The Rites and Wrongs of Spring 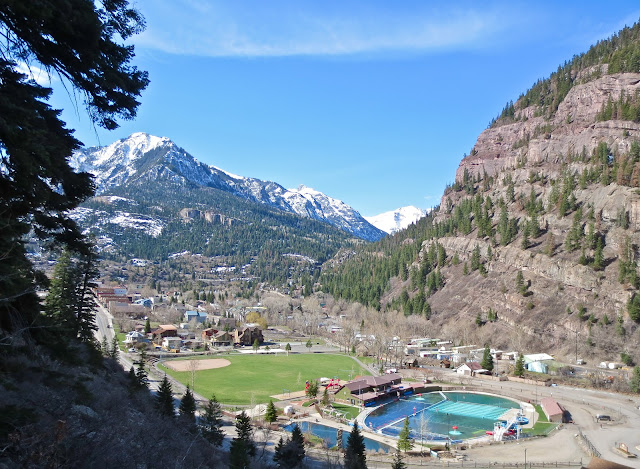 All was well in the land of Ray; this is what we came home to. Snow, yes, but retreating up the mountainsides right on schedule. Lower perimeter trails were muddy in places but at least open. The ballpark's outfield grass was spring green; kids in shorts nursed iced drinks, swung bats, and flung frisbees. Fido's, in a fit of surging hormones and spring fever, nosed the turf for lush bouquets of previous Fidettes, and the most romantic spot to leave a "Love Note." Apparently dogs can tell a lot about each other with such acute senses of smell. (Wow, I like to meet her at third base!)


But now it's back to snowmen, sledding, and hot chocolate for pale children of The Crevice, and, evidently, snowshoeing for sun-tanned Desert Wanderers. As for Fido's, the romance has all but been frozen out of peeing in the park, as grass is under an odorless twelve inch blanket of snow. Woof-Damn!


This was our first hike after arriving home to Lovely Ouray... 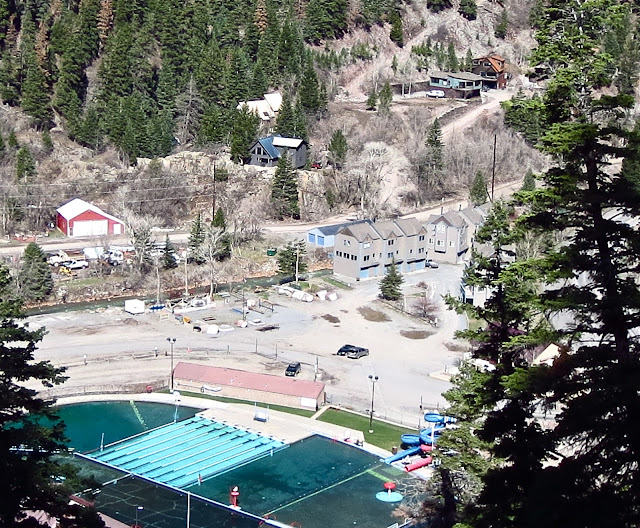 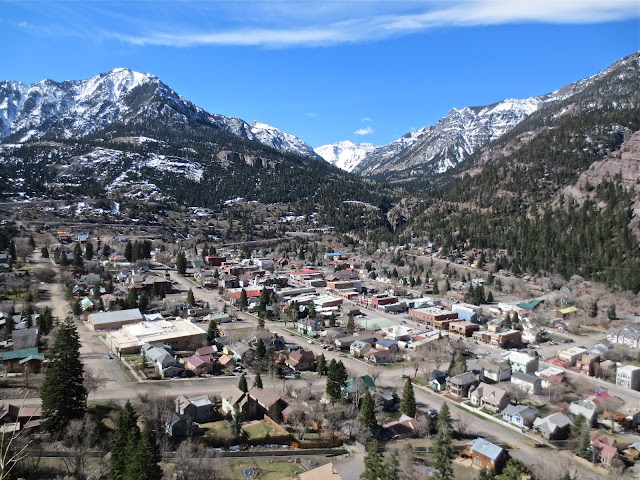 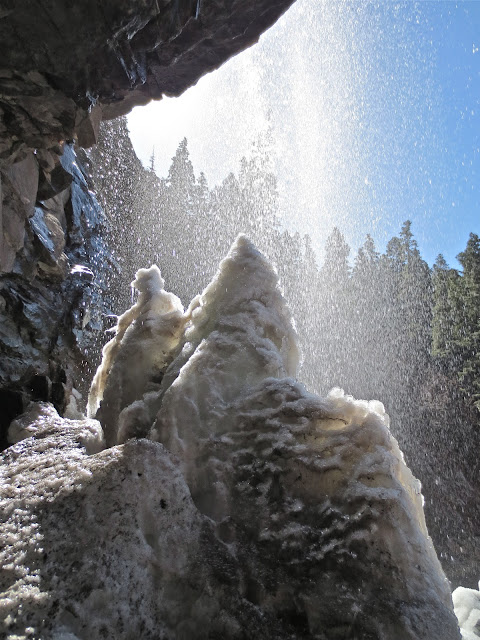 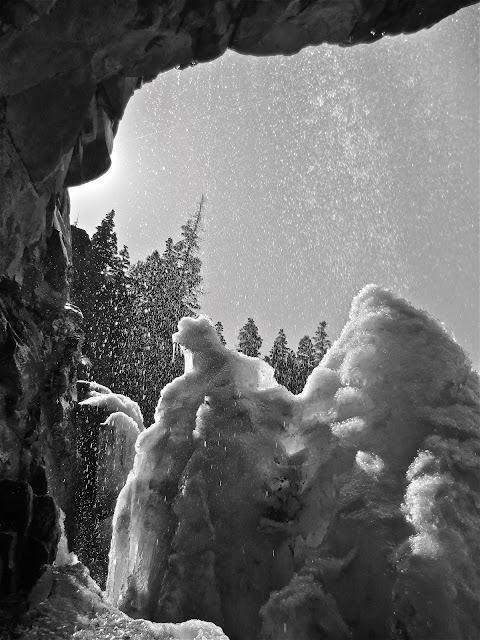 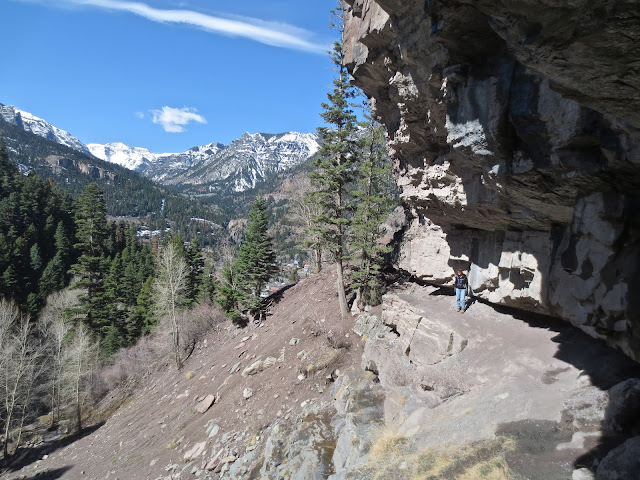 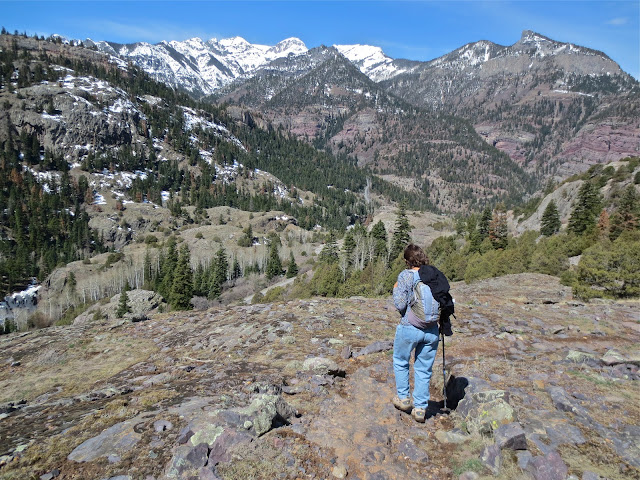 And now this! What hath God wrought? 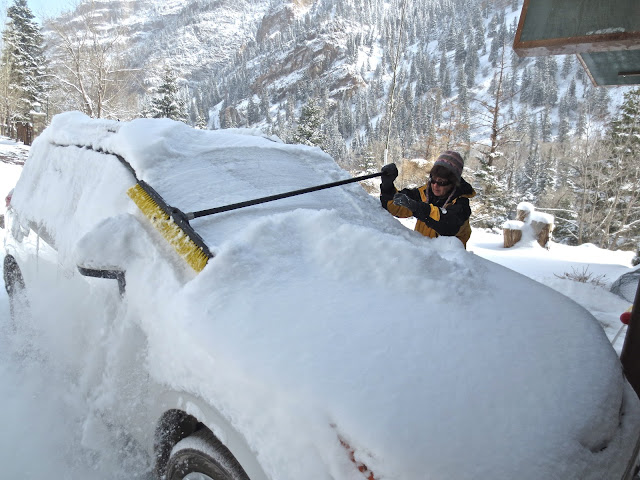 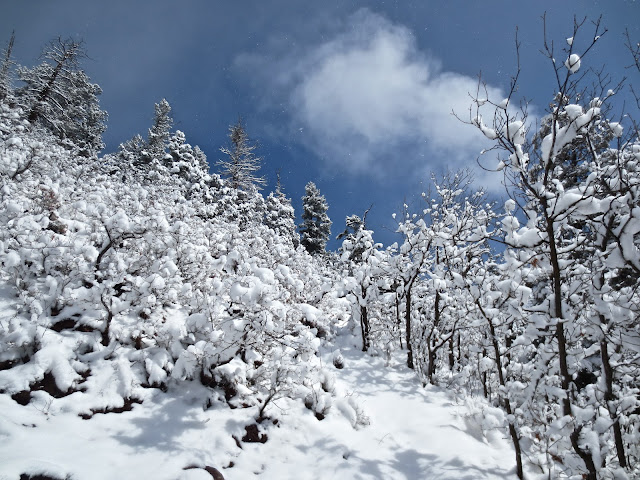