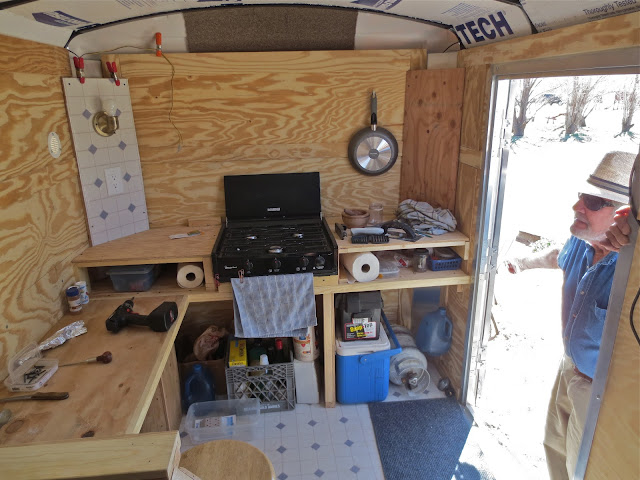 You meet the darnedest RV people way out in the middle of "Nowhere," Utah. Nimble, quick witted and spy for his 85 years, Doug Thompson keeps "Life" on the defensive by attacking. His name should be "Jack," as in "of all trades," as his "hats" include, author, former project manager, contractor, and developer. He even built the RV park we were staying in, and gave it to his daughter. Doug was in the middle of downsizing his RV lifestyle when our paths intersected at Cottonwood RV Park in "Blink-and-U-miss-it," Bluff.

We were looking for just two things after rolling out of Anazazi-ville...a place to "dump" Goldie's black-water, and our longtime friend John, a newly homeless "newbie" RV'er on his first solo foray. After several misconnections (how does one get lost in Bluff, anyway?) we found John off the main highway in Cottonwood RV Park. He's the one that told us about Doug...said "you need to meet this guy." Indeed. Talking to Doug renewed my faith that getting older doesn't necessarily mean getting old.

I noticed Doug outside his 30 something foot, dual slide fifth-wheel first thing the next morning, so I wandered over and introduced myself. He was putting the finishing touches on installing a little TV on the back wall of a brand new six-by-twelve foot utility trailer. It was obvious that he was turning it into a travel rig of some sort, so I asked for a "tour." 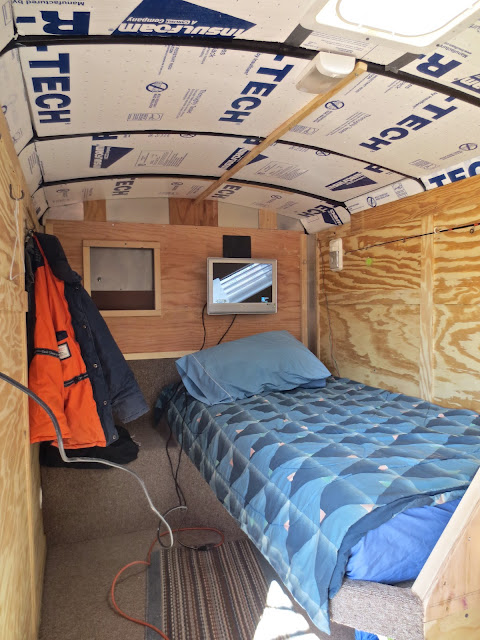 My immediate intention was to share photos of Doug's downsized rig with Pal Boonie... a left-brained, Pro vs Con type who seems to always be procrastinating over whether, and if so, how small, to downsize his own RV lifestyle. Lately he has been leaning toward taller, short-as-you-can-get travel trailers. But I know his eyes flutter when he sees a utility trailer conversion. I can see the attraction for solos (except for dogs) like Boonie and Doug. Their RV lifestyles have evolved to a "no frills, less is more" concept. I understand, and sometimes envy, the economy and mobility to be found in simplicity...but I'm married, for one, and I'm six friggin' feet, three inches tall with size fourteen feet! My shoes alone would require a utility trailer behind the Utility Trailer! Well, grab a bib and drool my austere friend, this is about as simple as it gets. All you need is a van tow vehicle! 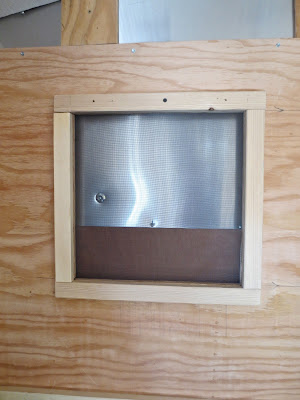 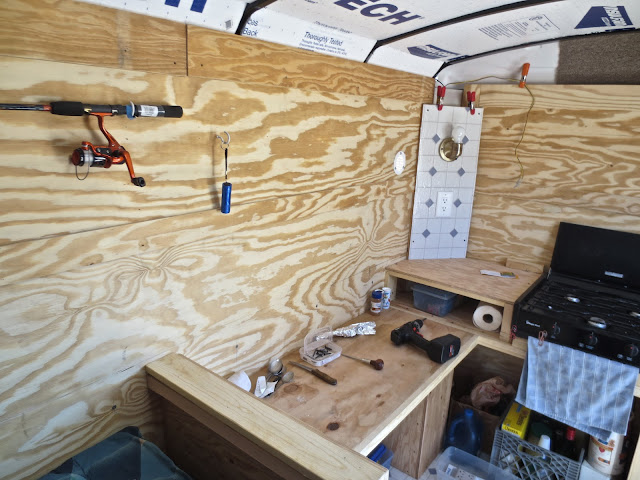 It's still a work in progress...but Doug has his priorities straight; the fishing pole has found its place :) 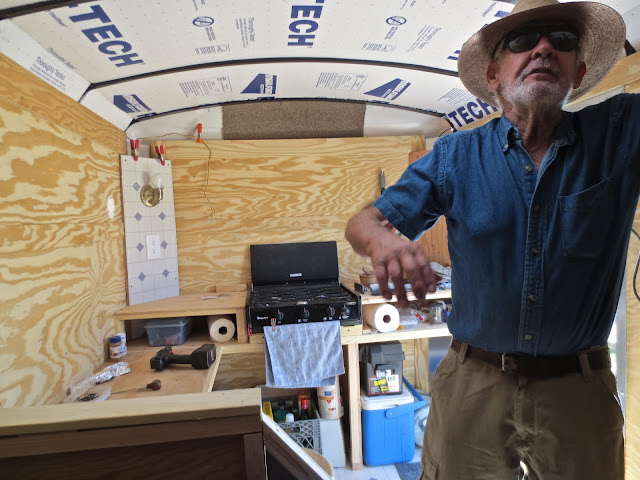 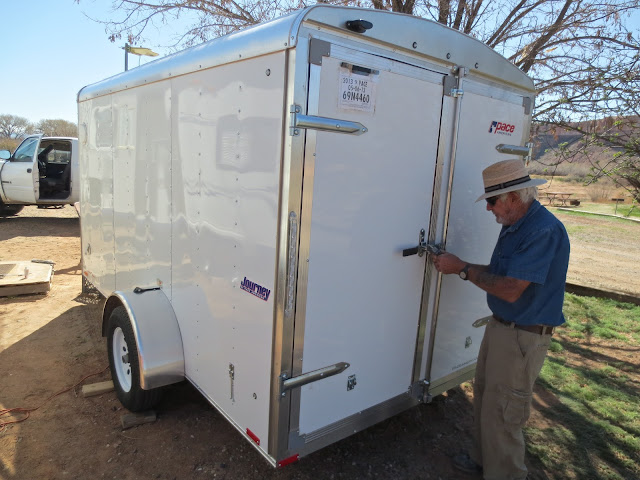 The difference in weight between his Fiver and new Utility Camper has Doug pretty excited because it extends his range. His plan is to wander east to New England and follow the colors south. This is certainly the best way to go in New England, or anywhere in the crowded east for that matter. Doug said he will have unlimited camping options with his Utility rig... from parking lots to Main Streets in cutesy downtown Bergs, to wide spots in backroads less traveled...even beaches. 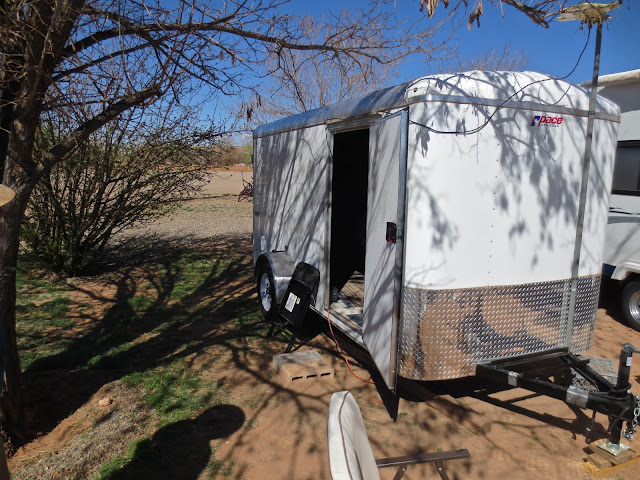 All Doug needs to do now is mount batteries, a solar panel, and a propane tank. If I am half as spry as he is when I'm 85, I might run out of retirement money. It's comforting to know I can downsize, economize and keep on going till the cows come home.
Posted by Box Canyon Blog.com at 8:45 AM