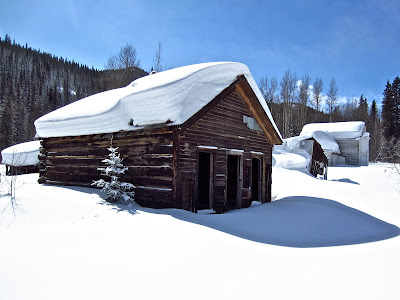 We finally woke to blue skies Saturday but the temperature hovered at one degree above zero. If it's not one thing it's another. The series of storms that pinned us indoors for several days roared eastward, intensified and spawned F 4 tornados; utter death and destruction, whole towns obliterated... just square mile after square mile of ruination.


All I had to deal with was a slight case of cabin fever; it drove me outside in spite of bitter cold. Bobbie and I grabbed our snowshoes and packs and headed up Red Mountain to revisit Ironton, an old mining townsite. There was about 16 inches of fresh untracked powder waiting for us up there, but I had second thoughts as I watched wind whipped snow trail from surrounding peaks. I wondered what the cha-cha-cha-chill factor was. Finally we "ejected" and beat it into stands of spruce and aspen where it was actually tolerable. I can just hear all the Snowbirds down south cackling with doubt. "Pleasant" is a relative term.


We stopped and wandered through the old cabin and building remnants of Ironton. I found some interiors wallpapered with old newspapers, a testament to the creative frugality of hard working miners and their families. Most people today have no idea of the real hardship of our forbearers. Let's face it, we've gone soft, lost our callouses along with our perspective. Times aren't too tough when one can dial up the heat with a finger, has a good roof over his head, an iphone, 120 cable TV channels and a late model car in the driveway. A "thermostat" in turn-of-the-century Ironton looked a lot like an axe, and transportation was contrary... had two big ears and pooped in the "garage." 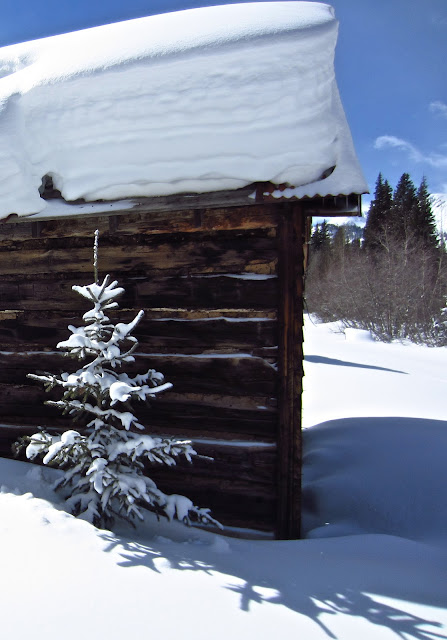 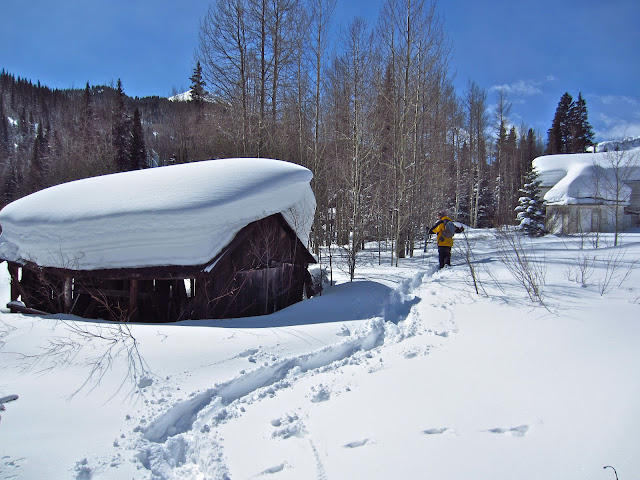 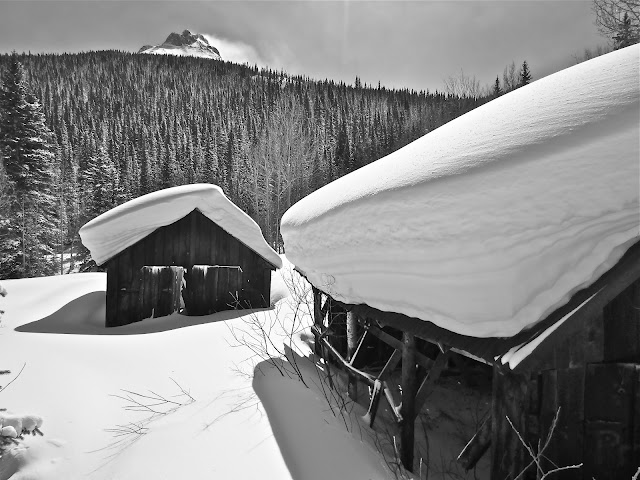 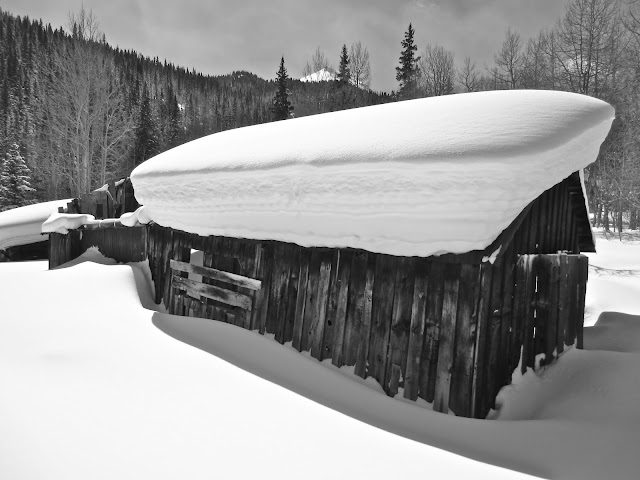 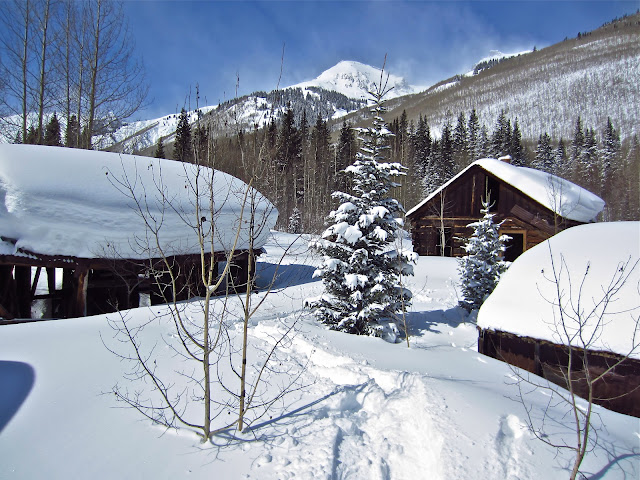 Posted by Box Canyon Blog.com at 7:59 AM