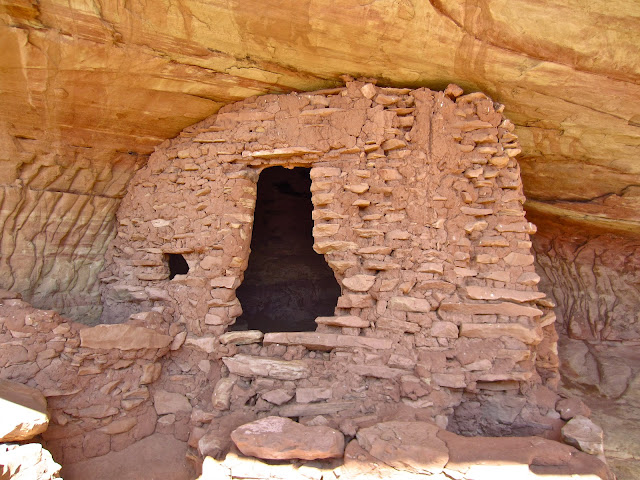 It's impossible to wander the red-rocked canyons and mesas of eastern Utah without stumbling across artifactual evidence of those who came before... from rusted beer cans with dated triangular "church key" openings, discarded in the 50's by Willy's Jeeping desert rats, to projectile points of arrows, slung by the atlatls of hunter/gatherers in 6,500 B.C.. Yes, "B. C.," back when the entire world's population equaled today's Denver metro and pottery was a new invention half a world away in the "cradle of civilization." Take a minute and let that sink in.


So this is what a true wanderer ponders as he respectfully explores Cedar Mesa'a sacred ground and walks in the footsteps of natives that predate him by 10,000 years. I think about how the world and it's inhabitants hardly changed over that ten thousand years... right up until a couple of centuries ago. Then BAM! an industrial and technological revolution explodes our once inexhaustible supply over demand to smithereens and accelerates us to the very brink of sustainability. Alas, what's new today is tomorrow old, so we throw it in the trash and haul it to landfills. A million or so years after our rush to self annihilation, "replacements" will pilfer our landfills out of curiosity and wonder what the hell kind of people we were.

I tread upwash... sweat pouring... making a careful way through snaky thickets... toward an overhanging south facing cliff that looks promising. I ponder the spiritual transformation when I go from urban population densities of 4000 people per square mile to less than one... how breathing comes easy when air is unpolluted by noxious fumes, noise and human exhaust. A triangular opening on the top end of a rusting beer can catches my eye. I kick it free from it's sandy tomb; water dribbles out... instantly swallowed by soil with a thirst greater than mine.

Not yet mid April, Butler Wash is hot, dry and inhospitable. NoSeeUm's plague my ears and annoy. But out here, tomorrow  could easily bring snow, blow and cold... thus the ancient ones that passed through were survivors, tested and tough.

Grabbing rocks and bushes for handholds I pulled up and out of the wash toward the overhanging cliff, and in so doing misplaced my hand next to an immature Gila Monster. His beaded exterior was jewel-like, right down to his short fat tail. Gila Monsters are sluggish compared to other lizards and having had an Arizona childhood I knew this guy was poisonous and that his bite was known to be excruciating. He waddled off a foot or so and eyed me from under a bush. I recalled that once a Gila Monster chomps down their powerful jaws don't let go. The best solution is to submerge them in water. It takes time for their venom work so trying to fling them off or pull away only ends up deepening a wound and better spreading its poison. Similar in toxicity to a Coral Snake, a Gila Monster's venom is not as lethal because of it's inefficient means of delivery, which is to chew as opposed to "inject."

I imagined a young Anasazi boy rushing down to the creek and thrusting the Gila Monster clamped to his hand underwater. He would be sick for a while but probably wouldn't die. My beaded friend stood his ground under the bush as I tried to get a decent photo. Then I left him alone and found my Cliff Dwelling. 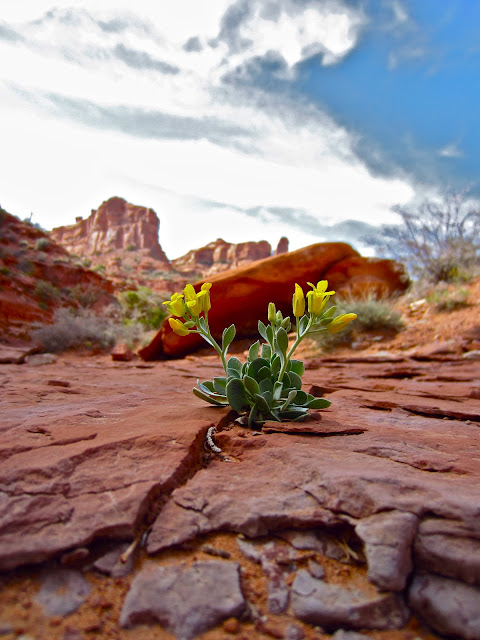 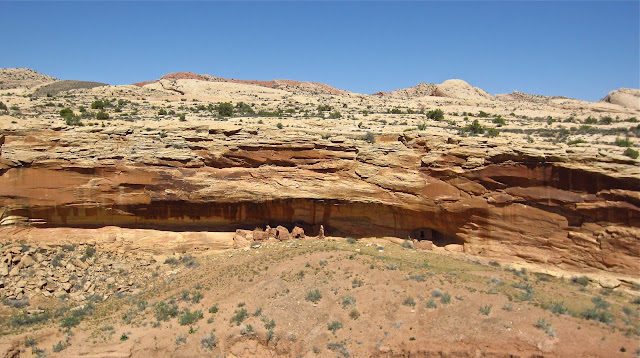 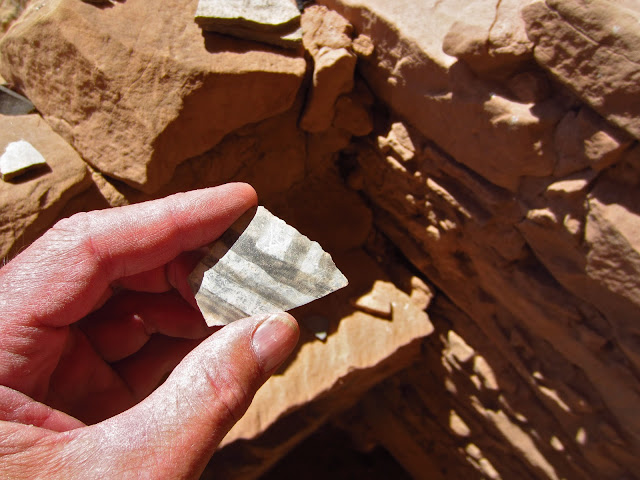 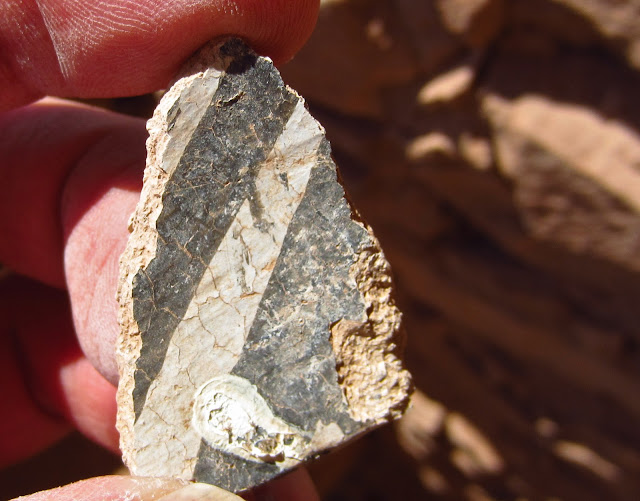