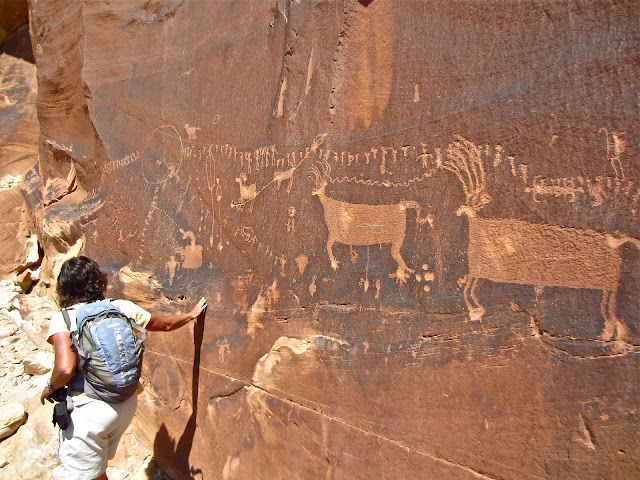 "Cerulean skies and deep vinaceous bands of sandstone become places of power. Pit houses dug in the earth and cliff dwellings hanging on ledges still house the Anasazi spirit. Listen. You may hear music inside their ancient earth architecture. I have - I think."
Pieces of White Shell, Terry Tempest Williams

It's amazing how much we can learn about the Ancient Ones by sorting through their trash, tools and art. I'm no Archeologist, but that's how we've been getting in "touch" with prehistoric Native Americans here in southeast Utah. It begs the question of what my trash, tools and art would say about me if unearthed ten thousand years from now. "Crude" and "unrefined" come to mind. Oh well, I'll be long gone so no offense taken.

This hunt for ruins was a spur of the moment thing... a diversion with purpose to indulge on our way back home from Sedona. I wouldn't exactly call us aficionado's of Indian culture, but I did purchase a rather large two volume set of encyclopedias on prehistoric "Americans" of the southwest after a fascinating tour through Mesa Verde. All lathered up with excitement we headed off to backpack through artifact rich Grand Gulch, just a few miles north of our camp here in Valley of the Gods. I never did read the encyclopedias... the print was so small.

This time we are winging it and it is proving to be hit and miss as we have no guide books with maps describing routes or ruins. The first day was a complete artifactual bust. Undeterred, we tried the next wash over (Butler) and after a couple of misses finally found archeological footing in side canyons that branched off from Butler to the west. There is "something" of interest in almost every canyon. On this day it was pictographs.

With no authoritative reference Bobbie and I could only guess at meanings behind these rock etchings, or perhaps under the surface is a better way to put it.  on one panel there was a very long string of people standing side by side. I guessed that every time there was an addition to the "family" they added another drawing. If that's true then this was a pretty large group. Later I wondered if it was a ruse to frighten off would be attackers, "Hey, we are many, so don't even think about trying to take our stuff."

Many of the areas inhabited by the Anasazi were repeatedly abandoned and then reoccupied. Possible reasons include, pressure (attacks) from neighboring populations, drought and resource depletion. Early bands of inhabitants were smaller in number and more mobile... you might even say they were wanderers, like me, or vice versa...


Enjoy your weekend! Get out of the house and do something different, unexpected... refreshing!
mark 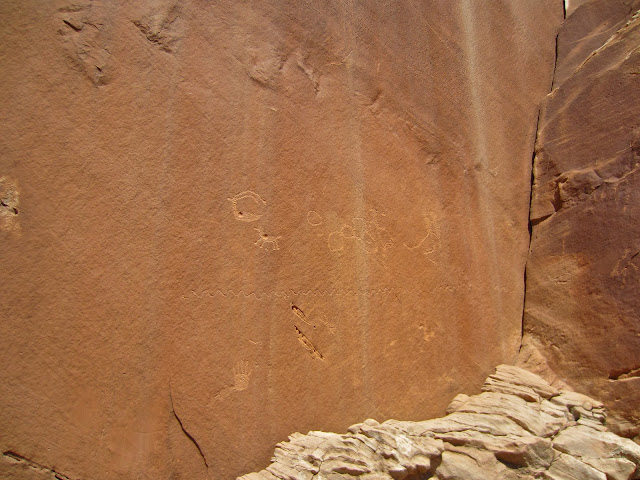 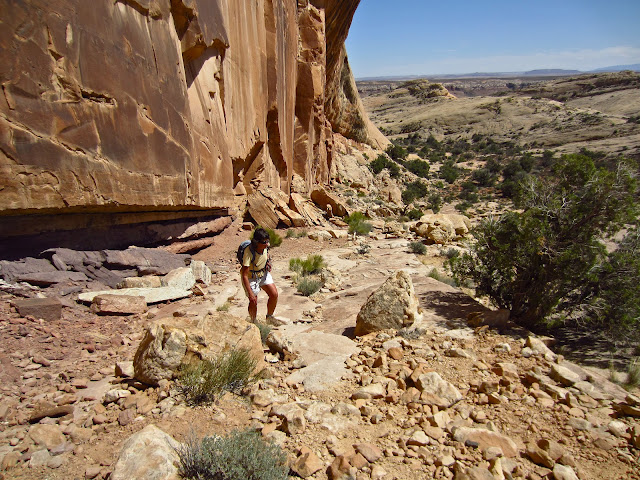 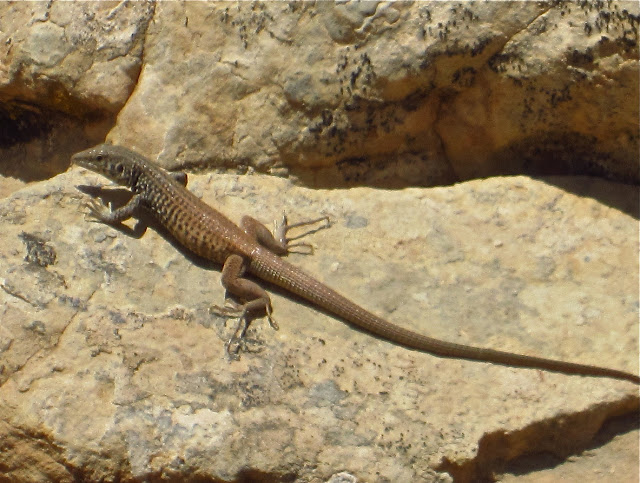 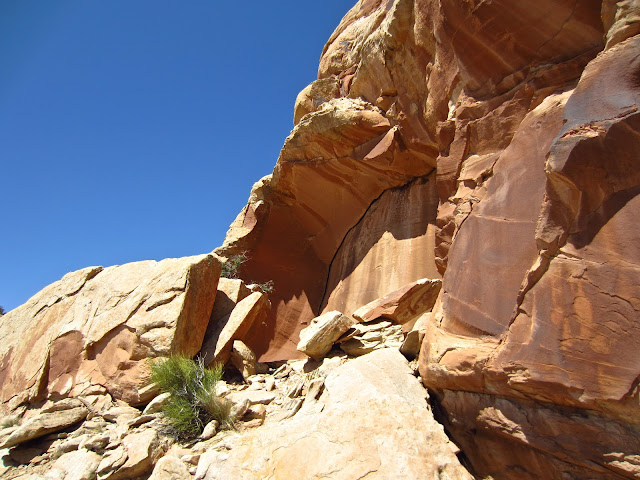 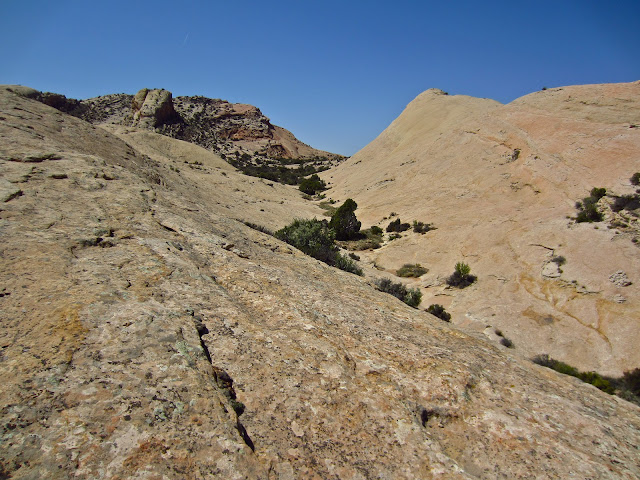 If you enjoyed the photos or thoughts on this post
please help out by clicking on the "f" (Facebook)
and/or "t" (twitter) box below
Thank you!!!!
Posted by Box Canyon Blog.com at 9:30 AM