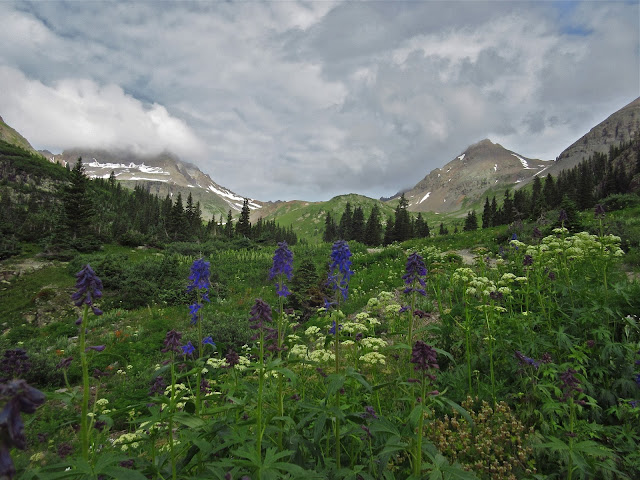 Busted. Monsoon season feels different this year. Normally, we have clear skies in the mornings and clouds build shortly after noon, with thunderstorms erupting by 2 PM. Most of those storms pass quickly; you can wait them out under a rock and then continue hiking. But this year things have changed, the "weather" is getting an early start. Take a couple days ago...
We got up early in order to hike to Blue Lakes Pass; it's above the wild flower heaven of Yankee Boy Basin. But less than a mile from the pass, at 10:34 AM, mind you, long rolls of thunder rumbled our innards. By 10:45 AM lightning was flashing overhead. We have been turned back so many times this year, either by snow or weather… three times from Blue Lakes Pass alone. It's frustrating.

But if one wants to live to hike another day, they need to dutifully turn around and call it "good enough" (sigh). 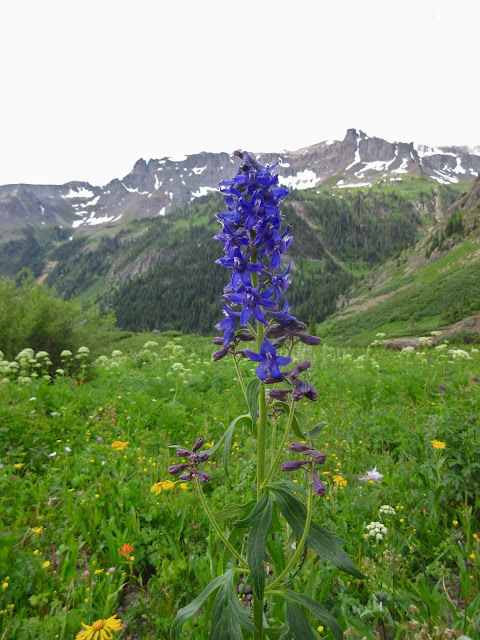 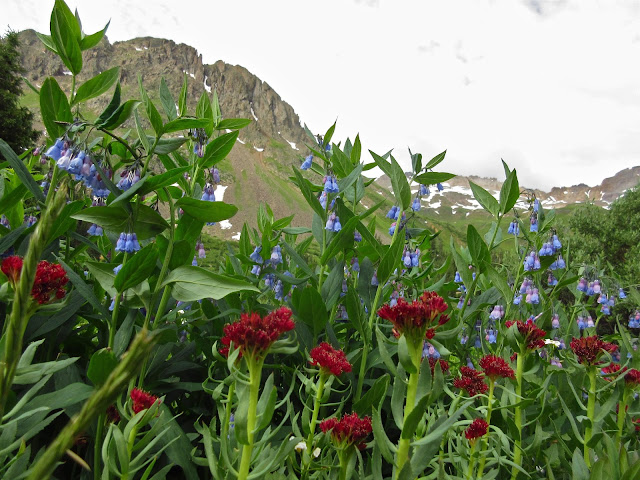 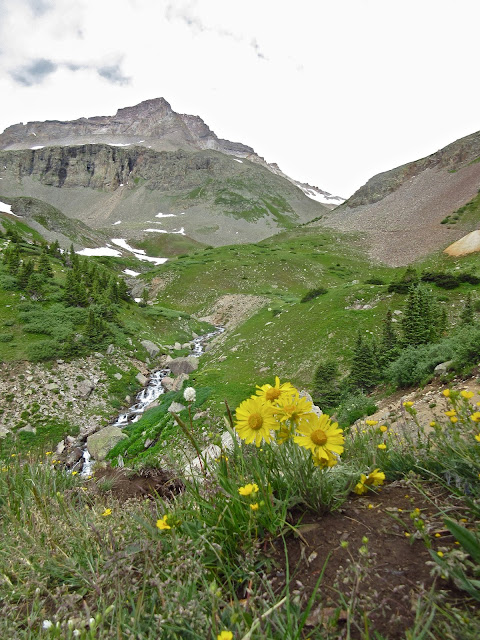 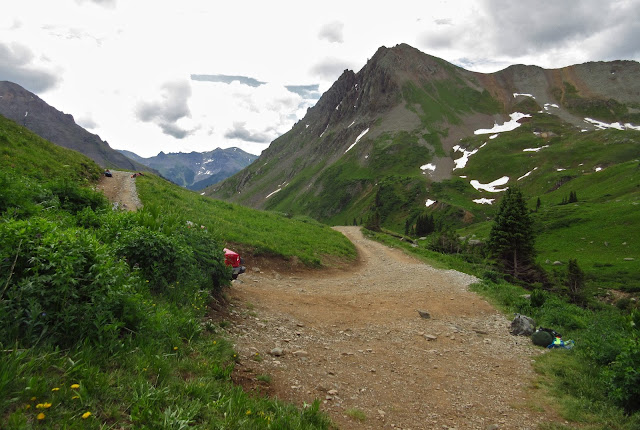 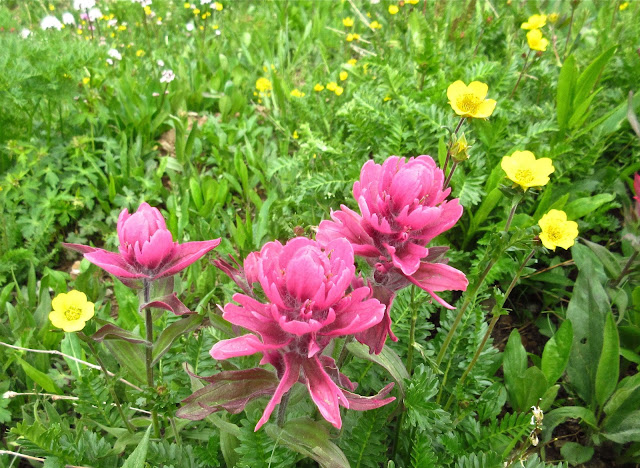 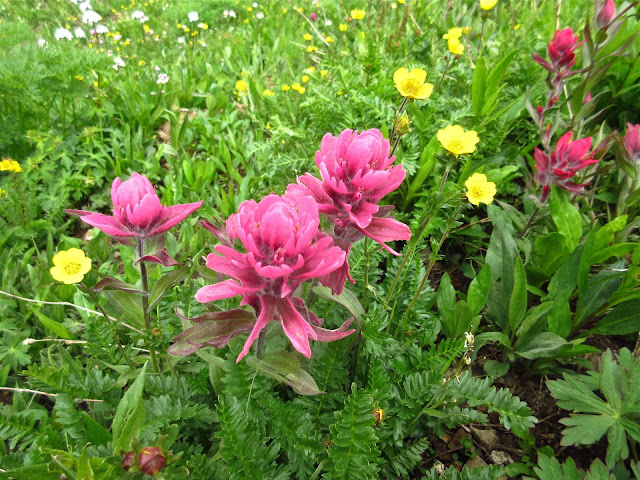 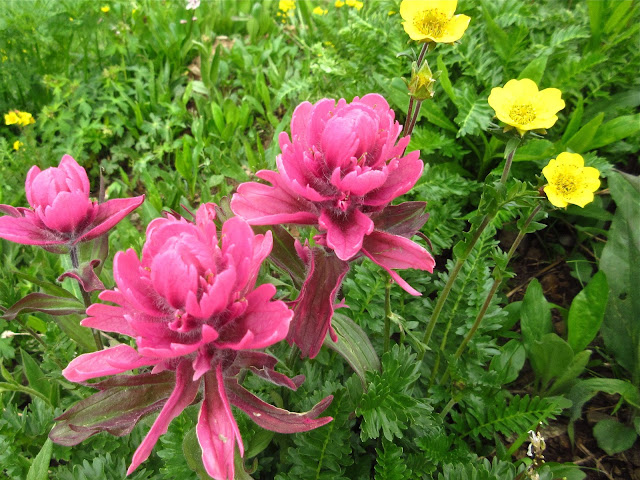 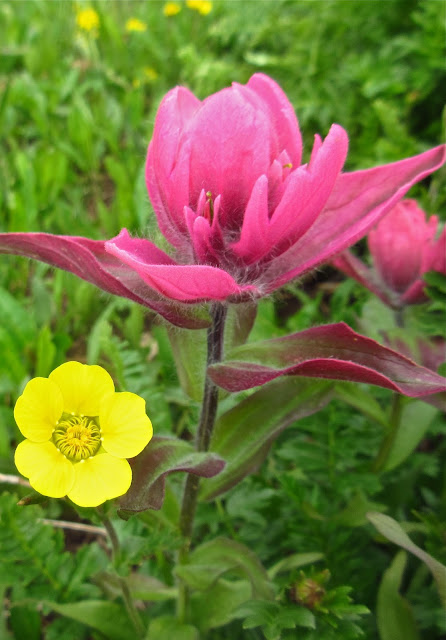 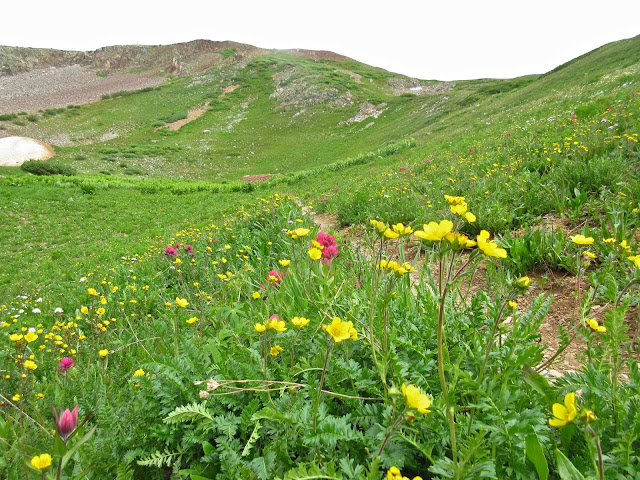 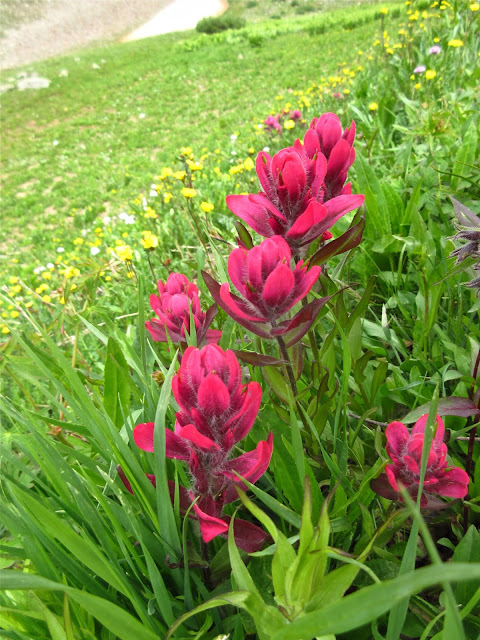 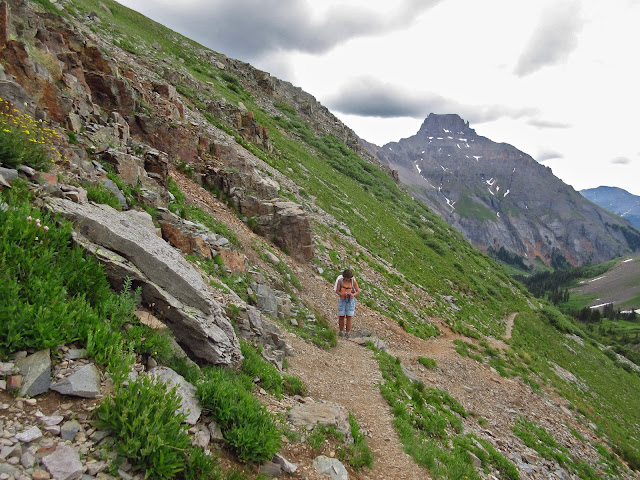 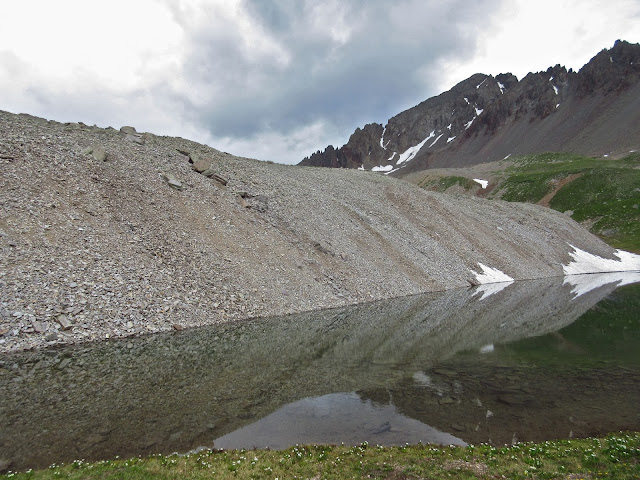 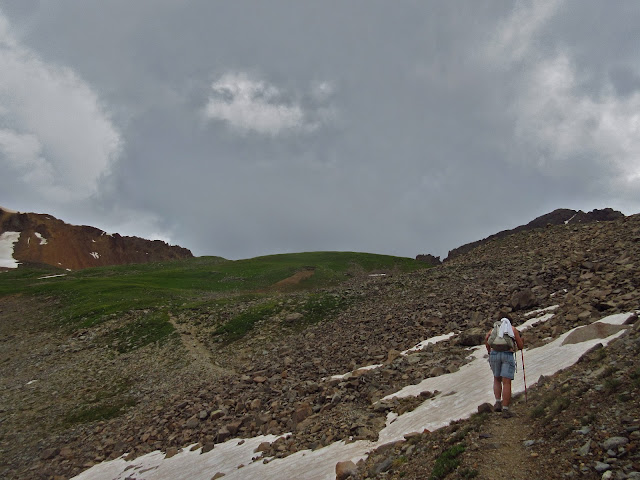 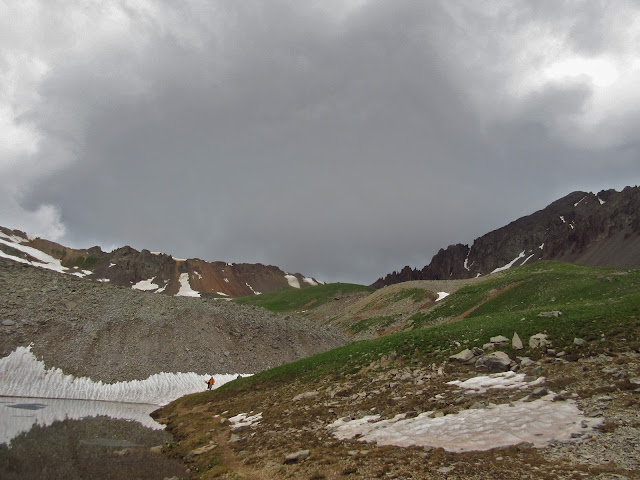 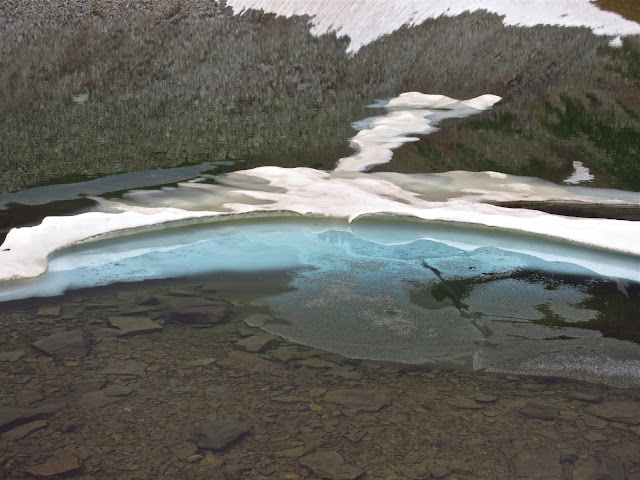 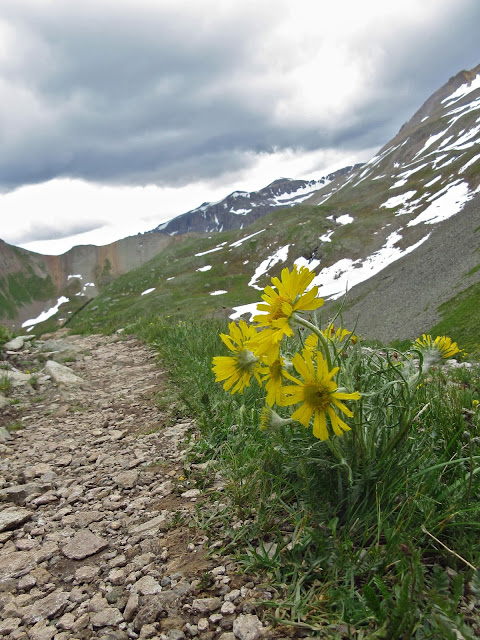 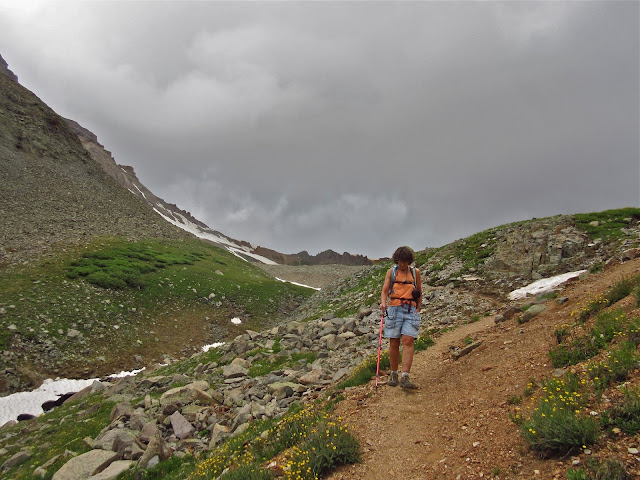 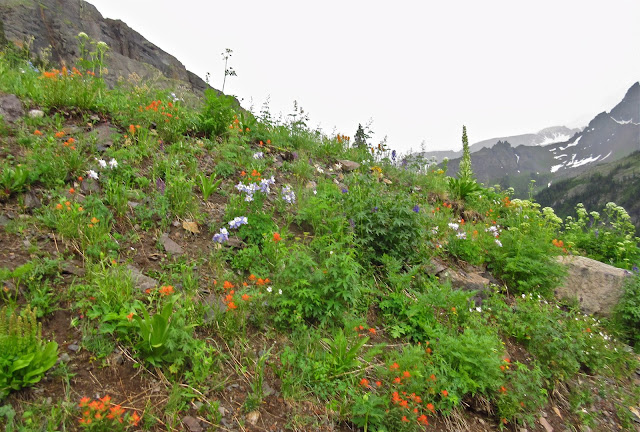 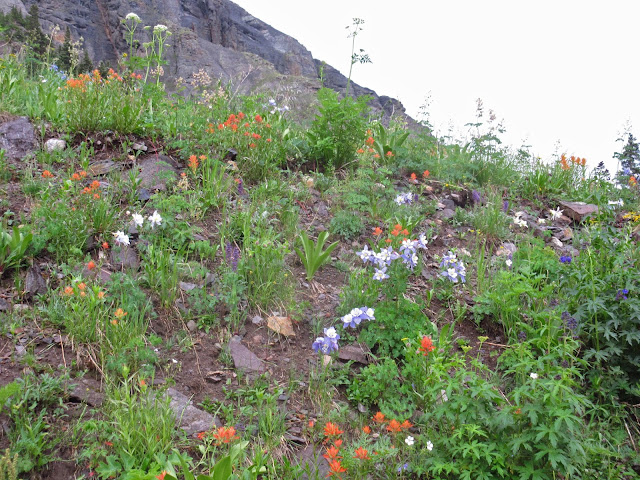 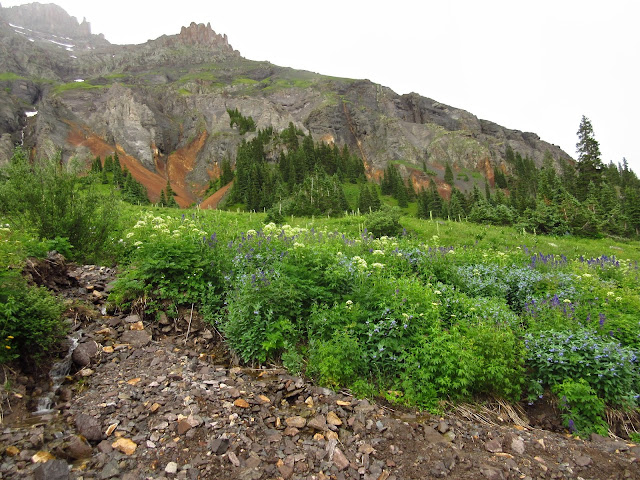 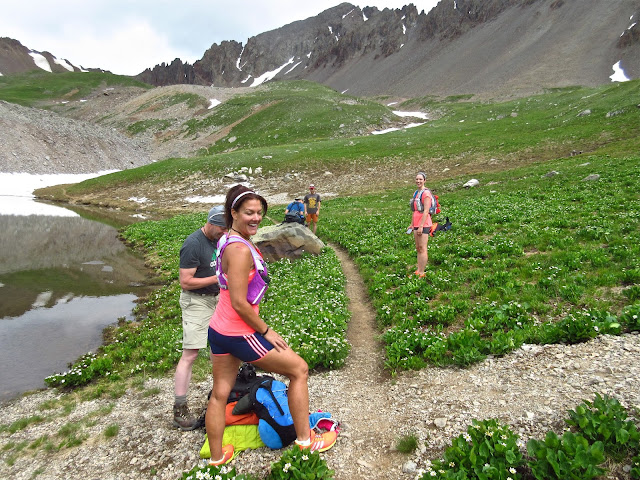 On our way to Blue Lakes Pass we came upon a Photo-shoot for Adidas shoes and outdoor apparel. The "models" would run up and down the trail while several photographers clicked away. As we were hustling down, running from the lightening, they were still going up into the storm. I mentioned that they might want to reconsider and get the hell down. It took a while, but they finally turned around. 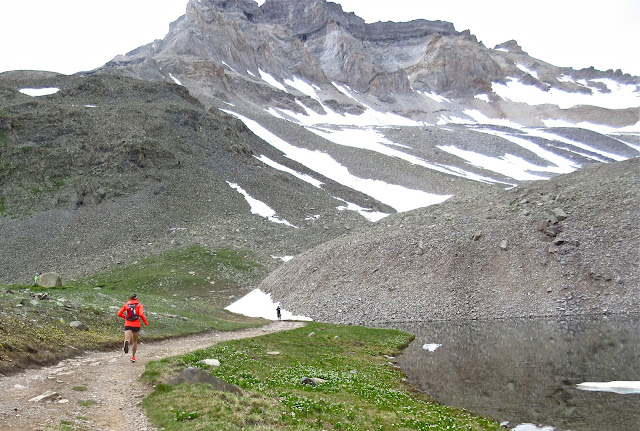 Still, as we continued down, other people were headed up… Lightening, thunder, spitting rain… Threatening. It never ceases to amaze me, people in shorts and t-shirts, no water, no rain gear, heading into the ozone for a family hike totally unprepared. Already this year several hikers have been struck by lightening in Colorado alone. Florida is the worst state for lightening fatalities, but Colorado is not far behind.
Posted by Box Canyon Blog.com at 8:34 AM