Like A Fourth Place Finish In The Olympics, and, RV Circles 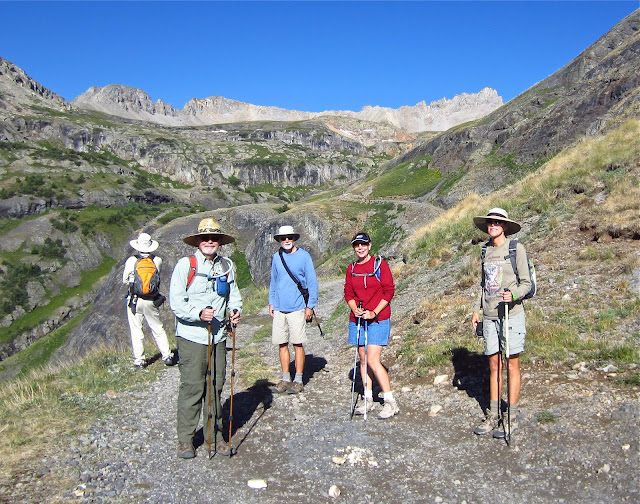 Imagine a lifetime of grueling "homework." All your friends are out having a good time... dating, partying, sleeping in. But not you. You have a dream that burns inside and hardly take a day off from training. That's the kind of dedication, discipline and perseverance it takes just to have a shot at the Olympic Games. Even if one makes it to the Games, what are the odds of placing first, second or third? Slim to none. Maybe that's why I'm noticing more and more Olympic Rings tattoos on participants; it might be as close as they can get to a "medal." And who could blame them for wanting a permanent souvenir, one that marks the probable apex of their athletic careers, something that says, "I was an Olympian!"

I wouldn't dare slight any one of the determined, focused young souls who make it to the Olympic games. Forget medal "expectations" for a minute and recognize that it's feat enough just to compete on the world's stage, be you a Michael Phelps or the unknown middleman on the Jamaican Bobsled Team. Kudos. You're all winners.


I find it difficult to watch the prelim process play out... the uncaring, impersonal knife-edged judgments of razor sharp atomic clocks that guillotines the hopes, hearts and dreams of countless youngsters... by as little as one one hundredth of a second. Oh the callous "thin lines" of high level competition, the anorexic one slim degree of separation between Olympic win and defeat. It much imitates Life, does it not? The "almost's" and the "oh-so-close" get nary a "cigar" for a lifetime of effort. Just a five interlocking rings tattoo bought with their own money, and the bittersweet memory of going to London but coming home medal-less, all because of a measly sixteenth of an inch.


This year I'm not watching the front runners fight it out for Gold or Silver, even when they are locked neck and neck in a homestretch battle. Their reward, fame and fortune are in the bag either way. To me, the crushing drama is not so much the race for Gold or Silver as it is the race for third... for the Bronze. That, is the all or nothing race, and it's sad to come in forth. Let me finish fifth, or last, but not forth; it would haunt me for the rest of my life. Again, the Games imitate Life; there are hard lessons. You might as well get used to them while you're young and strong.


******************************************************
As I write this, Jim and Gayle and Debbie are busy making preparations to depart our ledge in the Crevice. Not to abuse Olympic metaphors, but the five interlocking Rings are symbolic of people from all five continents coming together. Each summer RV circles seem to intersect here in Lovely Ouray, as well as out on the road. It's always a pleasure for us to meet fellow wanderers and then re-intersect as friends. There are a growing number of "regulars" that we look forward to seeing each summer. As stay-overs overlap, we get to play the role of common denominators by way of introducing people to each other. It's an opportunity to add more "rings" to one's RV chain, so to speak.


This year Jim, Gayle and Debbie overlapped with Boonie, John Q, and "Scamps" Eric and Maureen. Jeepers Chris and Mindy arrived armed with sweet corn picked fresh from their farm in Illinois, then met and shared it with everyone. We, in turn, introduced our friend Leonard (Marathon Man), who came along on a couple of group hikes, which qualified him for the informal food and beer get-togethers.


I know there are a few more readers who want to, or are planning on, stopping by for a visit or hike, and we look forward to that. Bobbie has become so recognizable (blame me) that she often meets BCB readers in serendipitous ways... sometimes at the Skol Gallery where she works weekends; sometimes on the remote trails in the middle of nowhere. Wandering people... traveling, intersecting in beautiful places, connecting... that's what it's all about. The more we expand our circles, the more "rings" are connected. The more people that go out of their way to risk meeting someone new... even when they seem "different," the more friendships get added to their "chains." And you know what? We're all "different." How boring if we were not. As our wandering circles overlap and intersect, we as people overlap and intersect.


As RV'ers, we share a common bond, the compulsion, if you will, to wander roads less traveled. It can be a disconnecting force. It can be an isolating force. So I would like to do a little plug for Boonie's pet project, if I may. It is rough around the edges, as most ideas are in the beginning. But I believe he is on to something, and that it is based on sound physio-socio-logical ground. Whether it be hiking, biking or simply "walking through woods on a snowy eve," motion is an excellent means, and excuse, for people to get to know each other. Most of us have mobilized lifestyles; we are free to come and go because one of our "houses" has four wheels. I'm not suggesting formality, nor "team" formation, nor a "Jim Jones cult caravan," just the occasional meeting of friends and potential friends who would be willing to go a little out of their planned ways. What an opportunity, to spend a few days "overlapping" in wondrous places like Zion, Glacier, the Pacific Northwest, Canyonlands, Tetons, Madera Canyon, the Sonoran Desert, to mention a few. We walk and talk, learn from each other, help each other, have fun, and then move on.


Bobbie and I enjoy spending Novembers on the outskirts of Zion National Park in Virgin, Utah. The Zion River RV Resort is a laid back upscale RV park that we really enjoy staying in. It's proximity is near to everything we hold dear in Climate and Nature, and it's only $425 bucks a month from Nov. thru March.


So far we have a couple, maybe three, RV'ers considering showing up. Nothing organized, you understand, everybody does their thing; we are simply there to walk, hike and bike amongst Zion's glory, then soak in the hot tub :)). That's all, nothing complicated nor obligated. I'm just putting out an offer... an opportunity... for "intersections," if you happen to be looking.

“People travel to wonder at the height of the mountains, at the huge waves of the seas, at the long course of the rivers, at the vast compass of the ocean, at the circular motion of the stars, and yet they pass by themselves without wondering."
~ St Augustine ~

And, by the way, there is Boondocking near the RV park on BLM land for those who are on tight budgets. Who knows, maybe even The Boonie himself will show up :)) You will be surprised to learn his bark is much worse than his bite.


Now for some never-seen-before photos of the Bullion King Hike with friends, John Q, Boonie, Debbie and Jim and Gayle. Whew, I'm finally getting caught up on the flurry of activity going on around here.


If this movie works, you'll see Jim's first attempt at glacading... only he does it on his butt!