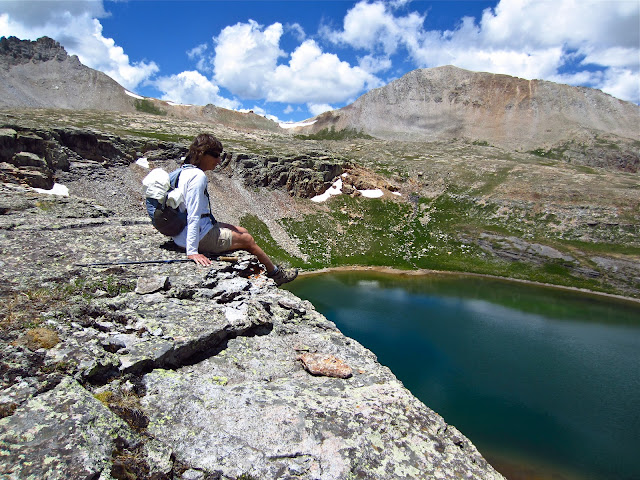 Man hath still either toys or care
But hath no root, nor to one place is tied,
ever restless and irregular, about this earth doth run and ride. He knows he hath a home, but scarce knows where;
He says it is so far, that he has quite forgot how to go there.
Henry Vaughn

I suspect a few readers of this twice-weekly rag identify with Mr. Vaughn's Bible-speak... the "Ever-restless" types, anyway. Thomas Huxley once lamented, "I am content with nothing, restless and ambitious... and I despise myself for the vanity, which formed half the stimulus to my exertions. Oh would that I were one of those plodding fools who... set their hand to the plough." Of course, there were no RV's when Vaughn and Huxley penned those poems... just covered wagons.


Owning an RV does not necessarily make one Explorer material anymore than taking a Caribbean cruise would. So how does one really know if they have the "genetic mutation," the predisposition to develop full-blown wanderlust? Well, here's my Top Ten list. You have the Wanderlust gene if...


You see, Nirvana-ville is a bit of a moving target for restless nomads. At first it glows bright... like a treasure chest full of golden coins and jewels. But all too soon, it grows tarnished by familiarity and routine. If this sounds familiar, you might want to be "tested" for STD's (Severe Travel Disorders); It might save endless soul-searching.


In order to be a true Modern Day Wanderer one must reject societal anchors of convention, things like regular jobs, home ownership, spouses, children... family reunions in Toledo, Ohio (gawd almighty). To be successful vagabonds one must be a seeker of the RV Holy Grail, a nebulous concept, really, which lends both to its mystery and the unending search. The RV Holy Grail is the "button" you can't quite put your finger on... that "something" for which there is a loss for words to describe. You fumble around with a simple direct question like, "Why would you sell your beautiful big house and move into a little accordion box?" You hem and haw, then throw up your hands and say something like, "If I have to explain it to you, you wouldn't understand."


The "drifters" of old knew when their "gold" was tarnished and that it was time to saddle up and move on down the road less traveled... kinda like how an alcoholic knows he's about to go on a bender. Me? I get a little short with people, like "Go away, leave me alone." I've perfected that look that says, "No Trespassing, Violators Will Be Shot Dead... Then Prosecuted." The problem with the search for the "Holy Grail" is that you must make sure not to find it, for that ends the "game."  You see, It's not whether you win or lose, it's that you Play; it's not the kill, it's the hunt. It's not the destination, it's the Journey... the wonderful, but often false, sense that, "I'm moving, therefore I progress." Alas; if "growth" was only that simple. The dirty little secret is that some of us are really just running away from something. Hmmm, sounds like I better start packing :))


Sometimes it dims the soul of this wanderer, our over-populated planet... that seemingly all things novel have been consumed, digested, and shat upon the ground. There are no real frontiers to brave anymore... no "virgins" to soil; just the poo of previous tourists, waiting to fill the recesses of my Vibram Soled boots. Don't believe me? Look at what's being done to Everest, for crying out loud. It's nothing but a giant porta potty on top of a landfill. I fear for our Nature... all the natural unspoiled places a motor and knobby tires can get one to.


I feel like I've been to Everest, though... several times, and I didn't think it all that cold nor hard to climb. You see, the "Far Reaches" now gets served up on HD flat-screens to the warmth and comfort of living rooms, be they "sticks and bricks" or slide-outs. Not only have "Mother's virgins" been soiled, they've been gang-raped by Expedition dot com pimps who pray on the not-quite-extinct hunter-gatherer instinct to slay a Wooly Mammoth, live in a cave, and subsist on pine bark and wild berries... with Reality TV documentary crew in tow, of course.


We are but the puppy dog that sees his reflection in a wilderness lake as a wolf. In the absence of McDonalds and 7-11's, Nature and real exploration would eat us alive in less than a week, tops. Ah, pool boys and desk jockeys... donning spandex and Poly Pro tights to go out and play Explorer Man! The lengths we go to; such vain and comical attempts to scratch primordial itches. Lewis and Clark must roll with laughter in their graves.


From the depths of oceans, to land, to the far reaches of space... one fine day National Geographic is going to run out of new material. I just got back from a trip to Mars, you know; it had red dirt, some ice, and a few craters left over from extinct volcanos. Now, on to Pluto (yawn).


Here is Part II of our journey to Bullion King Lake and beyond. We were never more than one day's hike from fast food. 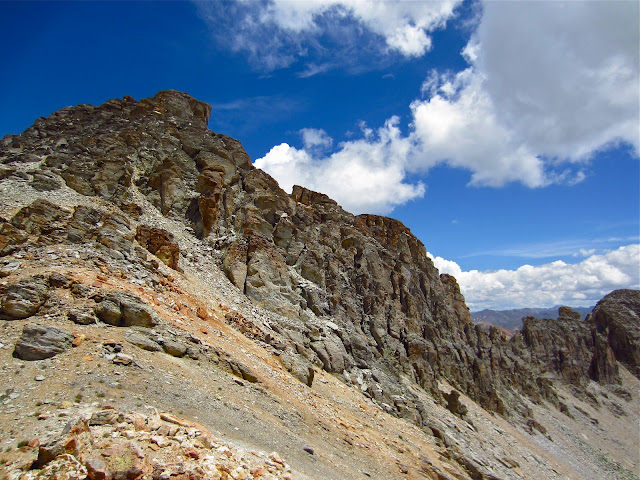 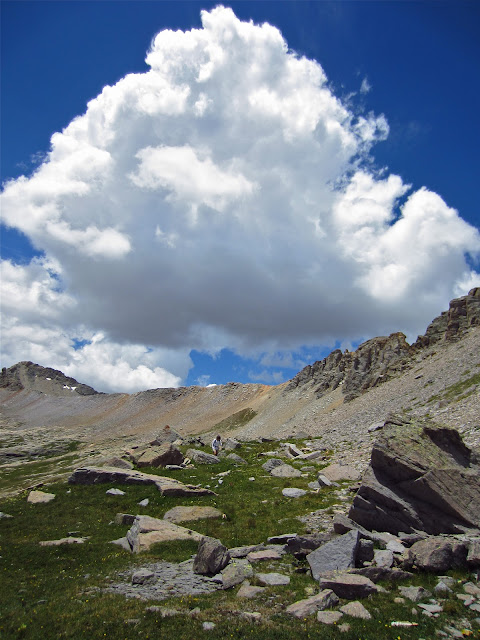 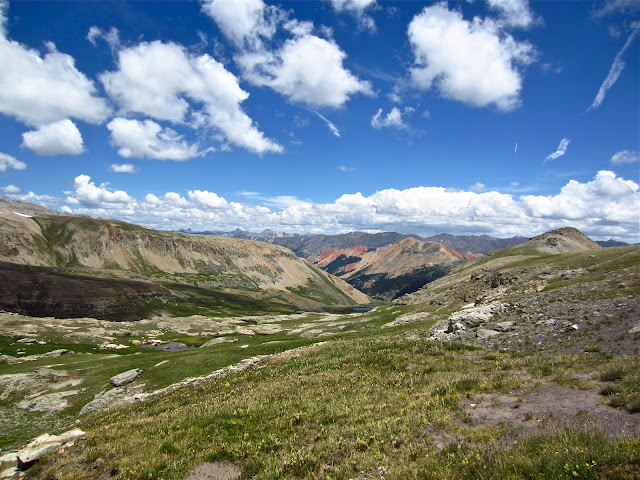 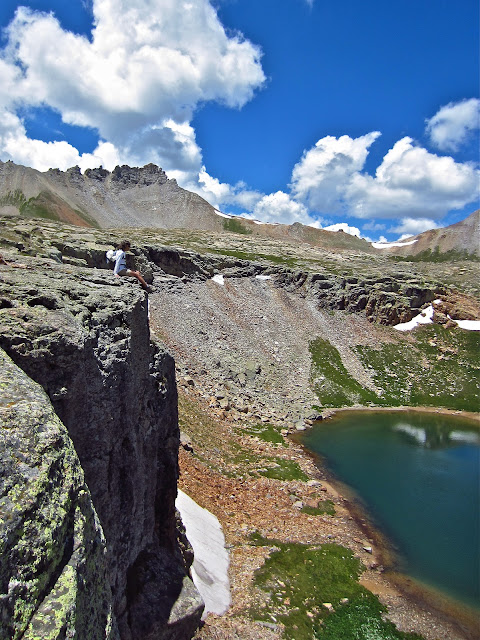 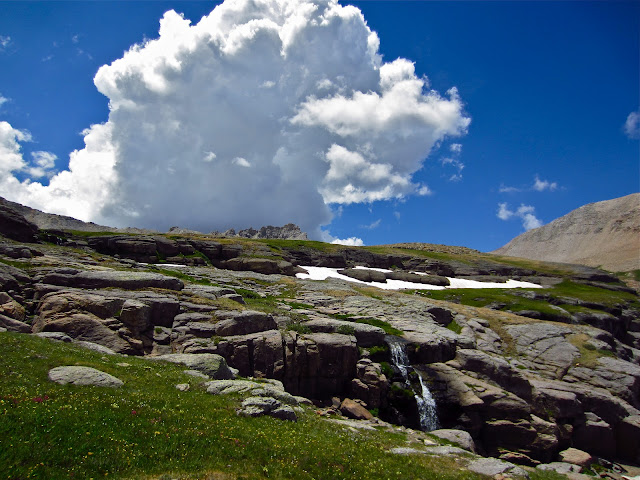 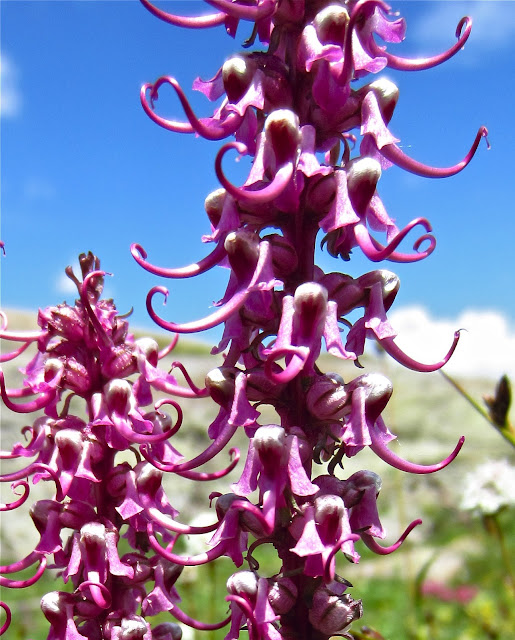 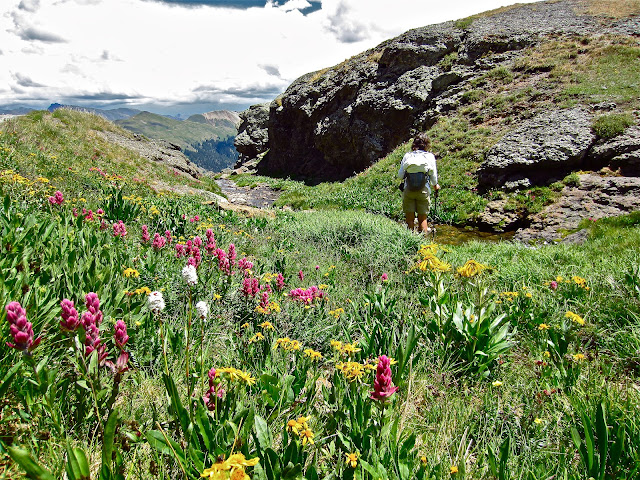 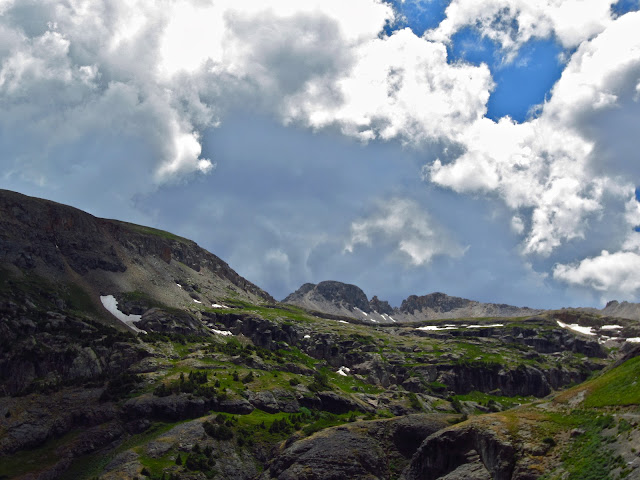 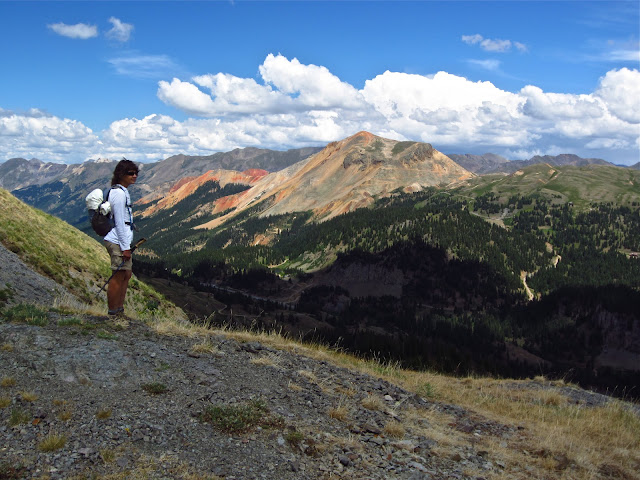 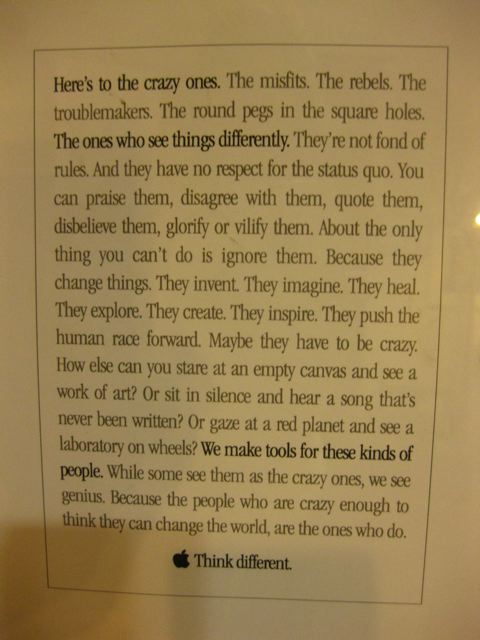 Hate it?
Then do nothing...