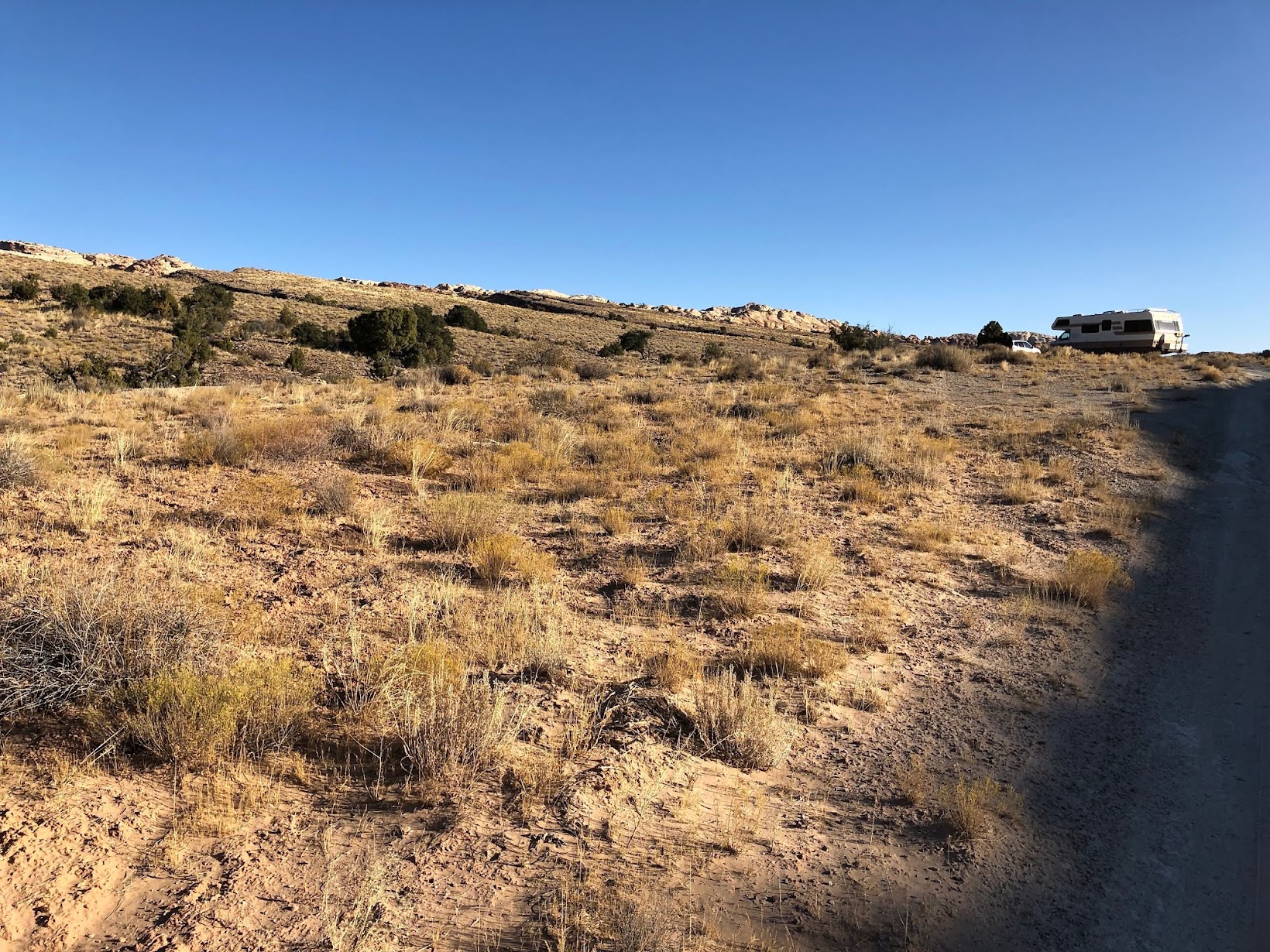 "Only by going alone in silence, without baggage, can one truly get into the heart of the wilderness. All other travel is mere dust and hotels and baggage and chatter."  John Muir


Every year, it seems, I reach a point where I wonder if the time has come to put the BCB out of our mutual misery...in particular, like now, when I fall far behind. Sure, I could just jump to "real time," I think...skip over all the visual and verbal detritus. But that would leave a gap in what we've come to rely on as a reference to jog memories that hold answers
to disputes regarding who/what/where/when/how, which, in the moment, seems of great import, but upon reflection a single day later, in the greater scheme which includes the Universe and our pathetic measly role we play in its order and enforcement of its laws of physics...well, our disputes seen rather trivial. 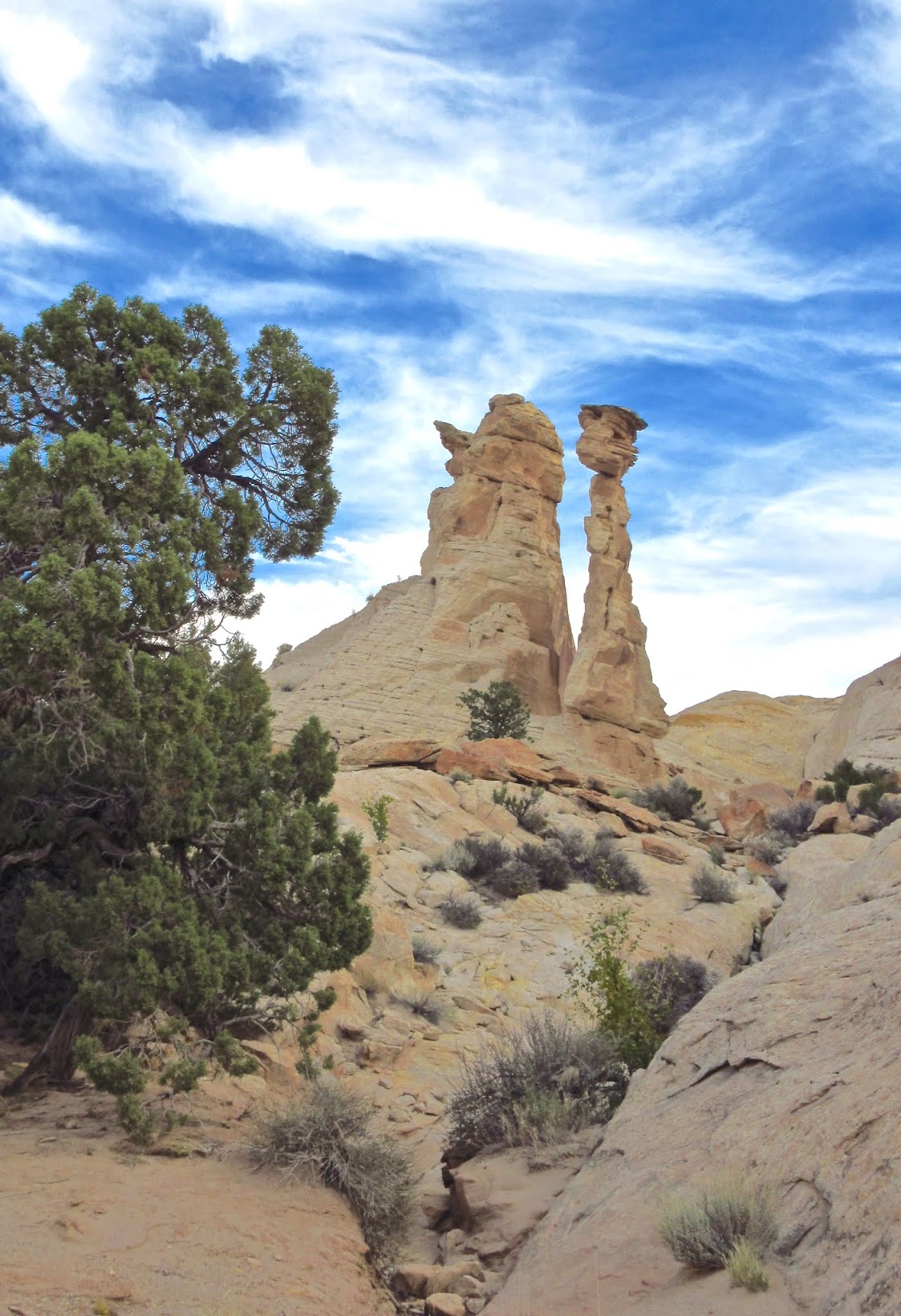 But, like the Universe, the muse goes on...for now anyway. If for no other meaningful rational than to serve as an arbiter of our who/what/where/when/how disagreements. 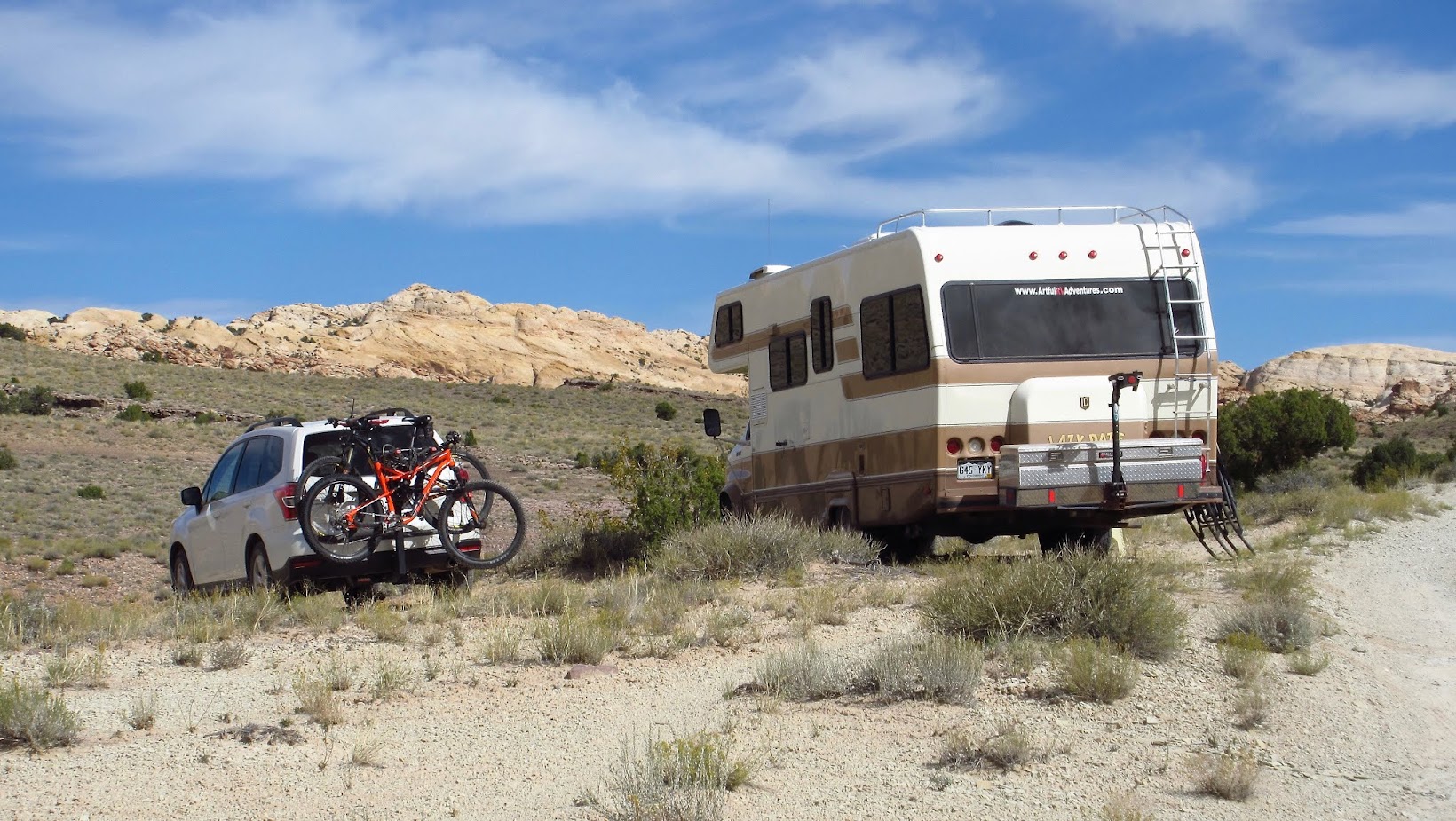 A mere 5 hour meander lands us in one of our favorite places. We are snuggled up alongside the San Rafael Swell. No phone, no tv, no problem disassociating from news, politics, and the ongoing meltdown and reversal of desperately needed environmental policies that play a significant role in just how long this good ole earth will support life. Thank you POTUS. 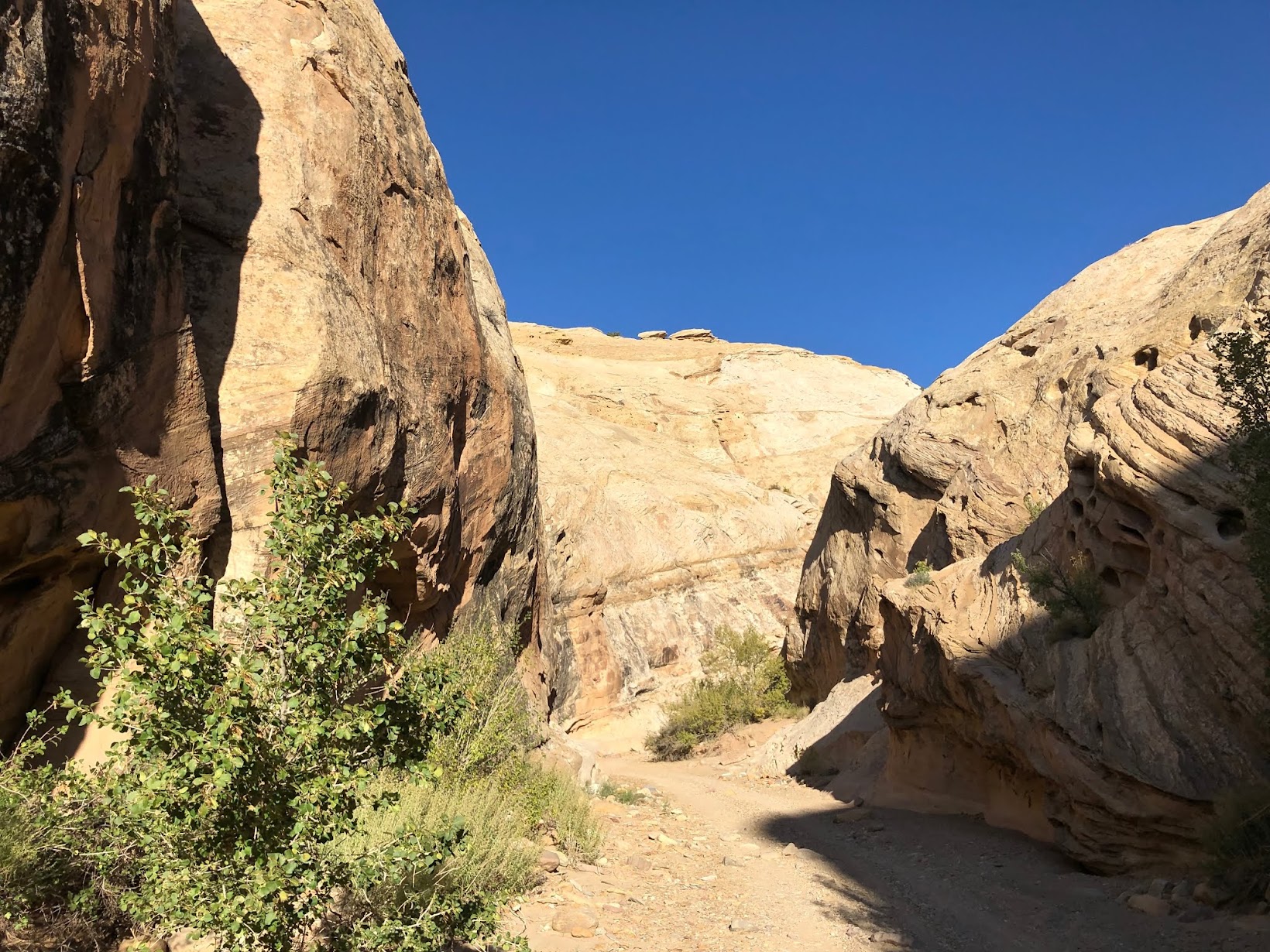 A crisp morning ushered in blue skies and a promise for afternoon warmth. Bobbie and I walked a scant 200 yards south and hung a right at the first canyon. The walls alternated between radiation of solar warmth and deepfreeze cold according to sun or shade. It was an eye-candy hike, which we somehow turned into a loop, my favorite kind. 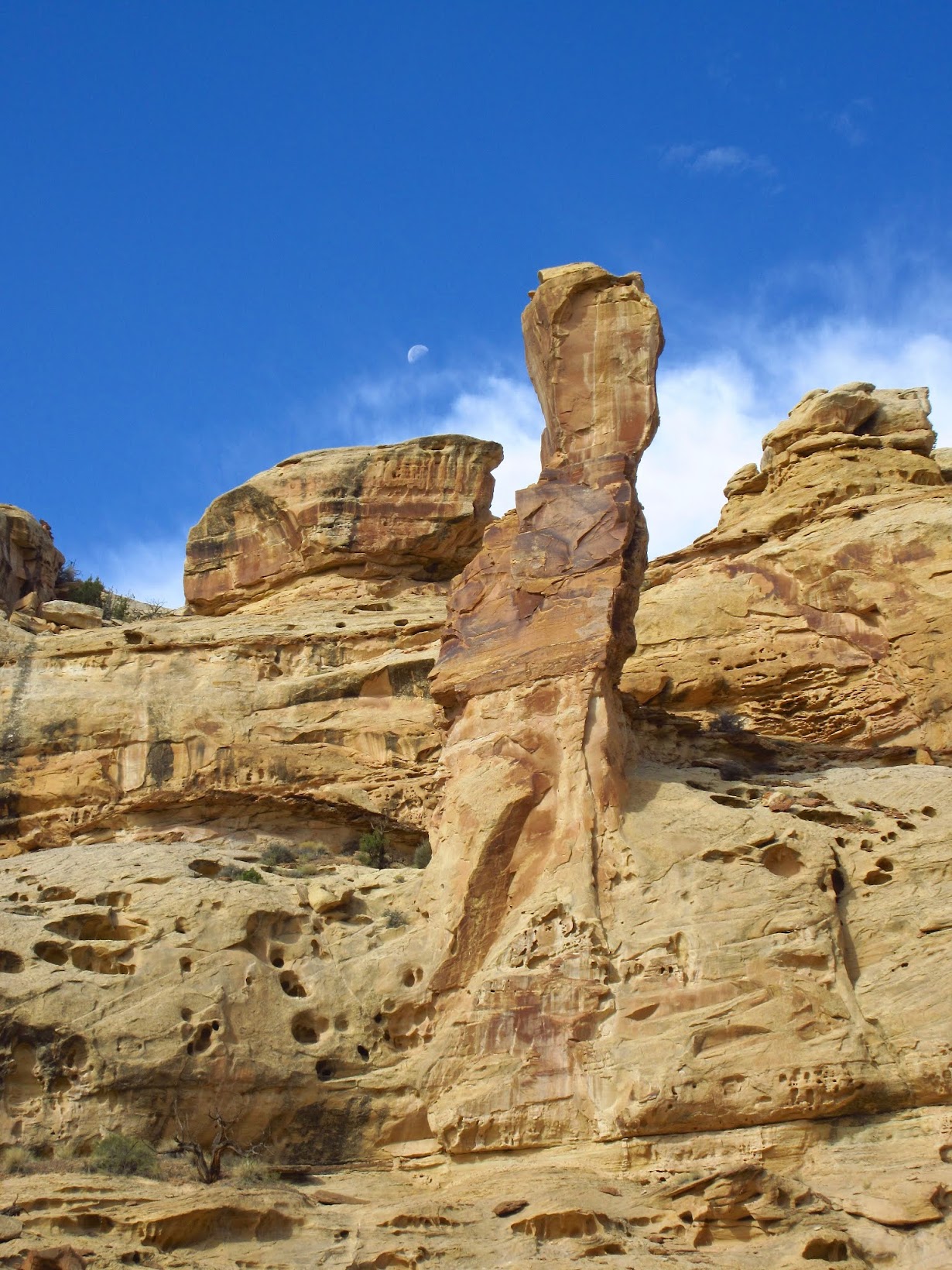 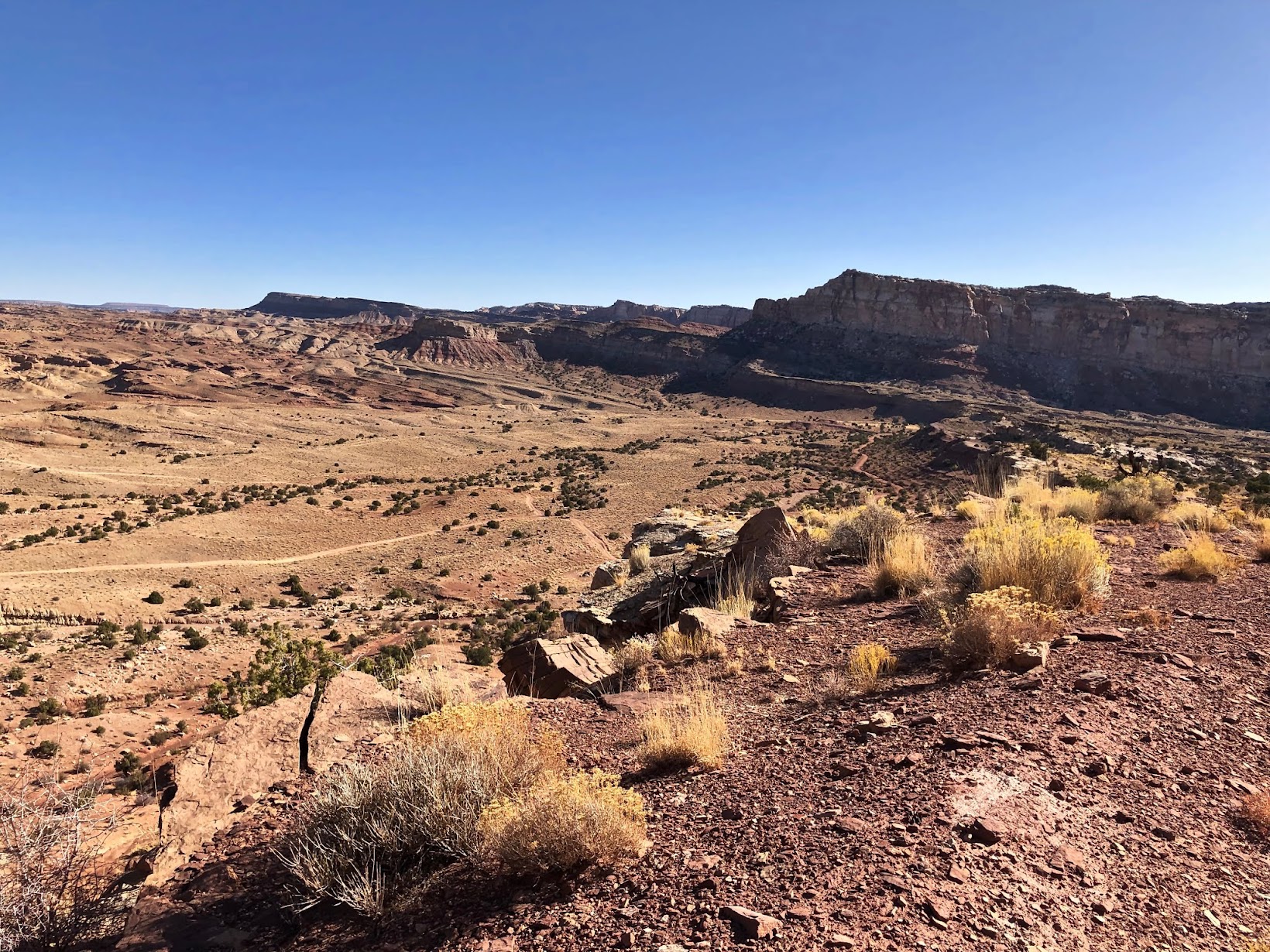 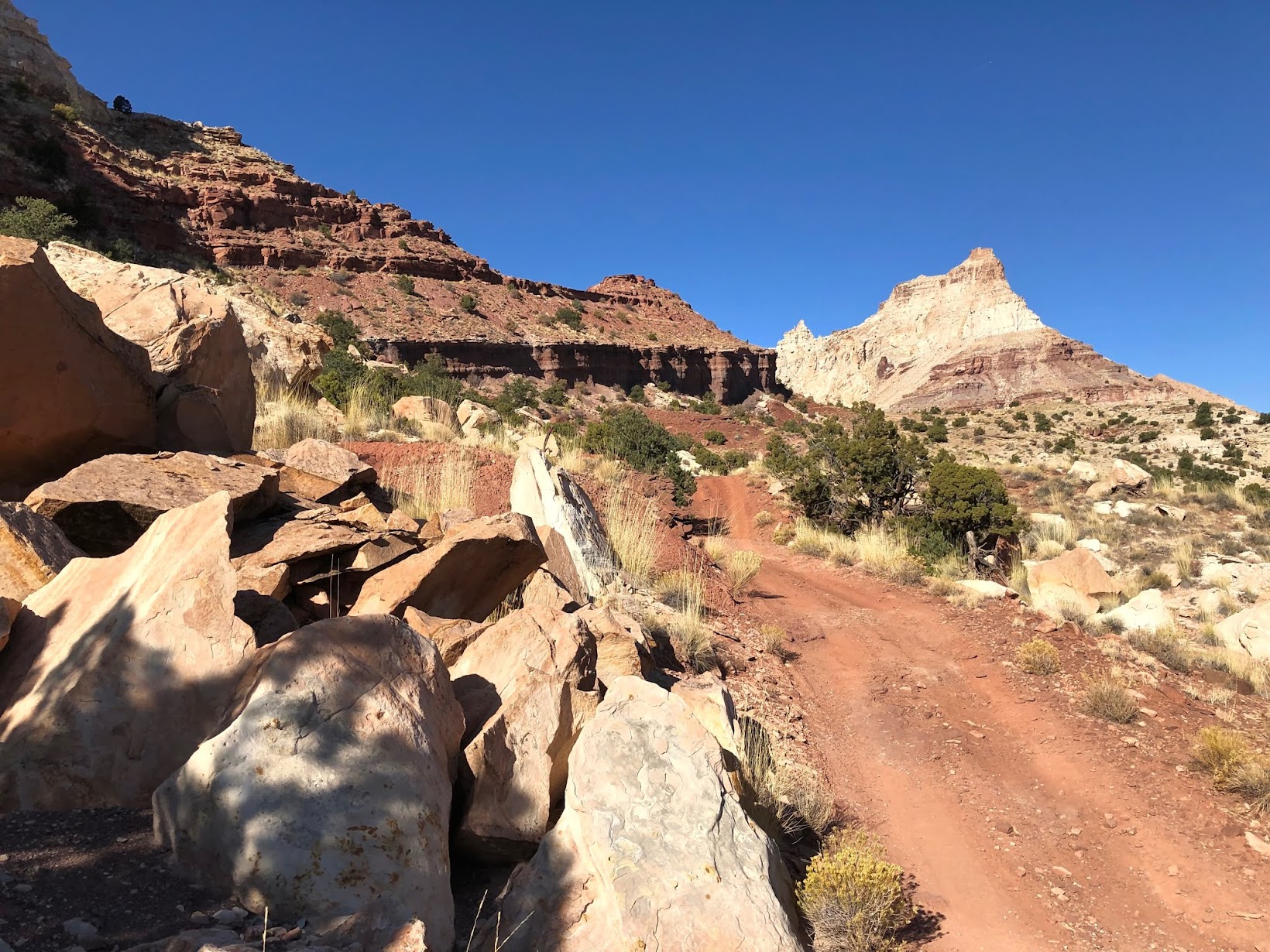 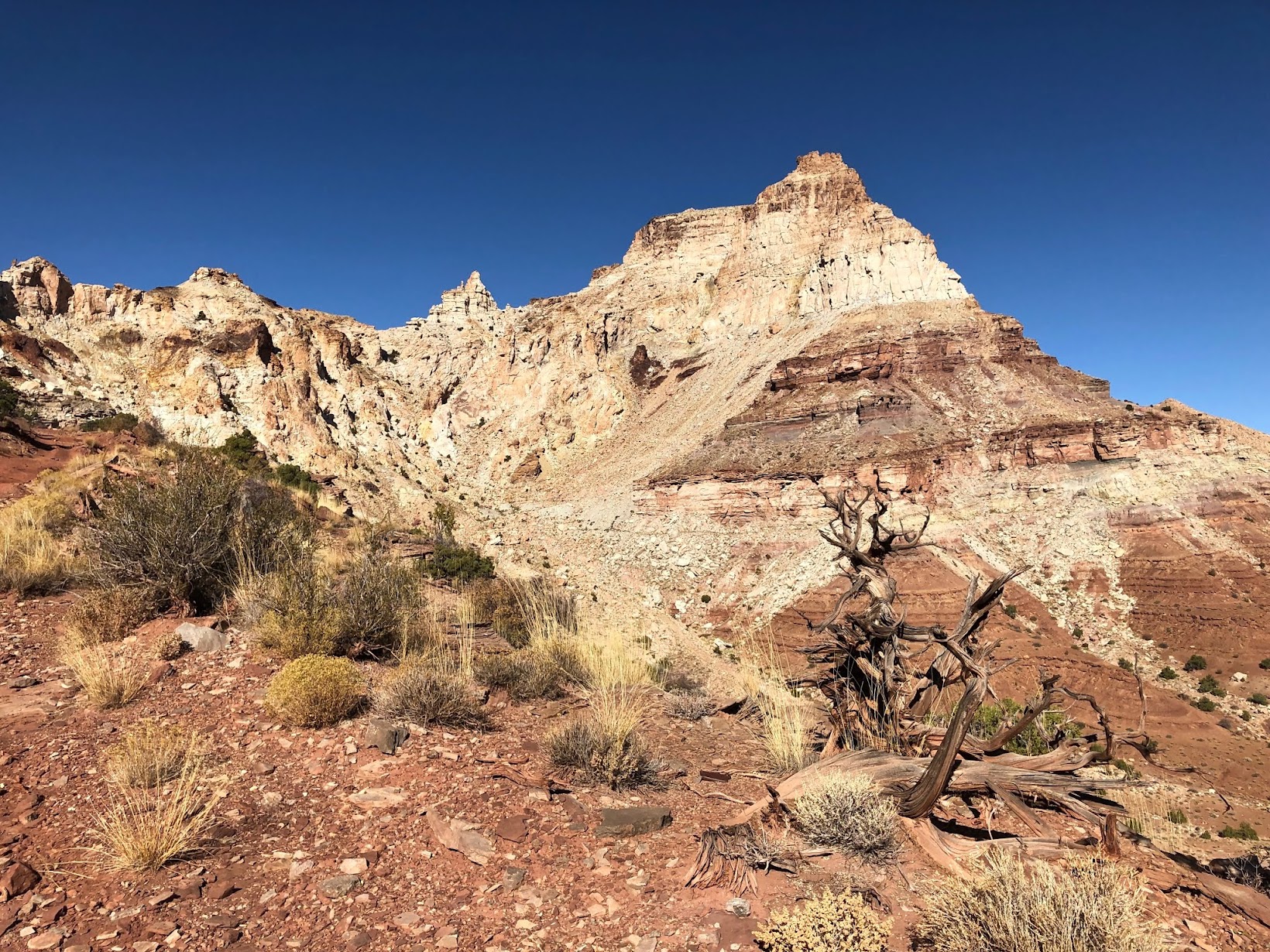 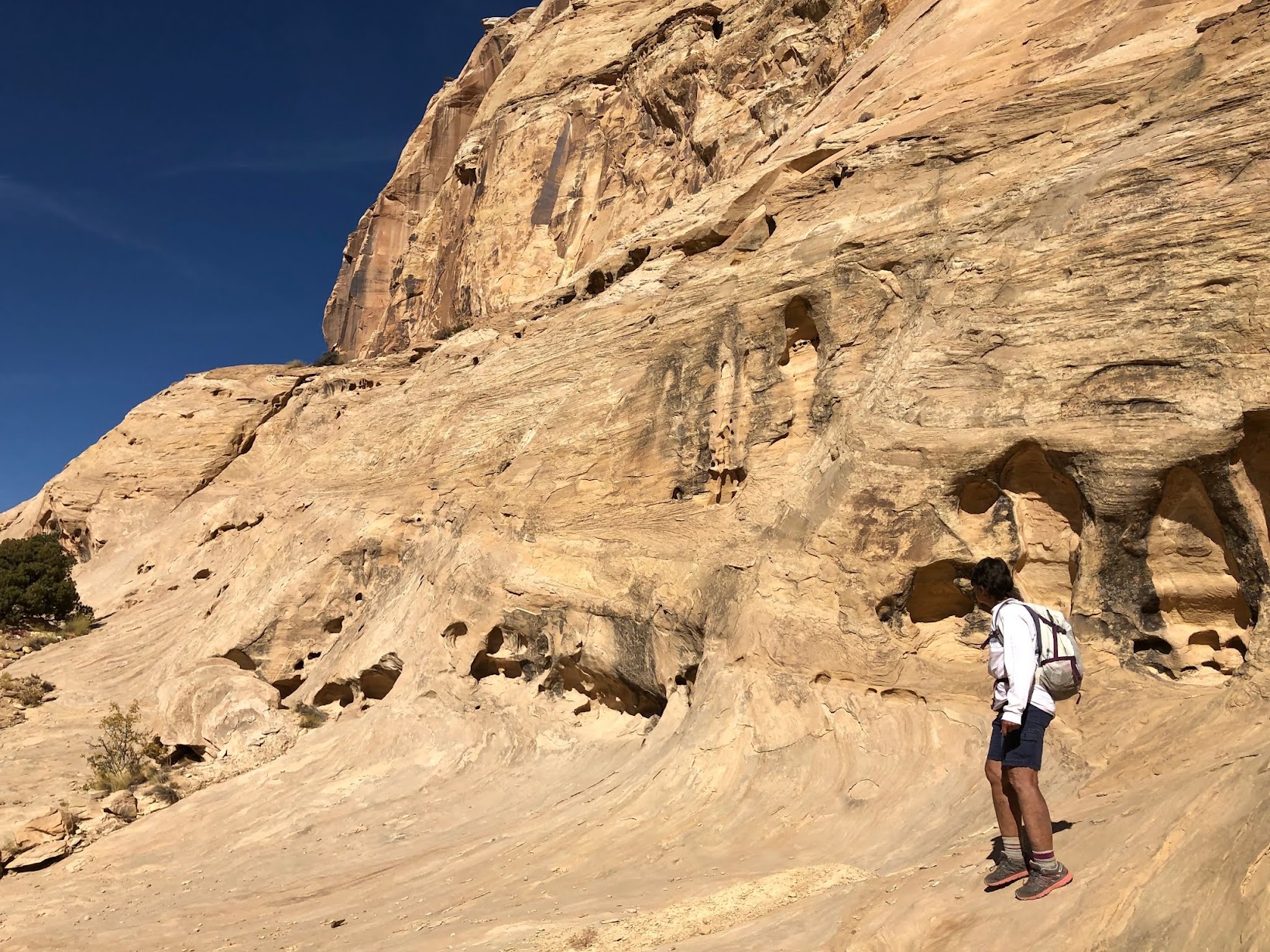 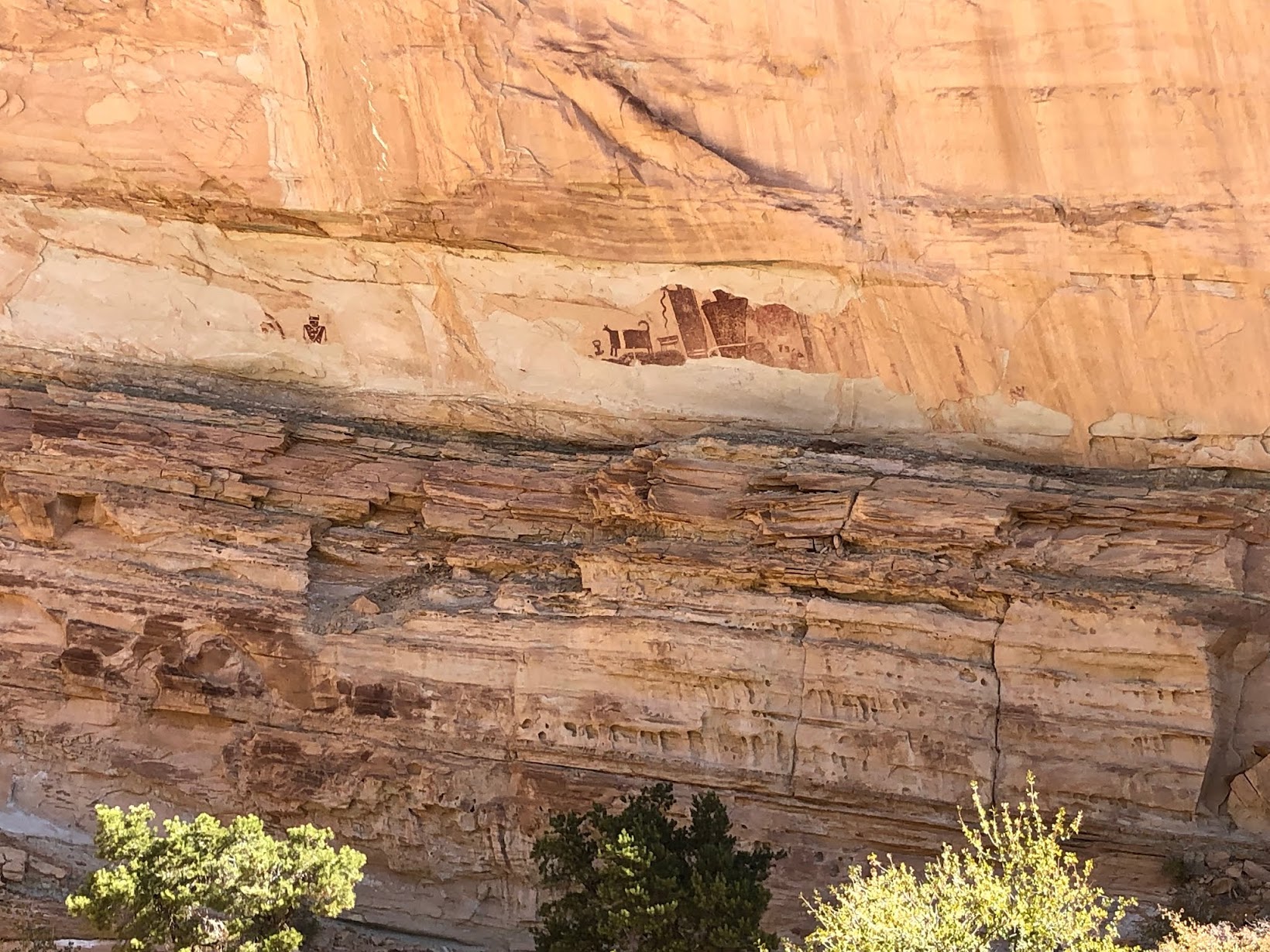 After a day (or was it three?) we departed for Hanksville and our ultimate destination of Capitol Reef. On the way our from our boondock we made time to explore Goblin Valley...believe it or not our first time to do so. 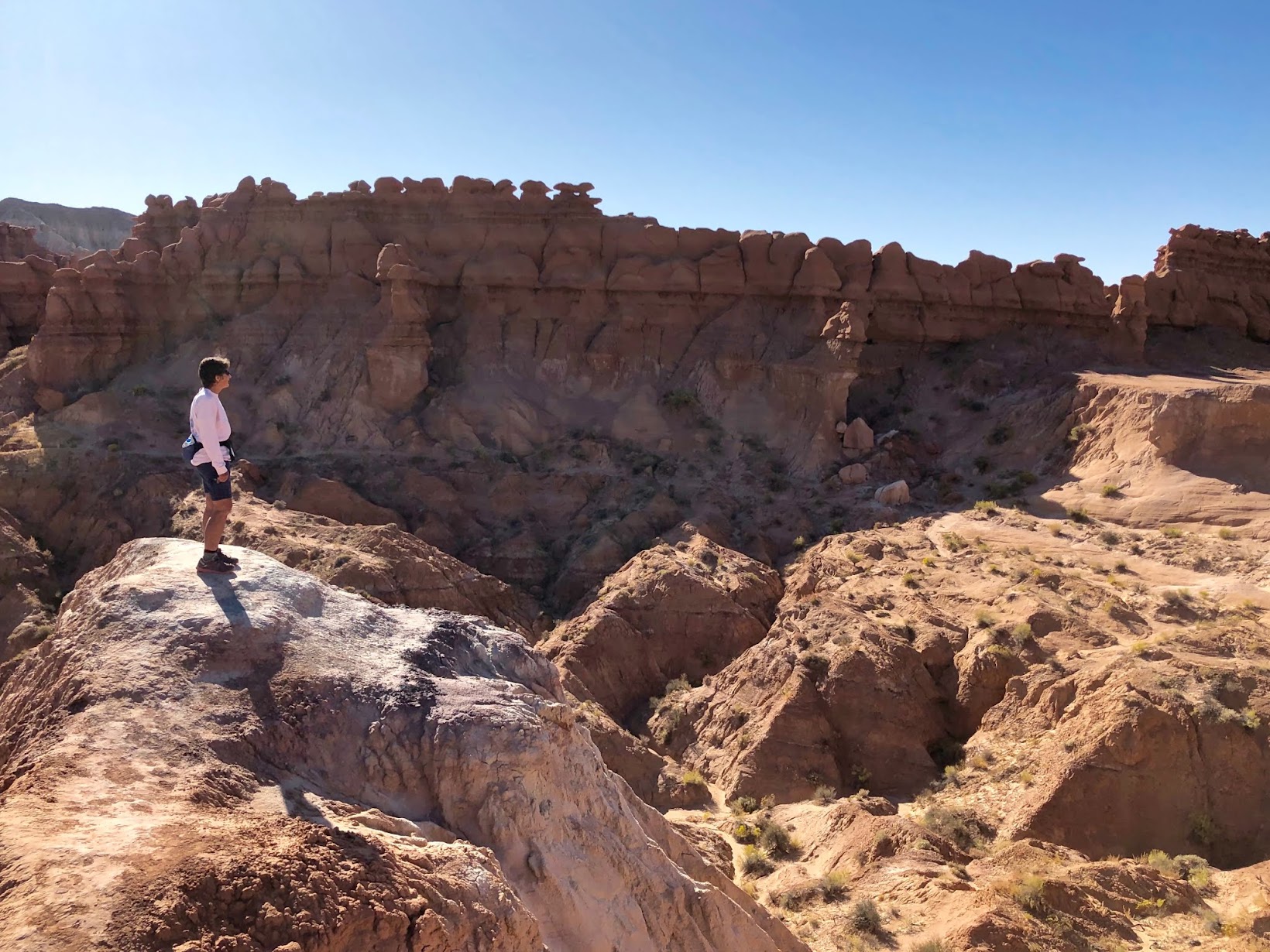 There is much more to Goblin Valley than we thought, and thus only took in a trail that skirted the eastern edge, which may have missed most of the Goblins but was still a scenic wonderland. 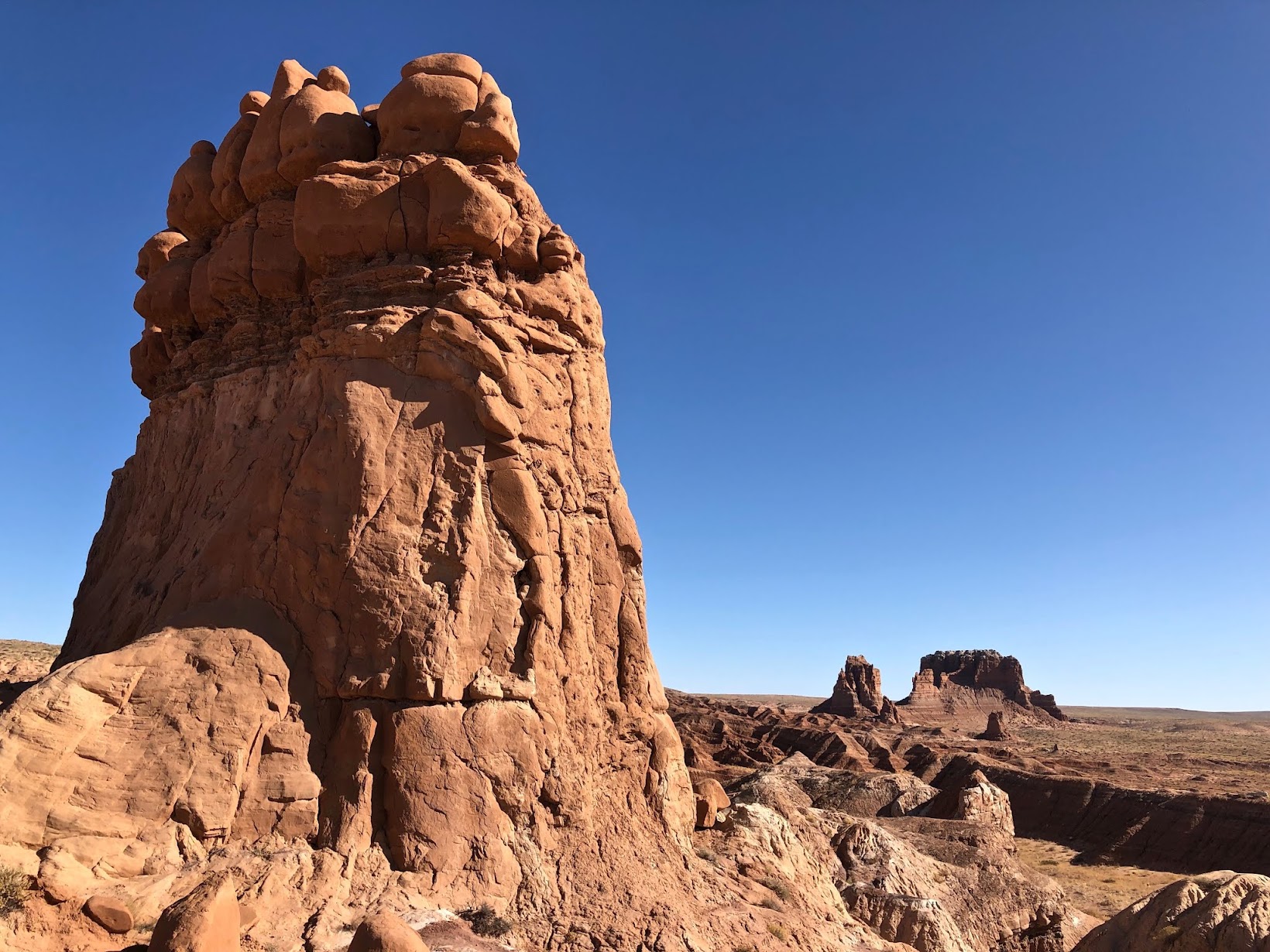 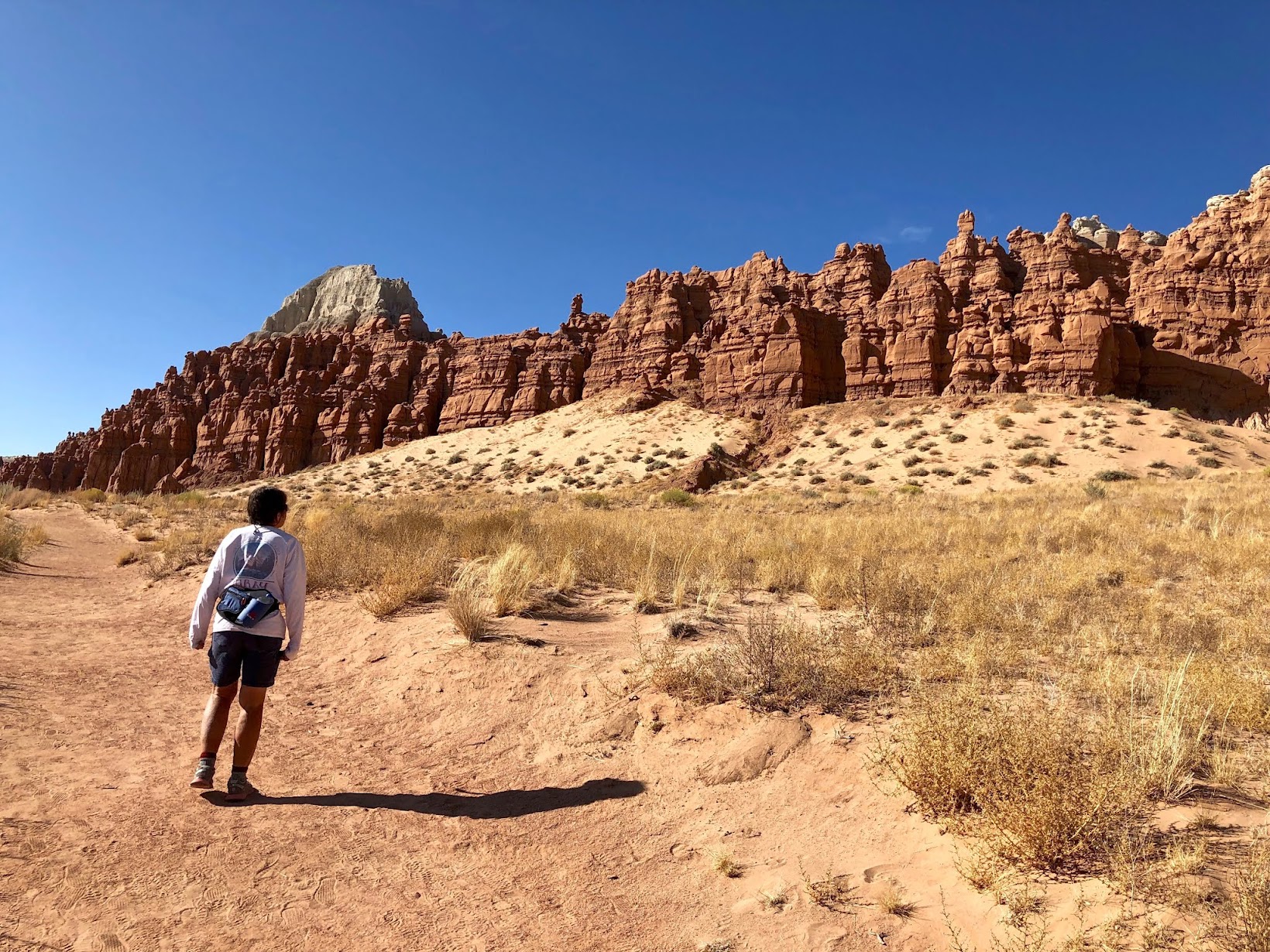 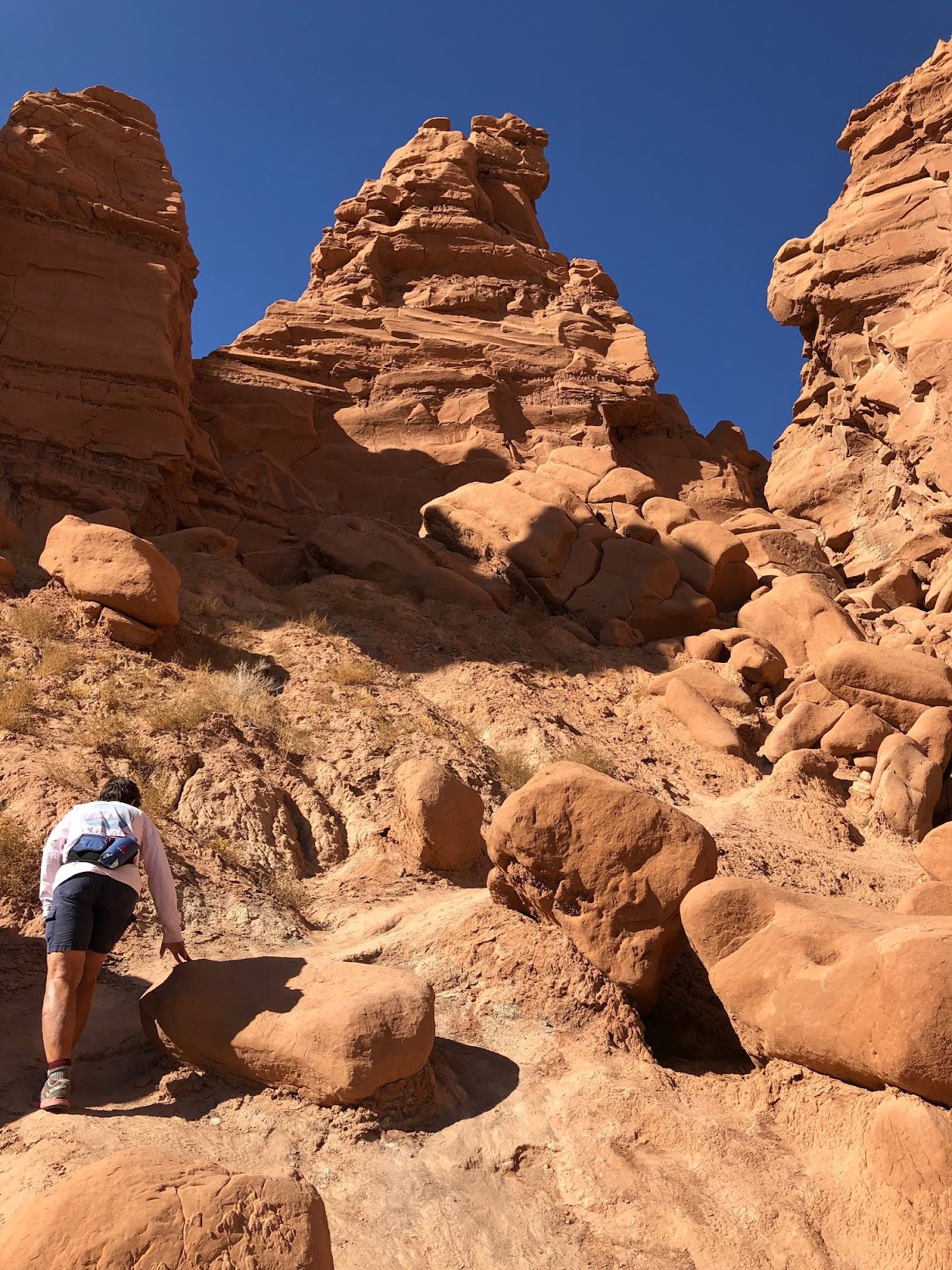 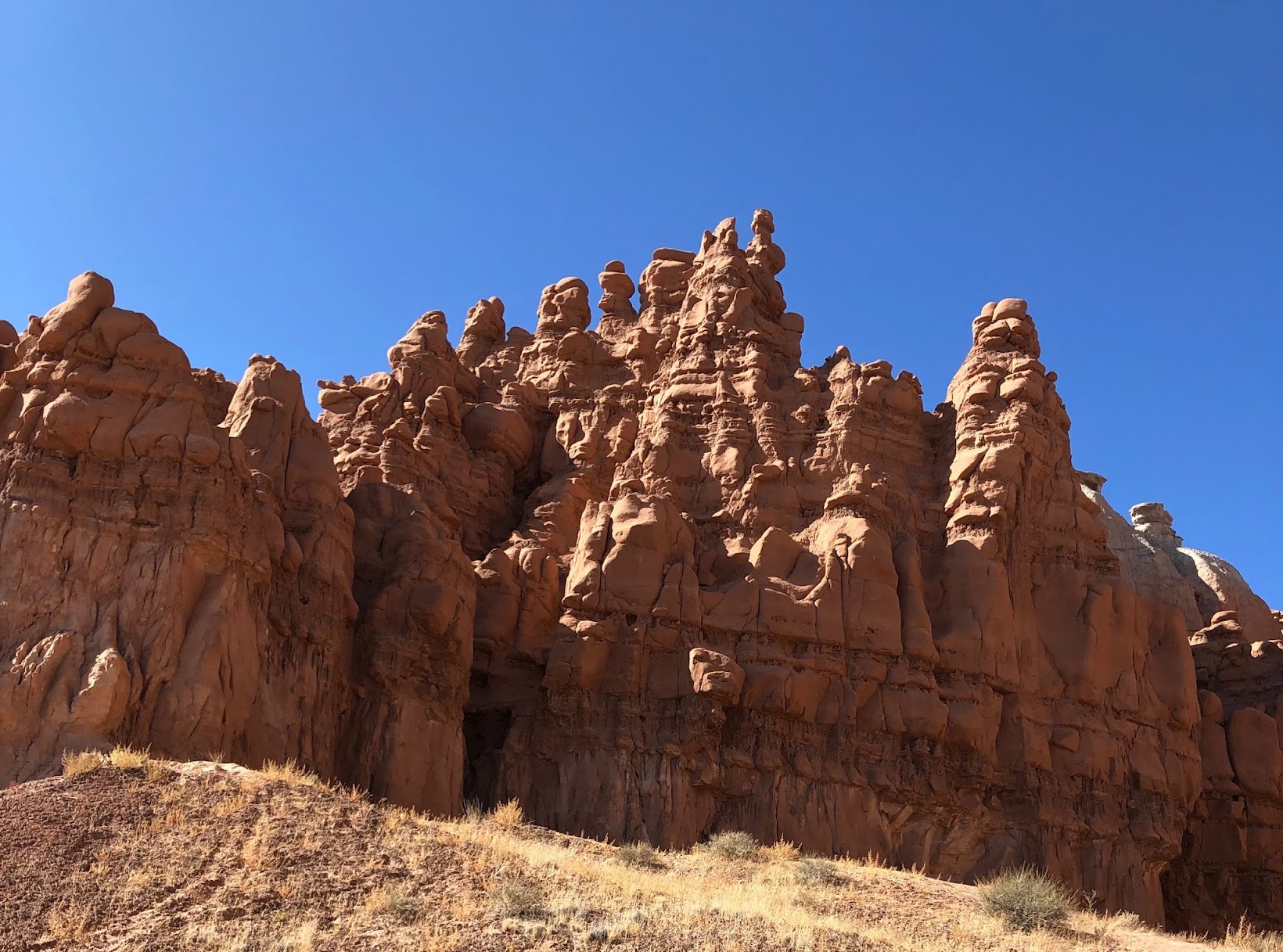 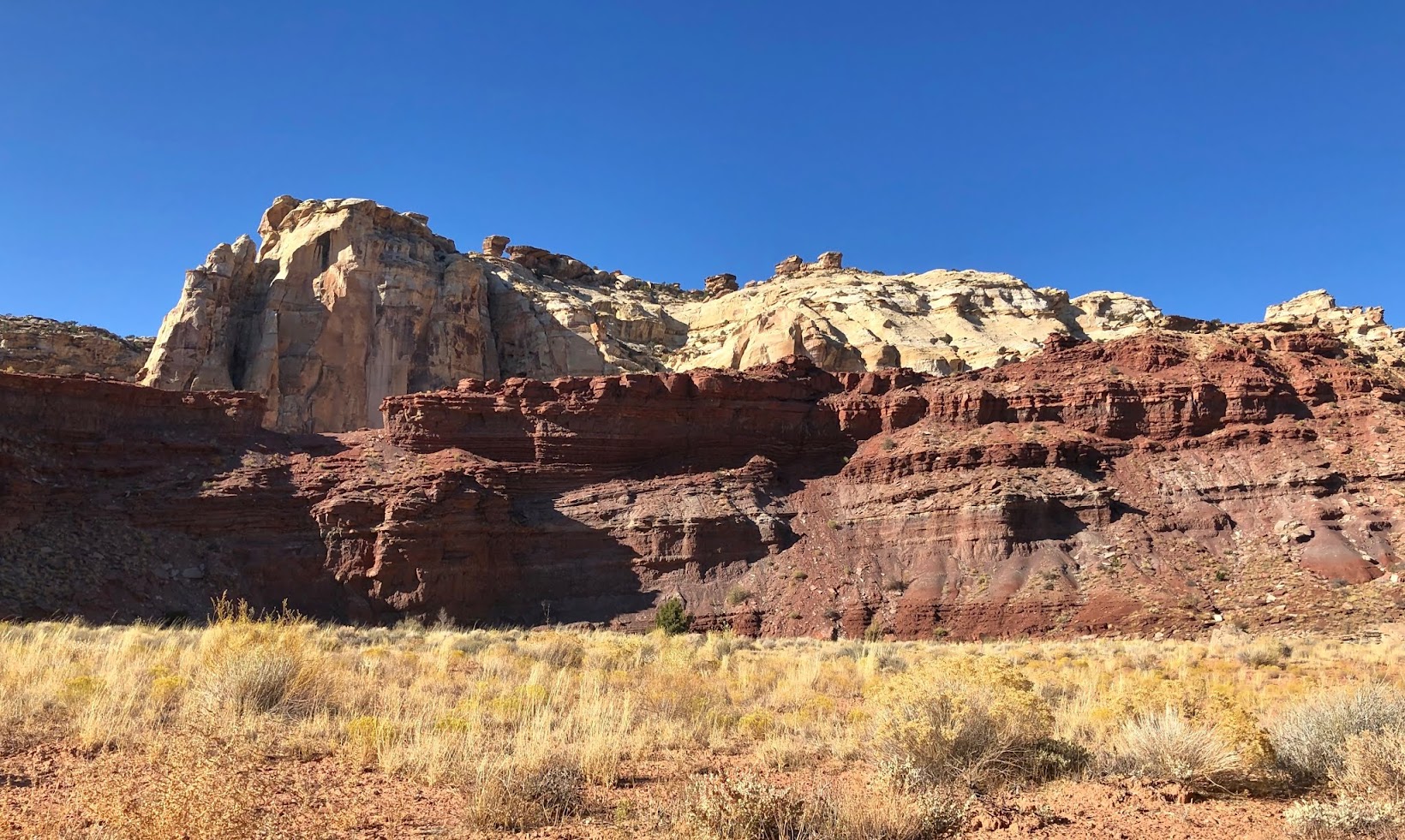 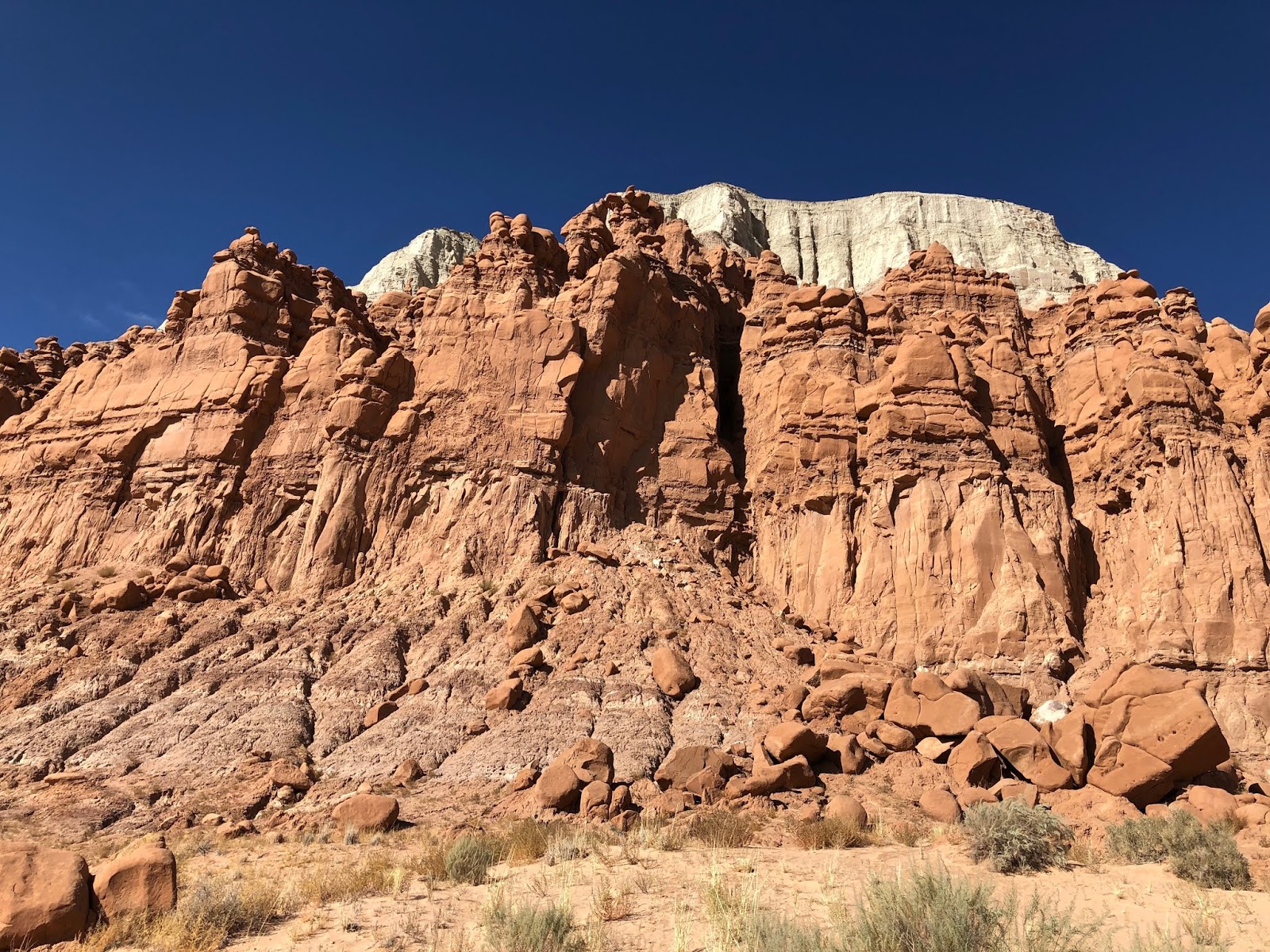 We hope this little departure from reality was a glimpse of what John Muir was talking about in the opening quote.
Peace out,
Mark and Bobbie
Posted by Box Canyon Blog.com at 2:51 PM