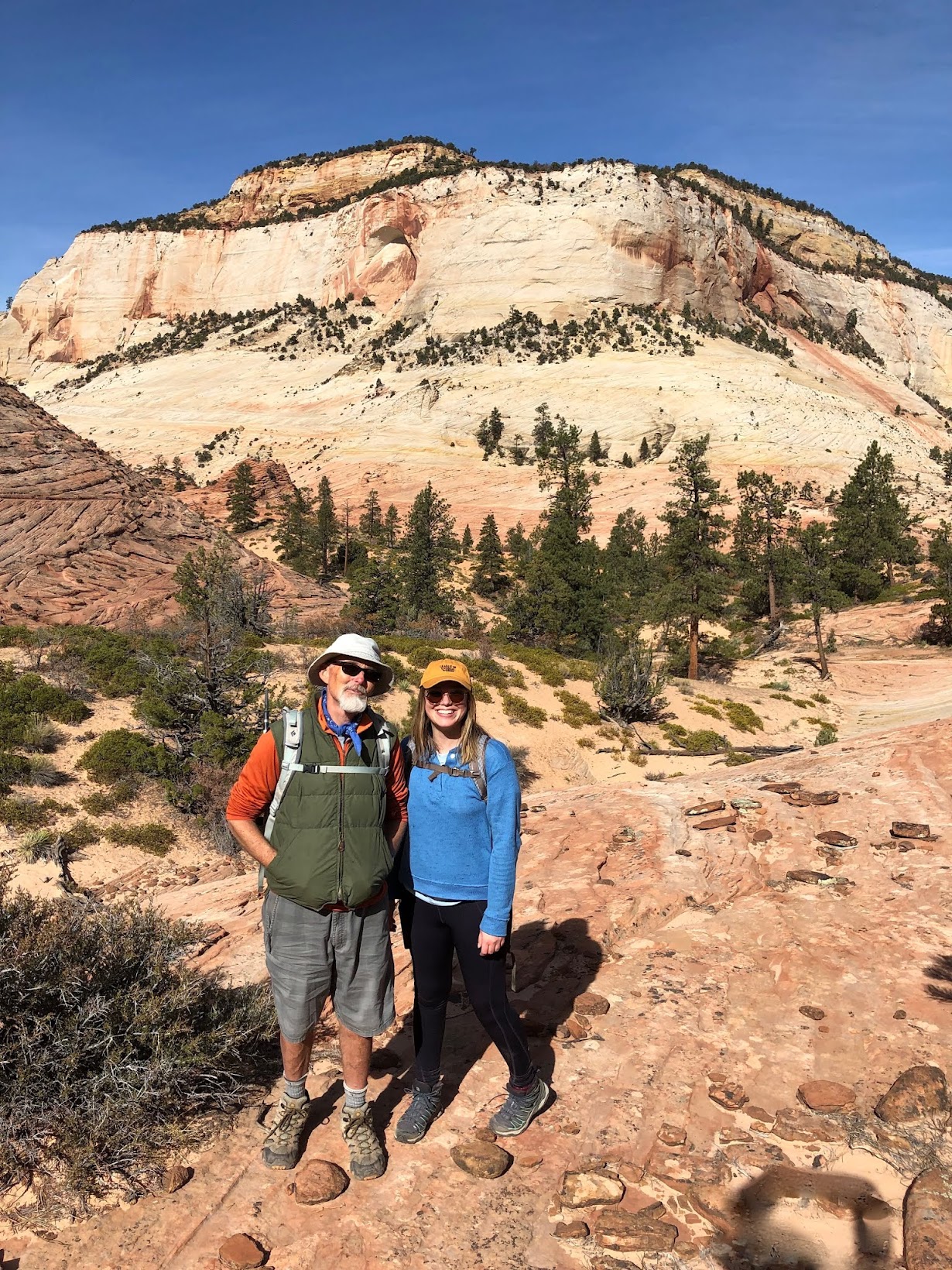 With chilly weather on the way, we put Capitol Reef in or rearview mirror...over Boulder Mountain with its see-forever views and groves of aspen still clinging to their autumnal regalia.

If you held a gun to my head and told me to name a favorite "drive," that stretch through Capitol Reef to Torrey to Escalante to Bryce would be it, in particular, between Boulder Mountain and Escalante. Man oh man the drama and variety. Few places can rile the goosebumps better than that.

After landing in Zion-land, we connected up with buddy Chris. He was saving us a boondock spot off the "Dam Road," now newly signed into fewer dispersed camping sites. But so far, people were pretty much ignoring them and camped nuts-to-butts just like always. We chose a small unsigned patch of BLM land nearer the La Verkin overlook, and, for the most part, had it all to ourselves.

A few days later Juliet flew down from the great northwest area near Seattle, hoping to catch some sun and put in a few miles on Zion's hallowed and colorful ground.

We chose the Checkerboard Mesa area near the East entrance to Zion as its generally less crowded. We had yet to hike that trail anyway, so we could add some new dots.

It was a beautiful full-sun day. A little-marked trail aimed us into a canyon where we fumbled around hit and miss, making our way toward a saddle that we assumed was the destination. Whatever. When moving through country this purdy, destinations are not all that important. 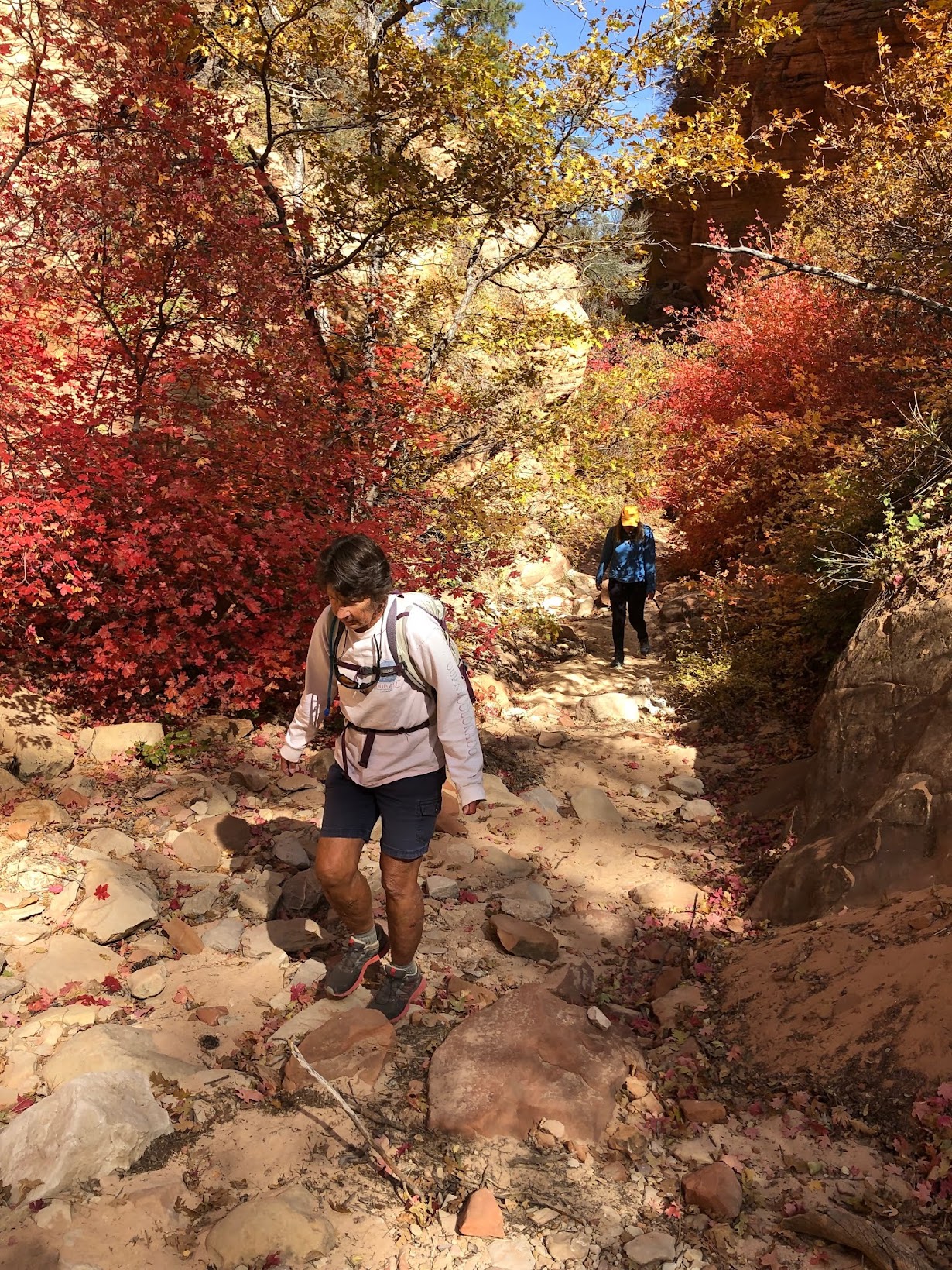 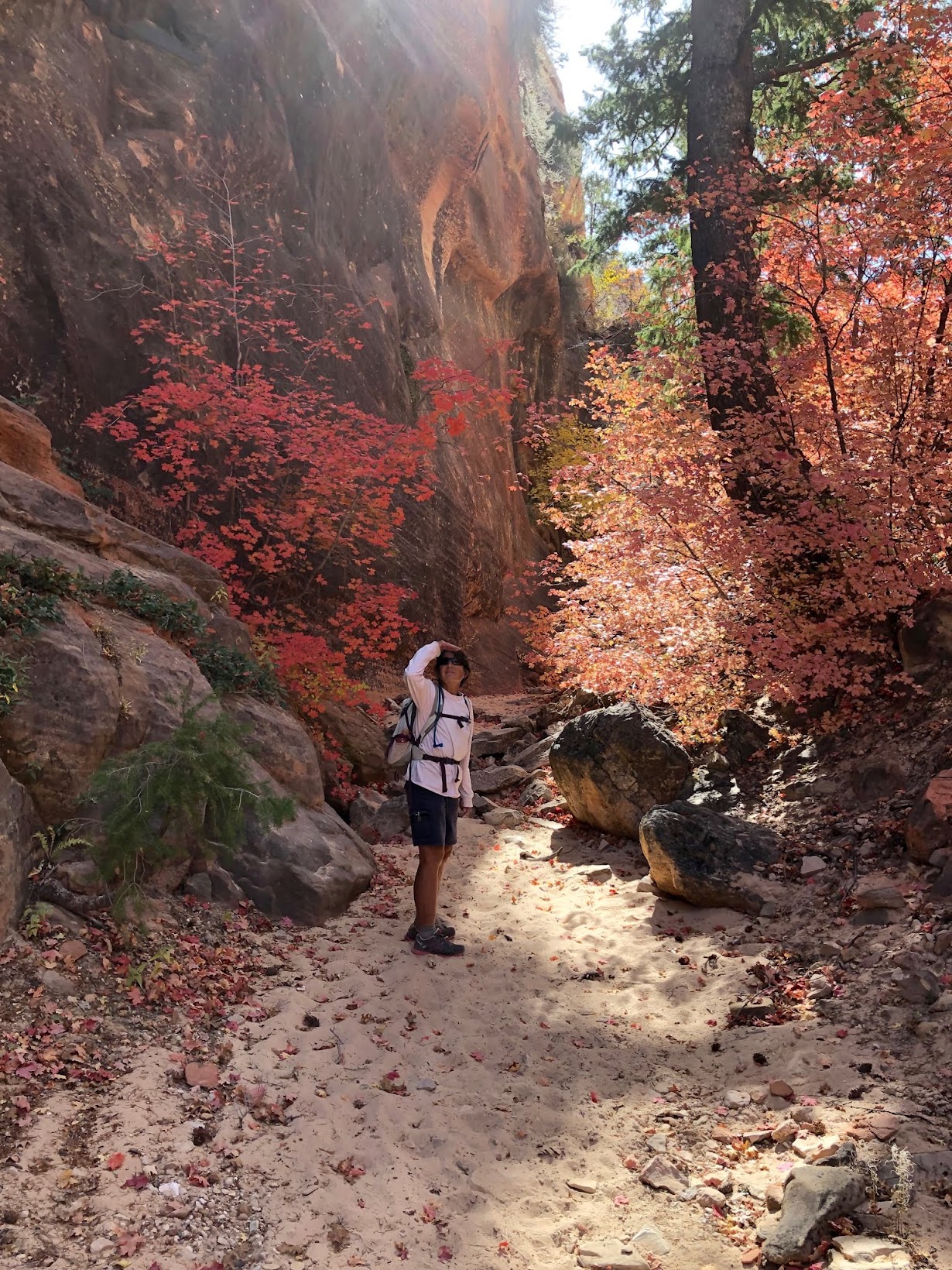 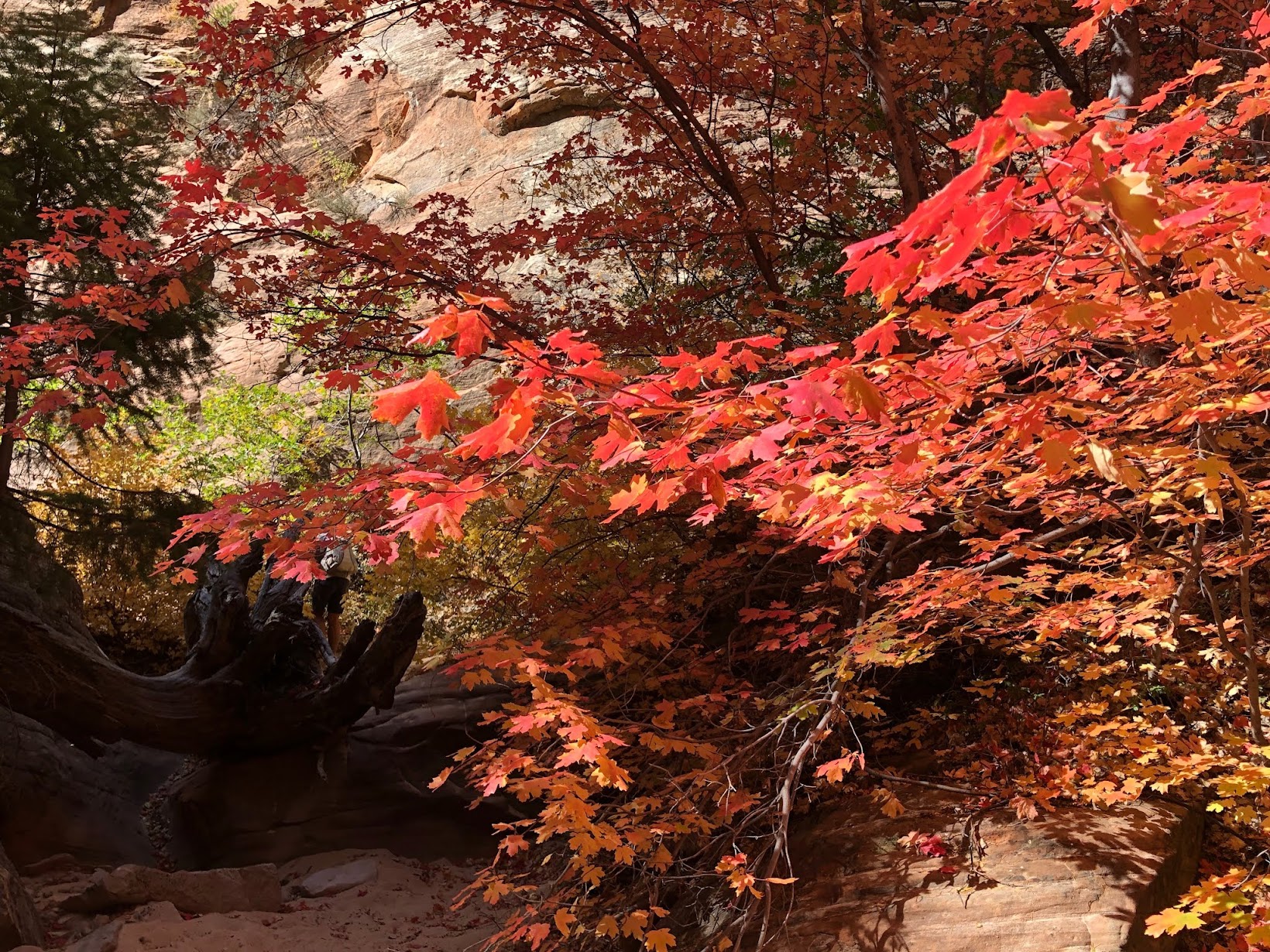 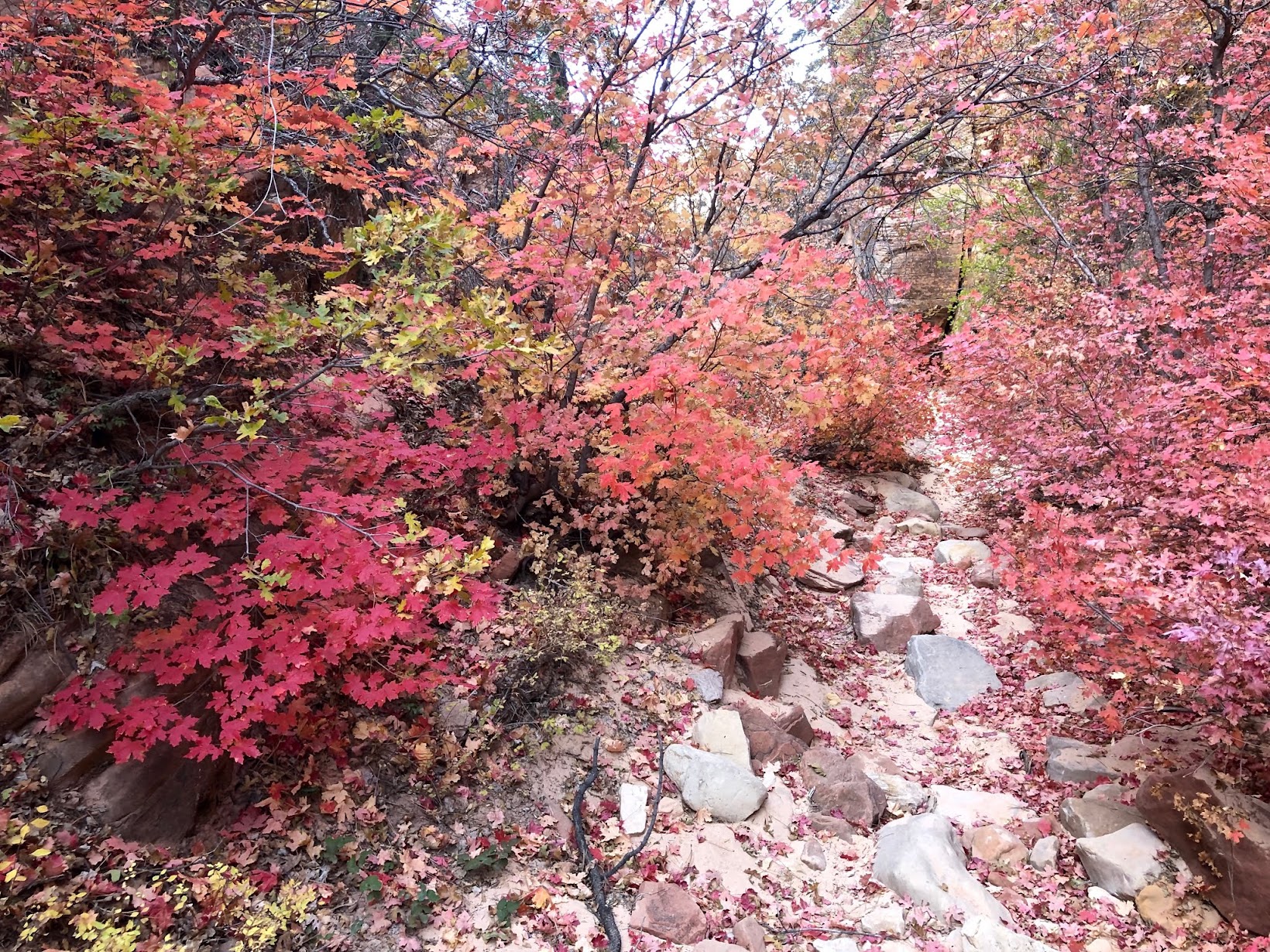 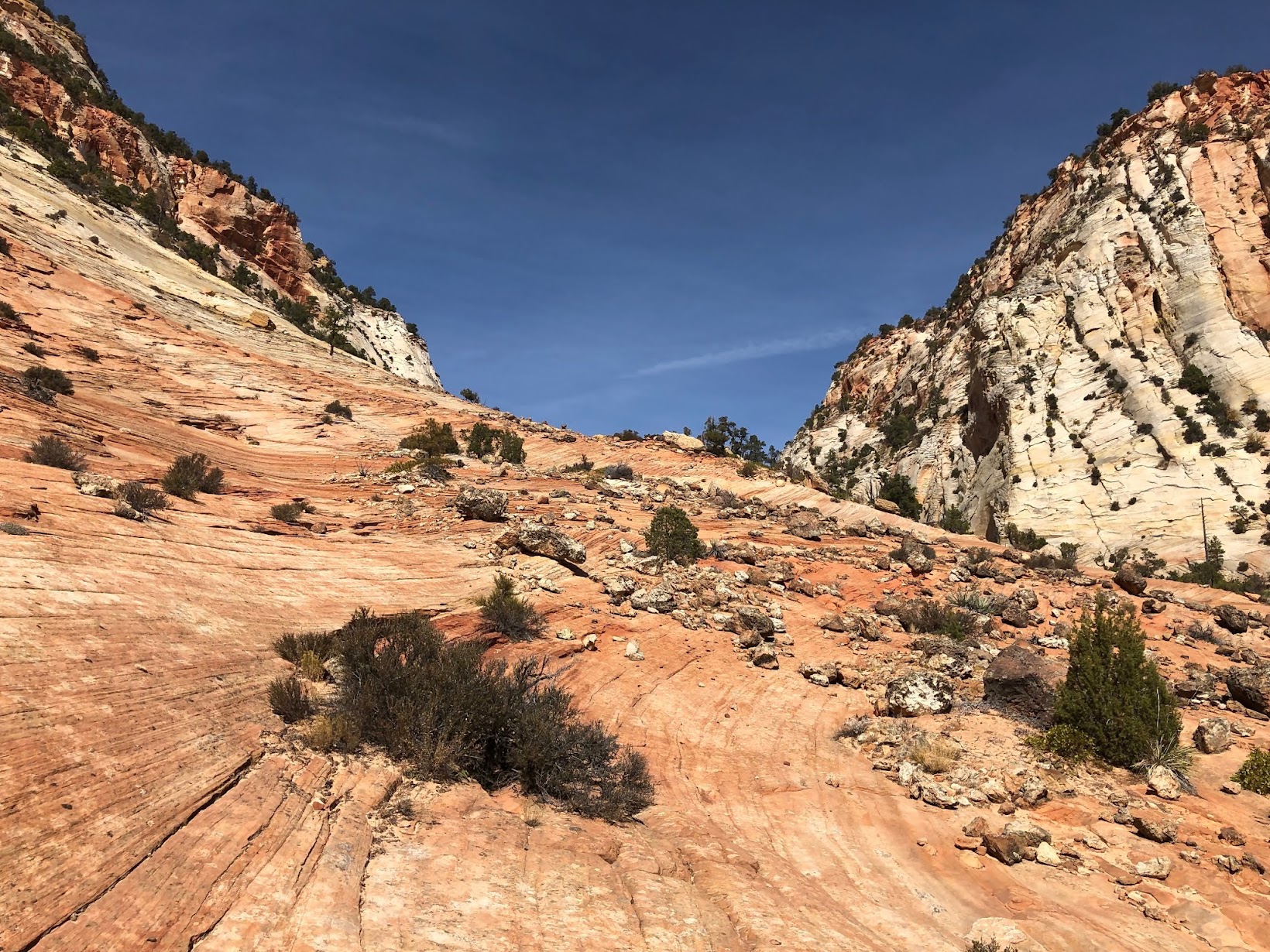 This was our reward for pushing beyond a few choke-stones. 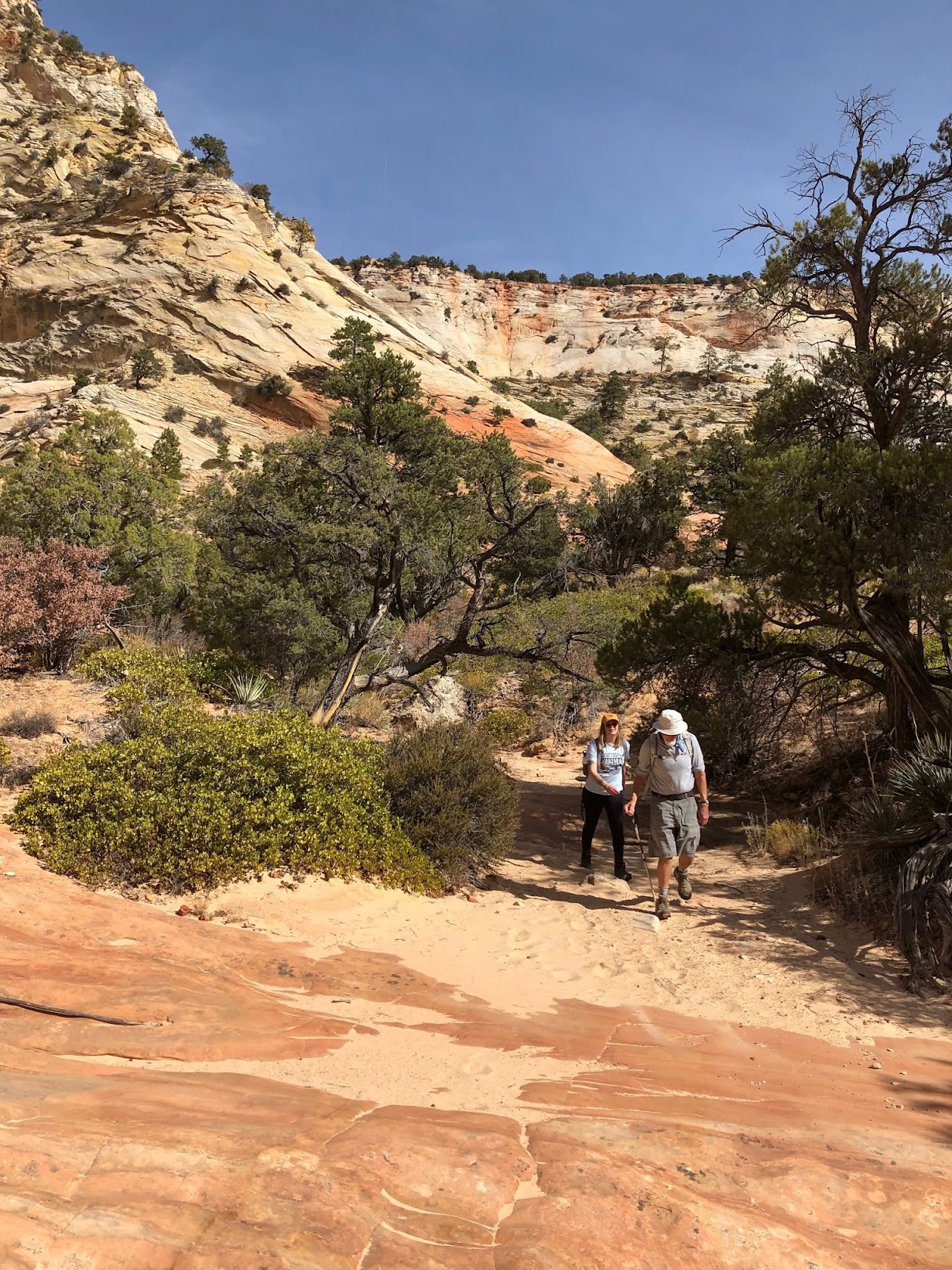 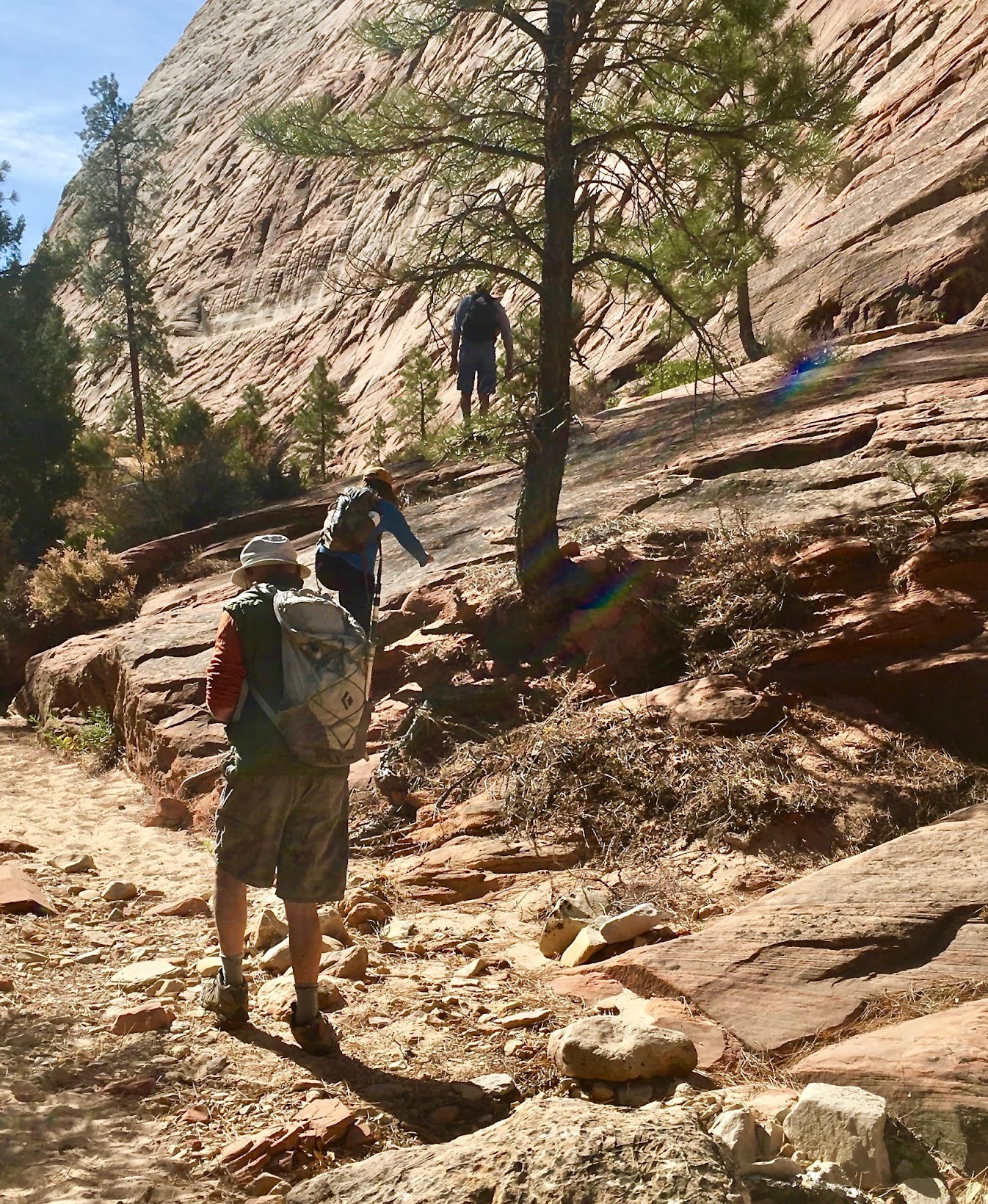 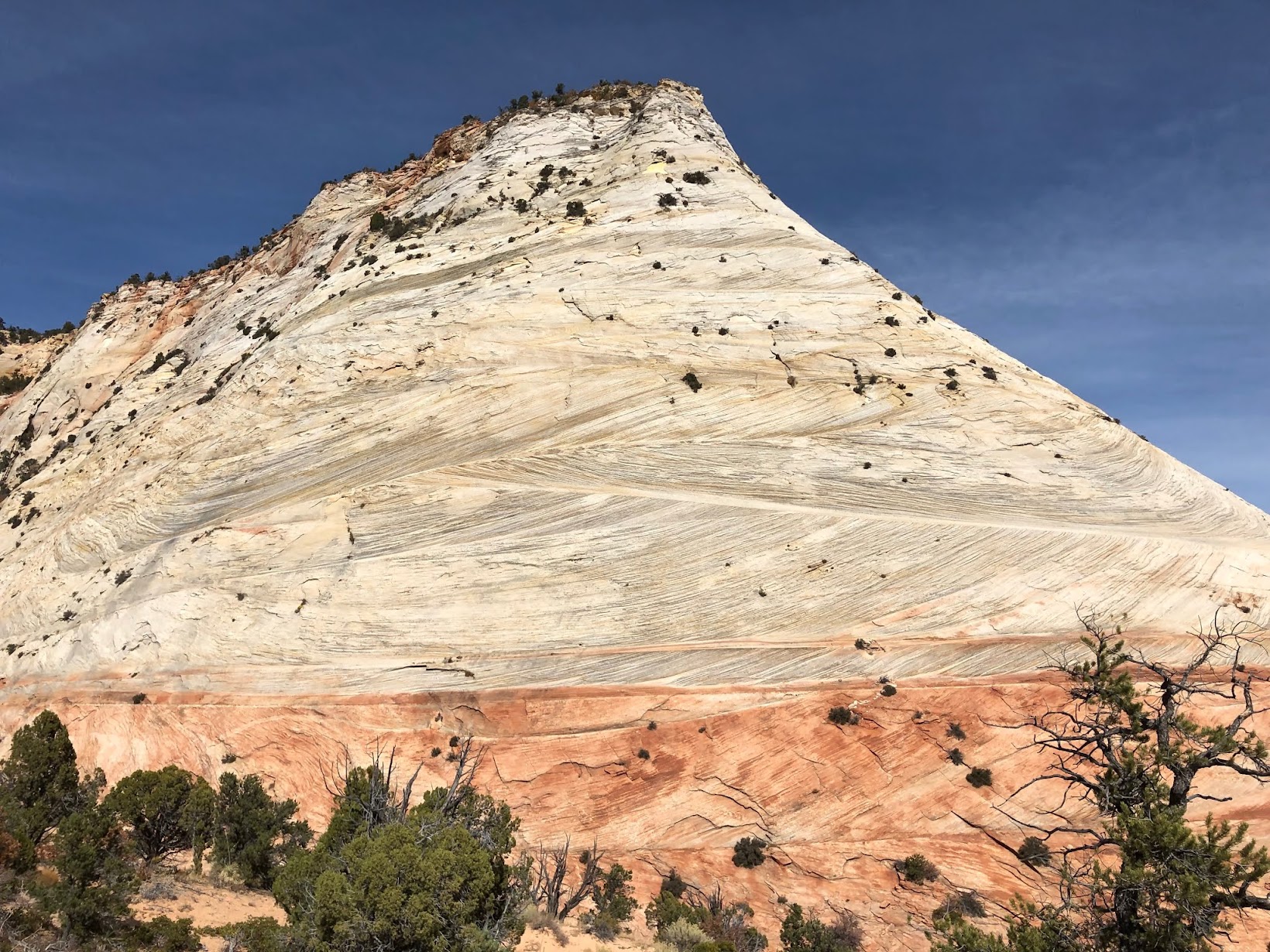 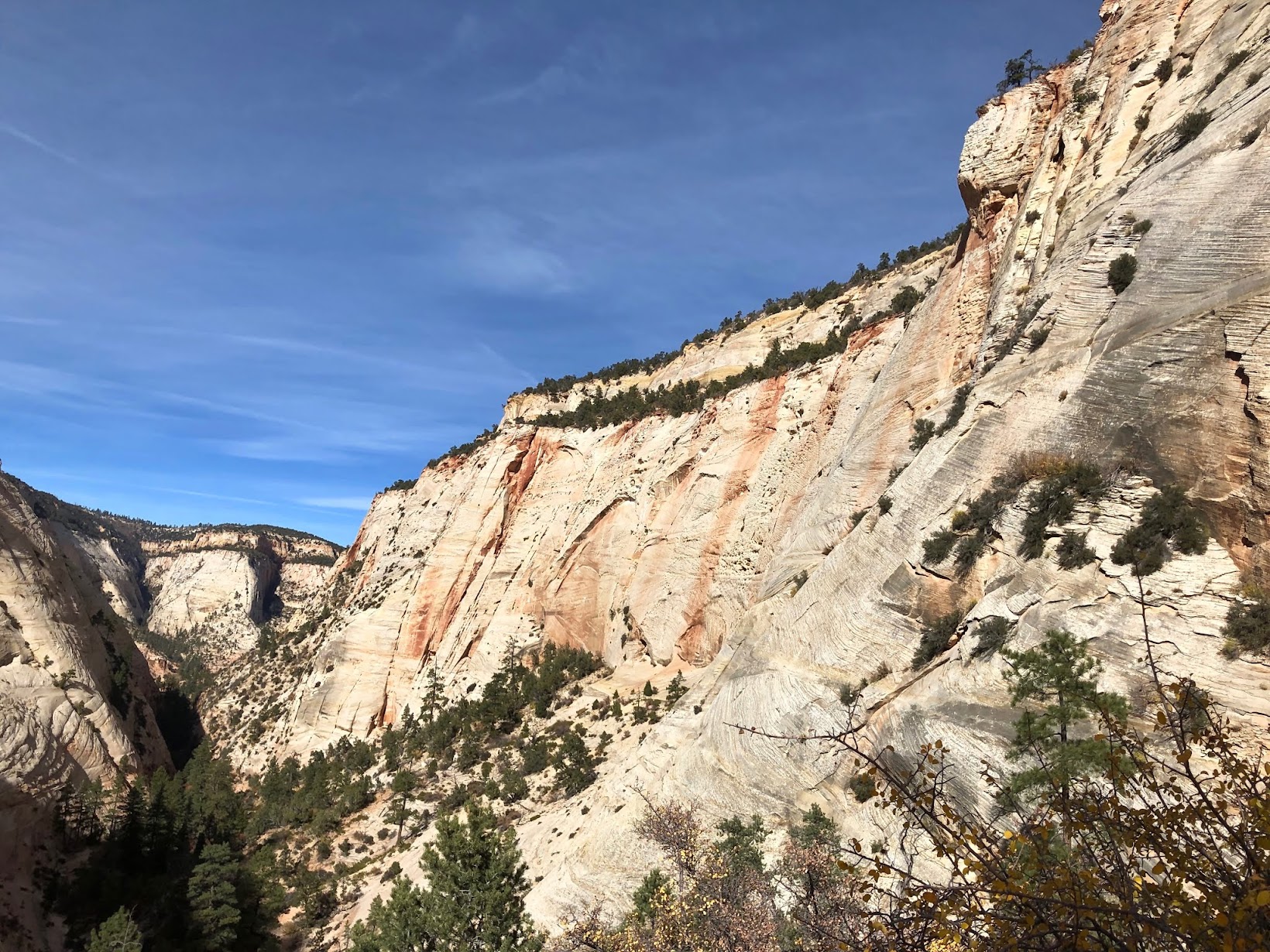 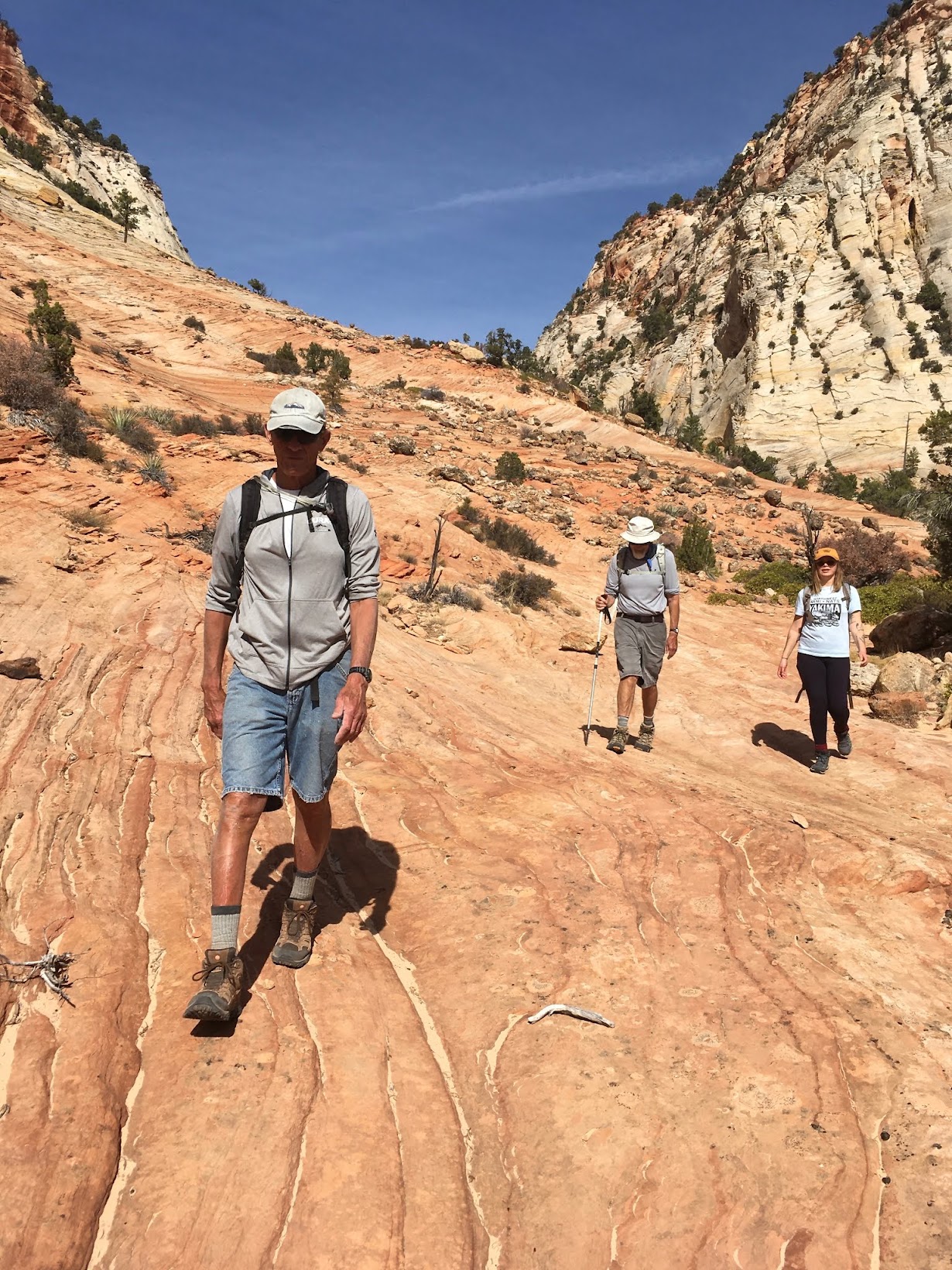 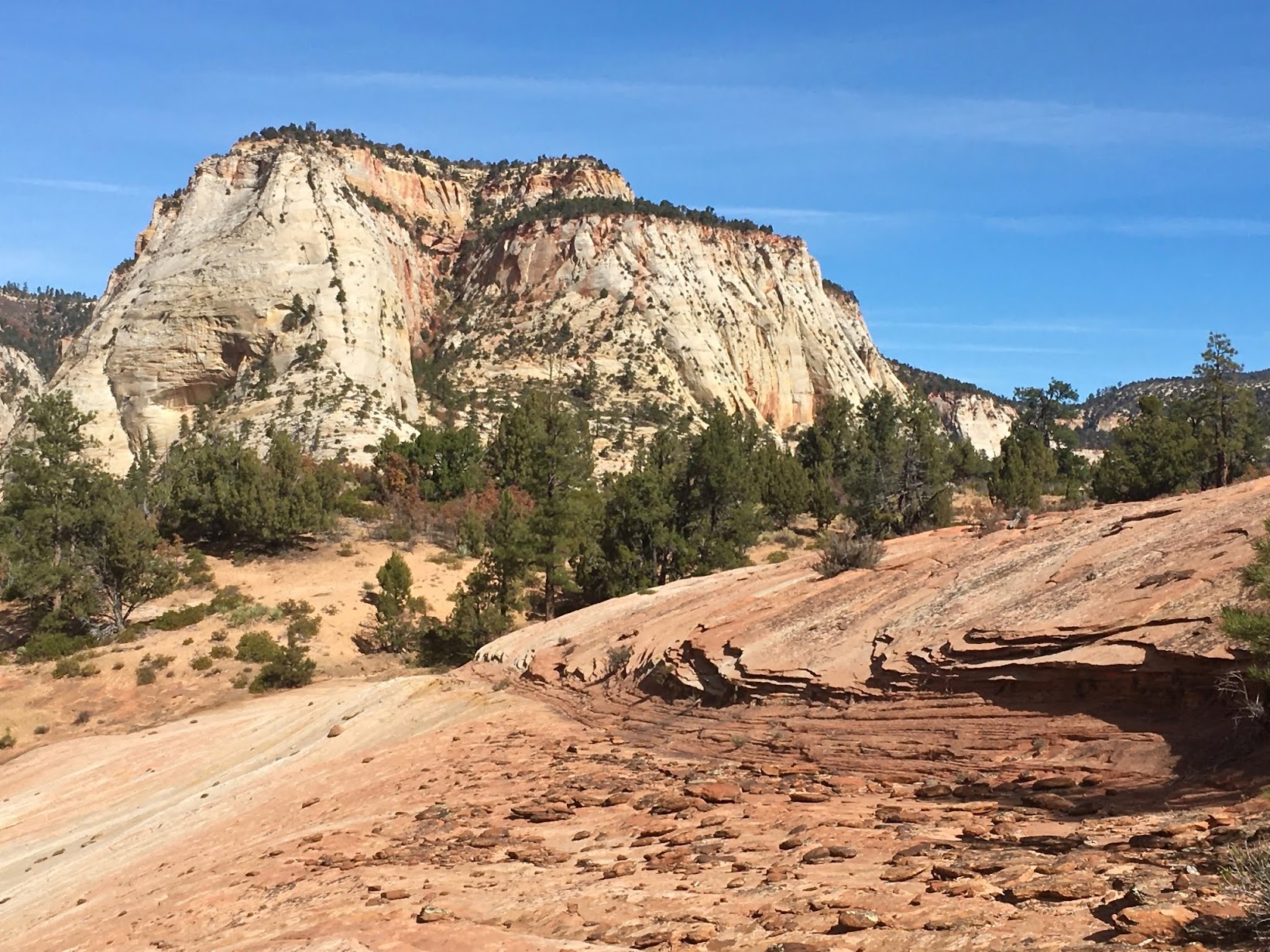 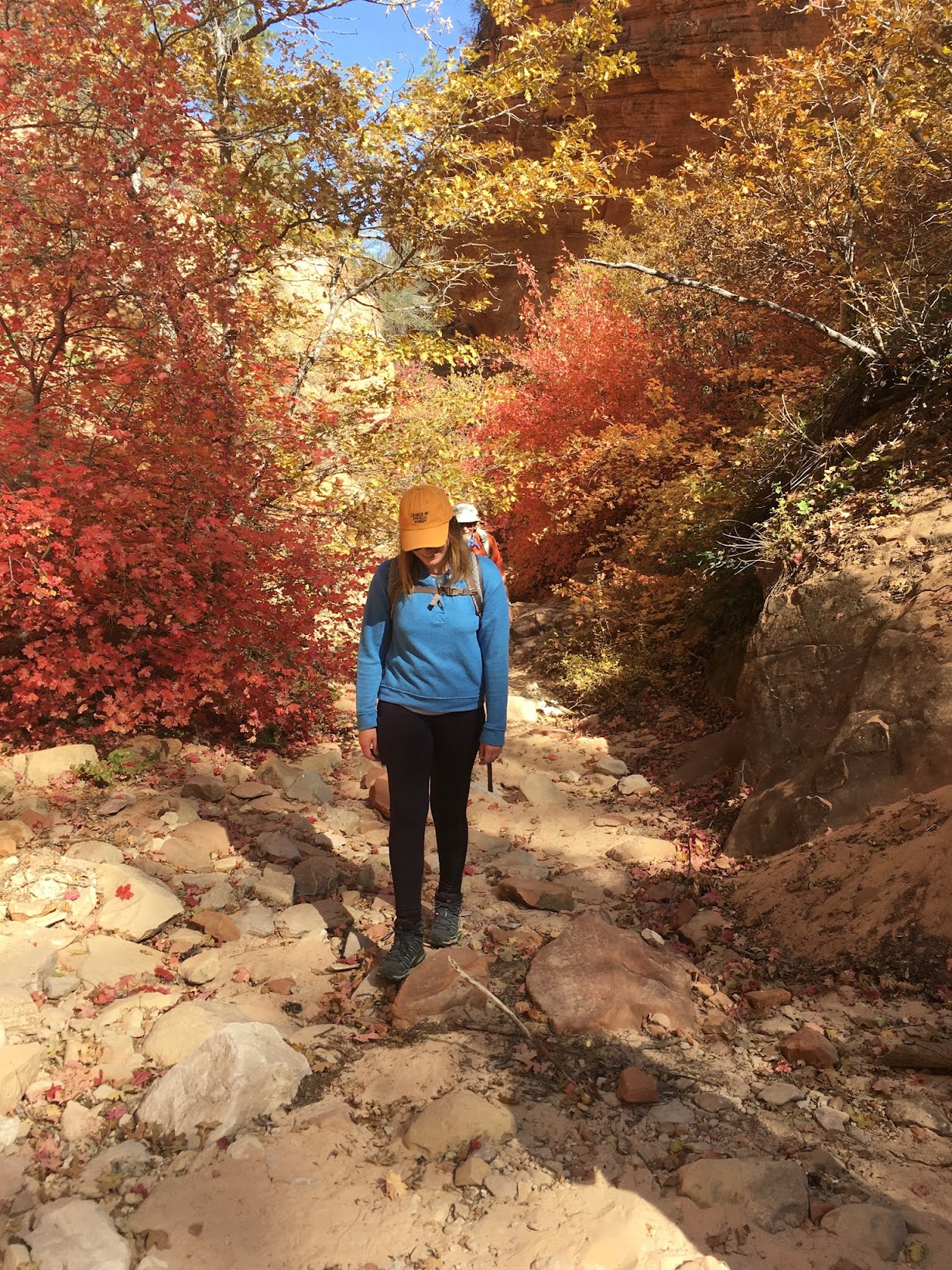 We worked up a pretty good appetite. Chris offered to take us all out to eat in celebration of my birthday...the last one I'm having, FYI. We suggested  our favorite place, Oscar's, in Springdale...with burgers as big as your gosh darn head and sided by more sweet potato fries than you can finish. This was our reward for pushing past a few choke-stones.... 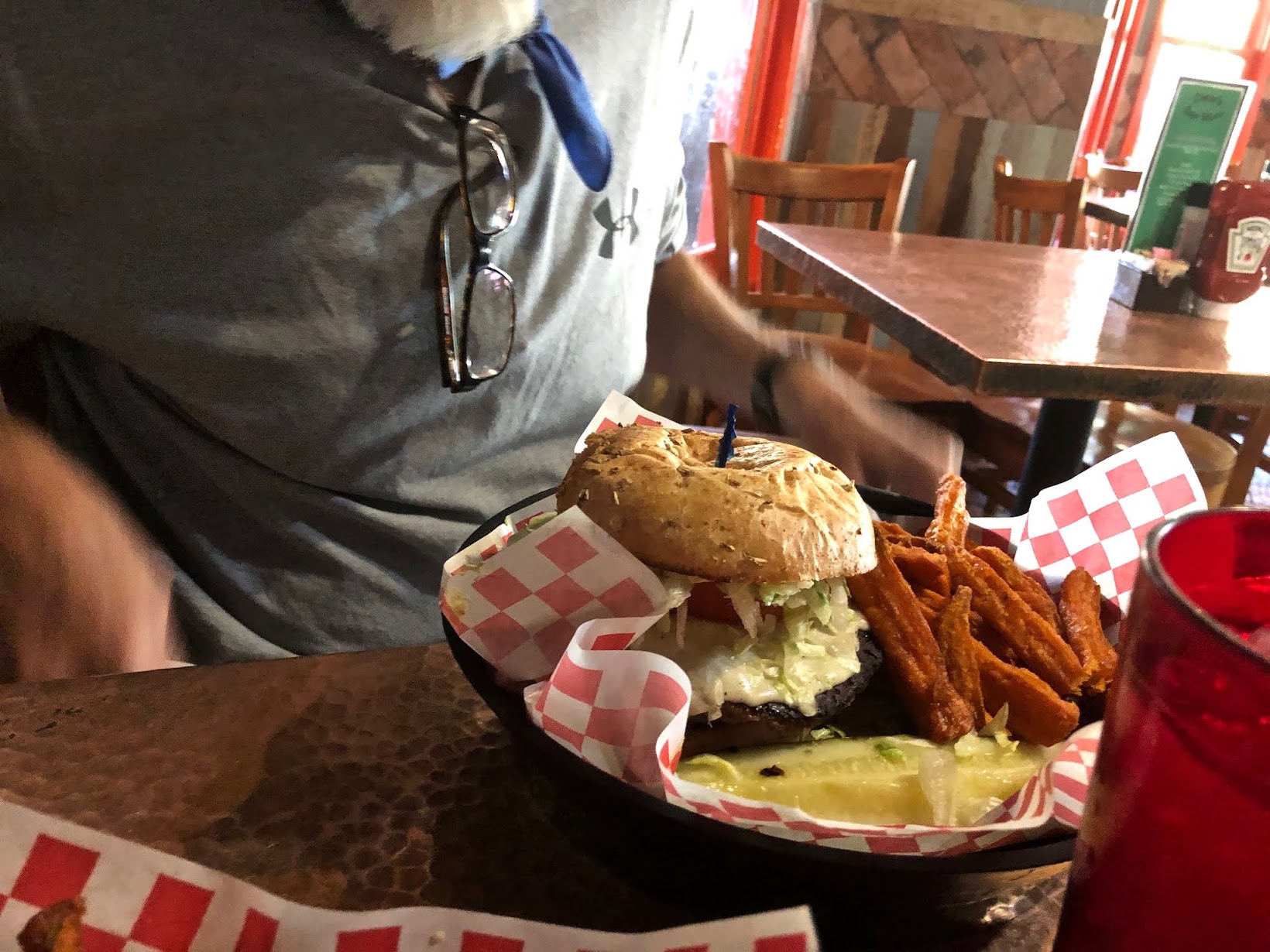 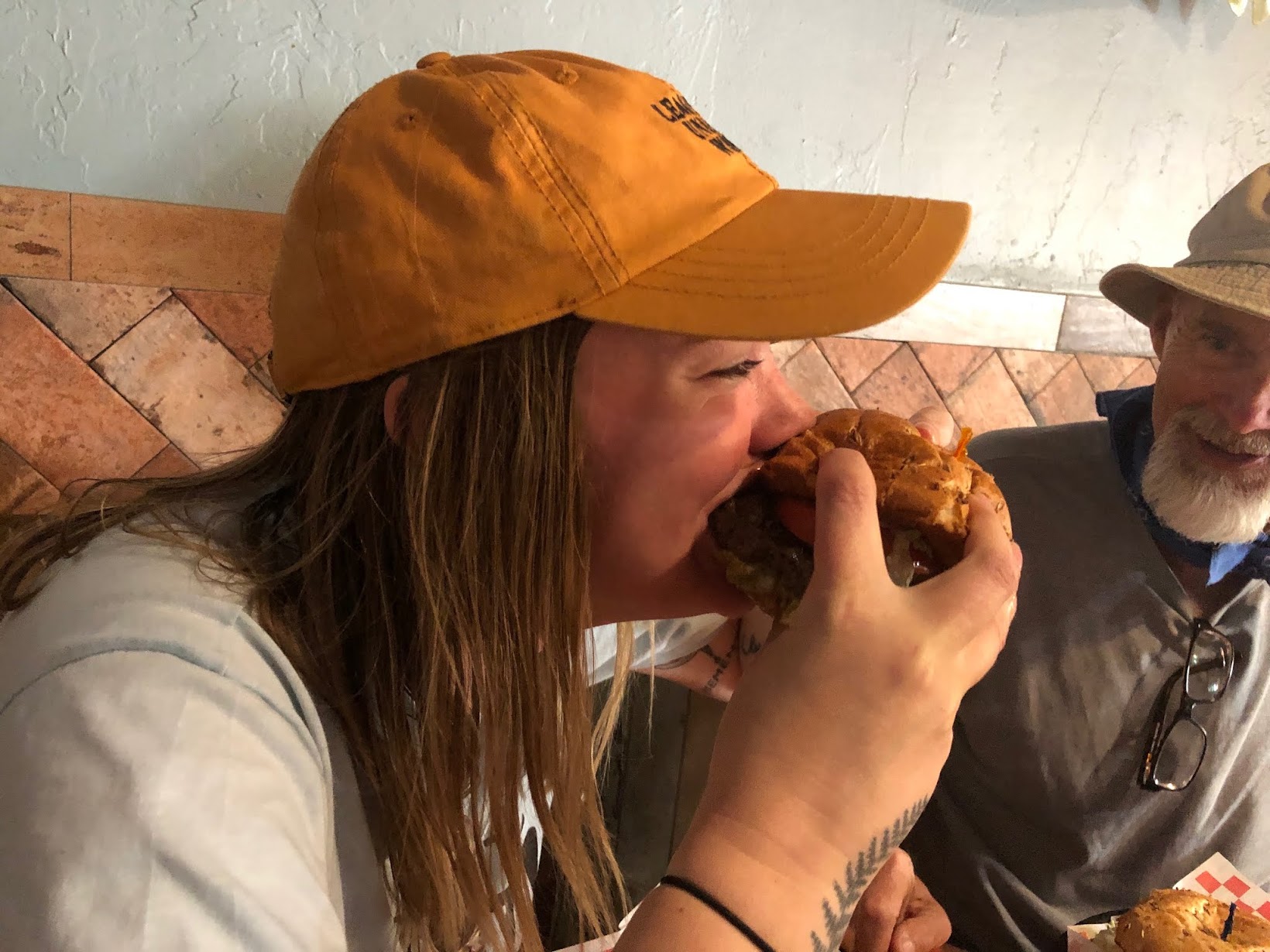 That's a wrap.
Peace out,
mark, bobbie, chris, and daughter juliet.
Posted by Box Canyon Blog.com at 8:05 AM