After The Storm: "Romancing The Stones" 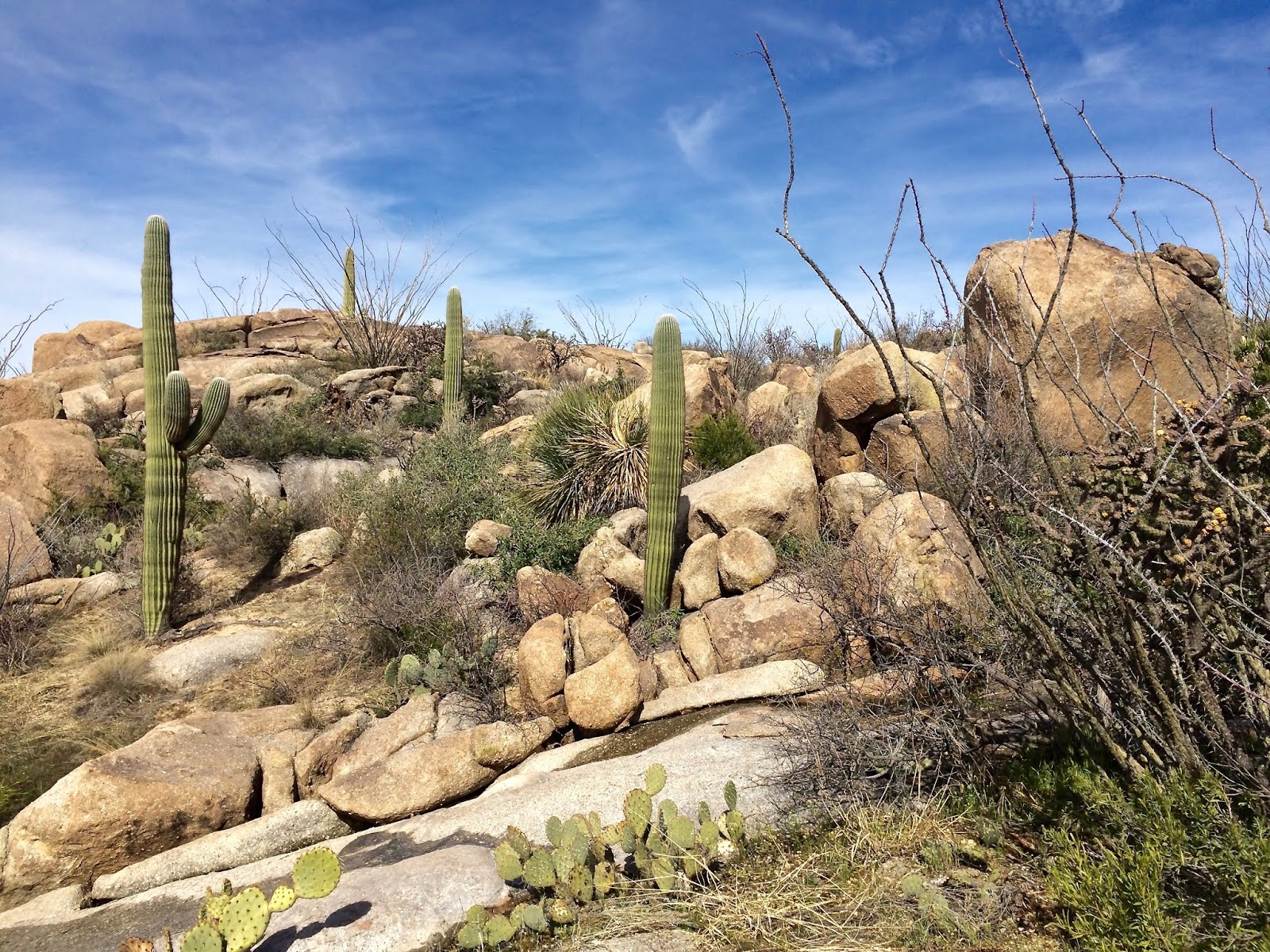 "She looked out of her window. How blue the sky. The mountain peaks stood up like dark spears. Patches of snow shone in the sunlight, running down to the edge of the vast green belt of forest land…. Arizona! There was no place in the world so full of romance and beauty and natural things that stir the soul."   ~Zane Grey, The Water Hole, 1928


Suffice it to say, the weather's been cold and wet here (and everywhere). We've tried to not let it interfere with getting outside. You see, during inclement spells Goldie tends to shrink.

This is one of my favorite boondocks, lush lime green and heavily bouldered...a landscape rife with ubiquitous trails that twist, ascend and descend through otherwise impenetrable vegetation. Water runs in nearly every wash...fed by a slow-release reservoir of deep snow in the Catalinas. It has to go somewhere. There is something about the sight and sound of water flowing in normally dry washes, ankle to knee-deep ice water. Weather is a small and temporary price to pay for once-in-a-lifetime eye candy.

Knowing the main wash is running high and deep and nursing a dire need to get outside to re-explore the desert foothills out our doorstep, we are not particularly fond of doing 7 miles in soggy boots and socks. So we improvise.

"Hey, there's some deep holes. You better take your boots off and wade."

We waved, then slipped into our spiffy brilliant white bags and waddled across. I predict they will be carrying trash bags from now on, too. 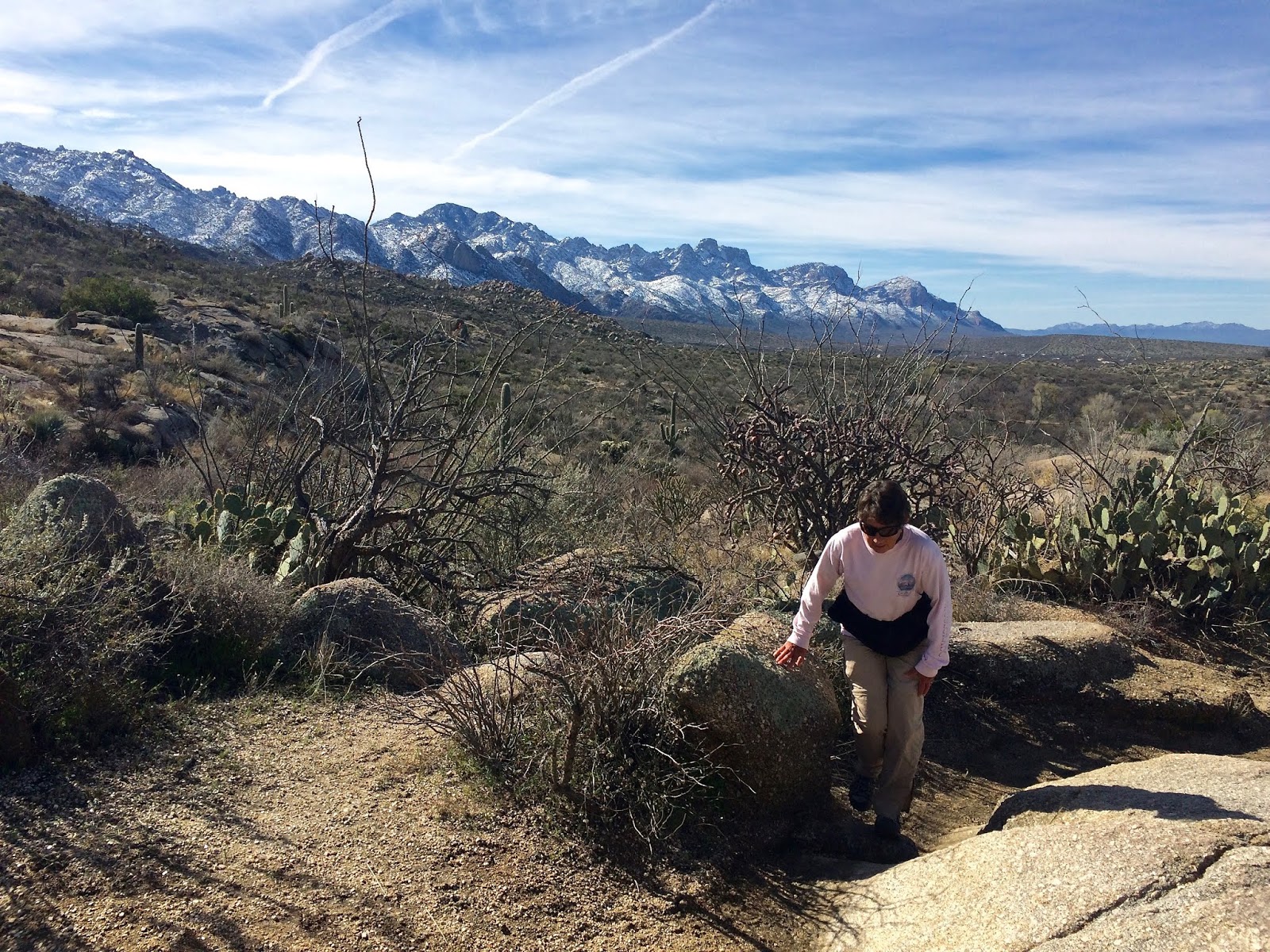 Trails around here are plentiful and go every which way. Unfortunately, especially for the directionally challenged among us, they are largely unmarked. We know how easy it is to become confounded and lost even though we've boondocked around here multiple times over the years. 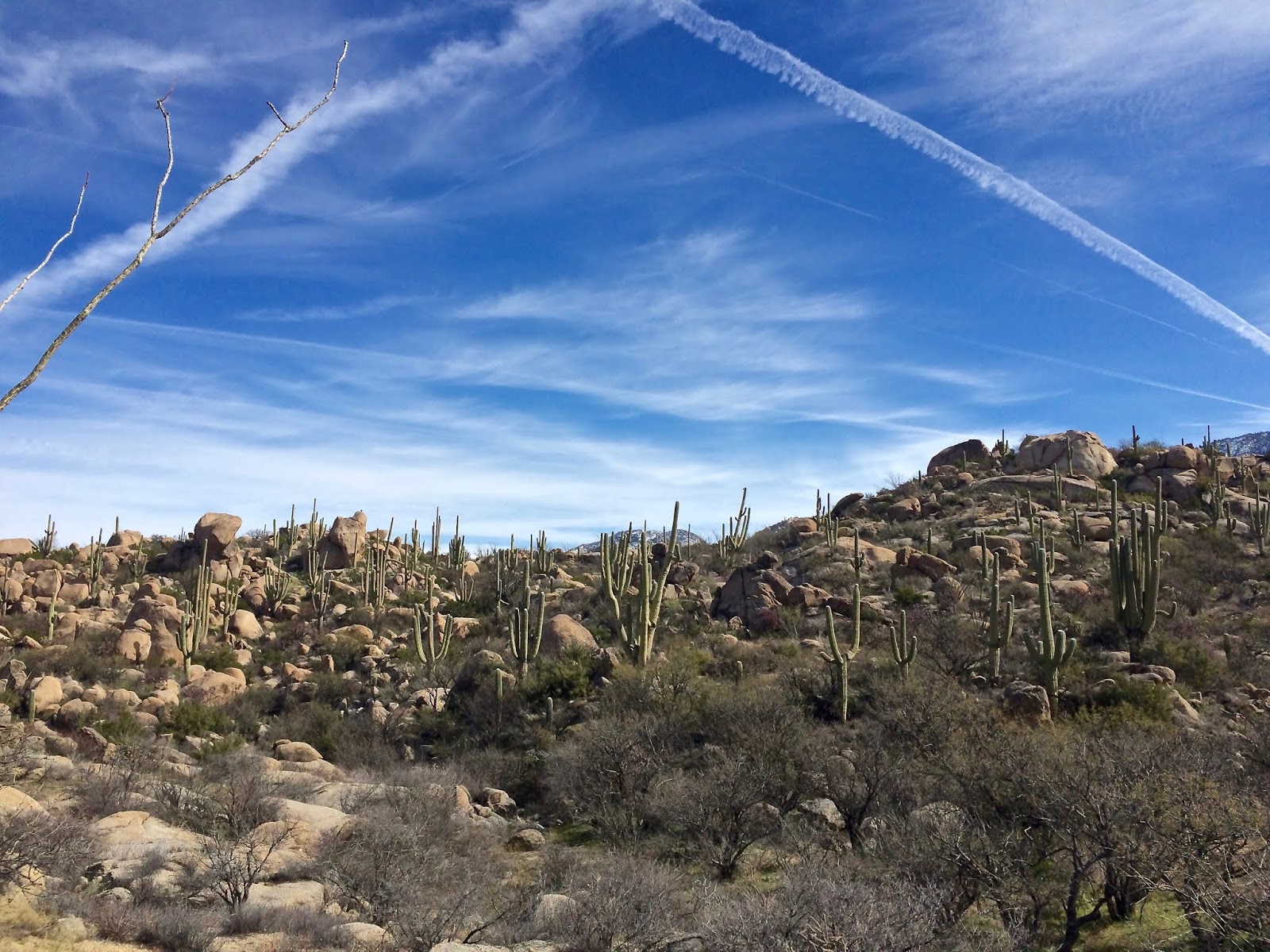 How many ways and times can I say this? It bears repeating: What a gorgeous, crisp day—enchanting light and shadow and Gargantuan granite boulders plopped about. Sentinel saguaros, swollen to bursting point, mucho gordo and so healthy looking, unlike last year. Ocotillos don't appear to be fairing as well... anorexic leafless sticks with unsuccessful wilted attempts at blossoms. Like me, they await warmer temps. The will catch fire soon. 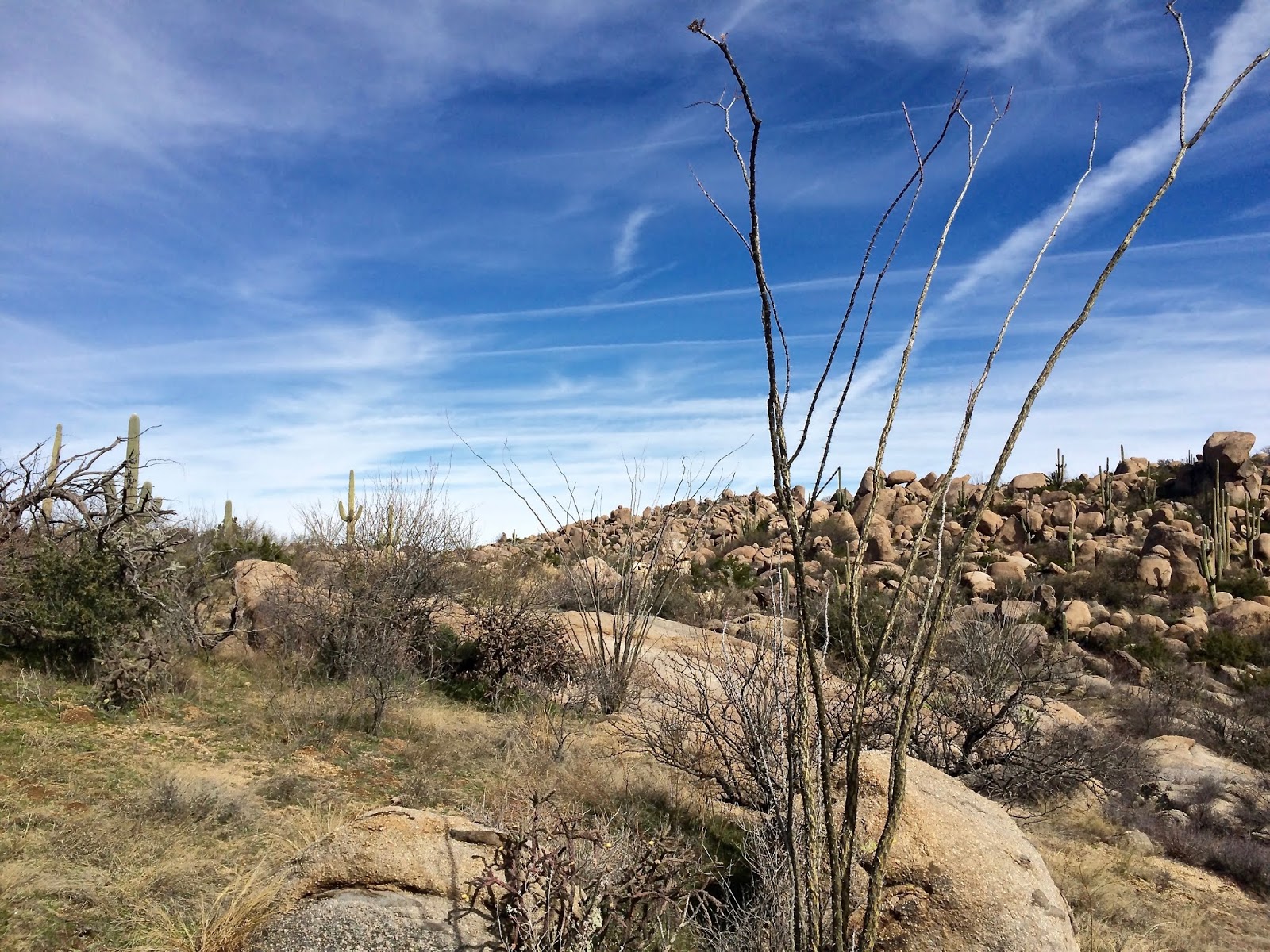 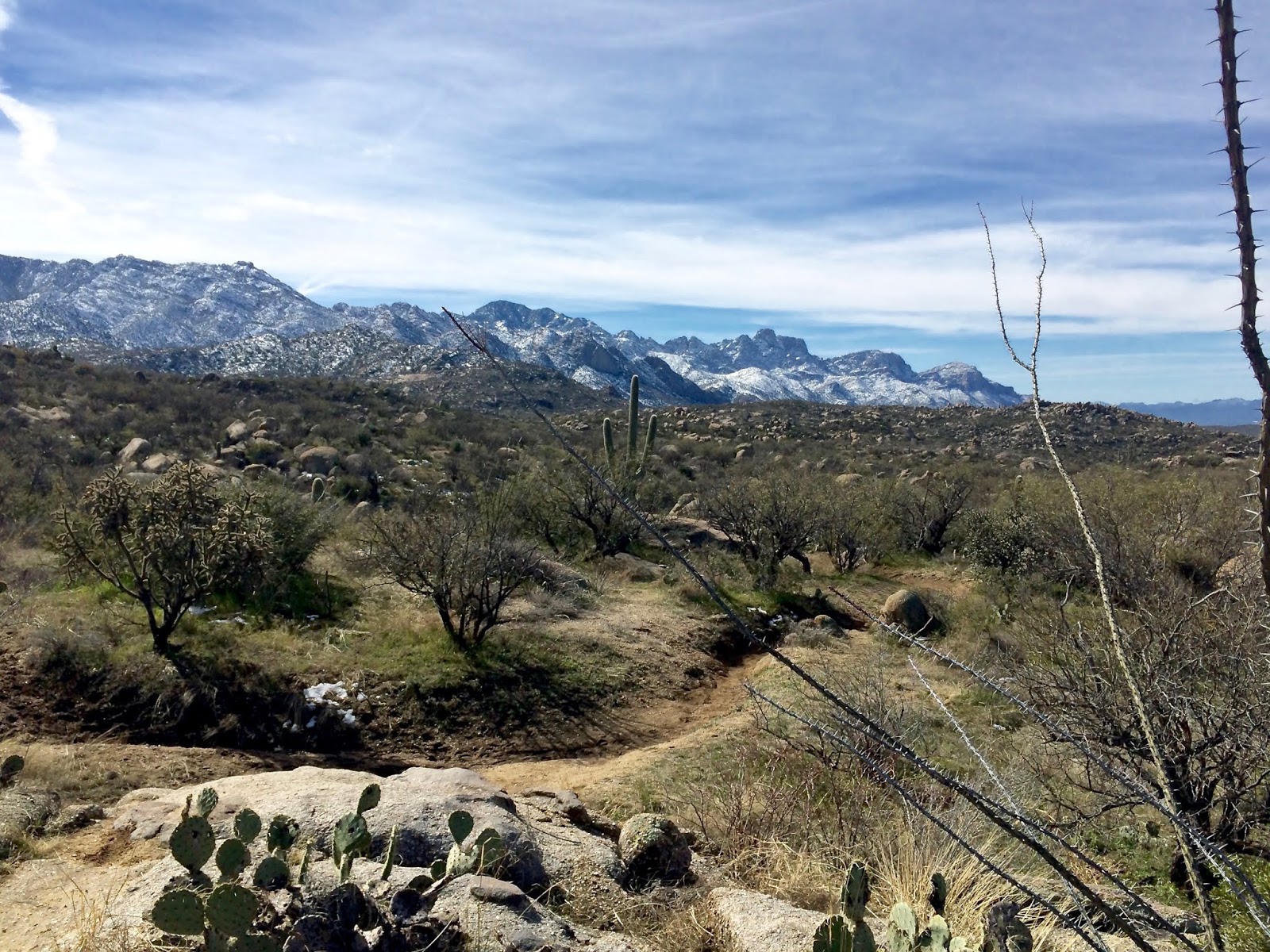 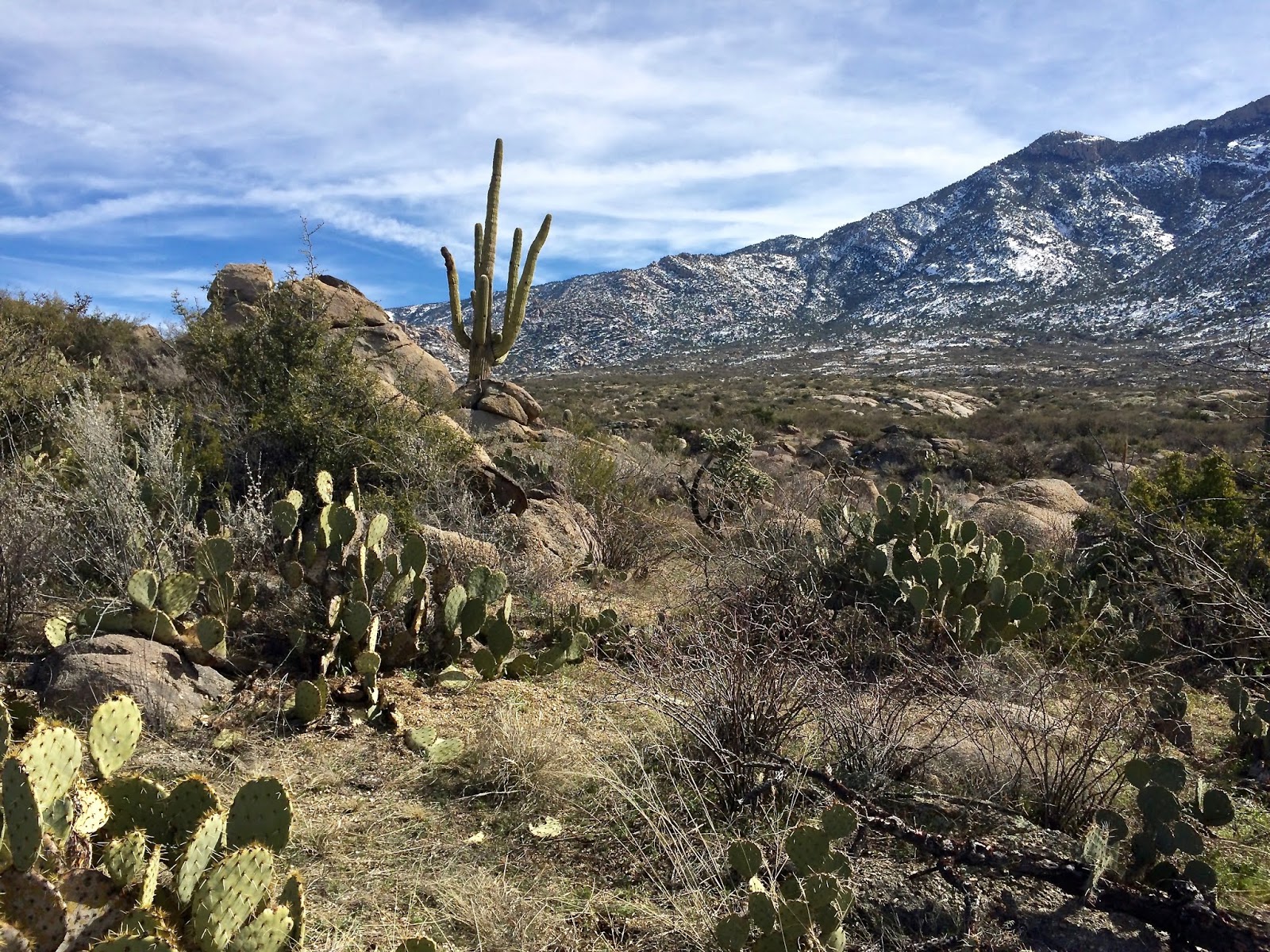 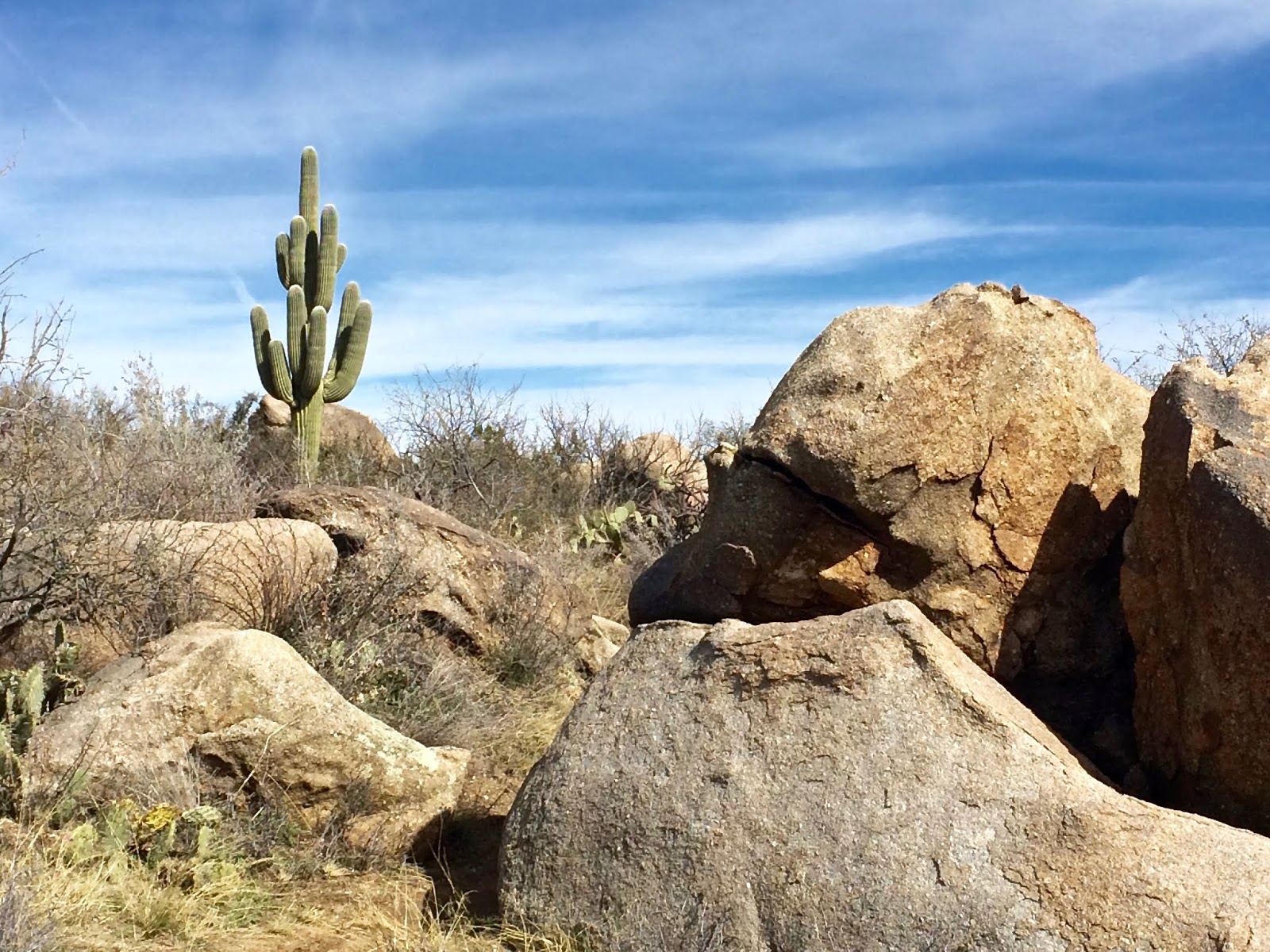 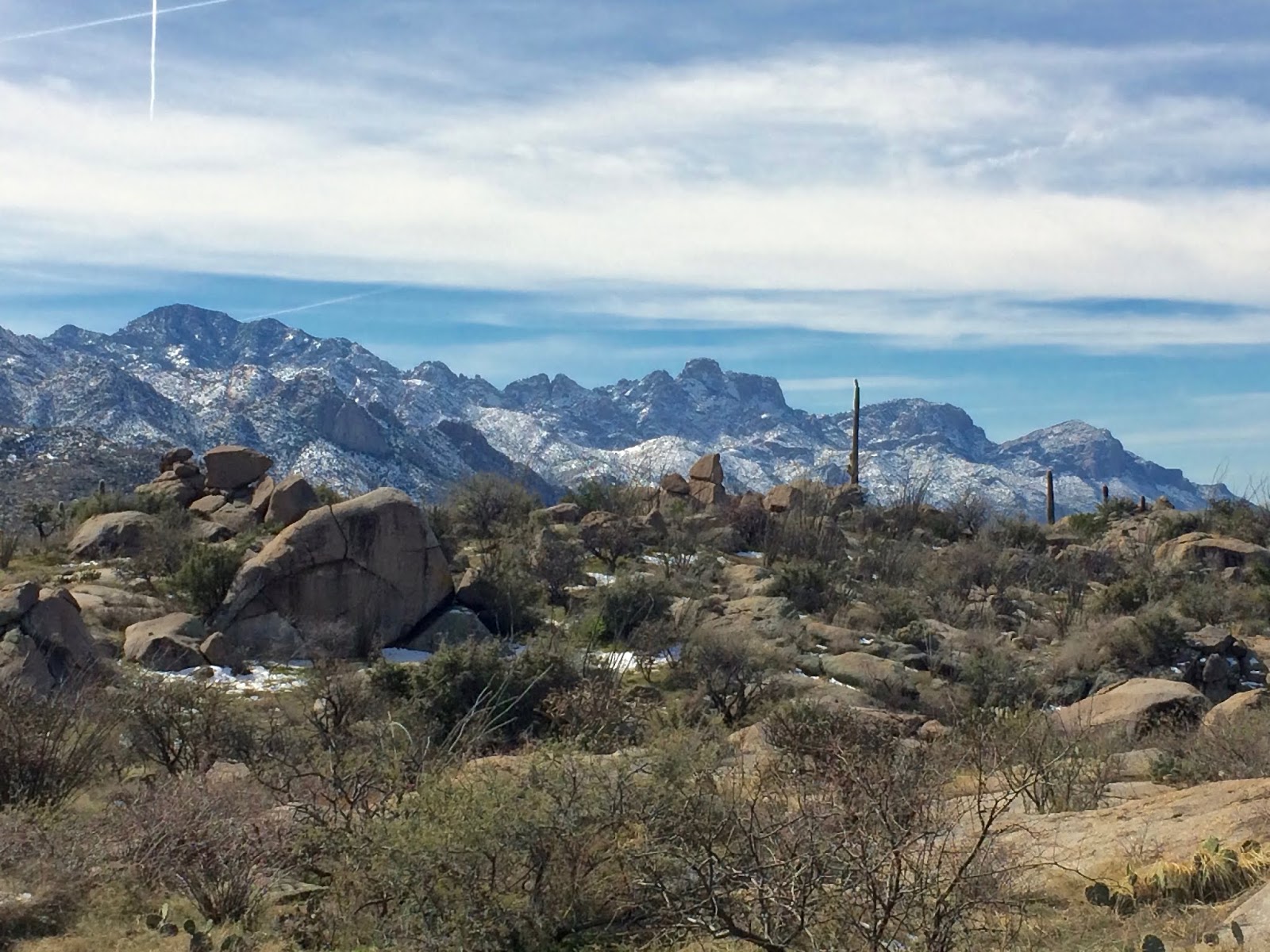 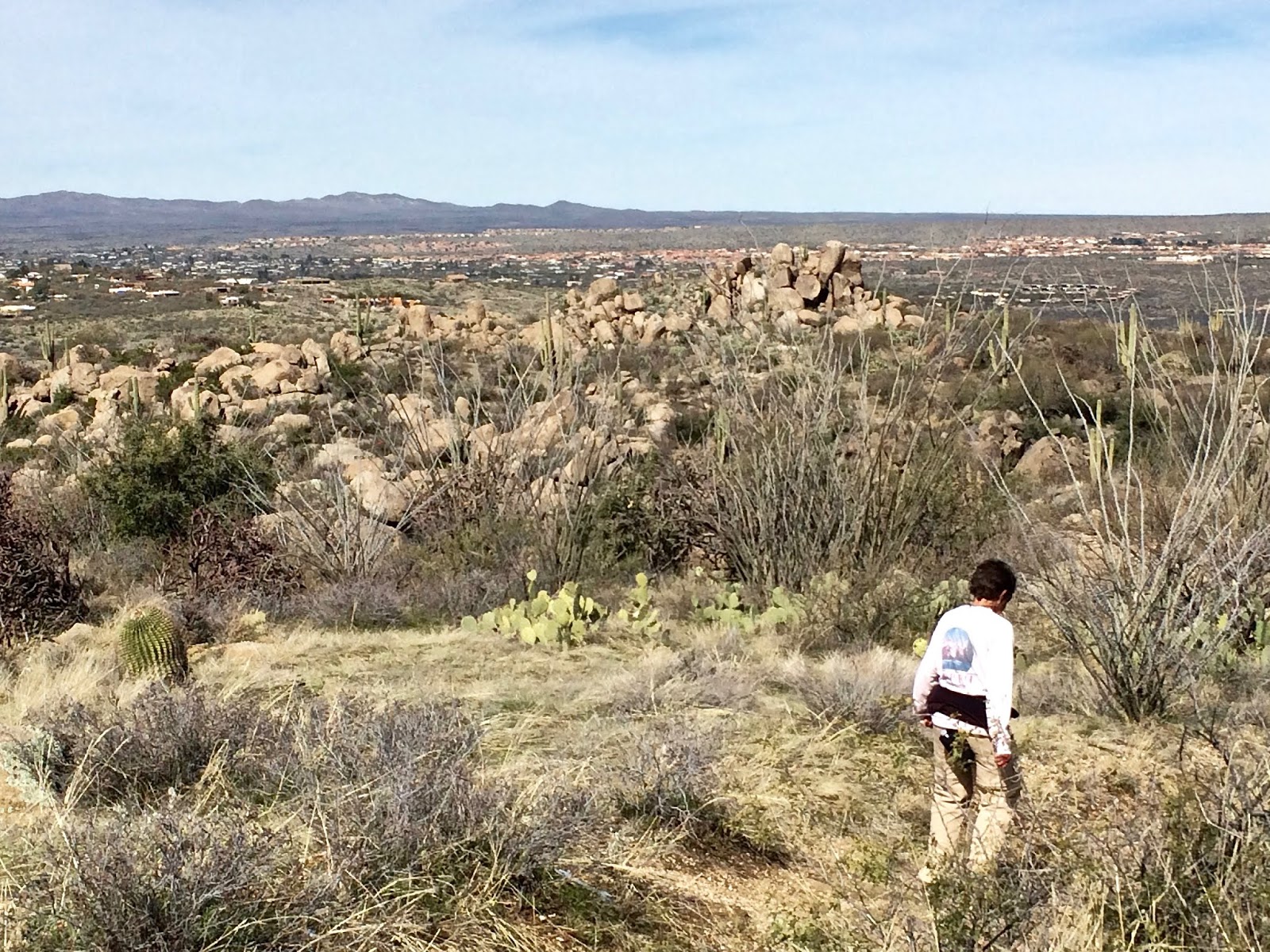 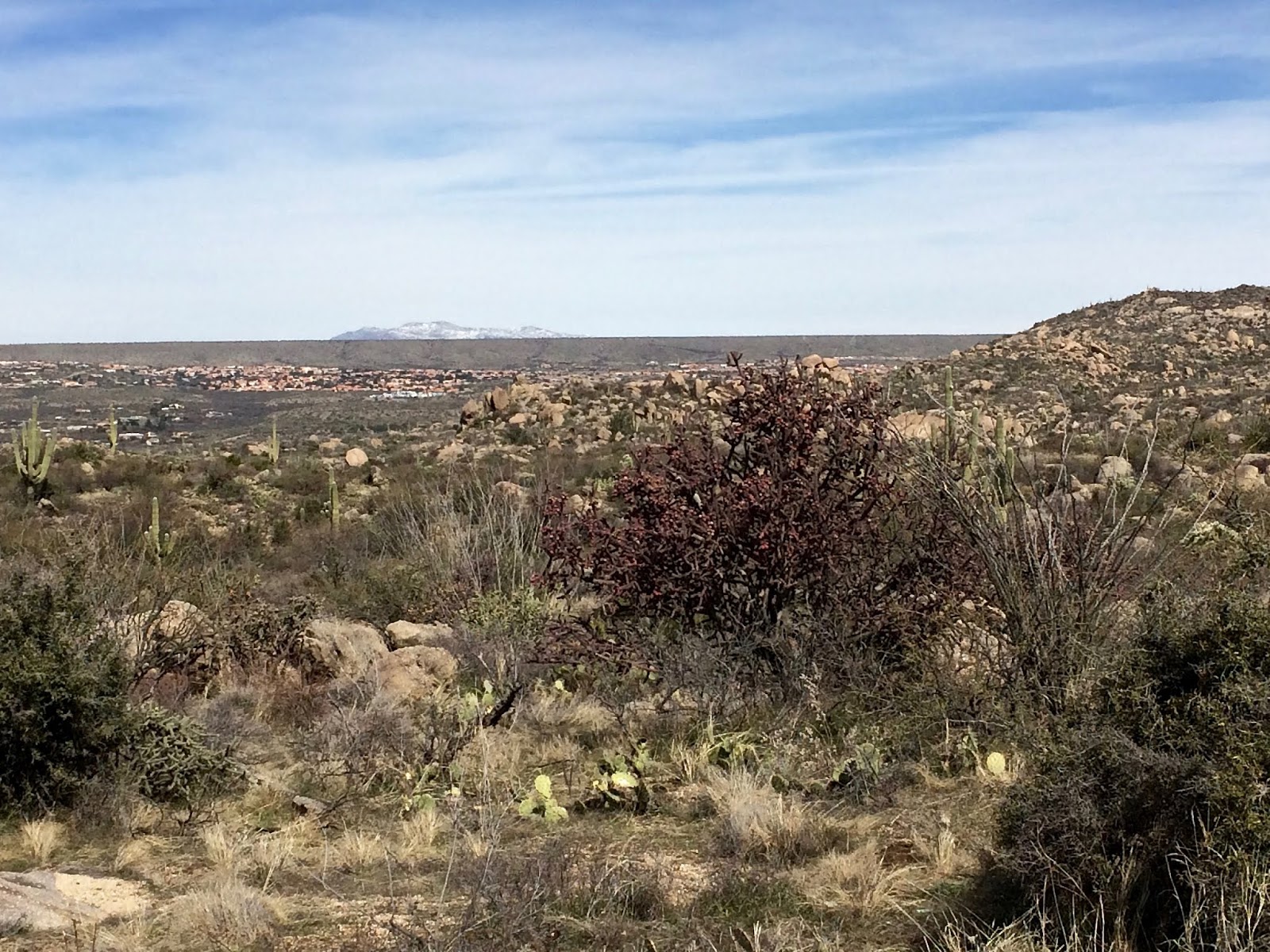 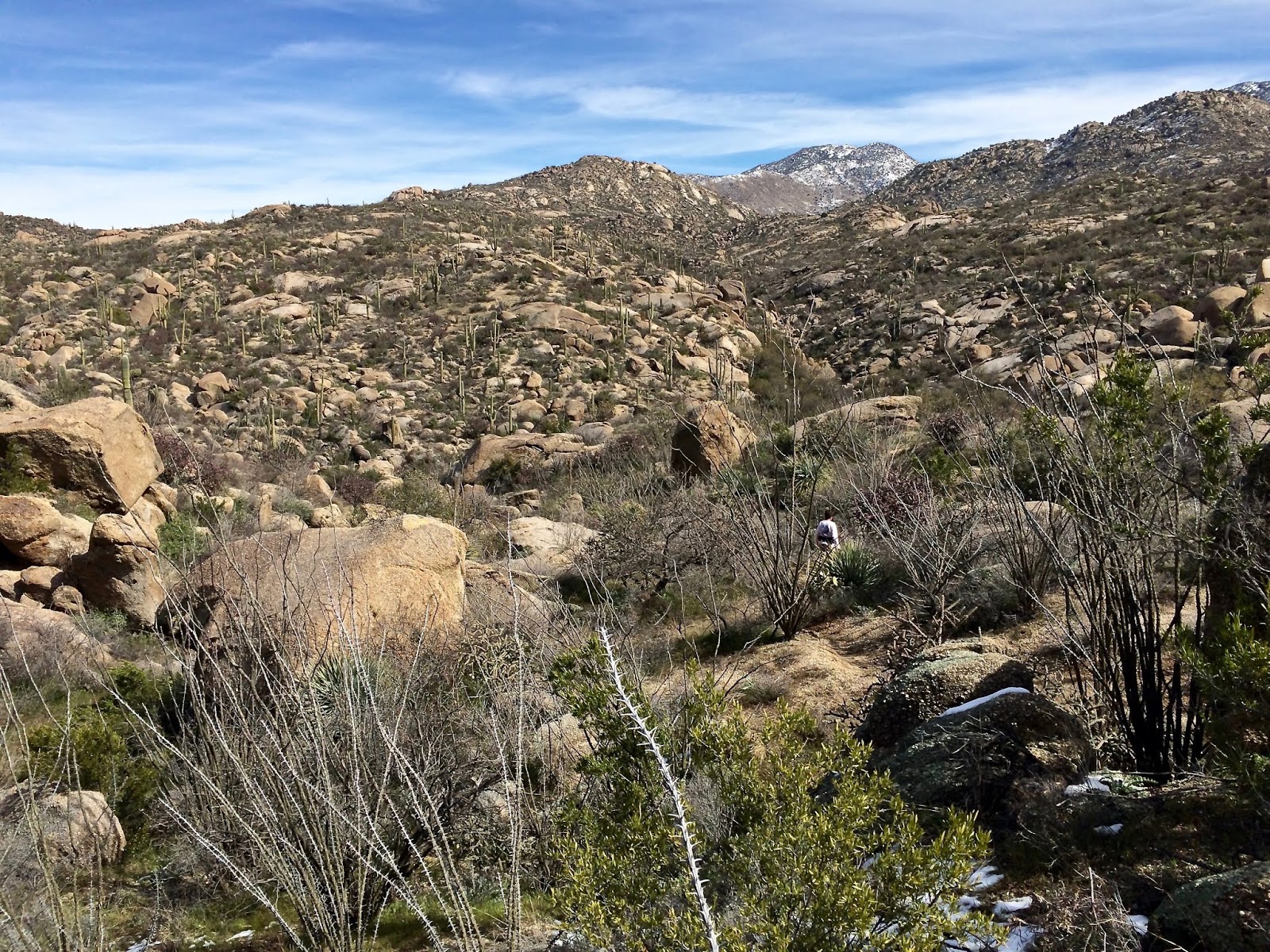 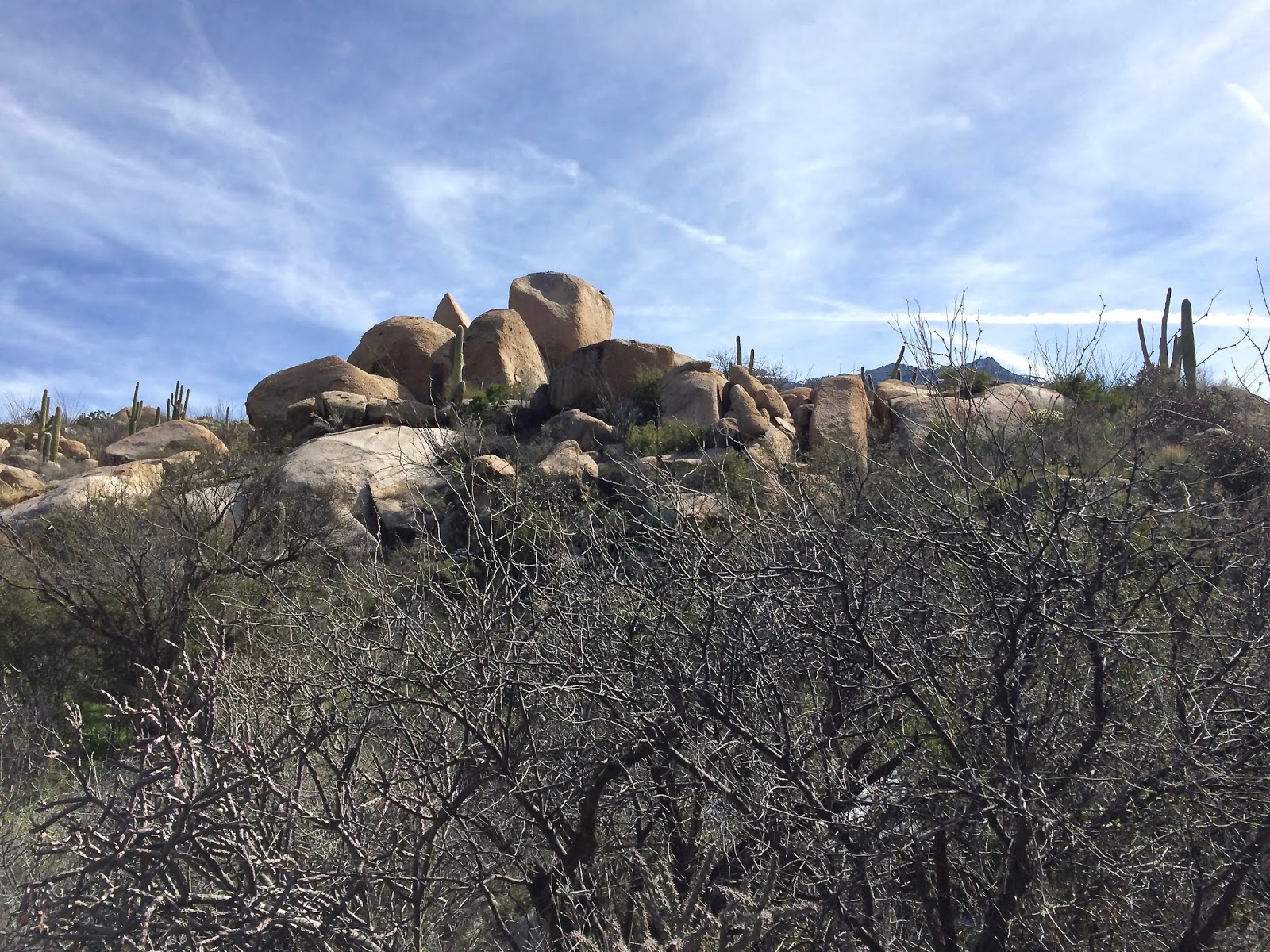 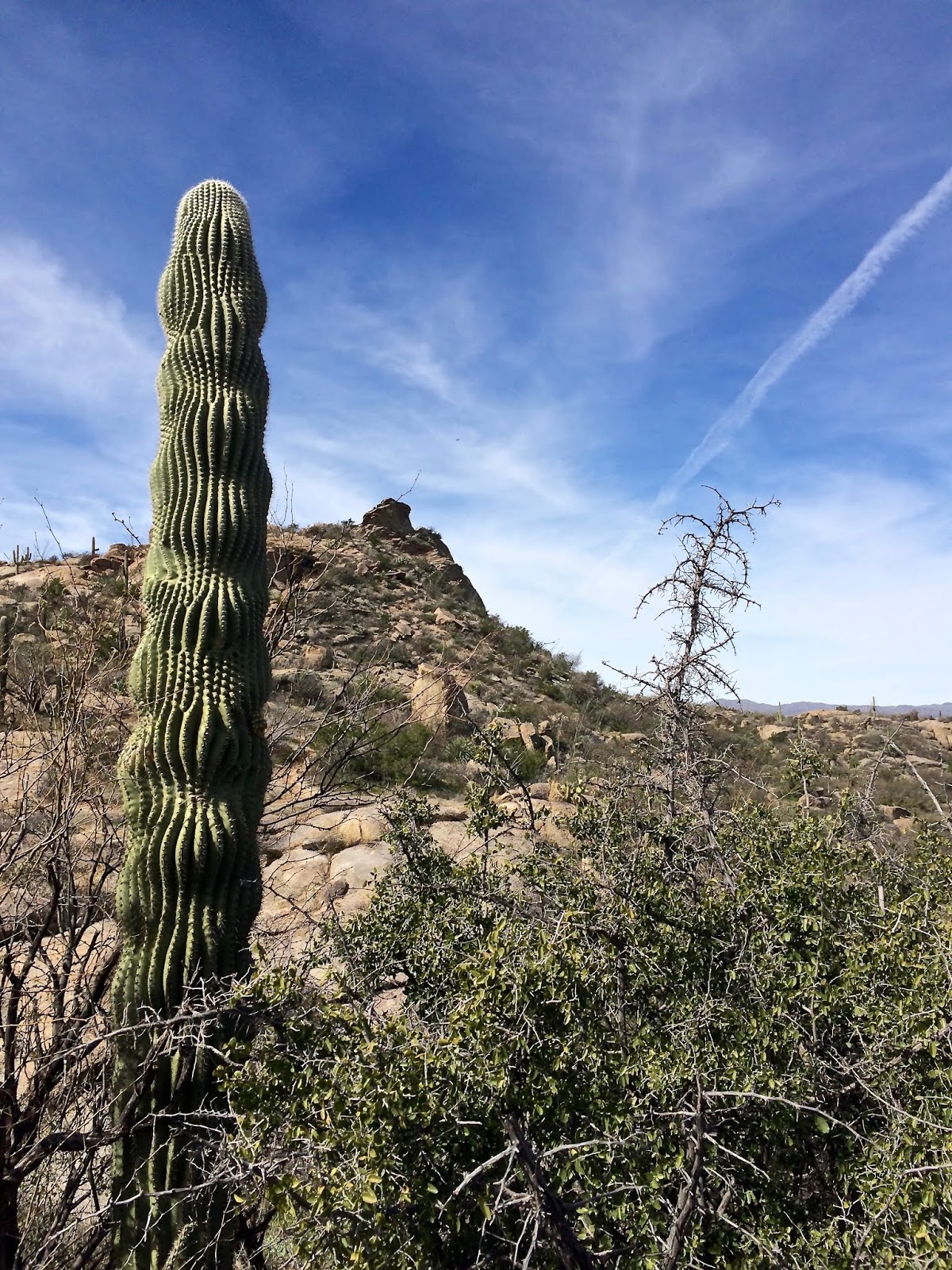 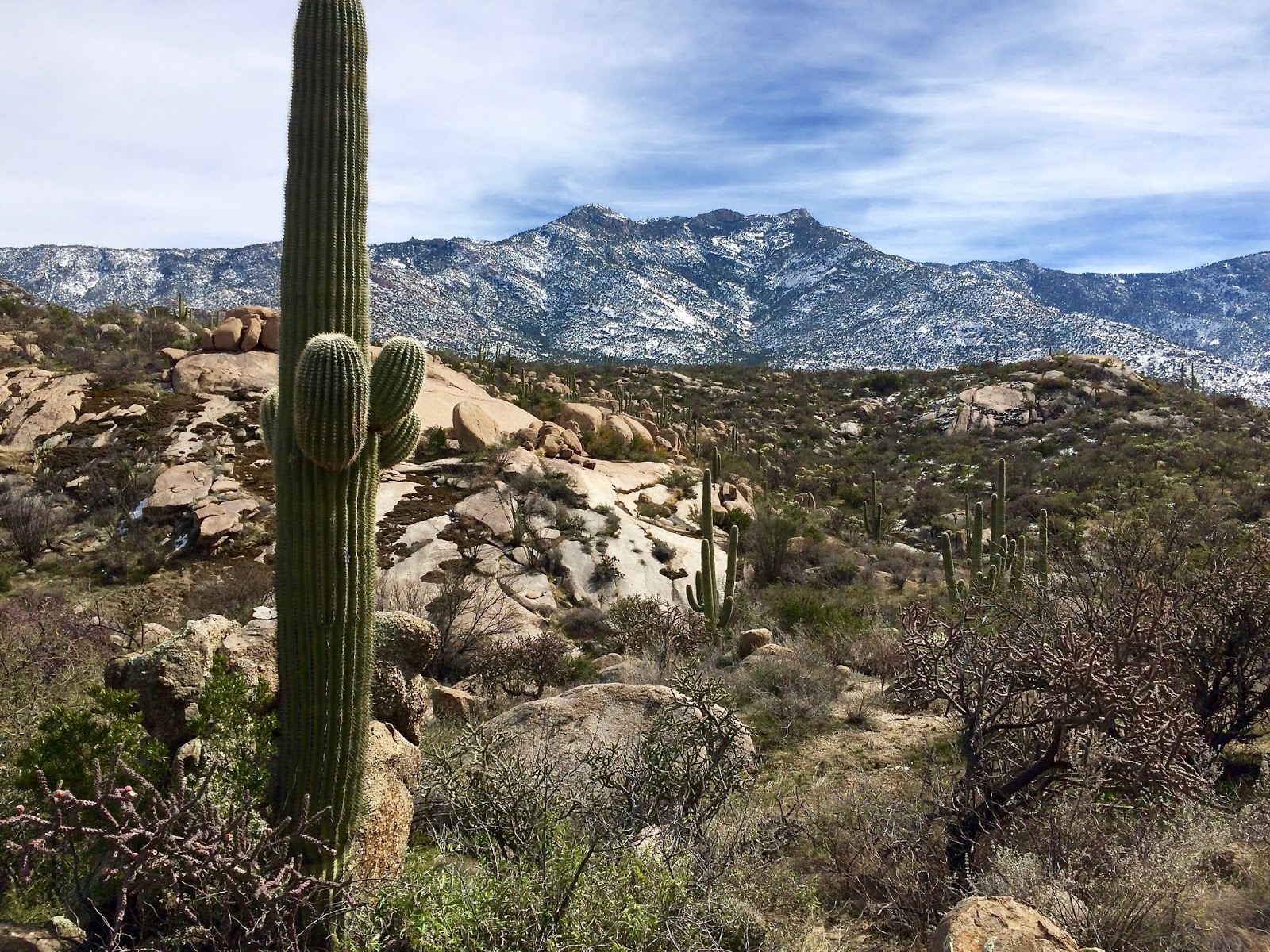 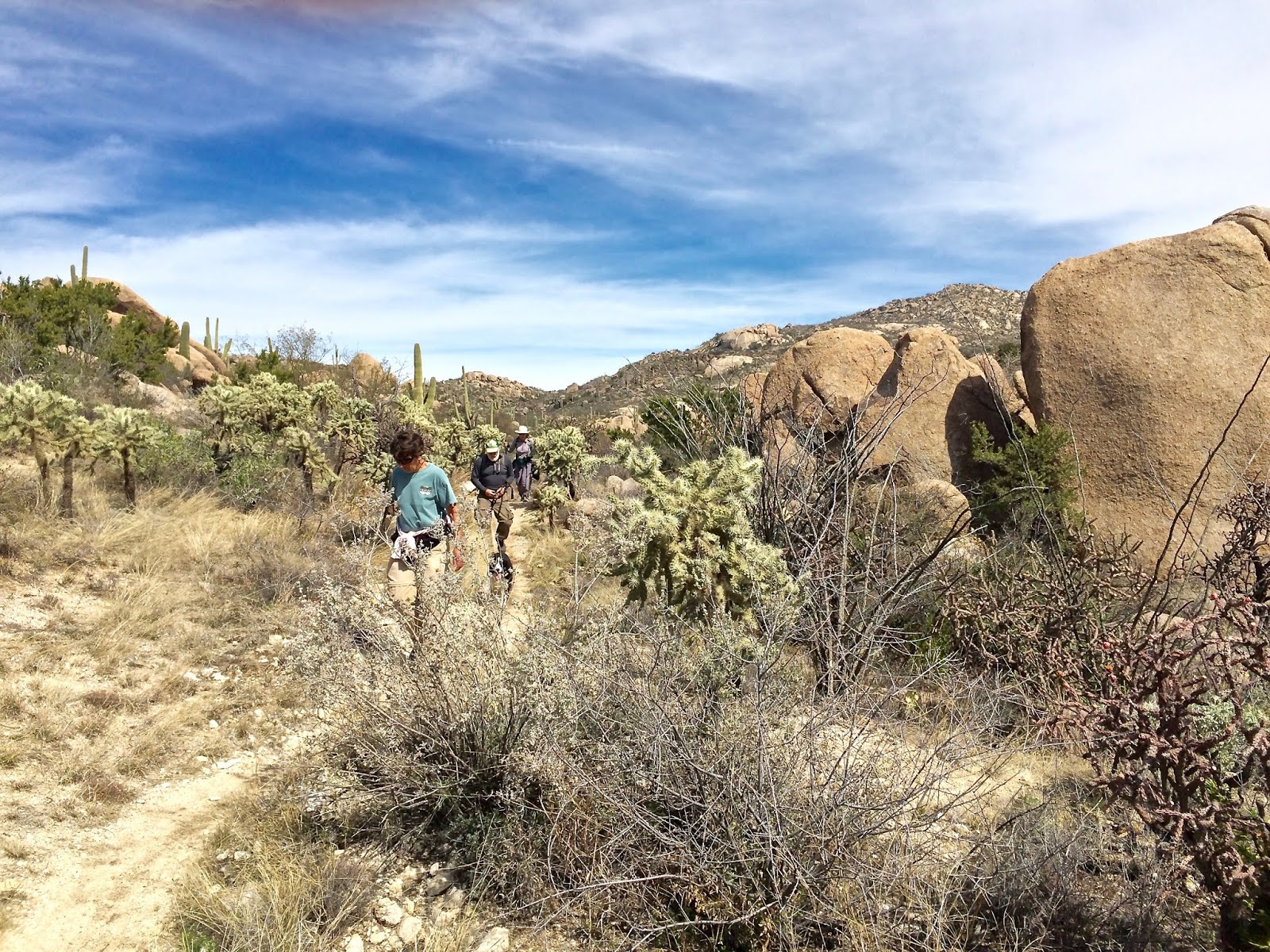 My Bobbie App leads Lost Massachusetions out of the wilderness maze.

Good thing we've got this loop down pat. Hans and Lisa are supposed to show up from snowy Prescott tomorrow and we'll be doing the same hike!

Stay Tuned for that.
Peace out,
Mark and Bobbie..."Romancing the Stones," Outside!

Posted by Box Canyon Blog.com at 8:09 AM