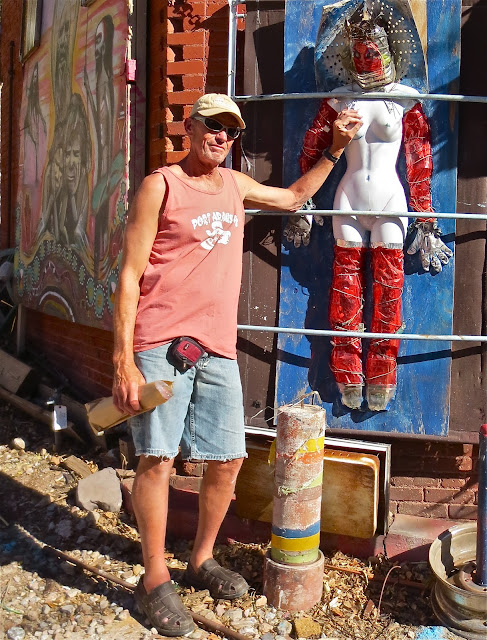 What can I say about Bisbee? It gets ahold of you. Gee, it's been over a week now since we detached ourselves from its Velcro tentacles (rrrriiiiip!). Such Neon Dreaminess... psychedelic madness reminiscent of the good ole 60's. Bisbee's blueprint should be a model for burned out, falling down mining towns throughout the entire west... a place hippies and misfits can run to when their town get's Tubac'ed out from under them. You won't see new town home/condo developments ruining Bisbee proper because there's no place to put them, excluding the "Lavender Pit," a most colorful 300 acre, one thousand foot deep copper mine.

Around the turn of the previous century Bisbee was "Queen of the copper camps," with one of the richest mineral deposits in the world. It was the largest city between St. Louis and San Francisco, populated by 20,000 "relatively cultured" residents. It shows in the detailed and ornate architecture of dozens of homes and buildings.

The mine faltered in the 60's and had to close down in the 70's. As with Jerome and many other places of mass exodus, starving artist hippies filled the vacuum. The town was revitalized but never lost it's soul. Free spirited people, young and old, now call Bisbee home. It is a feast for the eyes, too. Houses literally cling to the sides of steep mountains... a few actually losing their grip to the effects of time, gravity and erosion. Retaining walls bulge into already narrow lanes where Parking is an "art." And then there are all those stairs to climb.

Usually known for fear and loathing of stairs, It seems an unlikely place for senior citizens to retire. In fact, many homes can only be accessed by climbing 50 to 150 stairs... a long way to carry groceries, let alone furniture. We actually met several enthusiastic retirees who wouldn't think of living anywhere else. Former Flower Children, no doubt, San Fran expatriates looking for a little piece of "heaven." At least they are familiar with hill-living and steps. 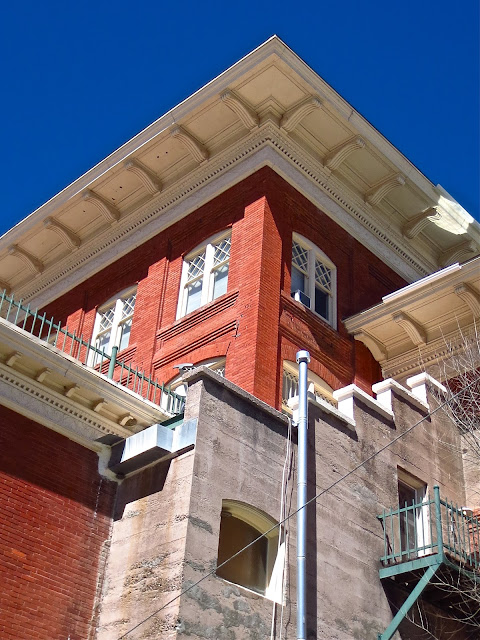 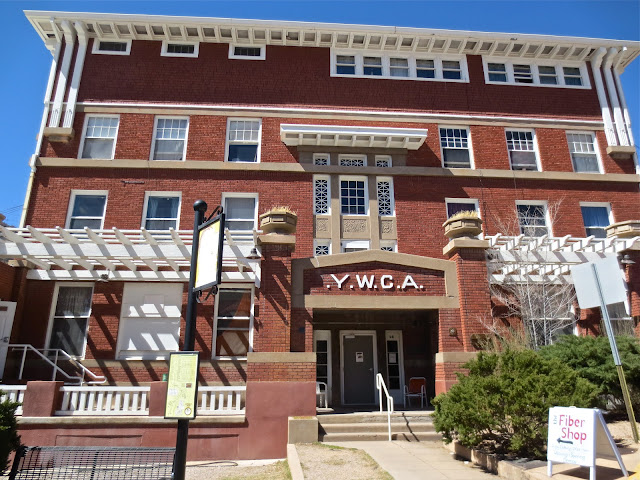 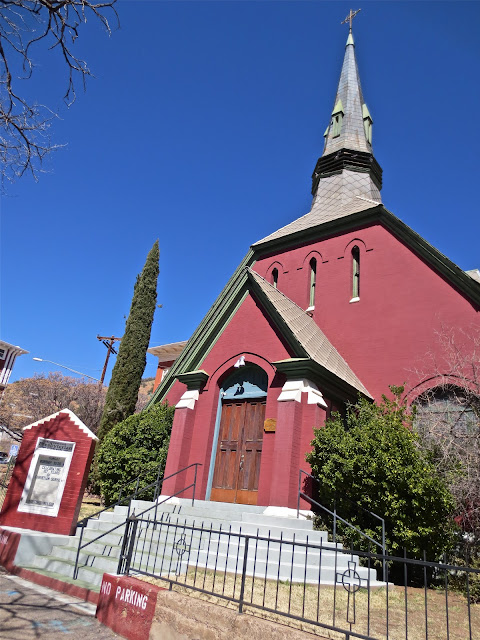 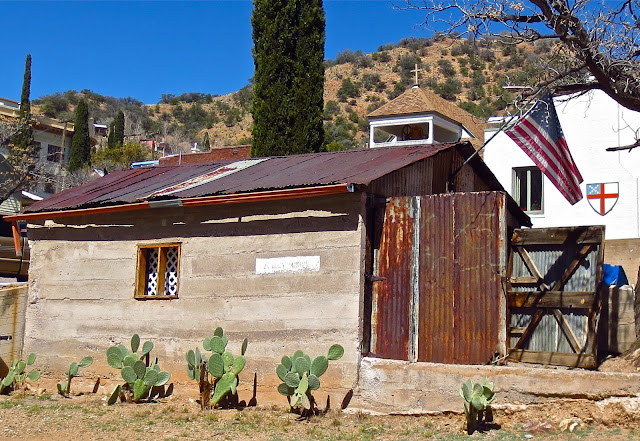 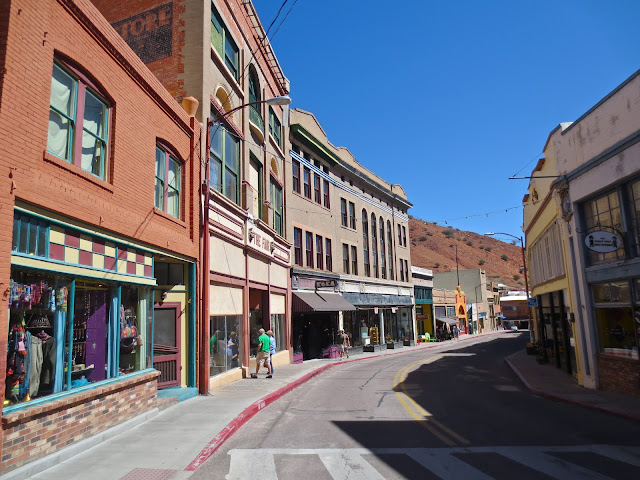 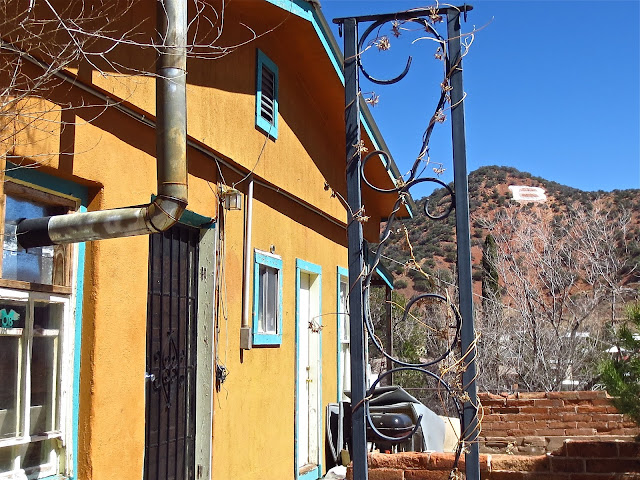 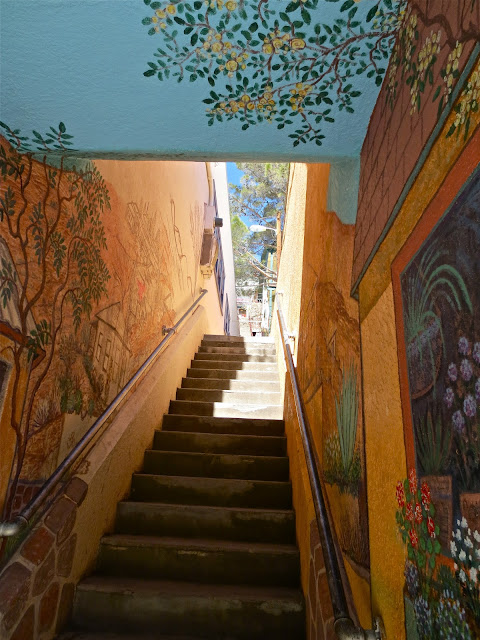 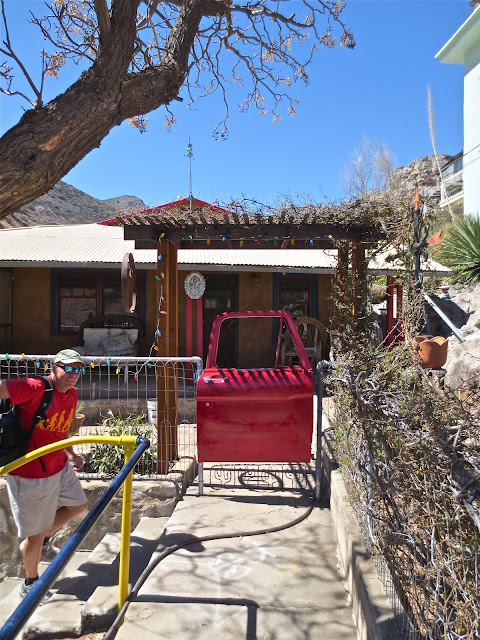 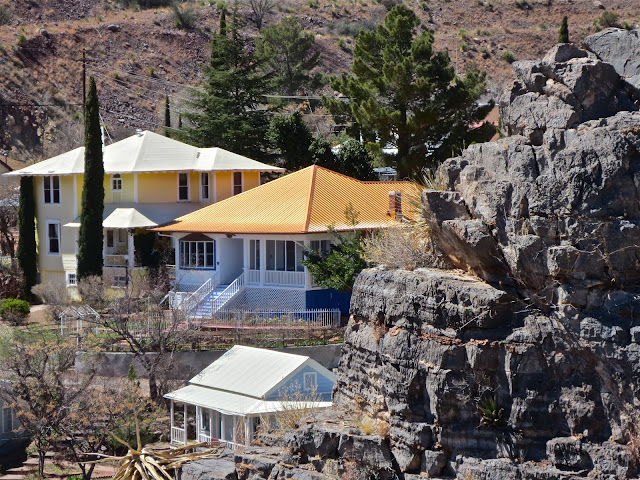 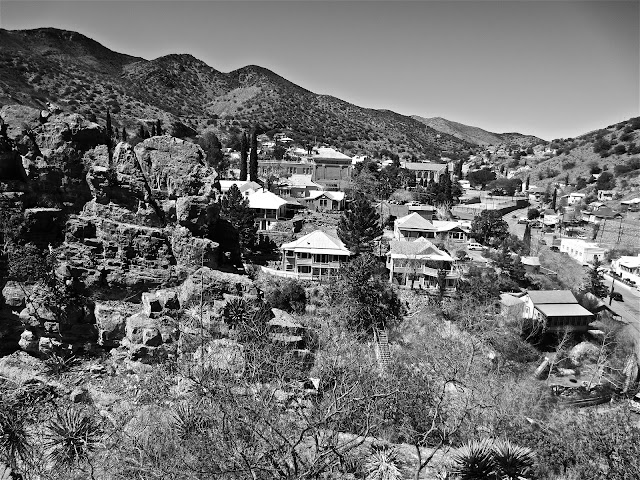 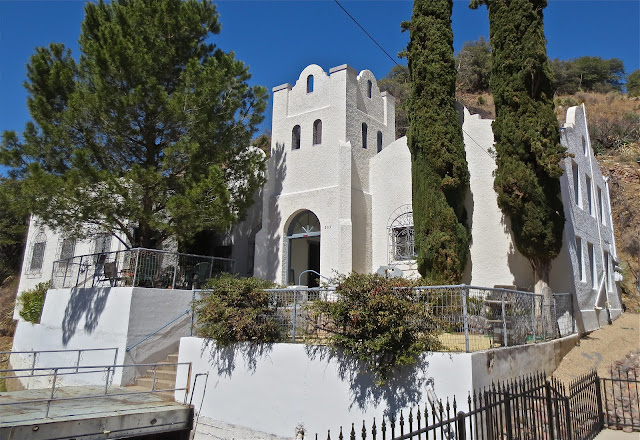 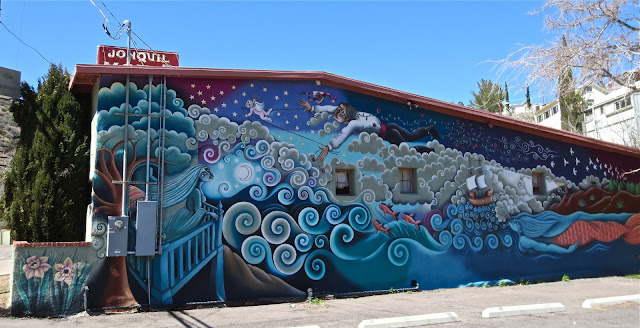 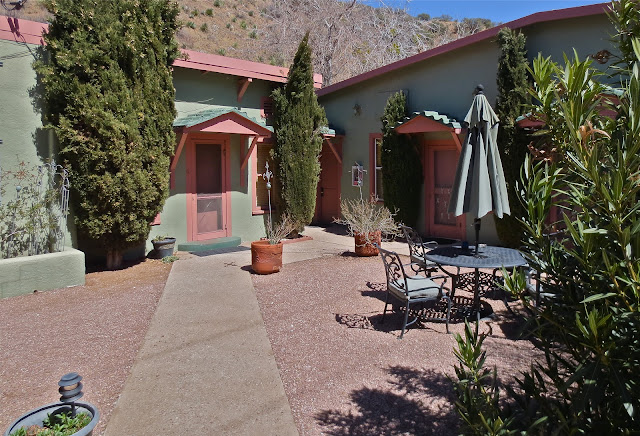 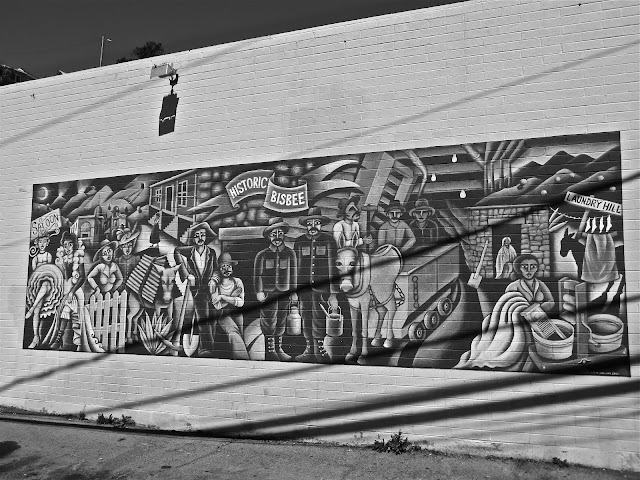 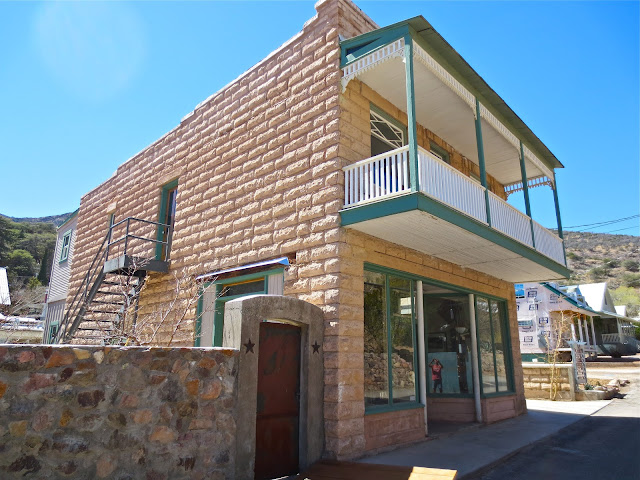 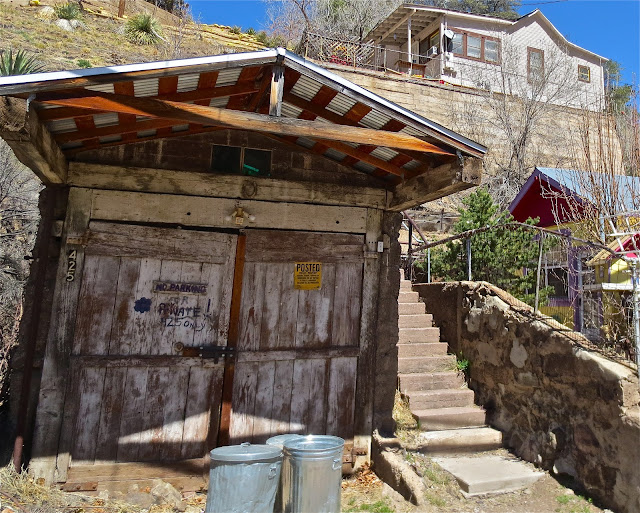 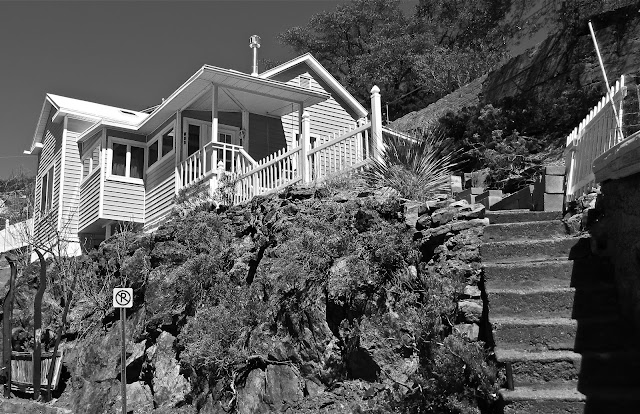 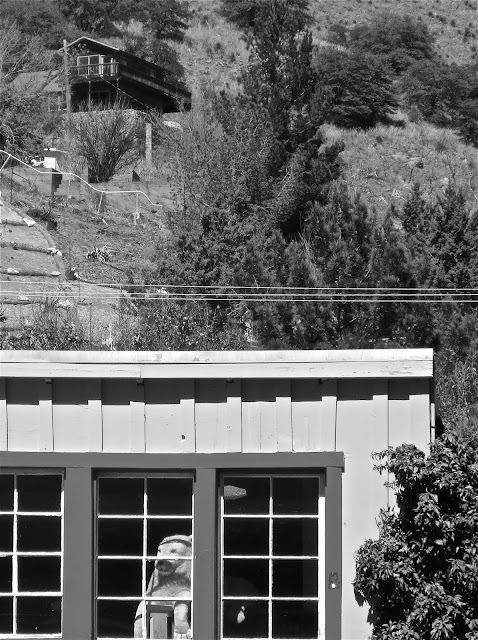 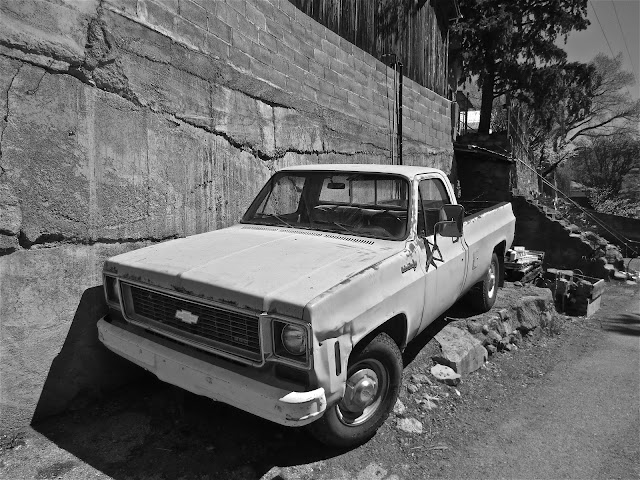 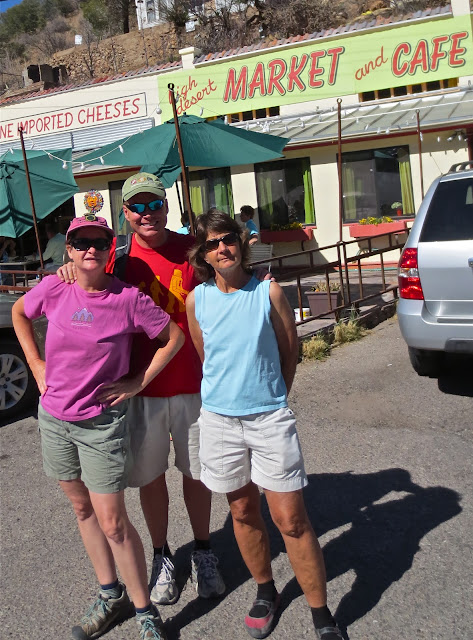 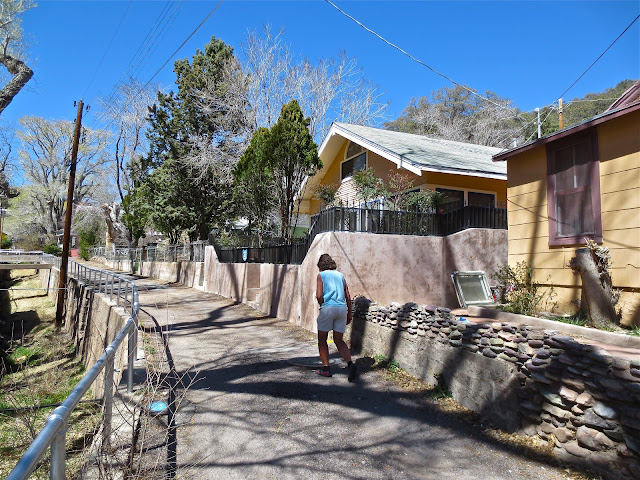 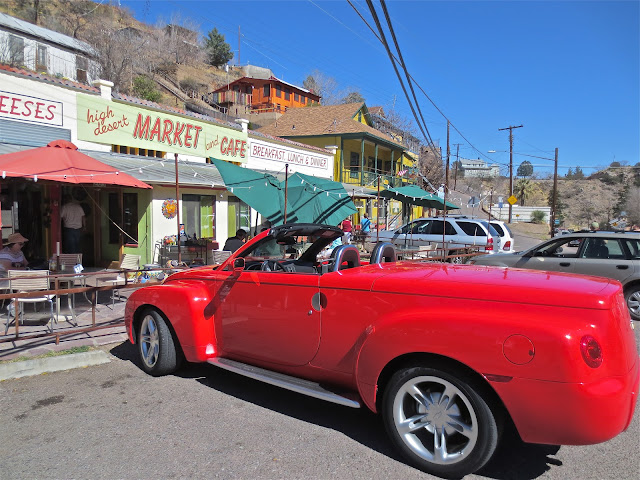 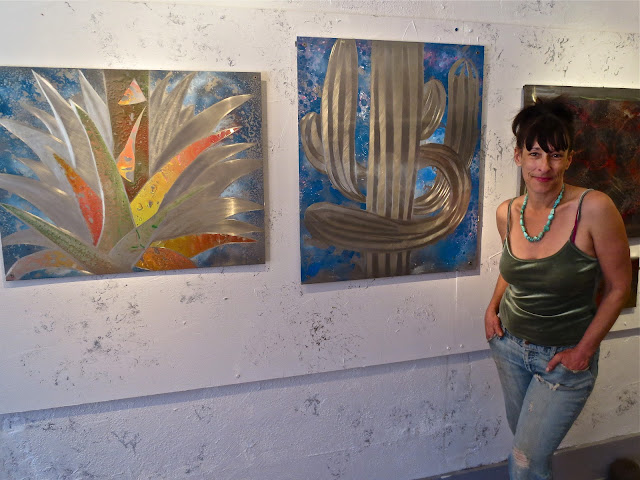 Keep track of this talented Art Metal Artist. She owns and operates the Vixen Gallery on Main Street Bisbee. Beautiful... and her art is nice too :)

More Bisbee coming, so stay tuned to the BCB!!!
Posted by Box Canyon Blog.com at 12:28 PM