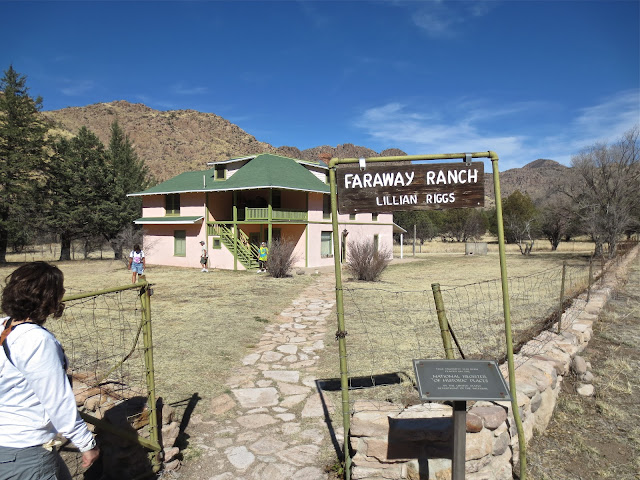 Apaches and Mexicans had been fighting over land and settlements in the southwest for nearly a hundred years before Hughes Stafford pioneered a small ranch in Bonita Canyon in 1879. The canyon was remote, "Faraway" in the Chiricahua Mountains. Chiricahua means "wild turkeys," and while Maikel and I did see a raptor of twenty in the woods while on a mountain bike ride, I like what the Apache called the area much more; "the land of standing up rocks." It only takes one hike to realize why.


In spite of the bonanza of boulders way up in Bonita Canyon, it didn't get much use by area ranchers because, as Mr Stafford once explained, "you couldn't get a horse in there to save your life." Thus it made an admirable hideout for marauding indians who only wanted their land and hunting grounds back. Geronimo was the most notorious Apache, a stubborn man who wouldn't give up what belonged to him and his tribe without a fight. Battles were vicious and bloody... retaliation upon retaliation, massacre upon massacre... women, children, livestock, dogs... anything with a beating heart, and what didn't was burned to the ground.

Once, in a retaliatory attack near Silver City, N. M., a bunch of miners raided a defenseless Apache village while the warriors were gone. They swooped in and murdered women, children and elders, then set fire to their teepees. An incensed Geronimo countered by attacking a small ranch, killing everyone, including a little girl which they left hanging by a meat hook they embedded at the base of her skull. Ruthless and gruesome times for all involved, yet the "White Man" kept coming. Even after making peace with the United States and even embracing Christianity, on his deathbed Geronimo confessed to a nephew these last words, "I should have never surrendered. I should have fought until I was the last man alive." 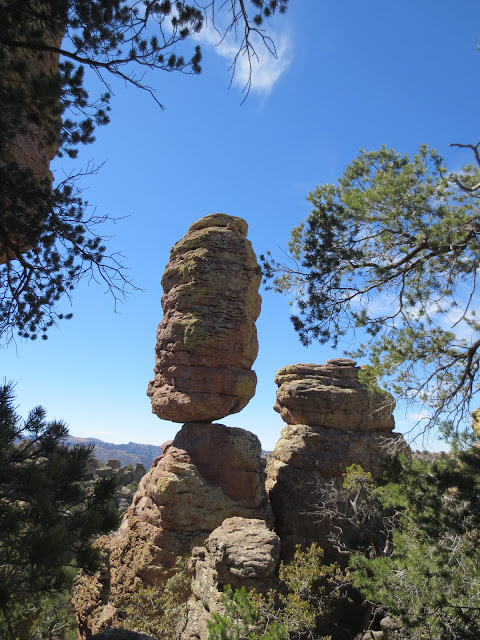 The Chiricahua Mountains are at the intersection of plants and animals from four separate ecosystems; the Rocky Mountains to the north, Mexico’s Sierra Madre Mountains to the south, plus the Sonoran and Chihuahuan Deserts. The mountains are lush, with diverse and blended vegetation forms... from tall pines to desert cactus. But I didn't come all the way to the remote southeast corner of Arizona to inspect the herbage. Nope, I came to walk amongst the "standing up rocks." But first, a little more on the Faraway Ranch.

In 1886, an all Black 10th Cavalry Unit was established in Bonita Canyon as part of the last campaign to capture Geronimo and put down his tribe. Enter Neil Erickson and Emma Peterson, Swedish immigrants looking to homestead in Bonita Canyon. They were soon married, had children and became successful ranchers. They began to buy up smaller homesteads... planted fruit trees and large gardens, brought in dairy cows and chickens in order to become entirely self sufficient.

Lillian, the oldest child of Neil and Emma, went off to college and then returned to teach the local children. But her career as a school marm was cut short when she ended up taking over the operations at Faraway Ranch... all by herself, until she married Ed Riggs. Lillian and Ed began promoting Chiricahua's boulders as a tourist attraction. Before long they were housing, feeding and guiding regular customers from back east and all over the world. The old ranch house still stands today and looks as it did when Lillian passed away in 1977. Truly, she was a pioneer woman, capable, tough and strong. 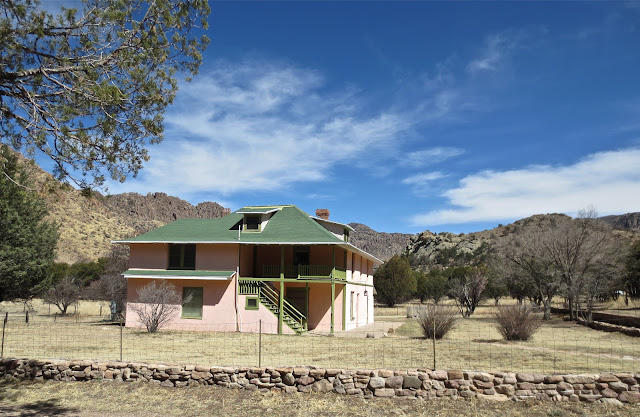 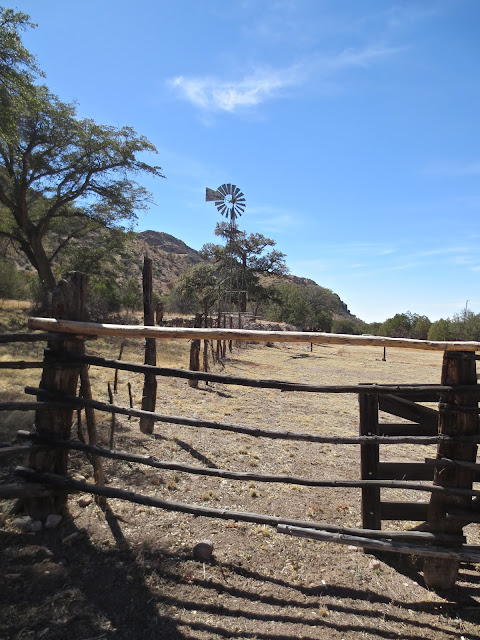 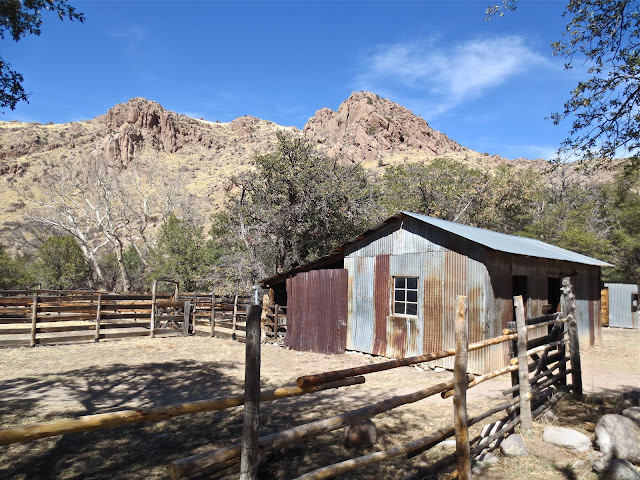 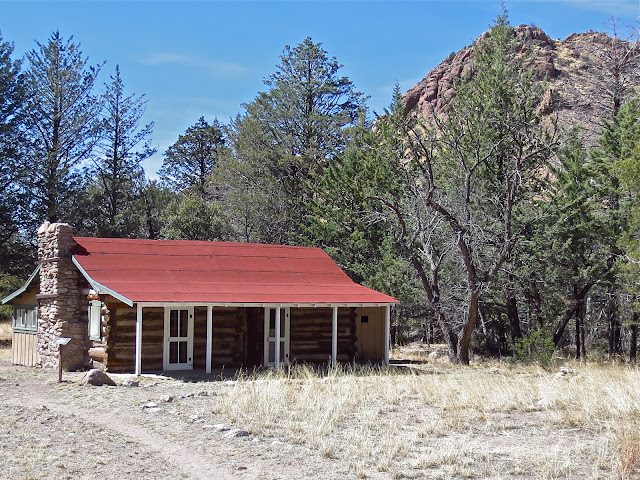 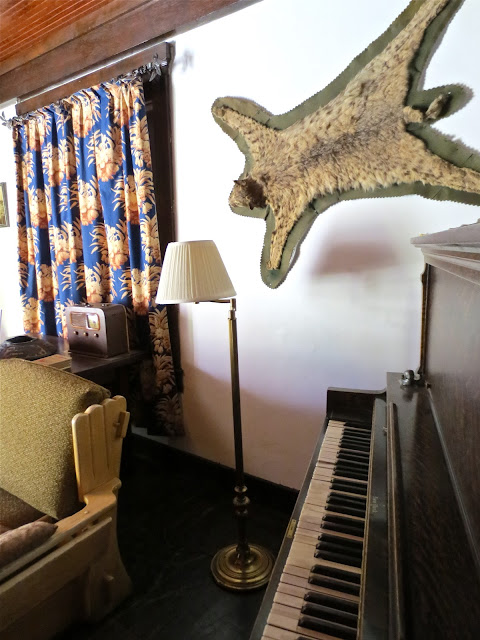 From National Park Service.gov:
Faraway Ranch was the home of Swedish Immigrants, Neil and Emma Erickson. Emma Peterson bought a two-room cabin in December of 1886. After she and Neil Erickson marries in January 887 they settled on the 160-acre homestead. The couple struggled with farming so Neil worked in Bisbee as a carpenter, leaving Emma alone two to three months at a time. In 1898 the couple expanded the cabin to a two-story, board-and-batten style frame house. In 1903 Neil became the first ranger for the Chiricahua Forest Reserve. With Neil staying home for the first time in their marriage, the house grew again. Neil and Emma had three children, Lillian, Ben and Hildegarde.

By 1915 Neil had constructed a two and half-story building with adobe and board-and-batten walls. Two years after Neil finished the house the Forest Service transferred him to Flaggstaff.

The house experienced another phase of a building when Neil and Emma's daughter Lillian married Ed Riggs in 1923. Ed was able to add the comforts needed for a modern and successful guest ranch operation, including bathrooms, oil heat, and electricity. He enclosed the north porch to make a large dining room.

Faraway Ranch guests could explore the grounds, swim in the pool, or relax with a book. There was birdwatching, hiking, and they could take their picnic lunch up to the Wonderland of Rocks by horseback. After dinner guests might retire to the living room for music and Lillian's tales of the wild, wild west. 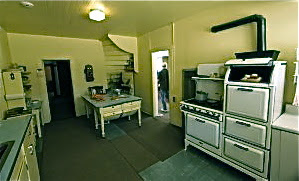 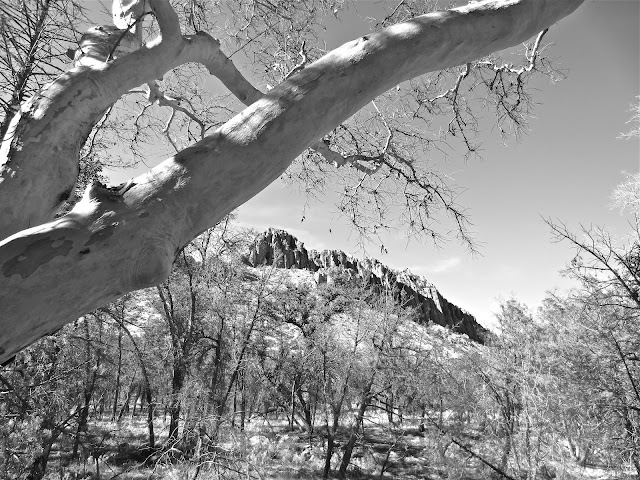 On another note, here is a link to my last published Ouray County Plaindealer newspaper column. Most of my "material" springs from ideas and writings on the Box Canyon Blog.com, so it may sound familiar.   http://www.ouraynews.com/index.php/johnson-make-no-covenant-with-a-dubious-universe
Also, check out the mountain lion track above my article...
Posted by Box Canyon Blog.com at 7:45 AM