Thanksgiving: Going At The Speed Of A Thousand Smiles An Hour 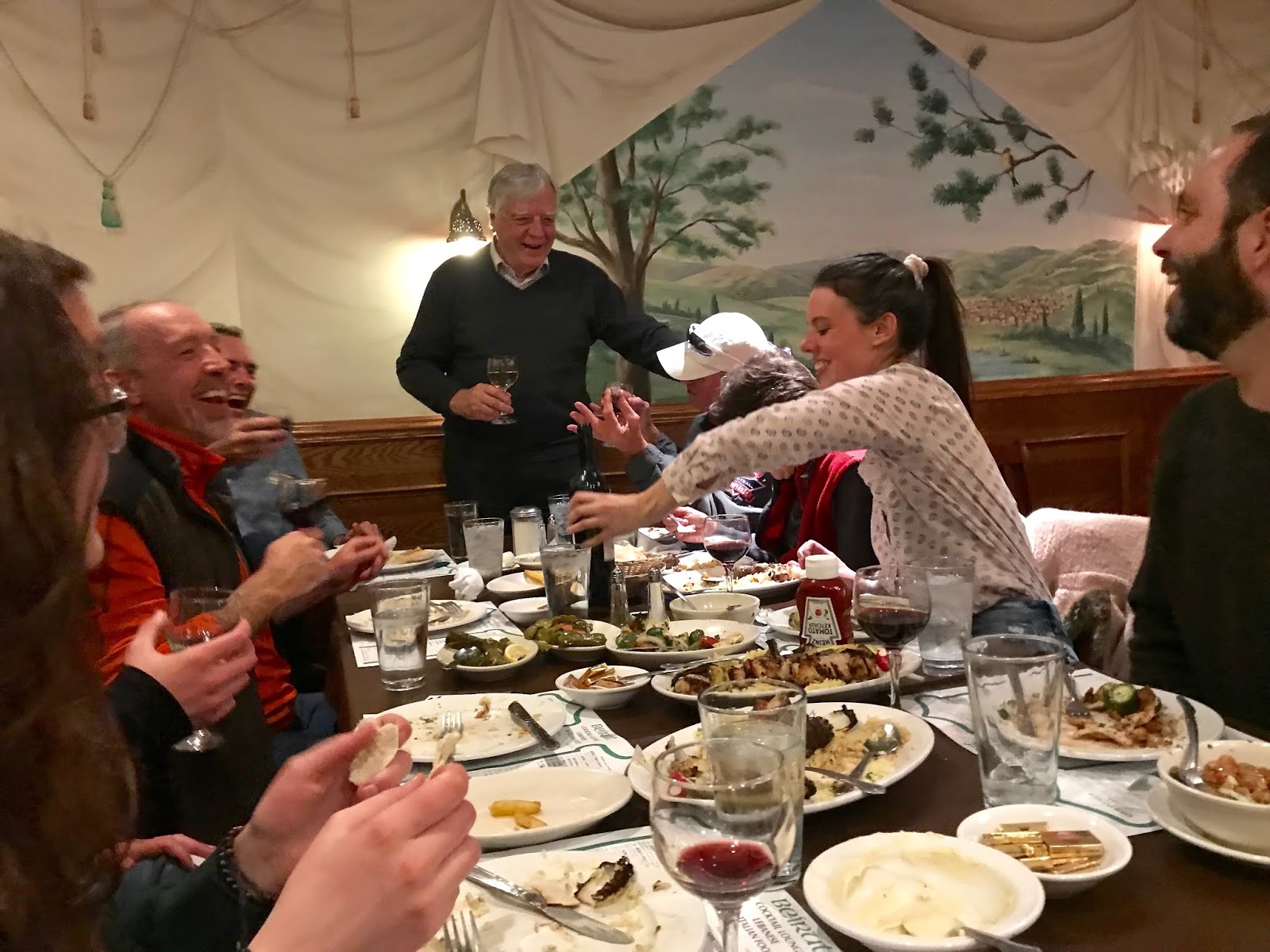 In a speed-of-light world that oft seems to be racing toward demise, we all need a constant...something steadfast to hold on to as the years race by. For me it is our far flung Family.


We had another lighthearted and enthusiastic group show up for this year's Thanksgiving reunion in Toledo, Ohio.That everyone showed up again, from as far and away as China, is both commendable and heartwarming.

Sometimes our reunions are a skit right out of Saturday Night Live, from people bent over in laughter and fighting for breath to eyes rolling at the re-telling of some old story from the archives. Such was the "Chocolate Malt Skit," where we tried to convey to Kelli, who recently married into this family, the Art of hand-making the perfect Malt. Suffice it to say, after an evening of overconsumption of food and beverage, we arrived "home" to my brother and sister-in-law's house and proceeded to demonstrate said "Art" by constructing the perfect Handcrafted Malted Milk Shake Malt." It was a hilarious hour... but I guess you had to be there. Chocolate Malts, you see, are a family addiction that goes back as far as I can remember. Many have tried, but so few have perfected.

Try to imagine Time as an hourglass like I often do. For some in our family there are far more grains of sand at the bottom than on top. Life is running its course, and we all know how it ends. If spent wisely, Time is more verb than noun. It's filled with of acts of love, appreciation, and laughter. Some families don't get along. I'm thankful for a family that does.

So, another year another reunion. I've noted...year in and year out...these common denominators among our family members: Joy, love, and laughter are always present...as are the same old stories, passed from elders to offspring. Over time these tales grow with embellishments, you know,  just to keep them fresh. The Johnson oral history is in part a legacy to future Johnsons. Like any good novel, it has its share of comedy and tragedy. Hopefully, some of these stories will endure the test of time, and be retold long after the elders are gone.

Anyway, It is my wish that our joy and laughter and love might be contagious. Meet the "players." 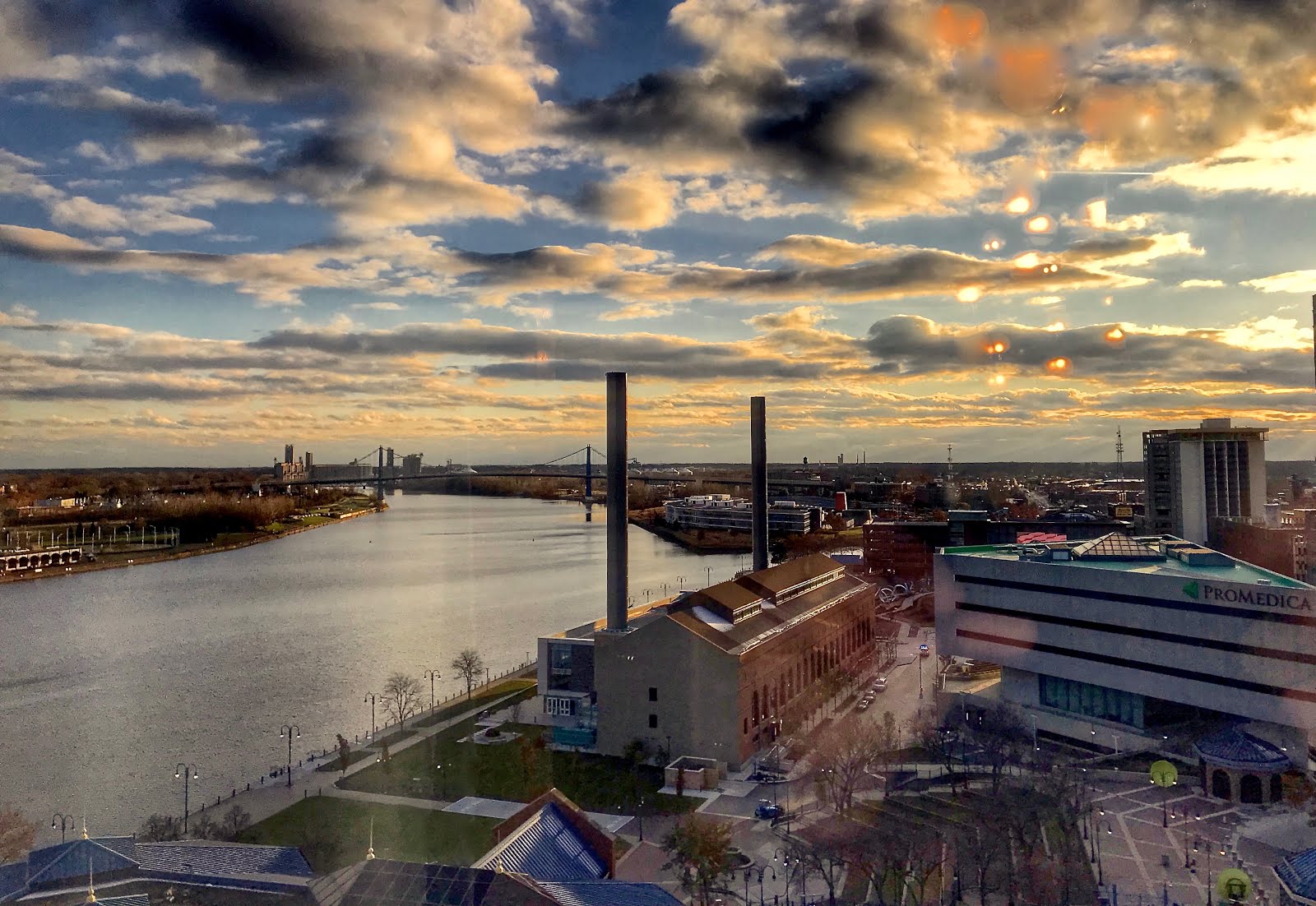 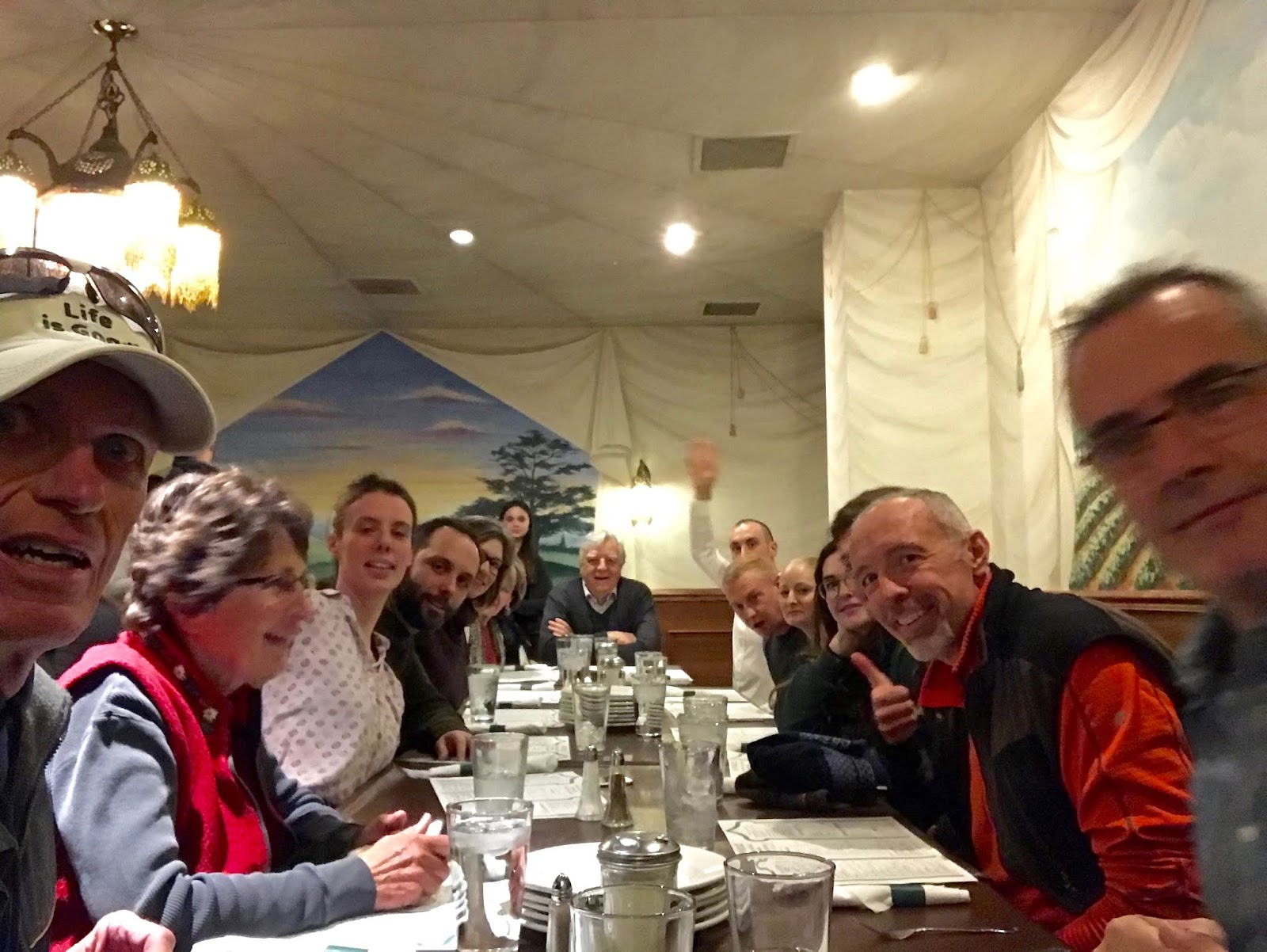 So what do we do after 3 rounds at "The Height?" Meet up at "Beirut," a popular Lebanese restaurant where wine flows like the Litany River. 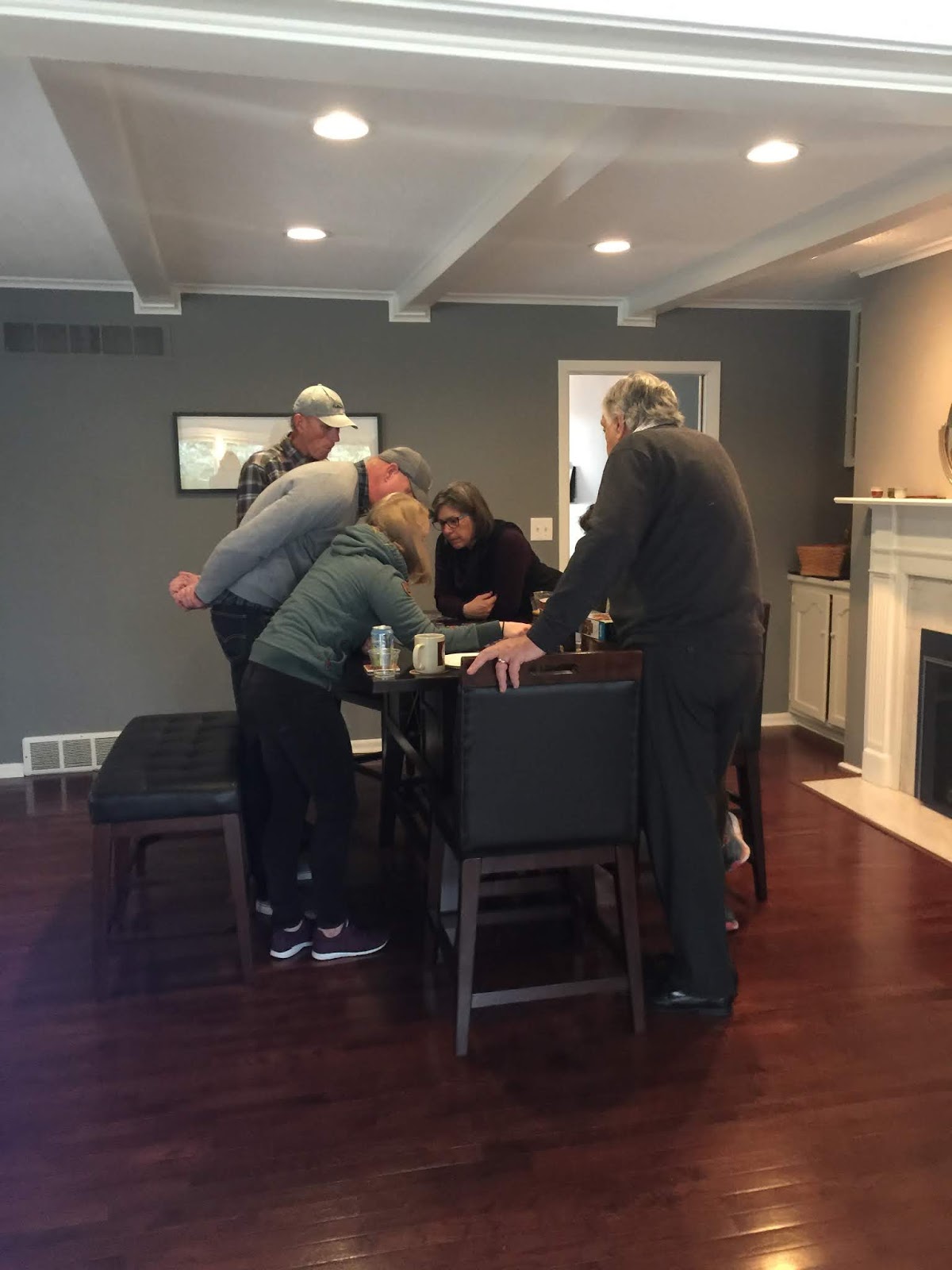 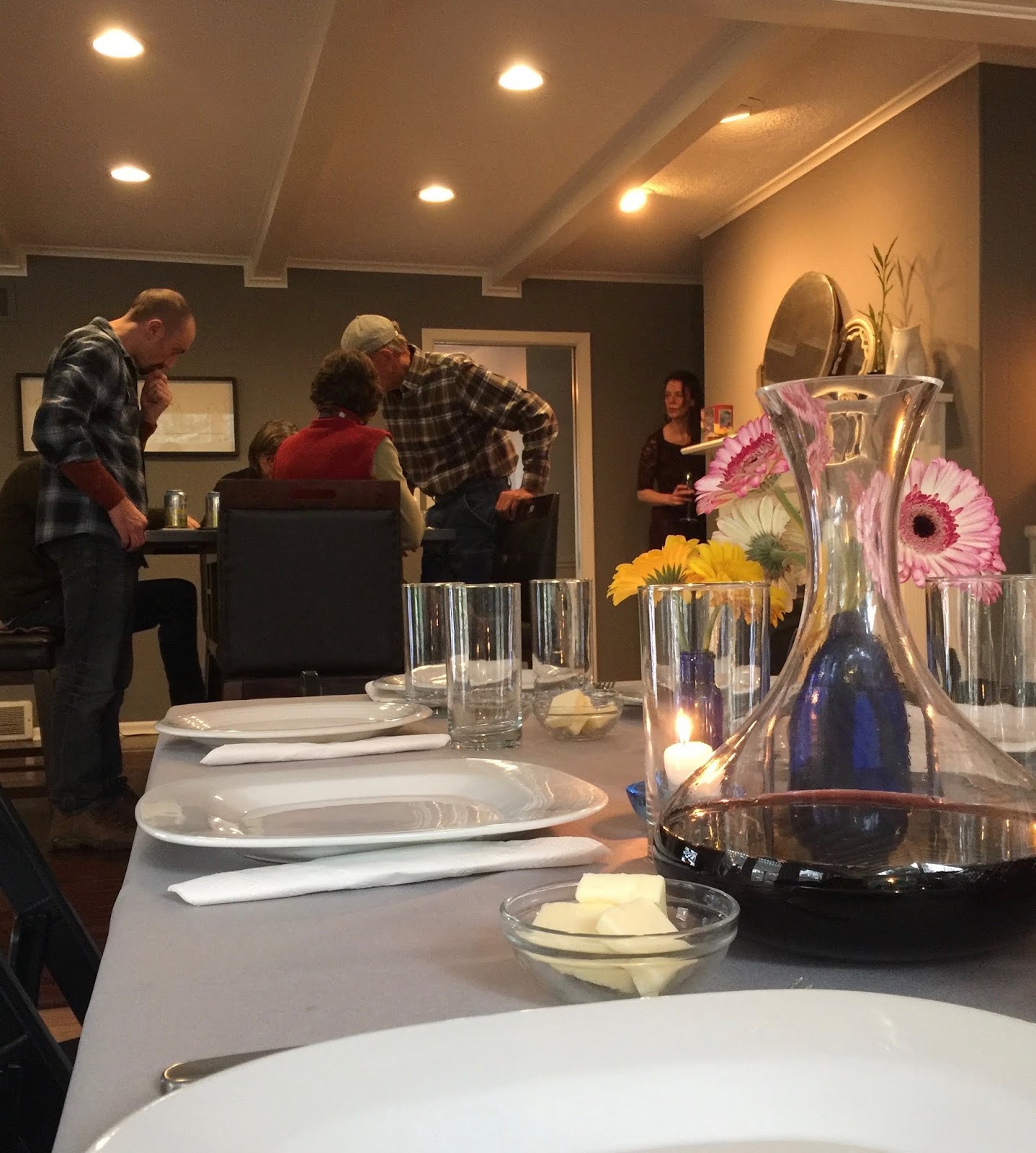 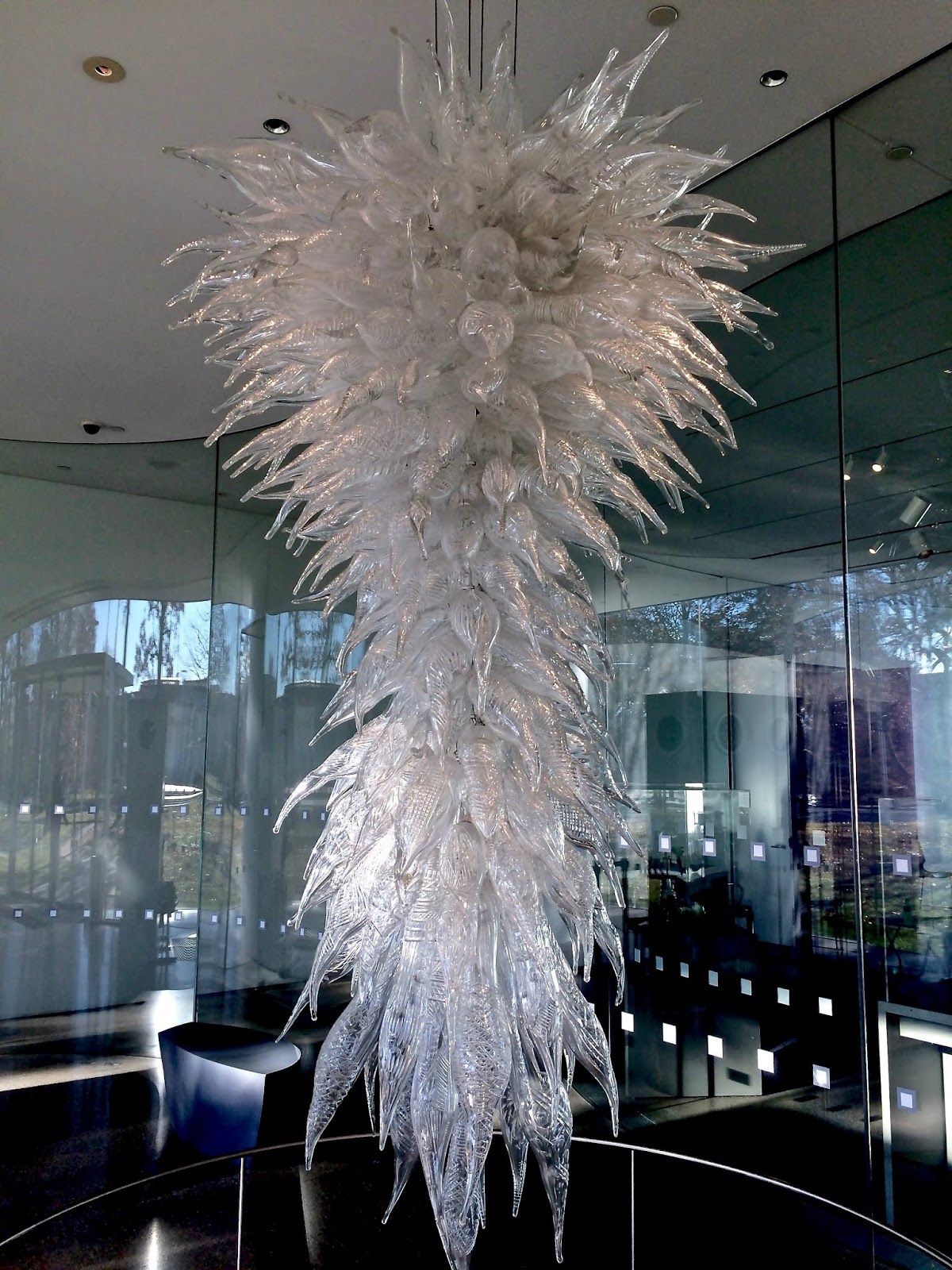 A couple nights later (or was it weeks?), stomachs distended from too many platefuls of yumminess...not to mention Bobbie's pecan and pumpkin pies topped with real whipped cream, frenzied late-night malt competitions, beer and wine enough to drown a hippo, Brother Dan took us out to eat (again!) at La Roes in nearby Grand Rapids (Ohio, not Michigan). It's such a quaint little town. Main Street was lit up for Christmas...all three blocks of it. 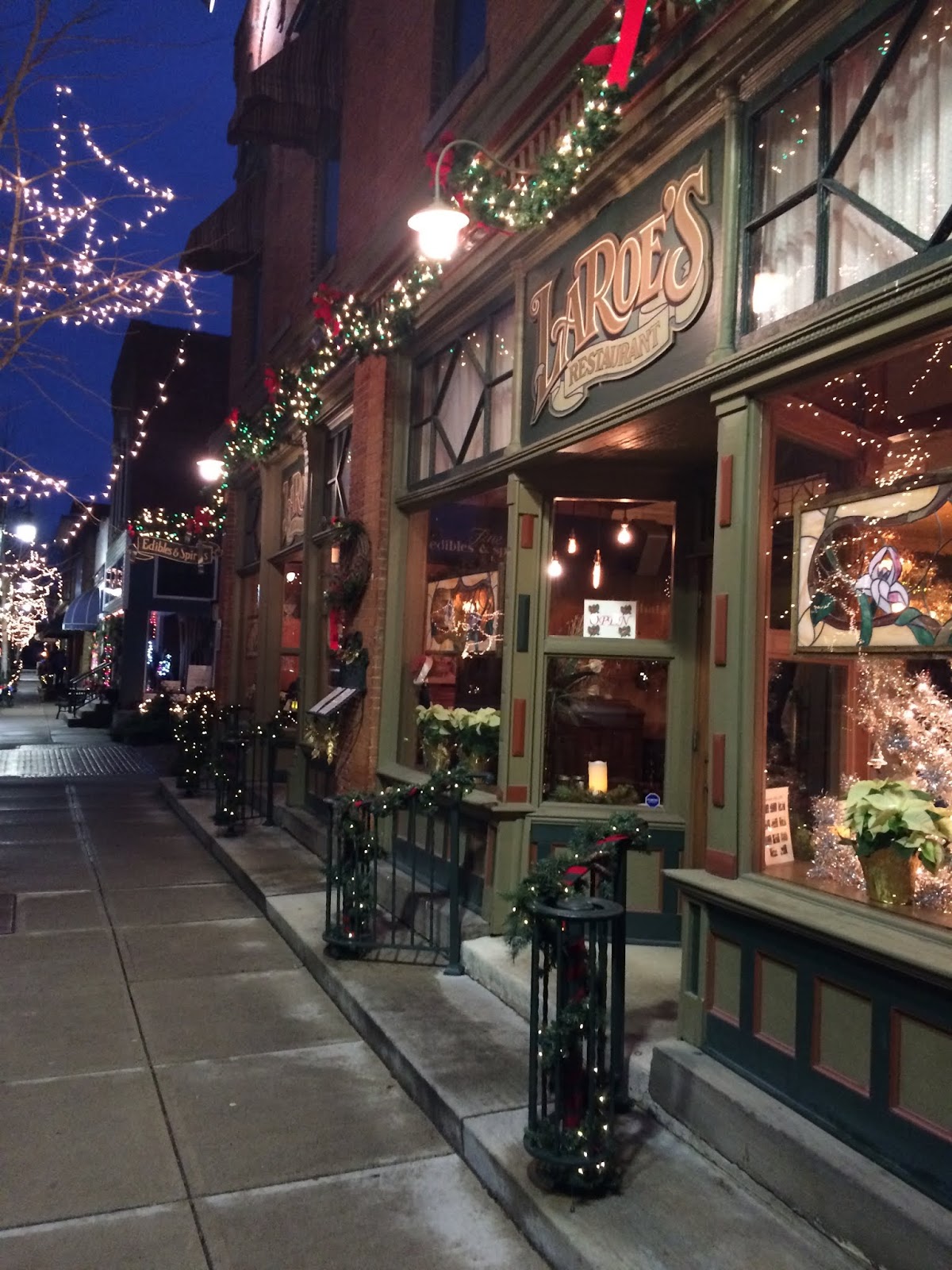 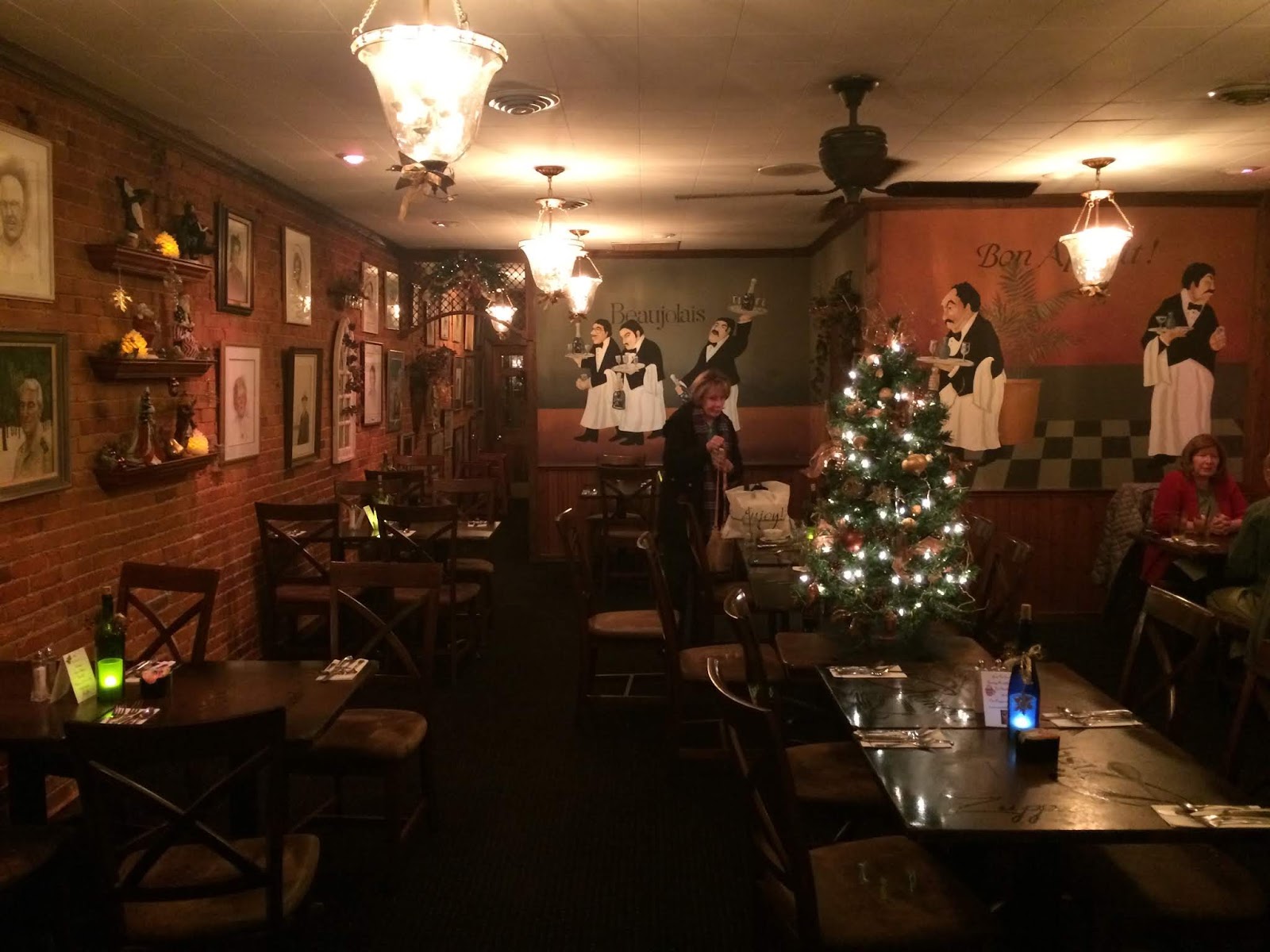 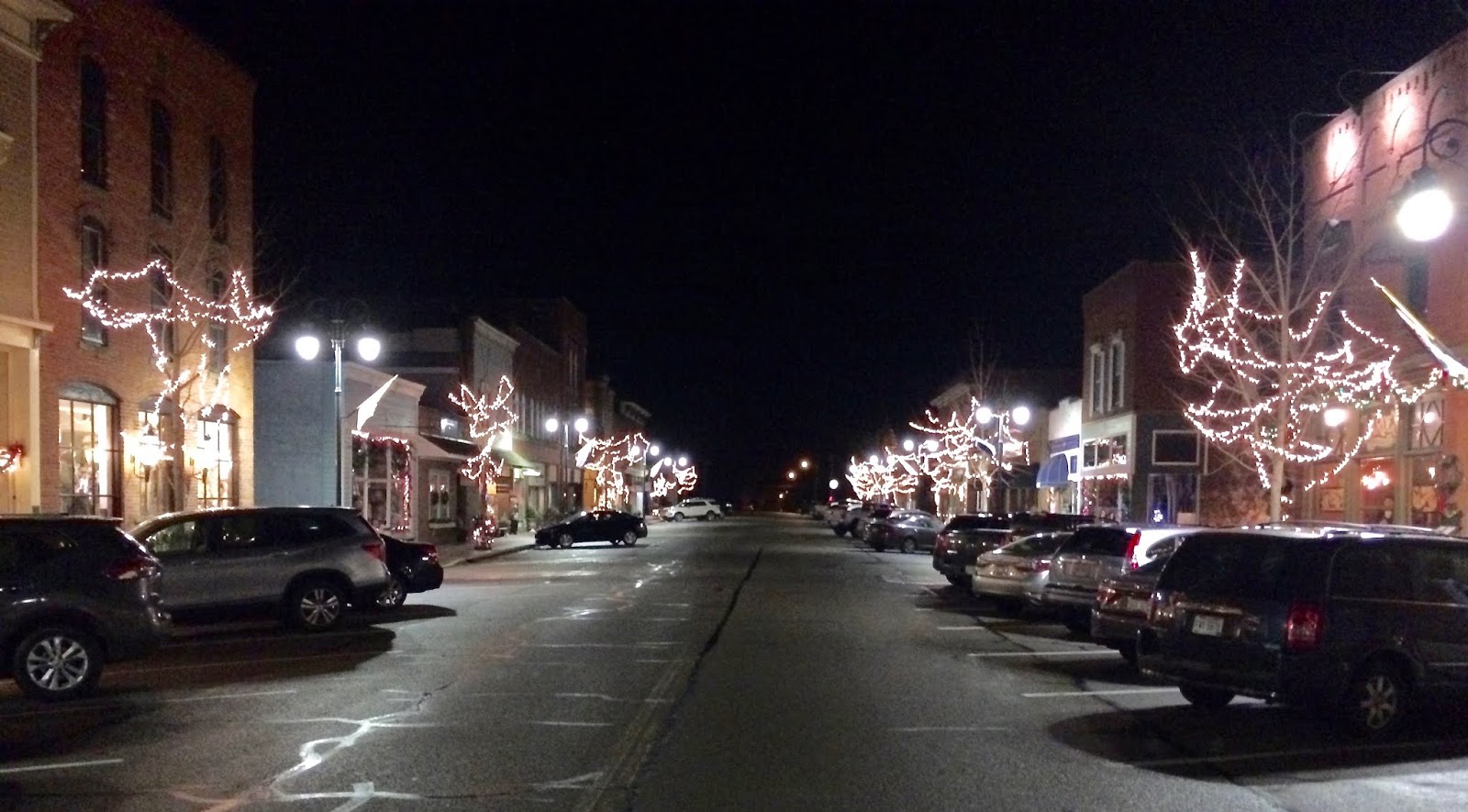 We regained our meal modesty, behaved by not ordering dessert, only to walk two blocks to the town's pizza/ice cream parlor. I swear to all non-intervening gods, one can get a humongous five-scoop cup of any (or all six) luscious flavors for a buck! Believe it. 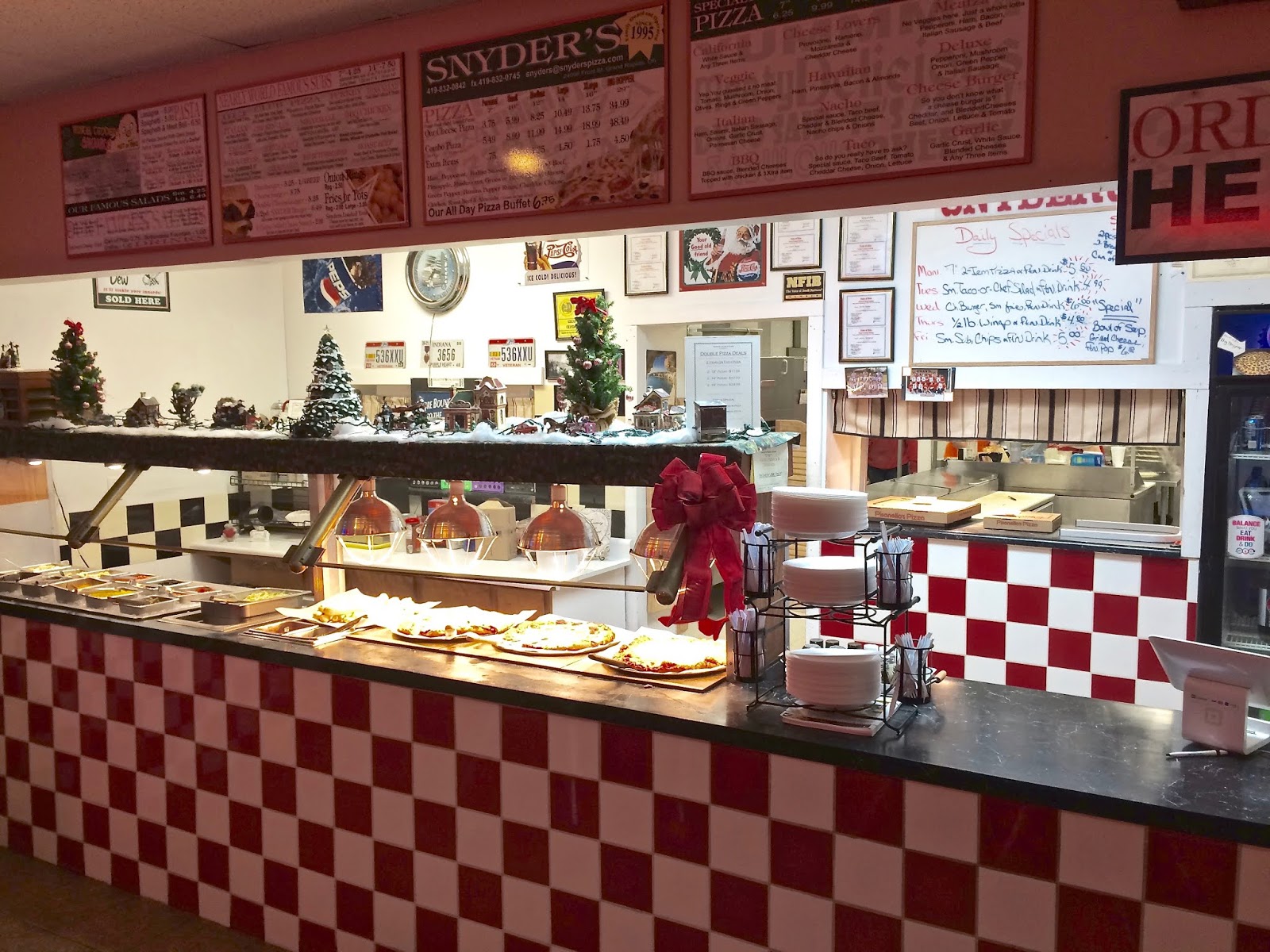 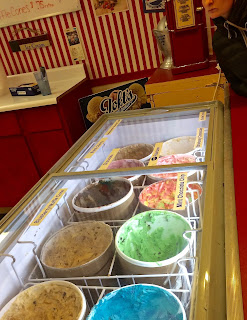 After the nearly free ice cream we waddled off to the car, fully sated with food endorphins (it's a thing), wondering at all the pretty lights and the uglier side "holidays" that always has us loosening pants...

Many thanks to Nephew Darin and Ms Tracey for hosting this year's get-together. Your reward will be in Heaven...should you make it there :)

And a special thanks to my Brother and Sister-in-law, Dan and Elaine, for their "Bed and Breakfast (and Lunch and Dinner)" accommodations. I love you all and hope to return your graciousness.

Cheers and Peace out,
mark and bobbie

Posted by Box Canyon Blog.com at 8:50 AM