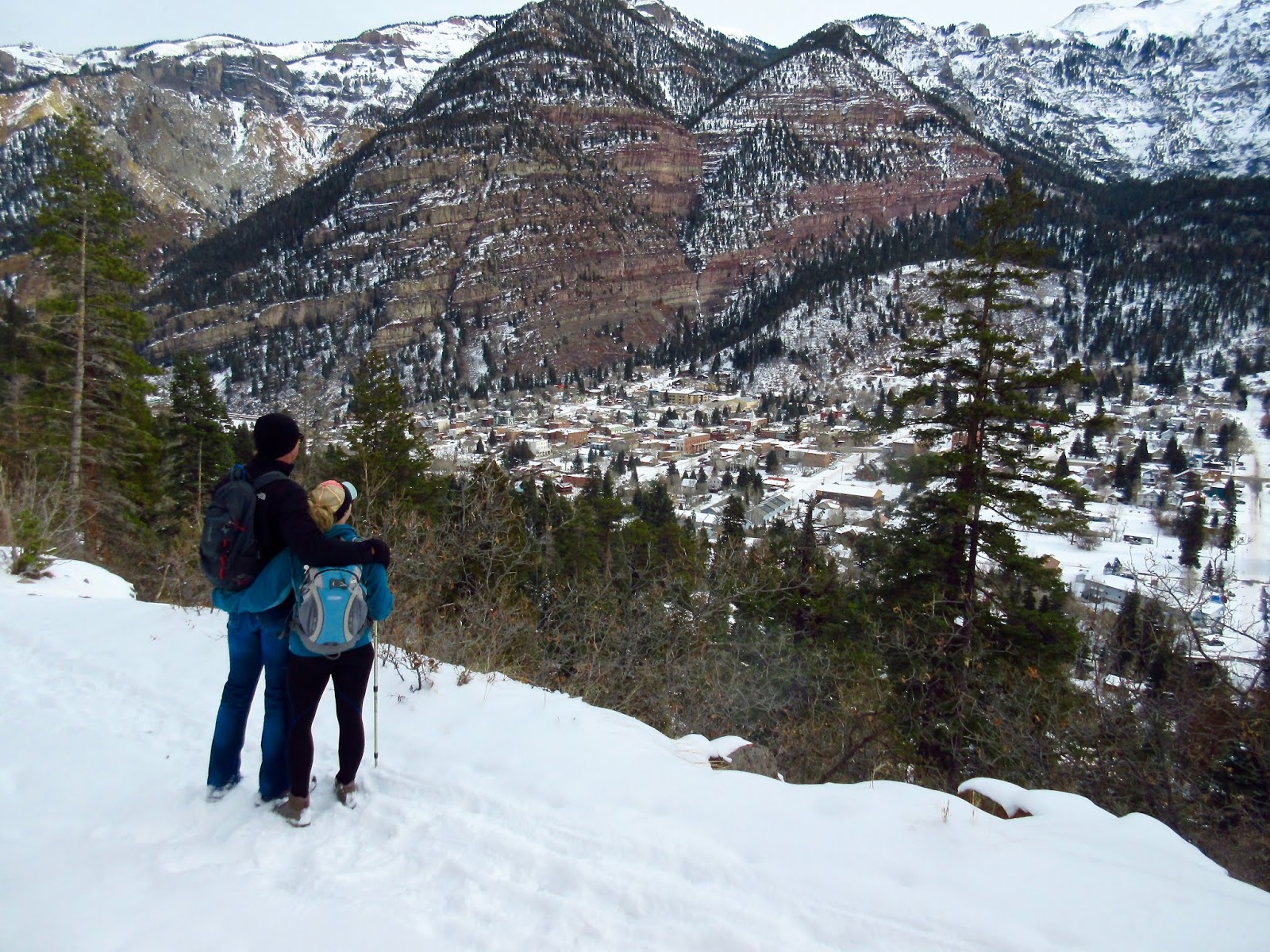 I was inspired by a recent blog post entitled, "Slowing Time," where friend Juliet addresses how she deals with life's anxieties and pressures. Her thoughts are especially relevant this time of year.


A snippet from Juliet's, "Slowing Time:"

When I recall our "driven years," I'm thankful for both the accomplishments,  and that they are over.  Well, most of them, anyway. Everyone needs continuing challenges in retirement, if for nothing else but a reason to get out of bed or off the couch. The good news is that we get to pick our challenges now...as opposed to being assigned.

My mind often flits and wanders as I self-propel through the outdoors. It's the only thing I've found that tempers my Type A  gnome toward Type B. In looking for a new challenge this past summer, I reluctantly tried swimming laps at the Hot Springs Pool. I always thought lap swimming would be too boring for a Type A. But surprise! I fell in love. I found swimming a nice change of pace, easier on abused joints and a good workout for the entire body. I shit you not, the day after my first half mile swim I could hardly move. And here I thought I was in shape...

It's one thing to swim laps outdoors in mid-summer warmth, another thing entirely to do it in December and January's brain-freeze cold. I was curious if I could regain "the love" during winter upon returning from a month of autumnal "perfect-weather" adventures in Zion. It was, as expected, difficult, a "mind game" of sorts to talk my body into uncomfortably cool lap-lane water as steam rises from the tempting hot section only a few feet away. What to do...


I found it easier to just jump in, an act of total irreversible commitment as opposed to easing in slowly via steps. It's a shock, and the only way to warm up is to swim. So I jumped...bracing for the shock.  It wasn't as bad as my mind suggested it would be, though. I made the mile...32 down and back laps...and found it invigorating.

Then I stepped dripping wet from chilly-to-me 74 degree lap lanes into a sub-freezing north wind. Yikes! It's only 40 feet from lap lanes to the 104 degree hot section, but on days like that it feels like a mile.

Skin tingled as I waded into a soup of steamy bliss. Post-swim endorphins trickled into bloodstreams. Breathing and heart rate idled down and so, too, my mind. Reality blurs, as unfocused as the nebulous clouds of steam, swirling into crisp air. Semiconscious (semi-comatose?), a disjointed muse ensues. I give it rein, just to see where it goes... 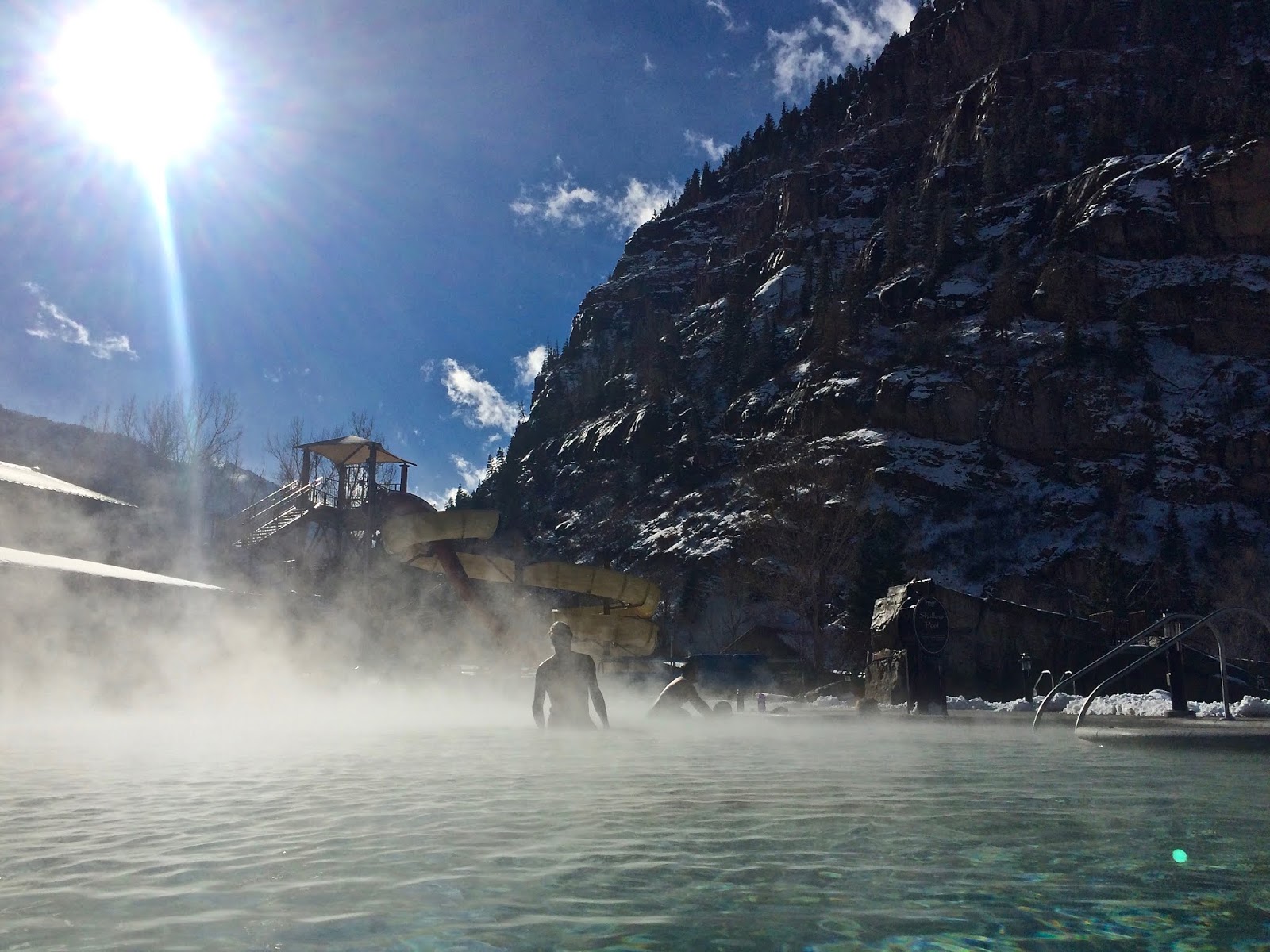 It's no secret that I'm not a fan of Old Man Winter's "Daylight Shortage Time," especially when steeped in piles of snow and a blustery cold front...waiting for Mount Sunblock's impending 2 o'clock shadow. But post-swim endorphins and 104 degree water join forces to leave me temporarily content. I'm pleased to have my mile in, the cool lap lanes behind me and an hour of direct sun left in my day. Such is winter life in La Crevice.

I consider a self-indulgent reward...yes, a dark chocolate sea-salt caramel from Mouse's Chocolates!!!

Mmmm. Should I squander my workout...spend the better part of ten bucks and cancel all those calories burned with calories consumed?  Naw, better just go home...have a bowl oatmeal (yawn). It's a battle of epic proportion: Ladies and Gentlemen, in this corner we have sweet and gooey Sea-salt caramels, washed down with a hot foamy latte. In the other corner, we have plain old oatmeal. Not hard to guess who won. I'm kinda like those Lab Mice given a choice between cocaine and sugar. I choose sugar every time. America has a serious drug problem with sugar, maybe it should be added to the controlled substance list.


At Mouses's, my mind wanders back to Juliet, a young budding writer/gal-friend of ours with an "old soul."  With sugar and chocolate endorphins extending my swim "high," I  thought more on her piece, "Slowing Time." I decided nothing slows my "clock" like a post-exercise immersion in hot mineral water followed by an indulgence in dark chocolate, sugar, and a hot foamy latte.

"So much of what we do while trying our best to be our best actually robs us of the incredibly precious time we have to simply exist and encompass the human experience." Juliet

How does one "...simply exist and encompass the human experience" these days when it takes both parents working to make enough money to eat and pay rent or a mortgage? 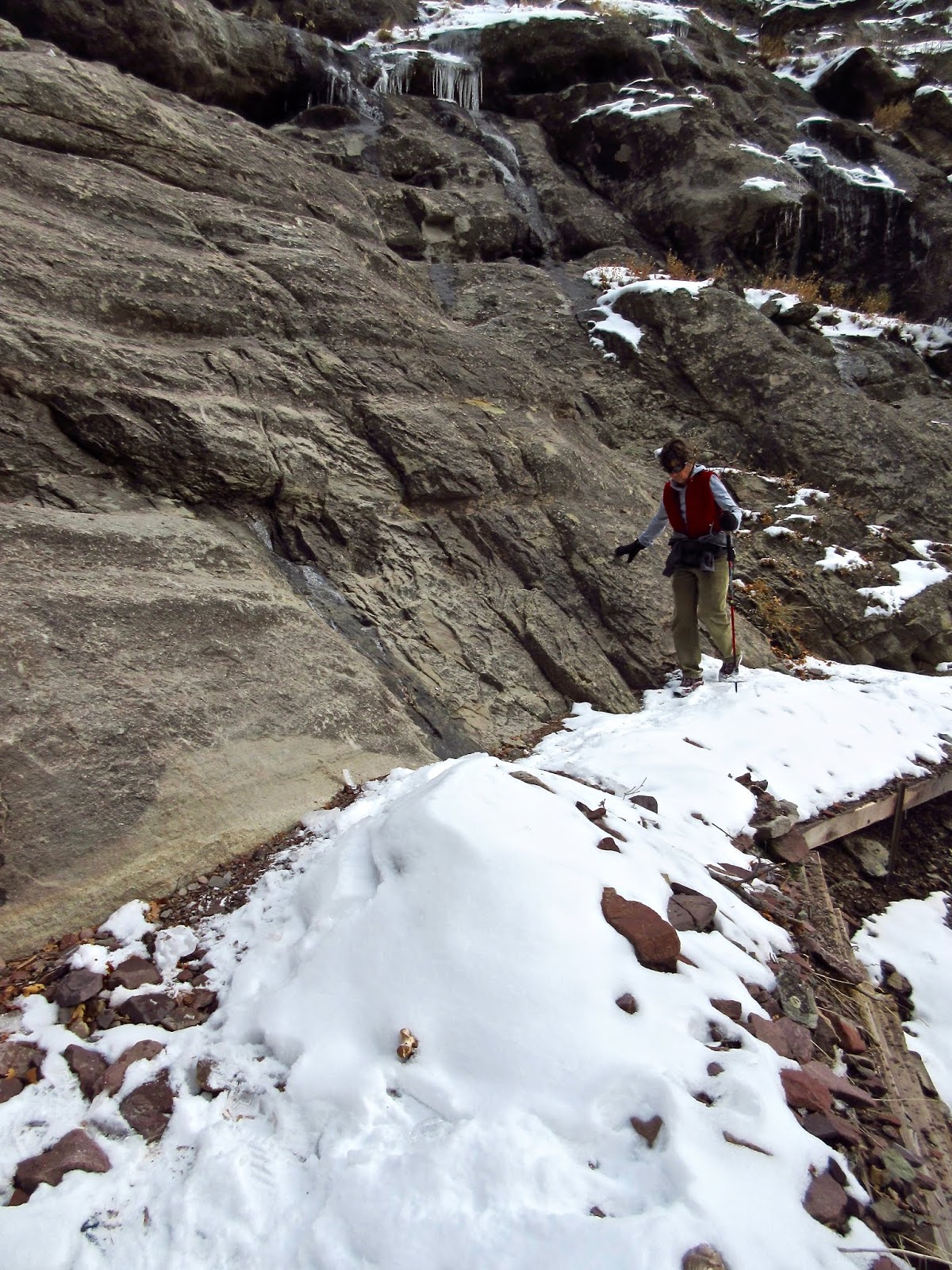 This holiday season I have much to be thankful for. And though I'm often "thankful" in a general sense, i. e., my penchant to wear a "Life is Good" ball cap as a billboard reminder, I seldom verbalize specifically...with the possible exception of the obligatory round-the-table Thanksgiving affirmation our family requires before devouring the Golden Gobbler. I usually say something short and predictable: I'm thankful for the blessing of friends and family, and the lovingly prepared meal under my nose. 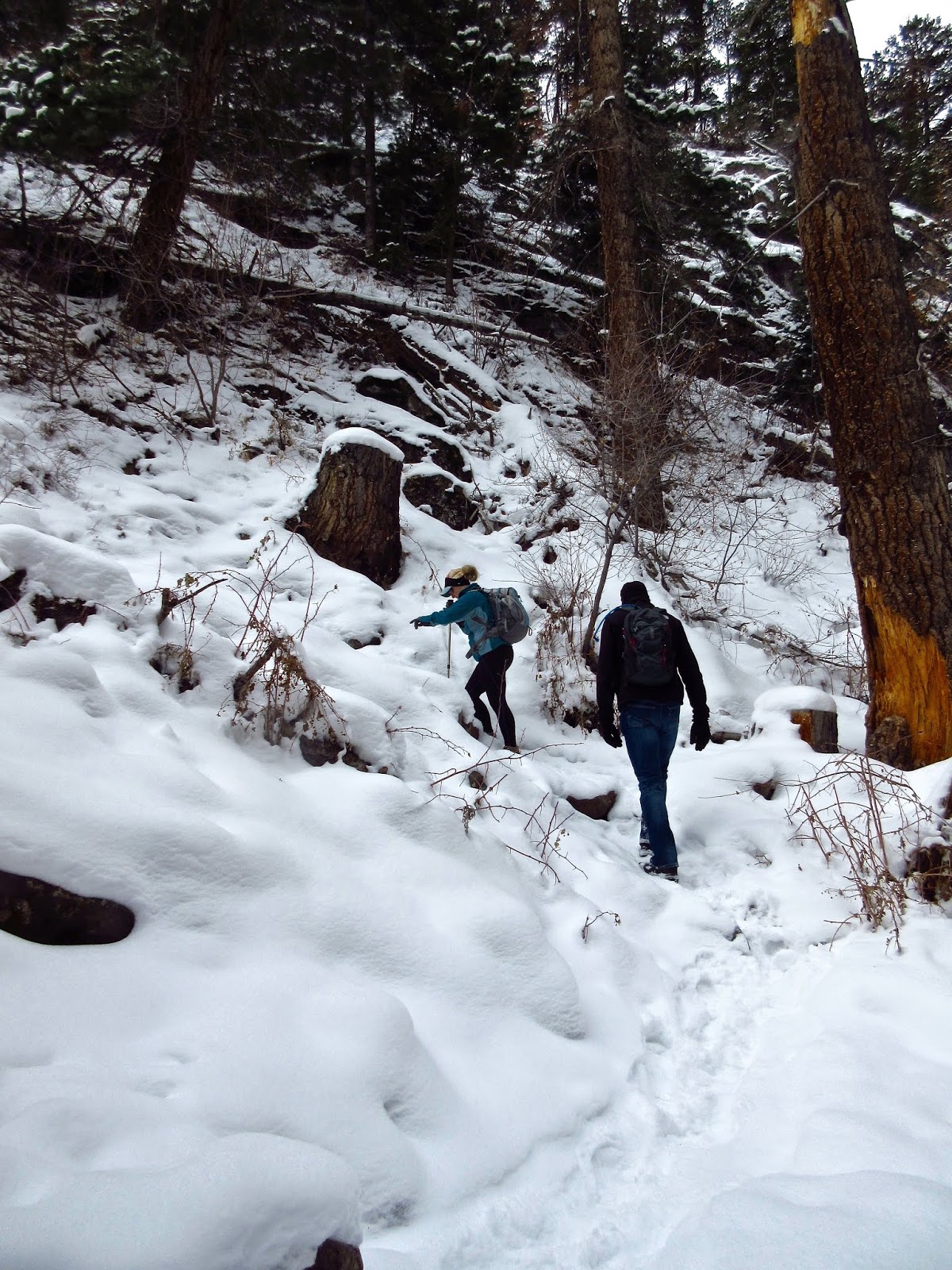 Perhaps it was Juliet's piece...or maybe Jen's "Thanksgiving Ramblings" post, where she decried the de-evolution of Thanksgiving: "Oh, I'm totally all about expressing everything for which I'm thankful, but not on a timeline dictated by "the man", in a way encouraged by corporate America...(this is) why (the) whole forced Thanksgiving thing irks the shit out of me. My Facebook feed today is filled with people declaring all of the things for which they are thankful. That's great - but why just once a year on a made-up holiday?  Were you not thankful for those things two months ago?  ...why did it take a corporate-America holiday to make you express your gratitude?"

I'm thinking the same (or more) could be said for Christmas. Juliet basically does in her subsequent "Giving Tree" post:

"Over the last few years though, I've become overly conscious of the vehement wastefulness of the season, and it makes my skin crawl. I can't stand the massive amount of asinine crap involved in celebrating the holidays. Useless, plastic, themed shit that gets stored away for 50 weeks of the year.. Millions of trees cut down.. the wrapping paper alone! AHHH! I can't step foot in most stores right now without feeling like I'm going to spiral into a panic attack."

Yes, Juliet, China is hellbent on filling our landfills with their cheap plastic crap. Victory! Without so much as firing a shot.

Truth is, what between "Daylight Shortage Time," Old Man Winter and being smothered in layers of clothes...not to mention dreadful Holiday Headlines about how the world's coastlines are soon to be inundated by rising seawater while society in general continues to slip-slide into a duality of "Haves" and "Have Nots," it's a struggle this time of year for me to live up to my "Life is Good" mantra. Maybe it's too much sugar, food and alcohol, and the realization that I'm accelerating headlong and full-bellied toward yet another Holiday that will put me on the verge of yet another indulgent-to-the-point-of stupefying binge on said sugar, food and alcohol to the point where I snooze comatose through football and the true meaning of "Christmas."  Thanks in large part to Ad blitzes by Corporate America, we are guilted into diamonds by Jared, His and Hers Generalized Motors SUVs, Apple Watches, and a wide assortment of unbridled gluttony. What example does this serve for our children?

Why not get back to making Christmas about children...especially those that must sift through restaurant dumpsters or landfills for their next meal. Adults need to look more into their hearts for Christmas and less under a tree. Maybe set an example for our kids. 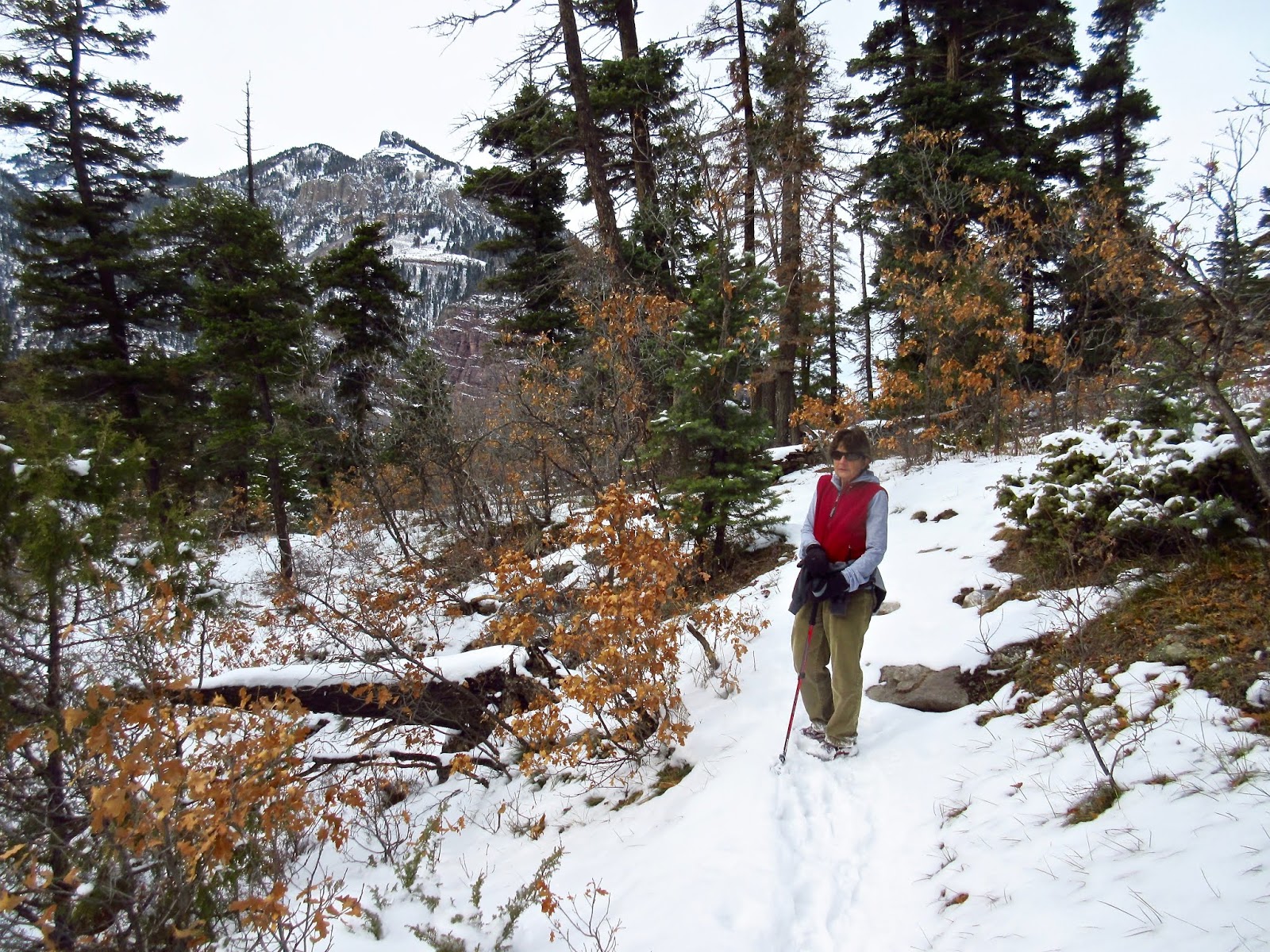 I'm reminded of a Biblical story my mom told used to tell when Christmas drew near. It was the parable where Jesus and his disciples looked on as parishioners bore offerings to the temple. Some were wealthy and made a show out of donating large sums of money. But standing in line is a poor widow, and when her turn comes to give her offering it amounts to only a few cents. Whispers of disapproval circulated among the crowd. Jesus turned to his disciples and used it as a "teaching moment," explaining that the widow's gift was worth more than all the others combined, for she gave all she had.

Then Mom told us about what her childhood Christmas's were like during the depression, a time when her family could only afford one quart of milk per week, and that it often soured by the time they got it home. Not wanting to waste this luxury, Grandma used the soured milk to make pancakes.

For years, Mom and her brother and sister were told to not expect anything for Christmas because Daddy was still out of work. But Grandma was shrewd with her pennies, stashed enough away to buy each of the kids a shiny orange so they would have one present to open on Christmas morning. Hard to imagine today...three oranges, wrapped in yesterday's newspaper.

I wish you Peace, good tidings, and most of all, health...the one true measure of wealth. It's all we really need, right? 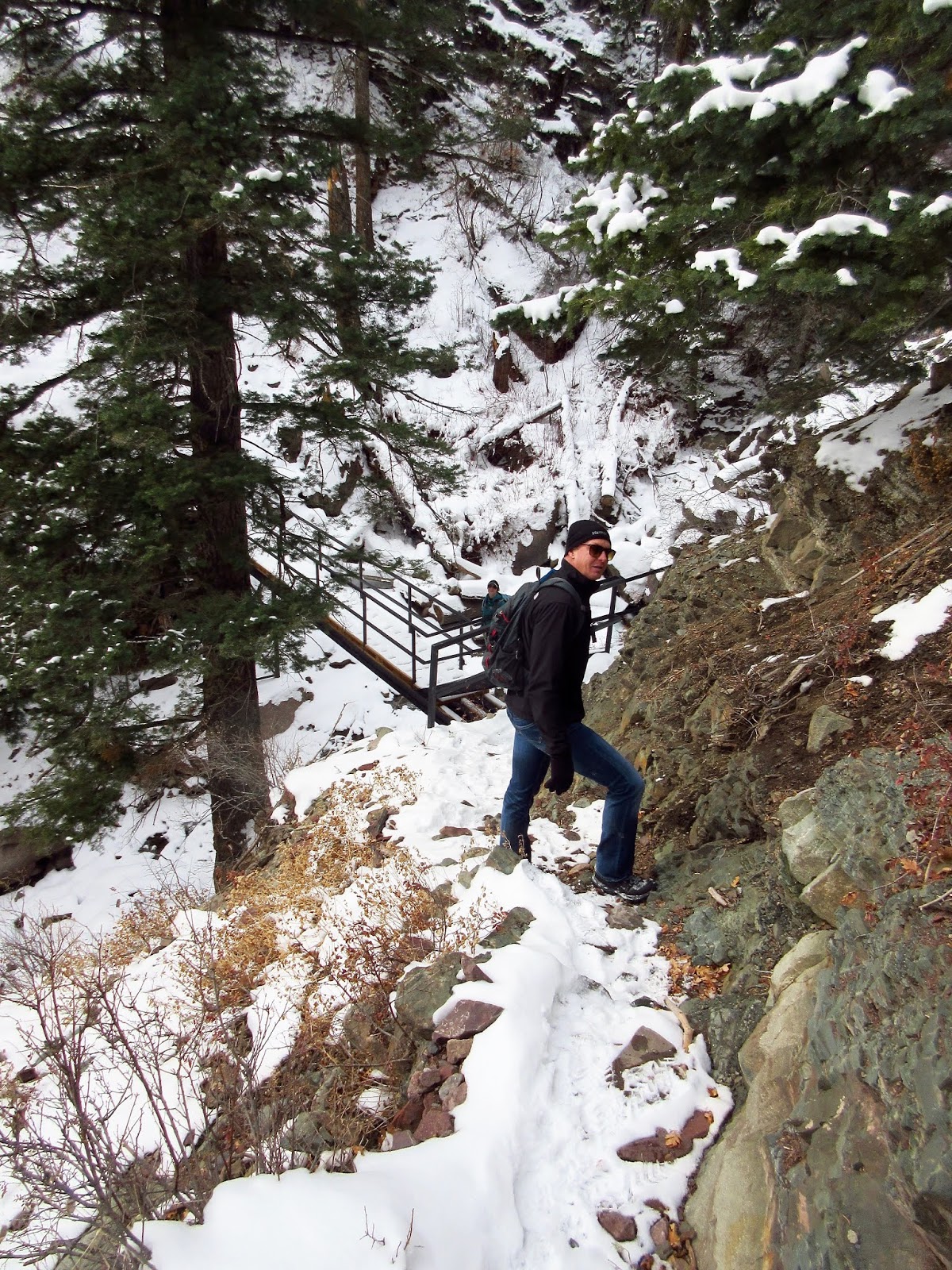 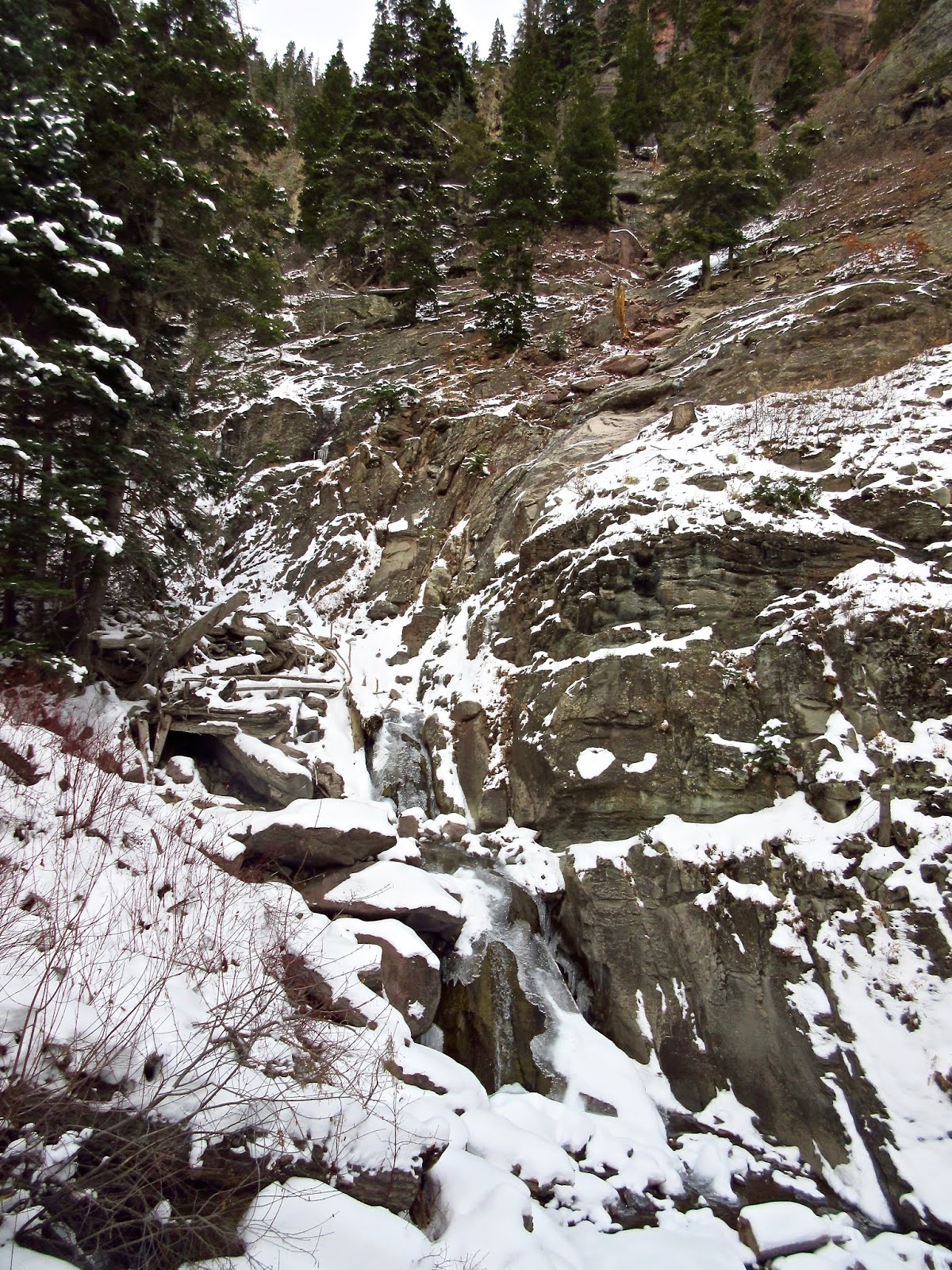 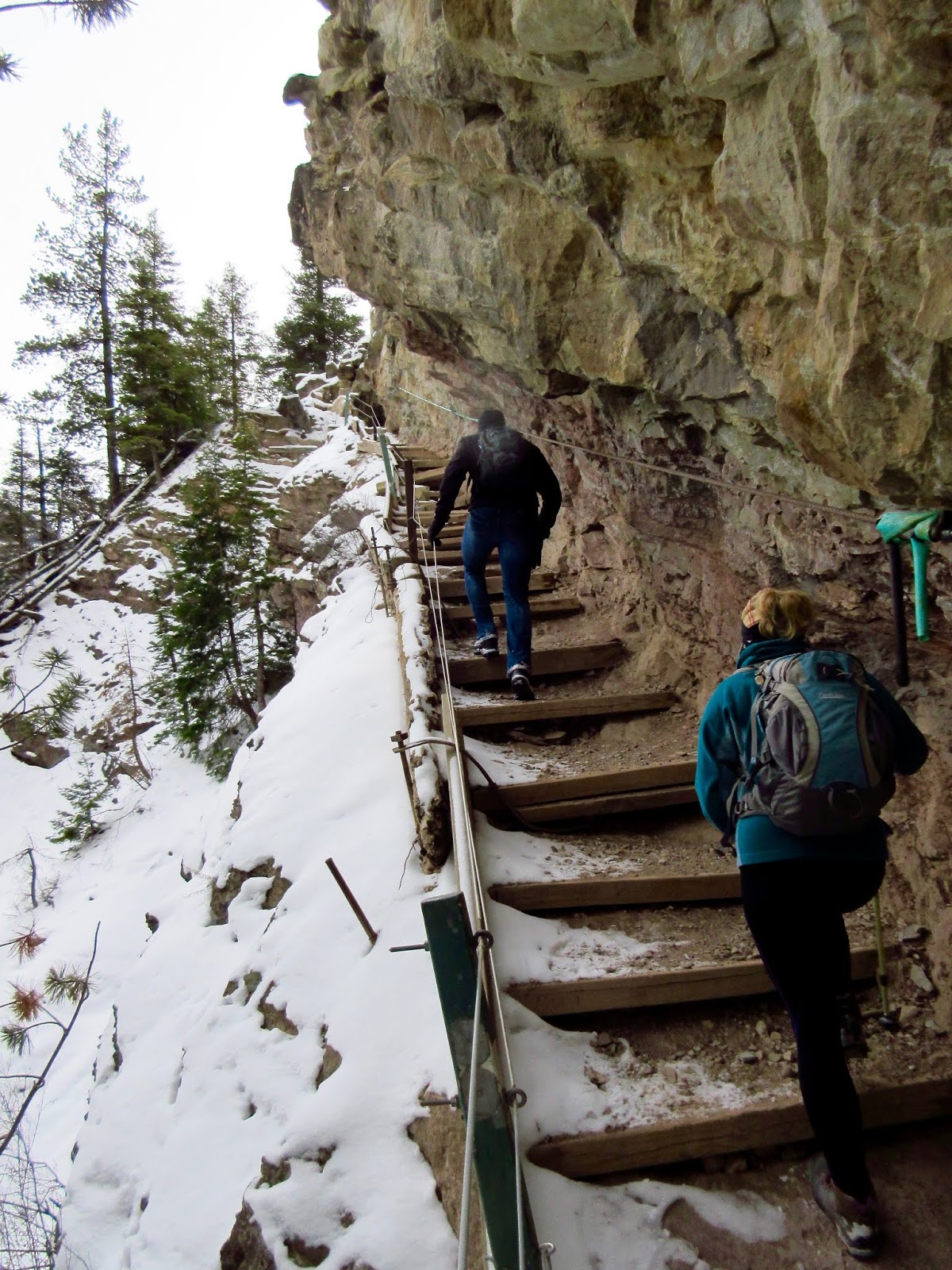 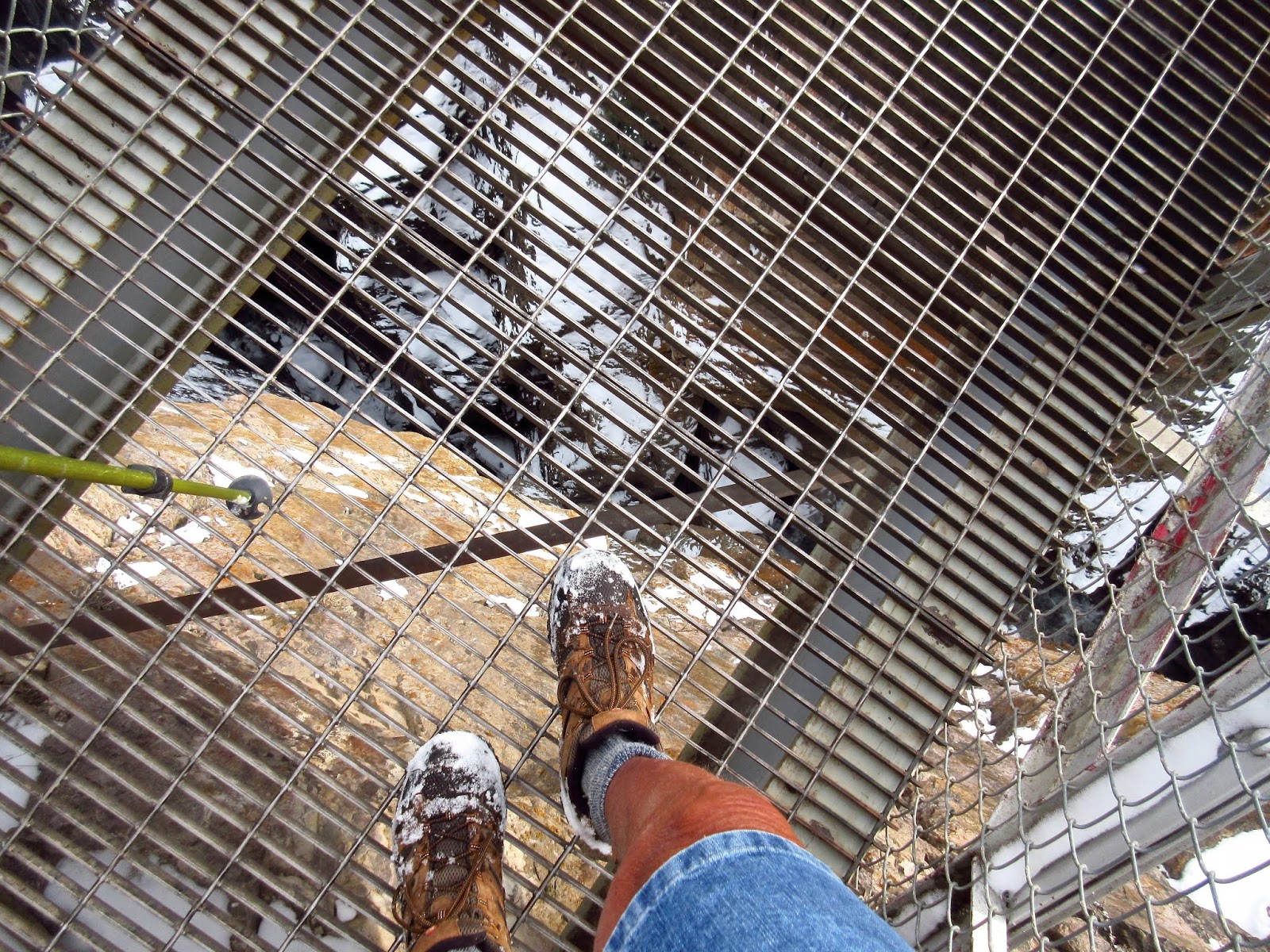 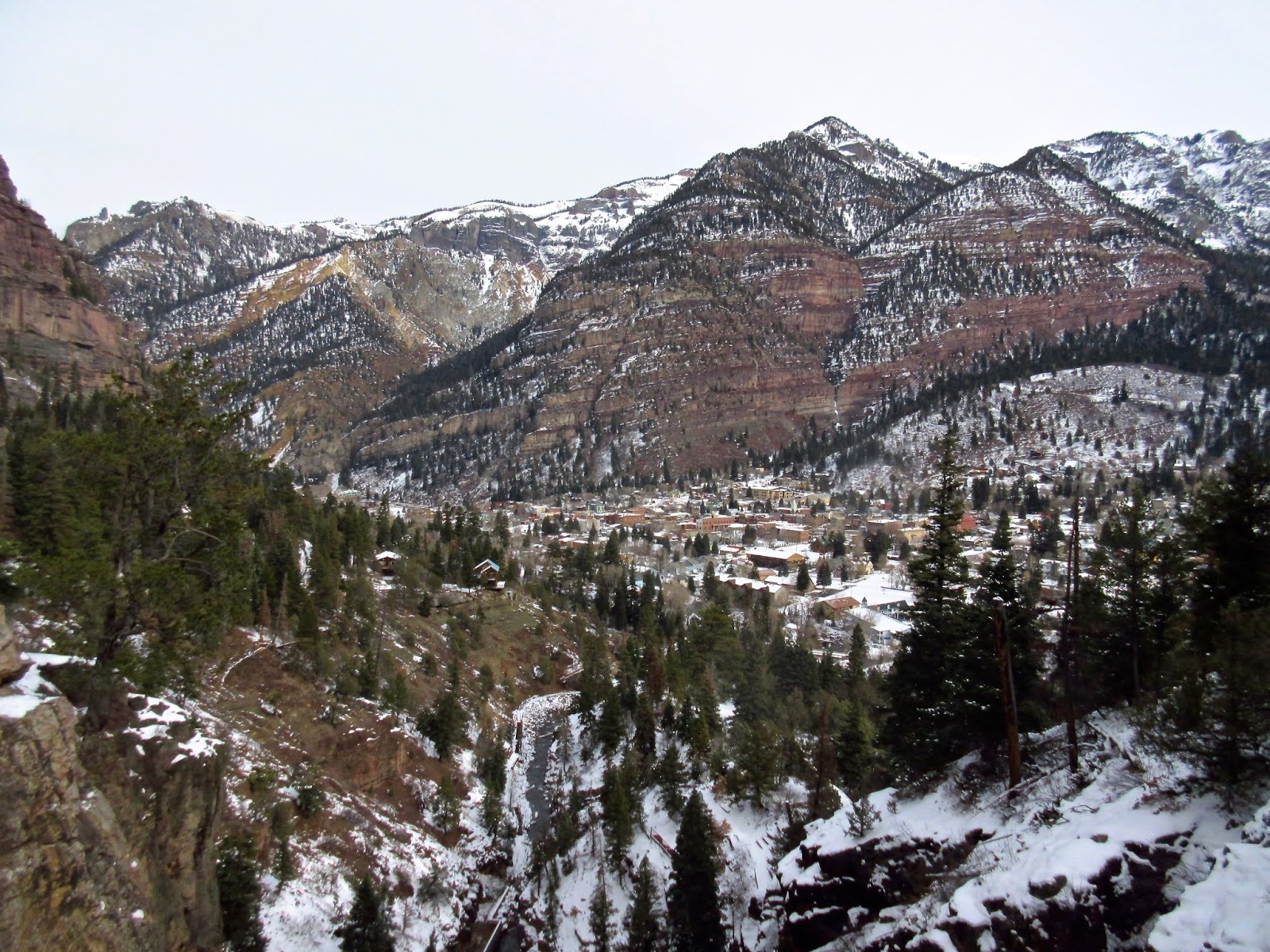 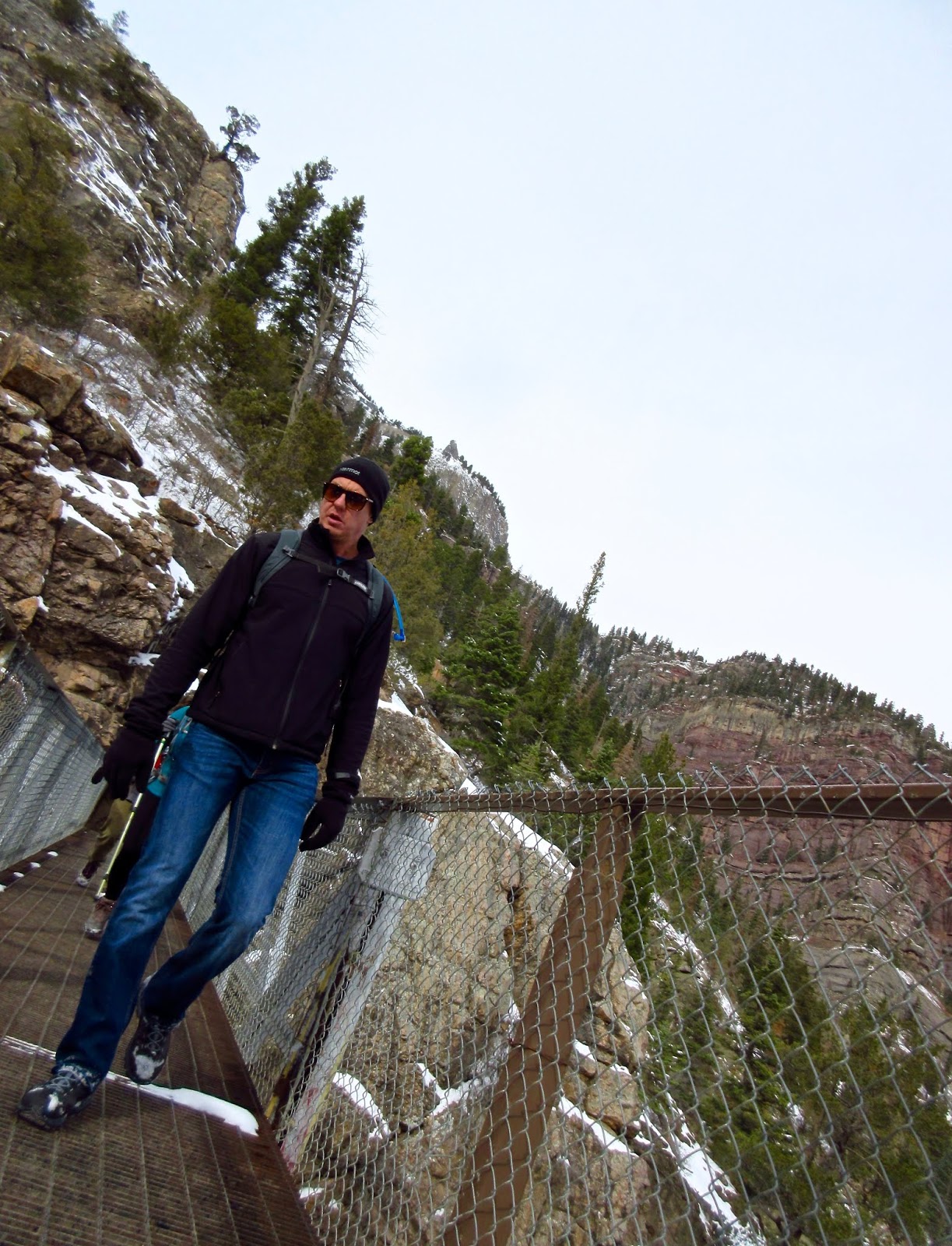 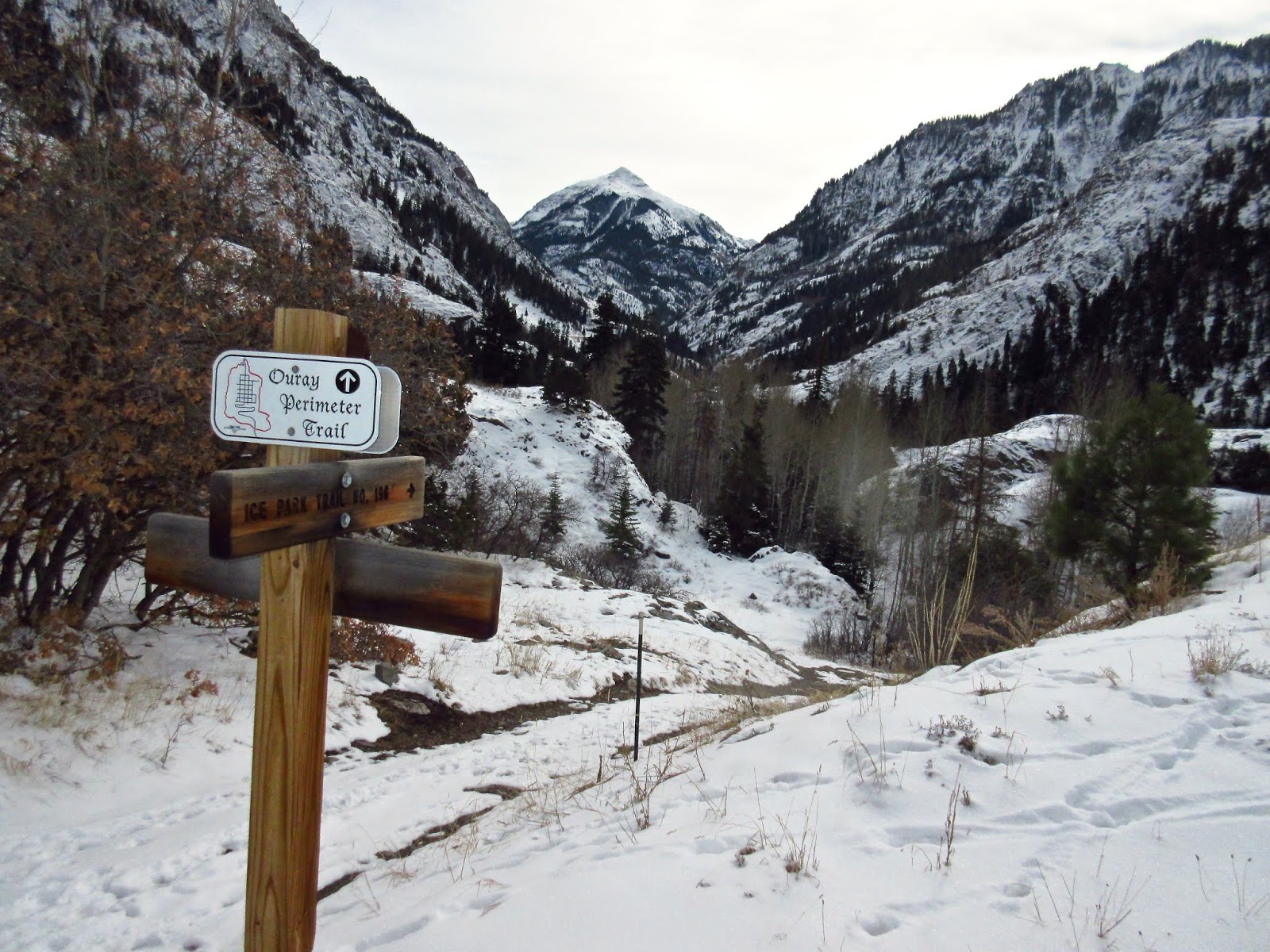 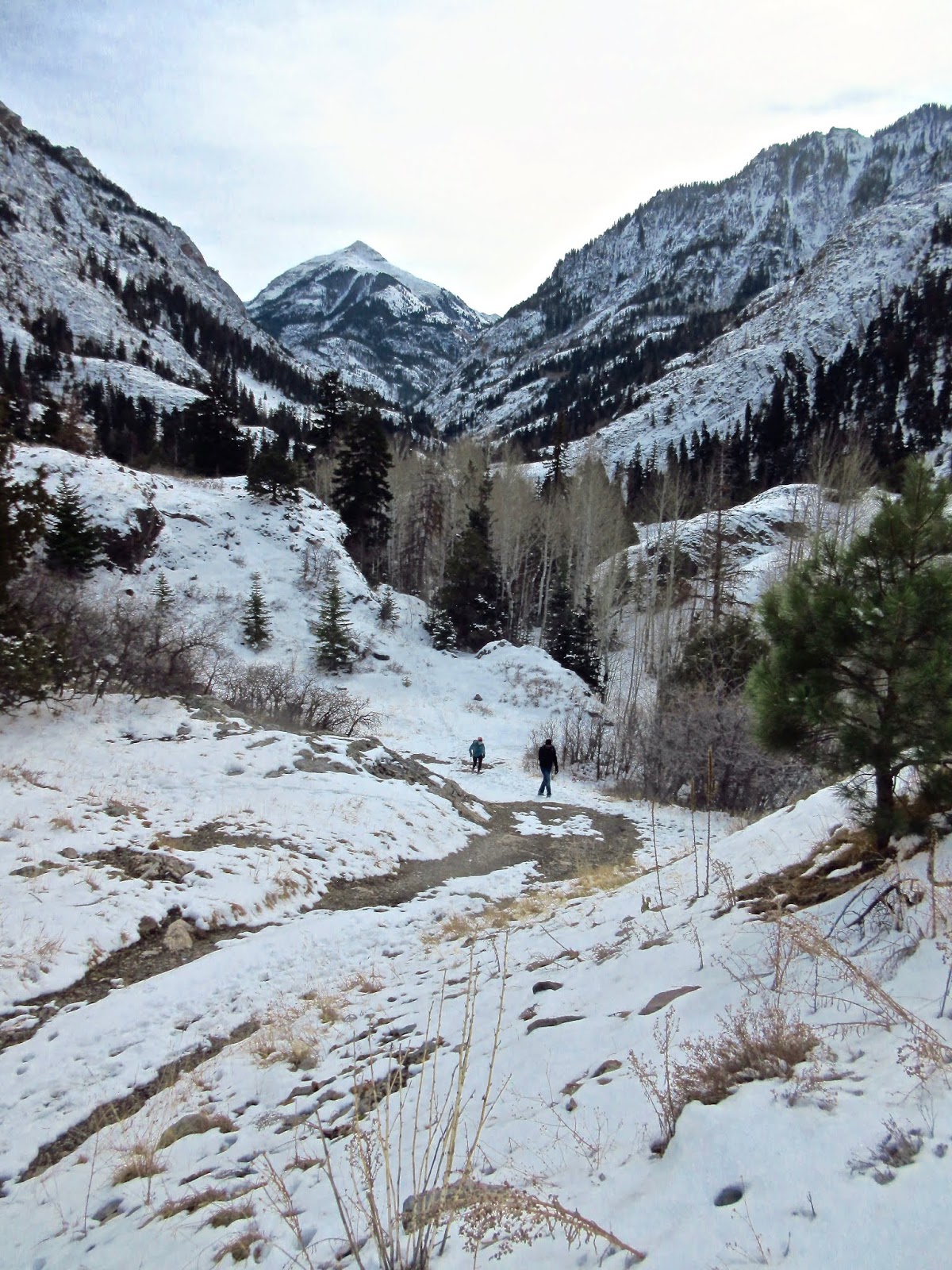 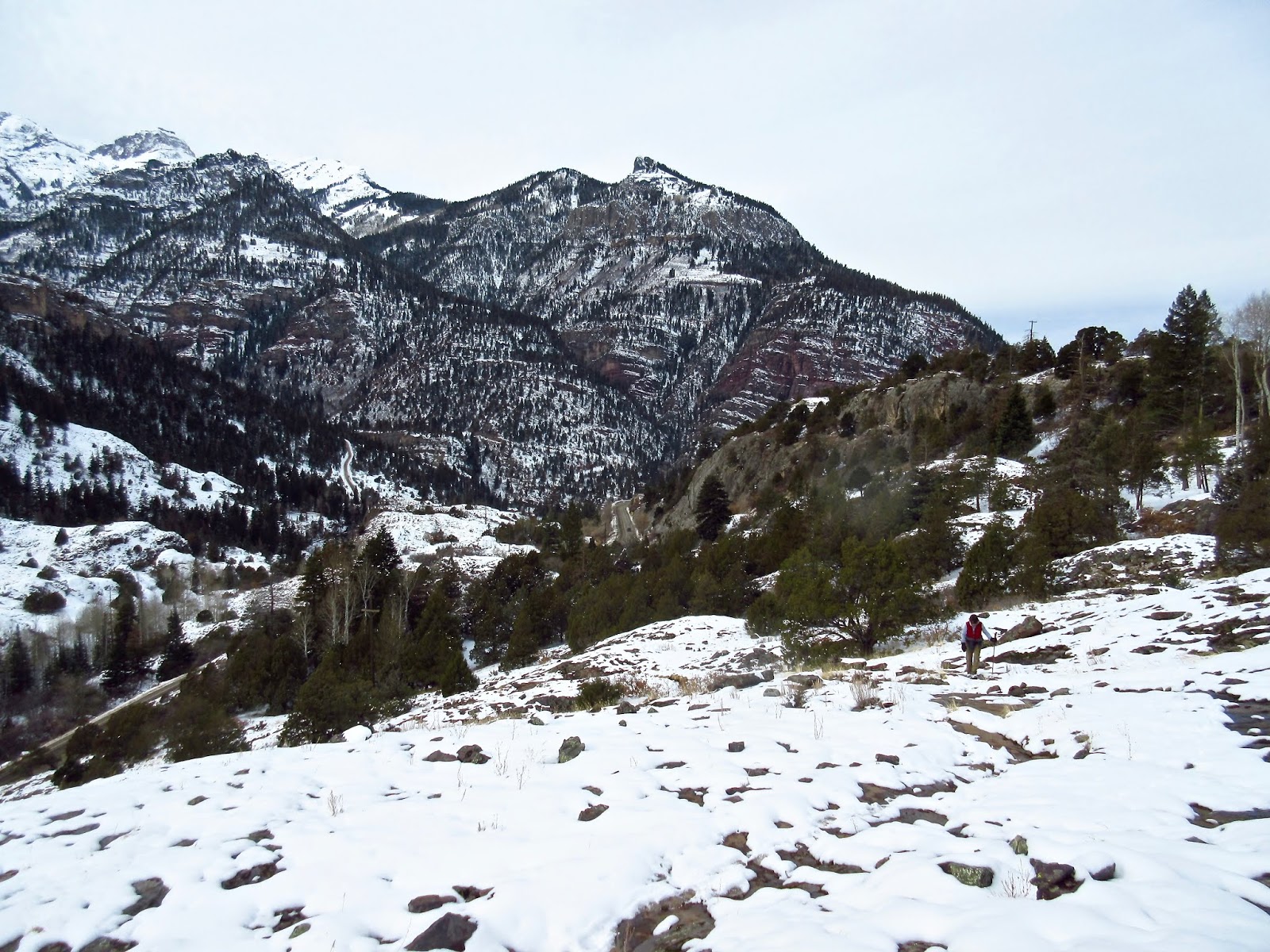 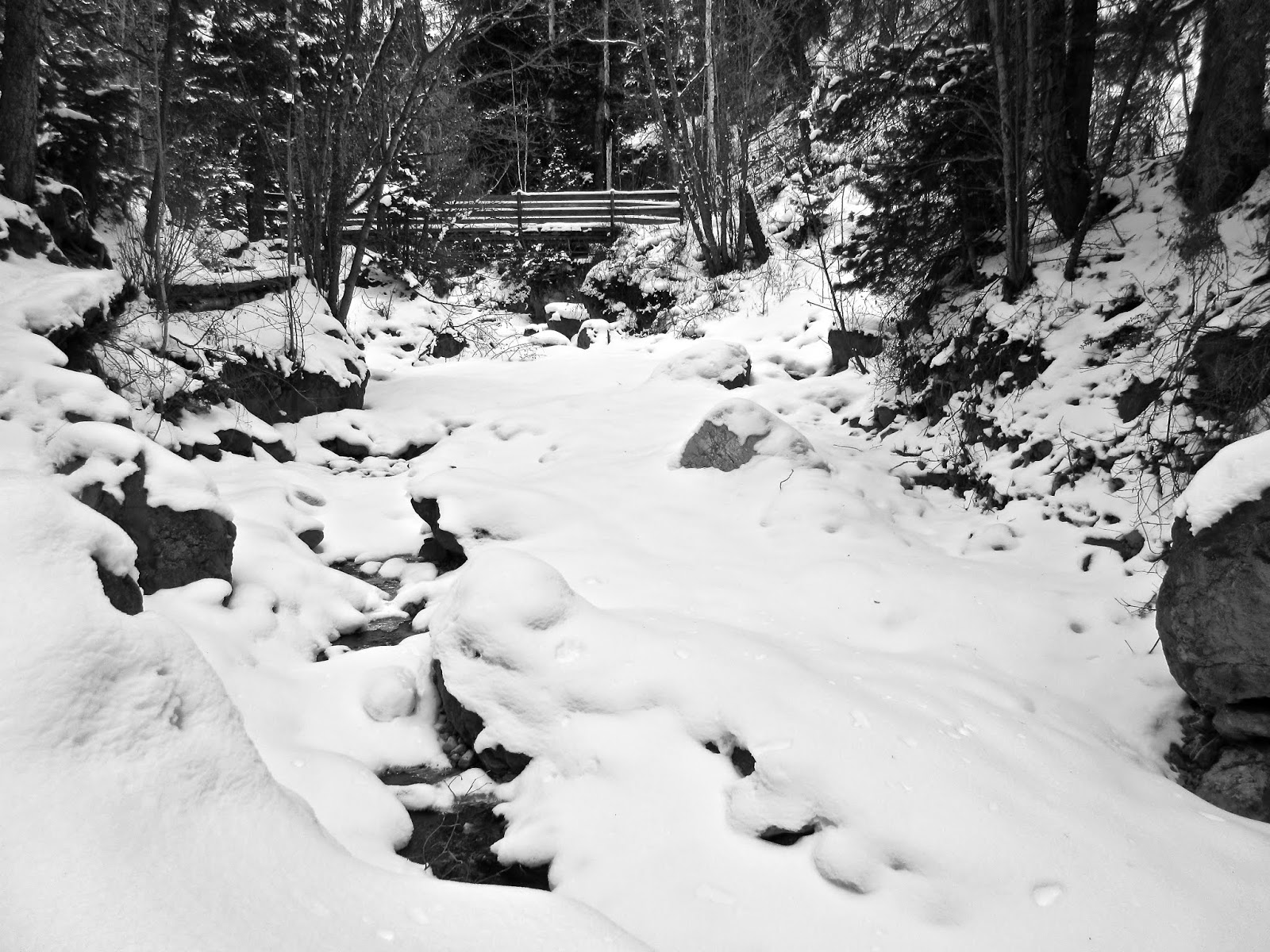 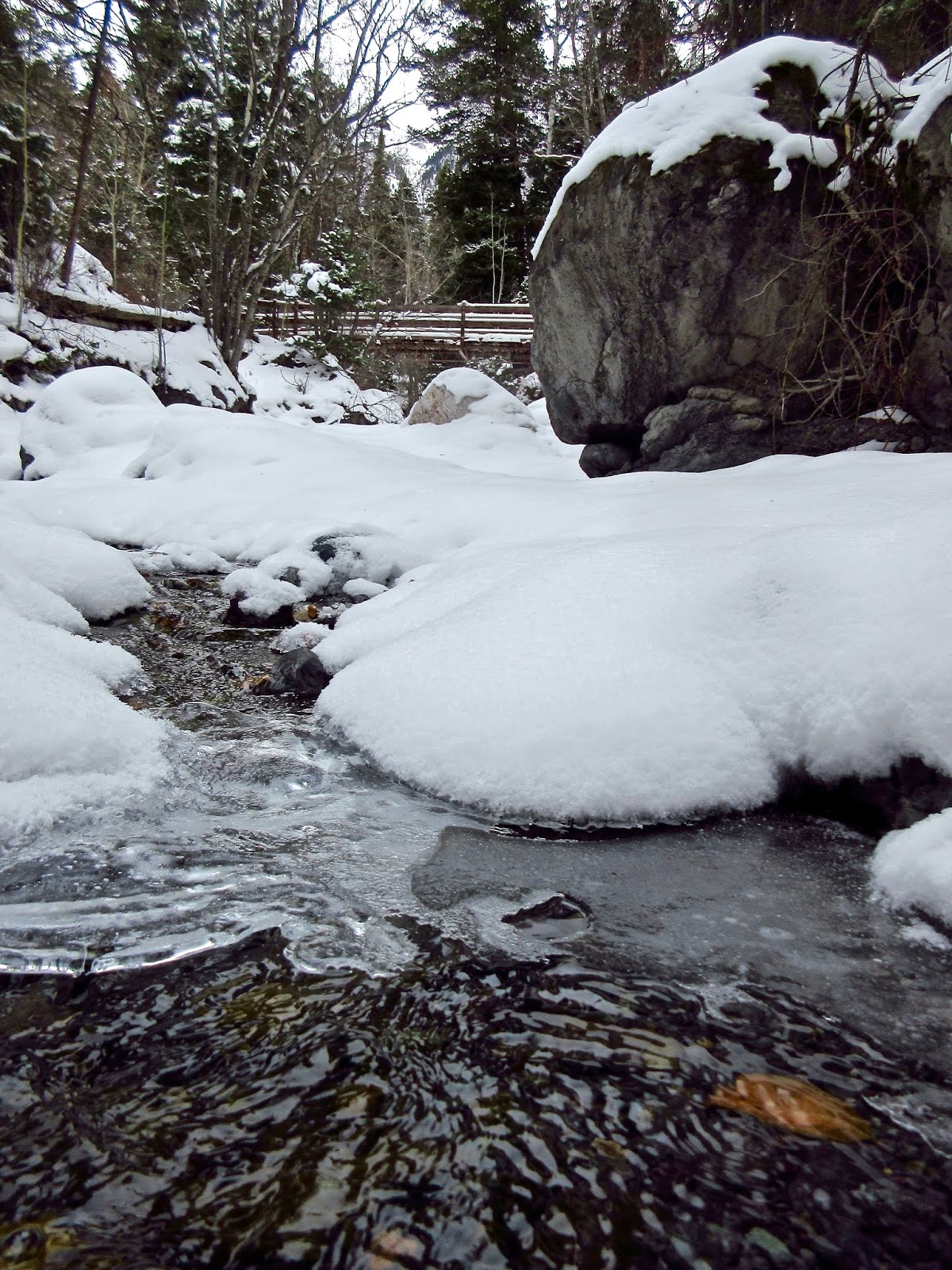 Posted by Box Canyon Blog.com at 8:16 AM