The Way to The Bridge of Heaven Goes Straight Through Hell 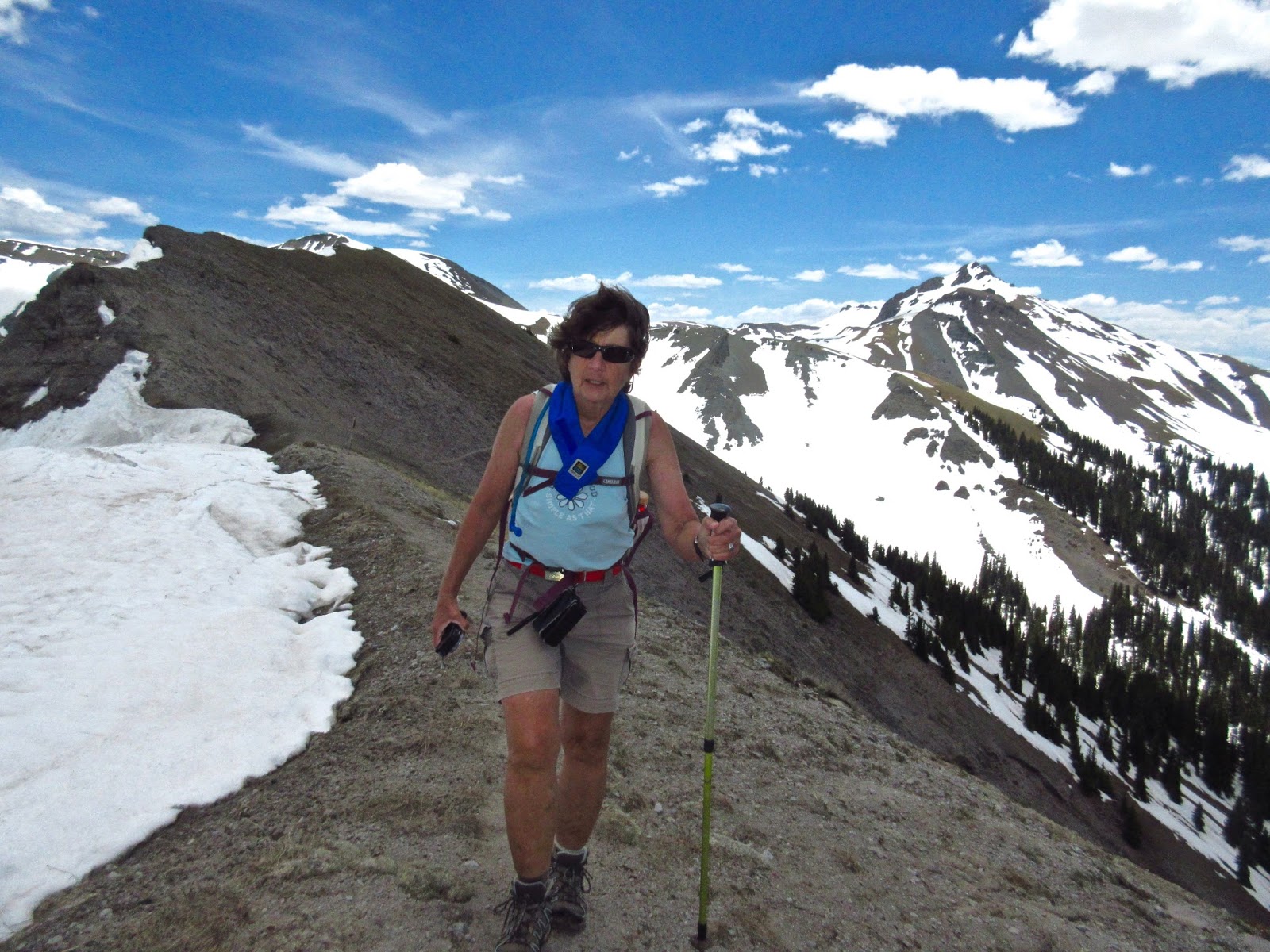 Bridge of Heaven is a long, but Heavenly hike; 10.6 miles roundtrip from our doorstep, to be exact. Old Horse Thief Trail adjoins the Bridge of Heaven Trail on a grassy ridge line I can spy from our living room. When put together, the two trails ascend an astonishing 4,000 feet in just over 5 miles, and lands you on a precipice that overlooks a cavernous glacial basin...so eroded, so rotten of rock, so impossible to traverse that Big Horn ewes choose it as the ideal place to "lamb."

I studied the ridge... sipping morning coffee, waiting on a couple friends foolhardy enough to join us on such a hike. The "ridge to the bridge" is less than halfway, yet it looked so high...so ridiculously far, far away. I feared a long day was in the offing.

With quads not fully recovered from Twin Peaks, I was counting on being stopped short of going all the way by heavier-than-normal snow...probably where the trail slips in and out of dark woods for a couple miles before breaking free into sun-washed openness above timberline. 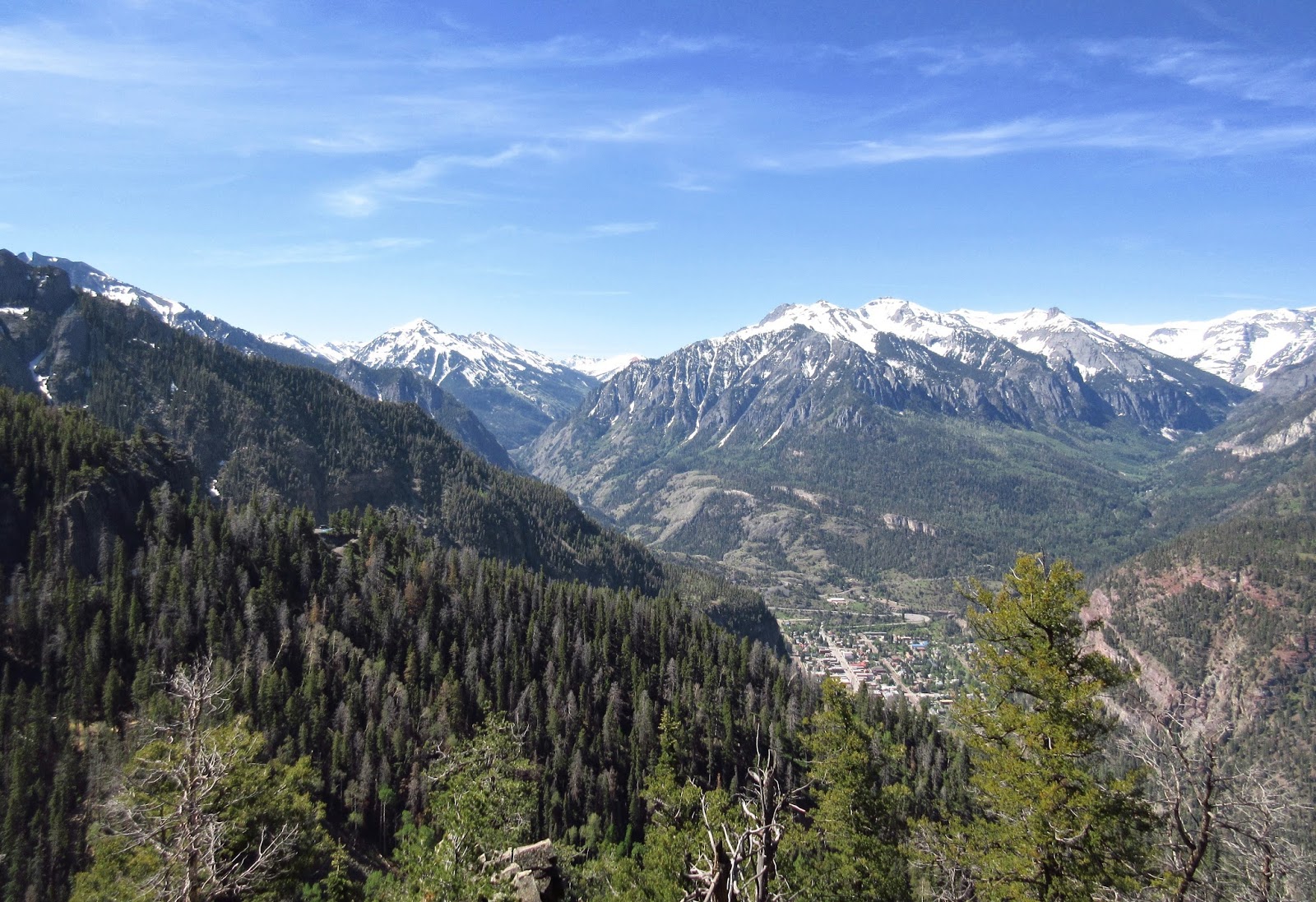 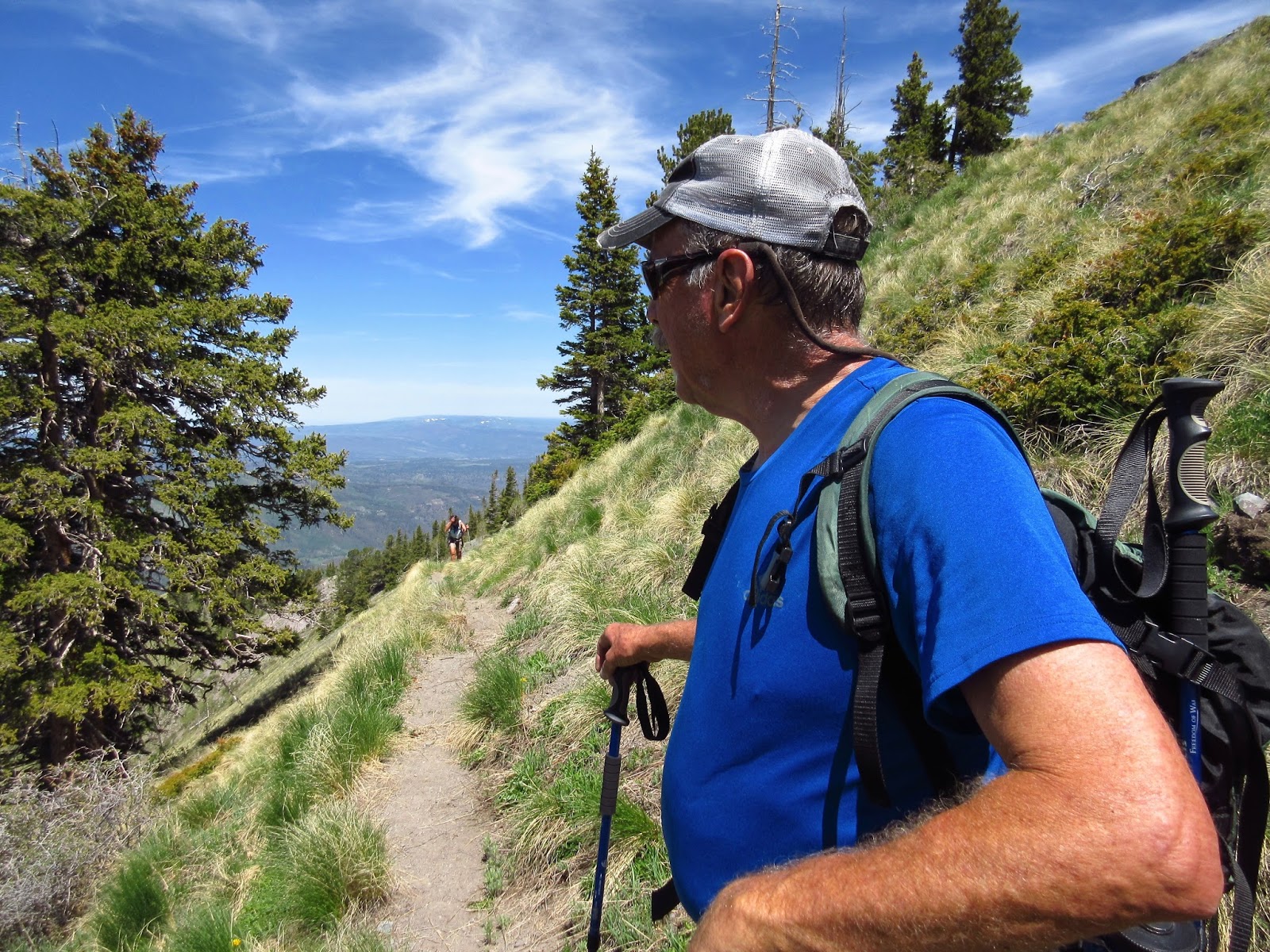 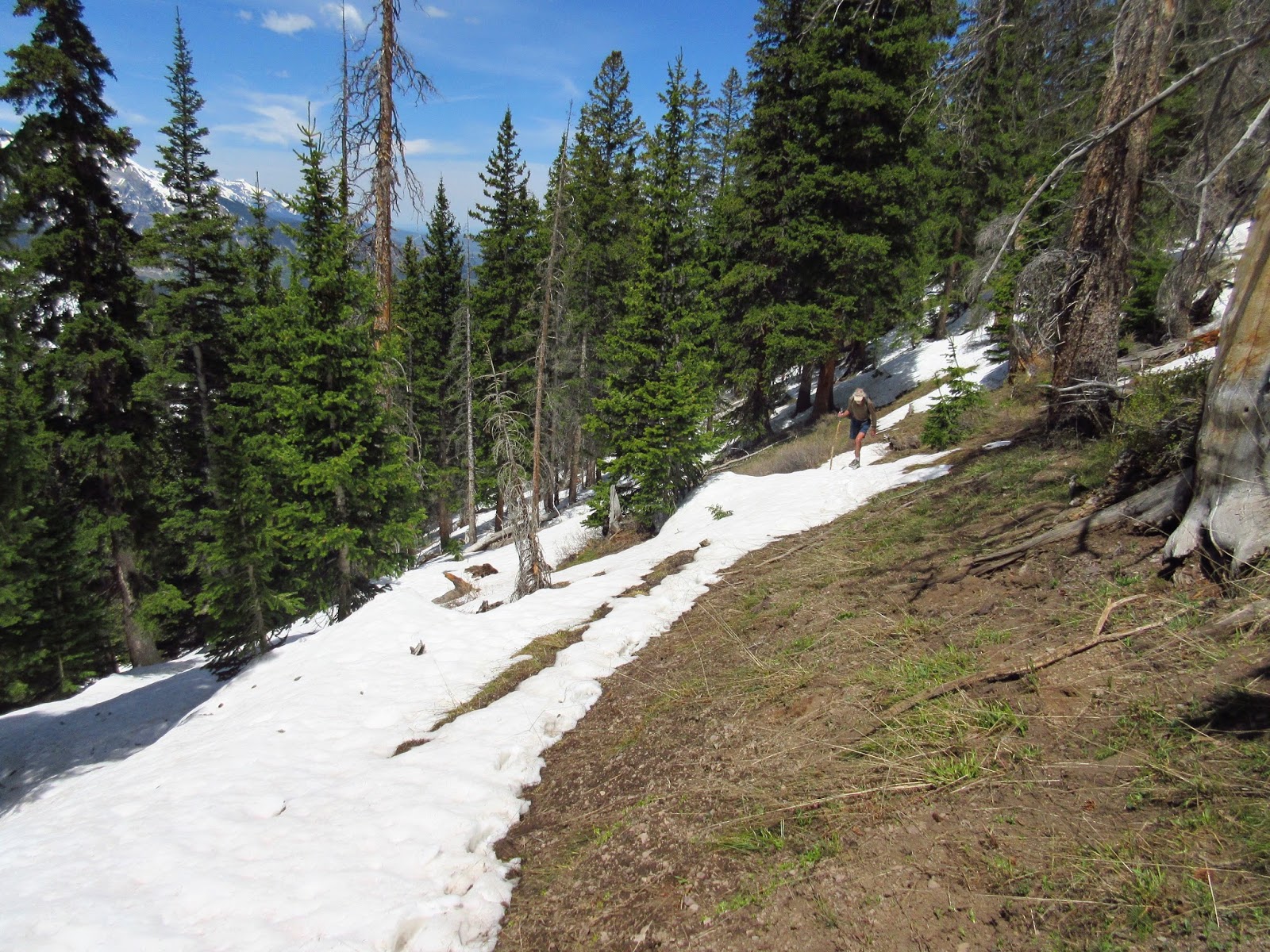 As suspected, we found snow lingering in the shade of timber as we neared 11,000 feet. It was deep in places... soft enough that didn't support our weight. We're all wearing shorts, so the shards of icy crust cut our senior skin like butter as we post holed along. I was still scabbed from post holing up Red Mountain, so it was a particularly painful process. The going was slow. Leon's wearing running shoes, throughly saturated after a few steps, so it doesn't take long for blisters to form on his feet. I give him some bandaids and moleskin and tell him, "Suck it up, old man." He doesn't laugh.

We leave the snowed in trail to go in search of bare ground bypasses.  It's fraught with deadfall, and worse than post holing. Spirits were sagging. I keep hollering, "Just another hundred yards...were almost to timberline." Post holing is hard work, discouraging at best, and it can suck the "fun" out of a mountain hike faster than you can say, "Cold, wet feet."

Having exhausted all stored carbs, Leon plops his ass down in the snow the second we break into sunlight. We all need fuel, actually. Bobbie and Kay straggle in a couple minutes later looking done for. 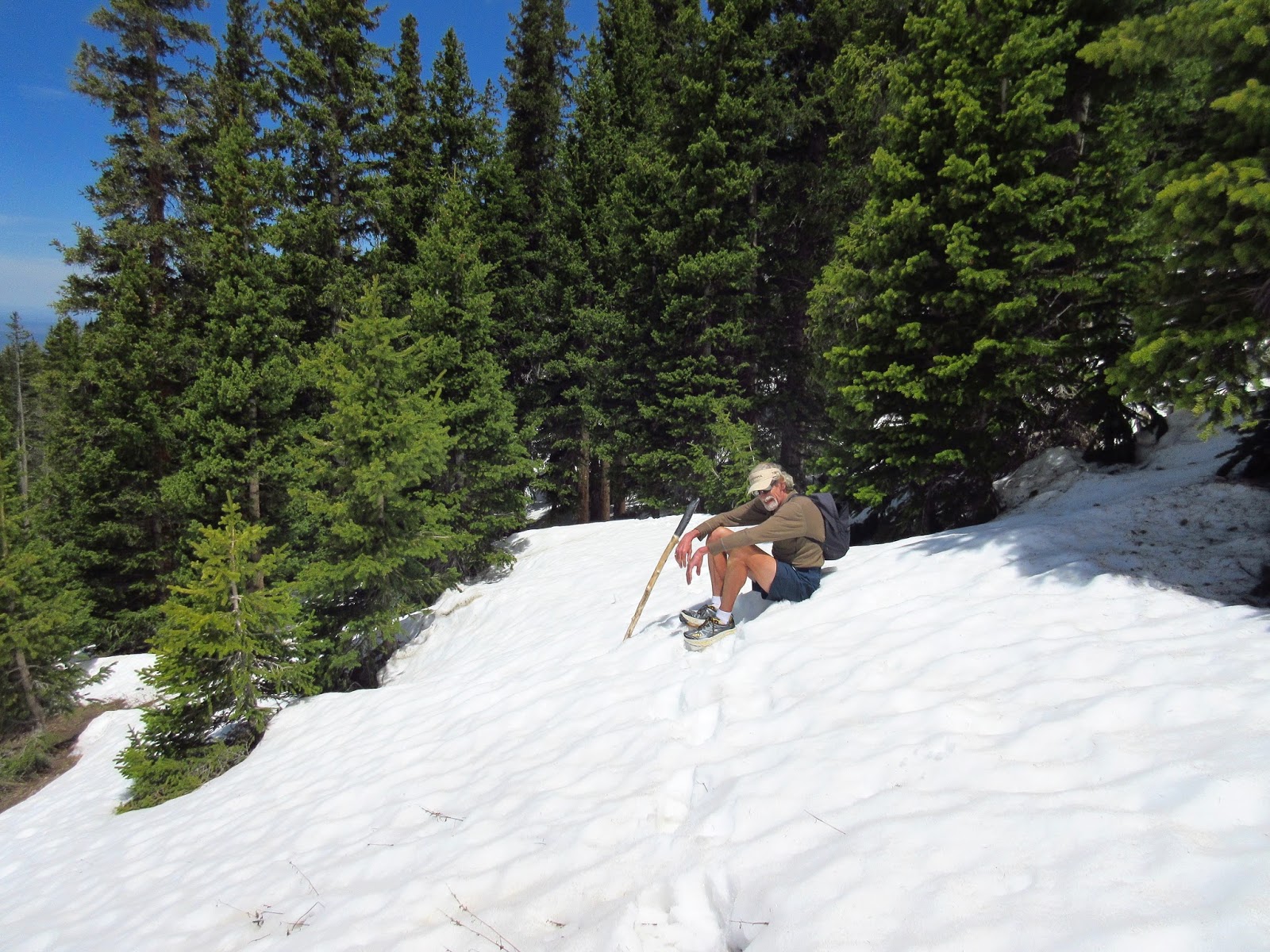 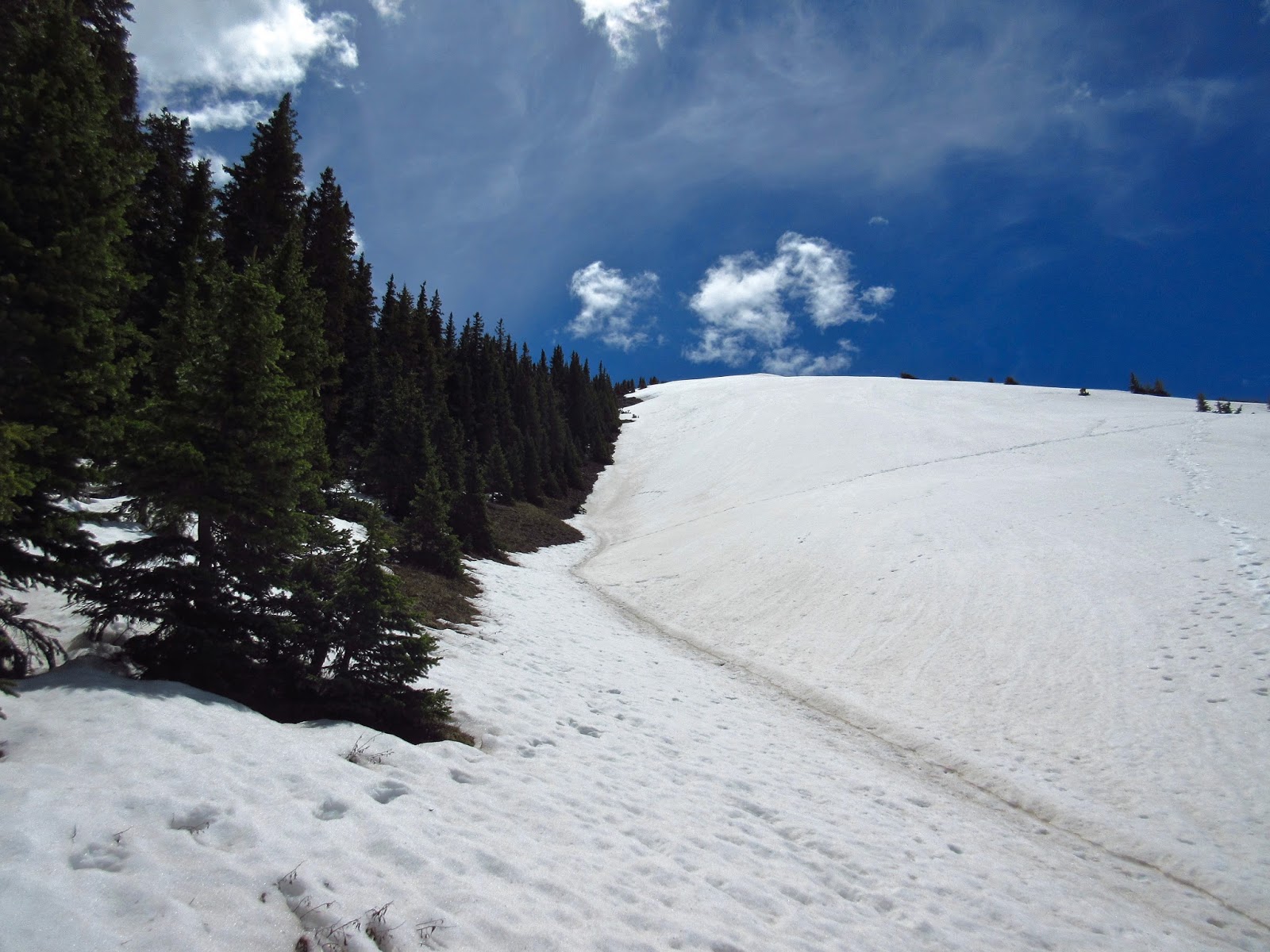 The above photo is the view from our refueling stop...a tad daunting, to say the least. I'm treated to a chorus of groans and panted cursing at the mention of continuing on to the "Bridge." I feel a little burst of adrenaline at the thought of being so close to the summit, and decide to test elk tracks for solidity. If I stayed in the elk's tracks the going was good, I didn't break through. "Hey, the snow is good and solid, you guys. Like climbing stairs." Nobody rushes to their feet.

"I'm going for it," I say, We're too close to stop now and the snow is good. I turned and continued up the mountain.


A couple hundred yards up the slope of snow I pause for breath and look down. Bobbies up and following! And she's cajoling Leon to do the same. I continued on.

We wrapped around to the south face, where snow had long since yielded to the effects of solar energy. The trail reappeared. "We're almost there! Another hundred yards." The views grew with every step. 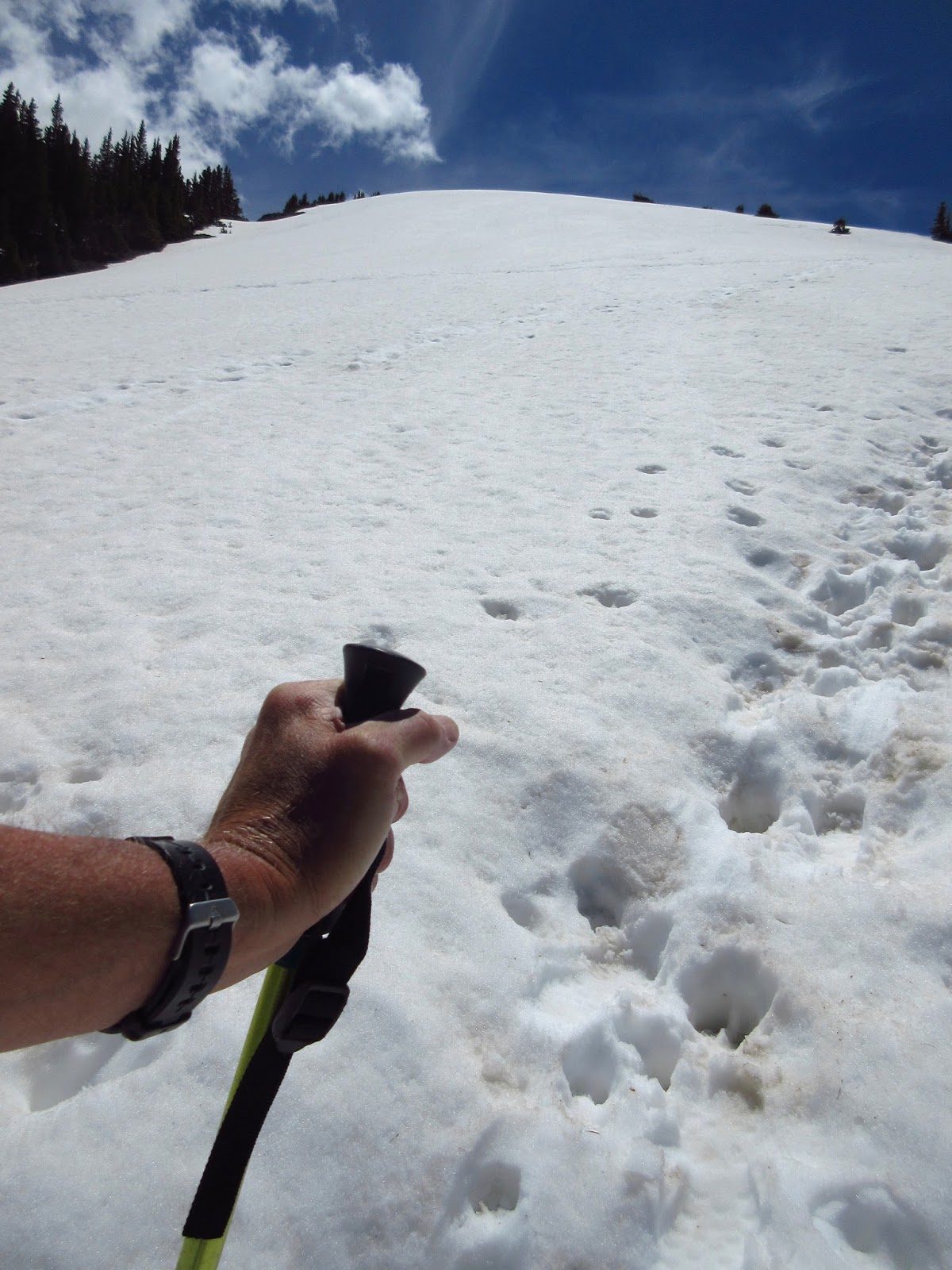 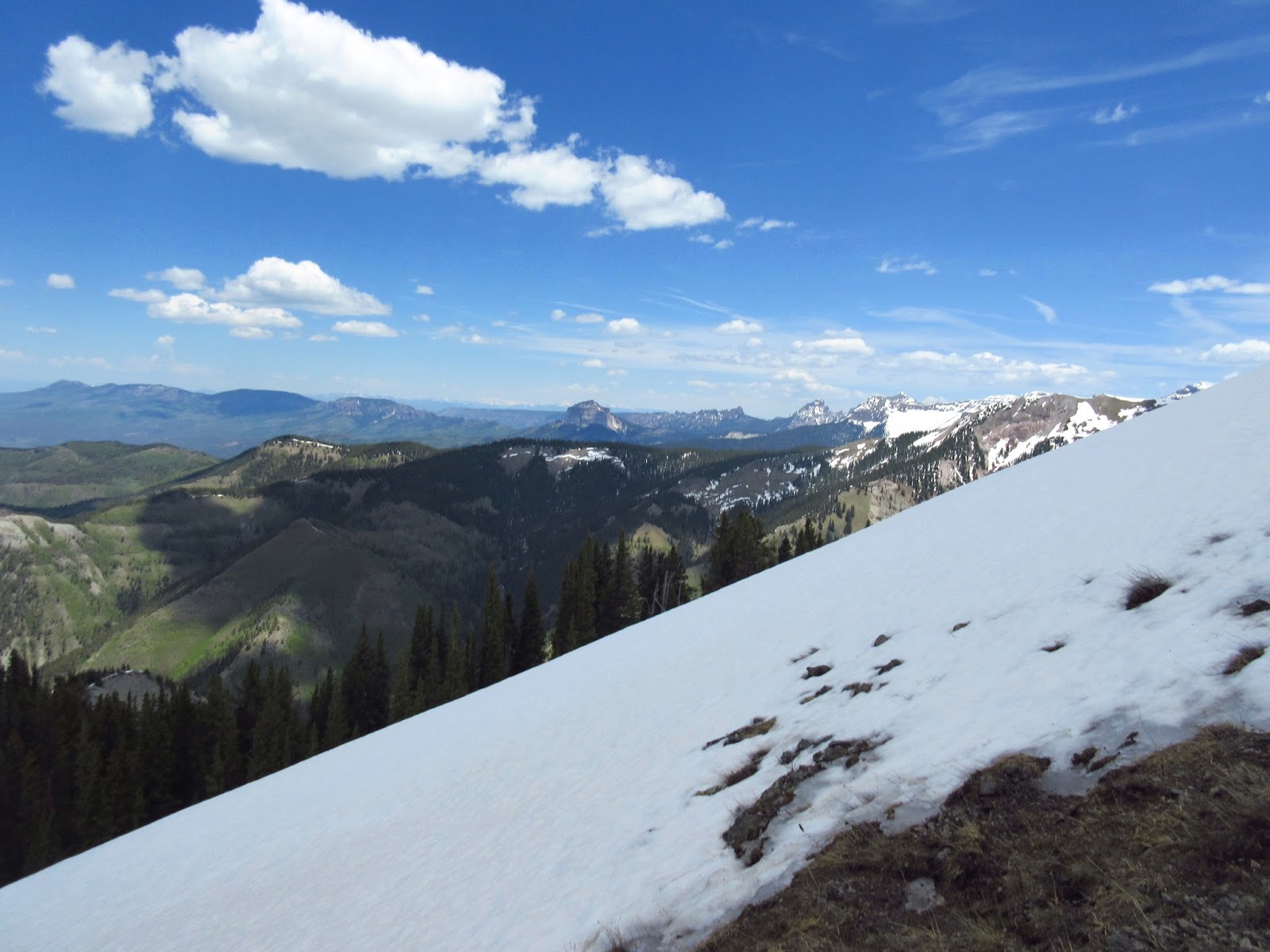 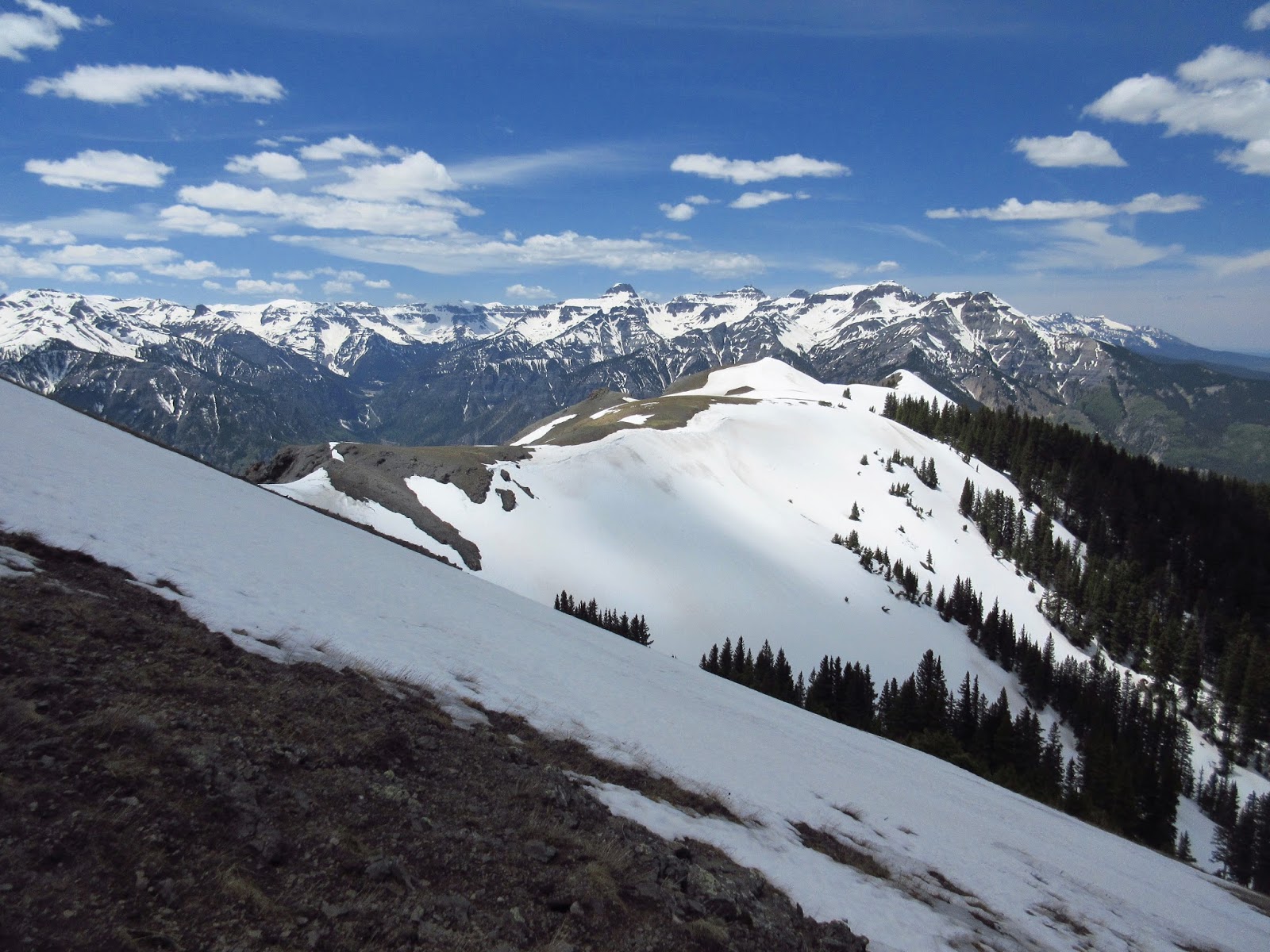 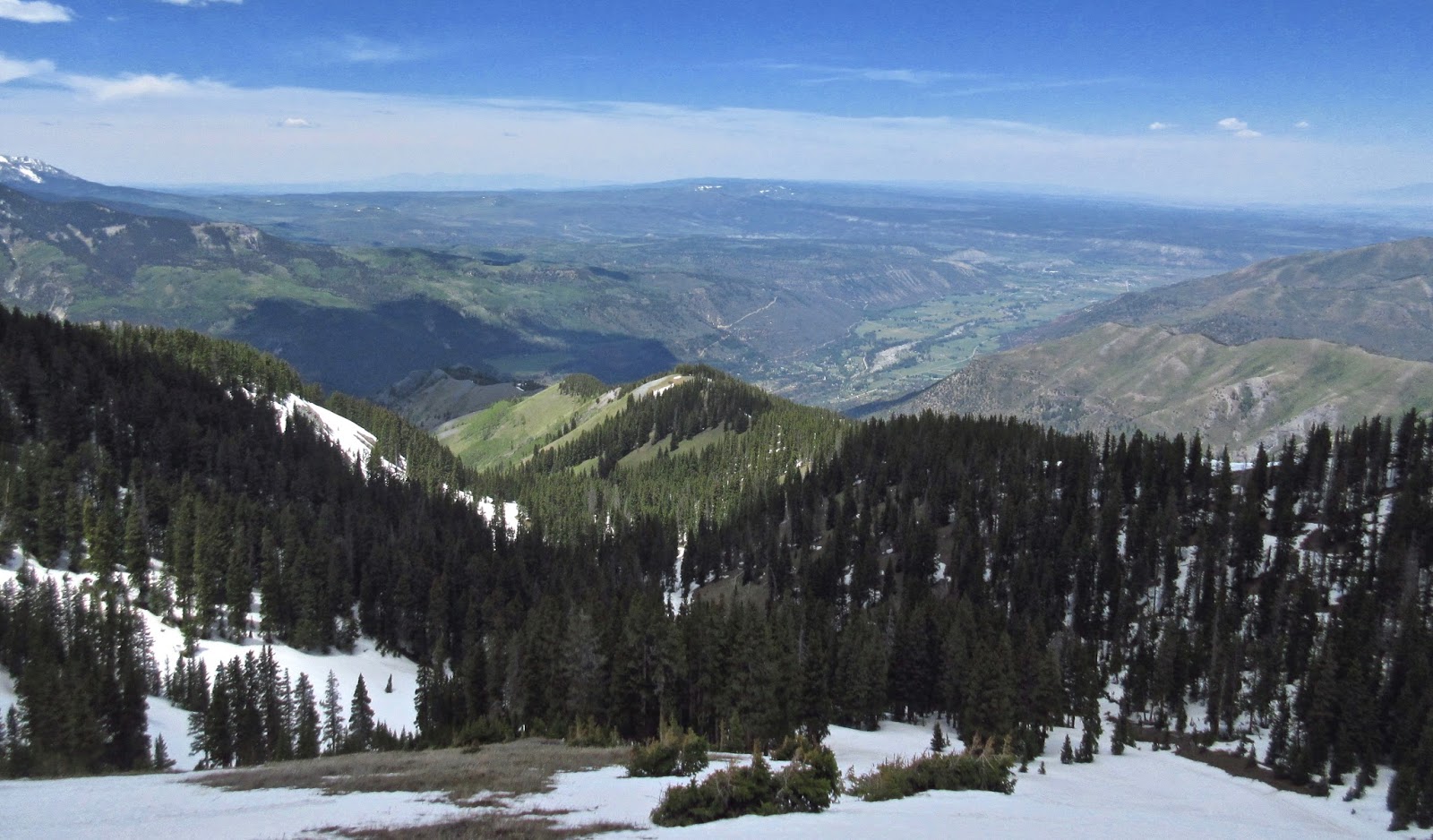 But the views are enormous... 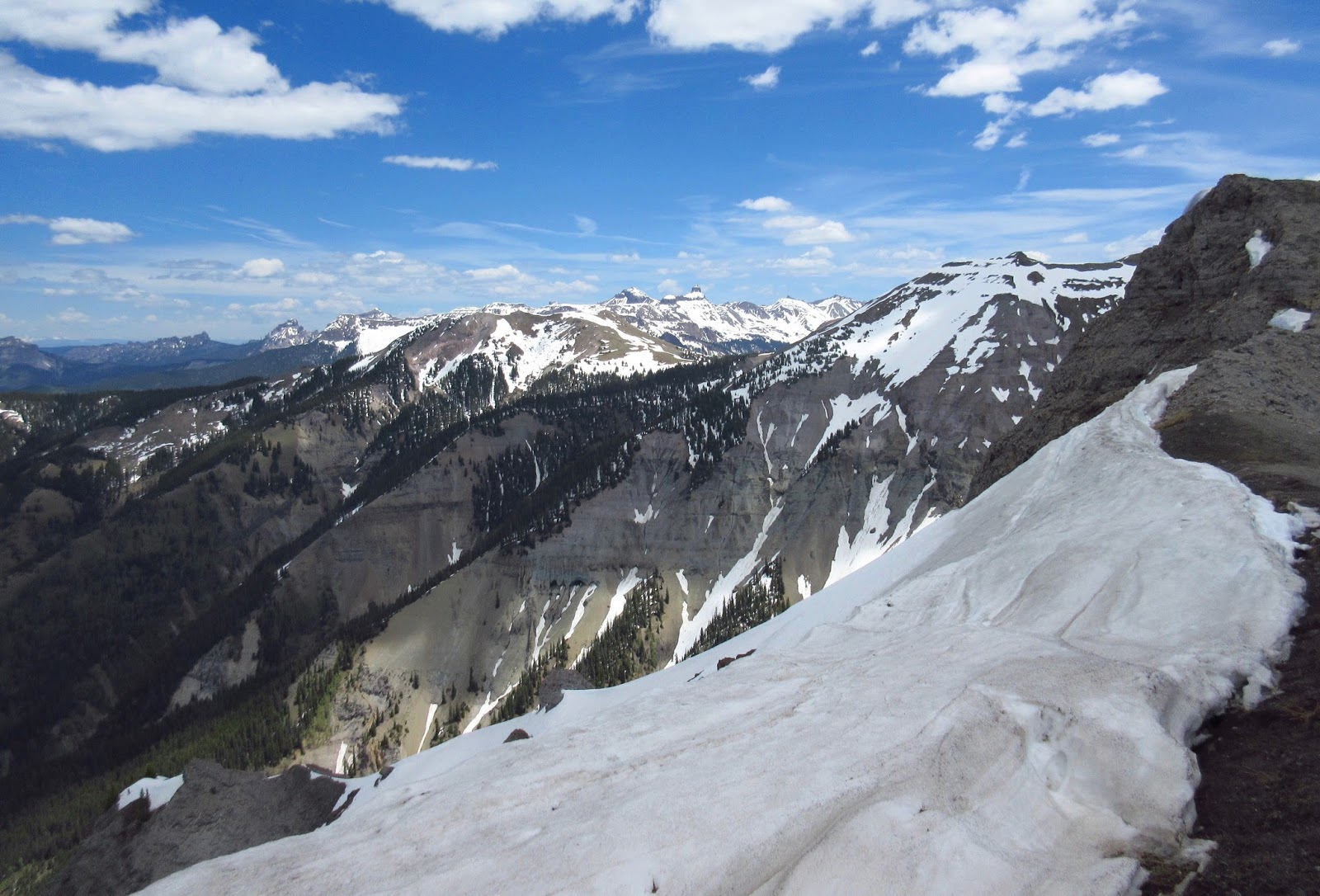 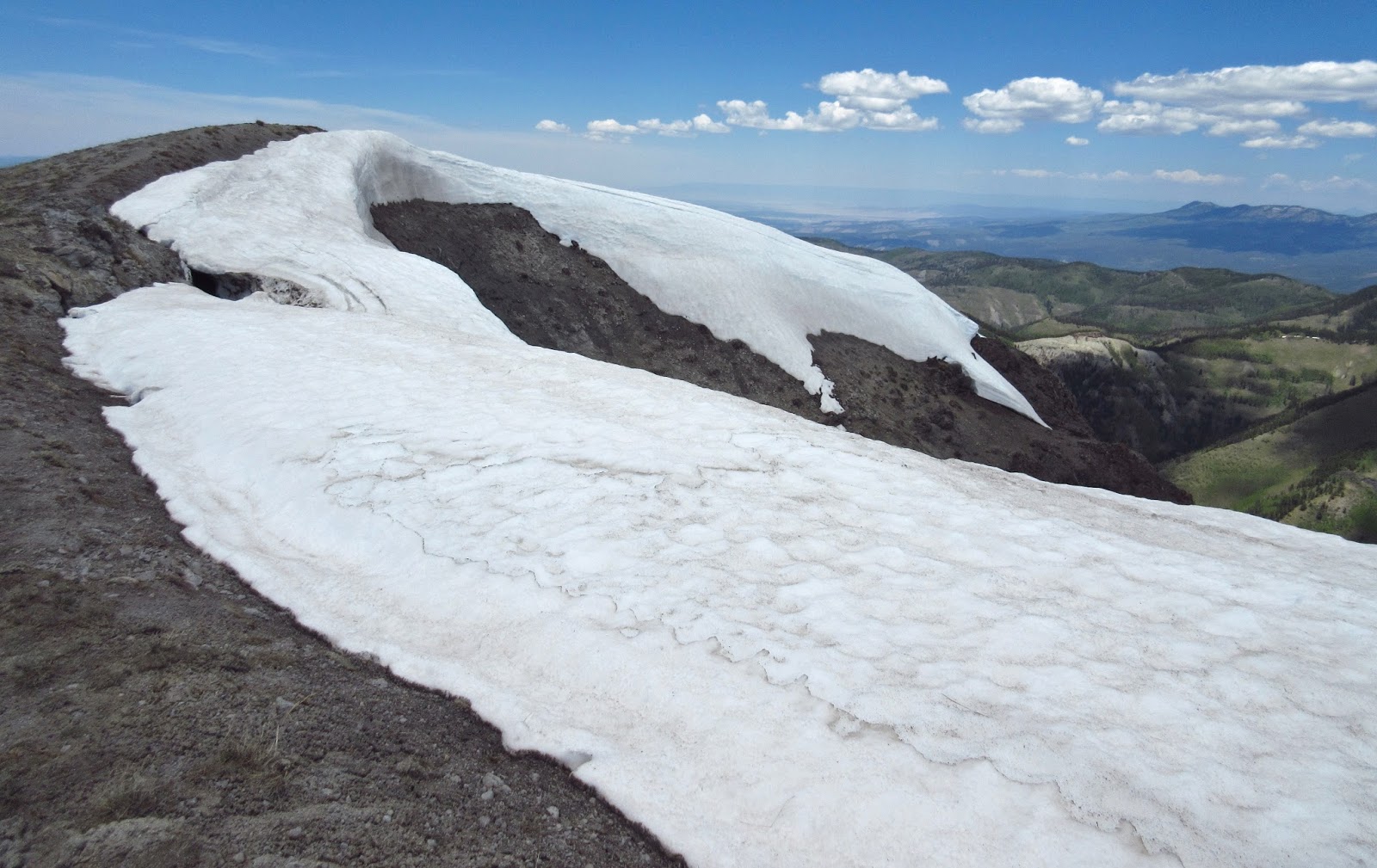 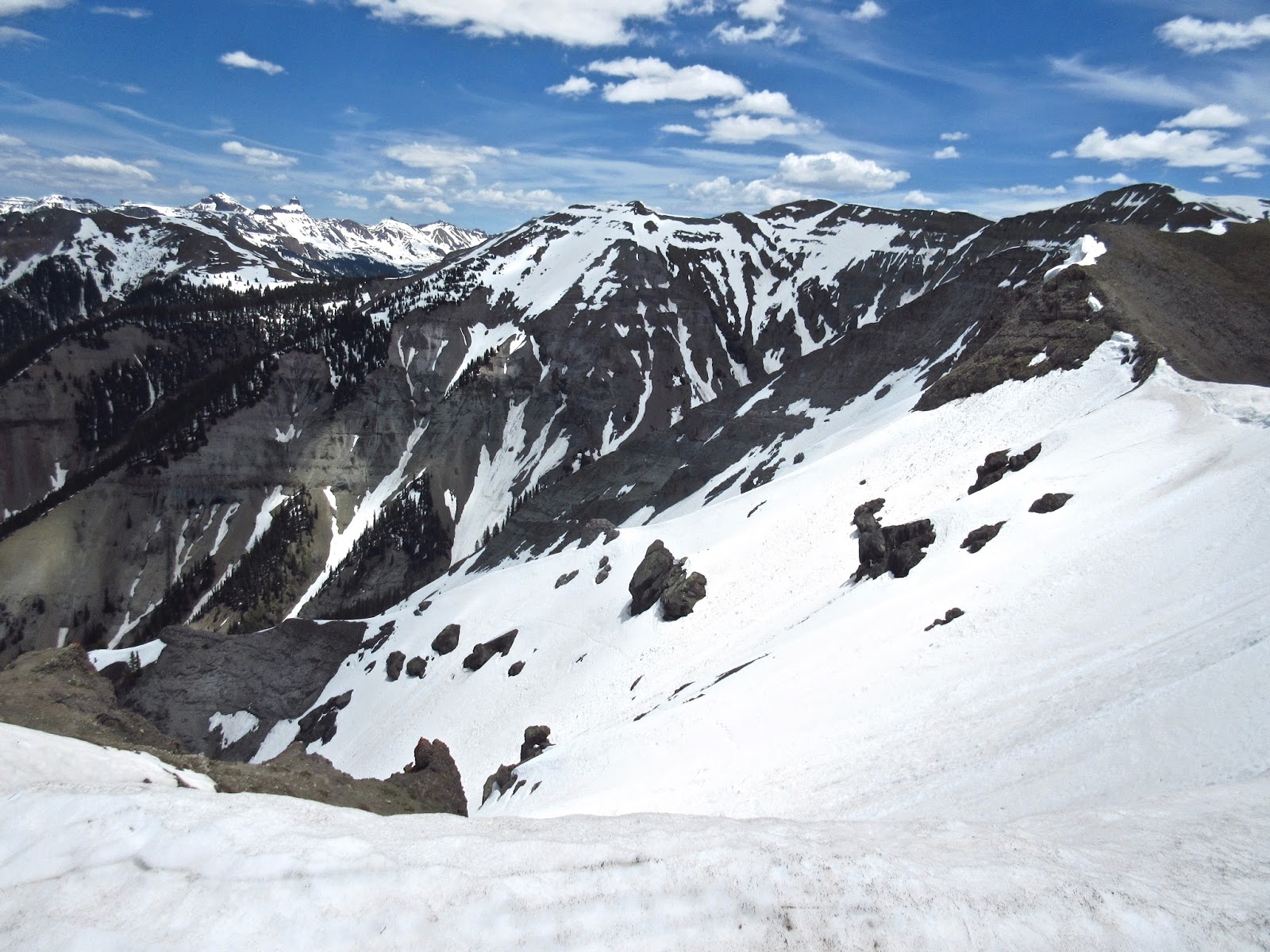 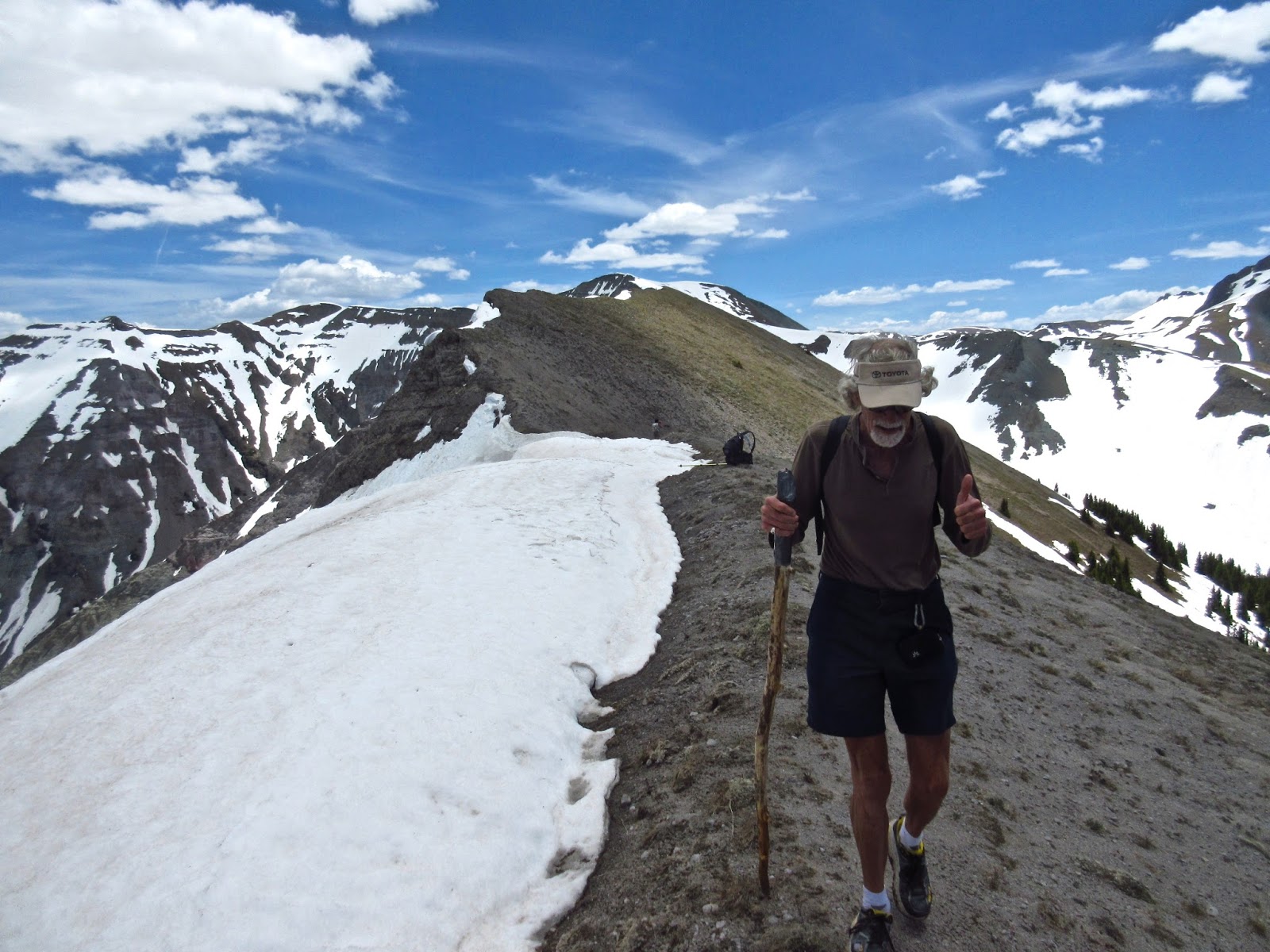 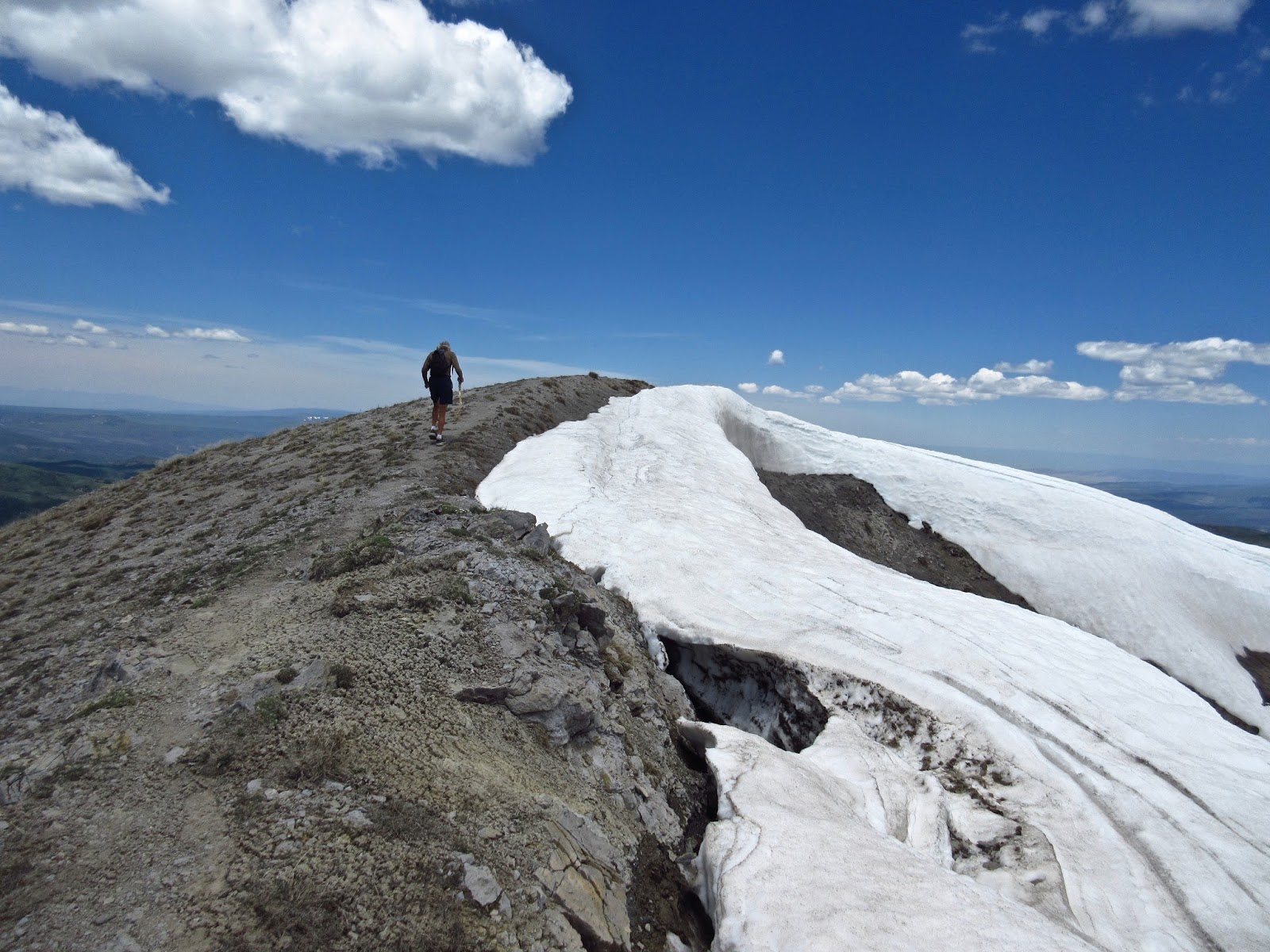 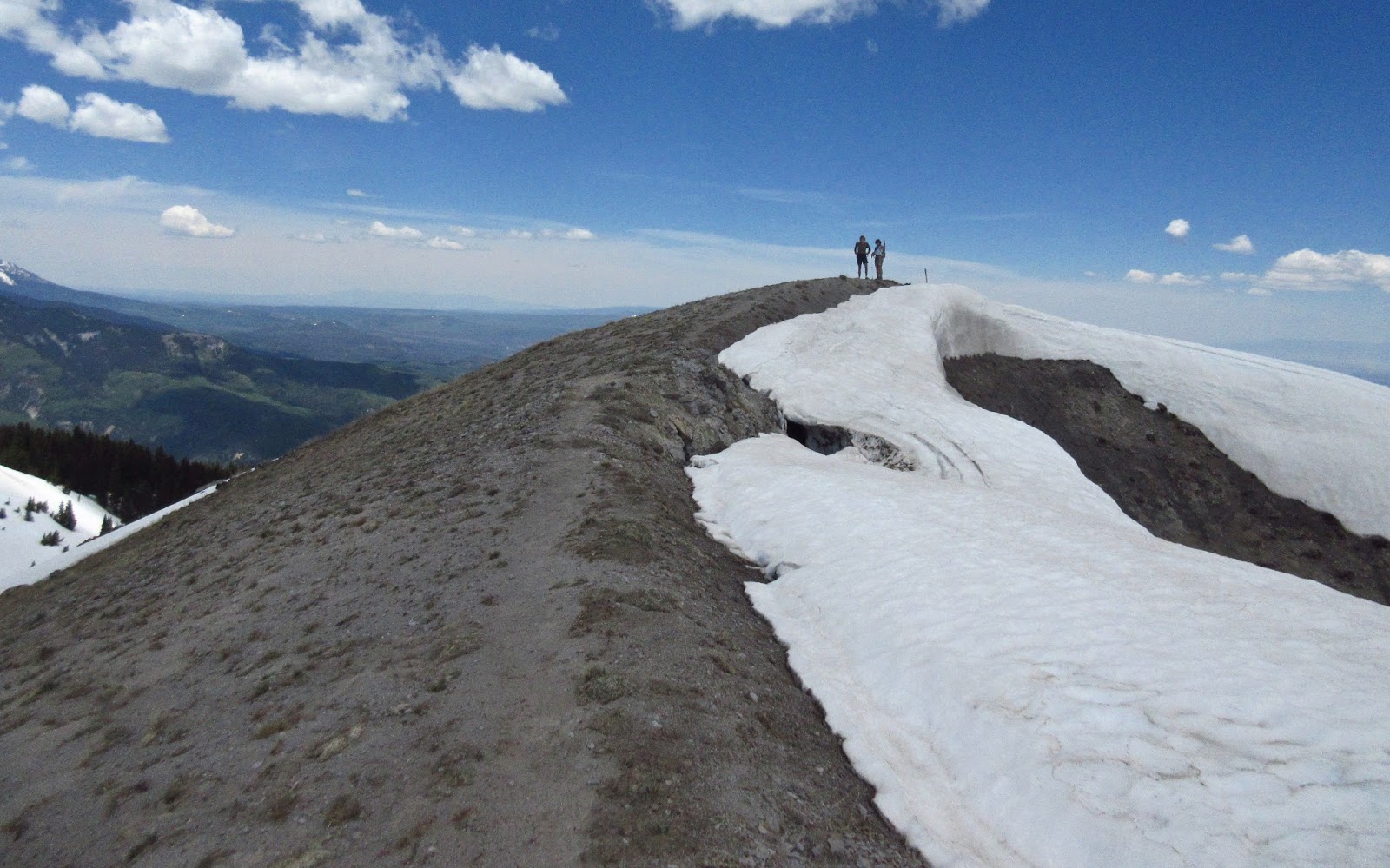 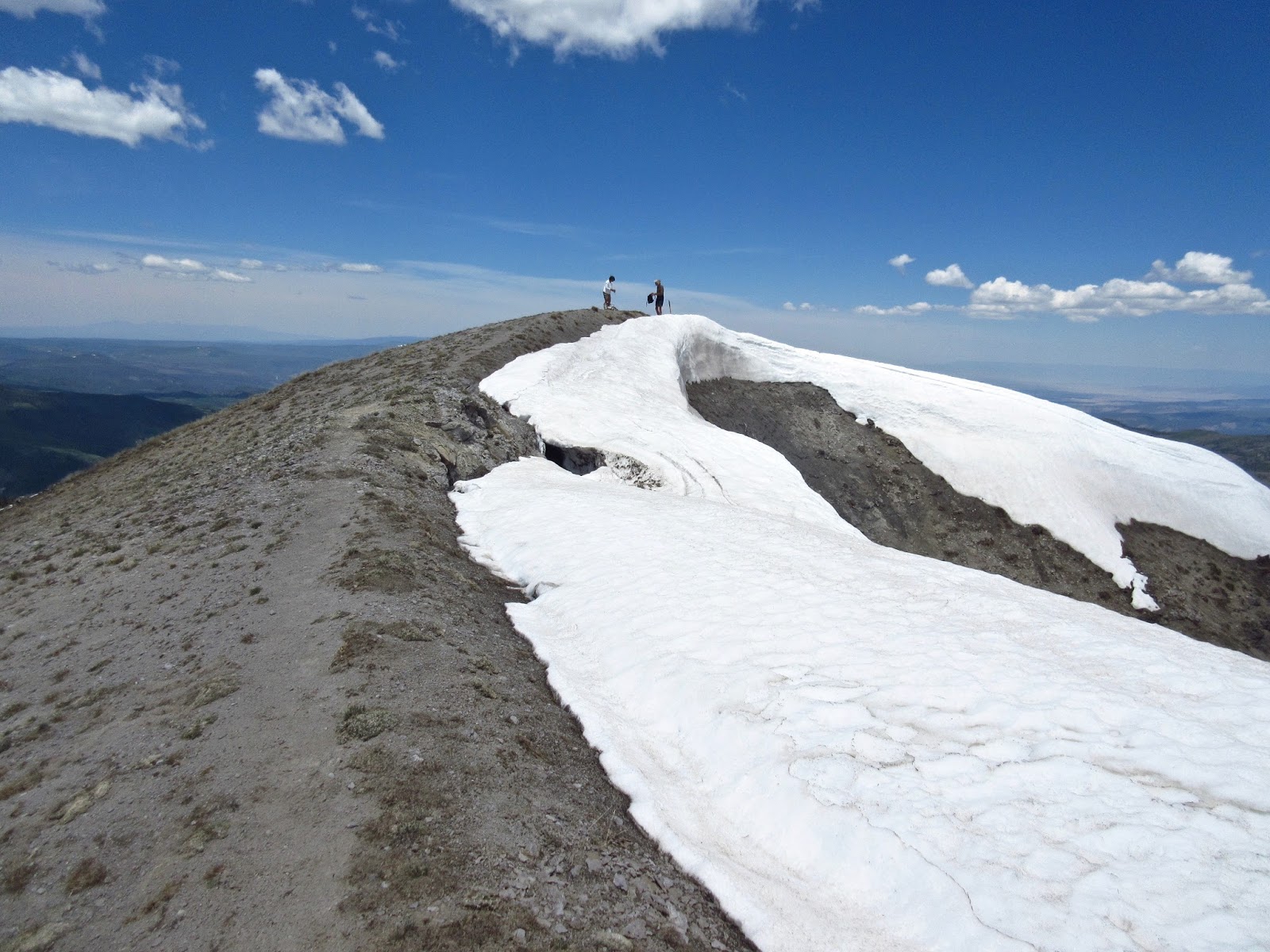 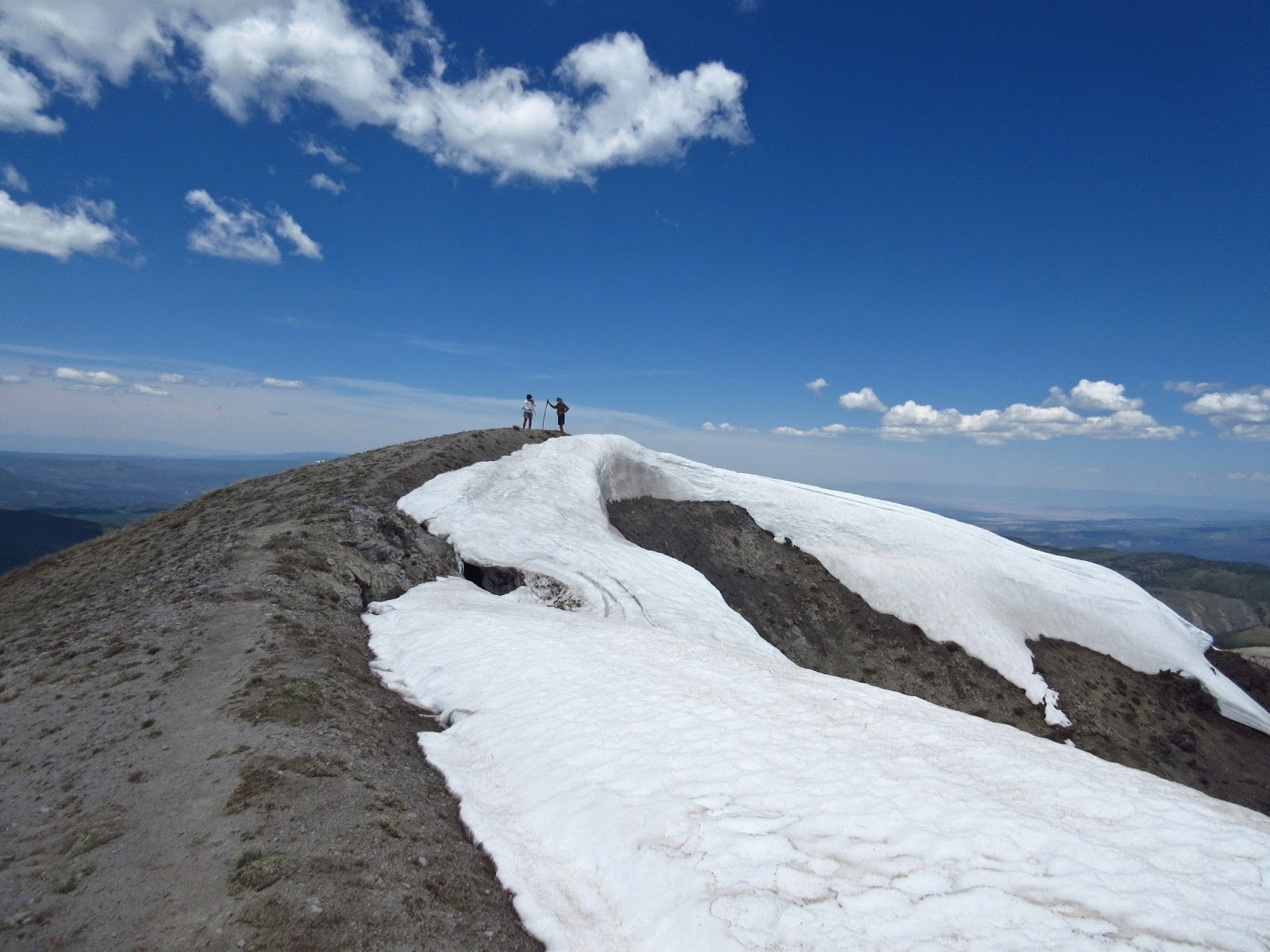 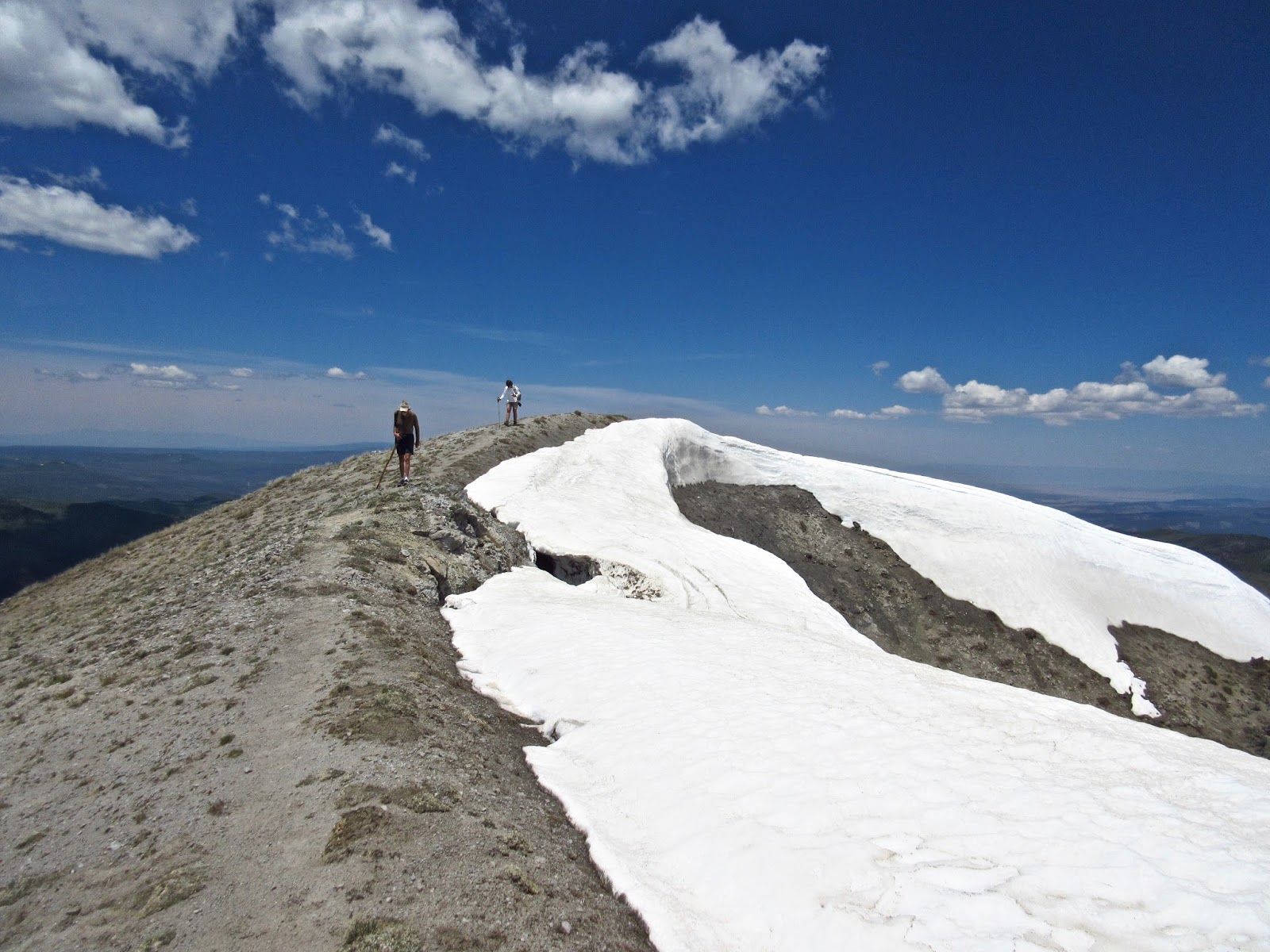 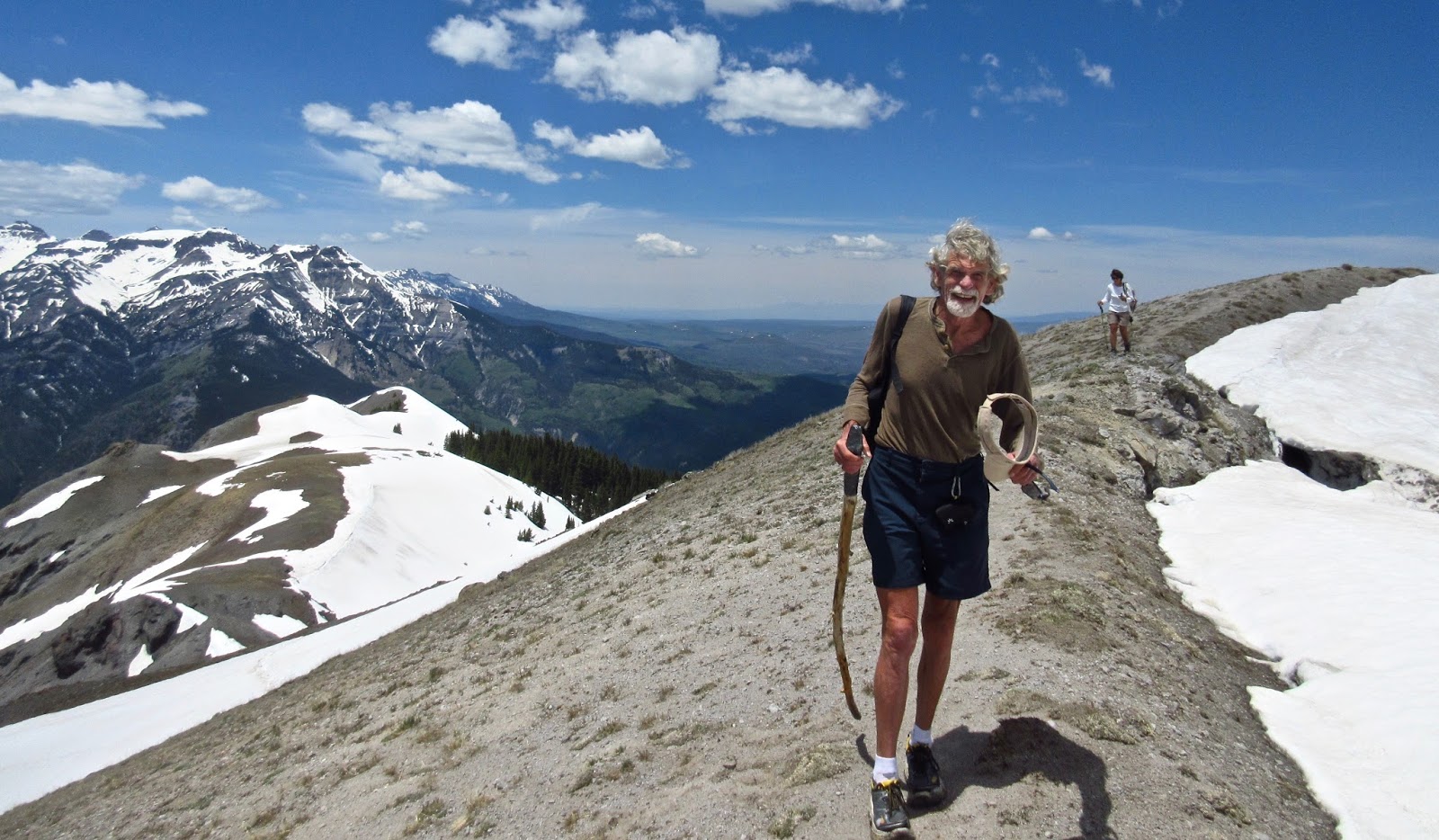 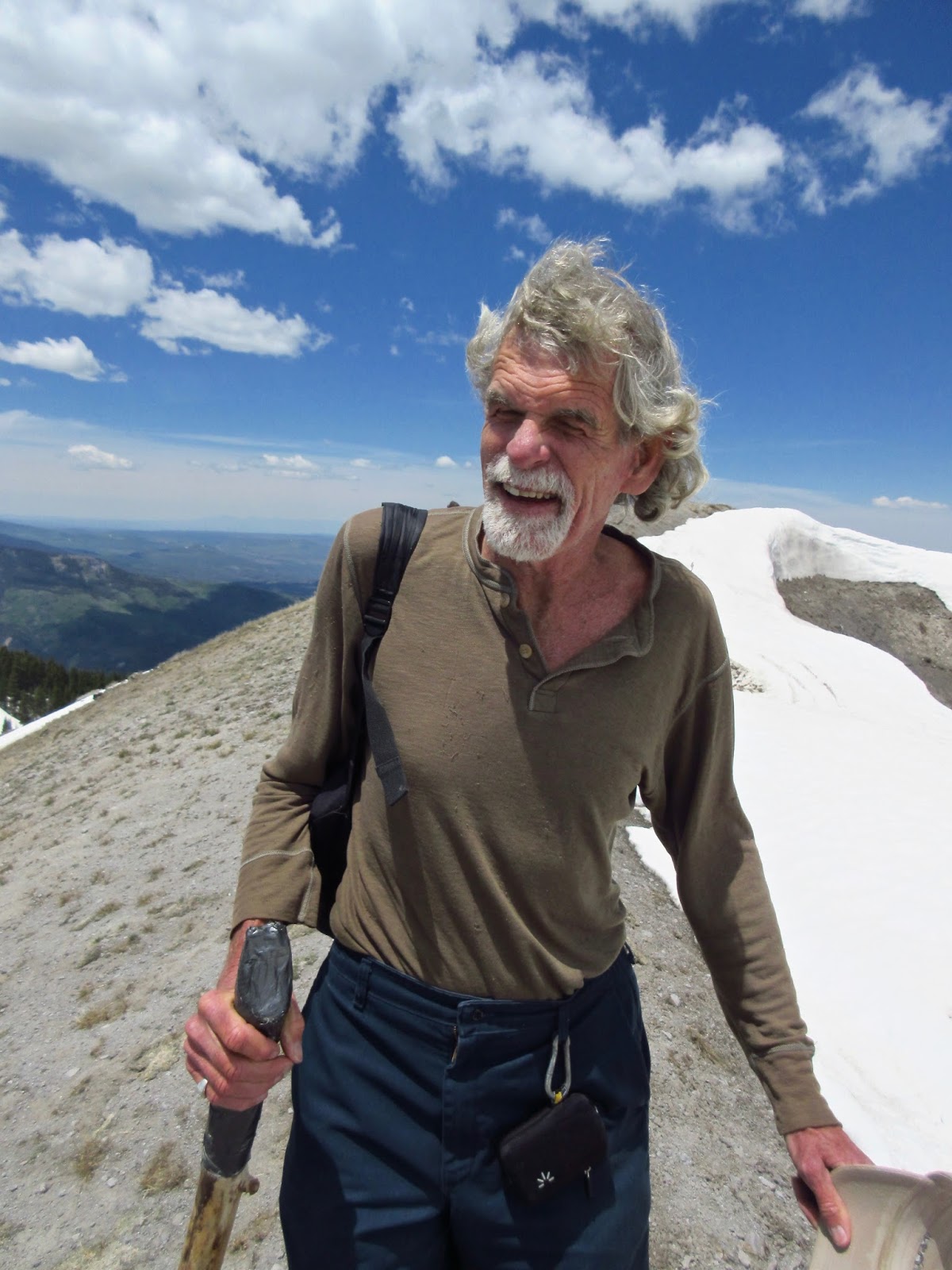 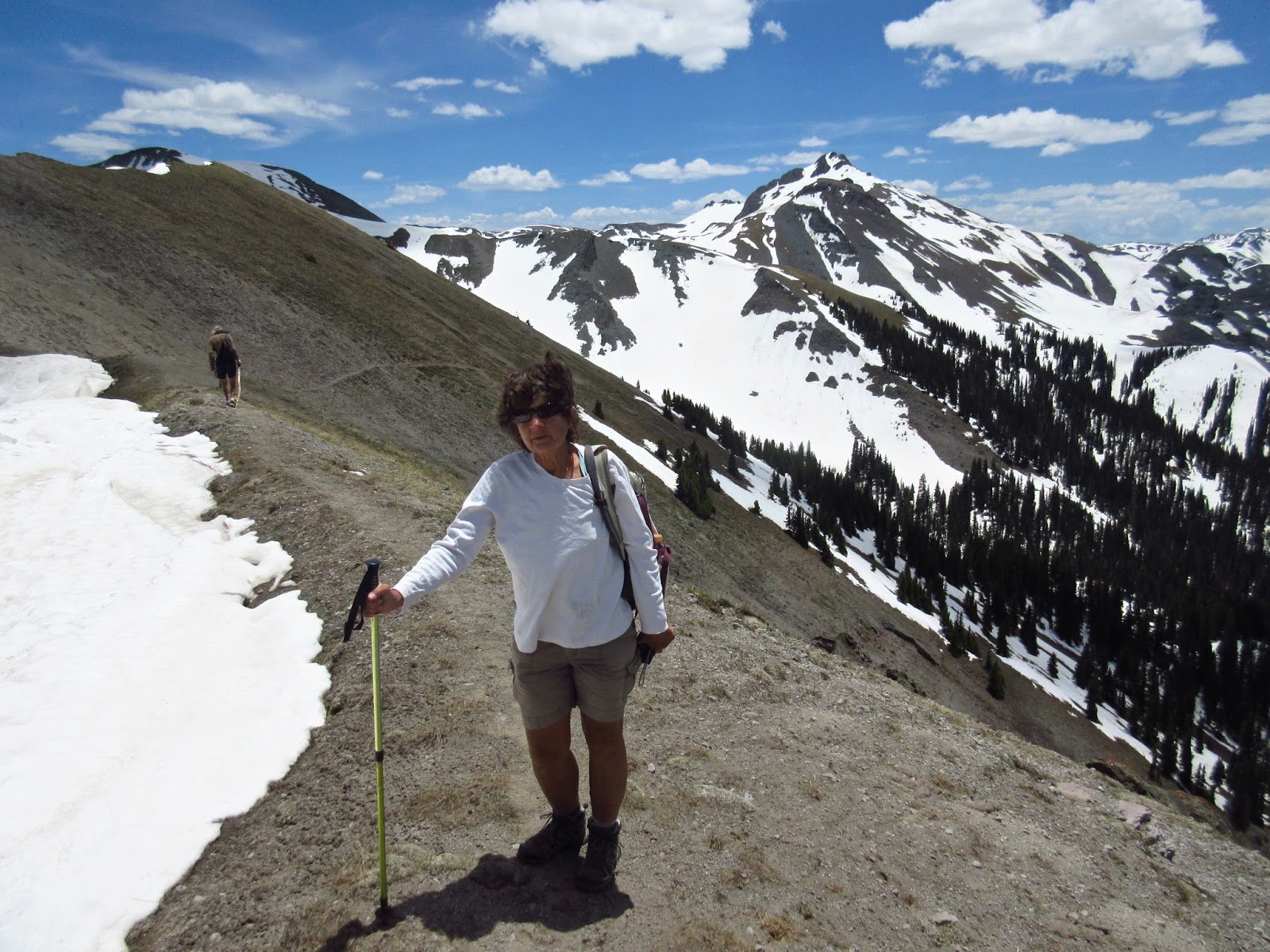 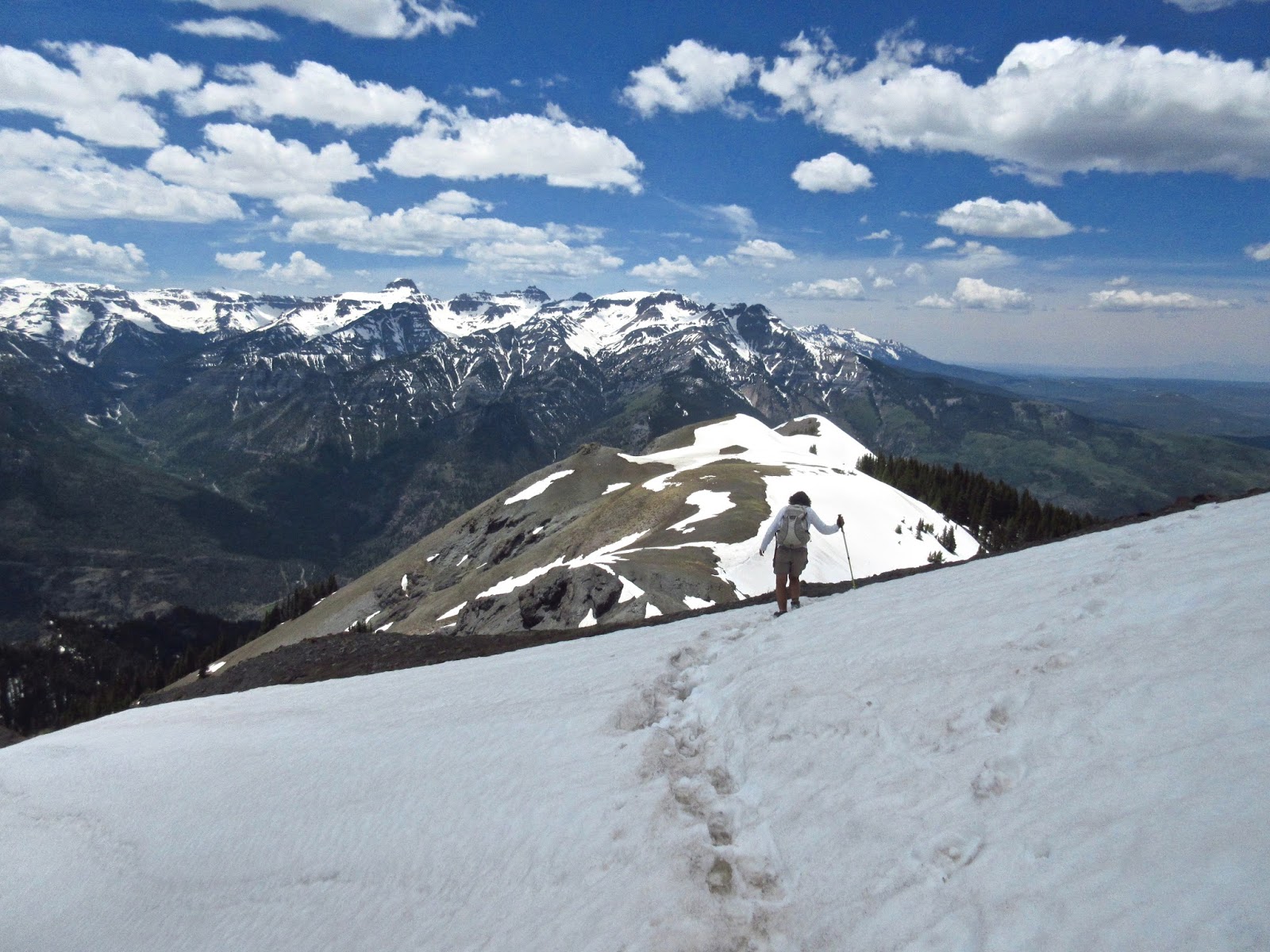 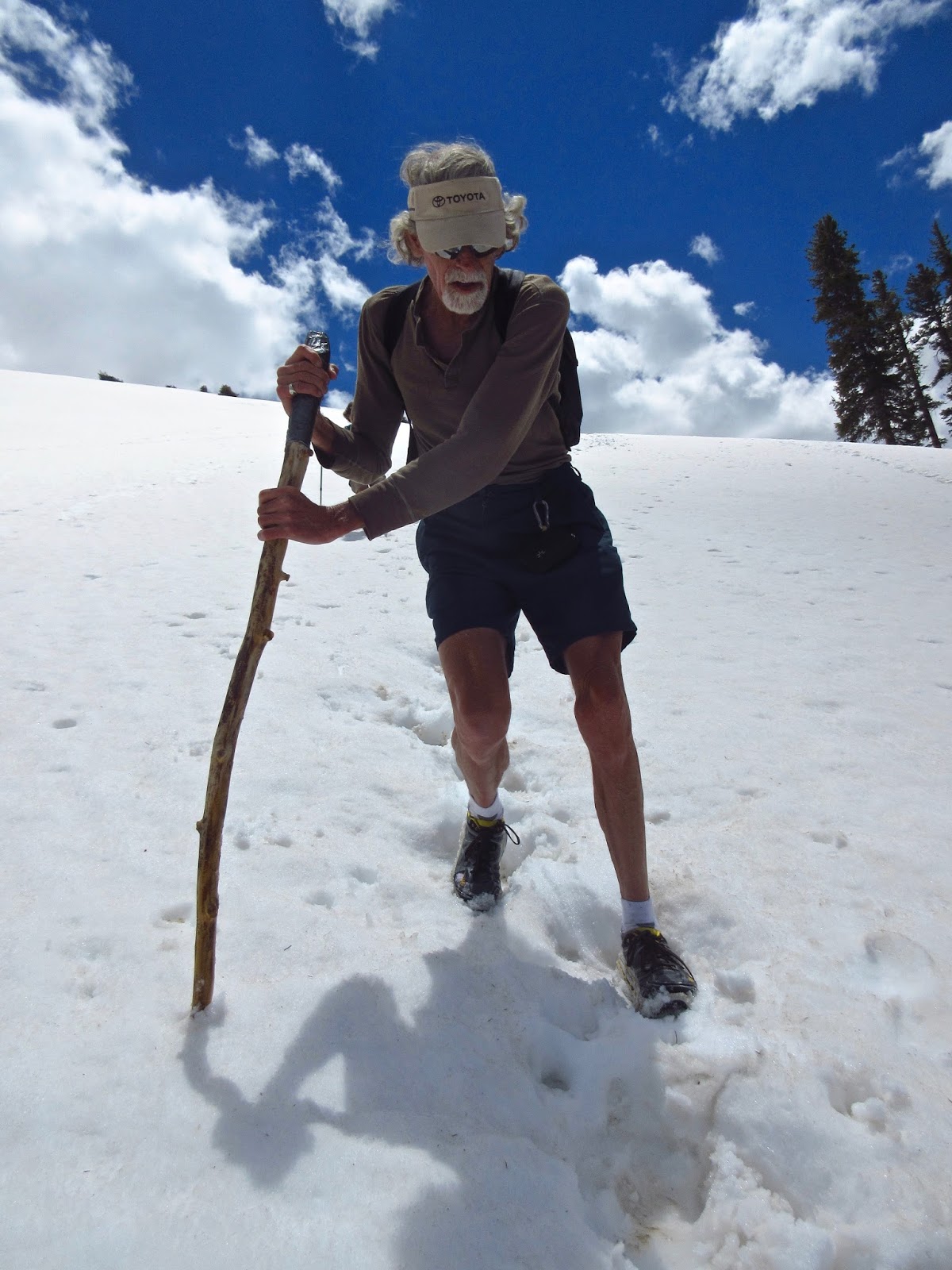 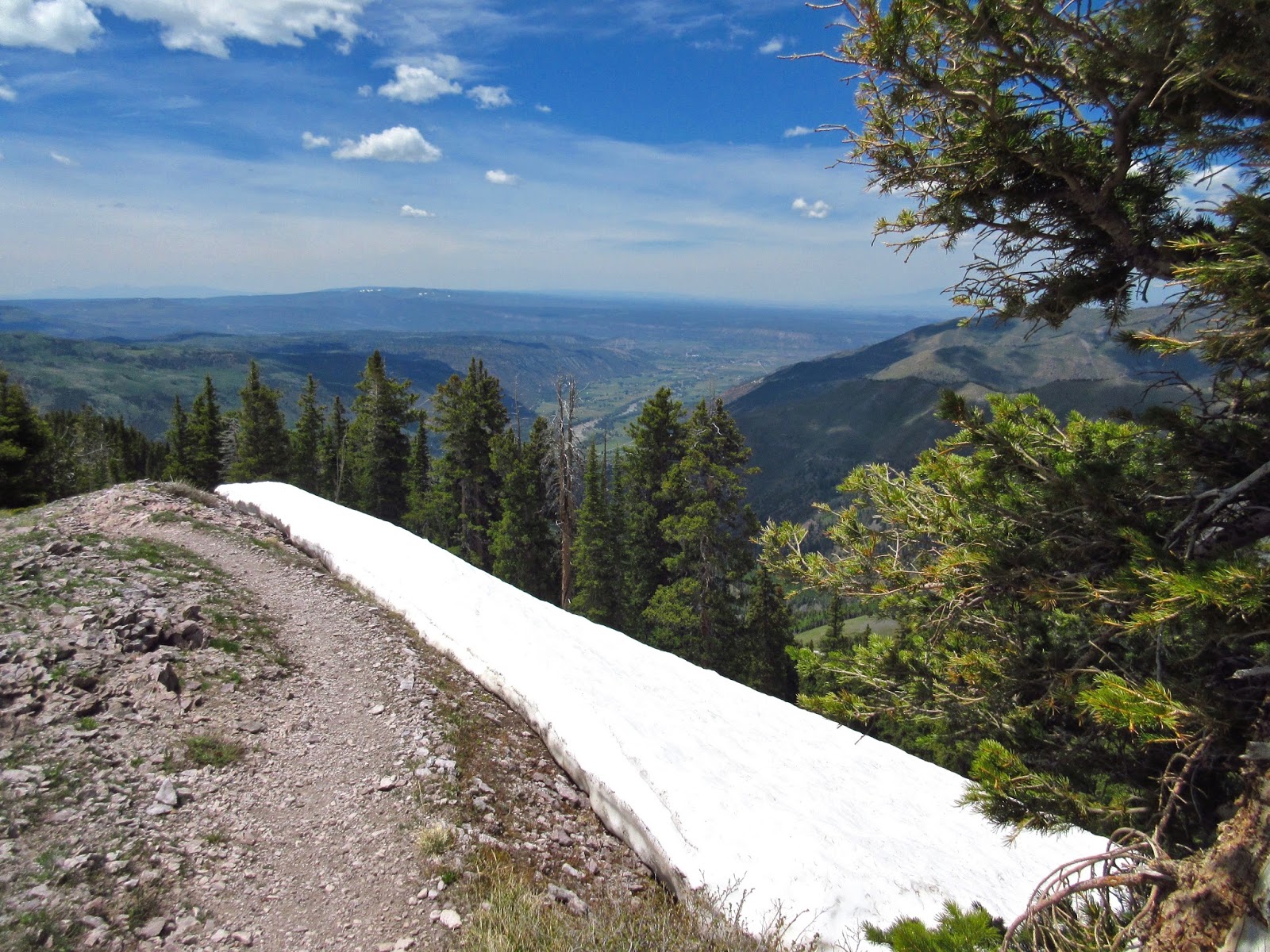 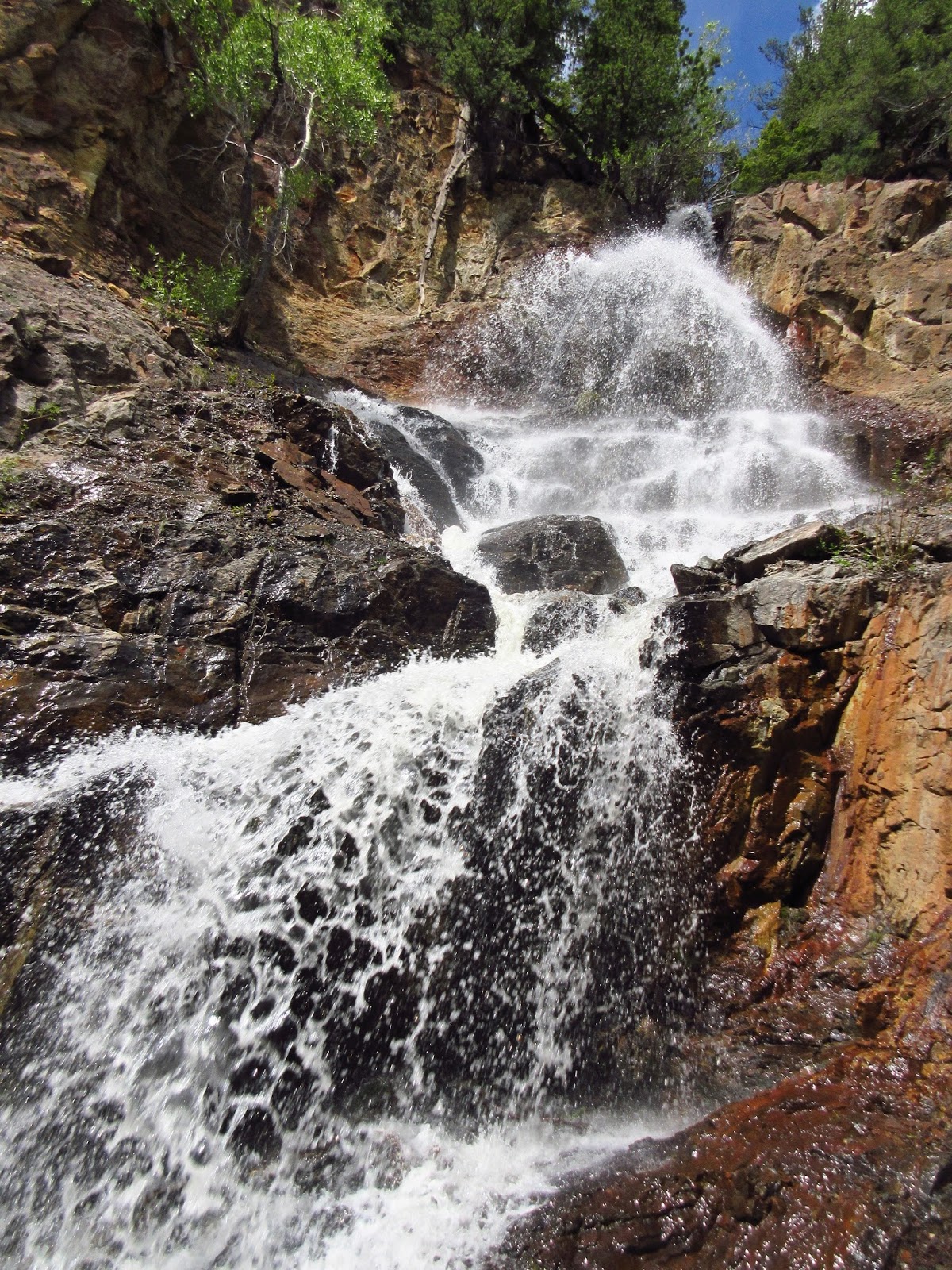 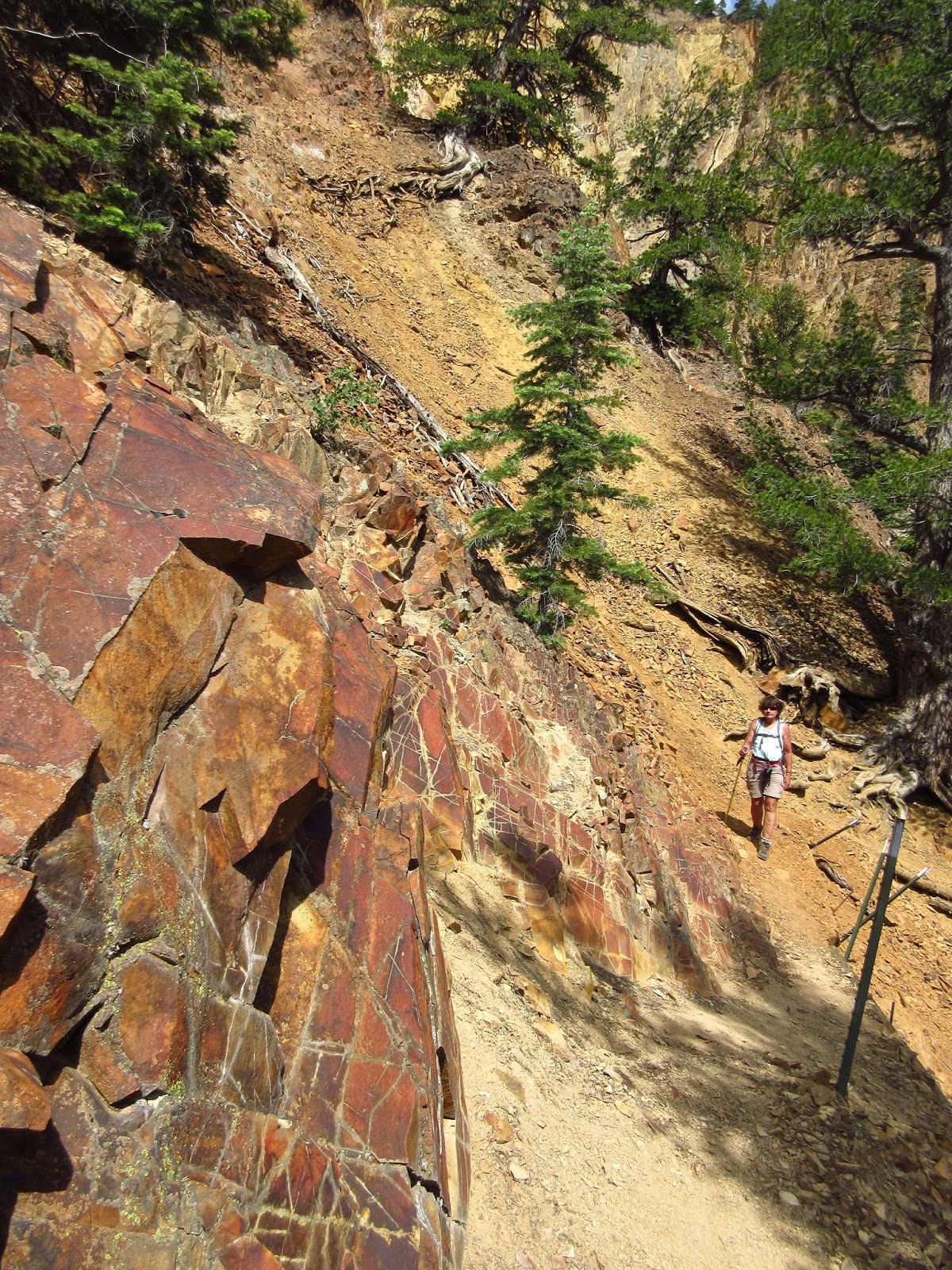 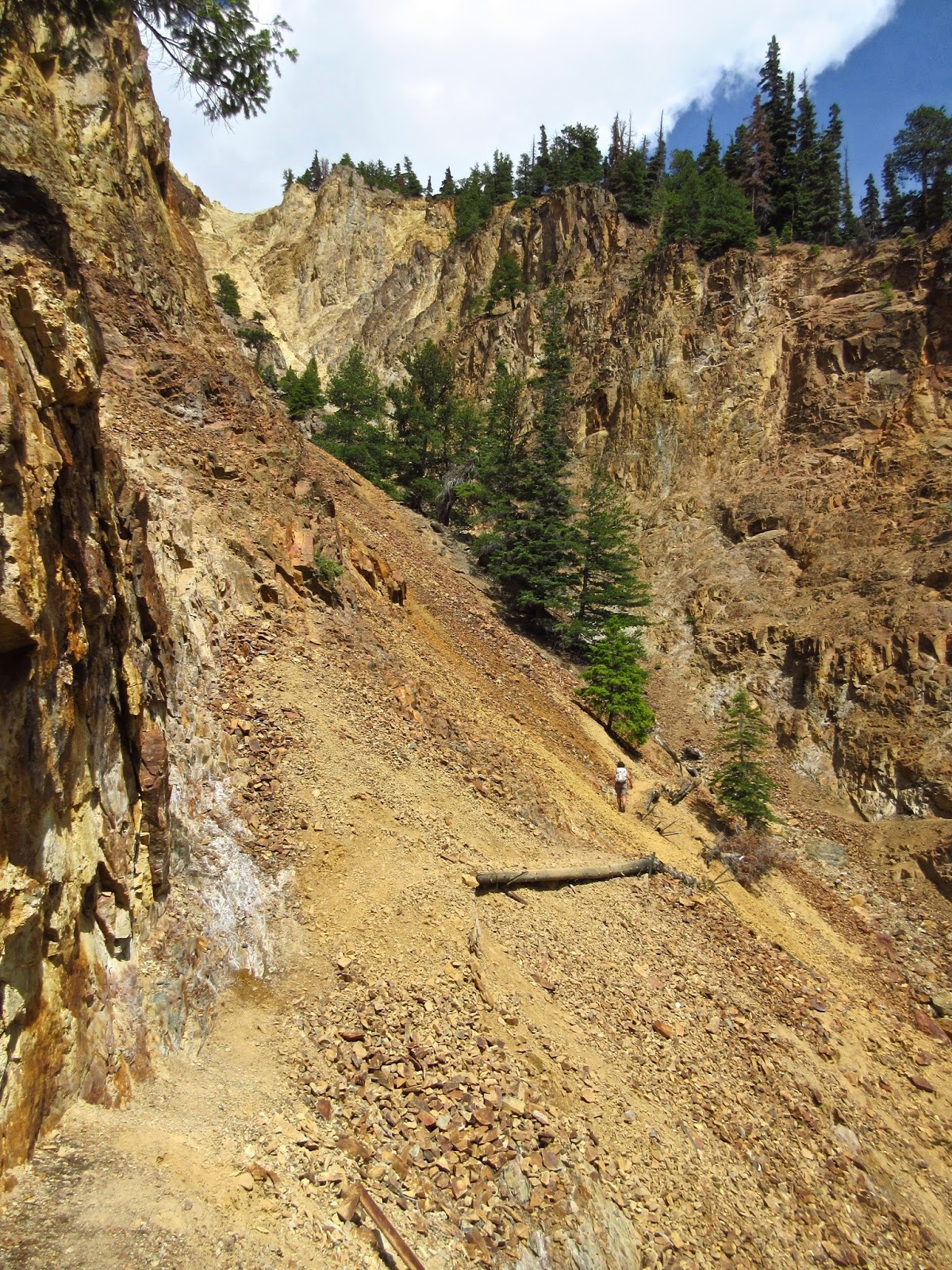 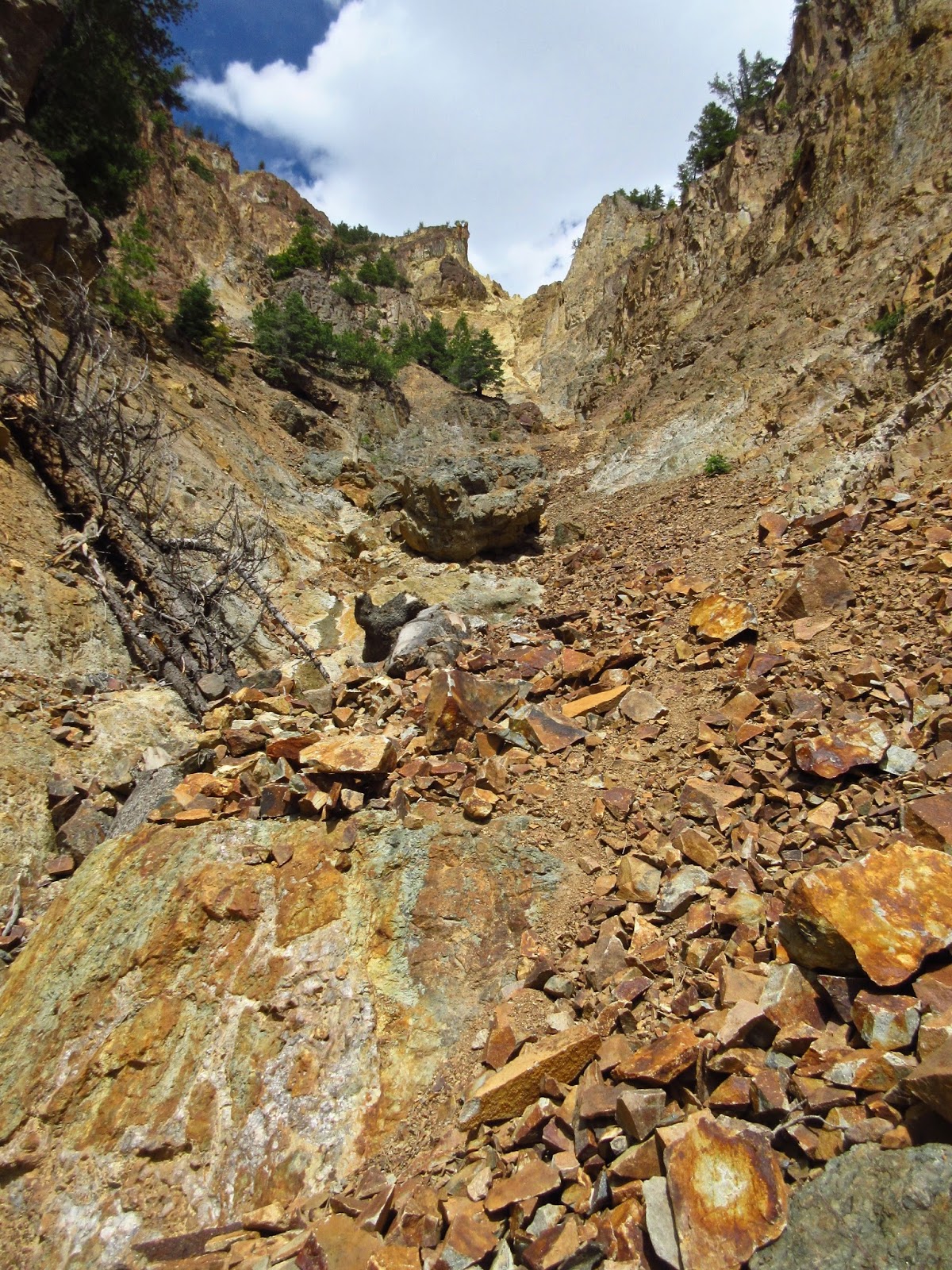 It took 8 hours. Time well spent with friends, a challenge met; victors on this day. Time for beer and Mexican food at Buen Tiempo.

Sometimes, "if you want to get to heaven, you got to raise a little Hell." Ozark Mountain Daredevils