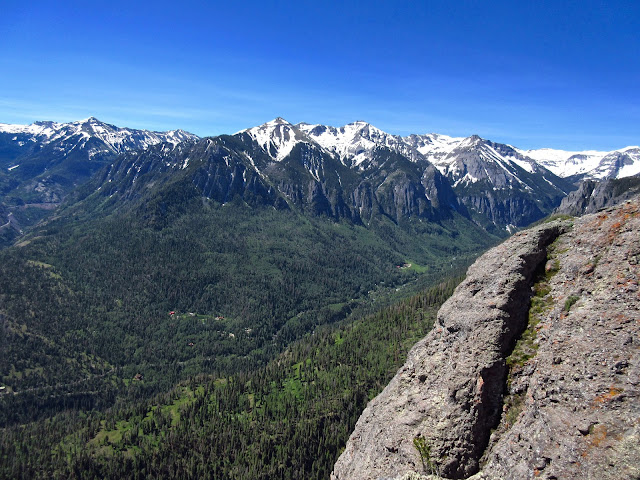 On a day too hot for clothes, I choose to eviscerate either my Demons or myself; one of us has to go! Though it's tough on the body, nothing resets my attitude like a physical challenge...something above and beyond the normal everyday summit, something that involves stopwatches and stupidity.

So I decide a timed scramble from home to the summit of Twin Peaks is in order. After all, given the heat, I have a built-in excuse for failure, which is comforting and reduces my "performance anxiety." Excuse in place, I have nothing to lose...sort of.

I am nothing if not a walking, talking amalgam of naivety; part day-dreamer, part fantasy-farmer. Thus, like the proverbial cat torturing its half-dead mouse prey, I toy with the thought of equalling my Twin Peaks Personal Best: 1 hour and 49 minutes.

Paradoxically, I hold no illusions about equalling or bettering that P. B.. It was made 6 or 7 years ago, back when I was using Twin Peaks as training for the Imogene Pass Run from Ouray to Telluride. It's both sad and telling: You know you're well into the "third act" of a three act play when "6 or 7 years" is suddenly of consequence. Oh what I wouldn't give to return to those seemingly endless heydays of "middle age" passivity, when there was more sand above the hourglass orifice than at the bottom, a time when 20 years could pass me by and be totally irrelevant to performance (sigh).

Oh hypoxia, you are my "go to" drug of choice, my survival mechanism—the one thing I can count on to realign superfluous priorities in a self-admitted superfluous life, the one thing that casts out Demons faster than a Pentecostal preacher-man at a tent-revival. Like alcohol, it is a giddy high from lack of oxygen to the brain, only without the hangover. I bid Bobbie farewell, tell her I love her—you know, because you never know—and hit the stopwatch as I blast out the front door. 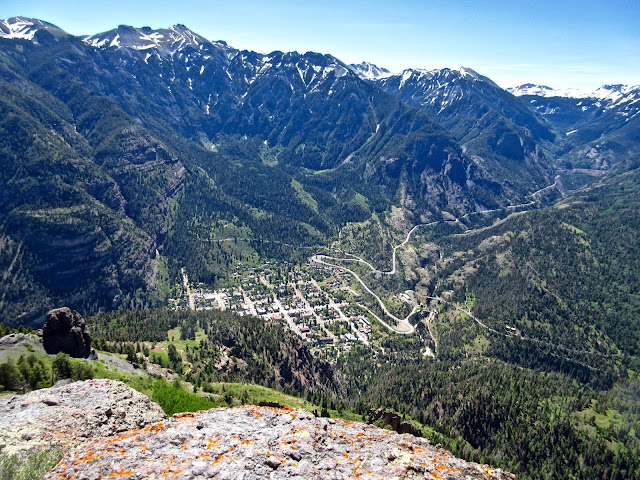 In spite of the heat, 58 minutes 45 seconds lands me a little over half way, at the junction of Old Twin Peaks Trail and Oak Creek/Twin Peaks Trail. Cool; 30 seconds off my Personal Best to that point. The trail relents slightly at the junction, allowing breath enough to sip of ice water from my hydro pack. I'm perspiring buckets. My "Life is Good" hat is off, having been re-appropriated to mop salty sweat from brow and eyes. What is with this humidity?

Long story shortened for your convenience, I set foot on Twin Peaks in 1 hour and 52 minutes, only 3 minutes off my Personal Best. I'm physically spent, not one cent left in the tank. I peel off my sopping wet tank top and wring sweat from it like a wet dishrag, counting my time as a victory. Demons officially vanquished, for now, anyway.

On the toe-jam home I have plenty of time to plot. Hmmm.
Maybe if I shorten my "recovery"zones" just a tad... pick a cool, cloudy morning...

You see, that's the thing with drug addiction: Instead of enjoying the "high," you start plotting the next "fix."

It could be worse. I could be battling cocaine or heroin addiction.

Hello. My name is Mark Johnson and I'm an addict...and my "Life is Good." 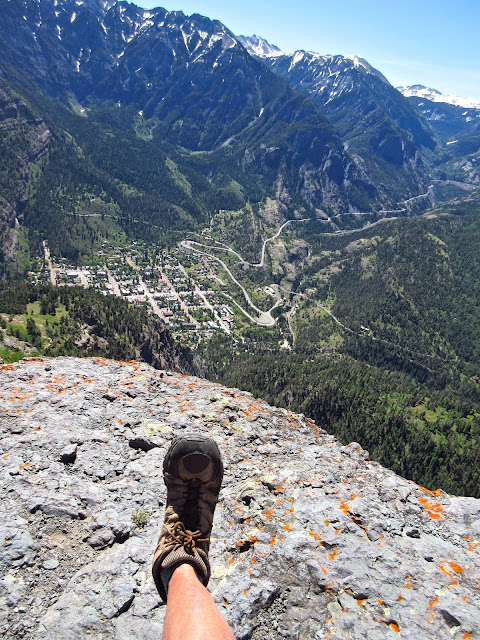 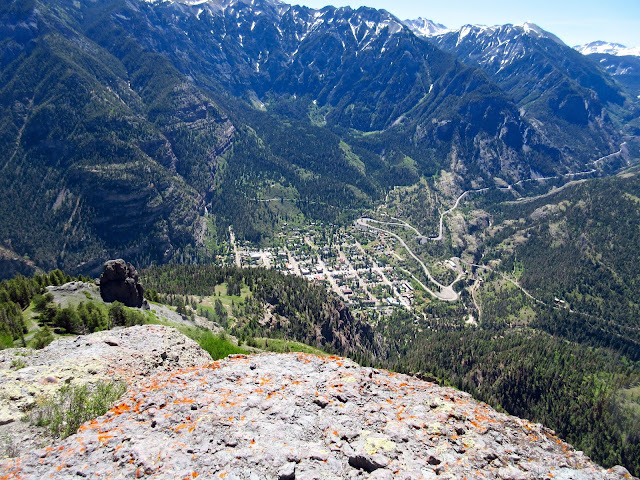 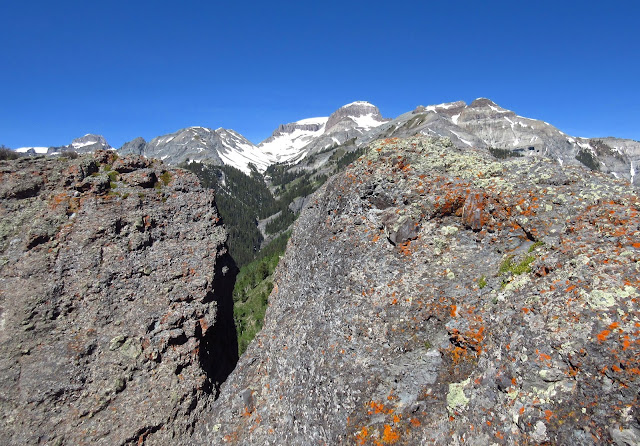 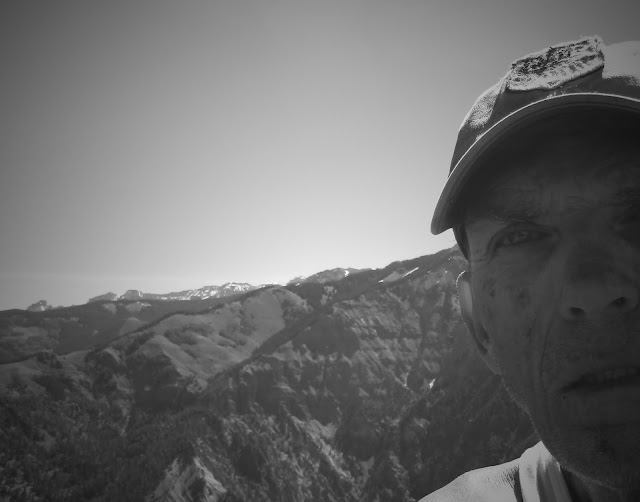