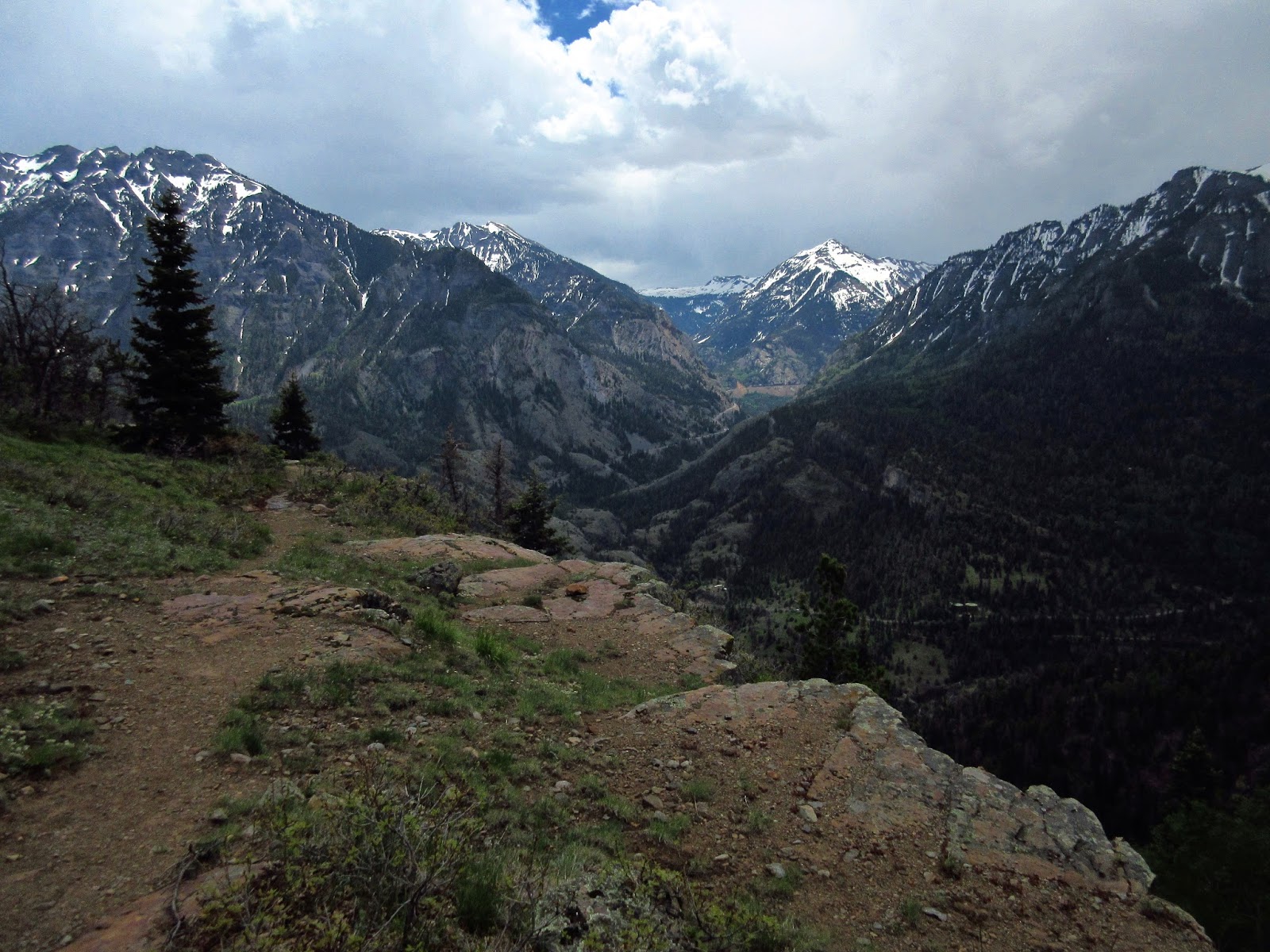 It has been an exhausting, thus grand week, having notched three colossal hike-ascents on our "climbing belts." Number two was a summit on Lovely Ouray's sentinel, Twin Peaks. It's a hike to my liking, a grinding workout with a thrilling payoff, and no logistics beyond checking the forecast. Simply walk out the front door and trek.


With "weather guessers" predicting only a 10% chance for rain/thunderstorms, we assumed we had a "green light." Never assume, right? Not a hundred yards from the house, it begins to sprinkle. Ok, that's cool. It was a little too stuffy and hot anyway. Maybe a good thing, especially the cloud cover.

But the drops got bigger, and bigger... fell harder, and harder. By the time we reached Old Twin Peaks Trailhead we we're pulling rain gear out of our packs. I might have let a few obscenities slip. There was just this one black cloud, directly overhead, and it wasn't moving. I didn't want to go to all the effort of getting to the base of Twin Peaks (again), only to be denied a summit due to sketchy weather. Standing in the rain, we considered bagging the effort instead of the peak.

Of course, as soon as we put our rain gear on and start up the trail, rain lightens and fizzles...leaving us in baking in sun with no breeze, in sauna-like humidity. Off with the jackets. I think I sweated out a couple liters on the vertiginous stairs and switchbacks of Old Twin Peaks Trail. Be careful what you wish for; dear God let it rain. 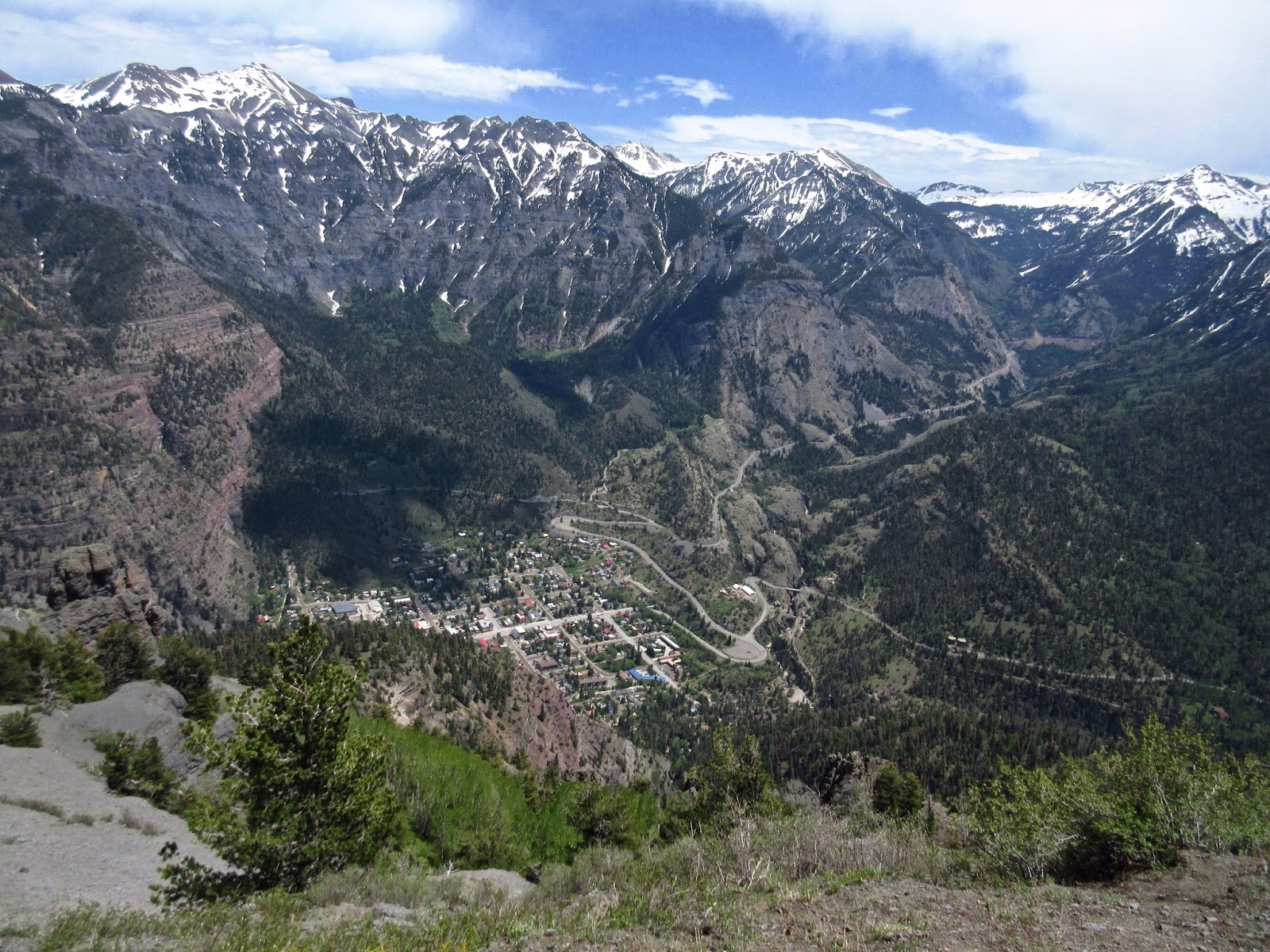 There was some leftover snow in the trail on the north-facing dark timber side of the mountain. I broke trail, leaving big footsteps for Bobbie to follow in. Finally, out of dark timber and onto a barren, windswept ridge line. Lovely Ouray is revealed, cuddled in the bosom of her Mountain Mama surround. The Million Dollar Highway snakes south, etched onto precipice ledges by hardy men with lots of dynamite, well over a hundred years ago. 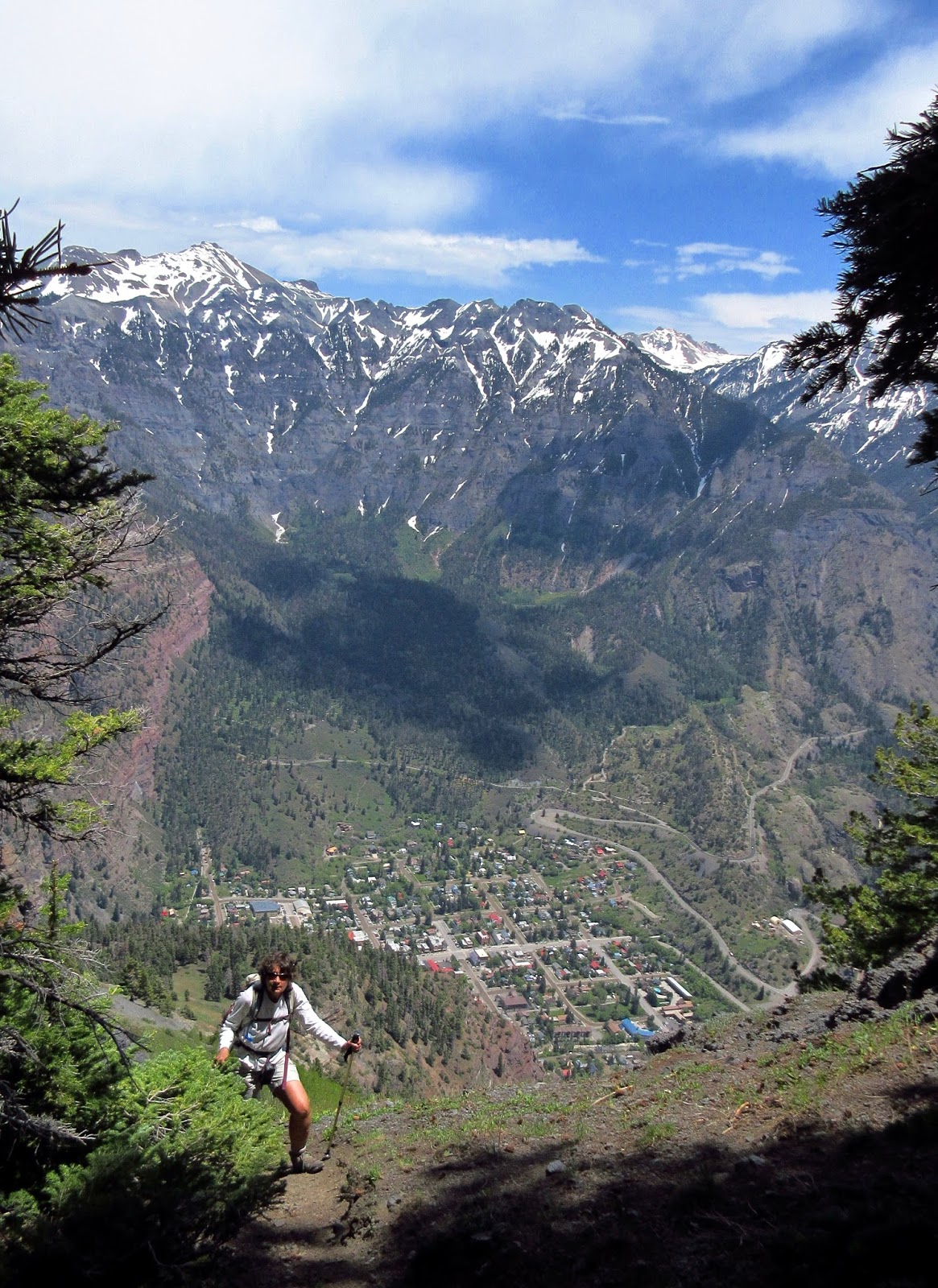 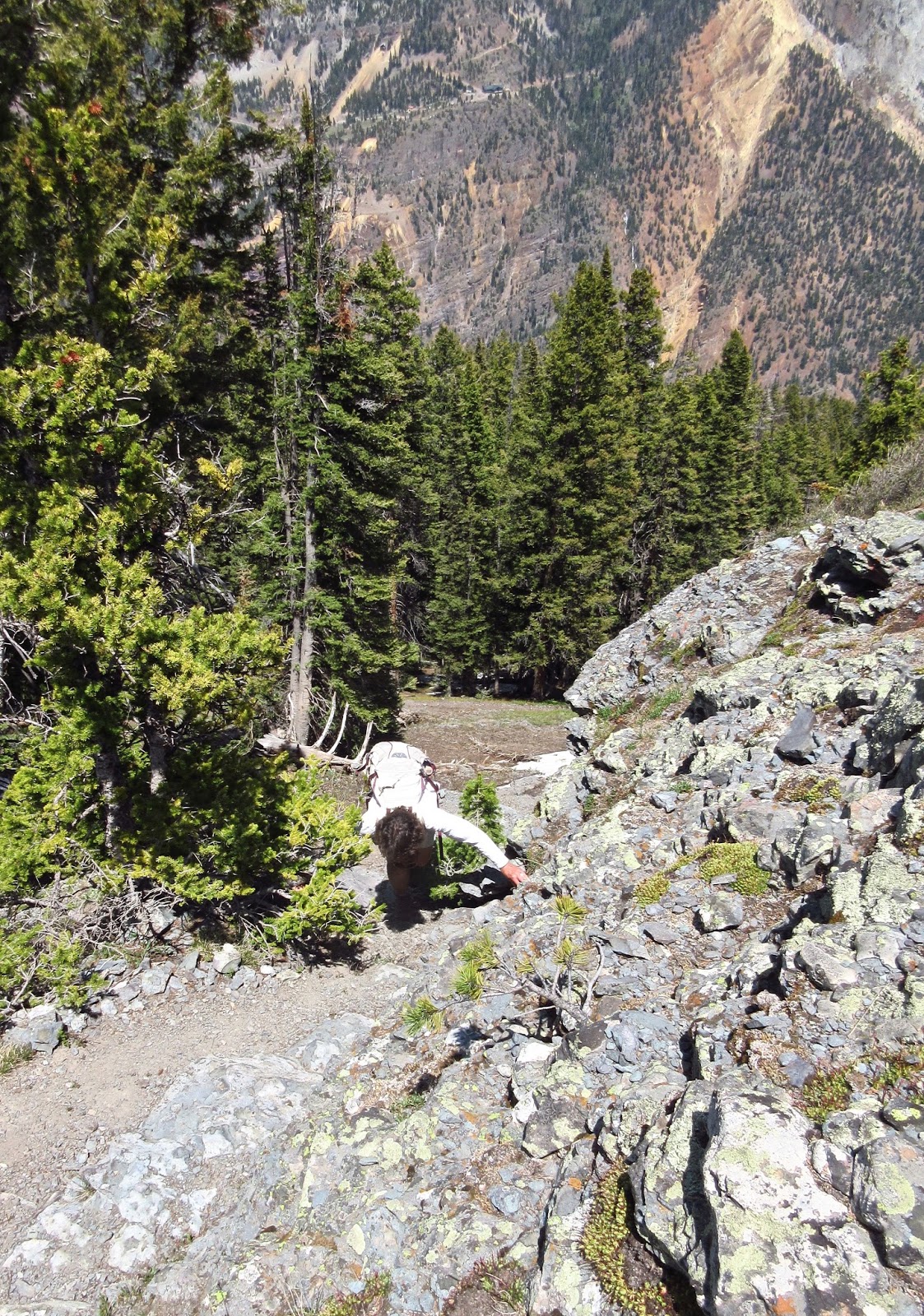 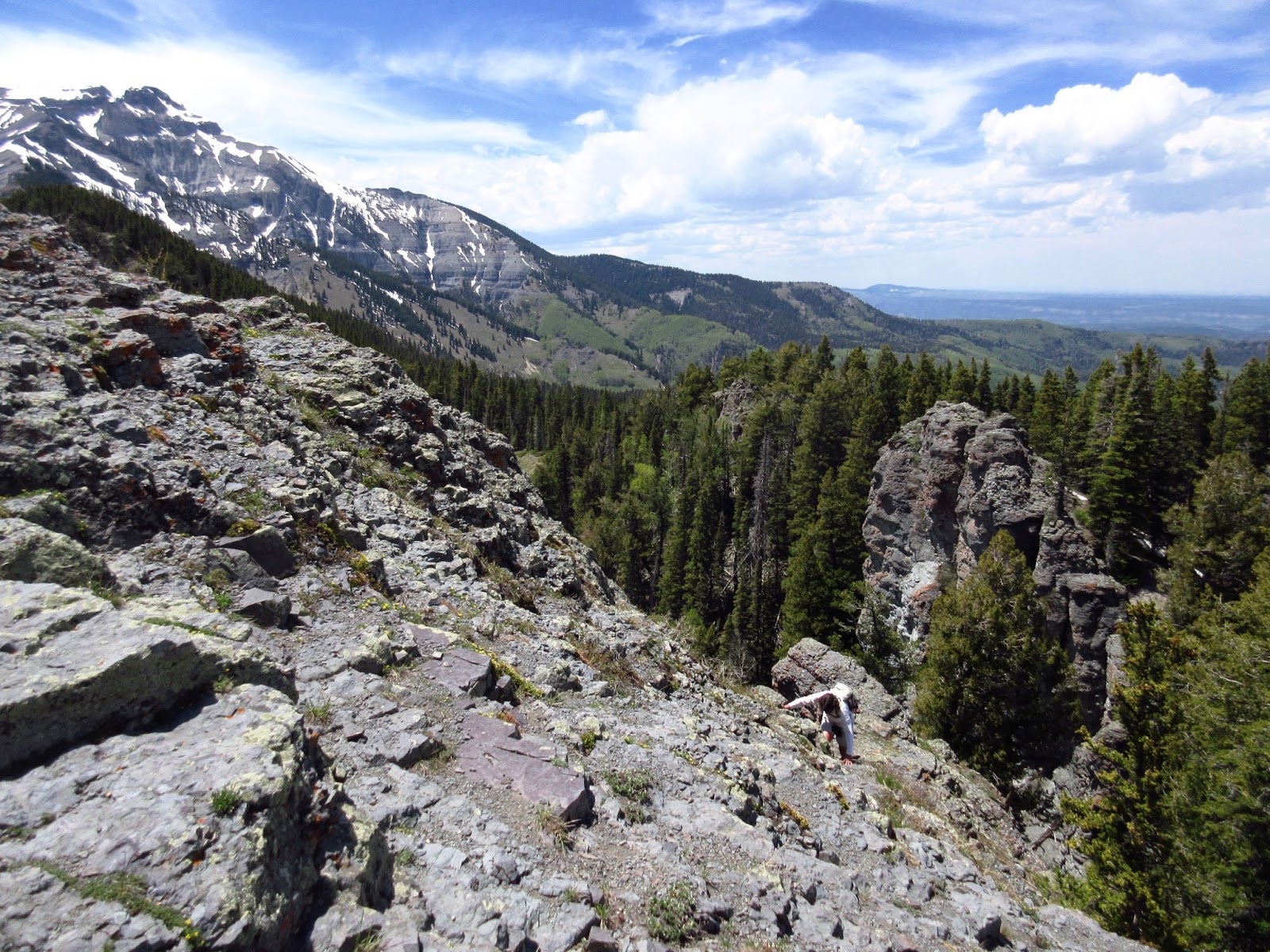 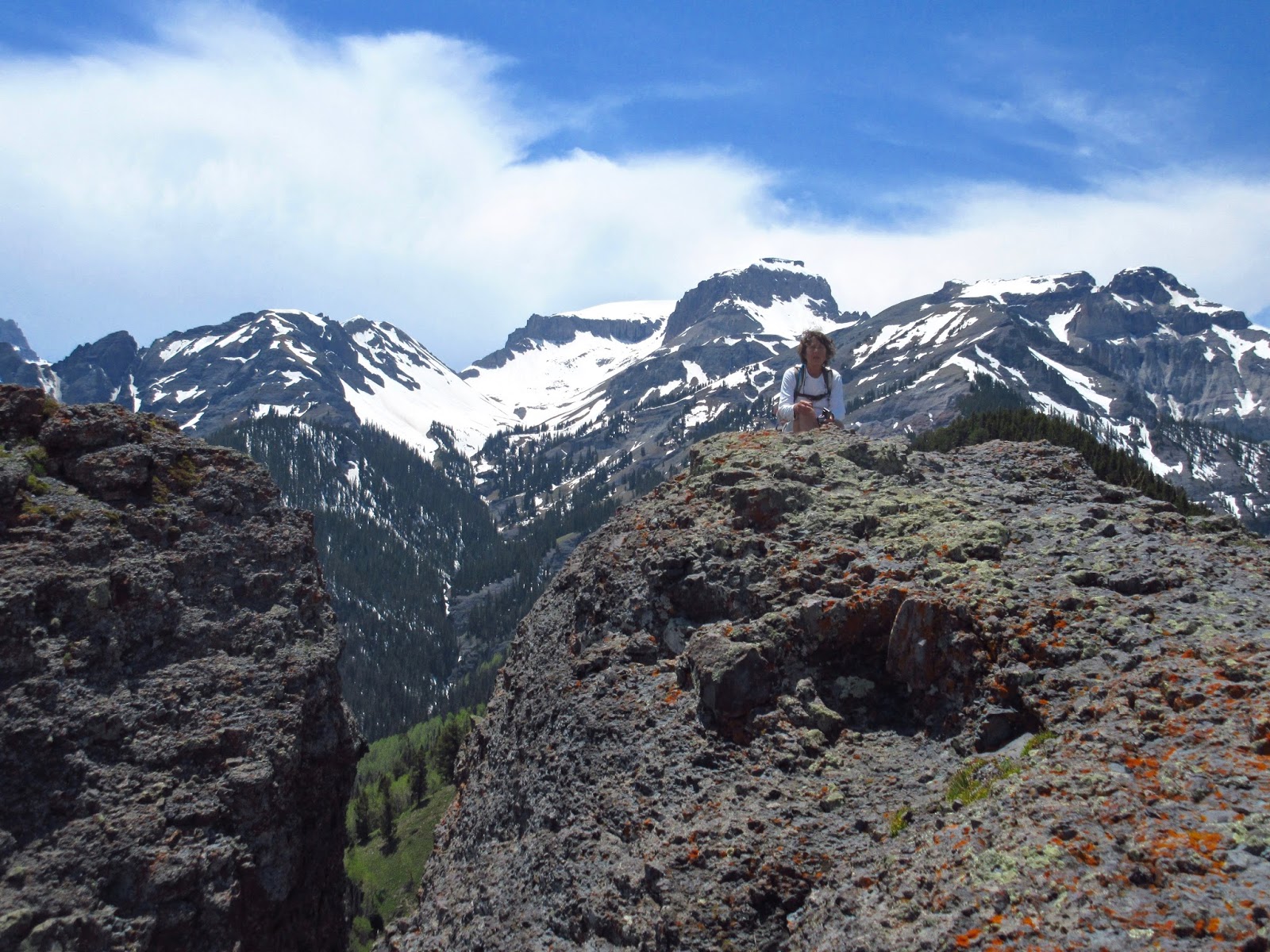 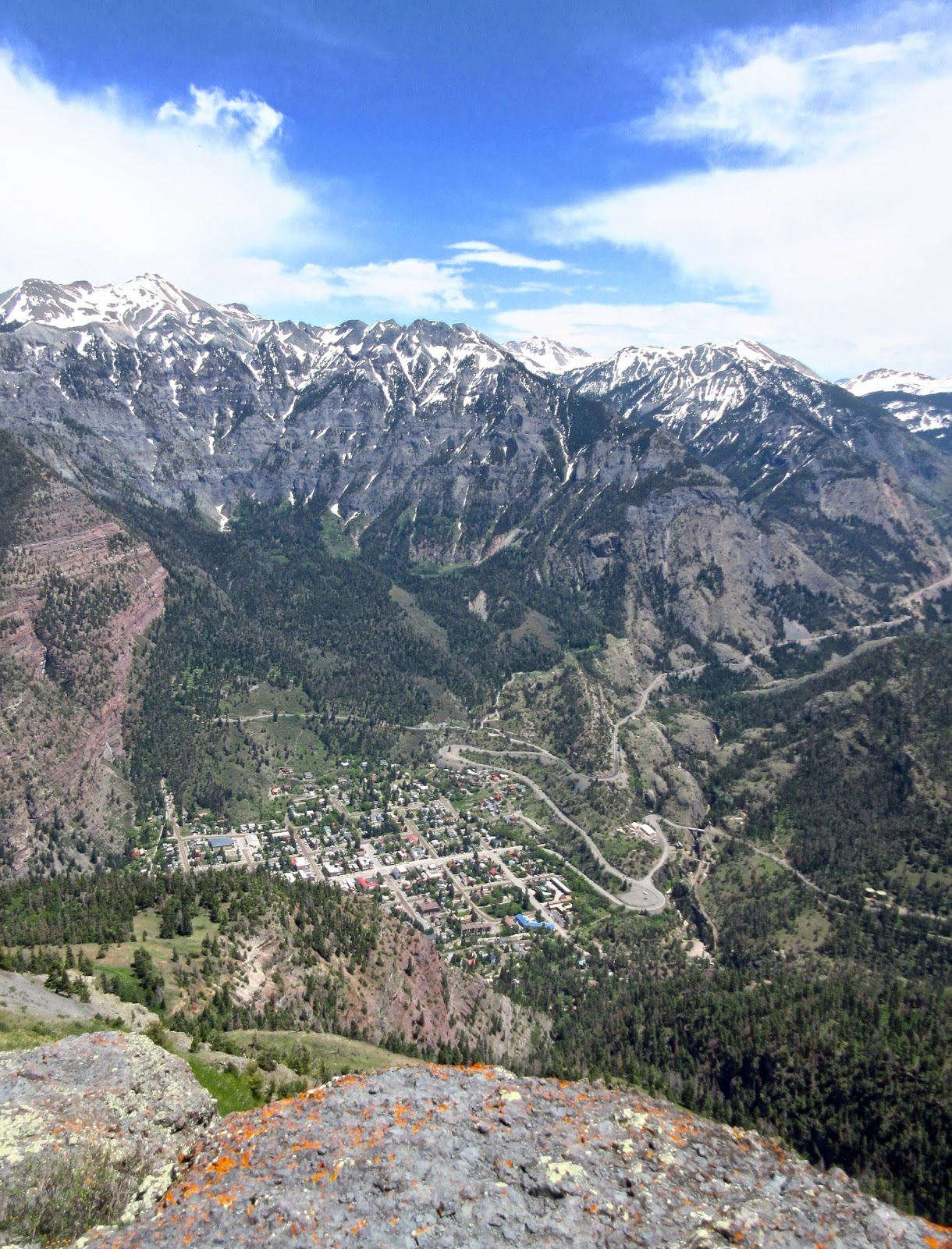 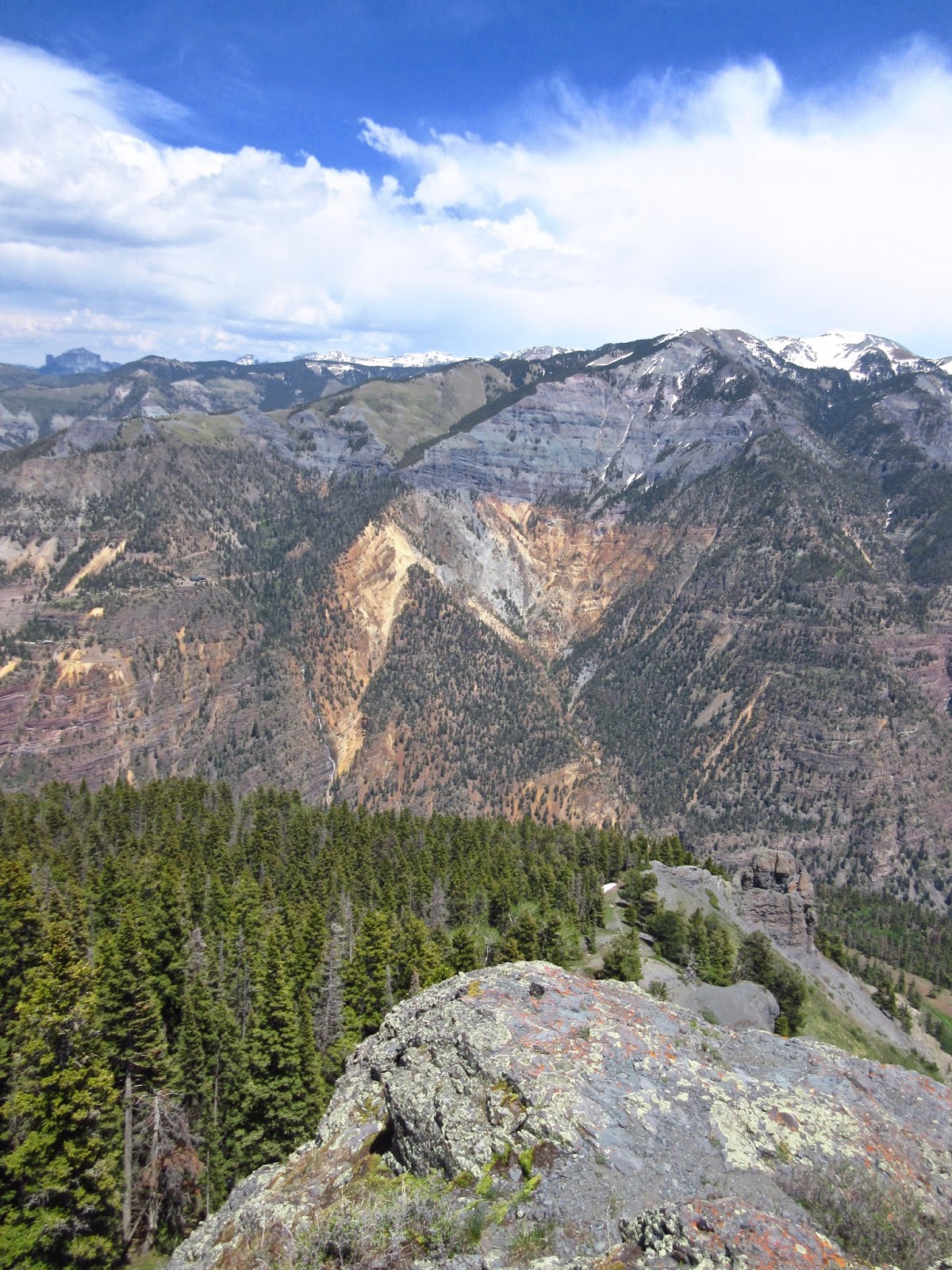 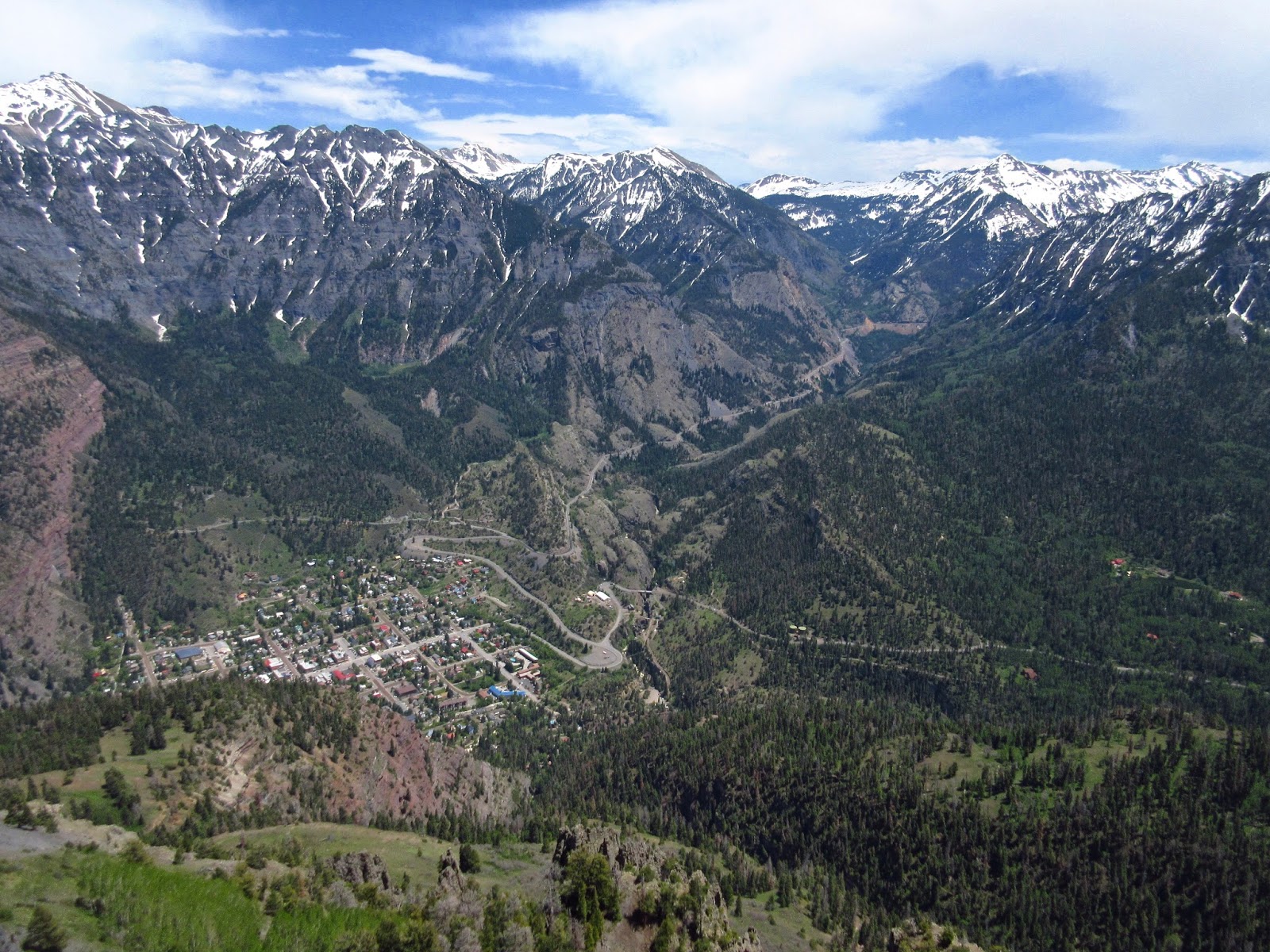 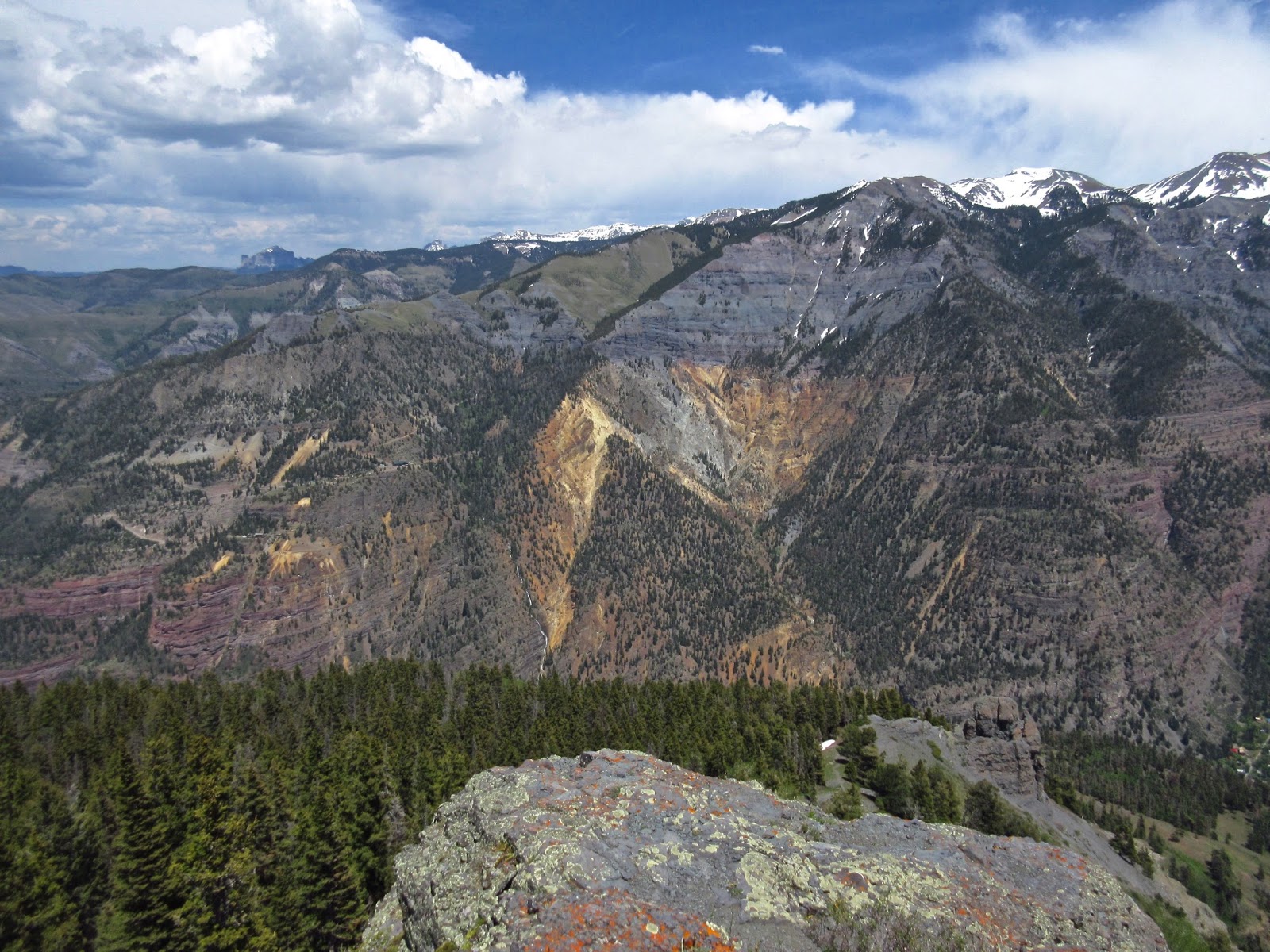 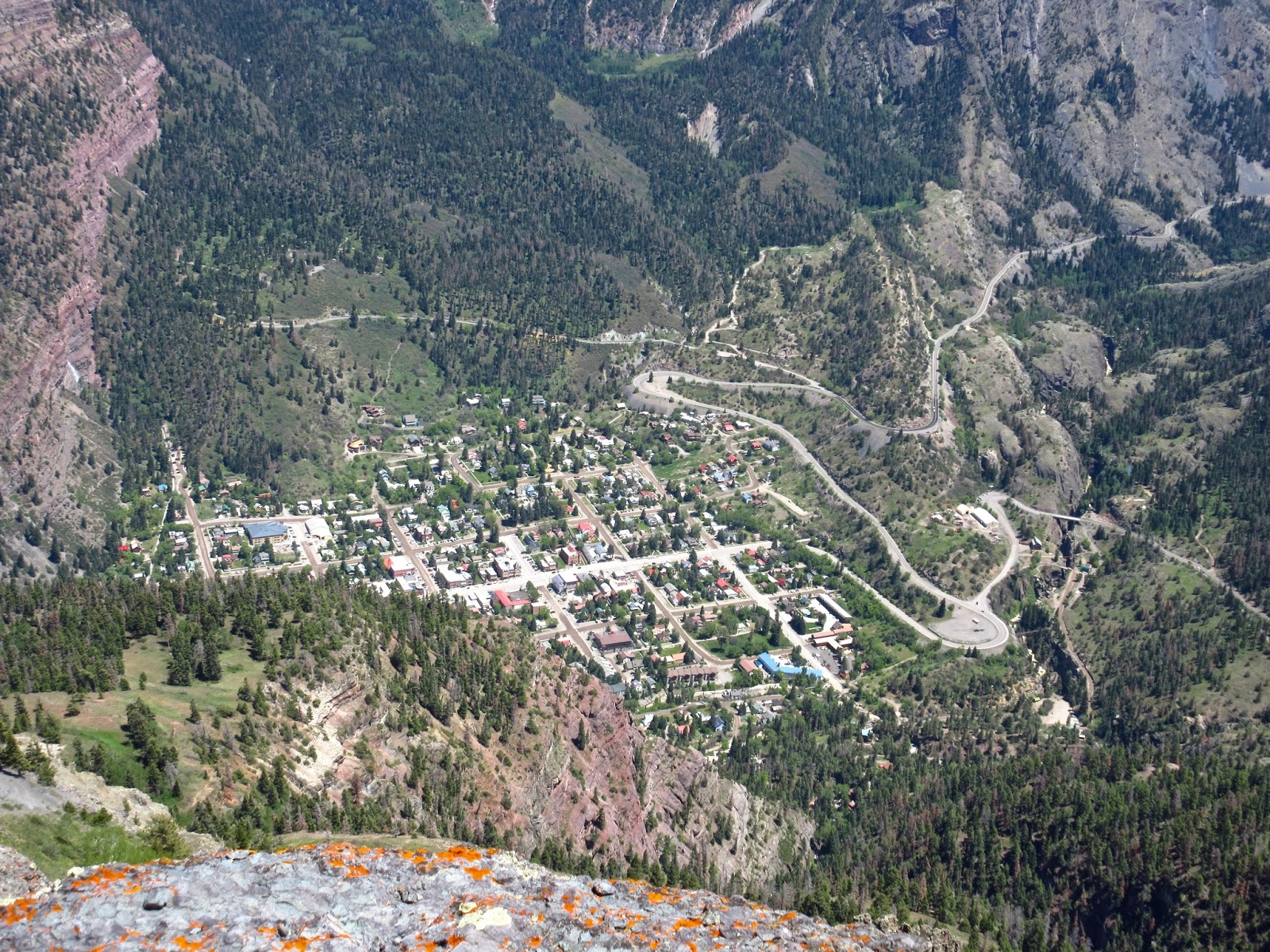 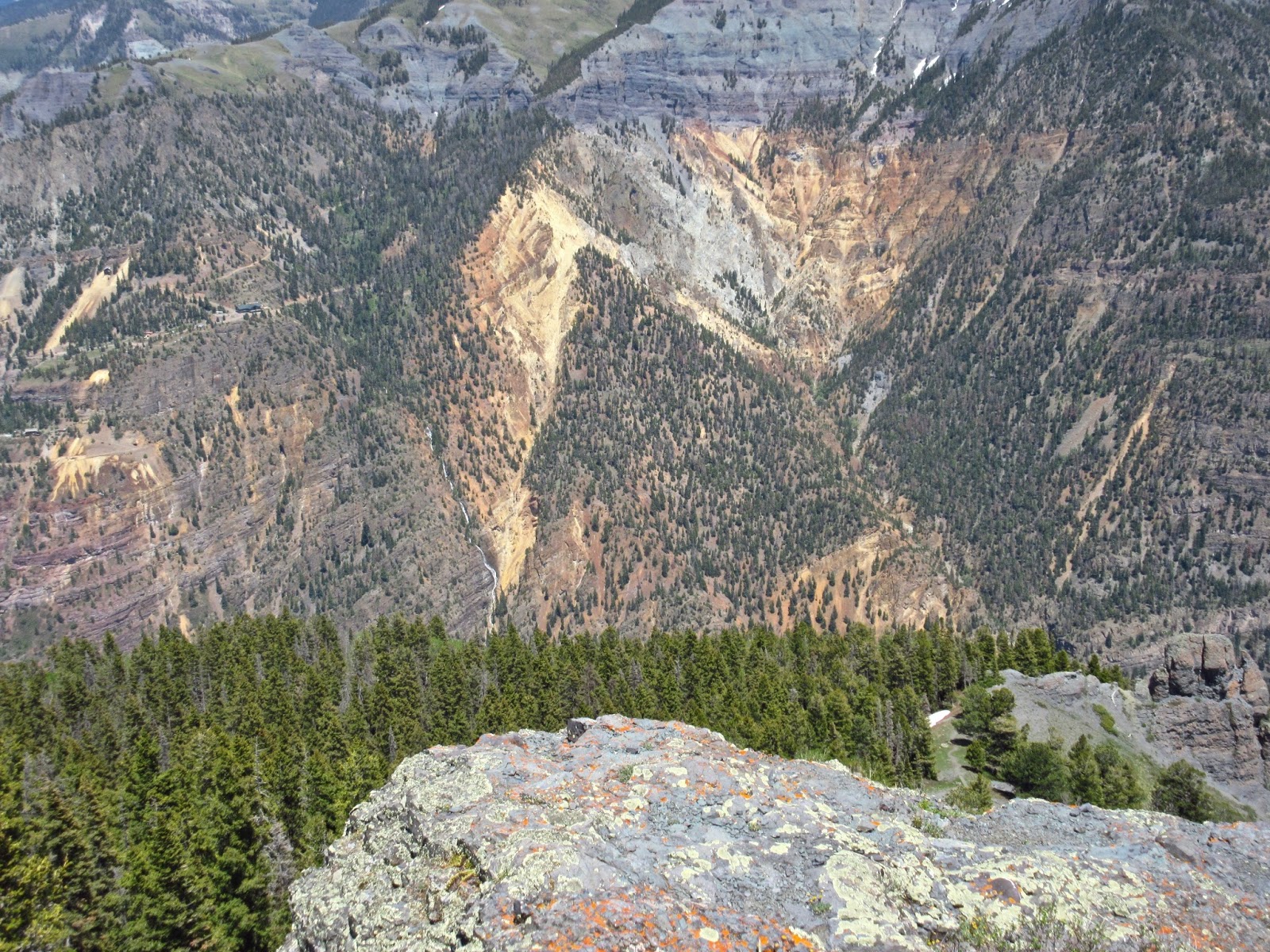 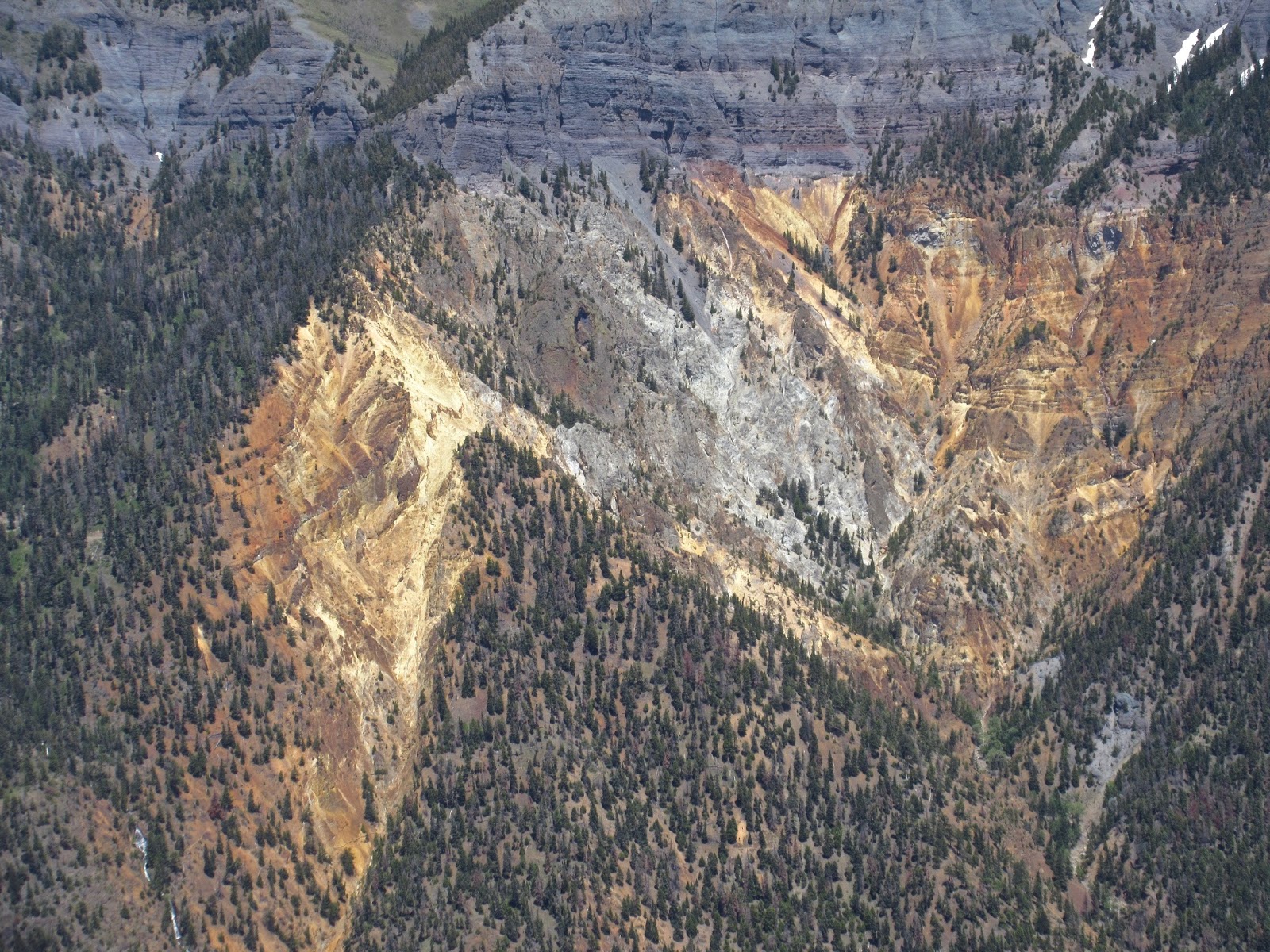 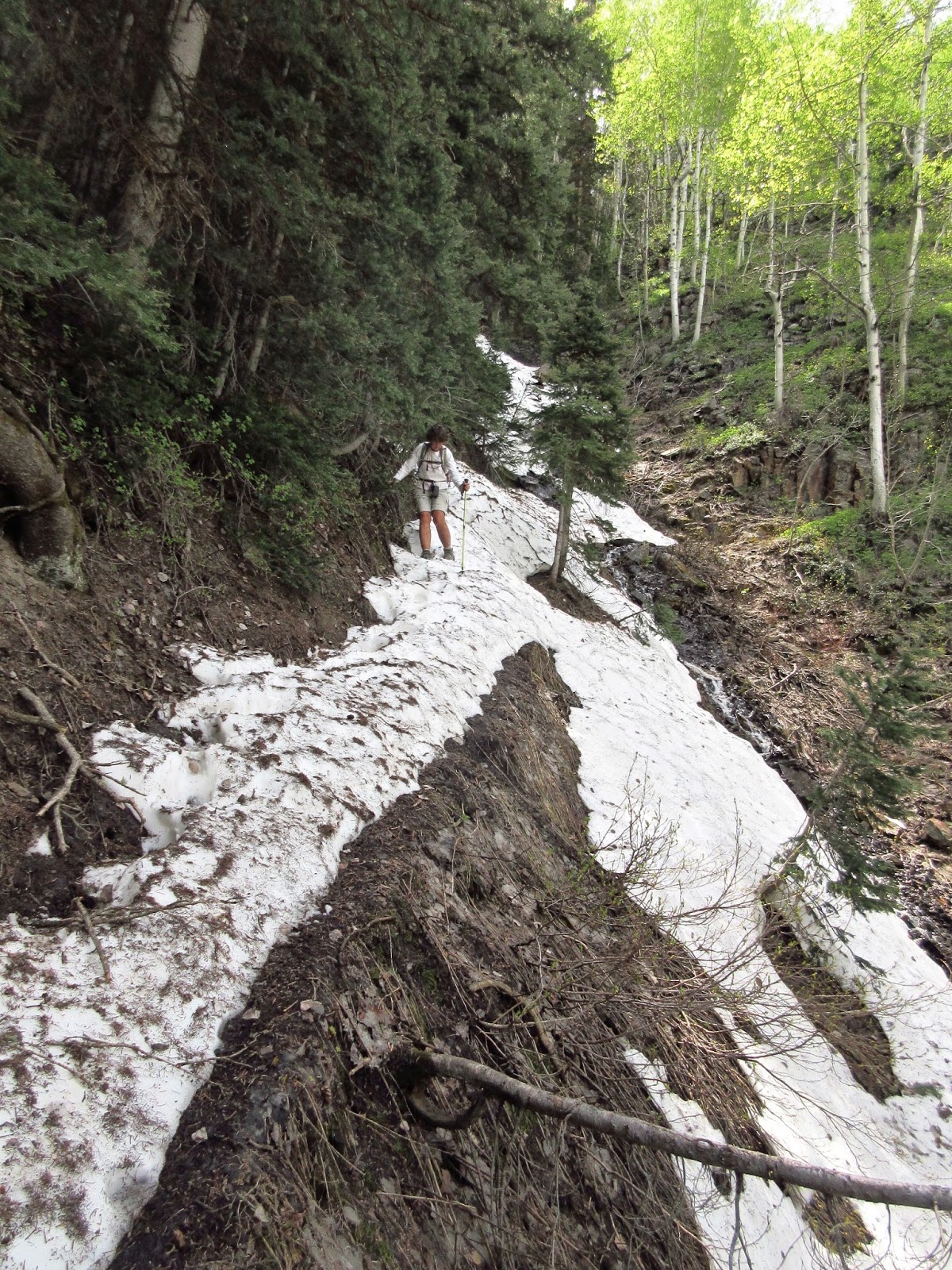 Snow in the trail on the north slope. Nice and easy here... 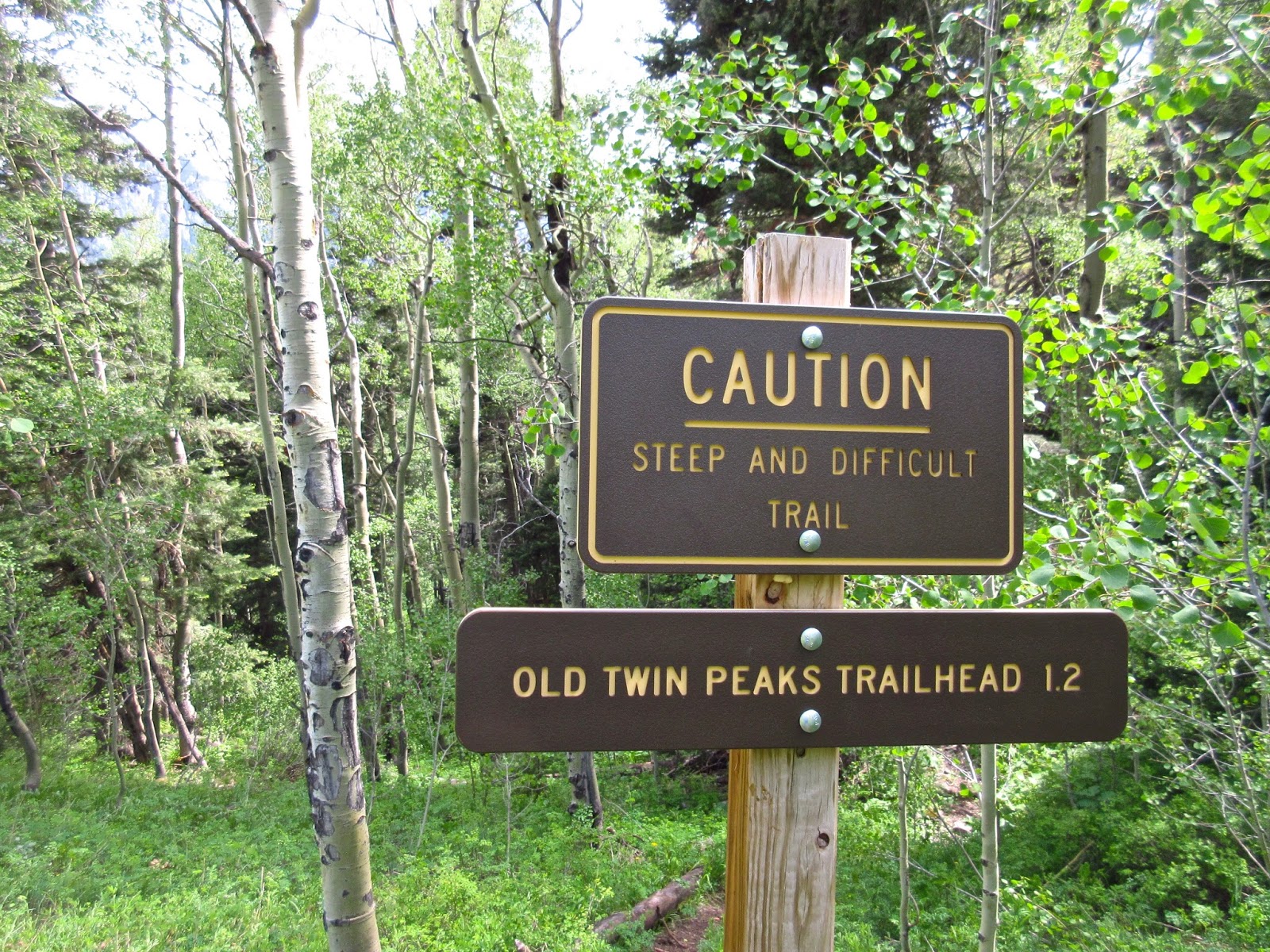 And few final shots taken by Bobbie, plus a spectacular panorama that's destined for a canvas-wrapped frame and one of our walls. 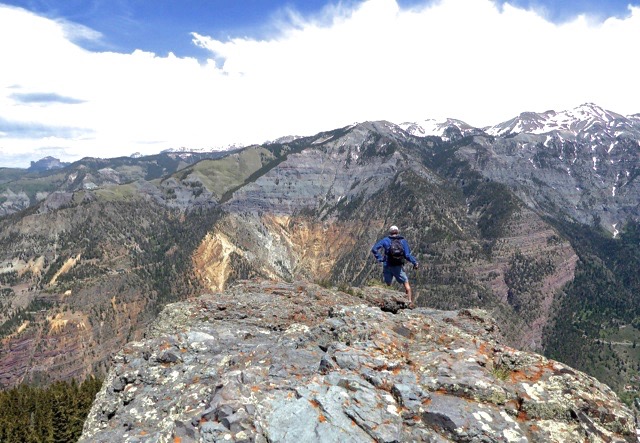 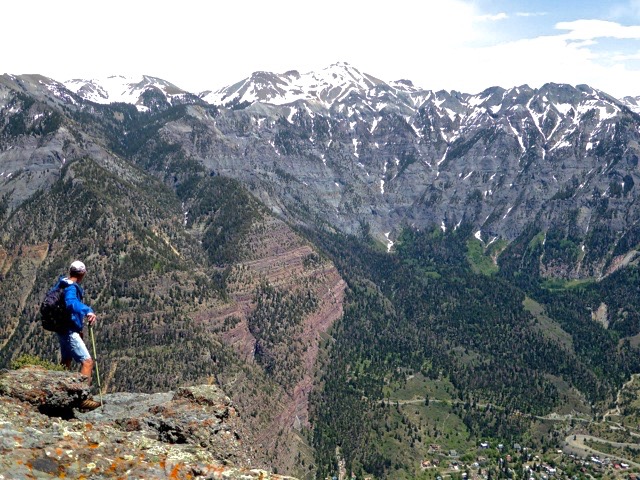 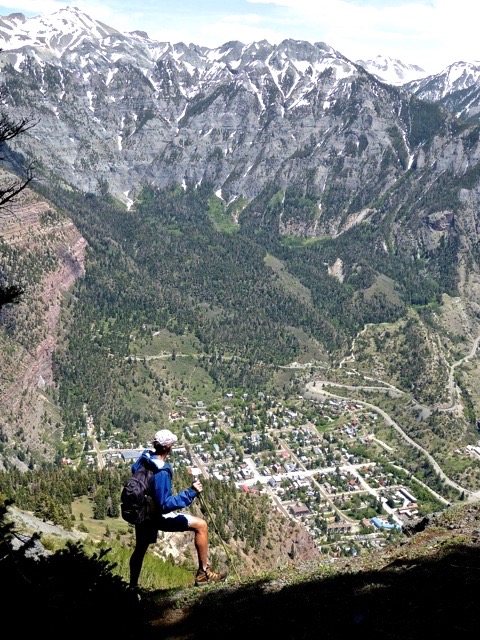 Posted by Box Canyon Blog.com at 9:25 AM