Another Ride on The Red Dragon 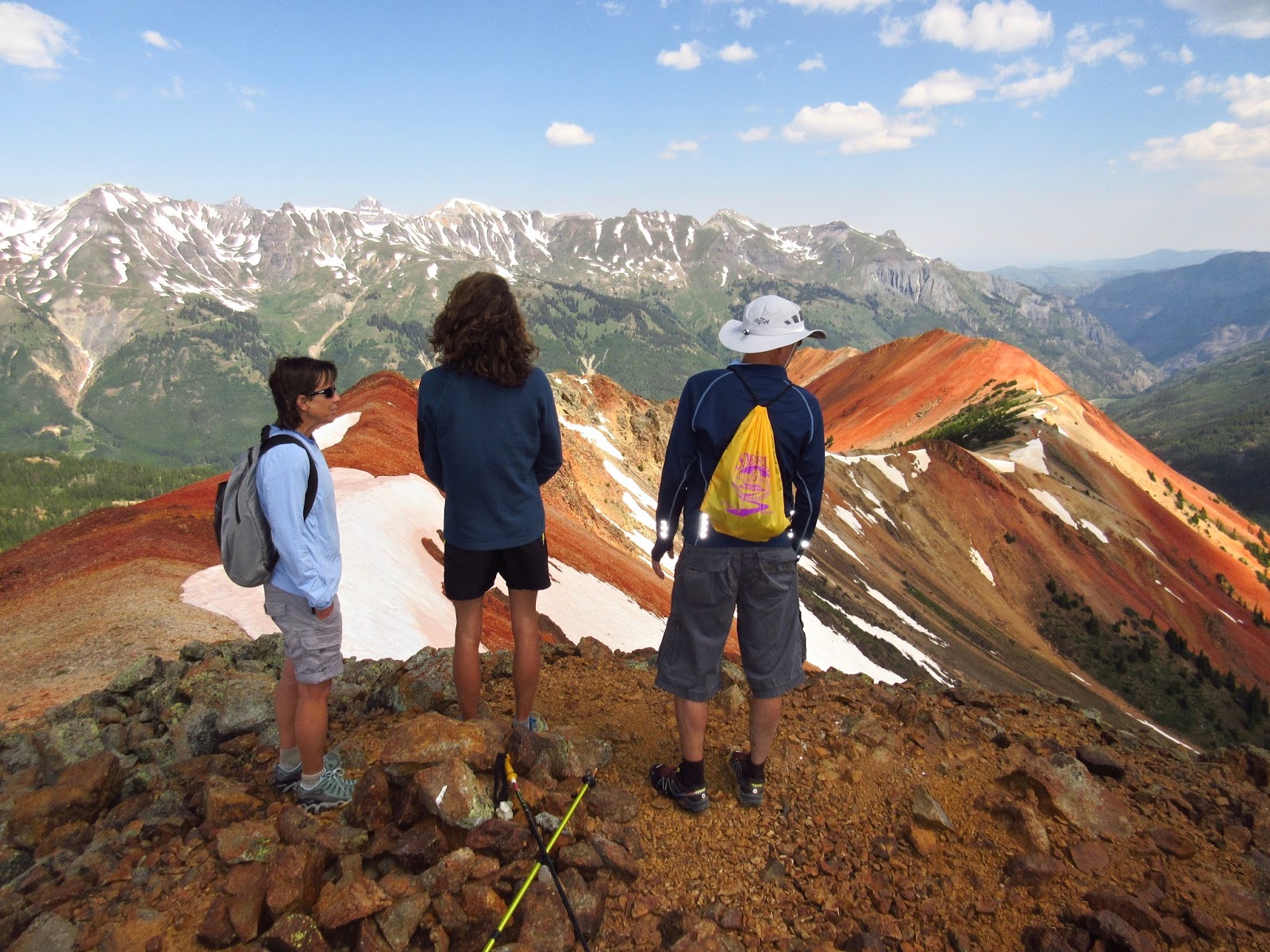 "I needed to escape from normality. To leave the din of my life, leave...thoughts and troubles behind. The only thing that always seemed to be simple was this piece of rock." Andy Kirkpatrick, Psycho Vertical

"Normality." Oh how I loathe the word, with it's "Bell Curve" bulge that represents all things mean, median, mode...mediocre. I know of a bleeding mountain that escapes "normality," defies reality, and stands apart from mediocre. Unlike Twin Peaks, it is not the challenge of summiting Red #1, so much as it is the astonishing nuclear view from its summit. It's redder than a Siberian Commie prison warden, and just as lonely.

Not unlike Moses to the Israelites, I'm oft guilty of baiting hiker friends with flamboyant prose—attempts to goad them into joining us on some death-march outing to "Promise Lands." Rosy "poems" must minimize the "cons" of such hikes... the diabolical details of distance and elevation gain that results in swollen knees and blackened toenails.

Running low on friends, I targeted our part-time neighbors, the Andersons, "flat-landers" from "Sea Level," Kentucky.


In my defense, the Anderson family is made up of fitness freaks with single-digit body fat percentages. See what I mean? 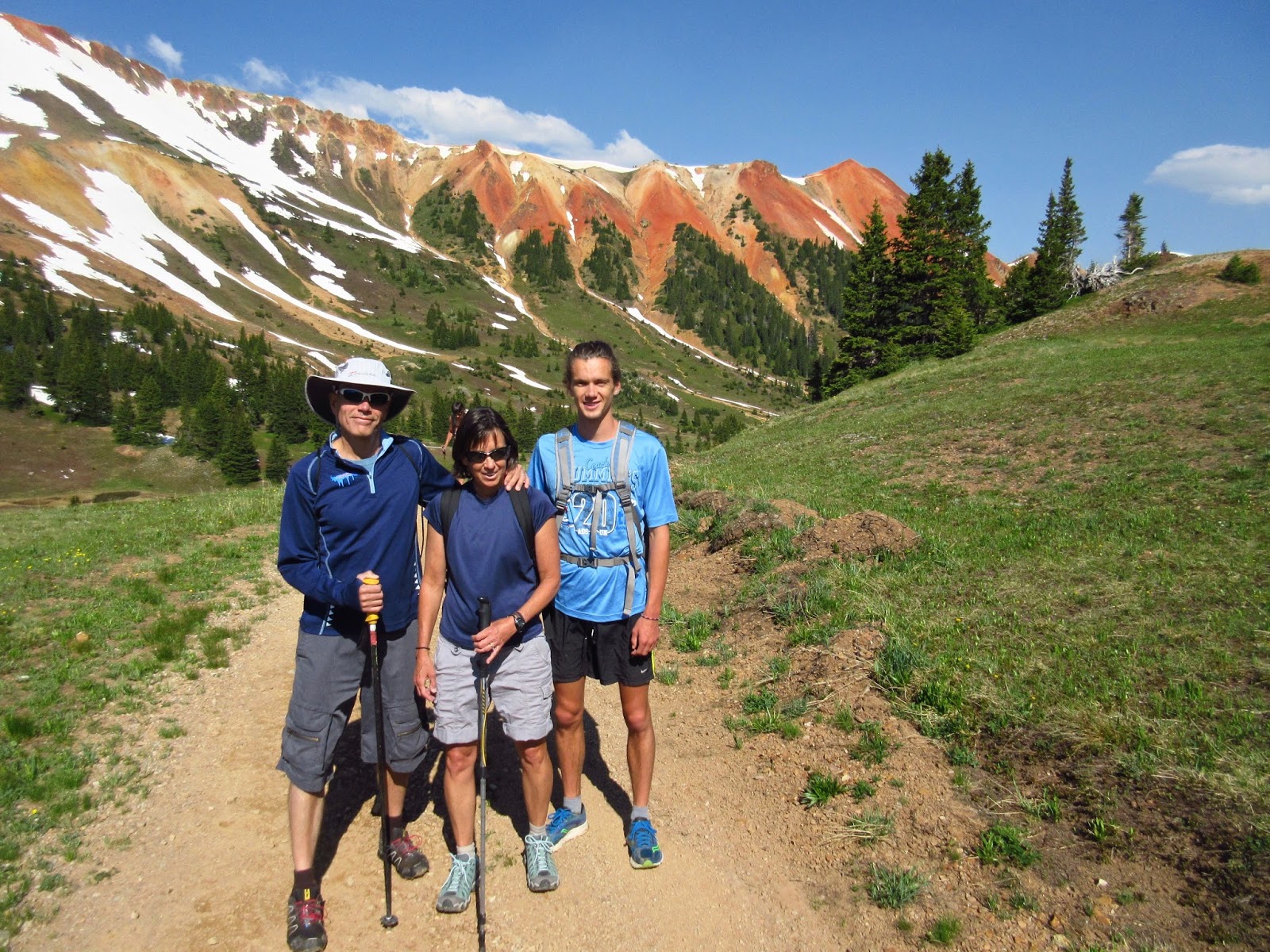 We motored up Ironton on the Million Dollar Highway (to Heaven), crossed a high-running creek, and parked at the trailhead to Gray-Copper Gulch. It's initially a smothering, boring, dark-timber trek through a dense can't-see-the-forest-for-the-trees forest (ugh). Austin, the youngest and fittest among us, has yet to draw a deep breath, and takes the lead. Mom, Donna, falls in behind him. They converse back and forth like they're strolling a beach in Florida.

Suddenly, I heard a clapping sound up ahead. It seems Donna and Austin had come face to face with a big bear coming down the trail right at them. Unfortunately, the clapping worked and the bear hightailed it back up the trial, so I didn't get a photo.

In a couple miles Gray-Copper redeems itself by breaking out above timberline. Finally, we can see something, the objective, among other things. Donna, gazing afar and taking in the full measure of Red Mountain's size and majesty, asks, "Is that where we're going?" Yes, way up there, to the high point; 12,500 feet.

We take a snack break on a mound, overlooking reflecting ponds befitting a monument the likes of Red Mountain 1. There is much snow above us, especially on the ridge line approach. Of course the Anderson's are all wearing running shoes. Oops; Looks like it'll be a chess match finding a dry route to the summit. 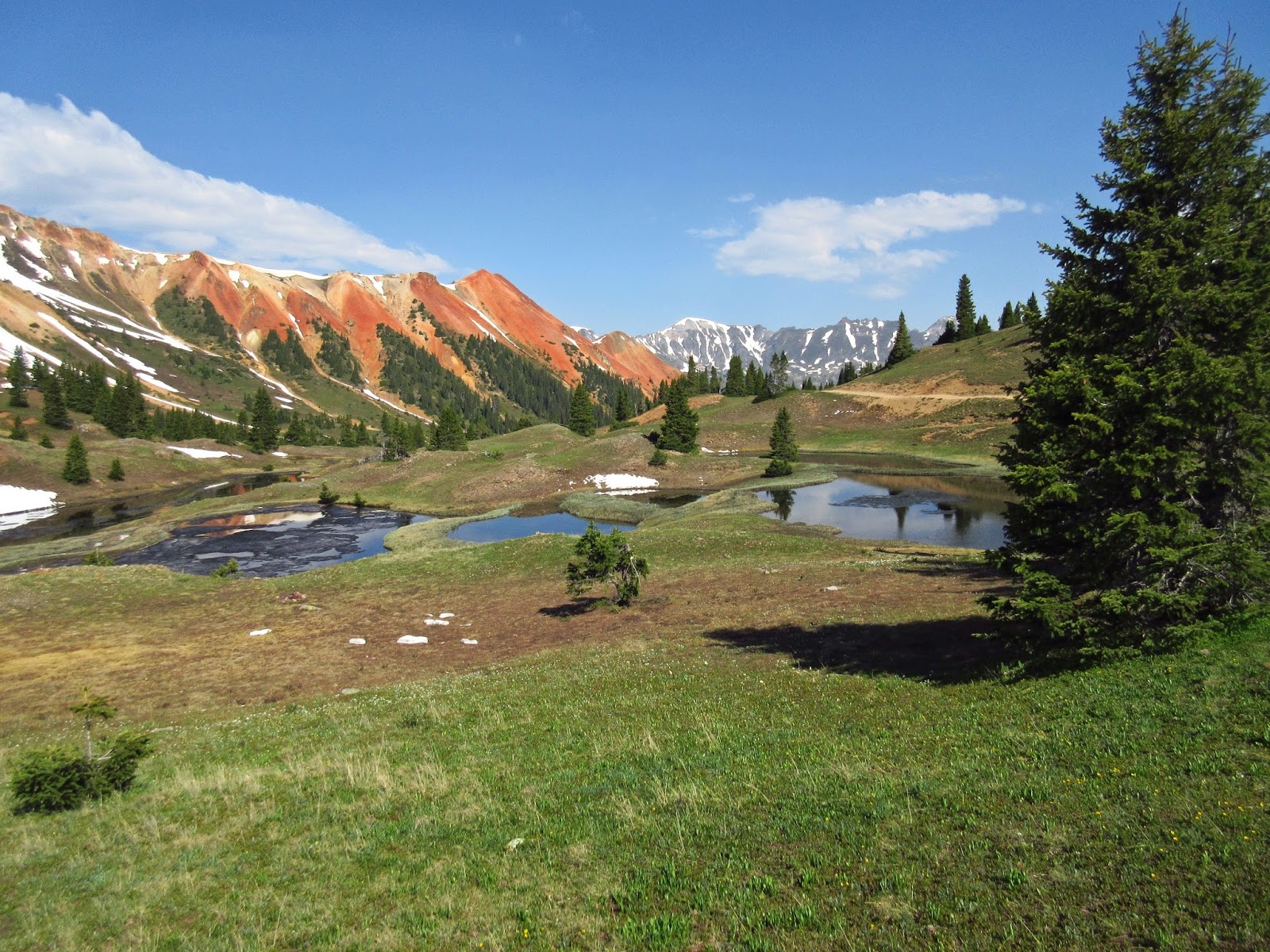 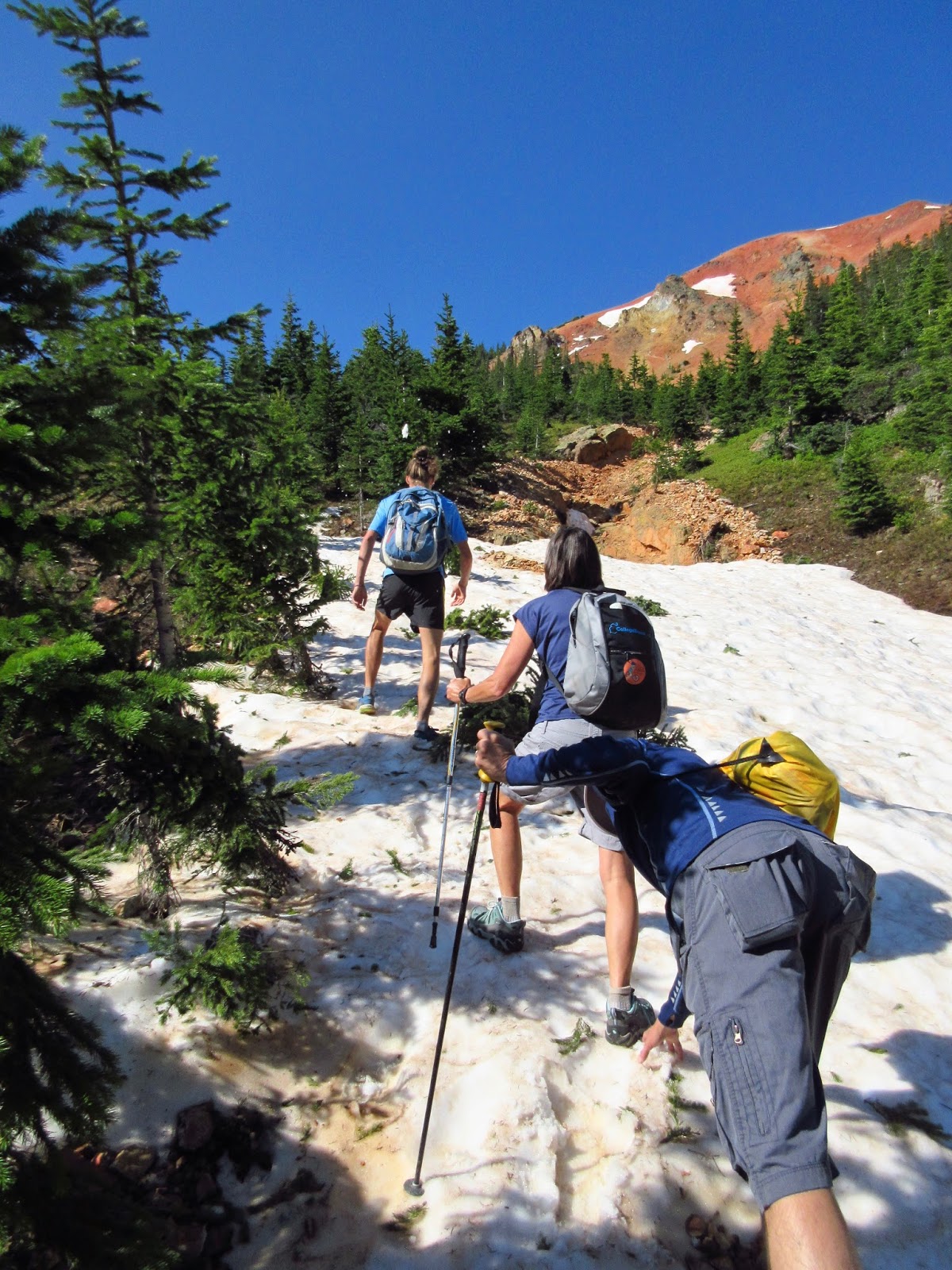 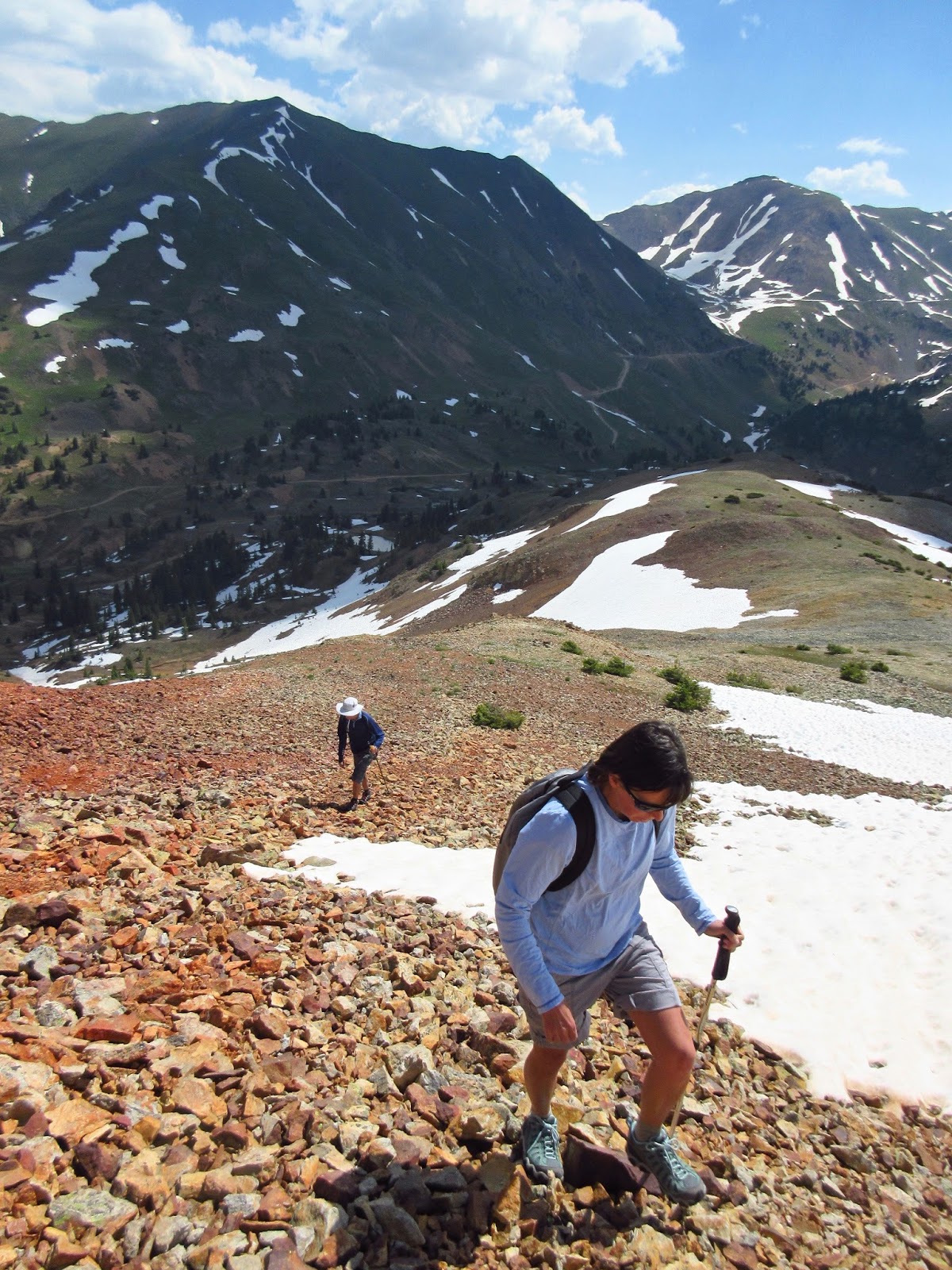 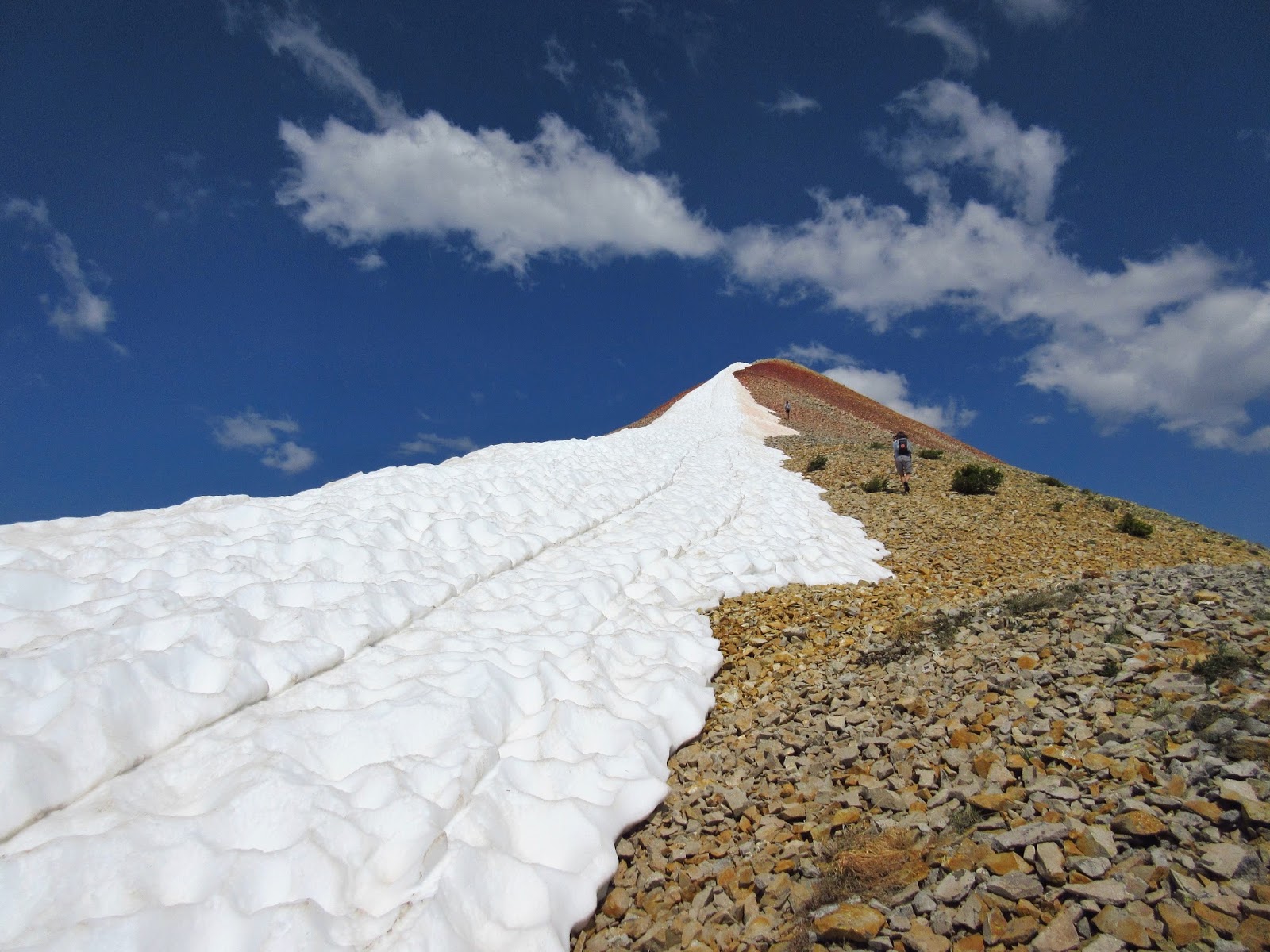 The hiker has a choice between a scree of loose rocks or wet feet using leftover snow on the ridge line. Austin and Donna choose rocks over wet feet. 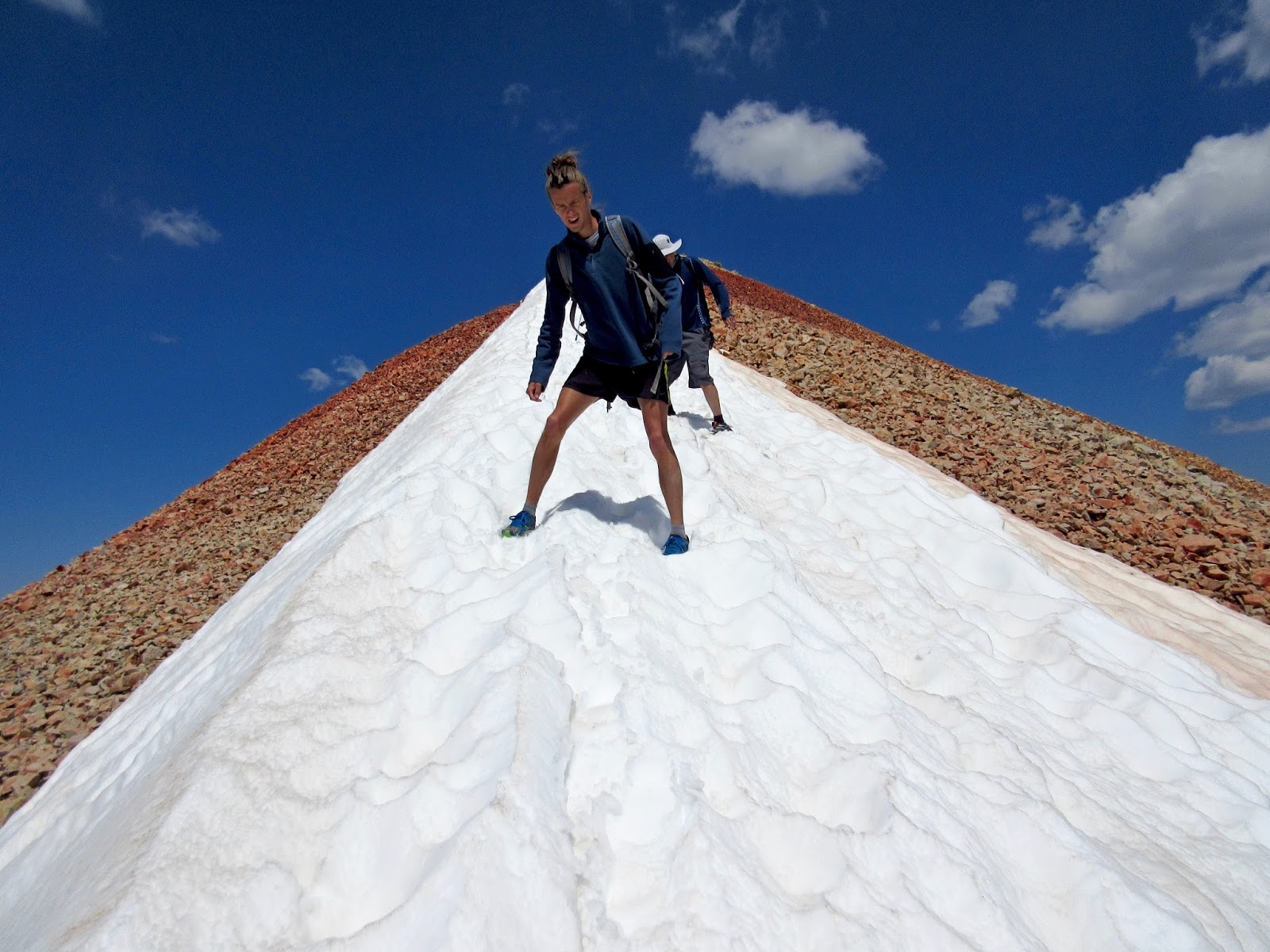 Dave and Donna graciously offered to treat us to a late lunch at the Buen Tempo. Over sweaty draws, we embellished the climb to epic proportions. Feeling pretty pooped, I told Austin that if I saw him going for his usual jog the next morning I was going to throw a rock at him...to which he replied, "Actually, I'm going for a run as soon as I get home."
Damn "Flat-lander," anyway, too young to know better. 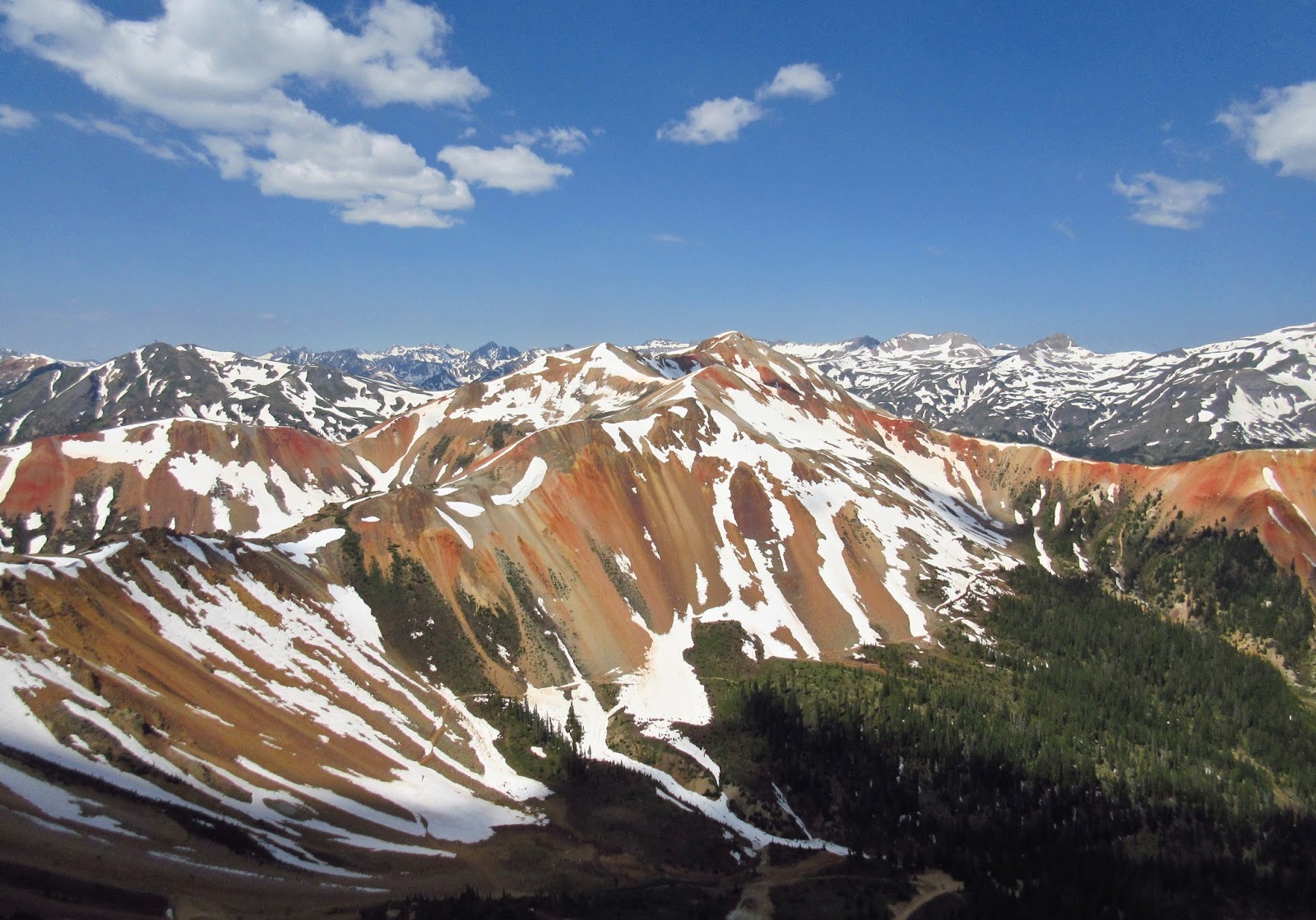 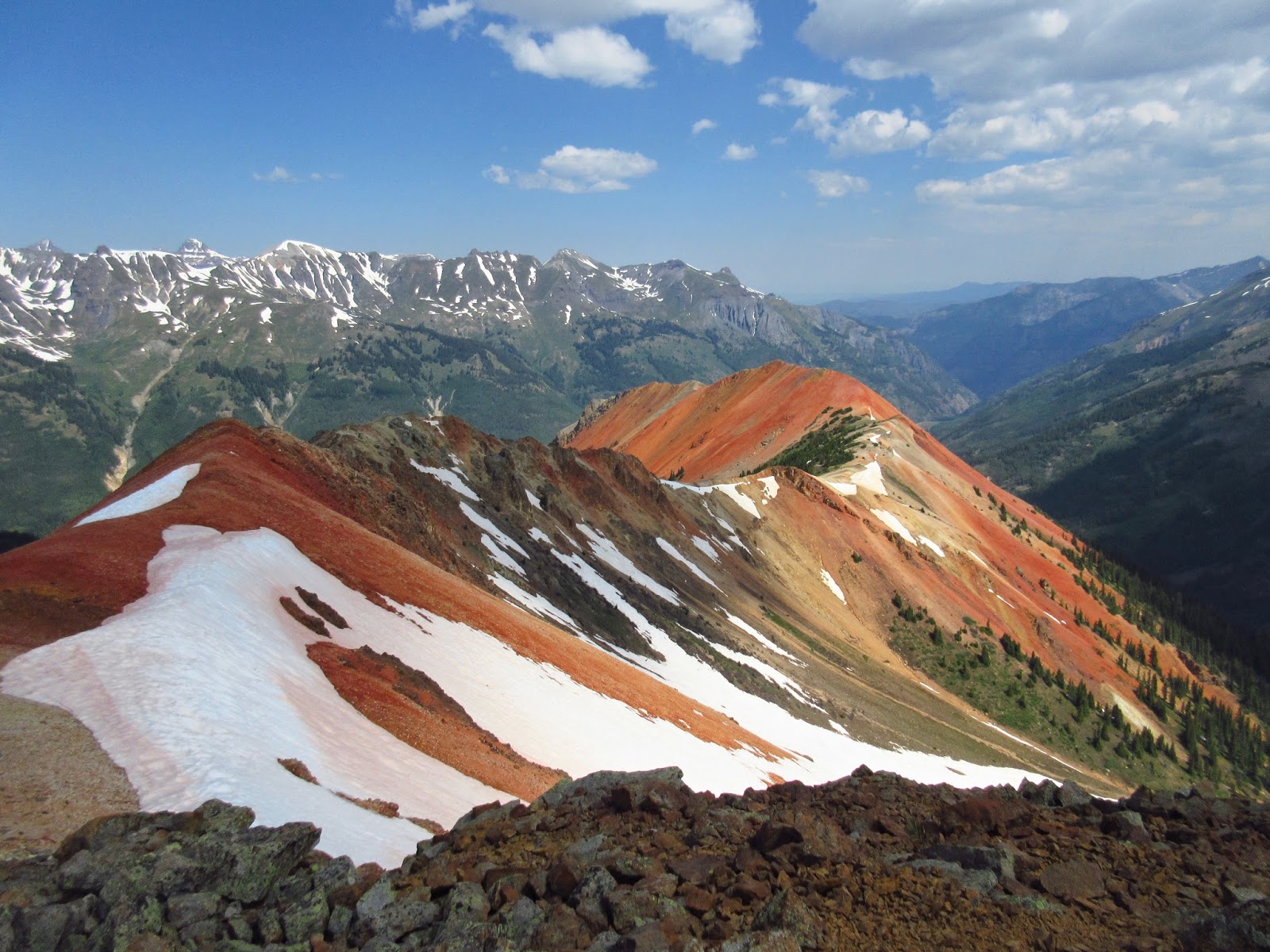 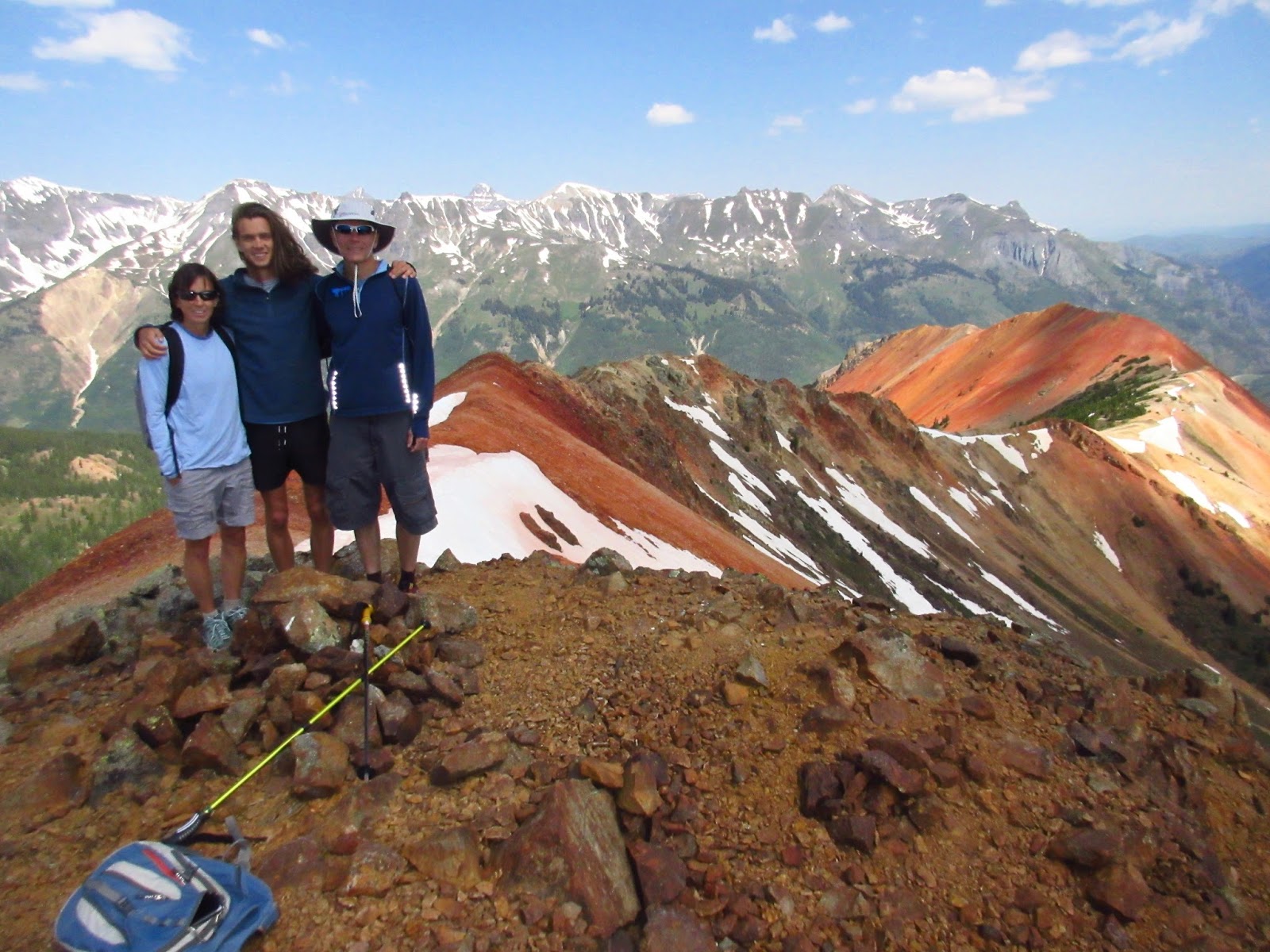 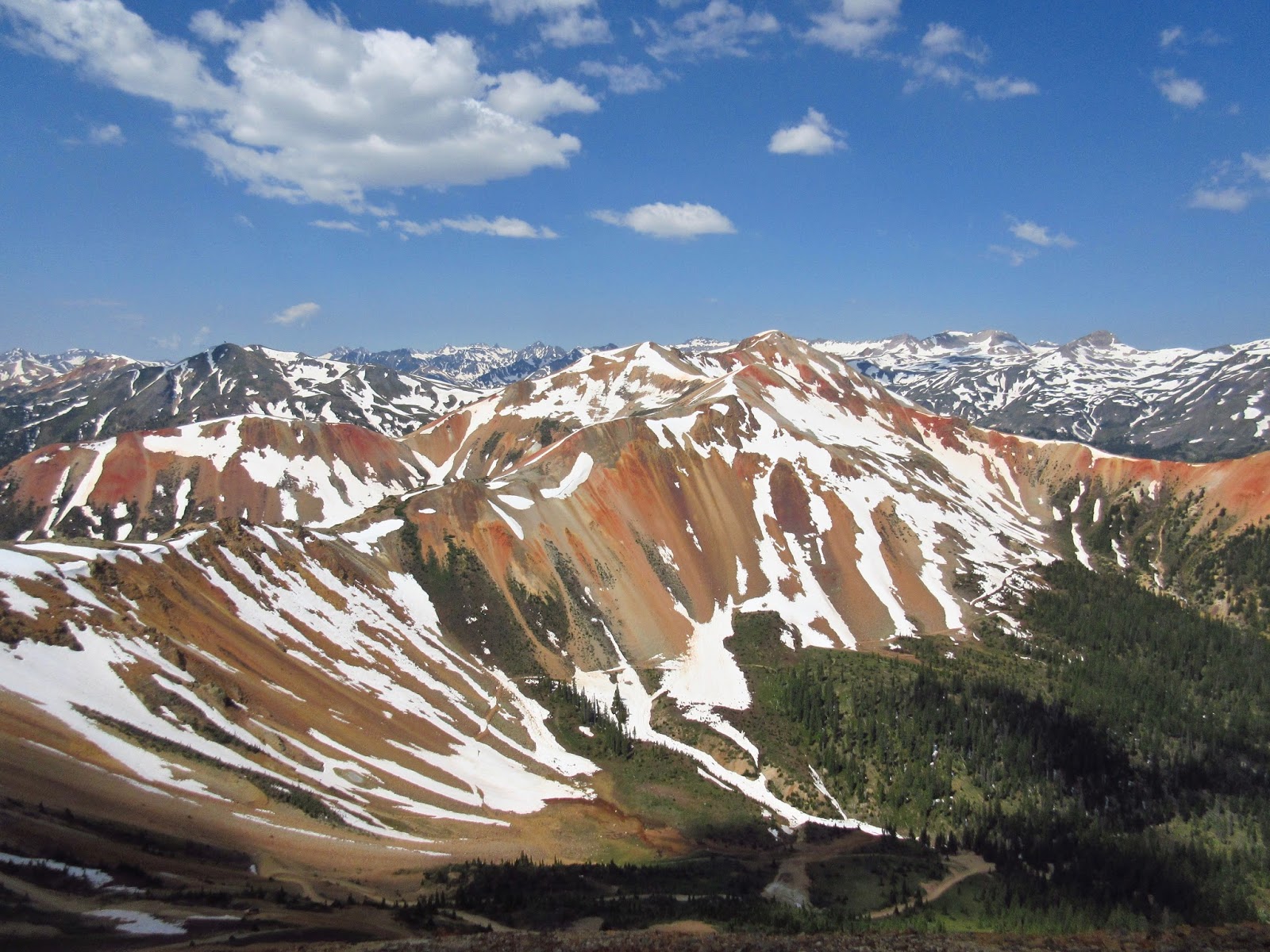 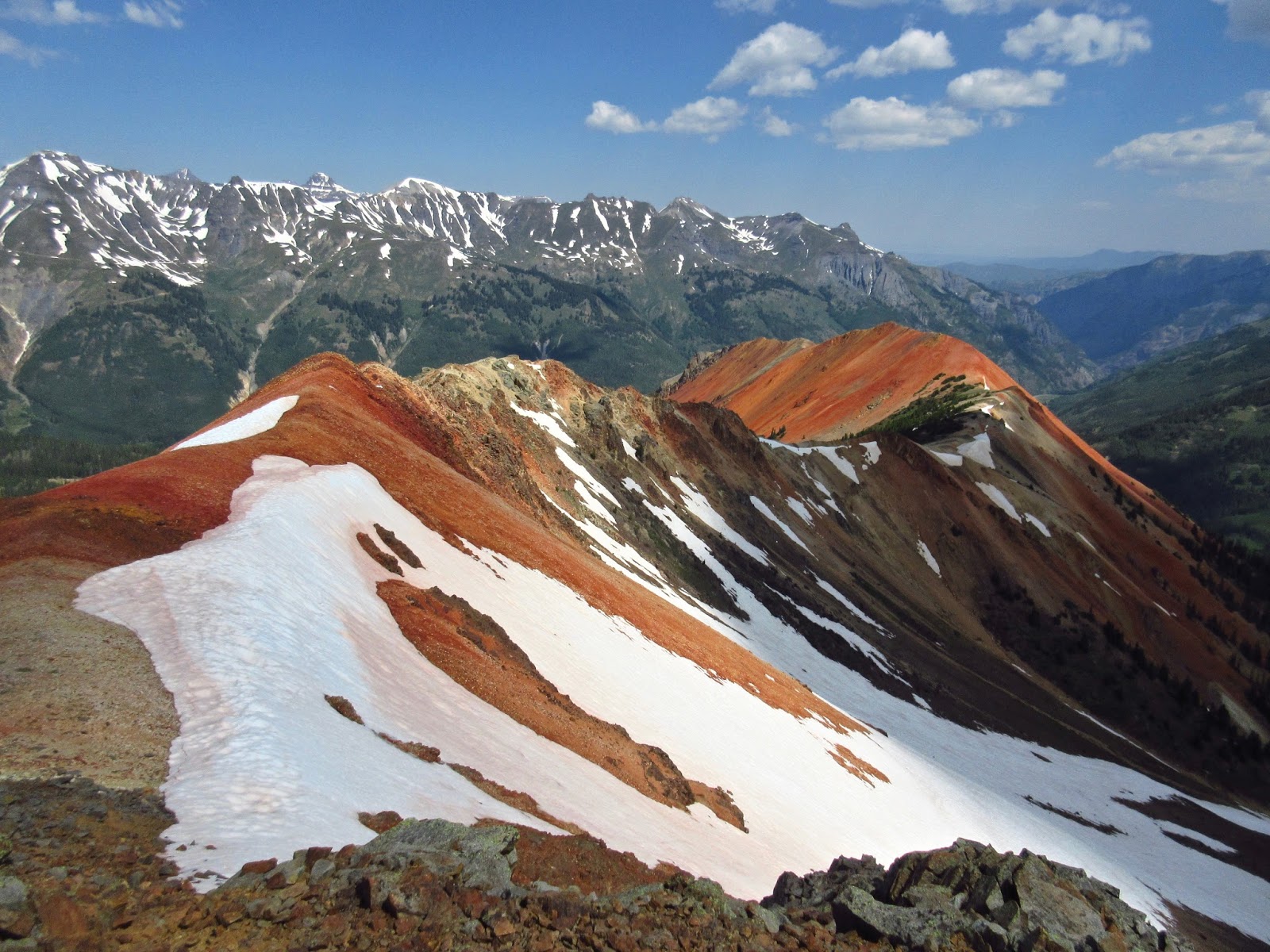 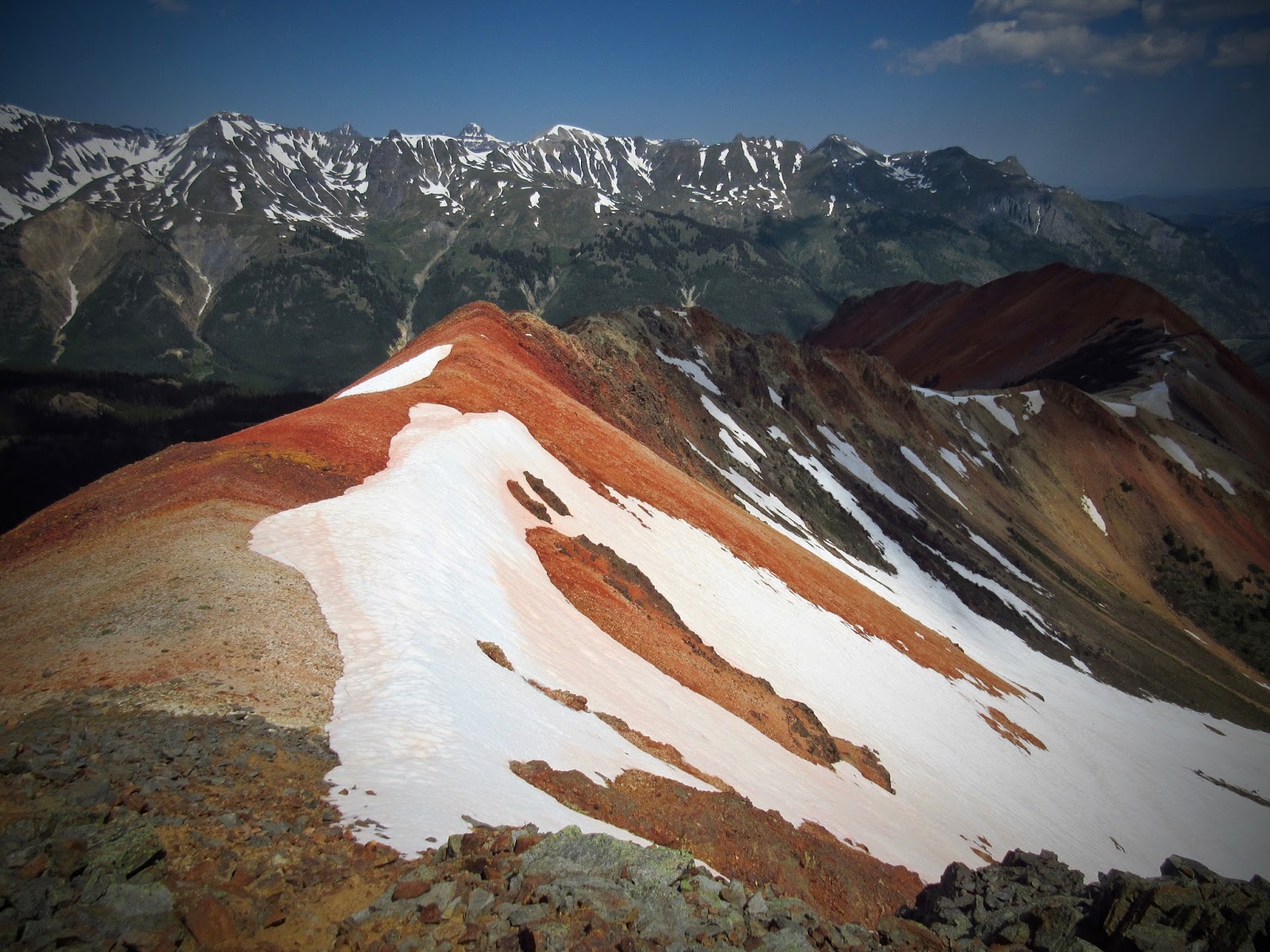 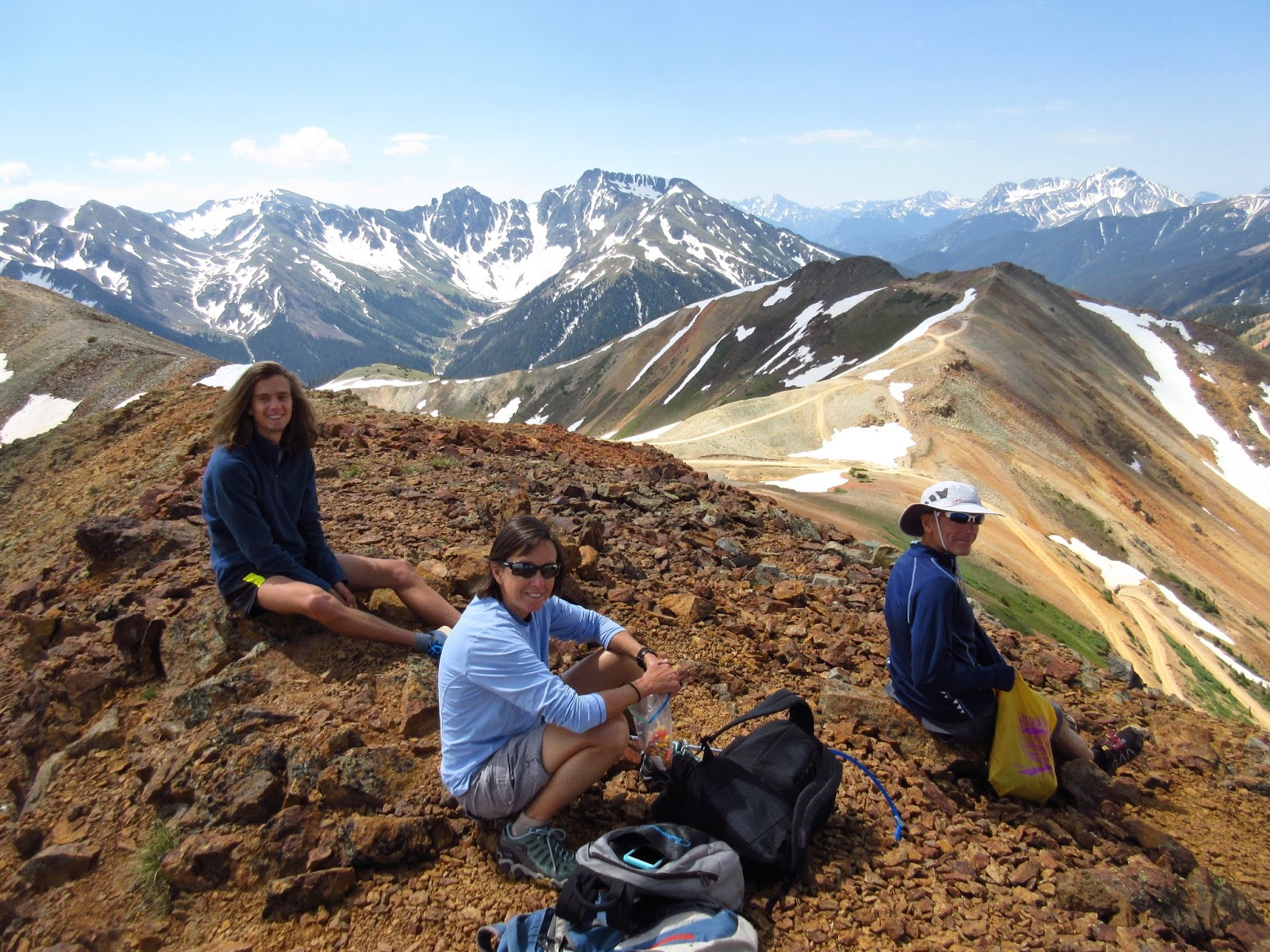 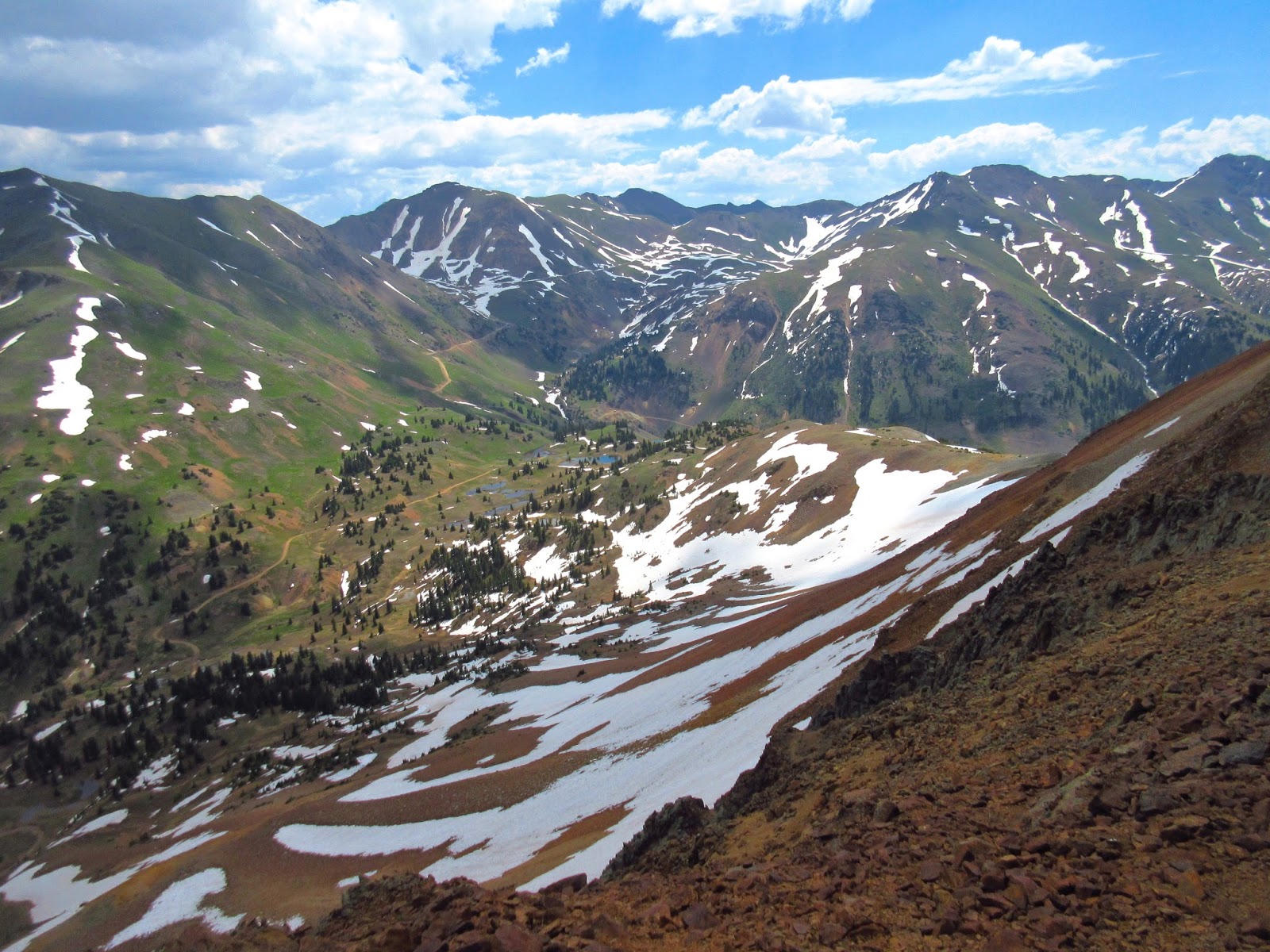 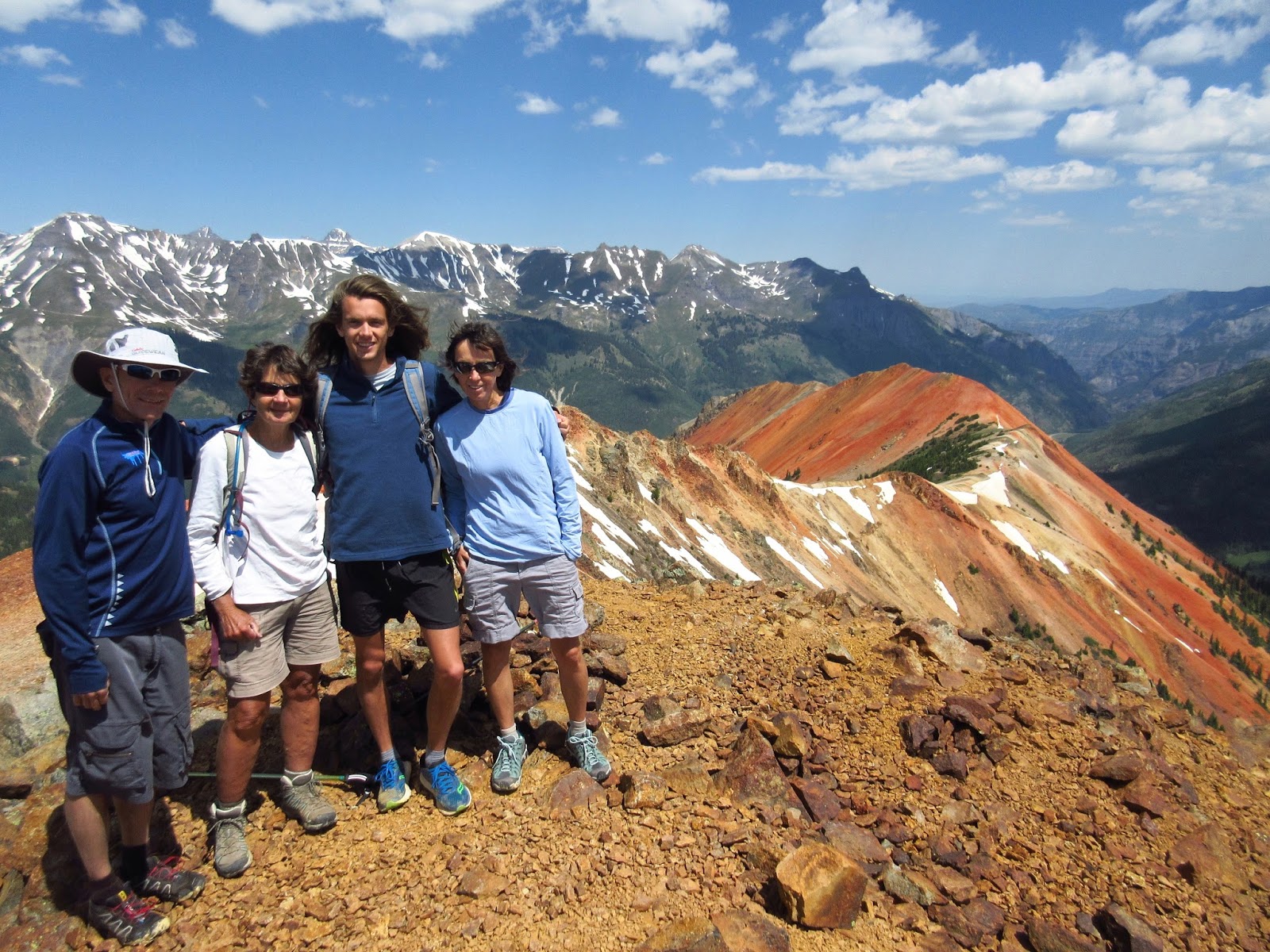 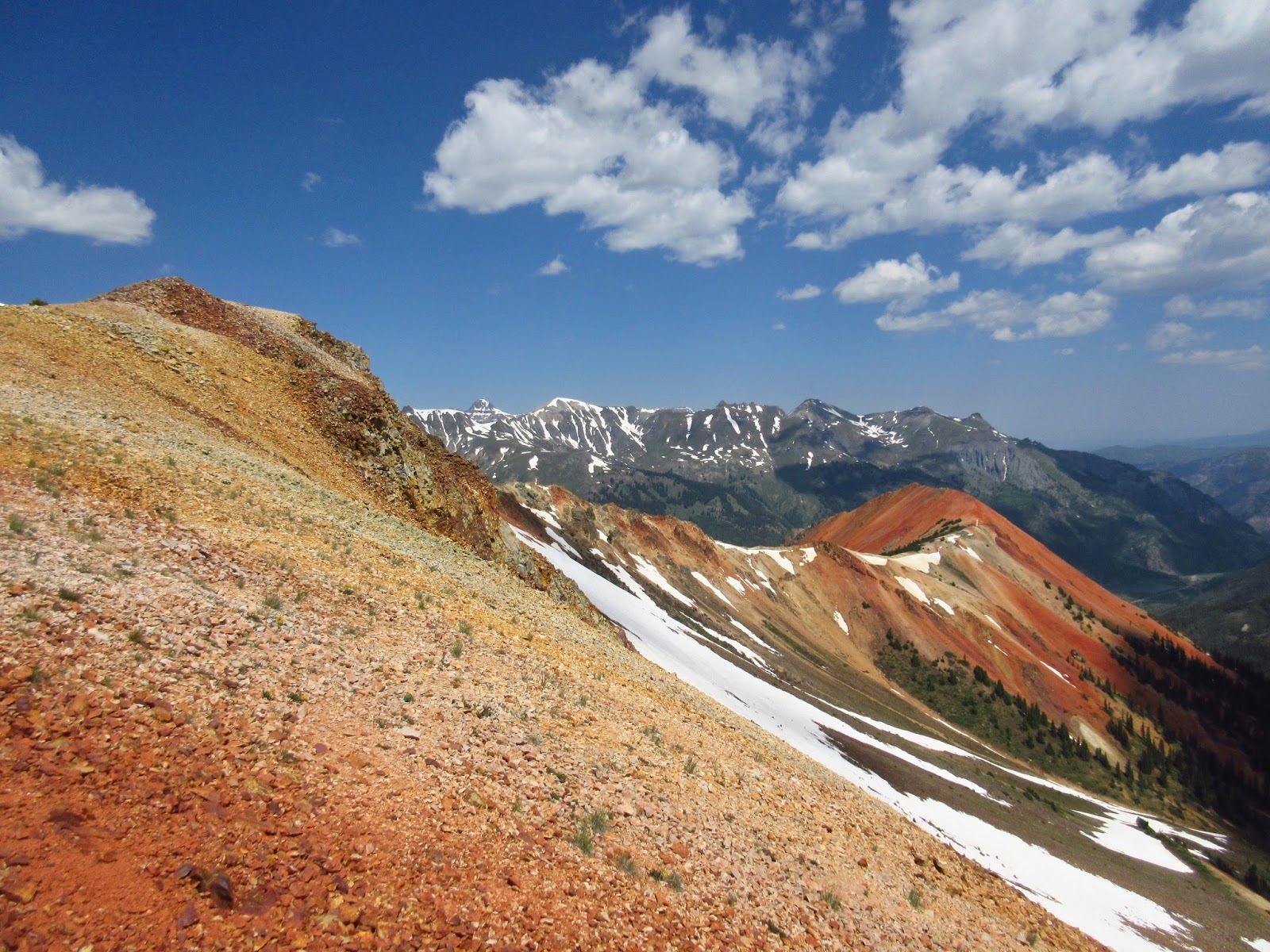 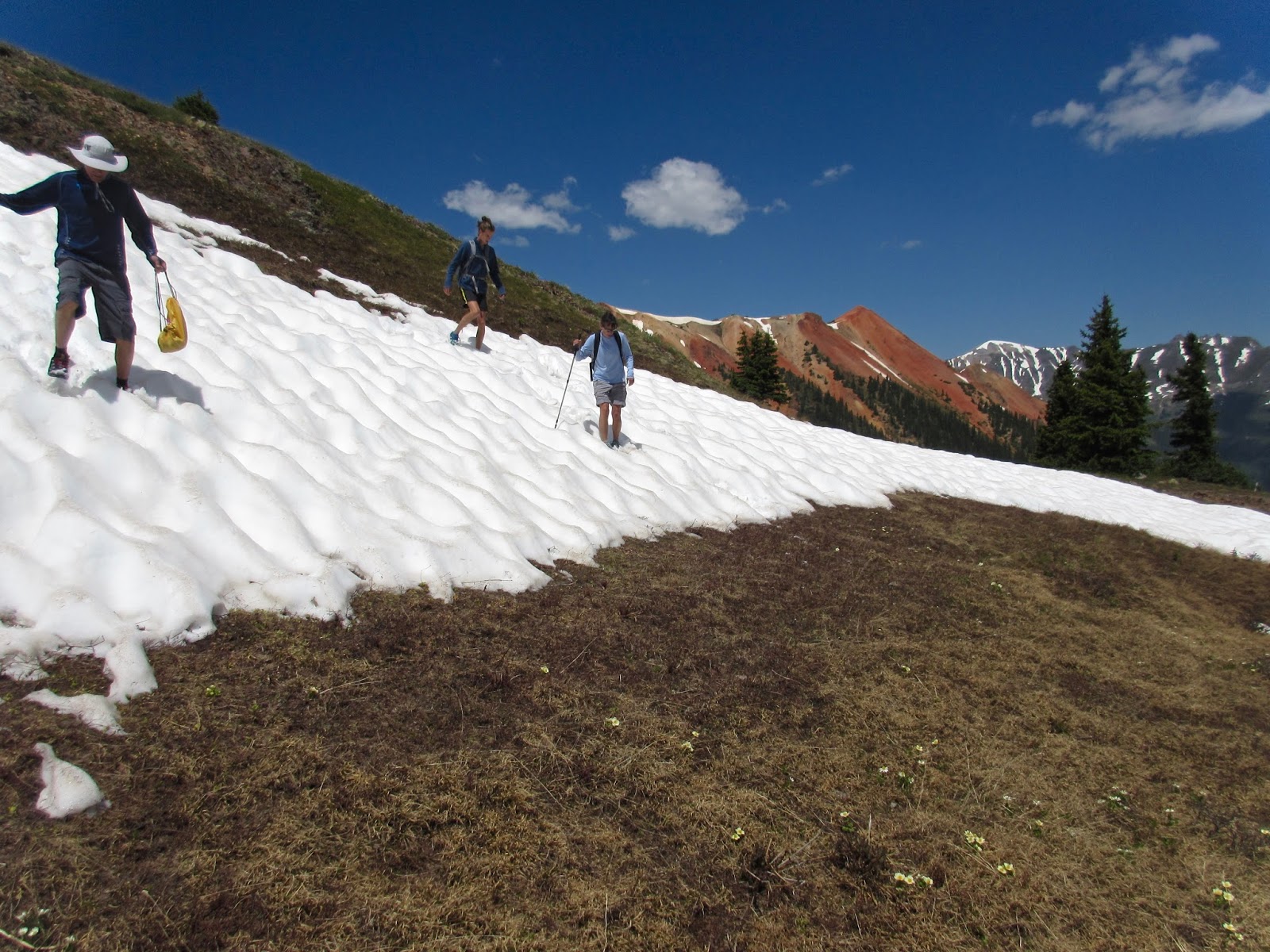 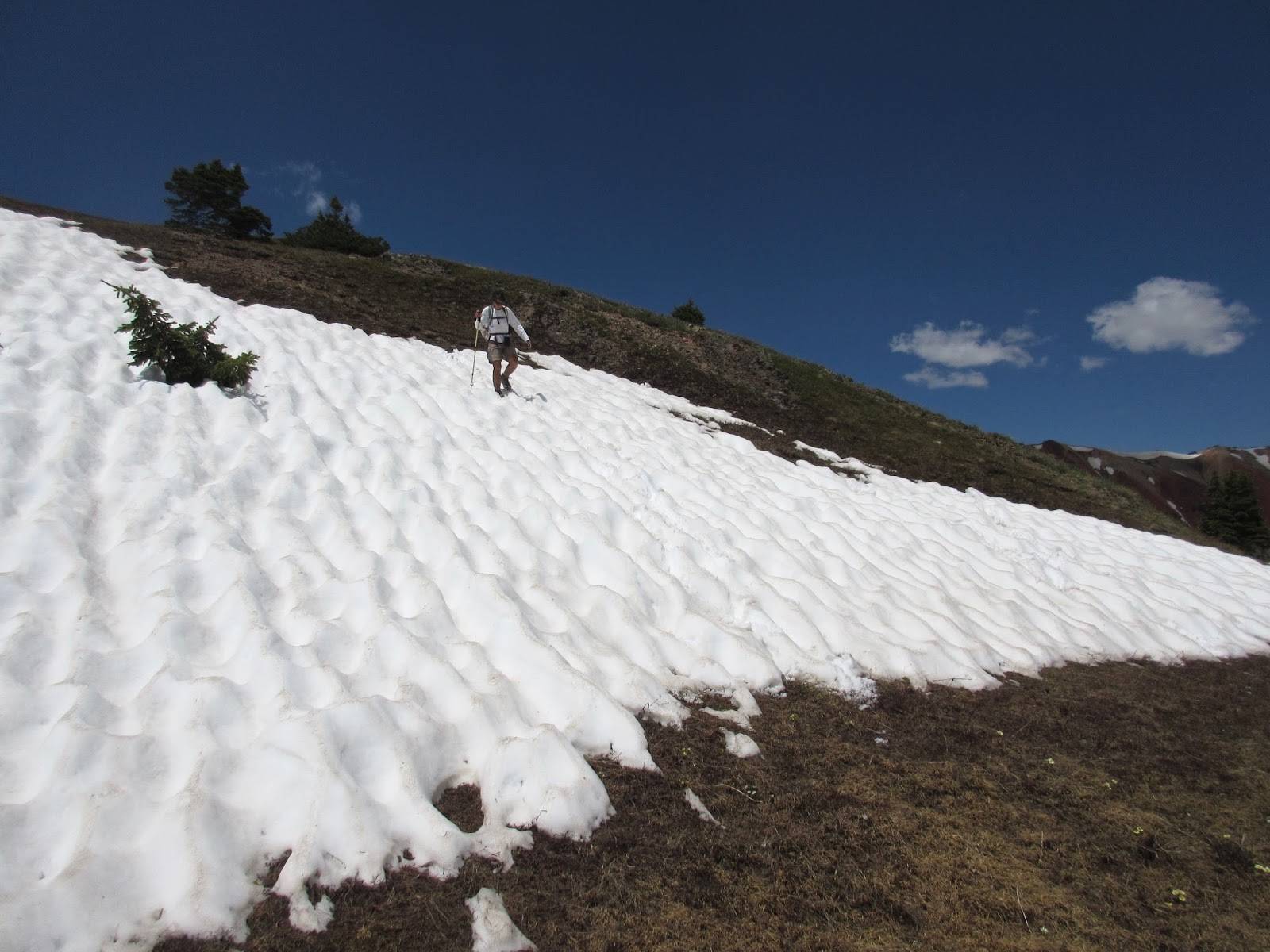 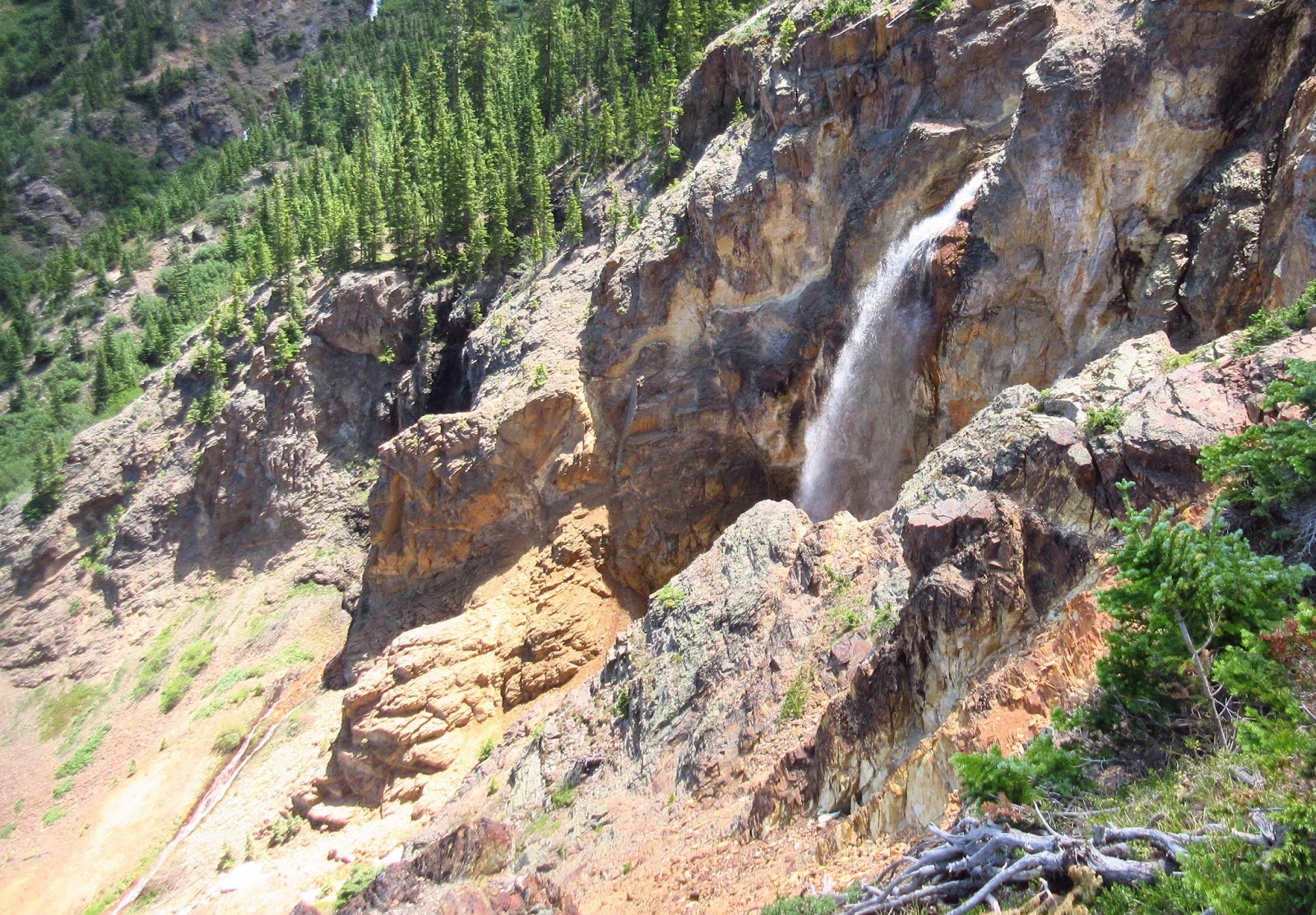