Postcards From The Edge Of Heaven… and Butt Glacading 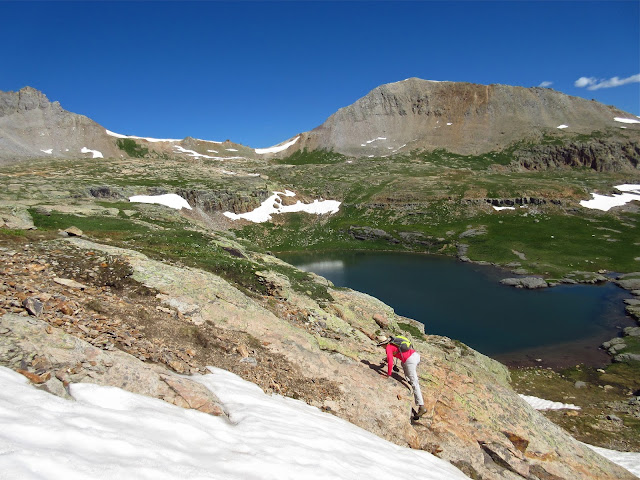 If there is one hike we never tire of repeating it is the trek to Bullion King Lake and beyond, to one of several 13,000 foot plus ridge line saddles that connect a series of ragged peaks. The upper basin is indescribable—beyond words, but hopefully not beyond postcards.


Bullion King is Disneyland for adults… only white snow instead of Snow White. Throw in a couple blue lakes, a splash of assorted wildly colored flowers and voila, a breathtaking sensory experience... literally, and figuratively.

This would be John Q and Joallen's final hike with the gang before packing it back to Indy, so I wanted to end their annual visit to Lovely Ouray with a bang.

While Jim was preoccupied—wrestling with a water leak in the Lazy Daze' outdoor shower—Little Adventurer Gayle, Bopolo Kim, Highway Taker Suzanne, the Q's, and THE To Simplify Glenn all piled into Petroleous Rex about a mile on the Silverton side of Red Mountain Pass. Yes, Bullion King would require yet another jostling, nail-biting, panic attack inducing 4  wheel drive road. That said, I believe the reluctant motorized mountain traveler among us (Gayle) is adjusting to being trapped inside the overcrowded Pet Rex "elevator" on forays up narrow, off-camber Jeep roads with precipitous drop-offs. Sometimes one must fly to overcome a fear of flying :)

There is so much drama and distance above timberline… not a single dad gum tree to interrupt the view. I guess I'm getting spoiled by alpine hikes, to the point where I don't really care for woods hikes all that much anymore. Unless the trail is headed for the Alpine Zone, I'd just as soon not endure it… the exception being autumn and winter, of course :). 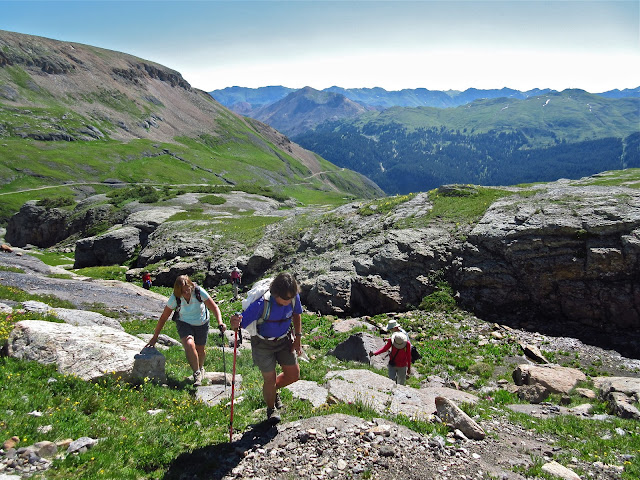 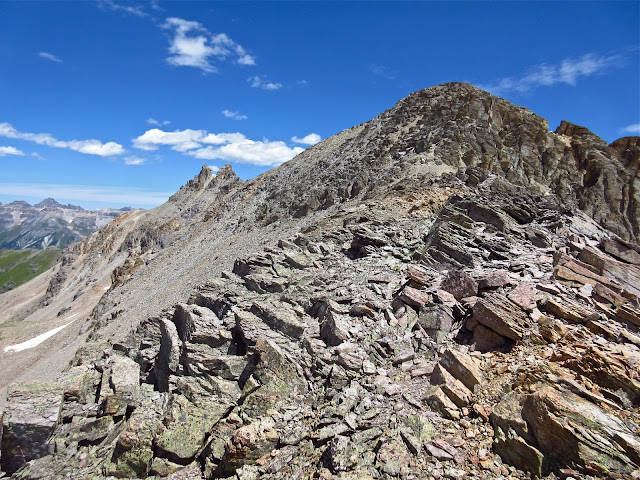 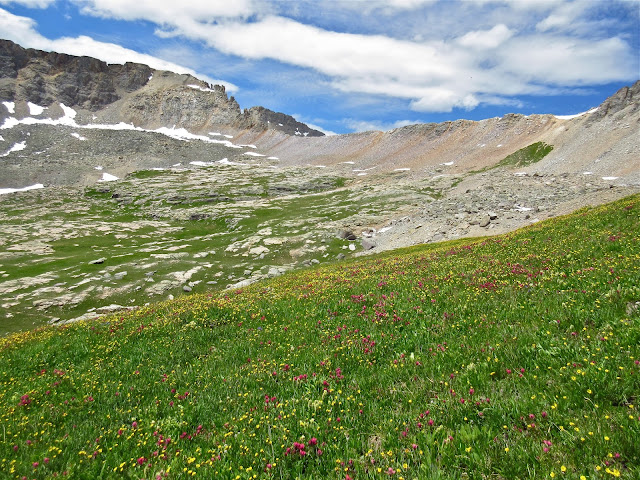 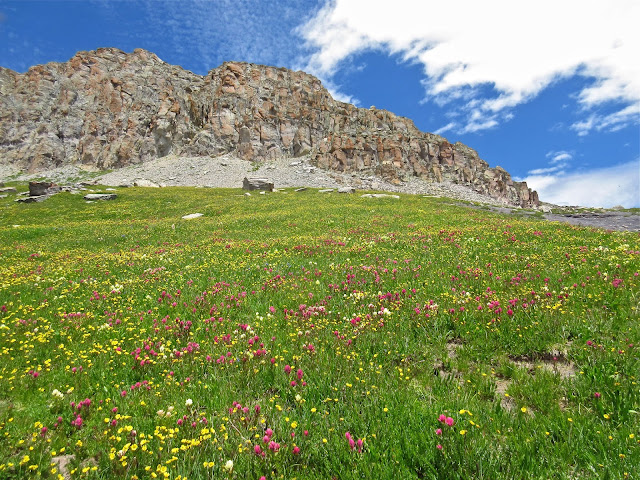 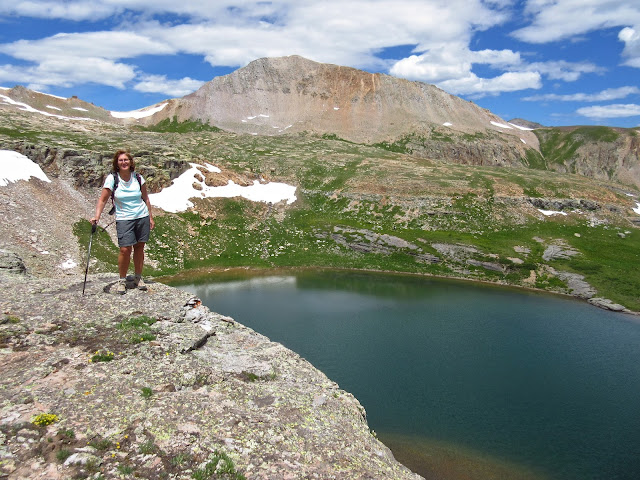 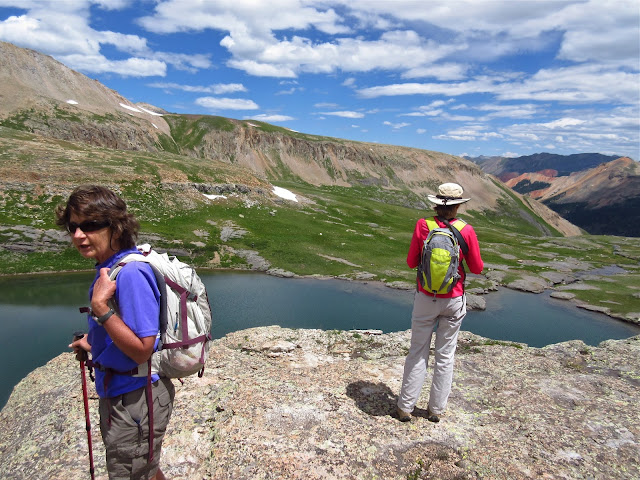 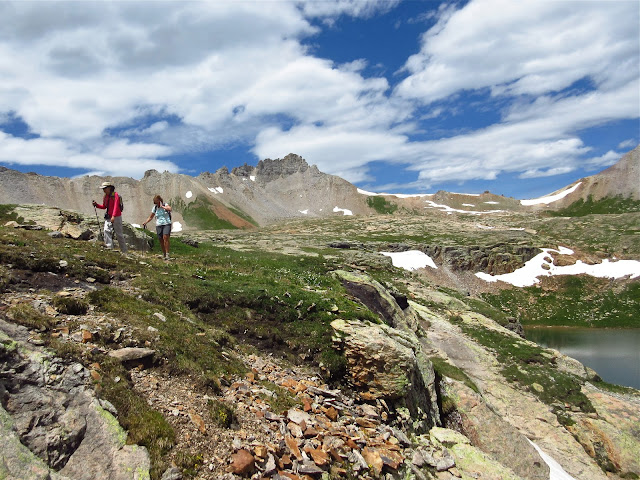