I'm Still Here, and, On My Conversion To Fatalism 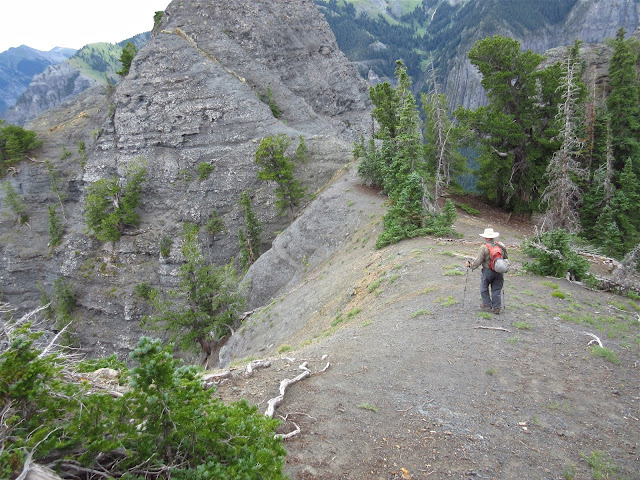 The surgery to reduce my Battle Of The Bulge is finally over, and—much to my amusement and your entertainment—I'm still here, peeking out the Imax Window while pecking out another post from a vast archive of hikes recently celebrated with The Gang.

To be perfectly honest, it was a tad unsettling to go off blood thinners for three days in order to have hernia surgery. It's akin to a trapeze artist, working without a net.

One can't blame anything on Something one doesn't believe in. So I guess I'll blame heredity for the wretched bestowal of a single mutant gene (though I suppose there could be more lurking about in my genome, just waiting to raise their ugly mutt). I'm told by the Genetics Lab-Geeks that both my mother and father contributed recessive mutated genes (what are the chances?) and, well, I guess two "recessives" equal one "dominant" when passed on to children… whether conceived in a rumble seat, or in a carefree "It's Friday" fit of felicity at our old Ohio home. Just my luck, that Dad's strongest "swimmer" would be defective, and that it fell for a pretty-faced egg with the exact same mutation (start time-bomb Now).

It helps to adopt a philosophical attitude as one enters the Kingdom of Geezerhood, with all its "minefields" of illness and constant barrage of greedy pharmacology corporations with "bottom-line" allegiance to shareholders over patients. We are, after all, "time bombs," ticking away, second by second for the unfortunate, year by year for most. I've adopted a near religious relationship with Fatalism lately—resigned myself to a "number" such that when it comes up, it's over. Aw, if it were only that simple. Unfortunately, at this "Golden Years" stage of life, health is a matter of degree and relative. Death is often  progressive, it creeps—teases—bats you about like a mouse at the claws of a bored house cat until, mercifully, it's "number" comes up and it dies. It's not that we Geezers are scared of dying, right? It's that we fear living in some endless purgatory at less than full capacity… or worse.

Followers of Christianity think of death as a graduation to something even better, a grandiose place where they will be reunited with family (a bad idea for some families, just sayin) and loved ones… at least the ones that honored the Ten Commandments… and comforted by a loving God all-the-while He allows you to go through Hell on earth. Oh, and good luck with that "Covet" Commandment. Hopefully it's loosely defined or we're all "toast."

Muslim's beliefs are remarkably similar to Christians in that they both believe that God is omniscient and the Creator of all things, as well as Angels and prophets, including Abraham, Moses, and Jesus. Muslims also believe in and read many of the books in the Bible, and that there will be a day of judgement where mankind will be cited for their actions (or inaction) and sentenced to either Heaven or Hell. They also believe in Divine Decree, that everything that happens in one's life is preordained—that whatever happens in life, good or bad, should be accepted with thankfulness or patience… which is similar to Fatalism, of which I'm a convert. I would consider converting to Islam except for that Jehad thing.

Fatalism. My choice. The name kinda says it all, doesn't it? You are going to die! There is an element of "que sera sera"  to Fatalism… to believe that what ever's going to happen is going to happen so why worry about it. Who knew Alfred E. Newman was so perceptive all those years ago: "What, me worry?"

Look, I'm not wild about being on blood thinning meds, but I'm even less wild about a stroke or pulmonary embolism that, instead of killing me outright, leaves me at less than full capacity, incapacitated, or in La La Land. The downside of medi-thinners is that one could "bleed out" if cut or injured. They might even have a brain hemorrhage if, say, they crashed while riding a mountain bike that the doc said should be put on Craig's List a long time ago. No, not when I just got a new frame! And that, my friends, is both why and where it comes in handy to be a Fatalist.

Peace Out from Lovely Ouray, where absentee Suzanne has resumed her boondock assignment with The Gang. We've missed her wit and jocularity and are so pleased to have her near again, instead of in the "audience." 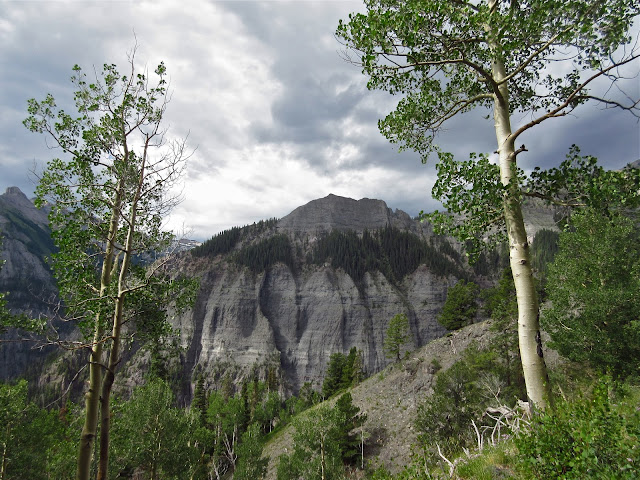 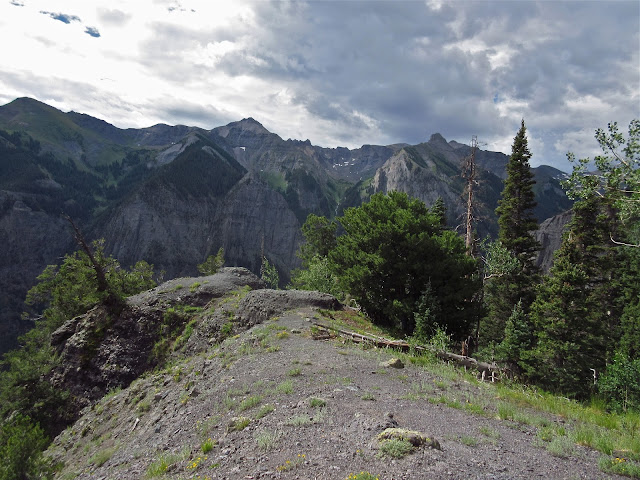 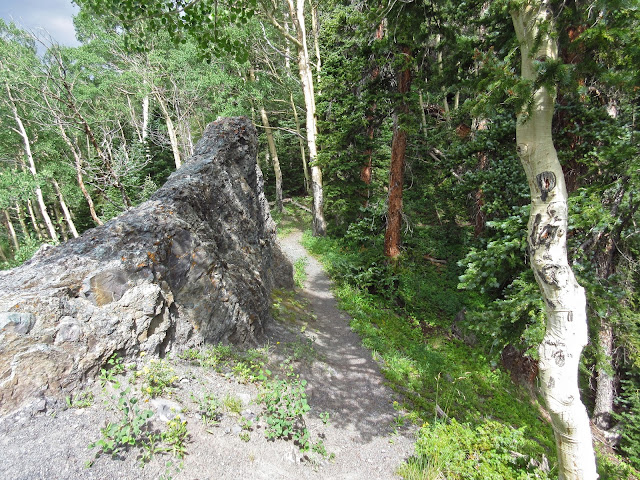 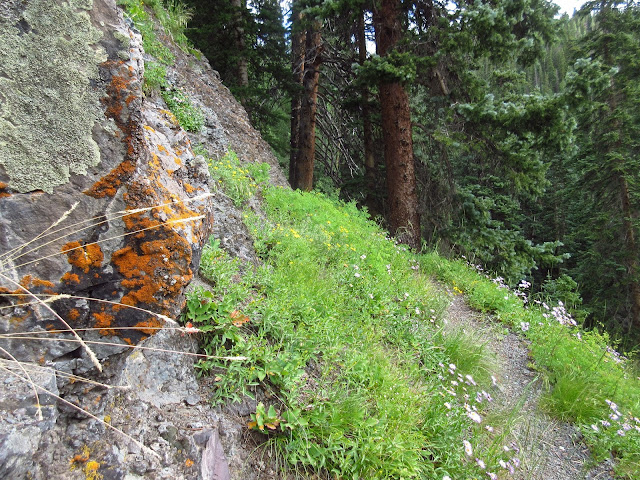 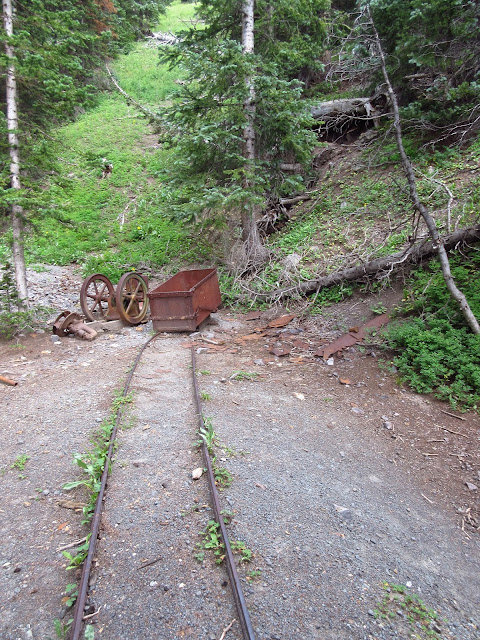 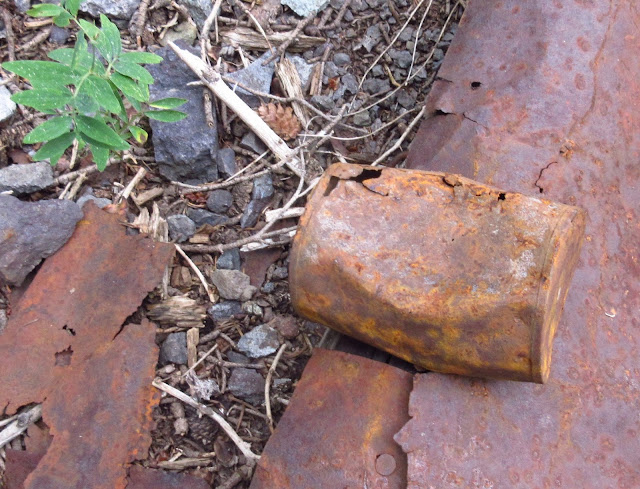 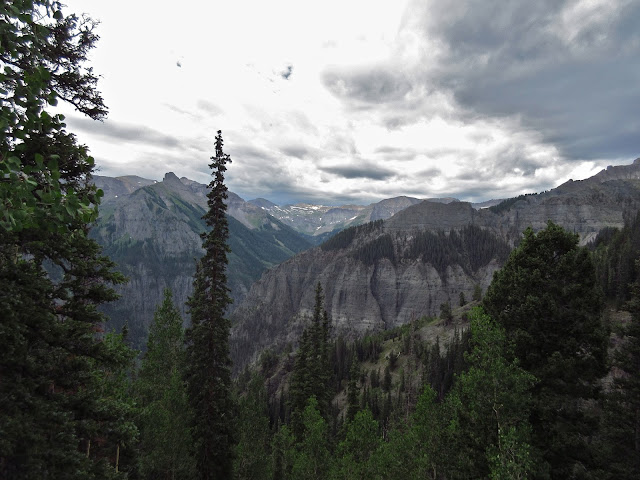 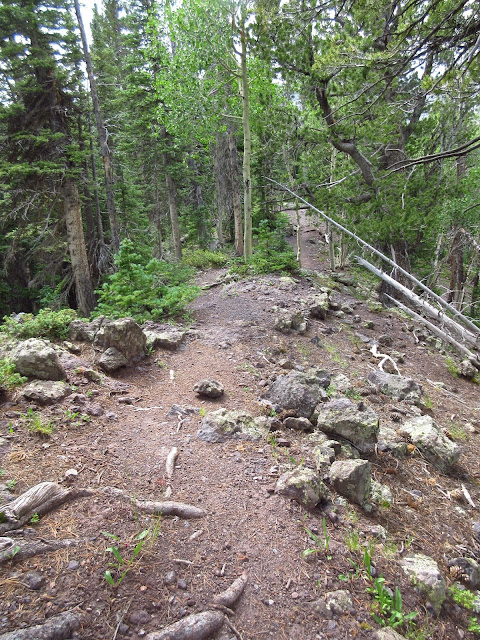 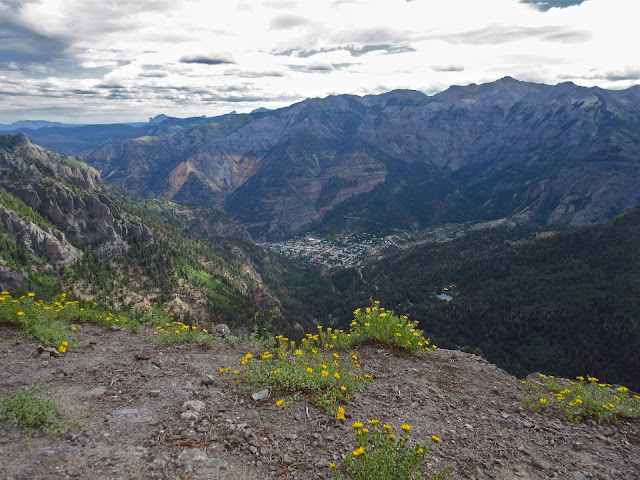 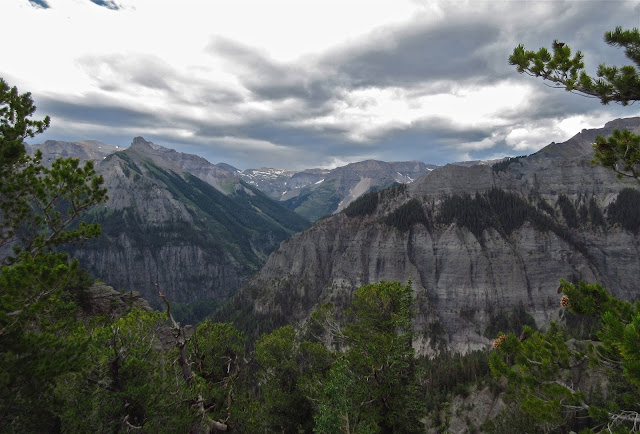 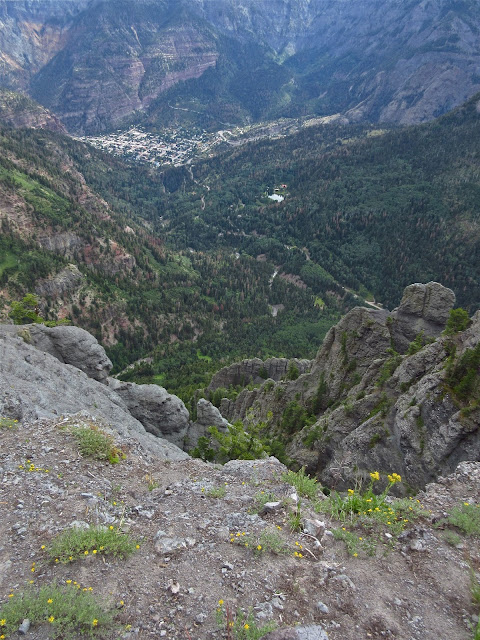 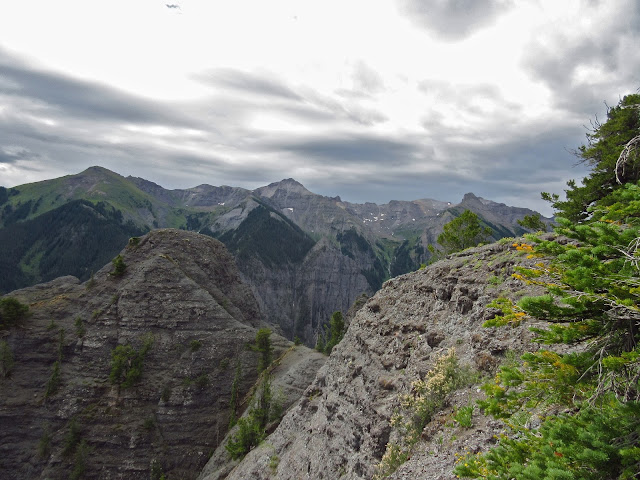 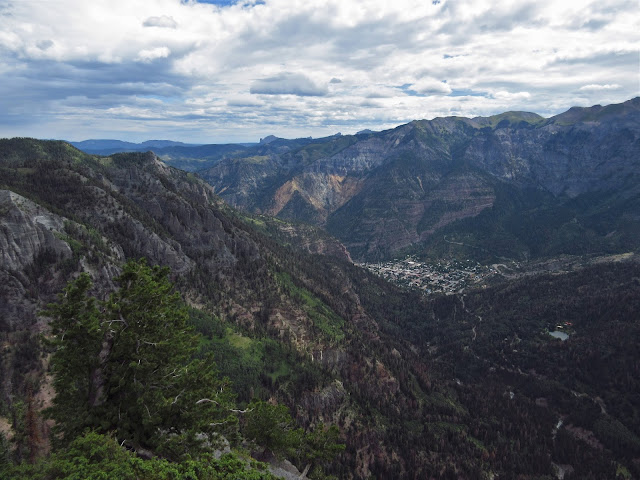 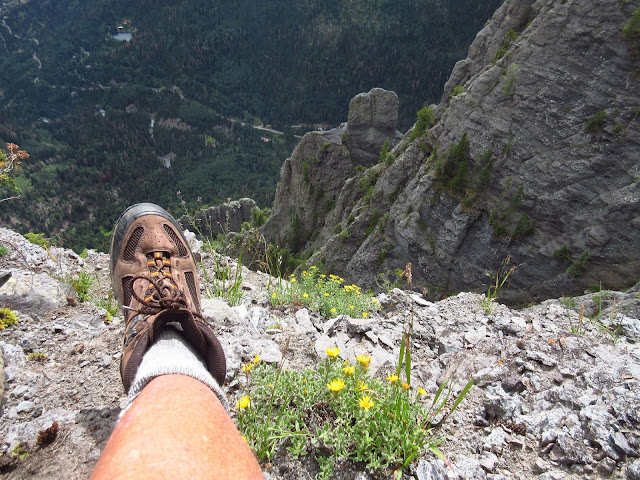 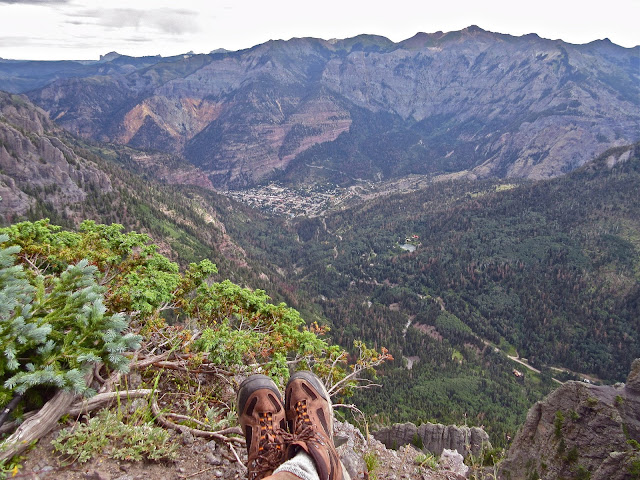 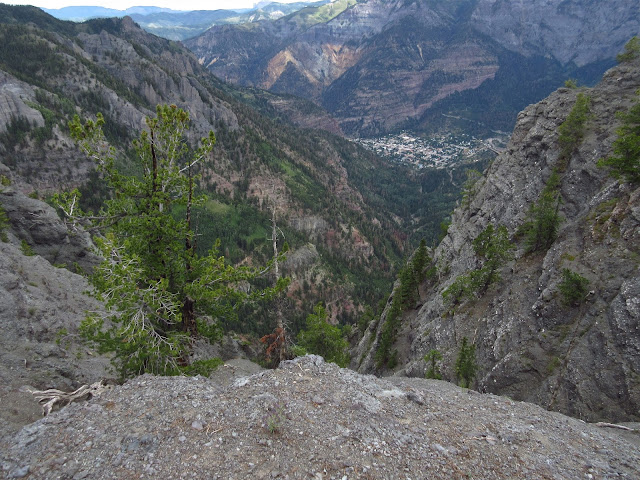