Alone At The Top 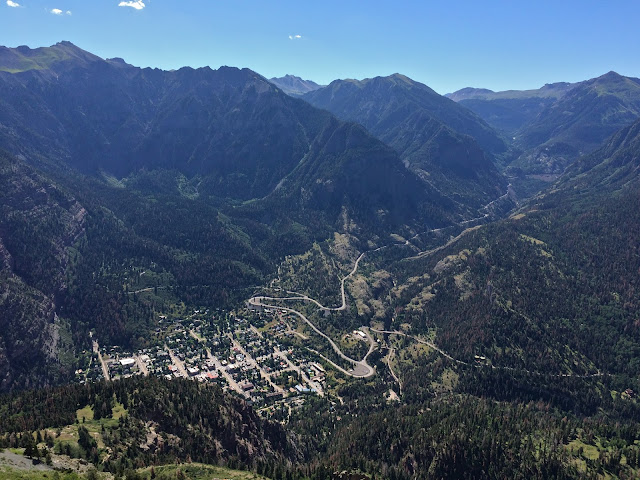 Twin Peaks is a hike that resembles a climb, a favorite of mine ever since the day we met. They stand like sentinels, watching over Lovely Ouray some 2.5 trail-miles and 2000 vertical feet above town. I can't look at them without wishing I was up there, gazing down off boot-tips at our canyon-bound hamlet.


Bobbie and I tried to summit Twin Peaks three times this summer, and thrice we were turned away. The first couple times was due to deep snow snow that persisted on north facing slopes, and the third was due to unusual heat and a problematic hernia, my second in as many years.

But on this day, we couldn't be denied the "Twins" company.

Hernia surgery Wednesday, followed by some time off to heal. It's a bummer being on injured reserve, but I've battled this "bulge" since January and it will be good to get it fixed before our annual Red Rock Gang meet up in Utah come October.
Peace out,
mark 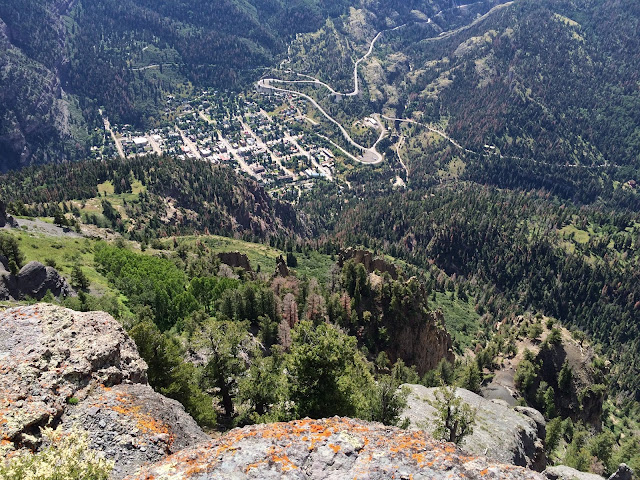 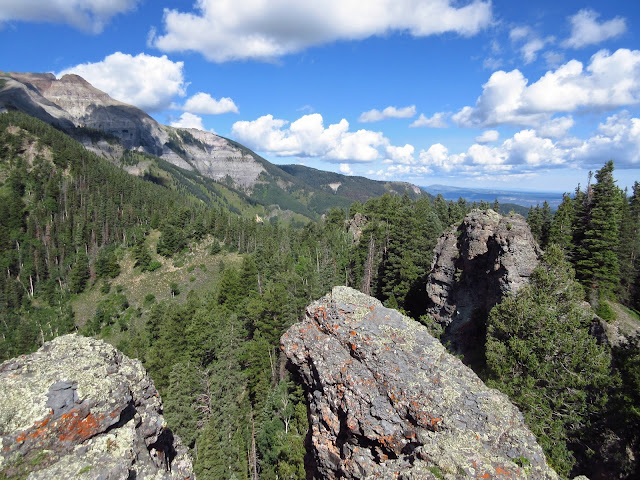 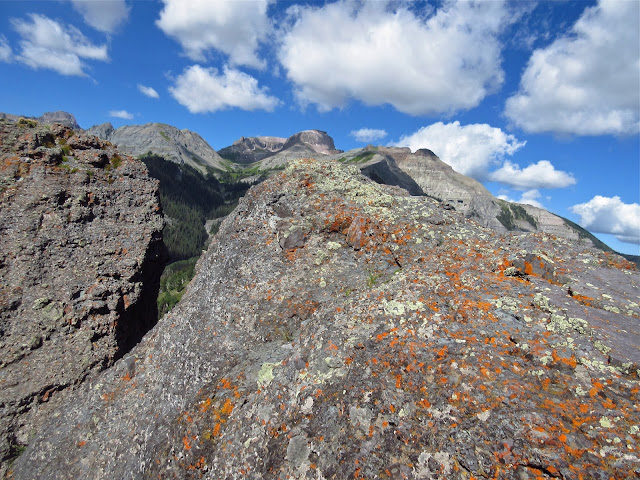 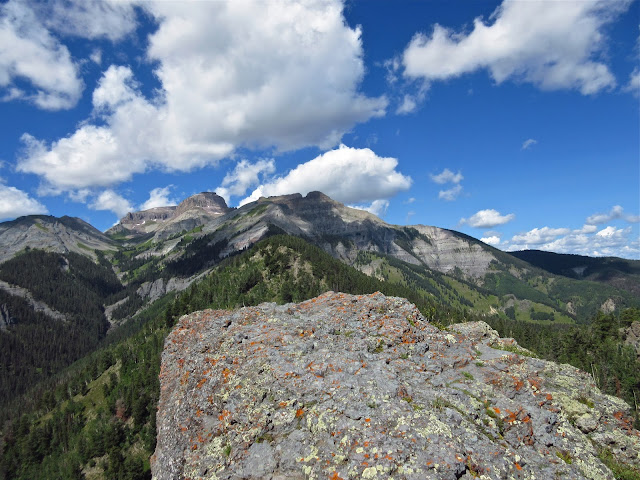 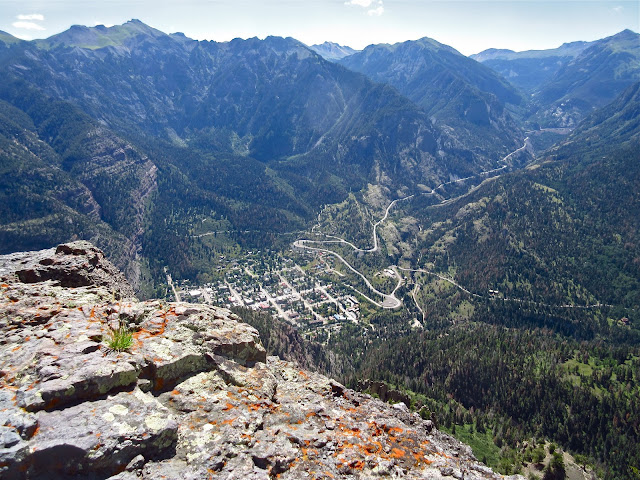 Below is a Panorama south to north shot that encompasses Ouray, Twin Peaks, and Ridgway.
Scroll ➞

Posted by Box Canyon Blog.com at 7:57 AM