A Hike To The Crags…A Retrospective 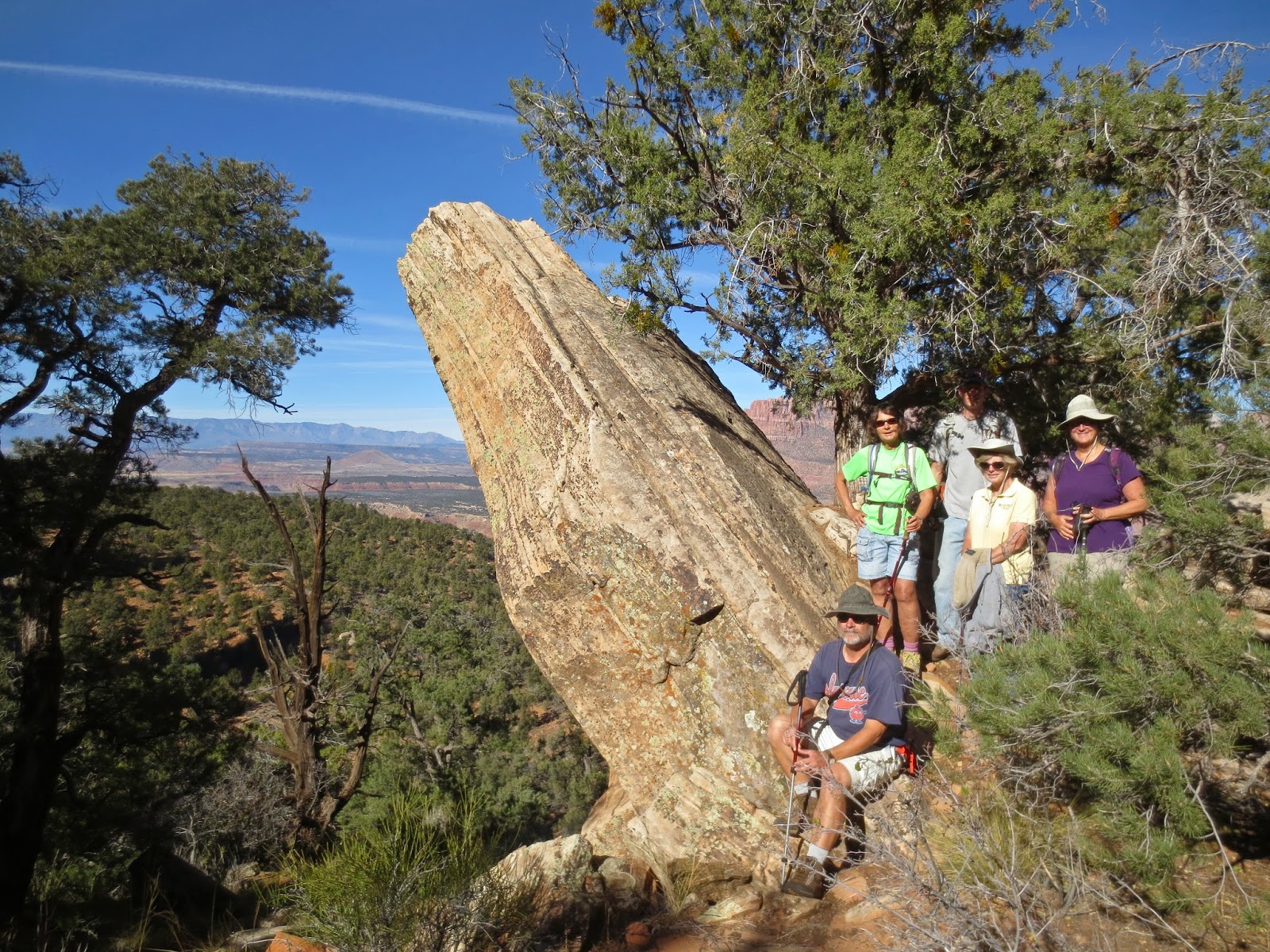 After a long morning of whittling down carefully prepared checklists, Dump,  Flush,  Winterize,  Pack Car,  Stow Bikes  … Take Goldie to the "pound," we spent yester-day driving east—my least favorite direction—and woke up in a suite big enough to fit three Goldie-sized RVs. The irony of spending our last night away from "home" at The Grand Vista Hotel... after spending a month in Capital Reef and a month in Zion... is befitting, don't you think? Henceforth, further posts from Utah are moist-eyed retrospectives (sniff).

The core of our RV Gang had been slowly shrinking due to occasional cold fronts and prior commitments, but the remaining hardy hikers trouped on…and on…and on and on and on. I blame our new friends, The Souvas and newly addicted-to-hiking Suzanne for this. A little rest on the sabbath isn't in their "Bibles," apparently :).

But legs will generally do what they're told if one feeds them enough, and their memory grows short after the first mile or so. So they resigned themselves to their daily task and bitched only occasionally.

After a Thanksgiving morning walk, we had the Souva's, Second John, Third John, and Ellen, and Take To The Highway Suzanne over to Goldie's Lounge for pre-feast drinks. Yes, all six of us…and there was even room for one or two more! We toasted our Adventures and Acquaintance, bowed heads in memory of those who moved on (prematurely, I might add), and then watched a slide show I prepared, complete with Muzak, of the previous day's glorious hike into the Subway. 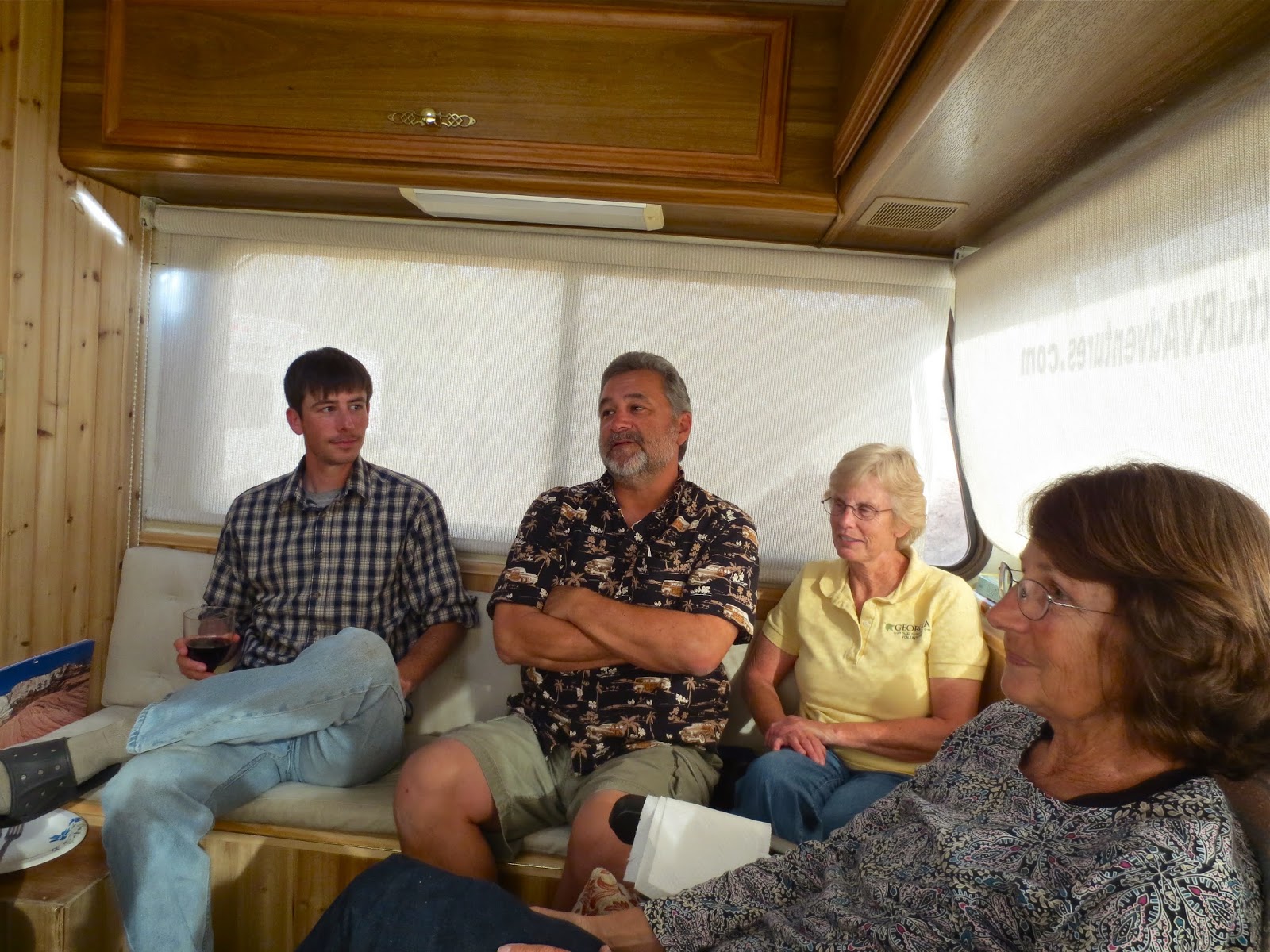 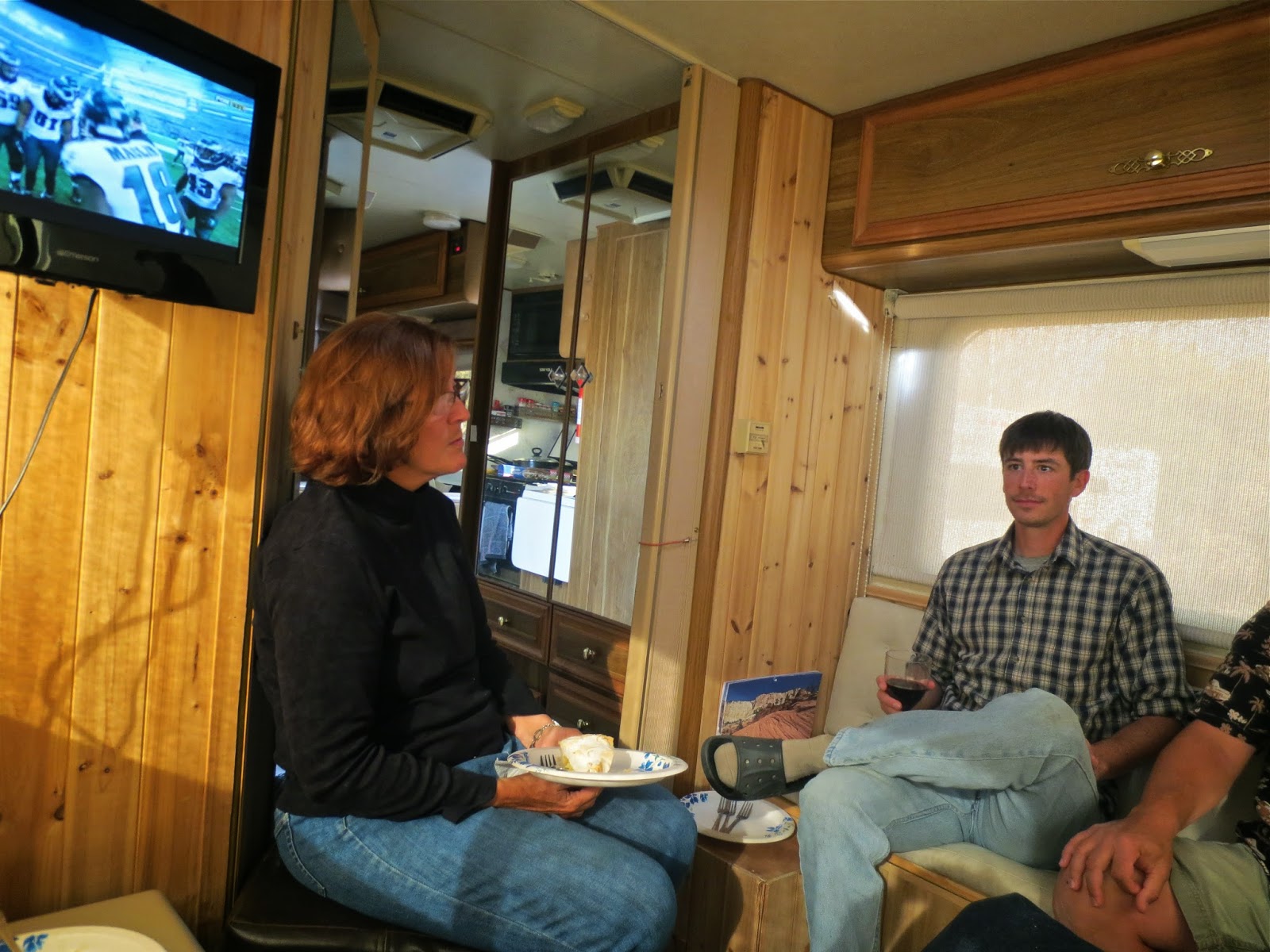 Then it was on to the annual Thanksgiving Day buffet that the RV park hosts. No one left hungry. Then, back to Goldie's Lounge to share a lemon meringue pie that Suzanne brought. Football and napping rounded out the rest of my day; I don't know what everyone else did.


Friday was another beautiful day and so we decided to finally cross the Crag hike off our list. The trailhead is a few miles out of Rockville, up a decent dirt road for a change. The rest unfolds in the form of Postcards. Bobbie and I will be home in a couple hours, probably shoveling snow. 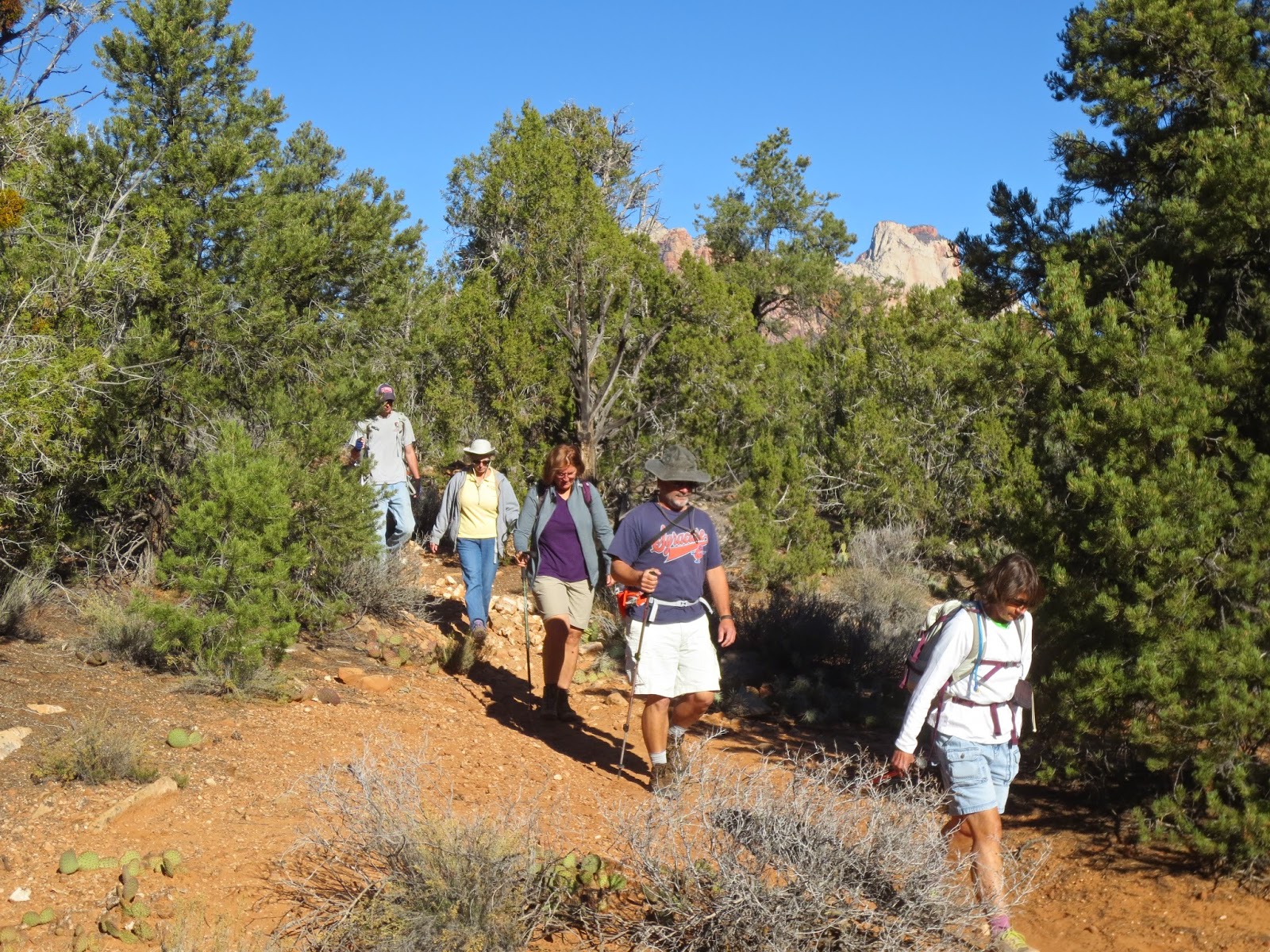 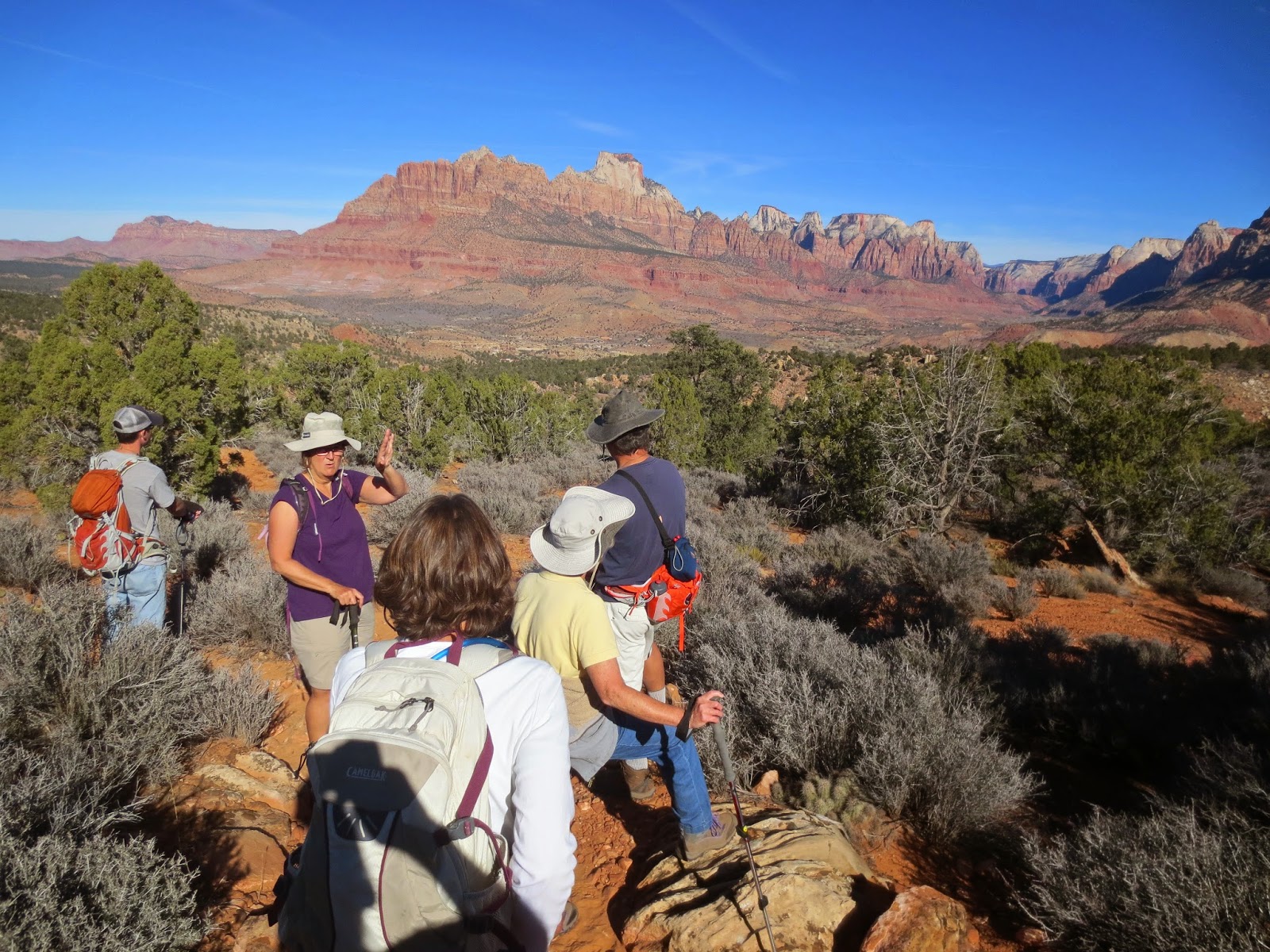 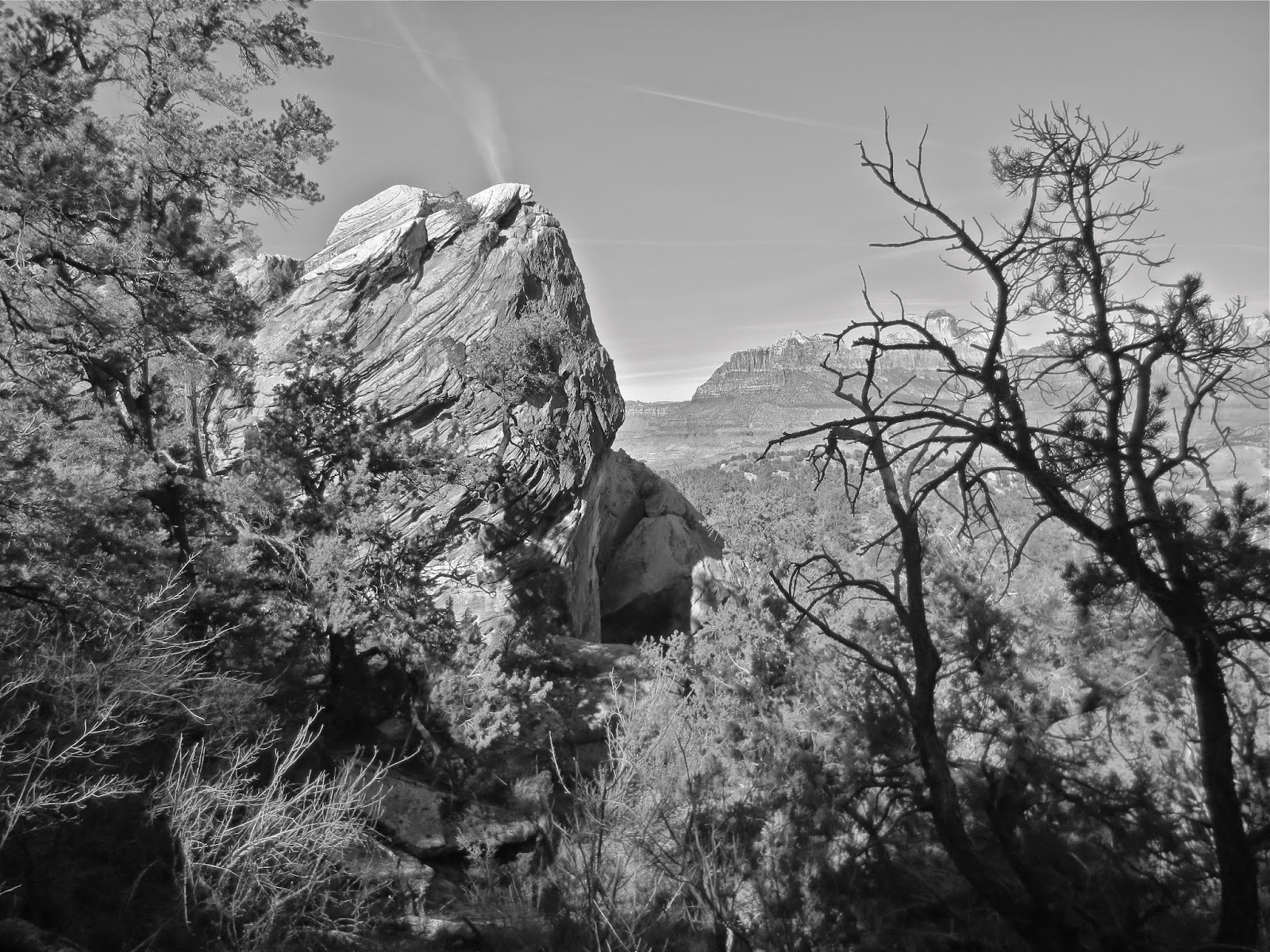 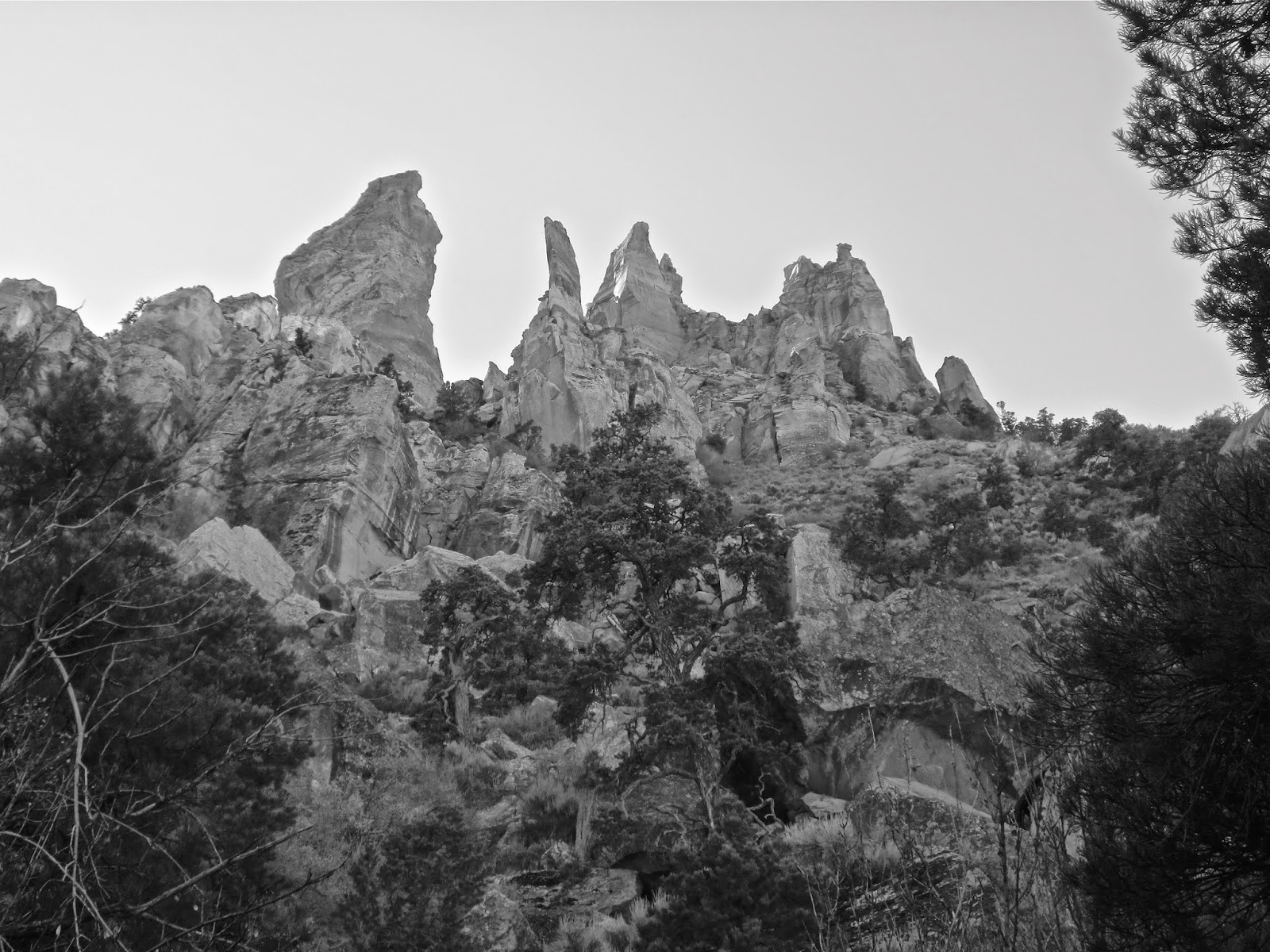 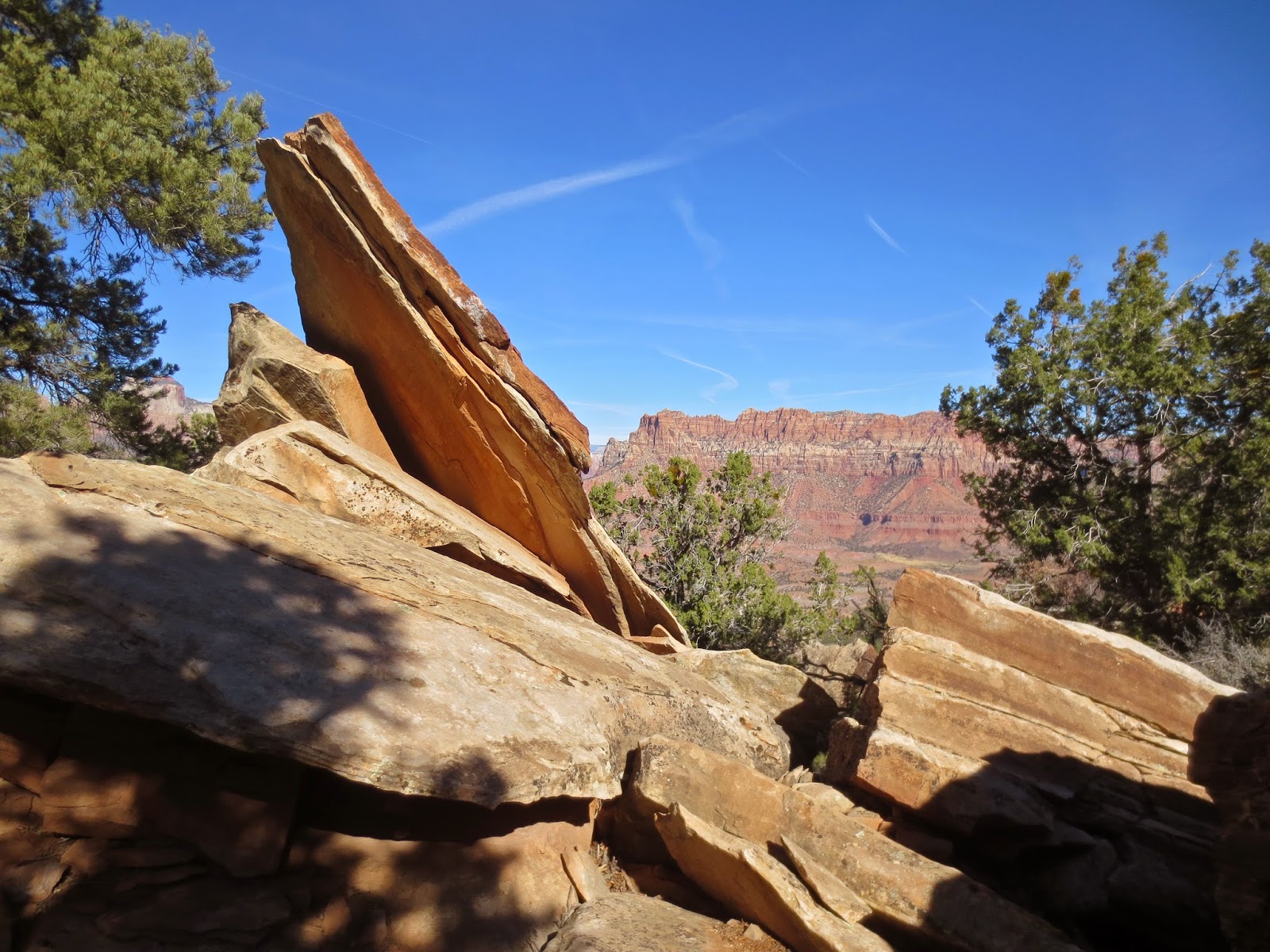 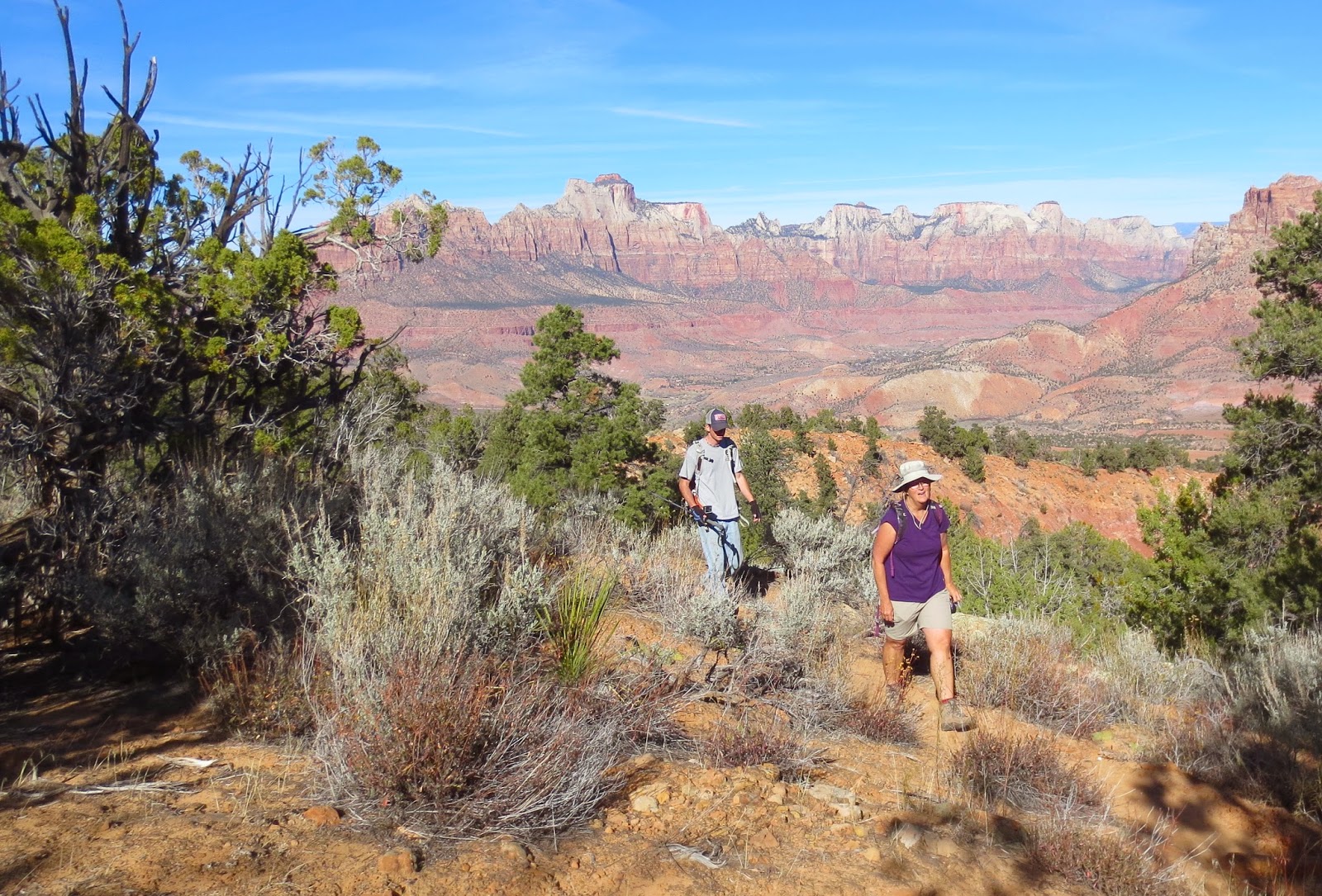 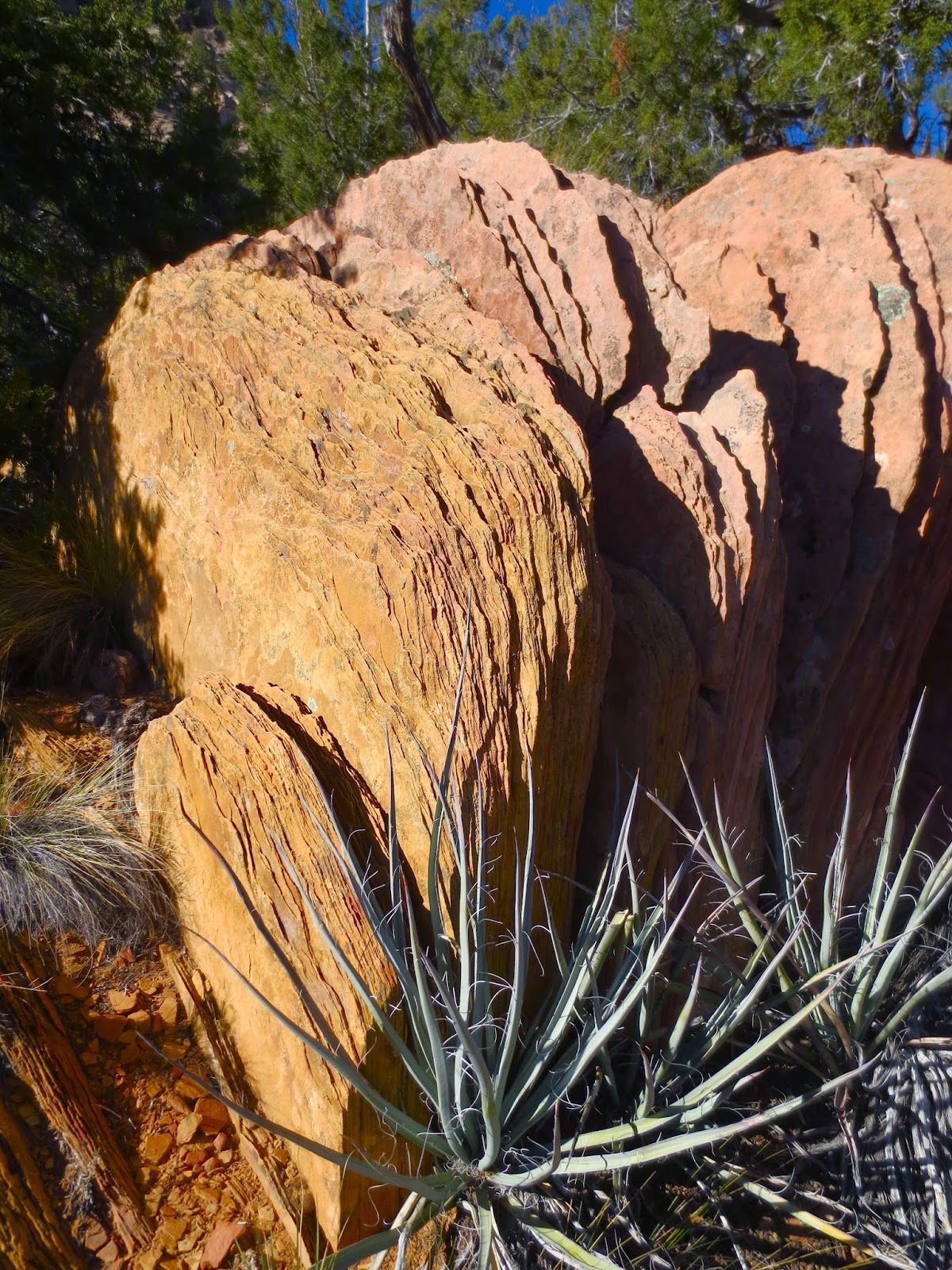 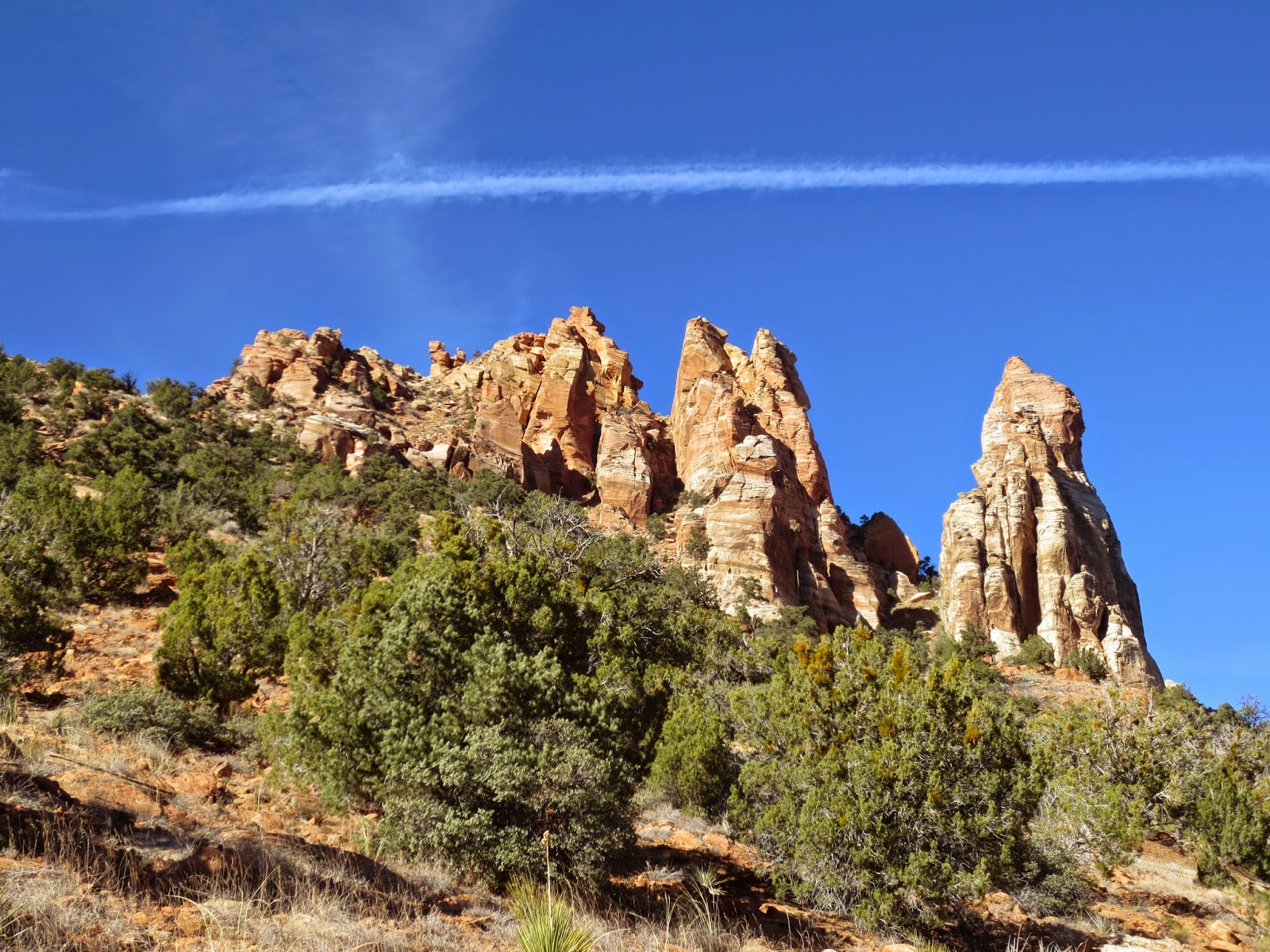 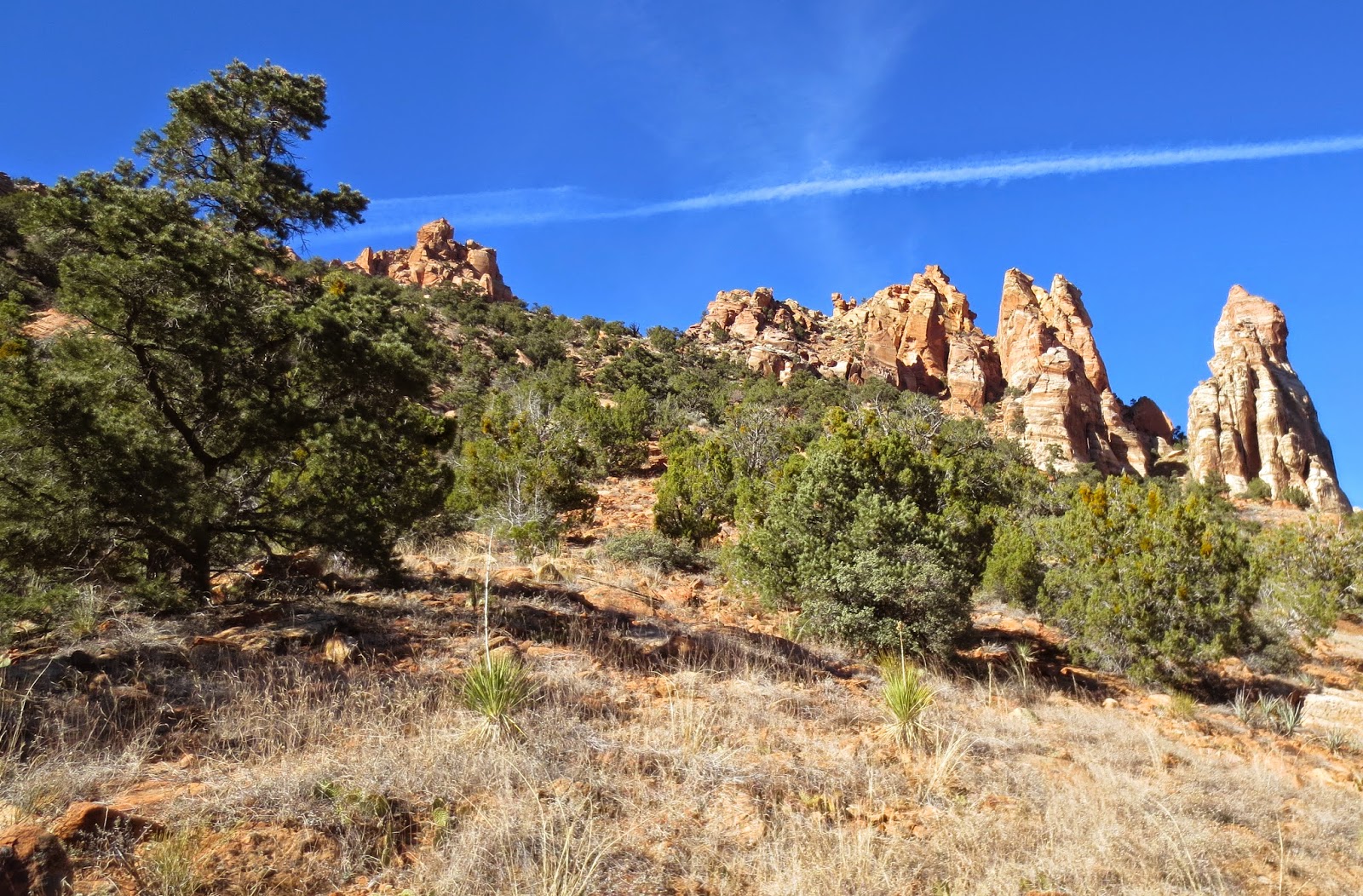 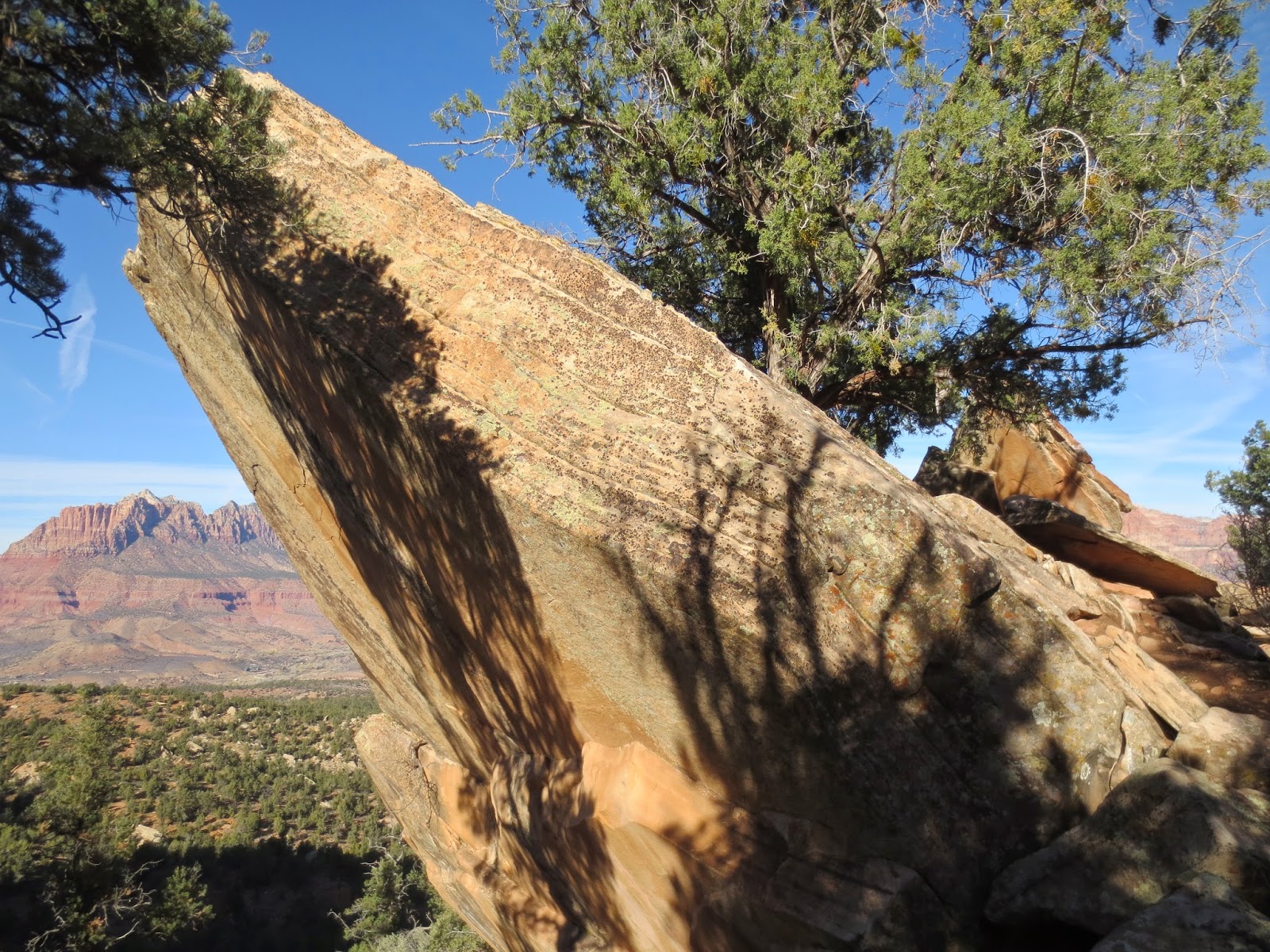 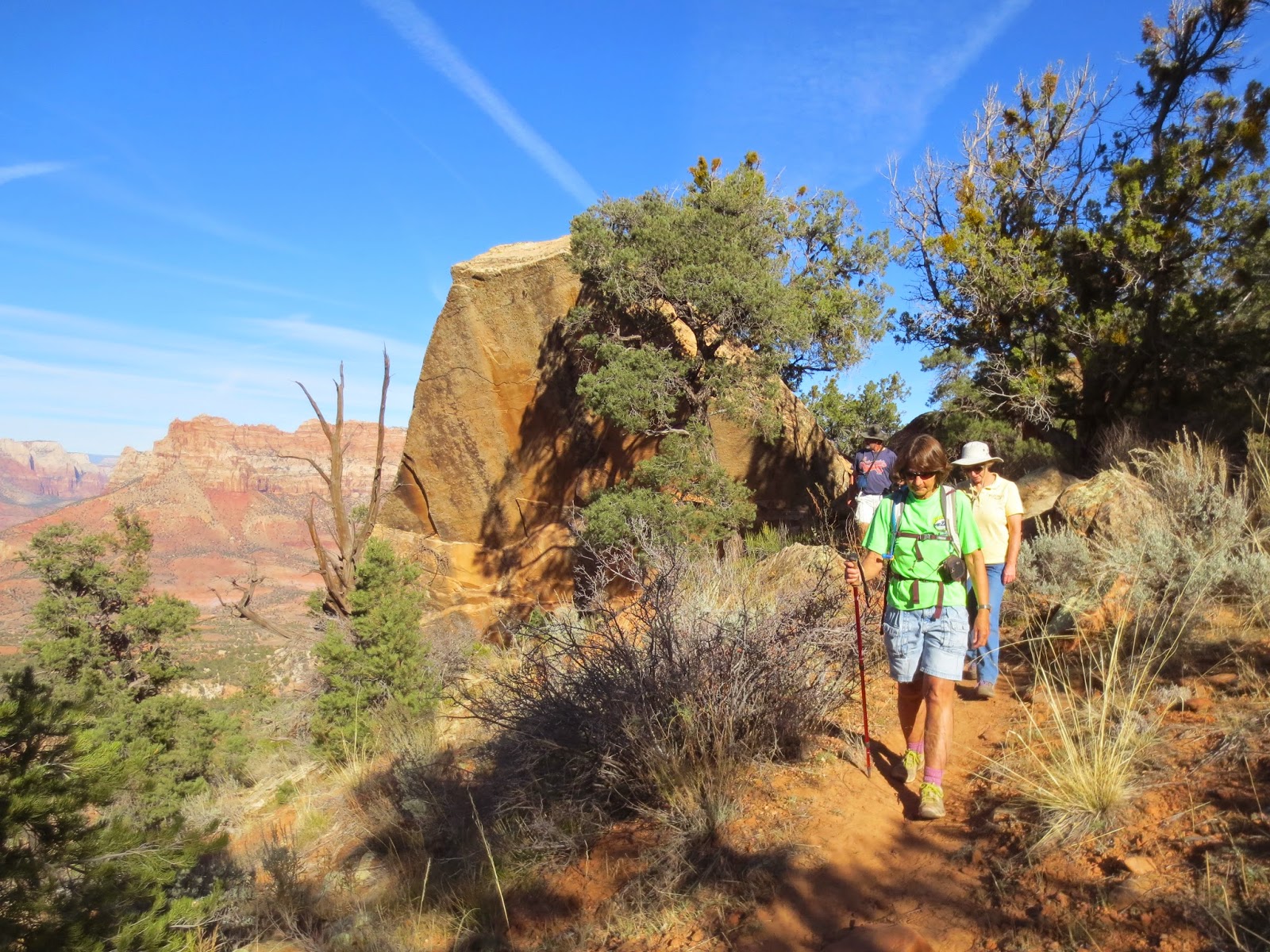 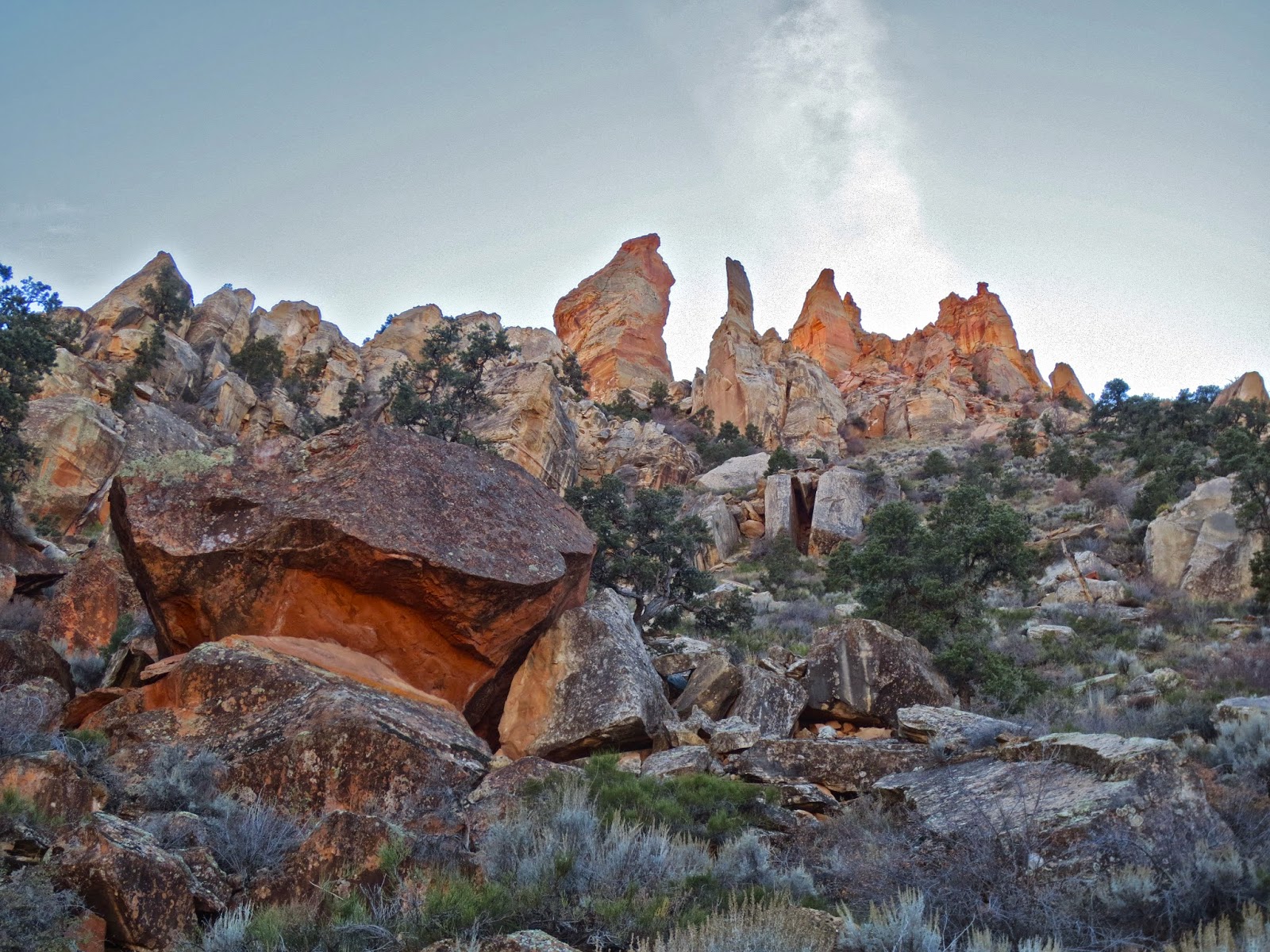