Yule Night At The Guide Garage on Main Street 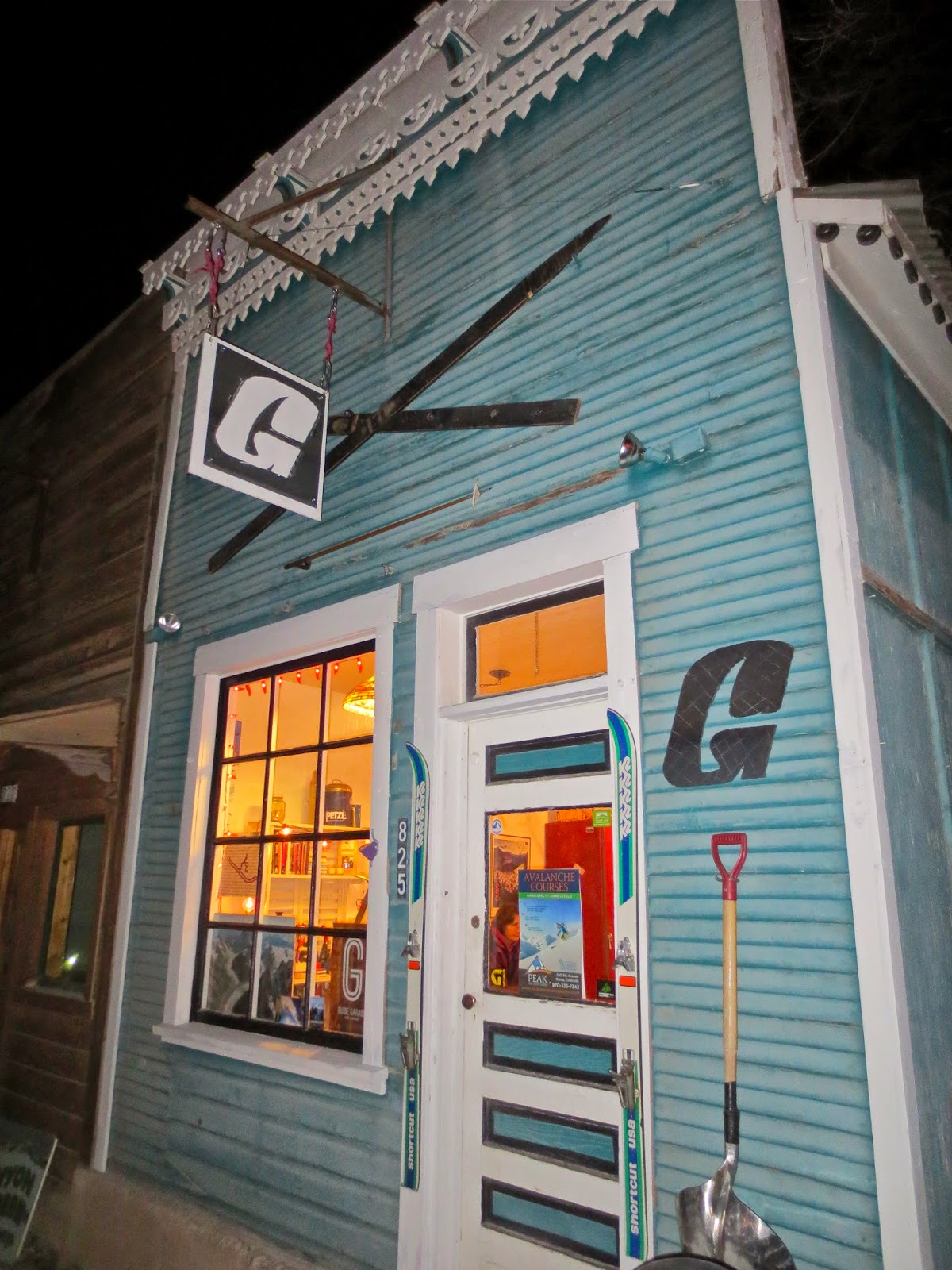 Friends, Averill and Gary had a Yule Night Grand Opening of their new winter business endeavor, The Guide Garage. More than a tune-up shop for skis, it's a "Hang Out" for anyone who loves leaving tracks up in the snow-bowls on Red Mountain.

Gary and Averill worked feverishly, trying to get the shop built and organized for the big shopping night in Lovely Ouray. They had plans for a sign with their logo on it, a big "G" made with a cutout of an ice-climber's pick, but it didn't look like there was time for that to happen. So, being Christmas and all, and having a plasma cutter and grinders just sitting in on a shelf, I volunteered to make them a "shingle" with their logo to hang out front.

It's hard to tell from the photos, but I cut two two identical logos from two sheets of steel and mounted them on both sides of a white background…leaving a inch or so of relief for depth and shadow. In doing this they ended up with four logos to use, the two mounted against the white backboard, plus the two leftover "G" cutouts that they ended up using as well.

Averill also wanted the same logo and "Guide Garage" carved onto a cedar board that she could hang in the front window after painting the routed out letters a brilliant, eye catching red. 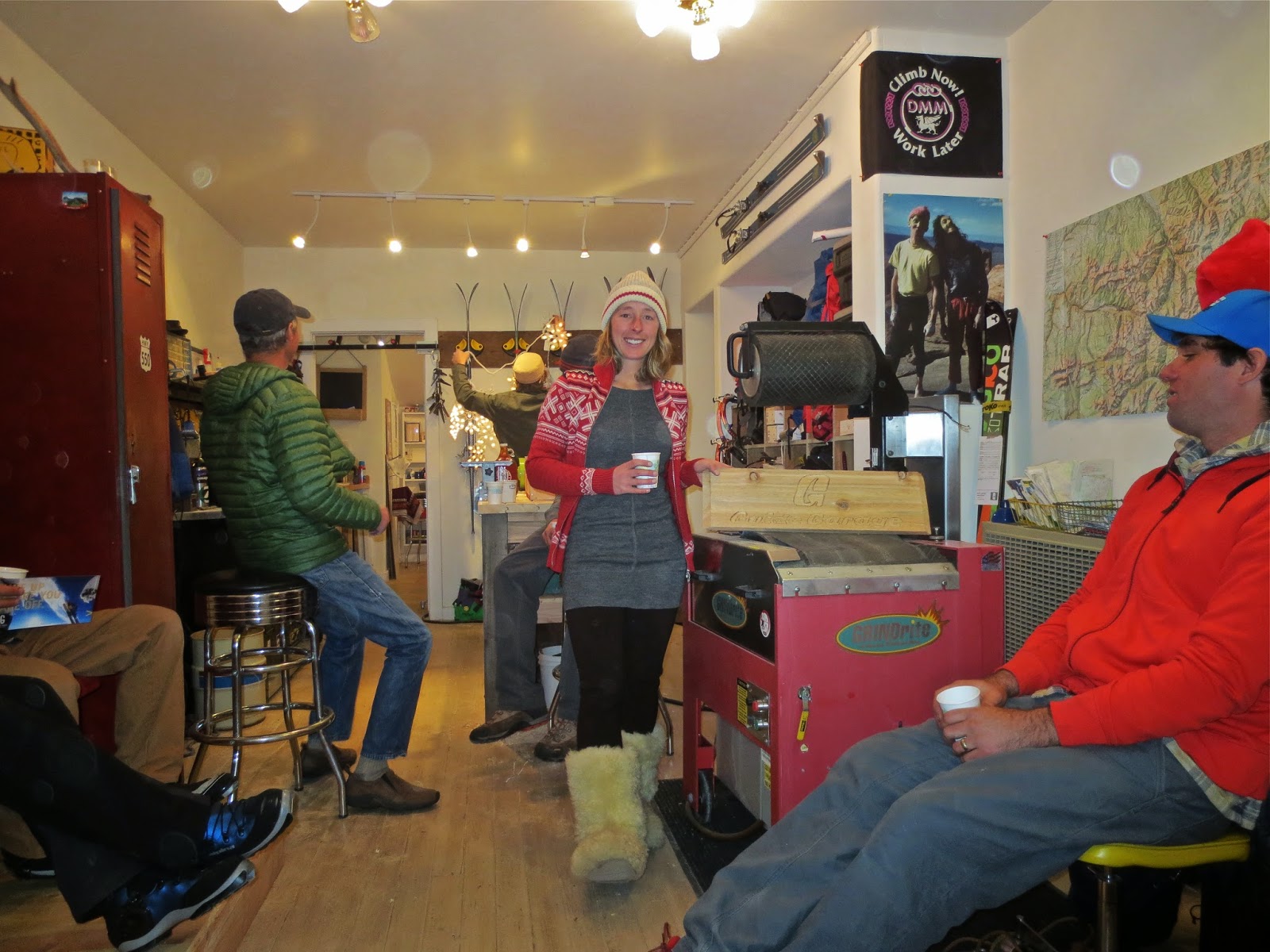 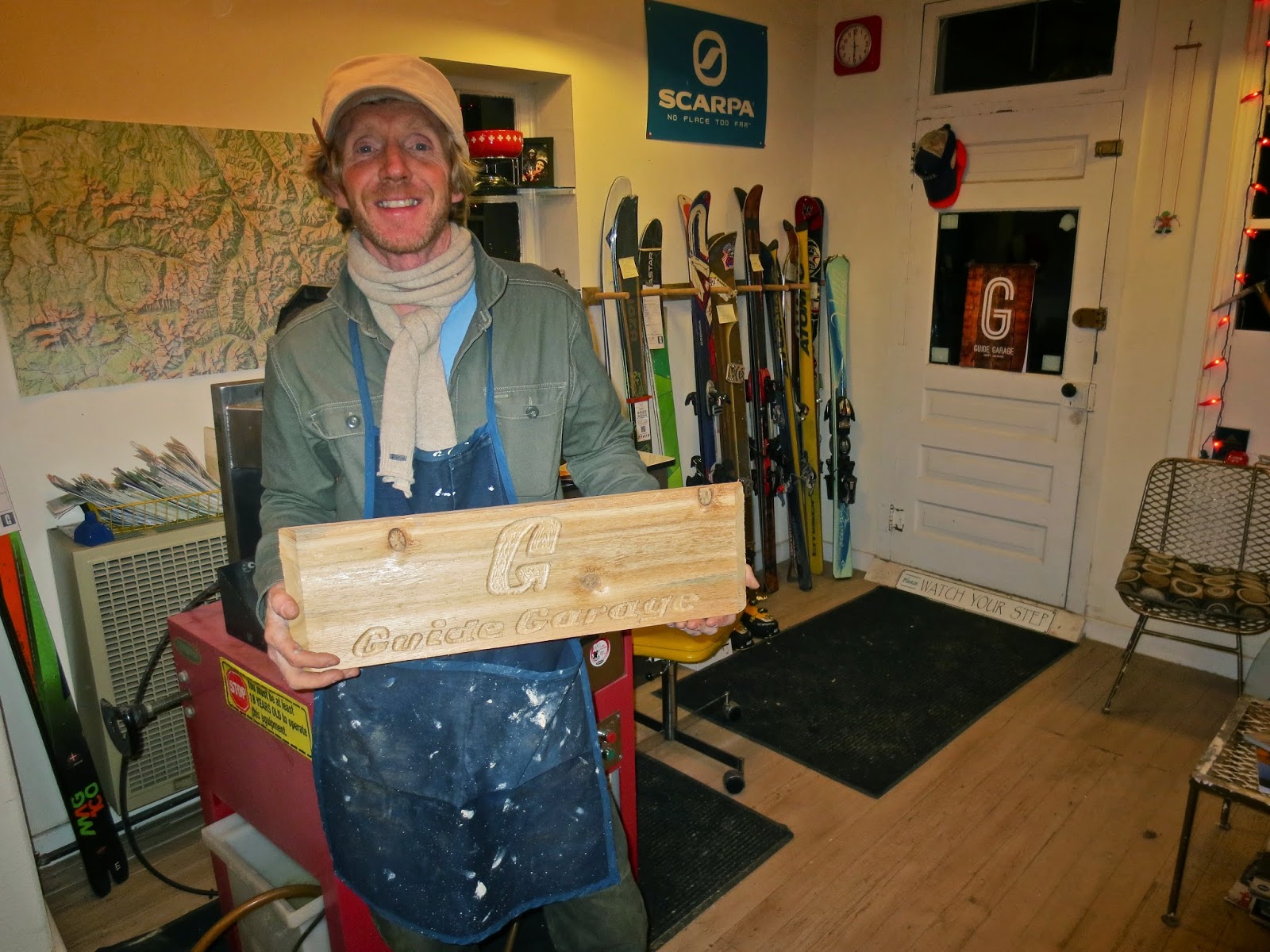 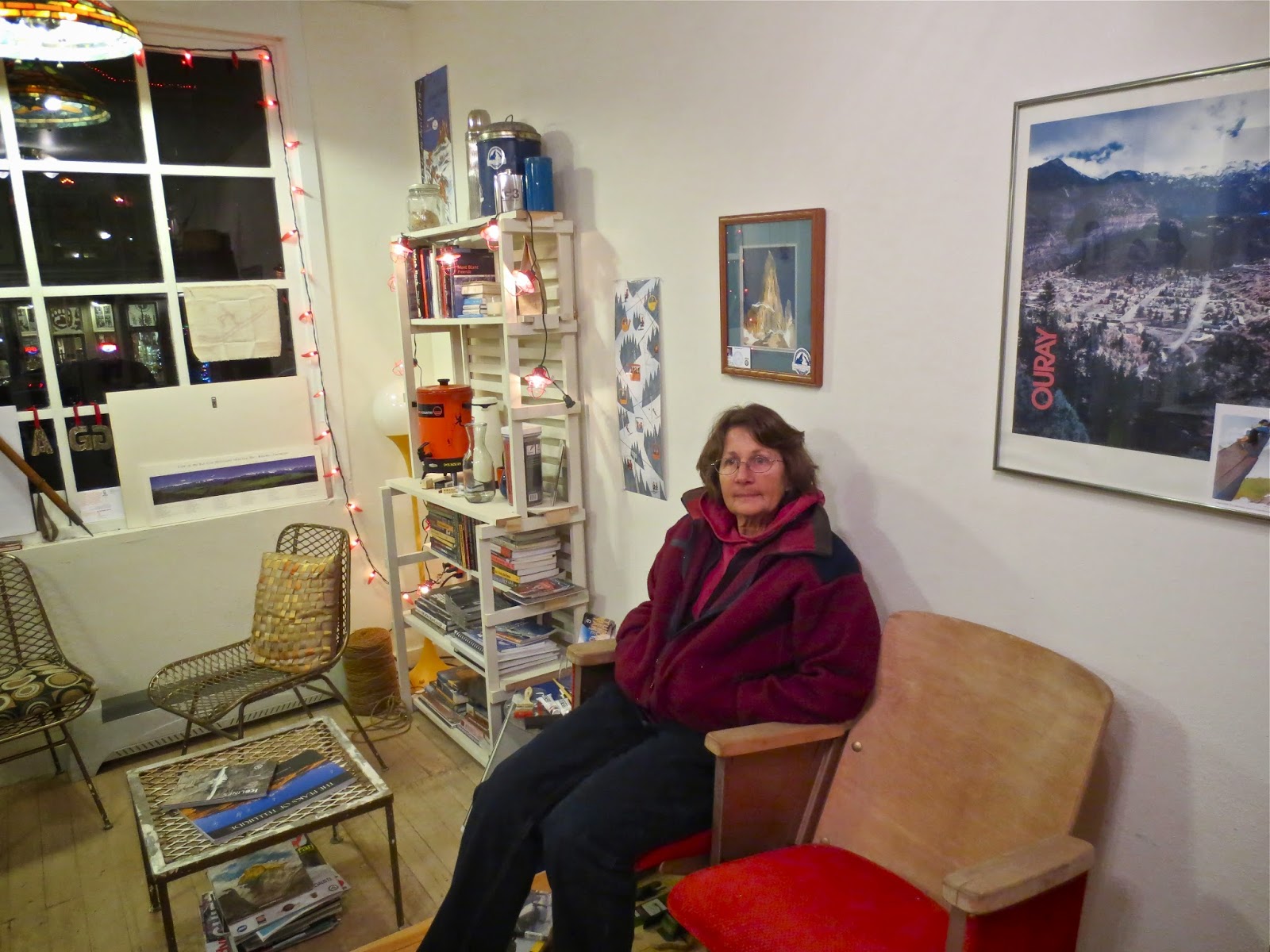 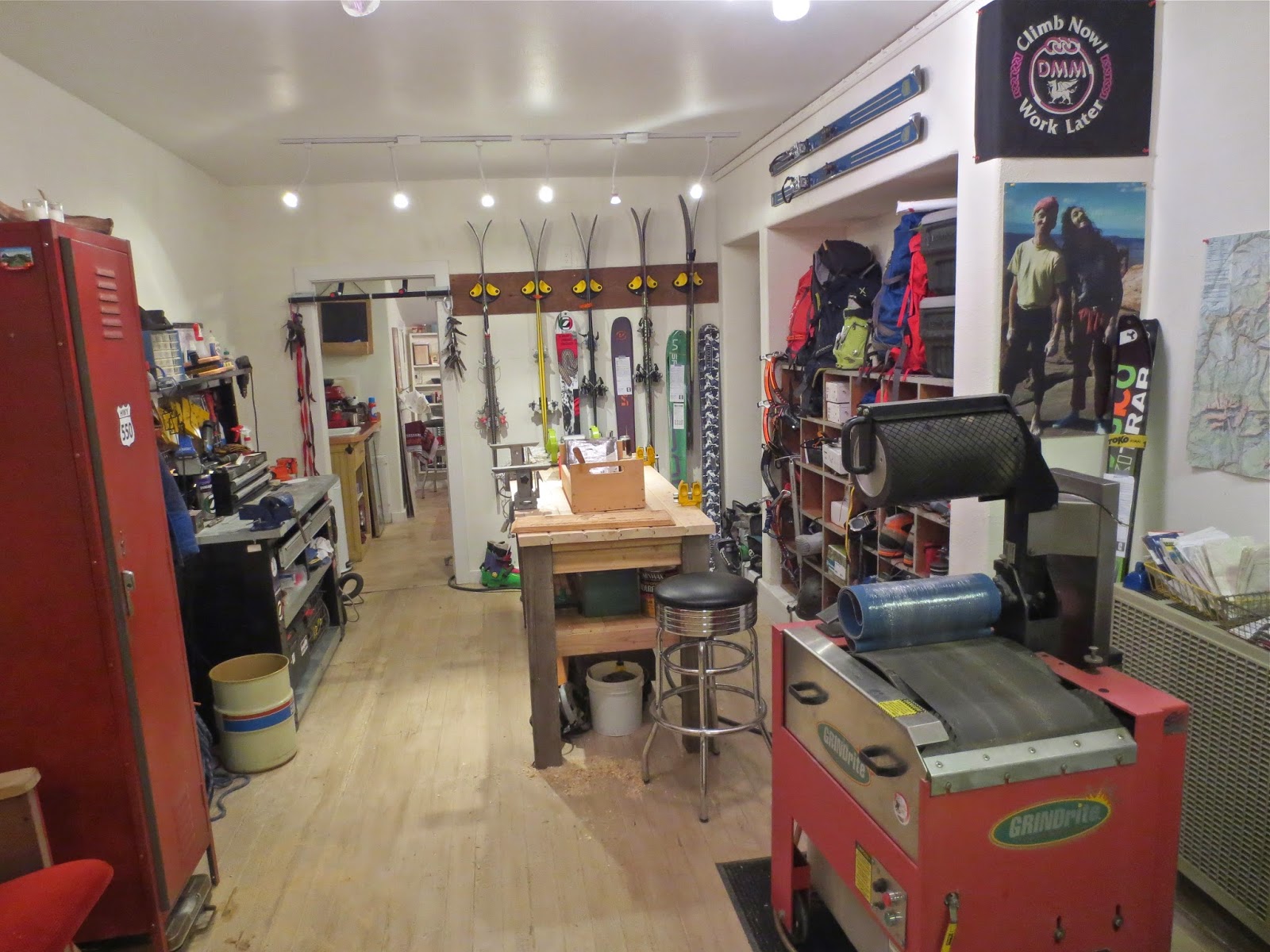 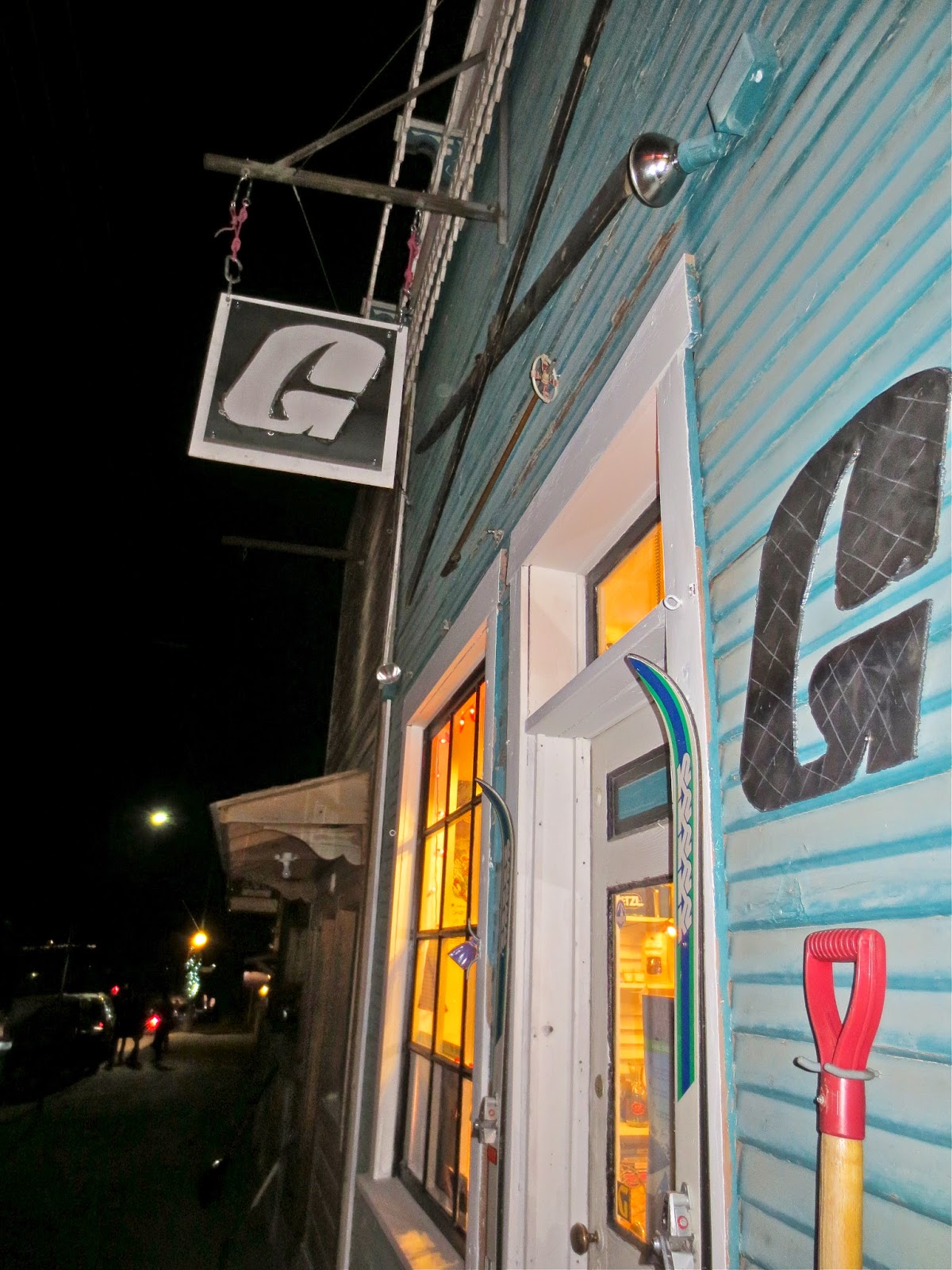 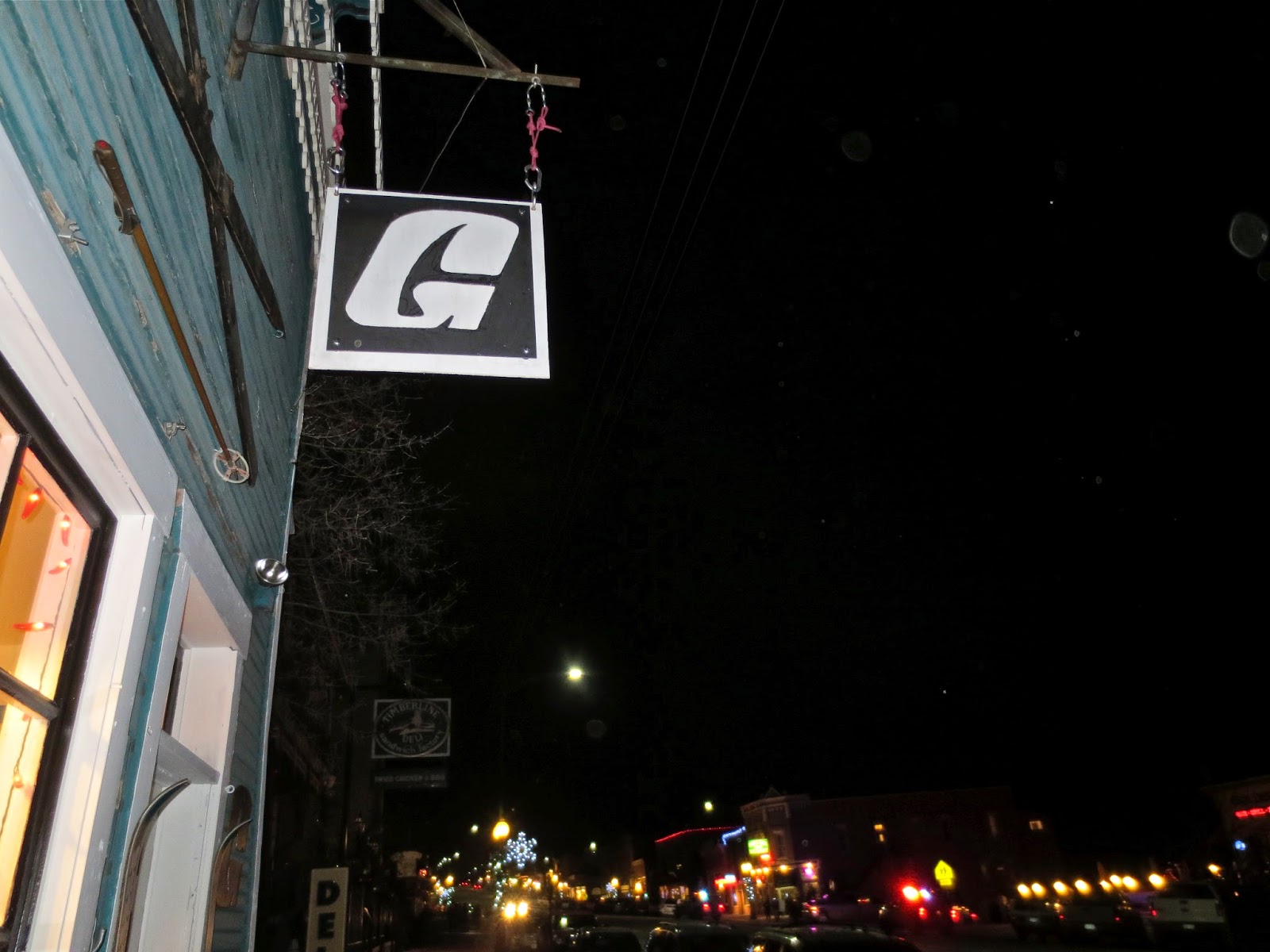 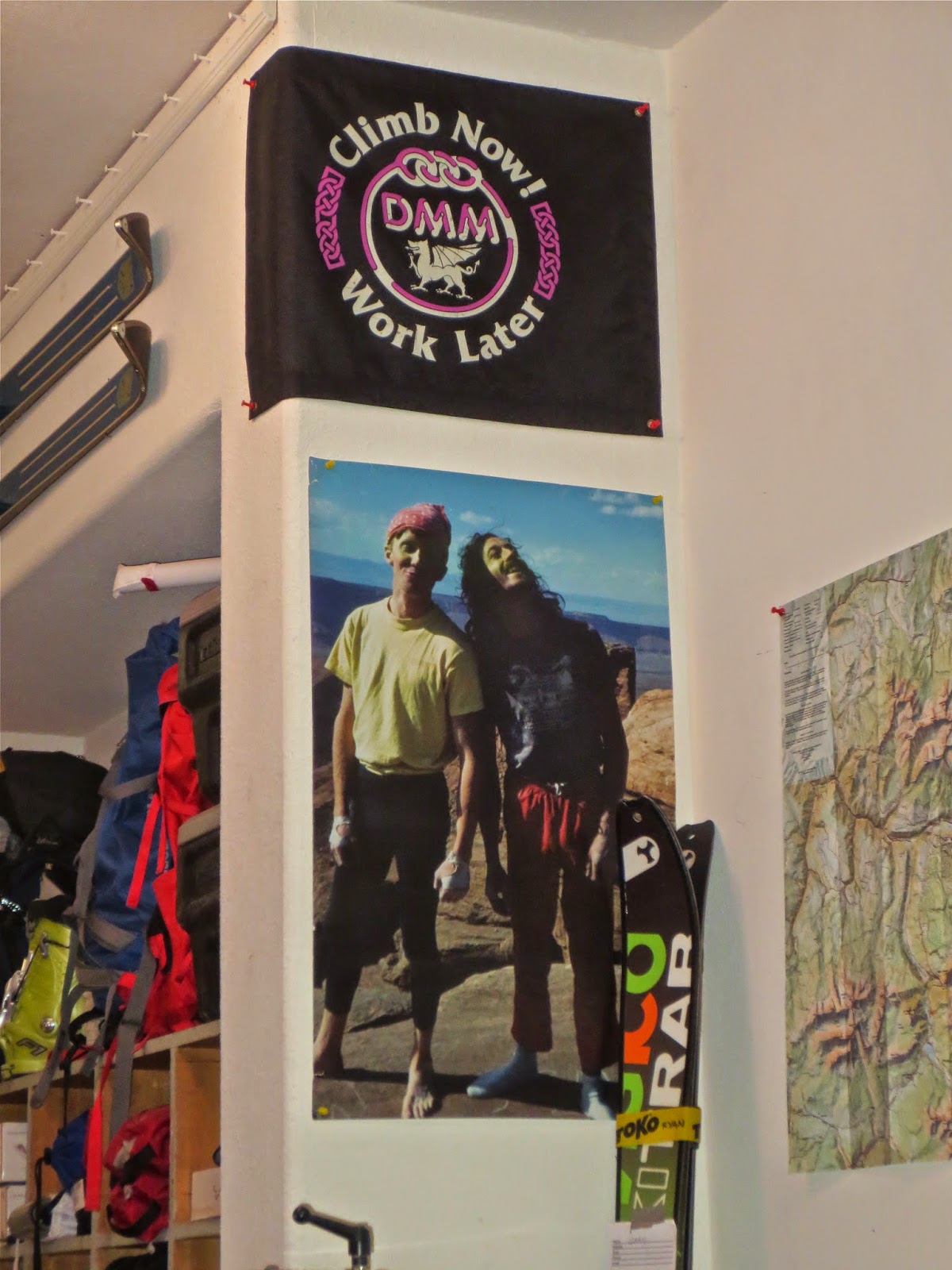 Averill plans to have hearty hot oatmeal and breakfast burritos for sale, as well as hot coffees and teas. So stop in and have a look if you happen to be passing through our winter wonderland anytime soon.  Good luck guys!!!
Posted by Box Canyon Blog.com at 9:02 AM