Weeeeee! A Day of Playing on the Slickrock...and, Accidental Civil Disobedience 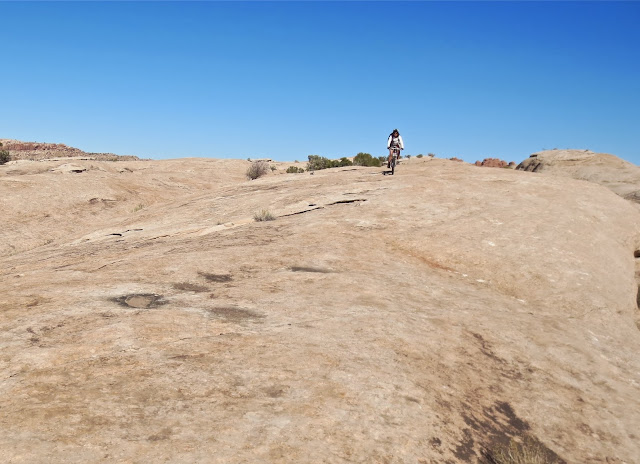 Above, Bobbie cruises down one of hundreds of slickrock "loaves of bread." That's what they look like so that's what we call them. And Geeze Louise, we are falling in love with the recreational offerings around Camp Boonster II...a quieter, more private site, though not as in your face red as Camp I.


In our exuberance to pedal the "loaves" we failed to notice small print on the Arches National Park Boundary marker. It read "No Motor Vehicles Beyond This Point" at the top, but down at the bottom in smaller print it read, "No Biking." Oops; didn't see that till we were on our way out. I realize and agree that there needs to be more stringent regulation in order to preserve and protect a National Park's original equipment wilderness, but a mountain biker can't scar slickrock beyond the few blood stains he might leave behind. A person can walk the "loaves" to their hearts content, but must check their bikes at the door. That's ok, "It won't happen again Mr. Ranger sir. Right Boo Boo?" 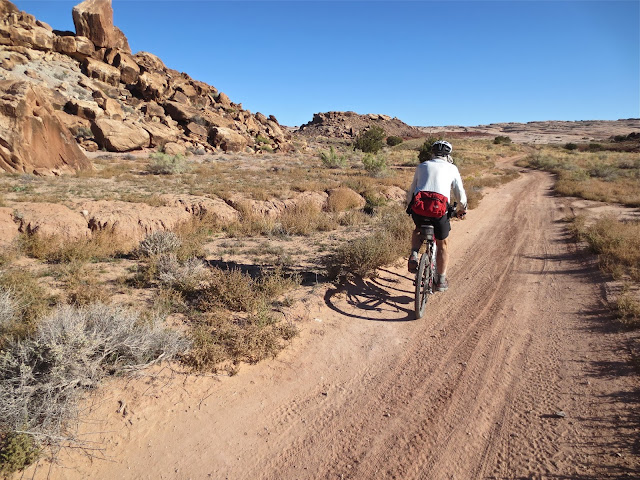 About two miles from camp this lonely road leads to a Slickrock Playground. The leading edge is outside the park and open for mountain biking. 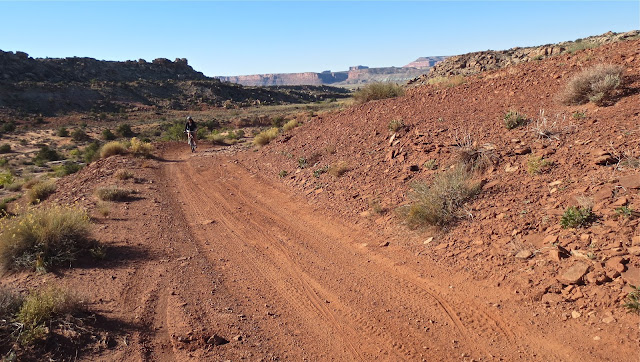 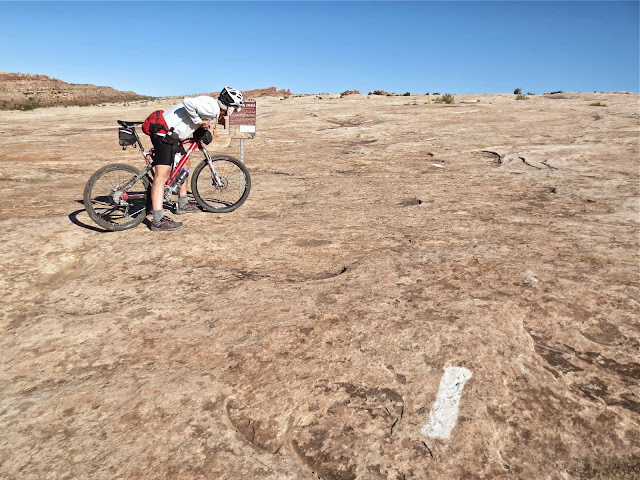 The Boonster, reading the large print. The dotted white dashes mark legitimate trails; stay on those and you're ok. 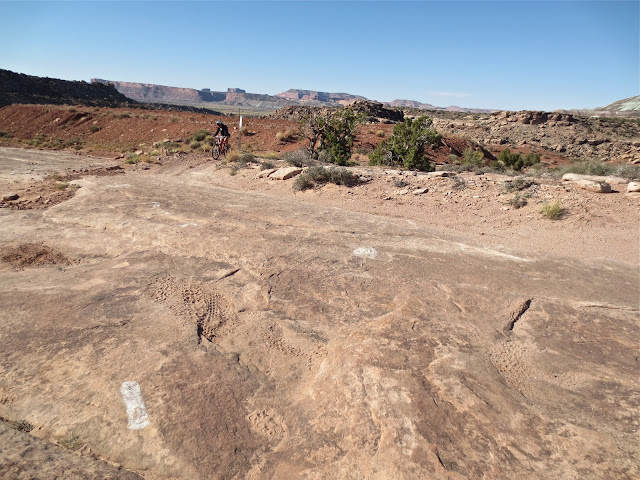 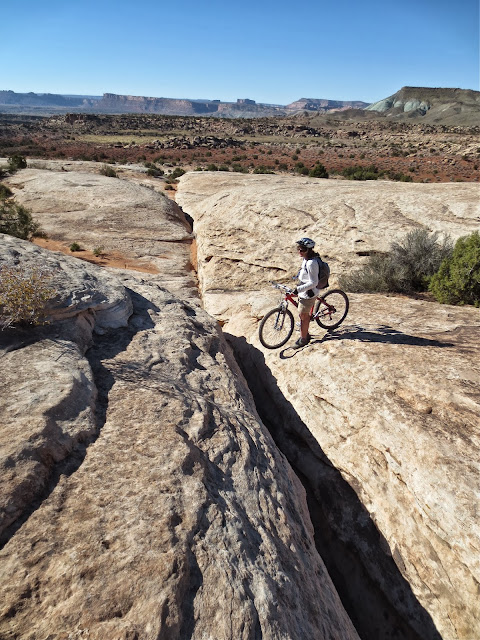 The loaves are often segmented with crevices like in the above photo. We were generally able to parallel them for a short distance and find ridable crossing points. But out here, pushing and carrying one's bike is part of the deal. 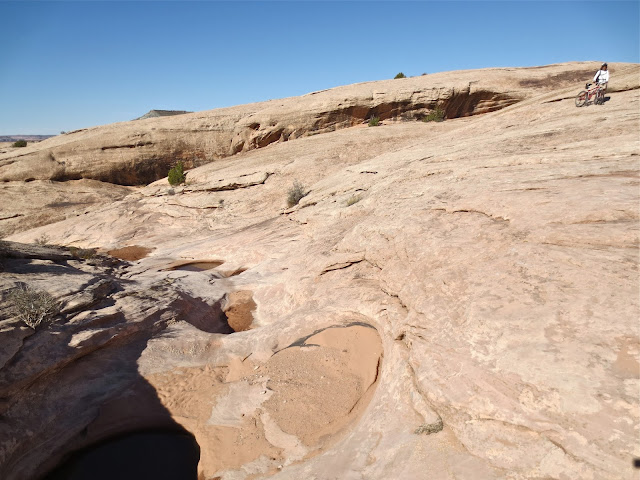 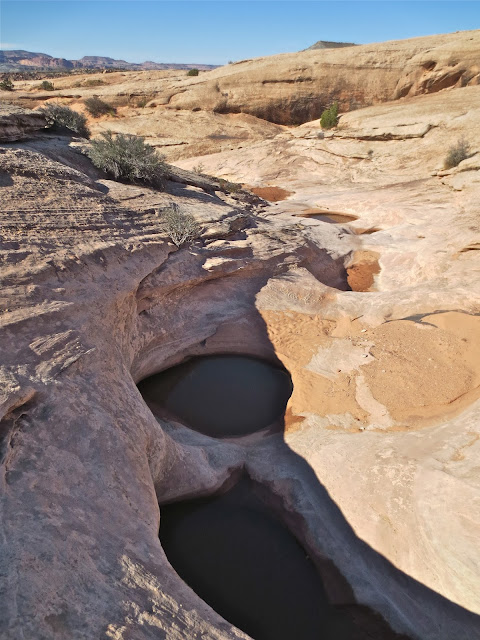 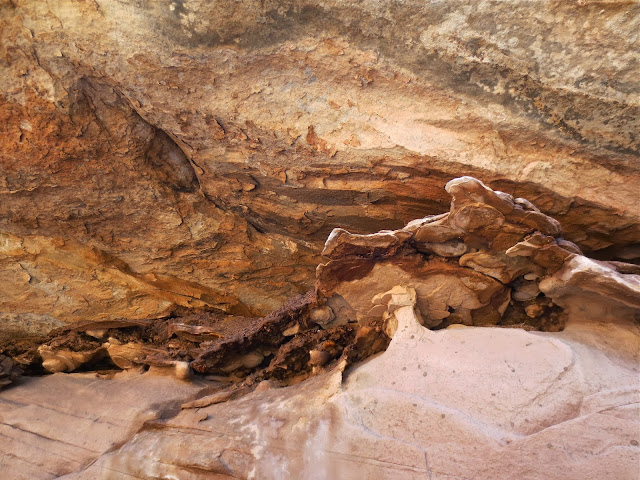 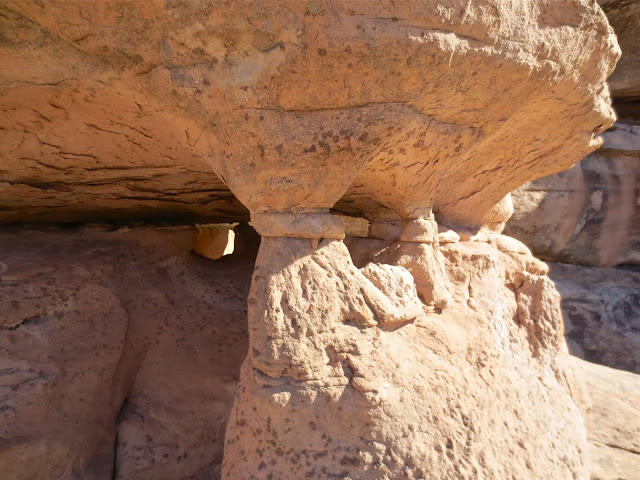 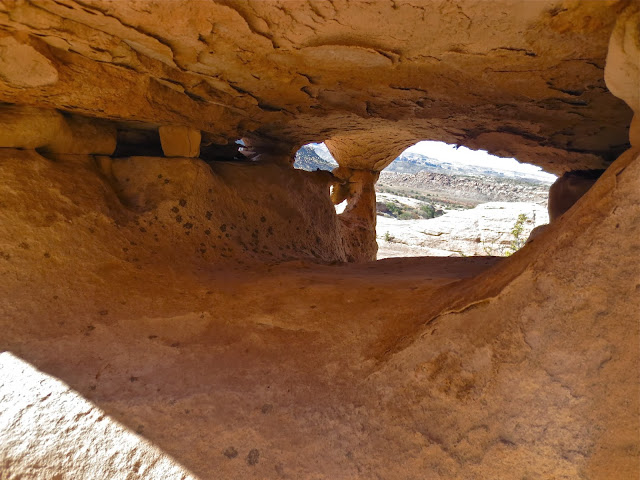 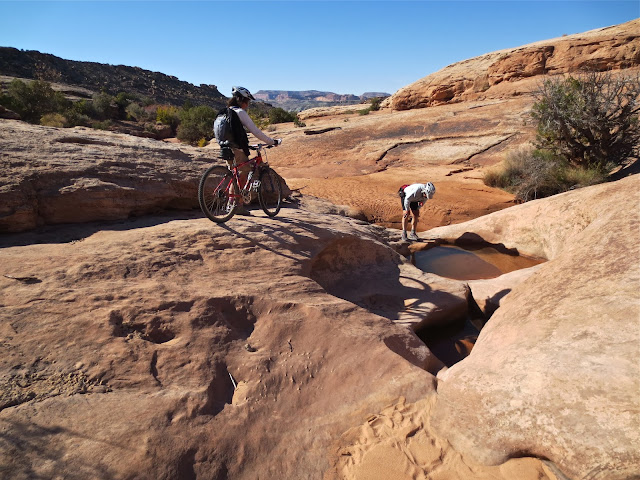 It's fun to stumble across tinajas, depressions or "bowls" filled with water. They're often found in a series one after another and provide water for critters long after infrequent rains have passed. Modern day explorer/hydrologist/anthropology buff, Craig Childs, was able to travel the most remote and dry areas of Southern Arizona solo, and live for weeks off water stored in tinajas. There were some close calls as they are hit and miss. A couple of times he was force to backtrack to a previously found pothole in order to rehydrate. Childs claims that there are a few tinajas that never go completely dry, and that early explorers and natives knew their locations because survival depended upon water, particularly during long dry spells.  His book of that experience is called "The Secret Knowledge of Water," and is a good read...as are all his books. Childs describes how sometimes he was forced to drink from hot, brackish watered tinajas teeming with swimming critters, dead bugs, bird shit, and other foul tasting pollutants. Other times he would find deep tanks, shaded, and filled with the sweetest cold water one could imagine. His GPS notations of tinaja coodinates saved his life, allowed him to stay out for weeks on end and carry less water. 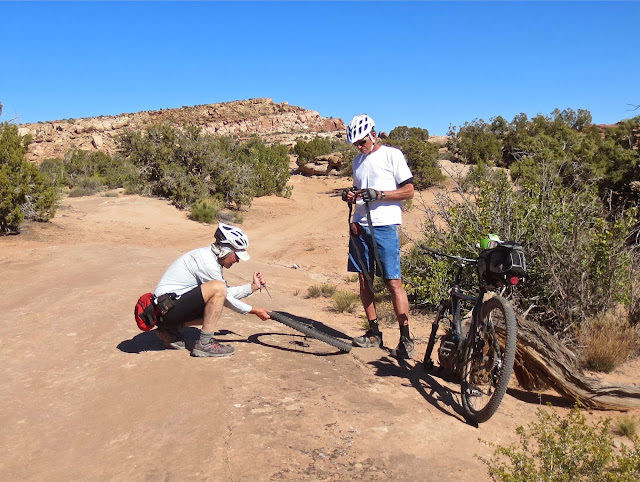 Flat tires are part of the "deal" when mountain biking Utah's back county. It's notorious for goatheads, cacti, and ledges of sharp rock...so do go prepared with tools and tubes.
Posted by Box Canyon Blog.com at 7:39 AM