Let me guess; you are growing tired of all this snow. But the BCB is a non-excluding, come-and-go kind of blog; an admitted radical departure from RV bloggers on a quest for weather to suit their Hawaiian shirts and flip-flops. But I have a revelation that may surprise some of you... I know this because it surprises me. Here's how the story goes:

Mark: I don't have the same sense of anticipation for our annual winter exodus as in previous years.

Therapist: (Jaw drops) Ok... this is seriously out of character. What do you make of that, what's going on? What's changed?

Therapist: There's a copout if I ever heard one. Everyone gets old; it doesn't change who they are. You are an escapist, Mark, always have been, always will be. It defines you, and you, more than anyone I know, kinda define the term.

Therapist: Because you're old now... suddenly?

Mark: I told you I received my first Social Security check, didn't I?

Therapist: A single birthday doesn't push one over a "cliff."

Mark: Winter's aren't so bad here, just long... and a little dark. We've been snowshoeing "Red" several times a week. Why not just stay here? It's cheaper. I swear, It would help if we could sell a house.

Therapist: How's the snow up there? God, I haven't been out once this year; it's been crazy. Winter is my busy season, you know.

Mark: Well, in your business one must "make hay" while the sun doesn't shine."

Therapist: I suppose... lots of alcohol abuse and domestic problems during winter in mountain towns. But back to you. So why are you feeling old? Is that an excuse, or would you really be content to stick out the rest of winter here when you could be traveling Arizona in your RV?

Mark: Yes. No. I don't know... We've wintered in Arizona so many times now I feel like we've "been there and done that." It doesn't feel like an "escape" anymore... just old and tired like me. If I could snowshoe "Red" a few times a week, maybe go snowboarding once in a while, on nice days and when my back allowed for it, maybe watch some football... I could make it till...

Therapist: February... the Super Bowl is the first week in February. Then it's all basketball, baby, and I know you would rather play basketball than watch it on TV... just like you'd rather run than walk. But let's talk reality. First, you shouldn't be snowboarding. Second, there are months of winter to come after the Super Bowl, Mark, grey days... storm after storm... wind. Wouldn't you rather be riding a mountain bike in Arizona, or hiking the desert rather than waiting out winter around here?

Mark: It doesn't sound as exciting as it used to. I feel like I'm on more of an adventure here, snowshoeing "Red." It's so... so... magnificent, edgy, difficult; it's intoxicating... dramatic...

Mark: Sure, that's part of it. I feel like I've done something "young." Hiking an easy trail that I've already hiked a million times, in a place I've already camped before, in a place I know like the back of my hand... does not have me on the edge of my seat this year. I honestly think I would be more stimulated and challenged here, especially if I break out a new snowboard, or finally get those backcountry skis we've been putting off for years. Then we could go farther... or is it "further?"

Therapist: Why are you here? Do you want me to tell you what to do? If it were me, I would leave here in a heartbeat if I could afford to get away from doing this shit... no offense... and escape to the opposite of "this," wear shorts, play golf, and not return till the grass is green again on this side of the fence.

Therapist: Ok. Mark, you are a jaded adrenaline junkie who has difficulty appreciating the "Nows" that avail themselves to your feet. You think you can only be happy when you are "high" on something. Well let me tell you "something!" Everything is relative... if you never "come down," the "high" goes away! You are losing the ability to feel comfortable with "normal." You just want to stay "strung out!"

Therapist: Sorry for all the drug metaphors, but it is a drug problem you have! You are strung out on the effects of a lifetime of adrenaline/serotonin, adrenaline/serotonin, such that when you don't have a "fix," uh, uh, a game, a hill, a mountain... uh, new territory or a "floozie" to give you an "orgasm," you can't feel happiness!

Mark, you can't confuse happiness with the effects of "drugs" induced from cliffs and crevasses and new territory. Try to seek out new lows, that's right, lows of calmness. It will help you regain perspective, and once again feel the highs of regular things... like freedom, something which you seem to be wanting to throw away, something most people I know would die to have more of... including your's truly. I want you to think about that, and we'll talk again in two weeks.

Mark: I'm sorry, I can't make that appointment. I guess I'll be in Arizona. 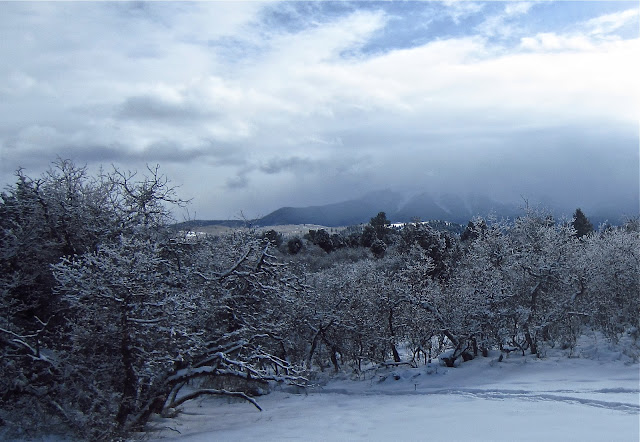 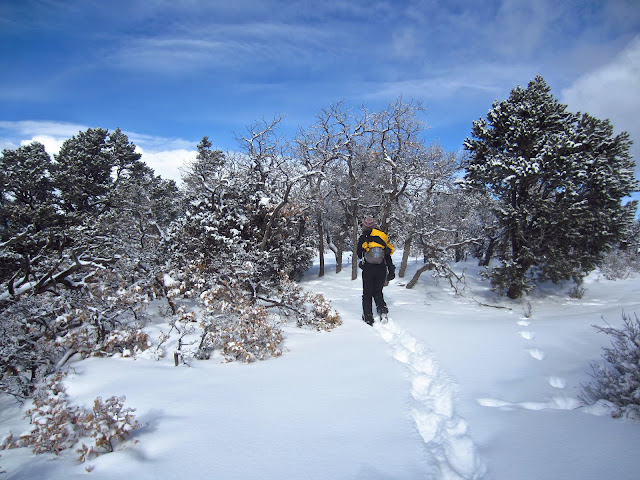 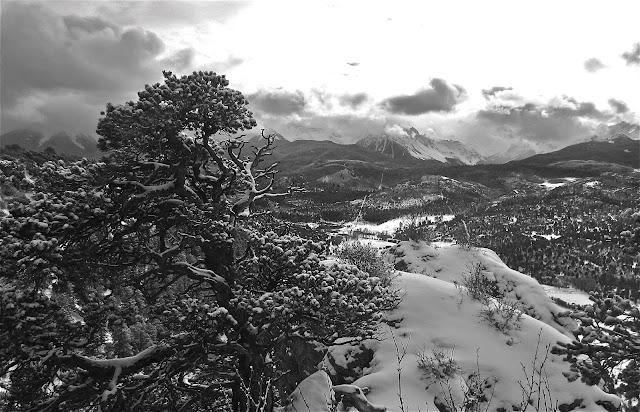 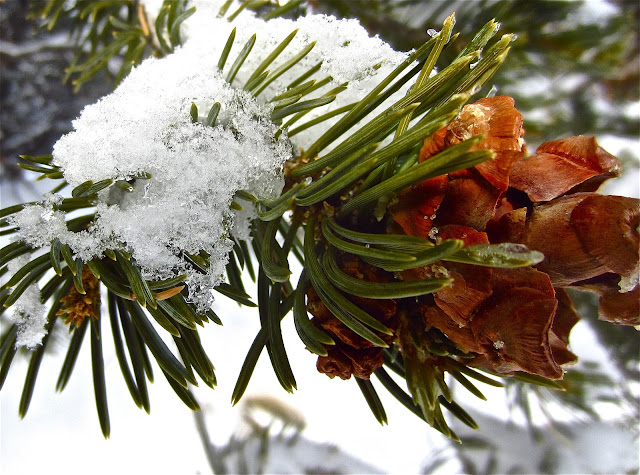 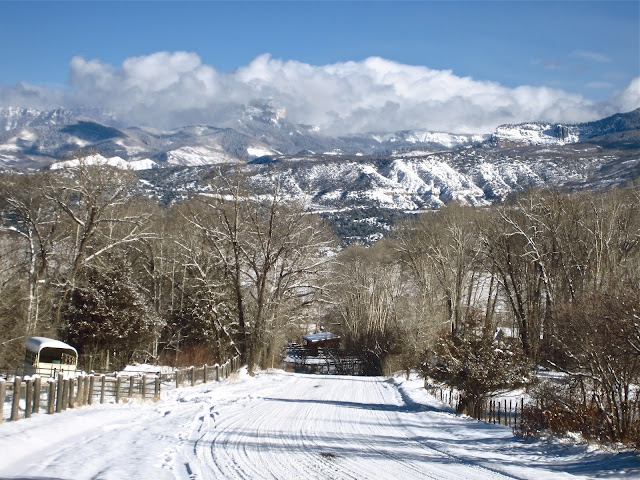 Below is a very short video clip of a robin. Bobbie has noticed more and more robins wintering over around here. Looking for excitement, maybe... "new territory." :))