Edgy Petroglyphs and Rattlesnakes, On The Rocks At Santa Clara Canyon... 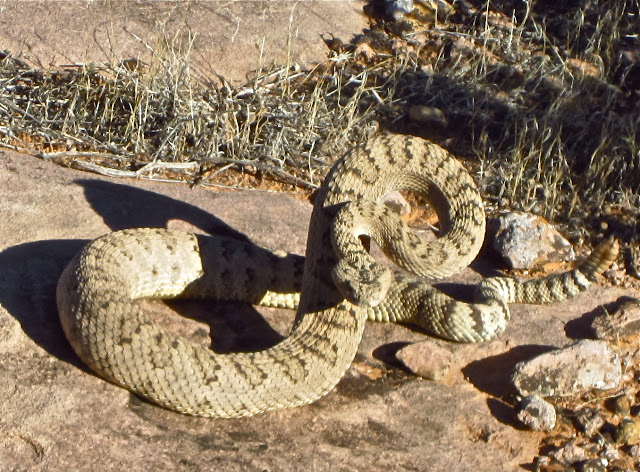 Santa Clara Canyon: Nothing shatters this desert rat's Peace In The Valley like the distinct and familiar sound of a rattlesnake... followed by the sight of a rattlesnake a few feet away. There he was, a fat, muscular spring loaded coil... cocked like a gun... daring us to come one step closer. A Mojave Rattler, looking me square in the eye, buzzing like a high voltage power line, and sizing up my intentions and distance with his wicked black forked tongue... daring me to come one step further into his strike zone. Yeah, the rattler was frightening, but he was also intriguing; an unsettling combination, fear and curiosity.

Love 'em or hate 'em, rattlesnakes are intriguing. They're like the bloody car wreck we are compelled to slow down and gawk at... but for the random grace of God, there go we. Why are humans drawn to dangerous to deadly attractions? Shouldn't we look away from the blood and gore of a pileup? Shouldn't we run like hell from rattlesnakes?

After four startled hearts settled down a bit we became fascinated with the Mojave Rattler... from a distance, of course. We kidded and giggled. That's what nervous humans do when they've just dodged a bullet, they make jokes. Weird, eh? "God, he was so close to the trail... "

You want scary? I'll give you scary. Are you one of those people who can't go anywhere without your iPod? You walk with it, hike with it, run with it, and drive with it.... earbuds obliterating the external world like some sort of ray gun?  I know this is going to piss some people off, but it's meant to be instructional. Don't go hiking in rattlesnake country with an iPod... nor, for that matter, in grizzly bear country. And, if you want to know the god's honest truth, why would you choose to jog or bike along a busy street with something that disables your main alarm for danger? Just sayin'... someday, hearing might save your life.

This Fatboy rattlesnake (I swear to God, he was as big as my forearm) gave us fair warning. The problem was, with all the trail chatting going on between Maikel, Susan, Bobbie, and your's truly, it took a second to realize what the hell was making that whirring "noise." I assumed it was a cricket or some other desert whirligig. I guess my childhood alarm is a little rusty.

Here is a link to a three minute video of Fatboy Slim, with "your's truly" getting a little too close for everyone else's comfort... including Fatboy Slim. 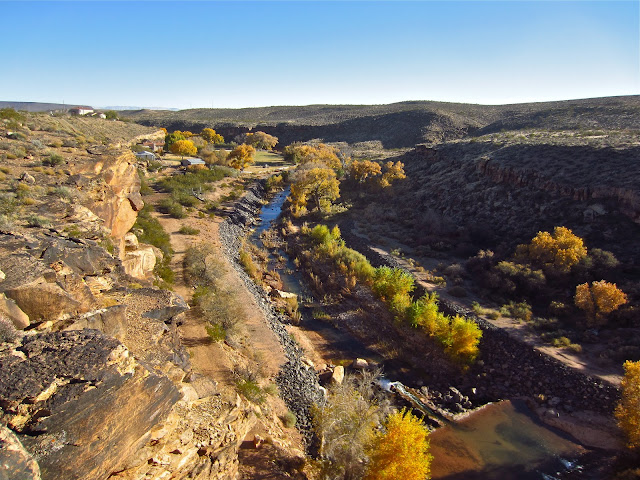 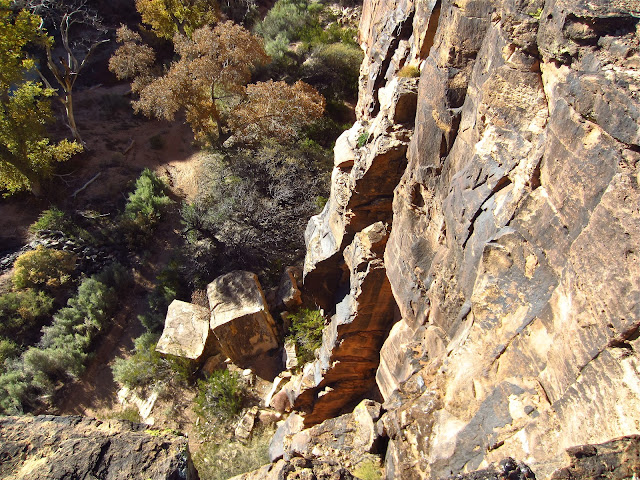 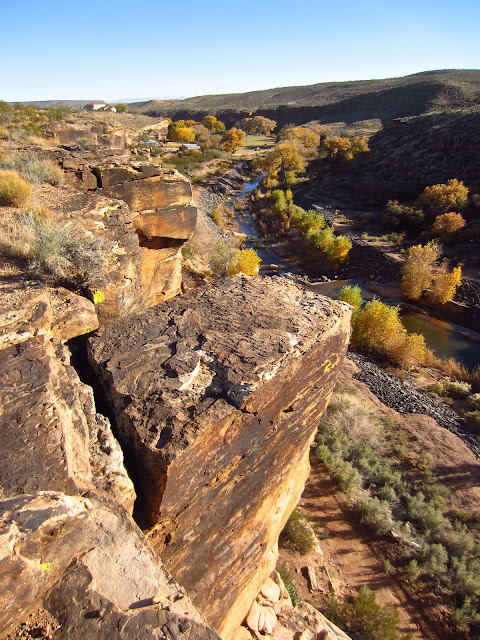 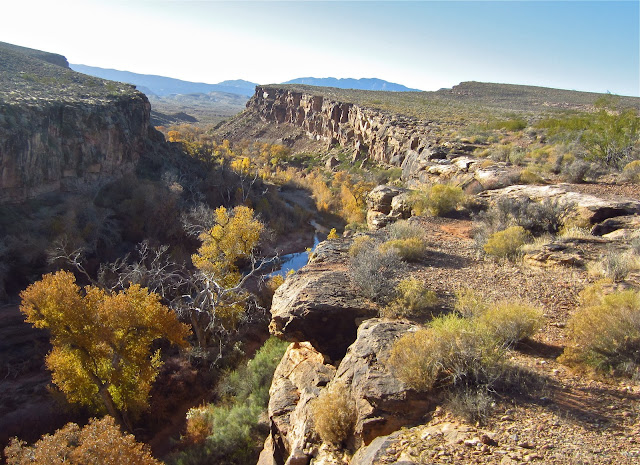 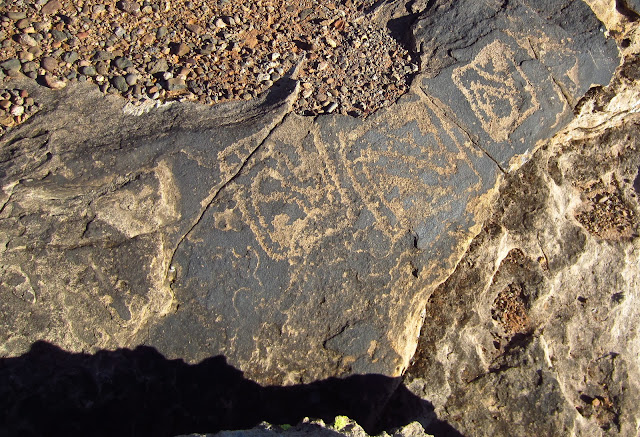 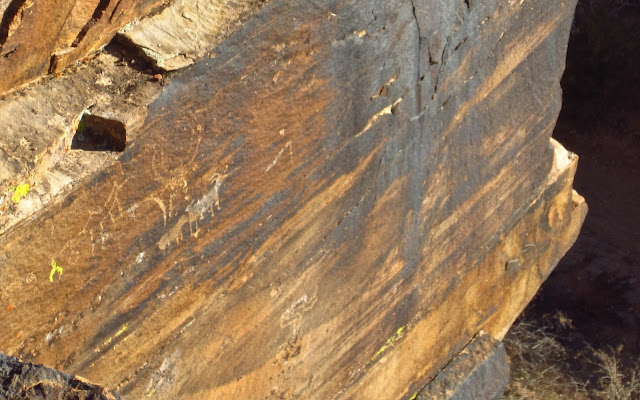 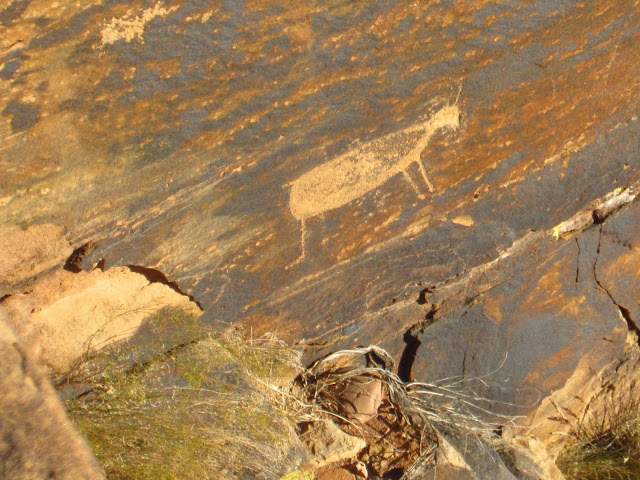 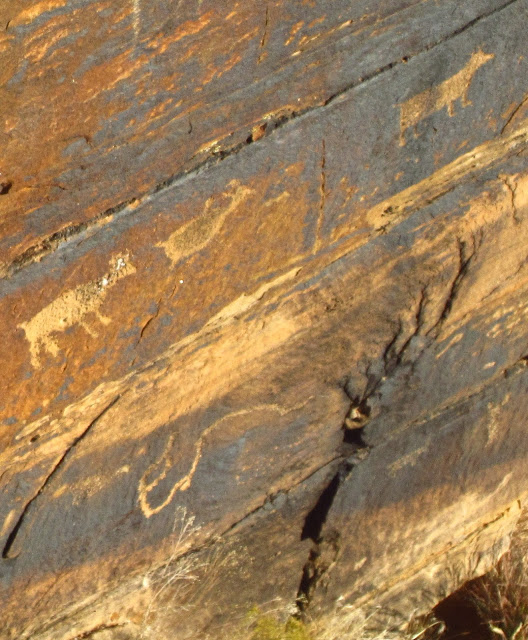 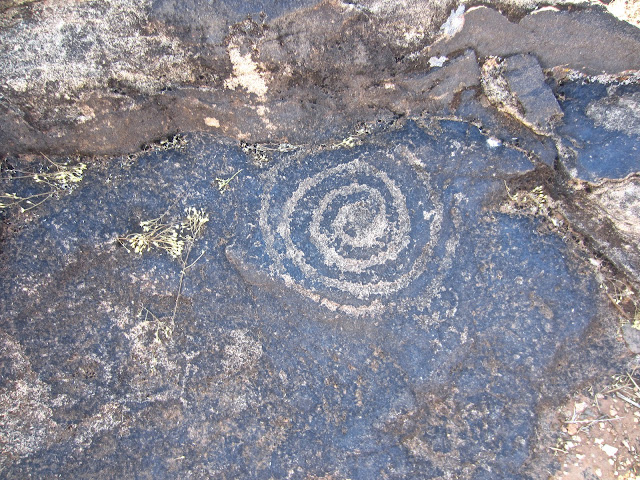 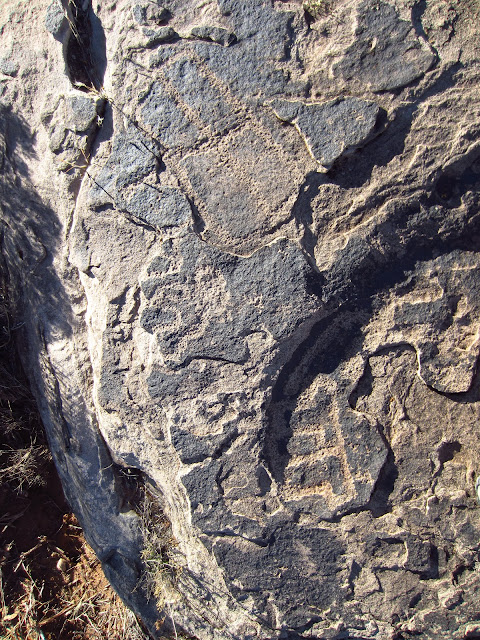 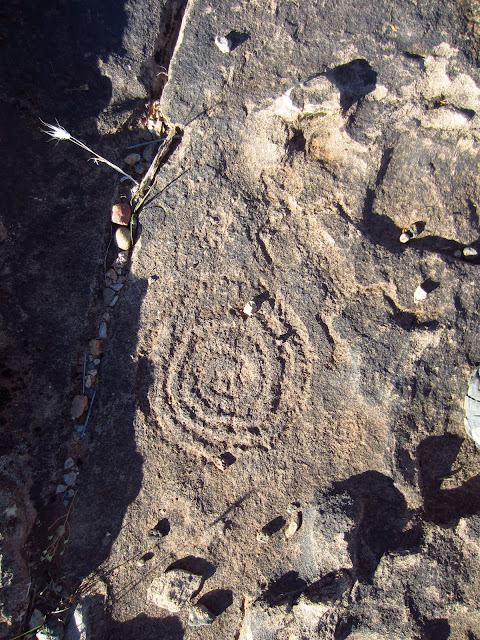 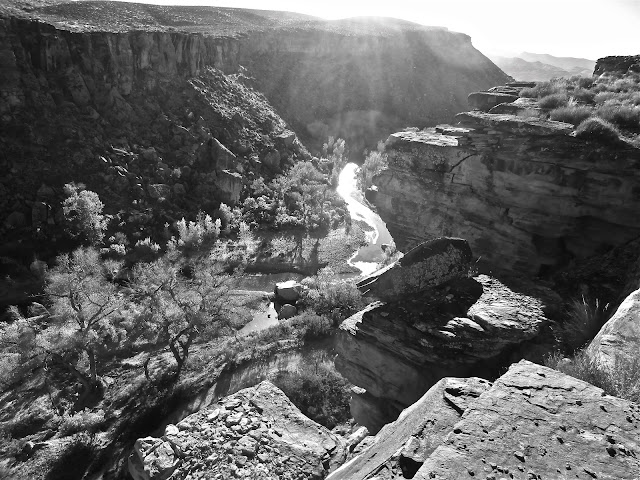 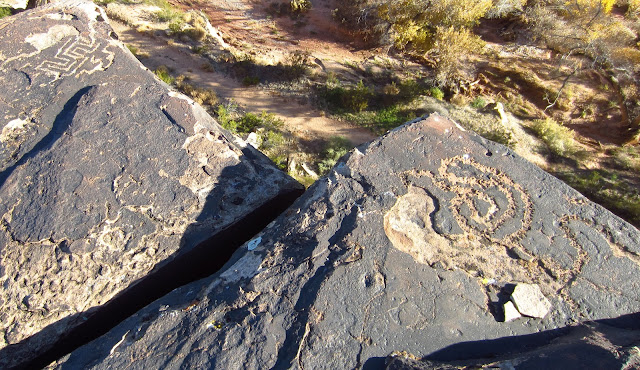 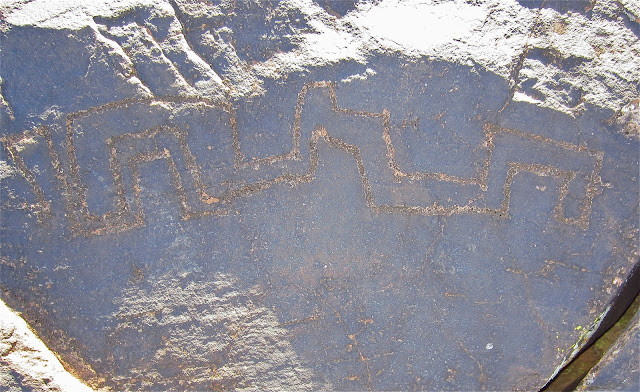 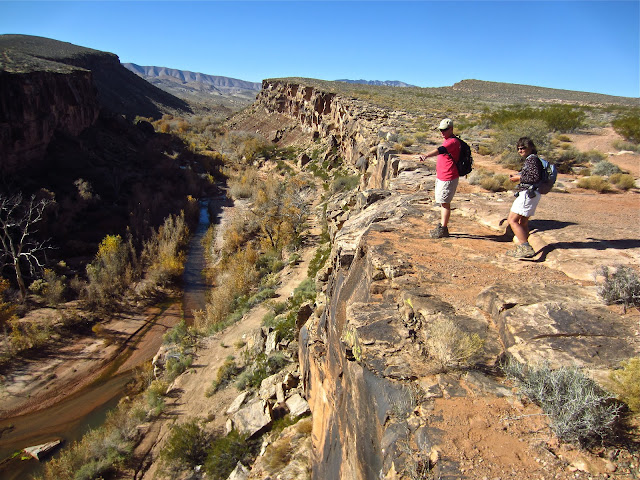 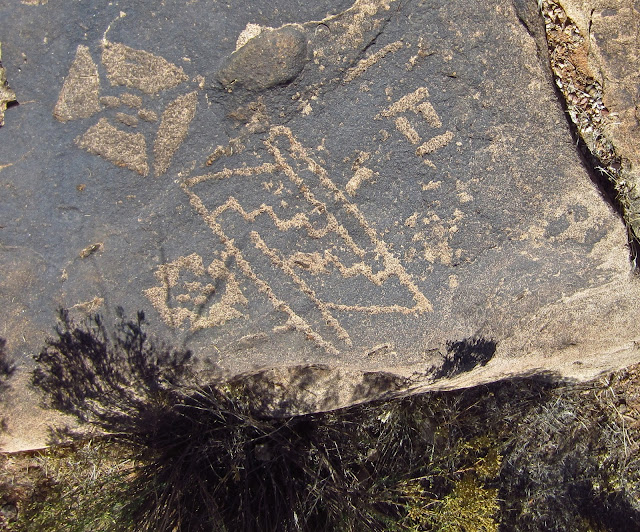 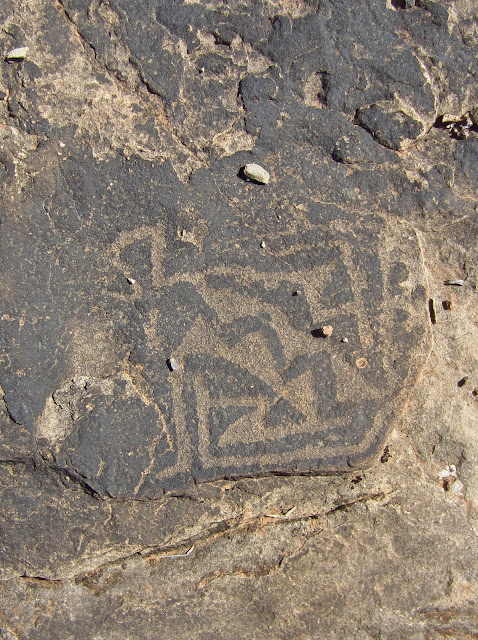 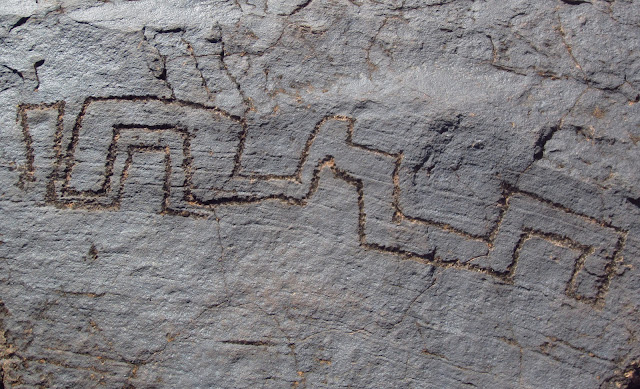 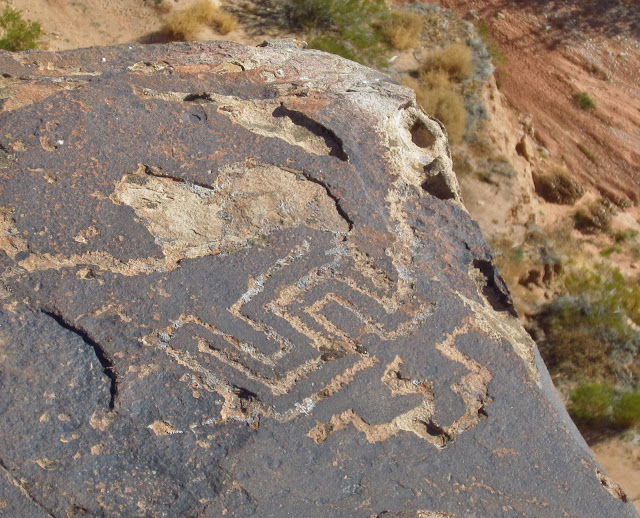 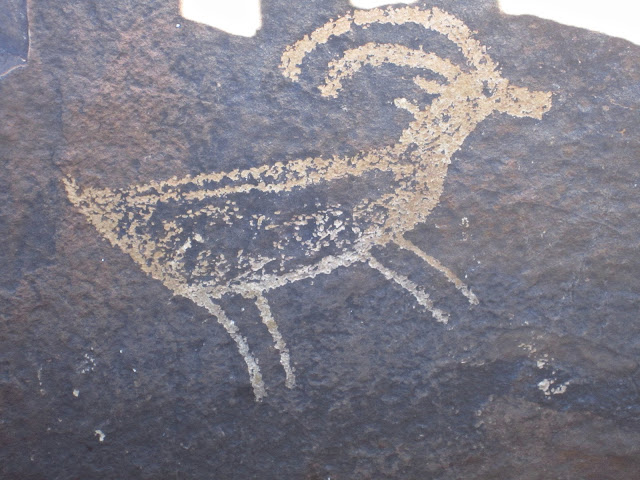 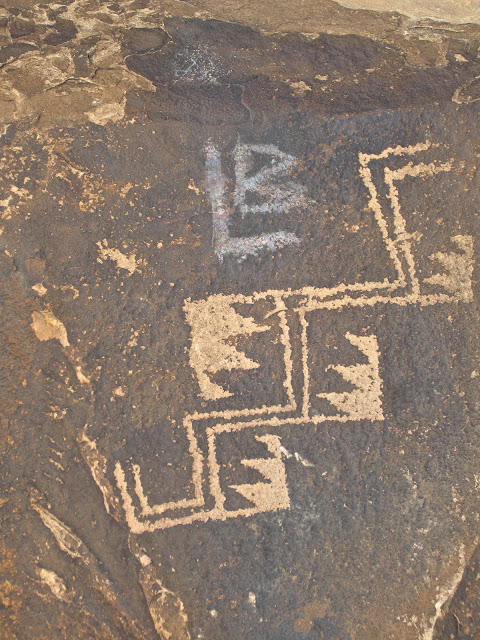 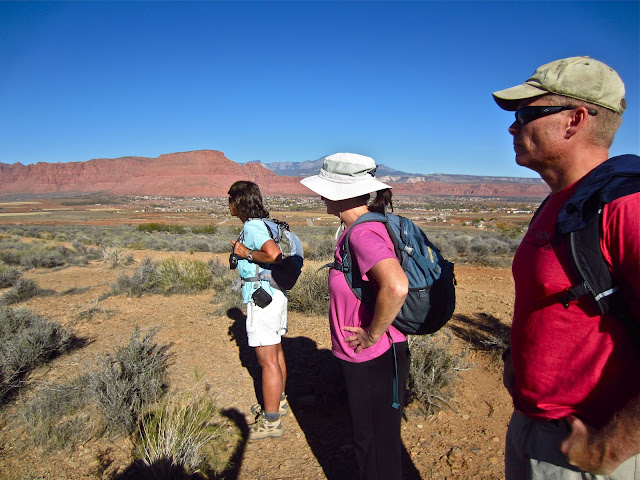 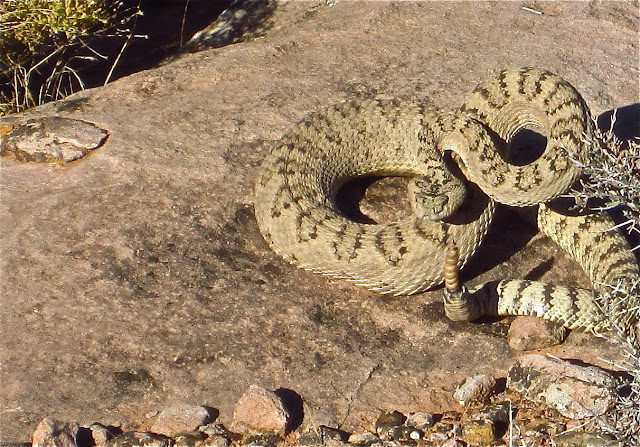 Don't forget to check out the short RATTLESNAKE video