Goldie Falls In Love With T Rex, and Fool Me Once, Fool Me Twice 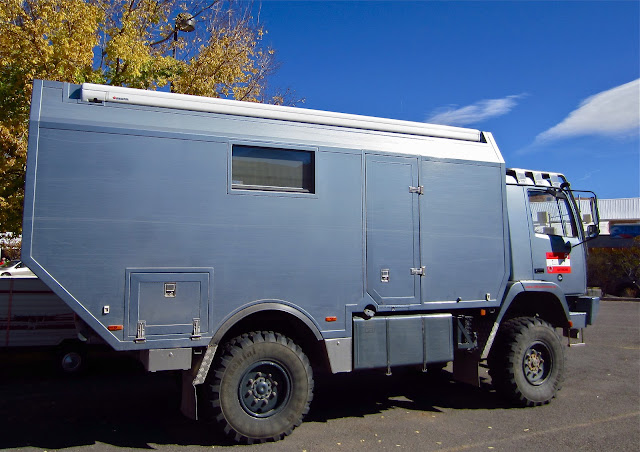 And who could blame her, just look at the body on that masculine hunk... and the size of his, uh, gas tank. Got to be on steroids.
So this puts some of our "RV Adventures" in perspective. Yes, it's all relative, I know, this isn't Africa. But wouldn't it be nice to know you could go there... on "safari," amongst elephants, lions, giraffes and wild hyenas... in a rig like that? Wonder what it costs to ship T Rex overseas?

You can check out "Hans and Gretel" here. It will help if you read Austrian, or some "Der" type language... otherwise you'll need a translation. 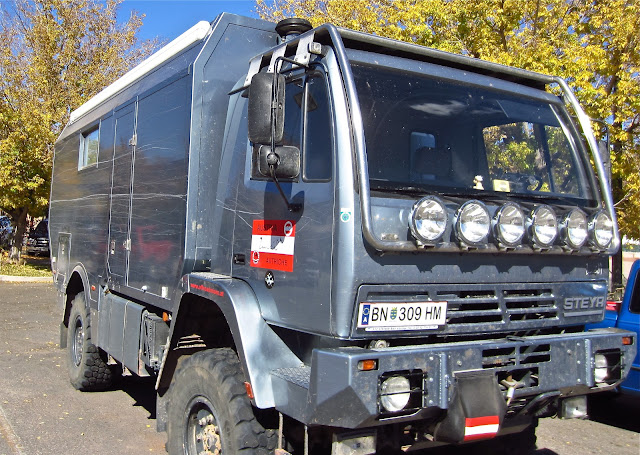 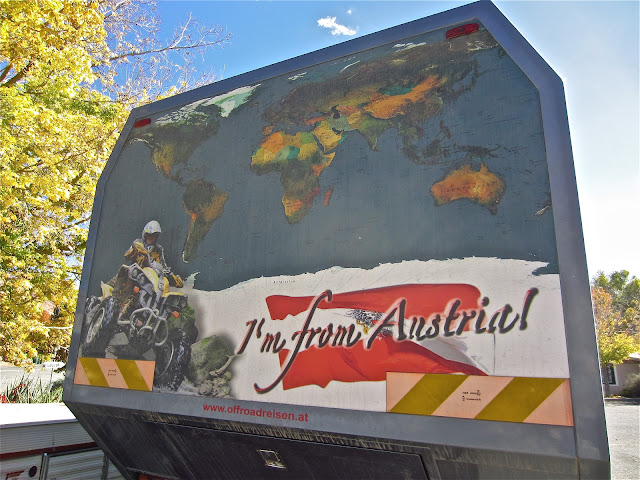 As you can see, the world is their playground. 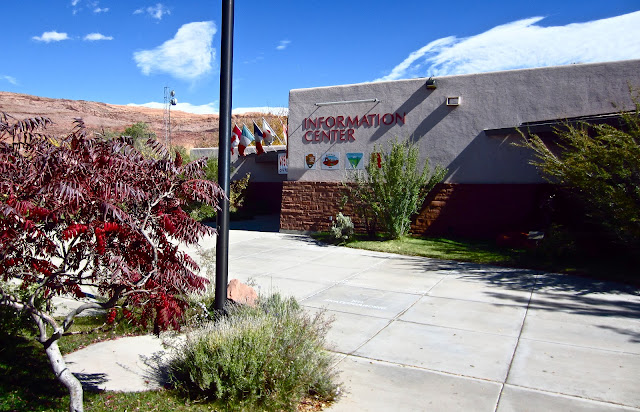 Meanwhile, back to lesser "adventures" of the less rich and infamous in Moab(sigh).

We walked Main Street end to end, got a little dry cause it was 78 degrees in the shade... 102 in the sun. Well, of course, It was Sun-day, after all.

We were feeling tired and sore from our bike ride the day before, and needed a place to get out of the intense high desert heat lamp, maybe watch a little football... a couple beer's worth, anyway. The aroma of burning meat led us to Eddie Mc Stiff's. 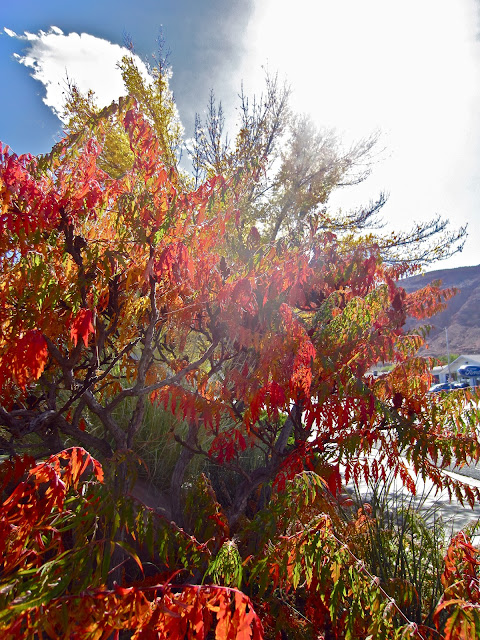 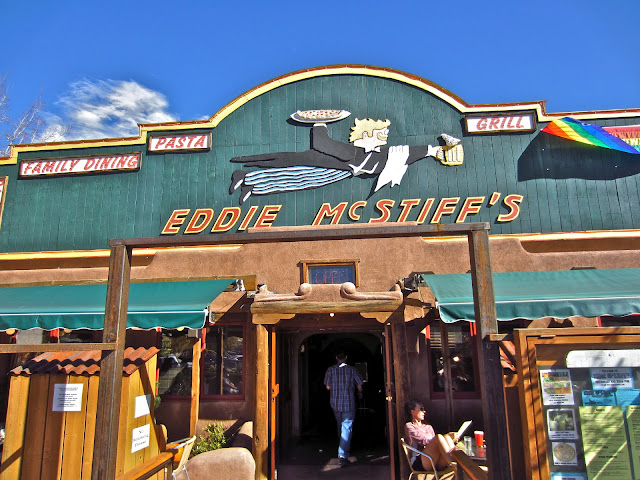 We had a seat at the bar, in front of the Pats/Jets game, and ordered Pale Ale's from the tap (Ahhhh, screw Africa, I like it here). I struck up a conversation with a pleasant lady in a red paisley blouse, presumably Ms Mc Stiff, and learned something that we did not know about the convoluted and ridiculous laws Utah has when it comes to beverages with alcohol. It happened toward the bottom of my glass, when I wasn't feeling the usual "buzz."

You see, Brew Pubs in Utah are not allowed brew adult beverages above 3.2 percent, unless they put it in a bottle. All these years, I've been poisoning my body at Mc Stiff's and the Moab Brewery, not to mention a dozen other places across the Red Rock state, with piss-water. Listen on, my dear friends...

But wait a minute here, don't you serve IPA's with high alcohol content, and wine, and mixed drinks?

So why can't you brew and sell the same IPA's from the tap?

"Well it's a Mormon thing... like, we have no liquor stores in Utah. You have to buy beer and wine and such at a State Store. But they won't sell you cold beer unless it's 3.2 percent."

So if after a long day in the ditch, if I want real beer I have to buy it warm, take it home, and wait for it to get cold?

That's inhumane! And let me get this straight, you can't brew real five to eight percent beer and serve it on tap, but you can sell it in bottles... and you can serve me a Scotch, straight up, or wine?

What if you promised the State you'd serve the five percent stuff warm?

Well then, this has been enlightening.  I'll have another IPA, this time in a bottle... preferably six percent alcohol, the higher, the better... and a gimme a Veggie Burger, please... with bacon on it. I'm making a statement here. Posted by Box Canyon Blog.com at 8:47 AM