Another Attempt On Yellow Jacket Mine 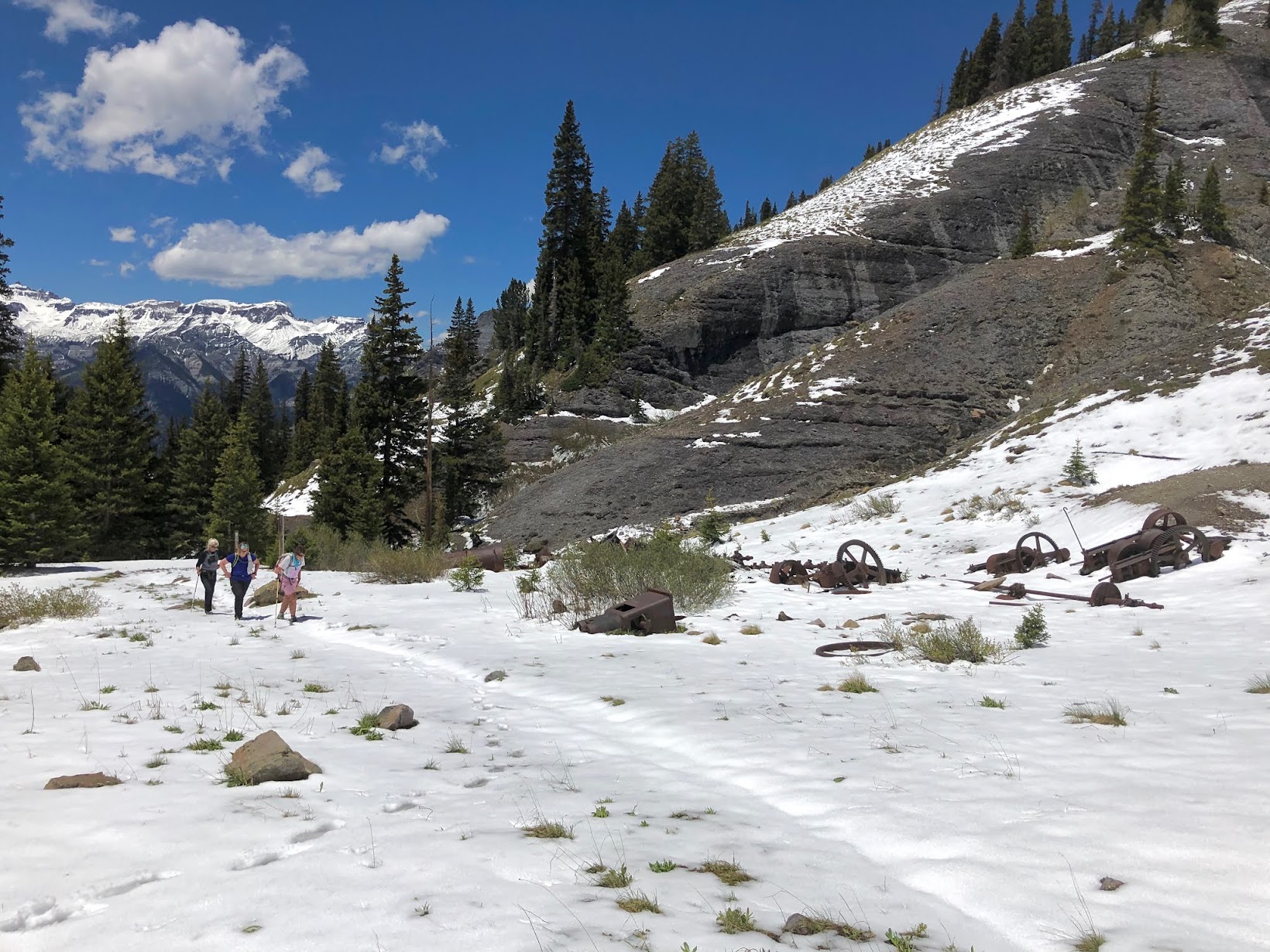 Recall a couple/three weeks ago when our geezer hiker club failed in an attempt to hike up to Yellow Jacket Mine via Bear Creek Trail. Unfortunately, we were turned back by a precipitous slide area that had throughly eroded any trace of a trail, where one slipped step could send the slip-ee over a cliff into a roaring creek swelled with spring runoff.


Not fans of turning around short of an objective, we tried to avert the dangerous section by climbing up a steep slope of tundra in order to cross the slide area at a spot that would at least give us more distance/time to arrest a potential fall... before plunging into Bear Creek. Suffice it to say that that idea was a total bust, and ended up about as risky, if not more, as tiptoeing across the steeply sloped nonexistent trail.

A few days ago Bobbie read that the volunteer trail group had gone up and reestablished the trail across the slide area, so we decided to give Yellow Jacket Mine another go. The only problem was, it had snowed the day before our second attempt. It's always something, right? 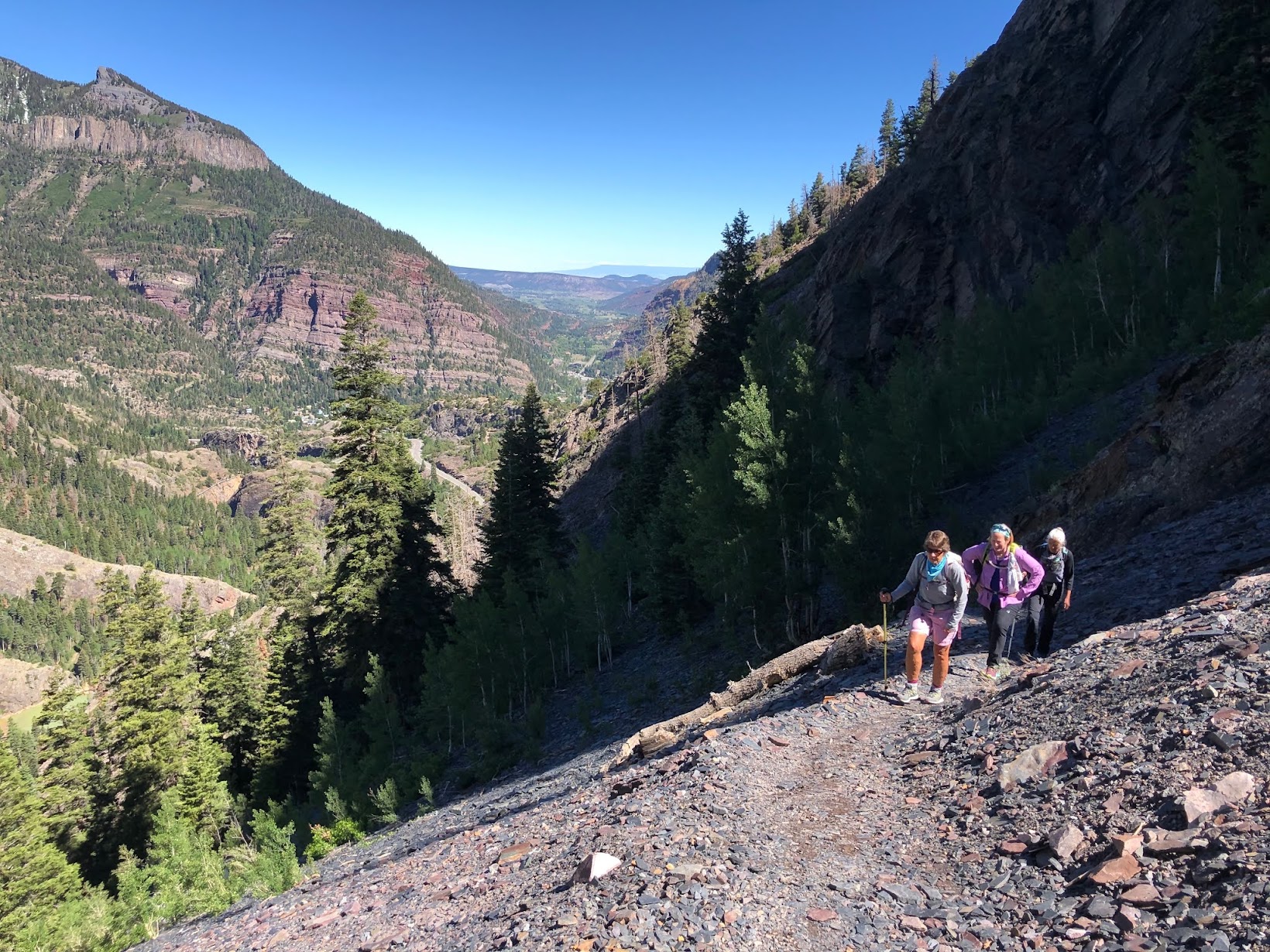 Still, we were excited because Jen (in the middle) had joined our Miss-Adventurers group, and she had yet to hike Bear Creek's precipitous etch-of-a-trail. The side story about Jen, and husband, Doug, (former full-time Rv'ers) is that they discovered Lovely Ouray through the Box Canyon Blog, and ended up moving here to live. You're welcome!

Up Bear Creek's switchbacks we go again, determined to make it to Yellow Jacket... 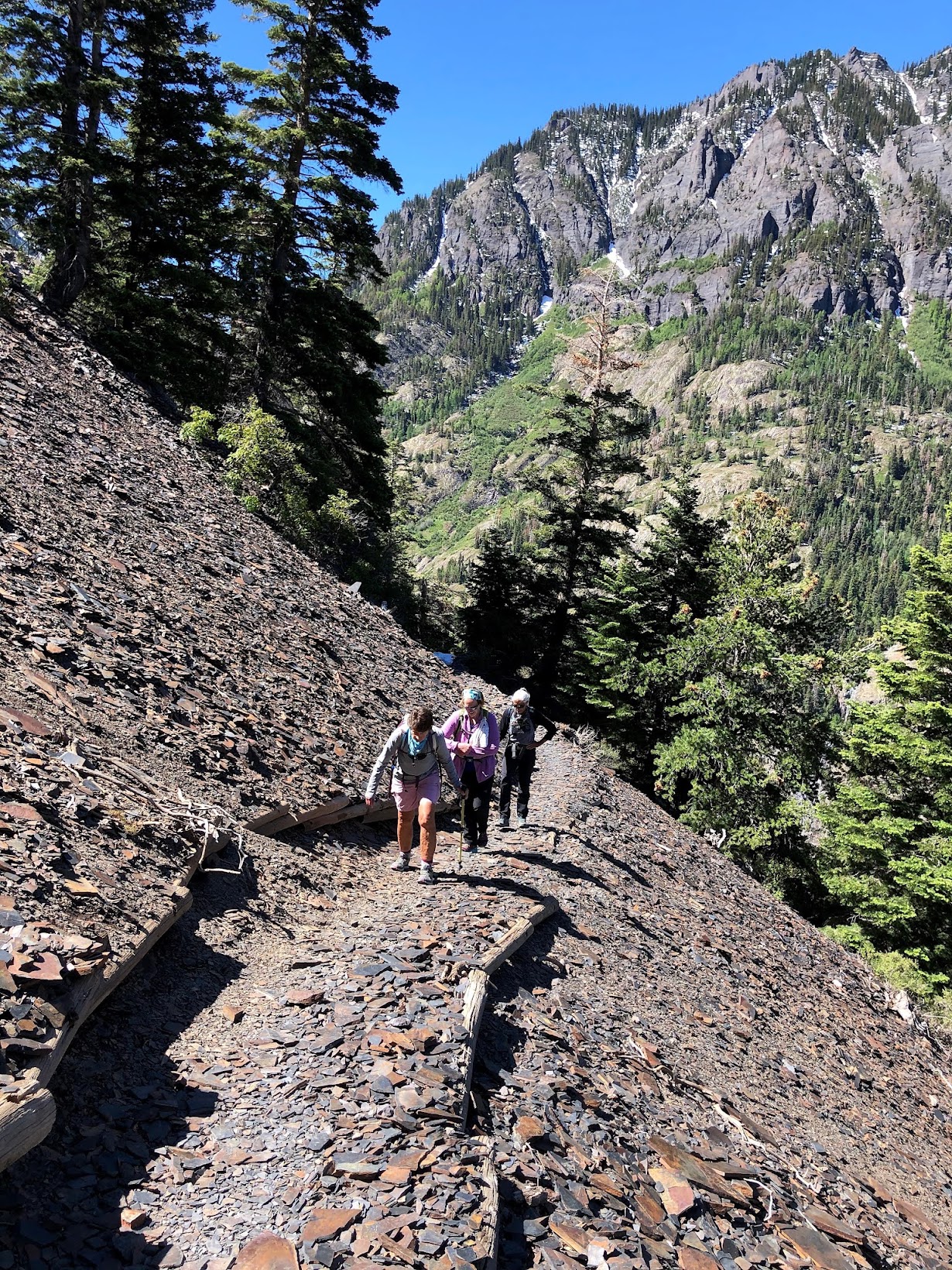 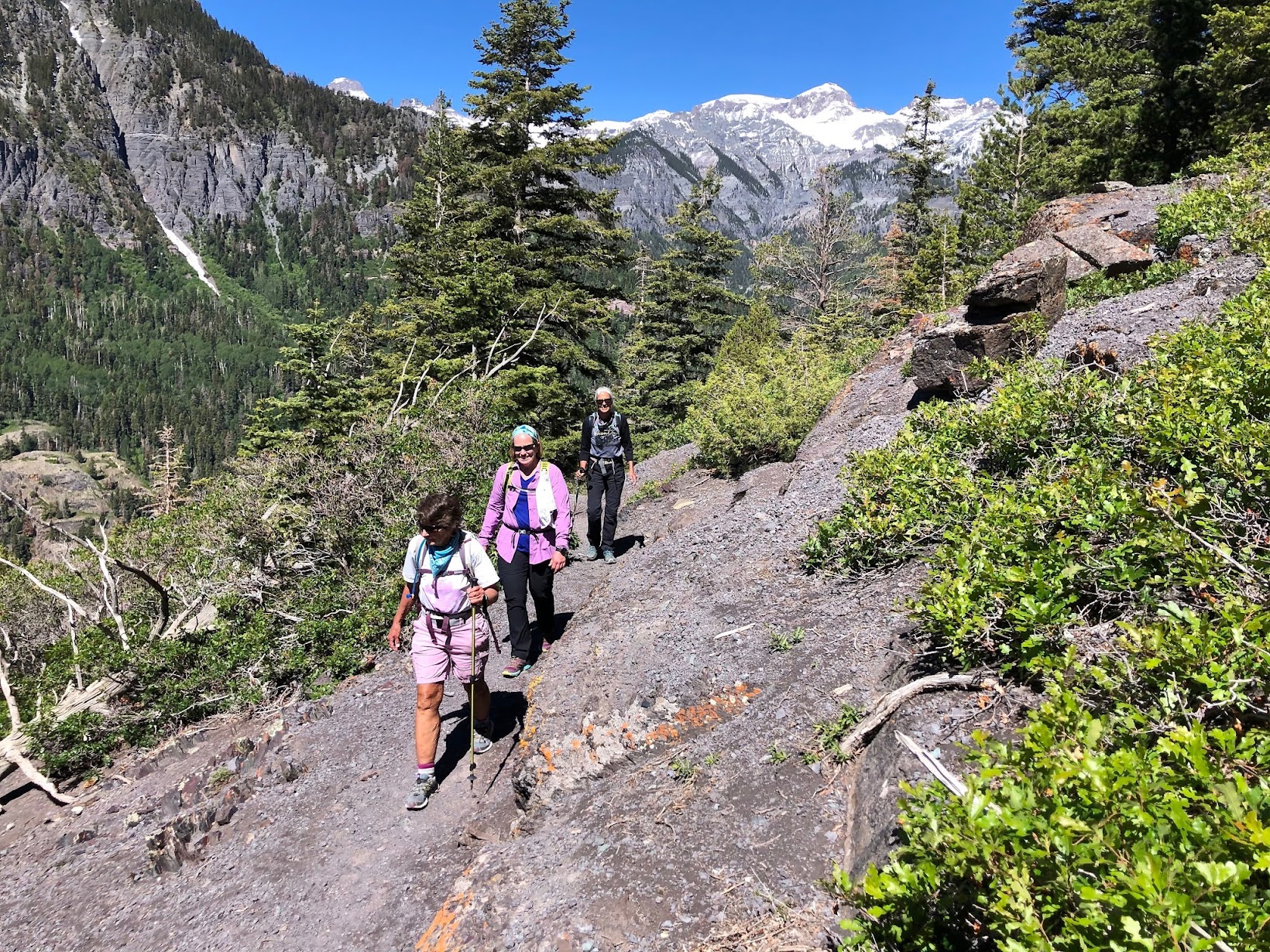 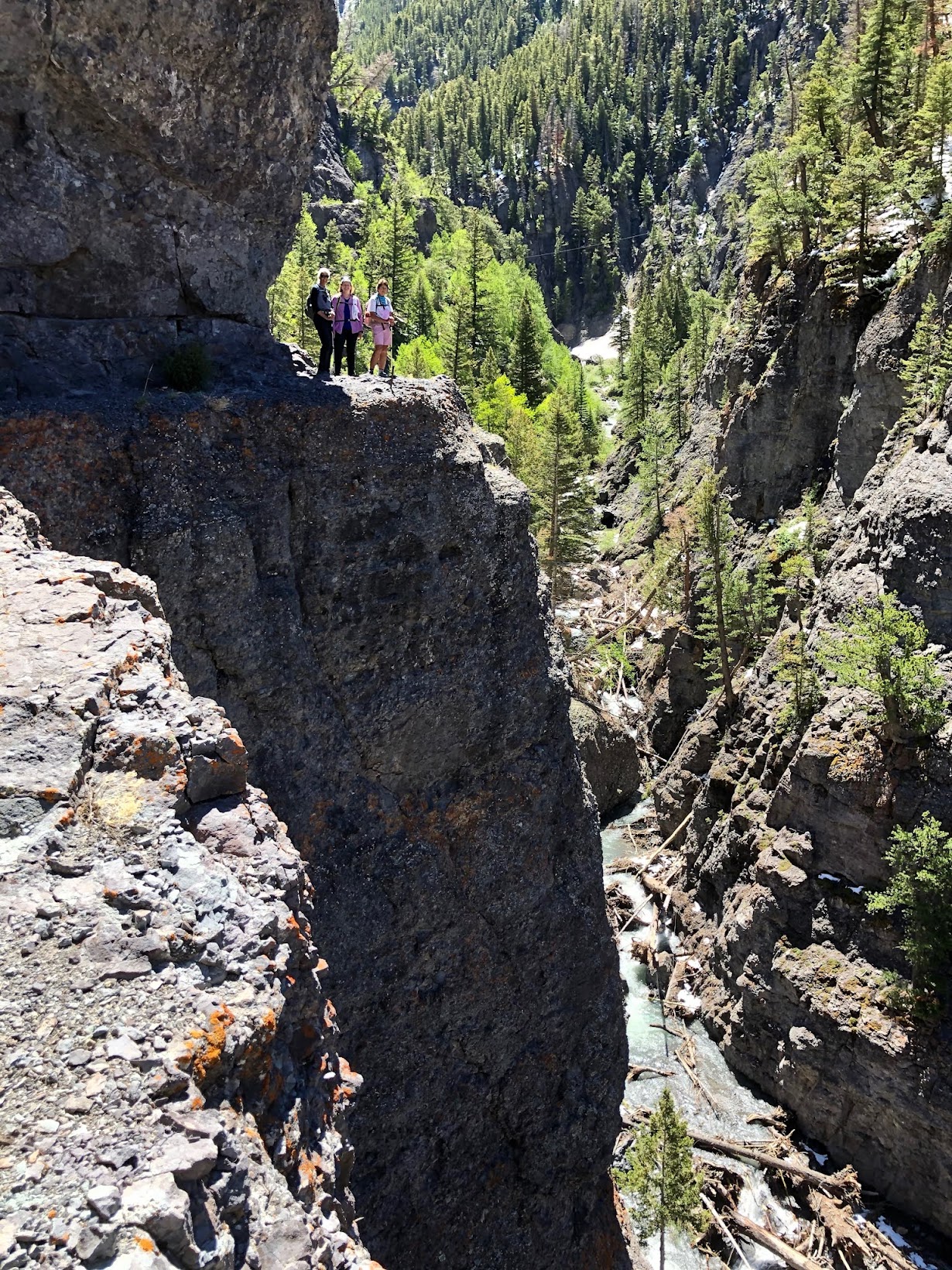 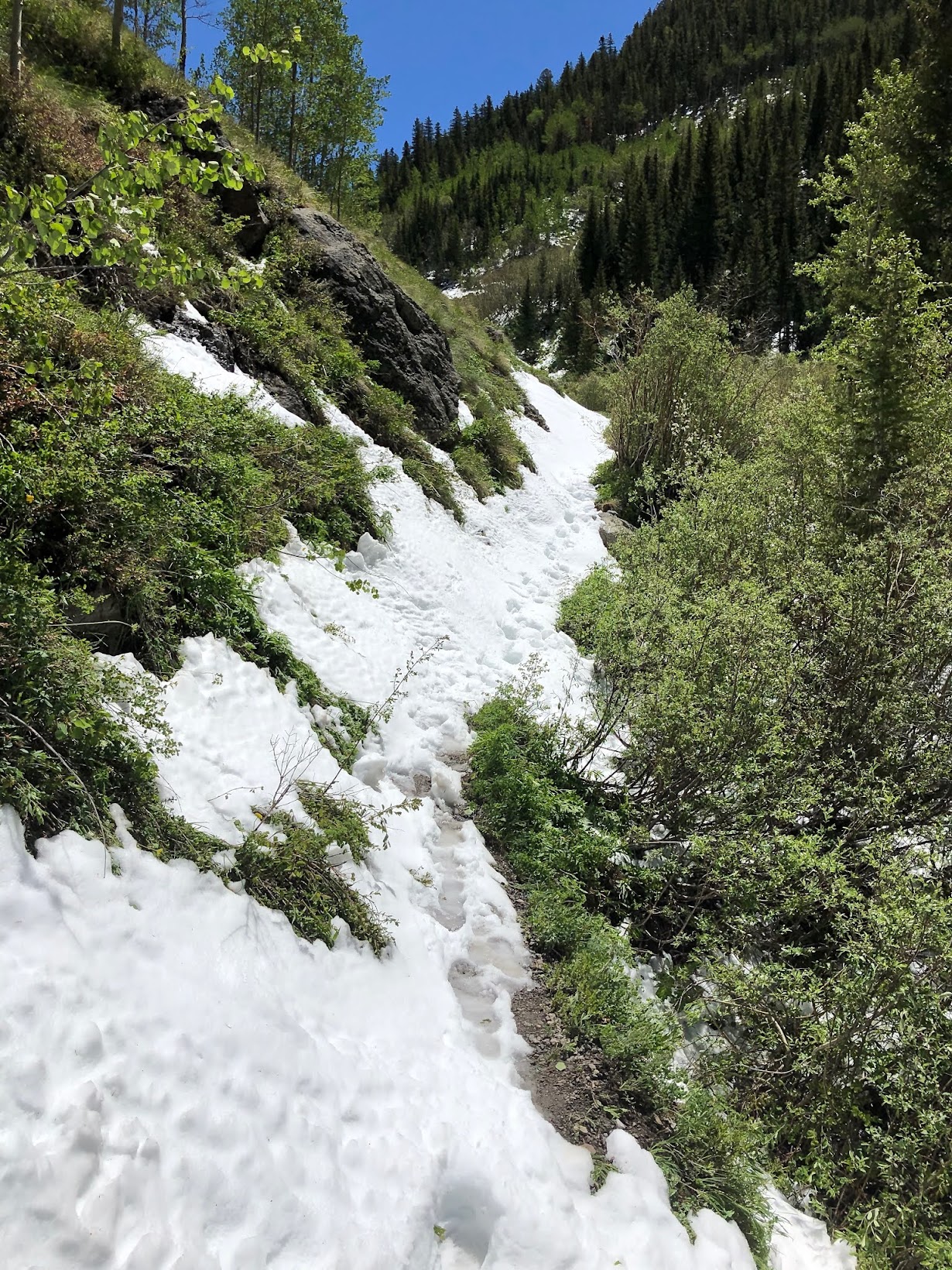 Sure enough, it didn't take long to hit leftover snow. Not terribly deep, but slippery. Once beyond the slide area the views got better and better. The snow was melting fast, and water was gushing everywhere. Most feet got wet due to a couple problematic stream crossings (Ruthie). 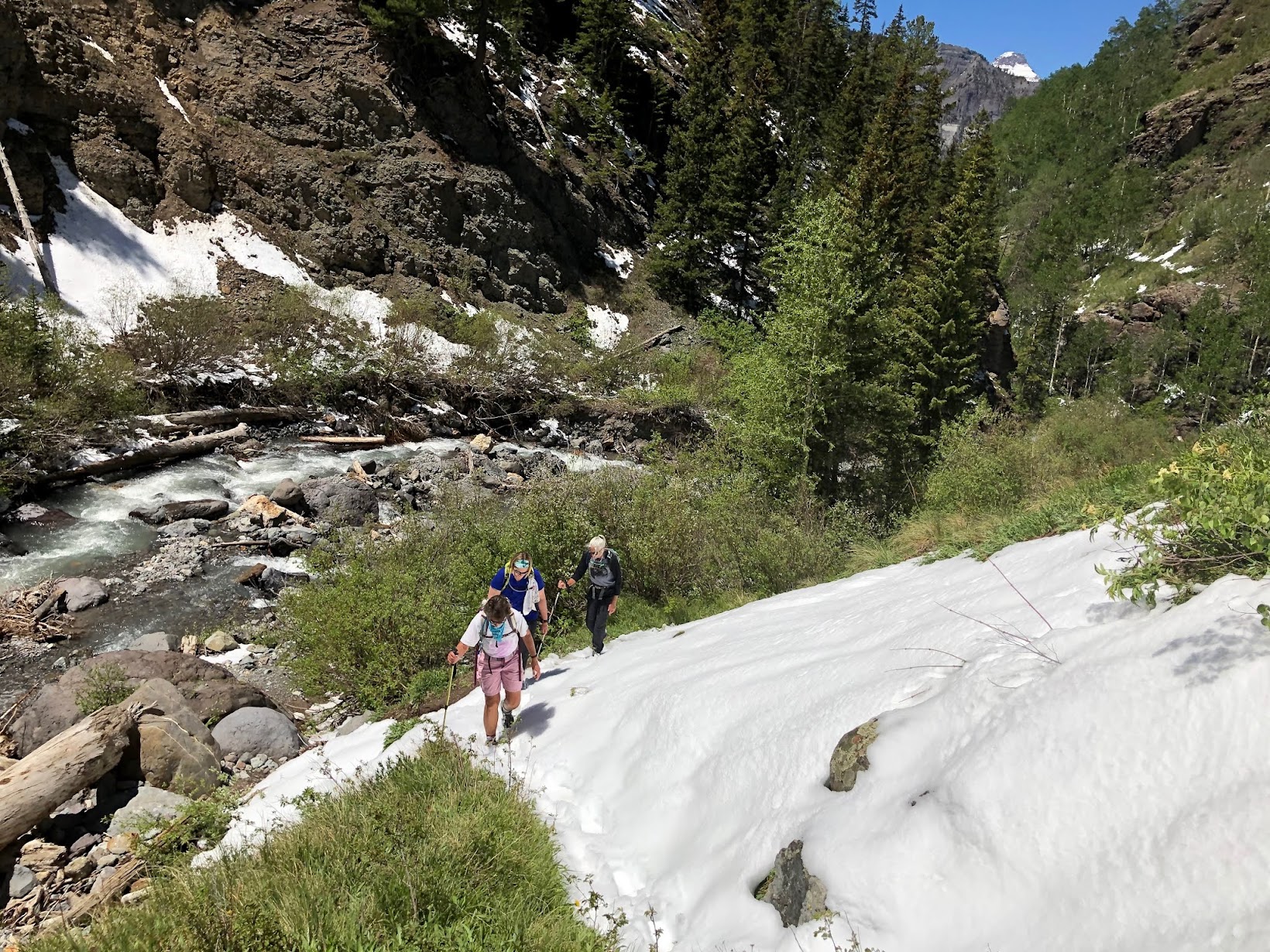 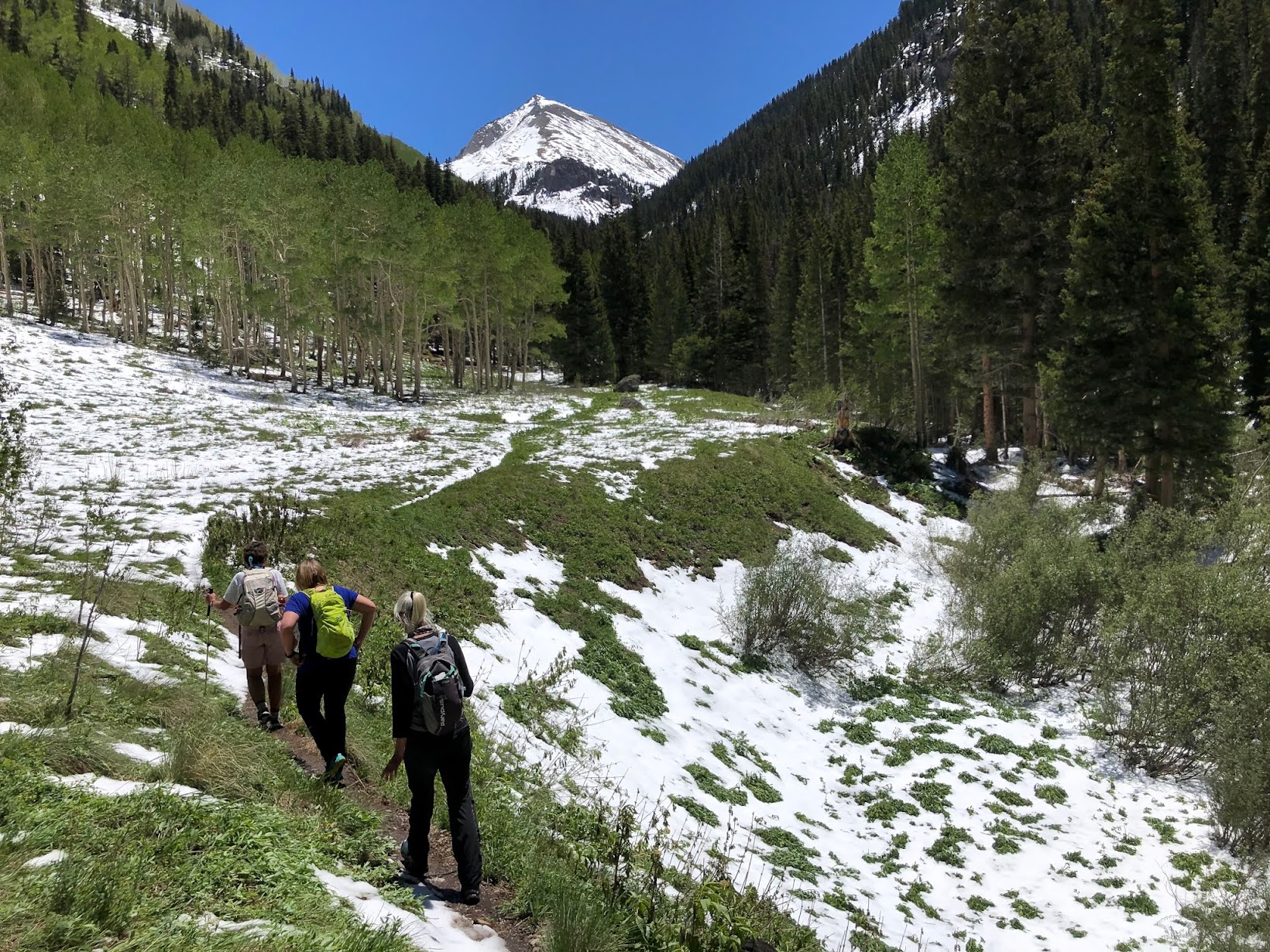 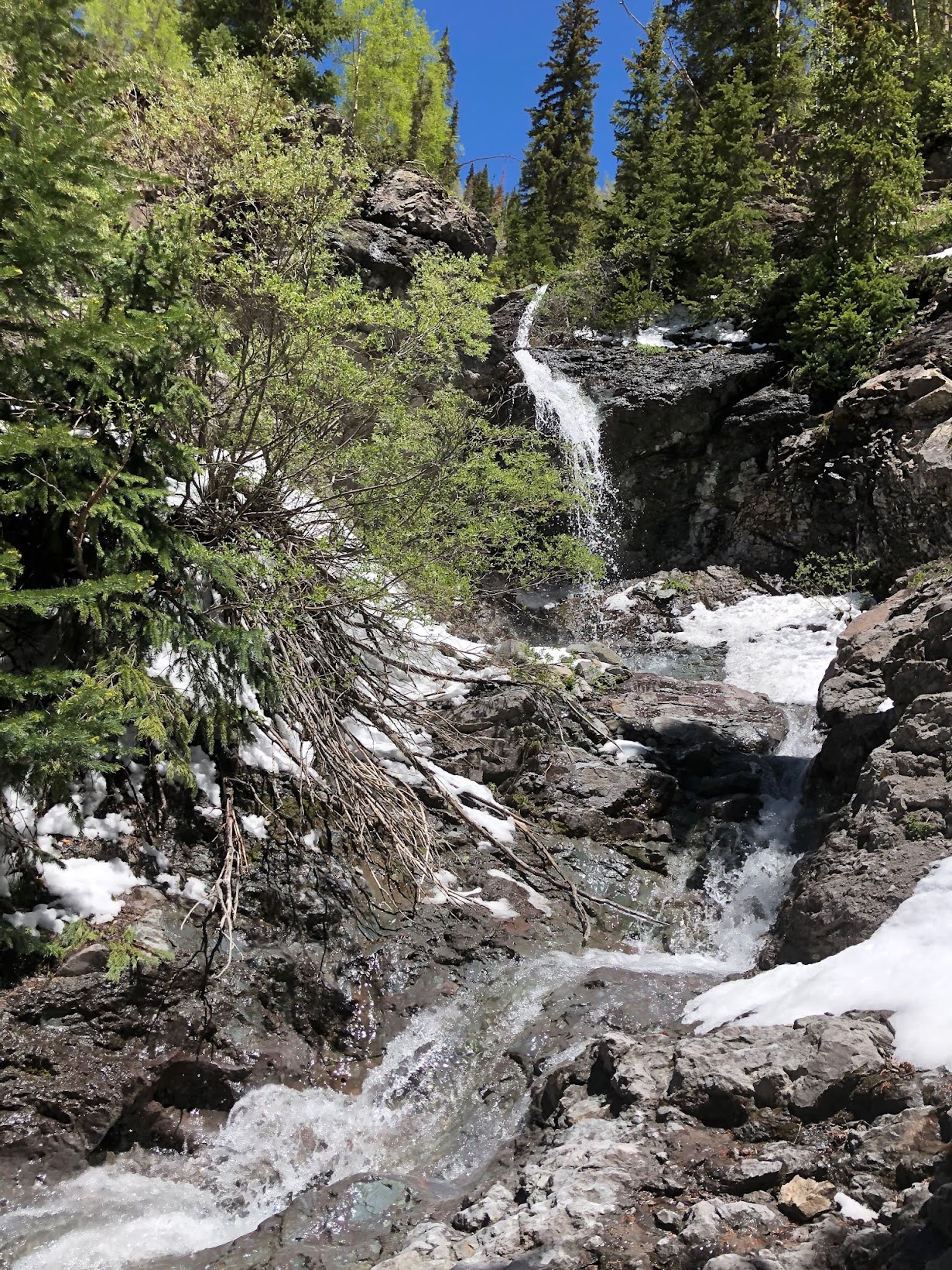 Finally—four and a half miles with 2400 feet of elevation gain—Yellow Jacket Mine came into view. I was anxious to inspect the old bunkhouse, a favorite relic of mine (pun intended). 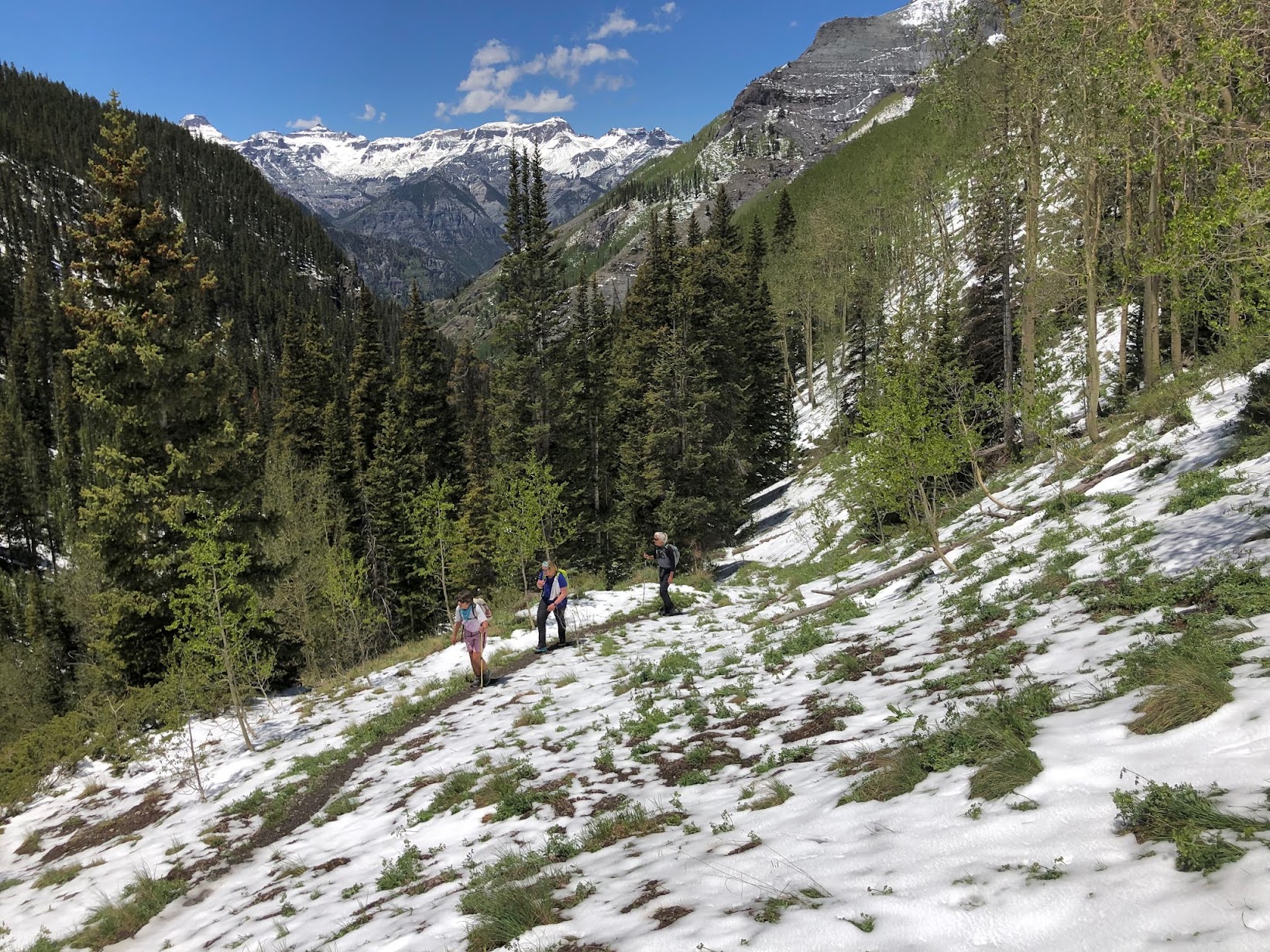 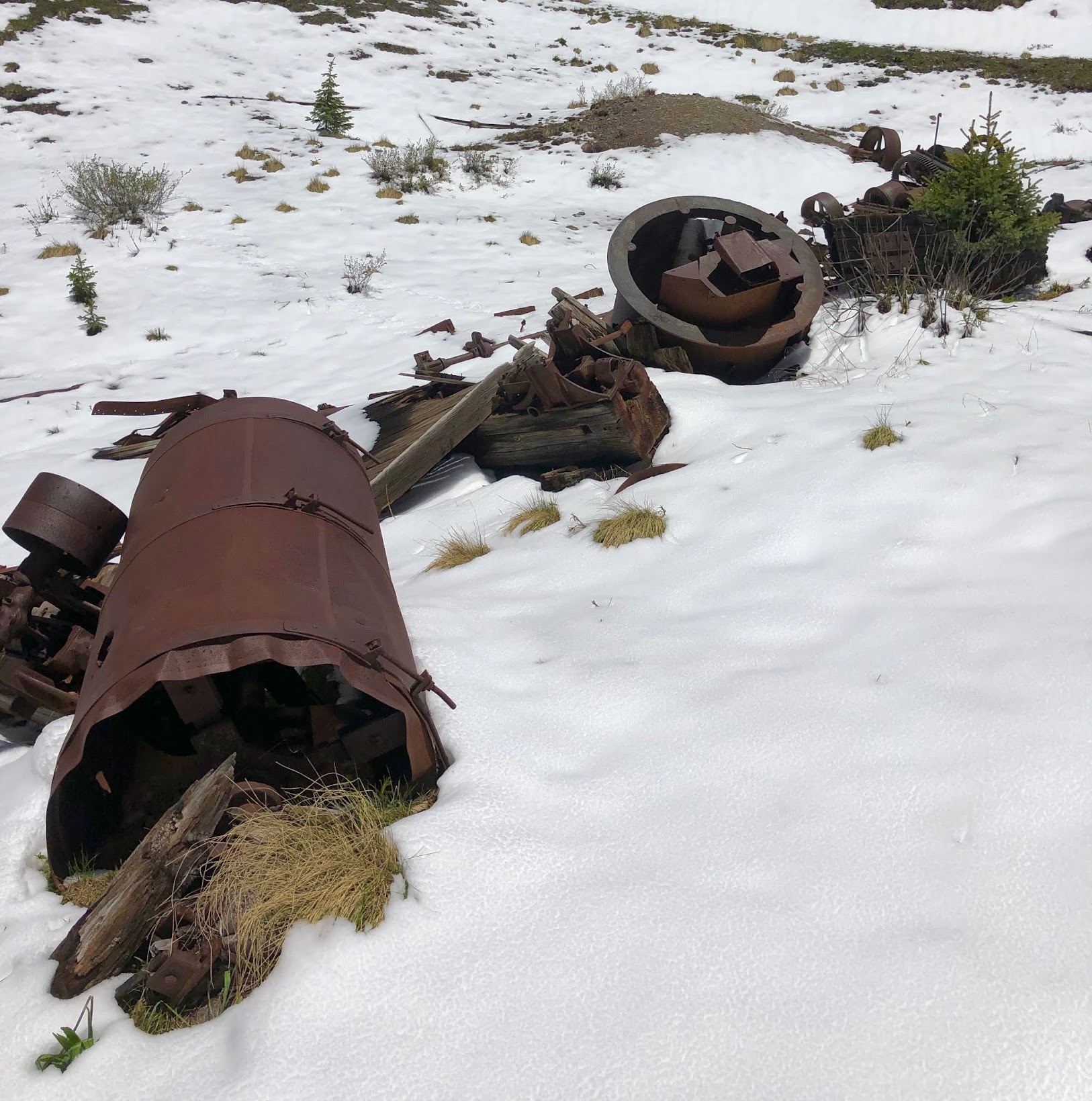 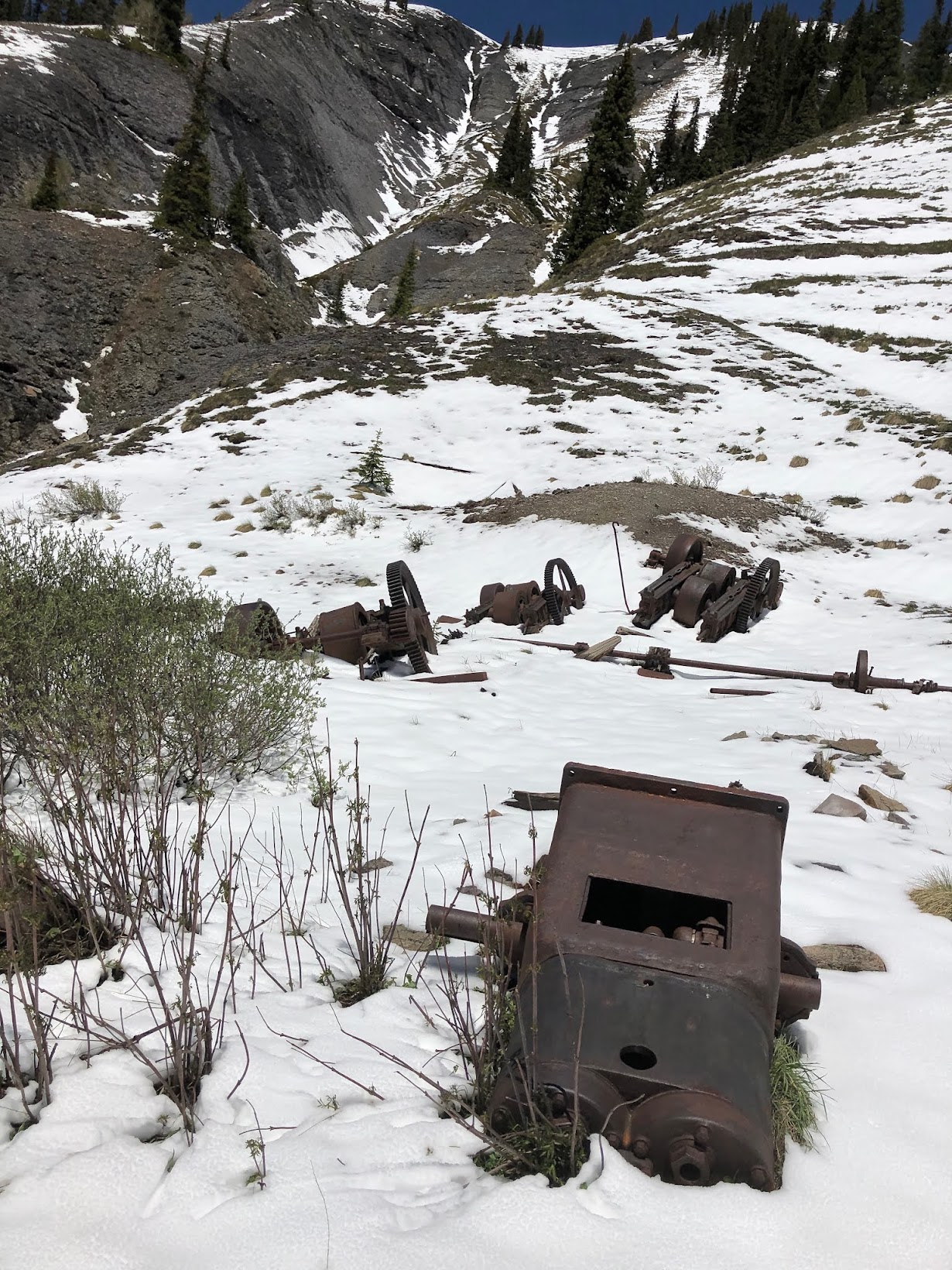 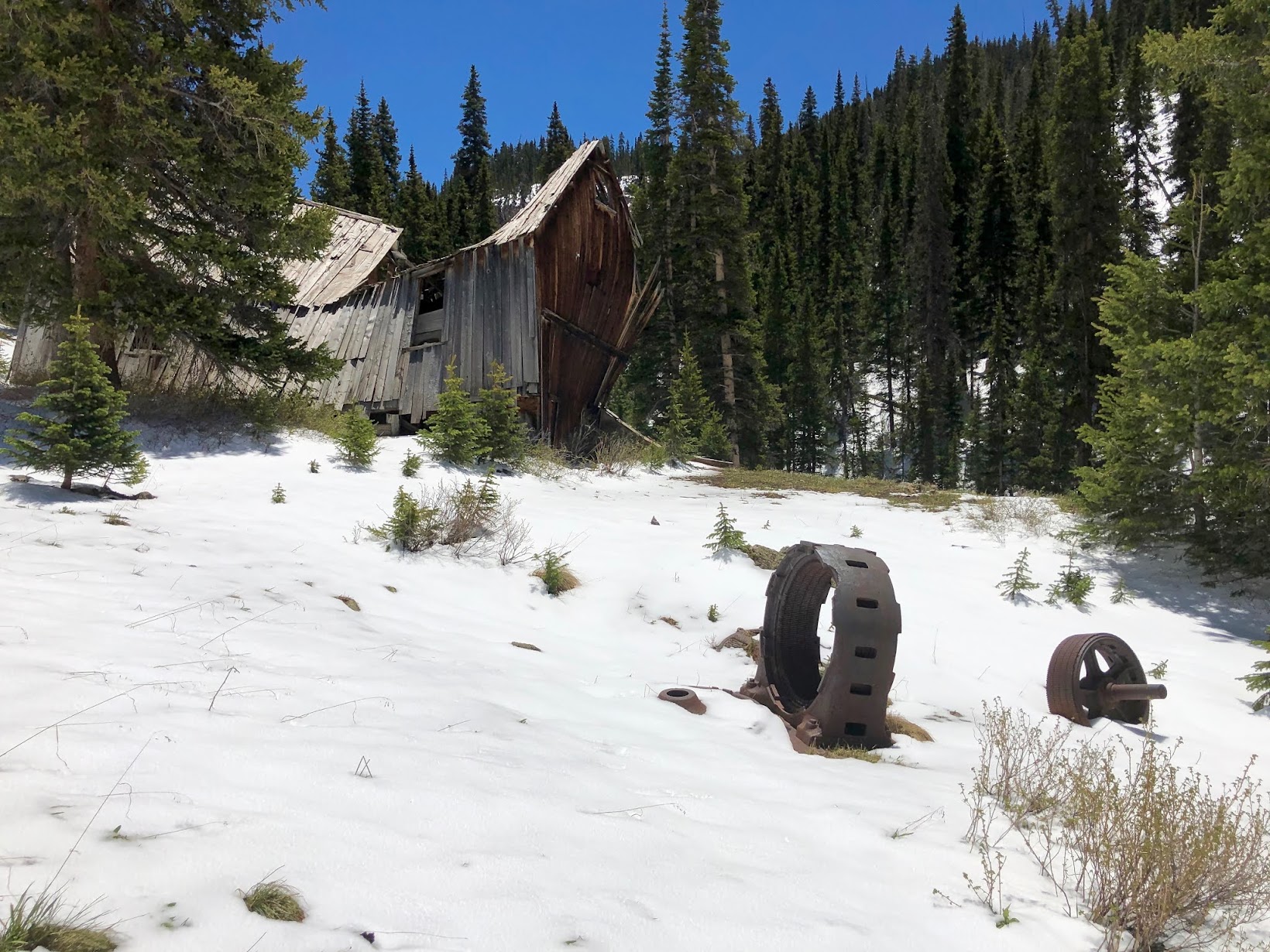 Last time we were at Yellow Jacket was 5 years ago. At that time the old bunkhouse was standing pretty straight. But time and a record snowfall last year took its toll on the once fine old landmark... 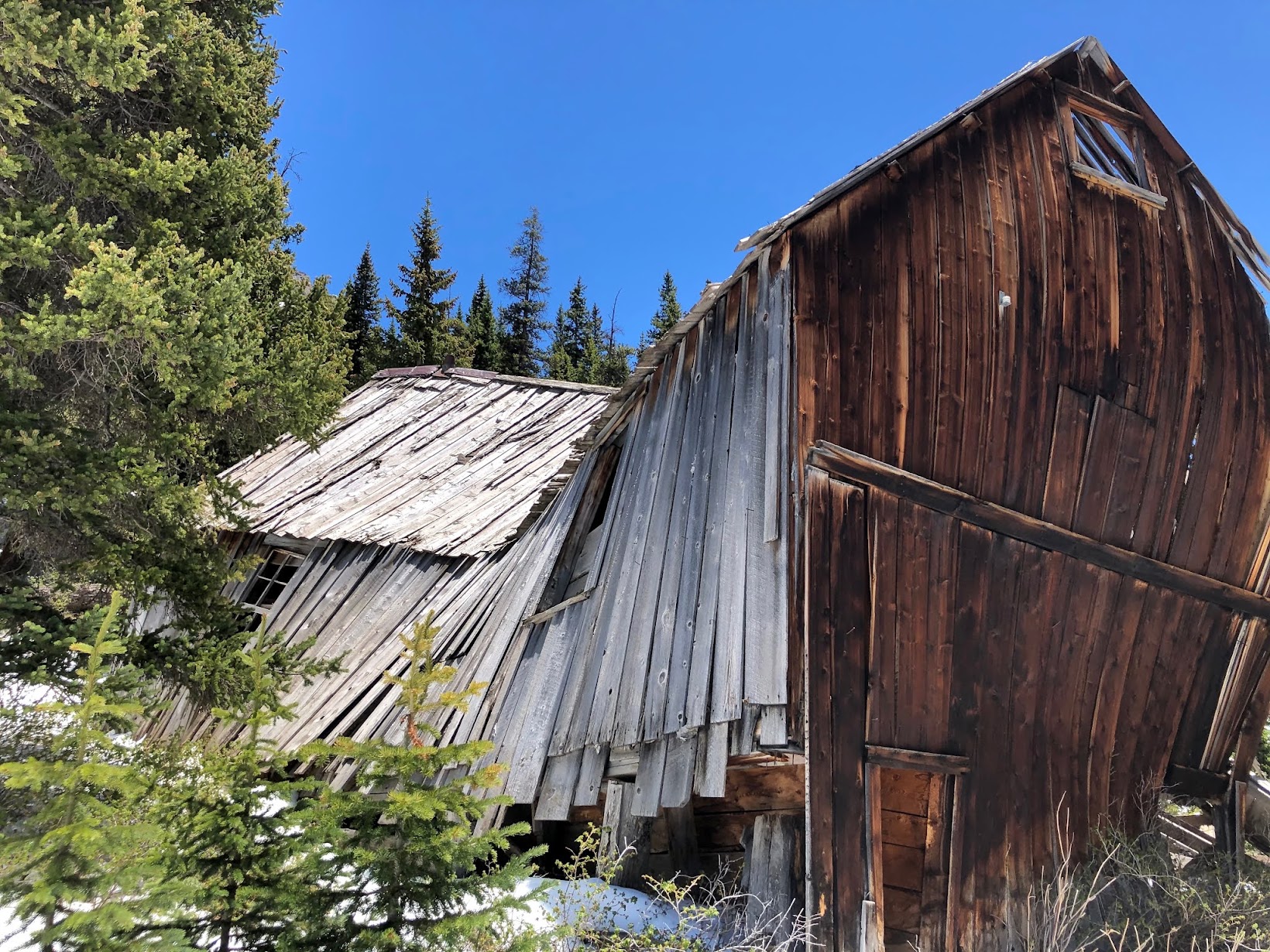 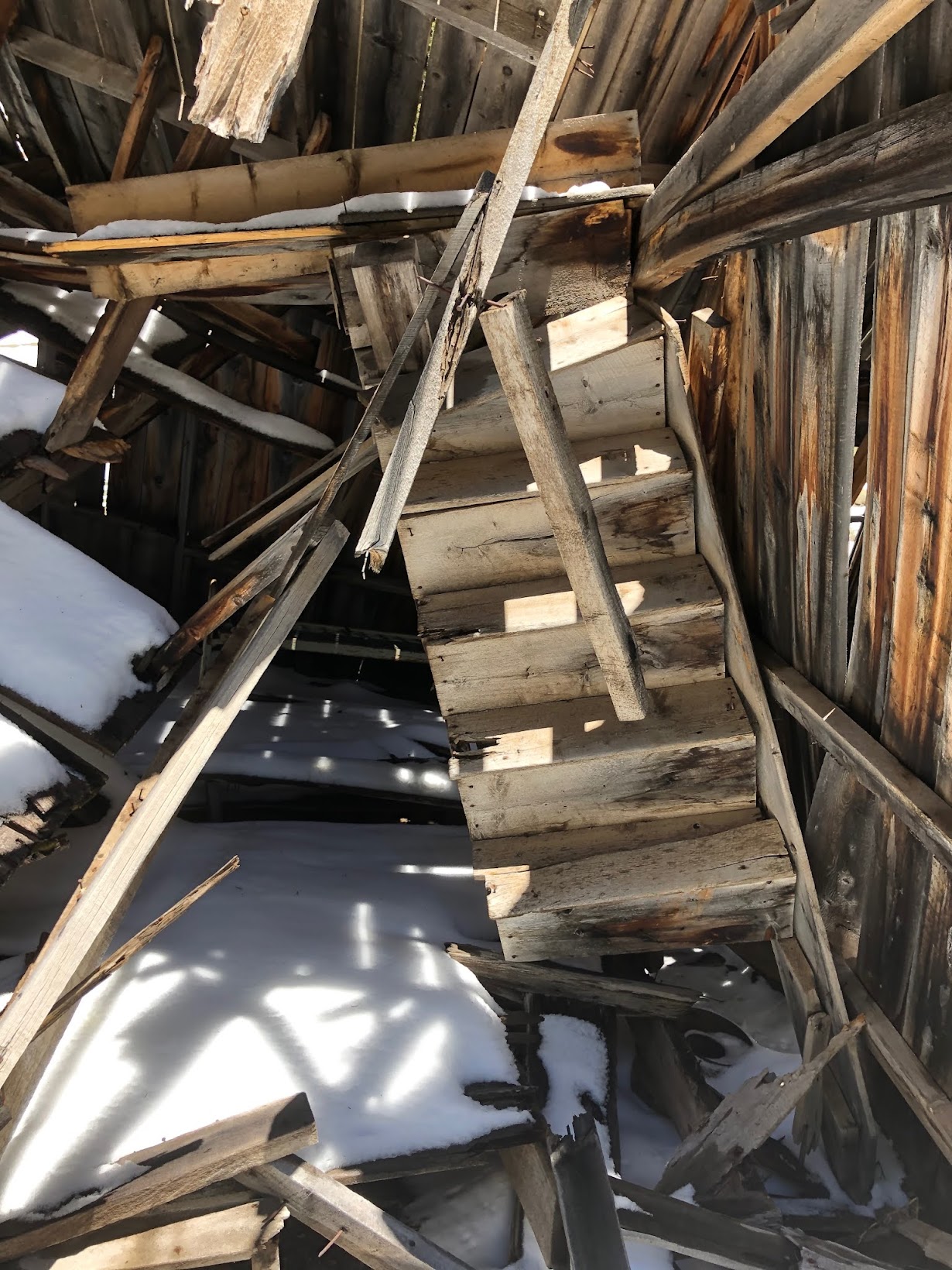 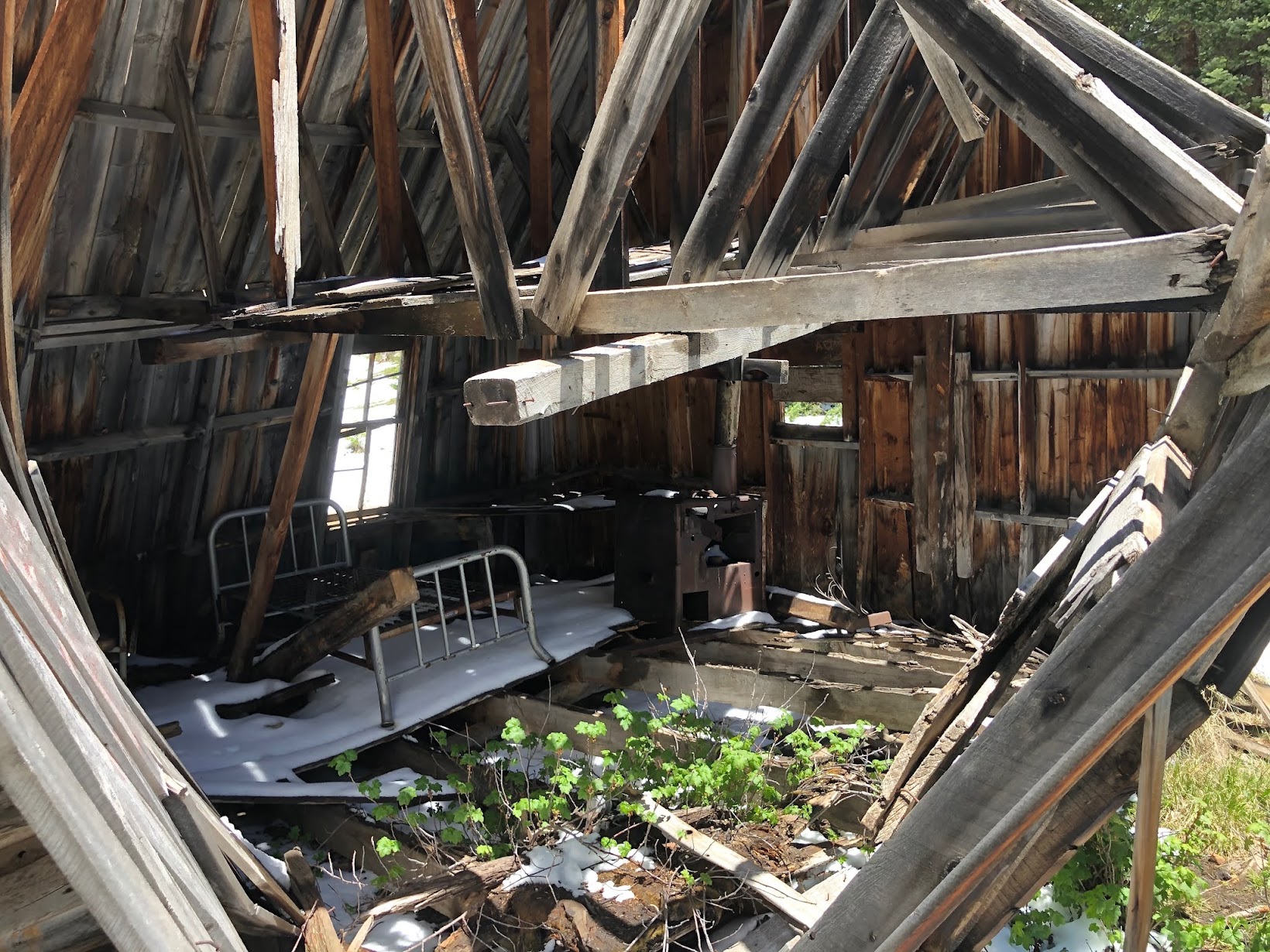 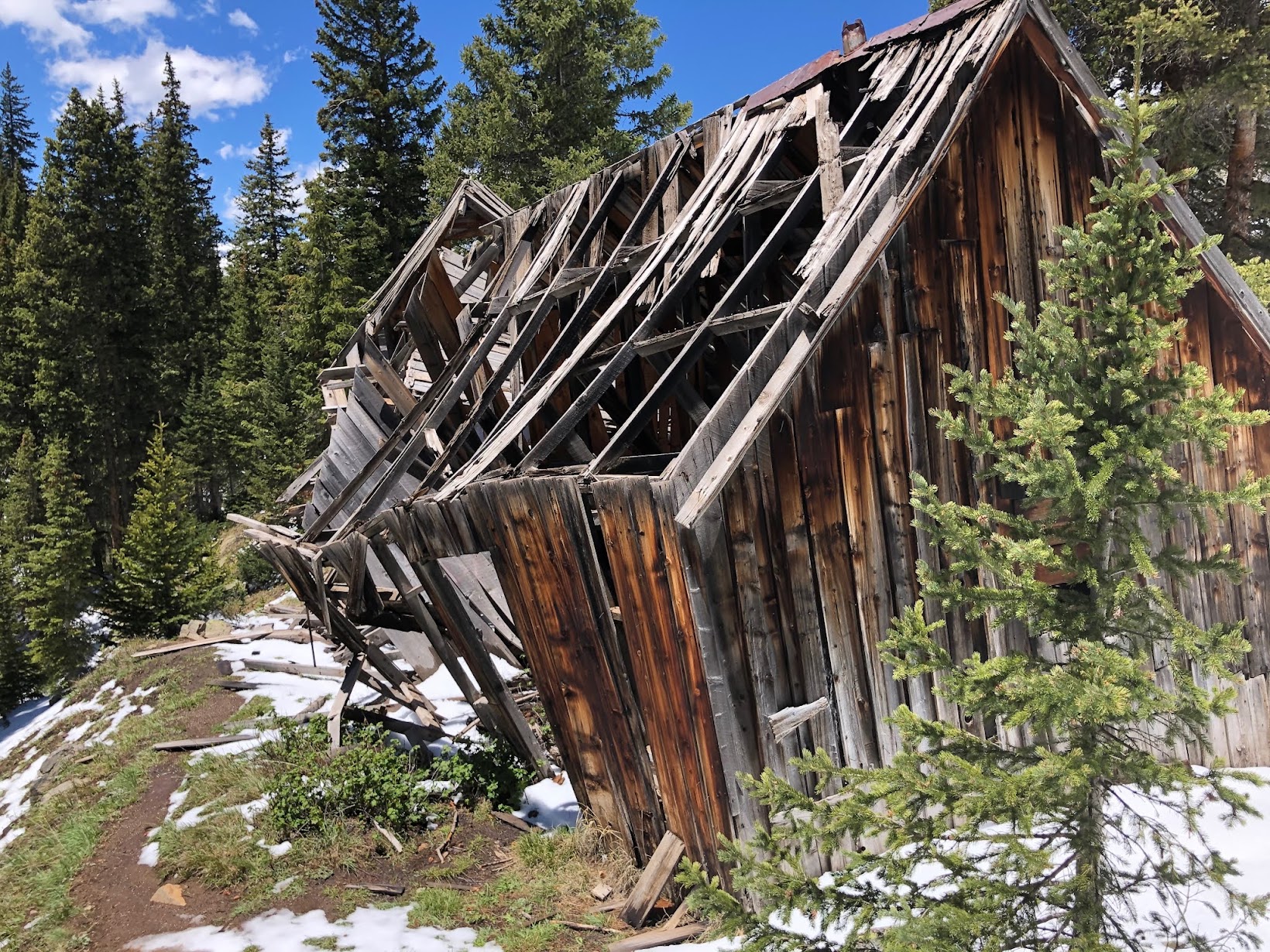 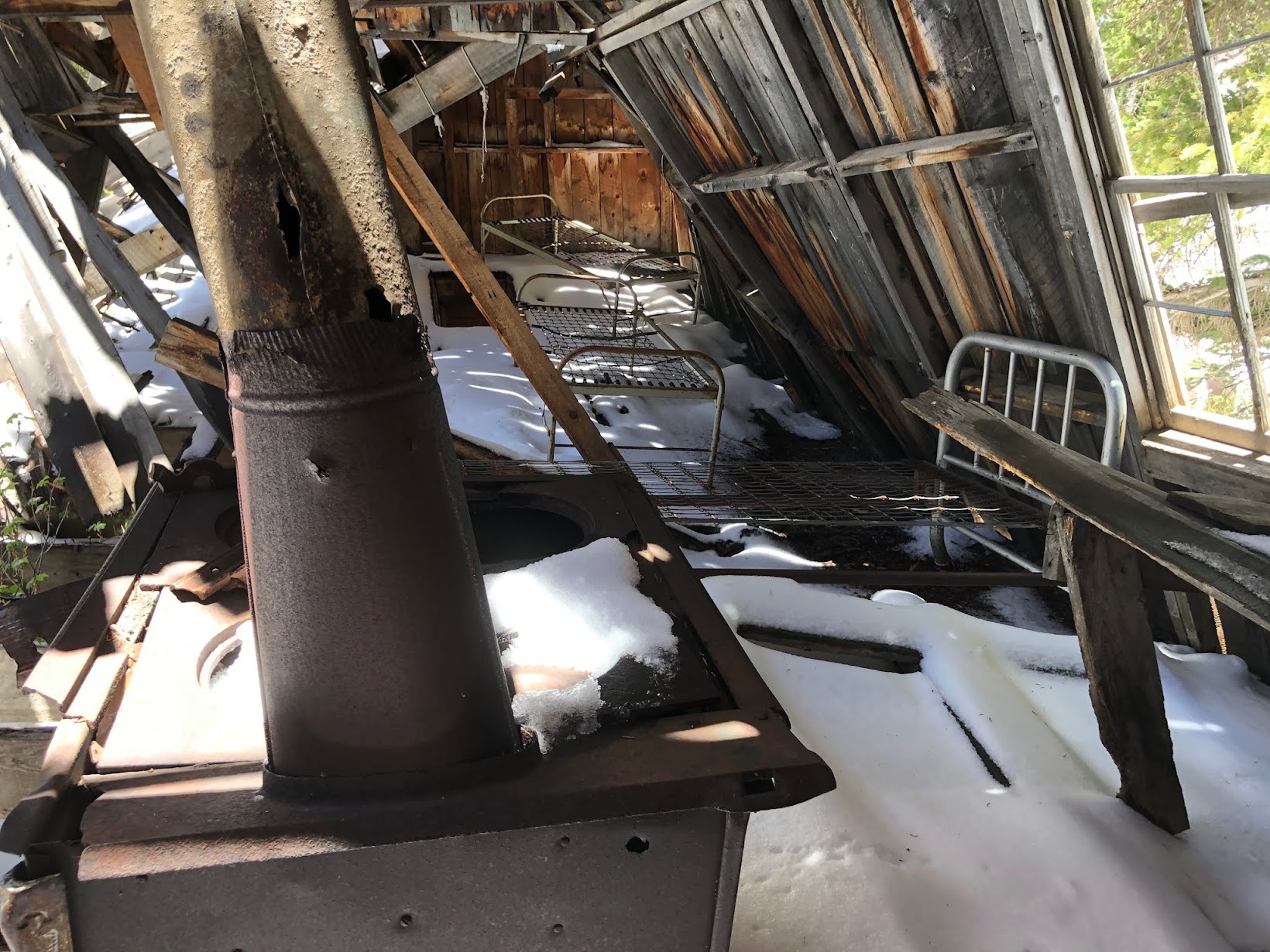 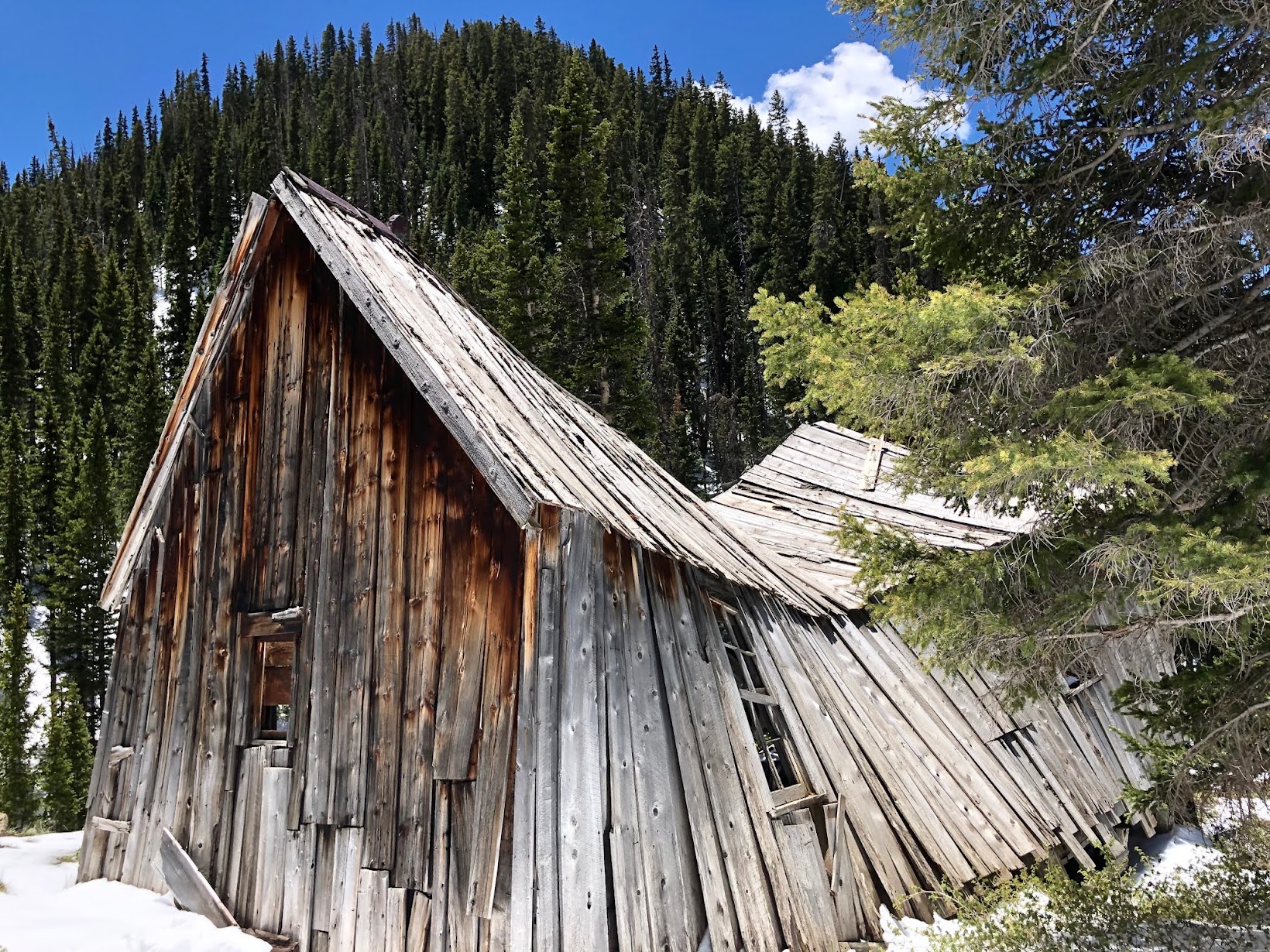 It was sad to see it in a suspended state of near collapse... 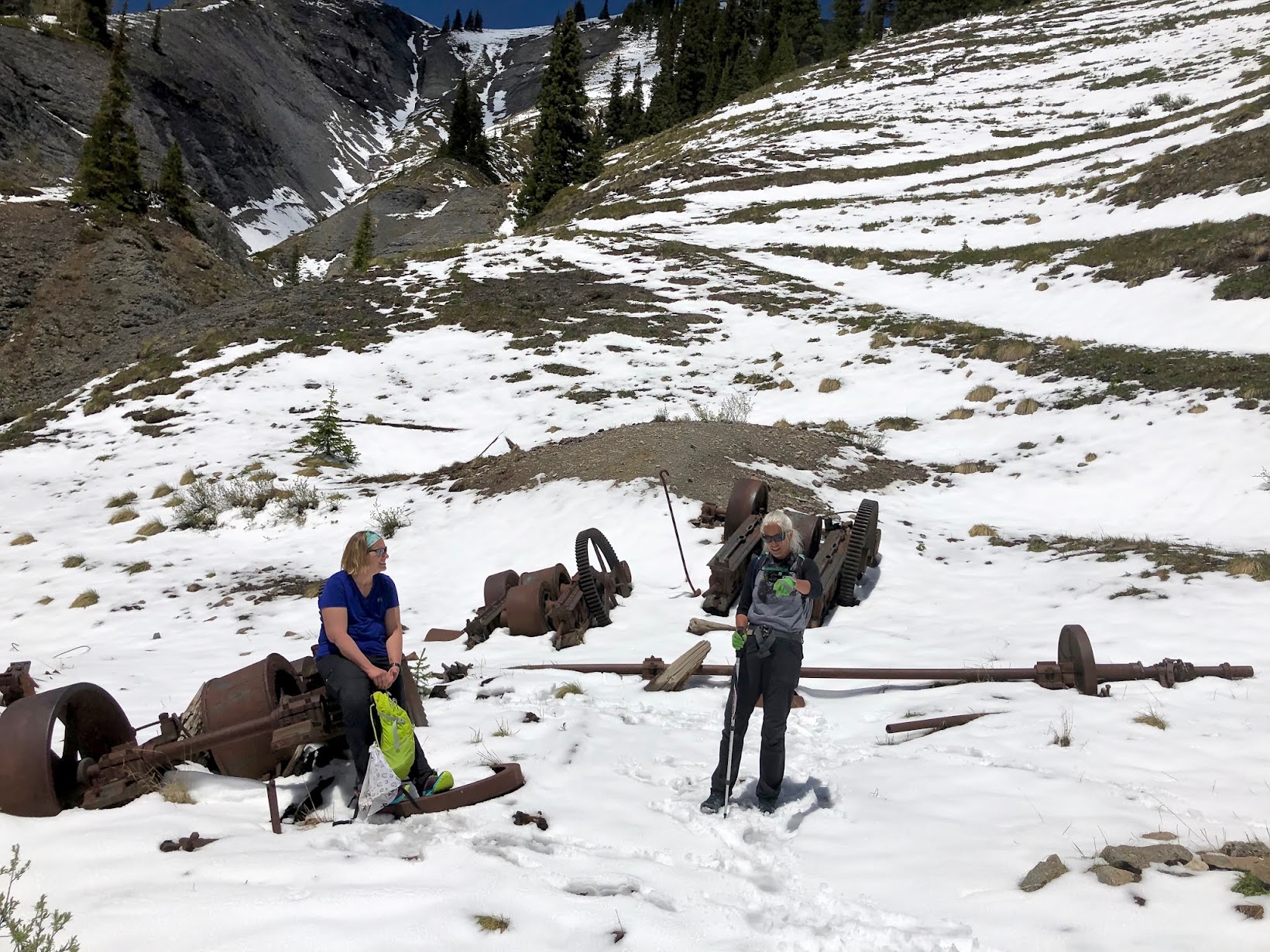 Time to head back down. 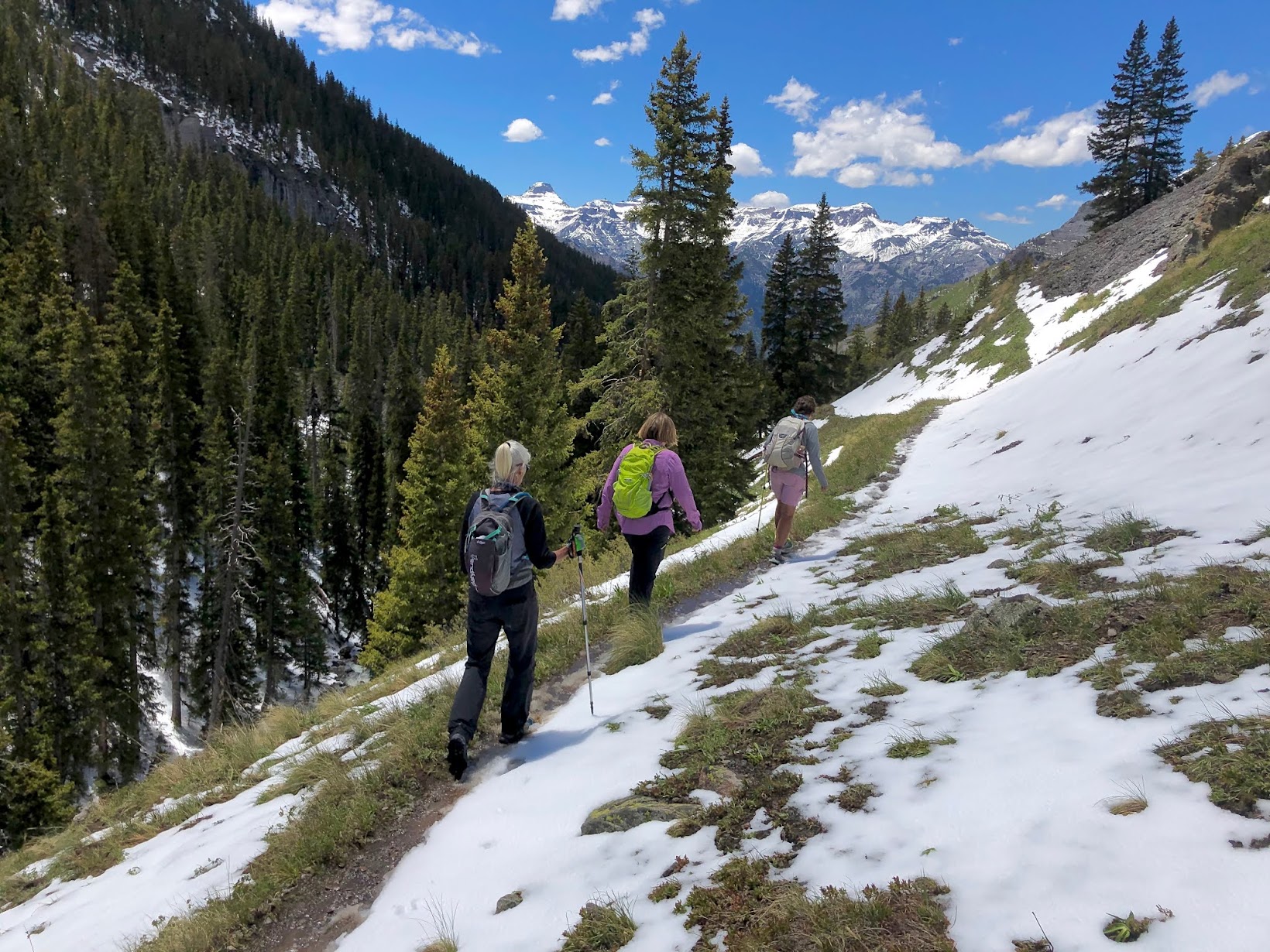 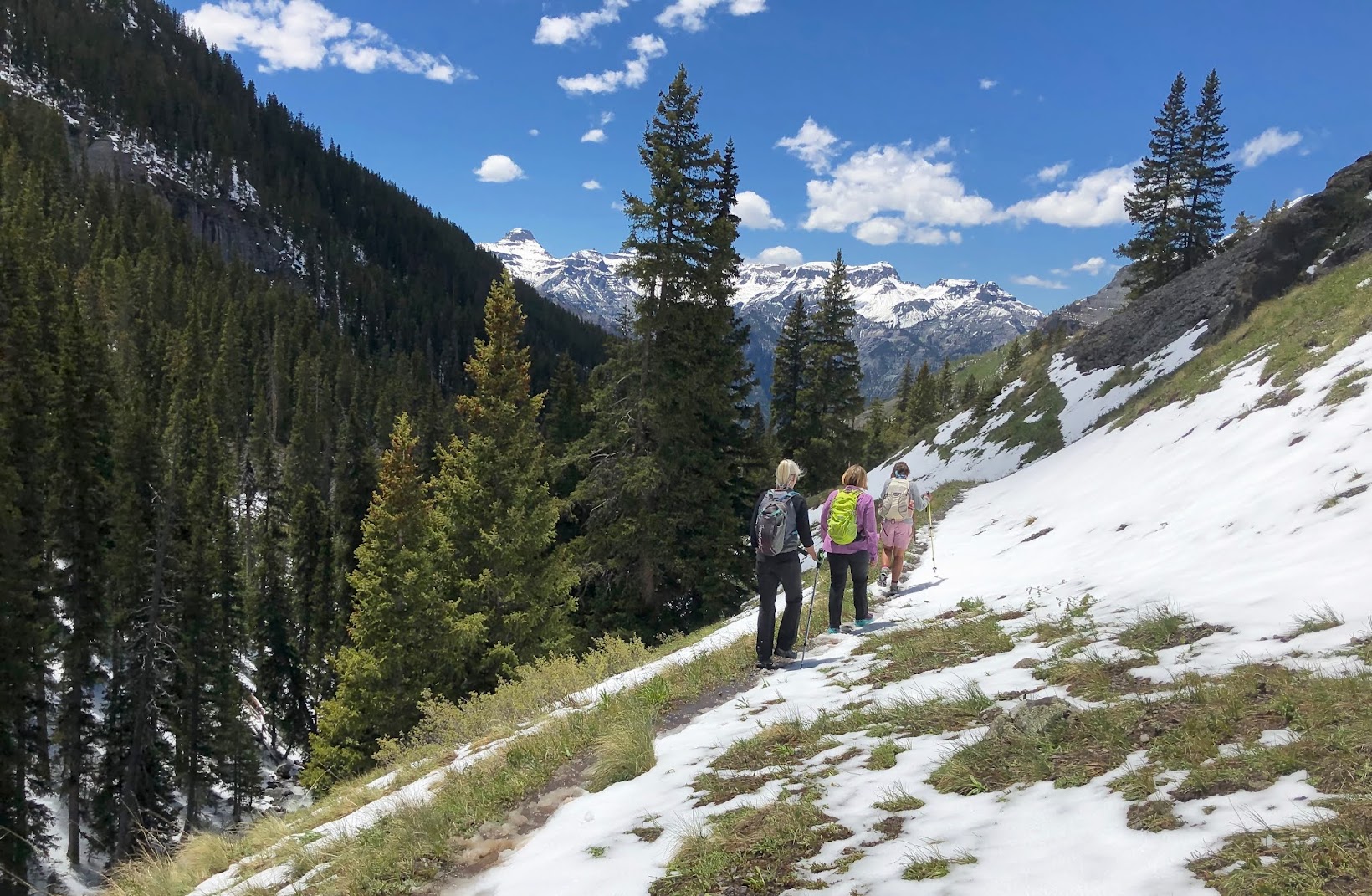 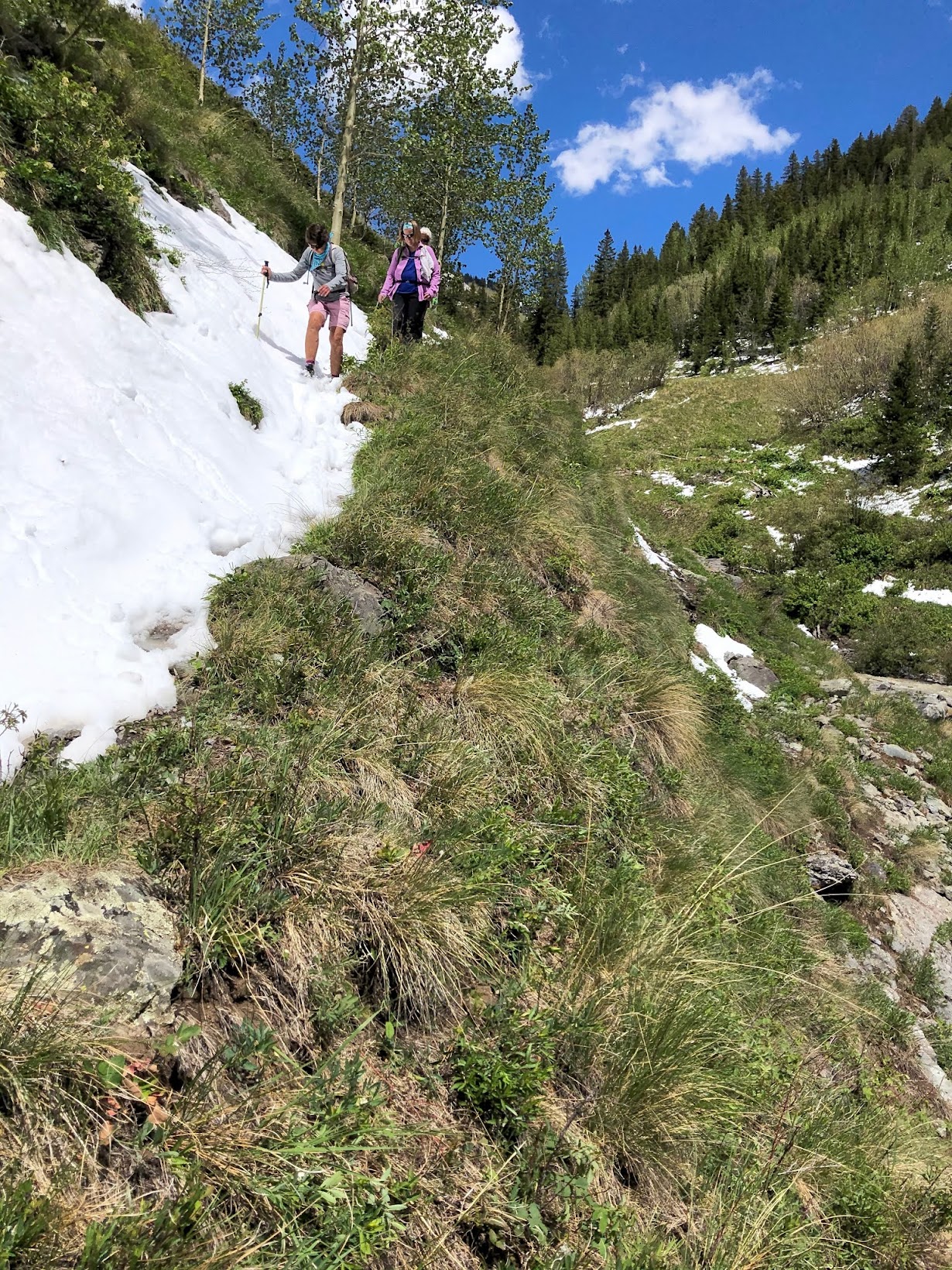 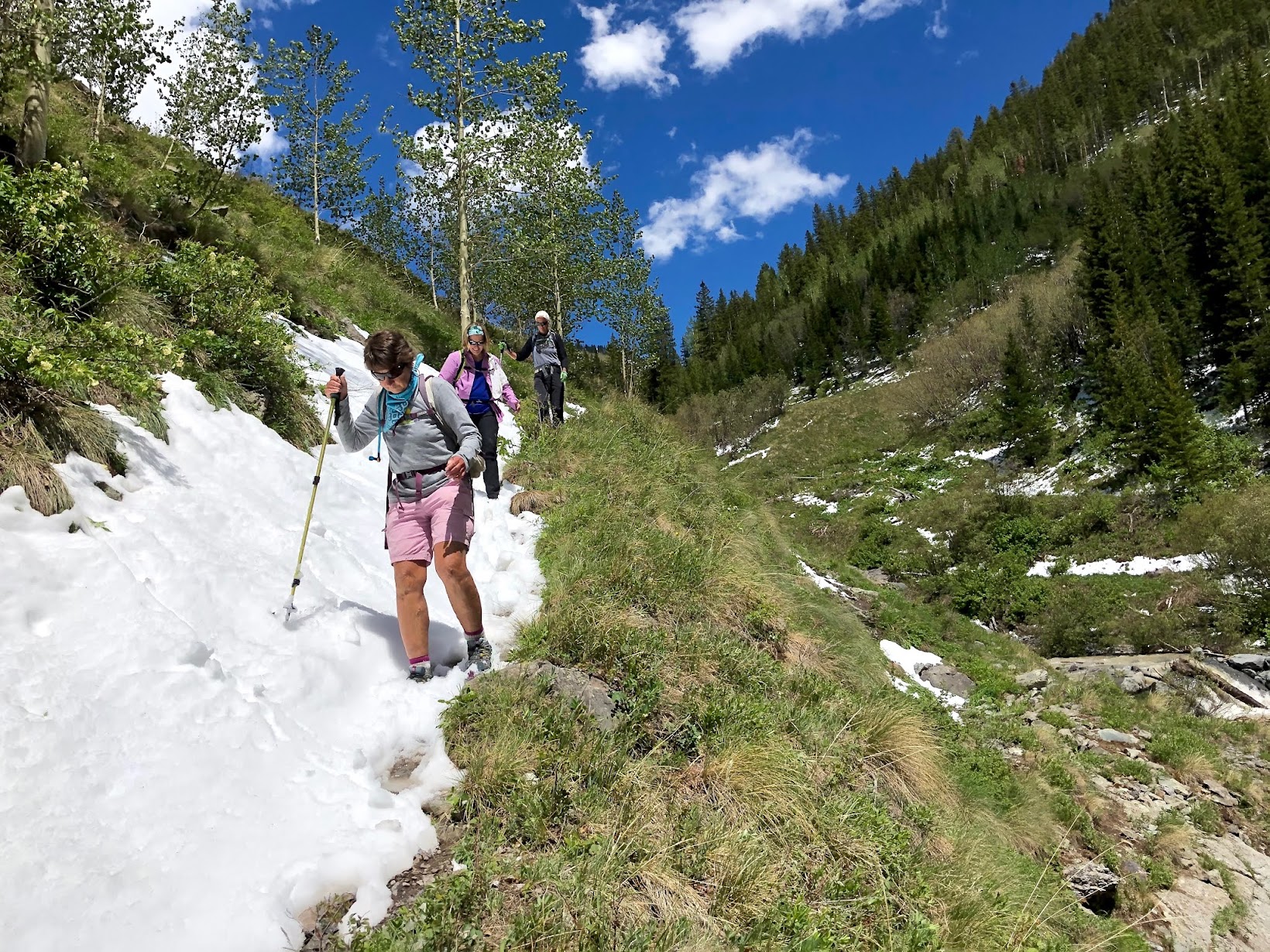 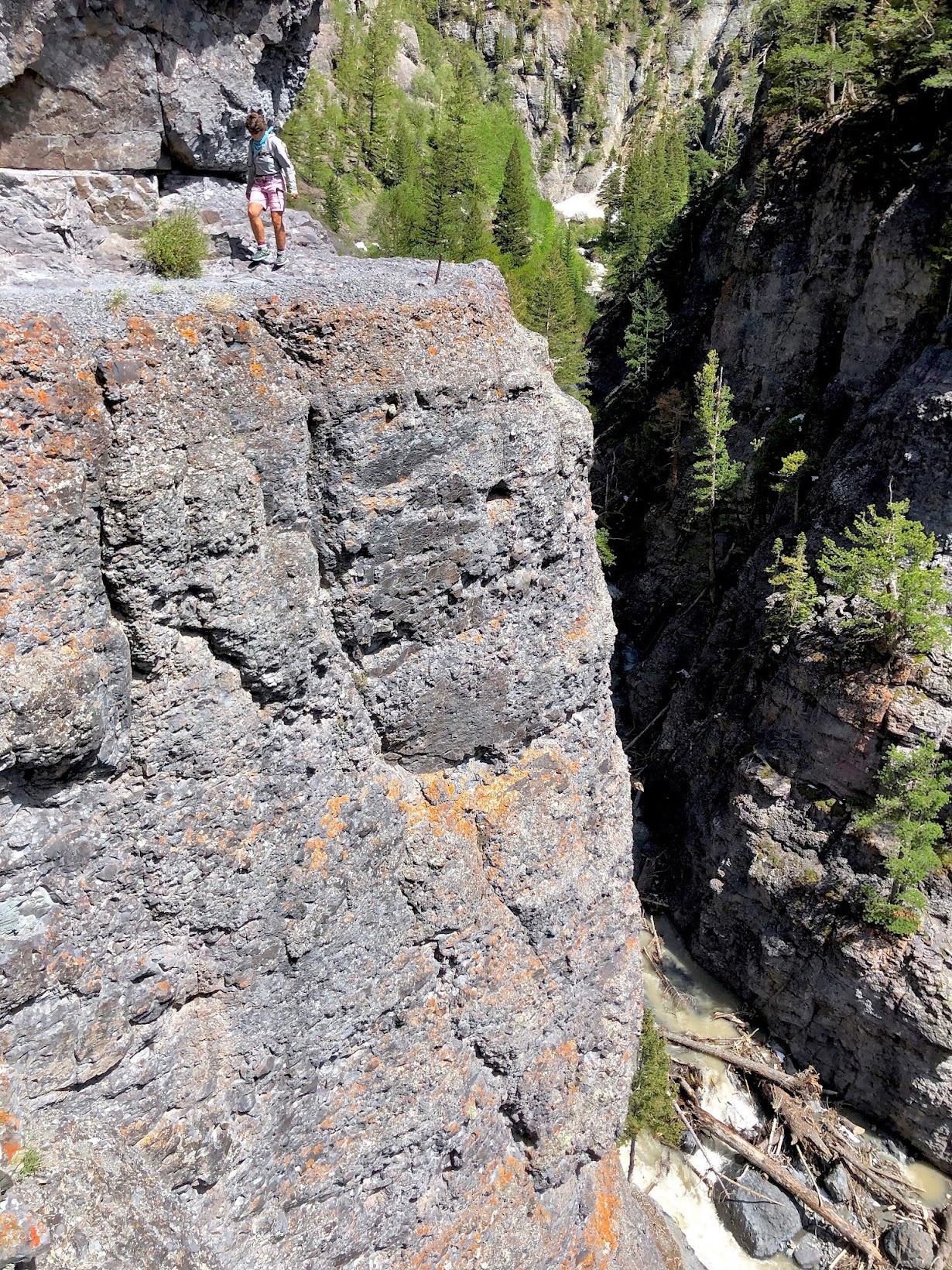 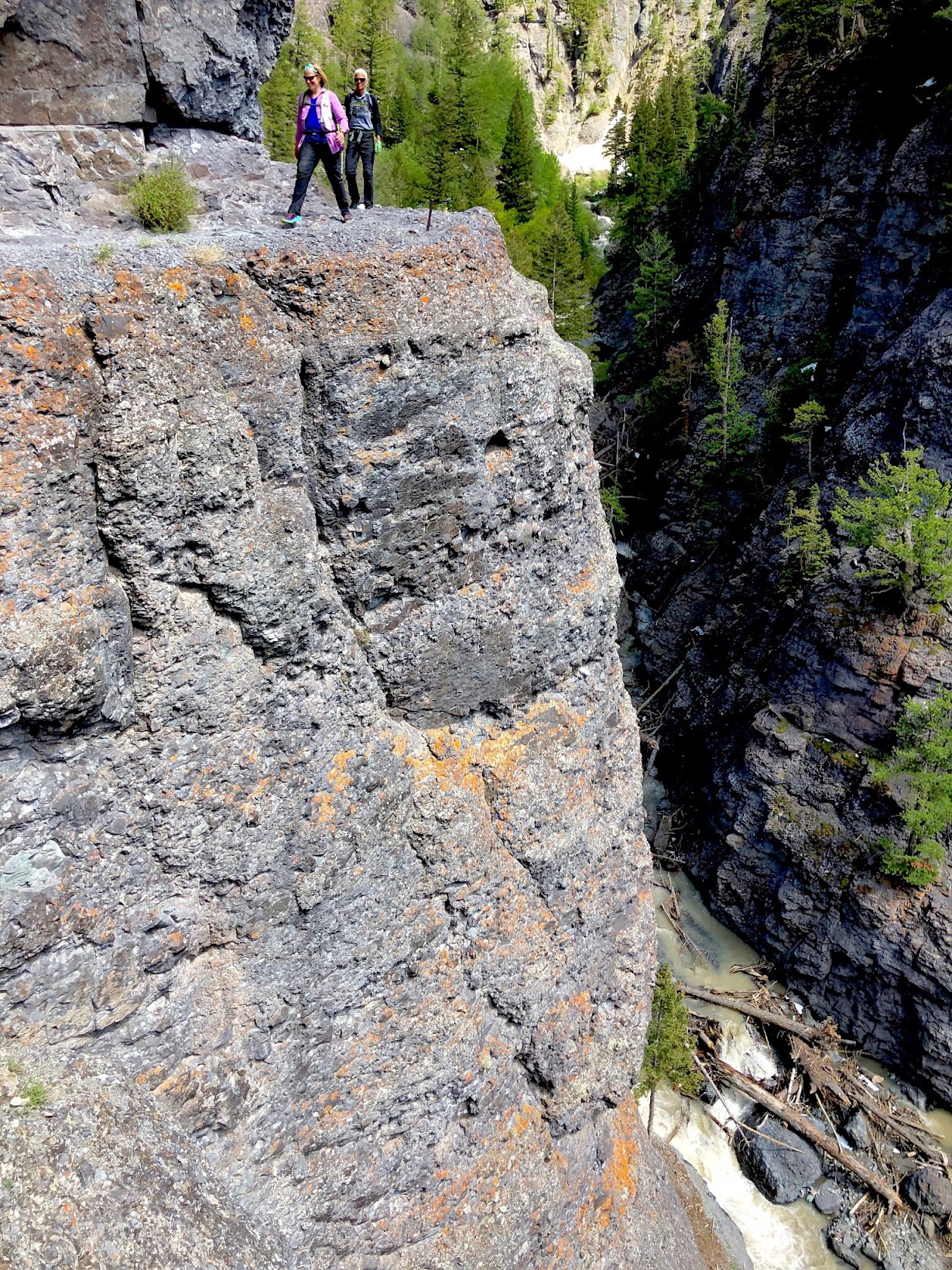 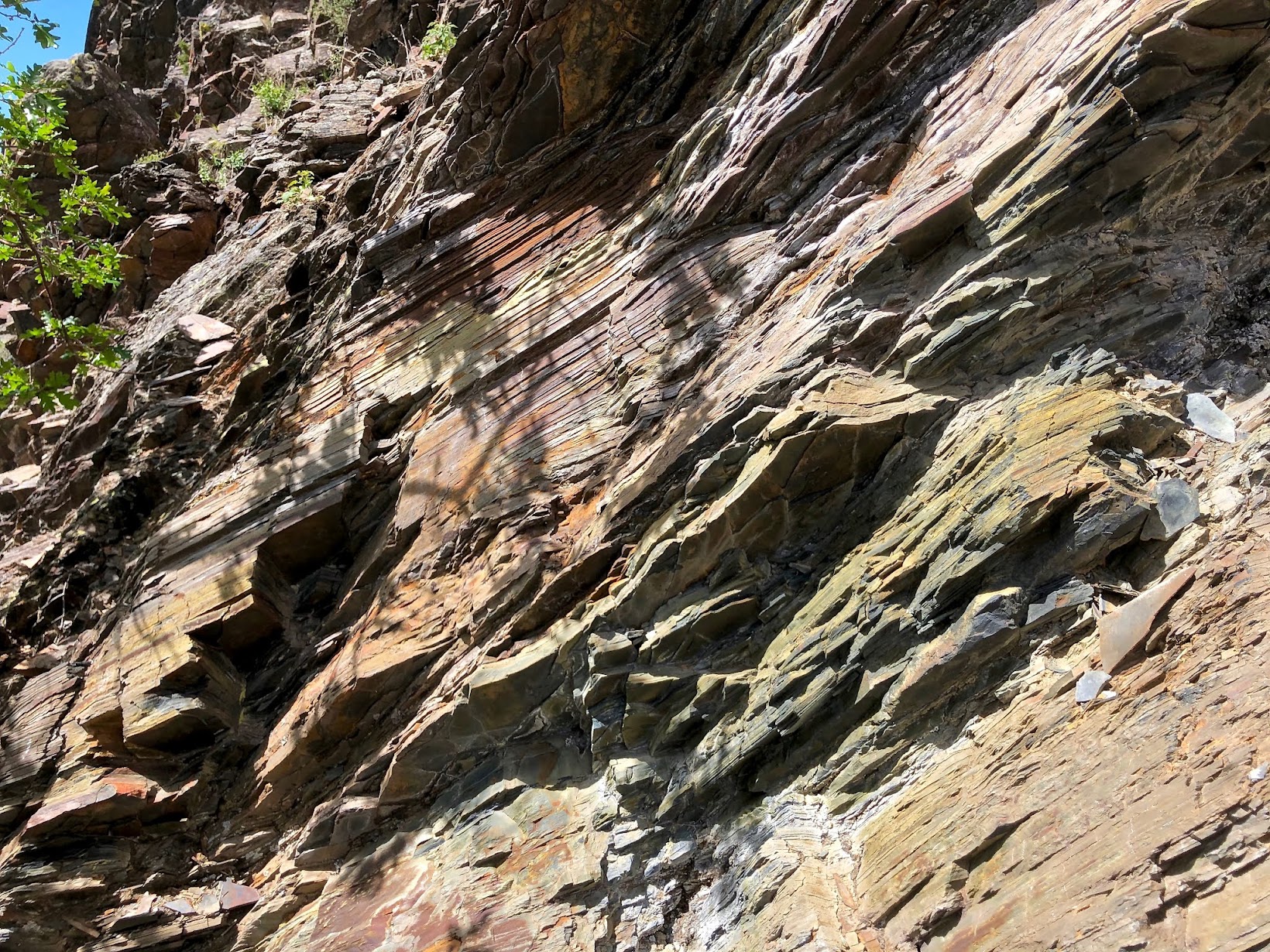 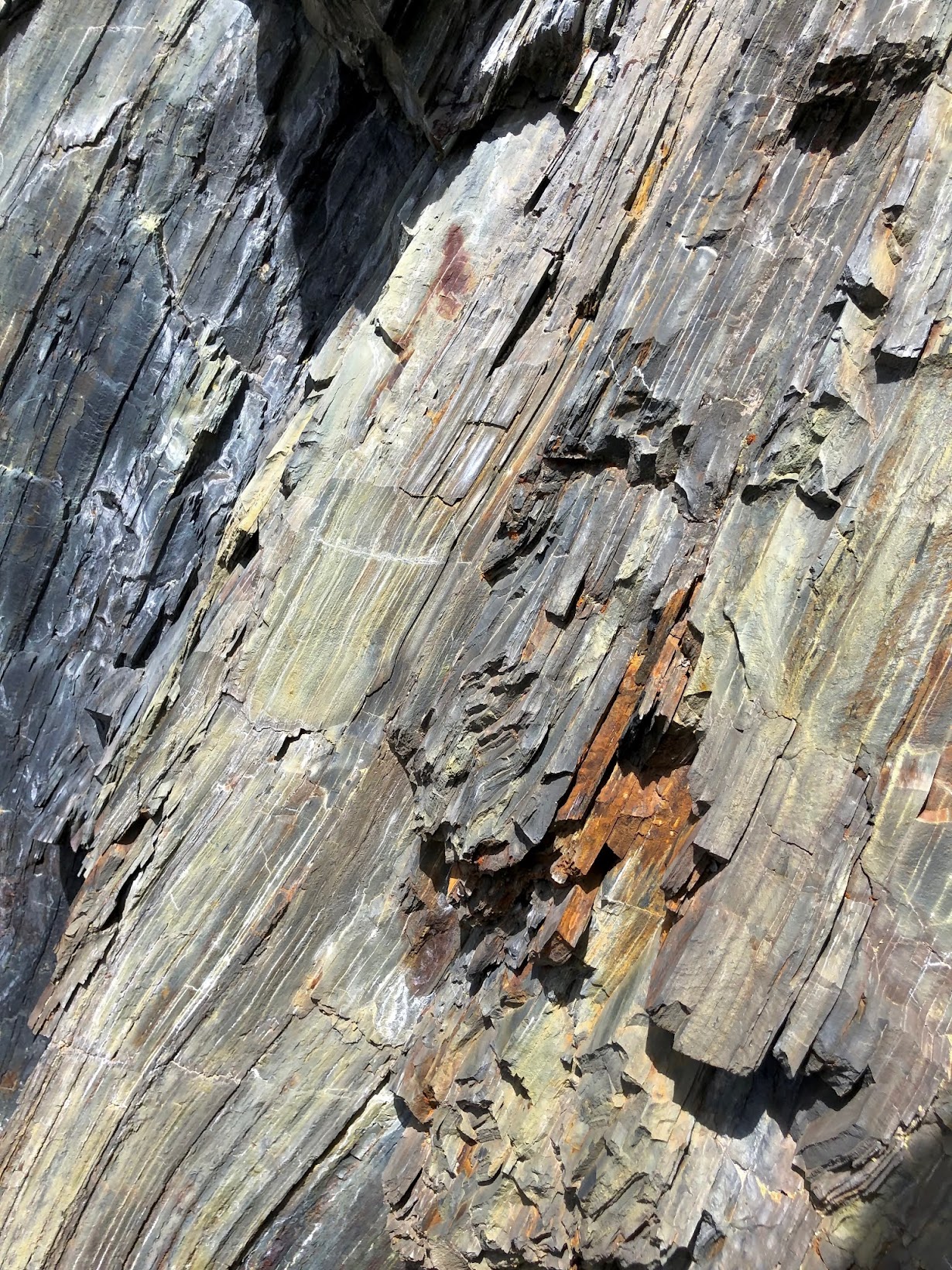 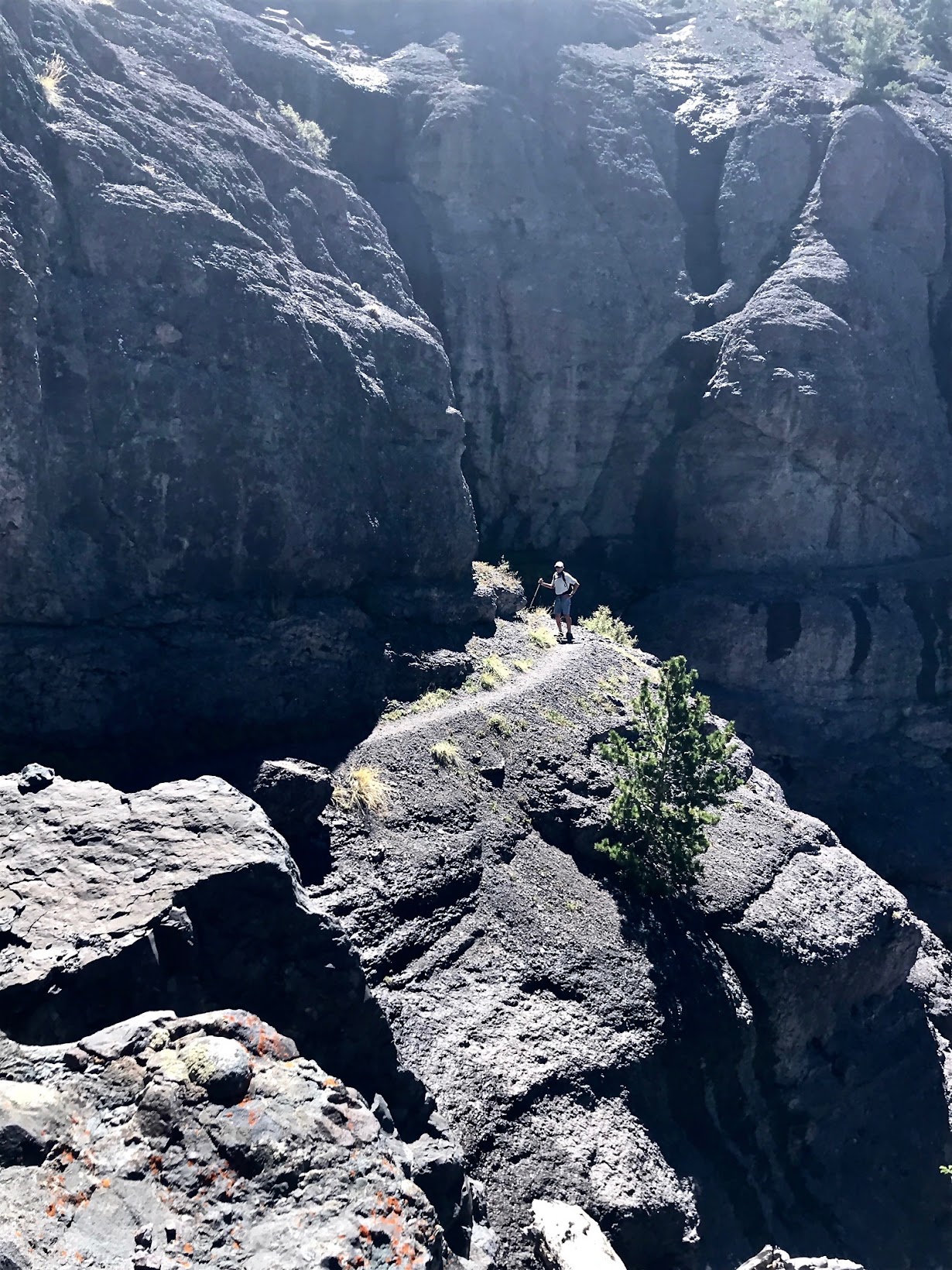 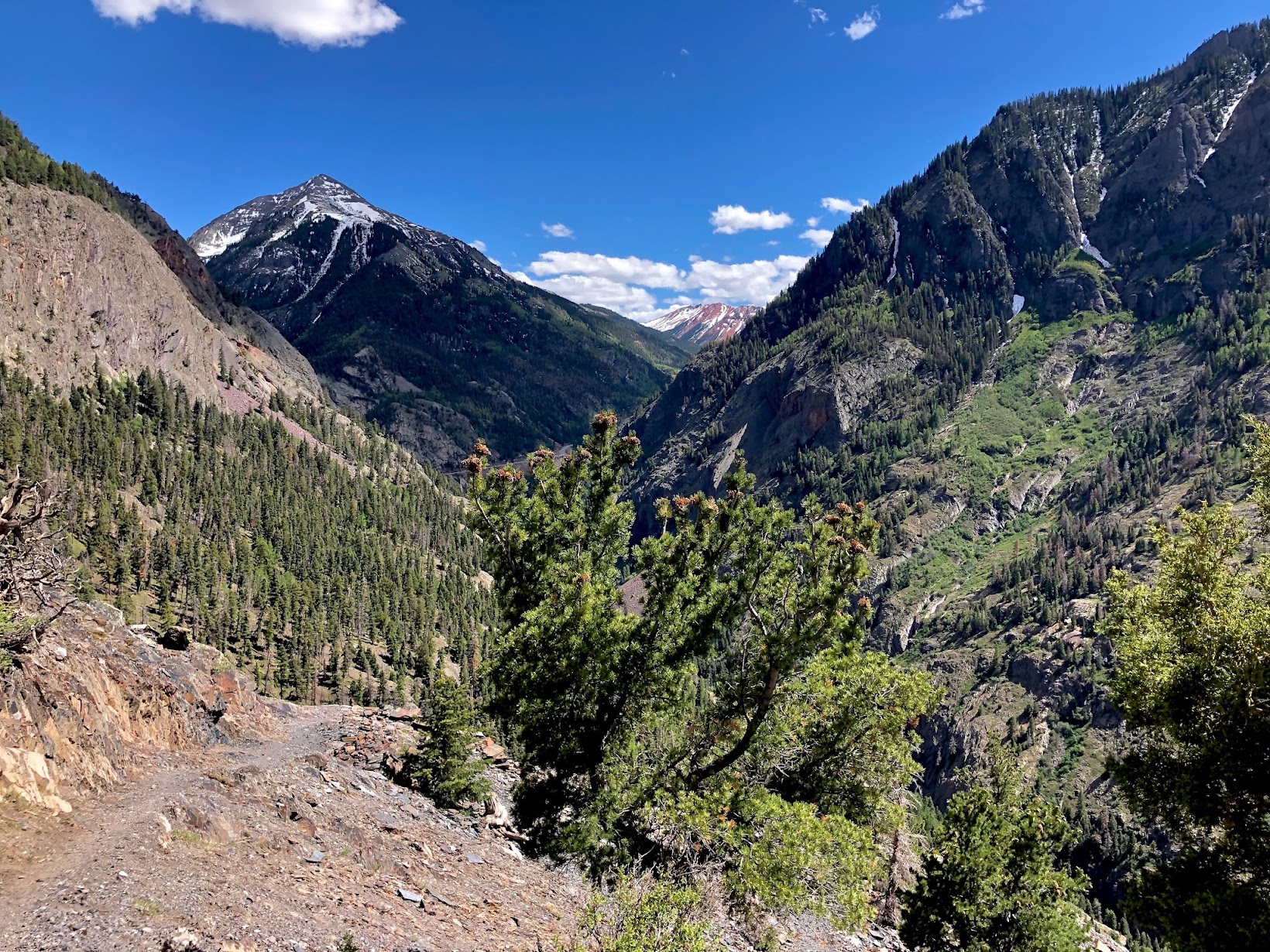 I'll leave you with this shot of Mount Abram, next weeks objective...if it doesn't snow again.
Another great hike in the books,
Peace out and Keep Moving
mark
Posted by Box Canyon Blog.com at 11:14 AM