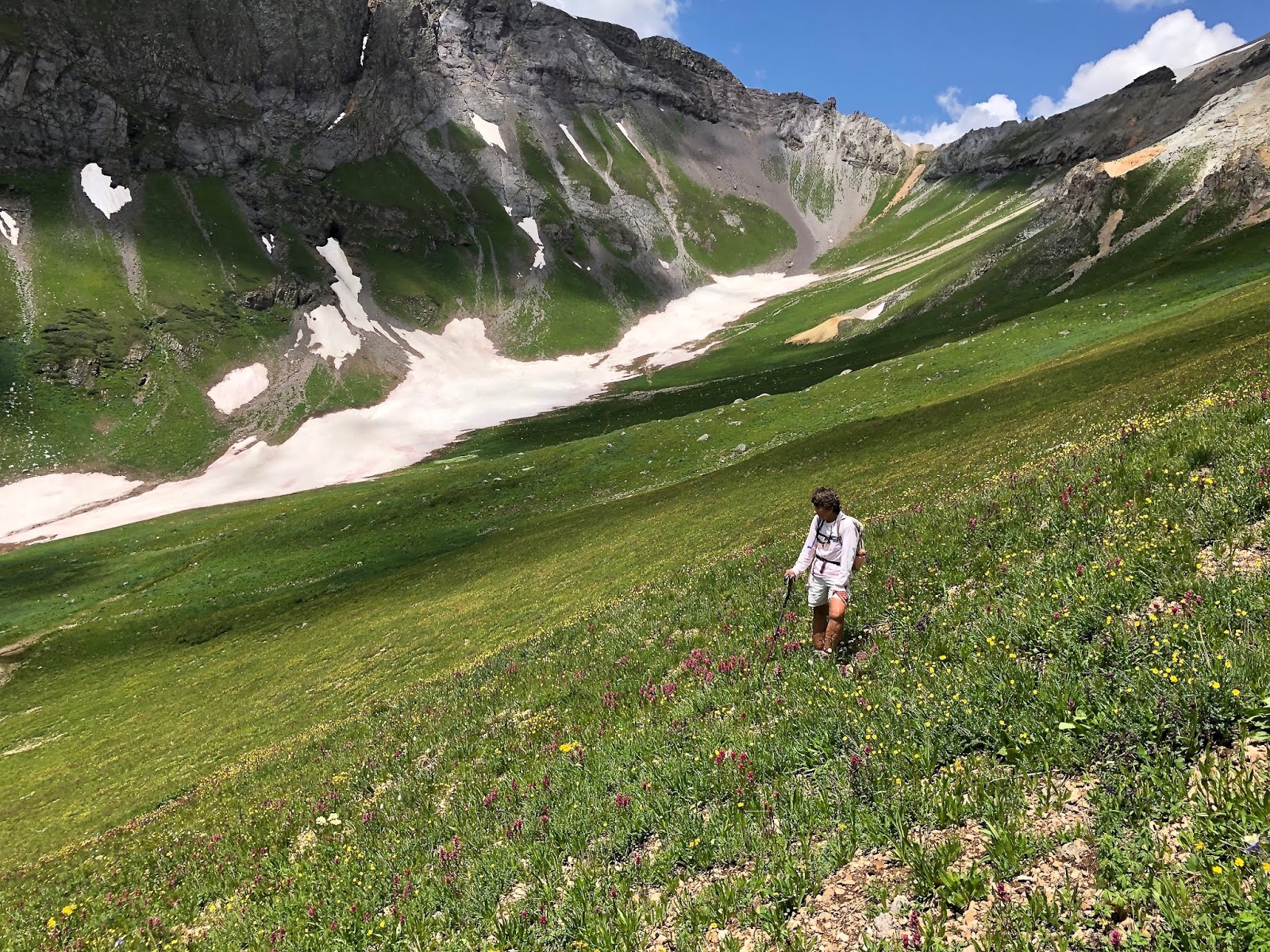 The forecast for Monday was good, so I knew Bobbie would be ready to head up to the mountains after her 3 day shift at Bear Creek Gift Shop.

On Sunday, one day after the Camp Bird race with Leon, followed by a push on up to Yankee Boy—for a total of 3,522 feet of elevation gain—I barely managed a tortoise-like one mile swim at the Lovely Ouray Hot Springs lap pool. I followed it up with a nap and long soak in the hot pool.

On hike-day Monday, my still-sore legs were not pleased with the plan to summit a 13er above Spirit Basin. I told them (my legs) that it would likely be more of a "route-finding" mission than an actual summit. So after signing some Promissory Paperwork, they agreed to give it a go if I agreed to turn around when they had had enough :)

On the way, near Crystal Lake, we spotted a couple adolescent female moose feeding in a pond by the road. Though we've seen moose around Mineral Creek on the Silverton side of Red Mountain Pass, this is the first time we've spotted moose near Crystal Lake. It's good to know they're thriving. 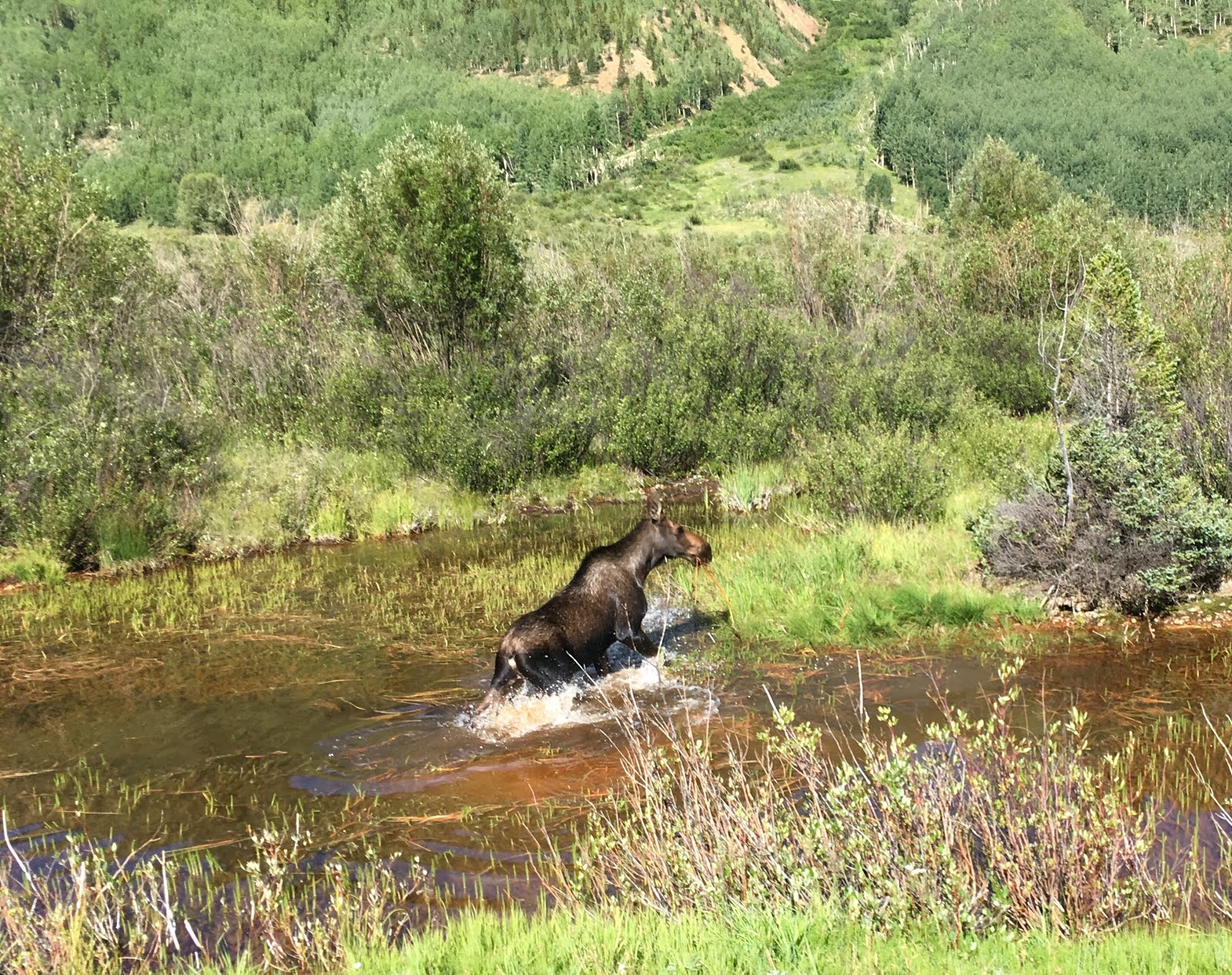 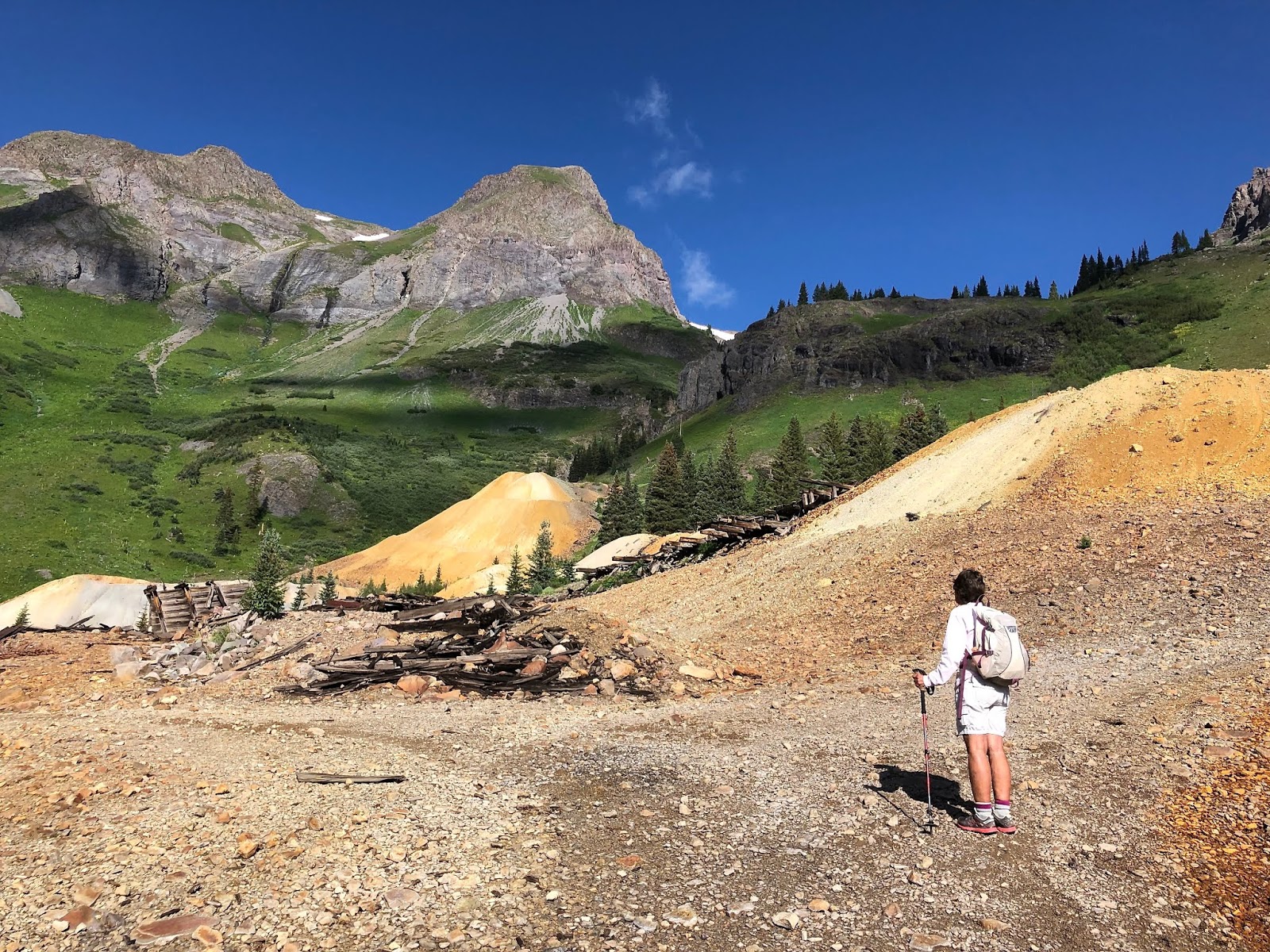 Ahhhh, summer in the mountains on the way to Spirit Basin. Below is a photo shot from the near the same spot during winter... 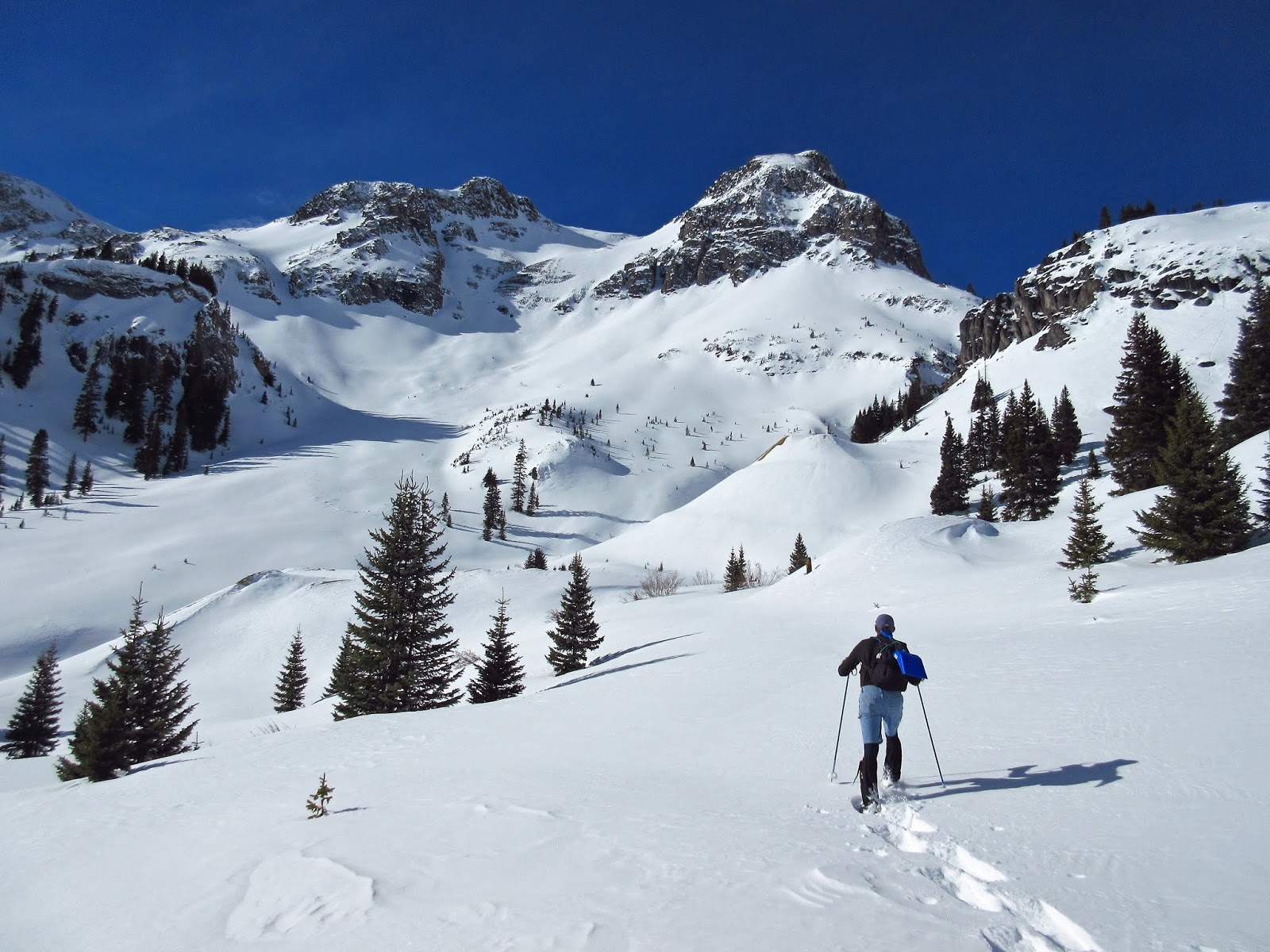 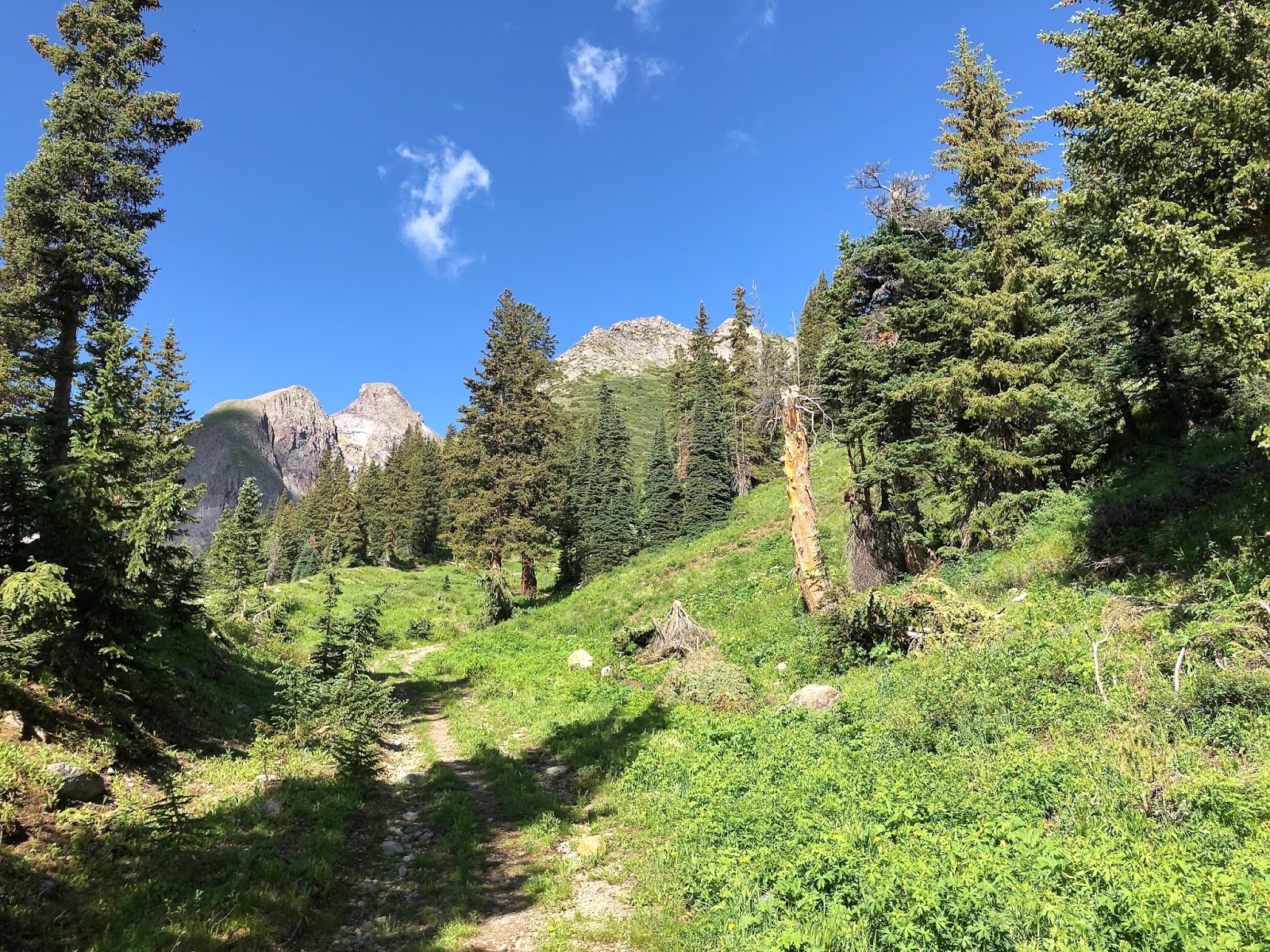 The trail wound up beyond the mine into Spirit Basin...known locally for spectacular displays of wildflowers around mid July. Here it is mid August and the flowers were just getting started. 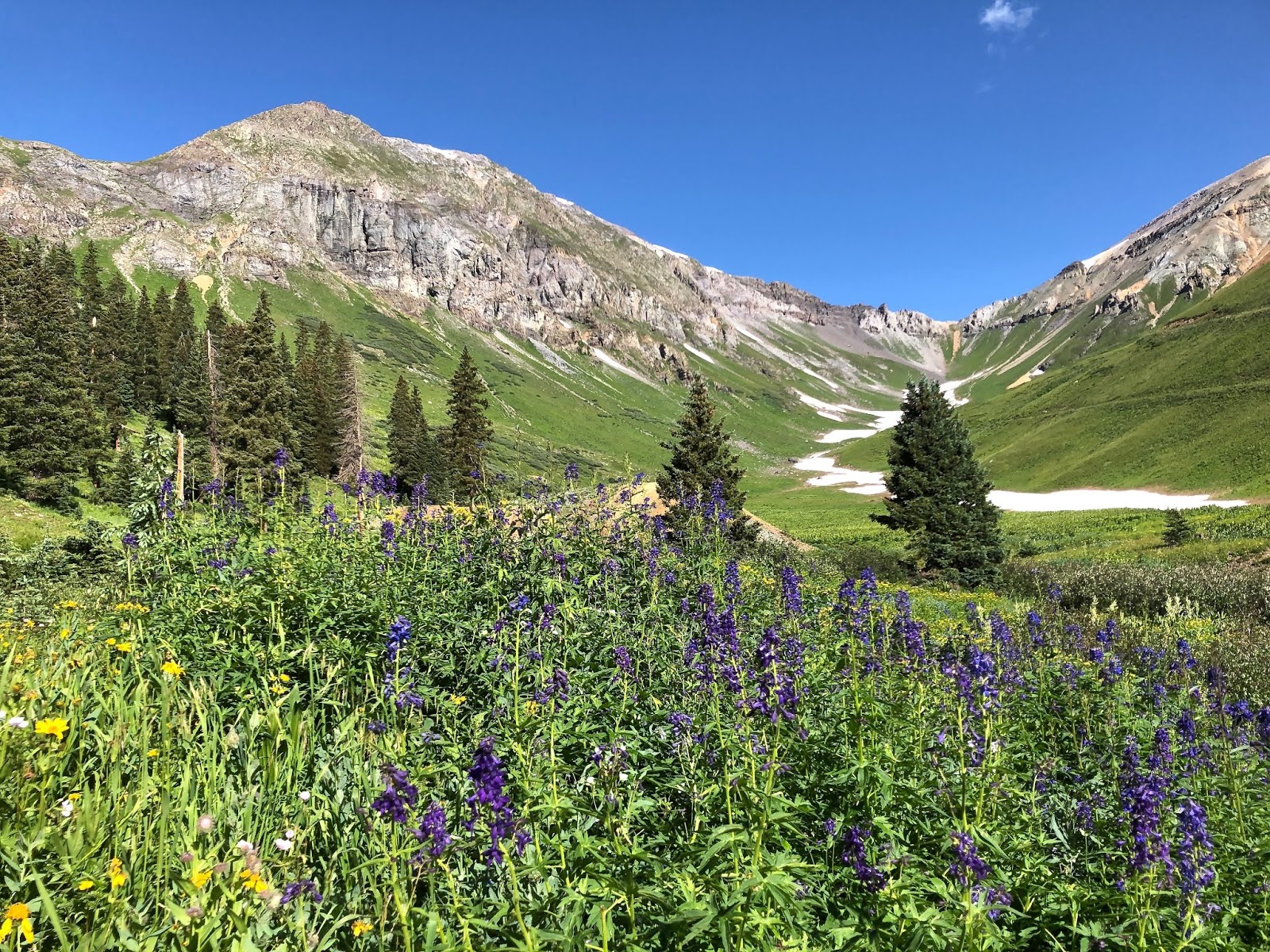 We hiked on up to where the trail topped out and drops into the next basin...eyeing the nameless 13er we've been wanting to climb. We circled its base, looking for a possible route straight up through protective ramparts. Maybe...but we'd have to get closer to be sure. After amending the Promissory Agreement with my legs, we chose a steep, straight shot drainage up...passing by several old mines along the way. 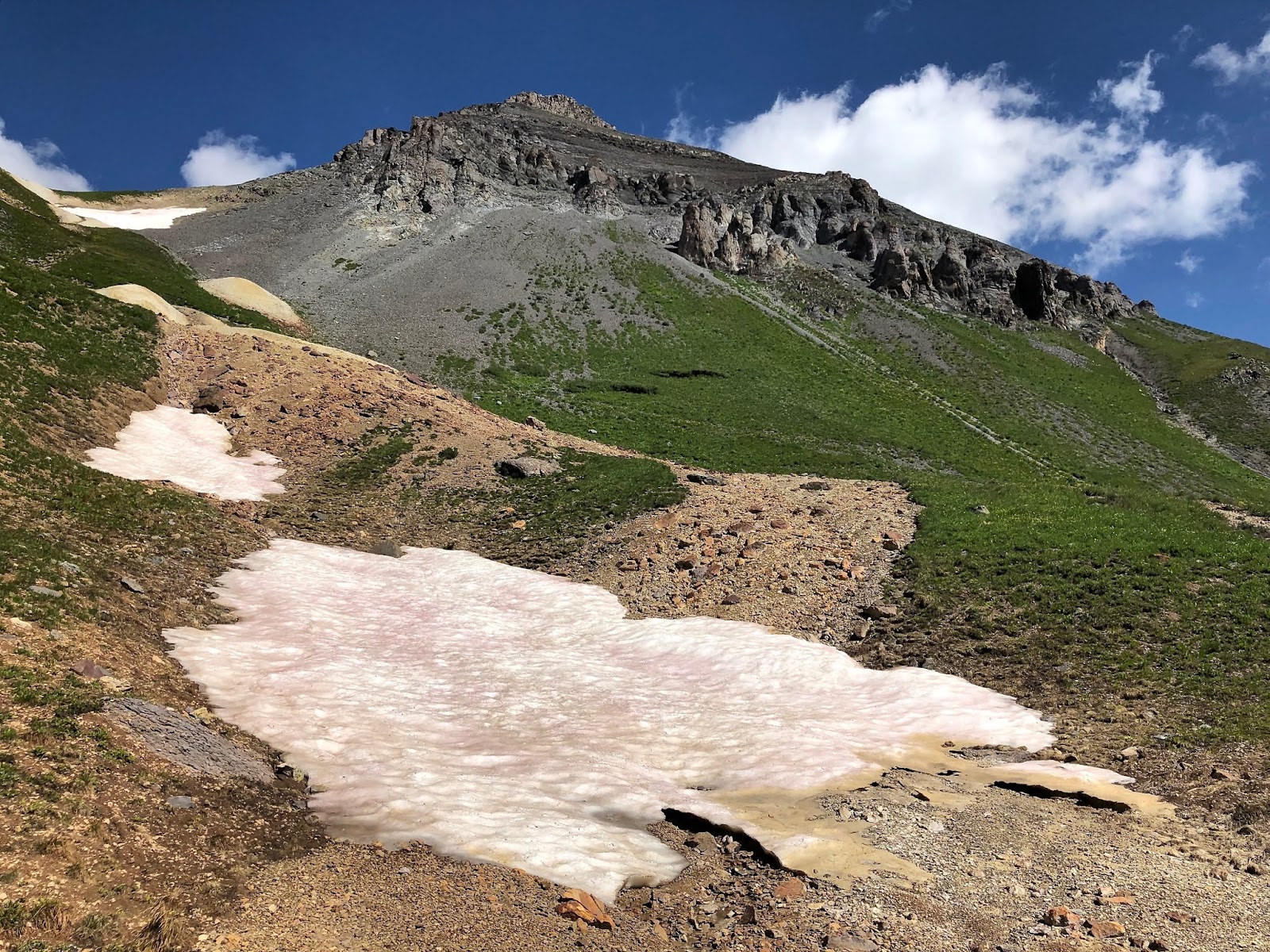 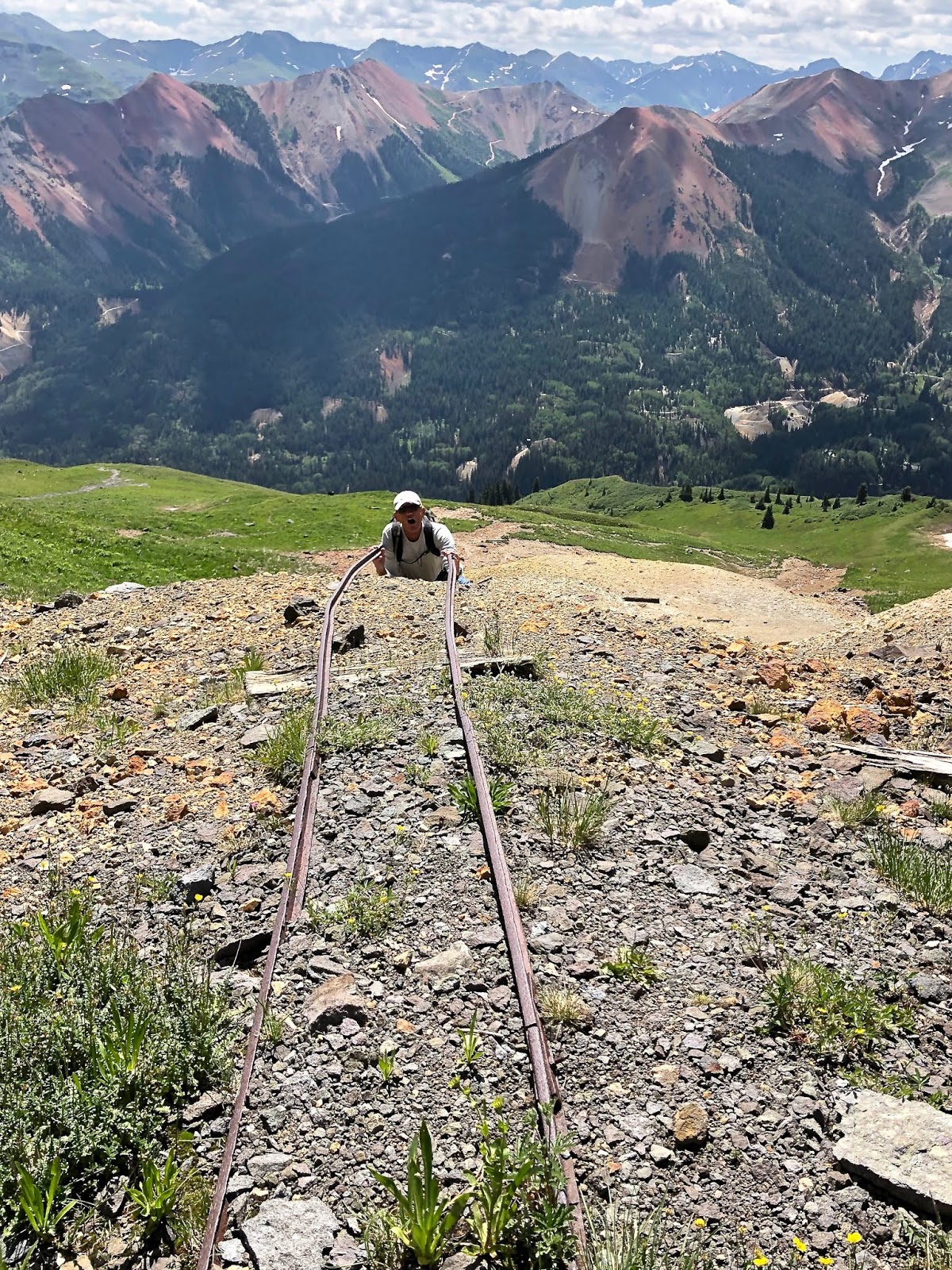 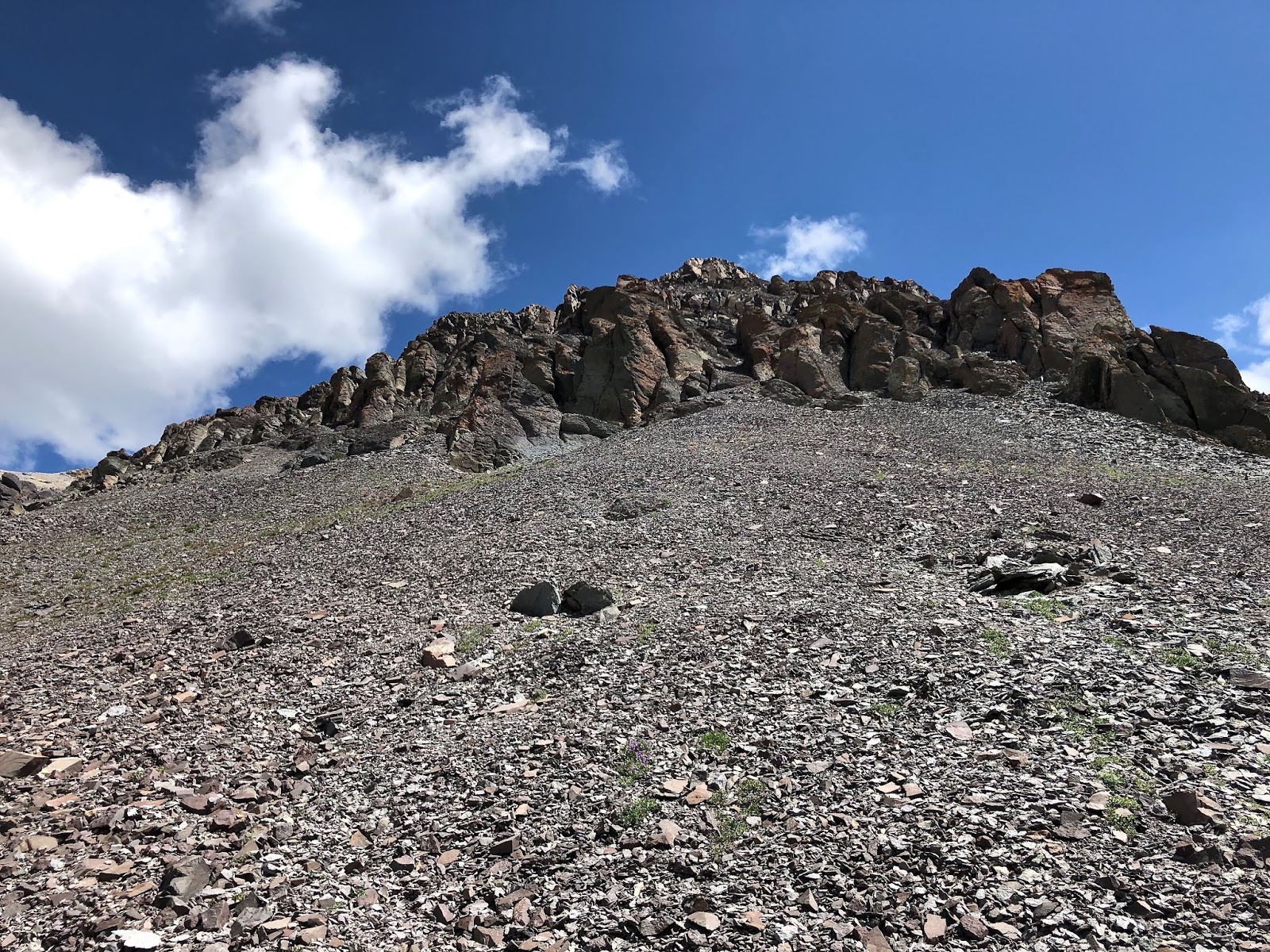 After considerable time and effort spent on scaling the mountain's shed of loose scree, we decided the ramparts were, for us, impenetrable. This 13er would have to be attacked from another side...possibly by gaining the adjoining ridge shown in the photo below.


Time to head down. The good news is that we found a few patches of wildflower on our off-trail descent. 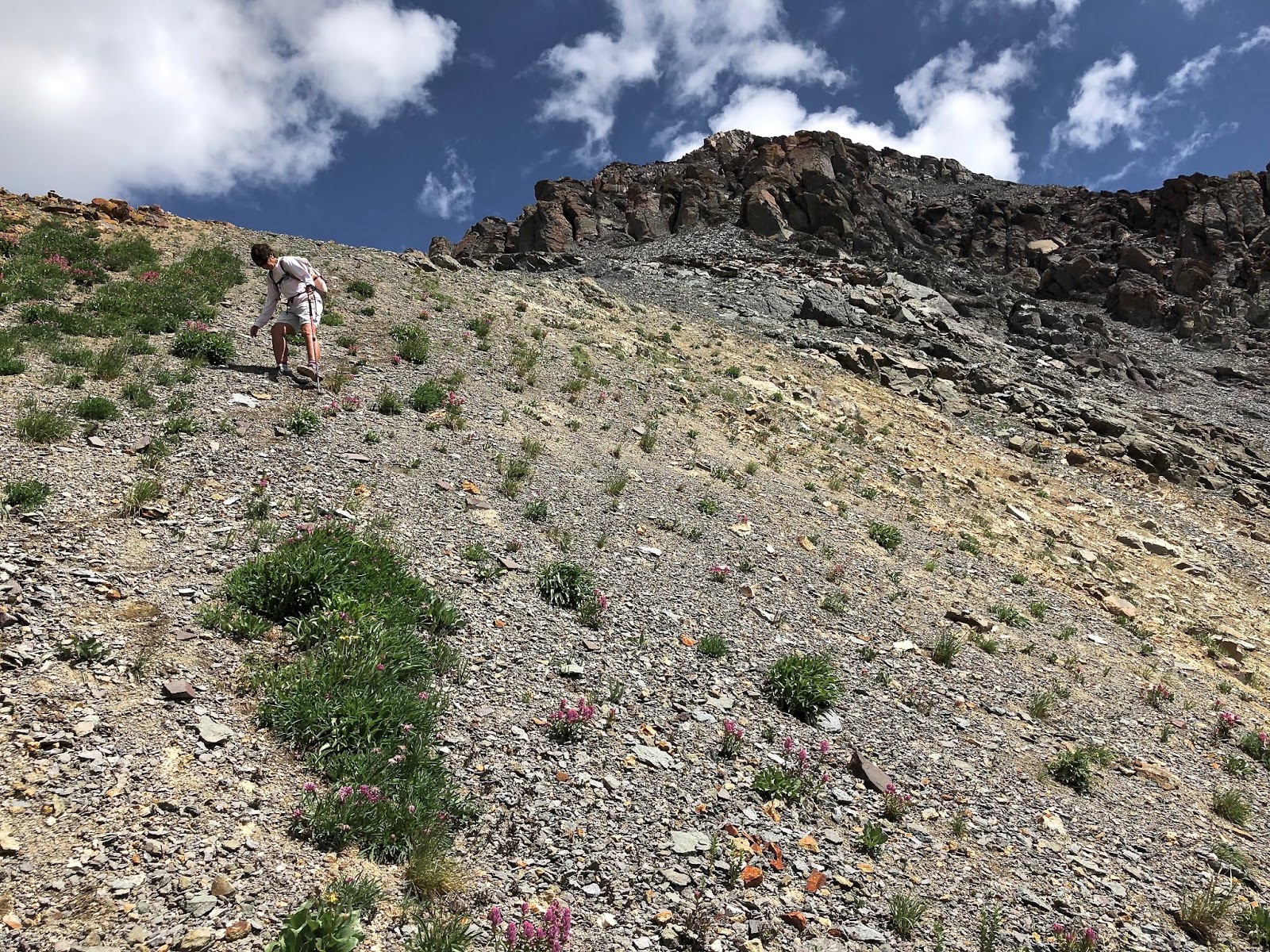 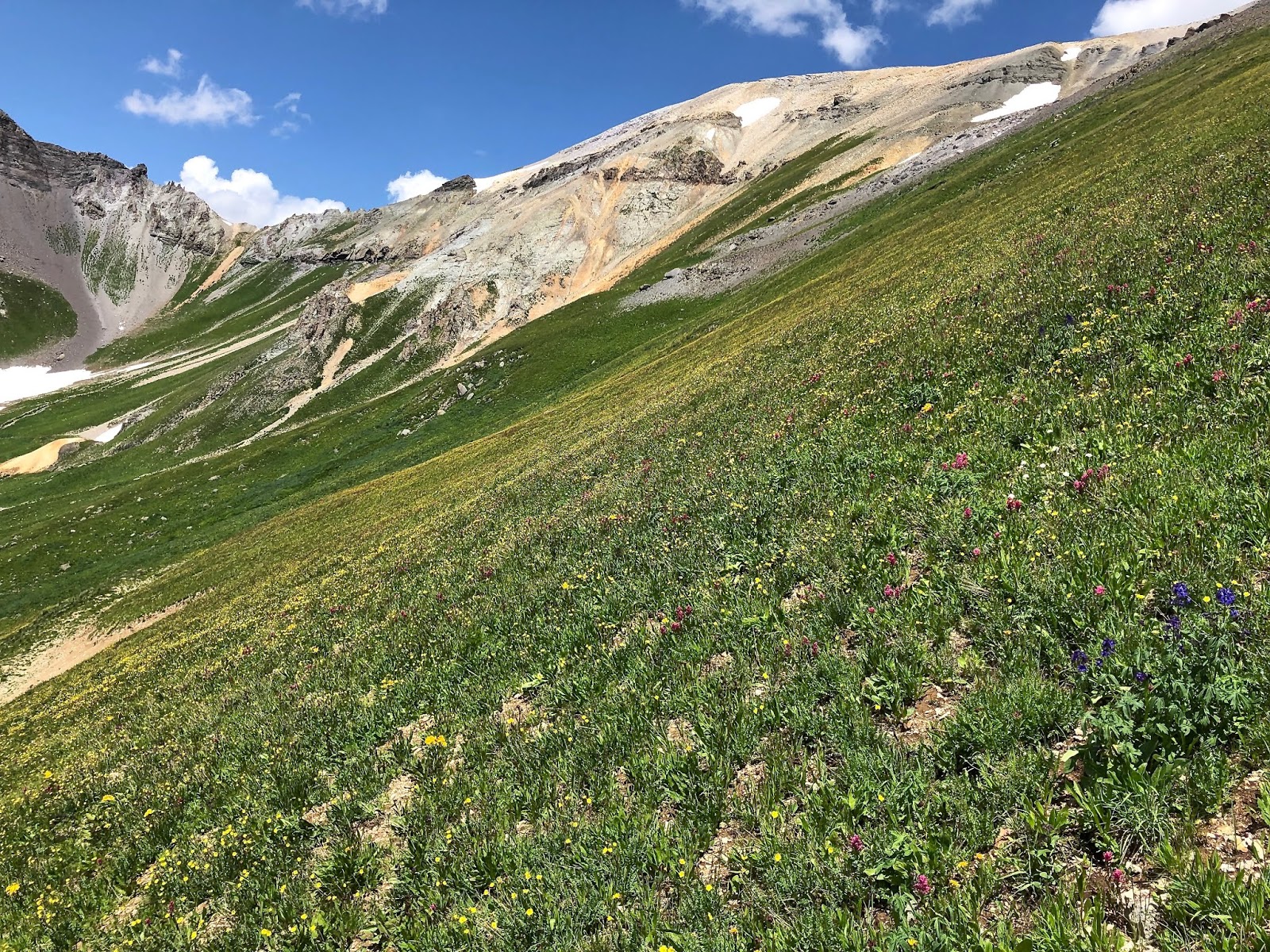 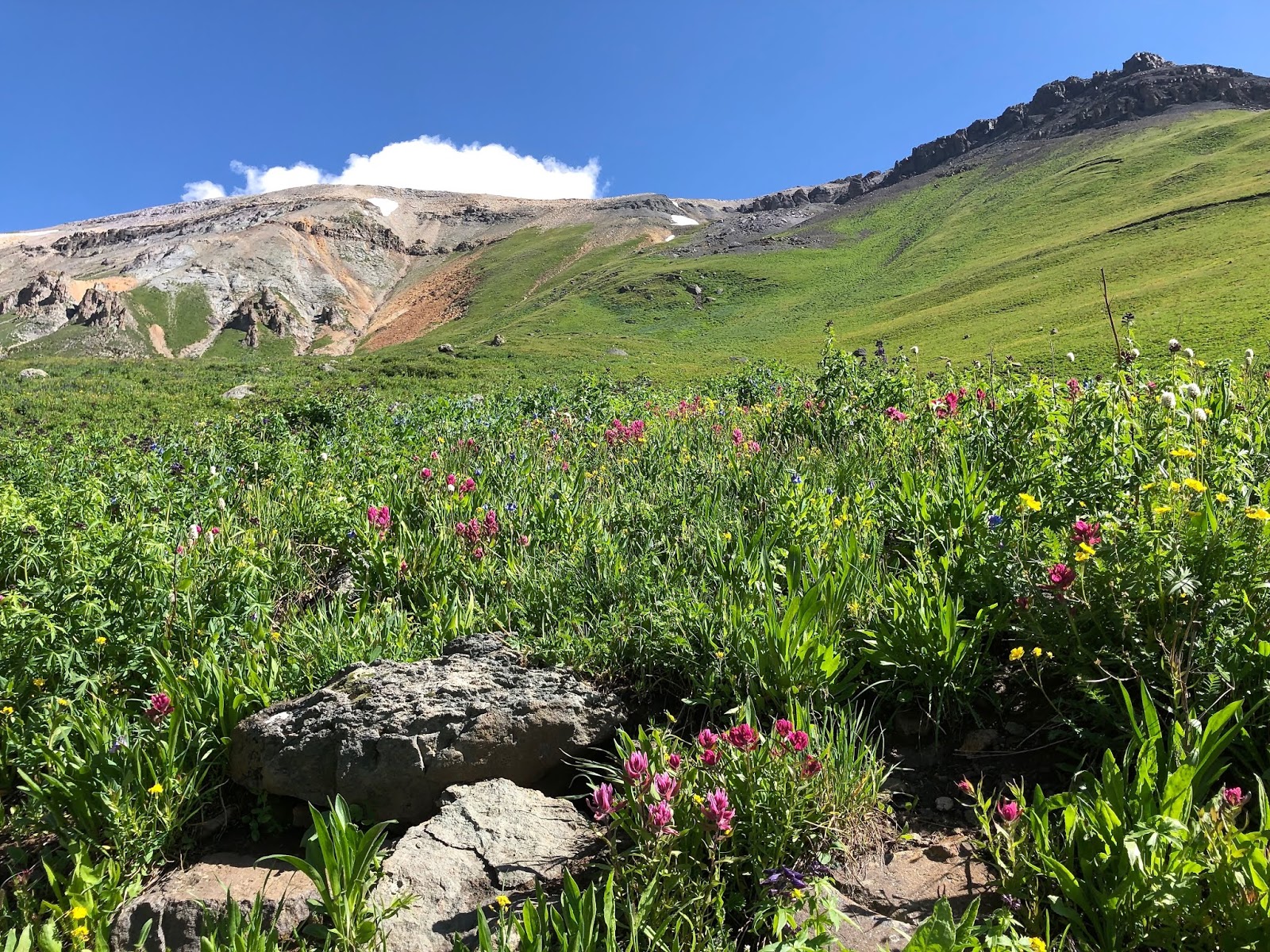 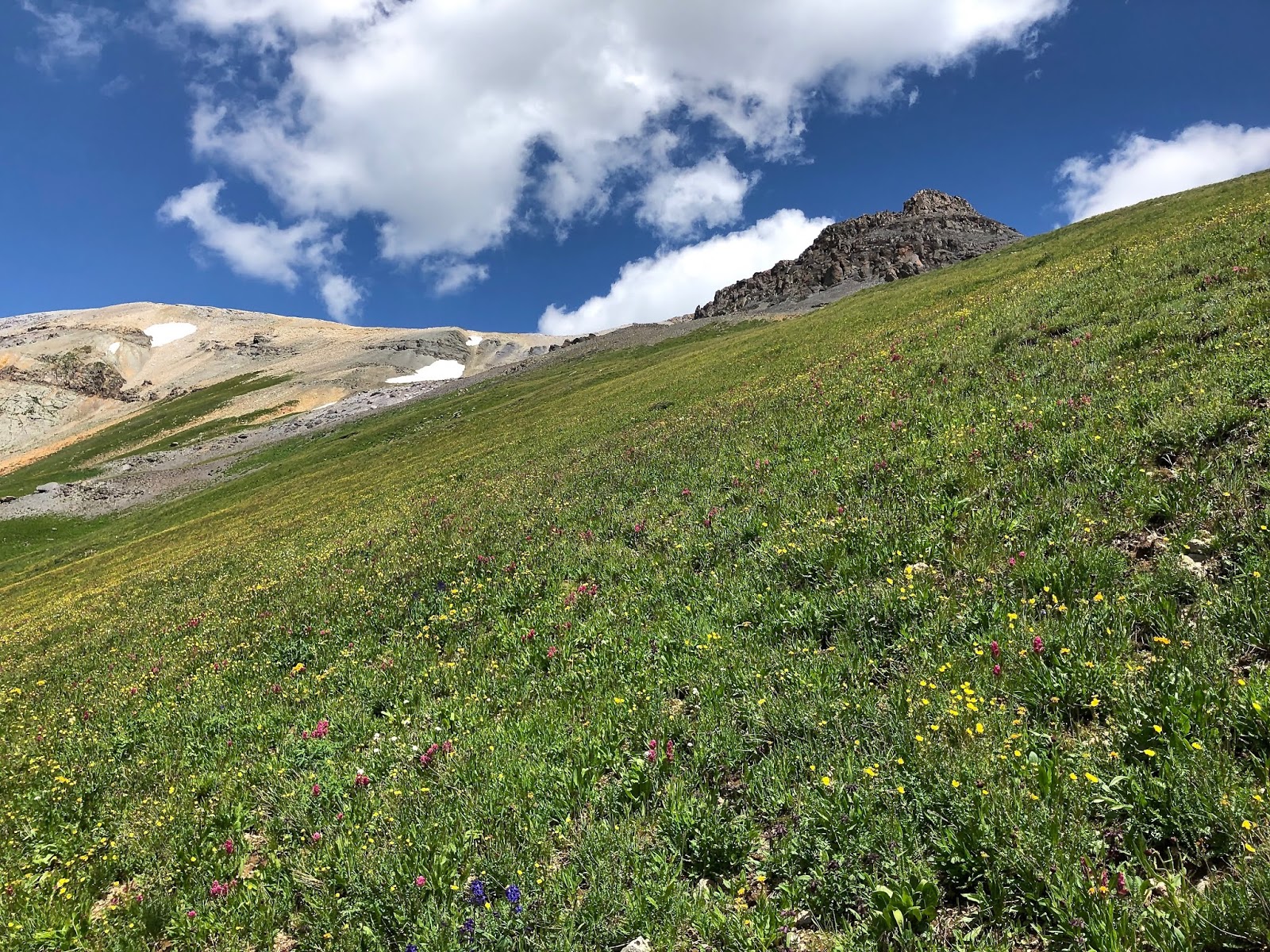 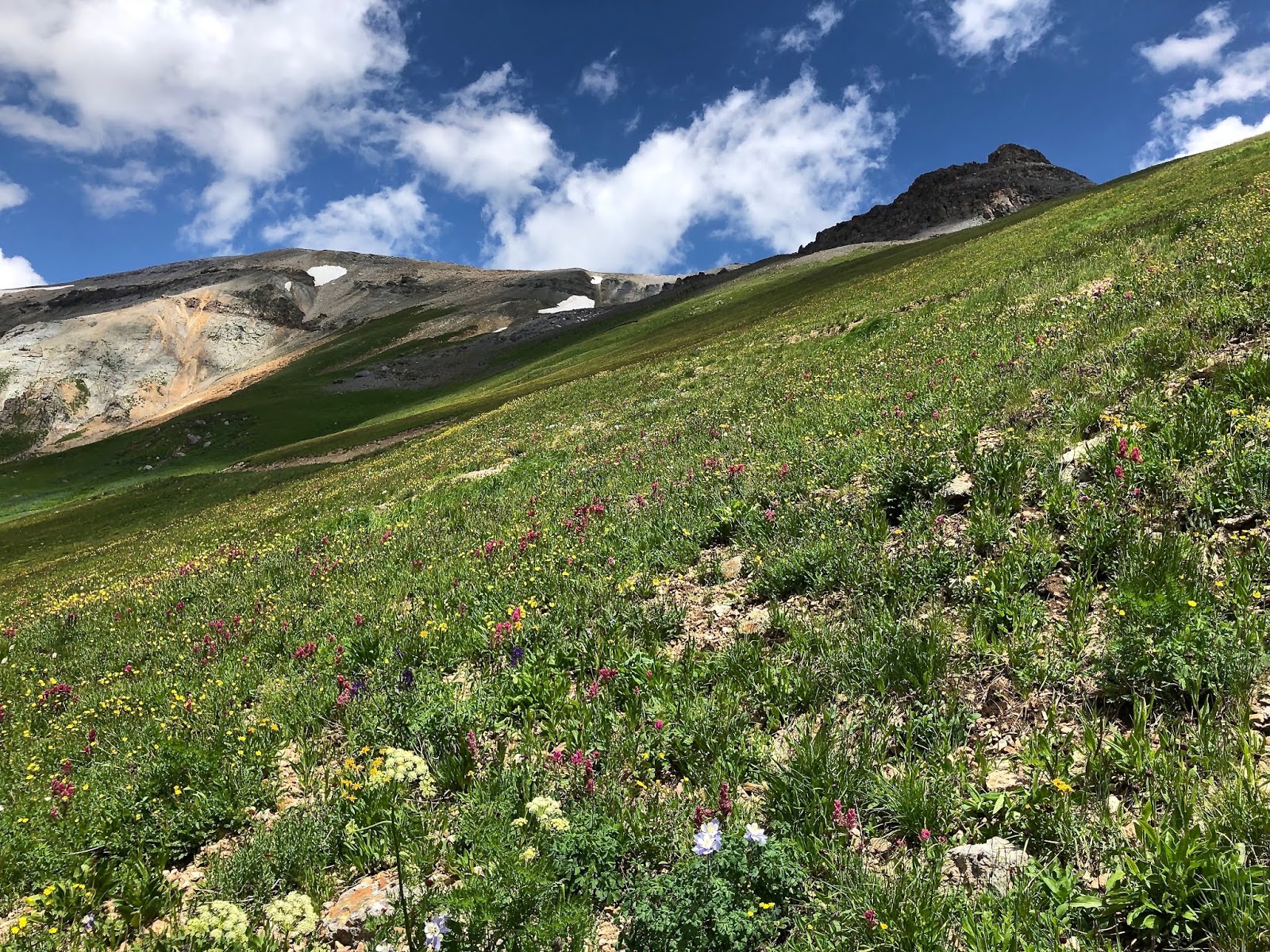 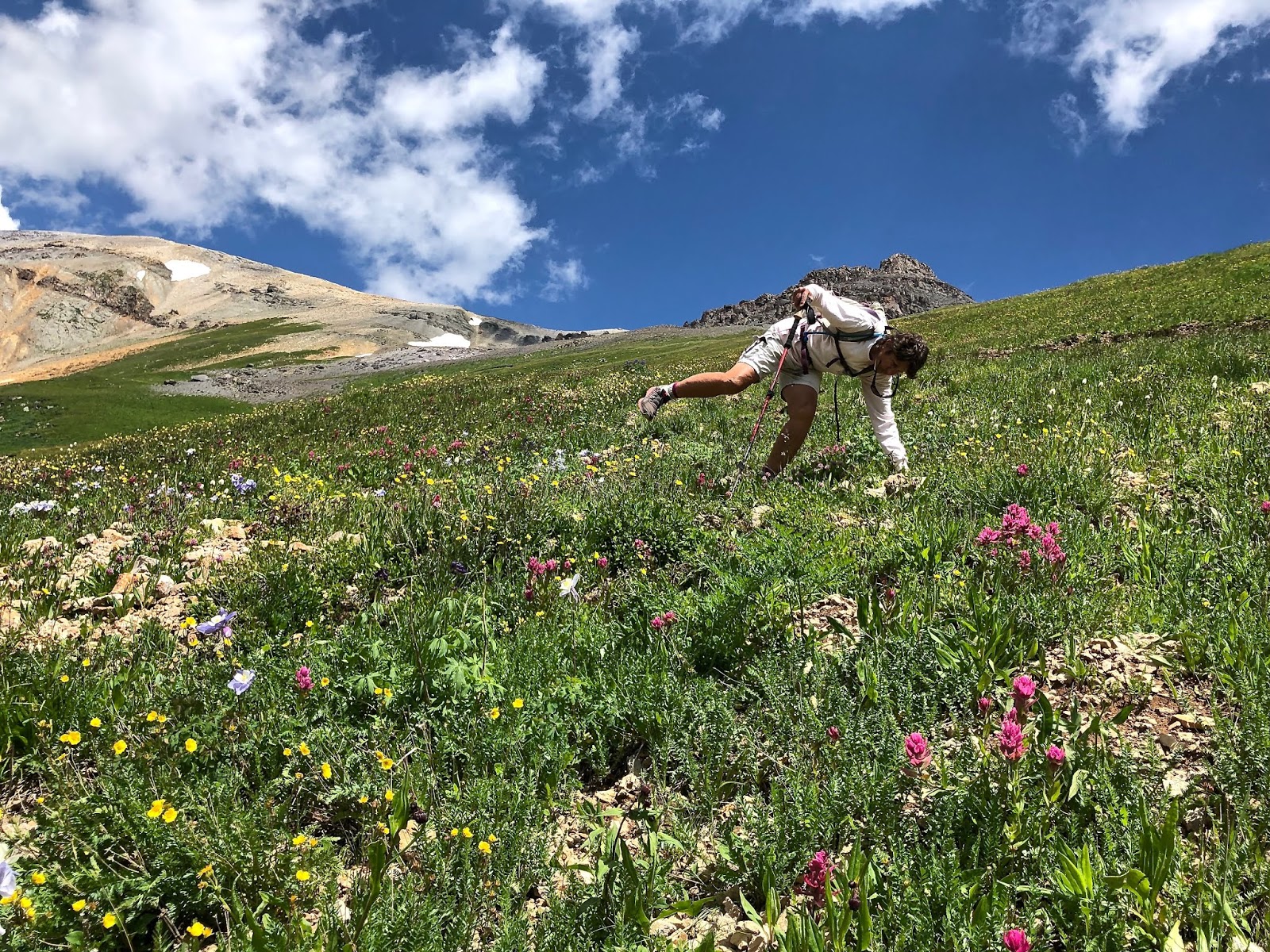 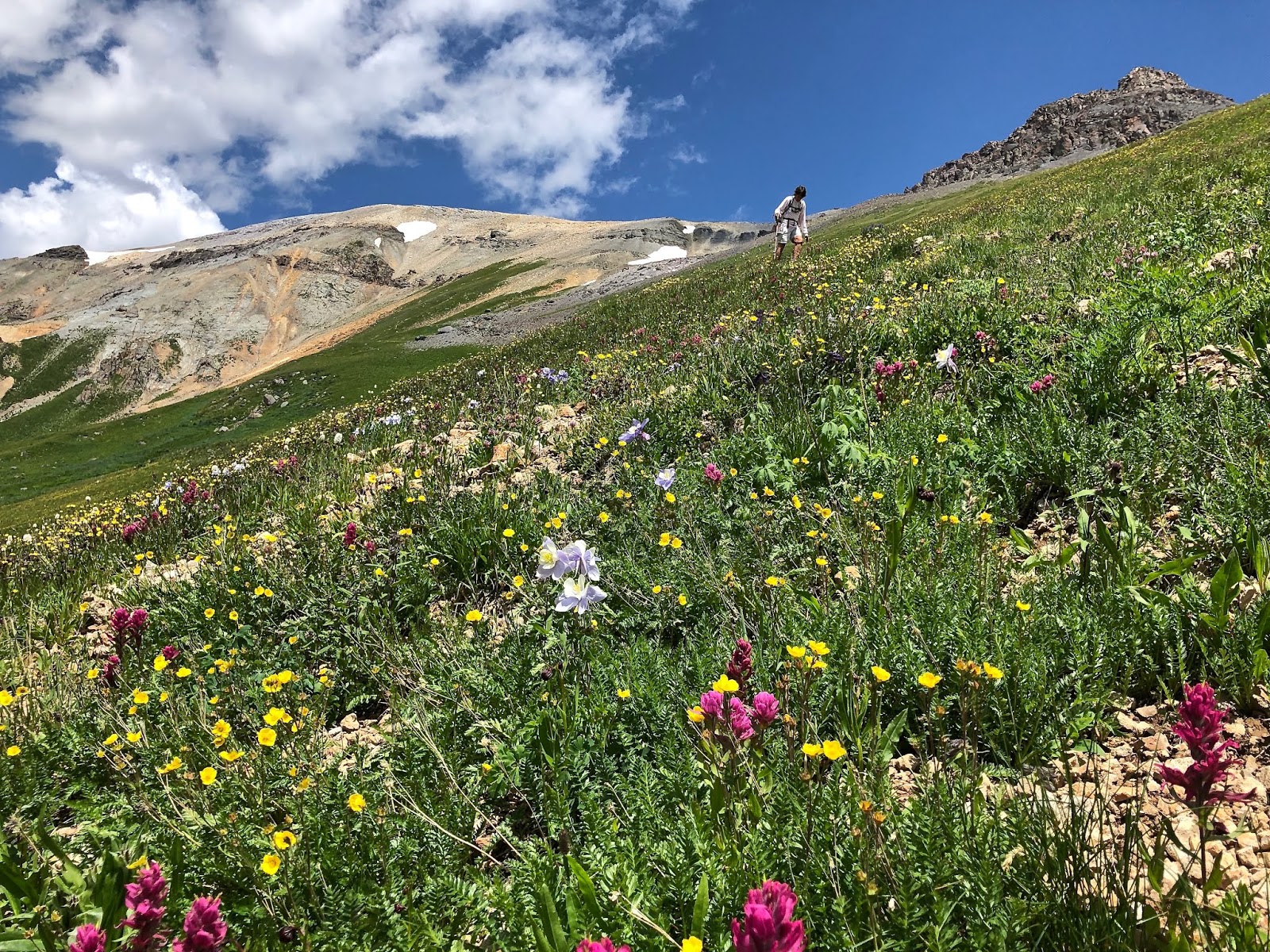 Defeated, but not dejected. Maybe next time...on fresh legs.
Peace out,
mark and bobbie

I'll leave you with one more winter photo of the climb to Spirit Basin...