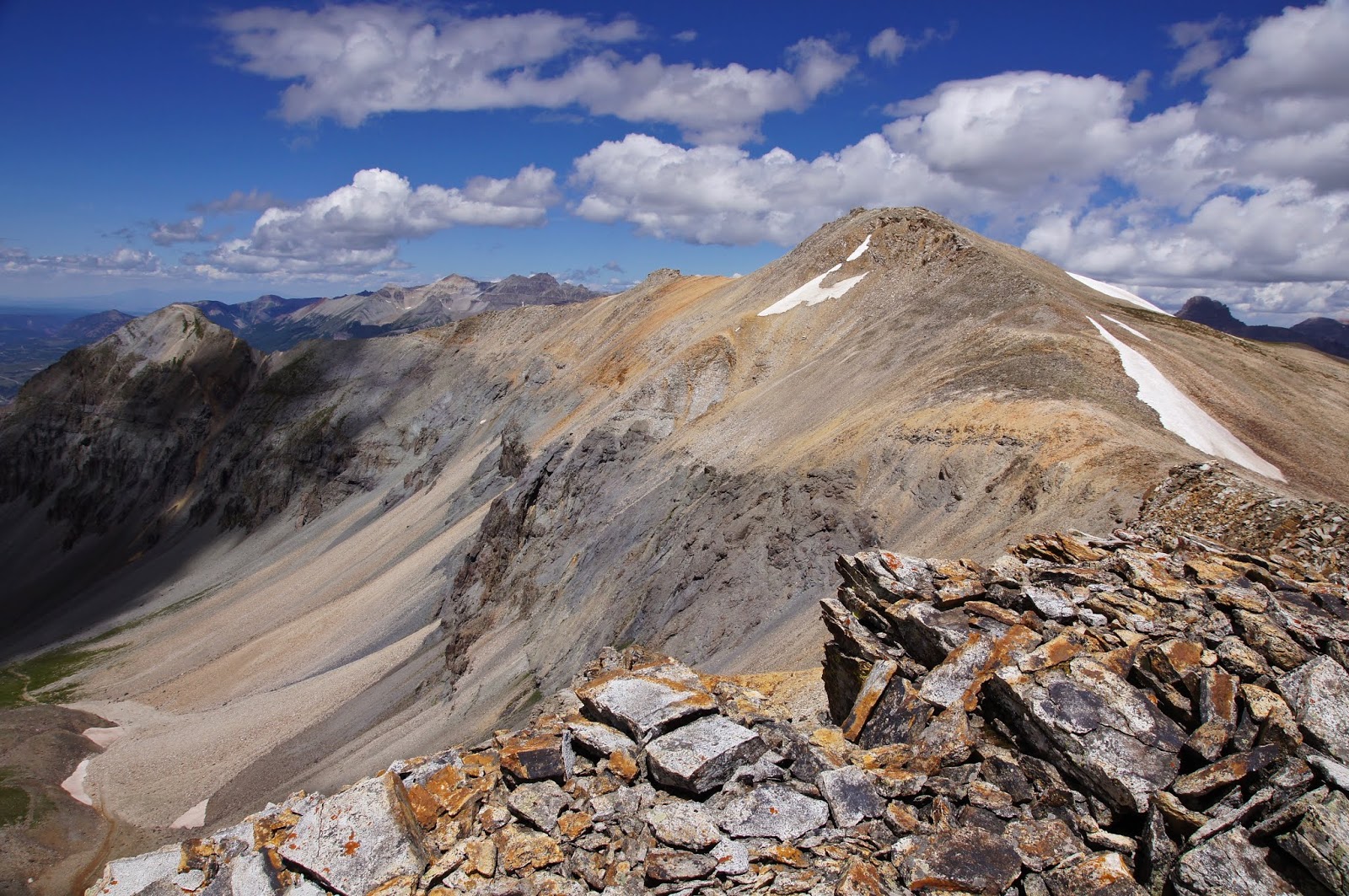 Another week, another opportunity to finally beat Pal Leon in the "Summer Series," Man on Bike against Man on Foot. We are told by our parents—as well as most "successful" people like Bill Gates and Colonel Sanders—that it is struggle that shapes us more than triumph....that failure is the foundation upon which success is built.  Hmmm. It's either bull-hockey or I'm long overdue for the big dubya.


Failure is a hard lesson to stomach, as most valuable life lessens are...even the reverse aphorism, the more one fails, the more they appreciate success. Yeah right...if it ever happens.

Over my life I've come to realize that I'm wired for outdoor challenge. Win, lose, or draw, I am restless and unhappy camper without a big "push" a couple-three times a week. Another race day with Leon rolled around this week. There was a time when I gleefully anticipated another chance to beat that scrawny ole piece of dried up shoe leather. But lately it's been more resignation, than anything positive.

I wake early Saturday morning, curious about the weather after an all-night drizzle. I shuffle out onto the deck in predawn's twilight to look for clouds and take a few deep breaths. The air is cool and dense with humidity, brimming with the sweet scent of damp pine.

I wonder how muddy Camp Bird Road will be...how much extra effort it will take to overcome the goo.
Doesn't matter, Mark, Leon's on his way from Montrose. You're hopelessly committed.
My iPhone forecasts more rain, starting at noon. We'll be back home by then, even if we charge on up to Yankee Boy Basin as we've been doing more of this year.

On the heels of a failed experiment where I rented a $5,000 dollar lightweight, carbon-fiber Super Bike only to log one of my slowest times (1 hour and 18 minutes), I'm now resigned to live with my overweight clunker Cannondale fat-bike...like, till the day I die!

It will be an interesting test, given tacky road conditions, to see what today's time will turn out to be and if I catch Leon on a bad day. I decide to "cheat," put a little extra air in the tires in hopes to lesson friction with the sure-to-be muddy road condition.

Long story shortened... Though humid and muddy in places, I had a pretty good ride. Leon didn't catch me till a good quarter mile farther up Camp Bird Road. I did my best to stay on his skinny ass, but to no avail. I did keep him in sight, though...a small victory in a lost war. In doing so my left quad cramps up on Heartbreak Hill. I gut it out...and take 2nd place!  😆

Leon finishes in 1 hr, 11 minutes...a PR! I finish in 1 hr. 12 min. and 45 seconds...also a PR...and on my "clunker" Cannondale, no less, in muddy conditions. Leon and I hug it out and high-five for a few minutes, then decide to ride/jog/push-bike on up to Yankee Boy. We meet Bobbie coming down about halfway. She's Leon's ride home so he doesn't have to run the punishing grade. It will be a "taper" week for him as he's entered in the annual Sneffle's Half Marathon seven days from now...looking for a PR. I think he's ready!

After a snack amid the wildflowers up in Yankee Boy, we decide to get the obligatory selfie taken. Leon goes to pee while I pick a view spot for the shot. While I'm waiting, a guy rolls up in a Jeep and says, "Can I ask you a question?"

I think he needs directions and say "Sure." This is what he felt the need to ask...

"What is the point in coming up here with a bike if you have to push it?"

I'm taken back a little. I pause, look at him, trying to gage the intent/inflection of his question. It takes a while, but it finally dawns on me that his question is a backdoor insult...like If you can't ride your bike all the way up here, why do it?"

He's alone, about half my age. Frankly, I'm taken off guard and can't think of what to say to such a question. I mean, most Jeepers and hikers say something positive. Just short of Yankee Boy a guy goes by while I'm pushing my bike through a steep, rocky, and rutted section and says, "You guys are animals!"  I holler back, "Of the dumbest kind," or something like that...trying to deflect his compliment.

At a loss for an answer tp the Jeeper's question, I finally say, "I guess If you have to ask that question, you wouldn't understand the answer."

At that he finally shows a modicum of embarrassment and says something like, "Well, I guess it's easy for me to say riding in a Jeep, and all..."
I'm like, YEAH!

When I told Leon what happened, he couldn't figure it out either. I don't know...maybe I'm overreacting, maybe it's a legitimate question. But I sensed the Jeeper had an attitude, and he just couldn't suppress what I thought to be a negative comment. After it was all over, of course, Leon and I thought of all kinds of zinger comebacks. In my defense, the old brain was a tad low on O2.

As I pointed the clunker downhill to rip home, I told Leon, "We'll see how 'fast' he is... going down a steep, rocky, rutted road when I blow his doors off and beat him back to town." Leon tries to settle me down..."forget about em." Unfortunately, the "ass-wipe" is caught up in a traffic jam along a narrow section. Serves him right, I say, squeezing by and flying on down the hill.

Peace out, and as my mother used to say, "If you can't think of something nice to say, don't say anything at all."  :)
BE NICE! mark and bobbie

Posted by Box Canyon Blog.com at 9:27 AM