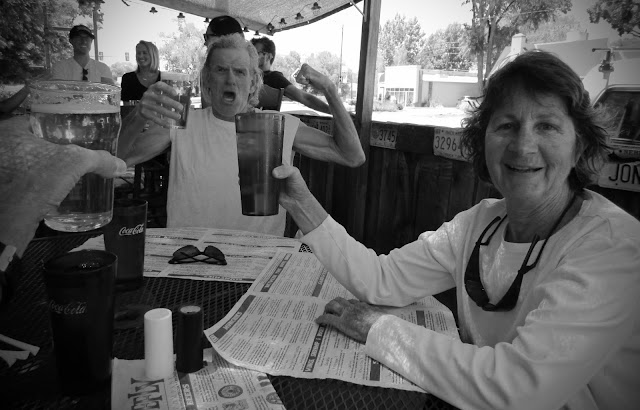 "We were young and strong and ridin' against the wind"


It was over, our mission complete. Nothing left to do but celebrate, dance to the music, and partake of hoppy IPAs.
I proposed a toast: "Here's to another fine day outdoors in the company of fine people. Cheers!"

This is a Geezer's permutation of  a day in the life of three modern-day Geezer Musketeers (One for all and all for nothing).

After over four hours in the saddle—half of which was pedaling uphill into a Bob Seger wind—we were sore of ass and dry of throat. Time to recoup de gras at the Horsefly Brewery in Motown (Montrose).

Today's adventure plays out on Government Springs Road, somewhere middle-ish between Ridgway and Motown. GSR heads west off highway 550 at an elevation of 6200 feet, then snakes it's way up to the southernmost swell of the Uncompaghre Plateau, near the base of Horsefly's negligible knob at 9300 feet. 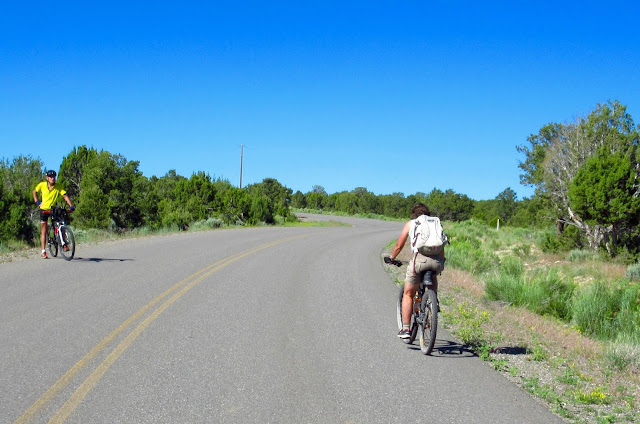 Bobbie and I had ridden GSR before, but I'm guessing it'd been nye onto 20 some years ago. In those days it was a seldom maintained dead end gravel road. Nothing out there but a smattering of rural loners who'd become disenchanted with the Big Citah "police state" of Montrose (they hired a second cop). Just too much pressure and gridlock for them, what with the one stoplight and all. The gravel used to peter out in a few miles, after which it was one of those rutted fine-if-it's-dry-but-ya-ain't-commin'-back-if-it's-wet bottomless clay bogs.

But GSR got paved back in 2005 thanks to "Cornerstone Colorado," a massive development funded by a Texas oil billionaire who thought our remote wilderness could use one of those ostentatious "Heaven's gated" communities with a private 18 hole Greg Norman golf course. Holy Moly; 6,000 acres of prime Colorado high country got carved into "Hobby Ranch-ettes." Part of the "deal" was that Cornerstone had to pave not only all the roads within the development, but the ten miles of GSR that served as access to their "Heaven's Gate."

All-in-all, with the costs of paving, infrastructure, utility runs, club house/restaurant, Greg Norman golf course, riding stables, lakes, ponds, and so on, the billionaire managed to spend 120 million dollars. Of course, this only managed to put a tiny dent in his financial empire... kinda like us loosing a dollar in a slot machine.

Long story short, after a gauntlet of red tape and promises, the billionaire's dream finally came to fruition in 2007. Ah, timing is everything, eh?  Yep, just as greed was about to catch up with a highly corrupted mortgage/investment sector, one that ended up melting down the housing and stock markets, Cornerstone put's out a "For Sale" sign. But "the rich" suddenly pulled back on buying second and third homes, the chicken shits. Home values, as well as the "the market," were in a free-fall and nobody knew where the "bottom" was.

Thus, Cornerstone became a "distressed property" after a few years... got sold and resold several times to "investors" who didn't exactly embrace the same utopian "vision" that was promised by the original developer. They were reluctant to dump more money into a "ship" that was still sinking.

Eventually the fancy clubhouse/restaurant closed, then the fancy riding stable, the award winning 18 hole golf course, and so on, and so on. For the few who bought into the "dream" and purchased land, or worse, purchased land and built a fancy home on it... well, they got the "shaft" of their golf club rammed up their rear ends. Lawsuits are ongoing, as you would expect. But in today's big business "Donald Trump" world, it's hard to squeeze blood out of a financially sheltered "turnip." So it's the little guys that get hurt... the employees, the small investors trying to play with the Big Boys, hoping to make a little money.

It isn't fair. All the "Donalds" do if things don't work out is file for bankruptcy. Poof. Oh well. You see, they shelter their personal assets by forming a "shell corporation." I mean, is Donald, alright, but if things don't go as planned his personal fortune isn't at risk. Pretty easy to "gamble" with those kind of rules and safety net. Meanwhile, most "Mom and Pops" second mortgaged their homes to try and keep their businesses afloat during the meltdown, and the bankers were not patient nor understanding when it came to foreclosing.  The game is rigged, me thinks.

So our ride was smooth... no traffic, on seldom used pavement. It was over 10 miles to "Heaven's Gate," steady uphill, and against the wind. We figured whoever owns Cornerstone by now probably isn't paying for the promised security that's supposed to keep the "rift raft" out, and simply rode around the gate. While the streets in "Heaven" were not paved with gold, the views were Heavenly. We rode six additional pleasantly vacant miles in solitude on Cornerstone's less traveled roads. Here's what we found behind "Heaven's Gates." 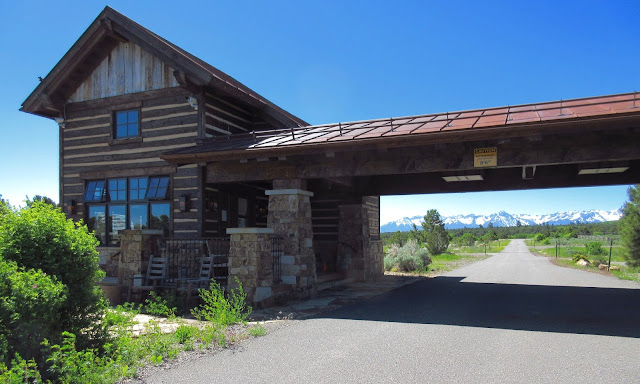 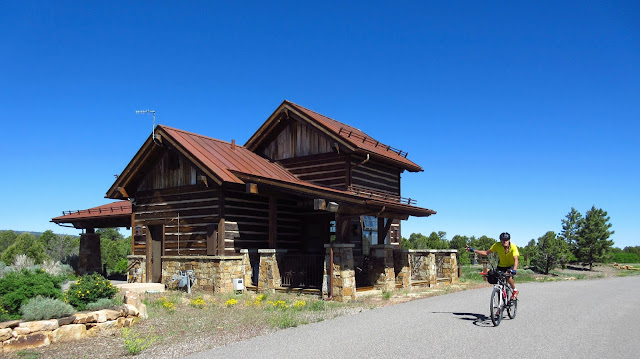 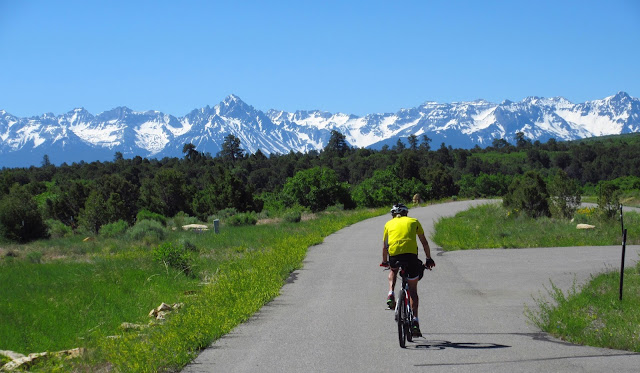 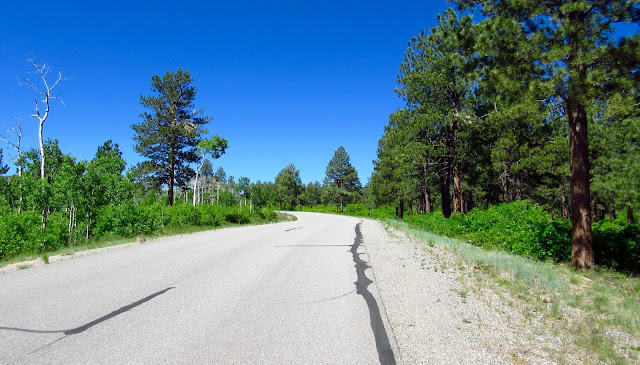 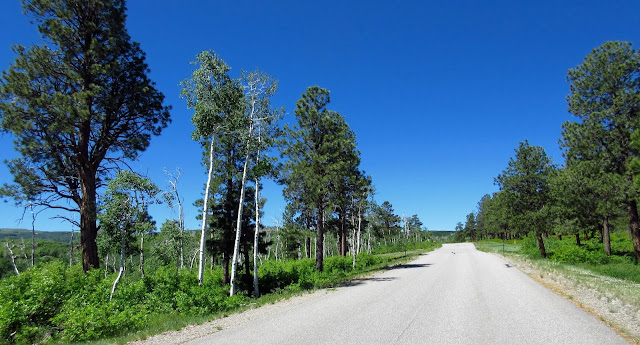 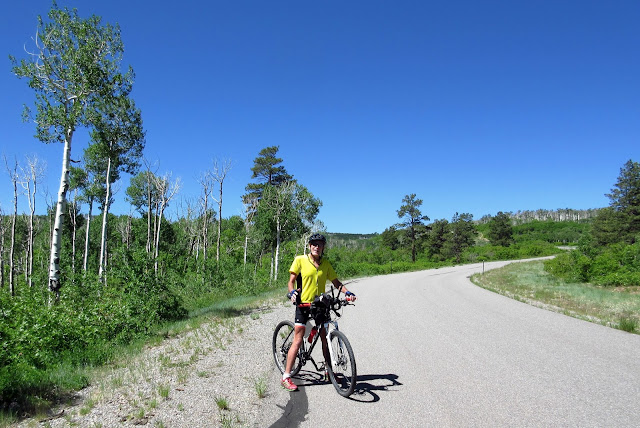 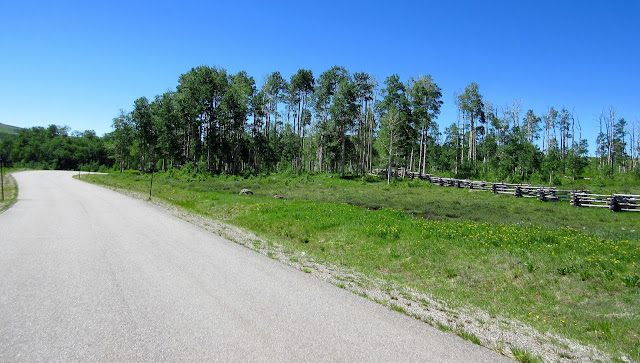 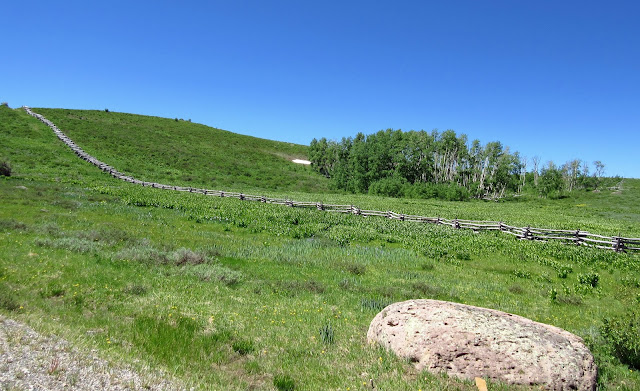 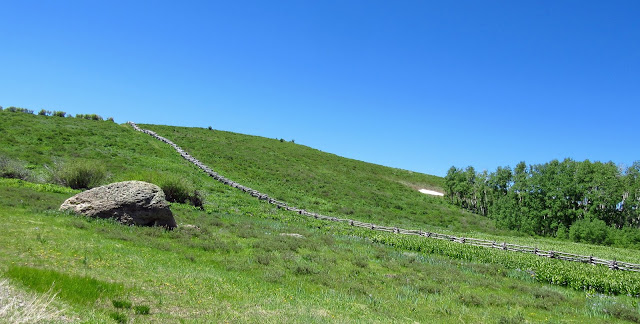 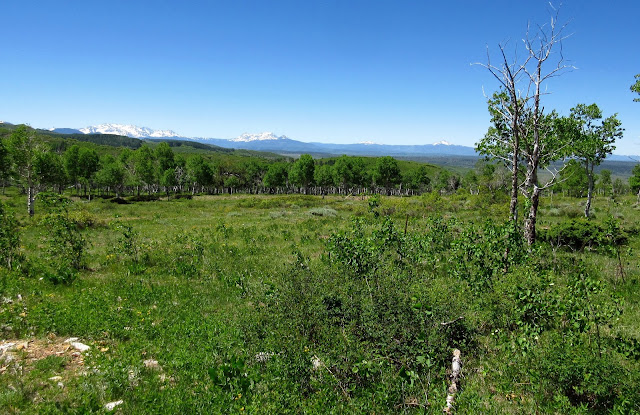 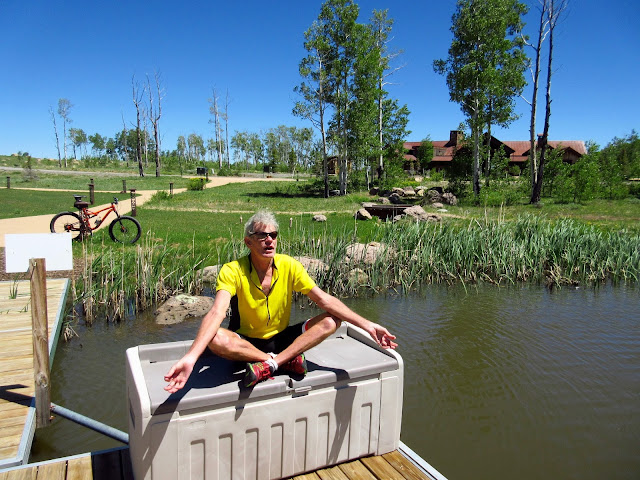 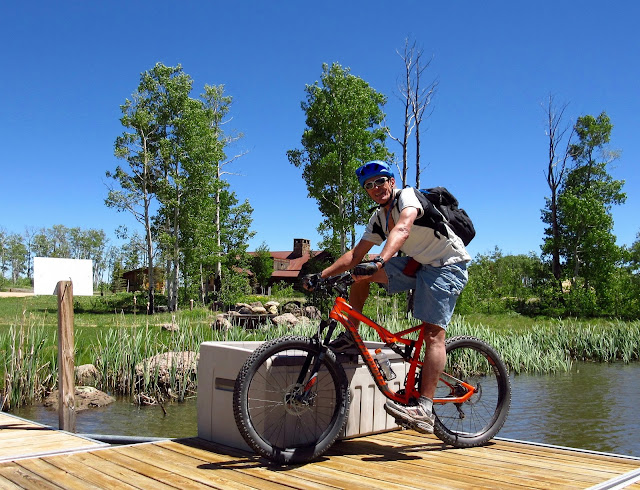 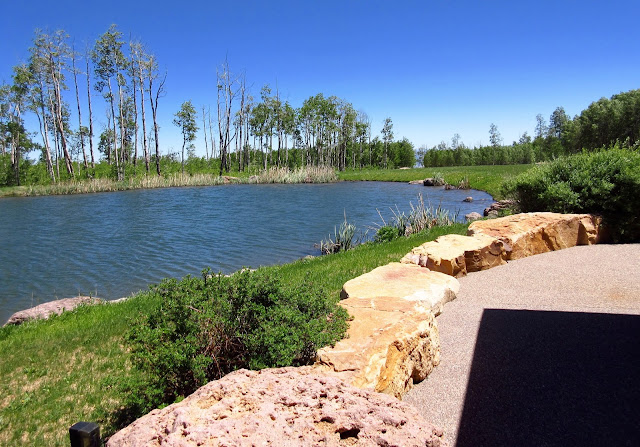 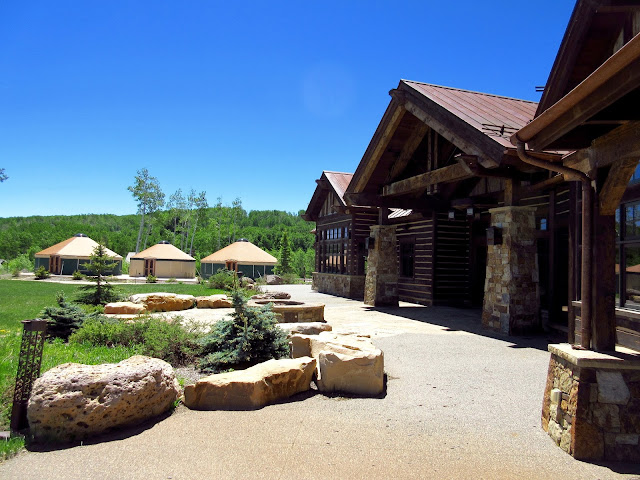 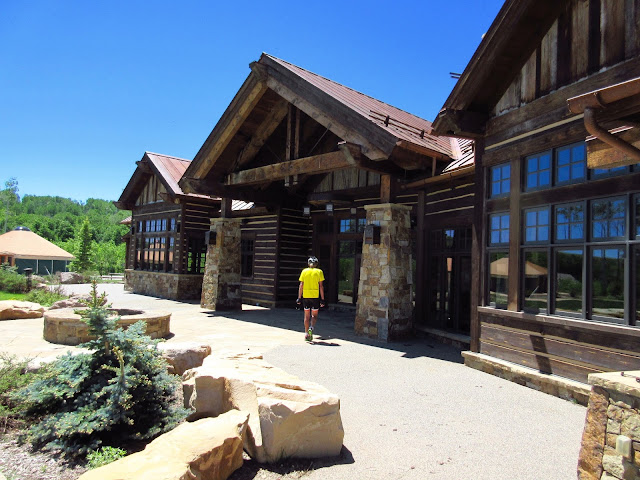 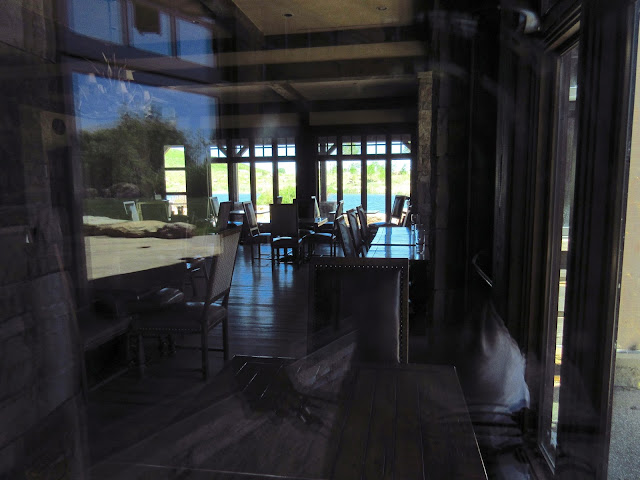 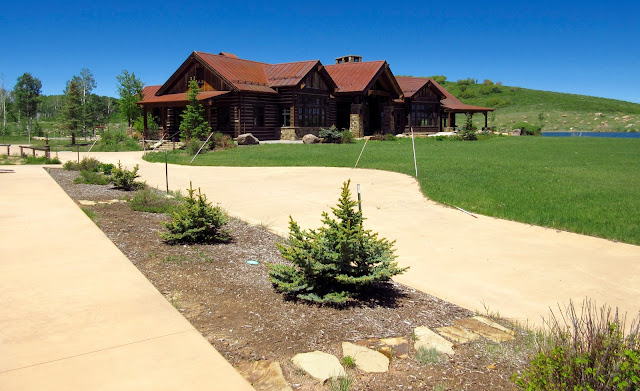 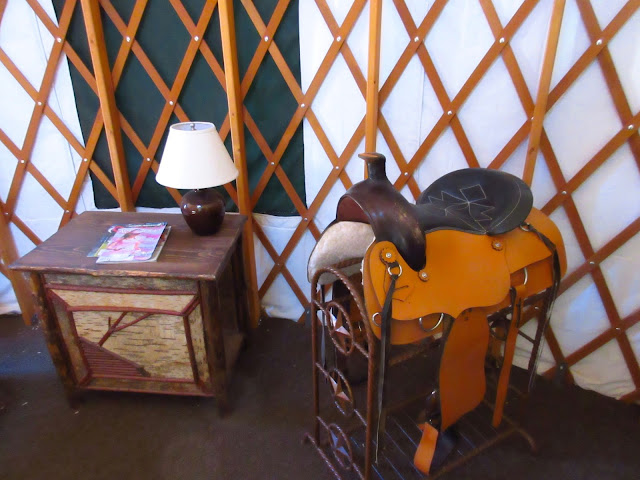 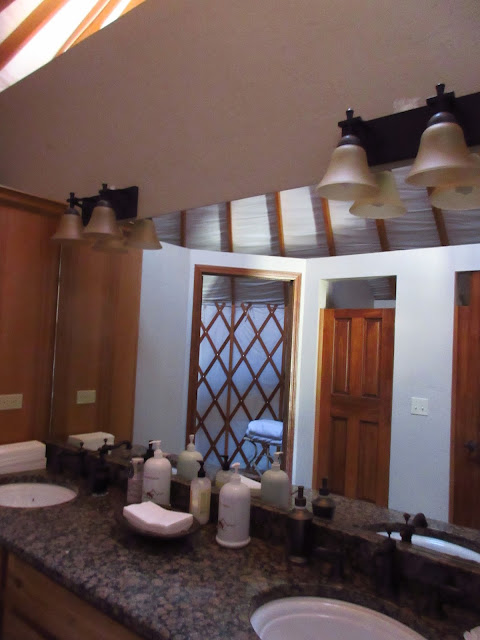 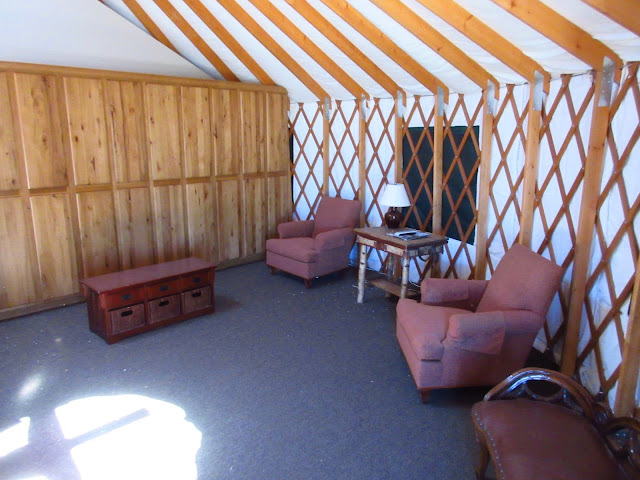 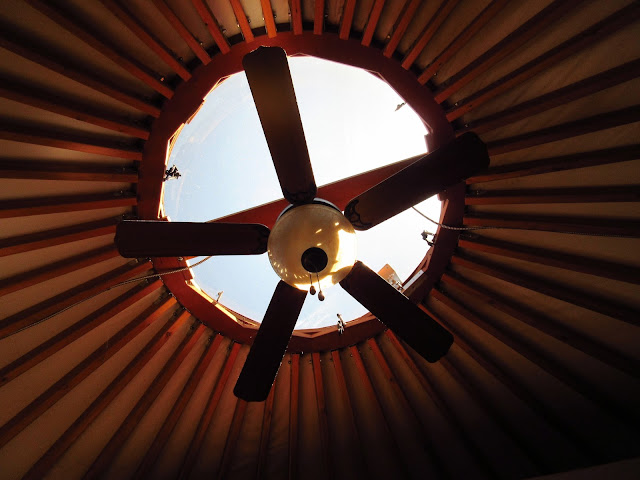 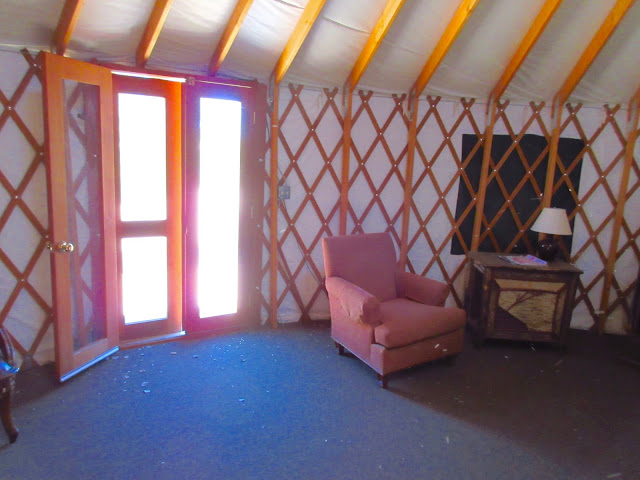 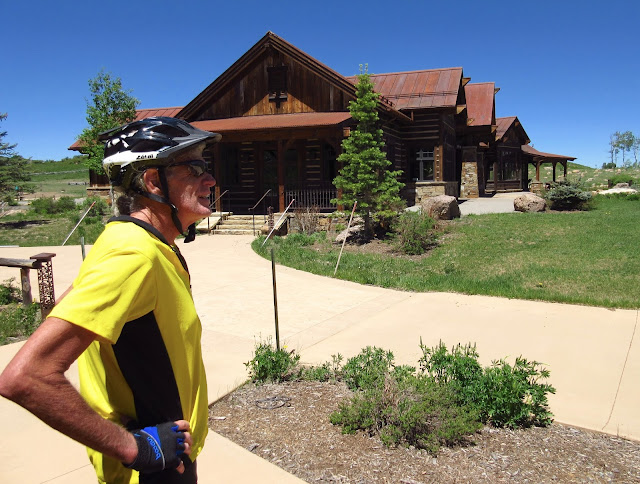 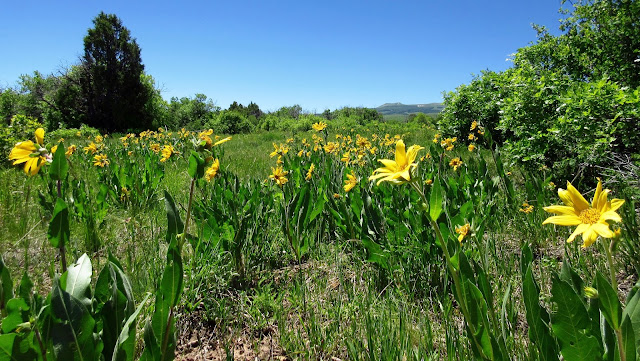