Ghost Towns In The Dragoons 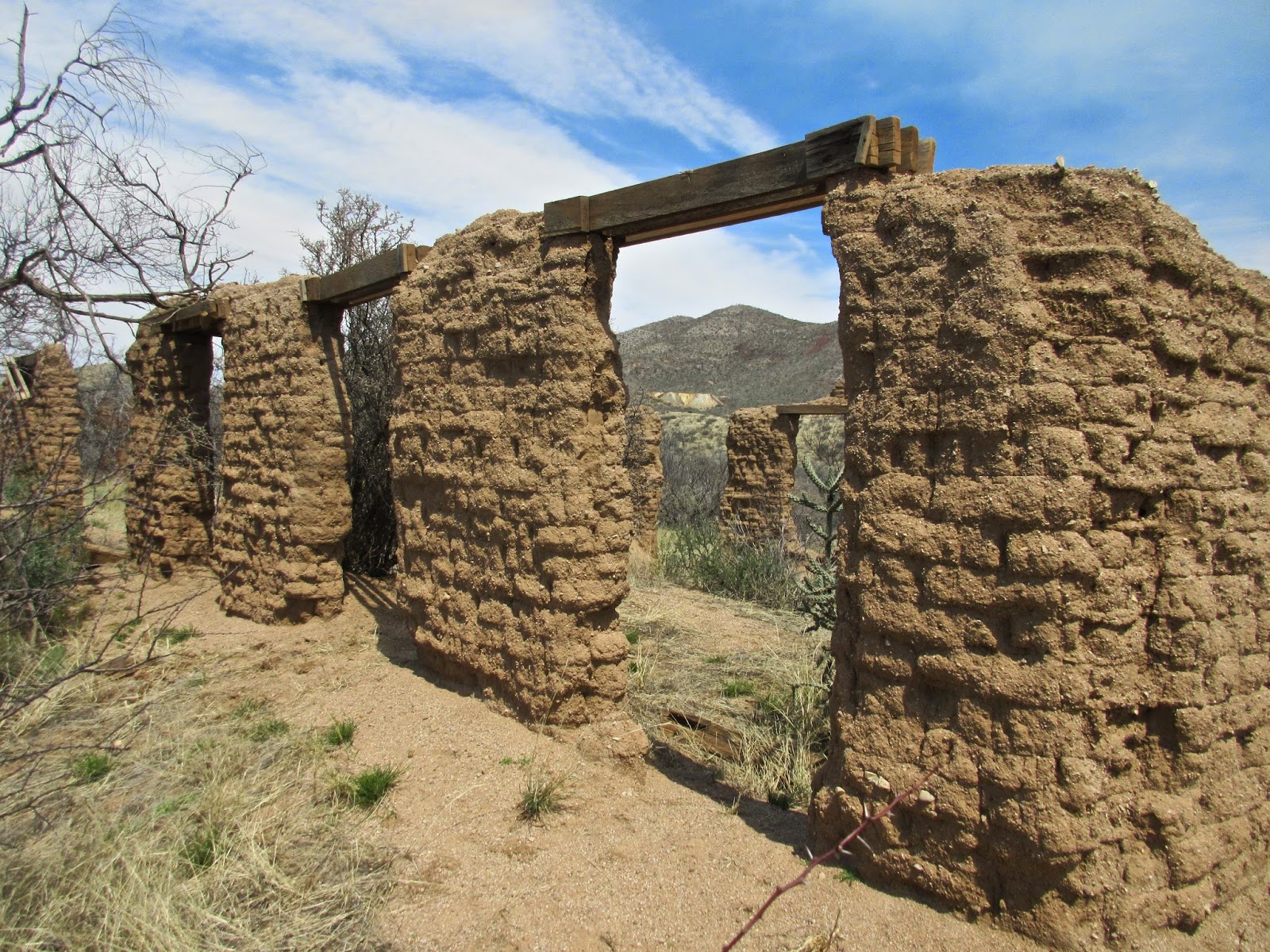 On the eve of the sacred fourteenth day, Mr Ranger Sir sayeth unto us, "Your fortnight of coolness and shade in Madera Canyon expires tomorrow. Go, and Godspeed." Egads, man. So, in the midst of a prolonged heatwave, Bobbie and I descended the Mount. Outgunned by a calendar and thermometer, I grumbled that it was time to bid Arid-zona farewell and pointed Goldie homeward… sort of.

This year we were going to explore our way home to Lovely Ouray across New Mexico's back roads instead of Utah. We don't get to New Mexico much anymore… a little bit of sage and wind and bleakness goes a long way with a camera toter. But I have always loved the funk, rust, and culture of olden settlements, each a movie set for Grapes of Wrath type noir. 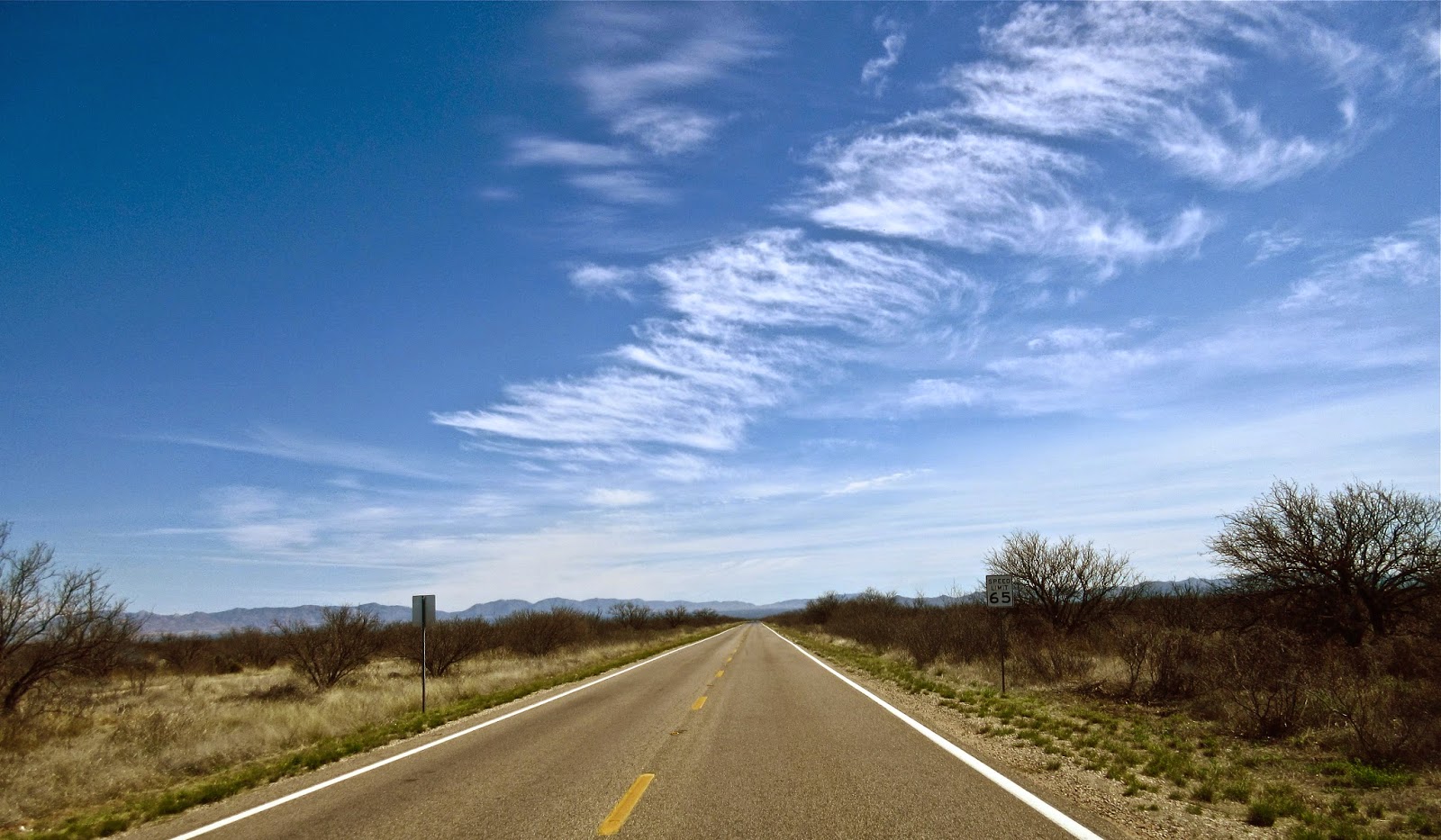 Agreed, we motored Blue Highways across Patagonian grasslands toward Tombstone in hopes of finding a town-side boondock. We wasted a good hour of our lives wandering the Disney-like Frontier Land, being solicited by gun-toting cowpokes and saloon gals—side-show barkers that for 7 bucks would bleacher seat us in front of a real shootout at the O K Corral. I mentioned in a previous post that I wasted not one photo on this amusement park. But alas, I lied. The vacantness of Tombstone seemed a worthy shot. 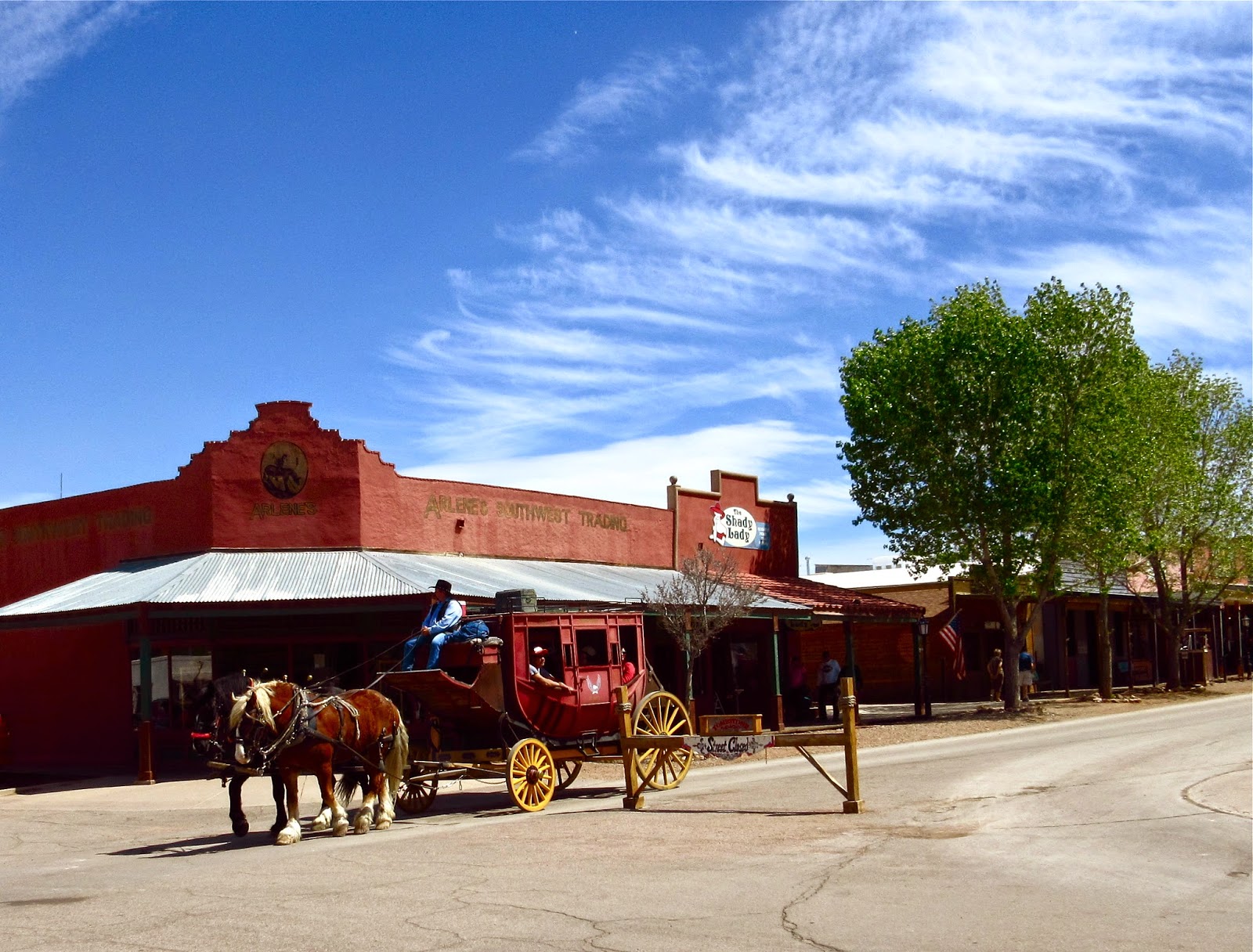 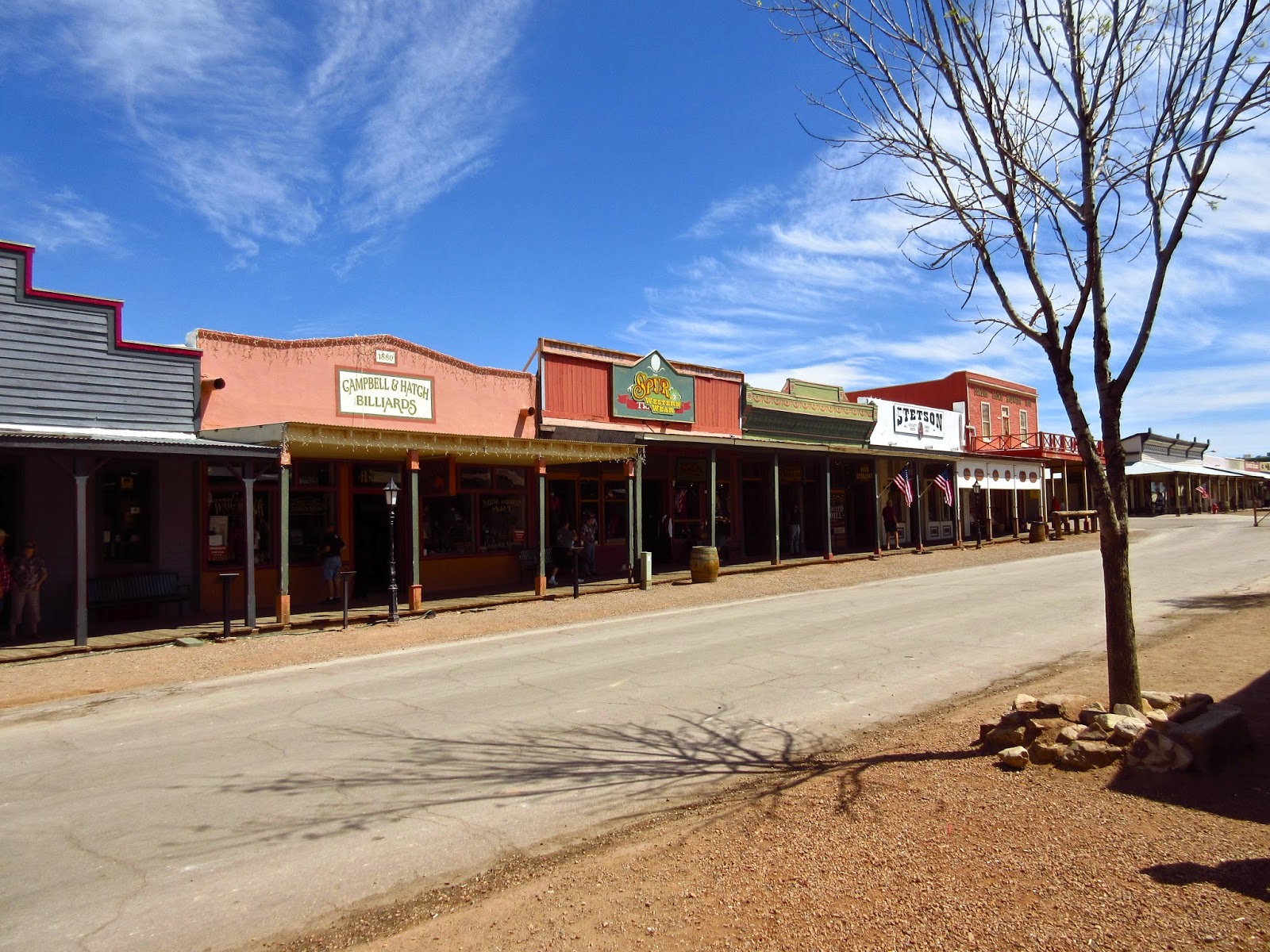 Our primary interest in Tombstone was as a base from which to explore the country and mining ghost towns in the nearby Dragoon Mountains. 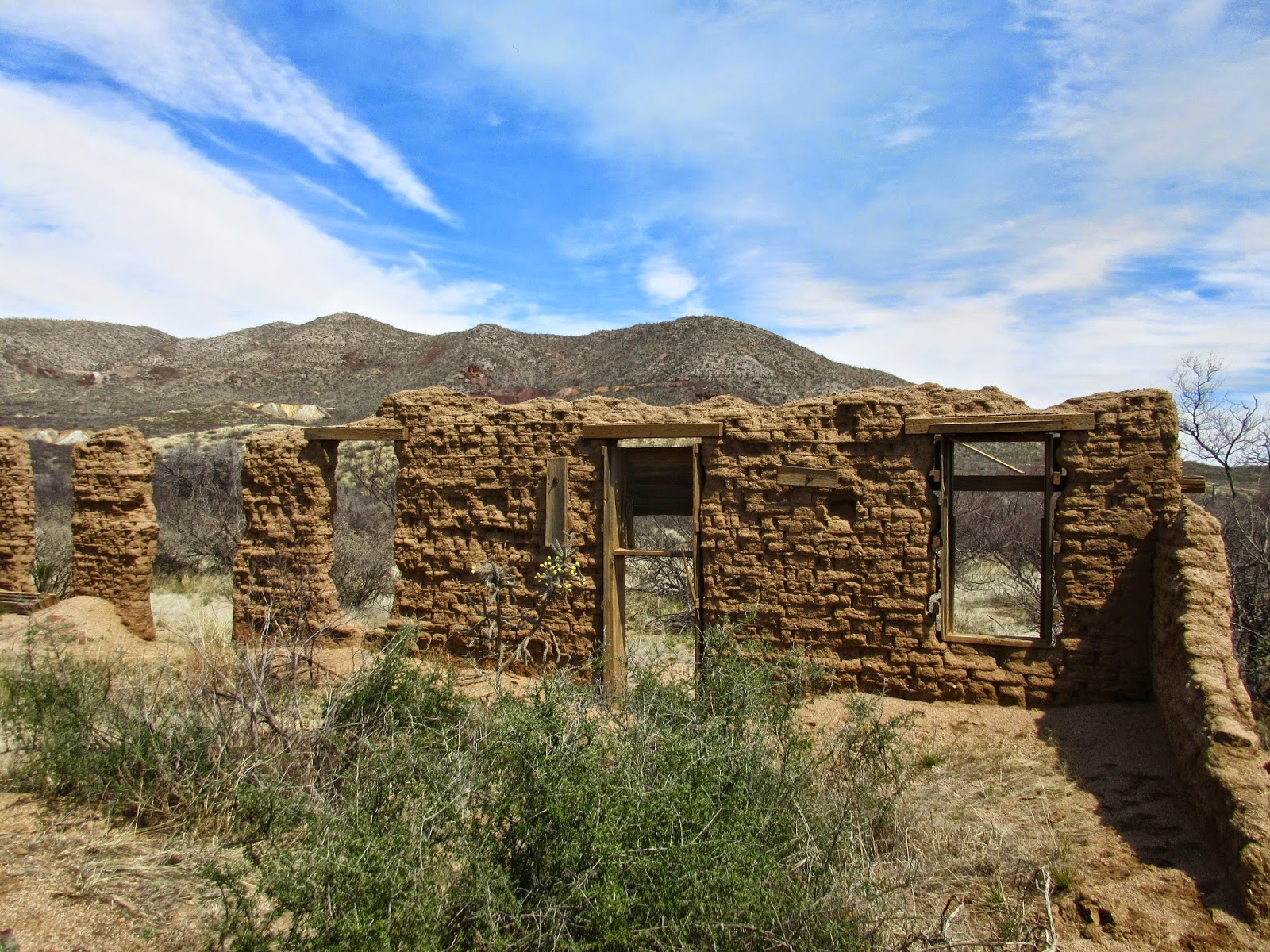 There wasn't much left standing in Gleeson, a roofless adobe building that used to be the hospital, a restored jail house (with admission fee), a saloon, and a foundation where the schoolhouse once stood. An old sign read, "Welcome to Gleeson— Population 2500, 1000, 500, 250, 100." I couldn't see evidence that a hundred people still remained… maybe if you count the cows. 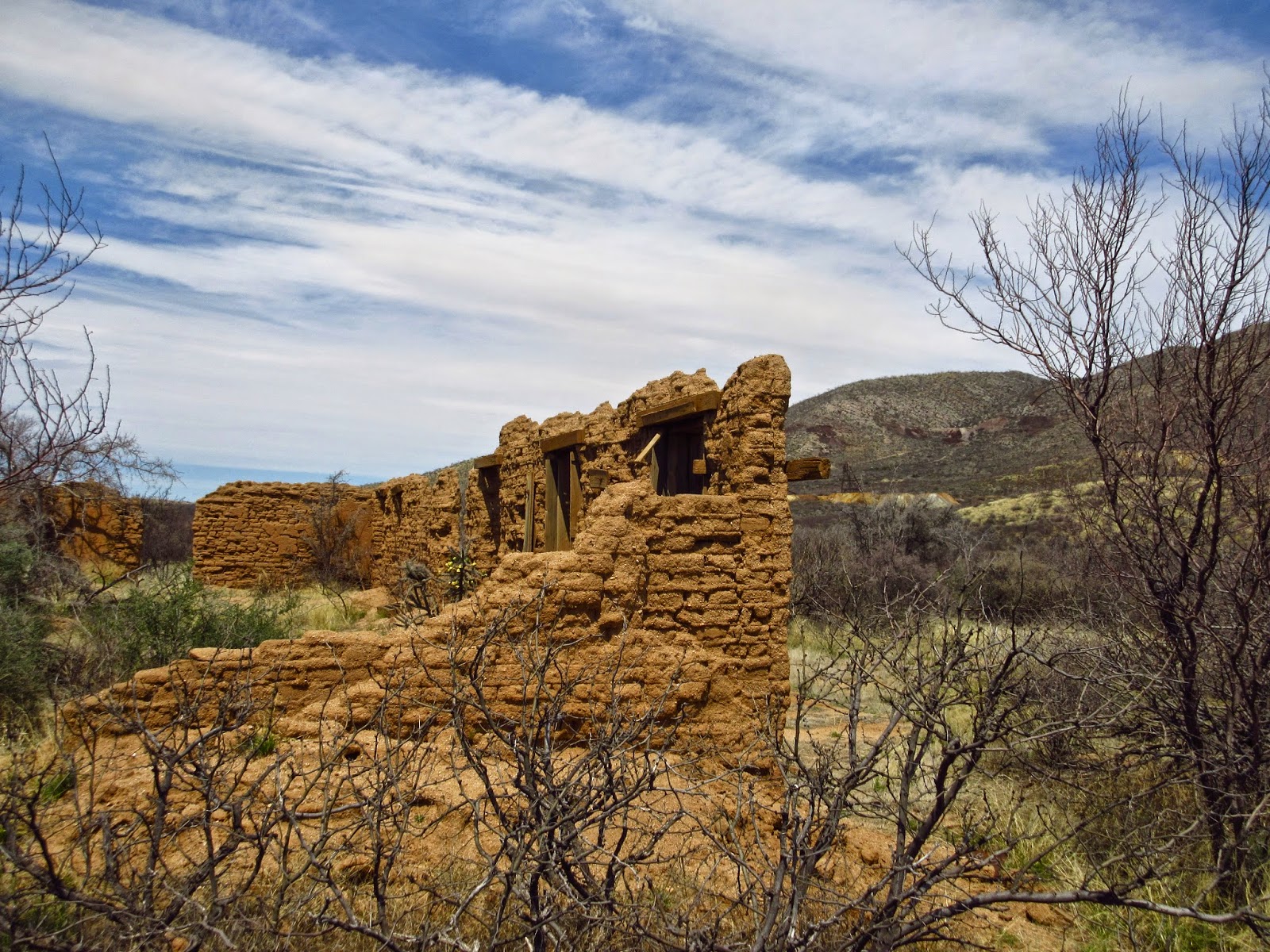 Gleeson boomed as a mining community when lead, copper, silver and gold was discovered in the area, but a "suspicious" fire burned down 28 buildings in 1912.

Next, nearby Courtland… another mining boomtown that busted in only 12 short years. "With a population of 2,000, the town had telephones and many businesses, including two stage stations, ice cream parlor, automobile dealership, motion picture theater, restaurants, grocery and general merchandise stores, pool halls, hotels, a barber shop, a bank, meat market, land brokers.  Besides the motion picture theatre you could always find a baseball game or a horse race going on." 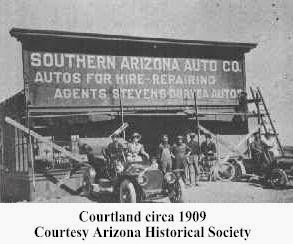 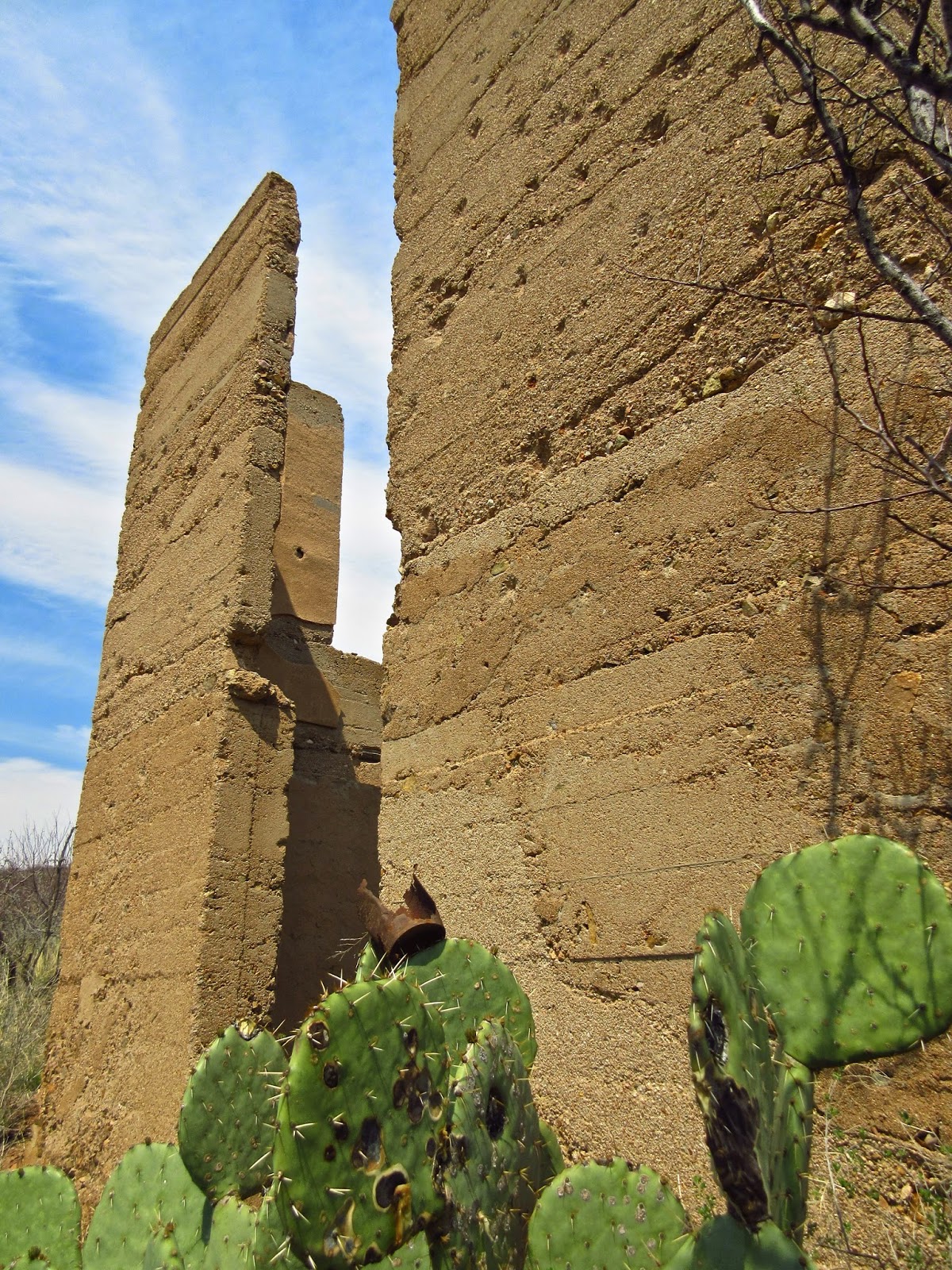 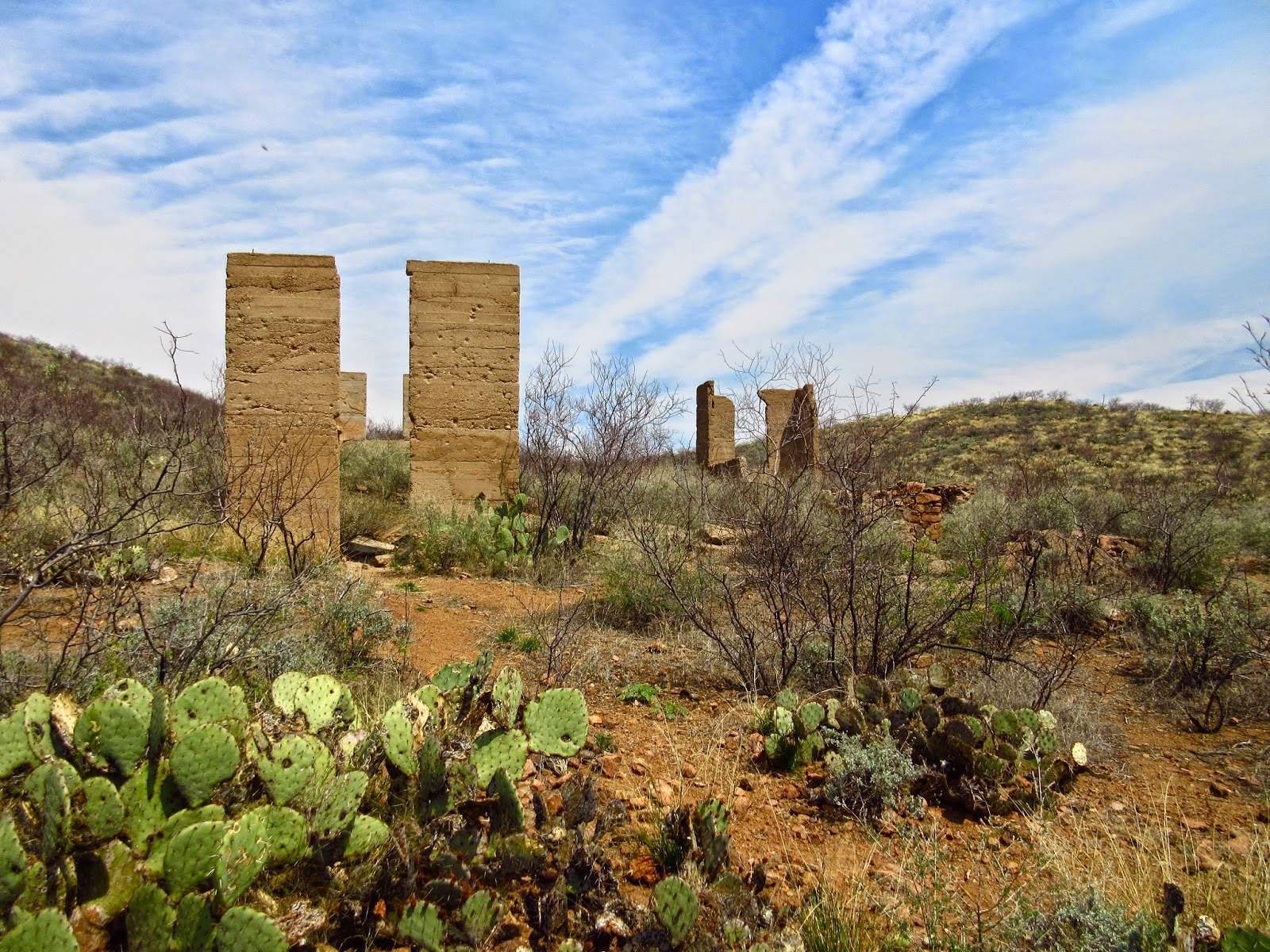 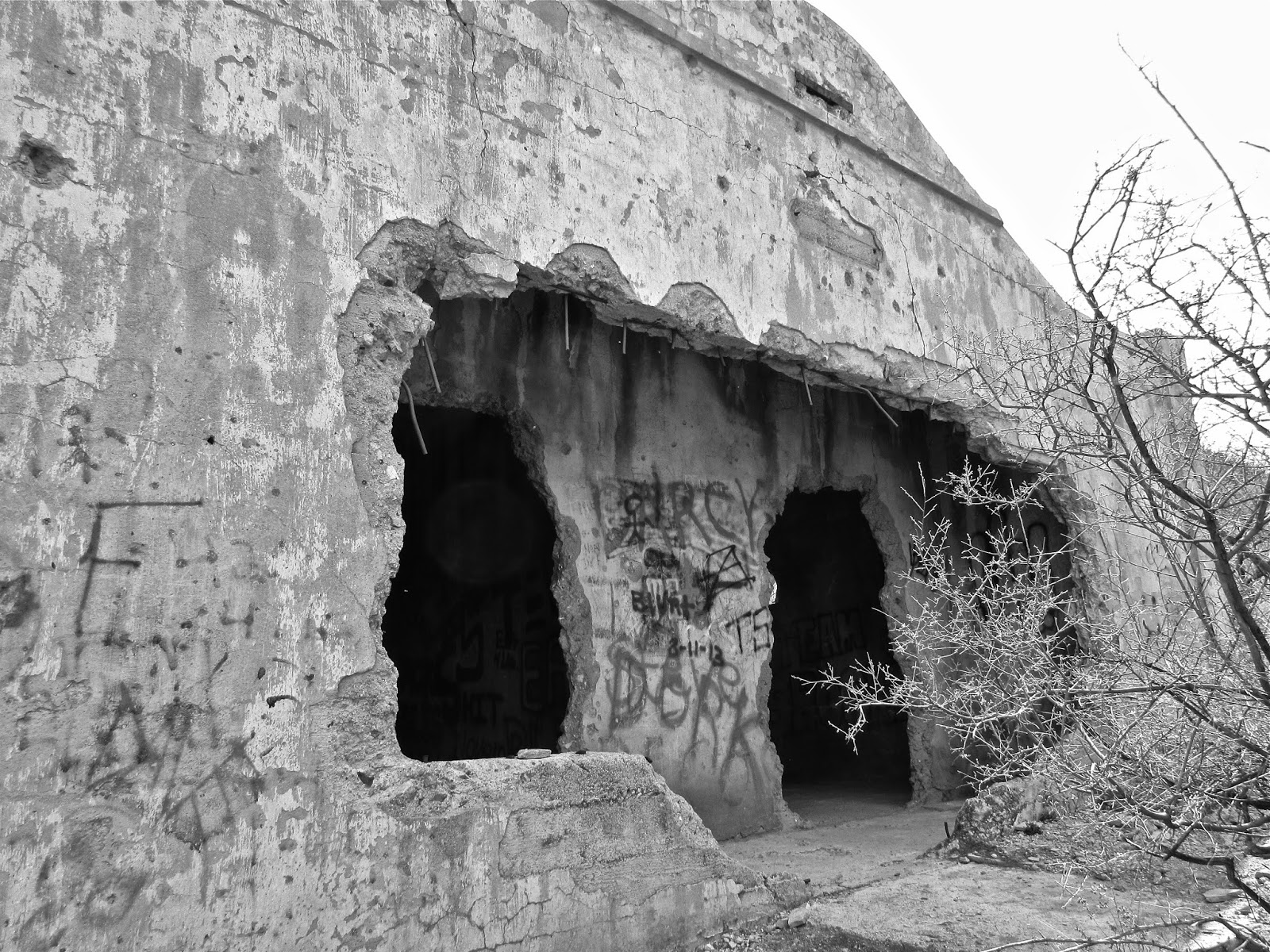 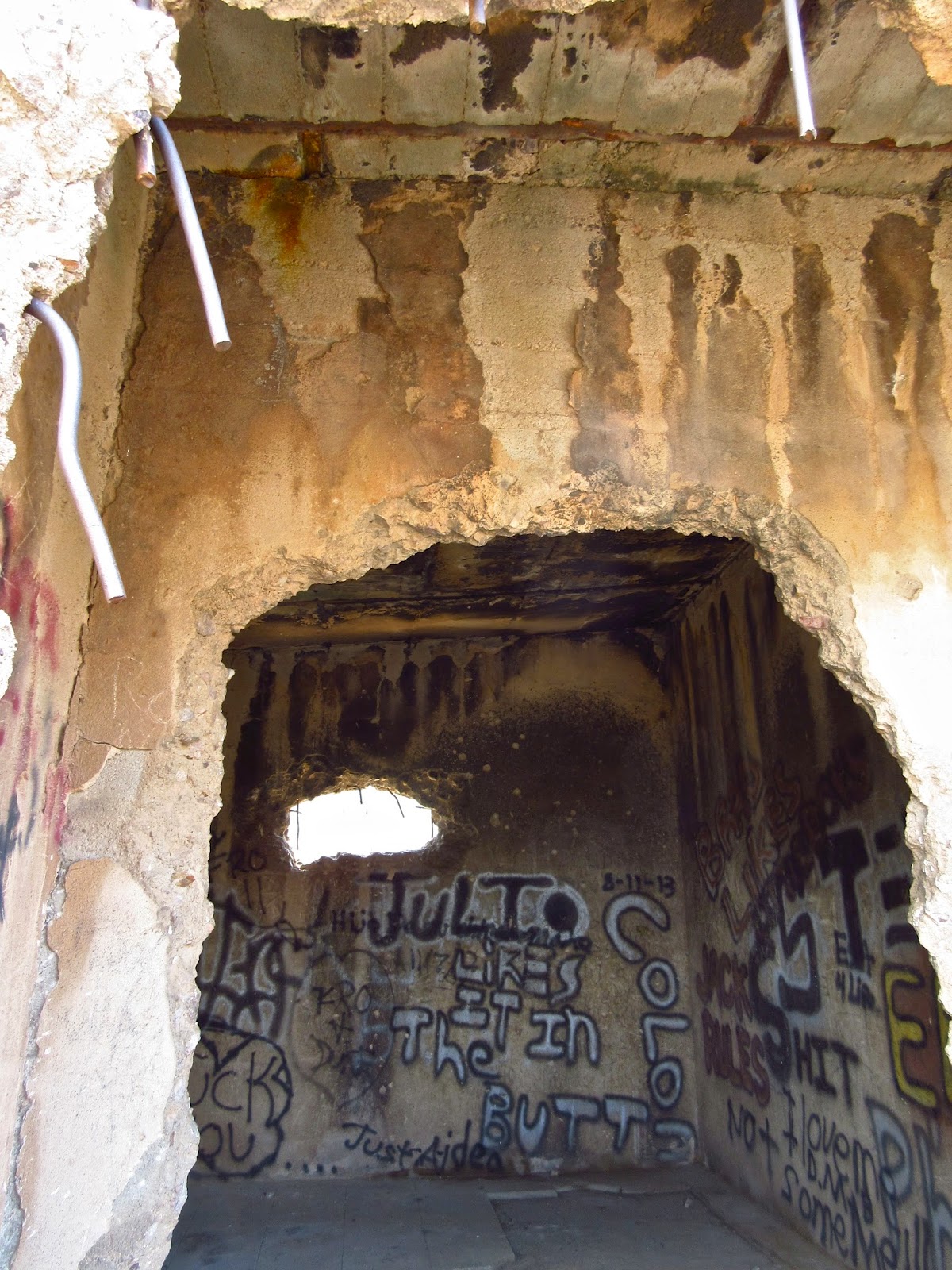 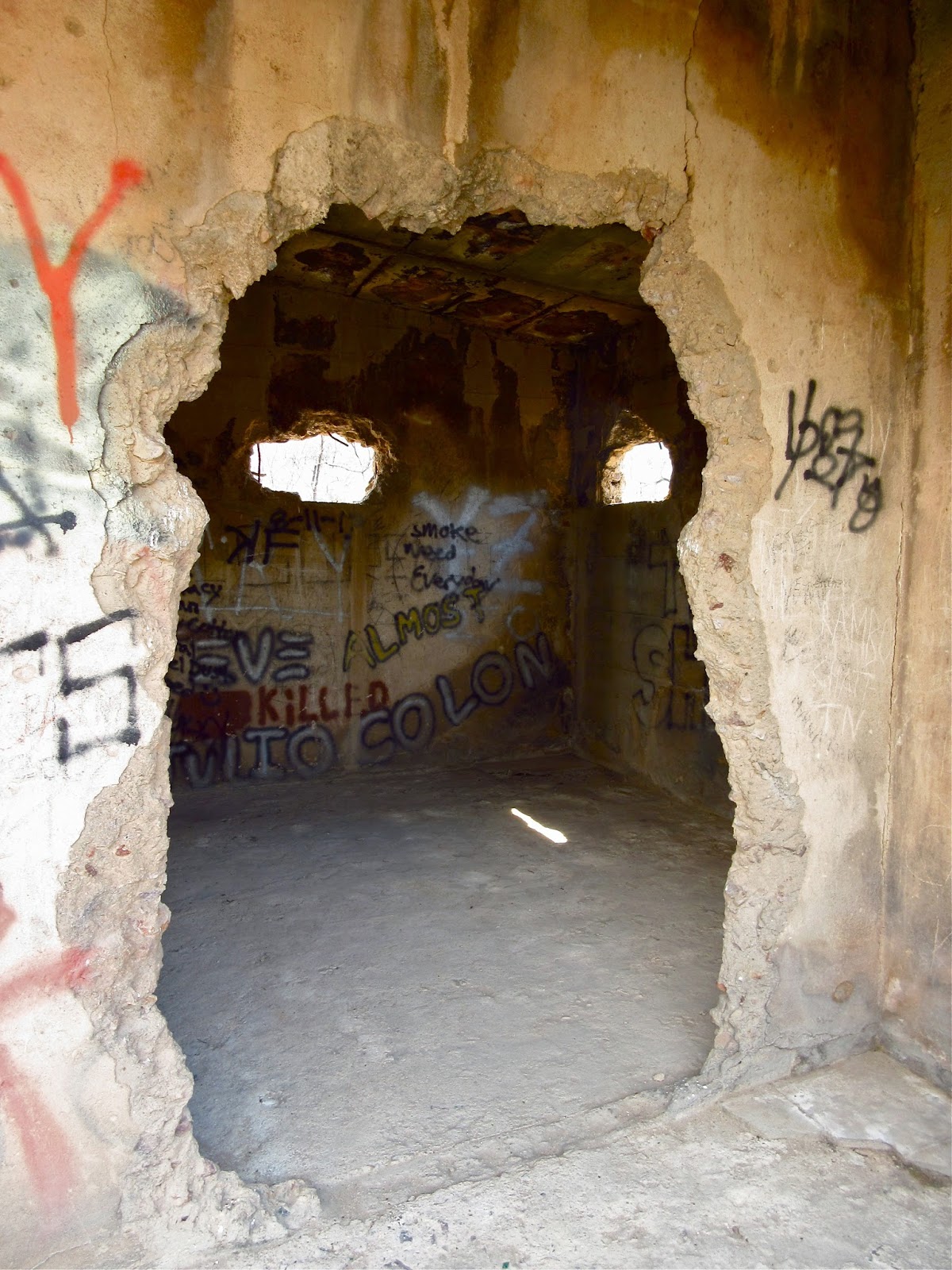 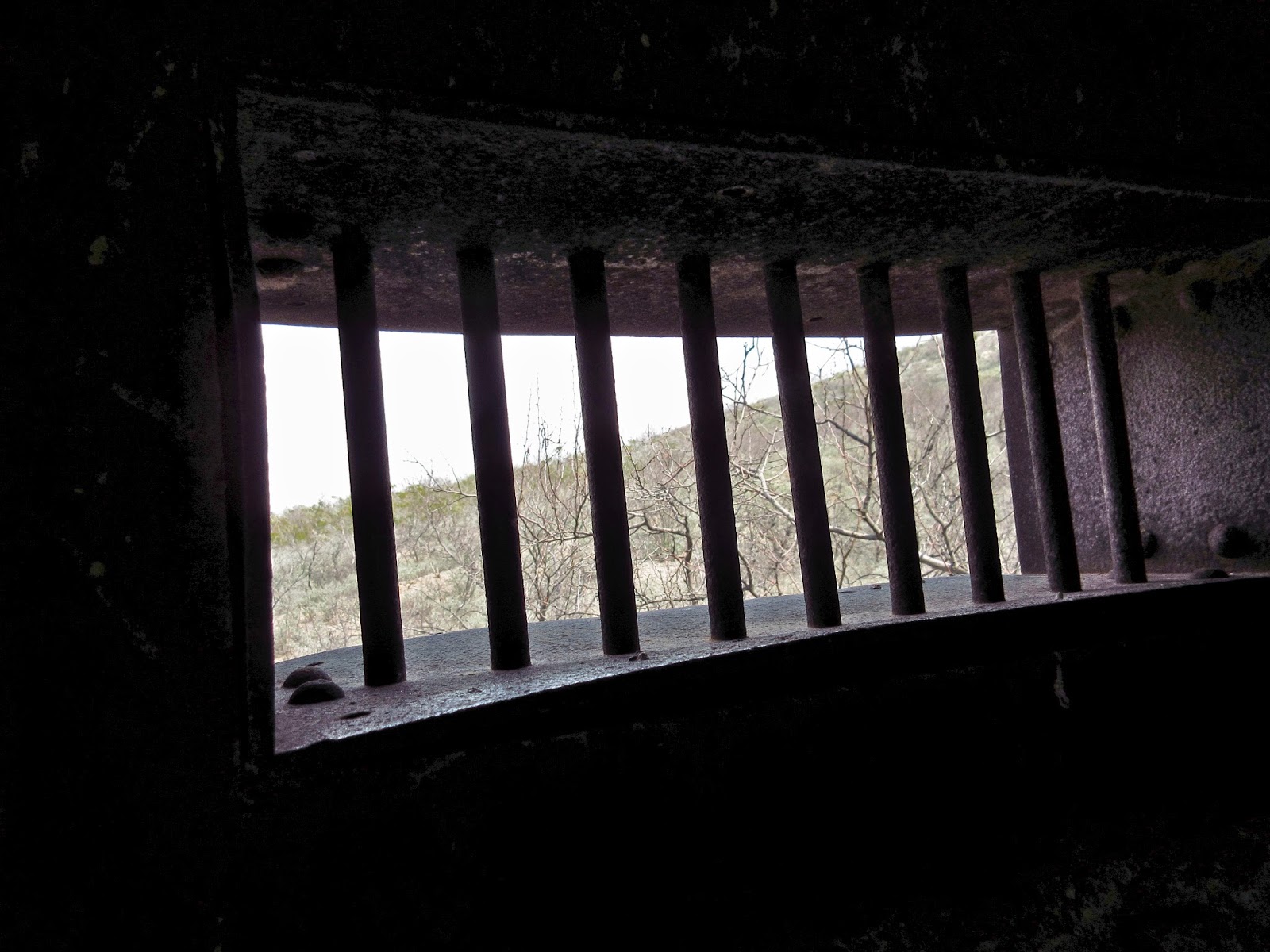 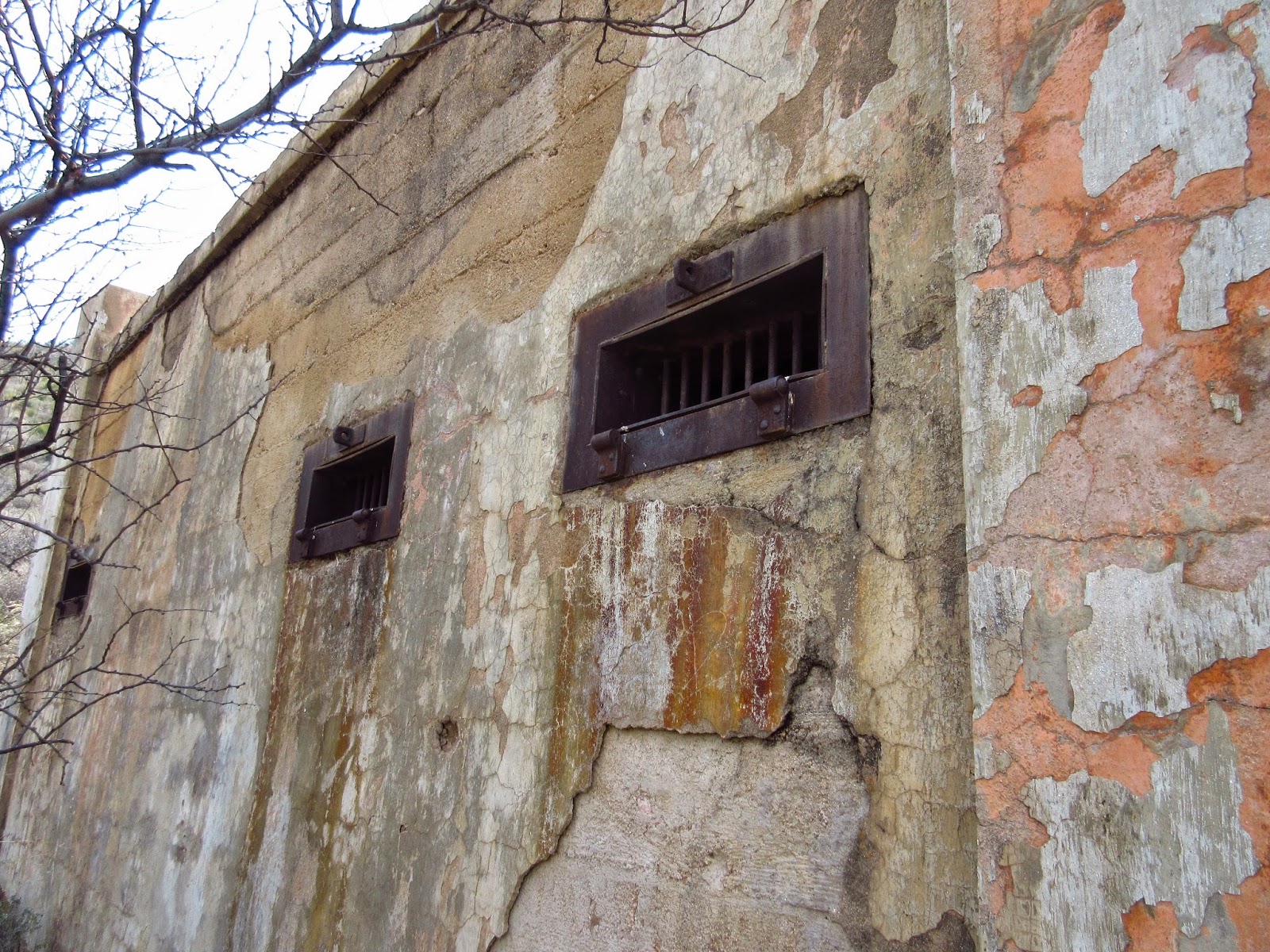 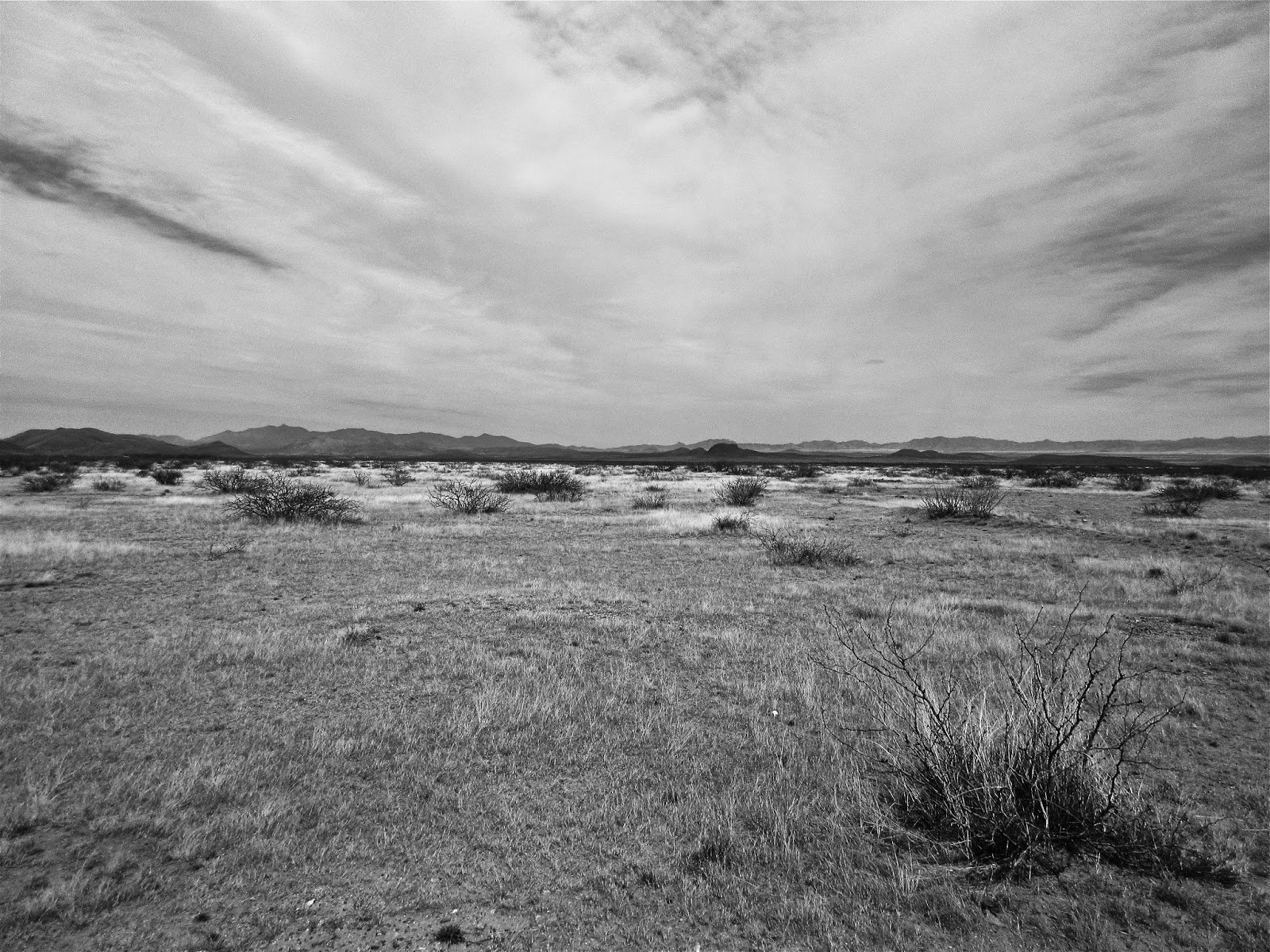 On to Pearce, named after founder, James Pearce. James was getting into the cattle ranch business to feed everybody who was getting into mining. One day ole James was riding herd in the desert and stopped to take a break in the shade. Piddling around, he shattered one rock against another. Low and behold, GOLD.

Thus was the humble beginnings of Pearce, today little more than a crossroads town that hasn't completely given up the "ghost." All said and done over 15 million dollars worth of gold came out of Pearce's mine, making it one of Arizona's richest mines. 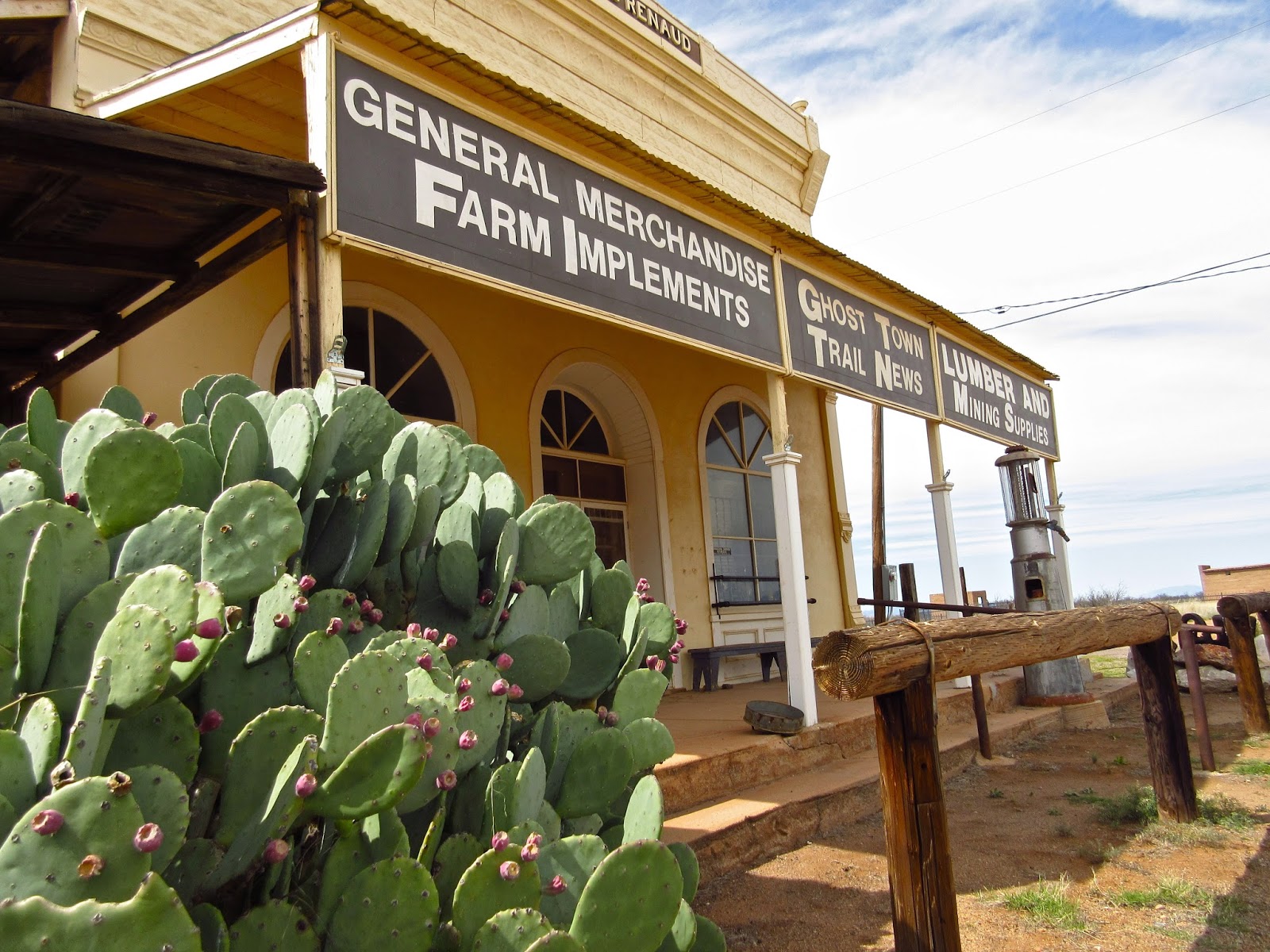 "The General Store pictured above was built in 1896 and the Post office was established on March 6, 1896.  The Railroad Station opened in 1903.  The community that grew up around the mine rapidly became a fair-sized city, with some of the families and businesses moving their homes and businesses, (literally) from Tombstone to the "new" boom town.  Peak production at the Commonwealth Mine was reached in 1896 and a 200-stamp mill was built and operated it for four years, until 1900 when it burned to the ground.  Another was built, and mining activity continued.  Two years later the mine was sold.  The mine remained operational until 1904 when a cave-in caused it to shut down.  In the late 1890's, besides its mining activities, Pearce became a rip-roaring cowboy town, and was headquarters of the Alvord-Stiles gang.  To frustrate outlaws, gold bouillon in the form of bars too heavy to be carried out on horseback were transported to the Cochise station in ordinary farm wagons.

By 1919, Pearce had a population of 1,500, a school, restaurants, boarding houses, saloons, hotels, a motion picture theater and other businesses.  People began drifting away in the 1930's as the Great Depression took its toll and the railroad pulled up its tracks. Today only a store or two remain however, there is a "revival" of sorts going on in Pearce.   The old store is being re-furbished and will be opening again this fall.   Several other old houses have also been restored and have various businesses in them such as Old Pearce Pottery." 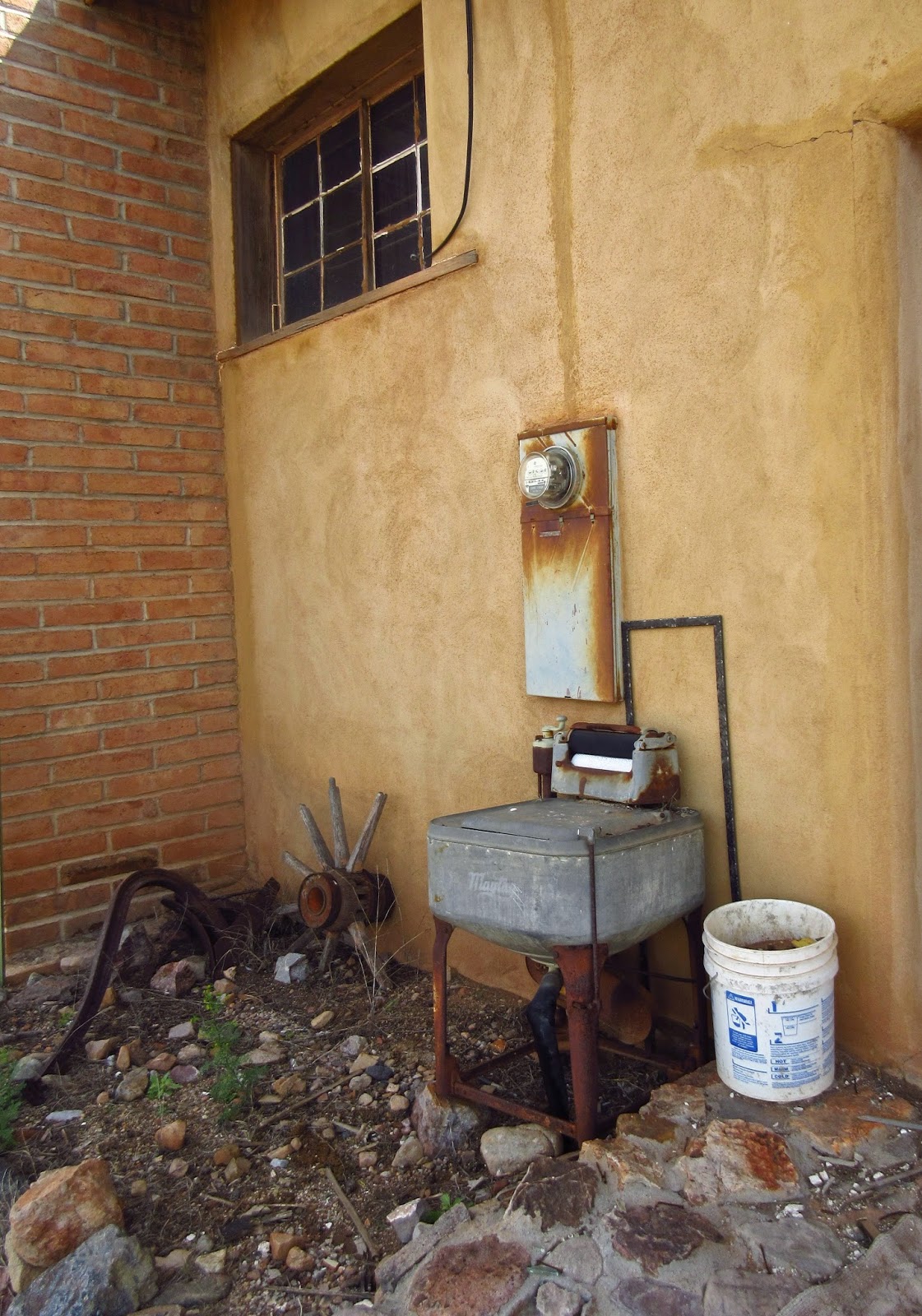 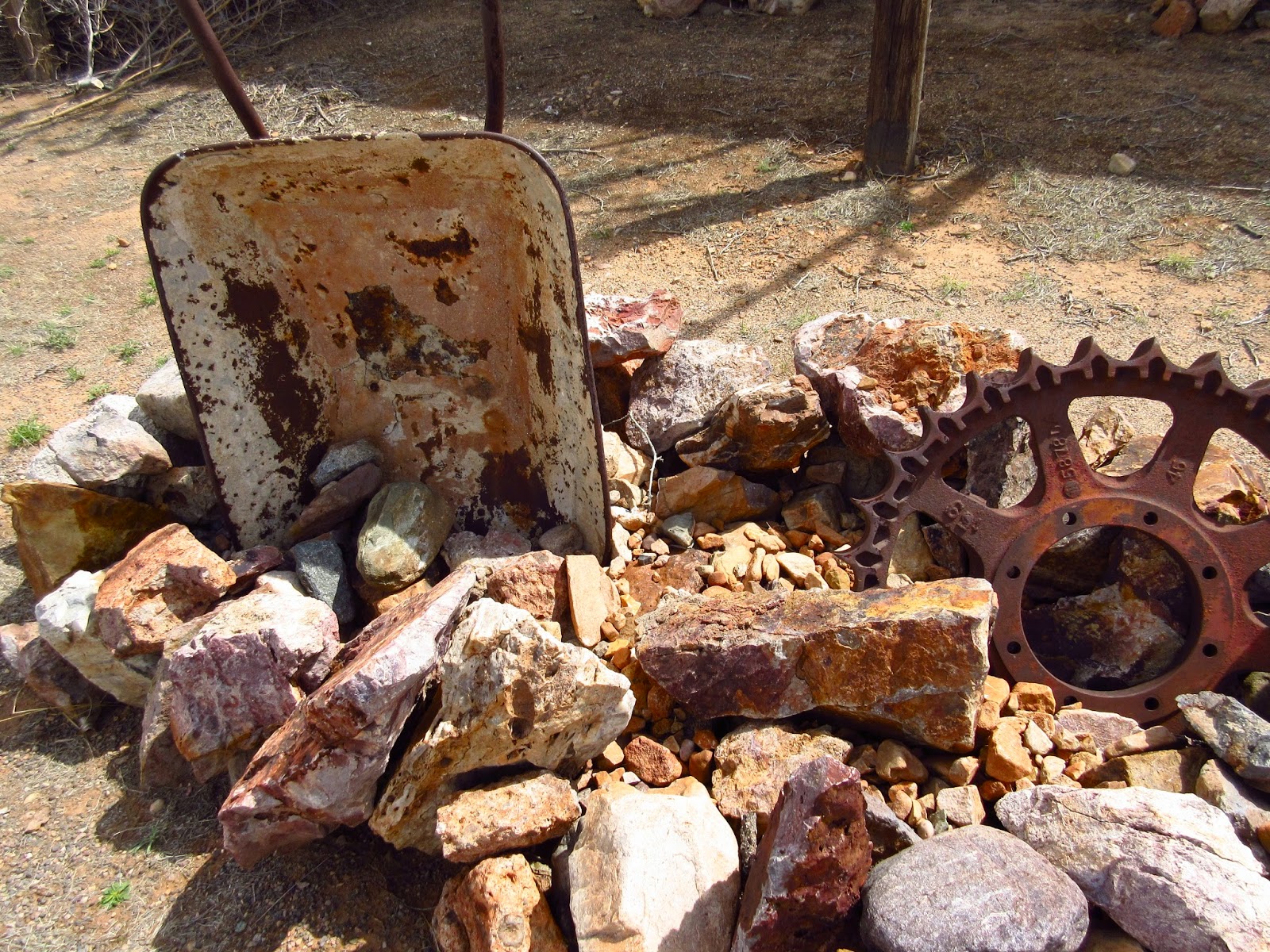 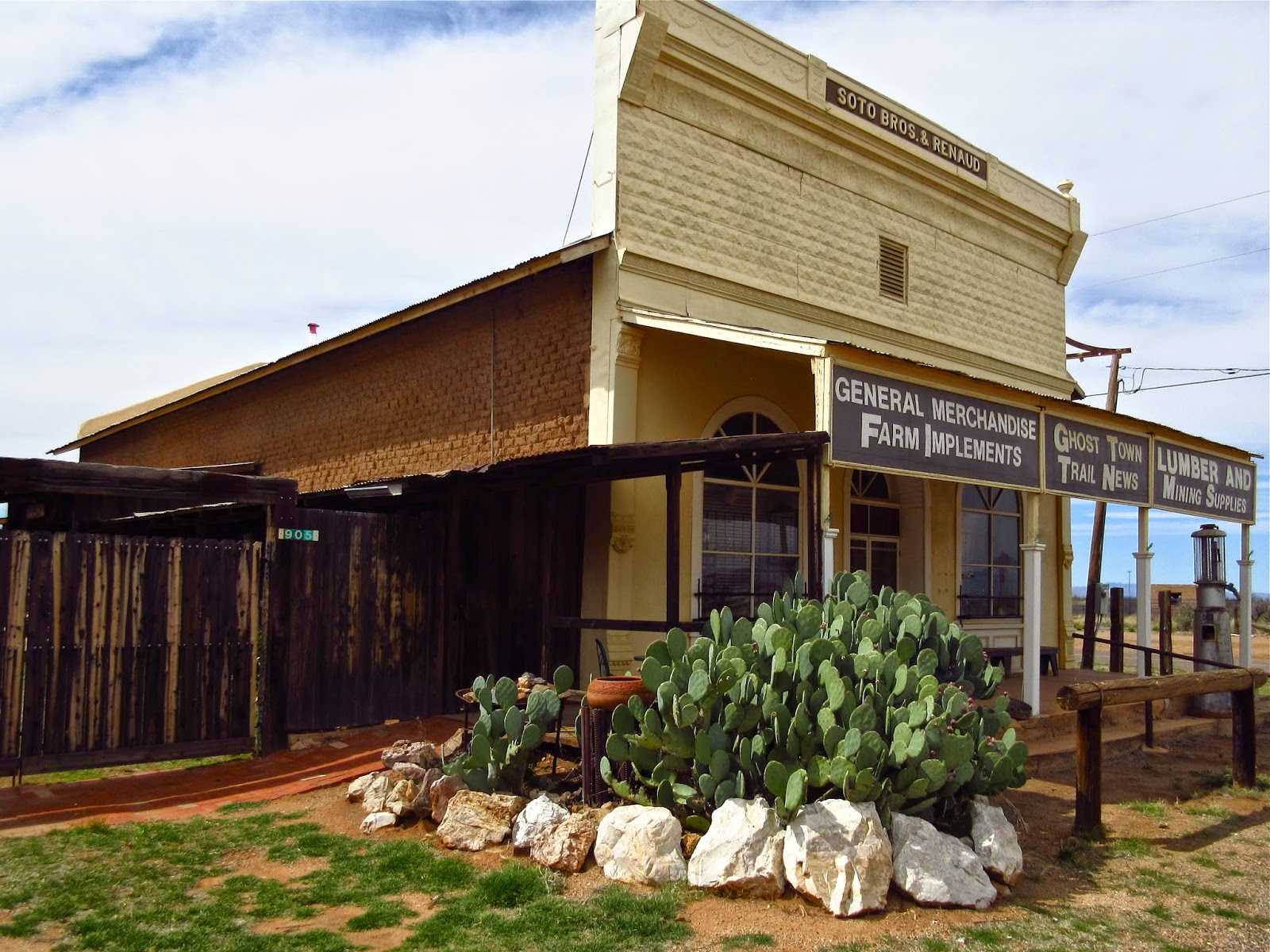 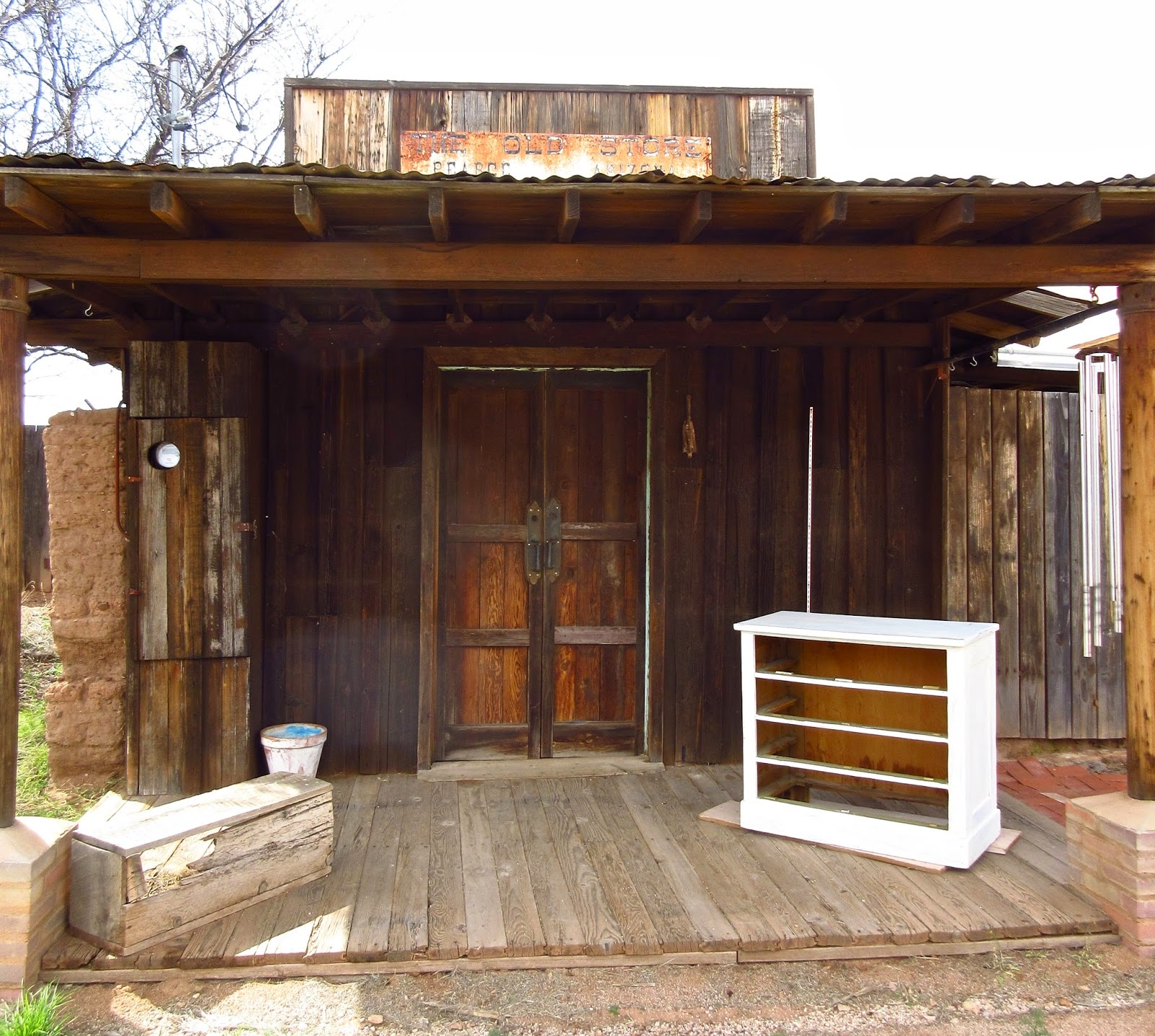 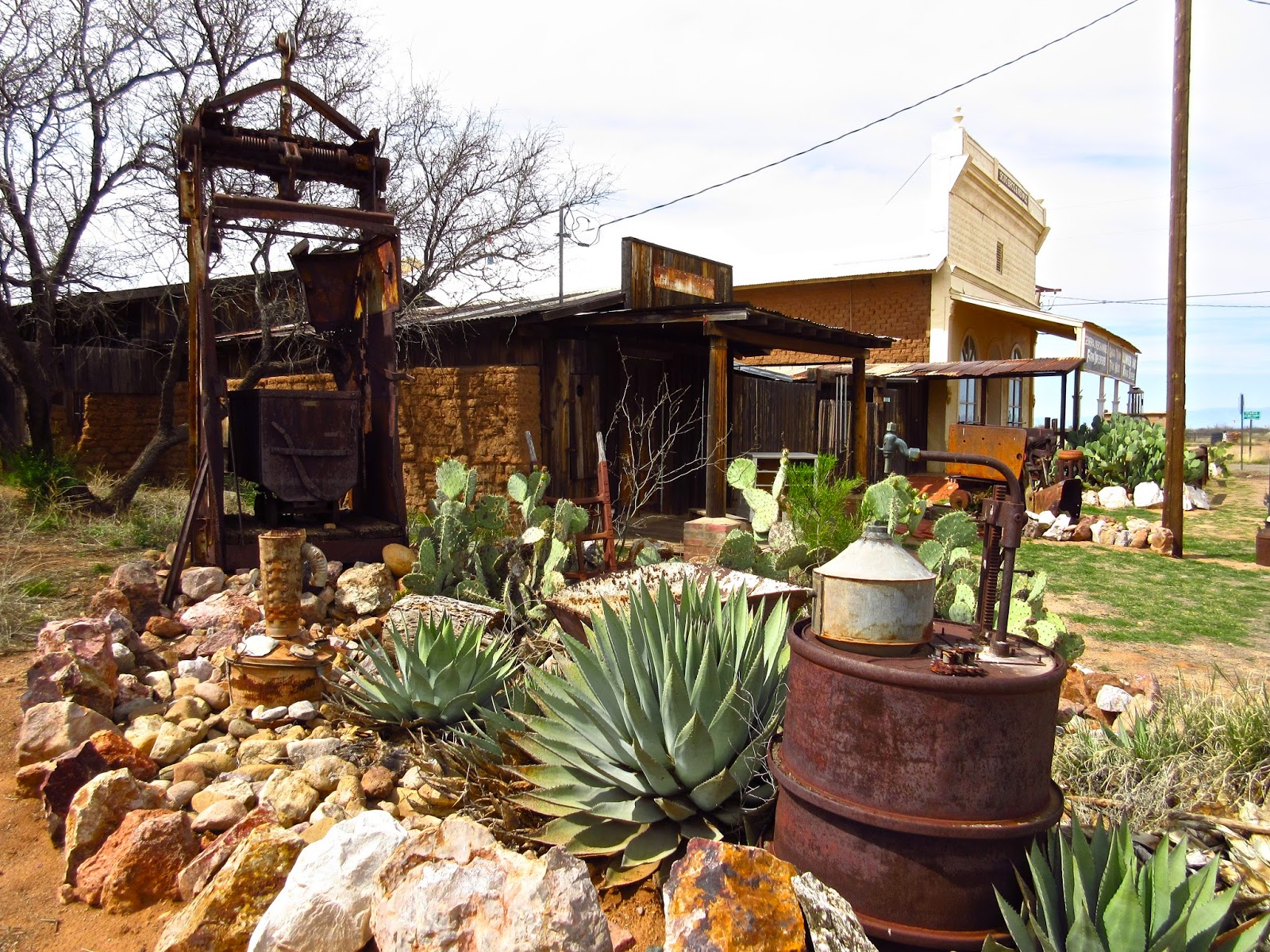 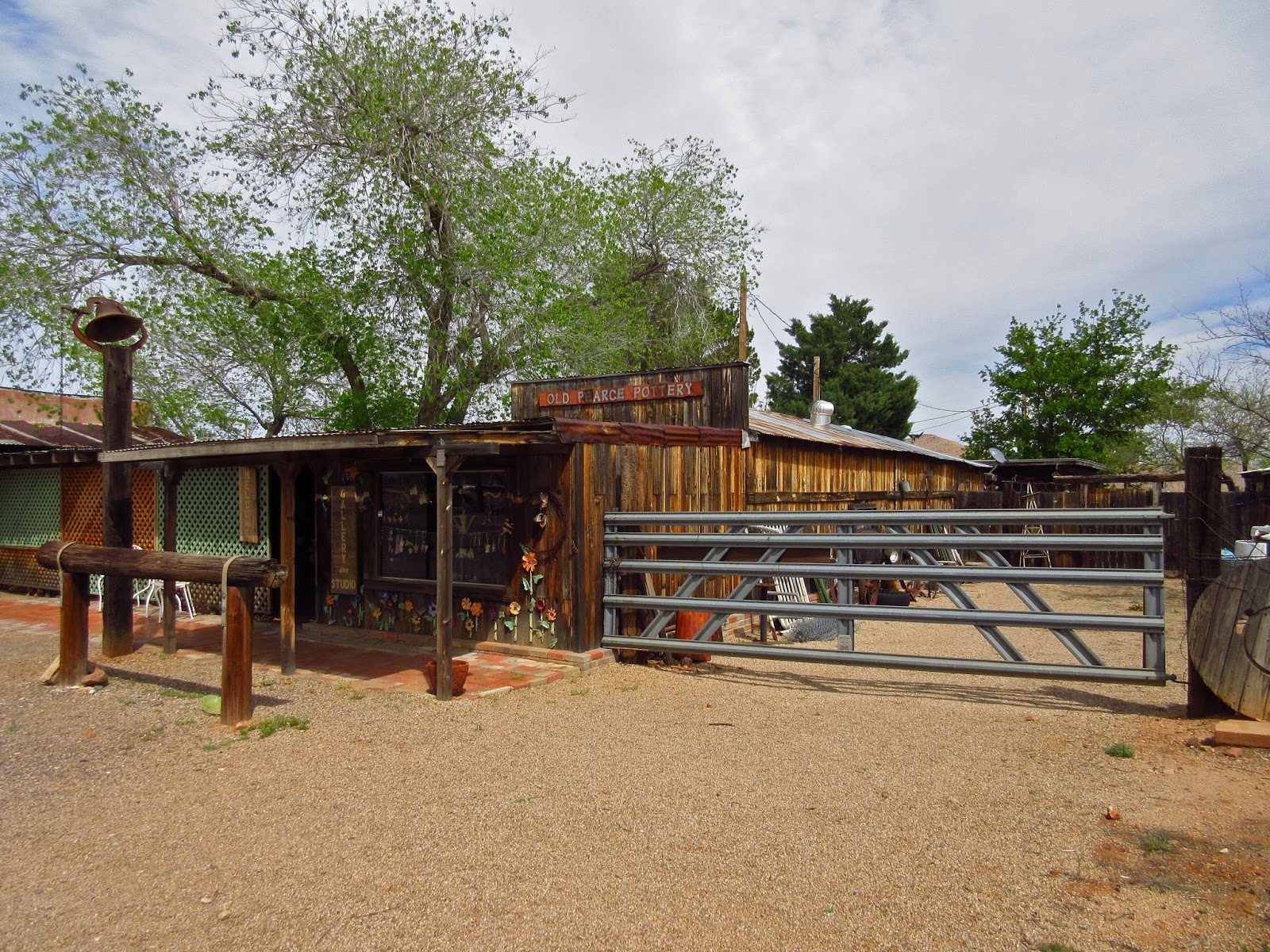 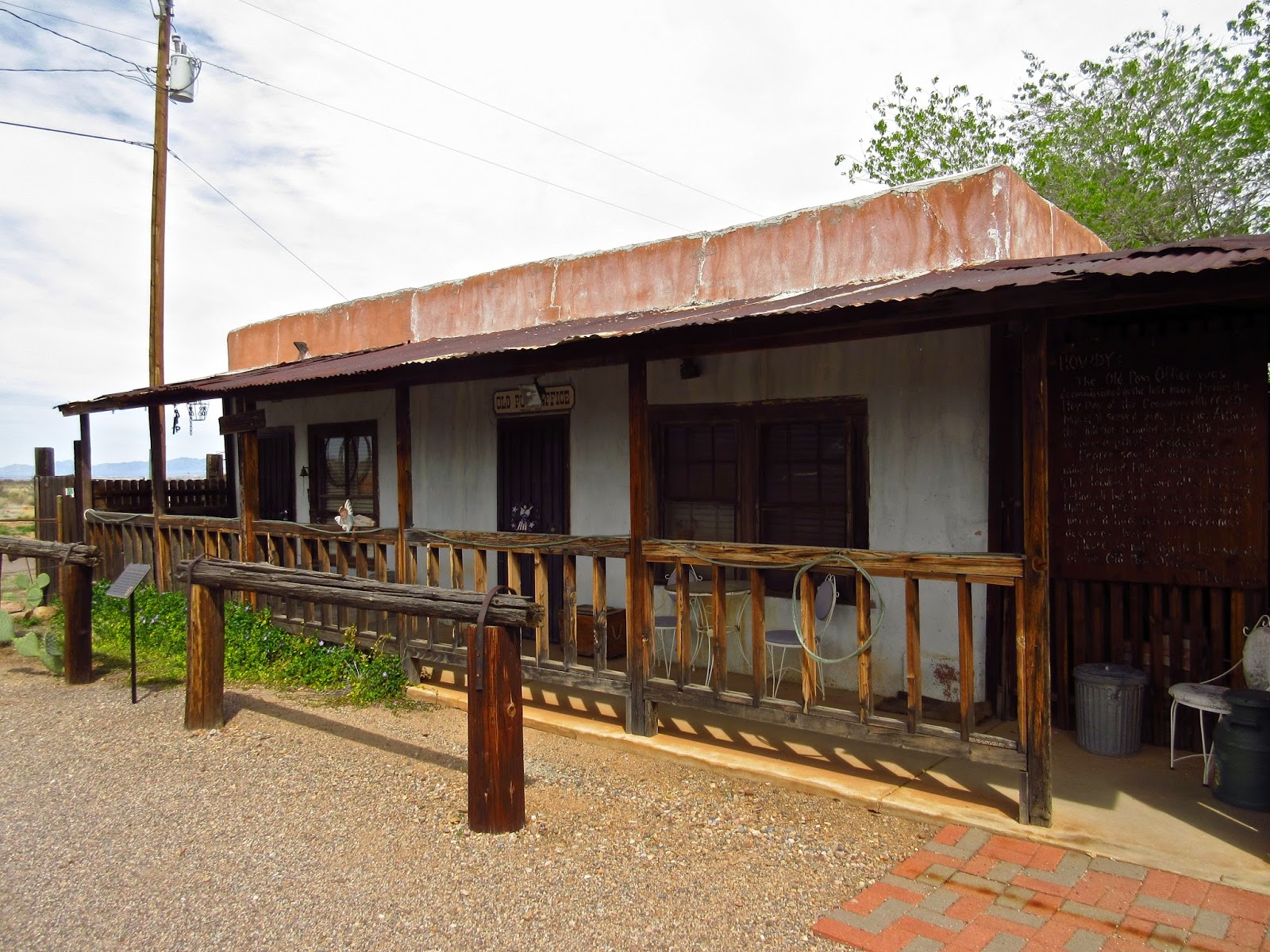 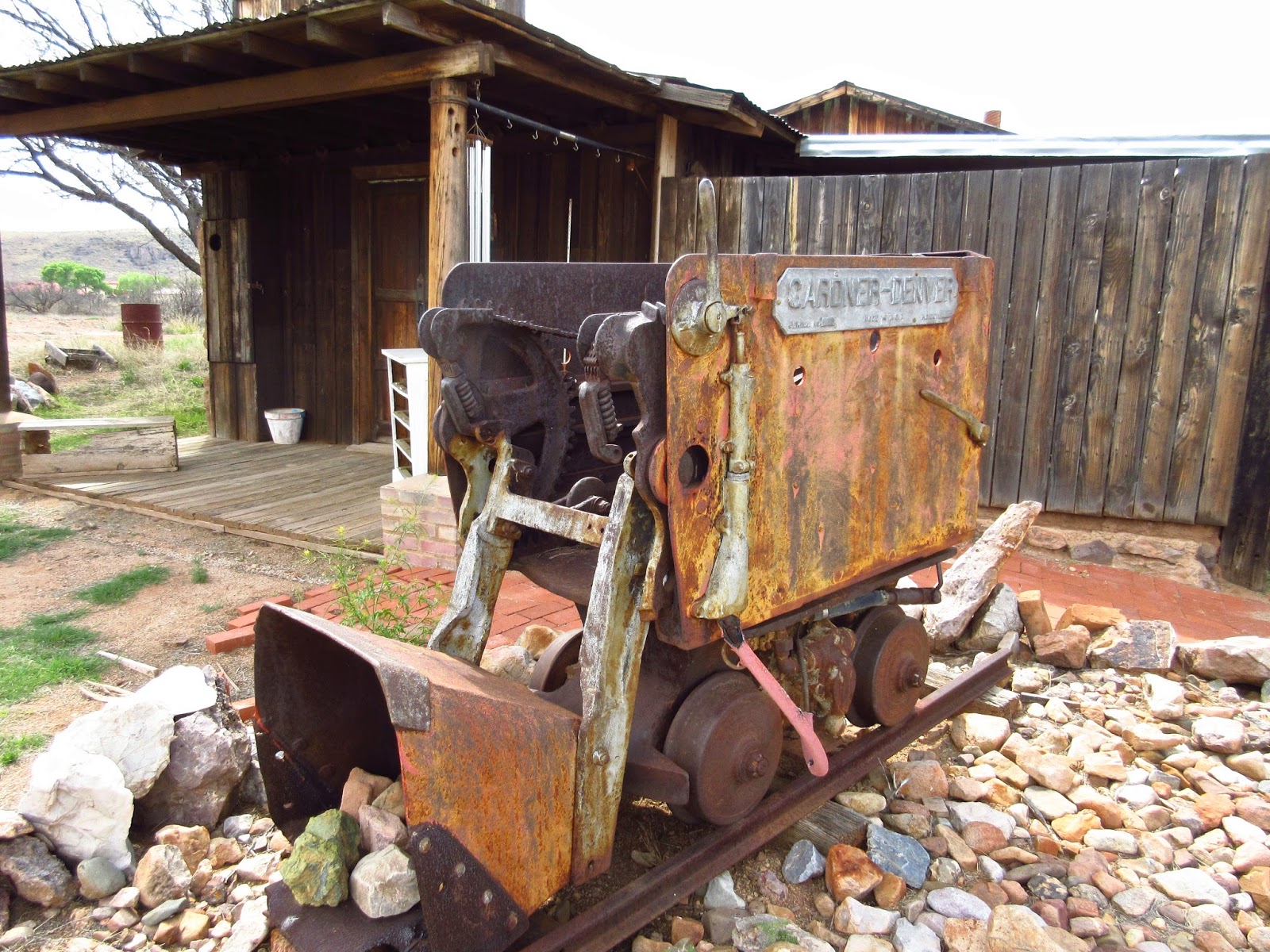 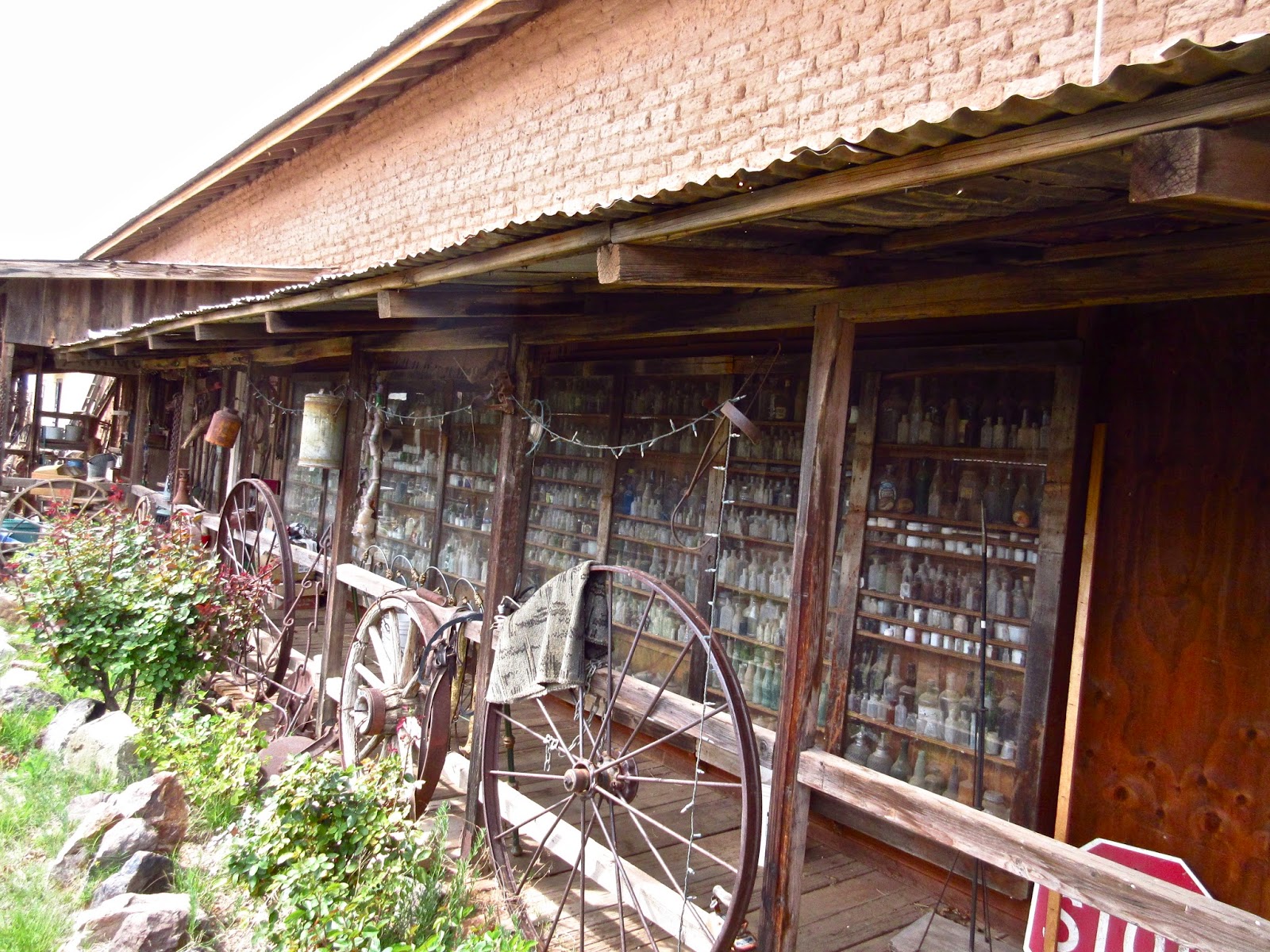 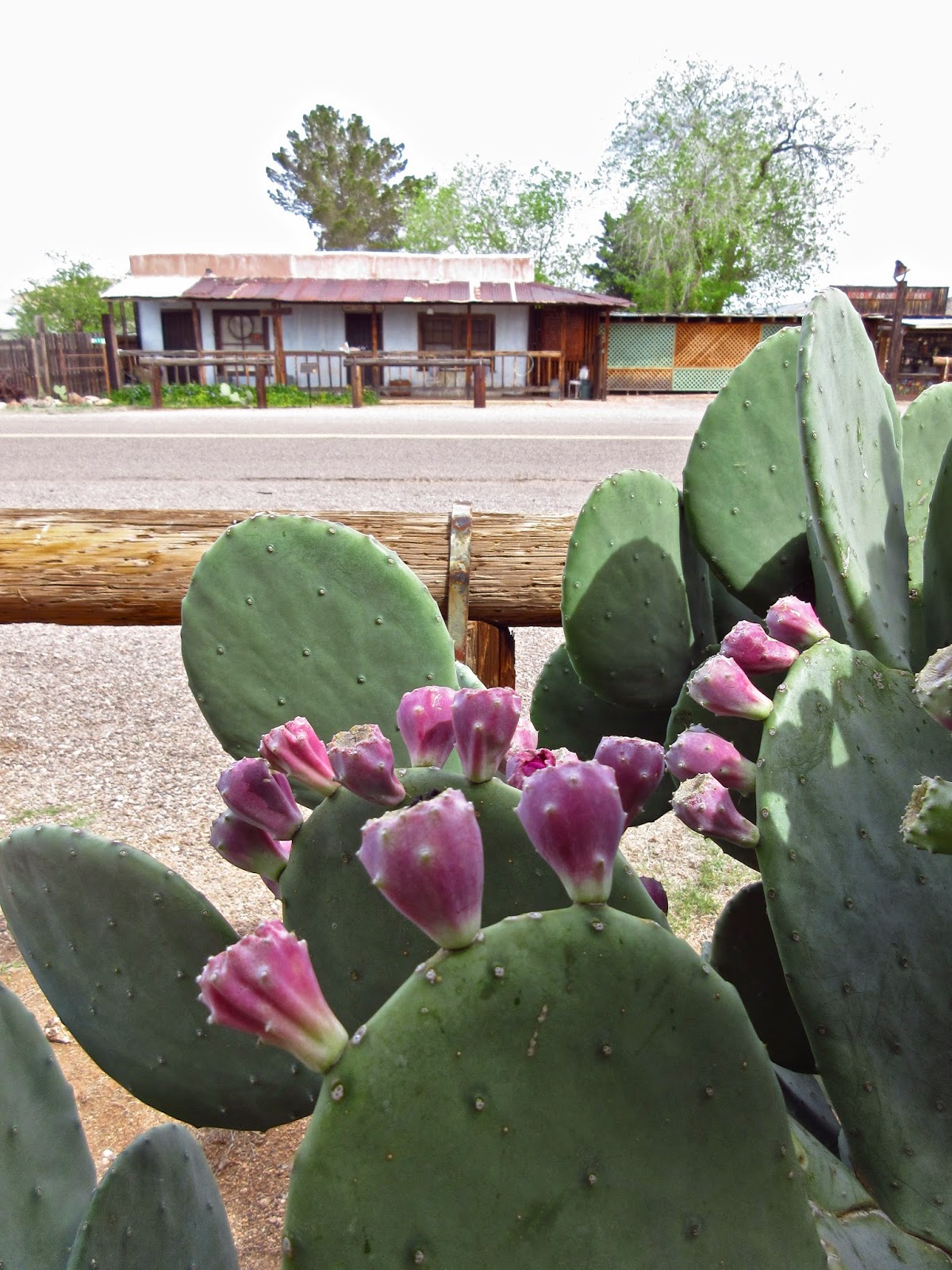 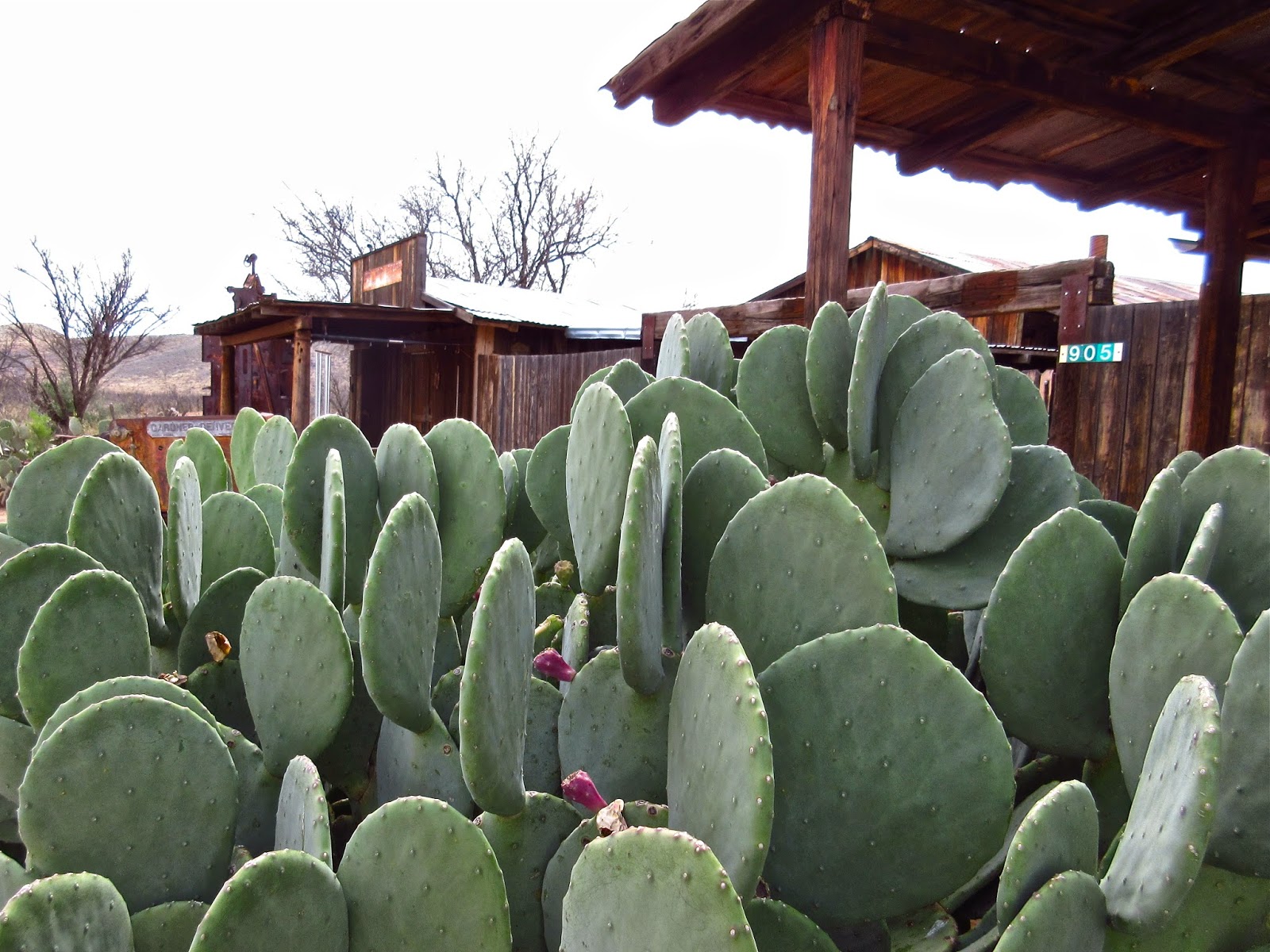 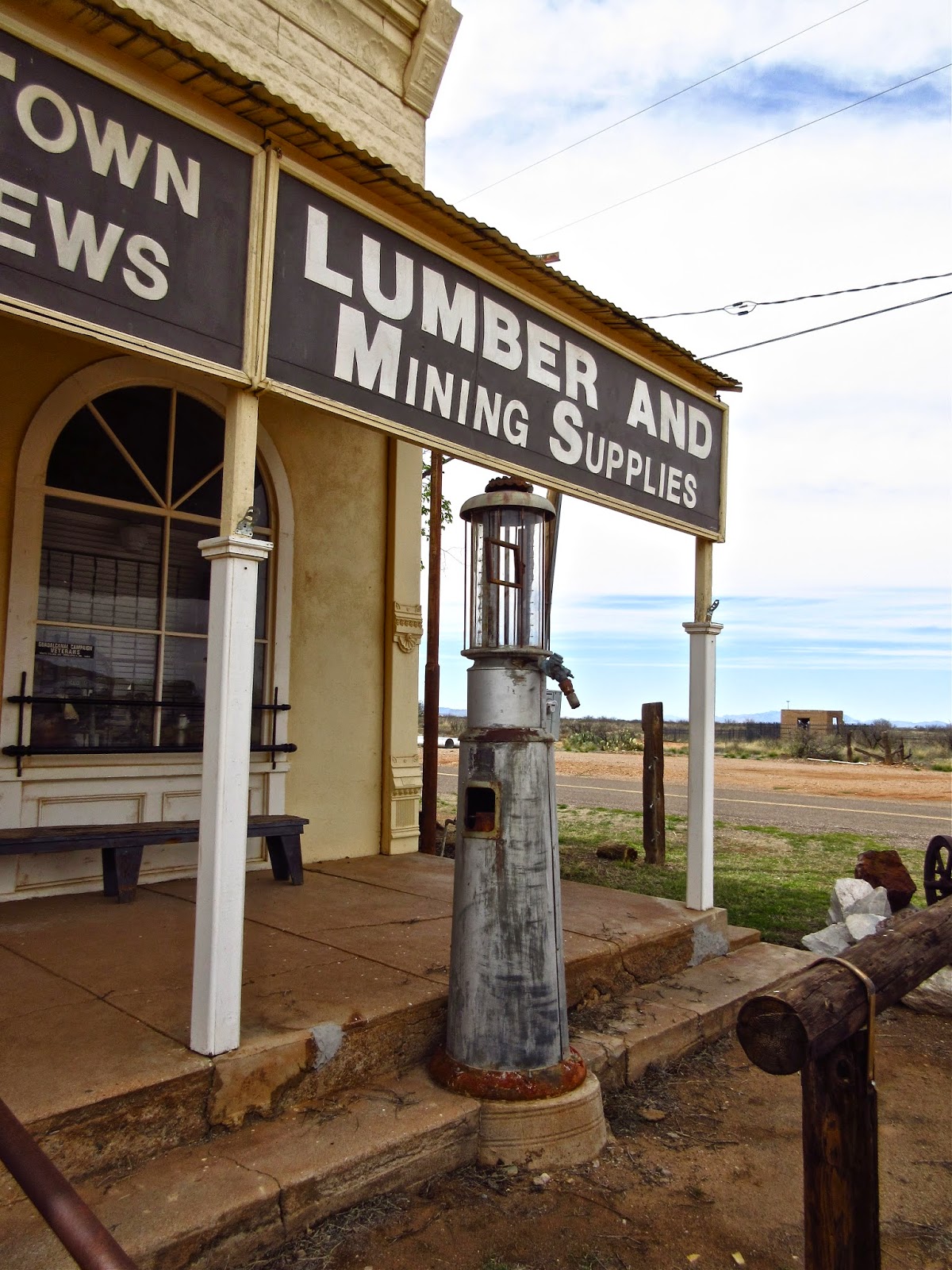 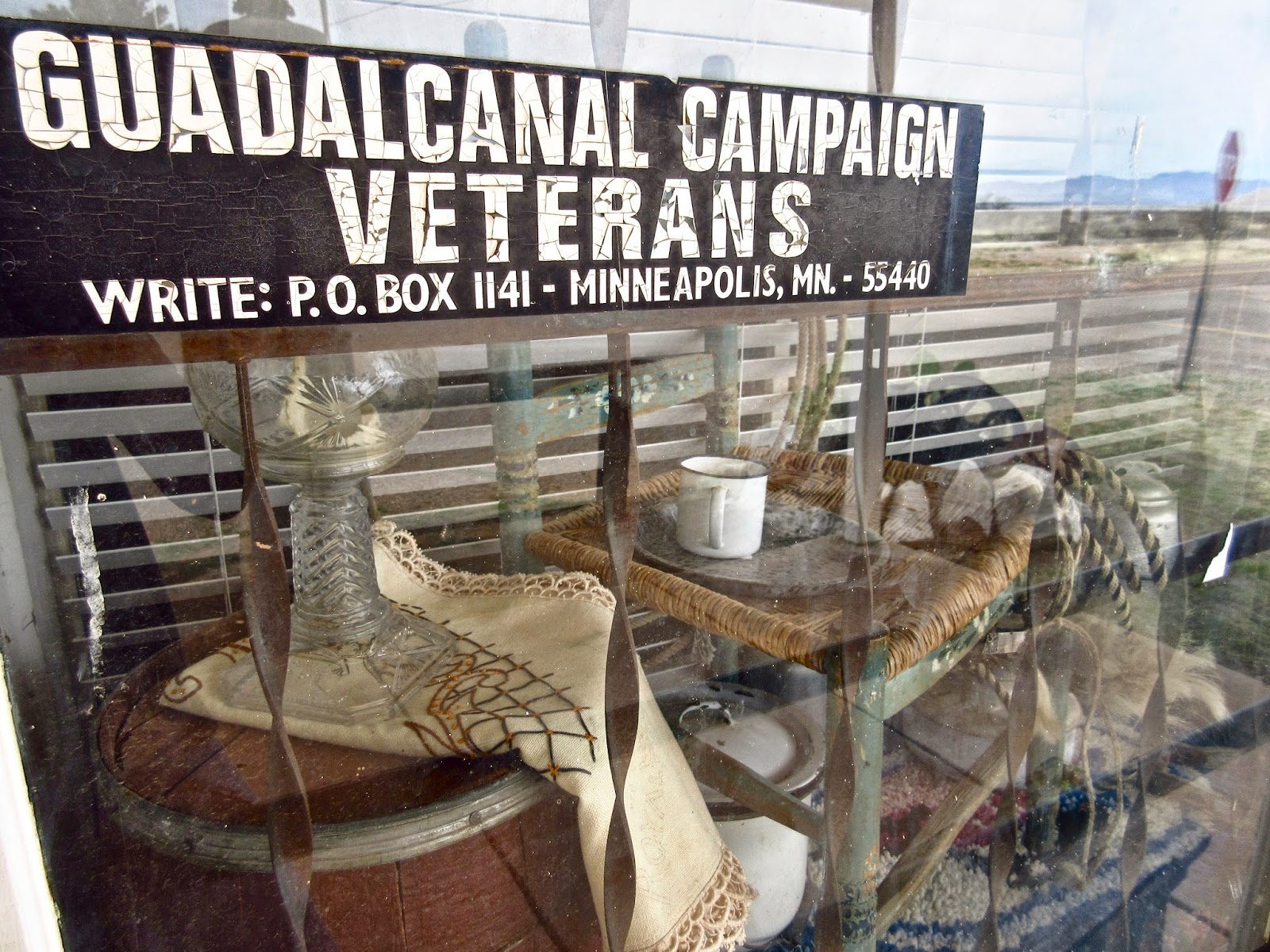 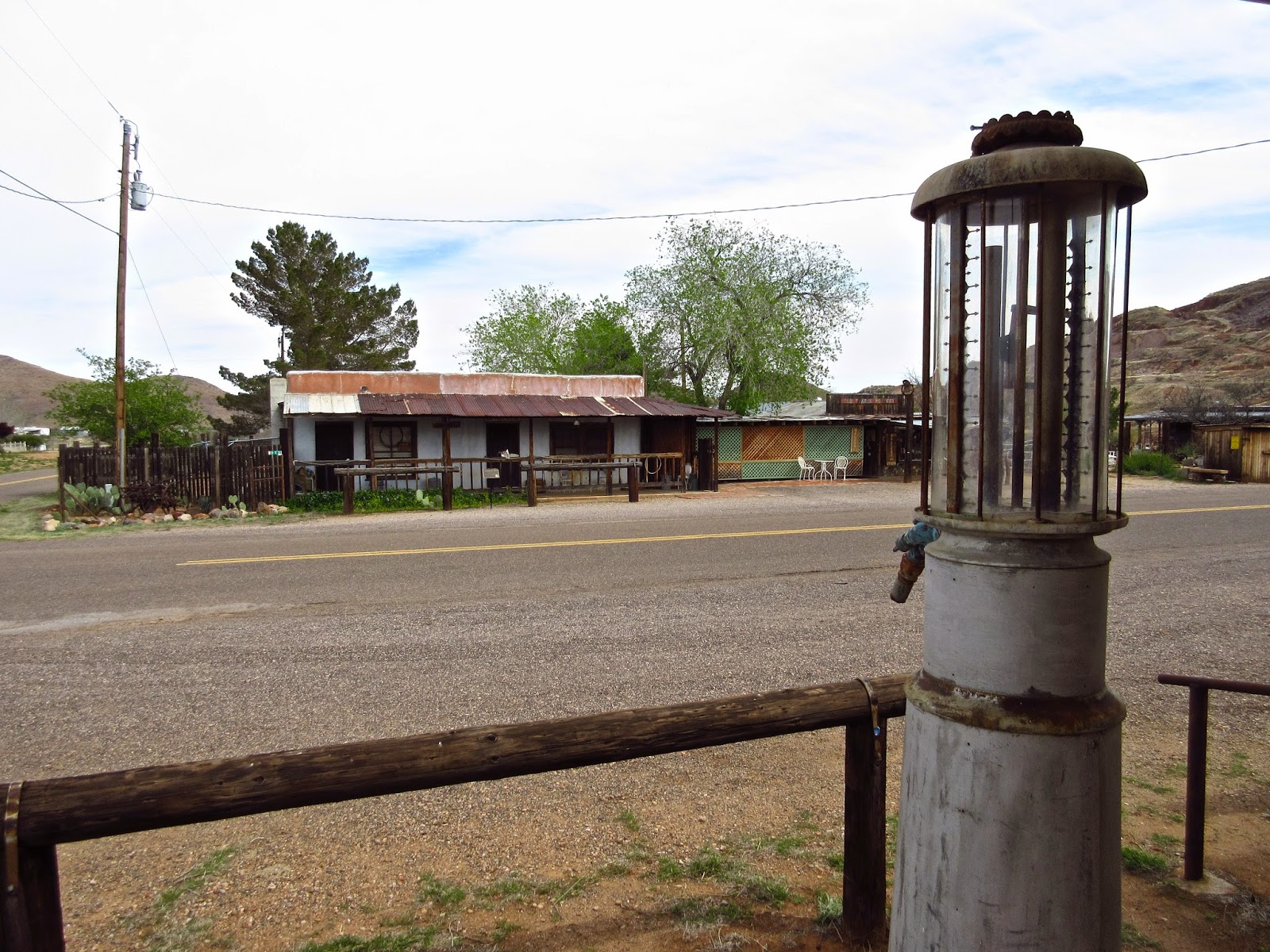 Posted by Box Canyon Blog.com at 8:56 AM