Around My World In 180 Days...Starting Right Now! 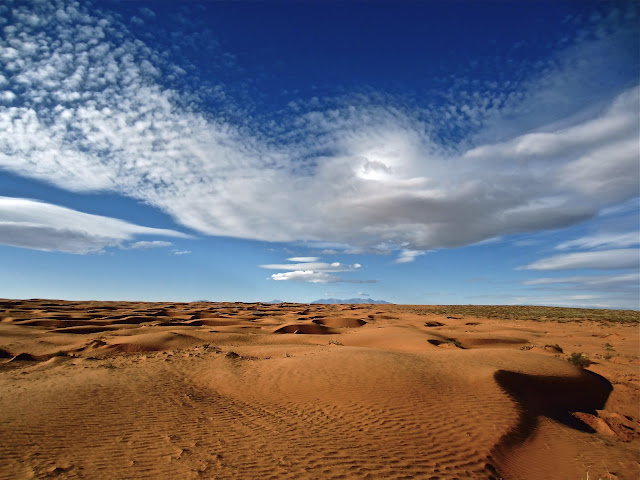 I've been bitten by the June Bug; it's the beginning of something beautiful because the next six months are my favorite 180 days of the year.

It signals the end of this... 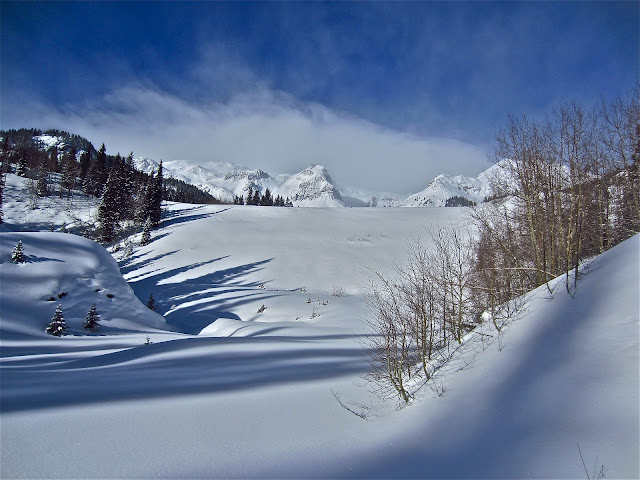 Not that "that" is so terrible. In small doses, seasons are like spices and serve to enhance the flavor of Life. Take Winter, for instance, Snow should not be something to avoid at all costs by retirees in RVs. Imagine strolling under snowcapped Hoo Doos in Bryce...red rock, white snow, blue sky. Or think about the absolute solitude of snowshoeing mountain powder, far from highways and madding crowds. Just leave the rig at a lower elevation with the heat on and go have a snow day...or, in our case, snow month. 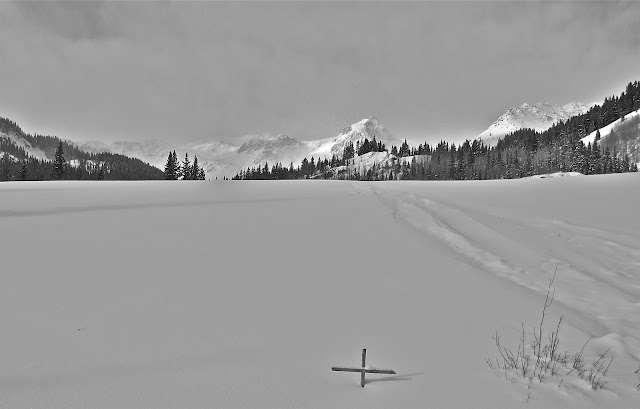 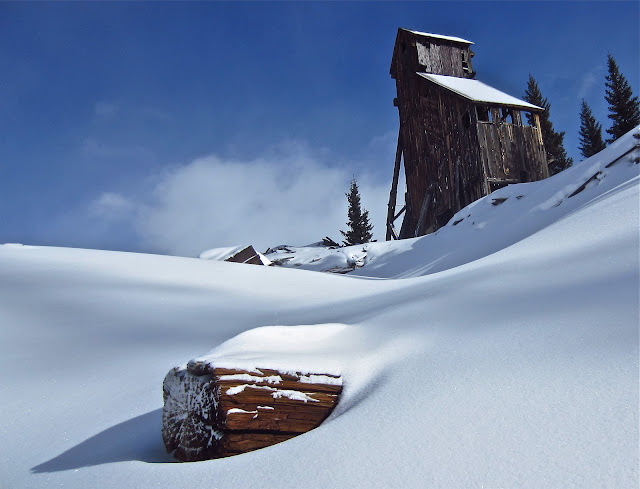 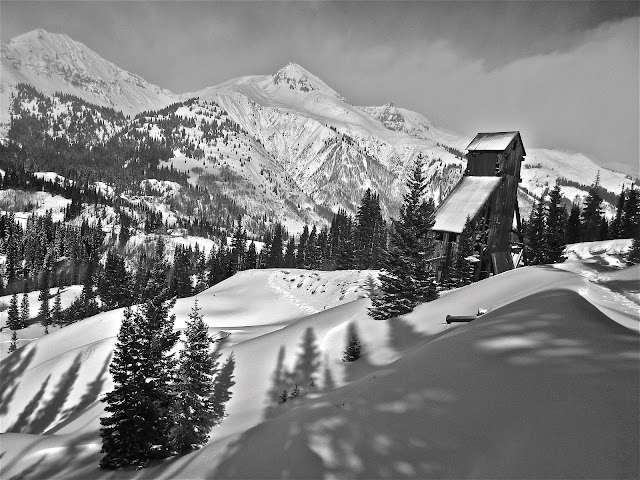 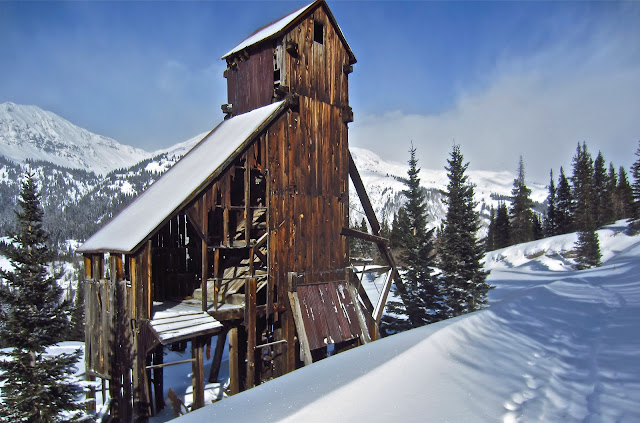 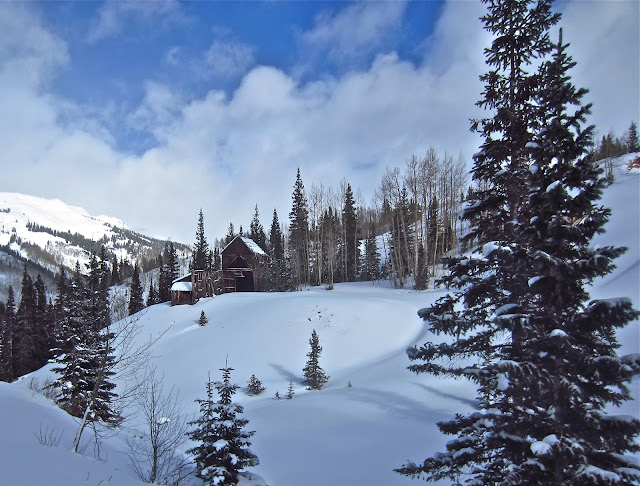 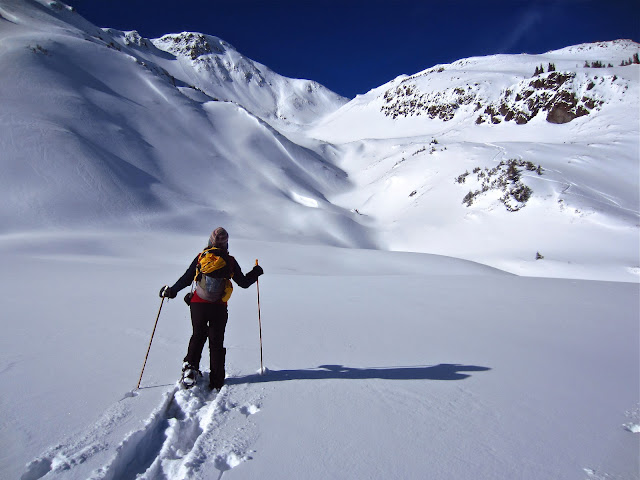 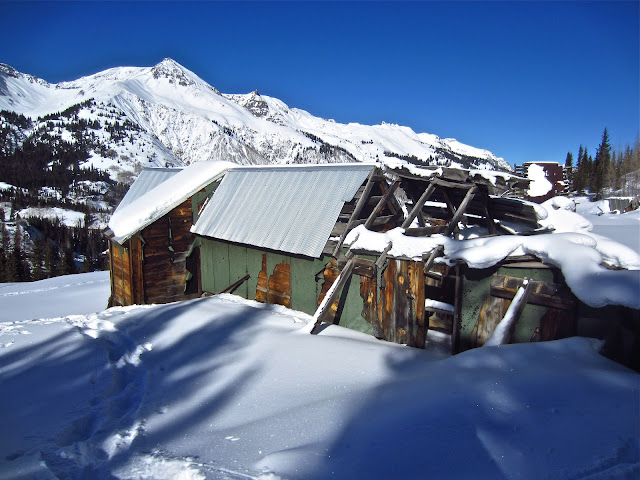 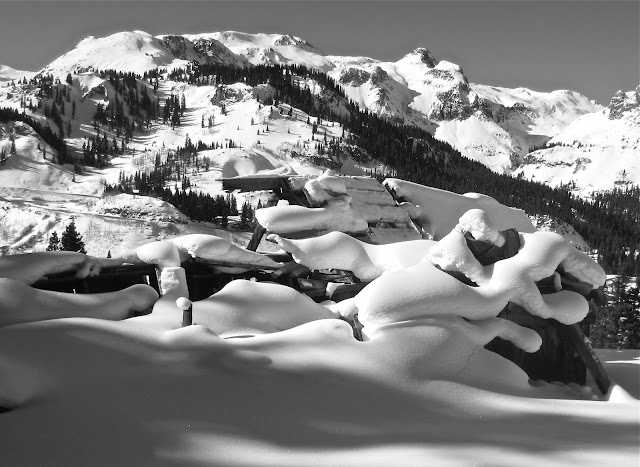 Burrrr, back to June. Southwestern Coloradans are oh-so-familiar with a long-time local adage: "The wind blows till the snow comes off Horsefly." Now Horsefly is a nub of a knob on the Uncompahgre Plateau, about halfway between Ridgway and To-hell-u-ride. Come June one, give or take a digit, the snow is all but gone and that sends "Mariah" into seclusion. Spring gales are my least favorite weather.

Though piles of snow remain up high in the San Juans, they are negotiable come June, supporting the weight of cabin fevered hikers anxious to rise above timberline and fill stale, winter lungs with pure rarified air. Ahhh, to wander and wallow in sun splashed tundra—chlorophyl surging, heart pounding, lungs burning—and eyes bleeding at the sight of naked, south facing ridge lines that woo restless souls and beckon knobby boots.

June leads to July, mountains carpeted in a profusion of wildflowers, cascading waterfalls, and ghost towns that lean and creak with the weight of a hundred and fifty winters. Climbing season revs up in June with new summits to conquer, as well as old ones with which to renew acquaintances. And the monsoons, so glorious, like clockwork every Forth of July they roll up from Meh-hee-co Way, spreading darkness, sleet and lightning bolts by one o'clock every afternoon. Be off the mountain, or suffer the anxiety and consequences of being caught up in one of the most power forces on earth, hiding under rocks, praying like Jesus, and making promises you can't keep.

July leads to August, yellow wildflowers proliferate while Columbines relent. T-shirts and shorts at 14,000 feet, but still those sneaky monsoons to keep a watchful eye out for. They infiltrate suddenly, a speck of a cloud looming into a monster that rumbles its big bass drum in your hollow gutless chest. It's a game of chance; you are at the mercy of the gods. They have sent us scrambling for our lives many, many times, which, oddly enough makes us feel morbidly alive having survived Thor's wrath. It's always Russian Roulette of one kind or another...avalanches in winter that can sweep a car off Red Mountain, to lightning, bolting out of a clear blue sky. What are ya going to do, stay home and fall down the stairs? The prize goes not to centenarians, for it is not how long, but how!

August leads to September, tundra, bleached blond as Marylyn, mild mannered creek crossings, and leaves of gold on quaking aspen. Magnificent bucks and bulls rub bloody velvet from antlers, scarring trees red and bark-less, readying for "the show." The mood is foul when the rut is on as harem "maintenance" is considerable headache, heartache, and work. It takes a heavy toll, procreation, as does defending your "girls" from the "infidels." All this as ice crusts over puddles at night, while days are as soft and warm as a mother's bosom. Chlorophyl retreats, leaf by leaf, branch by branch, and dormancy settles over the forest like a deep slumber.

And finally, September leads to October, Indian Summer days, changing skies, and my birthday...another year older and some days feeling it. It's a time of preparation; I'm excited by the prospect of loading Goldie and heading off to Utah's endless maze of canyons and tabletop mesas. Maybe this will be the year I learn the secret to capturing Red Desert on watercolor paper. I doubt it. I'll be too busy hiking and biking and slot-canyoneering. So many slots, so little time...because Zion calls November first every year. Ms Autumn has only just arrived and she's ready for a sequel. And you know, she likes to stick around the whole damned month. 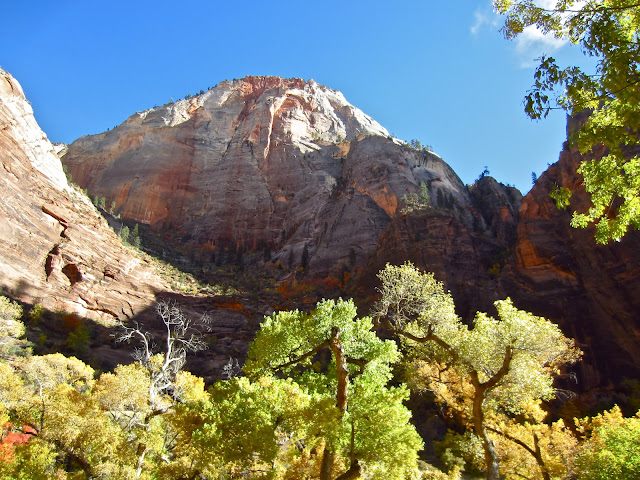 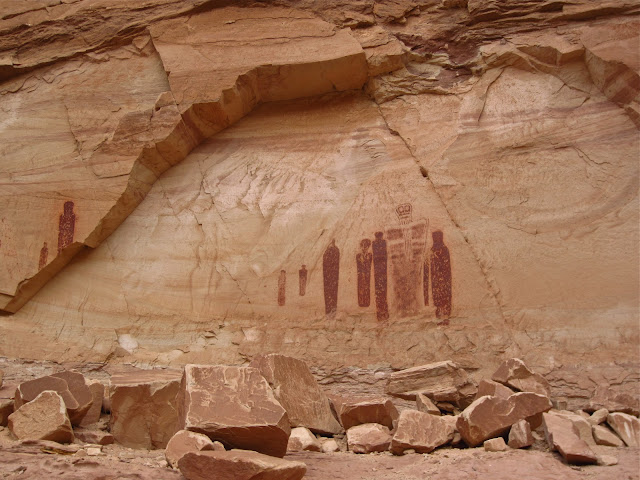 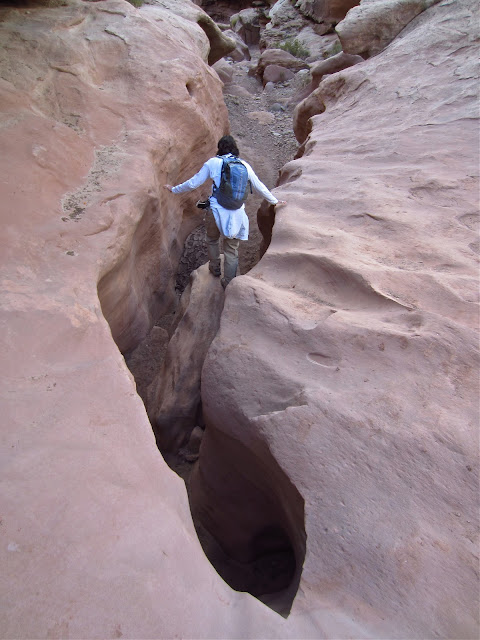 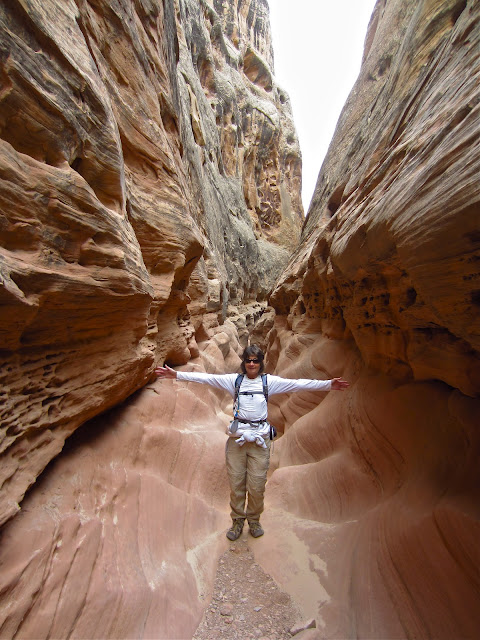 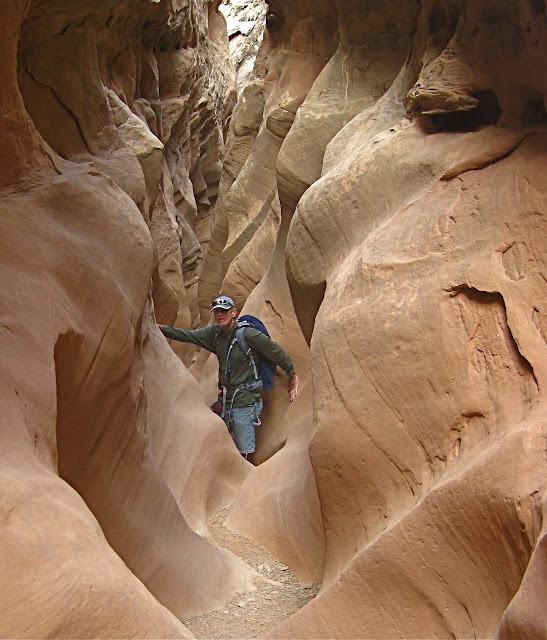 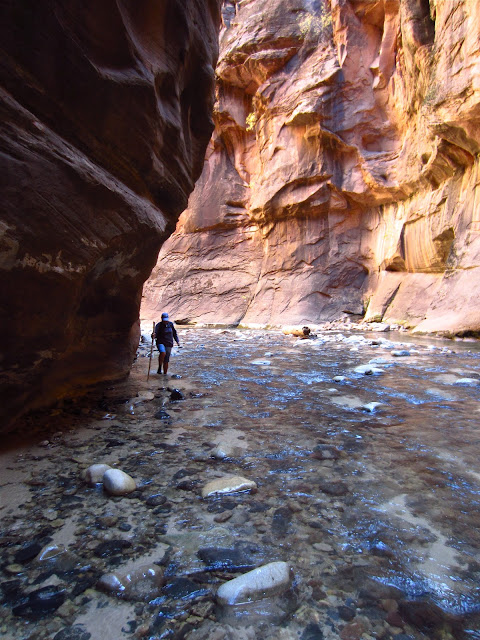 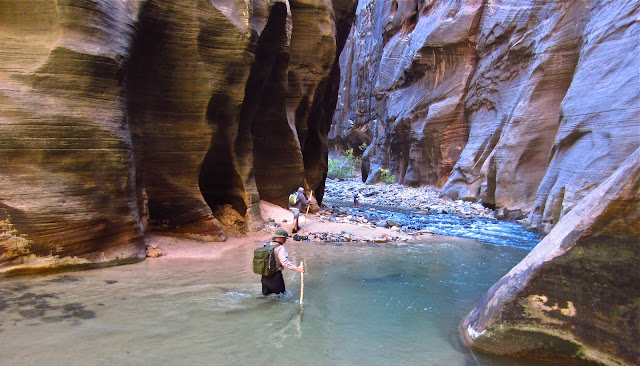 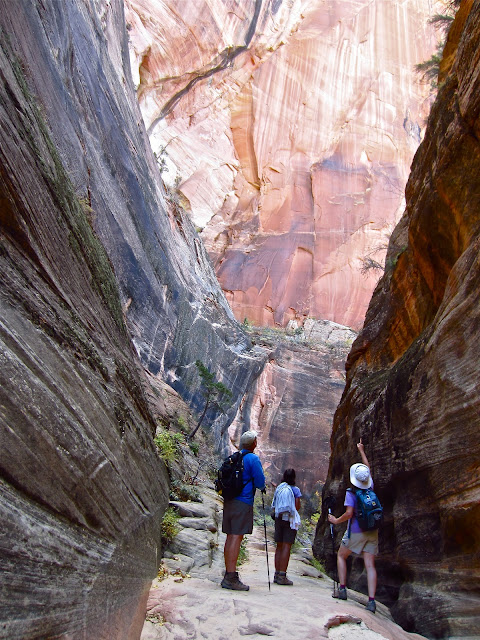 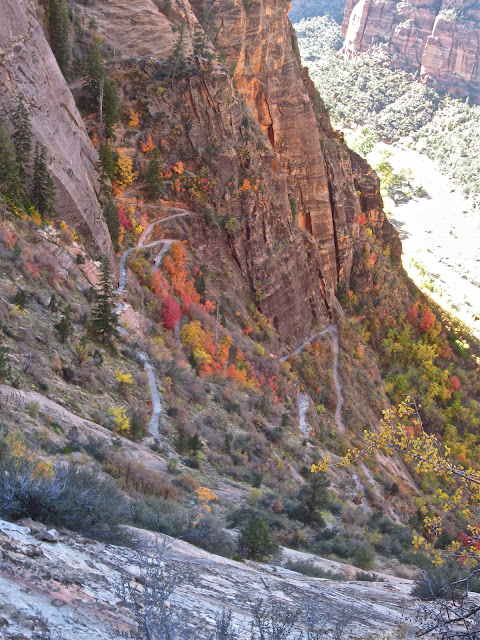 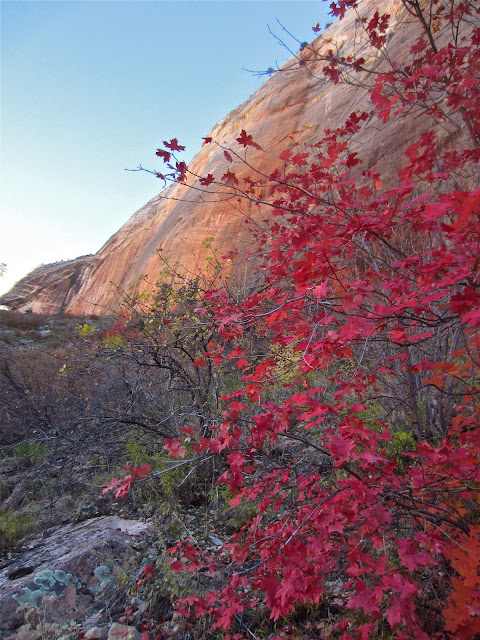 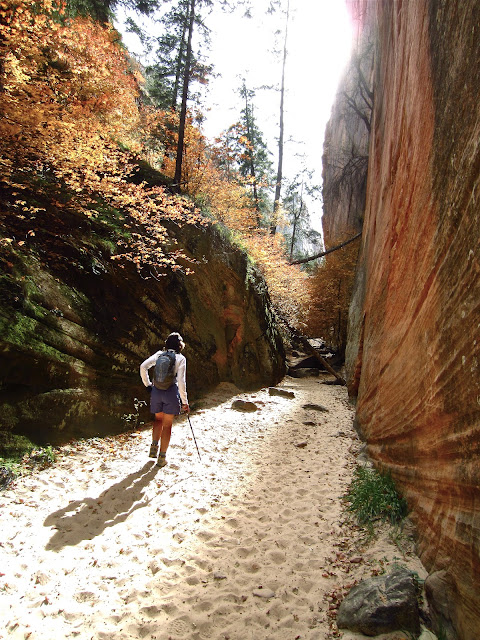 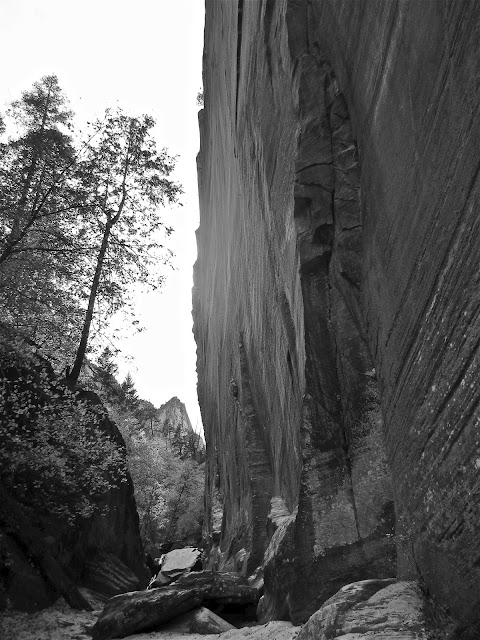 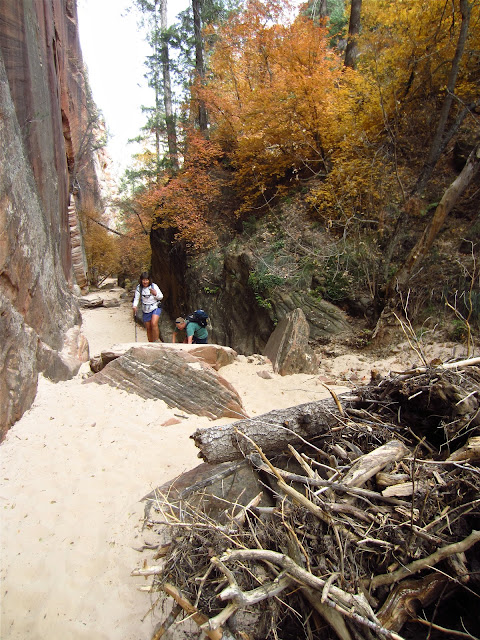 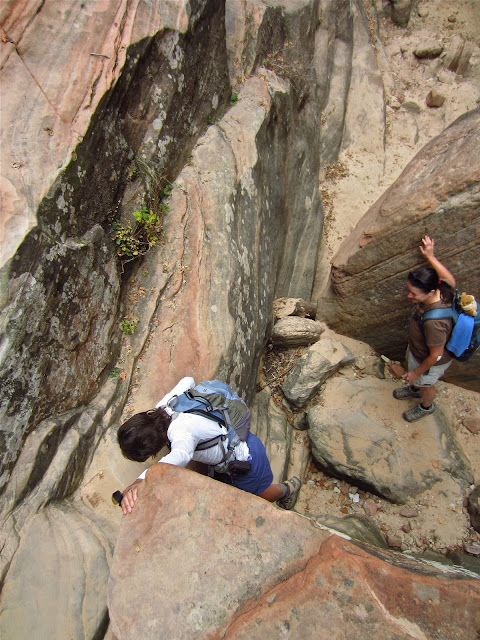 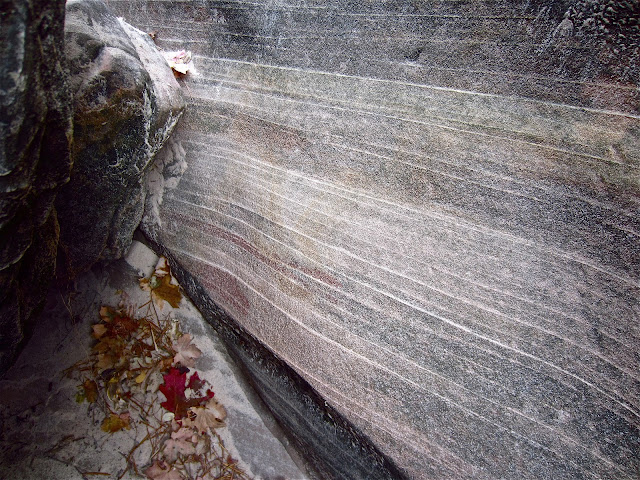