Great Expectations versus Reasonable Doubt: I Persist, Therefore I am... 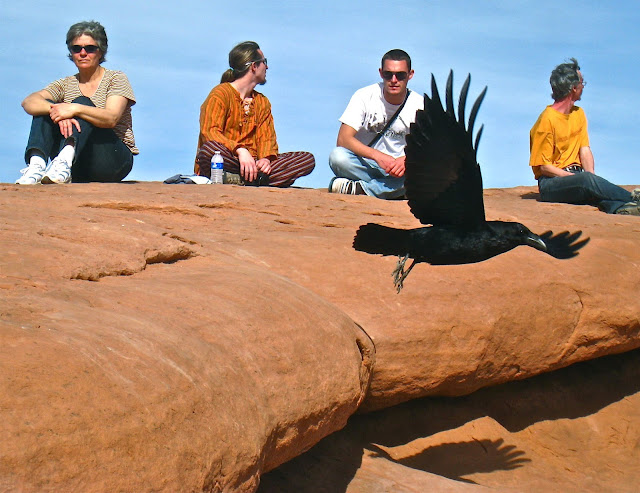 "Art is a lie that makes us realize truth, at least the truth that is given us to understand. The artist must know the manner whereby to convince others of the truthfulness of his lies."  Pablo Picasso


And my "truths?" Well, they are not as complicated as Pablo's statement. No, I keep my truths simple, like the Ten Commandments, trying to expunge as many "shades of grey" as possible and reduce the argument to its lowest common denominators, such that Black stands apart from White...clear, crisp, clean. At least, that is what I shoot for artistically and philosophically, because then even a Bozo like me and tell fact from fiction.

All to often there exists a chasm of lies between what artists create—whether painted, written, sculpted, sang, played, photographed, or danced—and sanguine expectations of their minds. Creativity and Doubt are not strange bedfellows, they are lovers in the night, a tangle of sweaty limbs and soiled linens. I think Robert Brault expressed it best, "The artist uses the talent he has, wishing he had more...the talent uses the artist it has, wishing it had more..." Indeed. Sounds like first marriages.

When one is a marginal aspiring artist like I am, it's easy to settle for mediocrity...thinking (doubting) they lack "the gift of aptitude." Well, it's a crowded room, mediocrity, seldom does one individual get noticed. Alone, in a crowded room. I'll bet you know that feeling of doubt and withdrawal. It's hard for impatient types to gut out the "long run," and it's getting harder because competition comes out of the woodwork in this age of Internet. Take Travel Blogs, for instance. I rest my case.

Finishing the Imogene Pass Run from Ouray to Telluride was a piece of cake compared to the slightest degree of mastery over Pen and Brush...trying to coax an adequate metaphor from the former, the right stroke from the latter, and good composition from either. Watercolor is a spoiled rotten brat media that doesn't do a single thing you tell it to do. Watercolor is the girl you had not a chance in hell of getting in high school, the angelic cheerleader-valadictorian-prom queen who rolls in and parks her little red Corvette next your V-Dub bomb and cuts out your heart with a mere flash of her pearly whites, and leaves you dumbfounded in the aromatic wake of strawberry ice cream lipgloss. God; the injustice of the "haves" and the "have-nots."
That's the kind of lust aspiring artists need, to rise above the crowded room of mediocrity, to achieve some level of distinction. It needs to smolder like those tangled lovers...cool and calm on the surface, molten goo within. It requires the patience of Job, as "lava" sometimes takes years to reach the sea.

In the beginning, it was both premature and immature to cling to the buoy of Great Expectations. Like Charles Dicken's character, Pip, "something" (Estella) would blossom from the promising amalgam of desire and persistence...that he would learn and become a Gentleman and vie for Estella's hand, and I would learn and become an artist, and rise above the mediocre commoners. Unfortunately, both Pip's, and the artist's path, is littered with Miss Havishams.

And now I sit in a Fine Art Gallery four days a week, surrounded (tortured) by boldness, beauty, inspiration, and realized potential, wondering what audacious impulse it was that caused (cursed) me to think, "I can do that." Suddenly, I'm back in high school, insecure with mini skirted girls in red Corvettes who smell of strawberry ice cream lip gloss.

A few years ago, I was gallery-hopping in the quaint little town of Coupeville "by the sea" on Whidbey Island, just off the coast of Washington. One gallery specialized in watercolors by various local artists...glorious concoctions of juicy colors on white paper. A little drool must have formed in the corner of my mouth as I gazed into a painting. The attendant broke the spell by mentioning that it was one of his. I am famous for asking dumb, unthought out questions, so I asked, "How do you do it? I mean, how did you get to be so accomplished?" Relief poured into my soul when he said he was self taught. It gave me hope. In answer to my questions, he said something I will never forget. "If you want to be a painter, paint a thousand paintings. It's that simple. How bad do you want it?"

I started numbering my paintings and keeping tract...making it to somewhere around four hundred before "Life" changed a few priorities in my life. Not halfway to a thousand, I noticed fewer disasters. I wasn't great, sometimes not even good, but if I looked at early paintings and compared them to the latest paintings there was improvement, and a few were even acceptable to me, my biggest critic.

I persist, therefore I am...a writer. 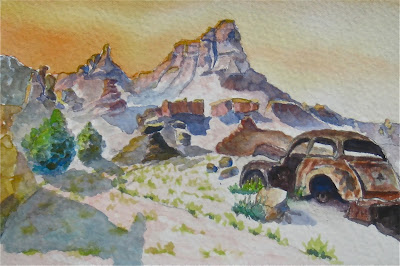 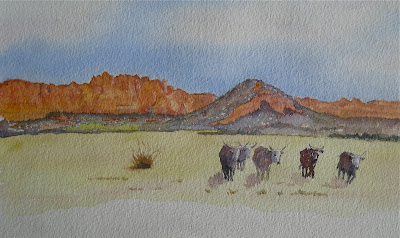 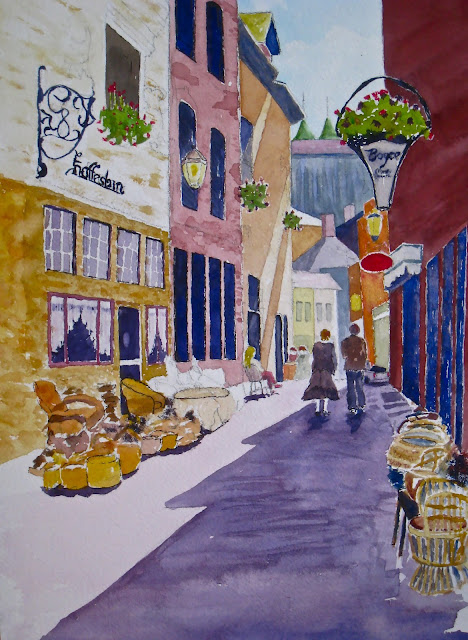 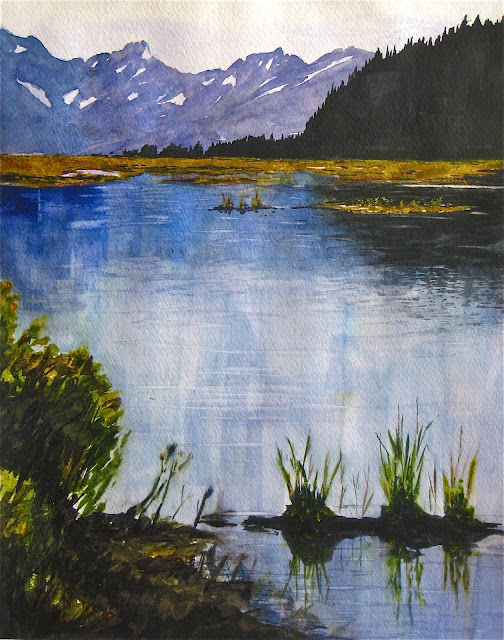 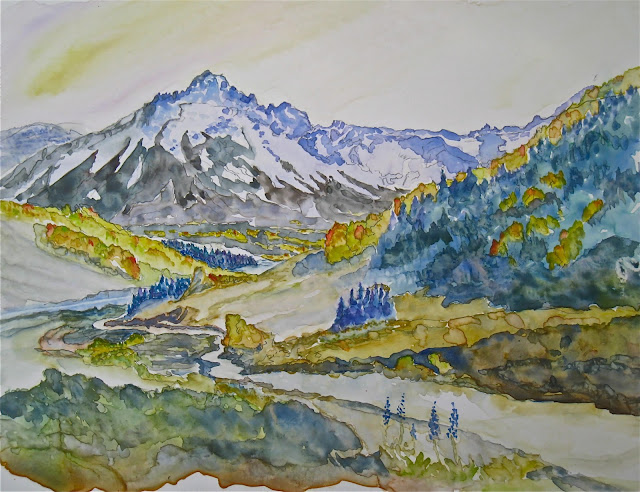 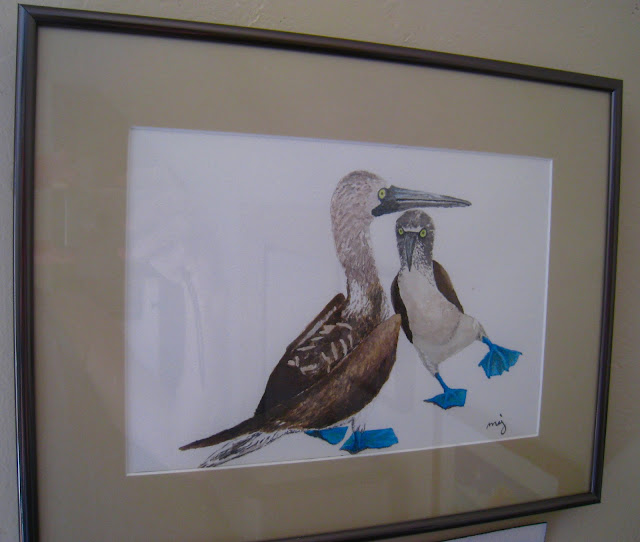 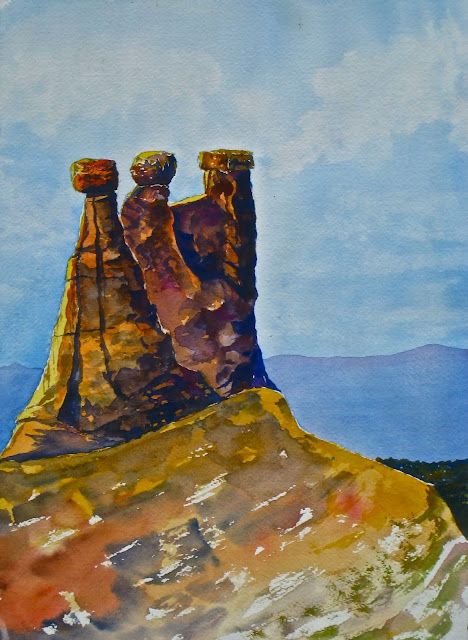 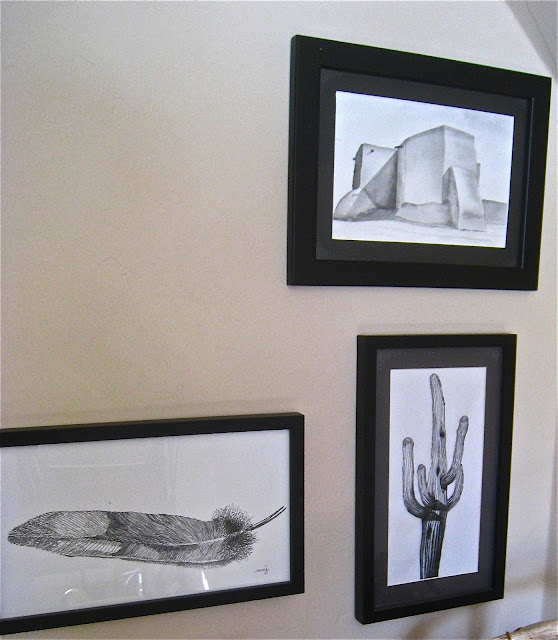