Shooting Stars, Petroglyphs, Cacti, Watertanks, Hawks, and Anything Else That Moves Or Doesn't Move Ironwood National Monument: "Rancher Jesus Arvizu, whose family has been ranching here since 1847, said all of his No Shooting signs have been shot to pieces. His livestock water tanks are full of holes. He wants to see the target shooters restricted to designated areas within the monument. 'I just had a guy out shooting next to my corrals,' Arvizu said. 'Yesterday a guy shot a hawk and stuck him on one of my fences. Just spread him out. Why would you do a thing like that? It's not safe anymore. It's a major problem.'" Los Angels Times

We are getting ready to head back into the isolated and stark desert beauty of Ironwood National Monument this morning. You hear and read about things that happen in Ironwood... it seems to draw innocent foragers like the Wiseone's, Susan and Maikel, and Bobbie and I... you know, hunters of petro's and photos and seekers of solitude. But it also seems to draw the lunatic fringe... the "crazies," the four-wheel motor heads, the shooters, druggies... the Angry Men. It's that last couple of groups that bothers me. There's nothing much to stop a stray bullet in Ironwood when it misses it's intended "star," Saguaro, or Barrel Cactus target. Last time I checked, Newton's law of gravity still read, "What goes up, must come down." It's enough to make me want to put on a bullet proof cap and gown, but I don't have either one.

On our last outing to Ironwood a couple of days ago, Bobbie "shot" a Thunderbird. Did you happen to notice it in today's lead photo? The "great and powerful" Thunderbird is highly symbolic to Indians, but it seems to mean different things to different tribes across North America. The symbol seems to have made its way down from the far north; it was long used on Totem Poles of indigenous Alaskan Indians. By the time it reached the desert southwest it came to be associated with thunder and rain... the lifeblood needed for agra-based culture, as indians transitioned from nomadic hunter/gatherers to "Sticks and Mud" permanent pit-homes. No rain, no grain.

More petroglyphs from our hike to Wasson Peak in the Tucson Mountains. Take the "Wash Route" from the parking area to see these etchings. They are small, so you must go slow... and most of them are near where the wash reconnects to the Kings Canyon Trail from the parking area.
Peace Out!
Now go take a hike!
mark

Speaking of "shooting" and "Ironwood," Bobbie 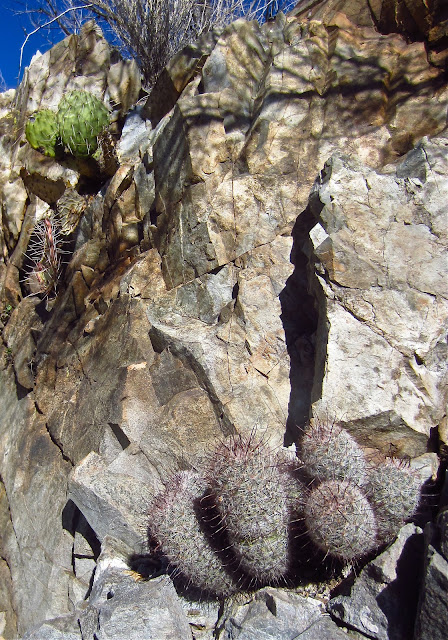 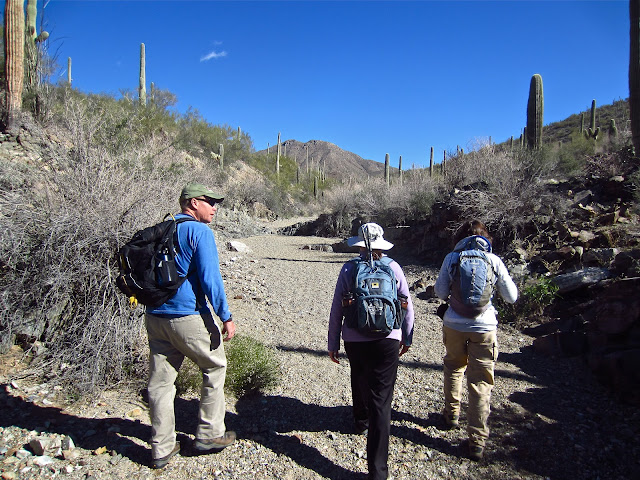 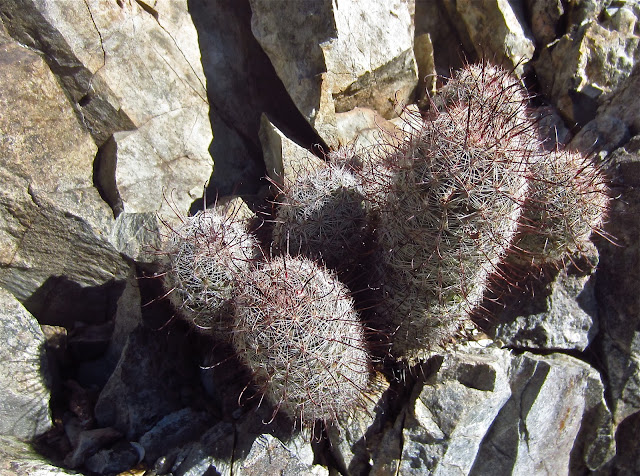 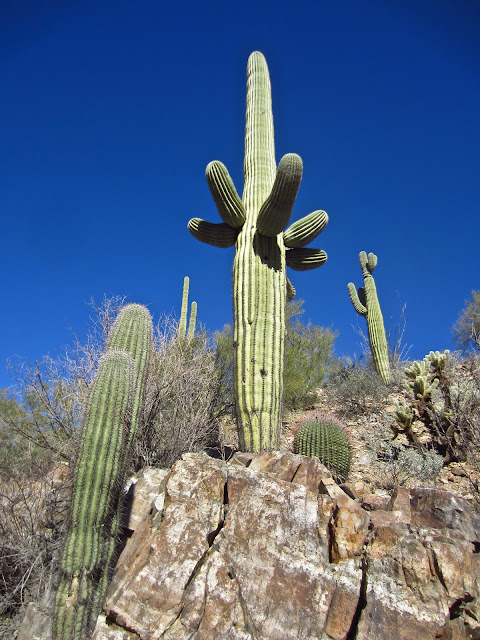 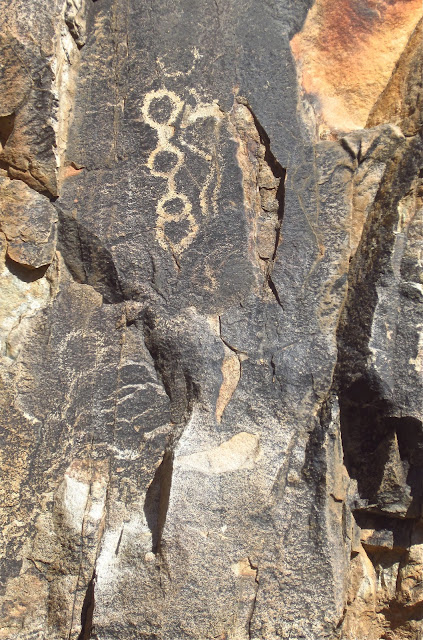 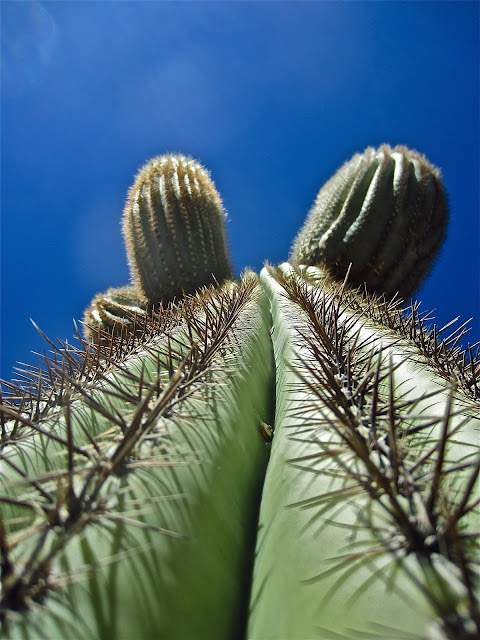 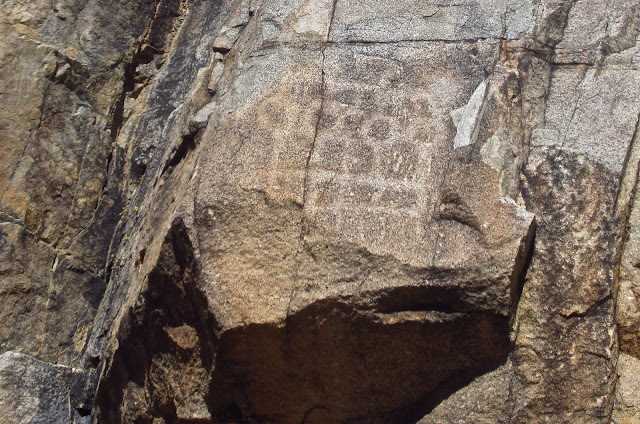 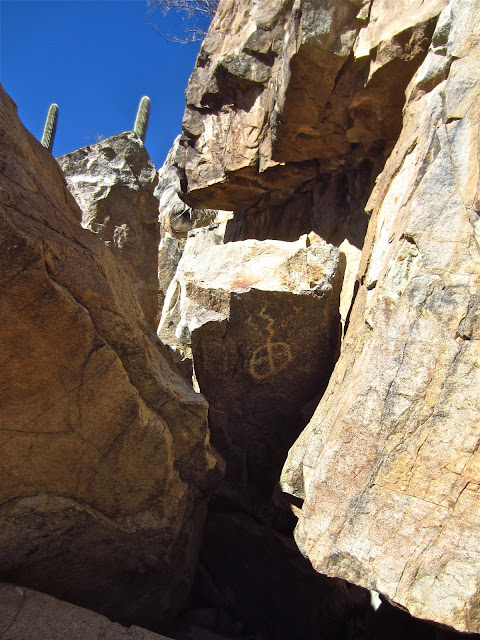 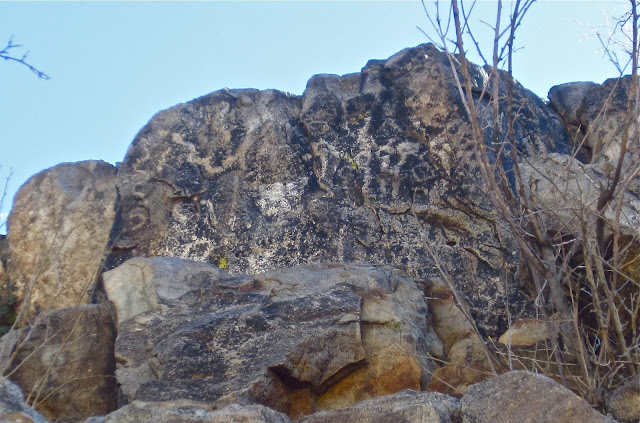 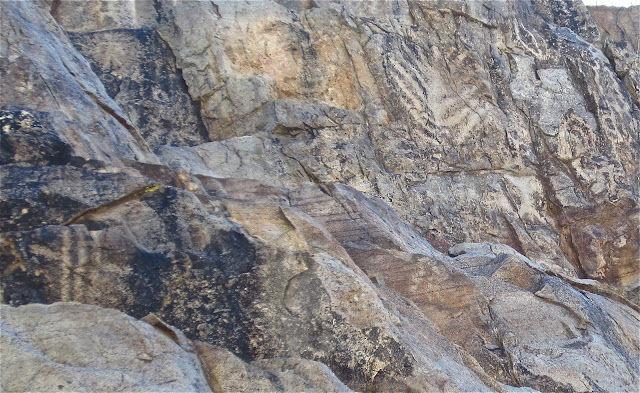 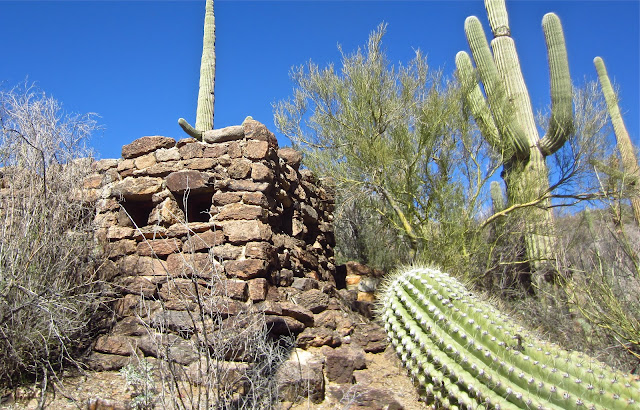 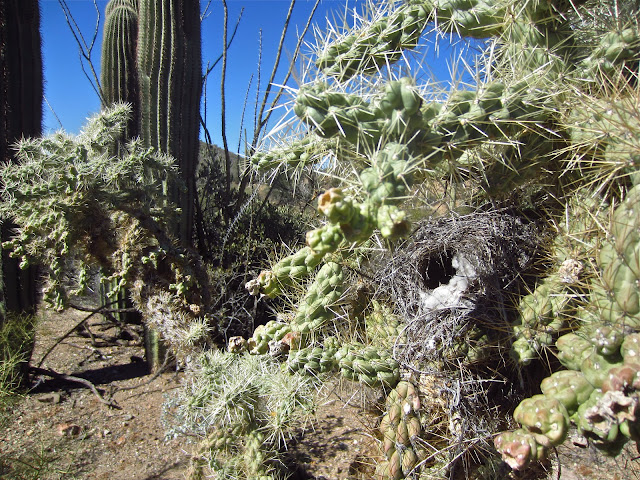 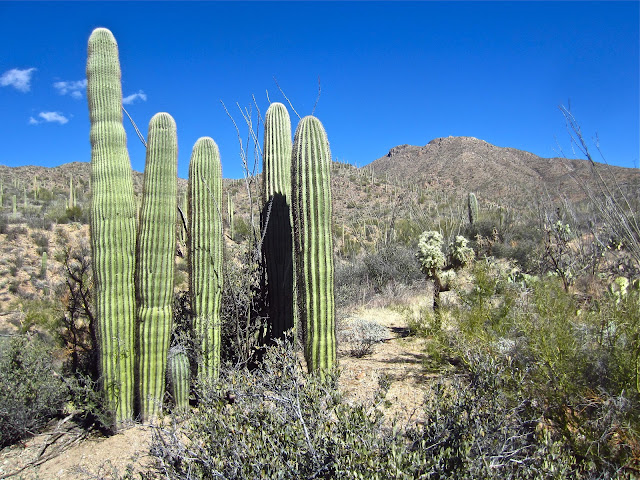 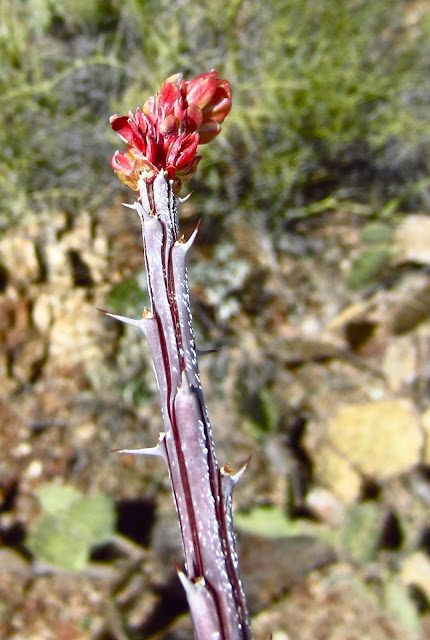 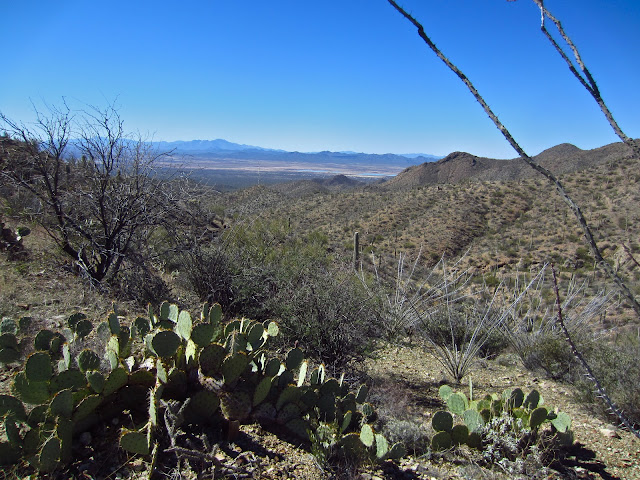 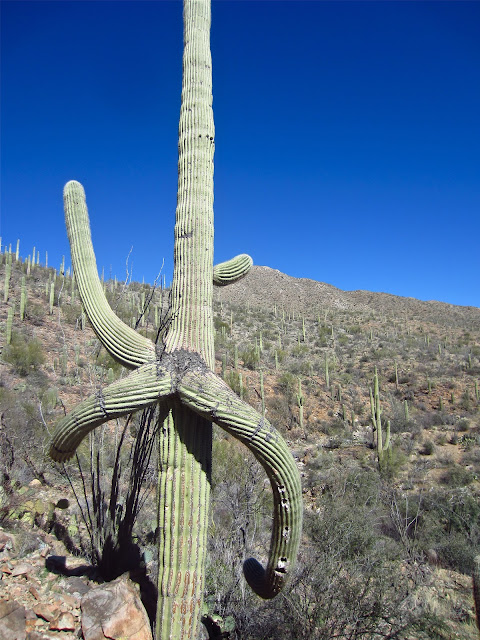 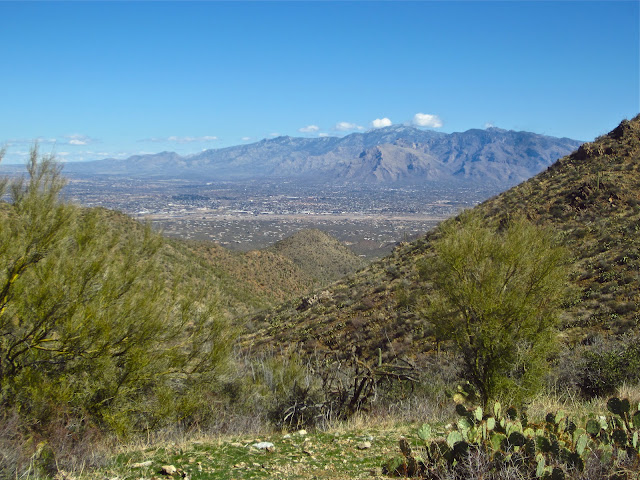 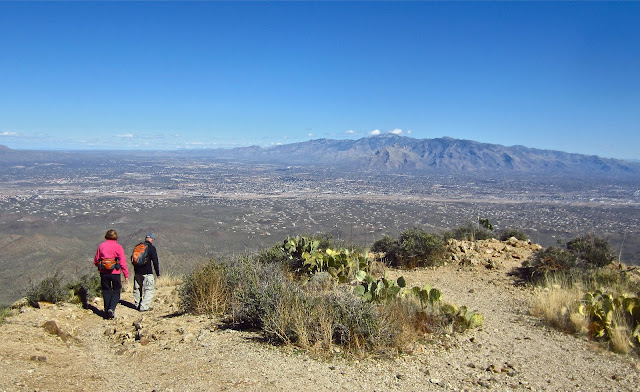 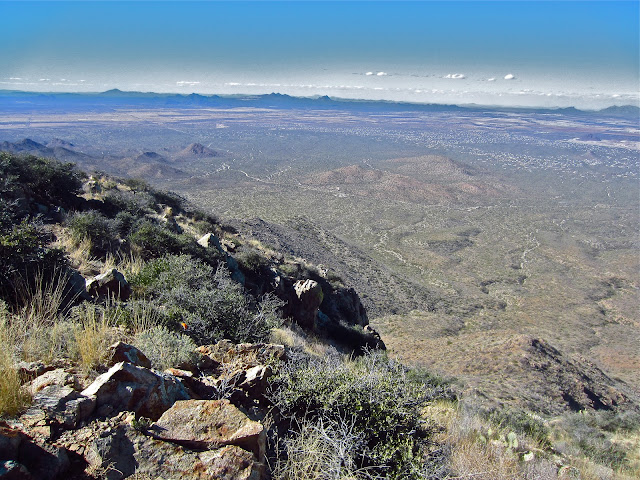 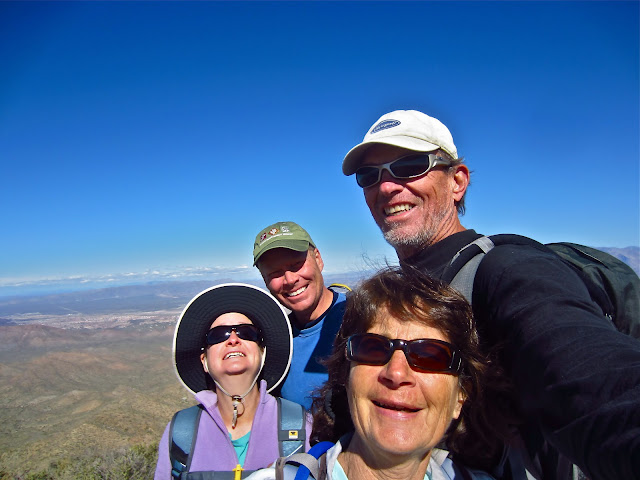 The Goofies... bringing southwest adventures to your laptop :)) I should get a "Tip Jar!" Naw.
Posted by Box Canyon Blog.com at 8:39 AM