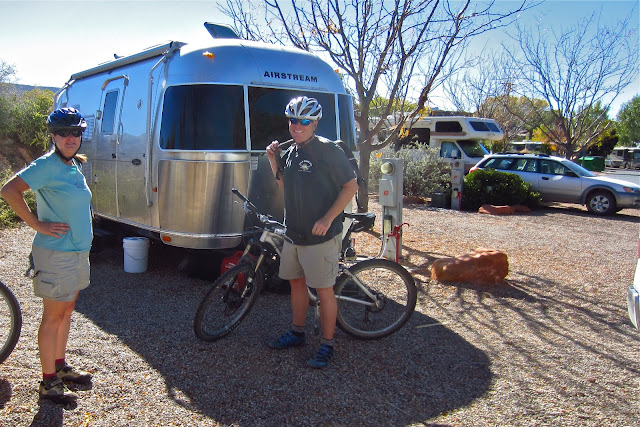 Susan and Maikel are geocachers. I assume most of you know what that is... apparently it's really popular amongst some in the RV crowd. There are geocaches everywhere, including around here, so we hopped on our mountain bikes and went geocache hunting.

Susan said she likes geocaching because it gets them out in places they wouldn't normally go. She said this while we were pushing our bikes through deep sand toward a lone cedar tree way out in the middle of nowhere, so I agreed with her.

Maikel's GPS got us to within four feet of the treasure; gee, where could it be? I was getting excited. Under the Cedar tree there was one large rock. Maikel made Bobbie reach in and turn it over because he's afraid of spiders. Under the rock was a small container. In the container was an assortment of plastic trinkets, a foreign coin, and a register of all the people that had found the geocache. I tried to sustain my excitement.

Susan took a couple of trinkets from the container and replaced them with some trinkets of her own. Now I know how to geocache. I do think, however, it would be much more challenging/fun without a GPS. 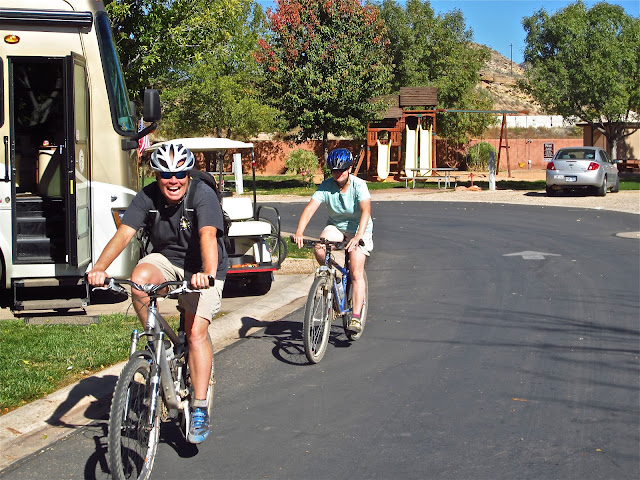 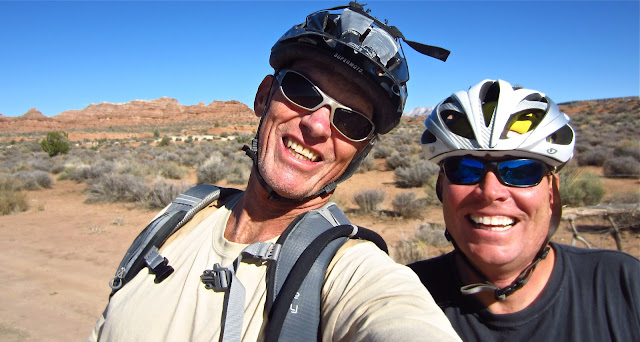 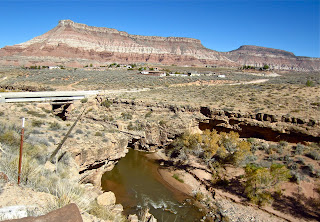 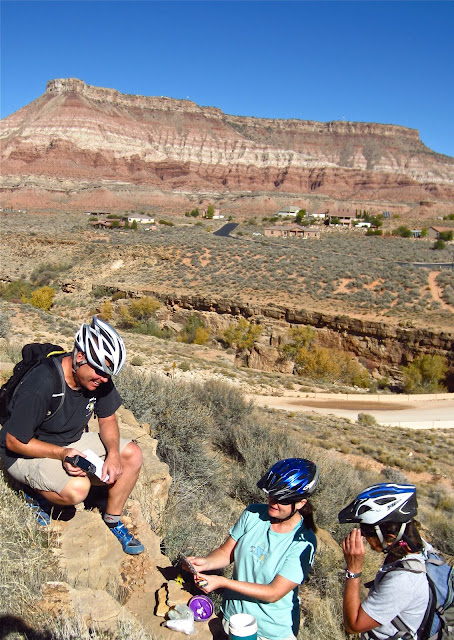 The next geocache was buried in a rocky ledge, the kind of place rattlesnakes love. Nobody seemed concerned about this except me. So there is an element of danger to geocaching, and it was useful in that it helped to sustain my excitement.

Then we showed Maikel some of the great biking to be had on BLM land surrounding the RV park, including some single track on the Jem Trail. 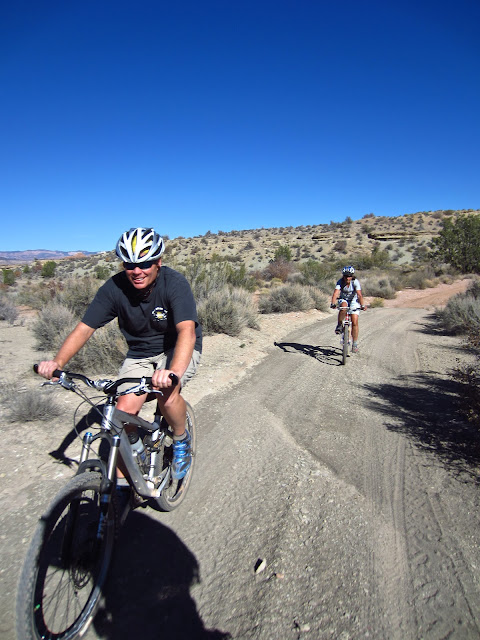 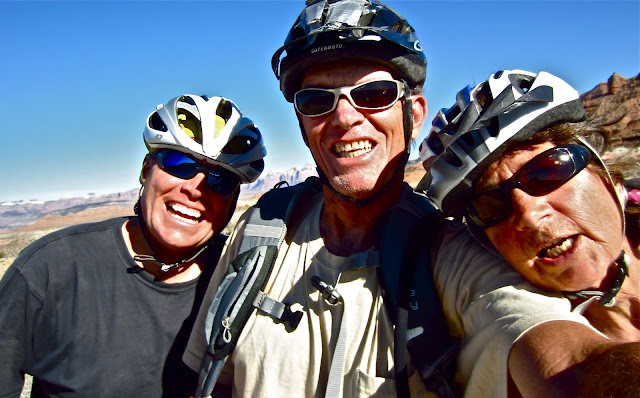 Click Here for a 50 second movie of Bobbie on the Jem Trail.