"Seek, And You Shall Find:" Reverse Engineering A Loop-Hike From Beyond Tower Arch 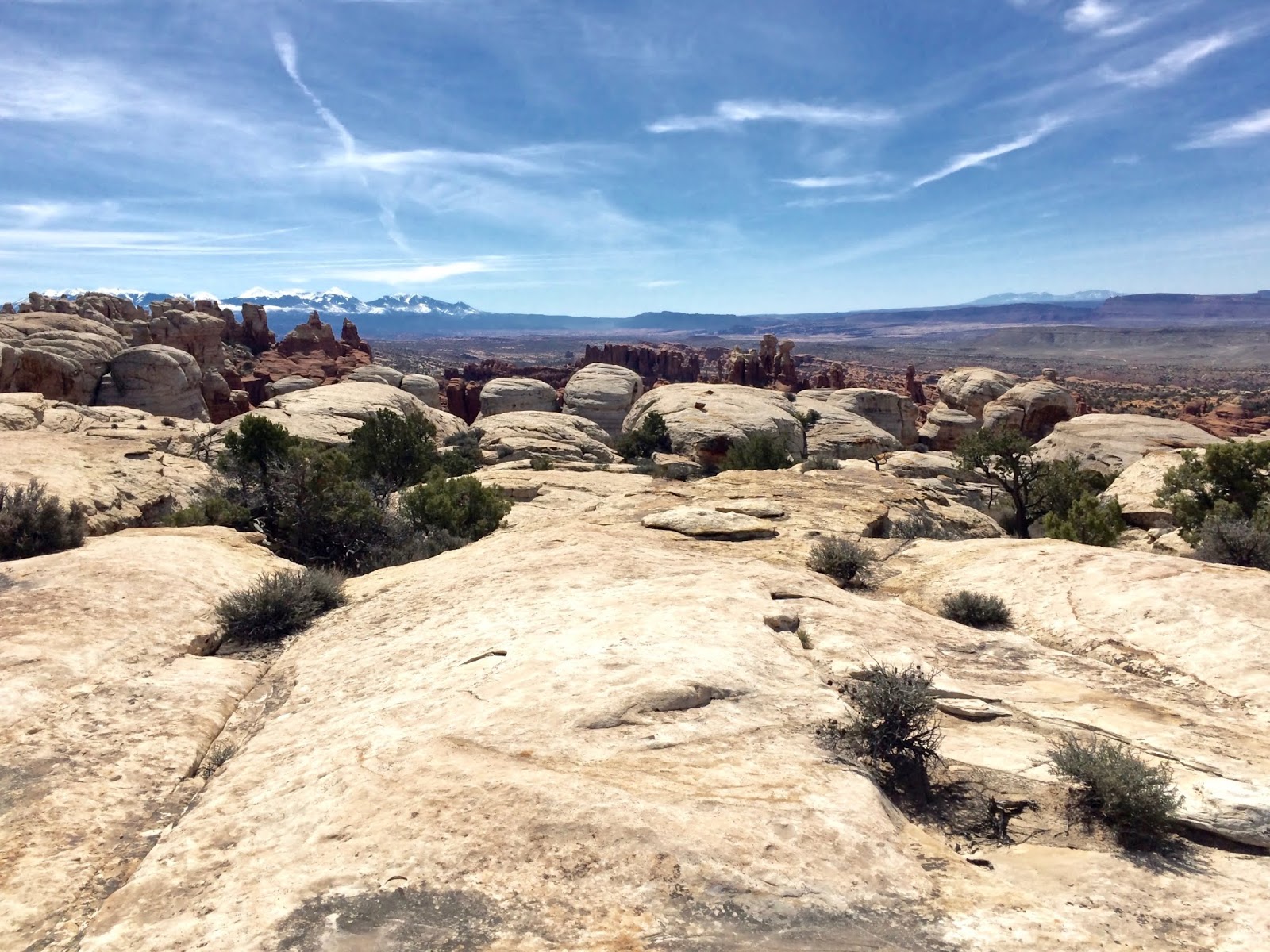 Successful or not, "seeking" has never been so much fun. There's no such thing as failure when hiking through dazzling red rock sculptures in a symphony of solitude.

Even if we fall short of our "objectives" (motivational "what-if-carrots-on-a-stick" that get us out the door every morning), sipping an ice cold Hop Nosh back at Camp Klondike after a day of wandering fins and hoodoos, ready for supper and sleep...well, I can't think of a better way to spend some of our allotted time here on planet Earth.


With a relatively successful probe Back-O-Beyond Tower Arch under our belts (minus a little skin), I was keen to turn that out-and-back hike into a "lollipop," if not a Loop!

What if we tried it from the opposite direction, north, instead of south?

Maybe if we could find the drainage into Big Ass Canyon, bypass the chaos of fins, hoodoos and house-size rockfall that, along with depleted energy reserves, prompted us into turning around...

There must be a way...somewhere beneath the impenetrable White Capped wall lies a way.


What we didn't know at the time, though, is there's another even bigger Big Ass Canyon on the other side of the White Capped fins and hoodoos, one that, henceforth, rendered Big Ass Canyon to Little Ass Canyon. This place is geographically challenging! The canyons between fins alone often turn into a hodgepodge of dead-end slots, such that we tend to get swallowed up, only to be spat out like some Jonah from the belly of a whale. It's beyond difficult...approaching impossible...to navigate from bottomless bellies of canyons. I mean, can we even find a way through that mess in the above photo?

We need a drone...something to give us an arial view.

Or...find a way up on top of those sandstone White Caps!

But how to get there?

Bobbie pulled out our small print map and magnifying glass. She found a tiny black line (trail? road?) splitting off from the Klondike Jeep/bike trail. Though it appeared to be a dead end, it looked like our best shot at getting up on top of the White Caps for a better view.

With hiking muscles still sore, we decided to bike as far as possible, then hike. Eventually, Klondike Trail led us to the split-off...something we'd biked right by dozens of times over the years, assuming it was some old road to a defunct uranium mine, which it was. But it also led us to a trail, a trail up to the White Caps that overlooked our "predicament."

After a long uphill "hike-a-bike," we reached a fence with a gate:  "Arches National Park: No Bikes Beyond This Point." Of all things there was a bike rack, big enough for a dozen bikes.

Aren't you glad we pushed our bikes up here, Bobbie? 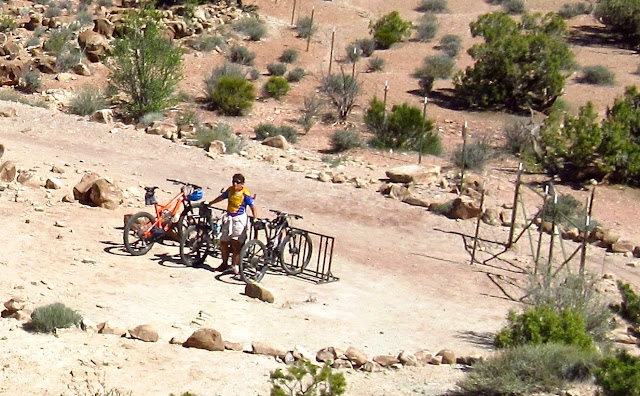 We parked our bikes and passed through the gate, unsure of where this trail would lead. But is was "new," so who cares. Let's see where it goes. 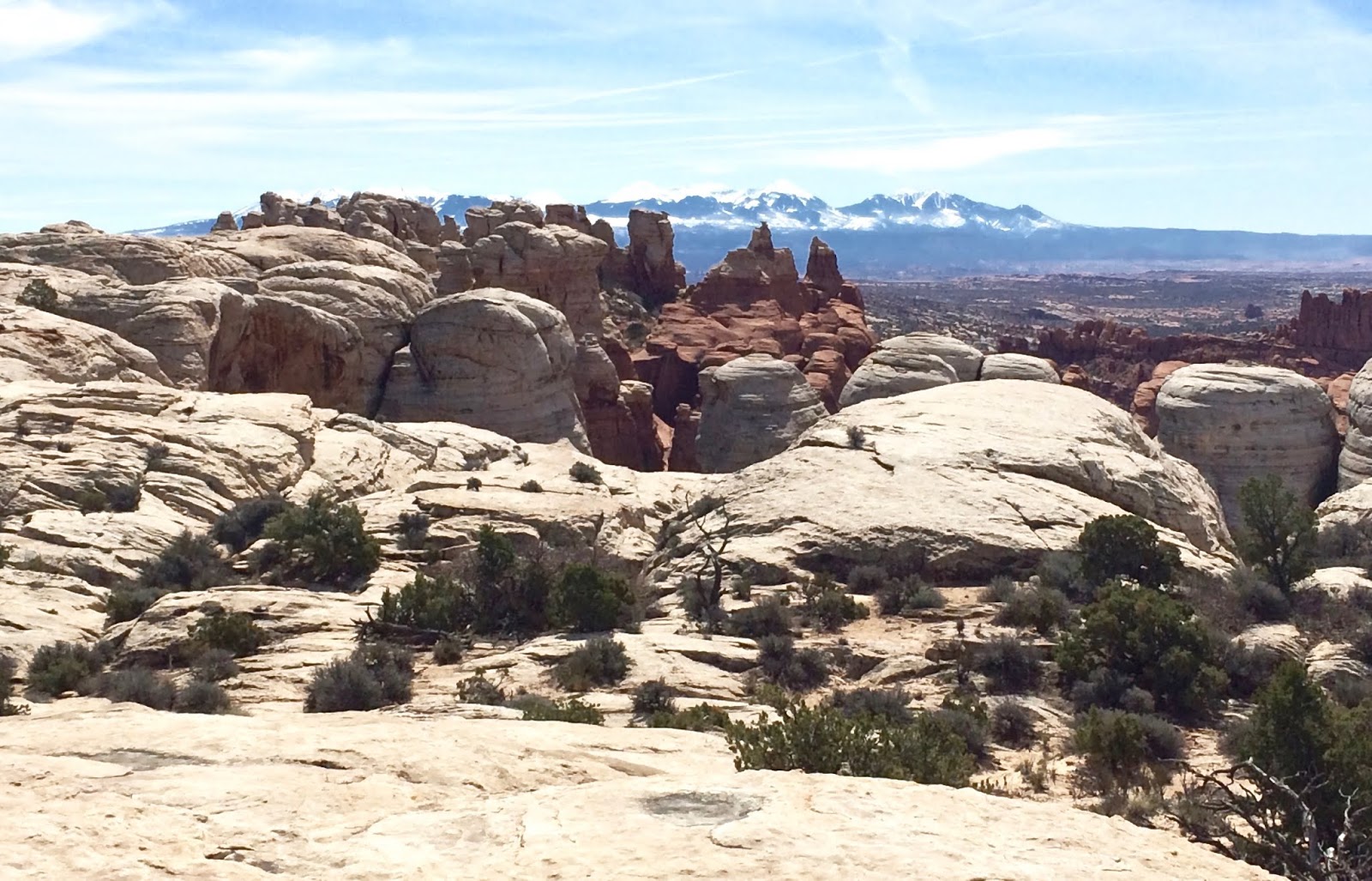 Oh my God! We were on top of the seemingly impenetrable White Caps, as seen from our turnaround point beyond Tower Arch.

Perhaps this birds eye view will unlock a few secrets regarding a way out from beyond Tower Arch. 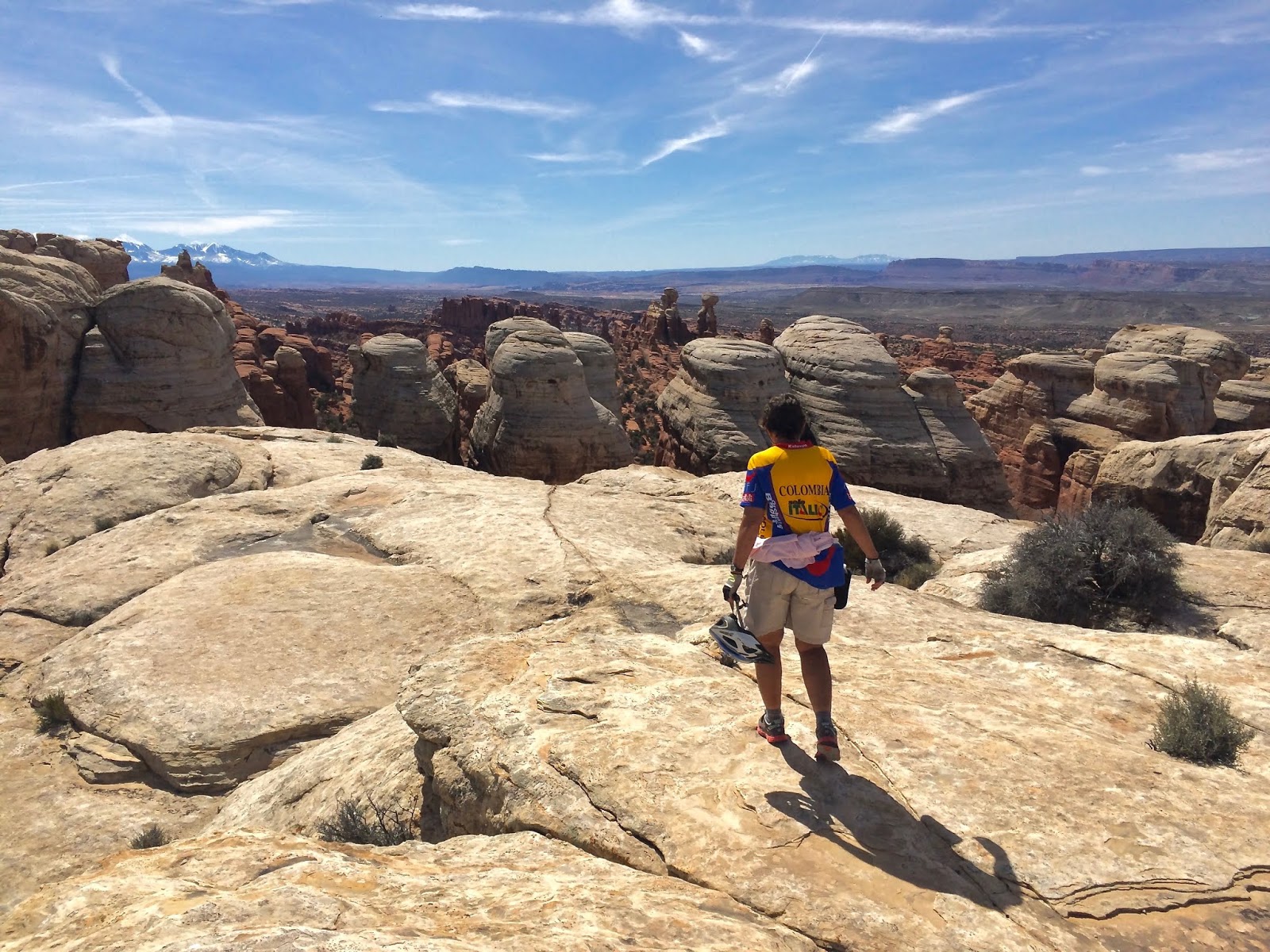 We navigated White Capped sandstone, tiptoeing to to the very edge of Big Ass Canyon. But it was hard to see into the the next canyon. We worked our way west, outcropping to outcropping. Finally, a view of the familiar bobble-heads that marked our course through "The Crack" beyond Tower Arch. We scrutinized the maze for an escape route from our stopping point beyond Tower Arch...and how in the Hell to get out of there... 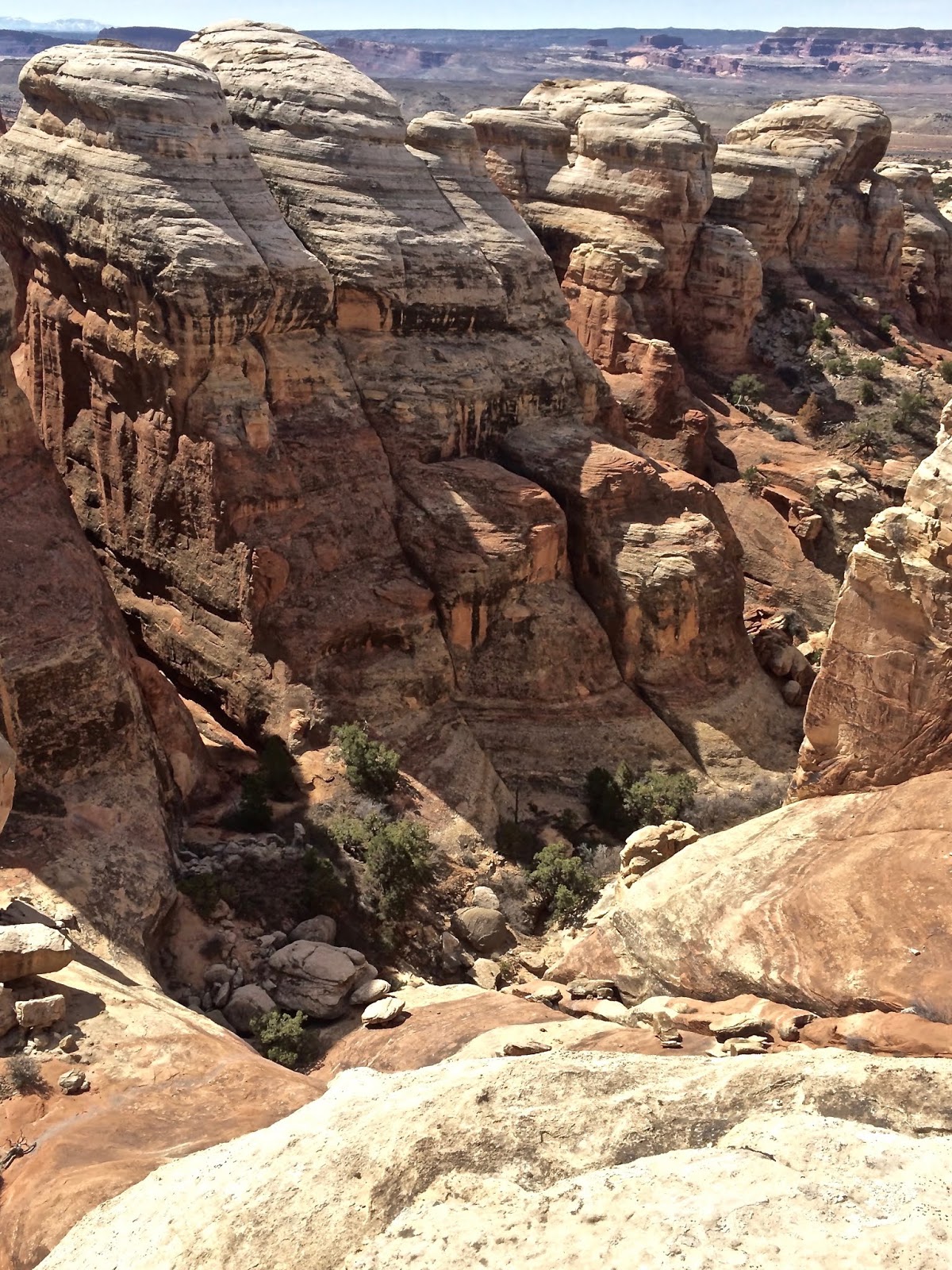 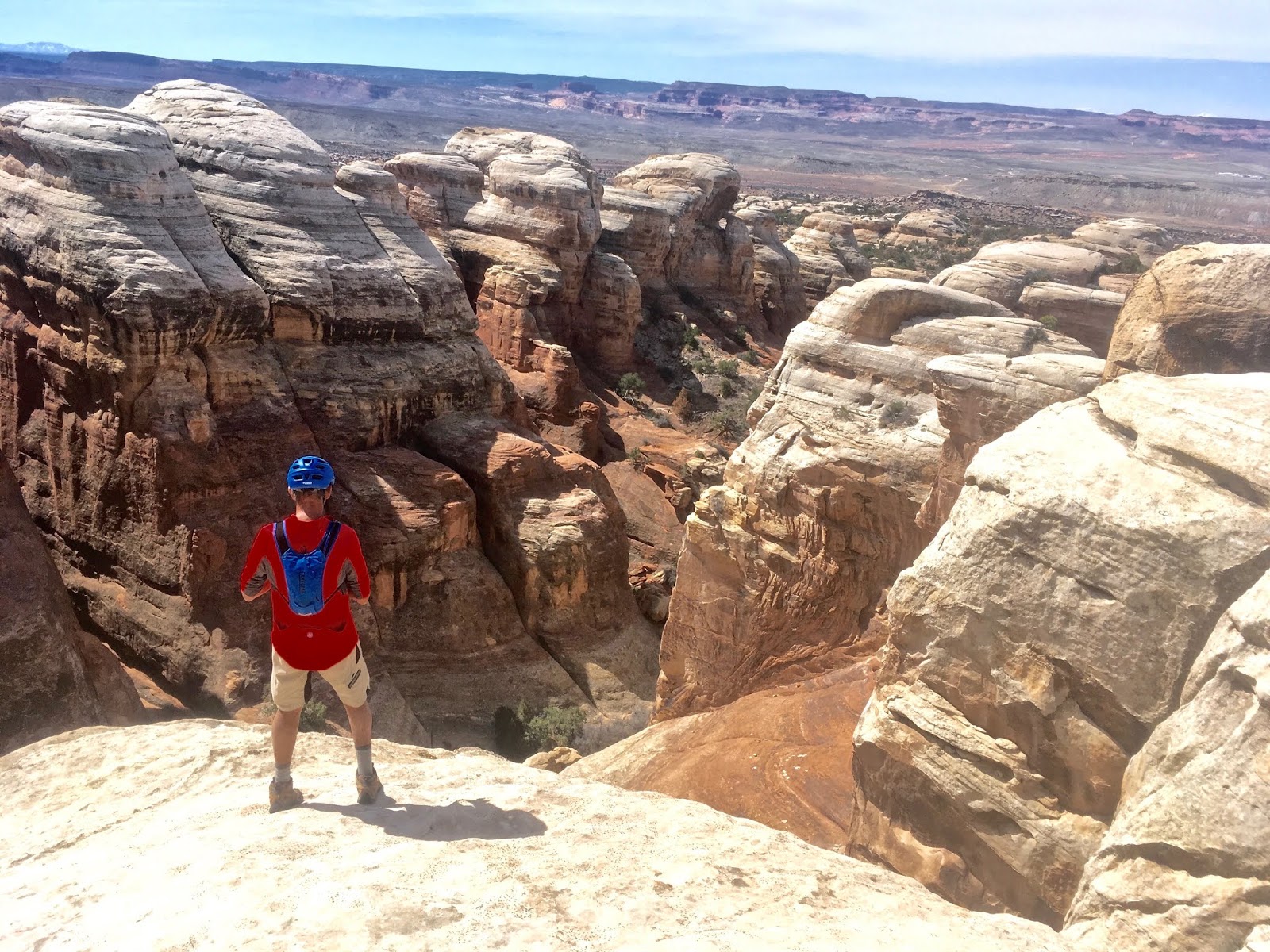 More photos from atop the White Caps above Big Ass Canyon... 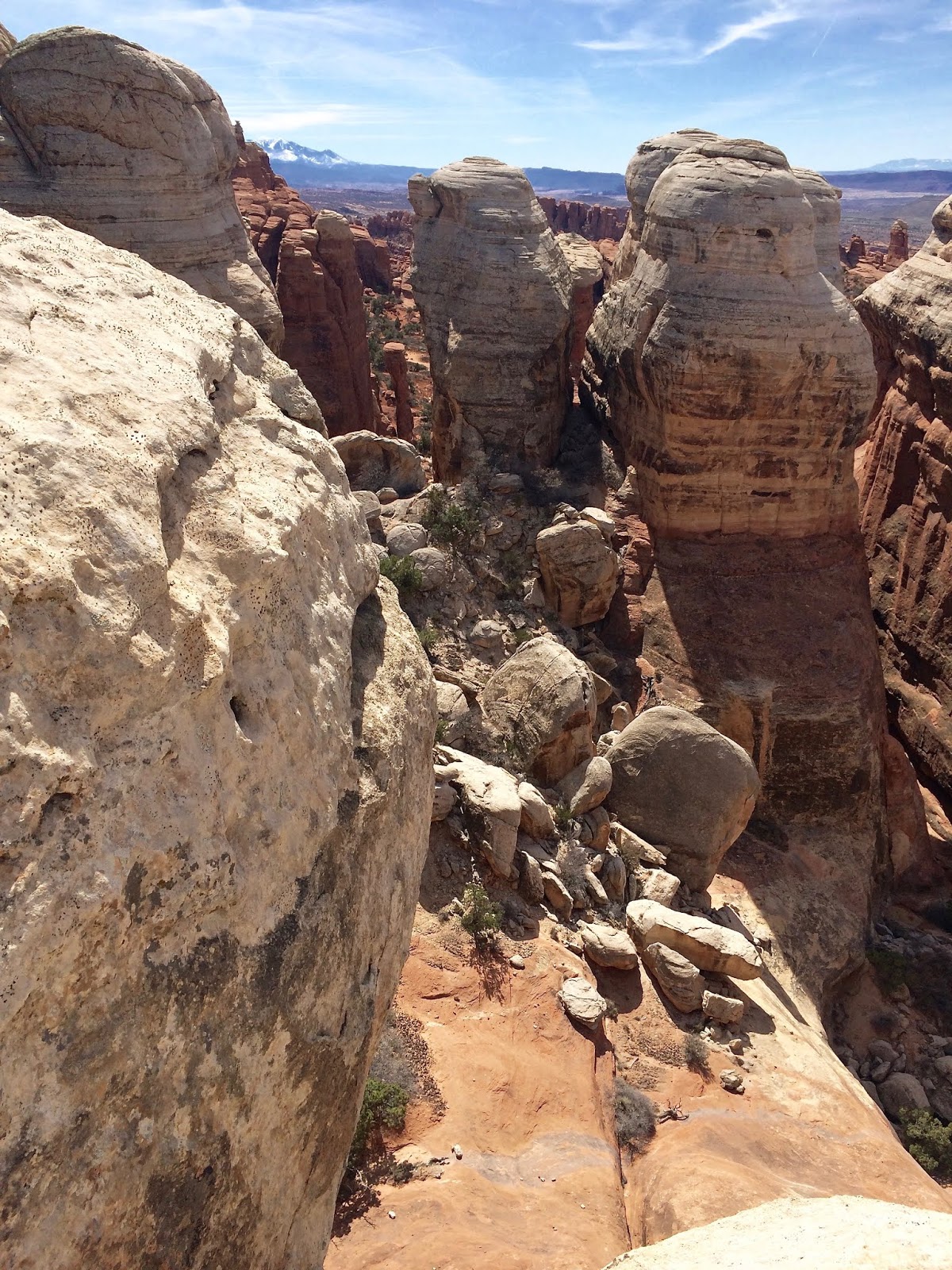 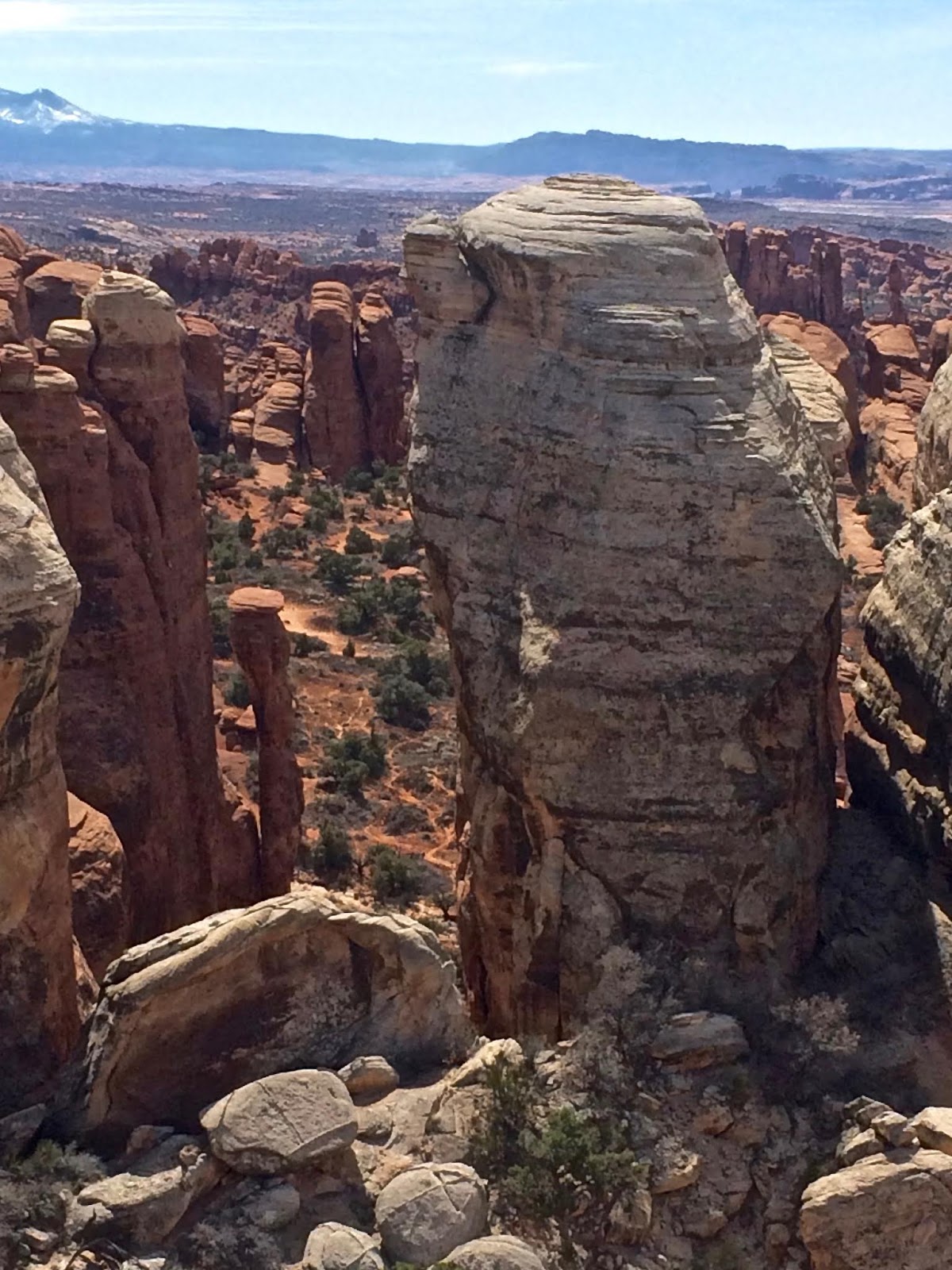 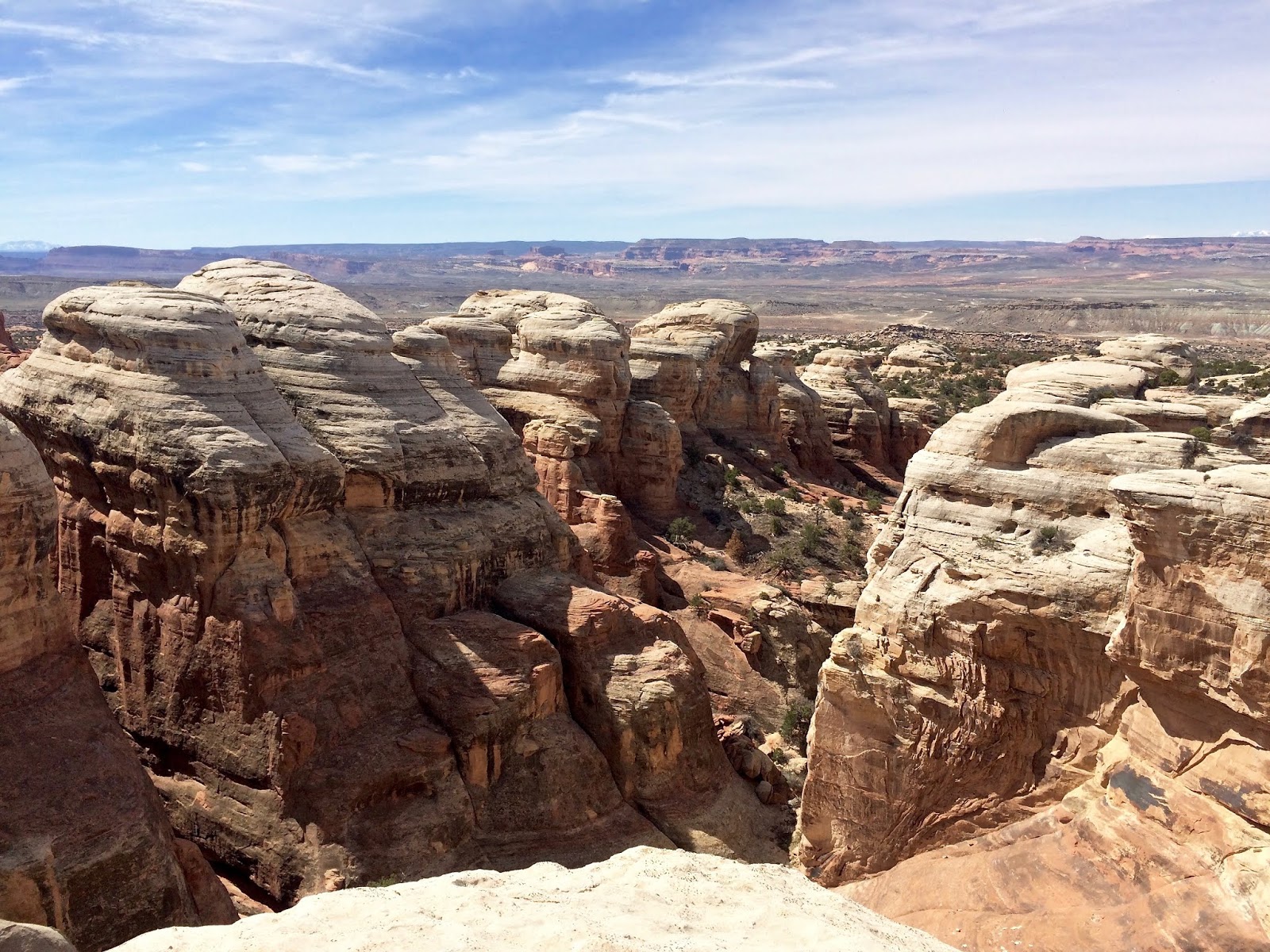 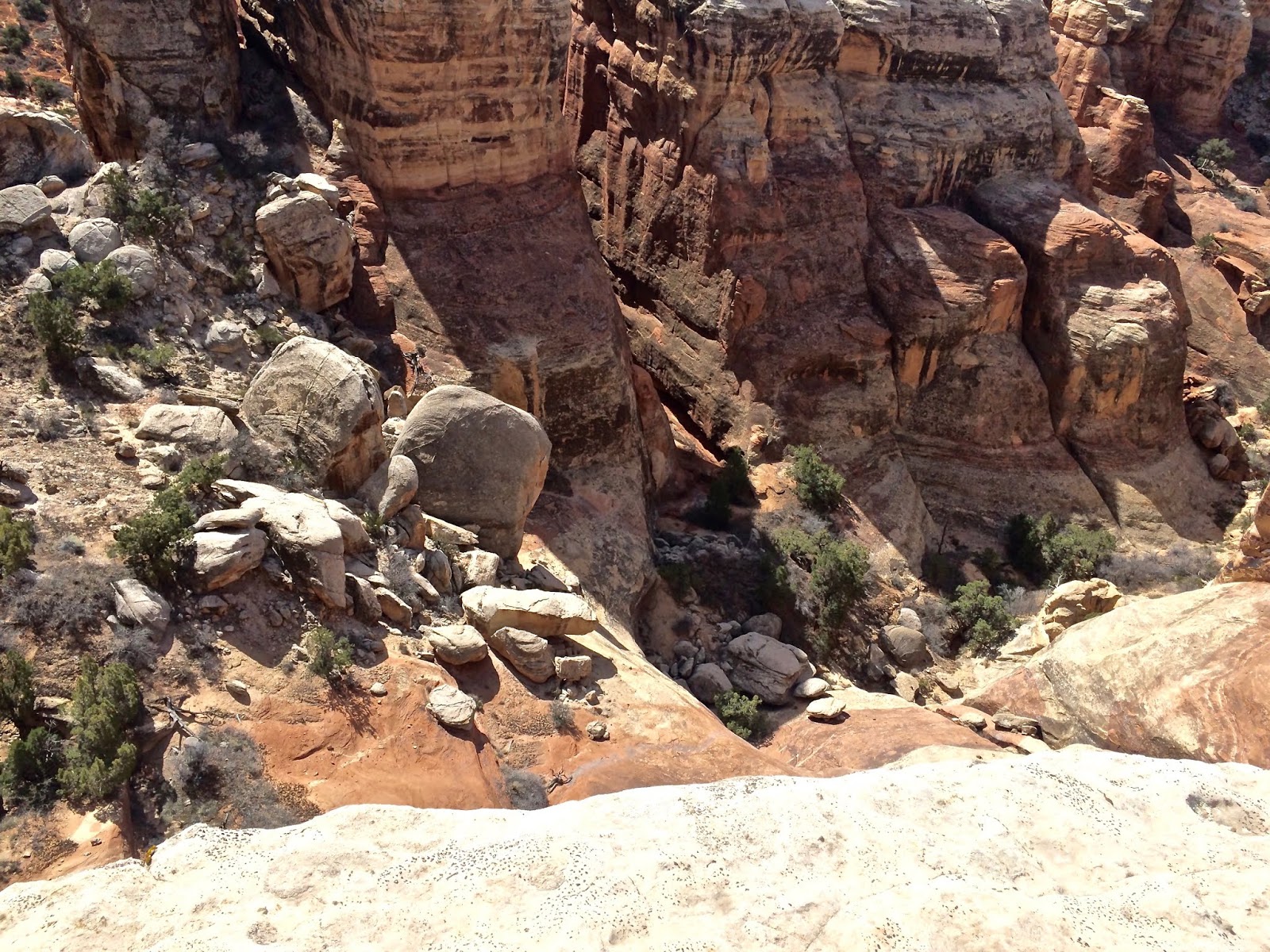 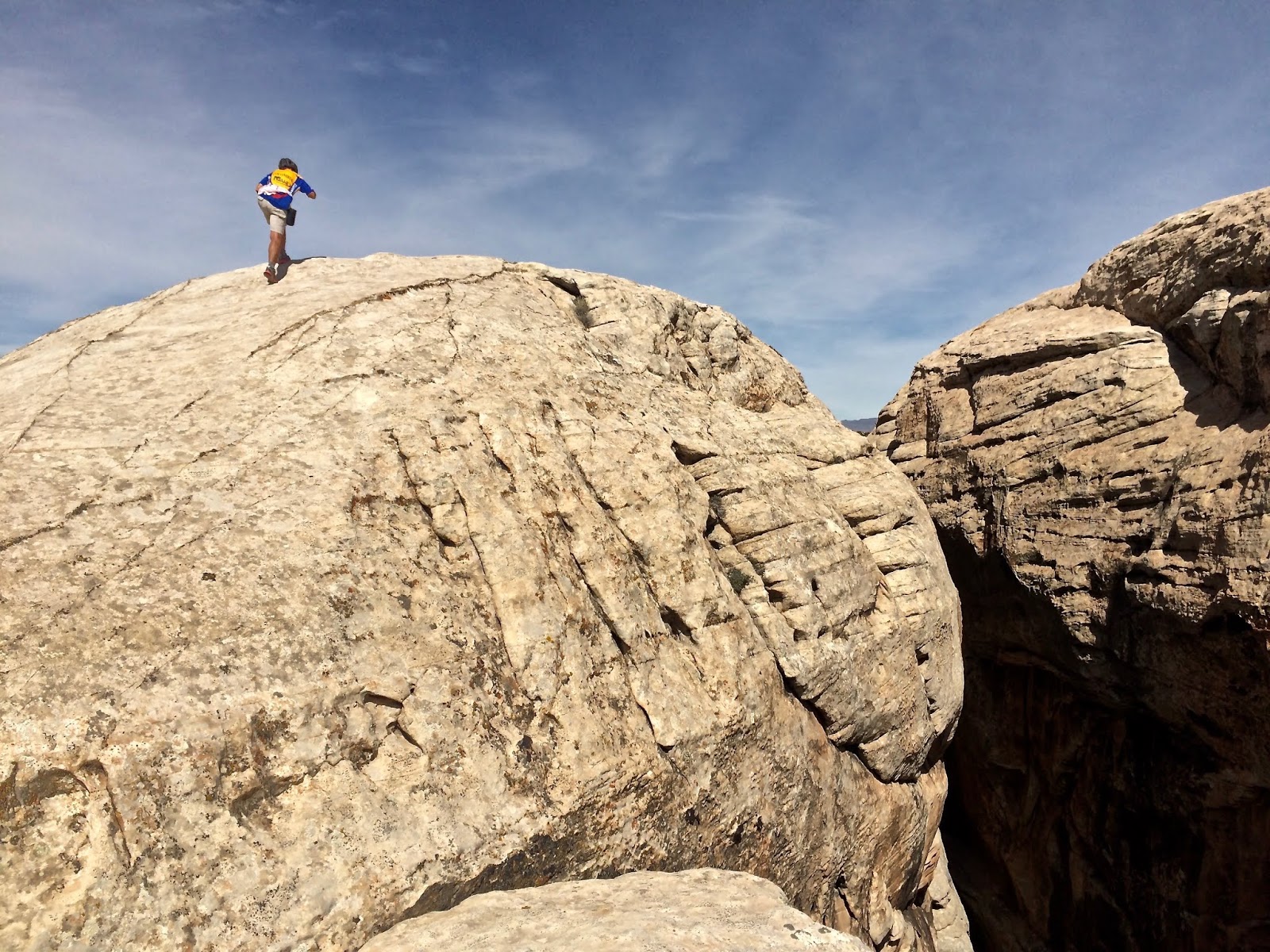 We maneuvered to various White Cap outcroppings...trying to get a better view beyond to Little Ass Valley. Below is the best view we managed, enough for us to believe that a "loop"  was possible.

Our route went between the Bobble-Heads left of center...and out onto one of many "tongues" or "catwalks" that extend down into the Valley. 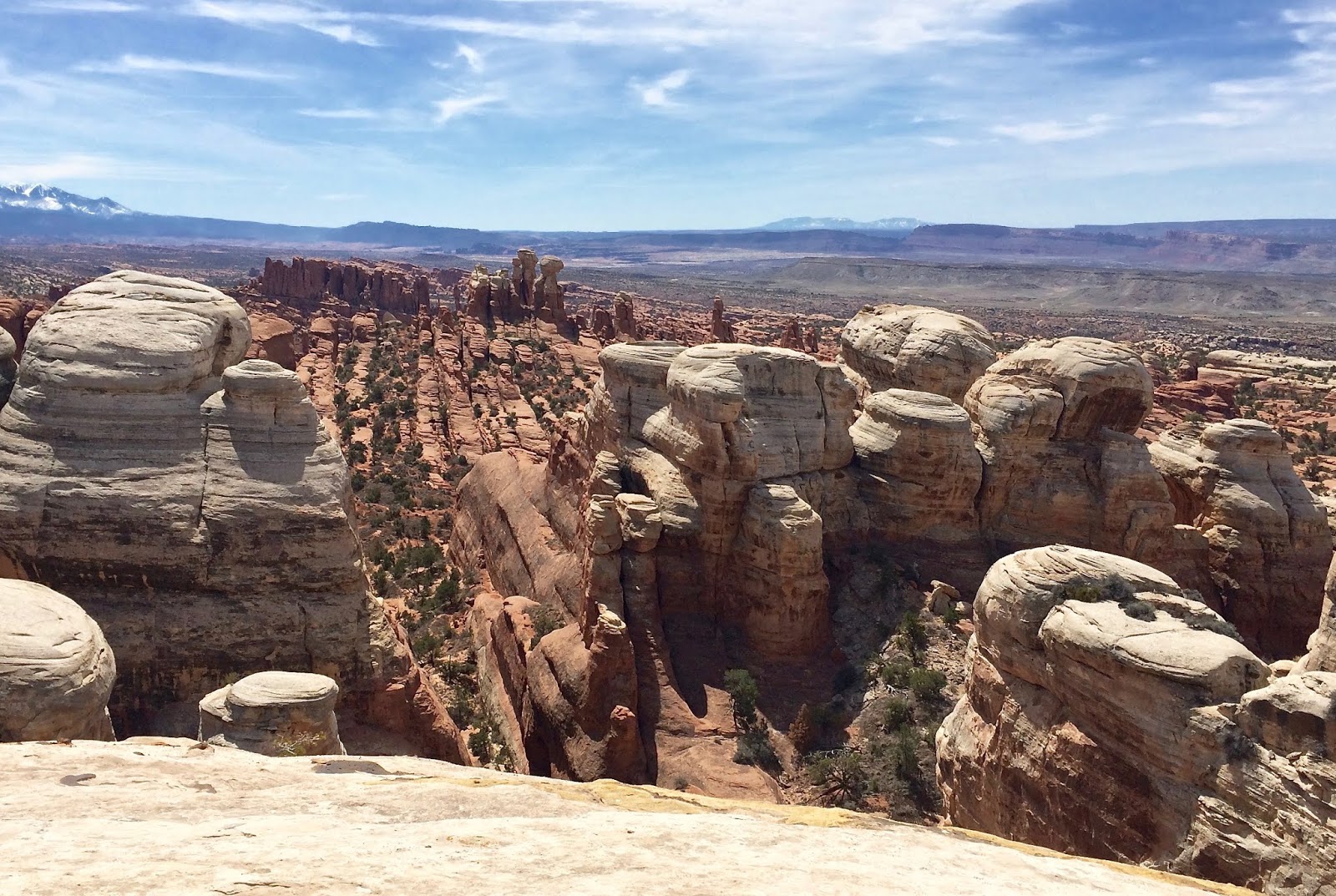 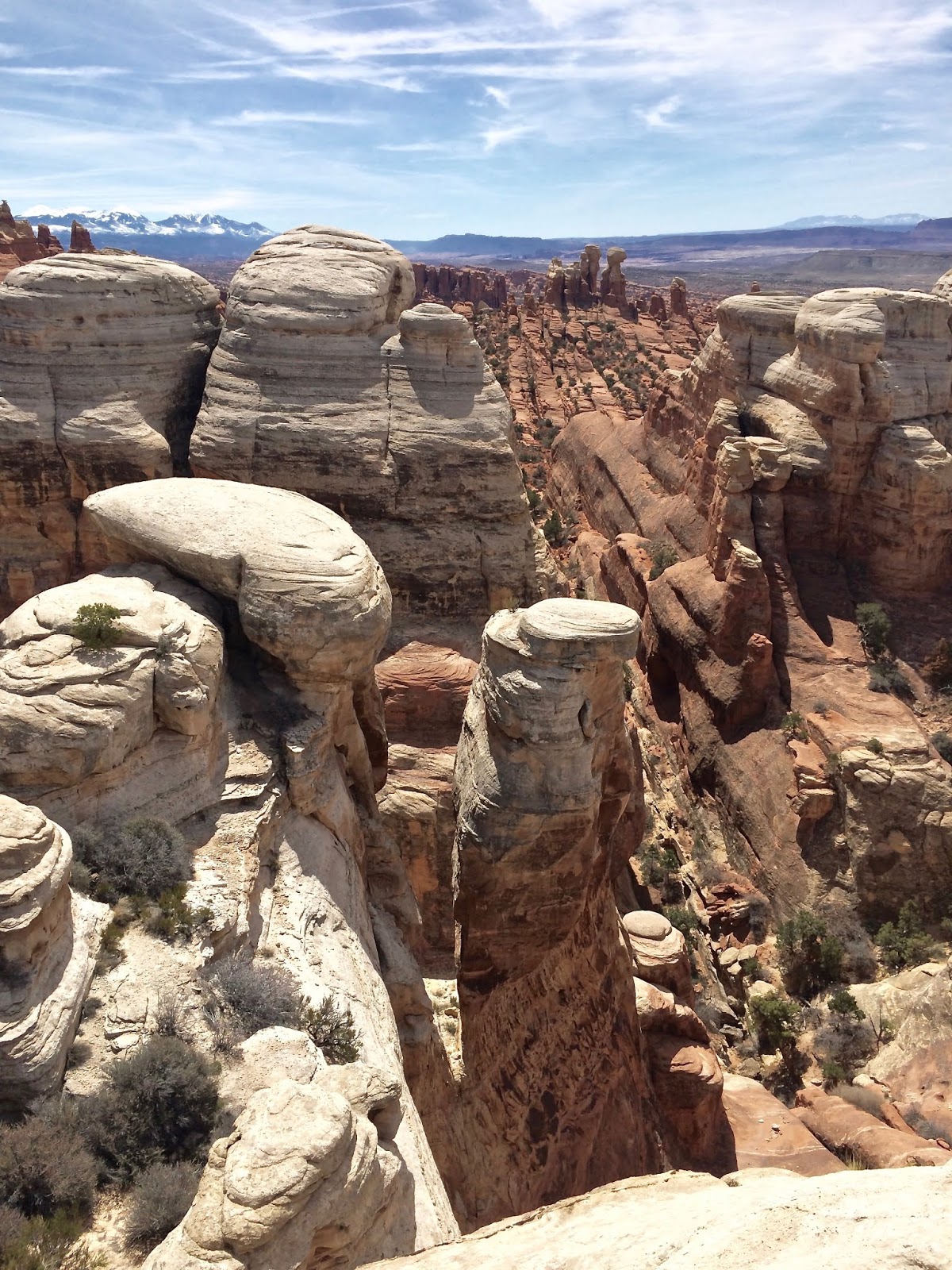 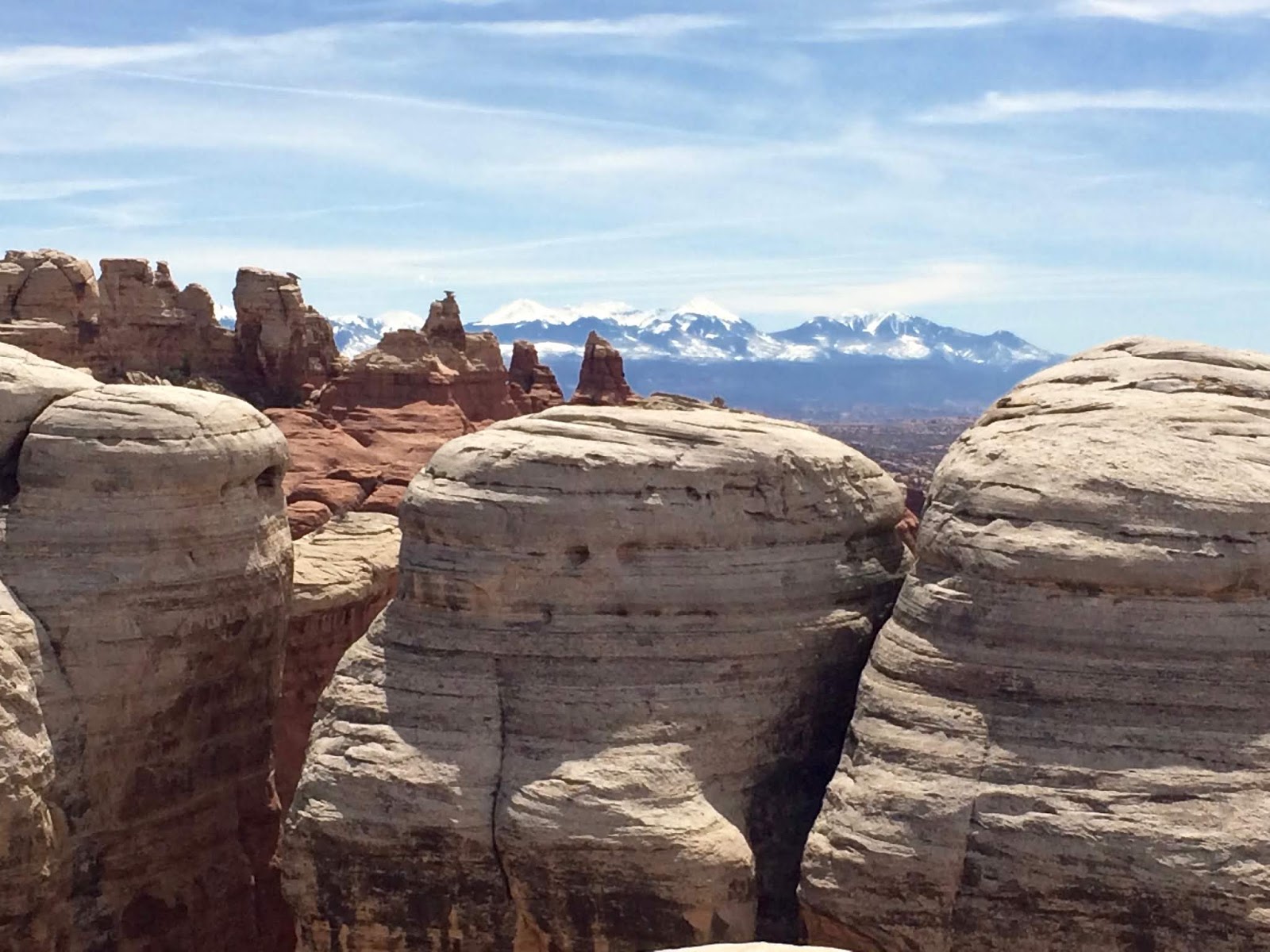 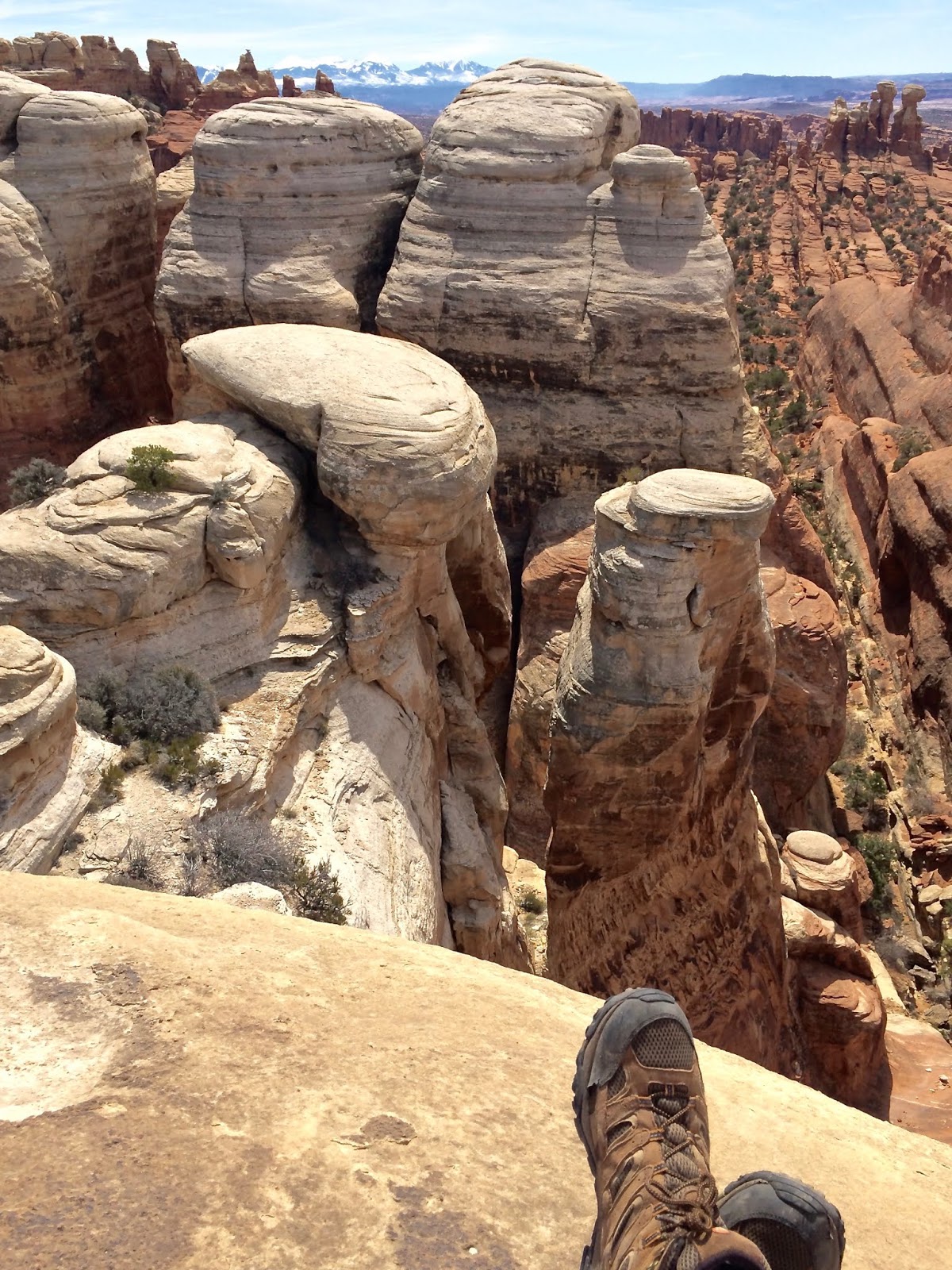 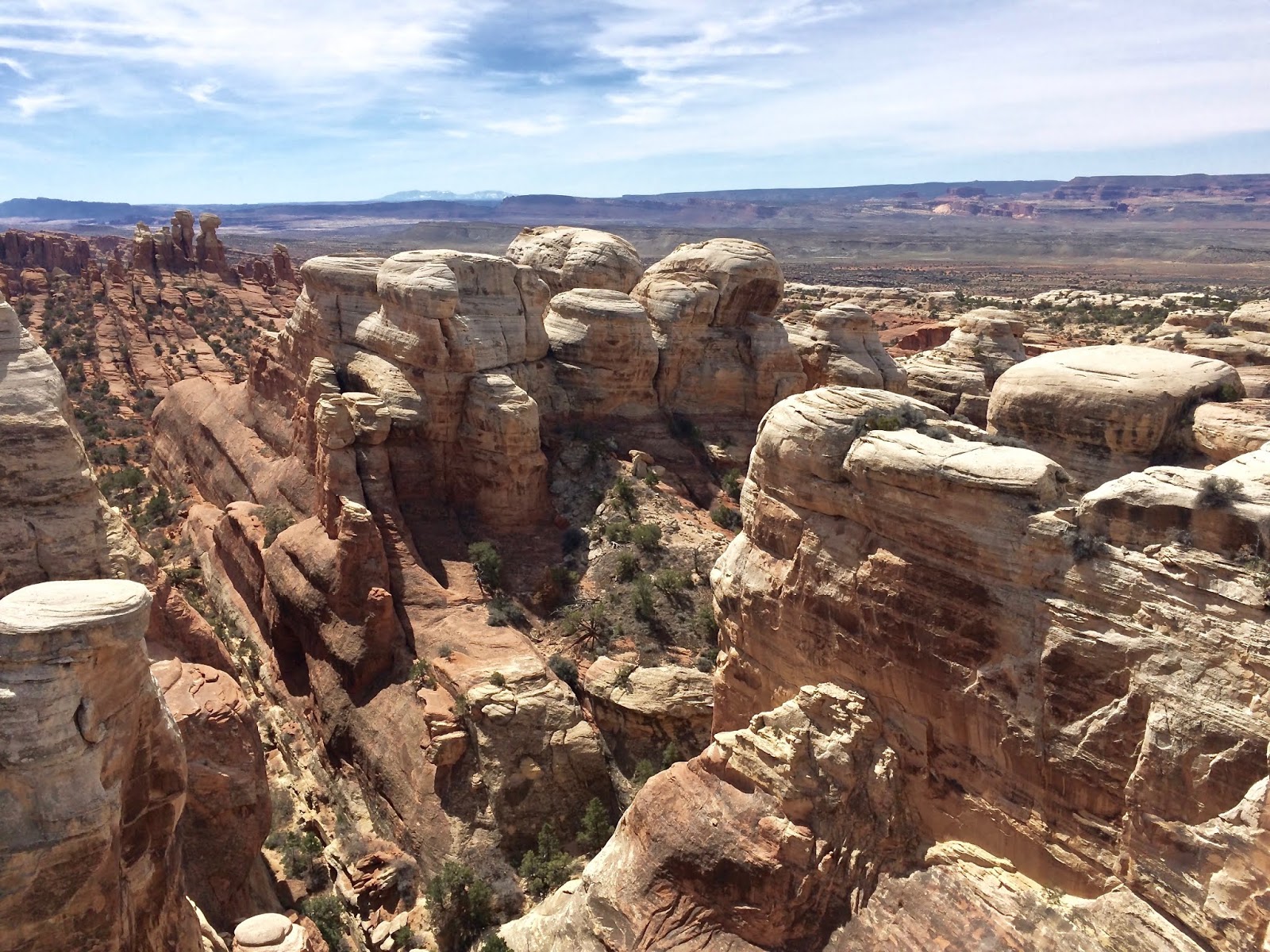 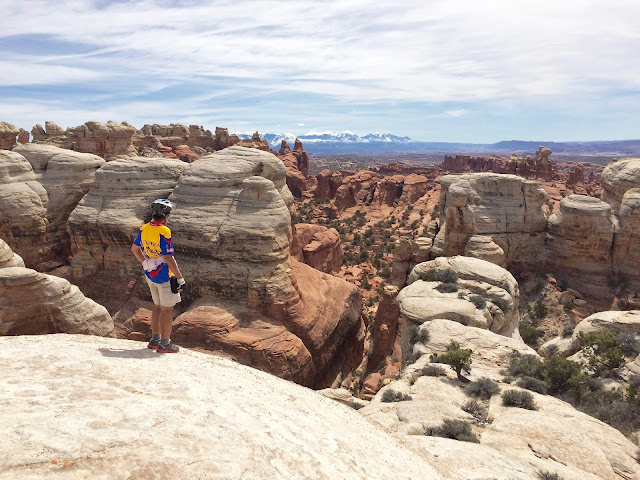 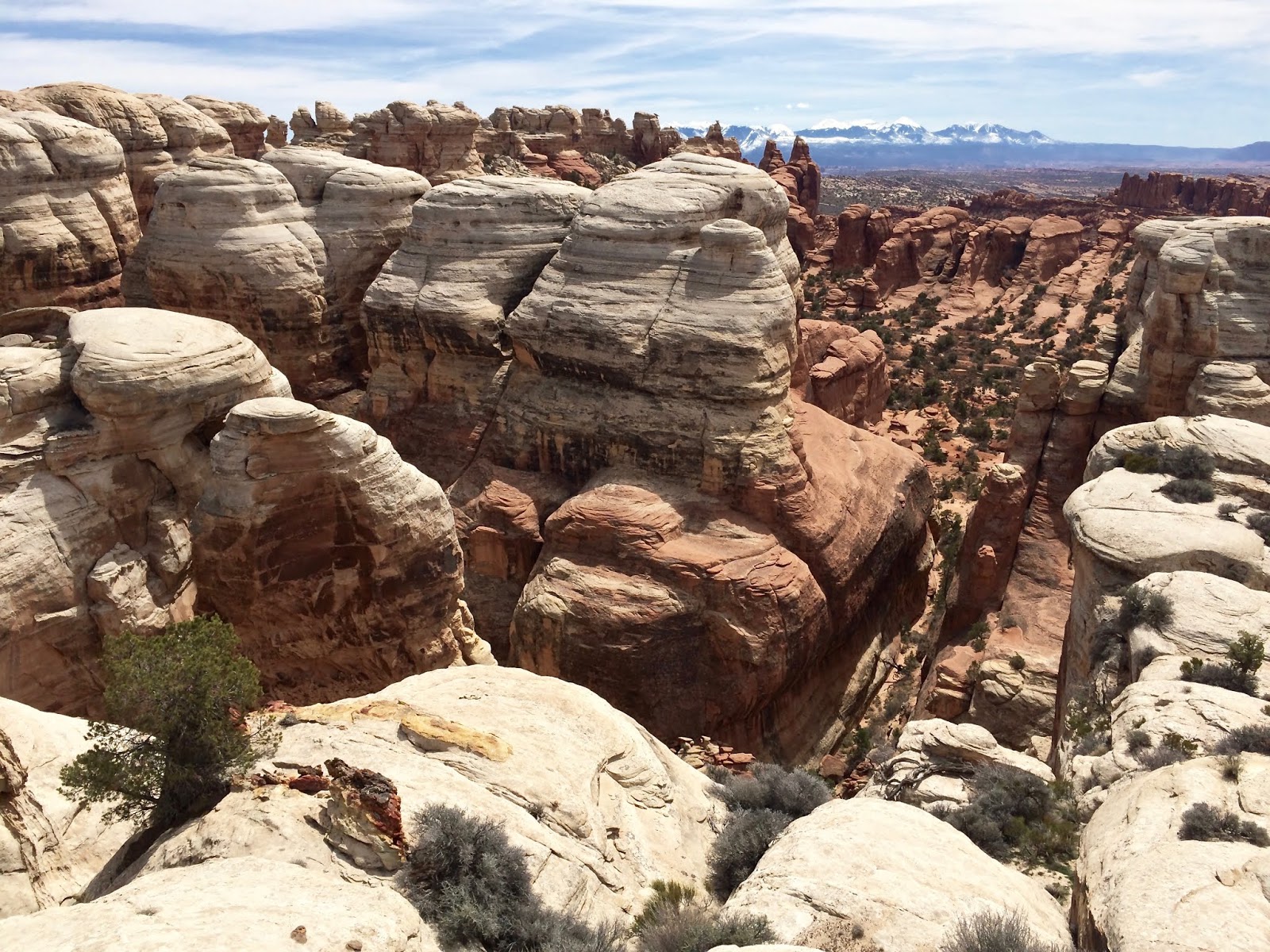 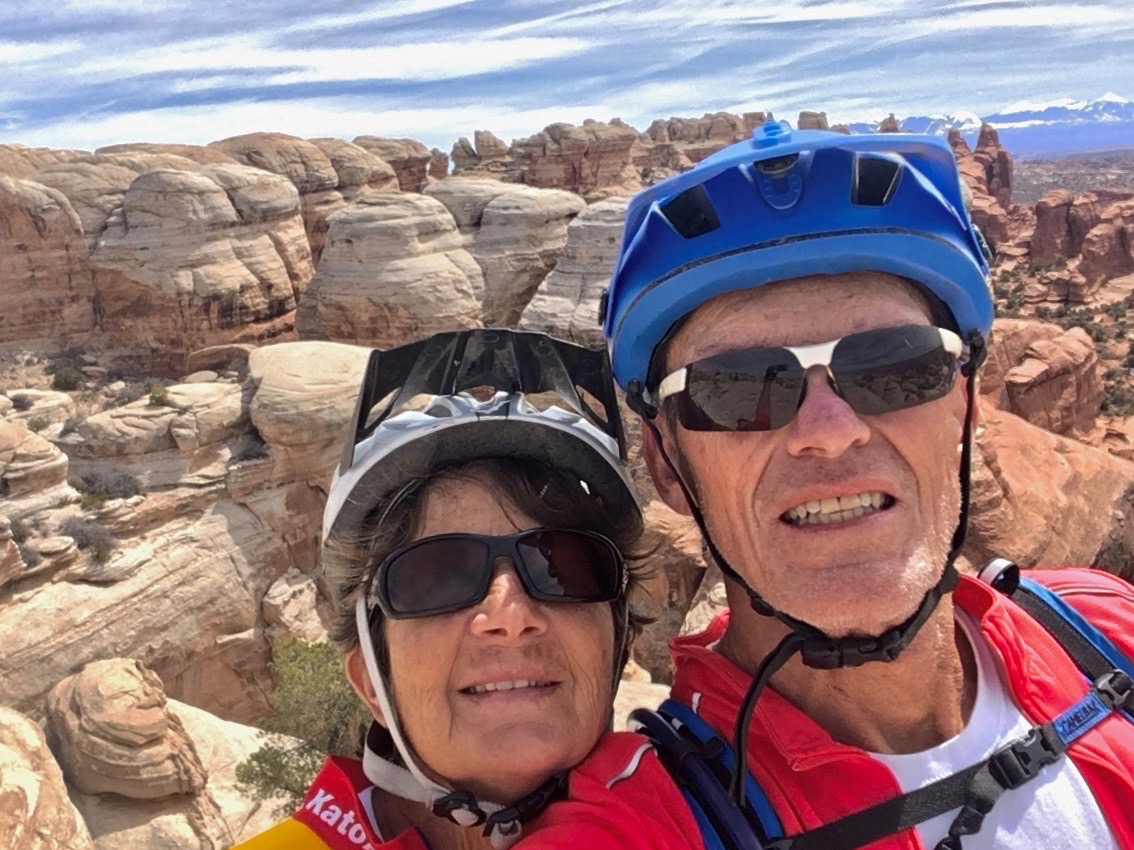 Time to head back to camp. Mission Accomplished? I think so. I guess time will tell... 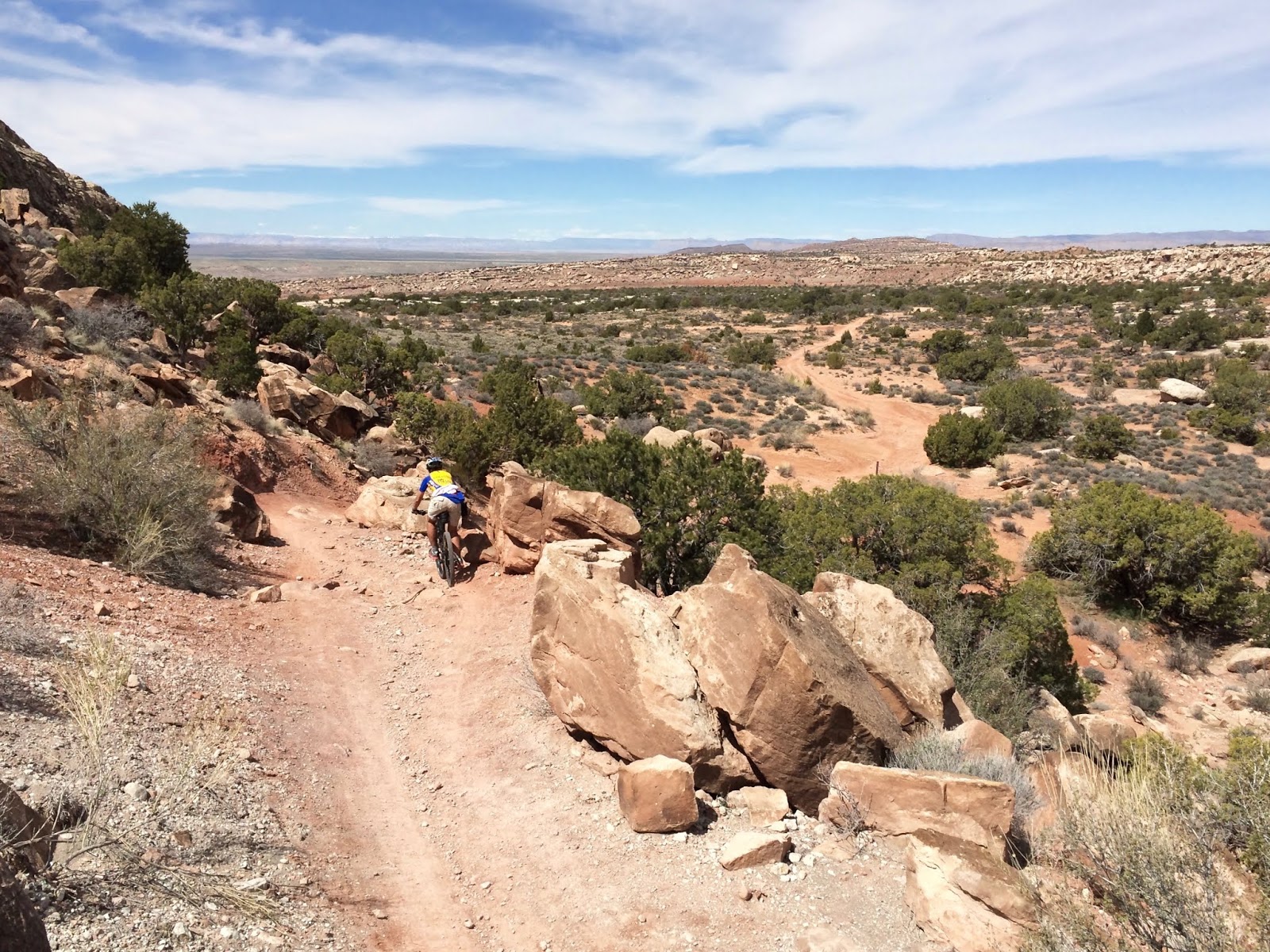 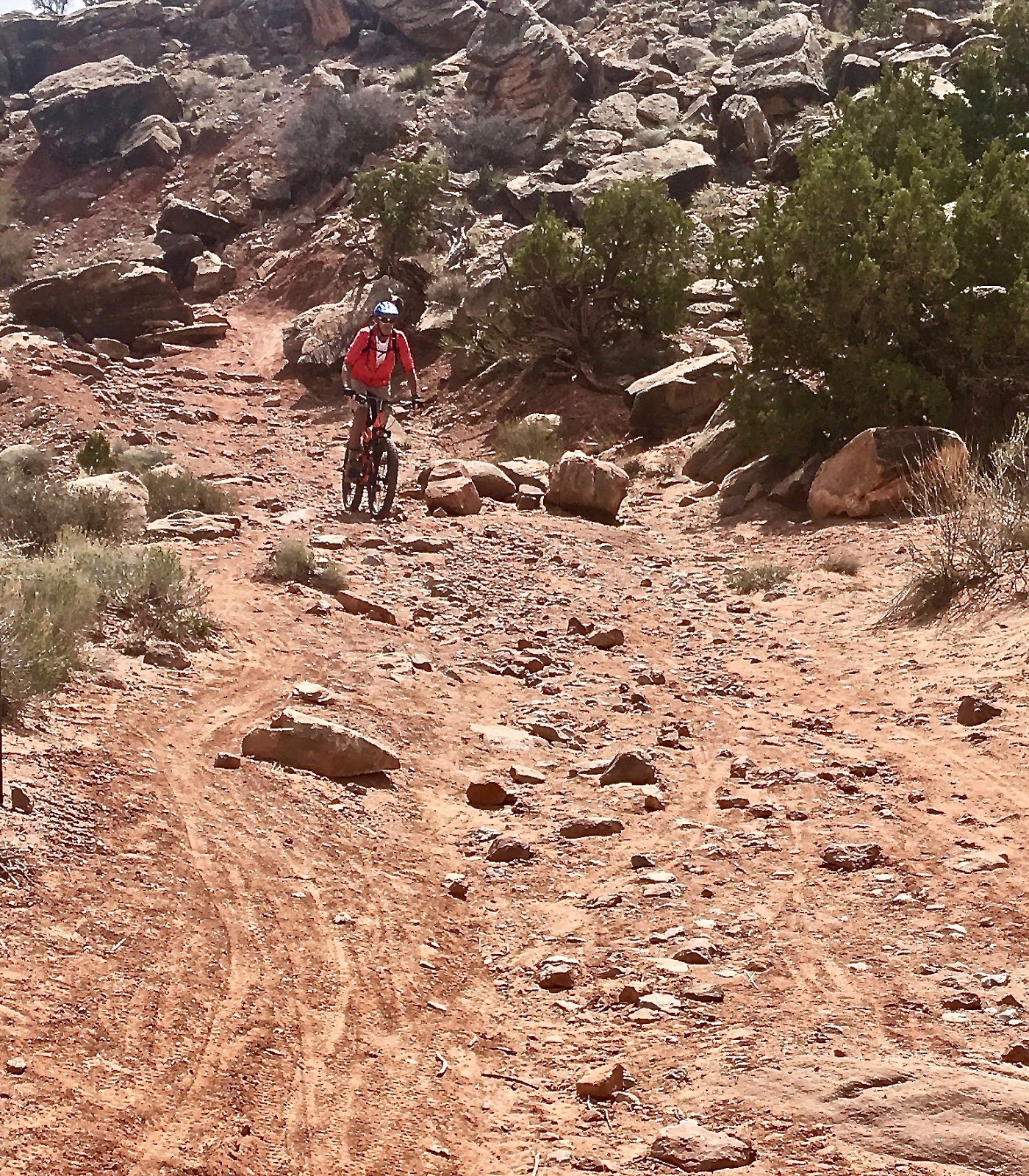 Posted by Box Canyon Blog.com at 9:48 AM