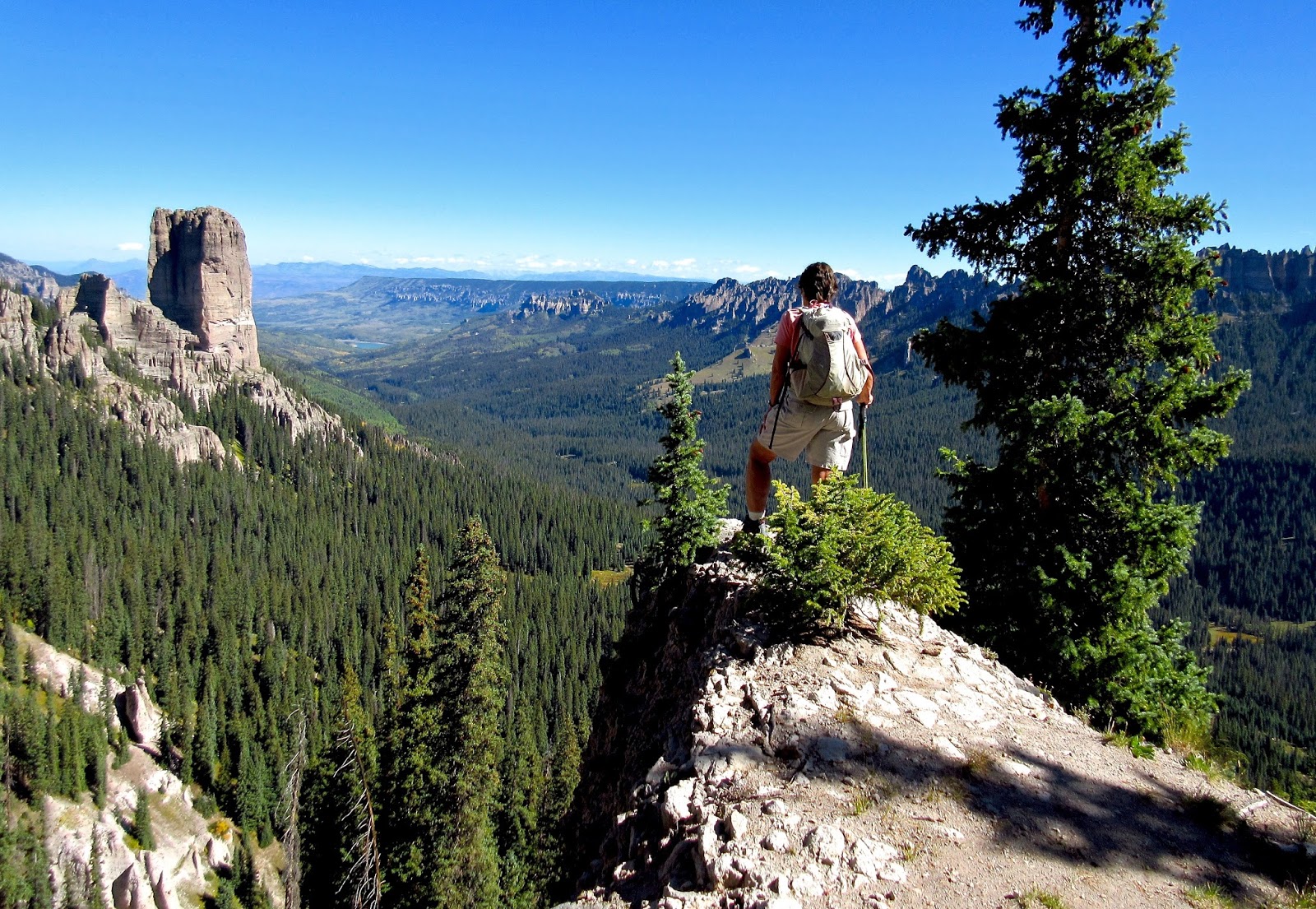 There are certain hikes that one never tires of repeating. For me, Courthouse Mountain is just such a hike...particularly this time of year.

Though initially a deep woods-hike, Courthouse Trail eventually breaks free from its mantle of gloom and soars like an eagle aloft, with wide-angle far-view rewards that photos fail to do justice.

What Courthouse Trail lacks in mileage is made up for in verticality. Right out of the "gate" you sense achilles tendons stretched to their max and a little soft burn in the bum. It's a Stair Master...only outdoors instead of in front of the "boob tube." 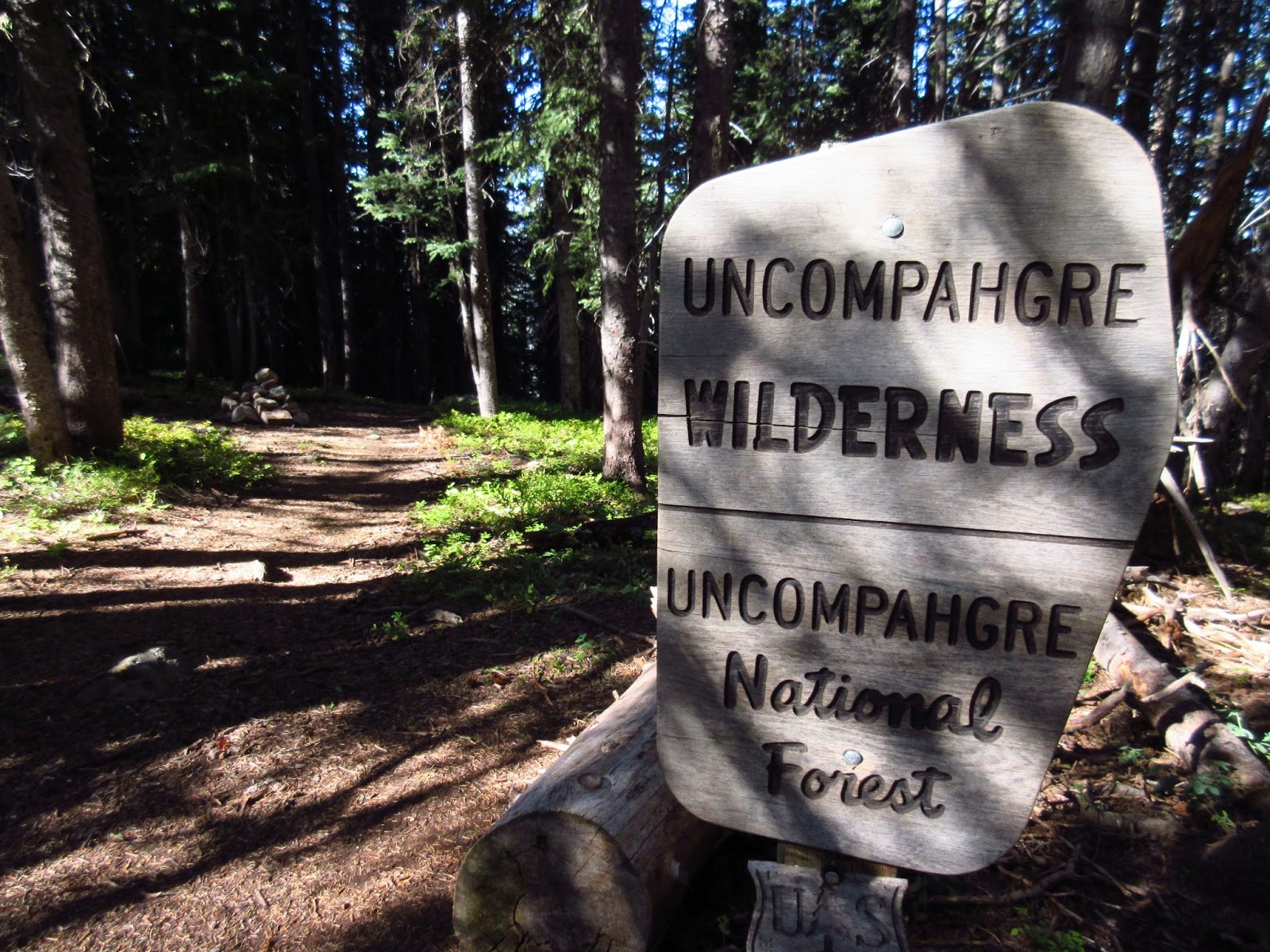 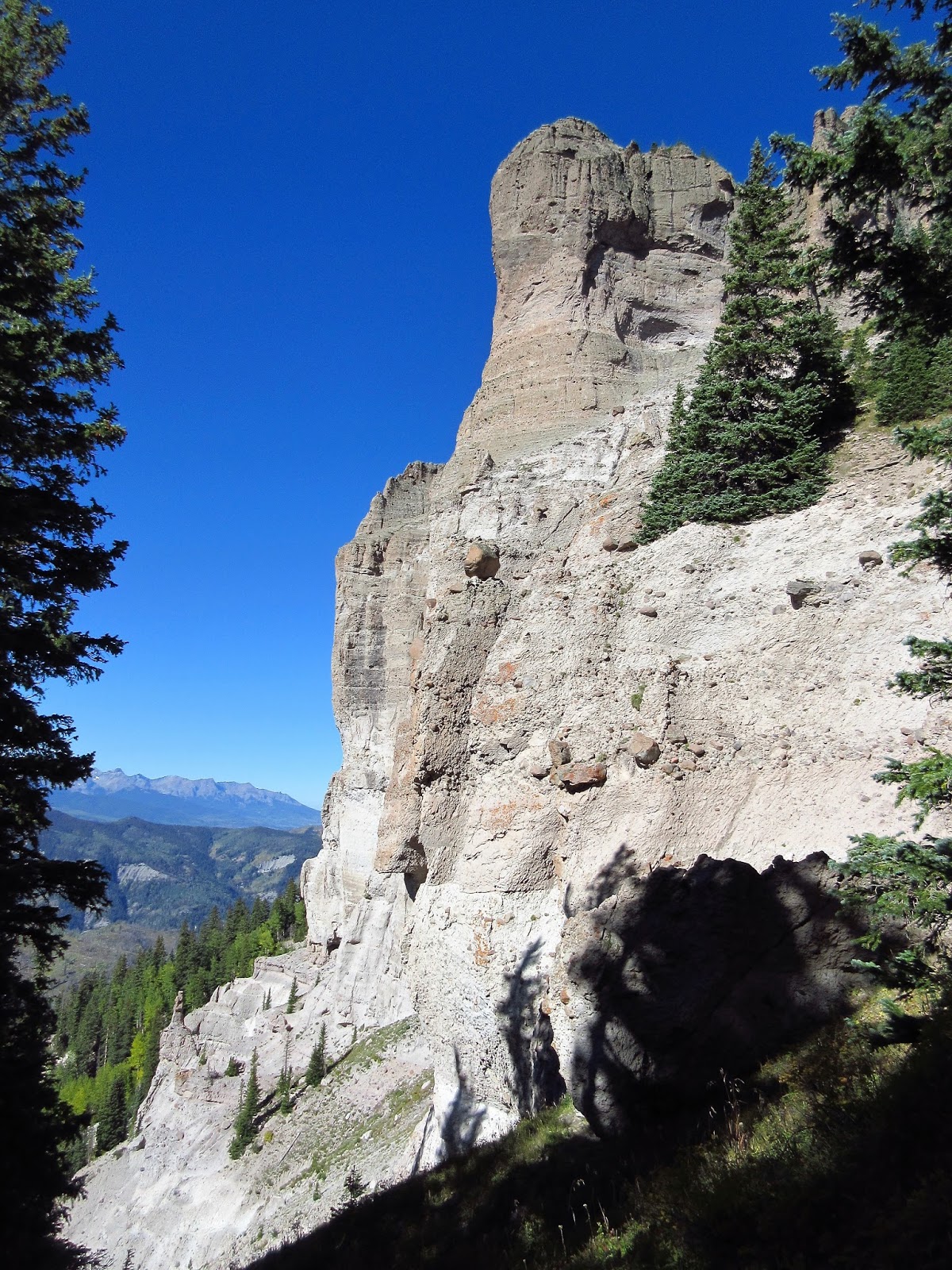 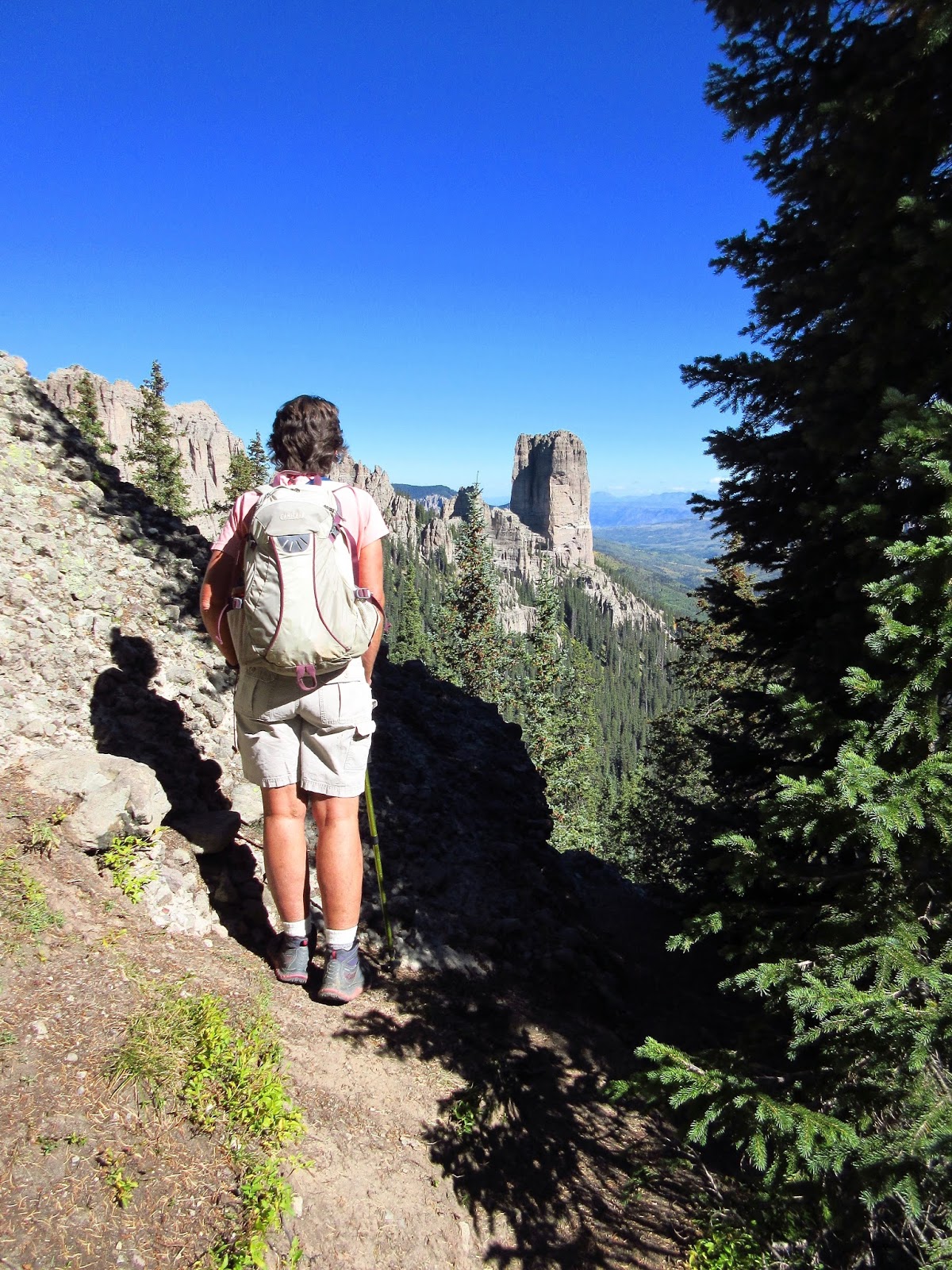 Sprinkled along Courthouse Trail are unobstructed and inspiring views of the monolith, Chimney Rock. I must have a thousand photos of Chimney, and still can't resist adding a dozen more to the collection. I beg your indulgence... 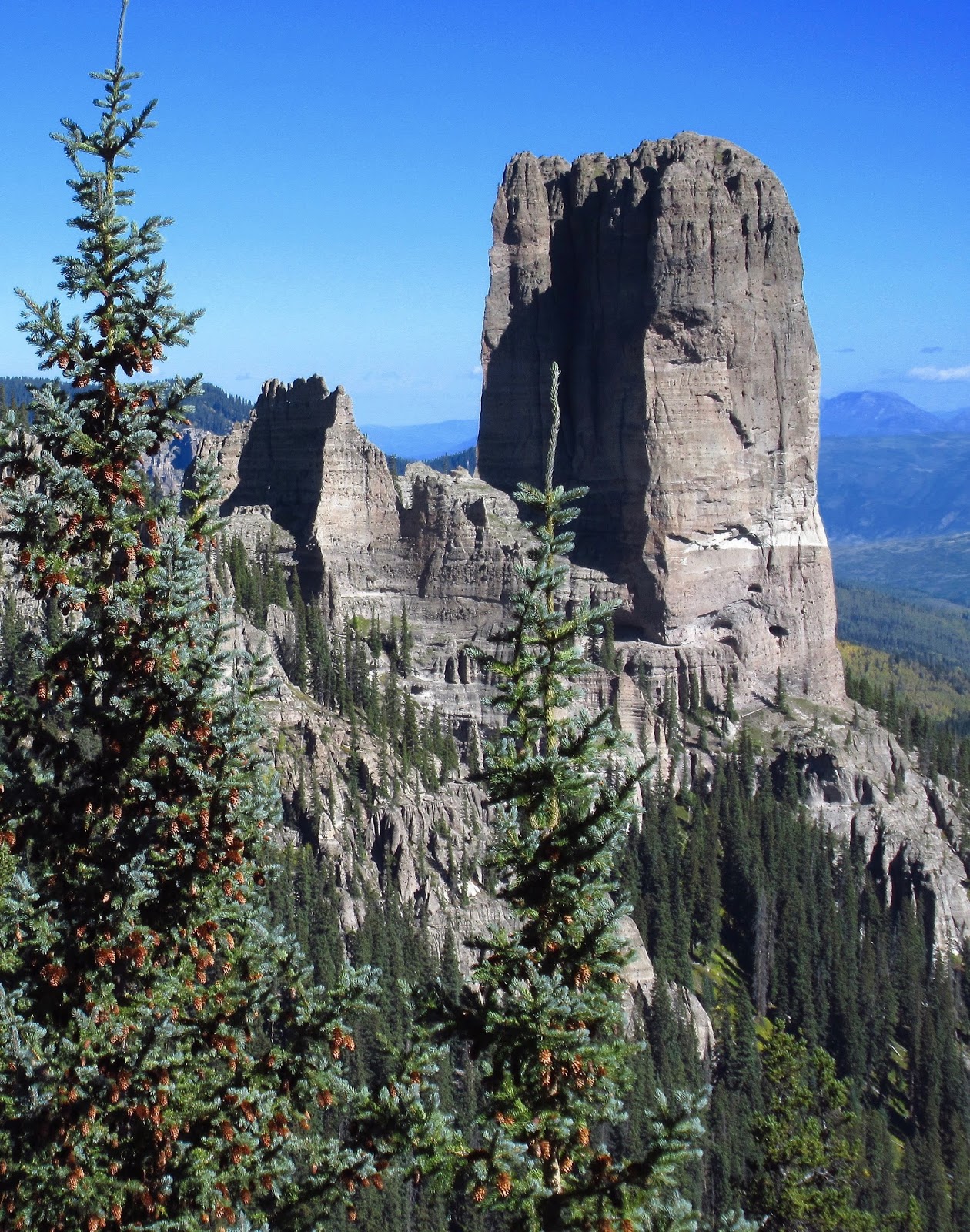 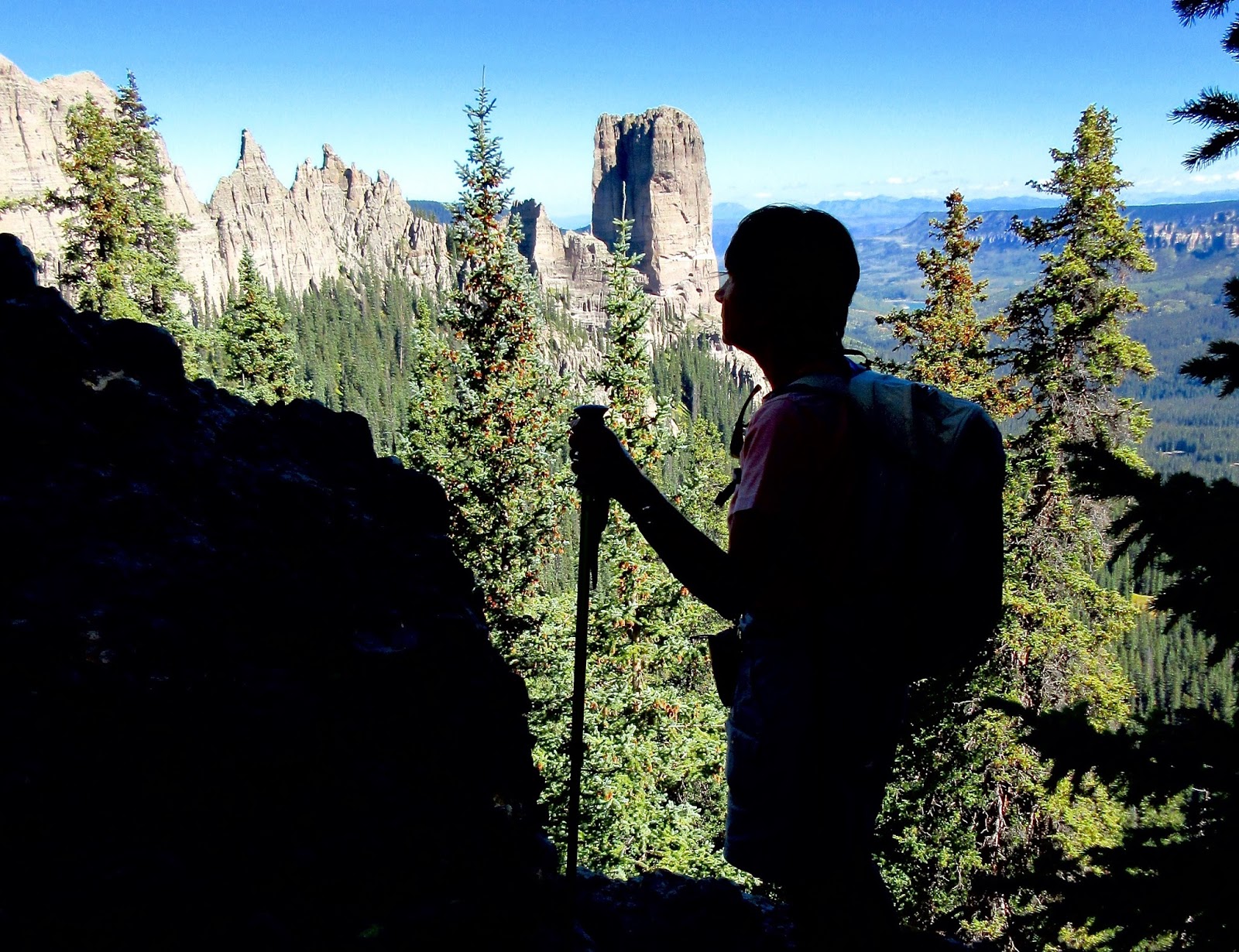 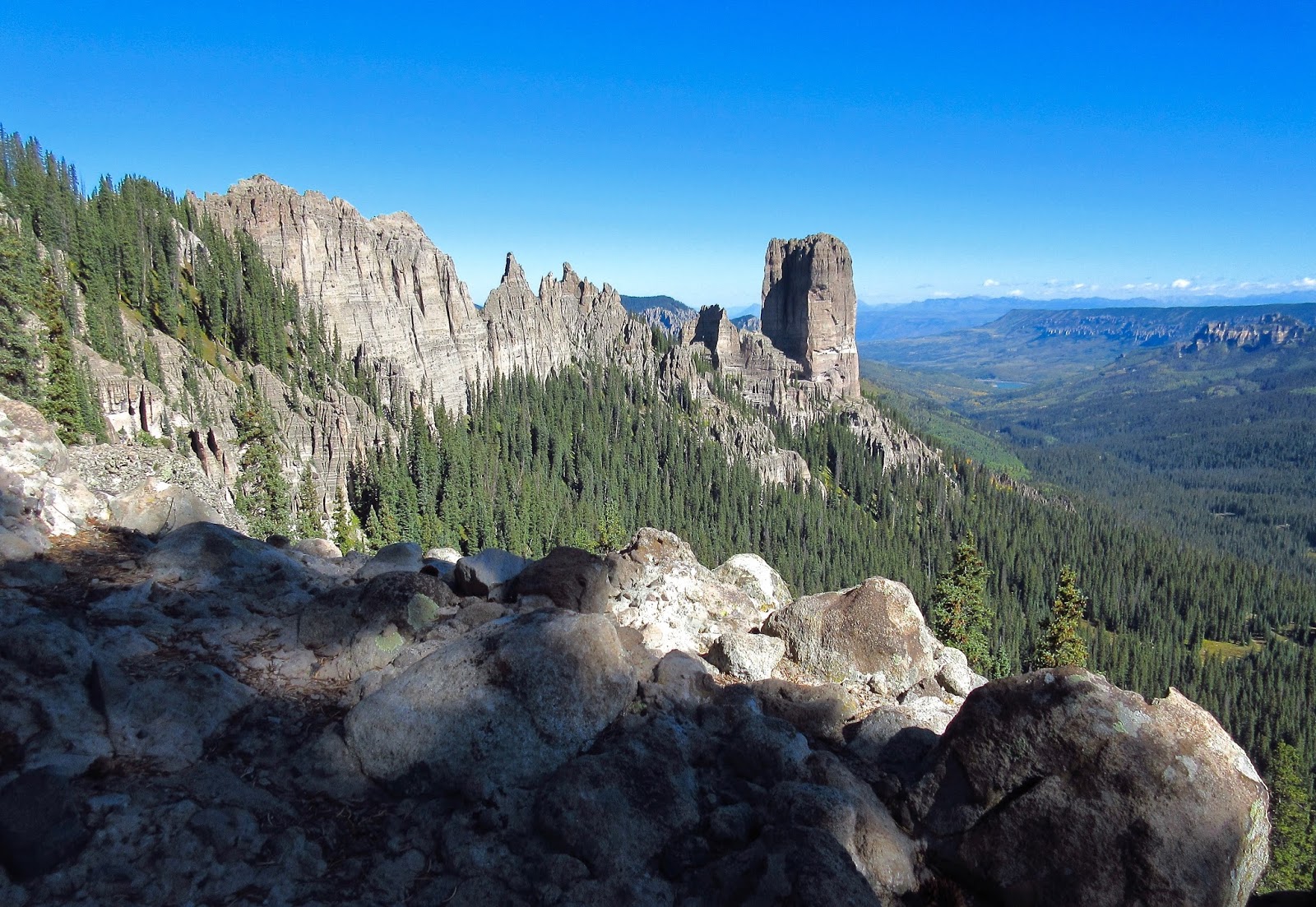 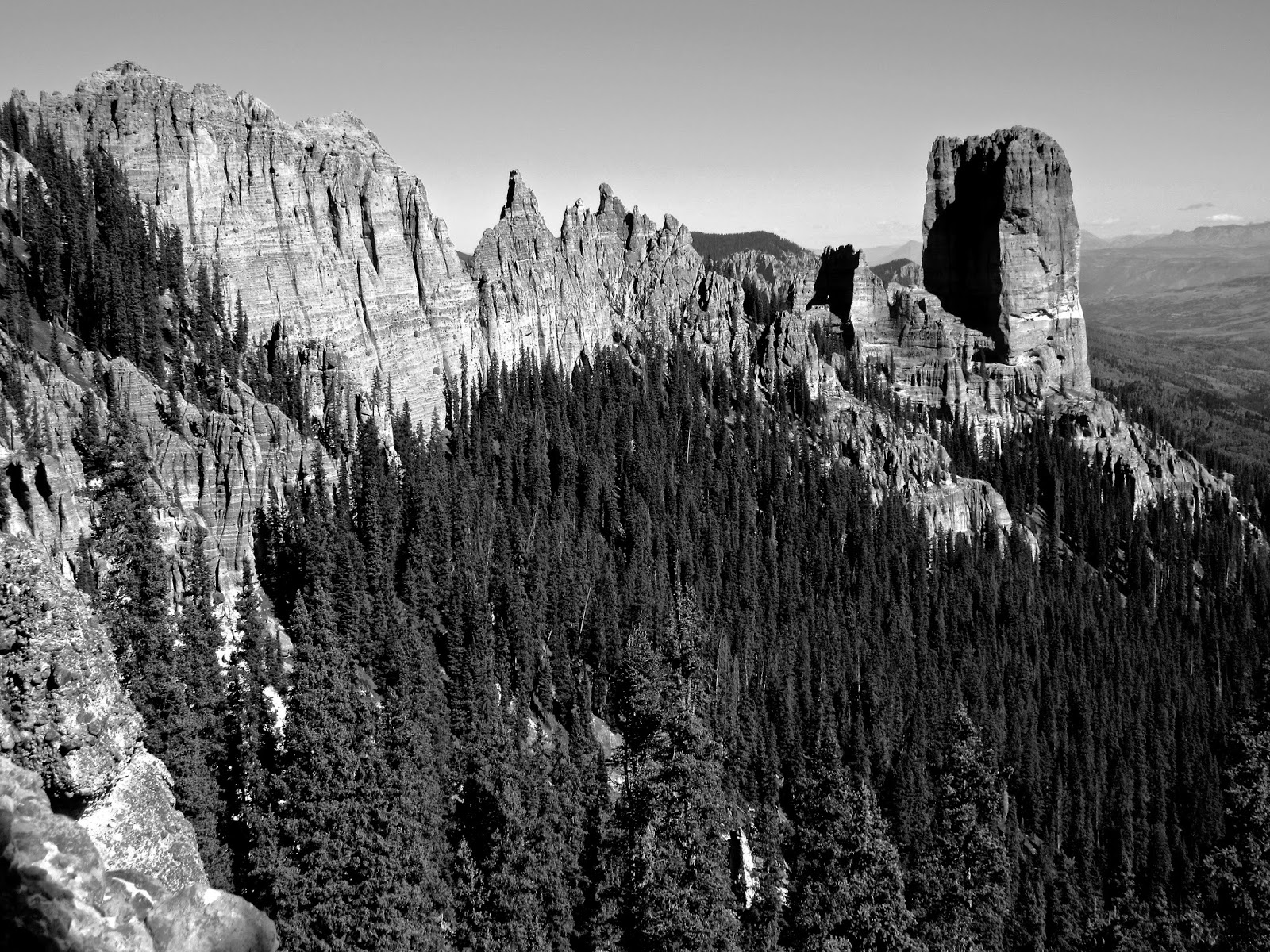 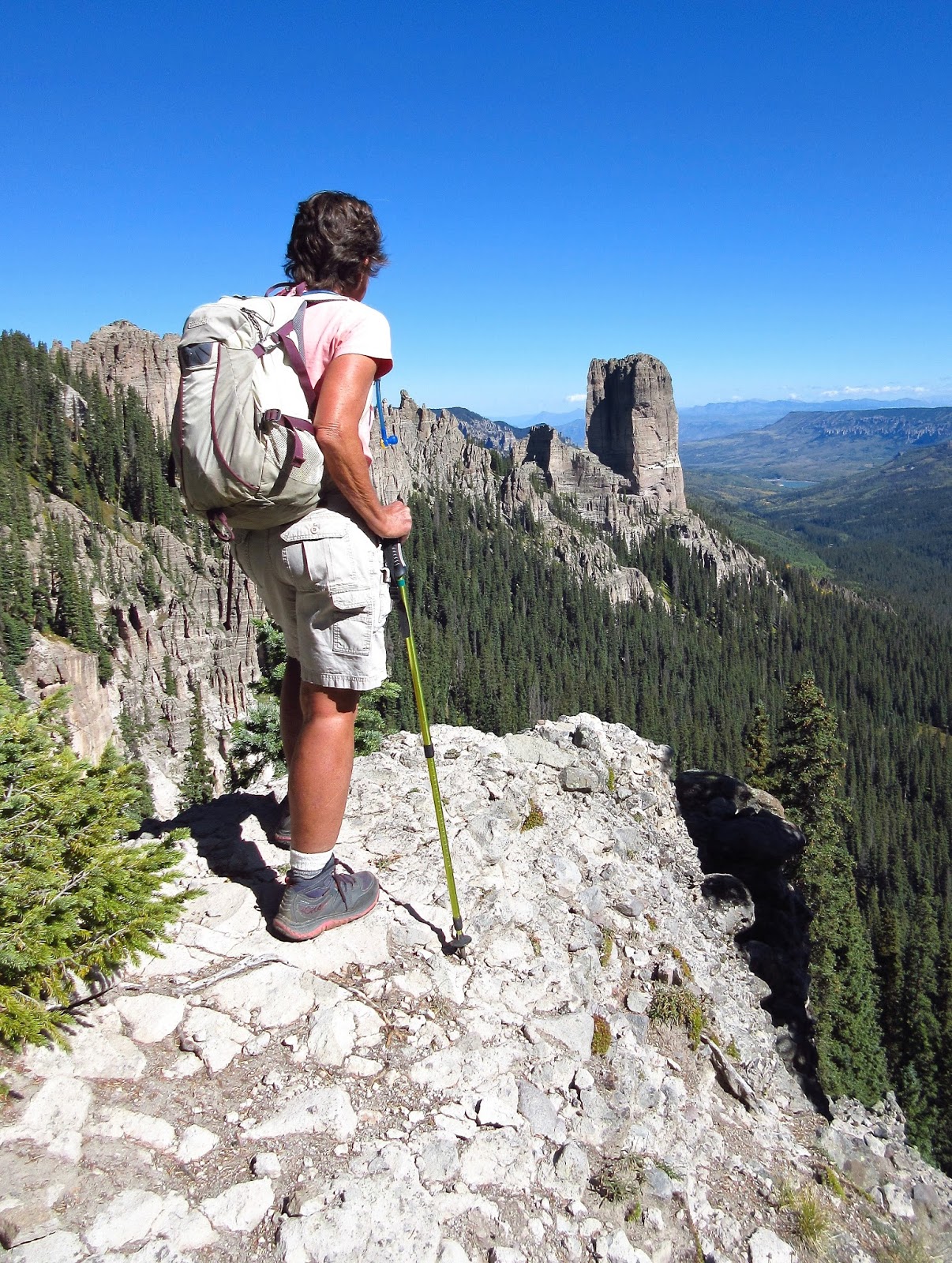 Above the plague of timber we are thrust upon alternating sections of solidified volcanic vomit, tipsy boulders, and deeply rutted tundra from a gazillion day hikers who, thankfully, are back to work or school. Perhaps we will have Courthouse all to ourselves on this beautiful day. 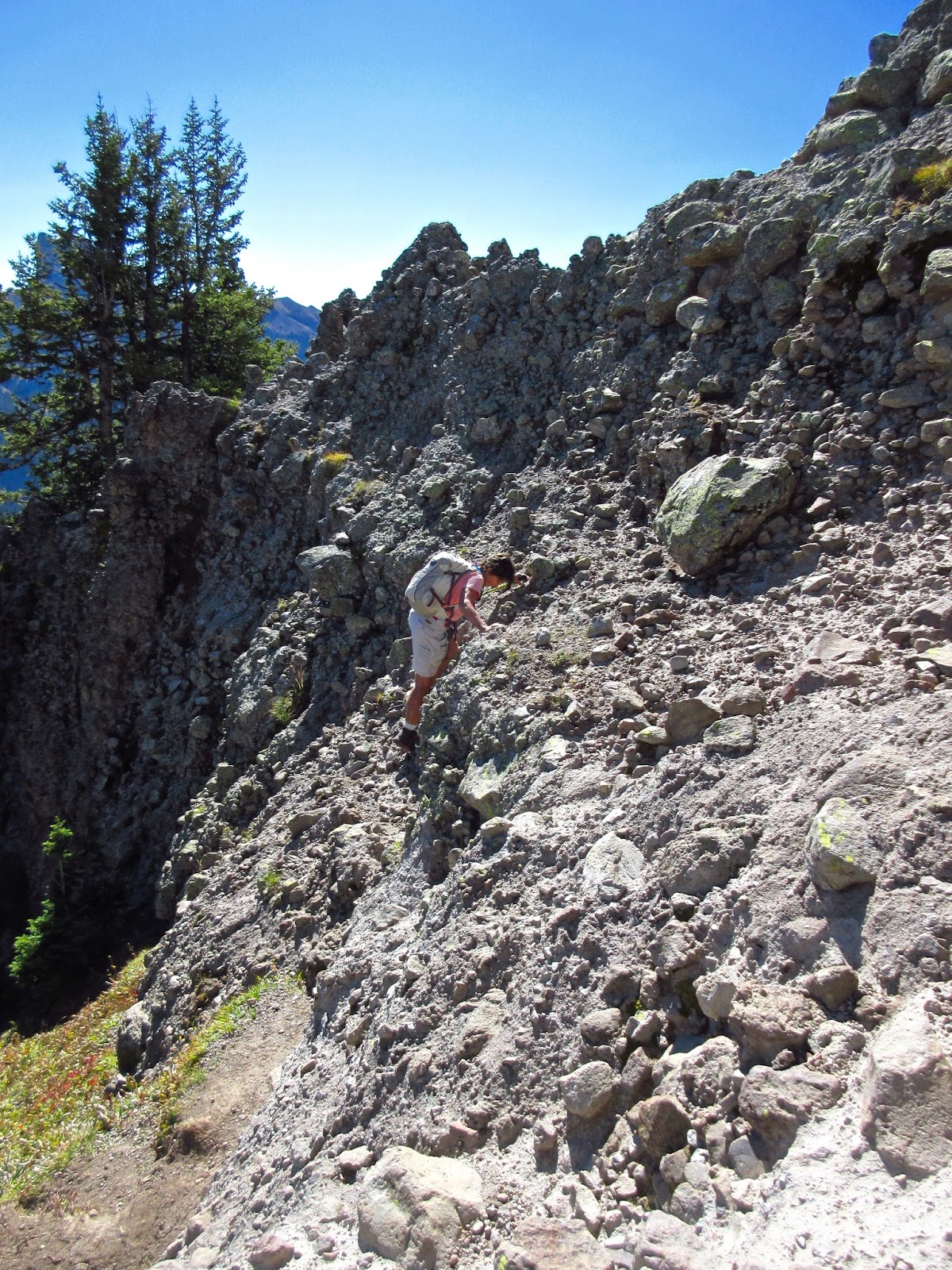 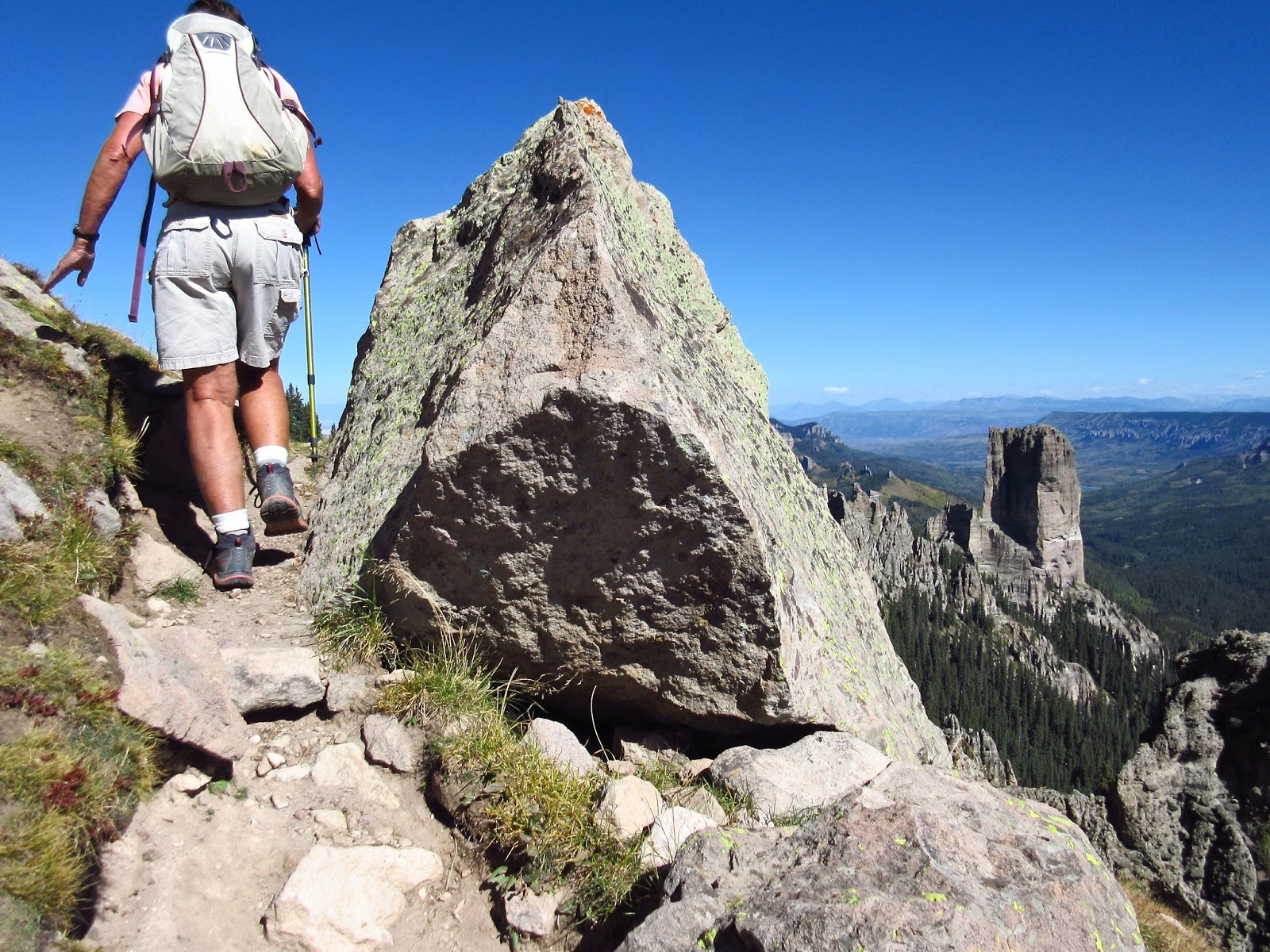 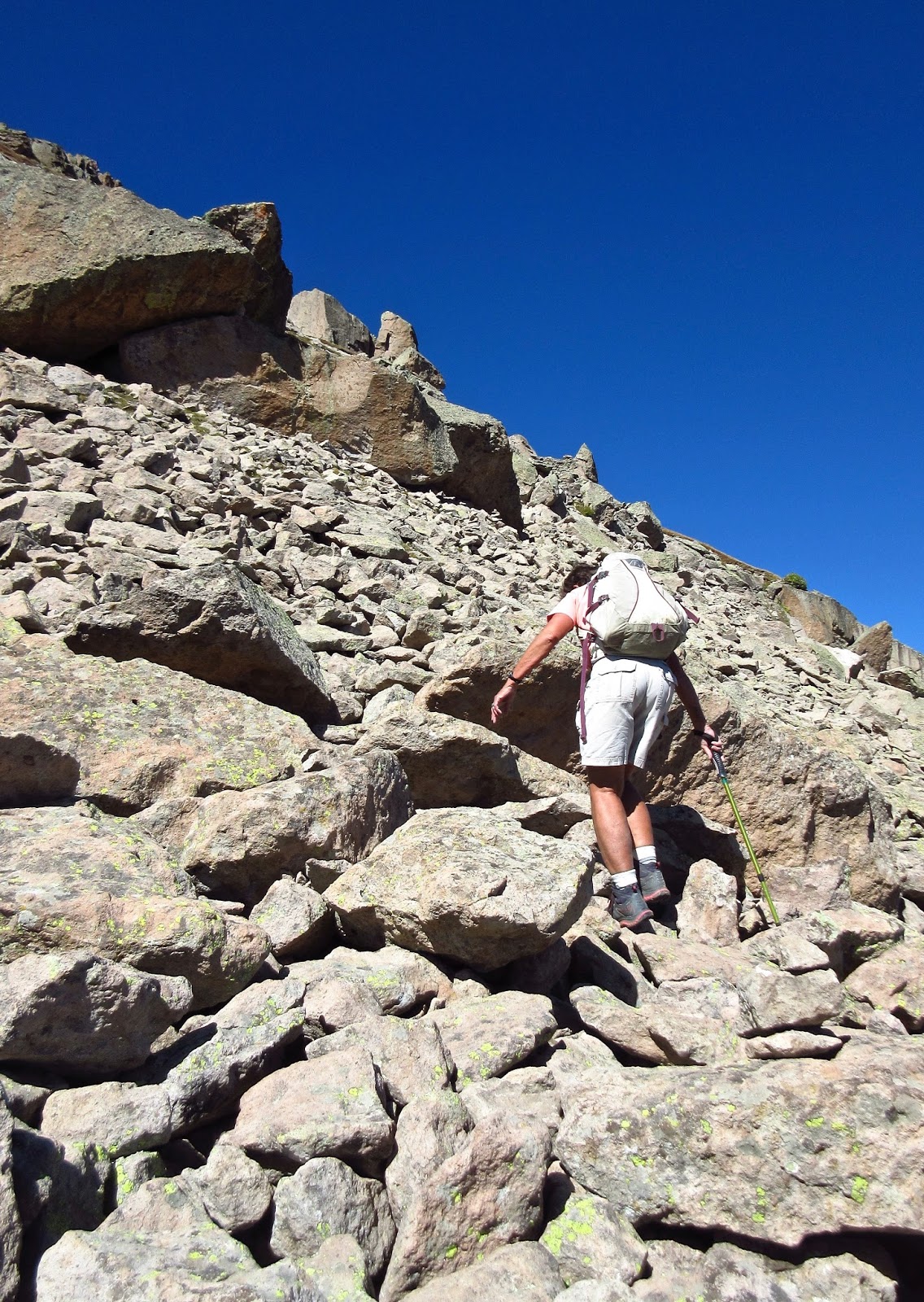 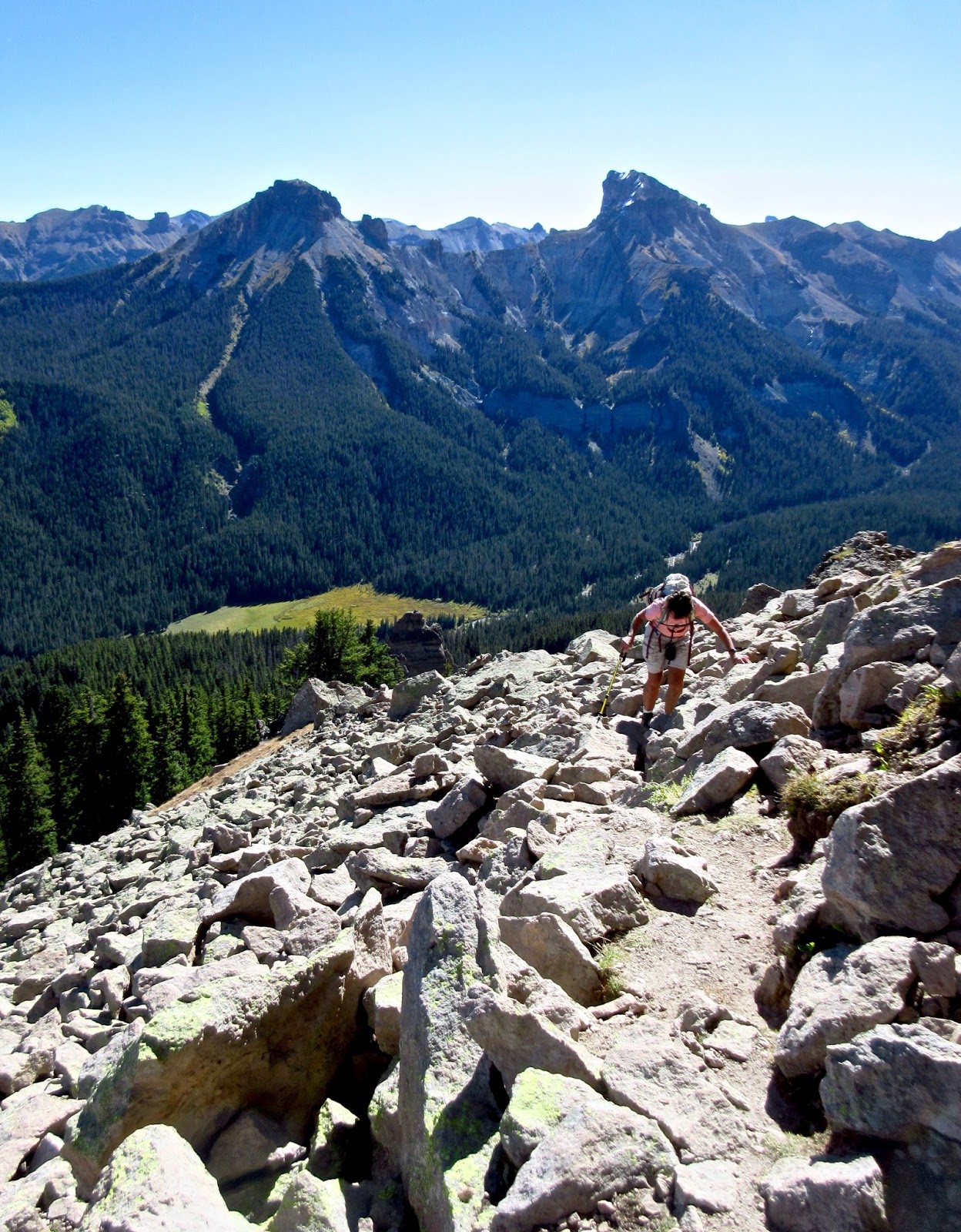 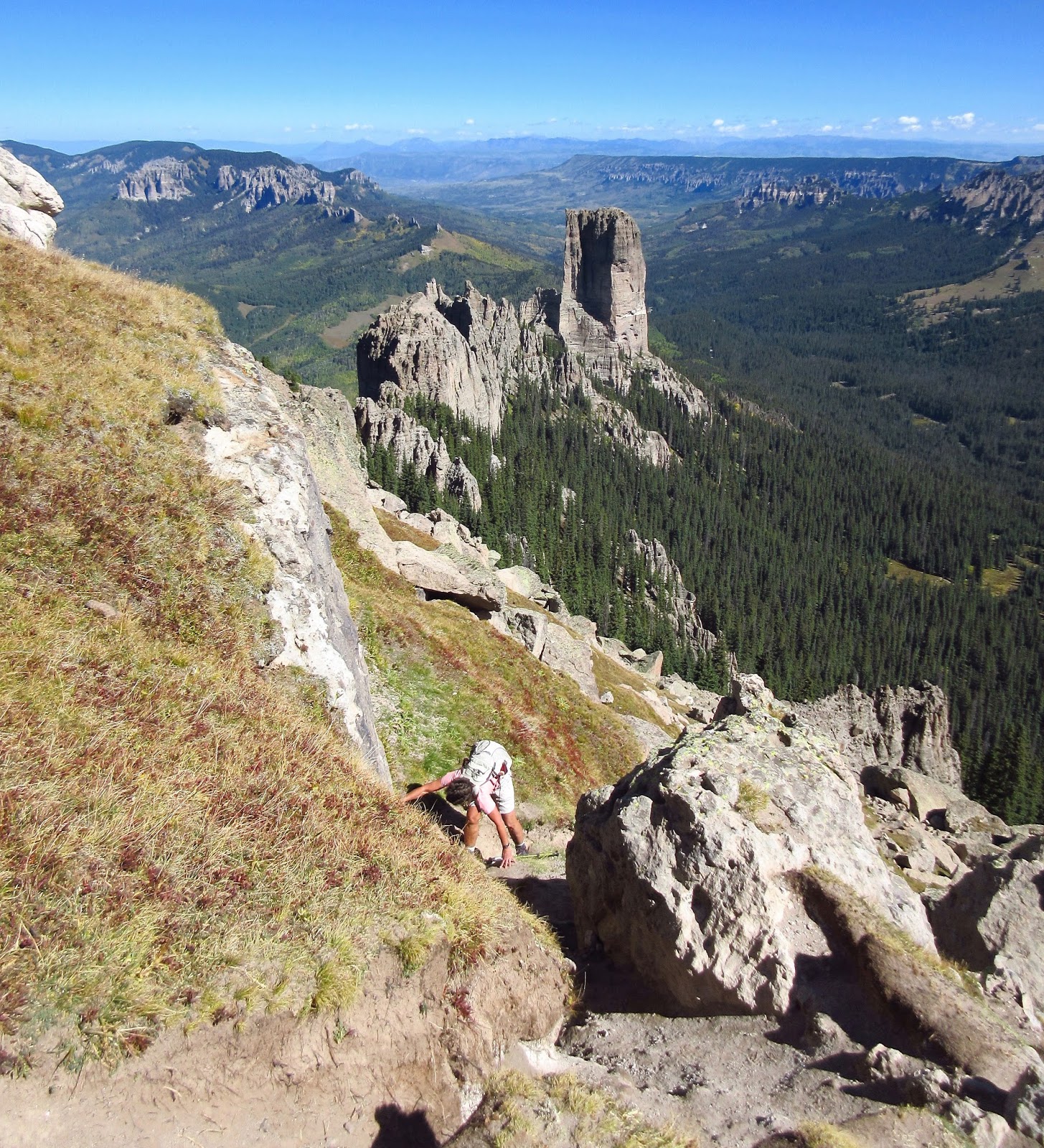 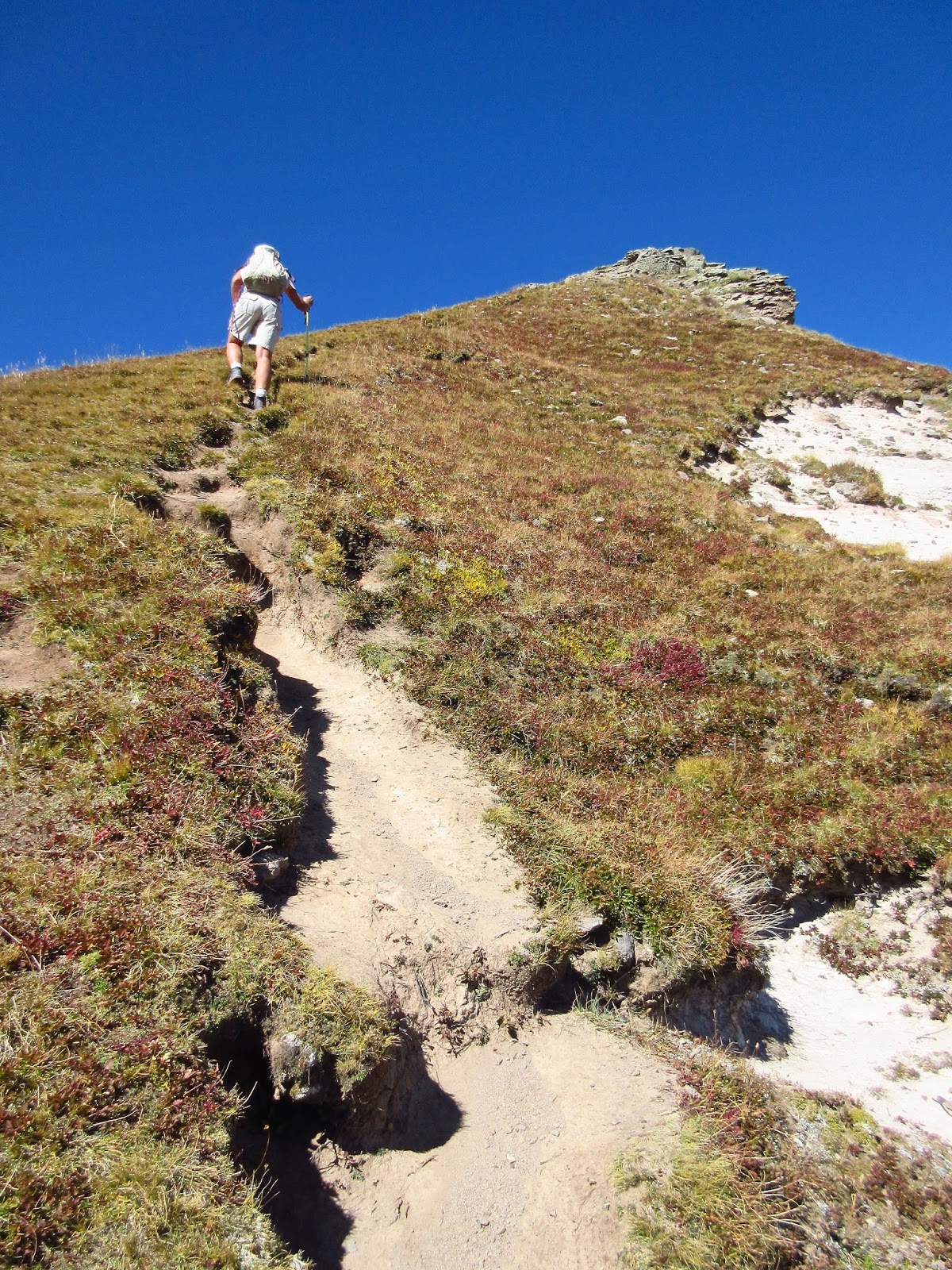 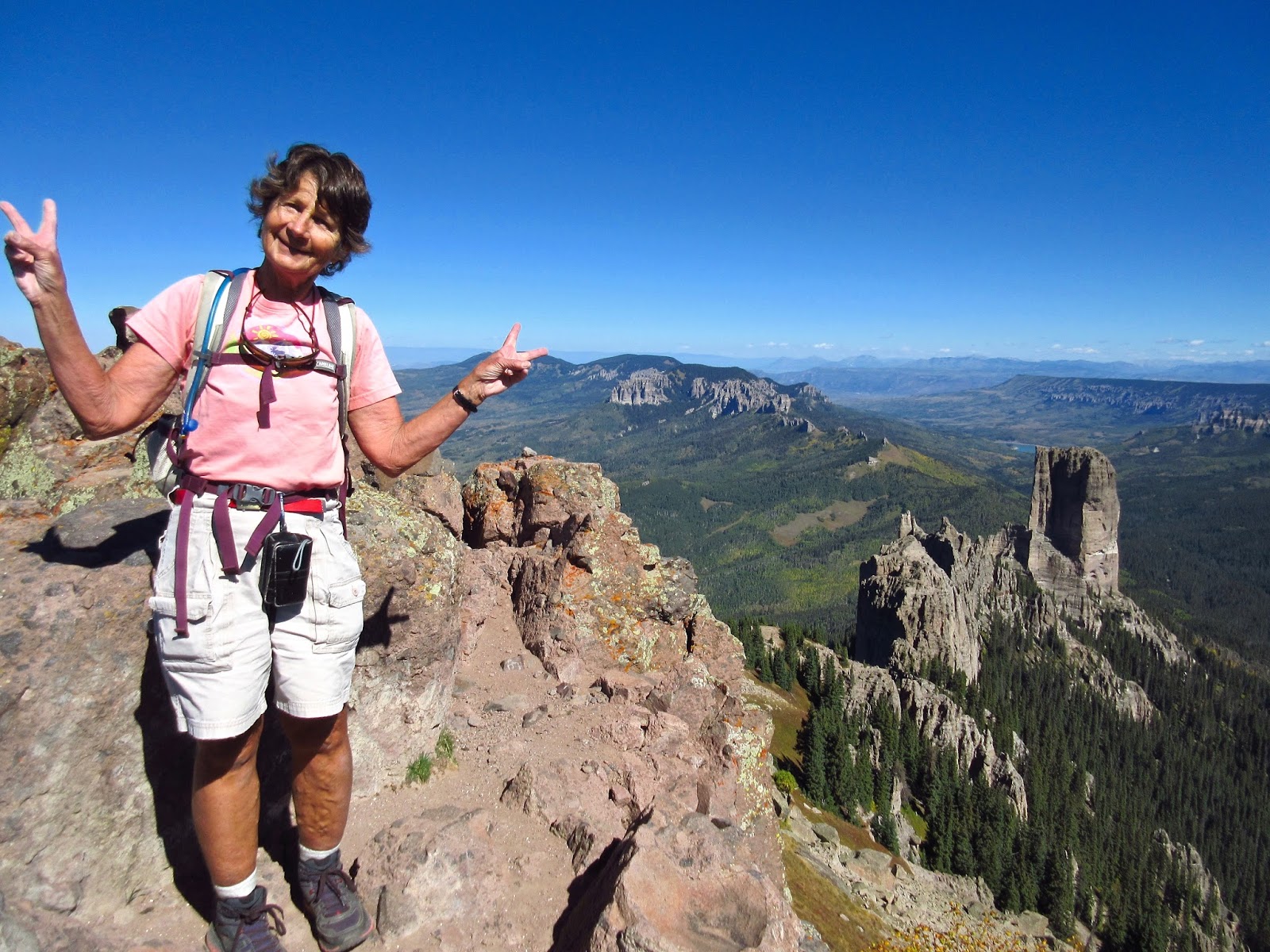 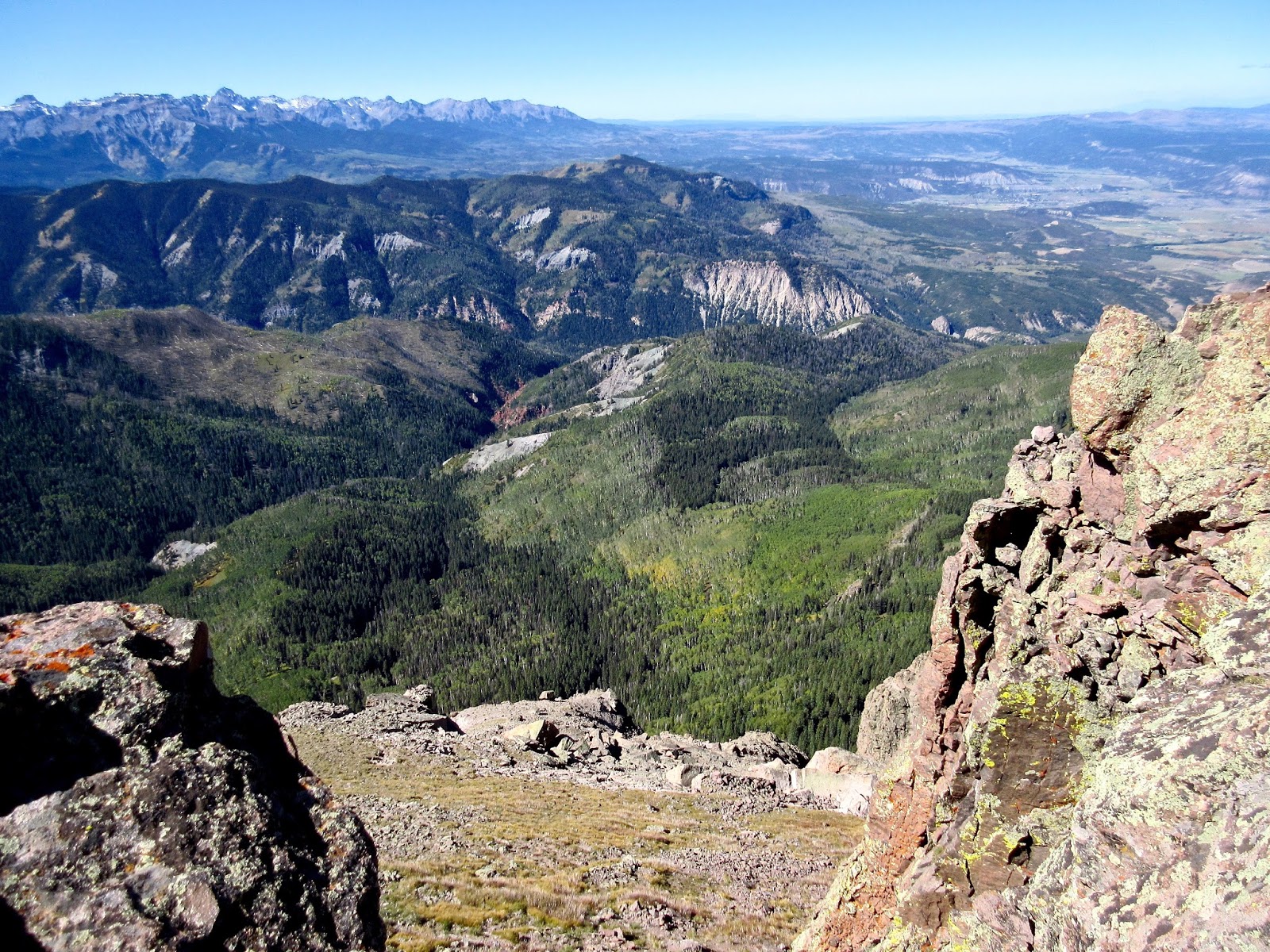 While there is no such thing as a "bad summit," I was disappointed in Ms Autumn's neglect of the humungous aspen grove that surrounds Courthouse Mountain. Only 50 "crow-fly" miles south on Red Mountain, the colors are past peak. 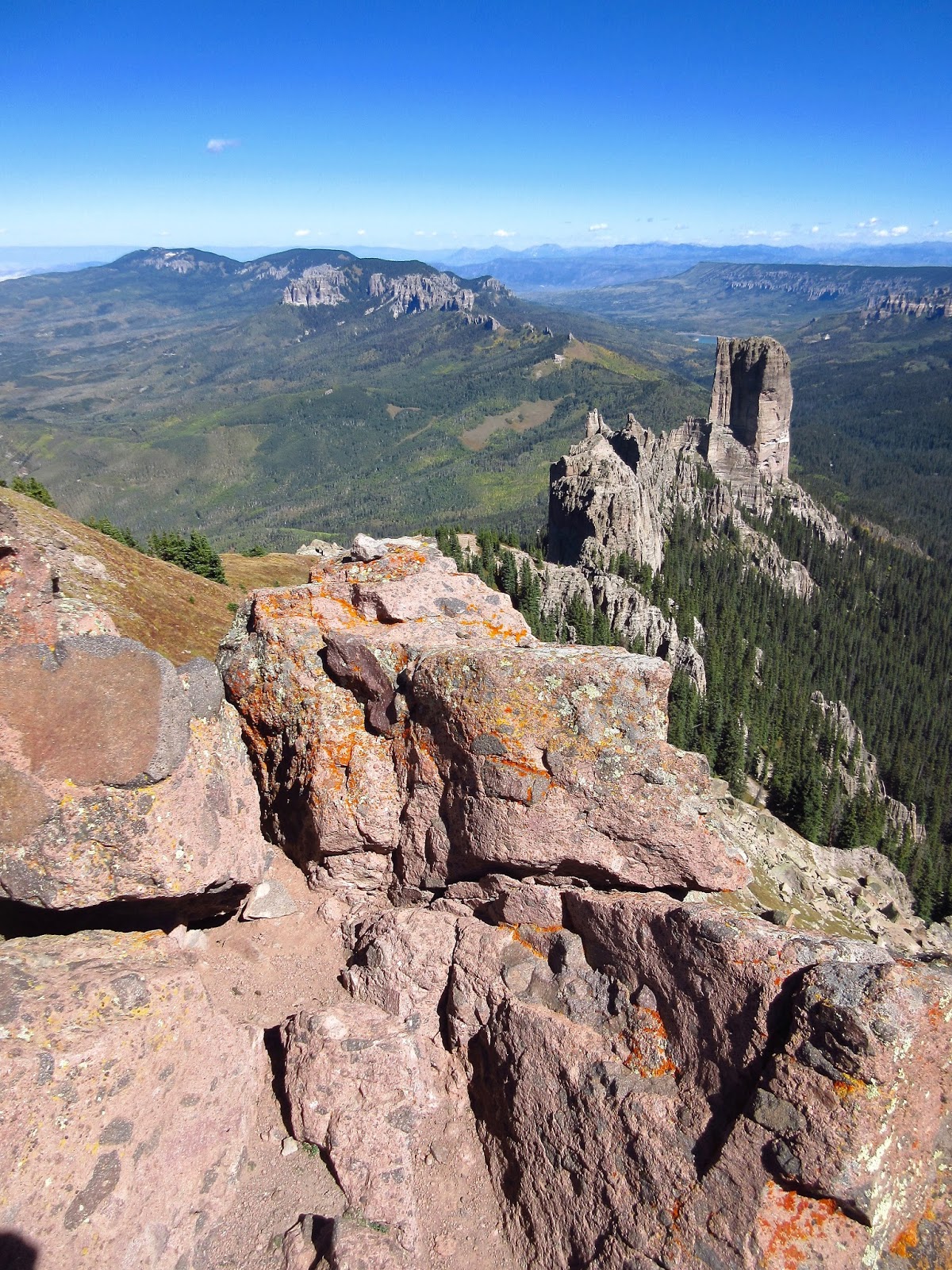 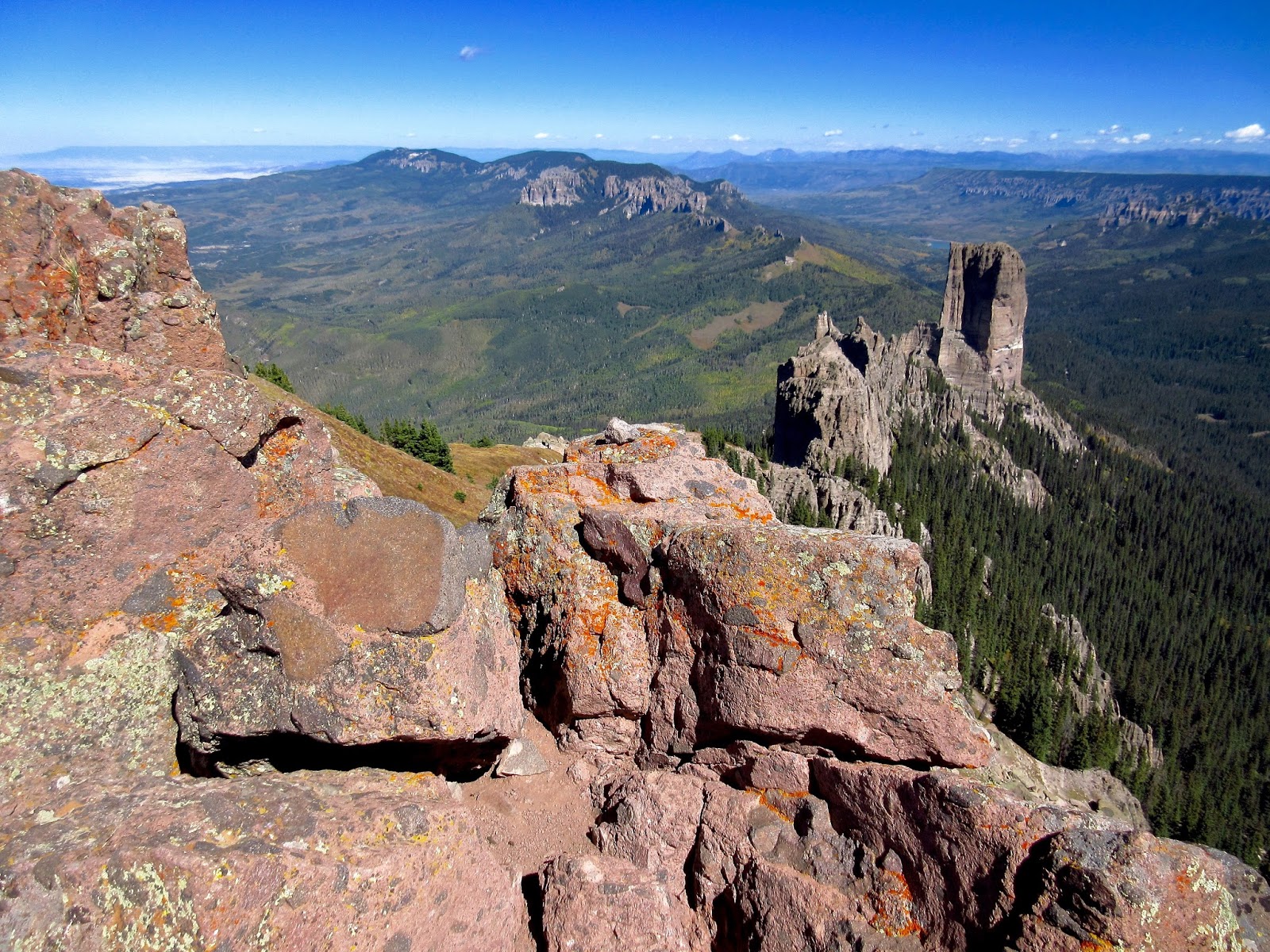 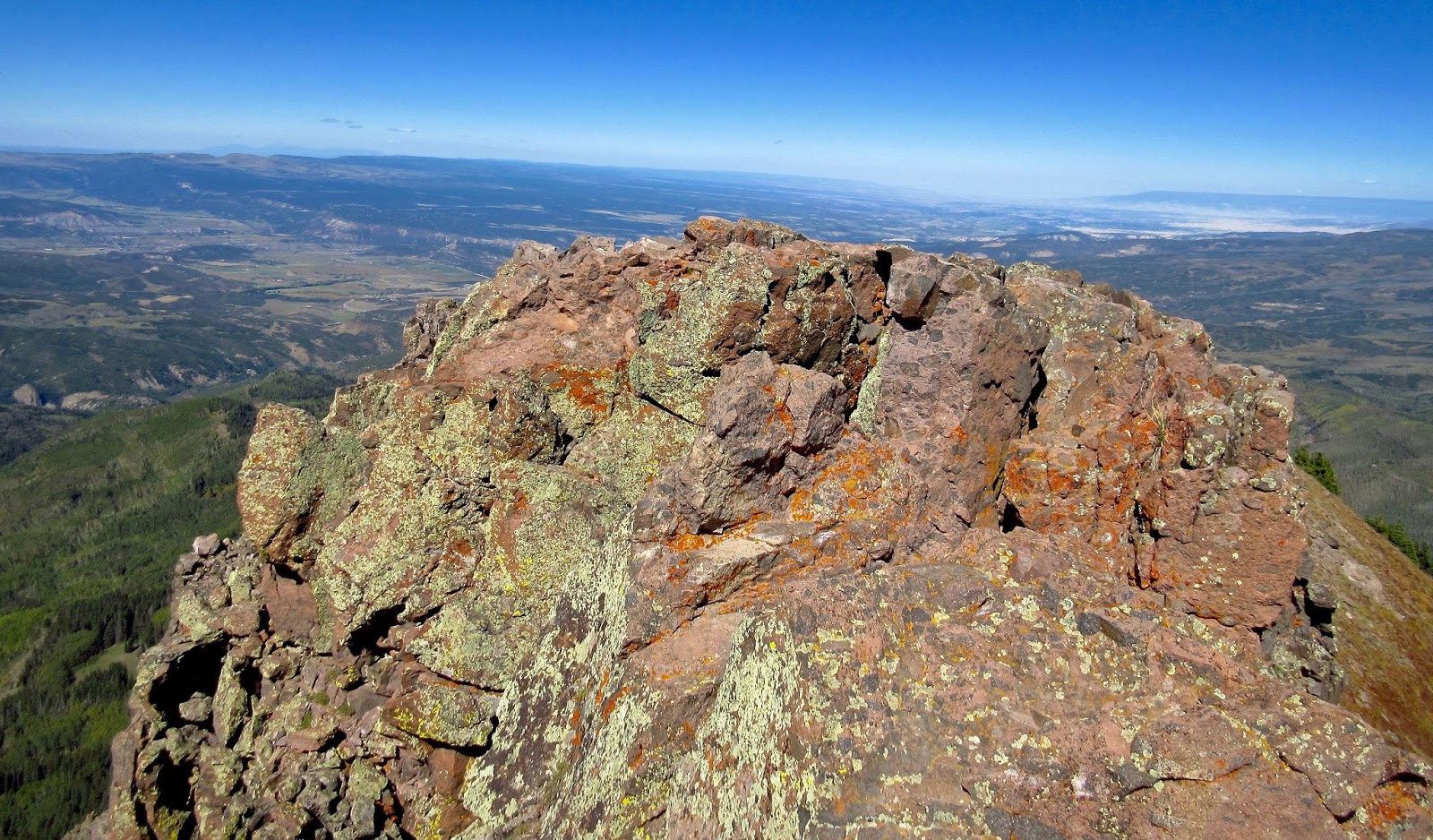 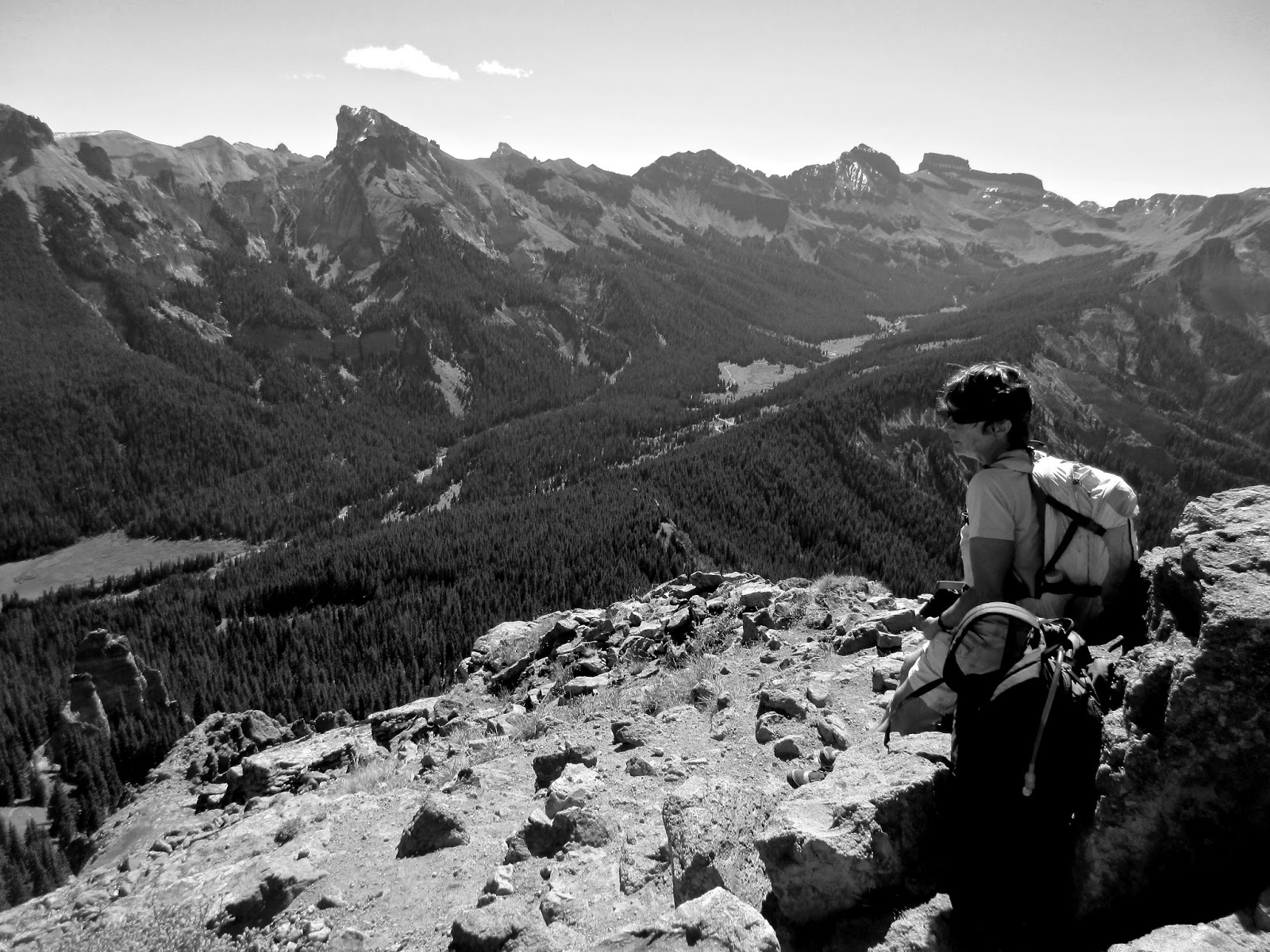 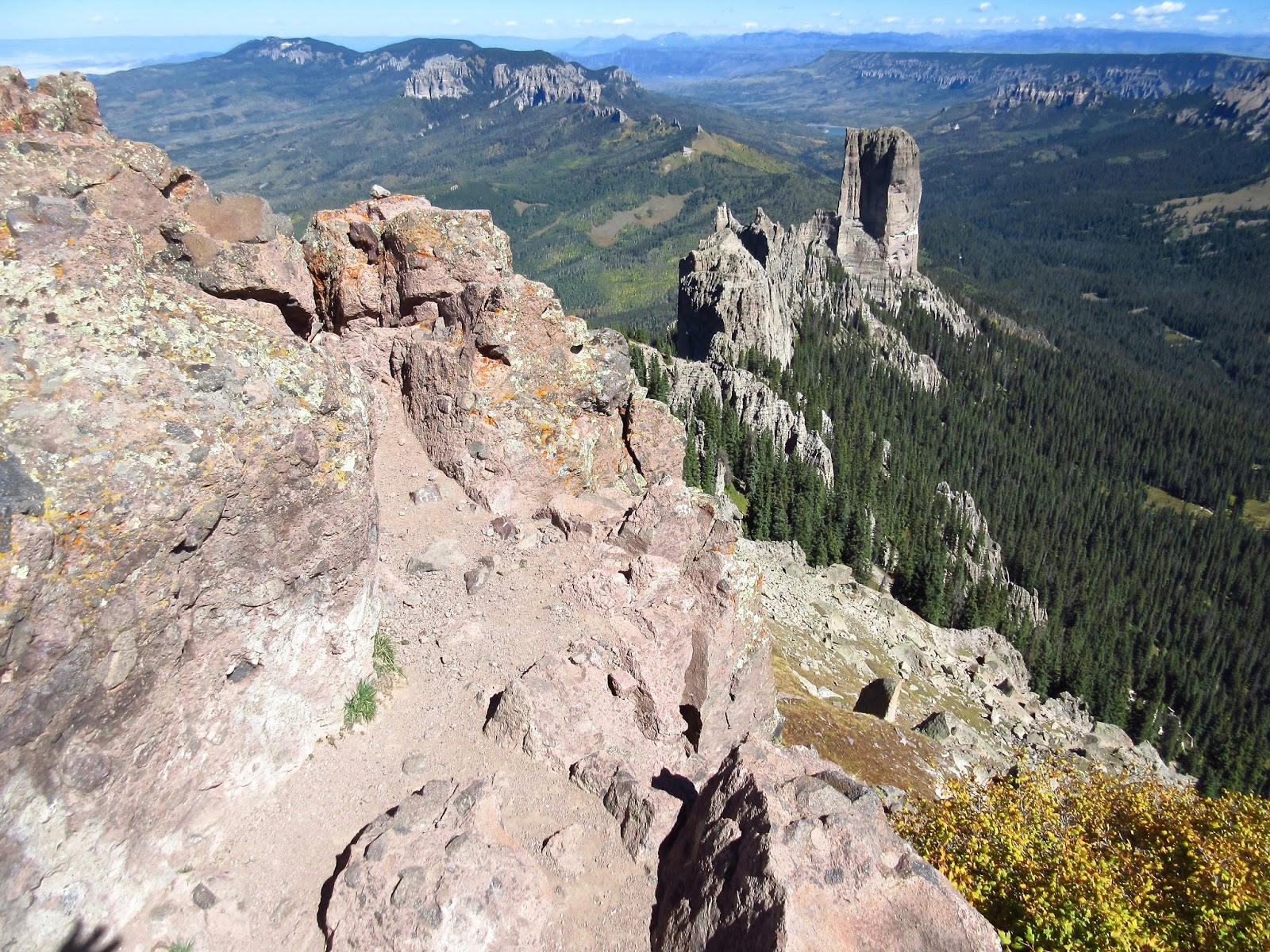 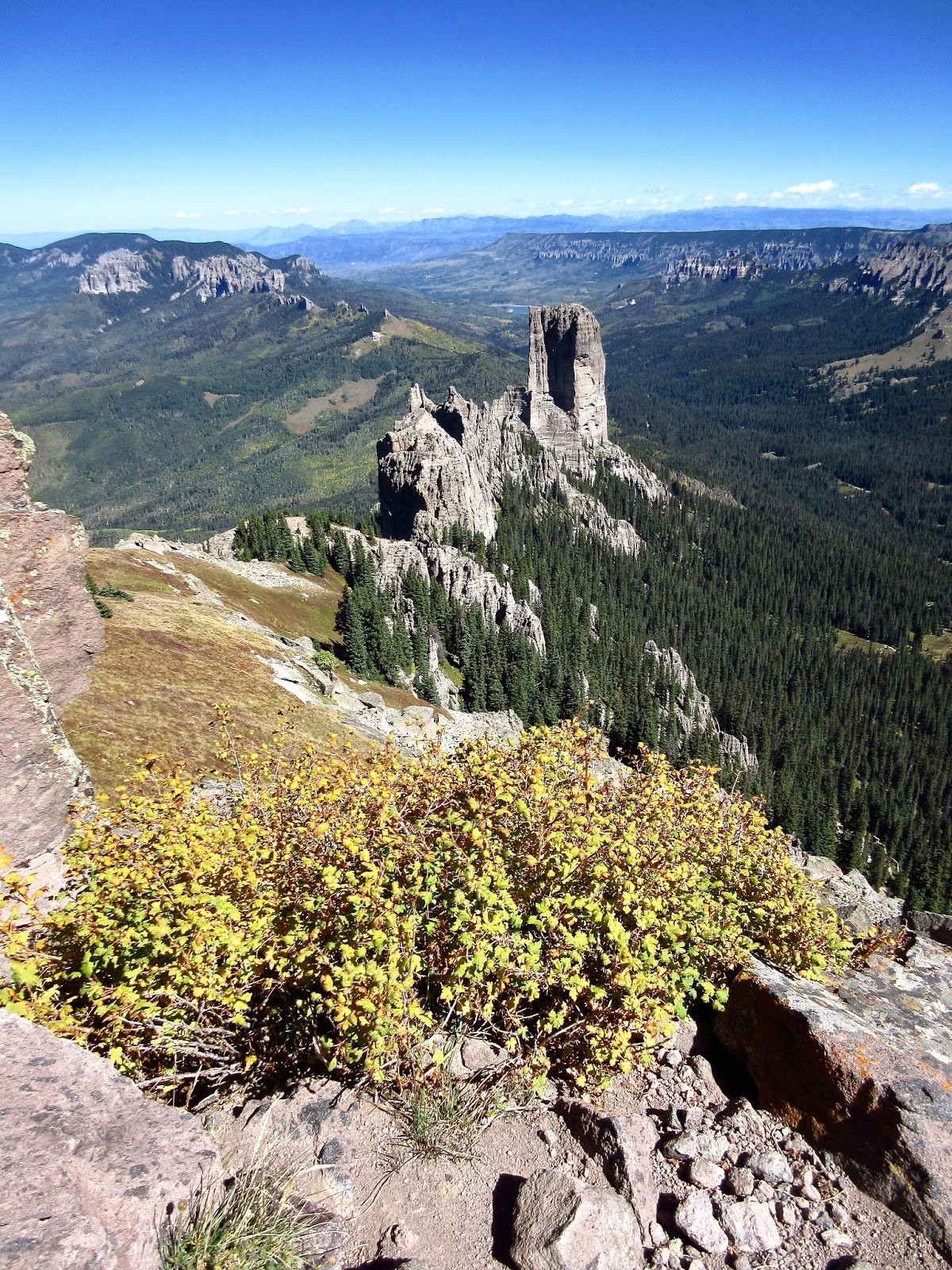 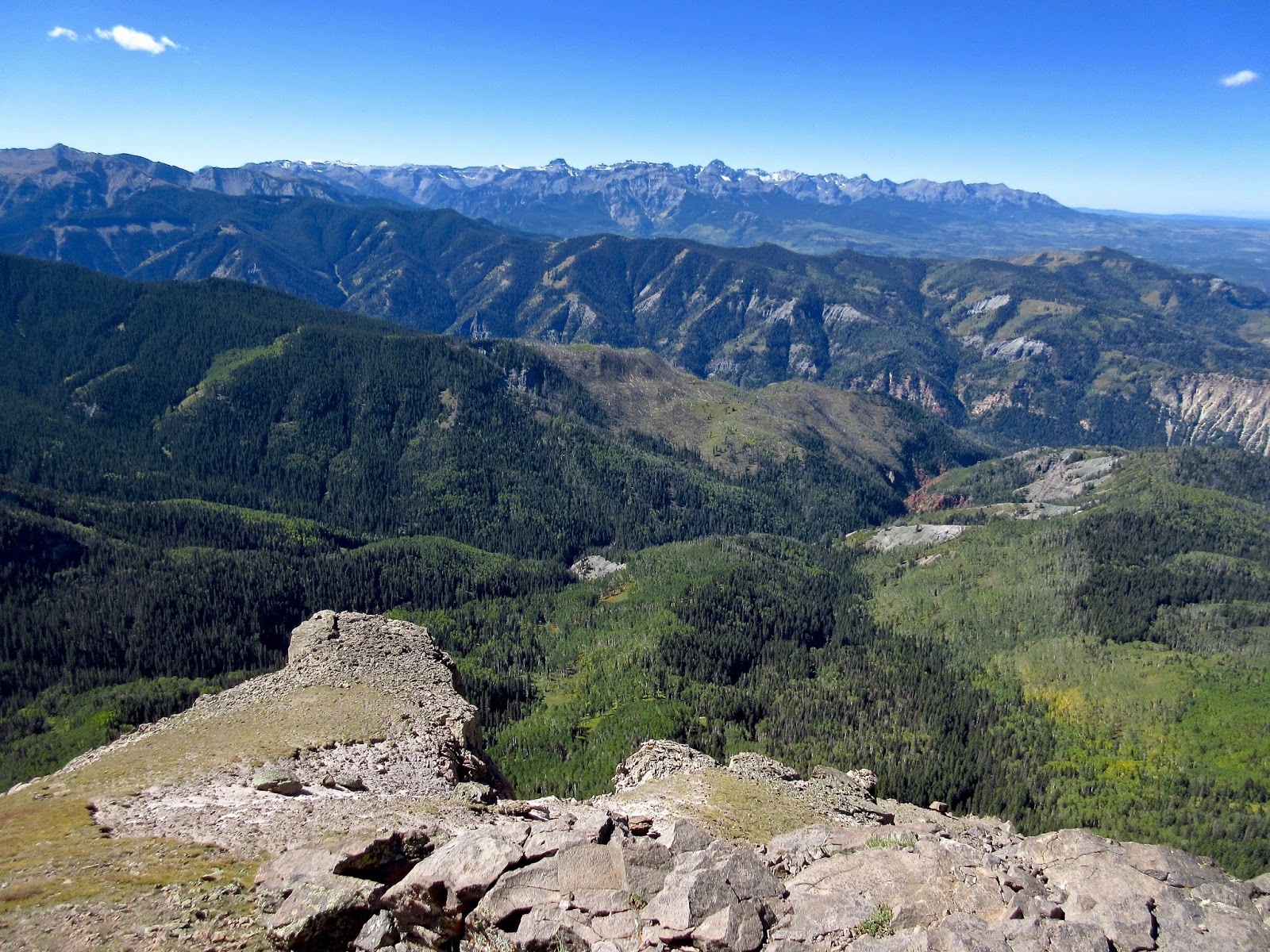 After nearly an hour of aloneness on the summit, we hear voices. Looking down our arrogant long noses we spy a group of invaders. Time to hoist packs and head down. Turns out two of the "invaders" are co-workers of Bobbie at Mountain Fever Gifts...Petra and Dan.
Small World... 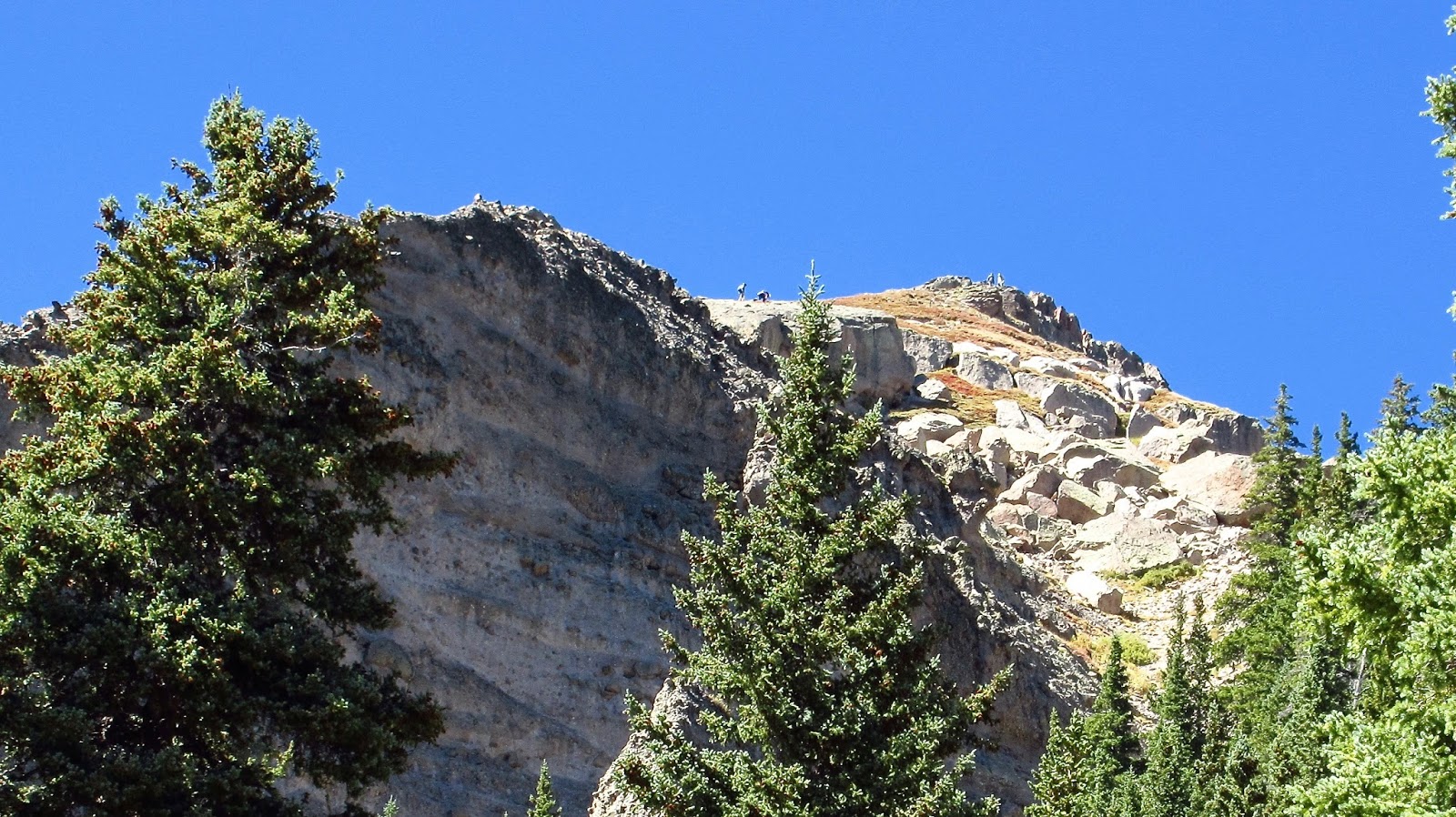 Just for fun, I zoomed in for the above shot of the "invaders" near and on the summit.

I will return next fall. It is my Courthouse Compulsion...a little known neurosis common among mountain folk. 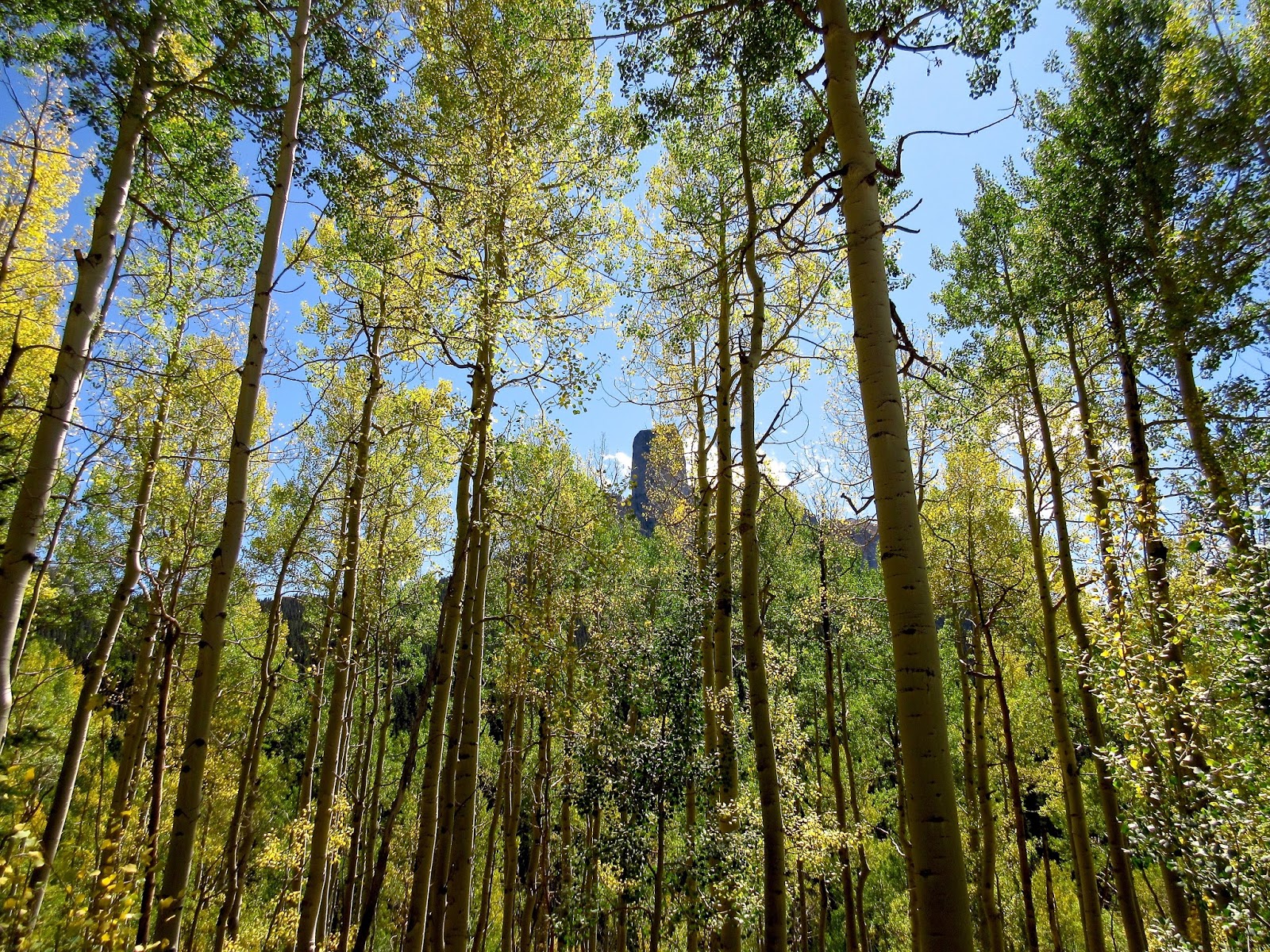