An Ideal Loop Hike...Chinle Trail to Scoggins Wash to Coal Pits Wash, With a Detour Through Disneyland 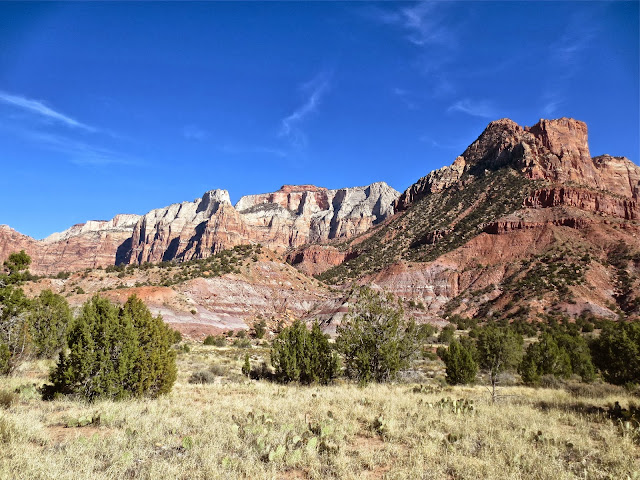 Ok, so even if it was a little bit further and more difficult than I remembered (sue me!) and outside the norm of one of Life's Little Adventures... I think Jim and Gayle will have to admit (as soon as legs recover) that it was a glorious day of hiking in Zion's Wilderness and worthwhile.

Not yet fully investing trust in their volunteer guides, I'm pretty gol' darn sure that Jim will never ever again forget to bring some survival gear and his little GPS thingy. Yes, there were fleeting moments in time when reality did not match up with memory...when I might have let a look of bewilderment supplant my normal confident demeanor. Indeed, leaping from dry waterfall ledges in narrow walled canyons was not in the information packet (man, there have must have been some real gully washers since we last hike these canyons back in the early 2000's). But we I, rather, decided that we could go anywhere a horse could go (even tho I had no idea where it was going) and thus followed its tracks downstream...hoping it had a better memory than me, and was headed to where Jim and Gayle left their car parked.

It's funny (not "ha ha funny, more like when your dentist goes "Oh shit, did that hurt?) the way some people (Jim) deal with stressful situations by using humor. He certainly kept the mood light with adolescent jocularity, mispronunciations of the elusive "Coal Pits Wash," and general quick witted responses to negative stimuli, especially given the rapid approach of darkness and the fact that he might be spending the night far from the comfort of his Lazy Daze RV bed.

Washes were strewn with boulders of all sizes and shapes, detours that took a while to find, and leaps from dry waterfalls that were slightly beyond comfort zones. Not to jinx anyone, but given the late hour I thought it necessary to remind our group to watch every step, that we didn't have the luxury of time to have someone slow the group exit with some little sprained ankle or compound fracture. About that time, Gayle's muddy shoes lost traction on an inclined boulder...so I shut the fuck up and tried to act confident that "Cold Pits" was just around the next corner. When that didn't come to fruition, I employed the military/magicians tactic of distraction, "Oh, would you look at that gorgeous sunset glinting off the mountains!"

Every once in a while I would lose my reassuring horse tracks and panic, "Did I miss a turn? Did it die trying to get through that last maze of boulders? Did he give up and turn around?" But magically (I swear, he must have had wings) the tracks would reappear and quell self doubts.

Now admittedly, "Cold Tar" was a bit further than I recalled...by about two miles. Two miles of stumbling down a shadowed, multiple flash flooded wash gives one a lot of time to think. Jim said his life kept flashing before his eyes. I wondered if I needed to retain a good civil attorney when this hike was all said and done. Needless to say, Jim will never ever forget his GPS again, and might even consider earlier starting times from now on :)

The Box Canyon Gang...alive and well in Zion! 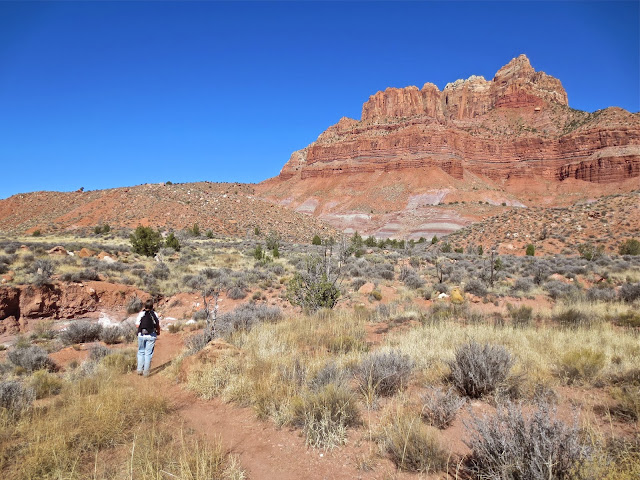 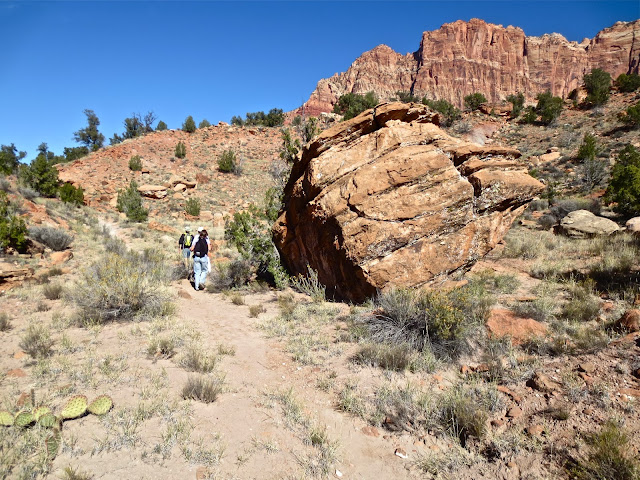 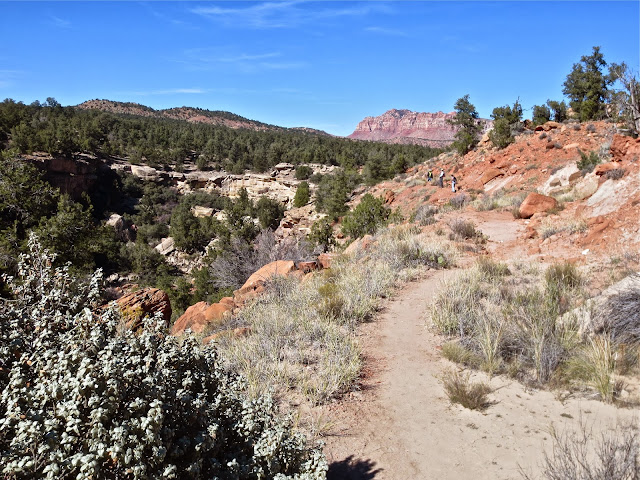 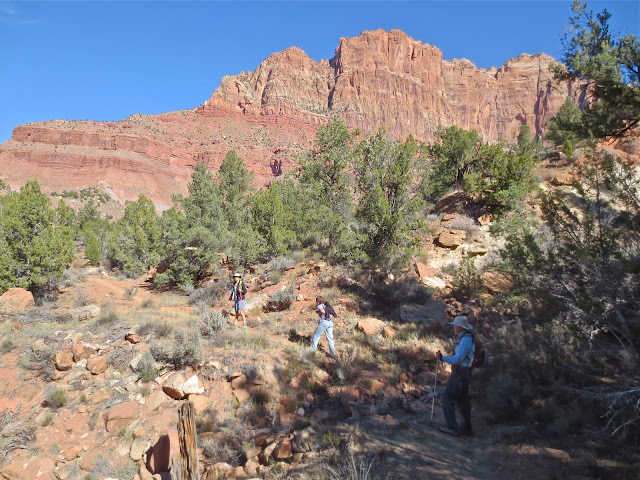 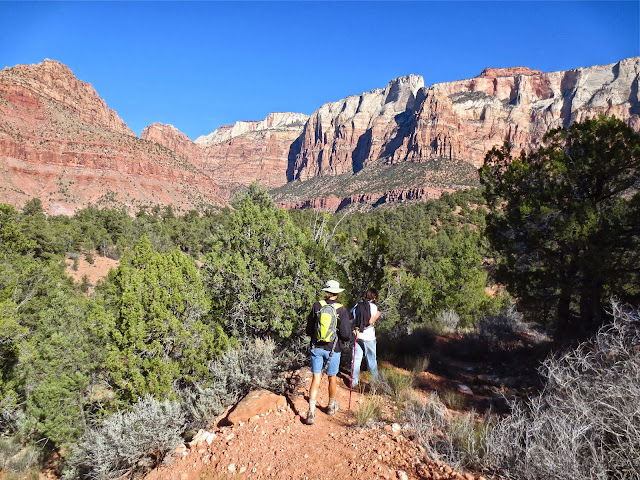 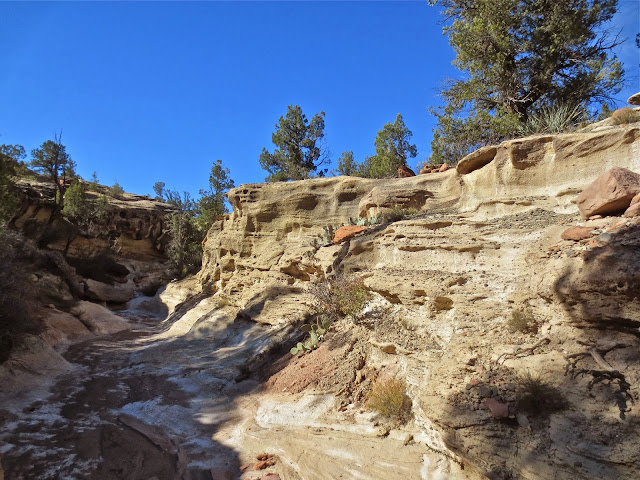 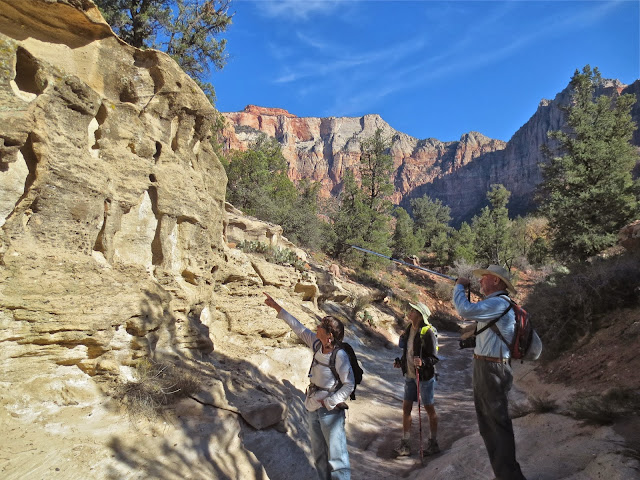 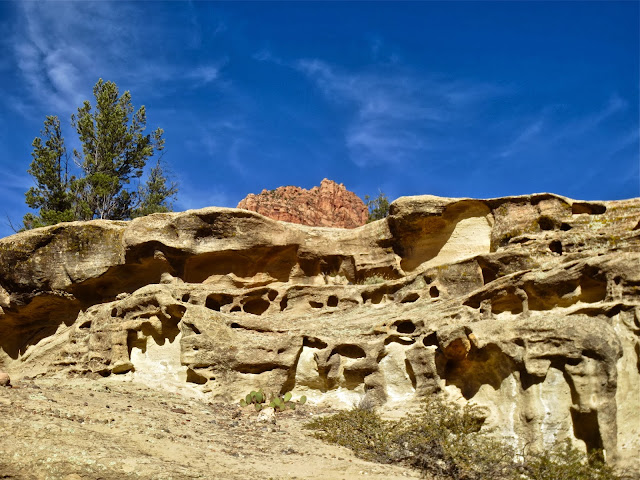 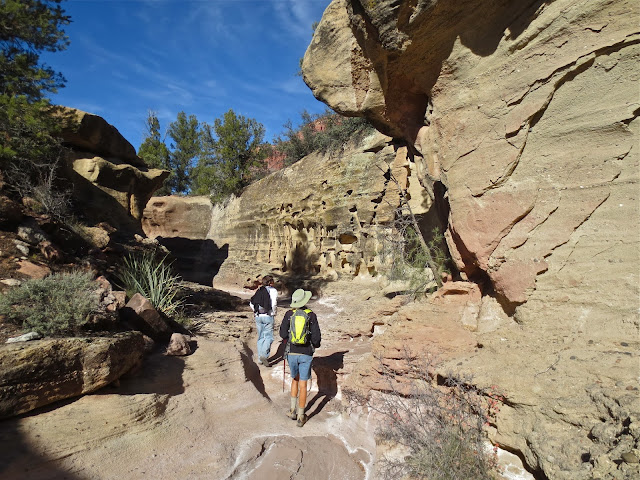 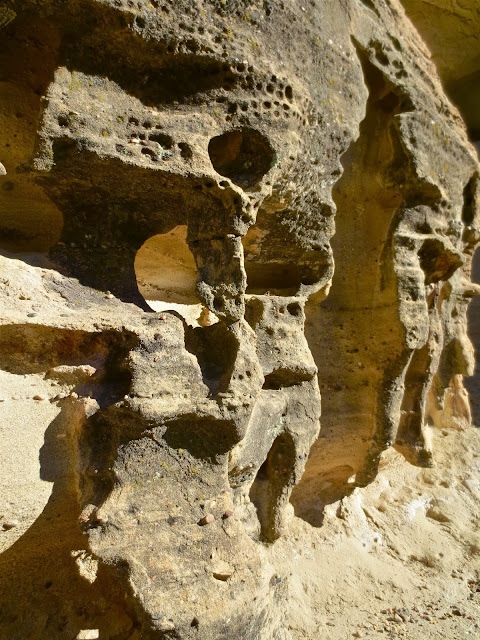 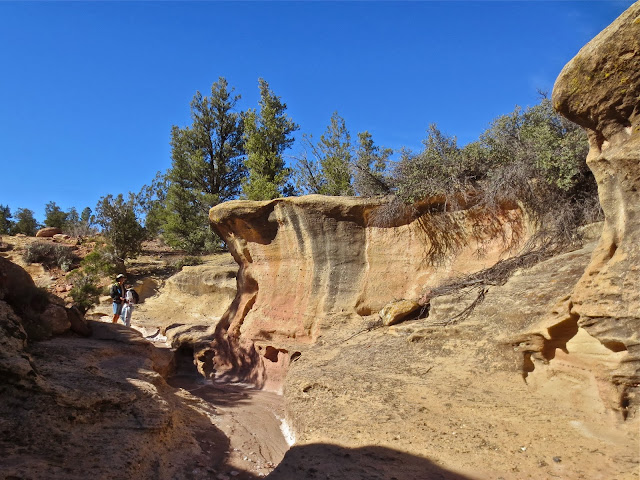 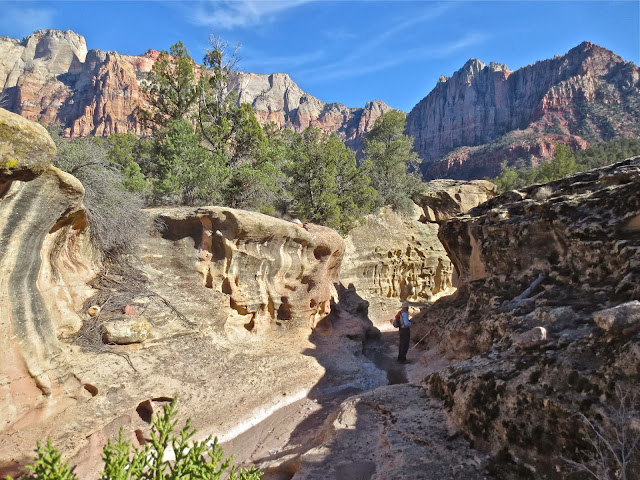 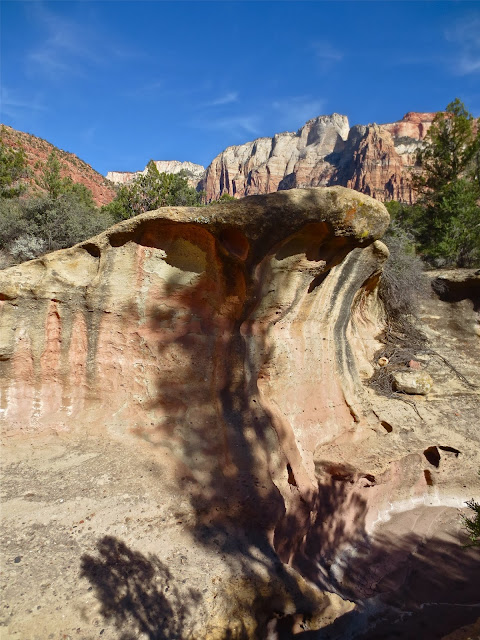 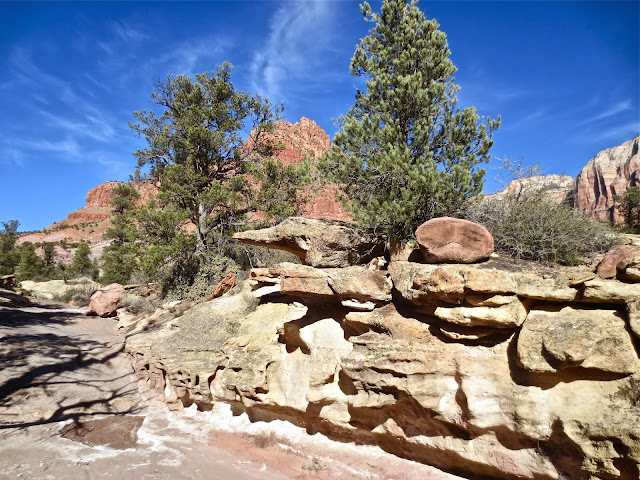 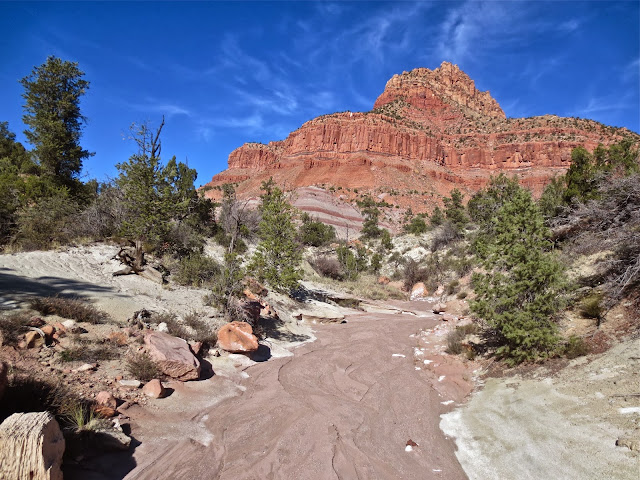 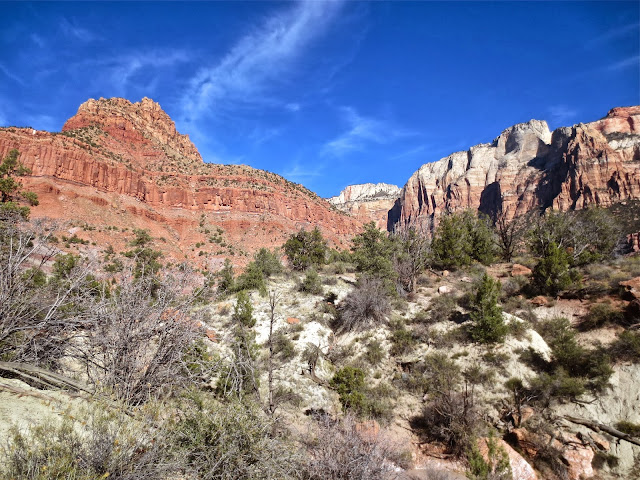 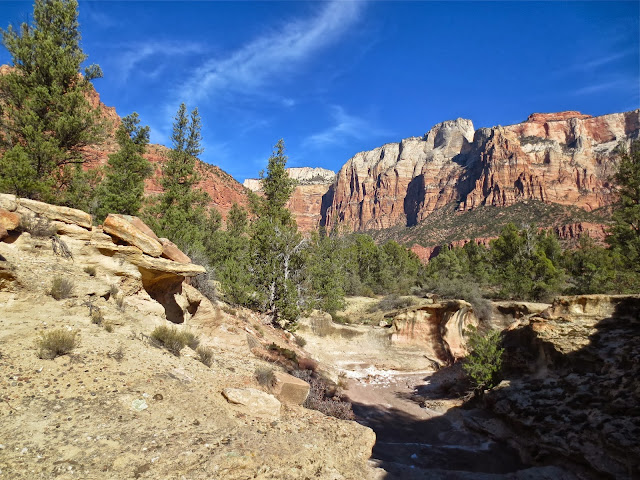 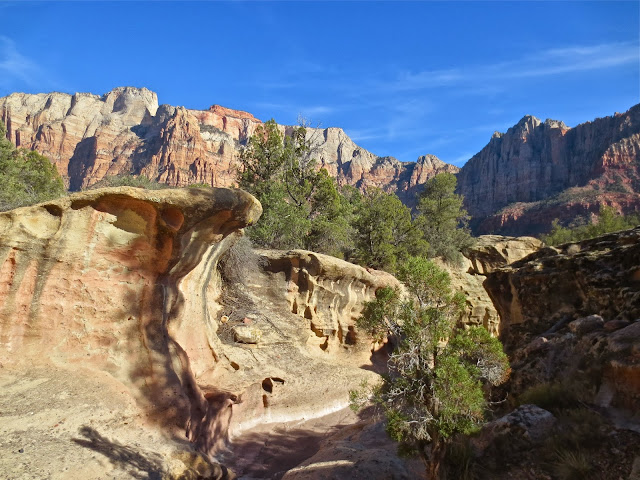 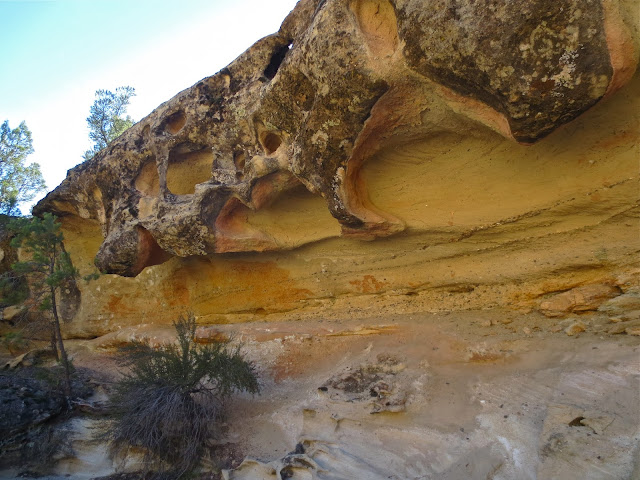 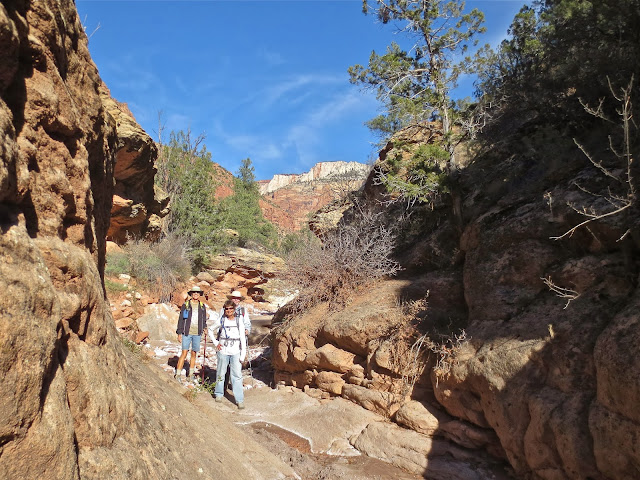 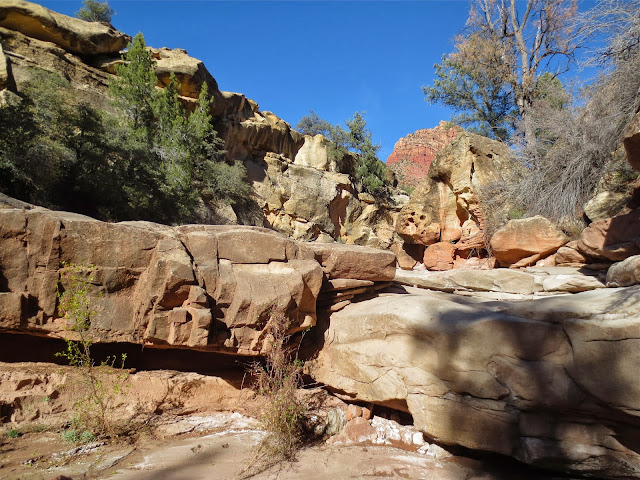 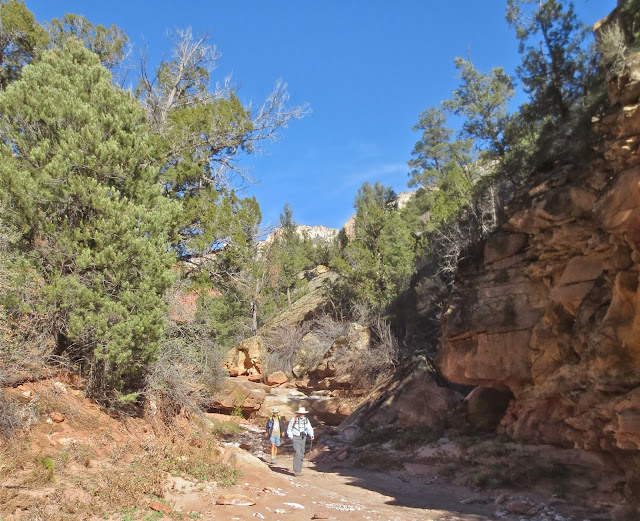 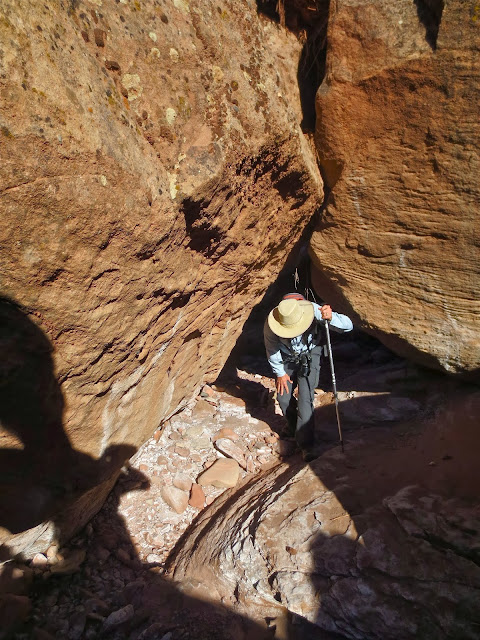 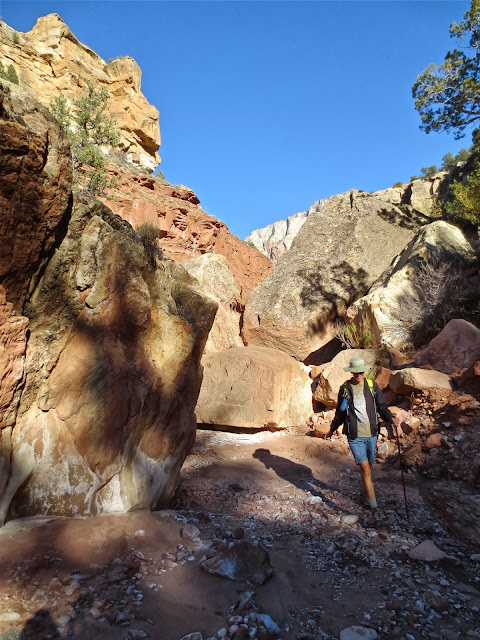 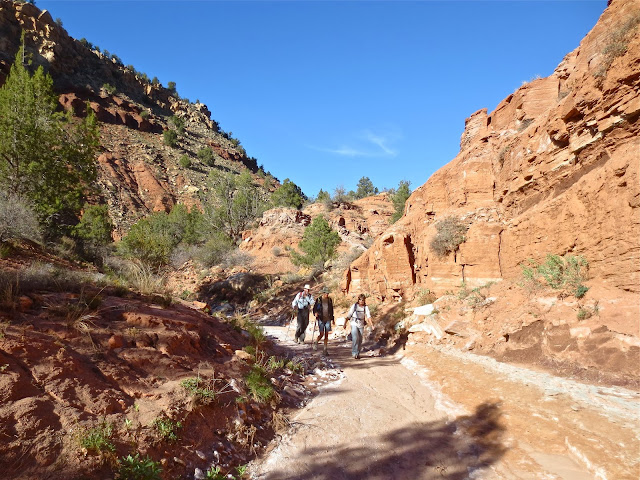 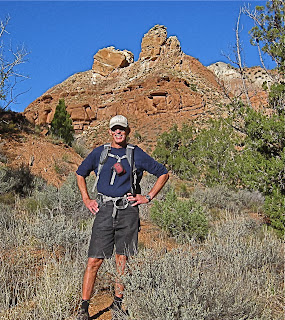 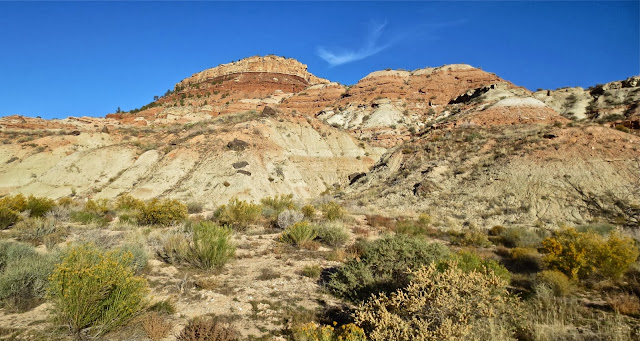 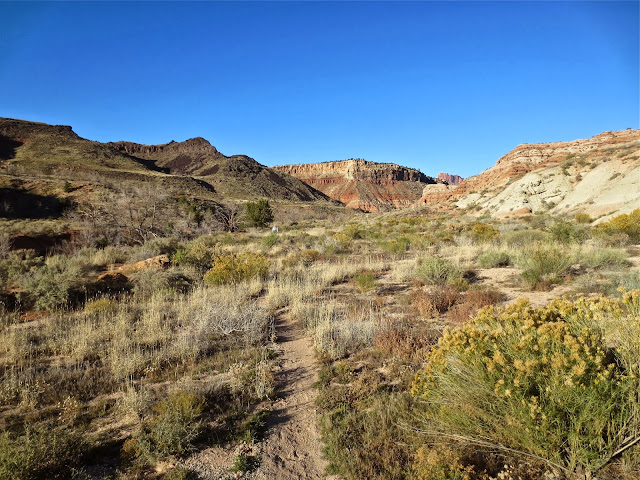