To Engage or Disengage: Embracing The Third Chapter Of Our Lives 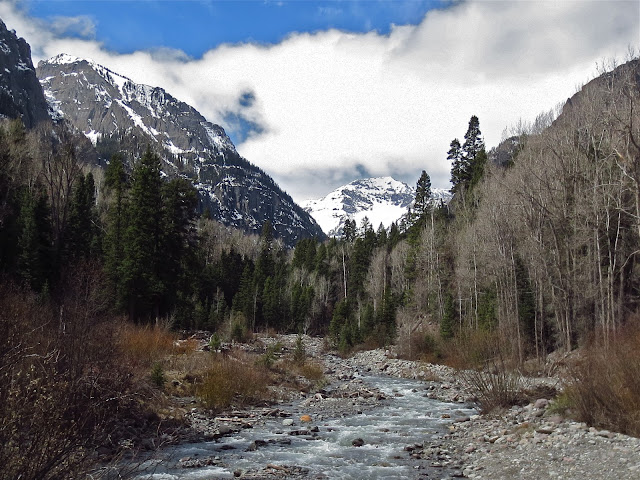 "There are sounds which shatter the staleness of lives, transporting the shadows into the dreams." Nikki Giovanni

We were hiking with Wiseones Susan and Maikel in Chiricahua National Monument, way down in the southeastern corner of Arizona, when our path intersected with a kindly looking "older" couple. Susan, naturally, engaged them.

Allow a brief tangent here, or maybe tantrum would be a better word. I could do an entire blog post about Opportunities Lost from lack of engagement, by not striking up a simple conversation with someone you don't know. Instead, I'll try to weave it into the fabric of this post for the sake of efficiency and food for thought.

Often we miss little from lack of engagement. But "littles" have a way of adding up over time...some grow up to be cornerstones. Then there are the biggies, those people with whom we engaged that filled holes in our hearts and lives. I'll give you one example: I met my soulmate, Bobbie, at an Athletic Club.

A simple conversation that barely tweaks one's life-course now, in the present, has the power to shift destiny. Geometry majors understand this well, that a misalignment of even the smallest measurable degree compounds over time/distance. That "tweak" can land one in an entirely different world years down the road. In a way, Life is the summation of innumerable tweaks, and if you believe, as I do, that our objective here on earth is to find missing pieces to the Grand Puzzle, then you realize the futility of going round and round in familiar rutted circles...avoiding change and messengers, isolating and insulating from "potential." At our core, we are wired to be social, and, in the Great Scheme of things, our survival has, and always will, depend upon it.

So, engagement is Susan's Gift. I have personally observed both the bounty and "bootie" that comes from it...how it enriches her life and even those around her zone of influence. Though I try and try to receive her gift, it doesn't come as "natural" for some as it does for others. And while I can't quantify the "losses" that came as a result of my timidity, I can quantify the gains received from times when I've ventured a word, and watched it blossom into a conversation that enlightened and/or inspired (tweak).

Opportunities are lost in the voids of silence. We must not let fear, anger, or timidity tie our tongues or promote isolation. Withdrawal, and to some extent, routine, is the beginning of the end.

Trailside, Susan plied her gift of engagement with the stealth of a practiced pickpocket, and purloined a short story from the older couple. Snippets of engagement are like Dominos, they can have a cascading effect when you act on the new information. That this couple was there for our paths to cross, way out on a distant trail in the middle of a plantation of statuesque boulders, was due to a book they had read, one that tweaked the trajectory of their lives post retirement. The book is entitled, The Third Chapter, Passion, Risk and Adventure in the 25 years After 50, by Harvard Sociologist, Sara Lawrence-Lightfoot. Like the wallet that gets purloined by a pickpocket, it might contain a fortune, or it might be empty. Bobbie acted on the new information, ordered the book from Amazon. Nothing ventured, nothing gained.

Who among us in this mostly AARP aged BCB audience, wouldn't lift a curious eyebrow at a book with such a title? Who among us is not at least curious, to at most, concerned, about "the third chapter" in our lives? Who doesn't want or need more information? Let me see a show of hands...anybody think they got it all figured out? Of course not. Why? Because we're all a little frightened of the unknown. Why? Because most of us see/saw what happened to our parents. That doesn't mean it has to be the same for us; it could be better, it could be worse.

Maybe we should be proactive...go on offense instead of relying on defense in our own third chapters. Maybe we can control some of those "chips" that fall in uncharted waters, where there is bound to be a storm or two. Anything resembling a map that might help us navigate could make a difference. Time is of the essence, because what use to be way out in the future, is now standing on our doorstep.

Here is where I need to tell you that I didn't actually read The Third Chapter. but instead relied on Bobbie's Cliff Notes version. As she read along I would ask what the secret was to making a plan for "adventure, risk and passion" in the third chapters of our lives. "How far off are we?" Well, Bobbie finished the final page last night, and I began probing for answers first thing this morning. "Do we have it right? Are we close? If not, where are we going wrong? I want more 'passion, risk, and adventure!'" Like a typical male, "Answers, Woman. I want answers! I don't want to read the stinking instructions...just tell me what to do!"

I've spent the morning listening to Bobbie recap the highlights of the book. It goes without saying, you need to read the book. There are many examples of what and how seniors took on new challenges that enriched their "third chapters." Often it was going back to something they were passionate about while growing up, either in college or high school, you know, before LIFE's realities laid waste to youthful idealism al'a bull in china closet.

A few chose magnanimous pursuits, like relief work in third world countries. Certainly risk and adventure there. And a few chose volunteering for a cause they were passionate about, like animal rights/shelters. Most, however, pursued the Arts...music, writing plays or novels, painting, sculpting, and so on. Risk? Yes, I think so. Putting oneself in the role of a "beginner" at a mature age, making mistakes, is not easy. Adventure? Well, that's in the eyes of the "beholder." Certainly there is "adventure" when one undertakes a new direction, indulges a new passion, and risks making a fool in the eyes of others. If you don't believe me, try dangling your participles, watercolors, photography in front of an audience.

Ms Lawrence-Lightfoot says that for some, "It's hard to leave roles (careers) that gave us responsibility and status...influence and power." I can understand that, but "status-seeking" doesn't really apply to me, unless you count finishing mountain footraces like Pike's Peak, Imogene Pass and Kendall Mountain. And as far as the "responsibilities" in my career? I couldn't wait to rid myself of their weight, to "hoist the anchor" and get on with freedom and exploration.

Which attitude is more likely to bring meaningfulness to our lives? In the end, it's about continuing to learn, we must continue to expand and exercise our minds and bodies. When we cease to do that, the final chapter of our lives is being written, and the book will soon close with an imperceptible thud. All that will be left is our legacy, something that seems to be of more importantance in "Third Chapters." 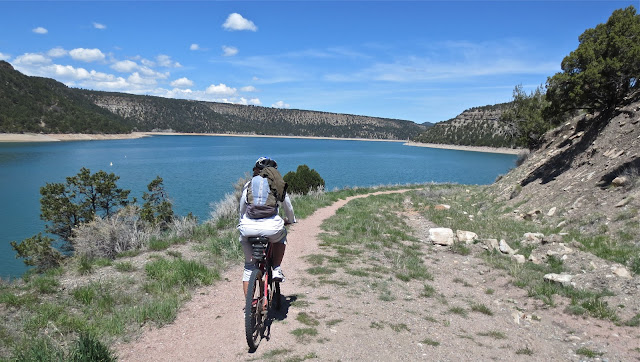 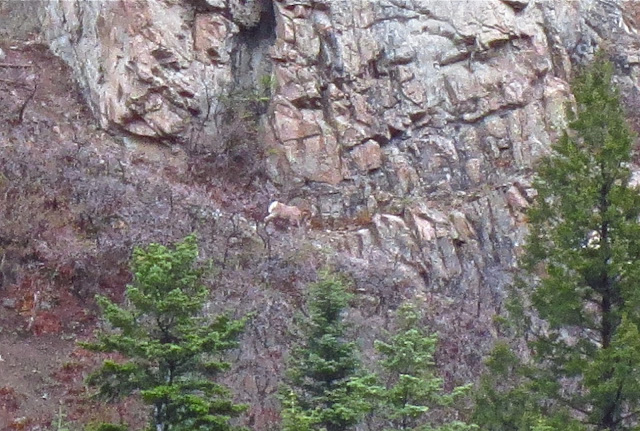 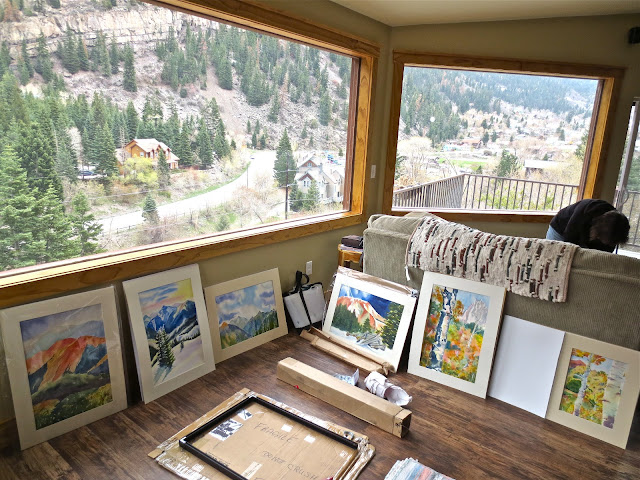 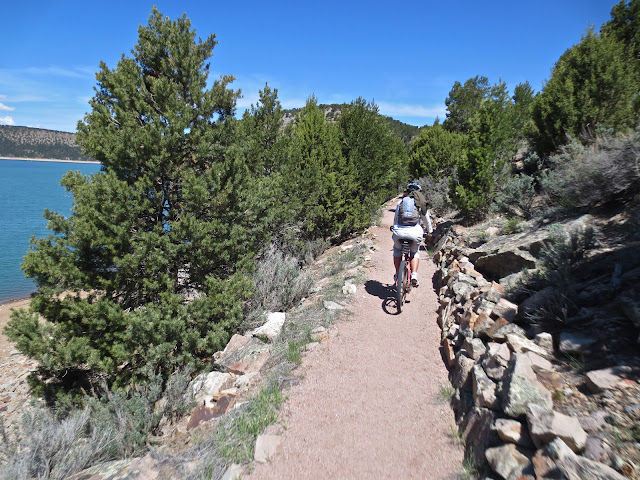 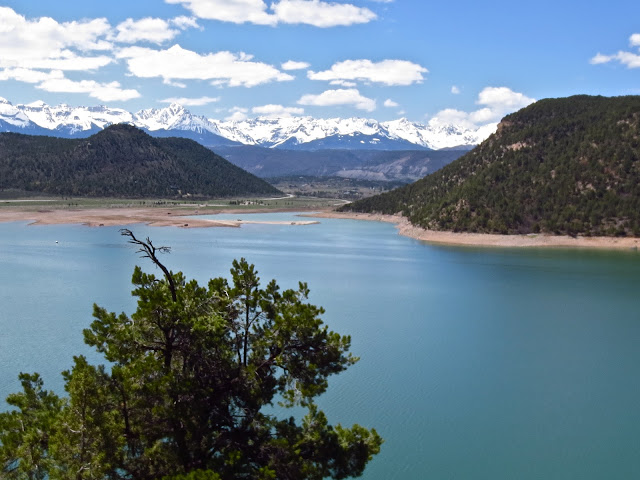 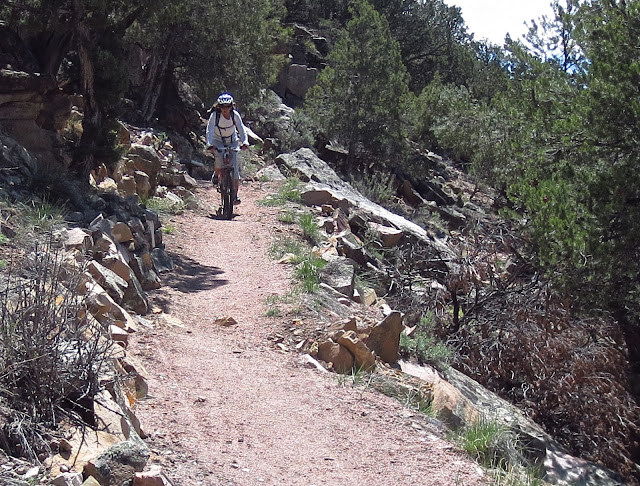 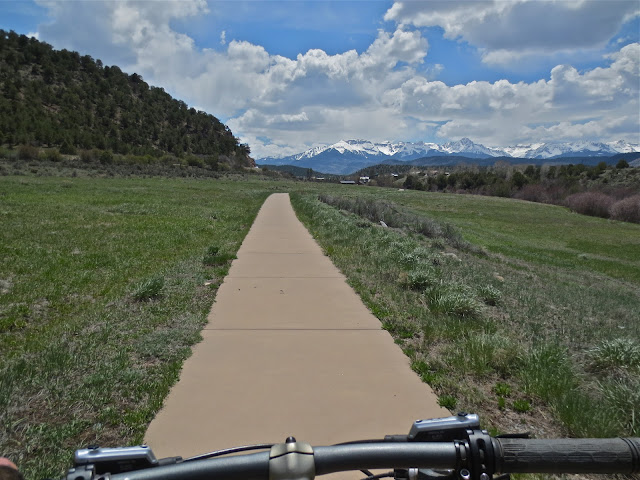 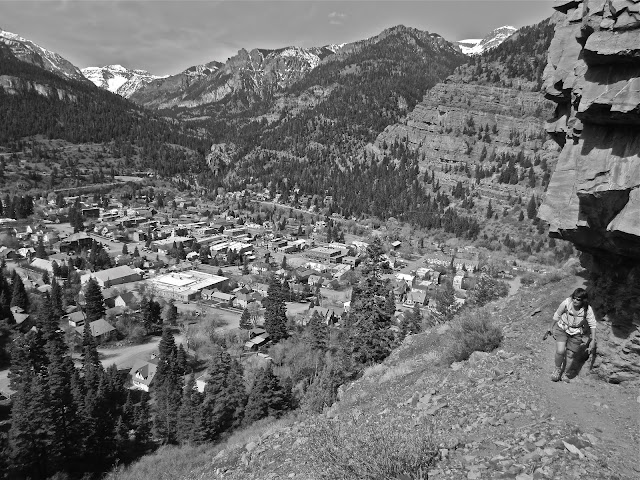 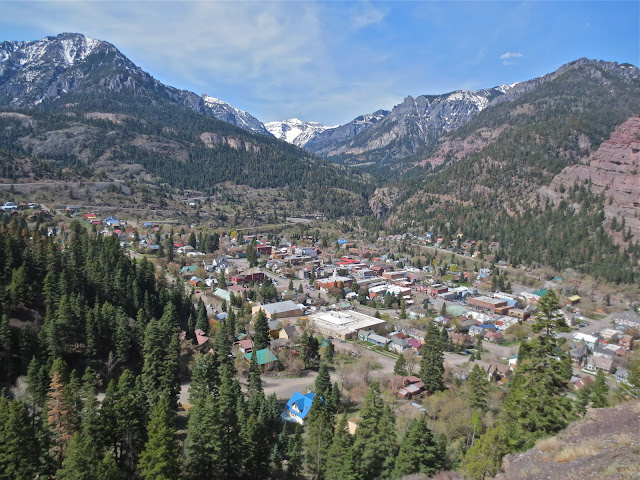 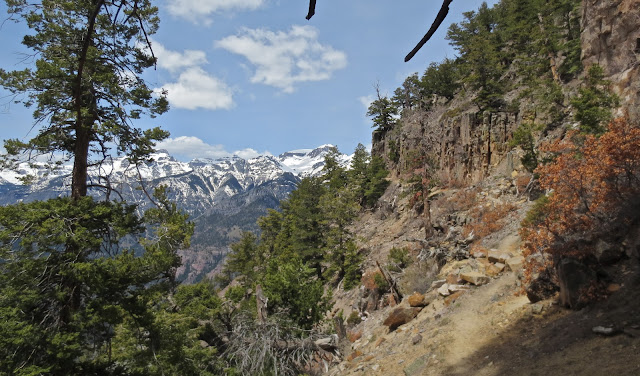 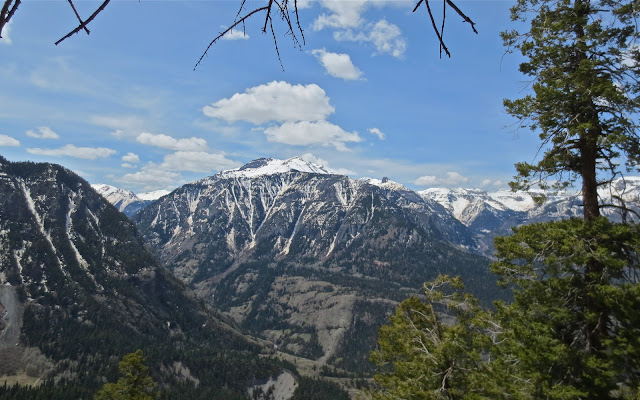 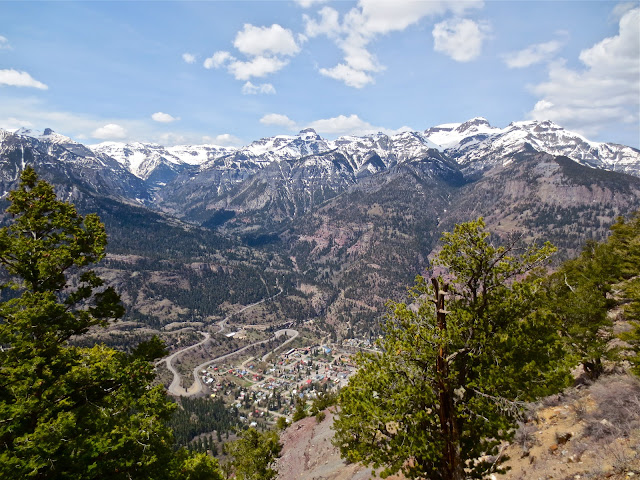 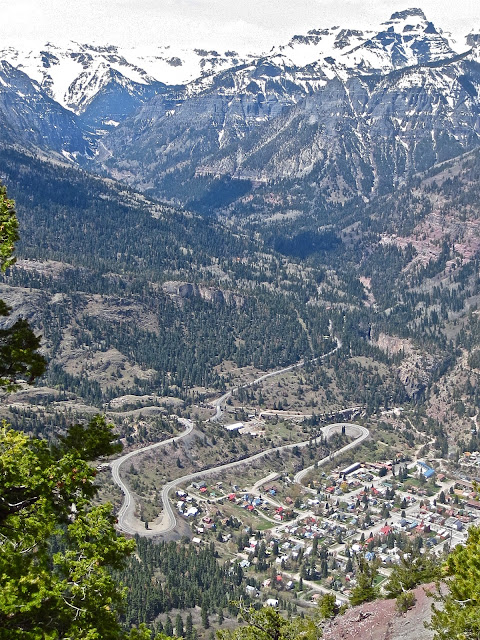 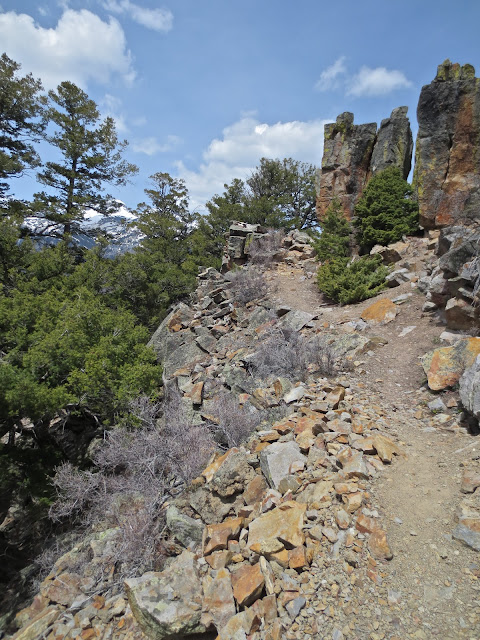 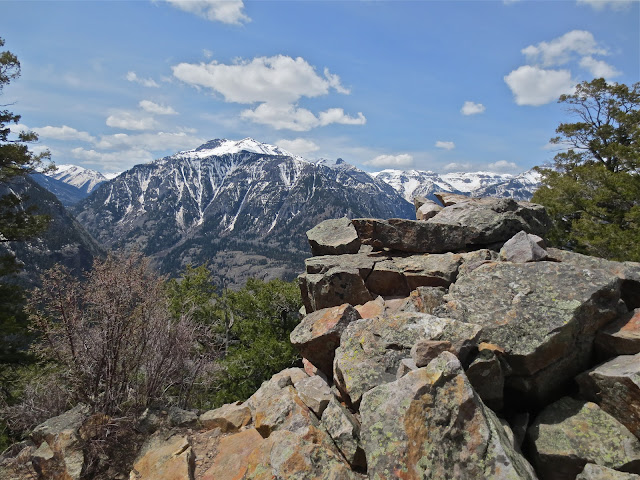 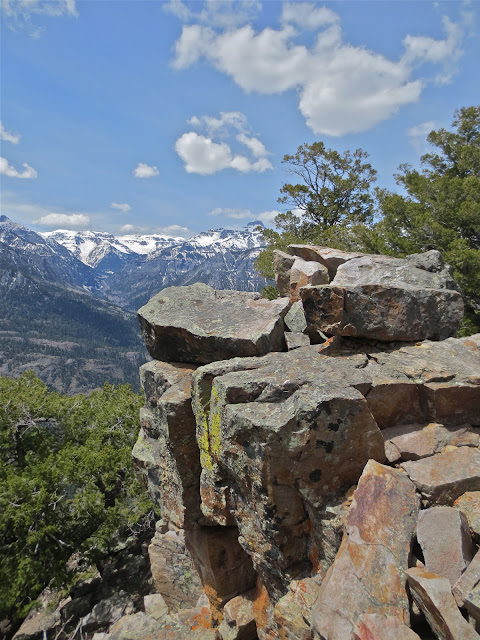 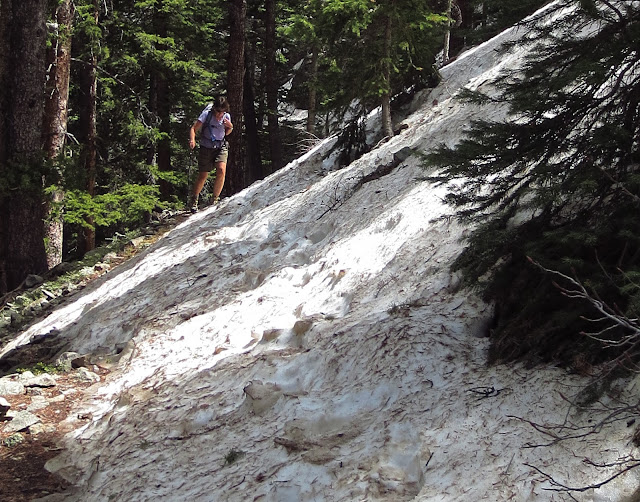 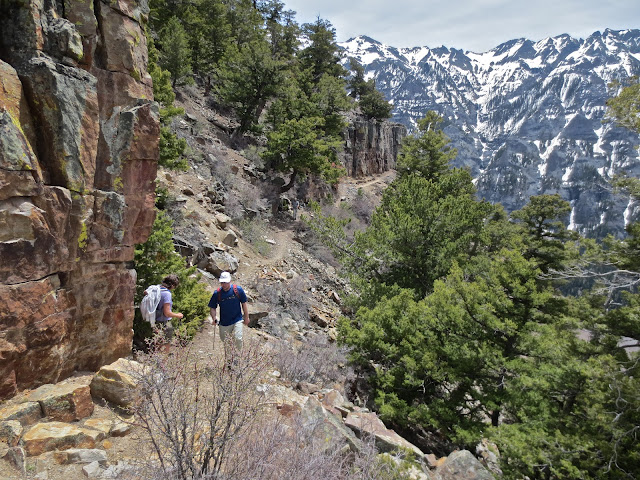 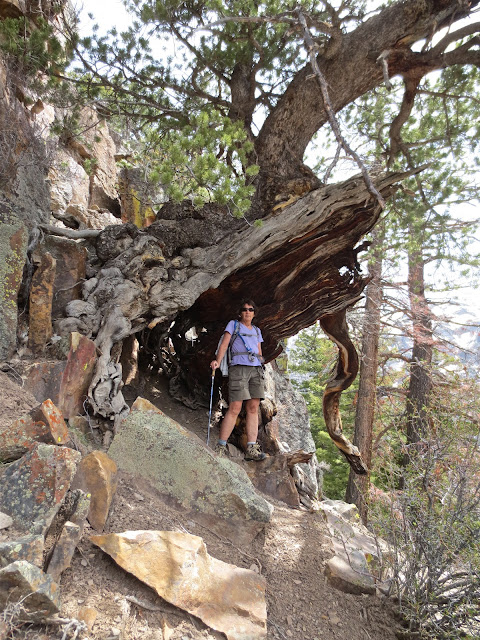