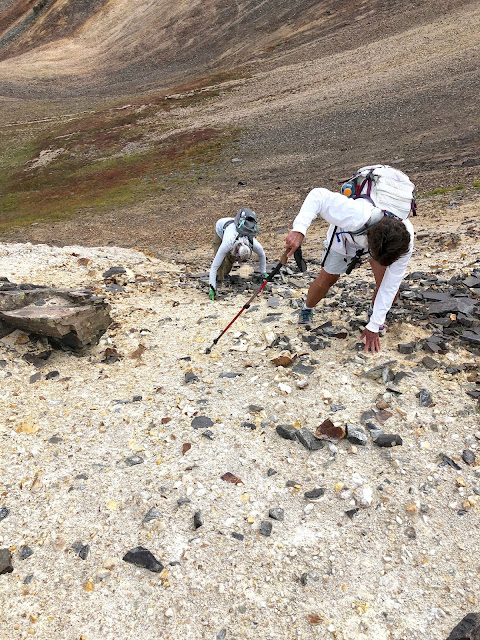 The route is vertiginous, to the degree that you can almost feel the flow of talus underfoot. That the the whole hillside doesn't give way and slough downhill and close the Jeep road access is beyond me. 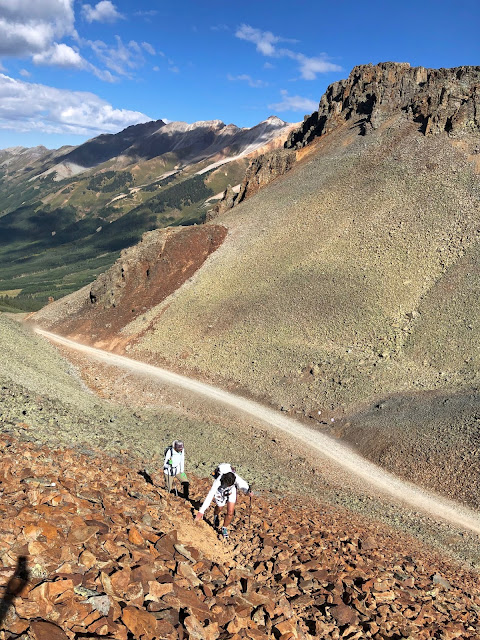 The landscape is surreal, Mars-like, if you will, utterly barren and devoid of vegetation. Maybe it's the thin air, but I swear I can feel life being sucked from my being. It's not all that much different across the pass, except for a patch or two of stunted pines that, evidently, found soil enough to support a fledgling root structure. My oh my. These San Juans are nothing if not rugged. 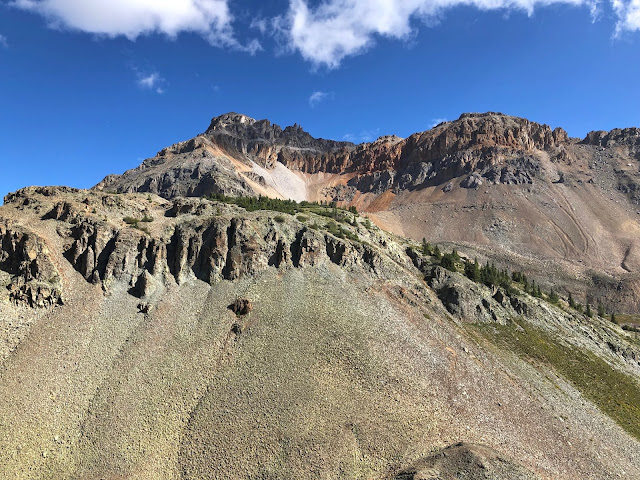 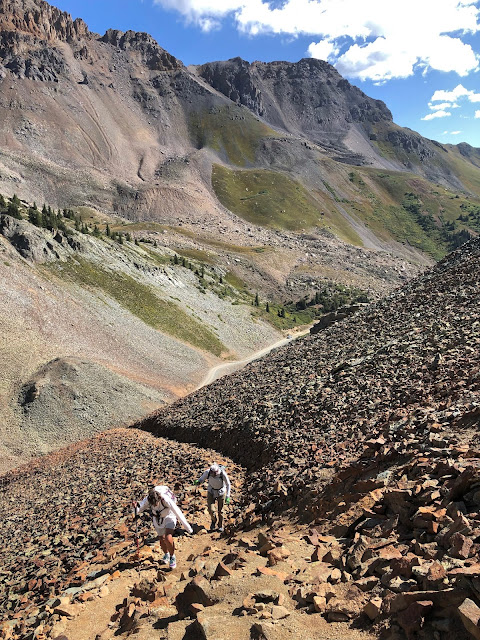 The grade eases up a bit. There's sterile dirt here and there, powder-dust, most likely from rock on rock abrasion. It doesn't support life, that's for sure. But the minerals, especially iron, supports a wide variety of color. 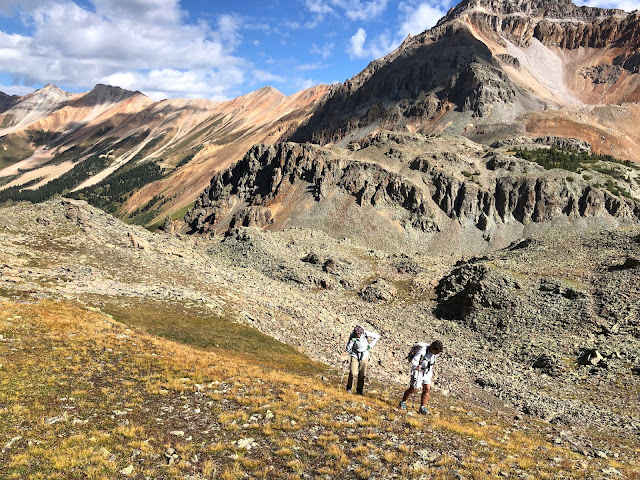 Eventually, we stumble across a smattering of tundra. It feels better on our feet, like going from stones to carpet. Then, all tucked away, out of sight except for aircraft, a hidden lake appears. I wonder how it holds water set in porous talus? 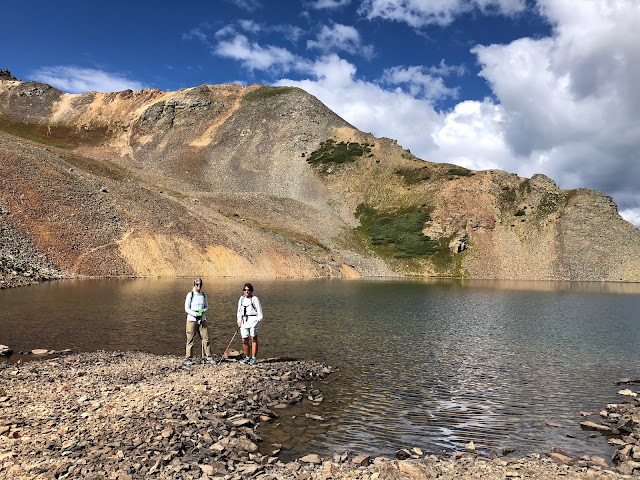 Rising above this gem of a lake, a half-circle basin, the shedding source for all the talus. We are compelled to ascend, try to gain the ridge to see what's on the other side! 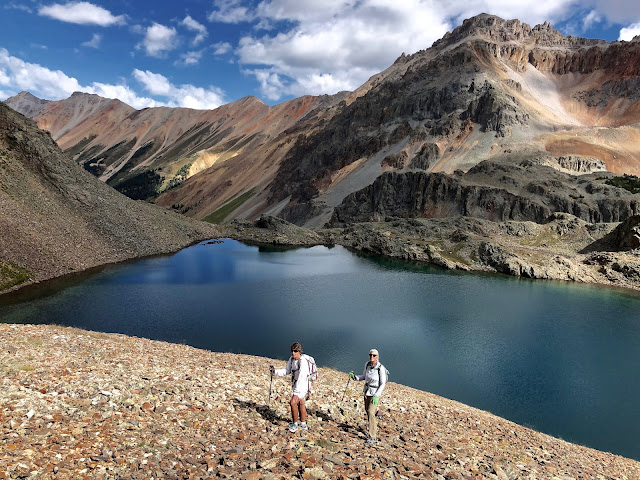 The sun comes and goes. Puffs of clouds cast playful shadows that move across the landscape. Above, the girls are lit, while beyond, the lake and mountains grow dark and mysterious. 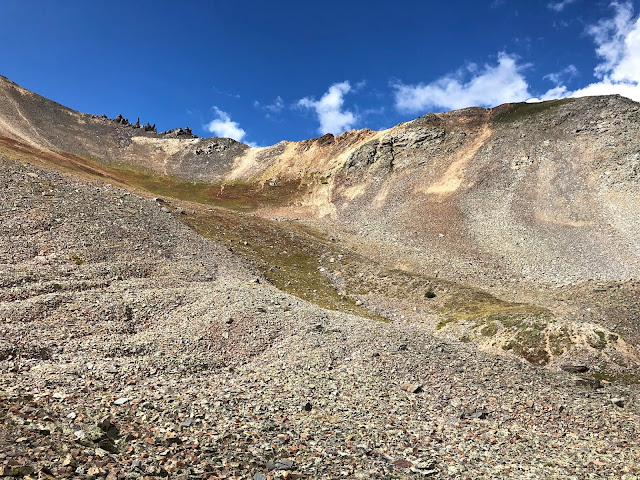 The basin rises above, steepening and sporting an in-spired ridge line. It peaks our interest. Can we get up there? Is it too steep and loose? 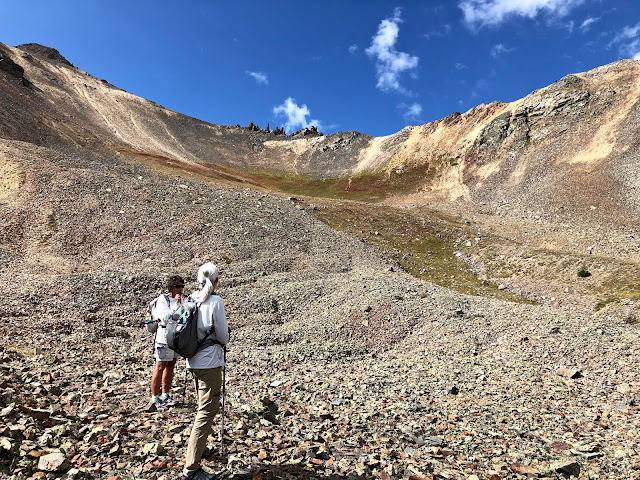 We decide to ride a tundra trail as far as it will take us, then see how it goes on the rocks. 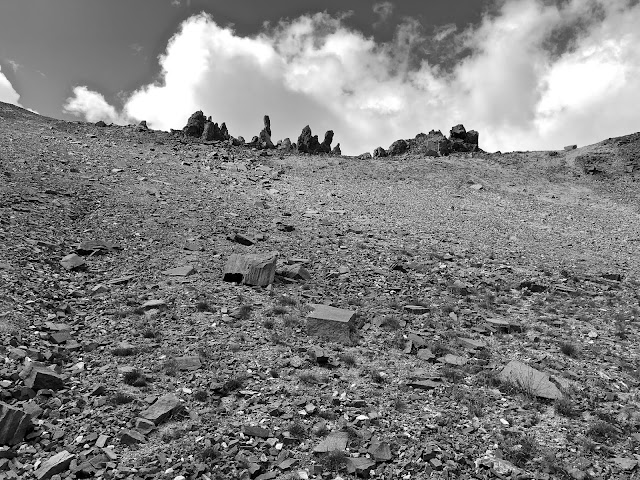 We're getting close. It's crunch time now, choose your own route and navigate by the seat of your pants...literally! 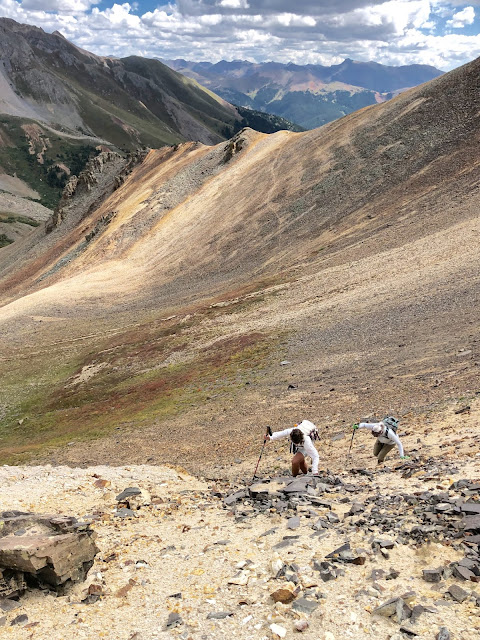 As usual, the last hundred feet is the most difficult. Being so close, we don't want to turn back. But the dirt is hard-packed and sprinkled with "marbles." Every rock we tug on gives way and slides downhill. 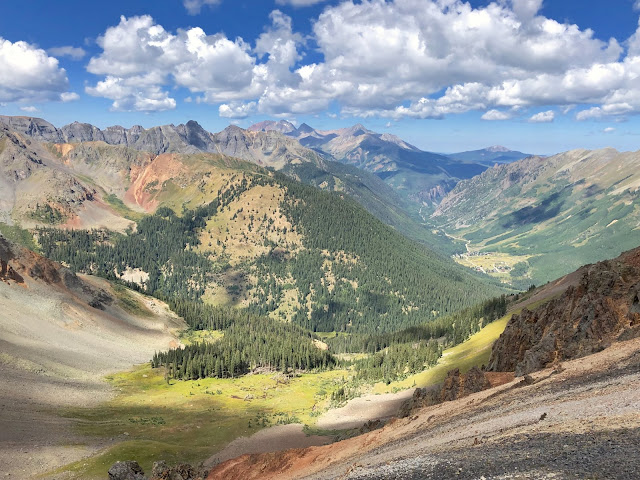 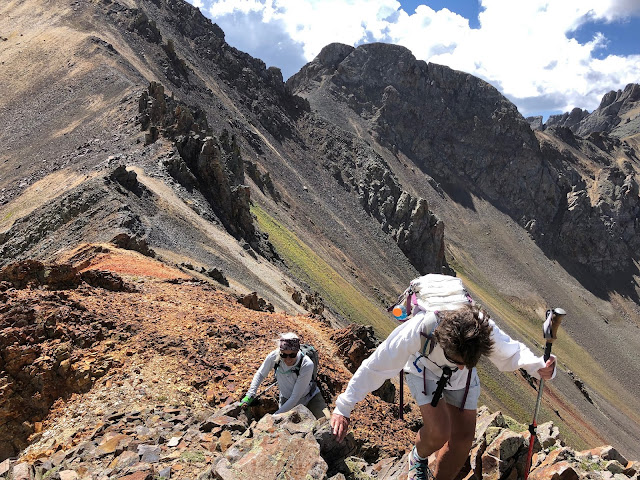 Spying an unnamed peak, we take on the ridge, moving slowly across rotten rock that tumbles downward at the slightest touch.
Panorama: Scroll Right...

Ruthie, Bobbie (The Two Old Broads), and I summit our little no-name peak and have a last look at the 360 degree panorama. Time to begin the long, loose, slippery descent. We hoped would be easier than the way we came up, but instead, it turns out to be sketchy, worse...if that's possible. 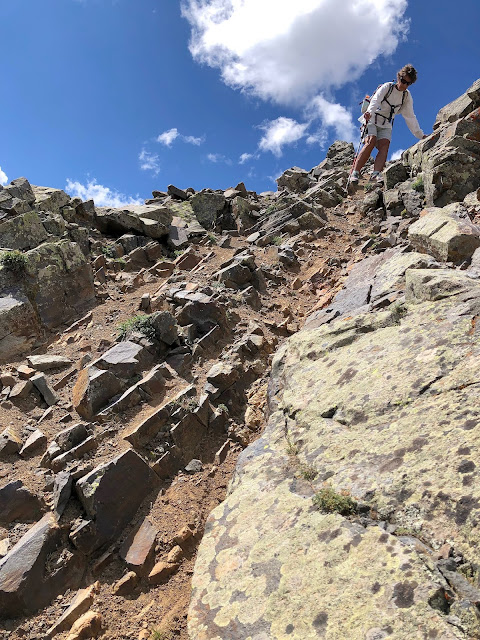 Nobody likes to retrace steps, so we decide it's doable. Might have to sit down in a few places and do the Butt Scoot Boogie. 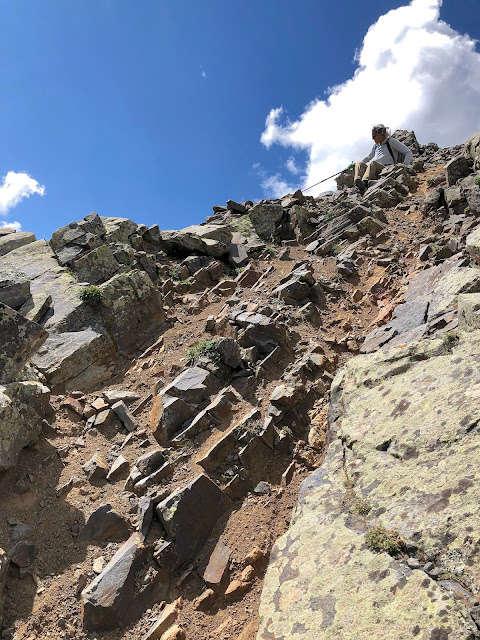 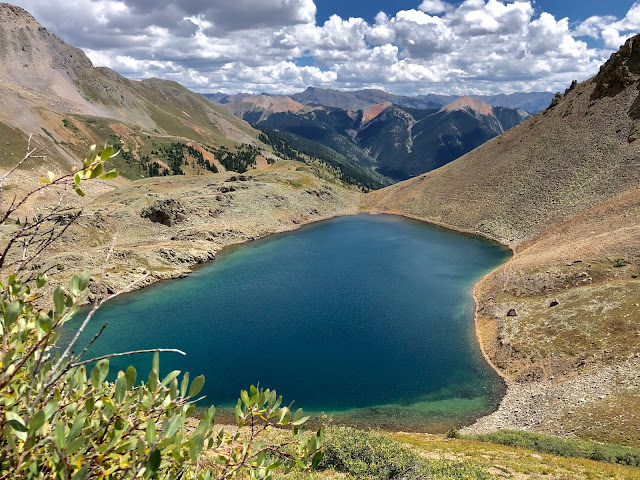 Another fine day above timberline, where the views go on forever and coloration is a near LSD experience...not that I would know, understand :0
Peace out,
Mark and Bobbie.