"Another One Bites The Dust" 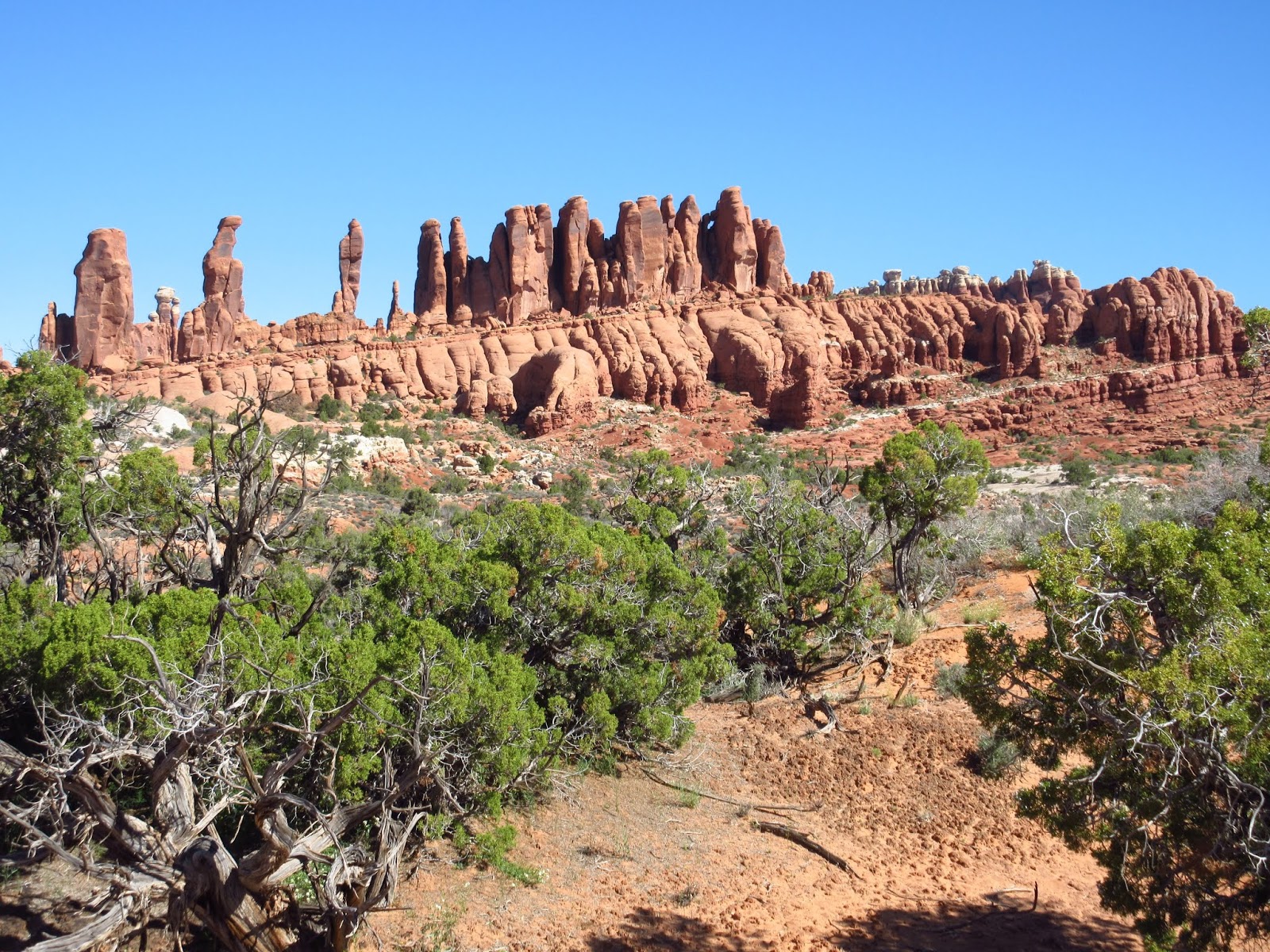 I had all but put Moab to bed, kissed it goodnight and turned out the light. Then someone sent me this...


I'll leave you with one last (I promise) hike-post and editorial from Camp Klondike, one where Pal Chris and I went in search of the elusive "Anniversary Arch."

Chris's GPS showed it was located near the front of the Marching Men, on the west side. We hopped on our mountain bikes and rode to Arches Boundary markers, then stashed them out of sight under a big cedar tree. 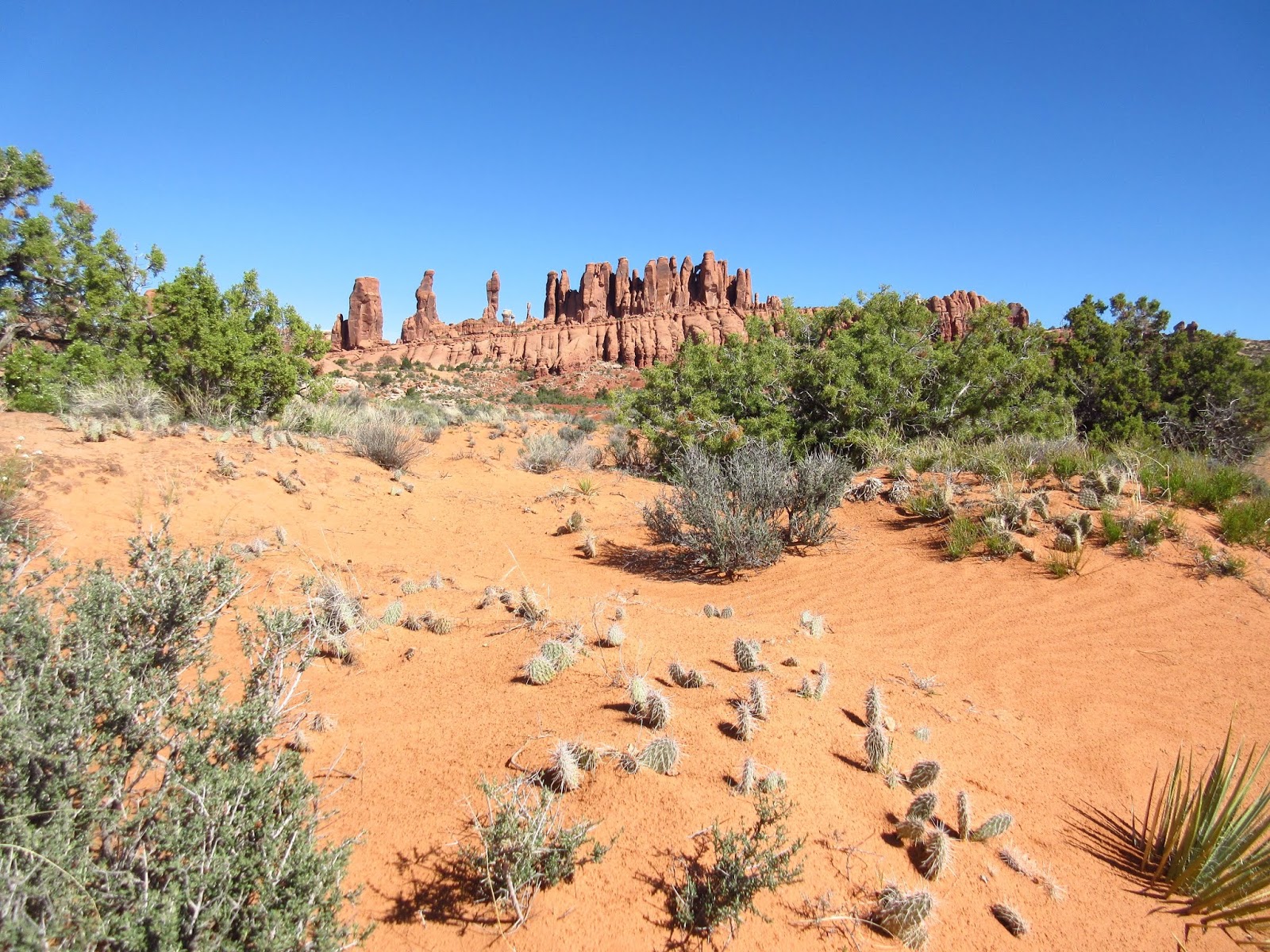 Yeah. Anniversary Arch is somewhere over there... 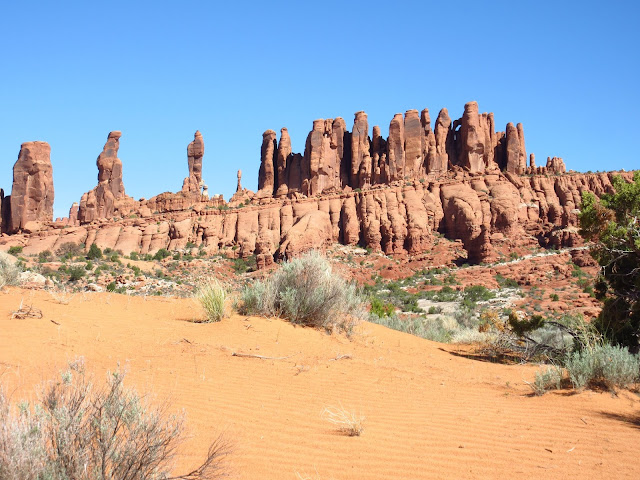 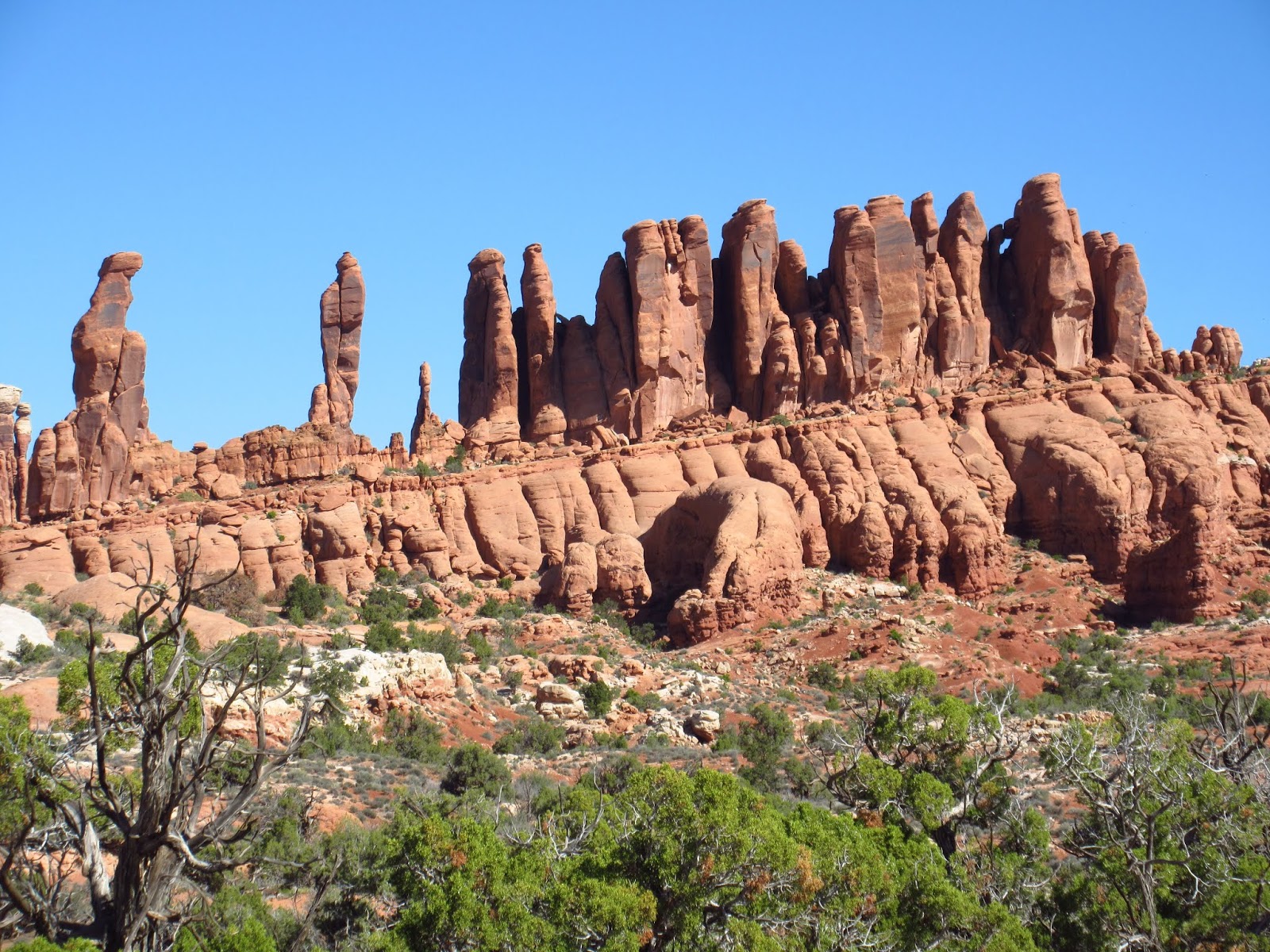 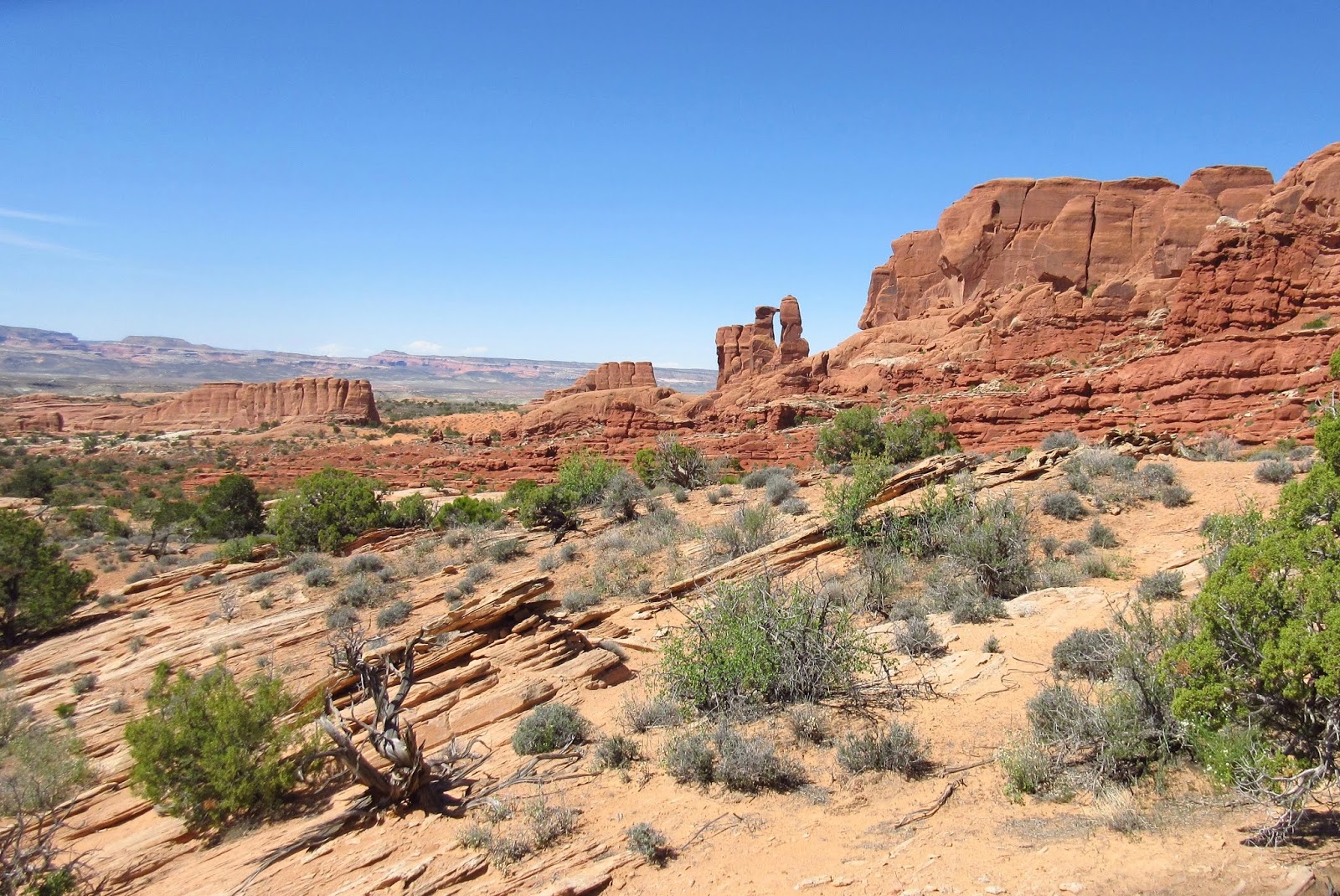 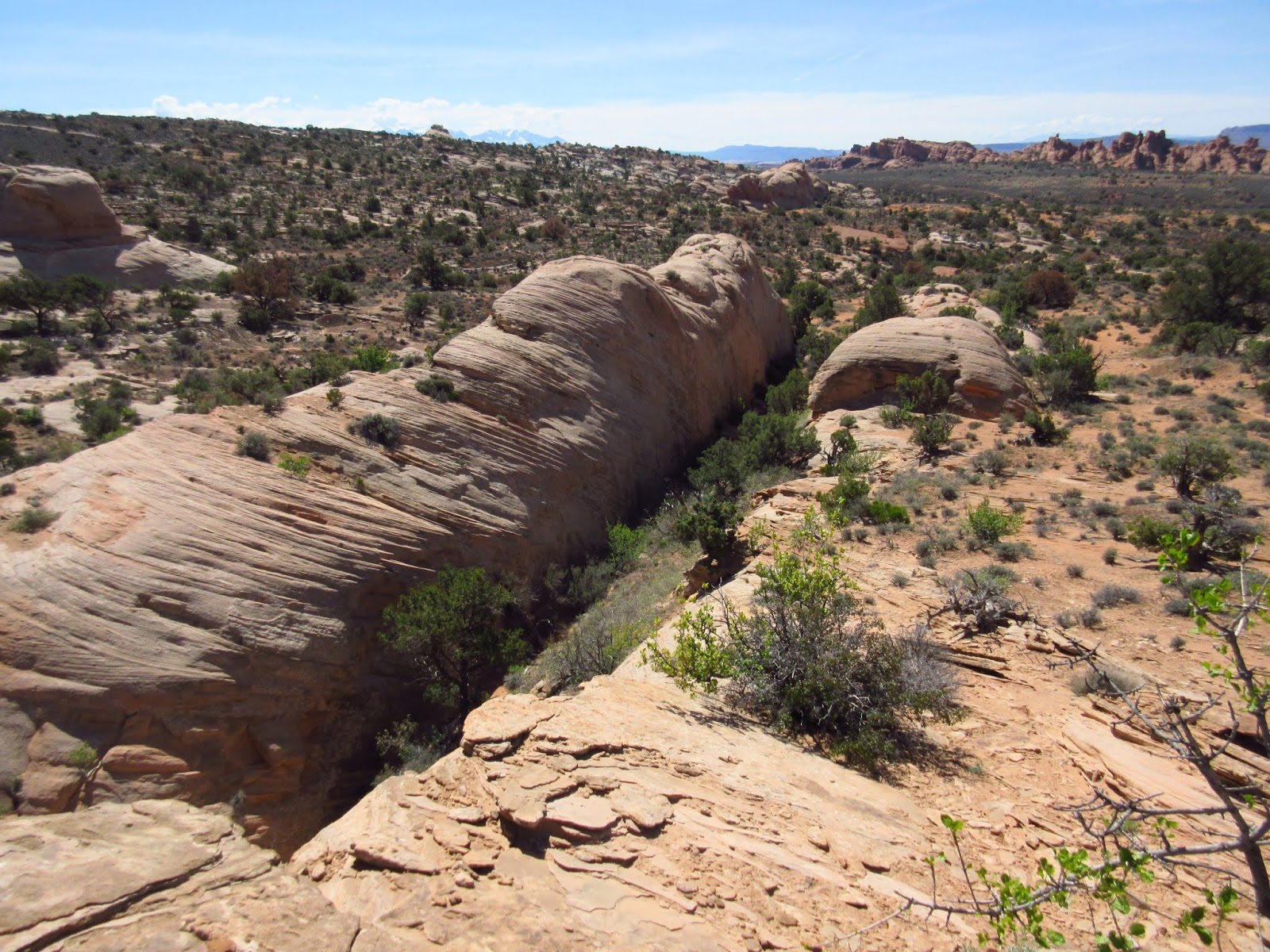 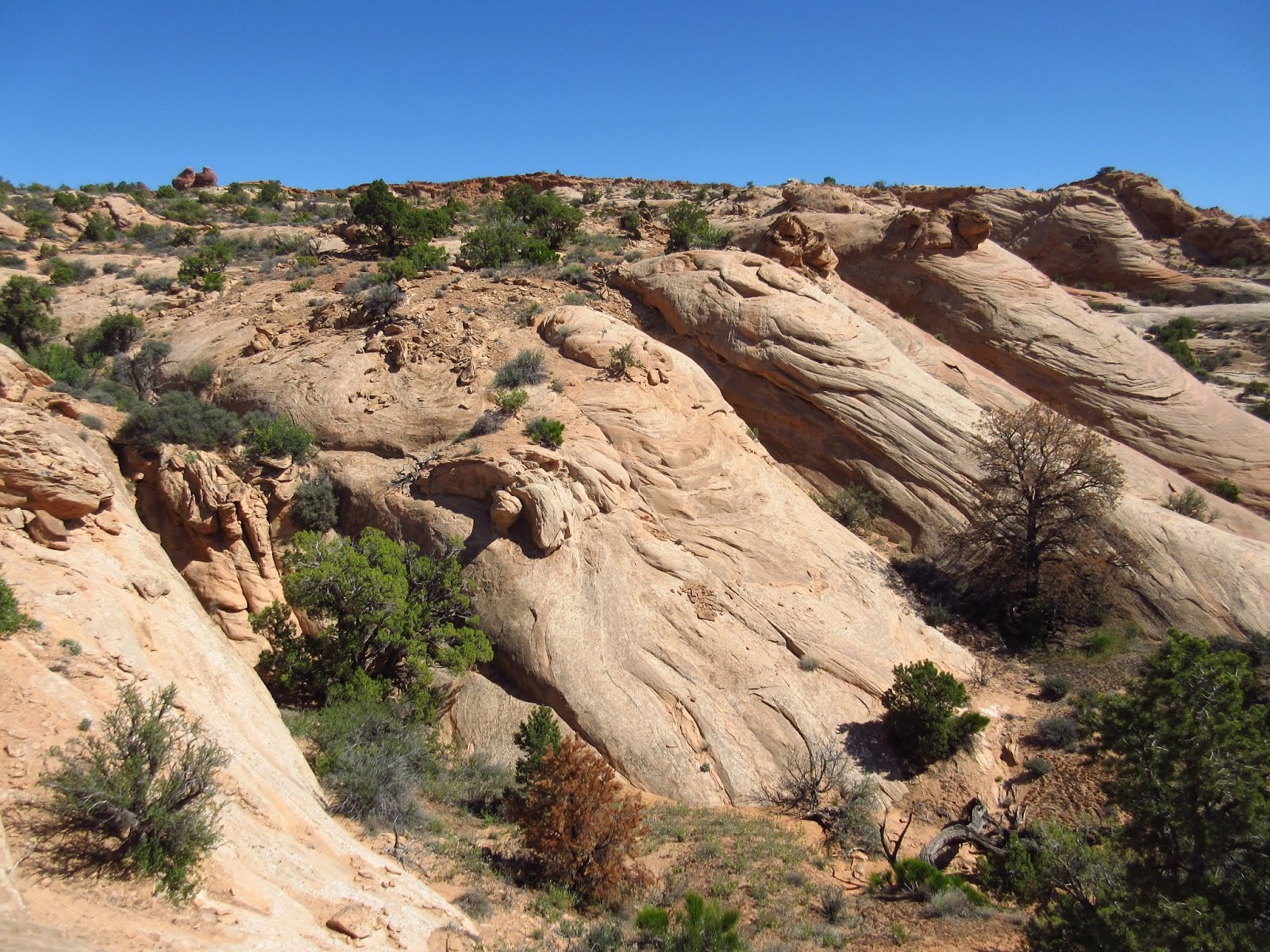 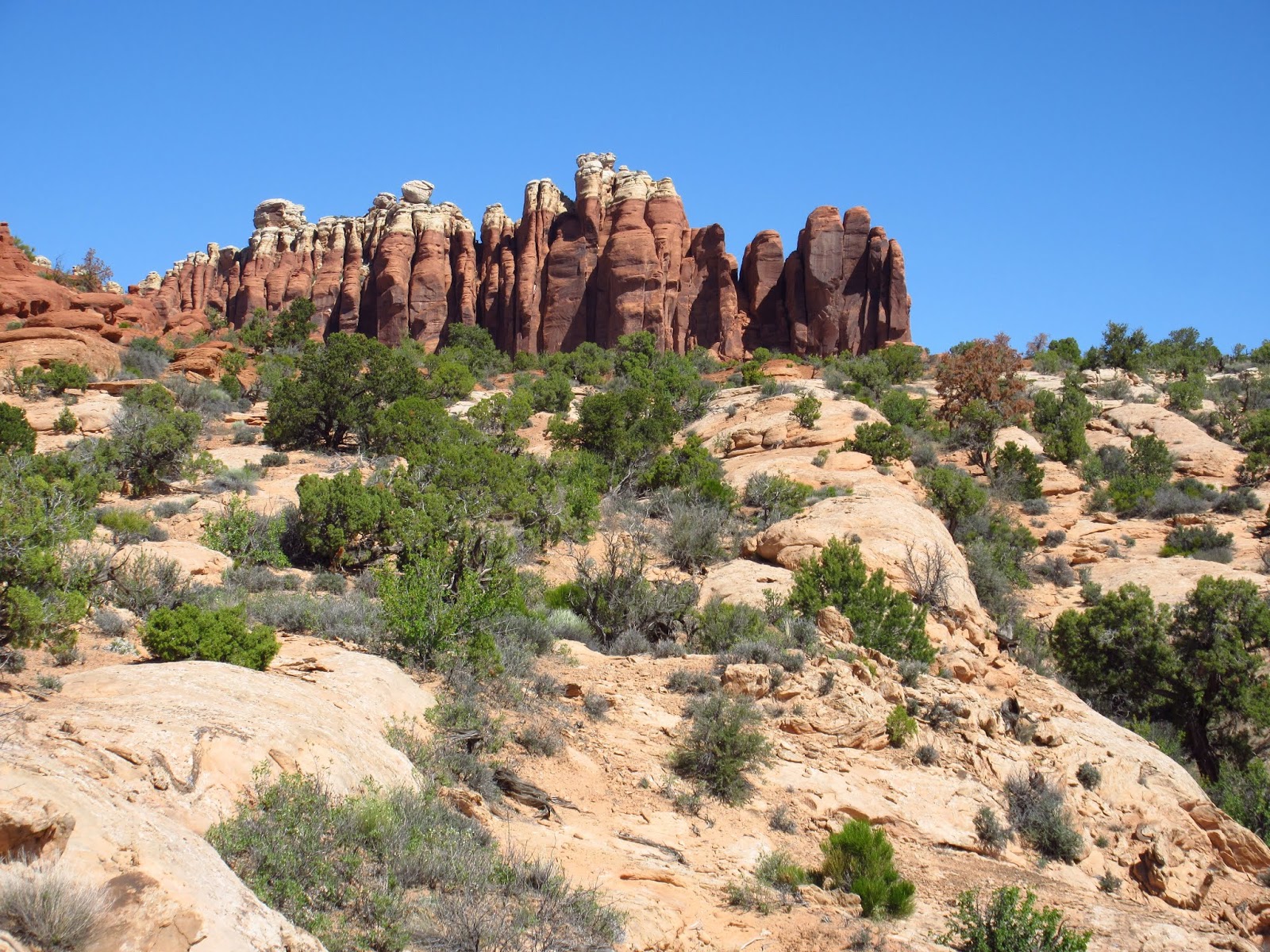 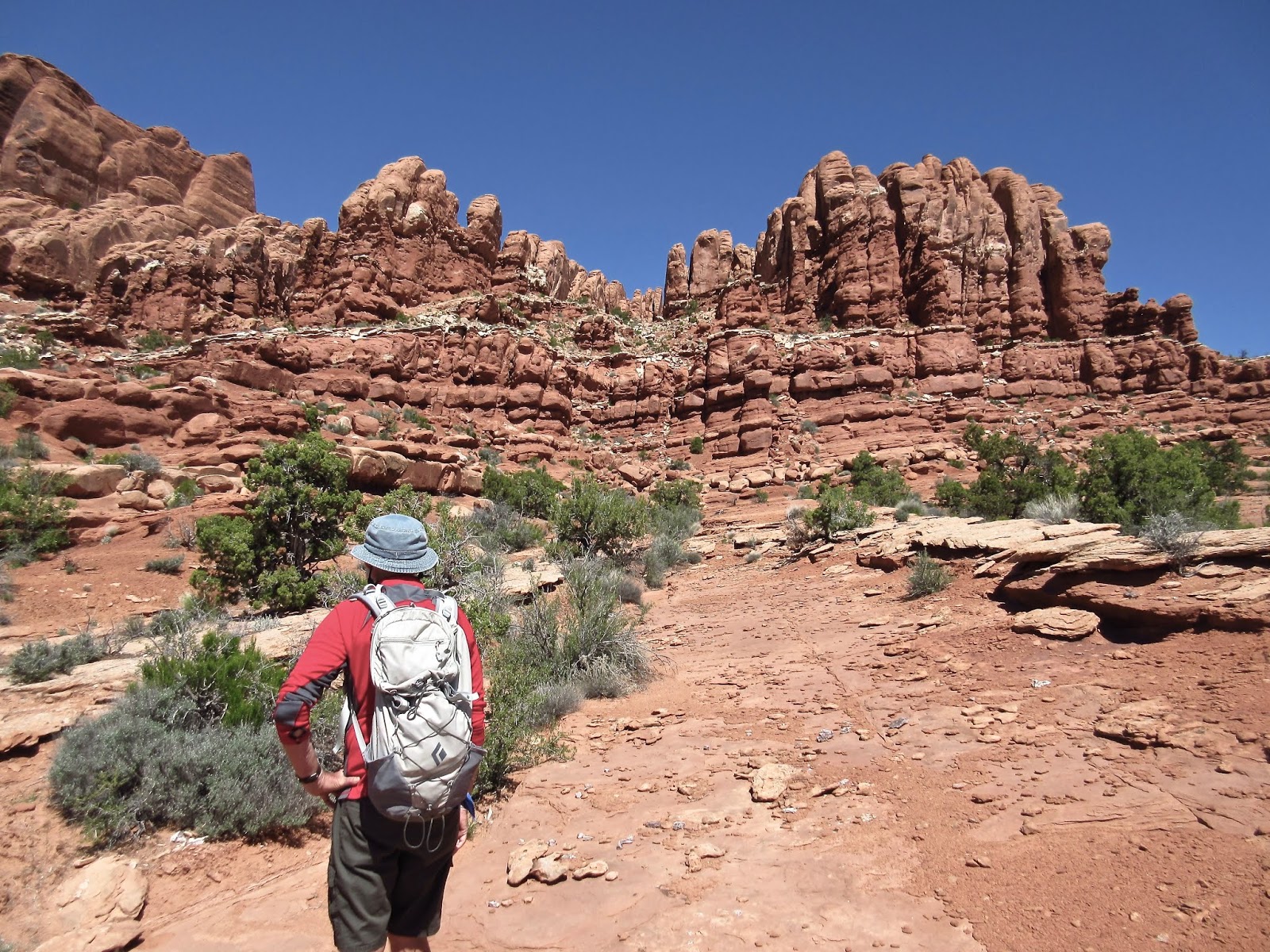 After a couple of hours of aim-ful wandering, Chris's GPS showed he was standing on top of Anniversary Arch...but it was nowhere to be found. Maybe it's closer to the Marching Men... Keep looking! 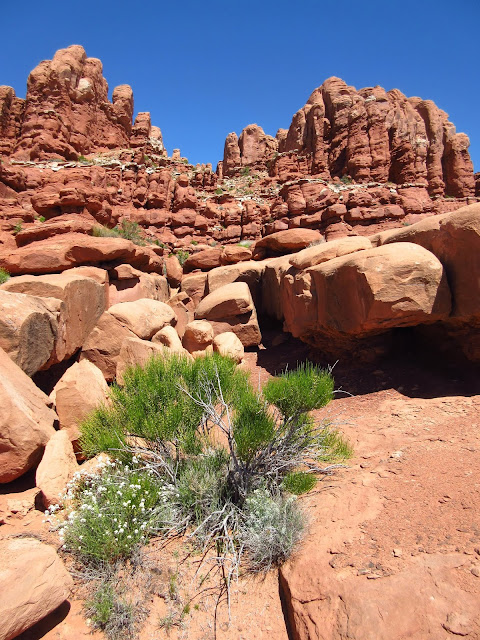 Not there...not here. How about over "there?" 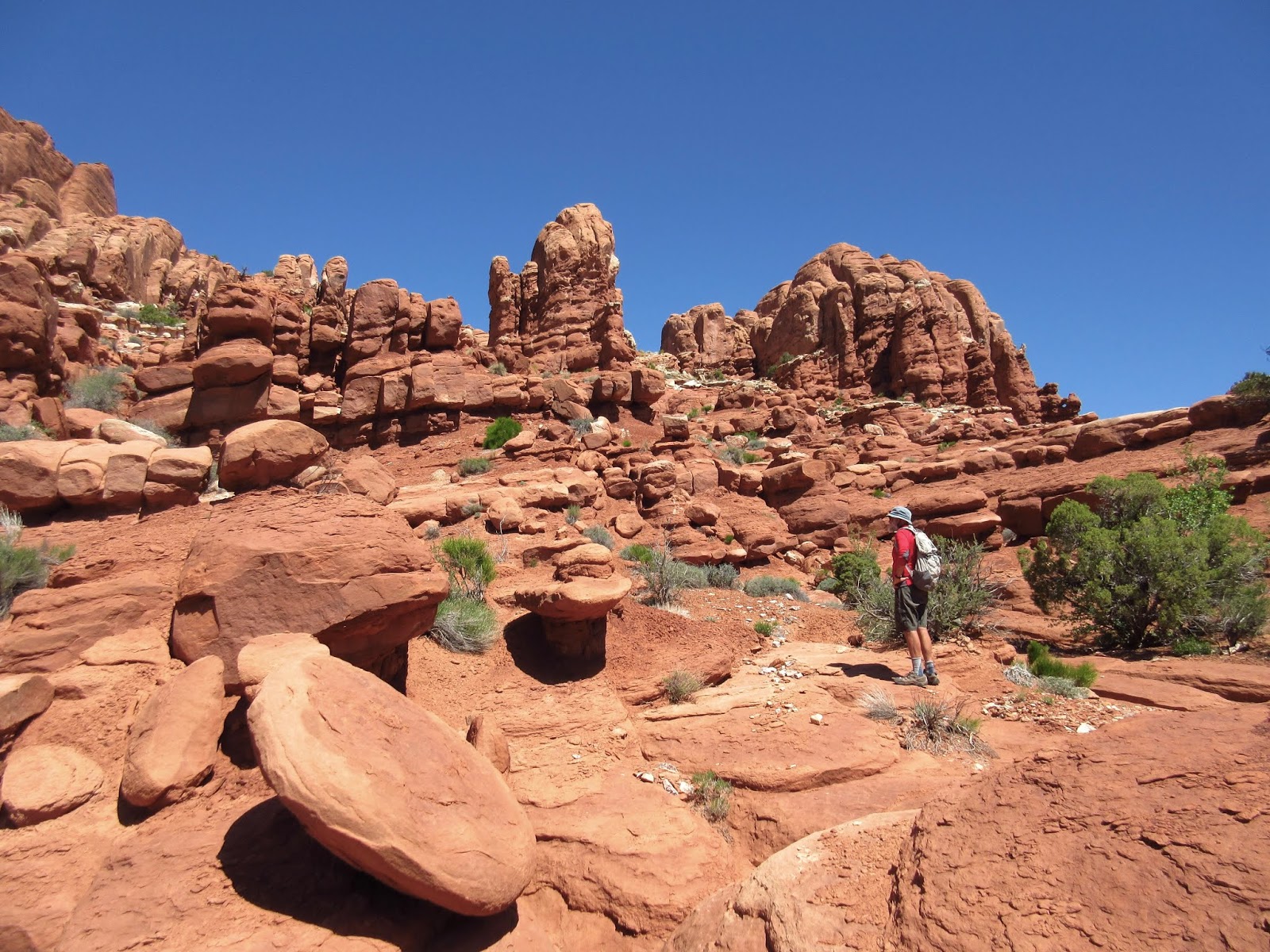 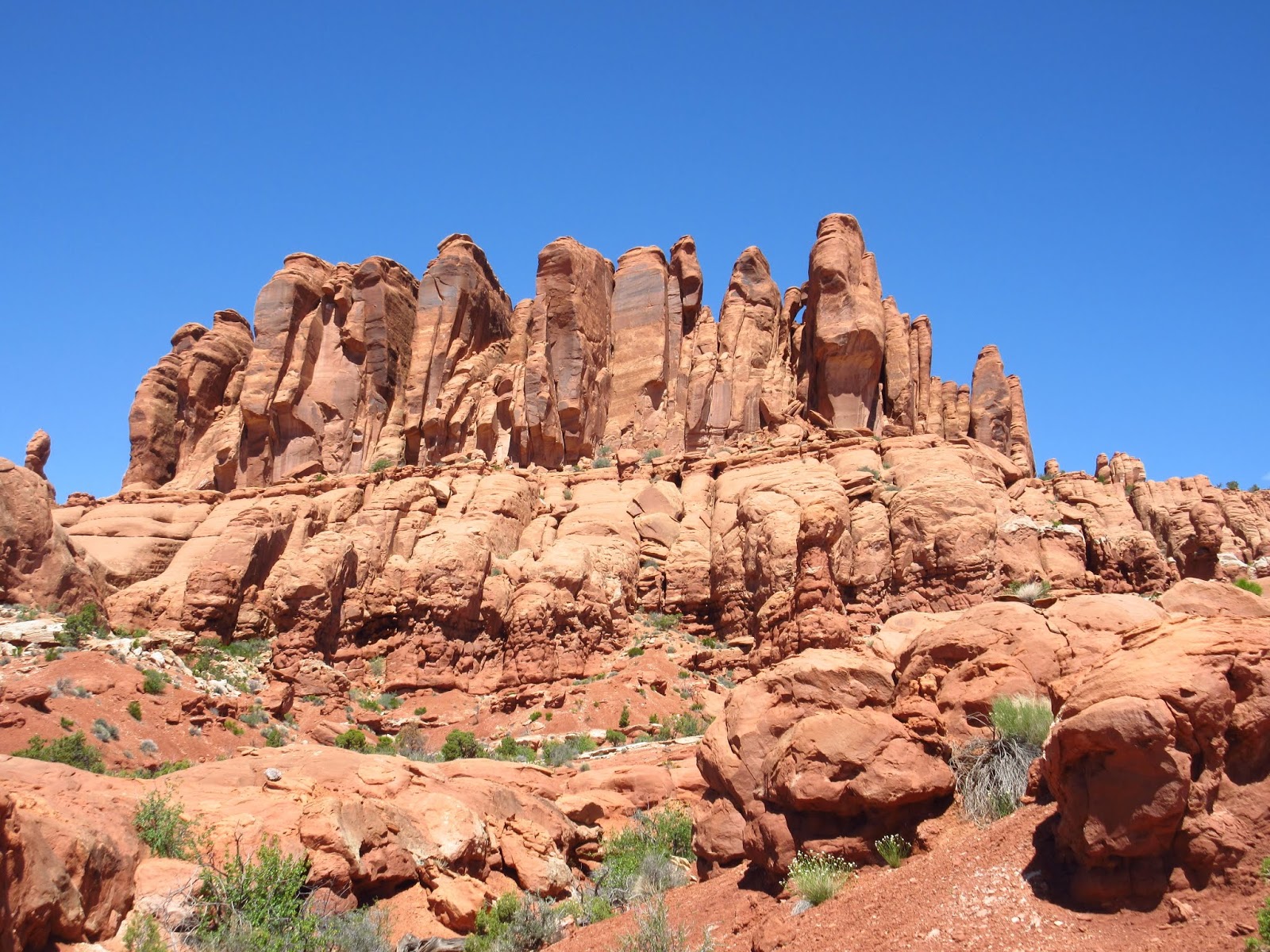 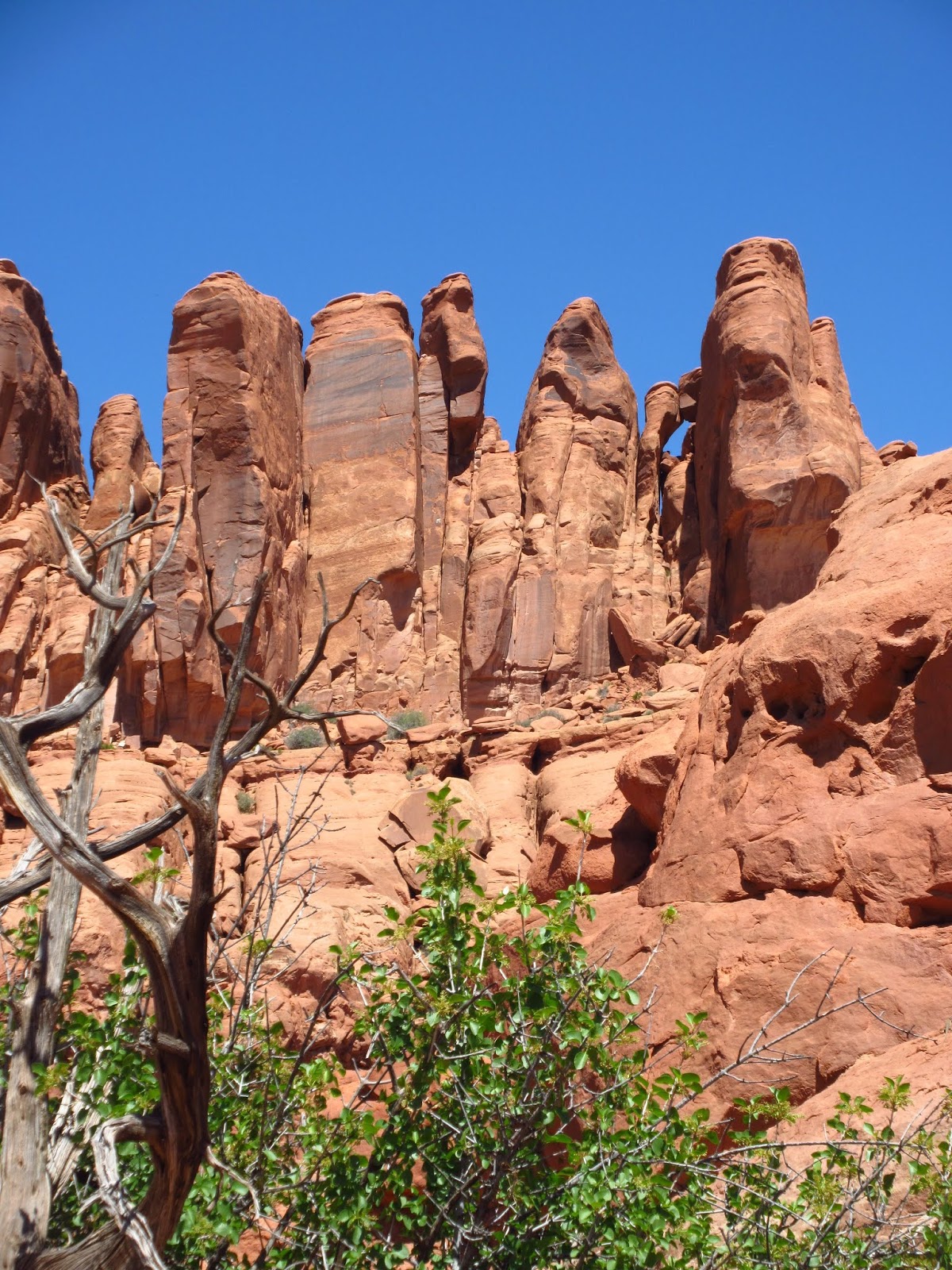 That has to be it, Chris.

He looks it up again. There's a photo of people standing right next to it. Nope...couldn't be that one. 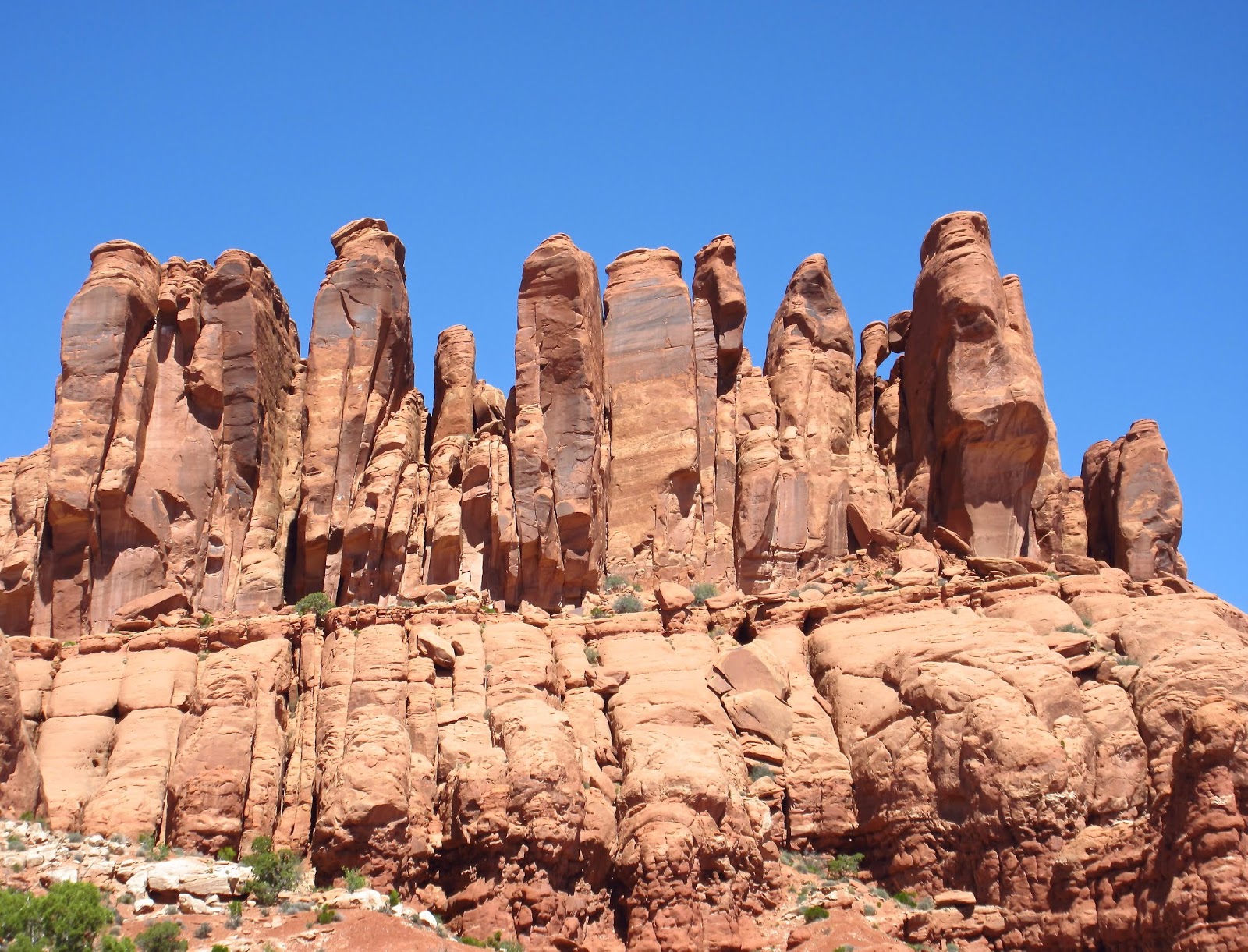 In an obscure wash, while wandering back to our stashed bikes, we stumbled across these "sharpening" grooves from the Anasazi era. 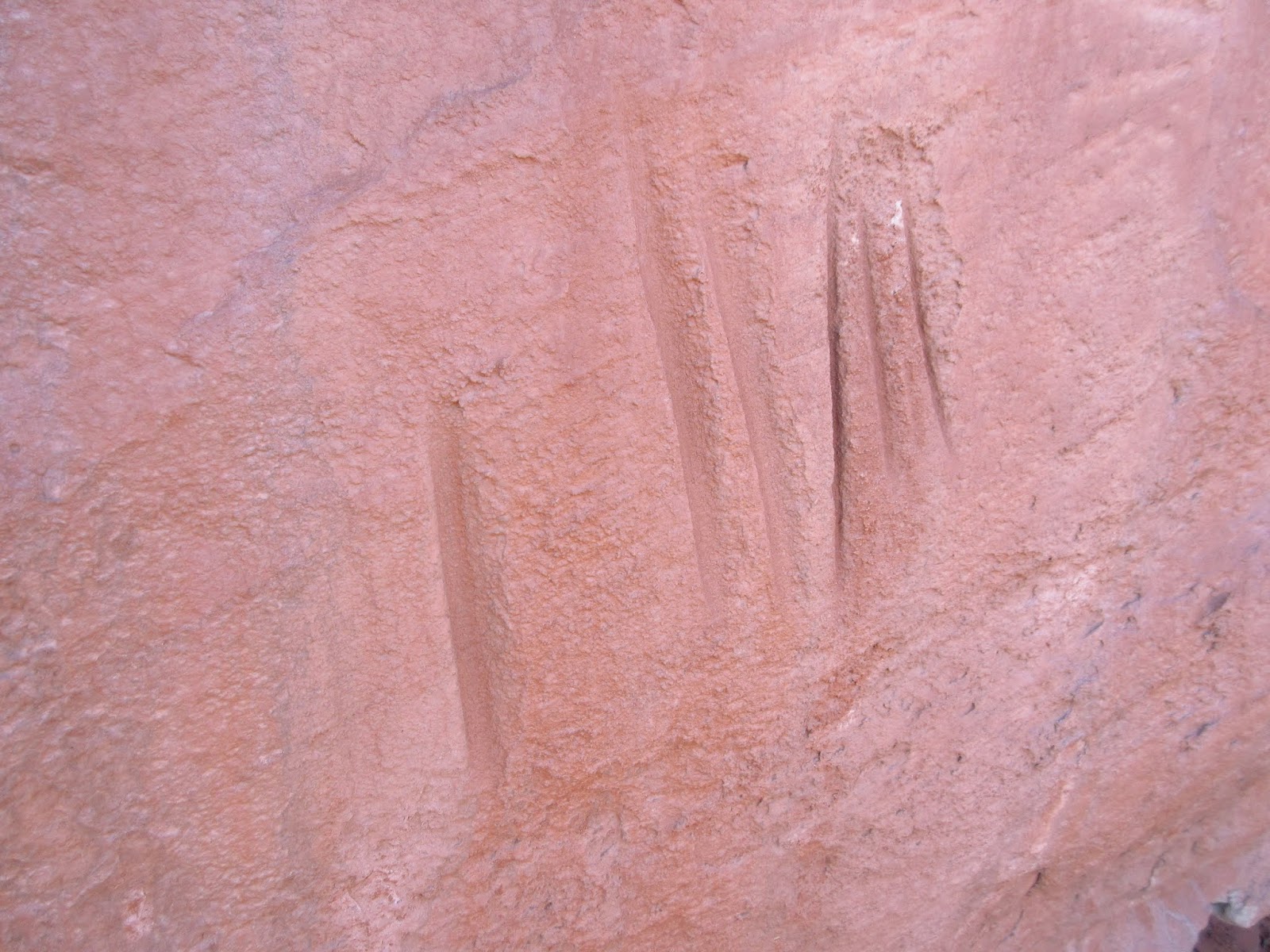 Not far away we found this... 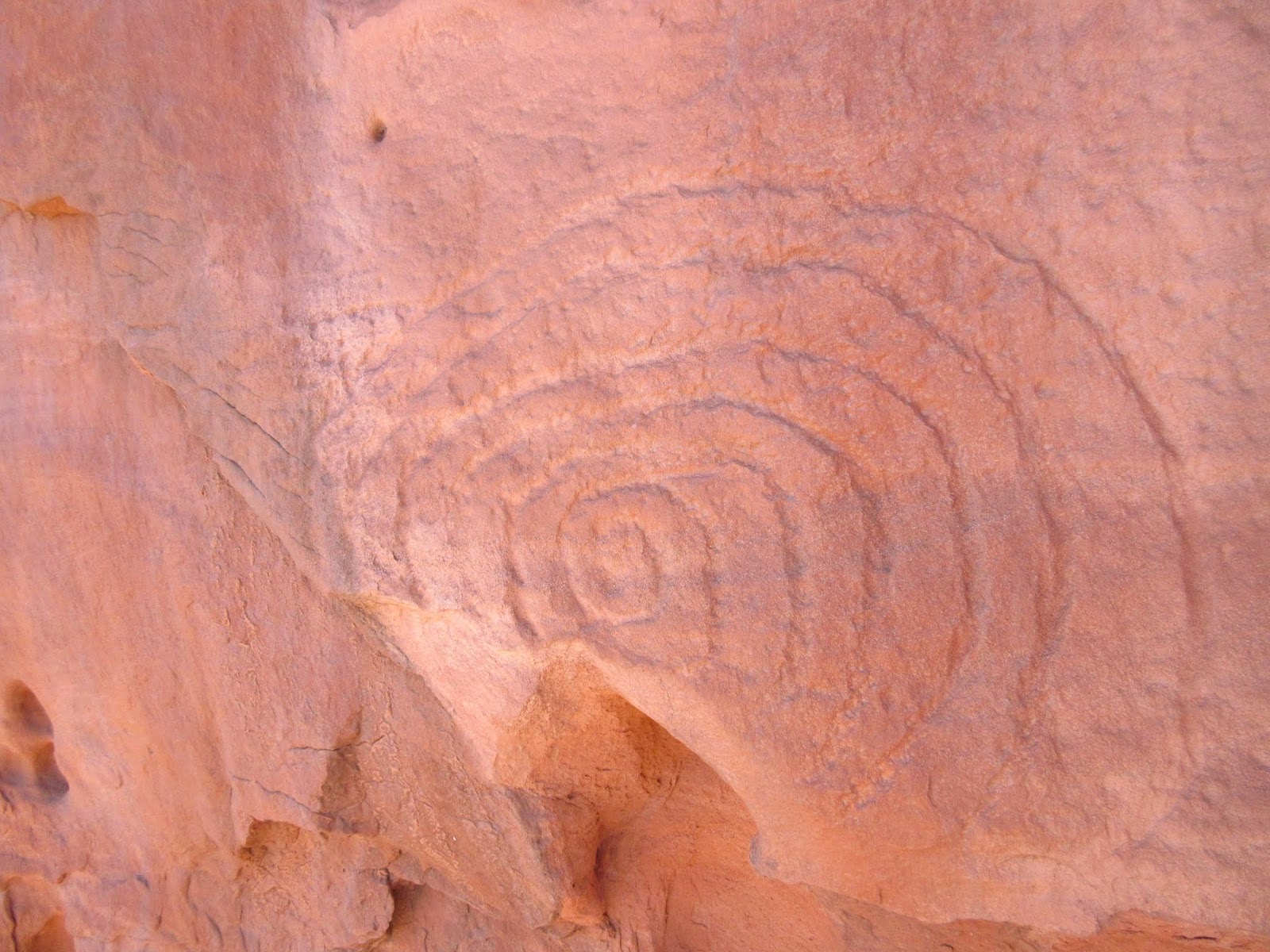 Chris said it was a "Native American" spiral...their sign for water. It didn't look like a spiral to me...till I realized half of it had broken off and was laying on the ground at my feet. Duh.

Next to the spiral was some cool natural art... 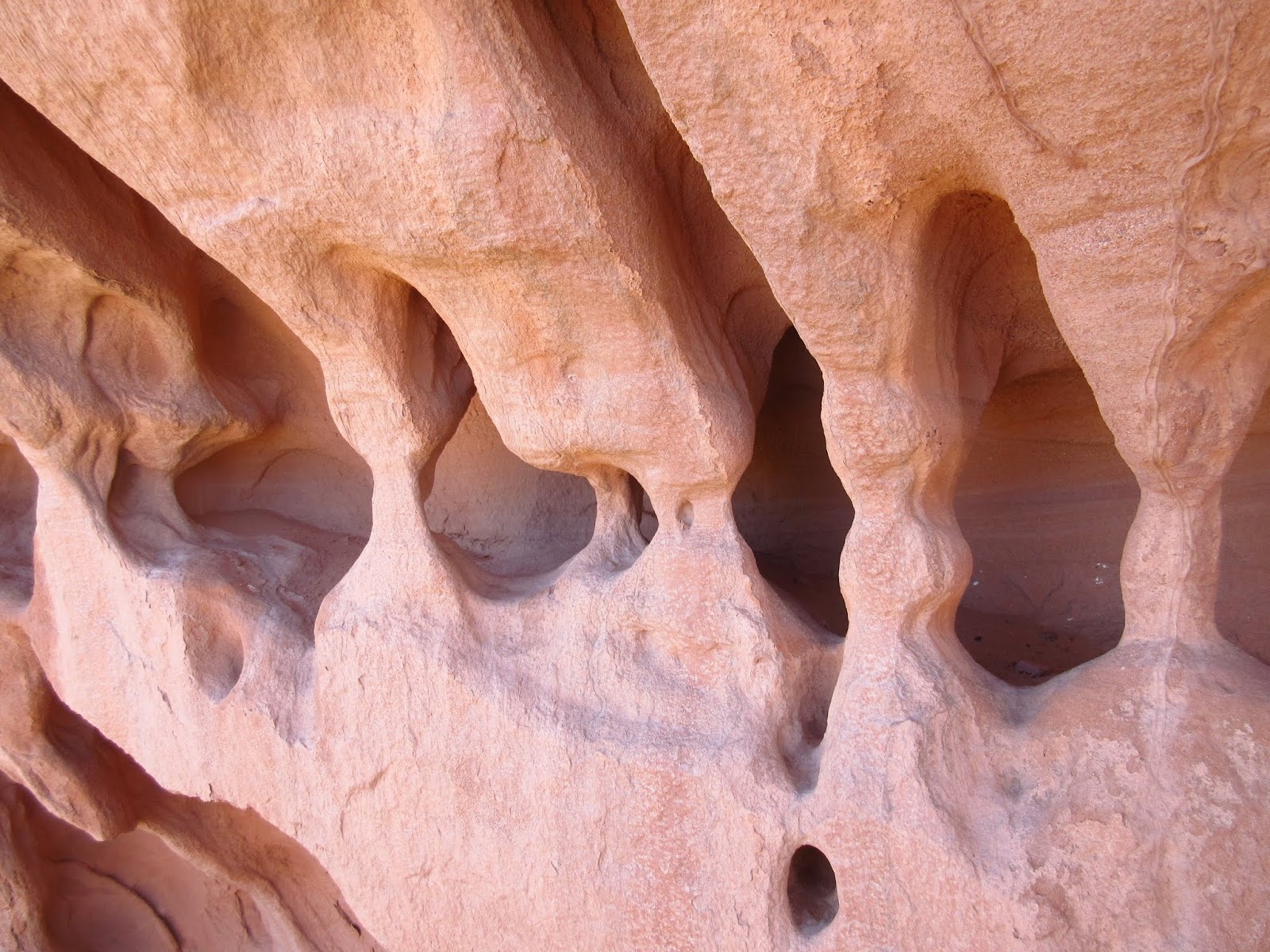 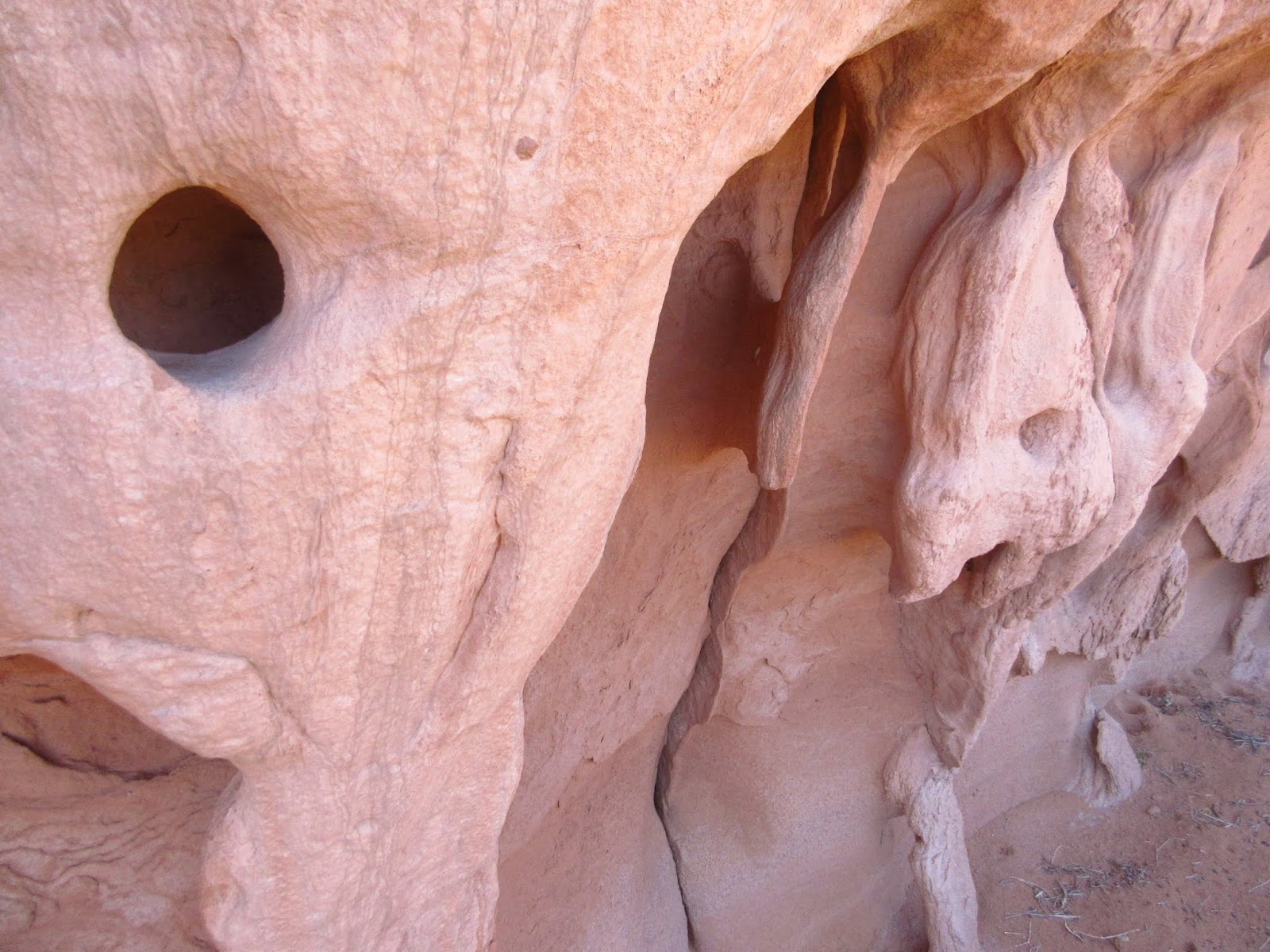 Chris and I struck out on Anniversary Arch. But when I got home, Bobbie found a site on the internet that showed it in a different place altogether. Next time...if there is a "next time." I understand why, but I'm not too keen on being rounded up and forced into "campgrounds" filled with ATV's zooming around...falling asleep and waking up to the racket of generators...kids running around till midnight playing hide and seek...listening to snores from neighboring rigs practically within arms reach.

As my friend, Jim, said..."And another one bites the dust." There are other places that aren't as well known...yet.
But I will sorely miss Klondike for it's exceptional mountain biking trails, as well as all the mind-boggling hiking opportunities... through hoo-doos, beneath towering Bobble-heads, aimless slick rock exploring, and being, for the most part, alone and at one with nature's peace and quiet.
Posted by Box Canyon Blog.com at 8:00 AM