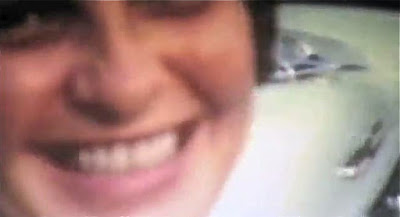 It was1938 when Hilda Mable Carder accepted Everett Milo Johnson’s proposal under an Ohio moon. From their union came three children, starting with my brother, Daniel, ten years my senior. Only a year later Sally Jo came along and evened the gender score. Nearly a decade would tick by before I debuted. Oops?  Well, not if you believe my Mom’s side of the story, as she always vehemently denied that my latecomer birth was accidental. Nothing fired her up more than defending her "baby" as "intentioned," as if "accidental" might somehow bruise my tender psyche and self esteem. What? I'm an accident?

Mom was a tad eccentric (think Edith Bunker times ten). Maybe it was because she dropped out of school in eighth grade in order to avoid teasing from classmates at her struggle to properly enunciate words. It was something she struggled with throughout her life. In later life, perhaps as compensation for all the teasing she endured in childhood, Mom found growing confidence via church and faith, so much so that she began to grow found of the "spotlight" that going overboard cast upon her. By the time her “golden years” rolled around, Hilda Mable was so far out of her “shell” she couldn’t find it if she wanted to (which she didn't). Mom more than made up for all those years of teasing and feeling inferior due to her speech. Eventually, Mom’s drama queen antics got her kicked out of two retirement centers. Unbeknown to us, the third (and last) place put her on "Meds" that dampened her spirt, if not her will to live.

Aside from finding new places for Mom to live, my cross to bear was listening to the “particulars” of my conception being told to total strangers. For some confounding reason that I could never undo, that story became one of her favorite subjects...at the park, in the supermarket...restaurants! Lord have mercy, anywhere she could corner an audience I suffered the embarrassment of that story time and again. I learned to just smile and nod, not unlike the unfortunate audience of strangers she managed to corner in public venues. That's where she was at her best...or worst, depending on your point of view...for there was no stopping Hilda Mable Johnson once she commanded the “spotlight.”

In retrospect, I suppose Mom was trying to protect my tender psyche…reassuring me and the public at large that I was not an accident, that by God she wanted another child so bad that (drum roll, please, as this was the dramatic crux to her story) she willfully “tricked” my reluctant Daddy into getting her pregnant. The fact that I was well into my 50’s, that I could care less whether I was accidental or on purpose didn’t matter in the least. Yes, it was embarrassing. I developed a sixth sense for spotting impending situations. “Mom, did you hear that? Hurry, there’s a sale on ice cream over on aisle three!” It’s oddly funny and sad, now, and brings both a chuckle and a tear.

This Mother’s Day I would like to focus on Mom’s positive attributes. First of all, she had incredible energy and physical endurance. Her work ethic was without peer, and a fine example for her children. She was devoted to God, husband, children, family and friends...in that order. She was a dedicated minister to Pima Indians on a nearby reservation. They loved her because she treated them with dignity, respect and love, especially the children. When it came to empathy, Mom's heart was tender. She was easily moved to tears by tragic situations and often donated time and money to worthy causes. One of my earliest memories is how Mom always made a point to drink from the “Colored” water fountain at our grocery store. It was her way of drawing attention to a wrong, and a lesson in human dignity I never forgot.

Eventually tragedy struck home when we received devastating news that Mom and Dad's only daughter, my sister, Sally Jo, had died at the tender young age 22. The light went missing from Mom’s piercing blue eyes; she grieved that loss for years. In those her darkest hours, Mom continued to reach out and help others who had lost a child. Time eventually mended her wounded heart, but it left a nasty scar.

Whether by accident or due to Medications administered by her caregivers—pills that transformed her indomitable spirit to slumber–Mom fell and broke her hip. She was 84, and soon after surgery and subsequent pain of rehab, well, it was as if she had given up. She quit eating, refused all but a small bite of her two favorite foods, Kentucky Fried Chicken and ice cream. Finally, she quit swallowing.

On a grey and chilly January morning in the Village of Oak Creek, Arizona, amongst a magical surround of red rocks and cedar, Mom slipped from this life into the loving arms of her Heavenly Father. My brother Dan, as well as Bobbie and I, were bedside when Mom's rhythmic shallow breathing altered. As she struggled to inhale one last breath, Dan leaned down and gently whispered in her ear, “Mom, you’re going to heaven now... we love you.”

The three of us gathered in a circle at the foot of her bed, held each other close, and wept.

I'd be honored if you would take a moment to watch a brief video synopsis of my mom, Hilda Mable Johnson.