Languid Days In Lovely Ouray: A Winter Season Out Of Whack 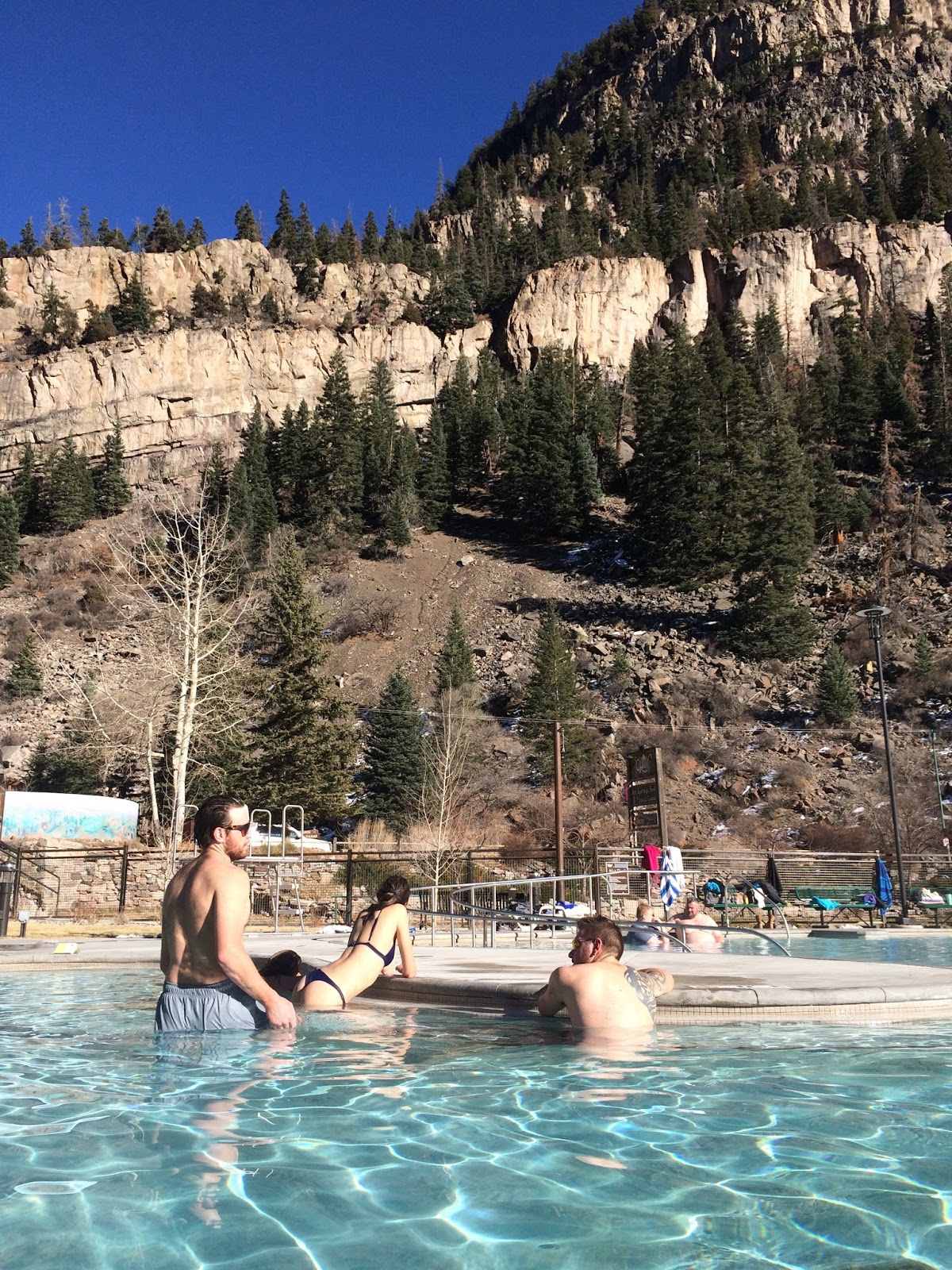 Greetings from Ground Zero for global warming, drought, and disease...

While The Eastern Half of the country suffers through one of the worst winters on record, mountain folk who live west of Colorado's Continental Divide are running around in shorts, T-shirts, and flip-flops. What gives? 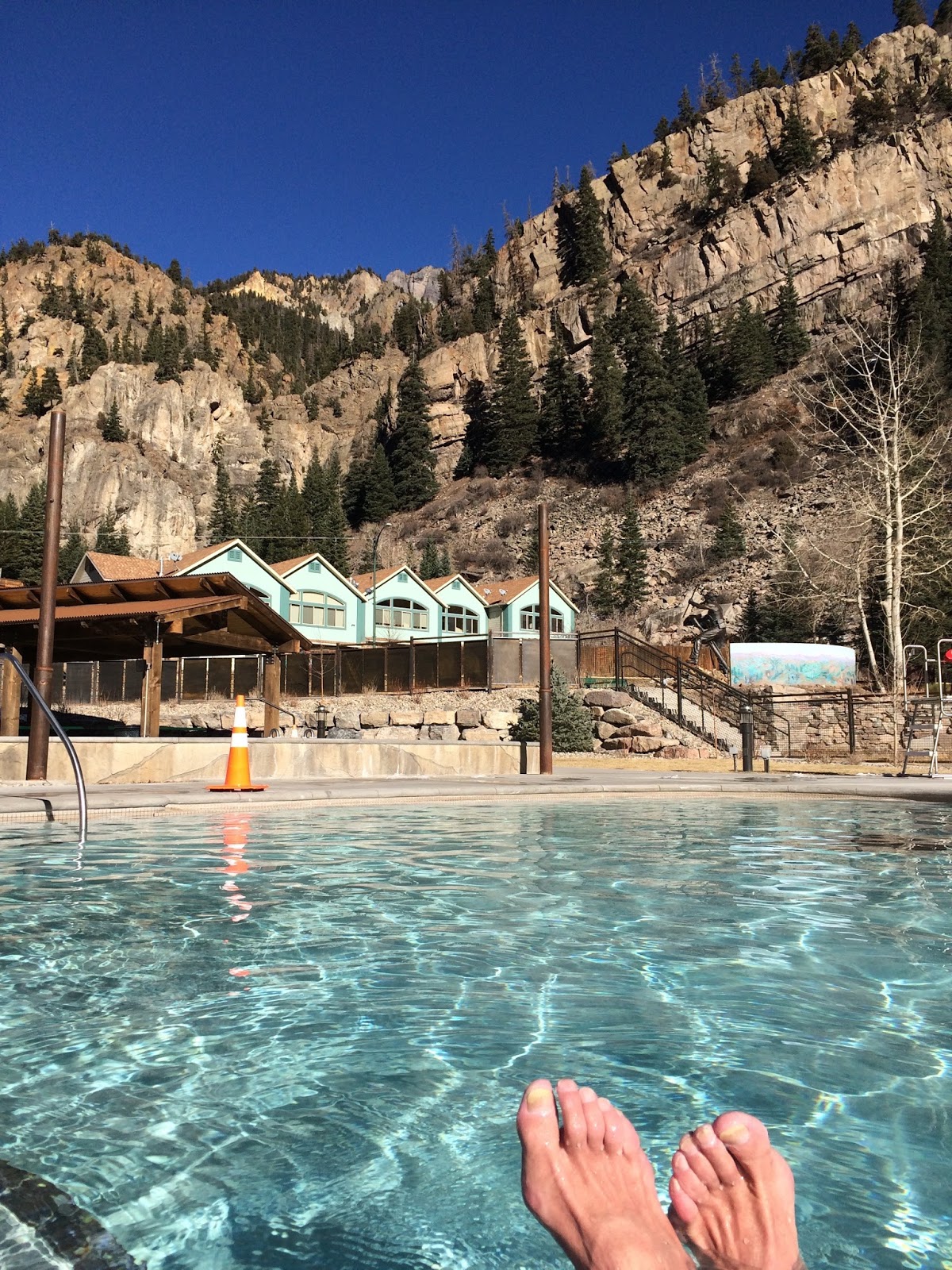 Who would figure that one of the mildest winters ever would also become one of the worst for cold/flu. Being a victim of the most recent drug-resistent virus...one that likely originates, mutates, and spreads from the bowels, filth and running noses that abound in the petri-dishes of Daycare Centers (secret research centers for biological weapons development)...I resorted to self-diagnosis and treatment at the Hot Springs Pool.

My treatment theory rests on the premise that "Fever" is the body's natural mechanism for killing seasonal disease, and that I should be able to replicate this by total immersion into 105 degree hot springs pool water for intervals of no less than 60 minutes, or until core temperature reaches 104.5 degrees, which ever comes first.

Be it "forced fever" or mad science, after only two treatments I turned the corner on my bug from Hell.
(Warning: Consult your physician before attempting ATI, Artificial Temperature Induction therapy).

Still, we got out and about, summer-like temps such that I'm beginning to have second thoughts about the need to go south this year. 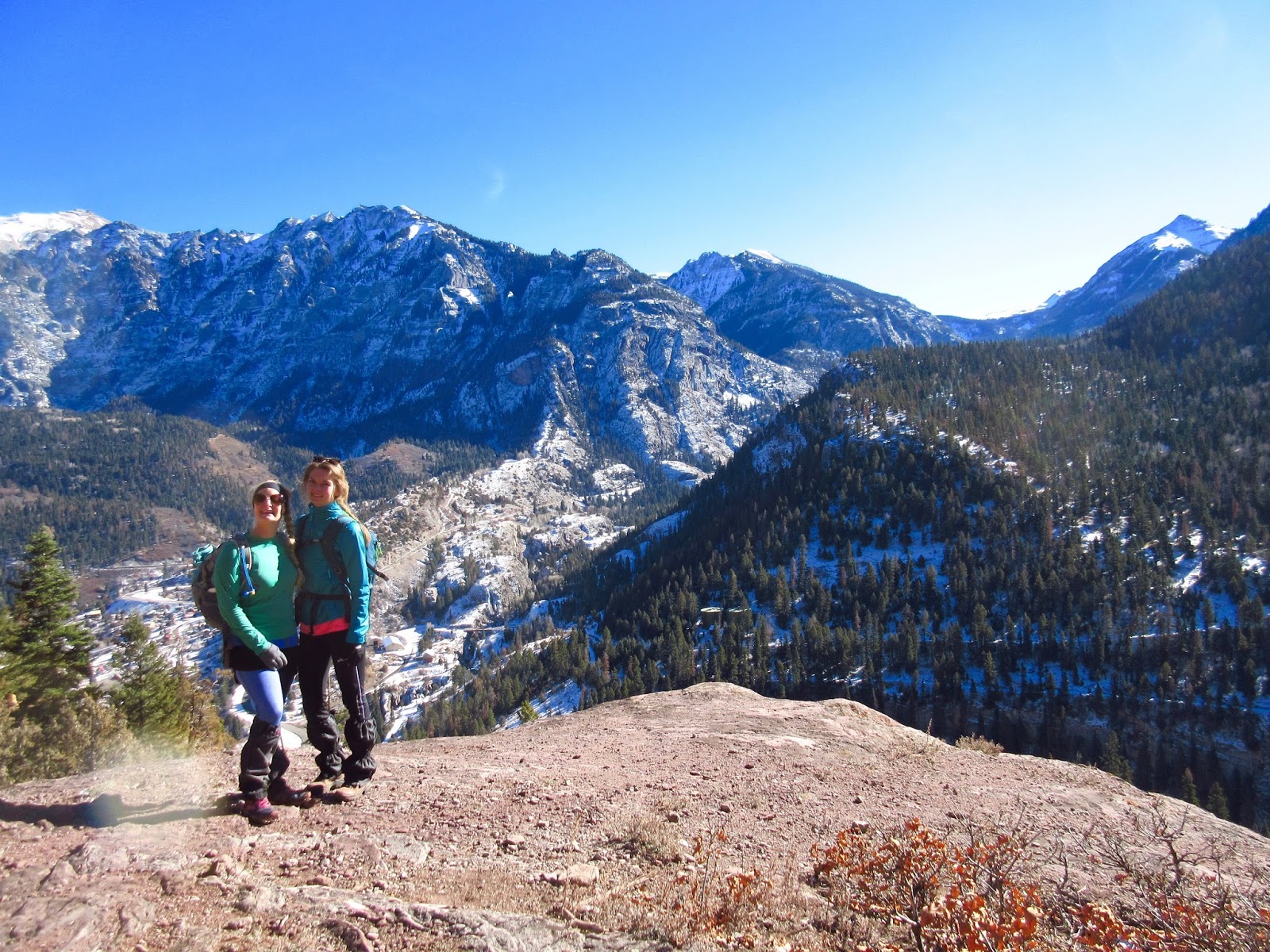 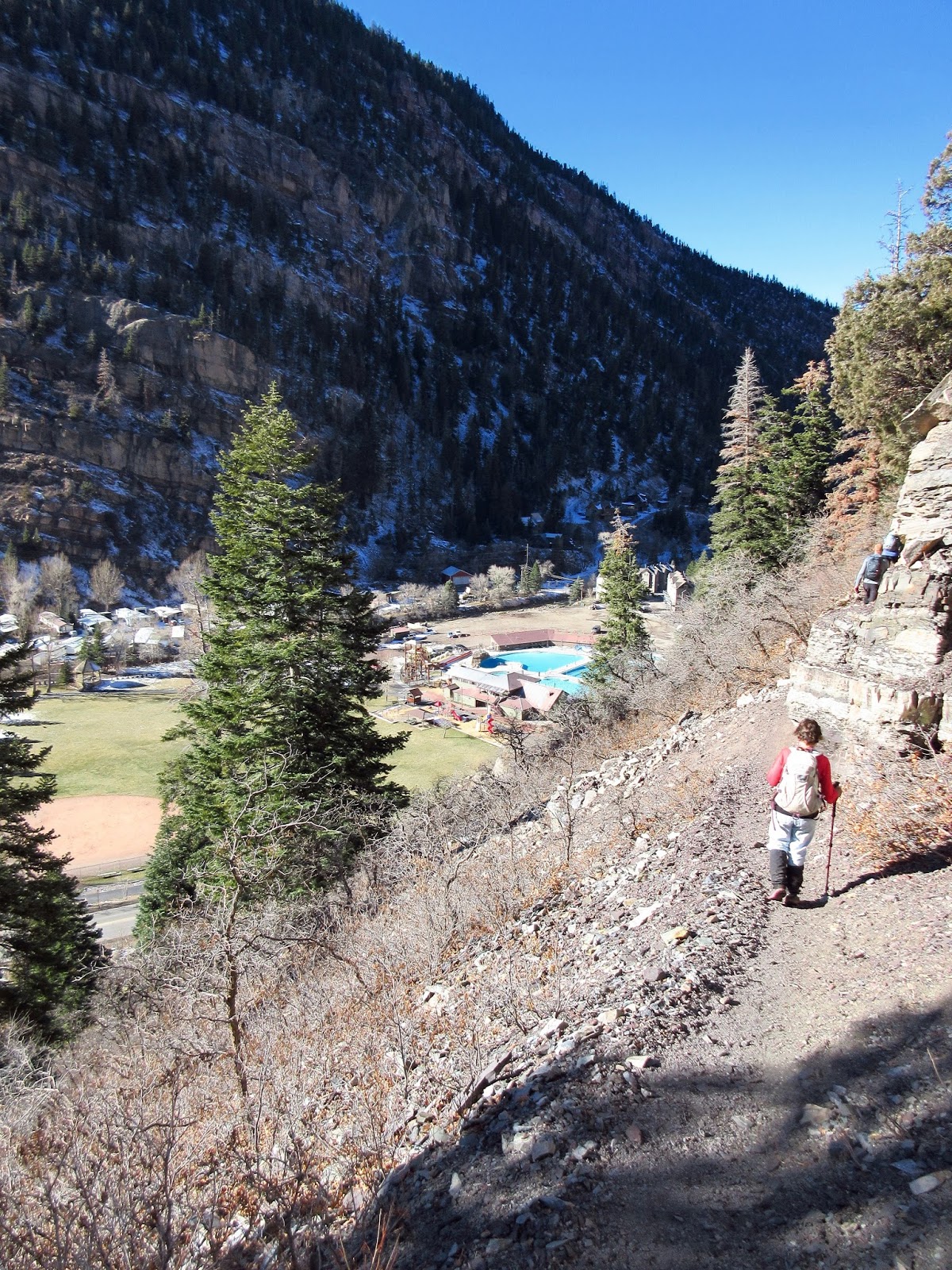 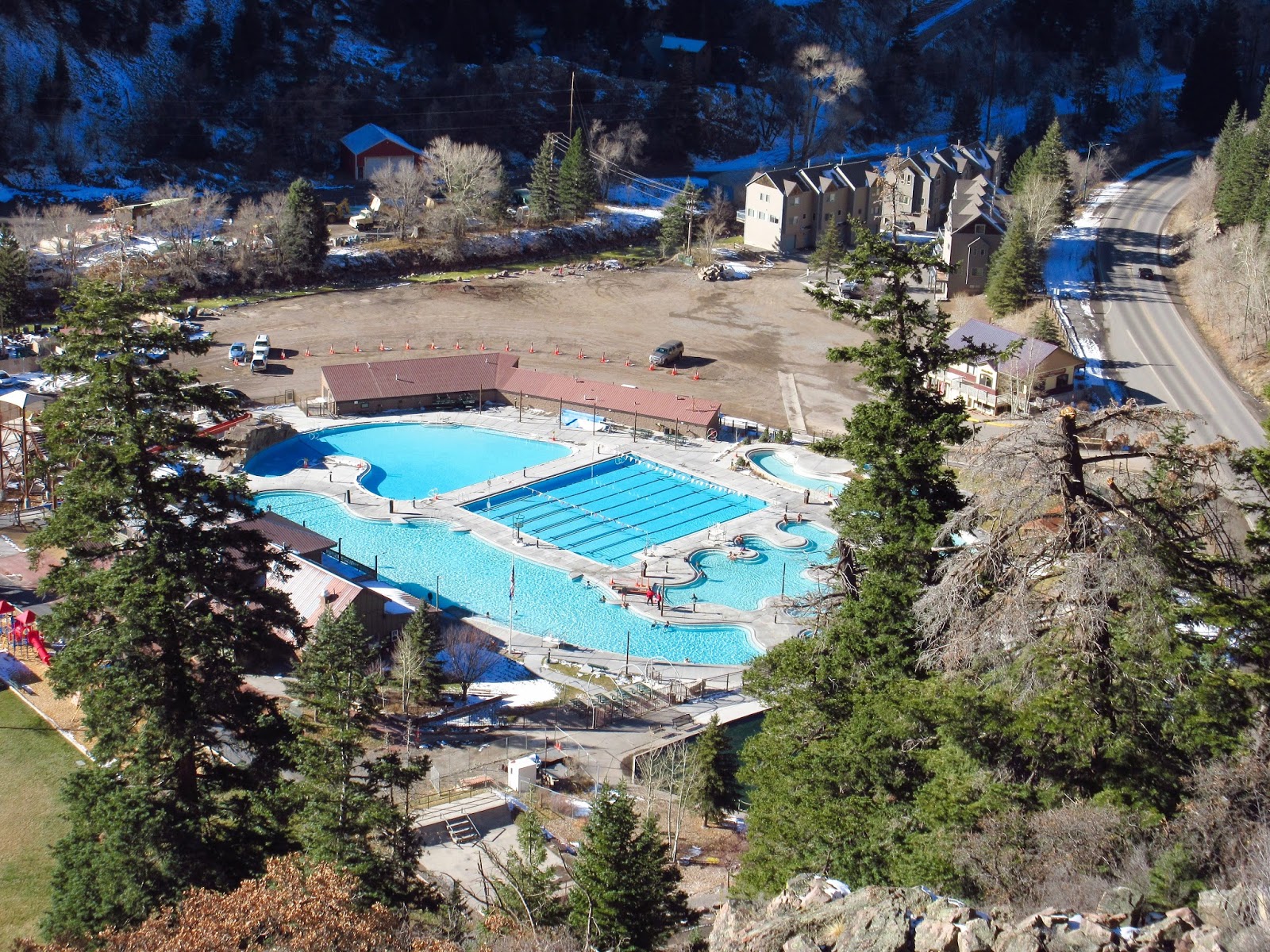 A few days ago, as I was feeling better and Bobbie was succumbing to the bug (sorry, dear), Caleb, Kelly and I went for a little hike around the Ice Park and town. The annual Ice Festival starts in a couple of weeks; Lovely Ouray will be "hopping" with ice-climbers and tourists and a circus-like atmosphere. 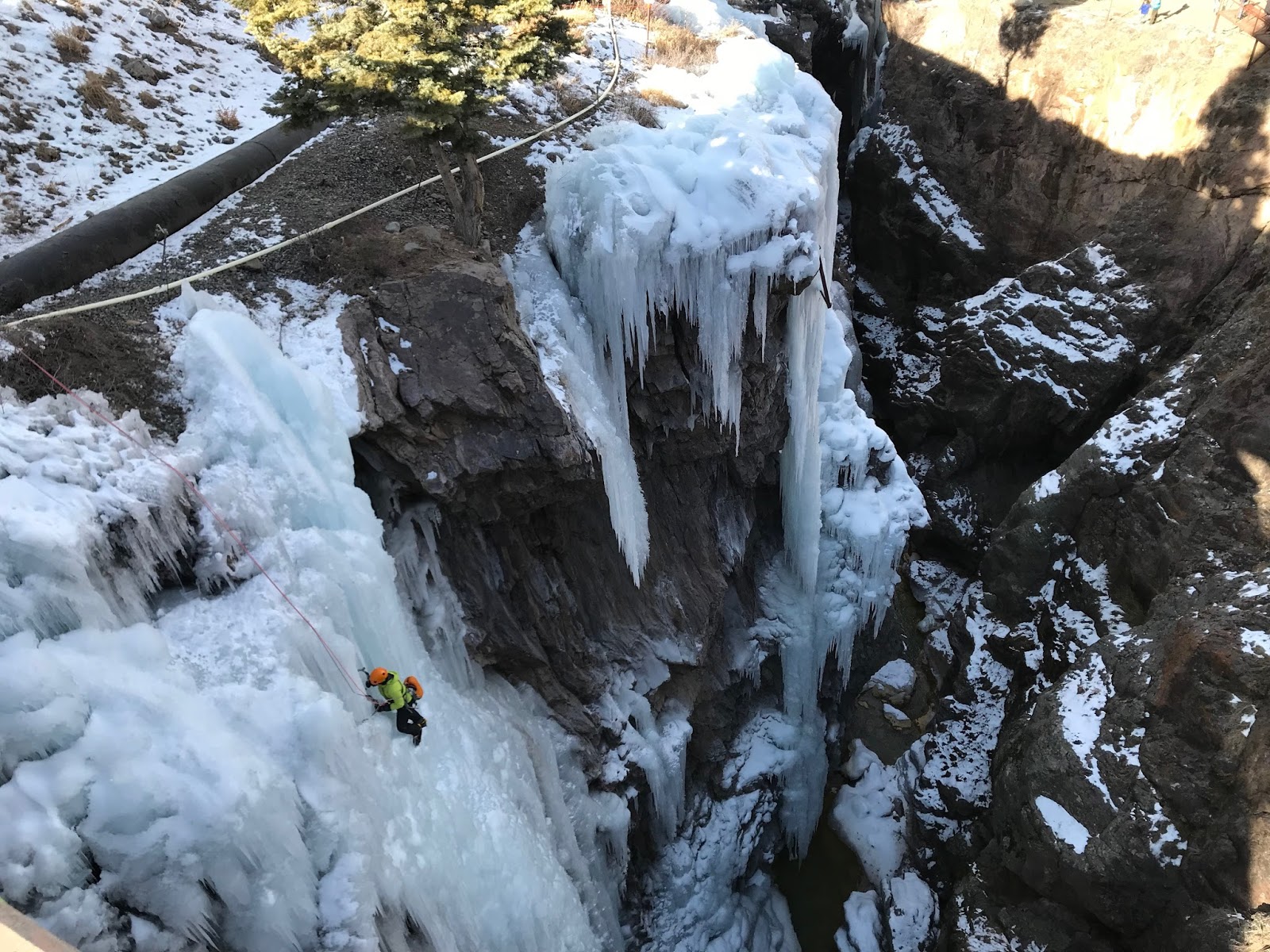 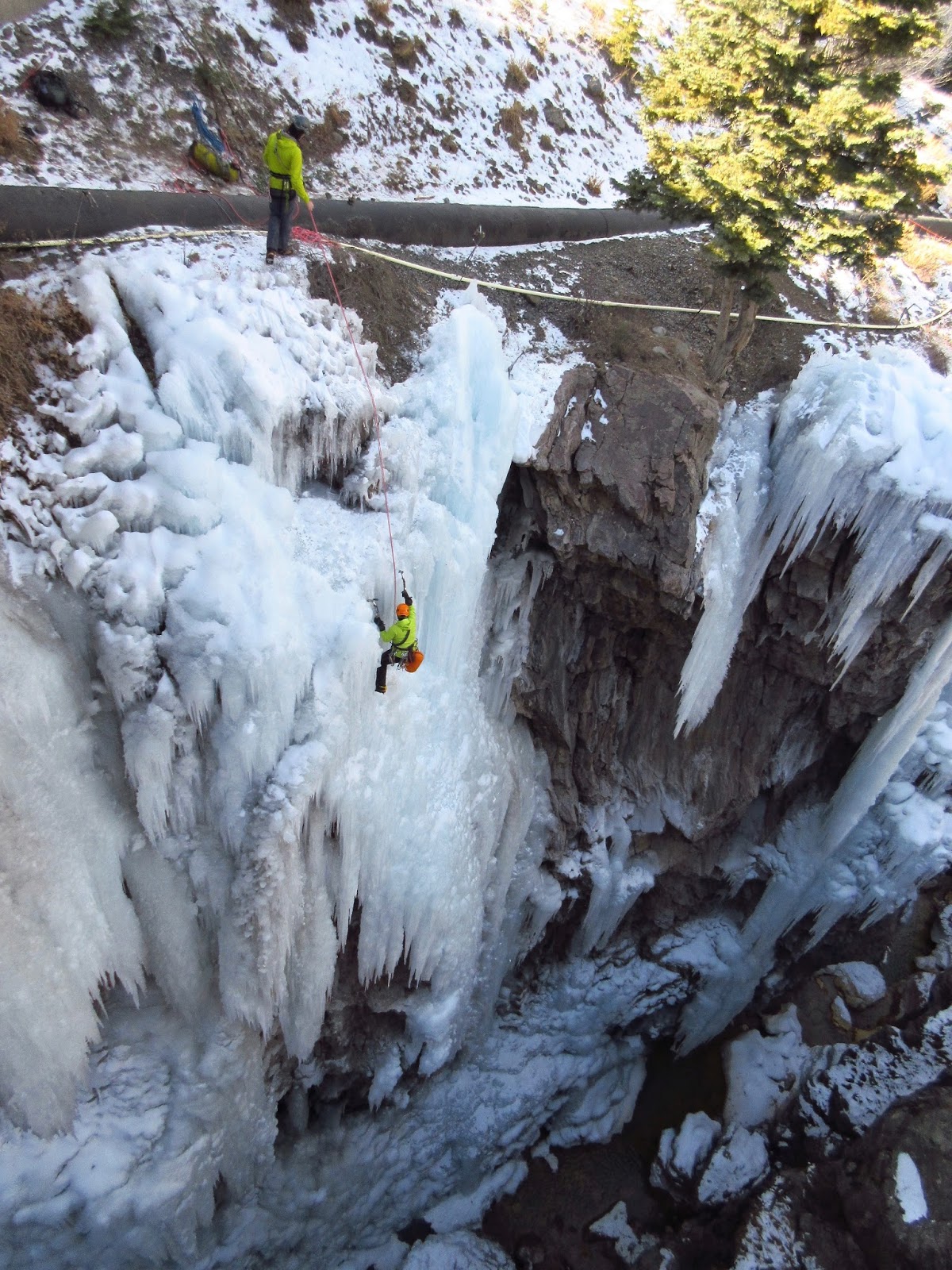 From the Ice Park we headed down to the Box Canyon Falls, just for fun. 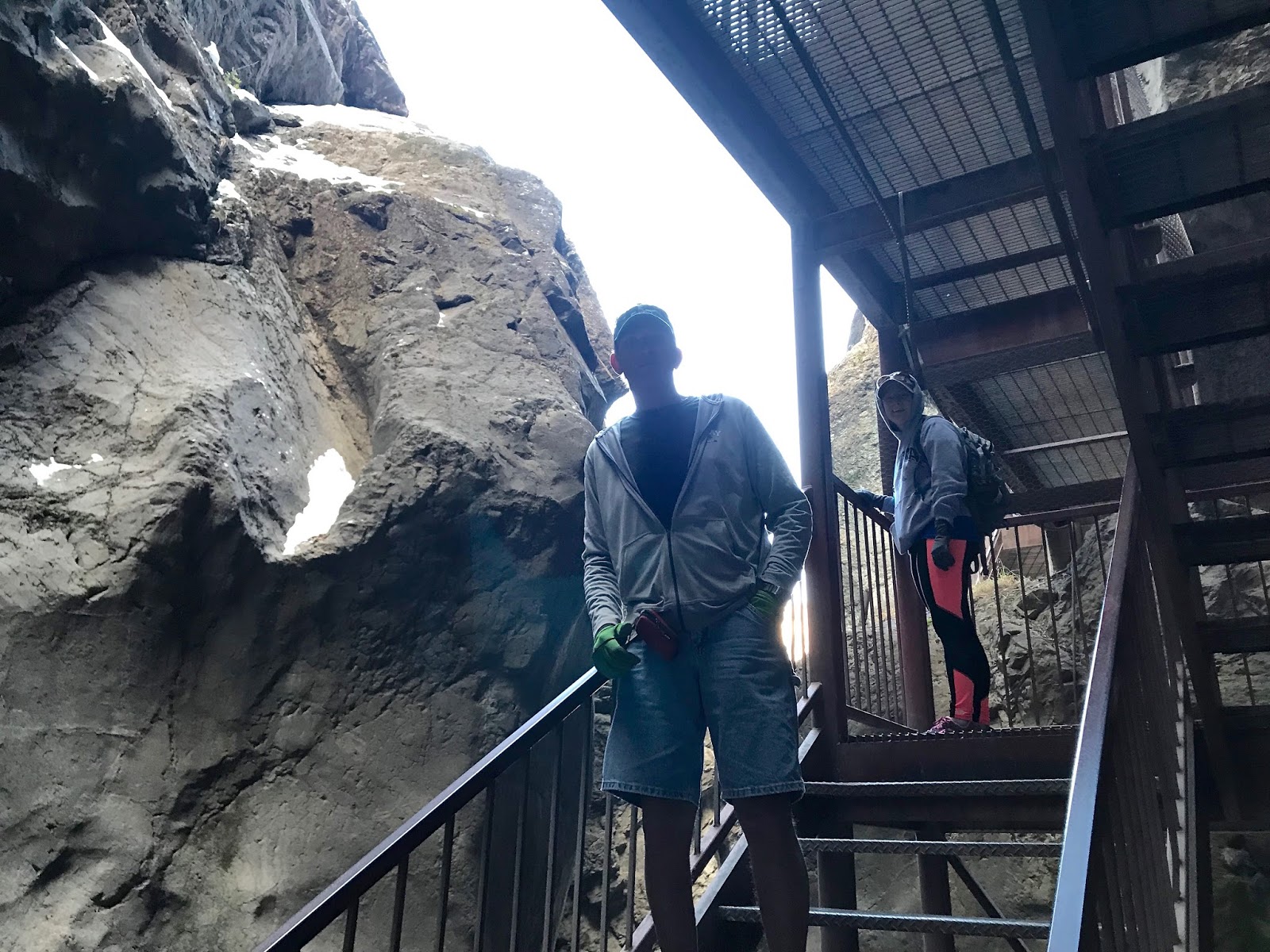 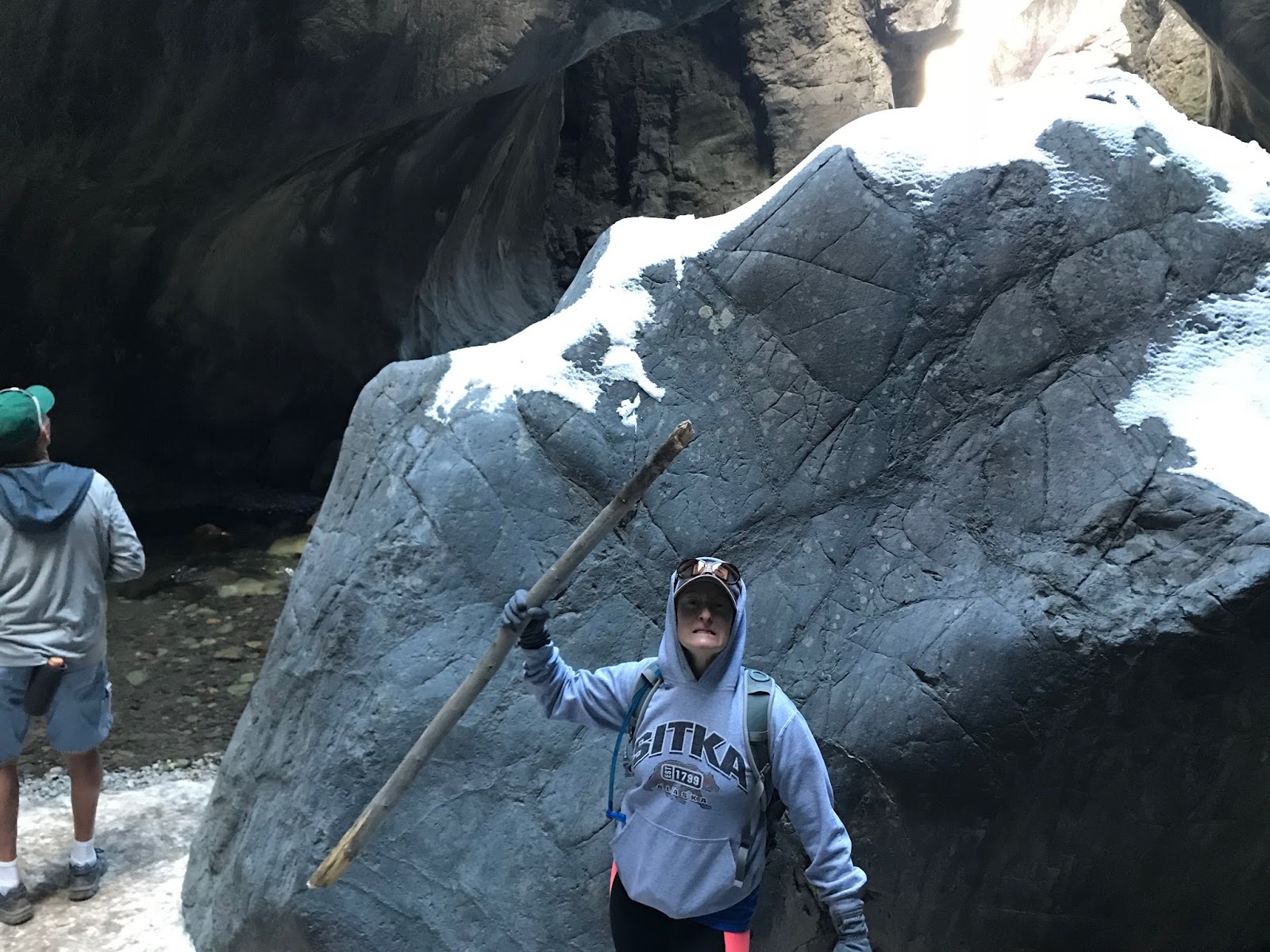 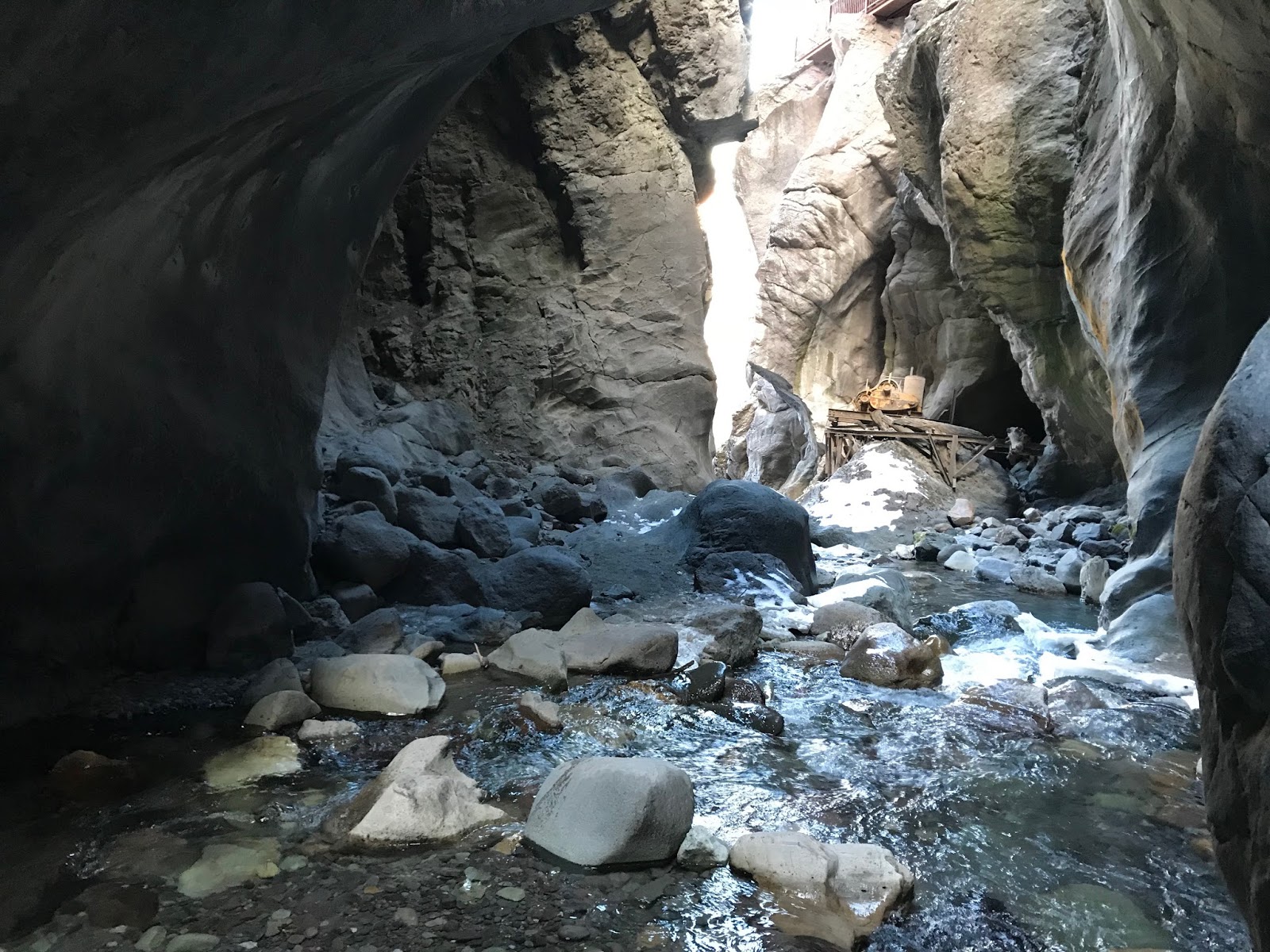 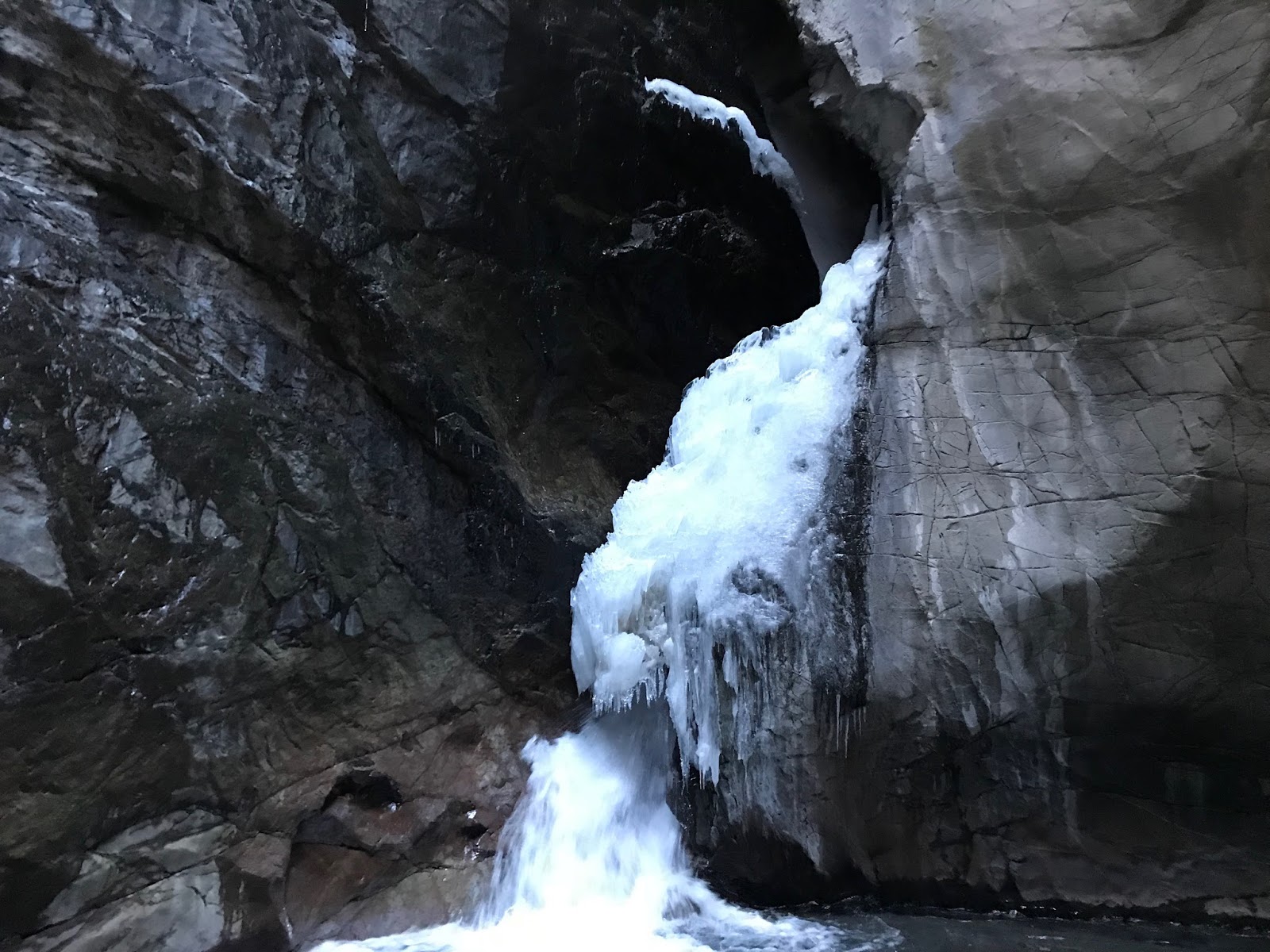 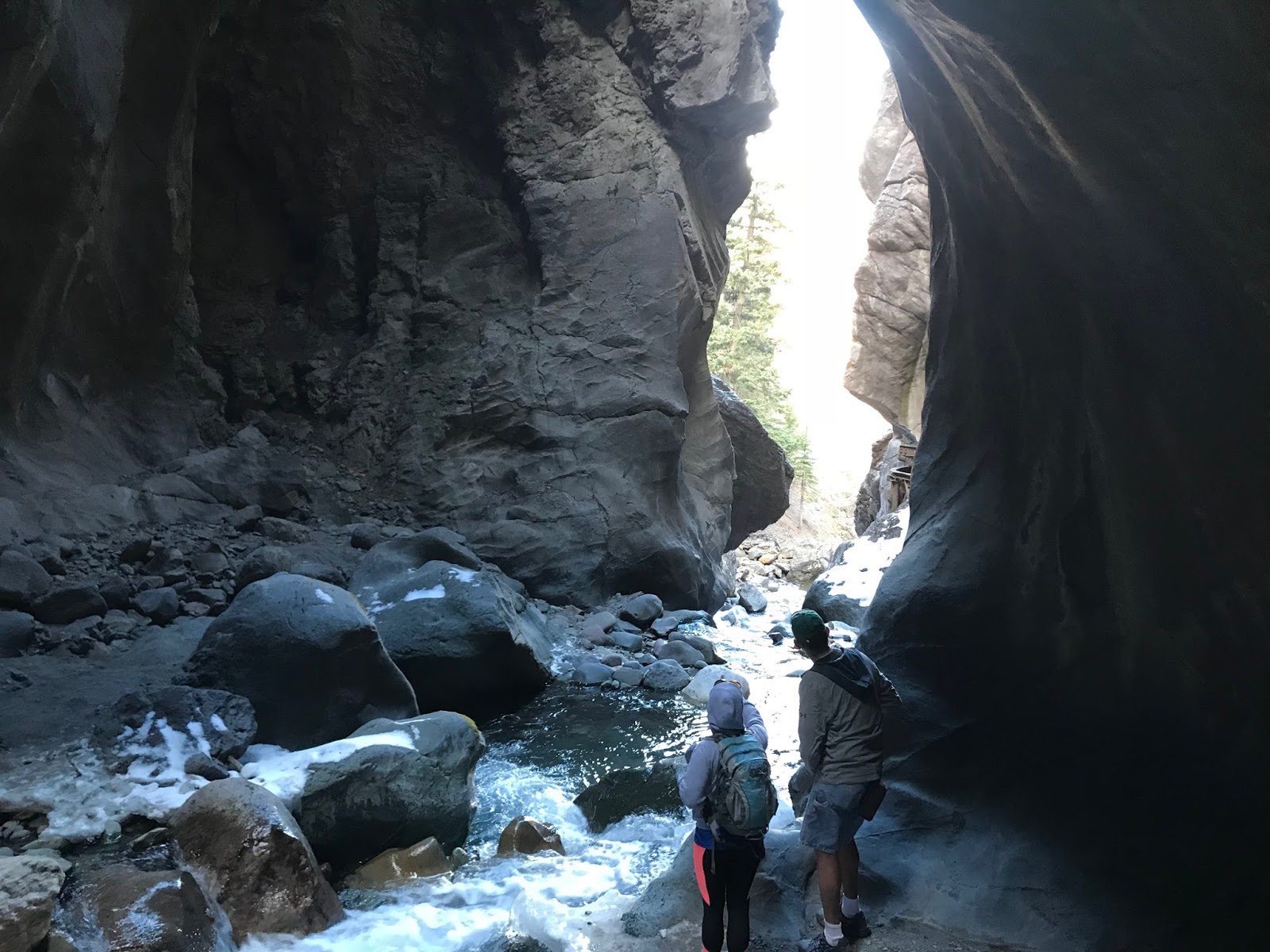 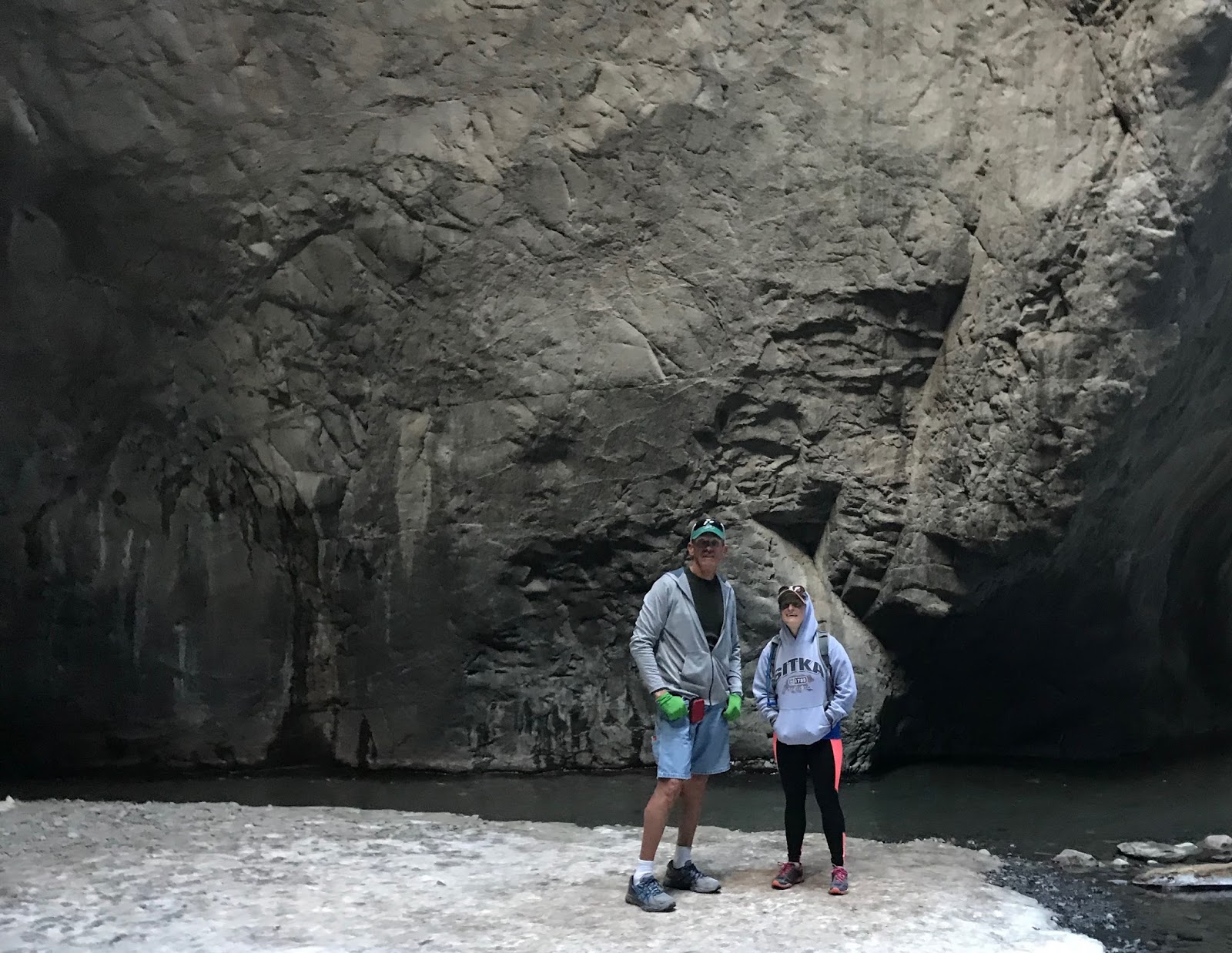 Then I showed Kelli and Caleb Ouray's super secret riverside hot springs, tucked away just down stream. It felt about 106...just right for ATI :). 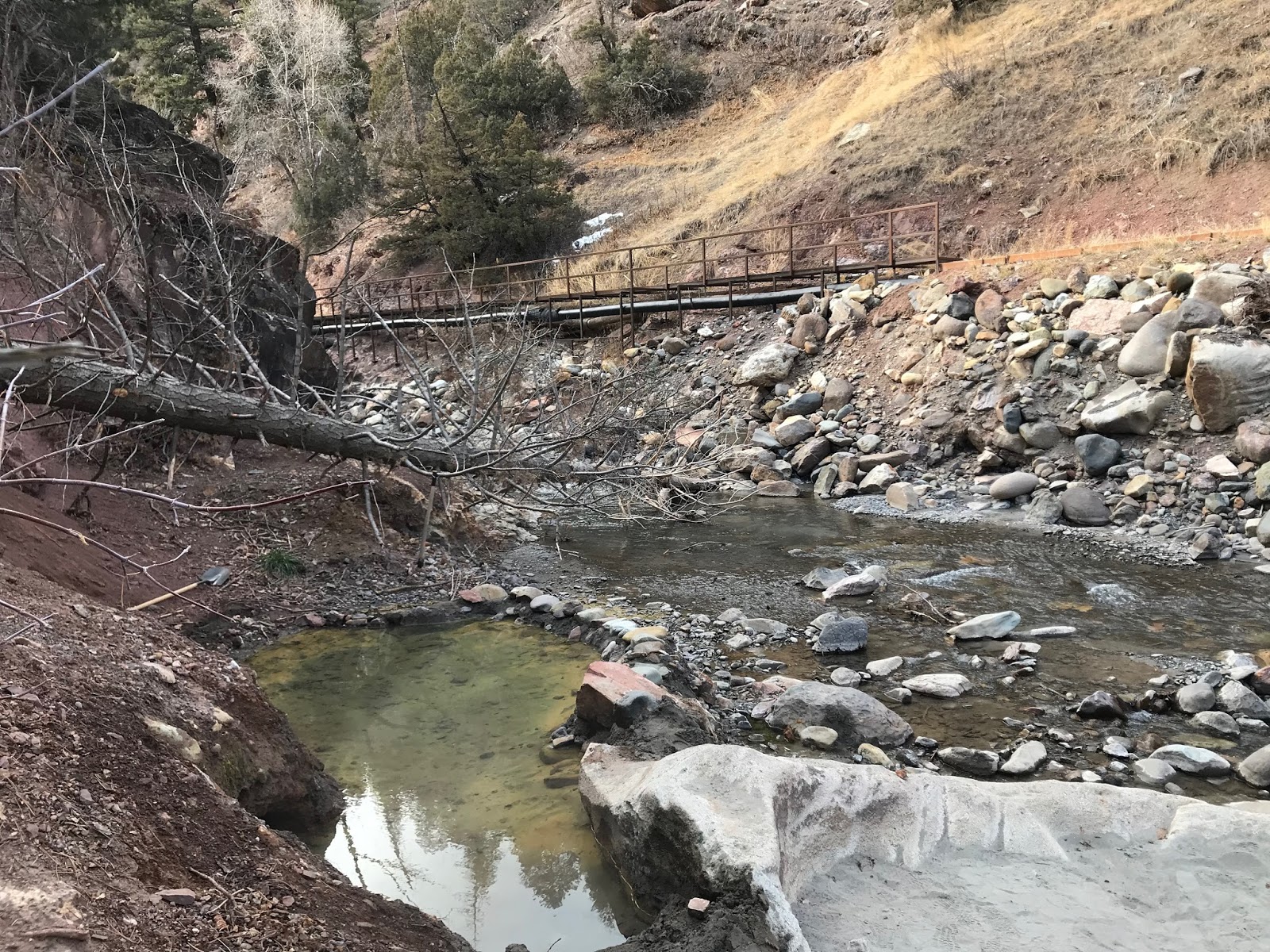 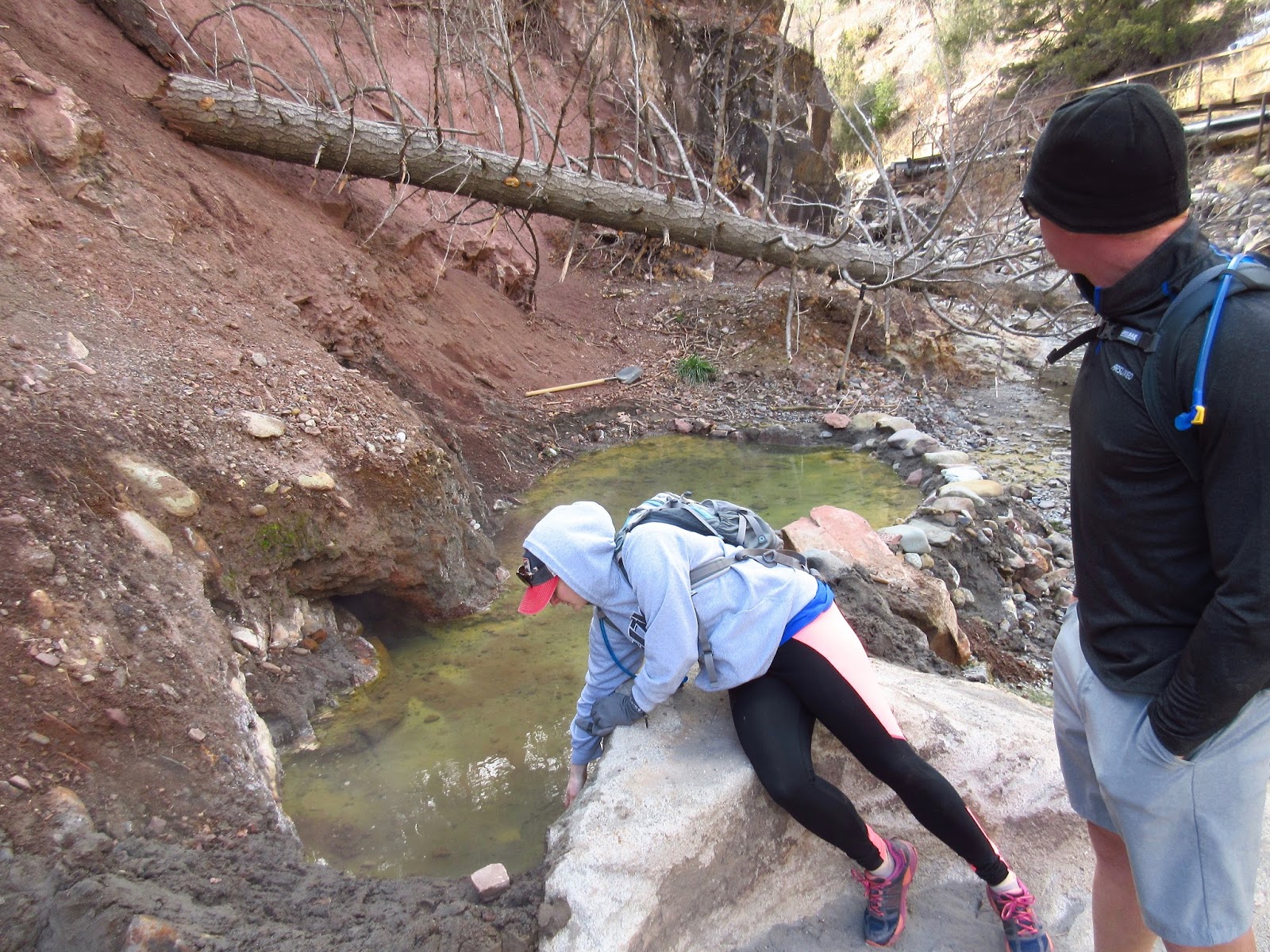 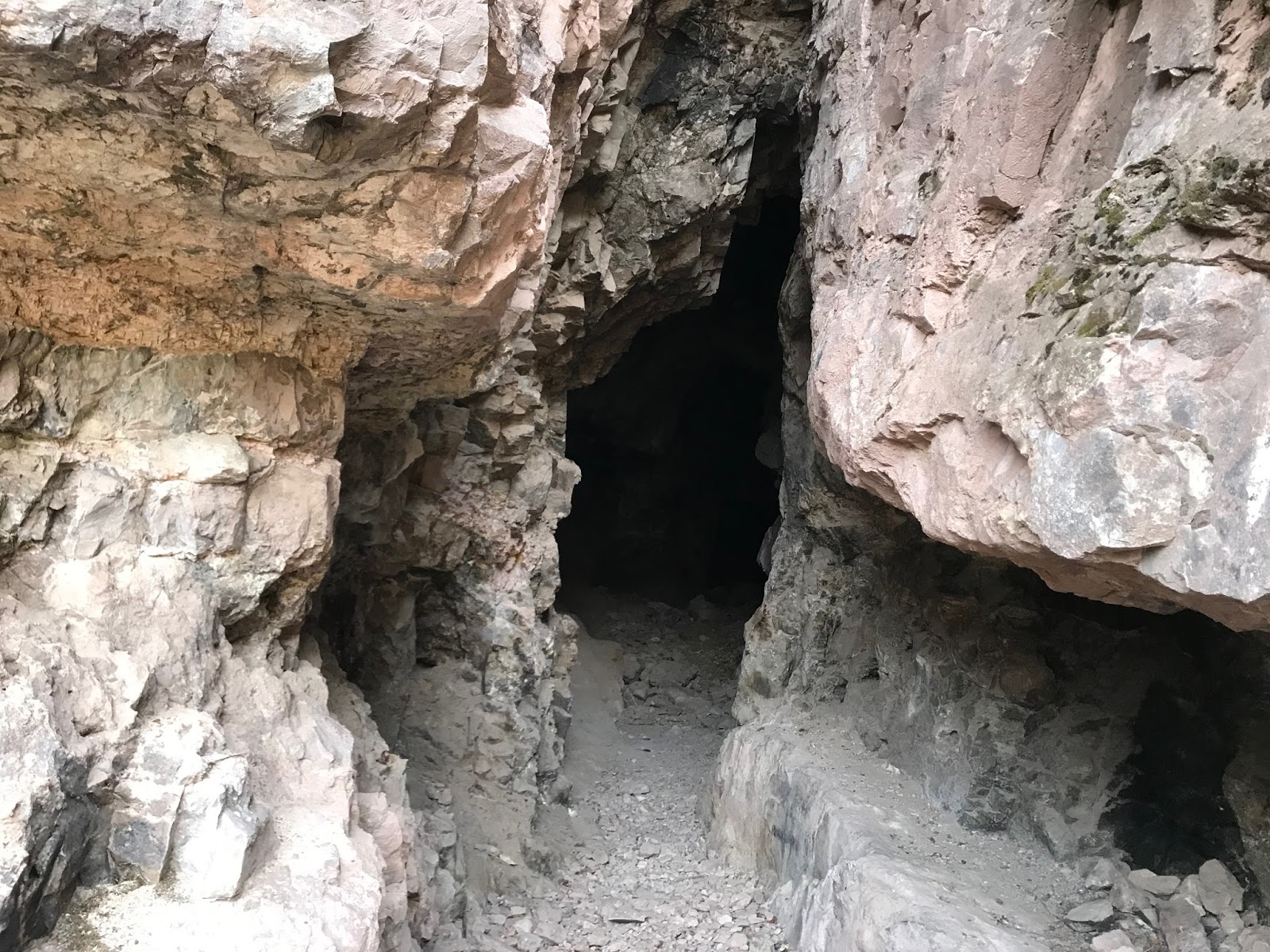 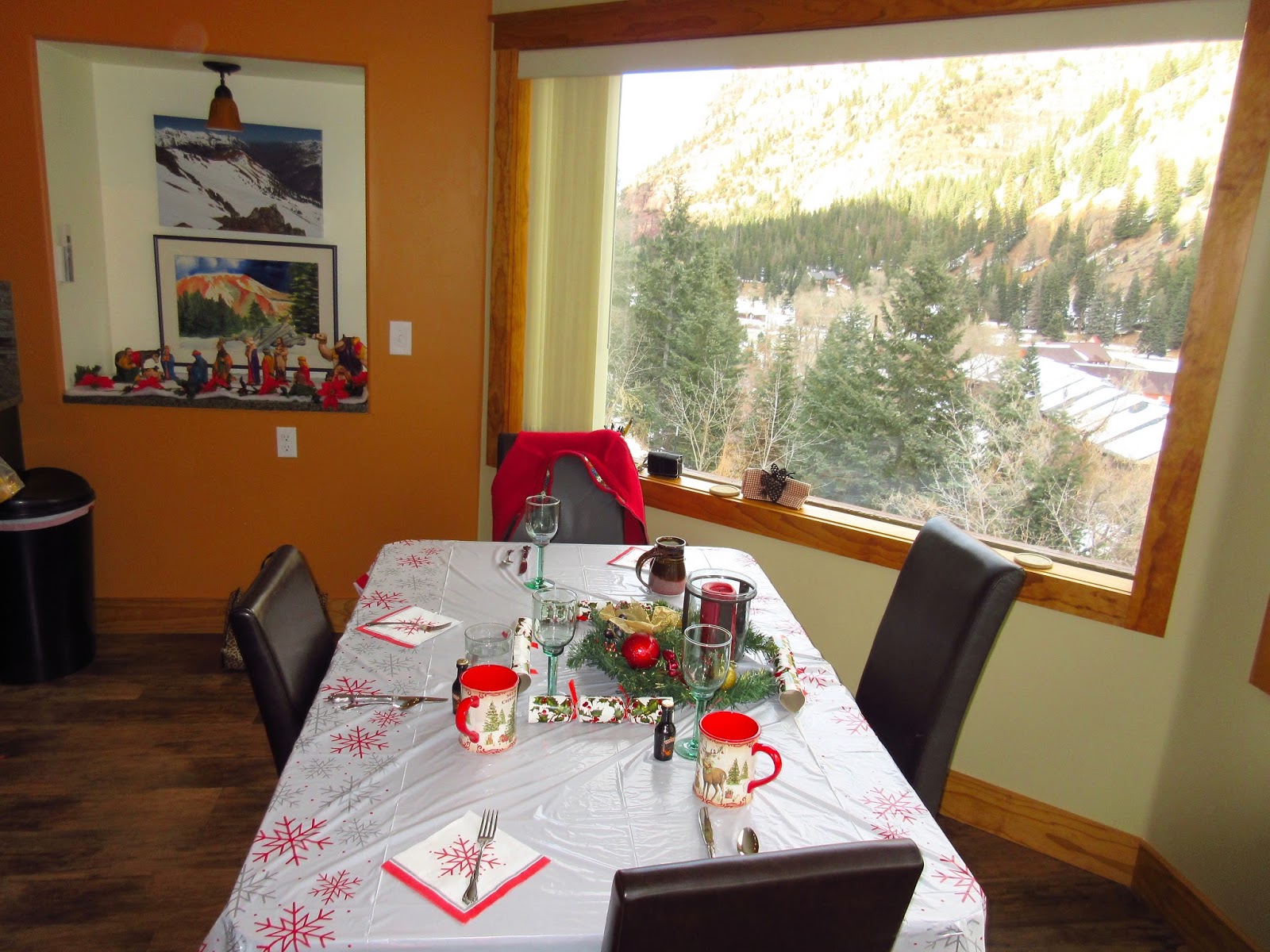 Bobbie invited 3 "single" friends over for Christmas dinner...warning them that we had the bug. 2 out of the 3 braved our disease and showed up. Leon was too sick and fighting his own version. Missed you buddy... 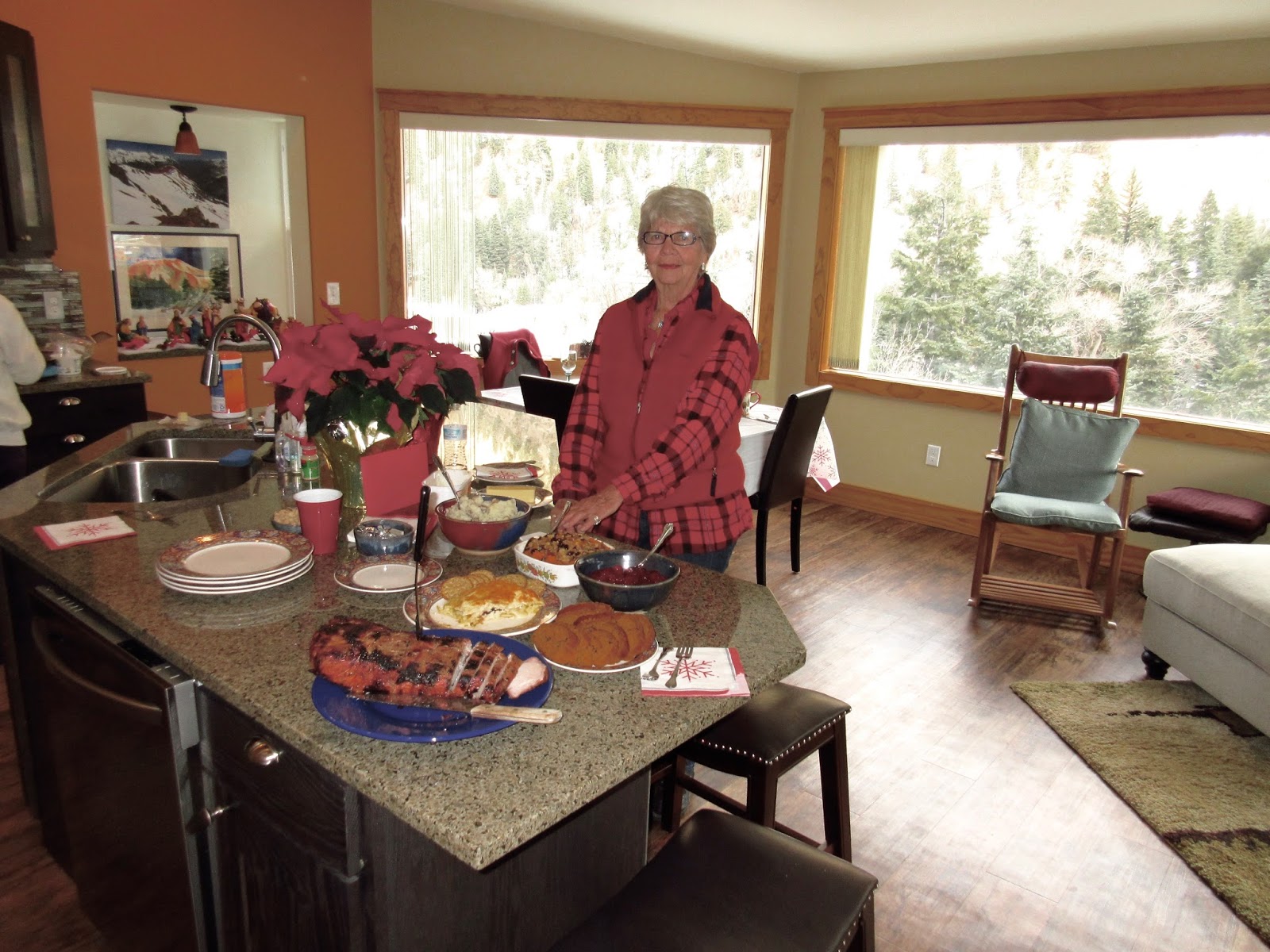 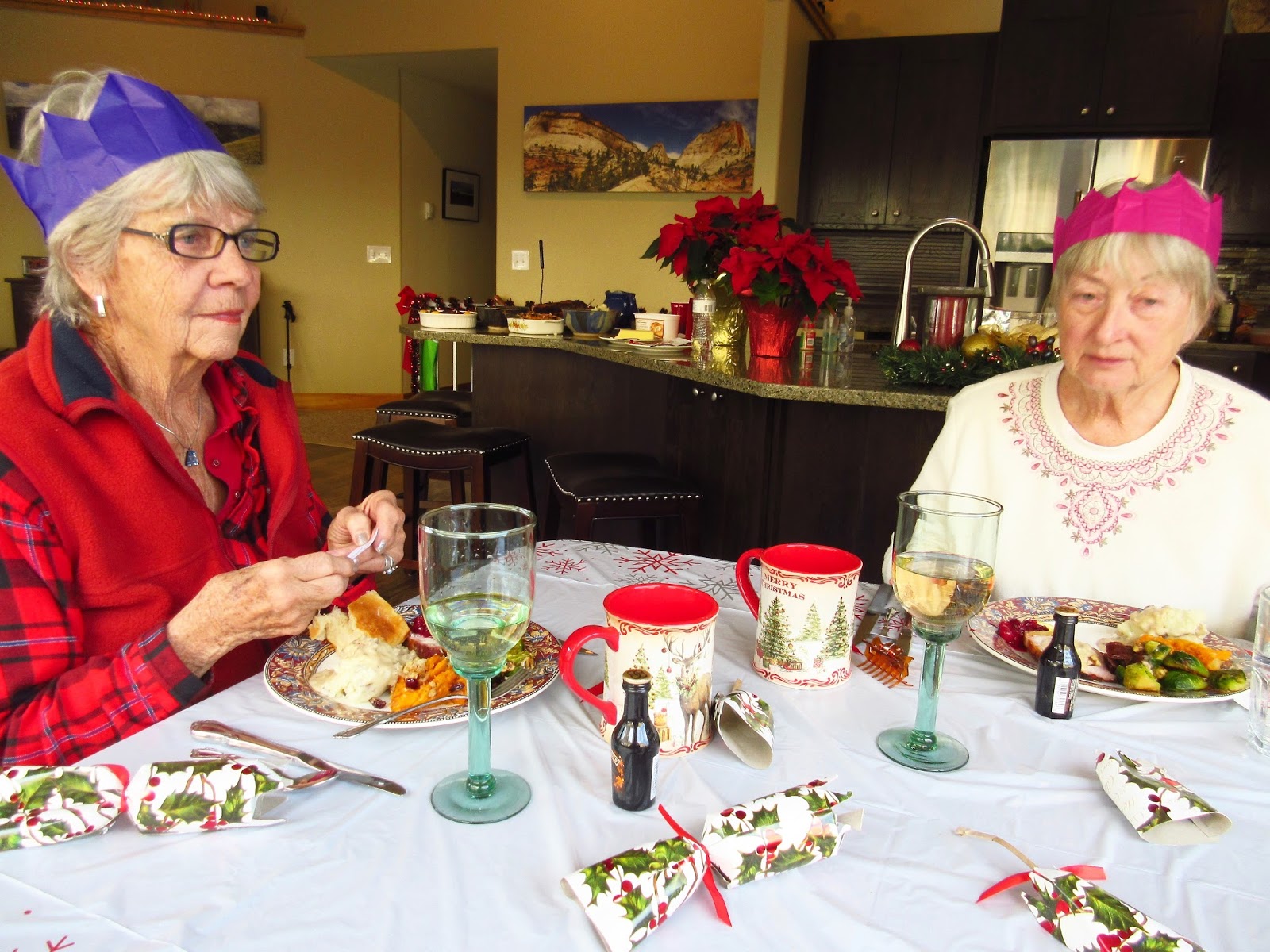 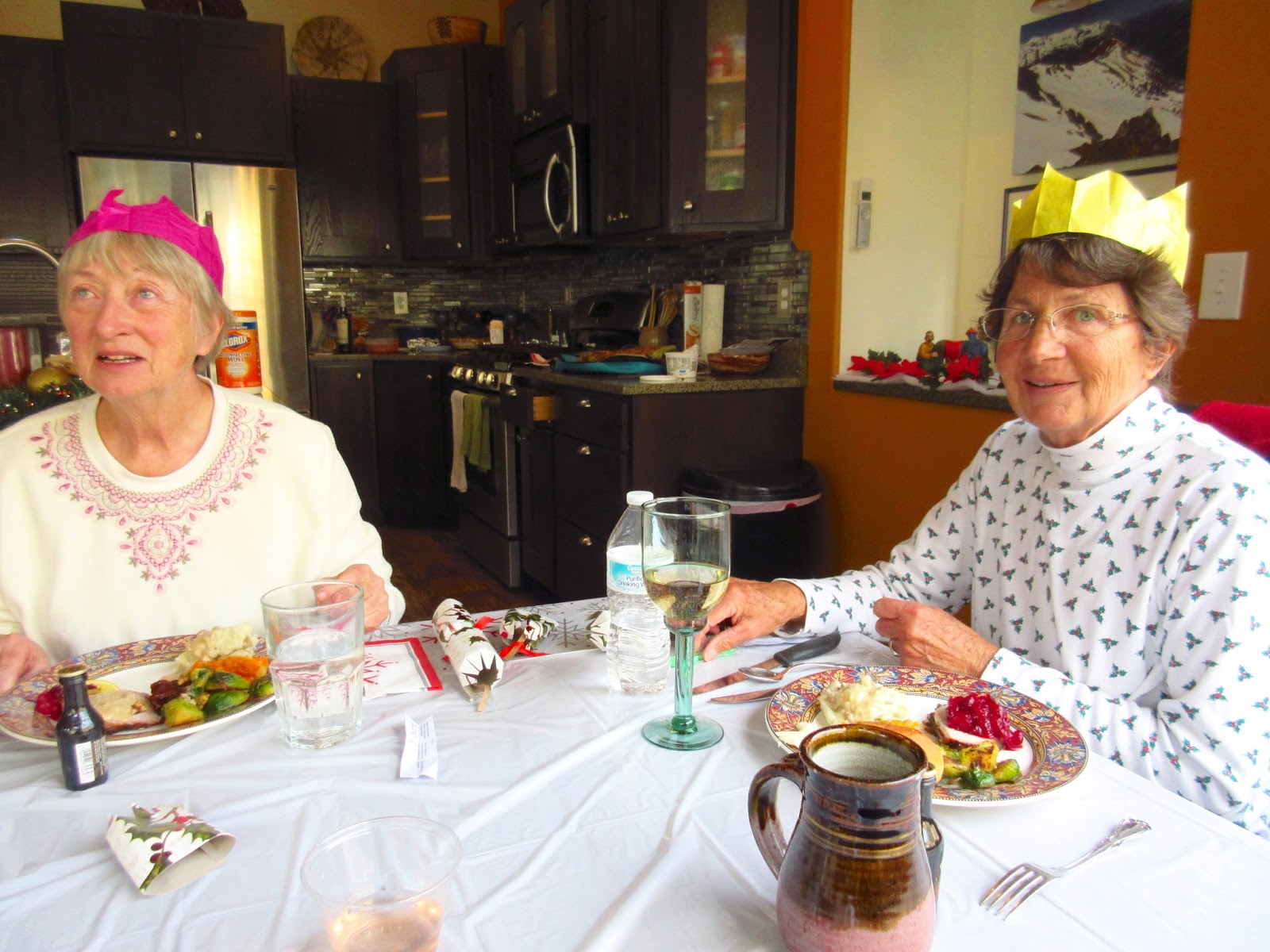 That's the news from Lovely Ouray...
Where all the women are strong,
all the men are good-looking,
and all the children are busy making weapons of mass destruction.

Peace out,
mark and bobbie...wondering where winter is hiding.

Posted by Box Canyon Blog.com at 9:41 AM