To Columbine Lake, the "Milky Way"

From the land of sky-blue waters...
Yes, Columbine Lake... pretty enough to be in a Hamm's Beer commercial.

On an overcast day with a threatening forecast, Bobbie and I ramped friend, Dehui, up to an 8 miler that included a gain in elevation of 2,400 feet. He okayed the plan... reluctantly. I told him, "Youth overcometh a vast multitude of sins of exercise omission." I don't think it translated correctly.

On all our hikes with friends I make it a point to tell them to take their time and to stop or turn around whenever they feel they've had enough... except for Jim, because of his incessant whining no matter how long or steep :).

Due to the forecast, we thought it best to get an early start. I think we set boots to trail shortly after 7 am. After a 50 minute steep serpentine through a boring stand of coniferous view-block, we broke out into a glorious alpine basin. Timberline is indeed a "line" on this hike; there's no transition, you go from full shade to sun, except on this day of blah, skim-milk skies with zero contrast.
Why bring a camera? Better yet, why even go with such challenging light?
Alas, in addition to being a beer, view, and oatmeal snob, I am also a light snob. 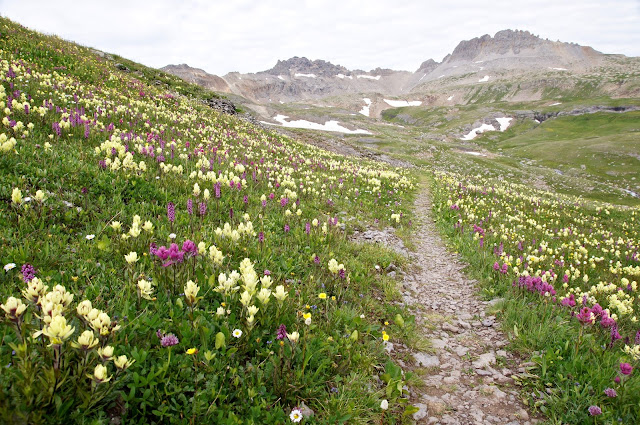 If it's true what they say, that people who whine live longer, then Jim and I should be around for a long, long, time :). 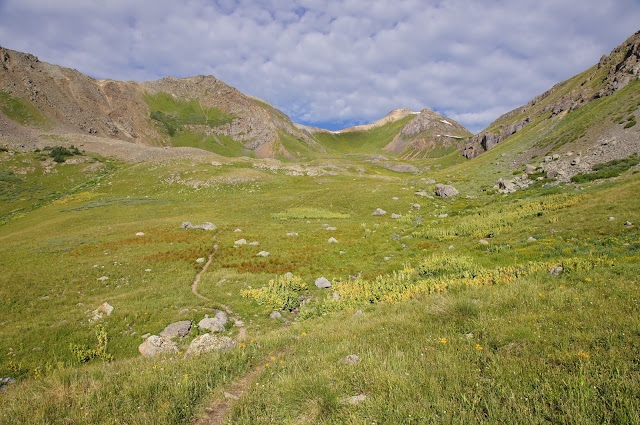 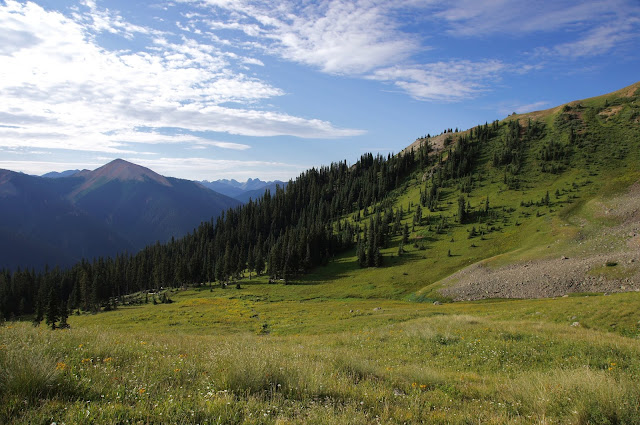 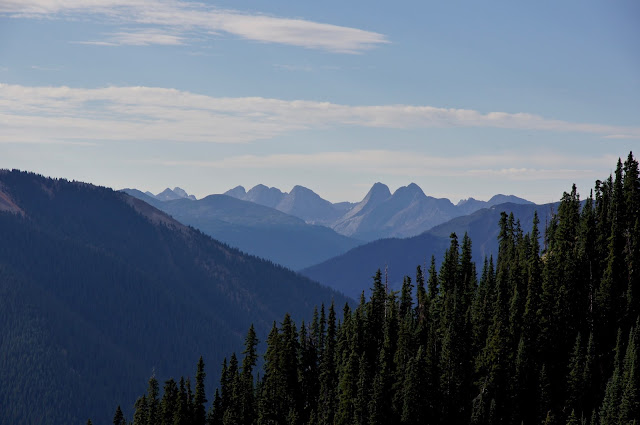 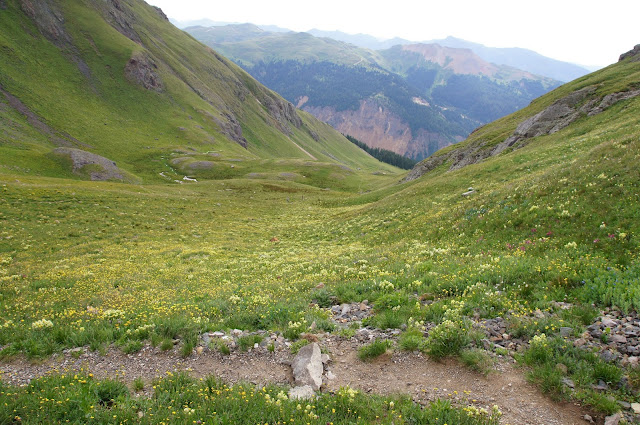 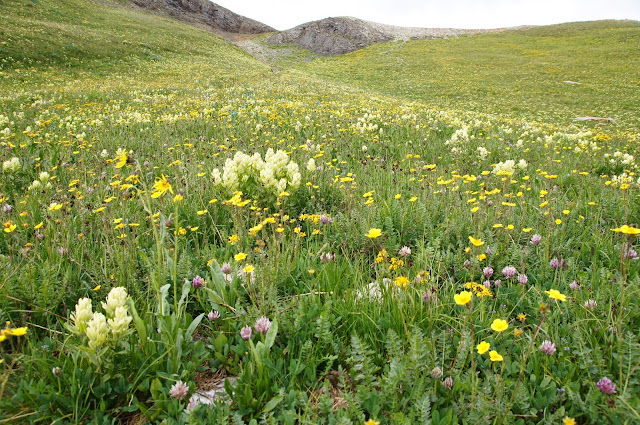 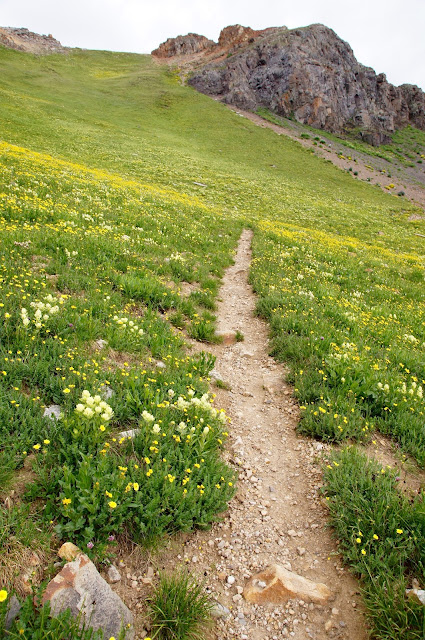 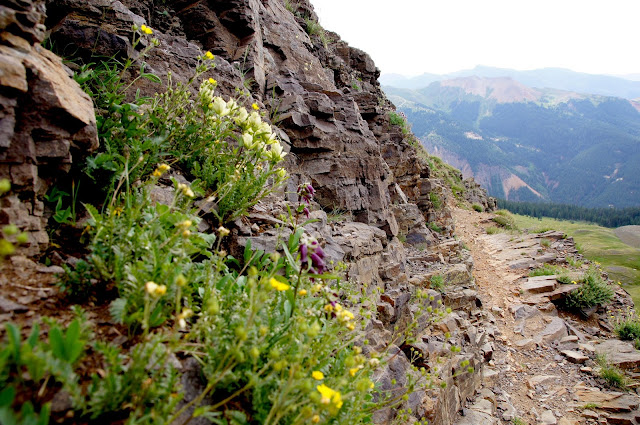 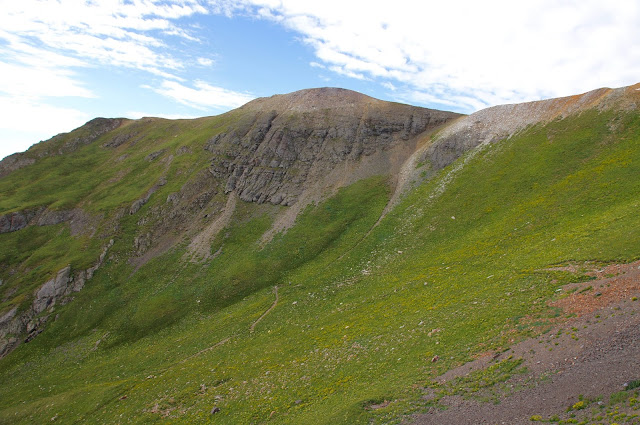 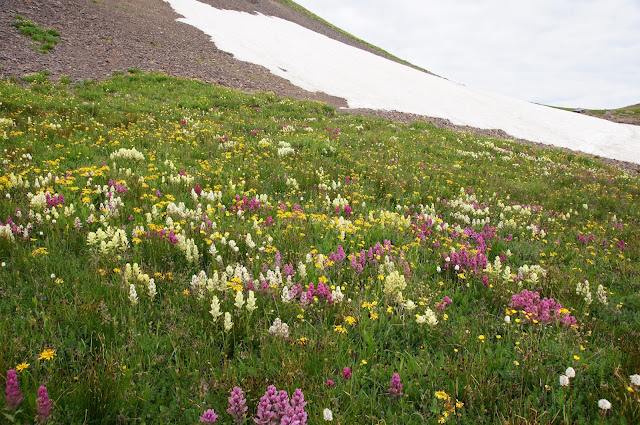 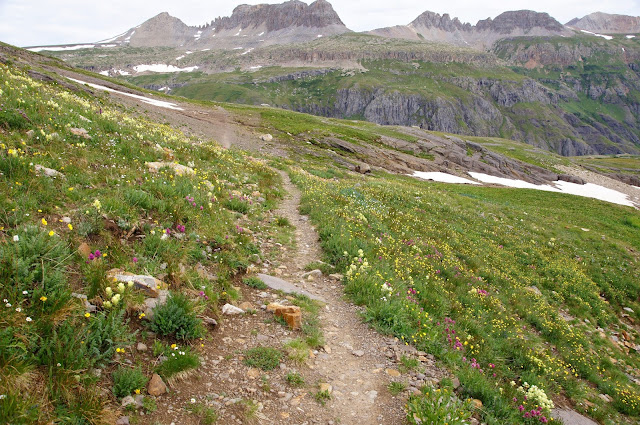 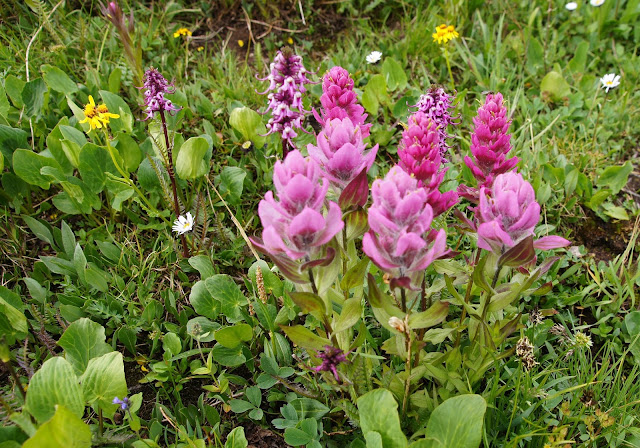 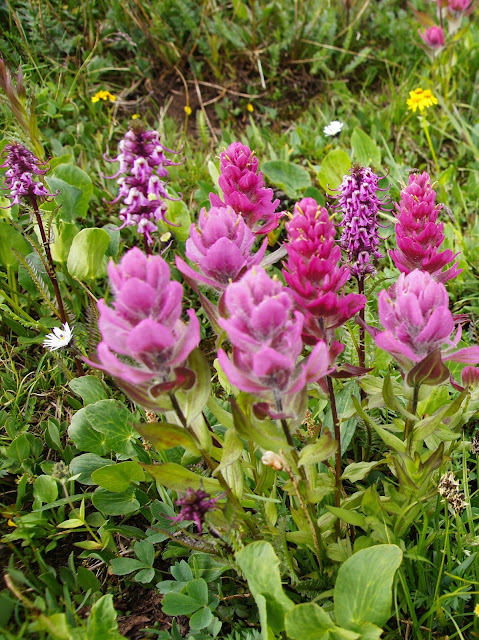 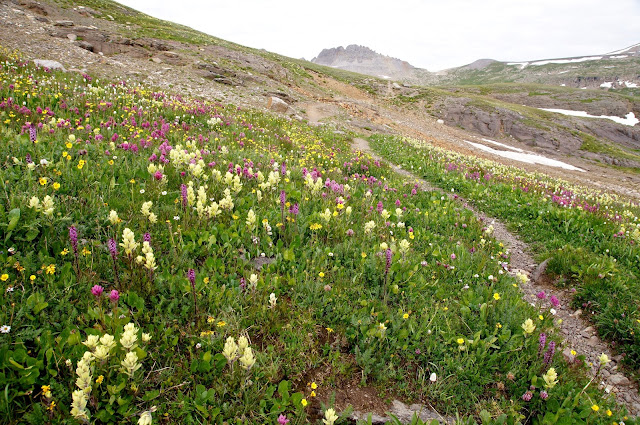 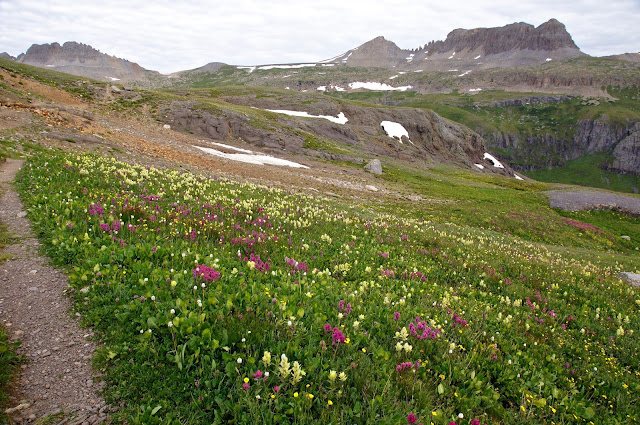 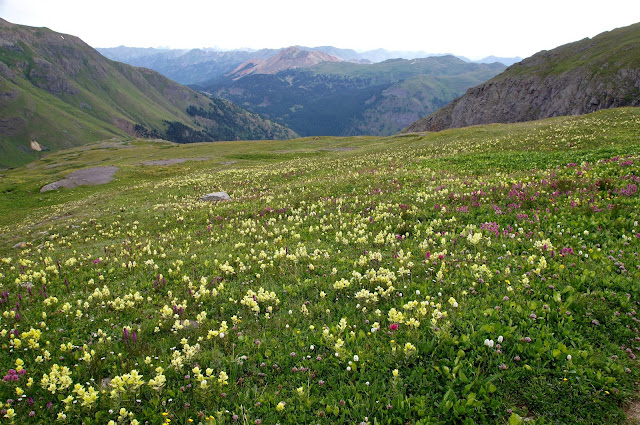 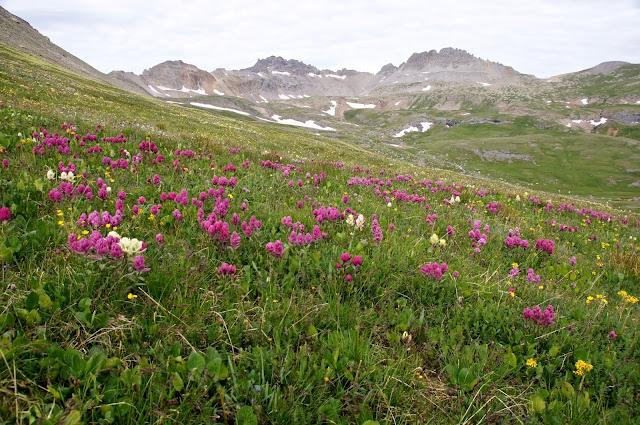 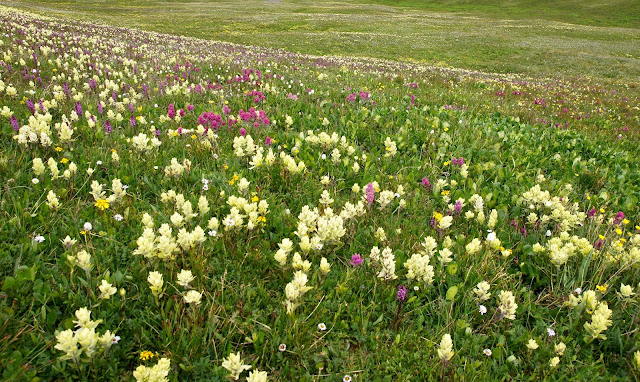 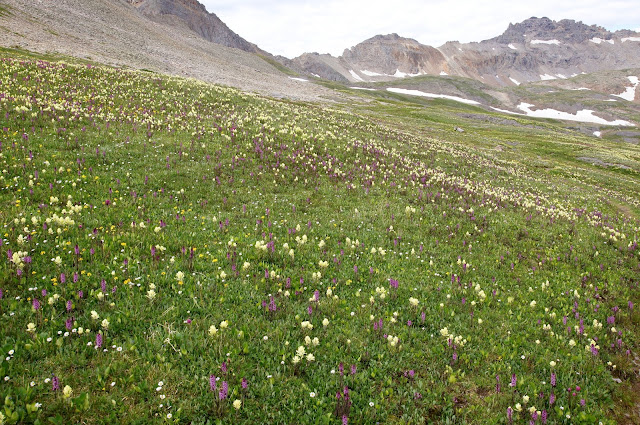 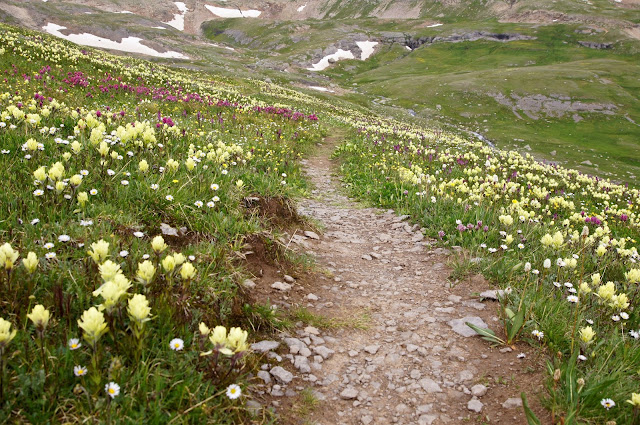 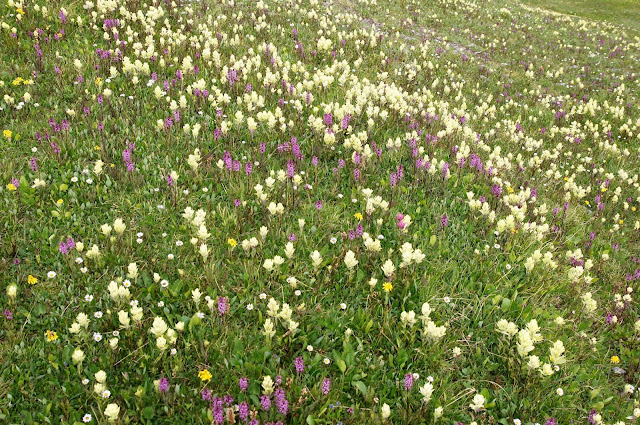 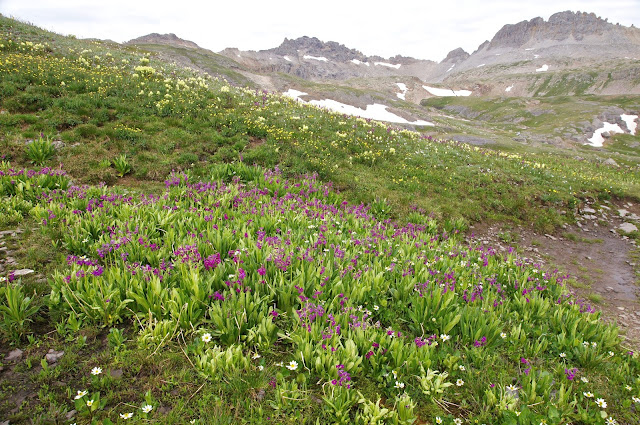 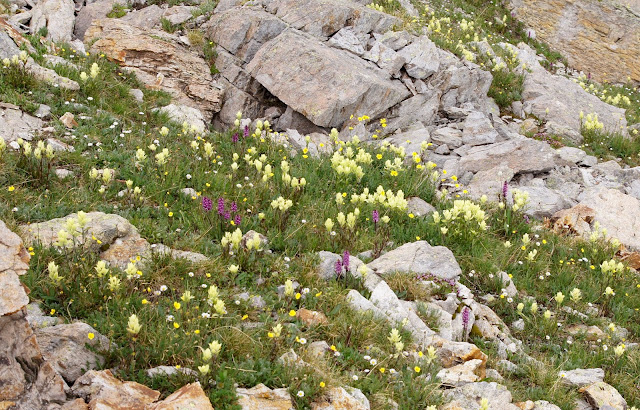 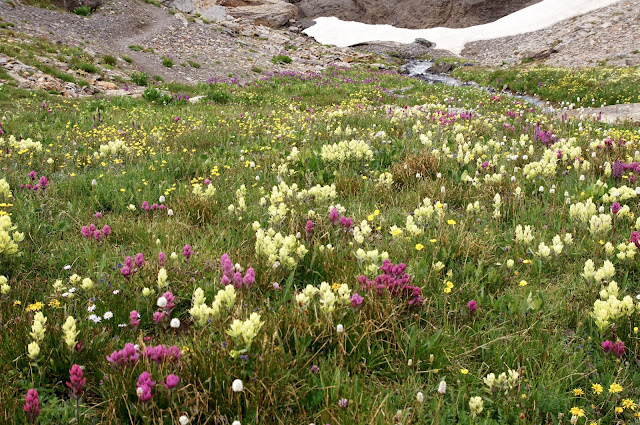 I was having a good day on the trail, breaking into Columbine Lake's upper basin in two hours flat. I putzed around the lakeshore for about 40 minutes, then climbed a mound that afforded a view back down the trail... looking for Bobbie and Dehui.
Nothing.
Posted by Box Canyon Blog.com at 8:37 AM