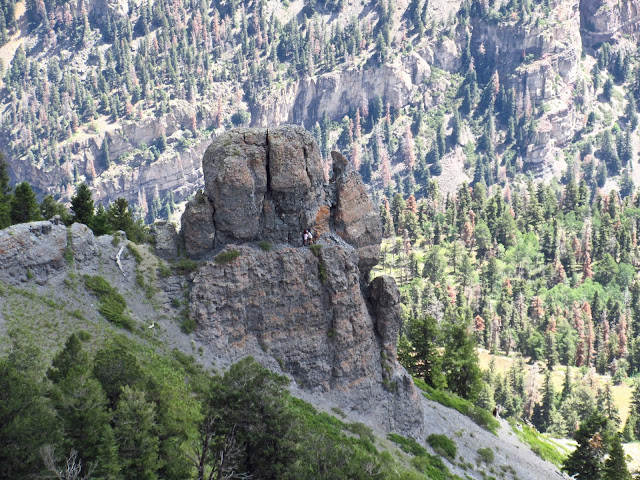 Sweat streaming, shirt soaking wet, but Twin Peak's summit was mine-all-mine, or so I thought.


Finally, a breather after 3,000 nonstop feet of unrelenting elevation gain in an hour and 49 minutes, only 10 minutes off a personal best 6 years ago when I was "Superman," training for the Imogene Pass Run from Ouray to Telluride. Those were days of peak fitness, and I want them back.

Townspeople and tourists motored around Ouray off the tips of my boots, slow-motion ants in search of parking and ice cream. Then something caught the corner of my eye. There, on Little Sister, movement... people. Climbers? I dug binoculars from my sopping wet pack. No. It was a family of four... seemingly stranded, huddled on a narrow ledge of loose rock, one hundred vertical feet above certain death. Look close, you can see them in the lead photo.

They seemed frozen, not moving a muscle... a good thing, I think. A sympathy shiver ran up my spine. Are they "ledged-out?" Unable to retreat? Should I call 911? 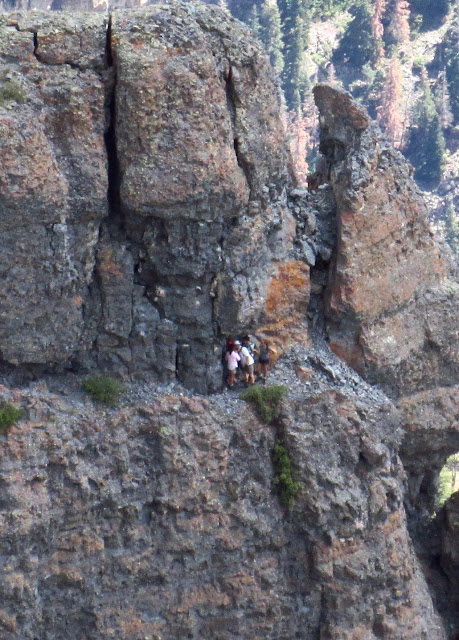 I couldn't believe my eyes. Why in Hell do normally rational parents do irrational things with their children in foreign environments?  They had no ropes, no climbing gear... nothing. So I waited, phone in hand, 911 dialed in, ready to push "Call."

After a few minutes, dumbass Dad begins a retreat... long-stepping across what looked like an impossibly sloped section of loose rock. He then lends a hand to the rest, one by one, pulling them across the bad spot... a spot a rational parent wouldn't have crossed in the first place. Had any one of them slipped getting back across, they would have pulled Dad off the mountain with them. Dad's don't let go... even irrational Dads.

Lord. Tourists. Every year they come to play in the mountains and a few die. Like yesterday, near Silverton... A little ghost town called Gladstone, to be exact. A father, his son, son-in-law, and daughter-in-law rolled an ATV off a Jeep road. Two dead; one critical; one expected to make it, the driver, of all people. I'll say it again, The mountains don't care. 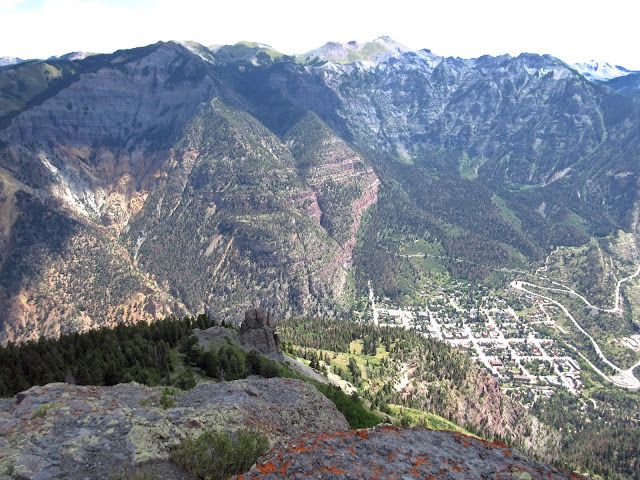 Once out of their predicament... back to safety on a broad saddle that separates Little Sister from Twin Peaks, I relaxed, started breathing again, and put away the cell. The mother and daughter headed down. I think they'd had enough. The dad and son started up my direction. I had a few choice words for him, but cooled off by the time they reached the top of Twin Peaks.

"So this must be Twin Peaks," he said.
"Yeah. You were on Little Sister over there. I thought I was going to have to call Rescue."
"Me too!" he replied, smiling. His son was quiet... head down, embarrassed.

They were from Dallas, on vacation, inches from going home in boxes. 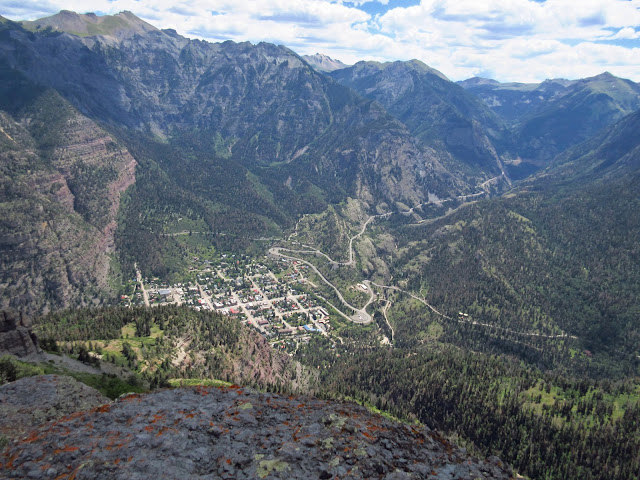 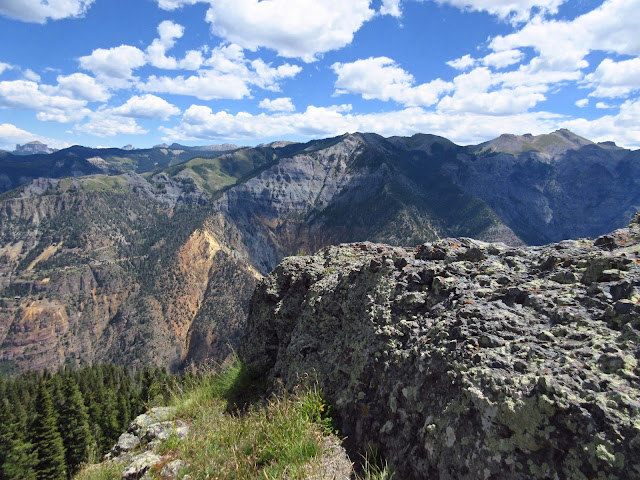 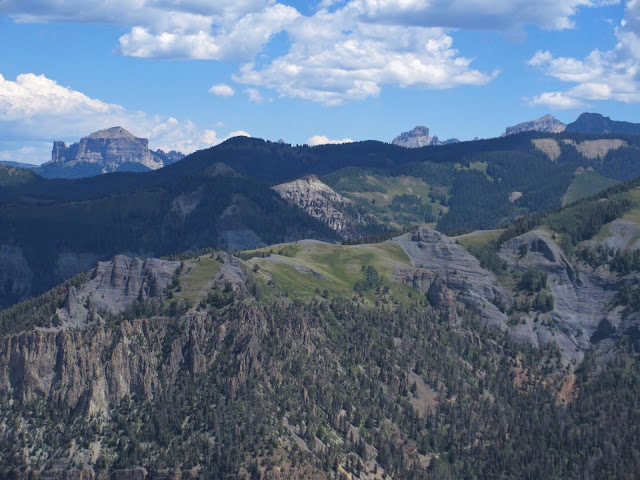 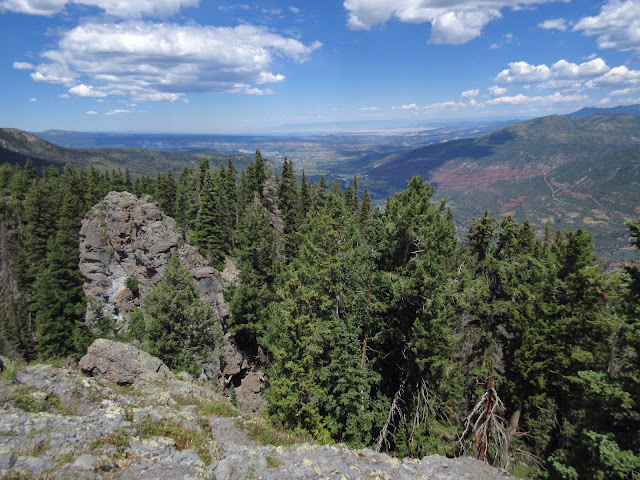 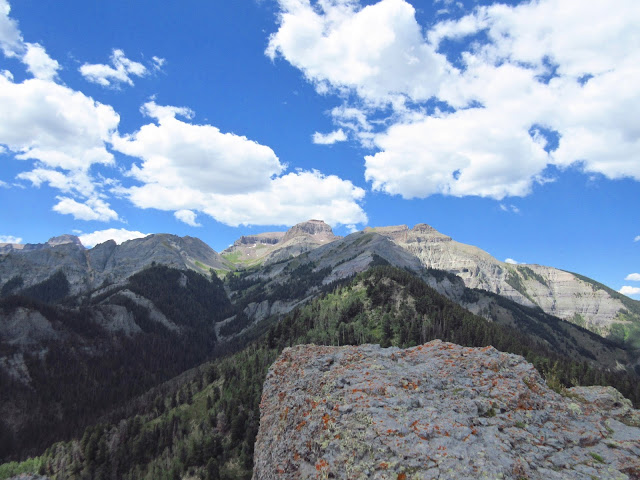 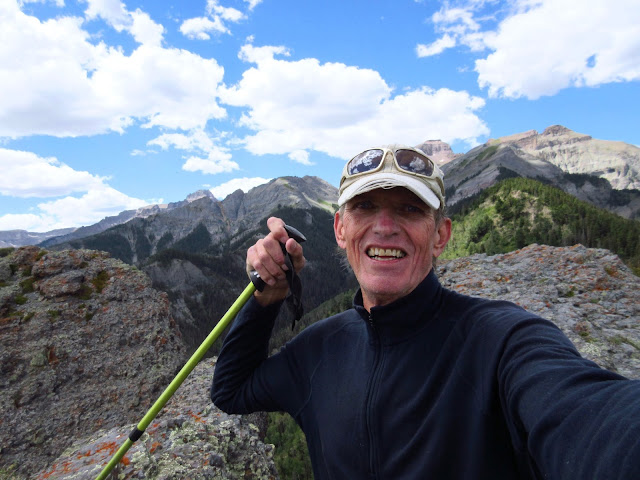 Posted by Box Canyon Blog.com at 9:39 AM