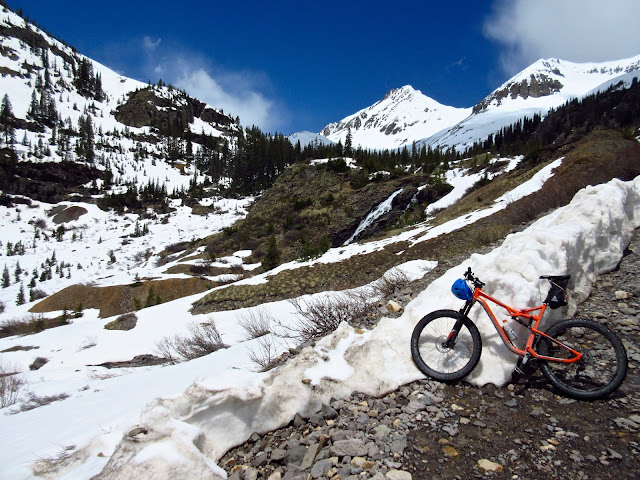 "Tis It is better to keep your mouth closed and let people think you are a fool than to open it and remove all doubt." Mark Twain


But, as you are well aware, I don't keep my mouth closed, "removing all doubt" when it comes to being the "fool on the hill."

Hell, I share everything but "the bedroom" here on the BCB stage—sophomoric art, writing, and photography, to mention a few. Thus, you are privy to all the inevitable failure that lies in a heap at the feet of an overachieving, but woefully incapable dreamer. But today's post is a rare success, a story in which I fully intend to (momentarily) "wallow" in achievement like a pig in shit. 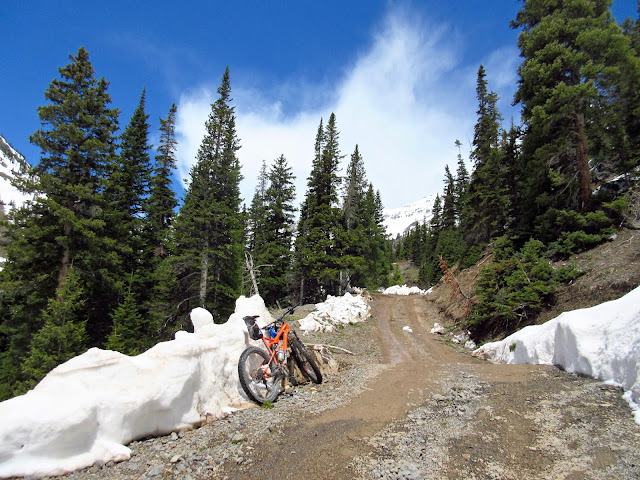 Suddenly, I had a "mutiny" on my hands; lungs and legs were in full revolt after nearly three hours of grinding up Camp Bird Road. I paused to rest, disbelieving eyes taking in the white magnitude of Mount Sneffels against a Colorado Cobalt sky. 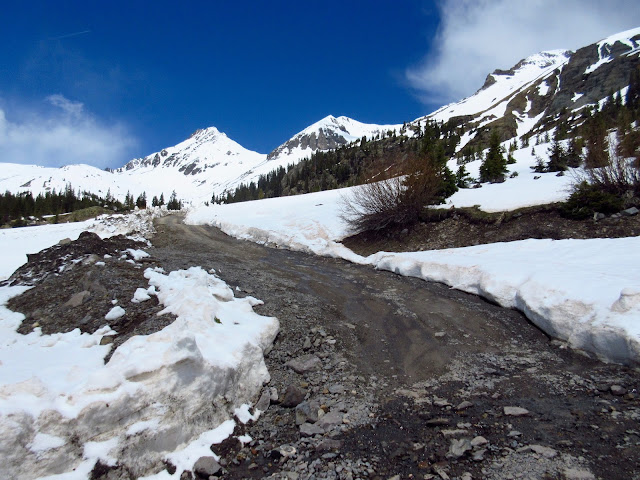 A rocky creek crossing and a modest half mile of Jeep trail was all that stood between a Geezer and his dream—the glorious personal triumph of pedaling a bike from Lovely Ouray to Yankee Boy Basin... perhaps the most prolifically wild-flowered, sweet smelling setting in the world come July and August. 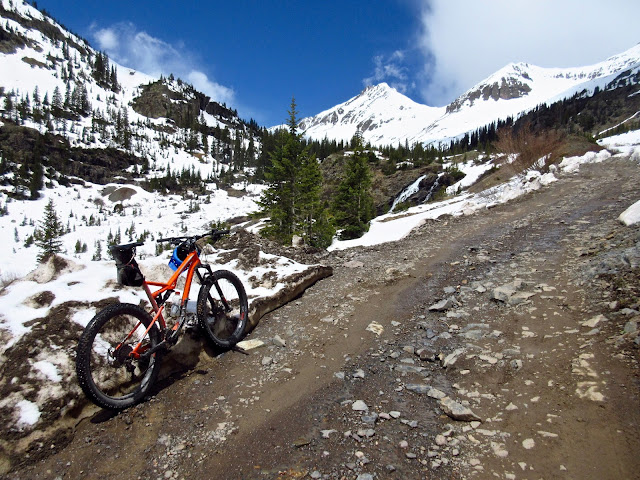 But it was May, not "July." What a difference 34 days can make in Alpine Country. While the rest of the world is knee deep in veggie gardens, our playground remains knee deep in snow. This is the price mountain folk pay for two indescribable months of summer, and why most of us have Rvs. 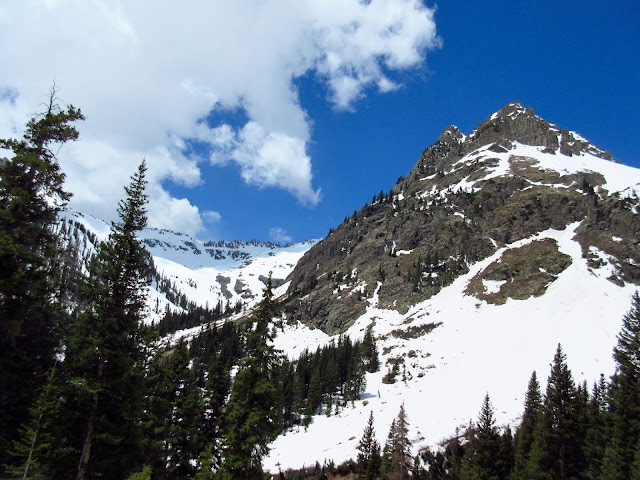 Still, the preseason eye candy of snowcapped mountains was magnetic. It pulled me onward and upward... into air so thin it couldn't fill a paper bag. Hence the "mutiny" of leg muscles starved for O2.

Taking photos was more an excuse to catch breath than anything else. While I did make it to Camp Bird Mine without stopping, the same can't be said for the final pull to Yankee Boy. 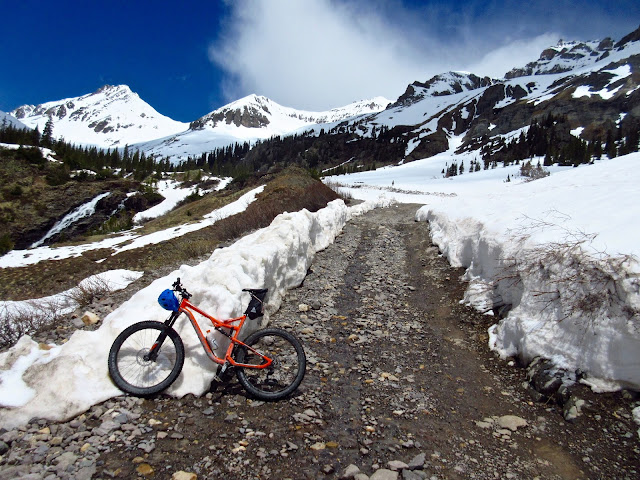 At long last Twin Falls came into view. I realized that, one way or another, I was going to pull this crazy stunt of a dream off... even if I had to carry the damn Fat Tire the rest of the way. 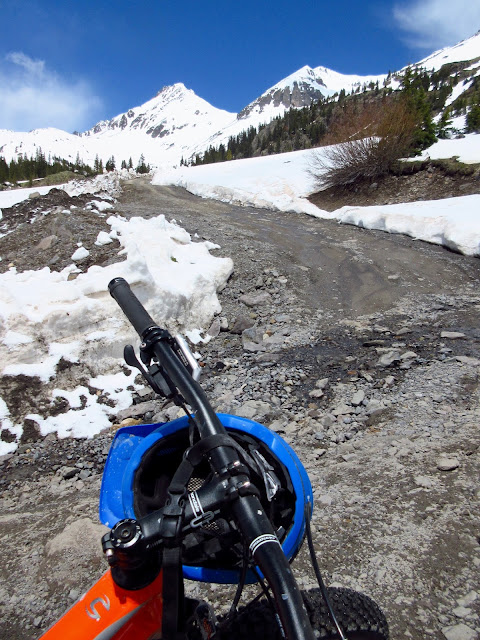 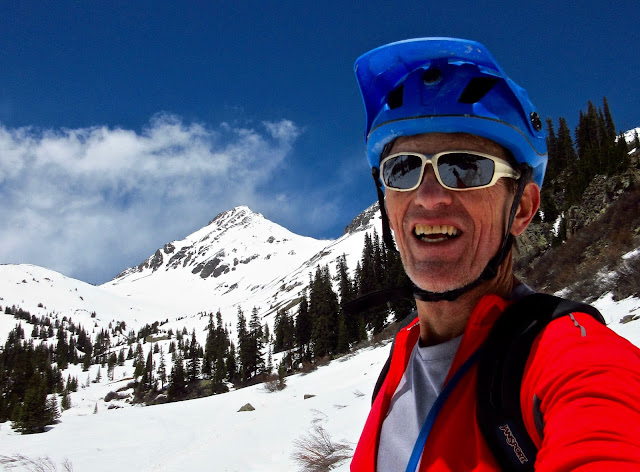 As I rolled into the snowbank where dozer-man called it "quits," a small group of backcountry skiers gave me a standing ovation. Whether it was the "cheer" or the chilled breeze on a sweat soaked jersey, I'm not sure. Suddenly I came down with a severe case of Goosebumps.

After a couple attempts at Selfies (to prove I actually made it) one of the backcountry guys came over and helped me out with a few more photos. 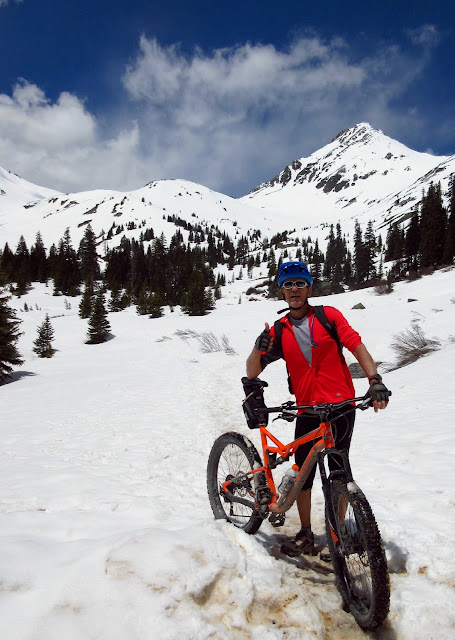 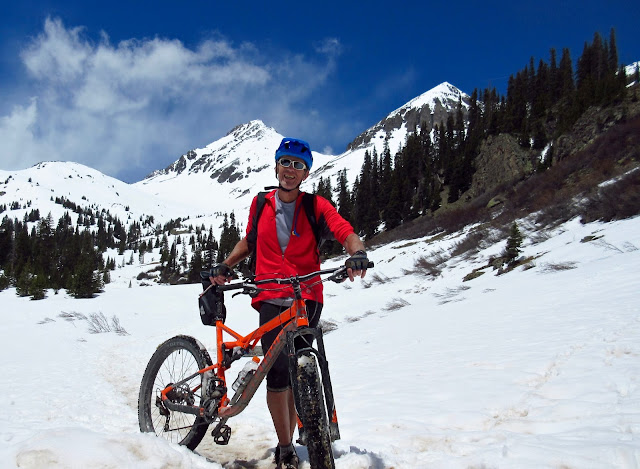 If I had only one word to convey the entire experience of pedaling up to Yankee Boy, it would be "gratitude." Not pride; not joy; not machismo... though they all play supporting roles when it comes to the "hazards of being Male." Just Gratitude, thankful to still be doing the kinds of activities that always, and still do, bring such completeness to an otherwise insignificant existence in a Universe of Stars.

Good tidings and peace out from Lovely Ouray,
mark 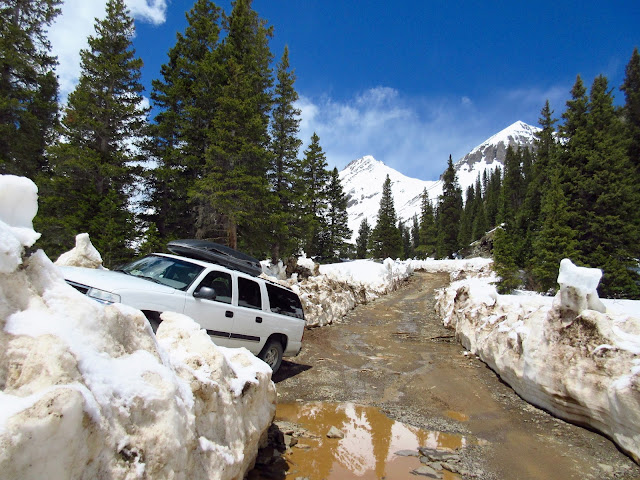 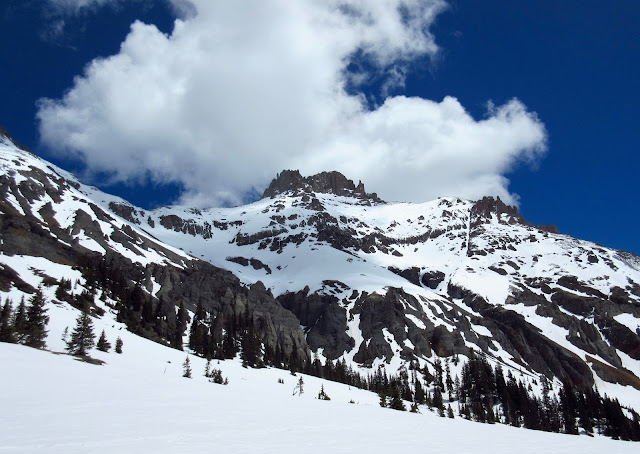 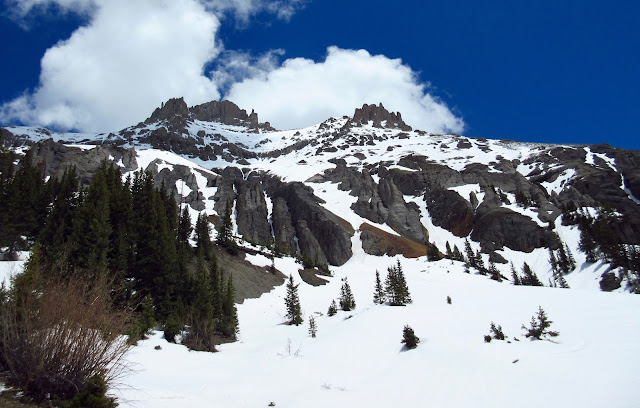 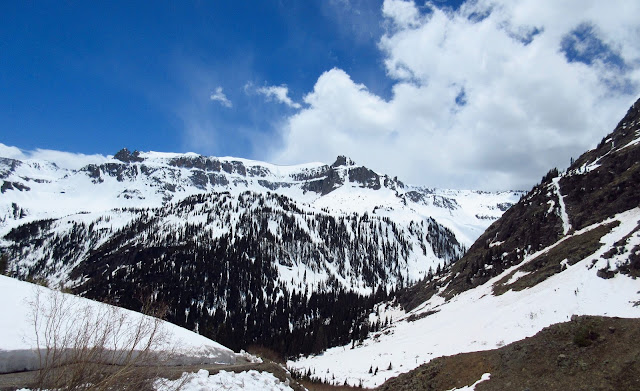 Posted by Box Canyon Blog.com at 9:58 AM