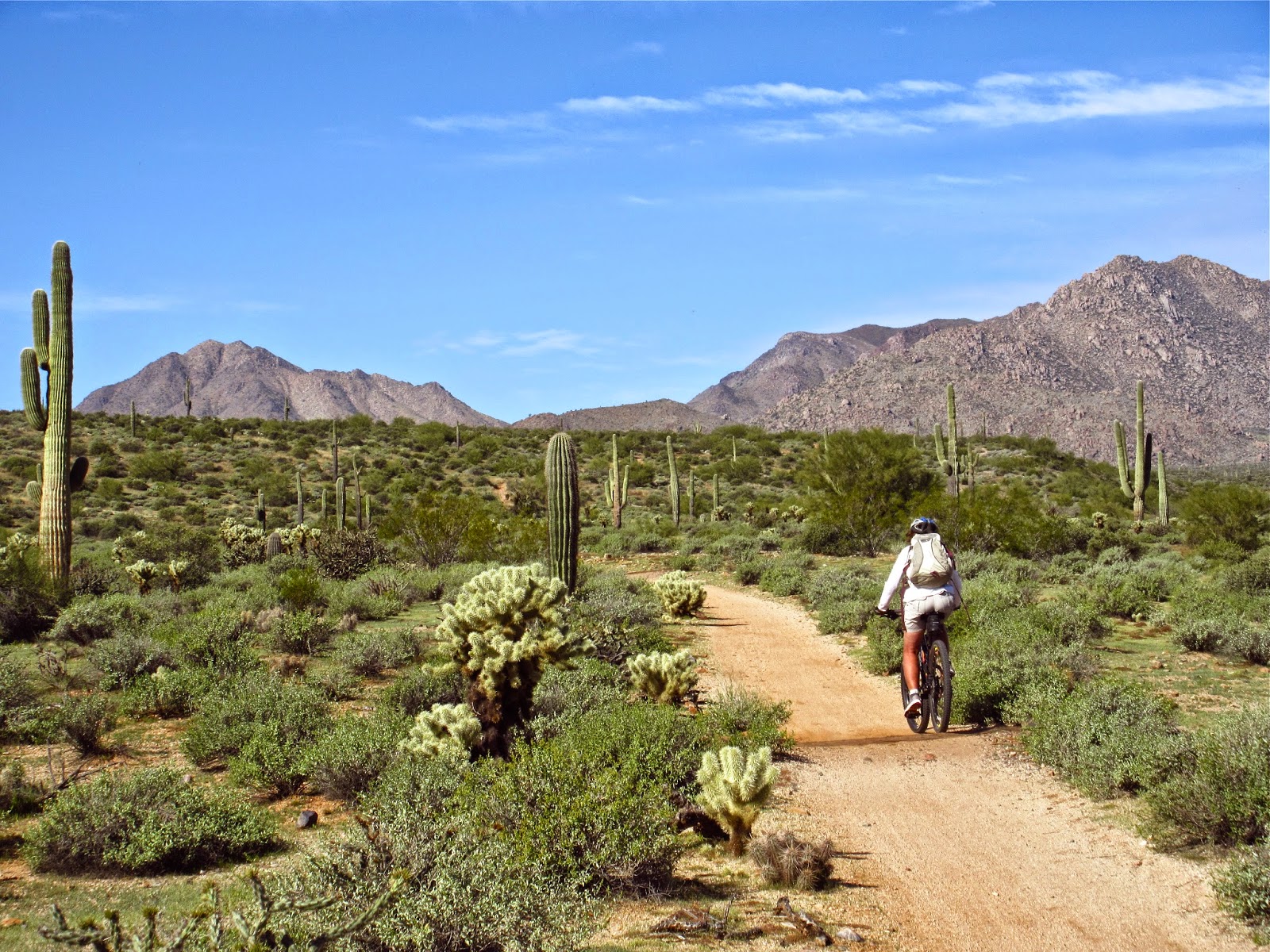 I watched Bobbie slowly make her way around the camp-loop in Sue Bee… headed off to "overflow" to wait out her "sentence." I sat behind Goldie's wheel, trying to calm down some before having a conversation with the rude camp host. In the old days, I would have went in on the offensive, "guns blazing," kinda like in third grade, when I was the biggest kid in class. In the uncivilized adult male world, impertinence often backfires and only serves to escalate hostilities. But when all those chemicals and hormones get released into the bloodstream, it's like cocaine… it feels so good. I tried to think about alternative approaches: maybe this is not as black and white as I'm making it out to be. Maybe Adolph is just having a bad day and will soften up with a gentle approach.

I eased Goldie to a stop at the site where Adolf was still dragging that rake back and forth, getting all the lines nice and parallel. I rolled the window down, shut off the motor and took a deep breath.

"Hey, I wanted to apologize for the misunderstanding. Your wife made it sound like the previous tenant was still there, so when I drove around and found the site vacant and raked I stopped, in case it was ready."
"It's not ready."
"I realize that now. I just wanted to let you know I misunderstood and how it happened."

Adolf exuded surliness; he went back to dragging his rake around. I waited for some kind of response to my peaceful overture, like, "Oh don't worry about it, come back in a few minutes and I'll have it ready." But no. It was if I wasn't even there. I was being ignored, "dished" like a rag. Something snapped; I felt a familiar rush of chemicals… just like back in third grade or high school. Permission to get nasty, granted.

"Okay, well, just for the record then, I'd like to tell you that you had no right to be so uncivil to my wife the way you just did. She only came over here at my request to ask if per chance our site was ready after all, seeing that it was vacant and raked and clean. She did nothing to deserve being dressed down for politely asking a legitimate question. We payed our camp fees, so, in a sense, you work for us and thus need to show a little more respect, especially when talking to a lady. You were downright rude, and she was upset by your discourteous treatment."

Adolf paused his raking, finally looked up and said, "Go to overflow and come back in an hour." That's it. 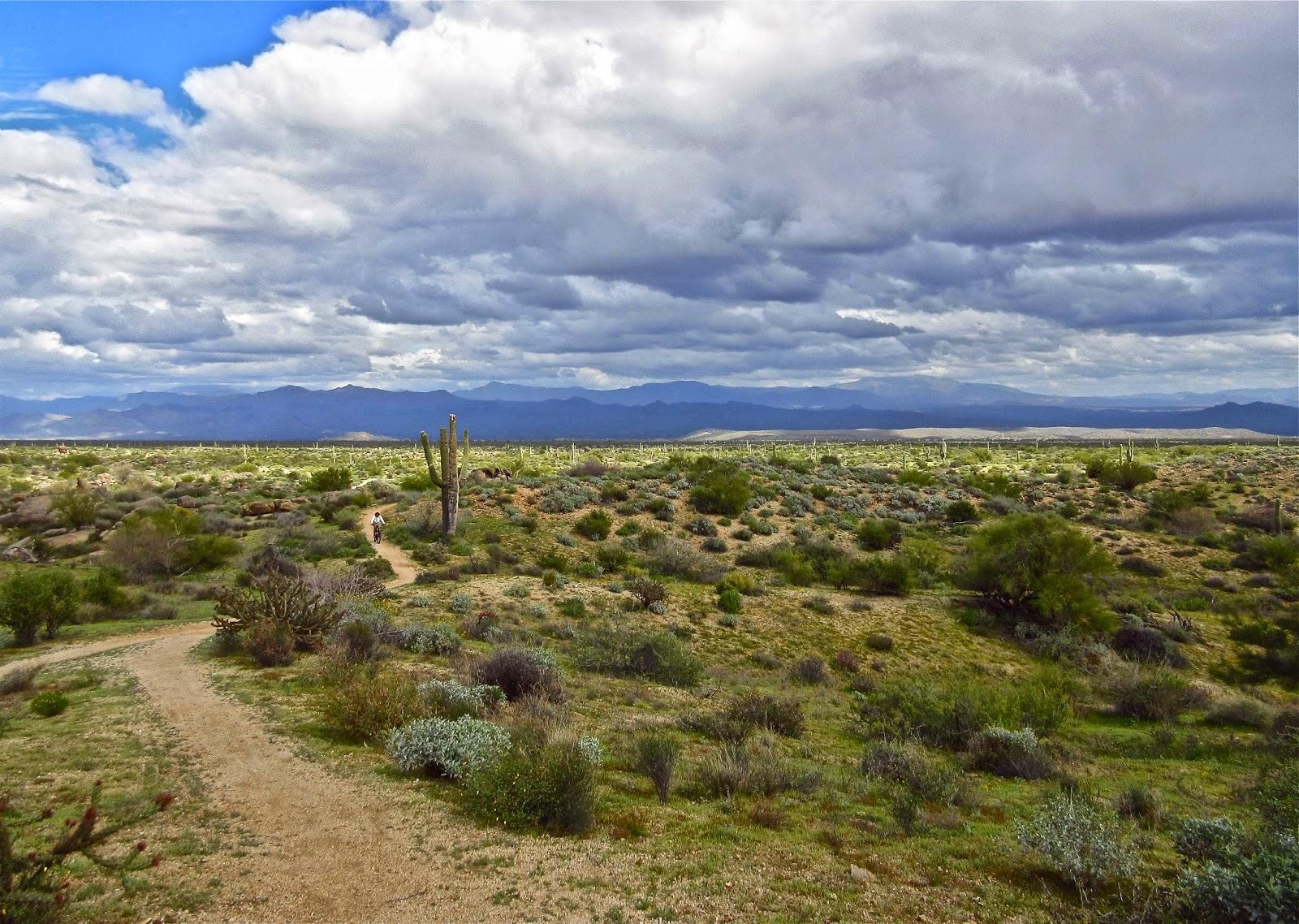 I guess you could say I didn't exactly win him over. In rethinking, I came up with all kinds of things I should have said…  you know how that goes, some a sharp-tongued response carefully prepared on notecards that leaves nothing but a pile of bloody meat amidst a sliced and diced uniform… a badge, all mangled, and ravens picking at the spoil. This is why people should not be allowed to "carry."


Everything else about McDowel County Mountain Park was dreamy… except for their Merry Go Round camping policy, which I will discuss on the next post. 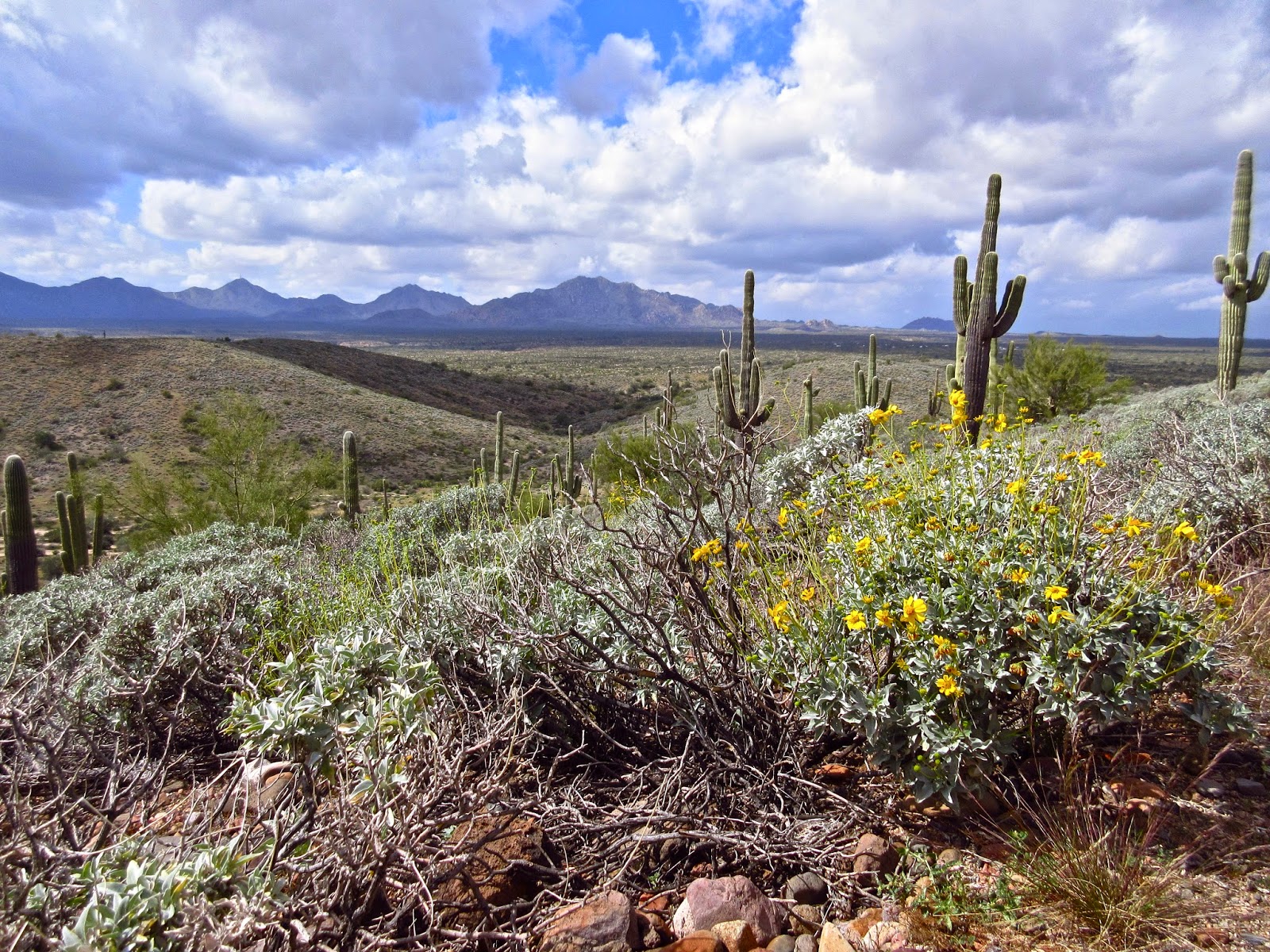 Heading off to an Internet Dead Zone for a while. Thanks for your comments and attendance, dear readers.
Peace Out
mark and bobbie

Here are a few random photos from our (mostly) delightful stay at MMP, the best beginning to intermediate mountain biking experience you will ever have, and in such a supremely lush desert setting. 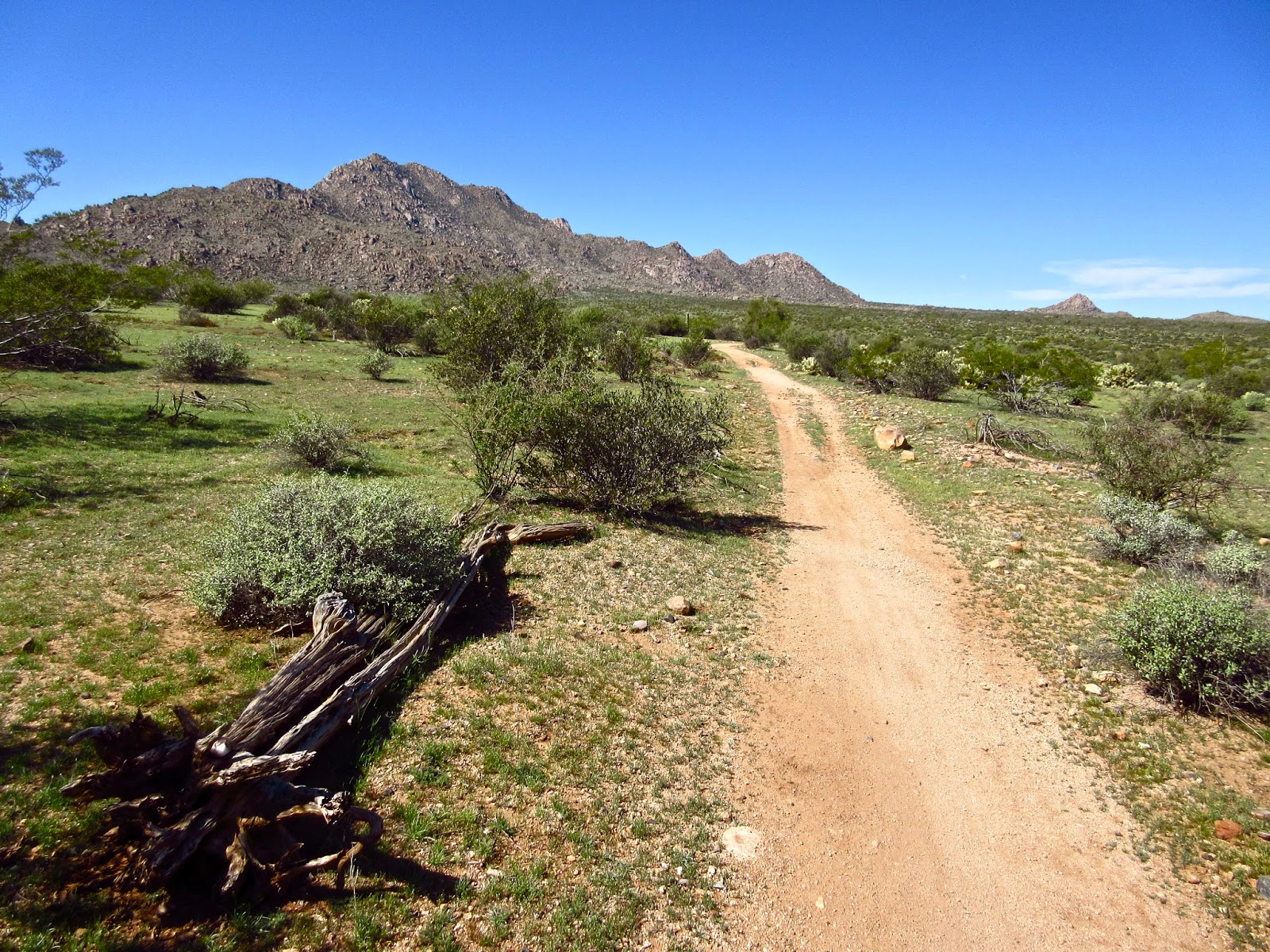 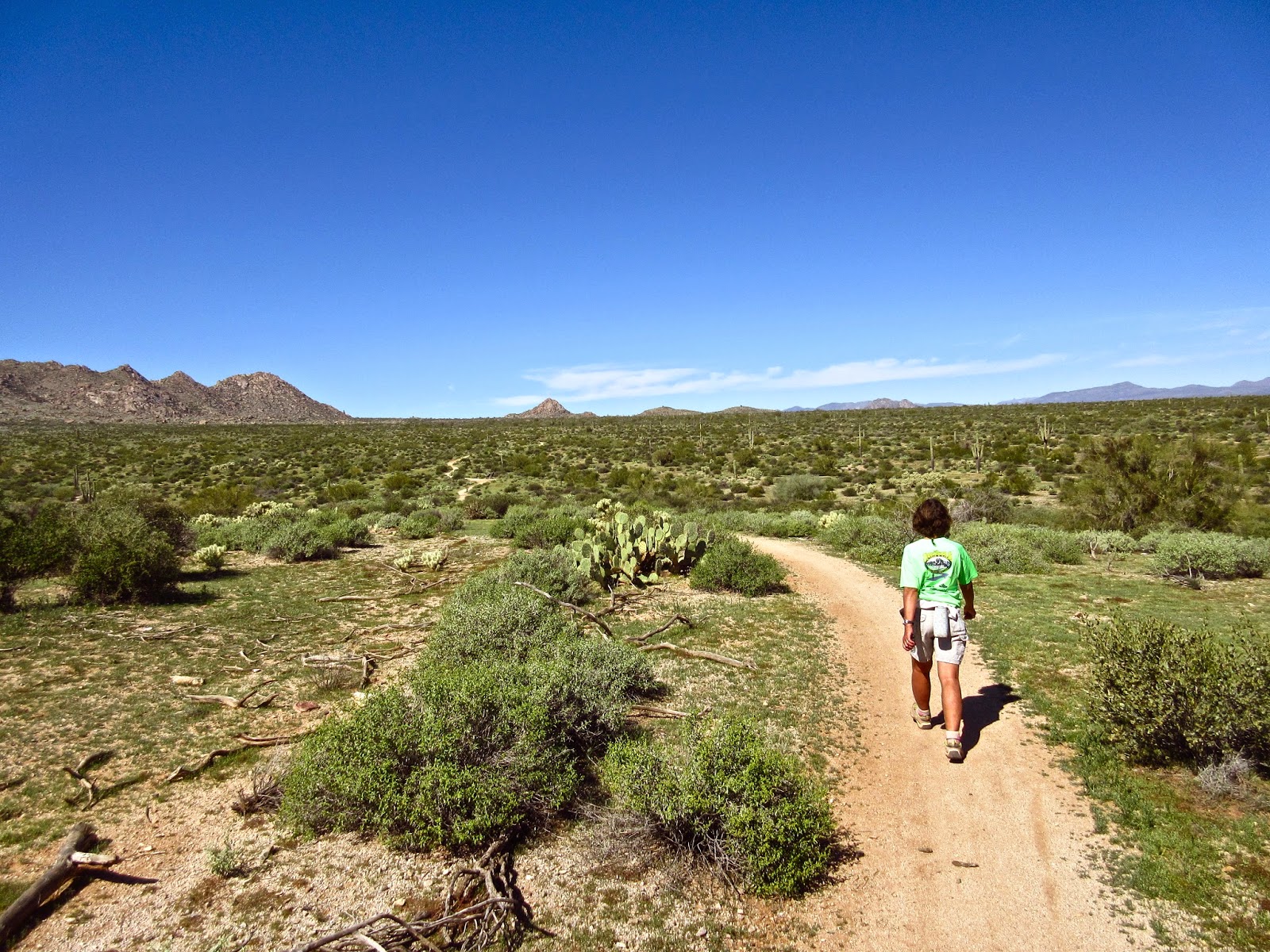 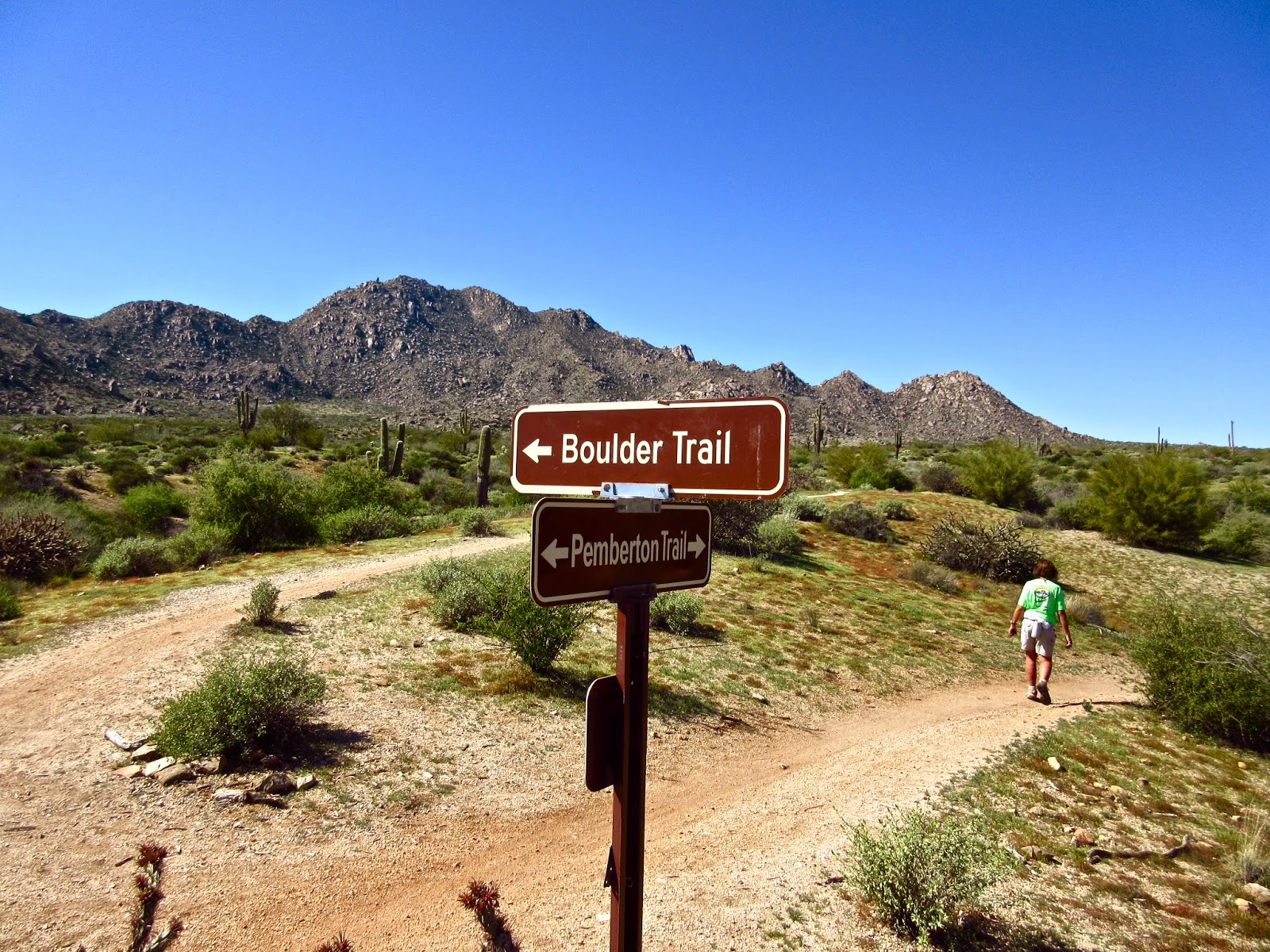 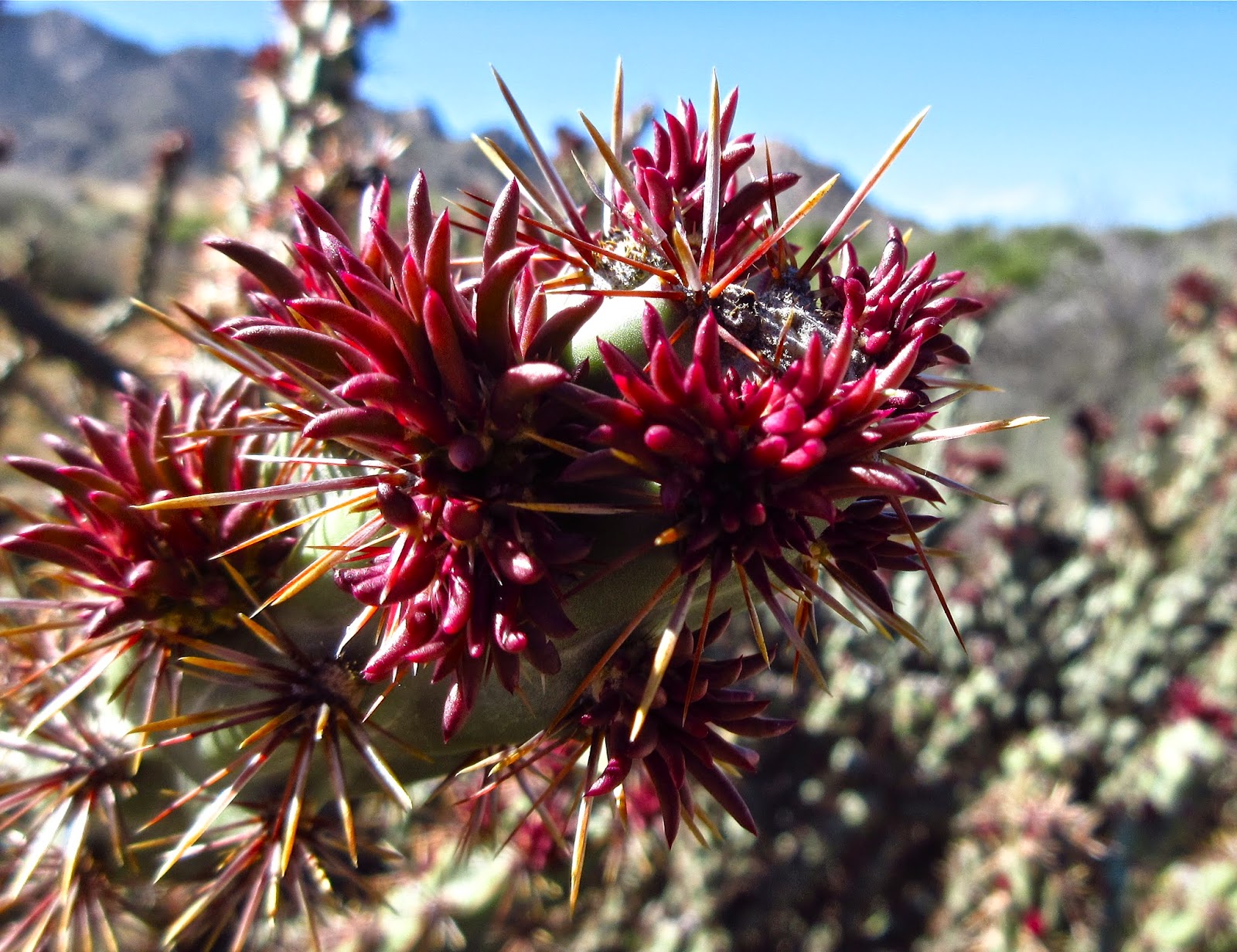 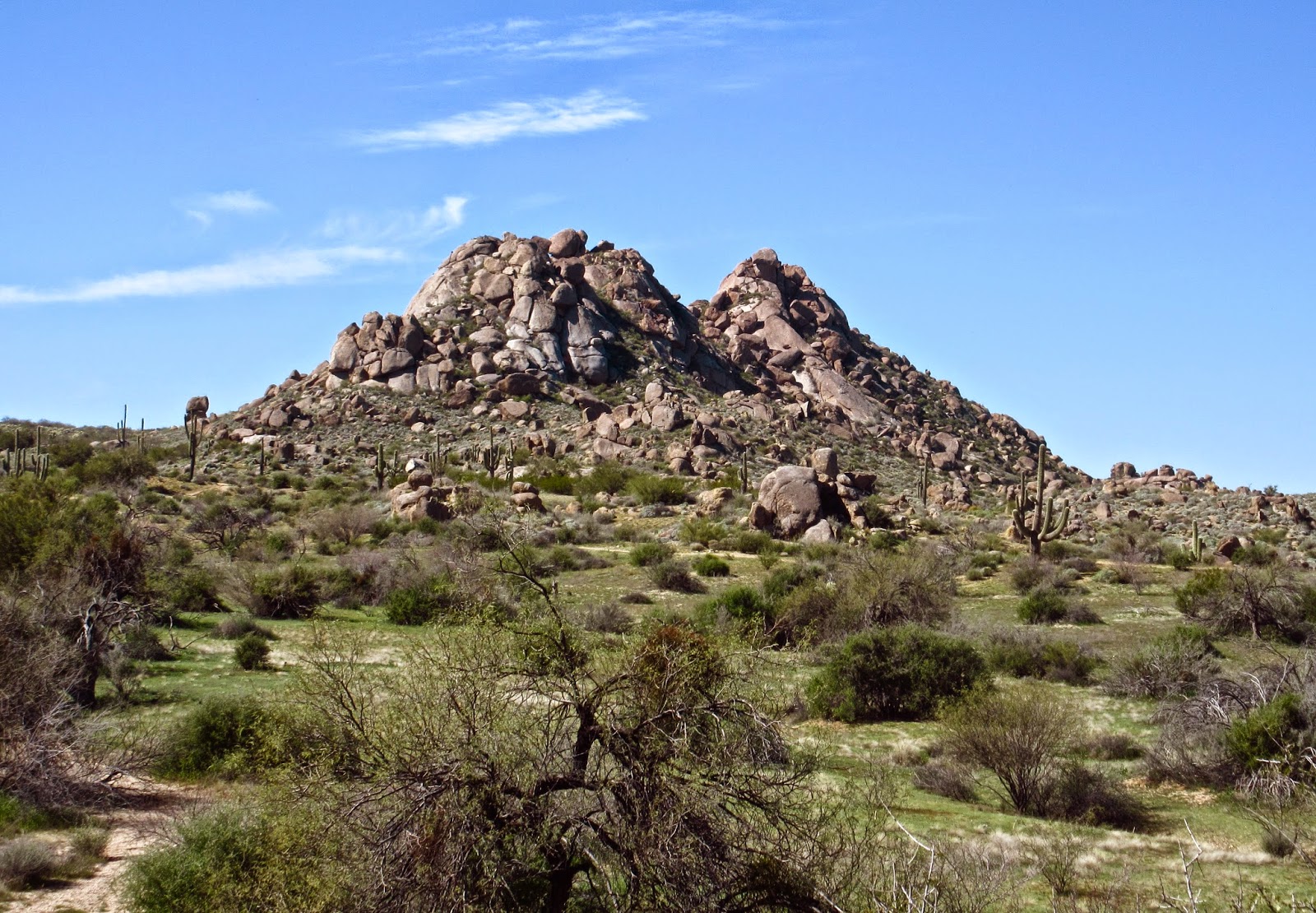 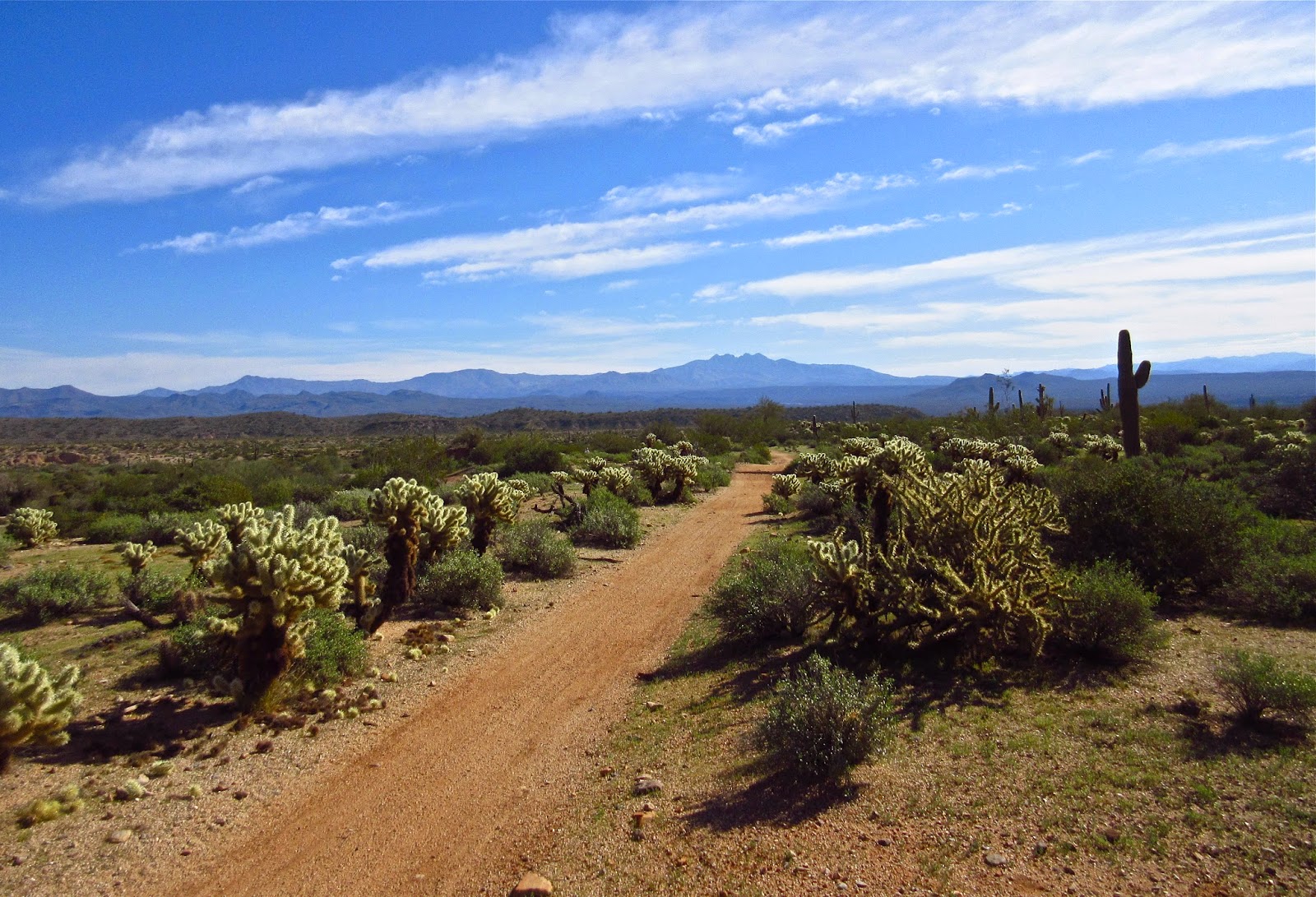 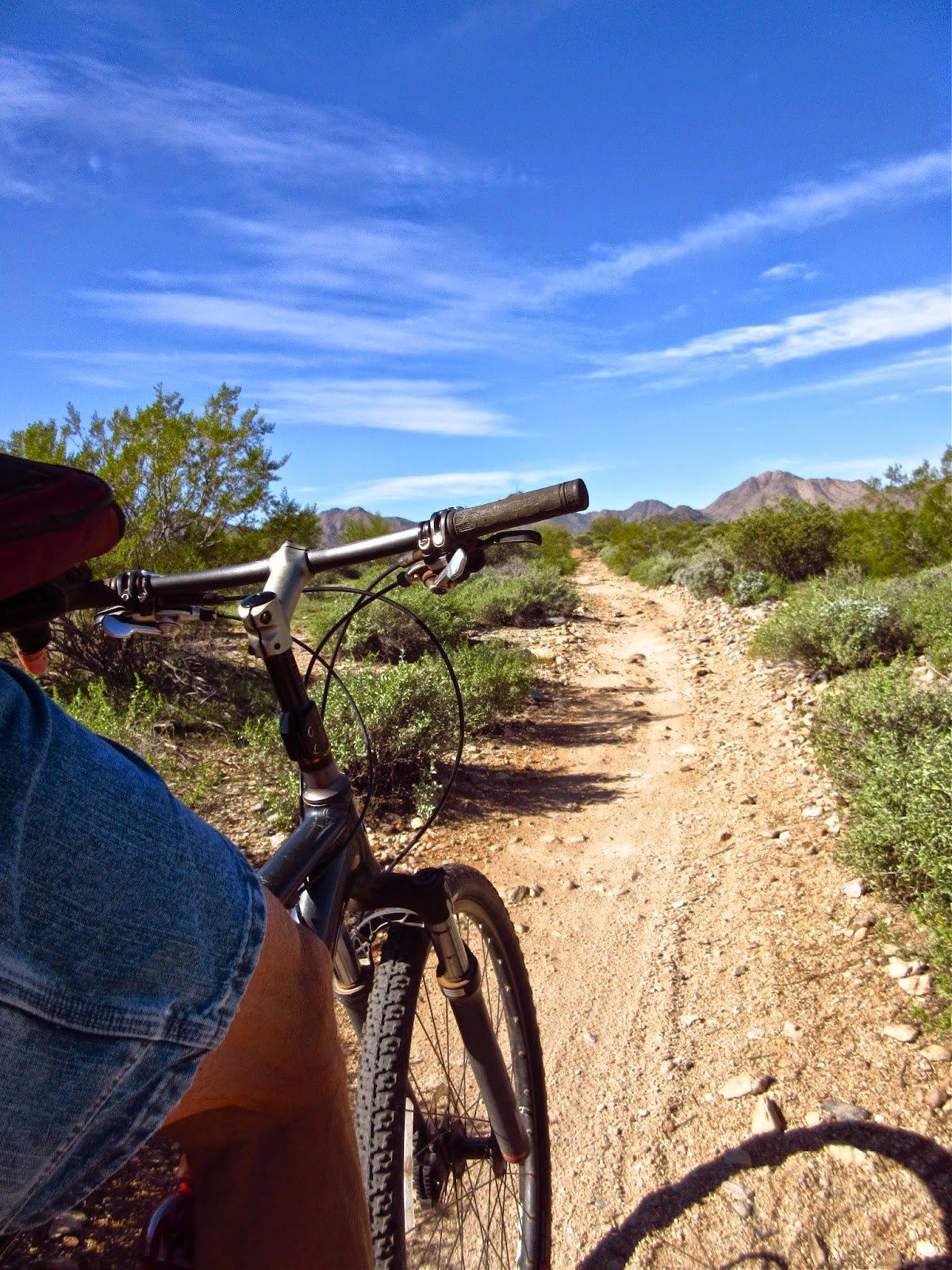 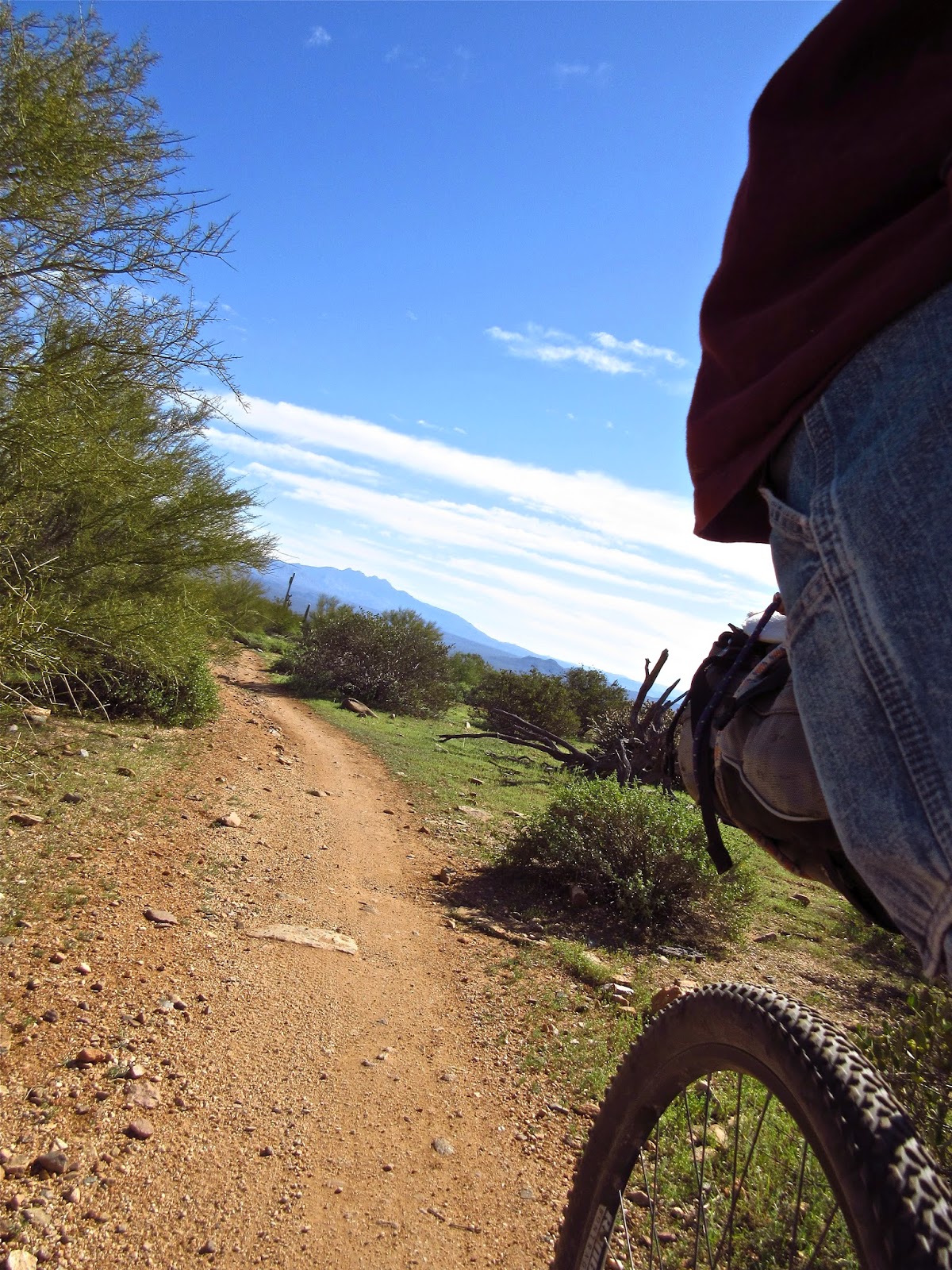 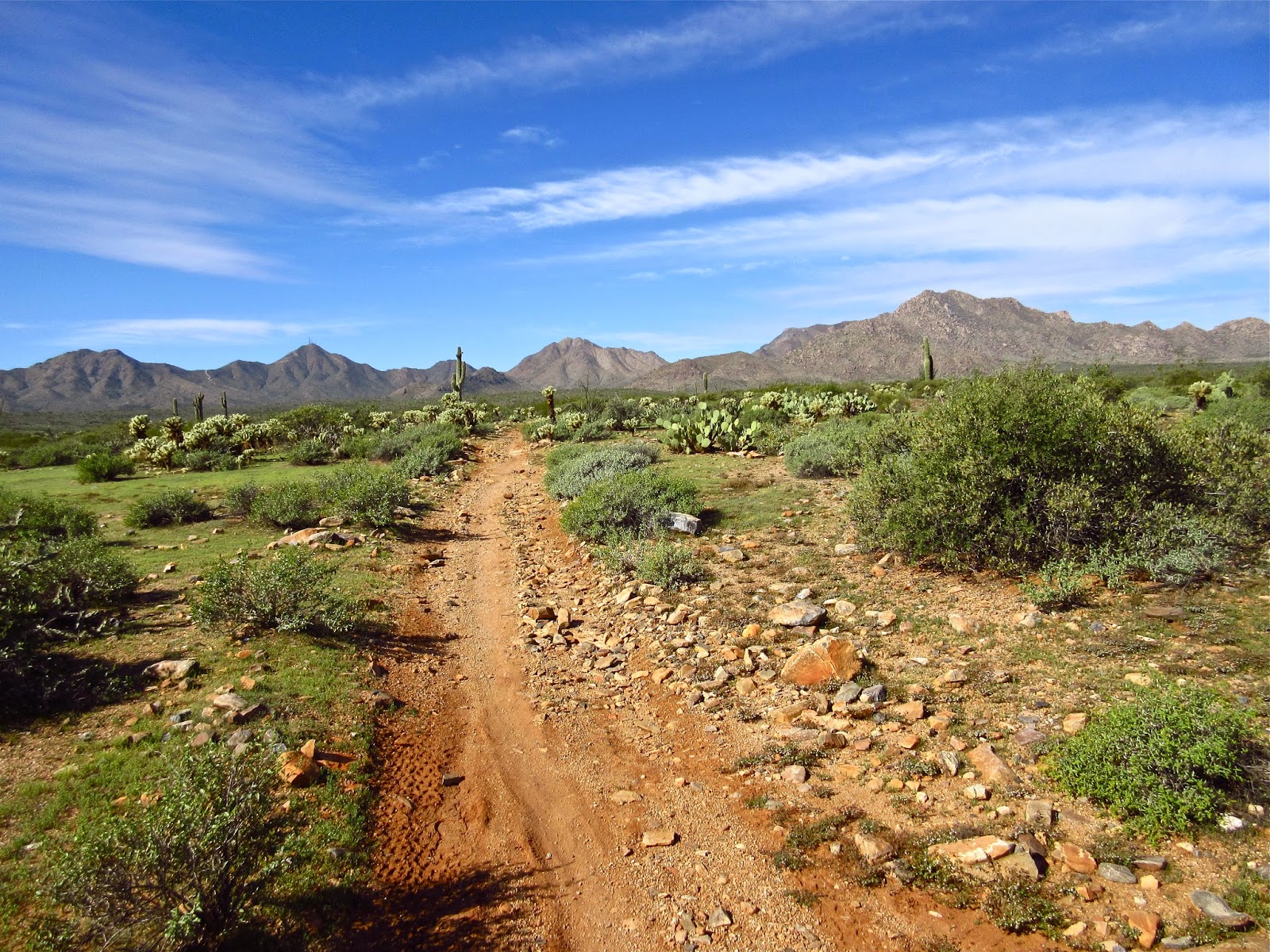 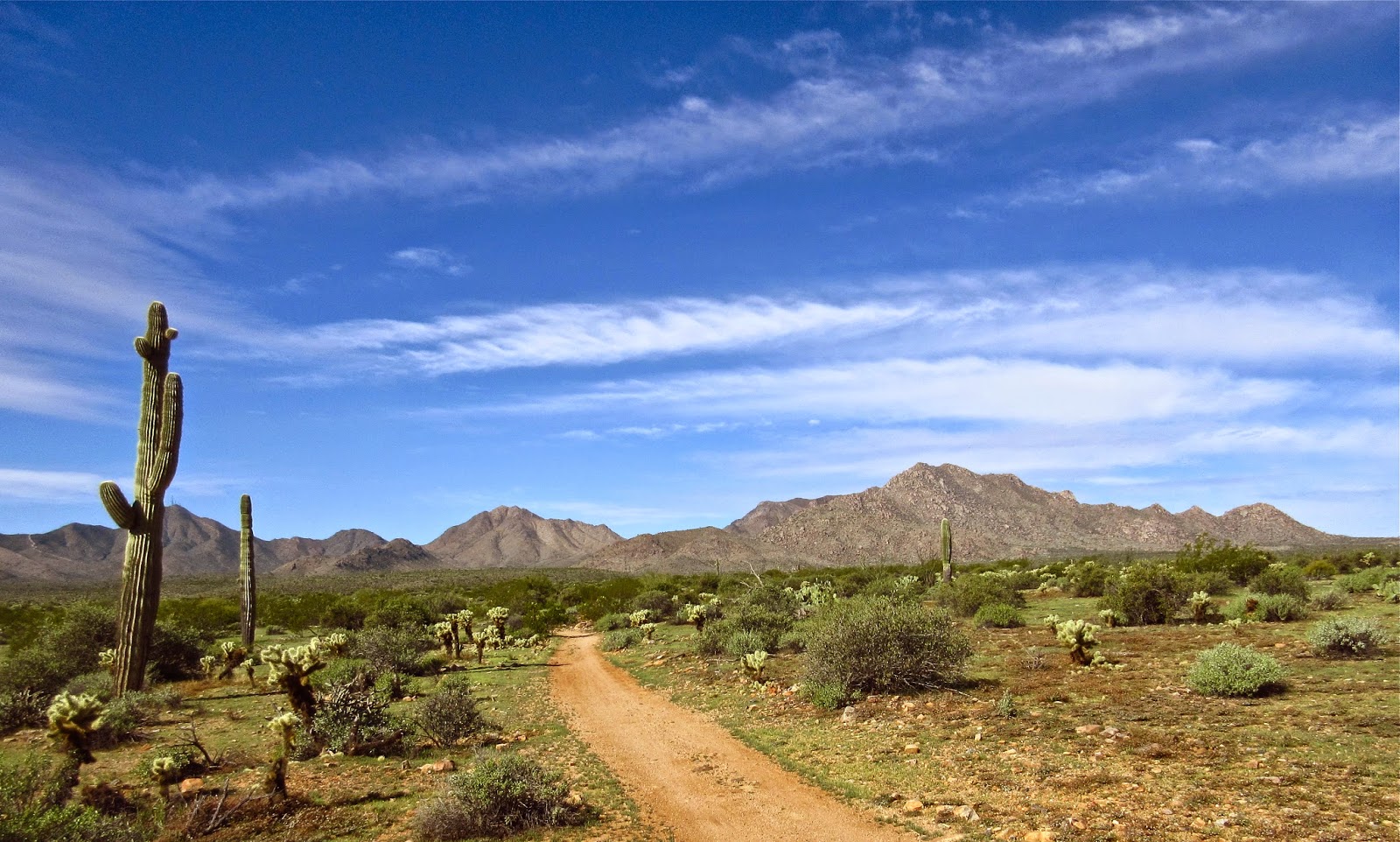 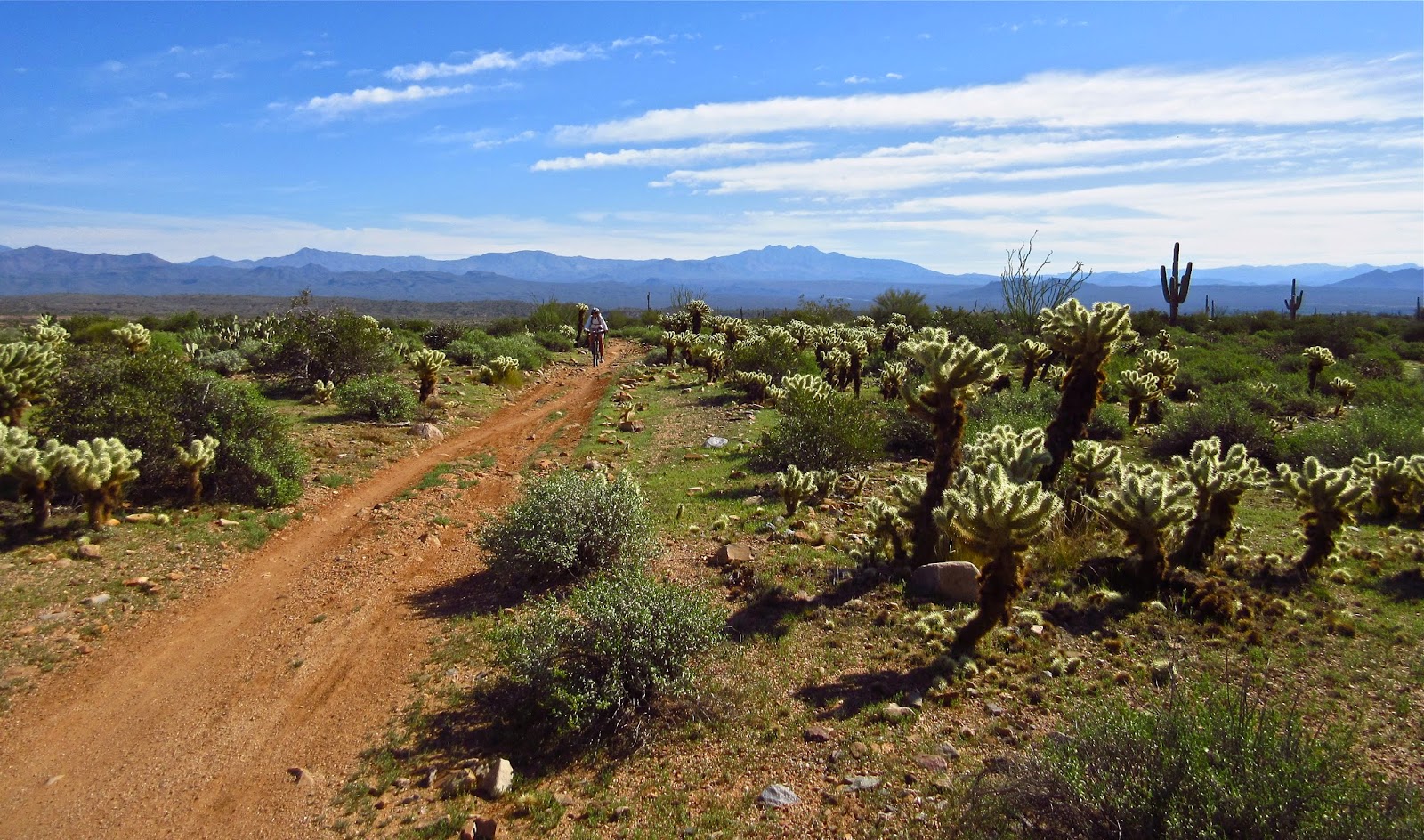 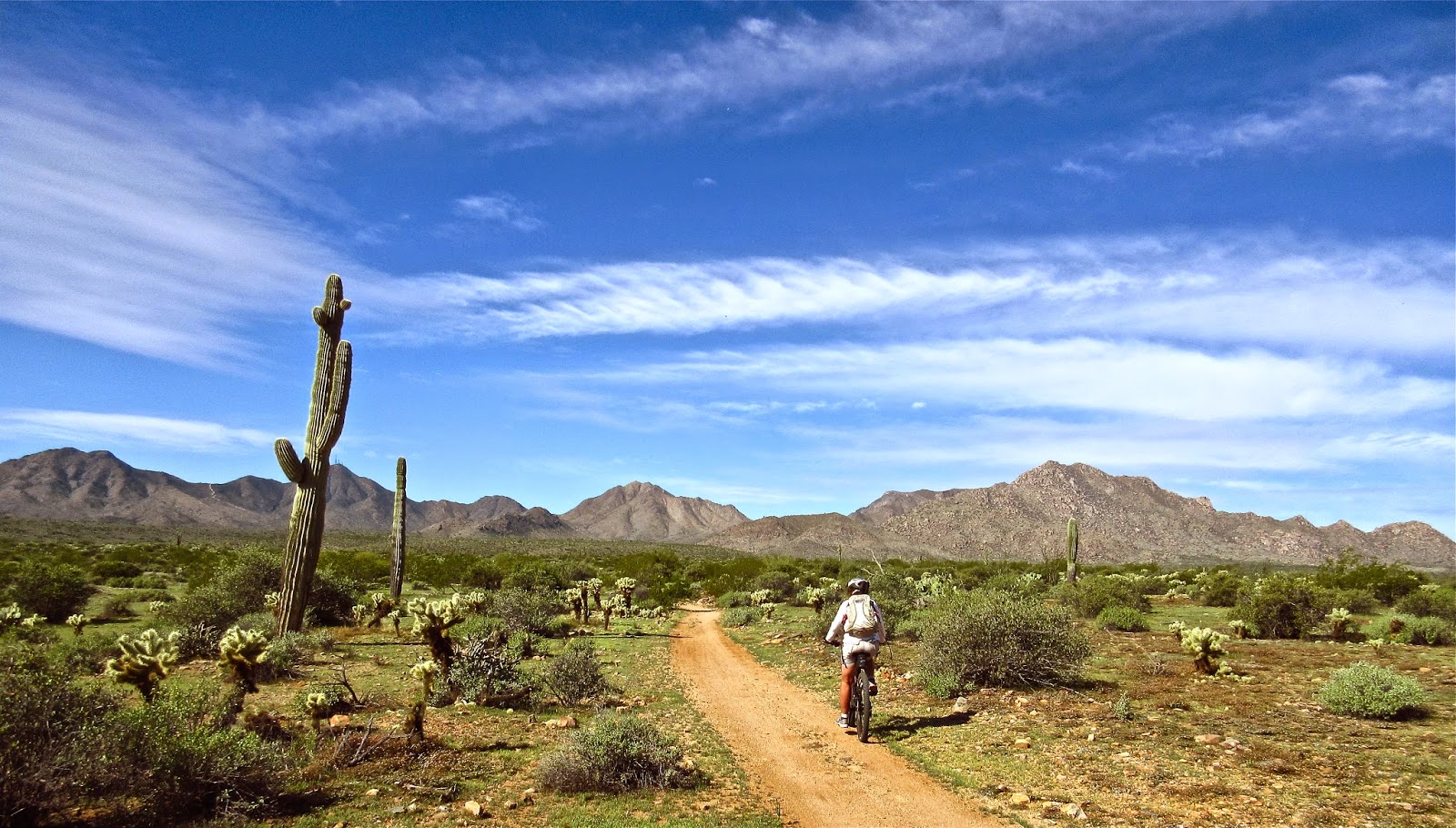 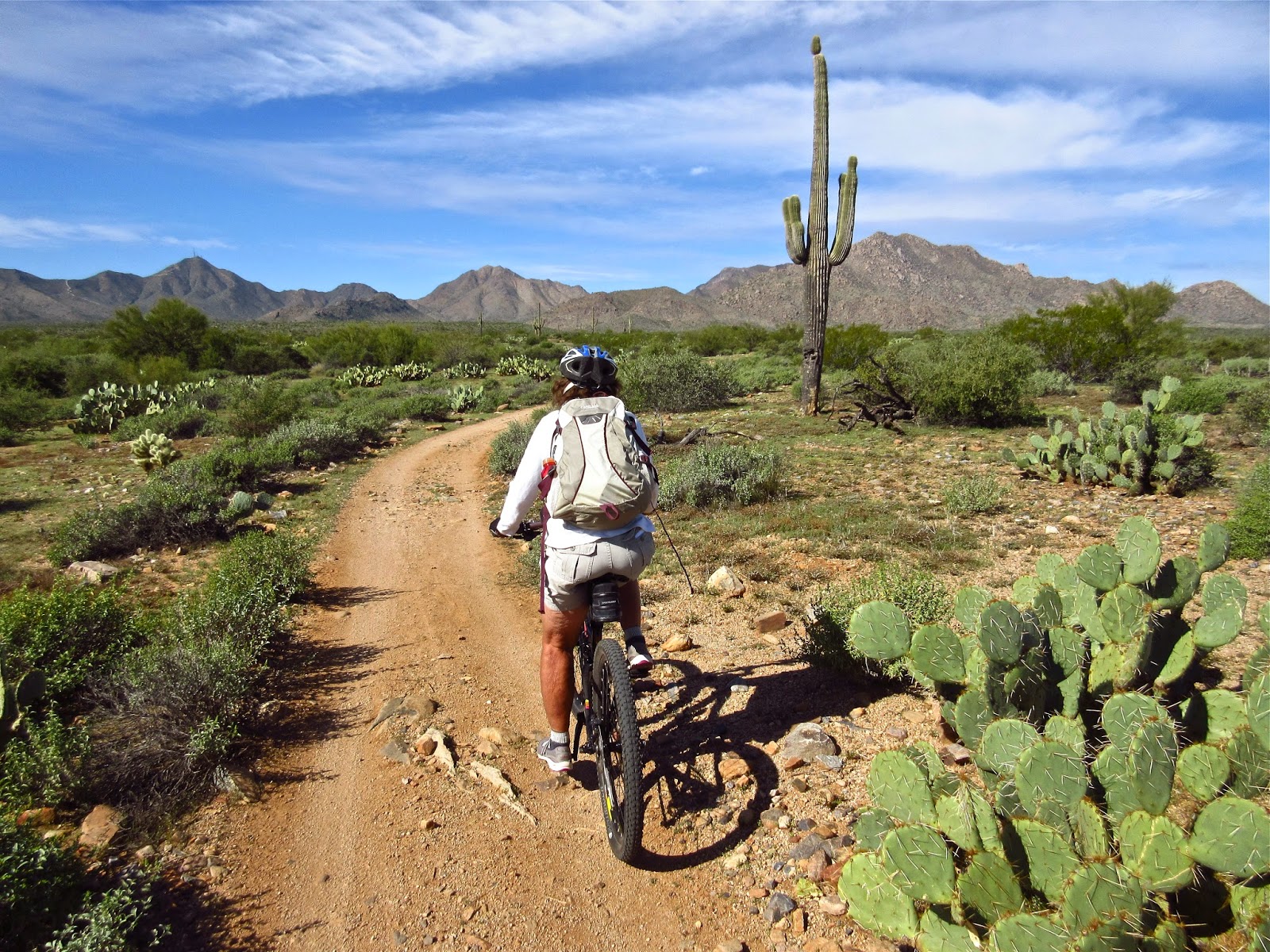 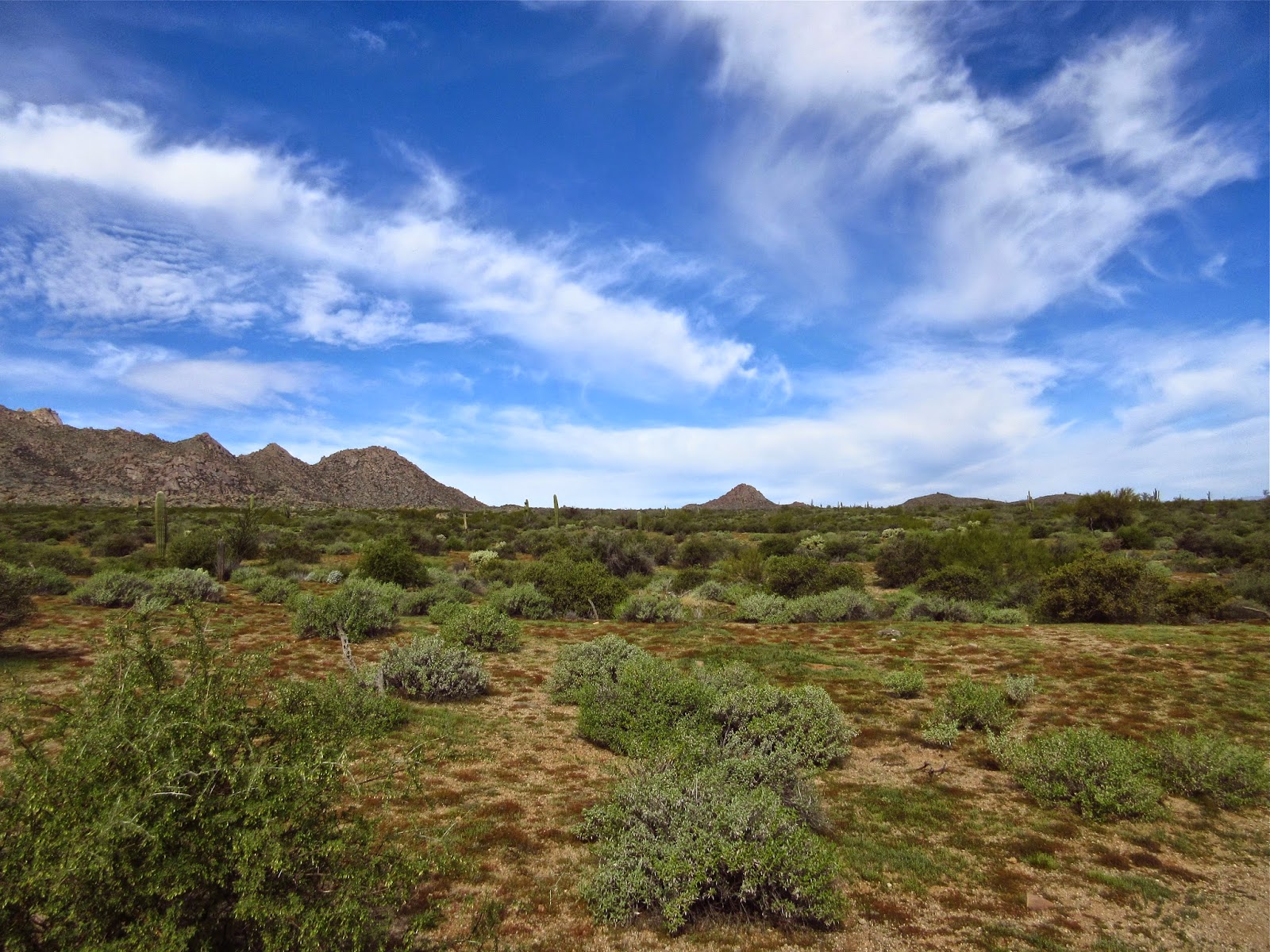 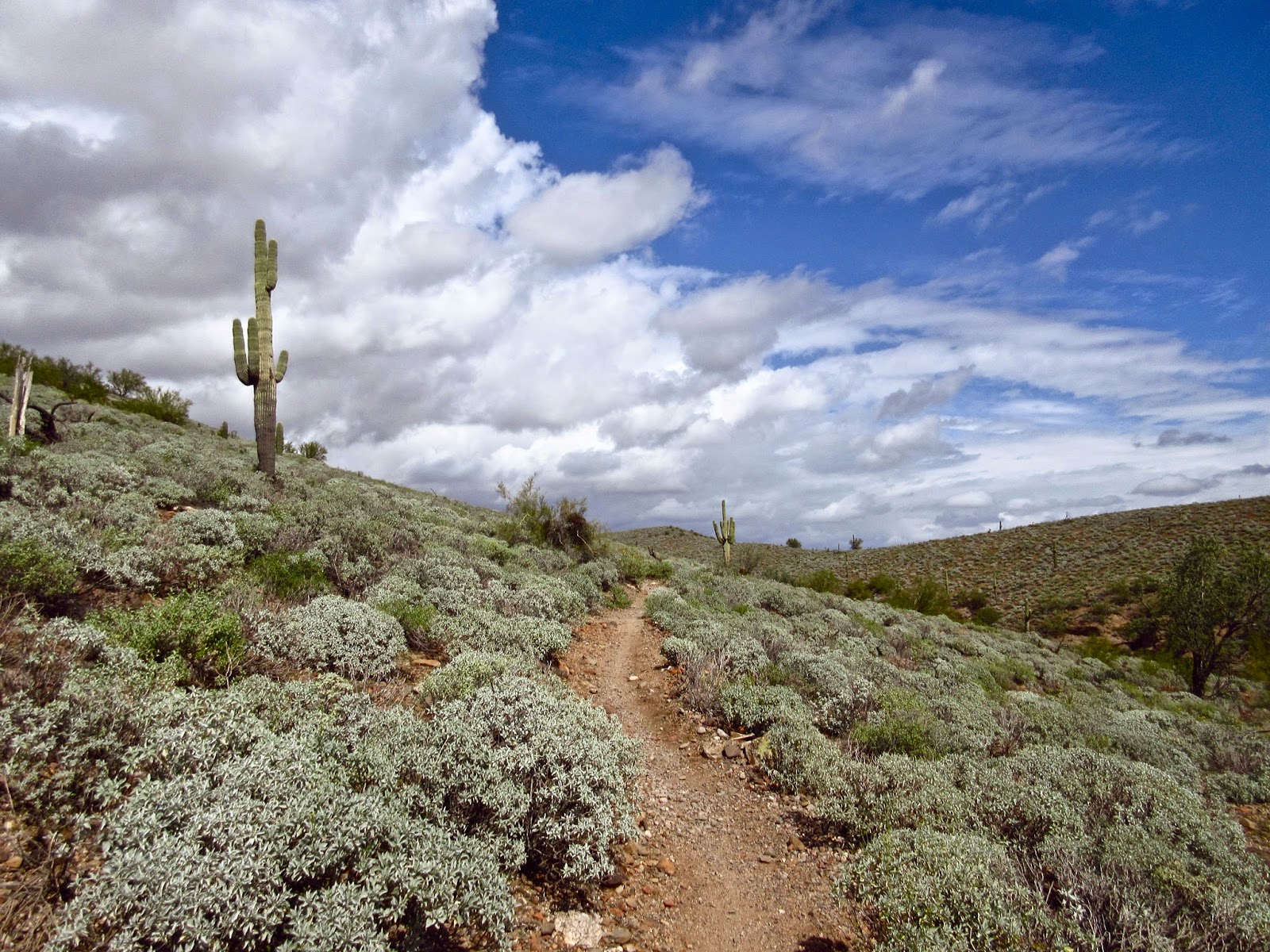 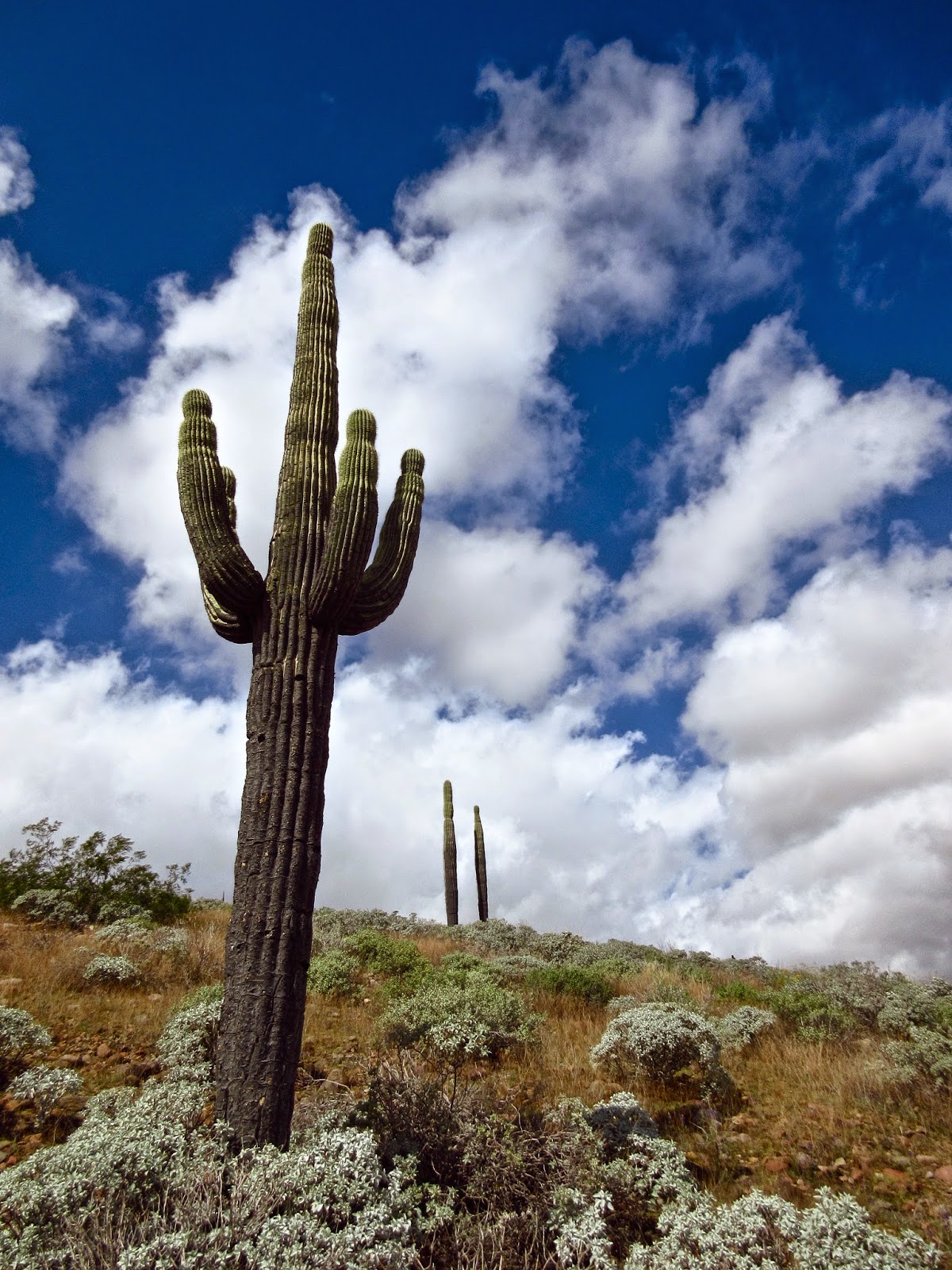 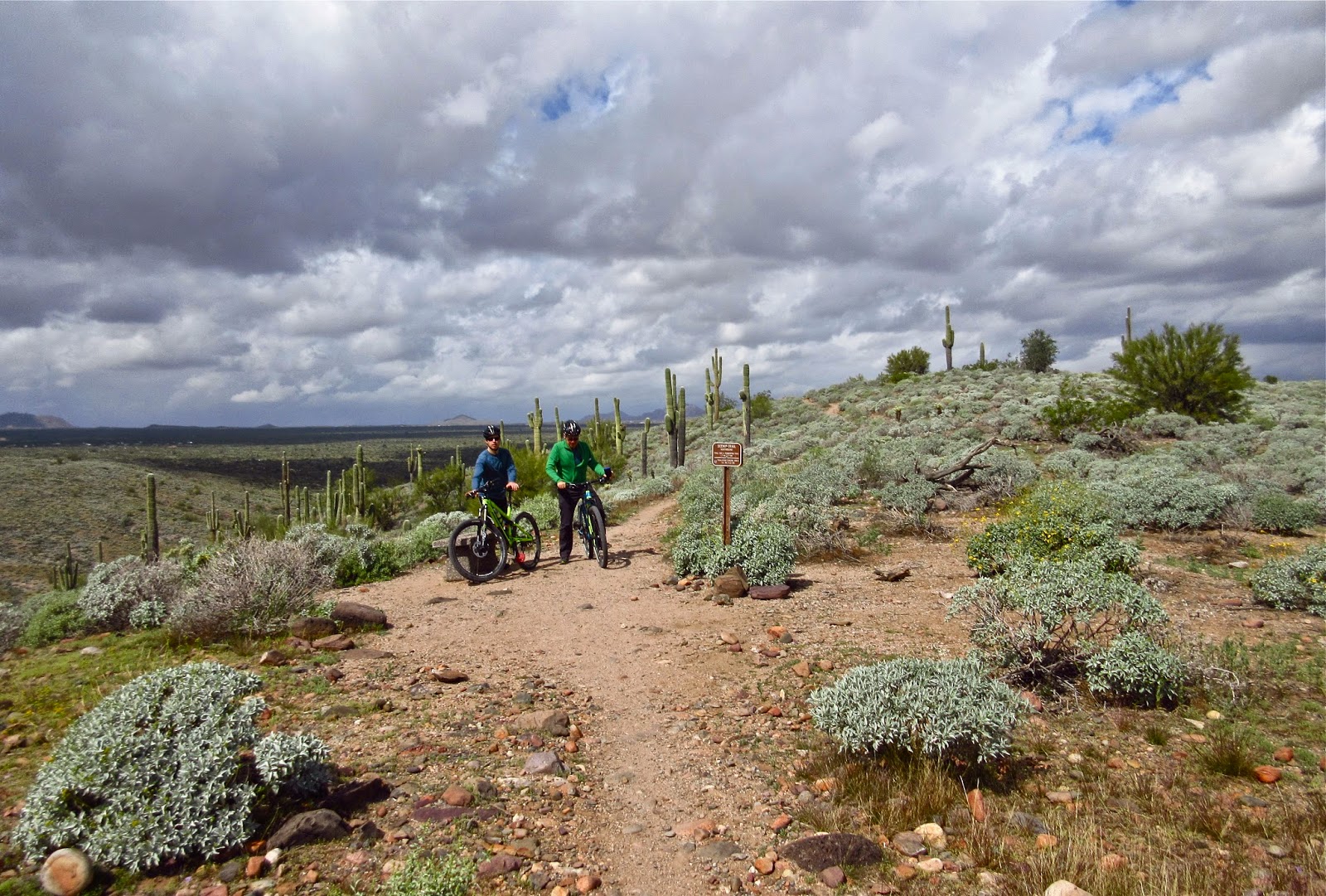 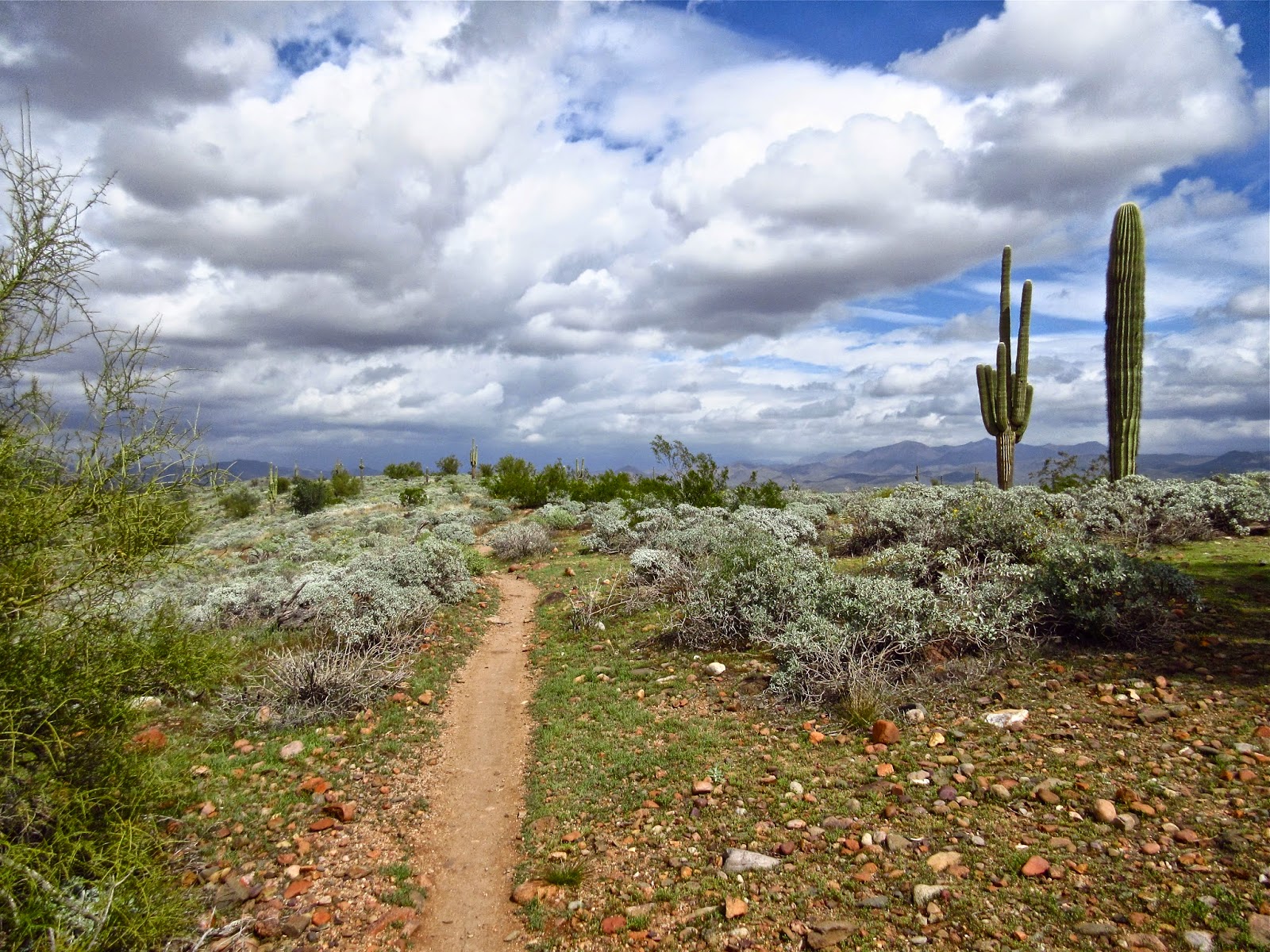 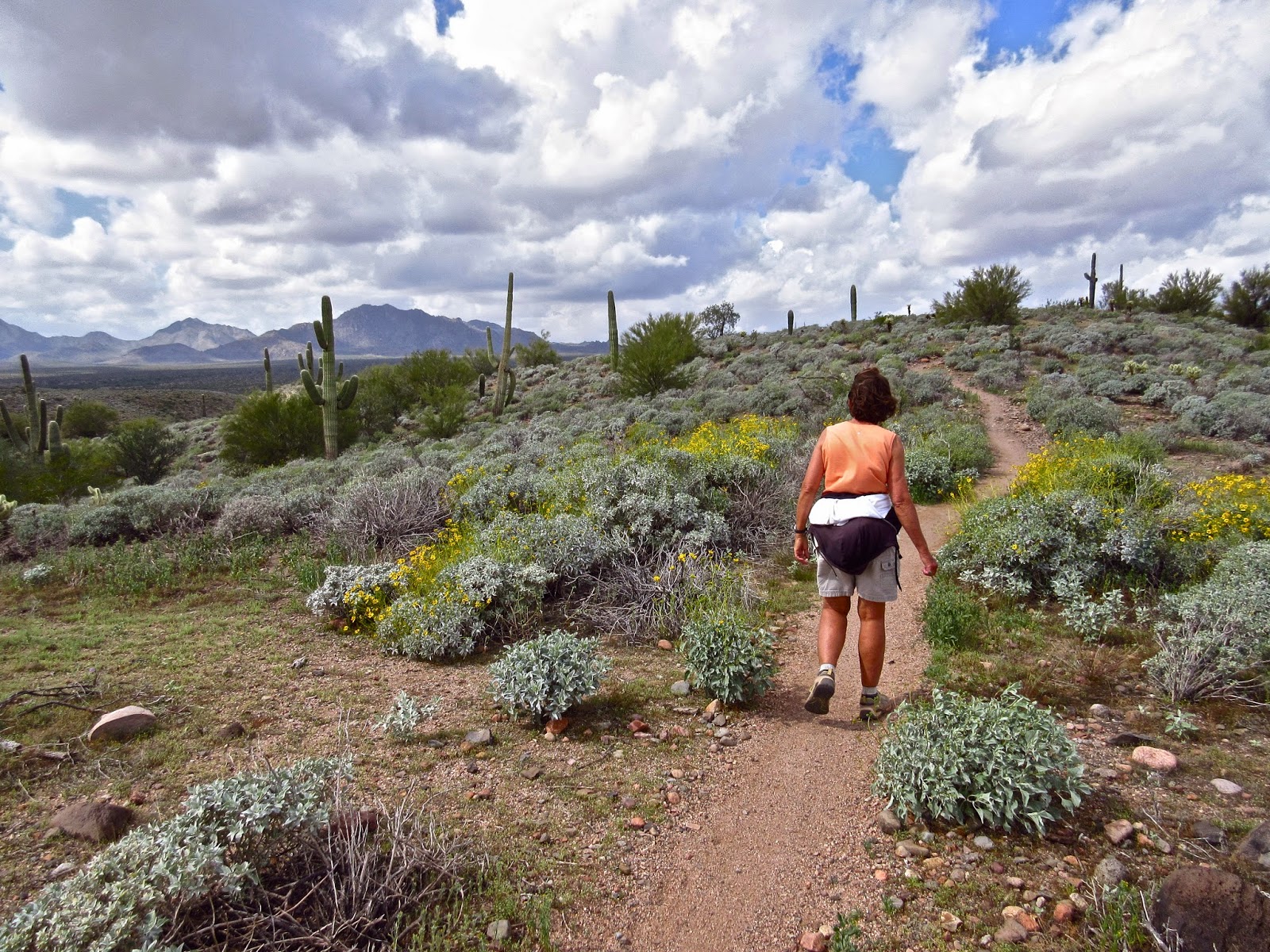 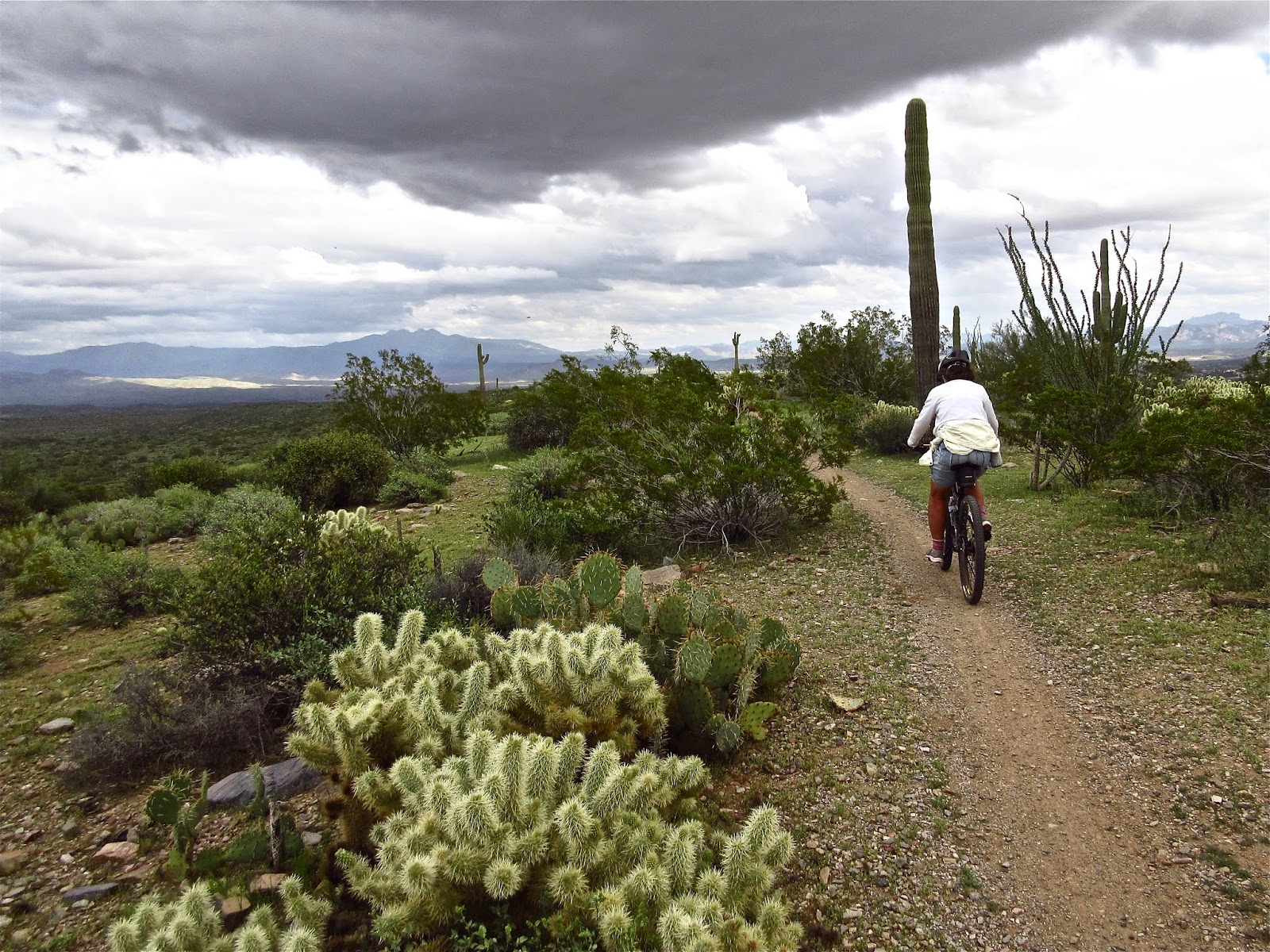 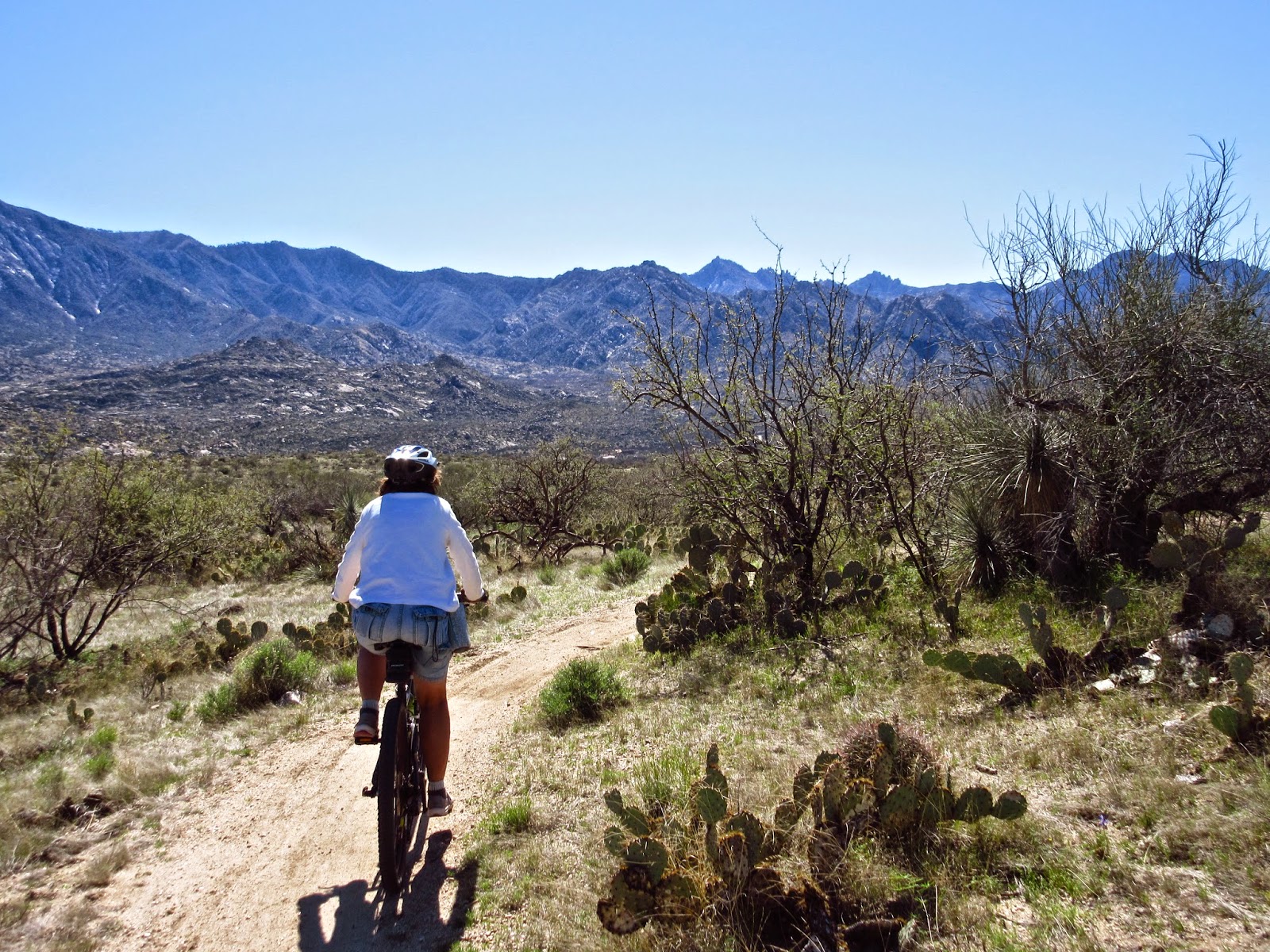 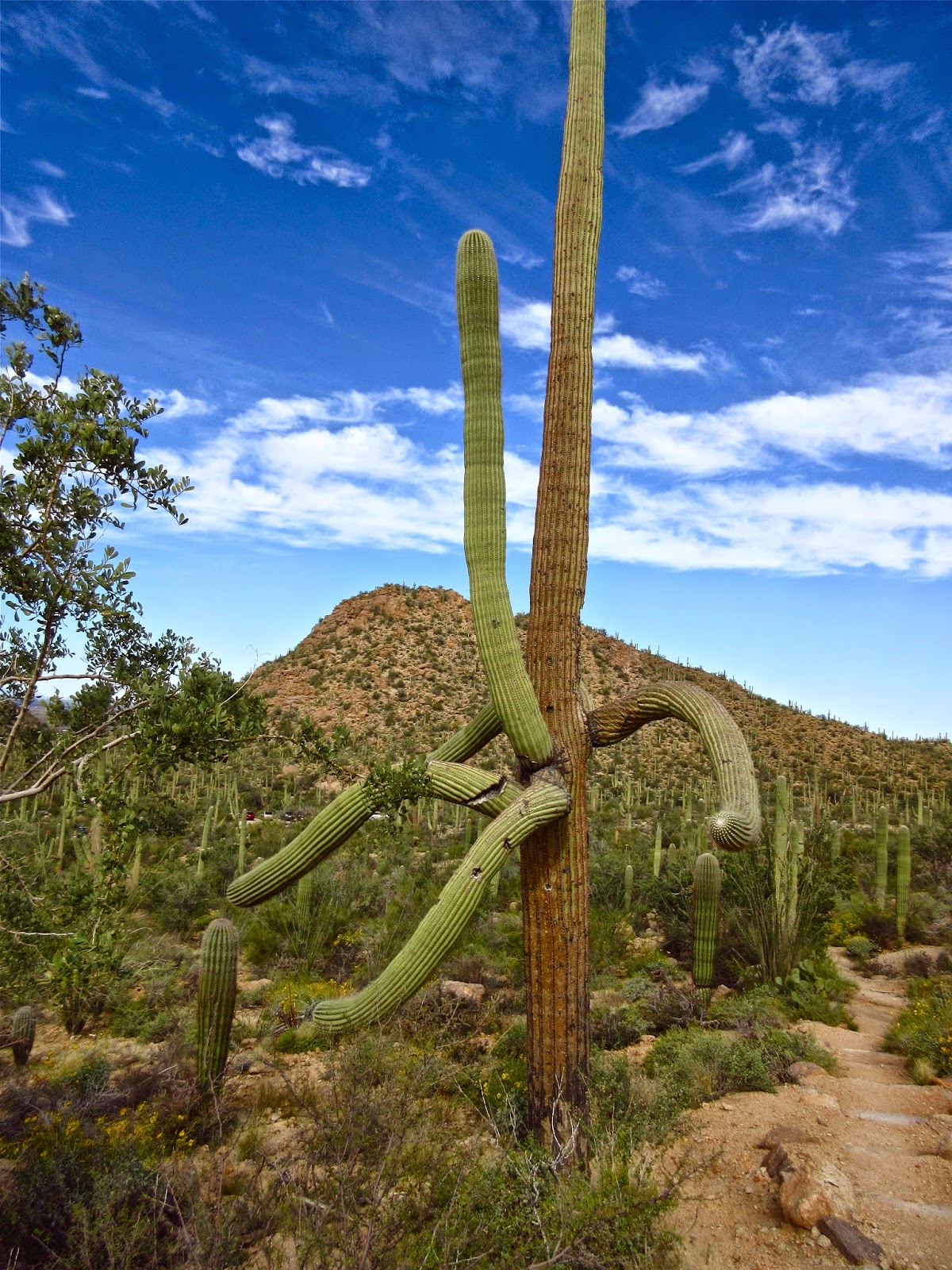 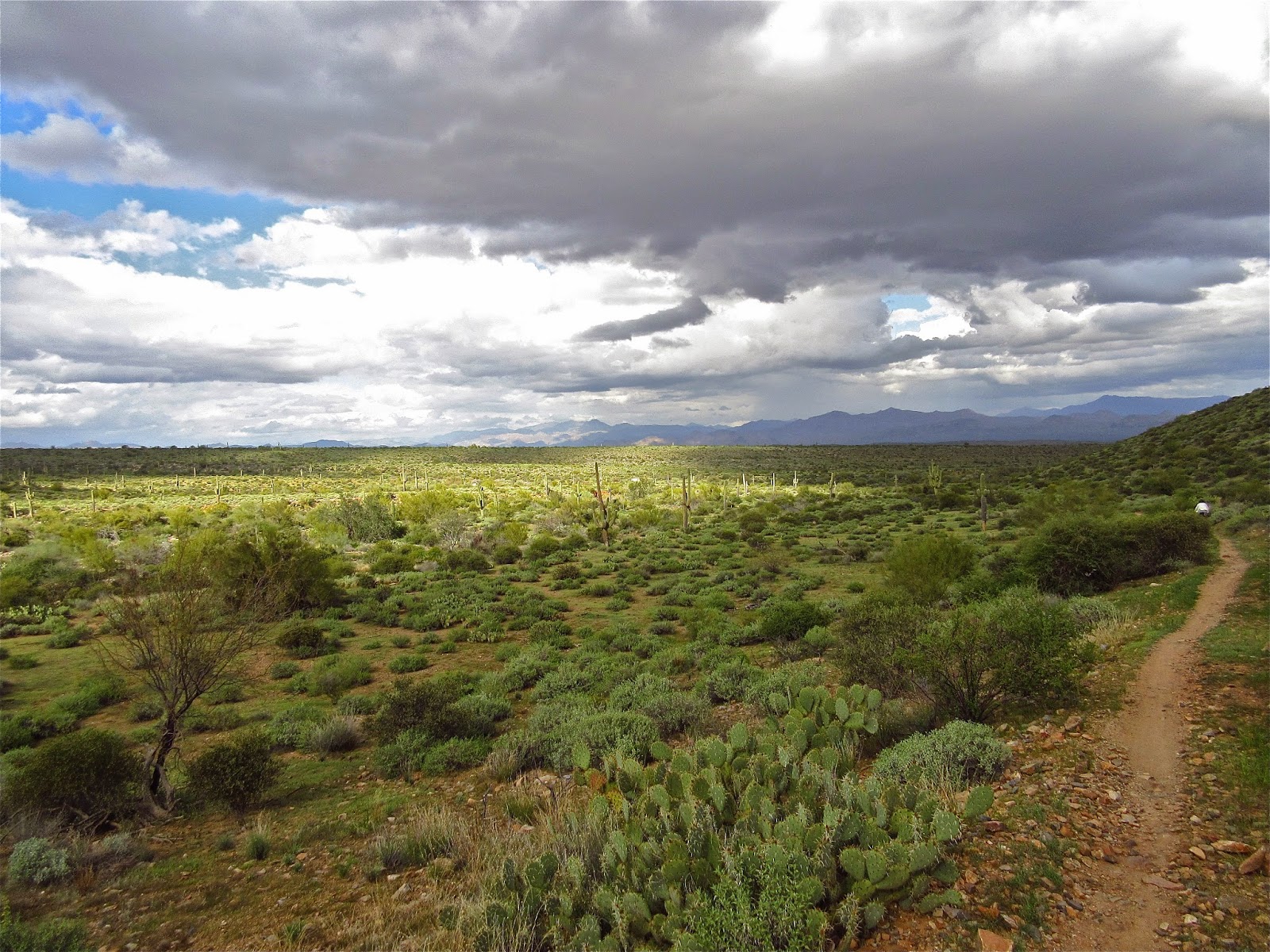