Even with Lovely Ouray's temps in the 70's, I'm here to tell you that unobstructed high altitude late-September sun can be brutally hot. It's almost like an infra-red kind of heat, one that cooks you from the inside out. So there I was, feeling like the flammable focal point under a magnifying glass, sweating out placements of the few remaining shingles on the roof of one of two new storage sheds Bobbie and I had just constructed—something to house our mountain bikes and other "stuff" that seems to multiply faster than wives and children at a polygamist commune, and up strolls "What-About-Bob." Bob's friendly and outgoing, yet somewhat of a pathetically forlorn character not unlike the one Bill Murray played in the movie… a lovable, offbeat, and entertaining kind of guy, but one who'd move into your spare bedroom in a heartbeat if you didn't watch out.

Bob's a thirty-ish nail-driver on the house under construction next door to ours—the one that now eclipses our view of all but the tippy top of Mount Abram (sigh). Bob's never at a loss for tête-à-tête; he has an infectious exuberance for Life and "High Times," both literally and figuratively.

Likable Bob wanders over and hoists a bundle of (unneeded, but thanks) shingles up the ladder as I nail through a veil of eye-stinging saltwater. It's his lunch break and he plops the load down with a thud and asks if I want to share a "bowl." I'm sweating like a skewered sow at a luau, not in the most gregarious of moods, and long unaccustomed to getting propositioned, let alone getting stoned with someone young enough to be my grandson… and this before Ouray's noon siren. I imagine all the "too do's" on today's list losing their strikeout lines one by one. Using my tattered "Life Is Good" hat to mop sweat from eyes and forehead, I reply, "Thanks, Bob. Maybe next time," upon which I take a regretful swig of Aqua-Fina, irradiated to the verge of boiling. Time for a break.

I invite my new What-About-Bob shadow to come in while I grab a cold drink. "Sure, man." Up the stairs we go, Bob chatting away about a new girlfriend that he met at this year's Rainbow Gathering. I walk to the fridge and hear an audible gasp, "Whoa," as Bob steps into the cockpit of our jumbo-jet living room, its trio of Imax Windshields seemingly forewarning that a crash and burn into one of the most colorful and beautiful mountains in the world is imminent.

I guess What-About-Bob types are put on this earth for good reason. Our "Bob," apparently, is here to remind me of how fortunate Bobbie and I are to live in such a dreamy, awe-inspiring place. He gushes over the view, the size of the windows, the looks-like-real-wood flooring that I tell him is made out of recycled water bottles just like the freshly opened cold one in in my hand.  "Nooooo! You're shit'in me?"

Suddenly, I'm up to my knees in a strange brew of near-embarrassment and lack-of-gratitude. How quickly one forgets. How easily the new norm erases memories of struggle and hard times. How soon one takes for granted what would be the wildest dream come true for What-About-Bob types. In fact, this life we are living? It's way beyond my wildest dreams when I was Bob's age and living paycheck to paycheck.

I stare out the Imax Windshields with Bob, sipping from someone's future floor, taking in The Blowout's rainbow of rust colors, listening to him ooh and awe like it's the Fourth of July. I thank him for reminding me to appreciate something I've grown desensitized to and take for granted. He blurts out, "I'm a songwriter you know, and this shit is inspiring. I wish I had my guitar…I usually carry my guitar in the car but I didn't bring it today." I breath a sigh of relief, thinking about the "to do" list. "I'm going to bring you guys some beer," says What-About-Bob. "What kind of beer do you drink?"

What-About-Bob's boss drives up the lane, returning from lunch. Bob and I head back to our respective "grinds," his, a life of driving nails, a Rainbow Gathering girlfriend to write songs for—a life more filled with unrealized dreams than dreams realized. And me? Well, pretty much the other way around.

Be good
Be gracious
Be grateful

Mark and Bobbie…with appreciation for, and anticipation of, Life's continuing saga. Peace Out, People... 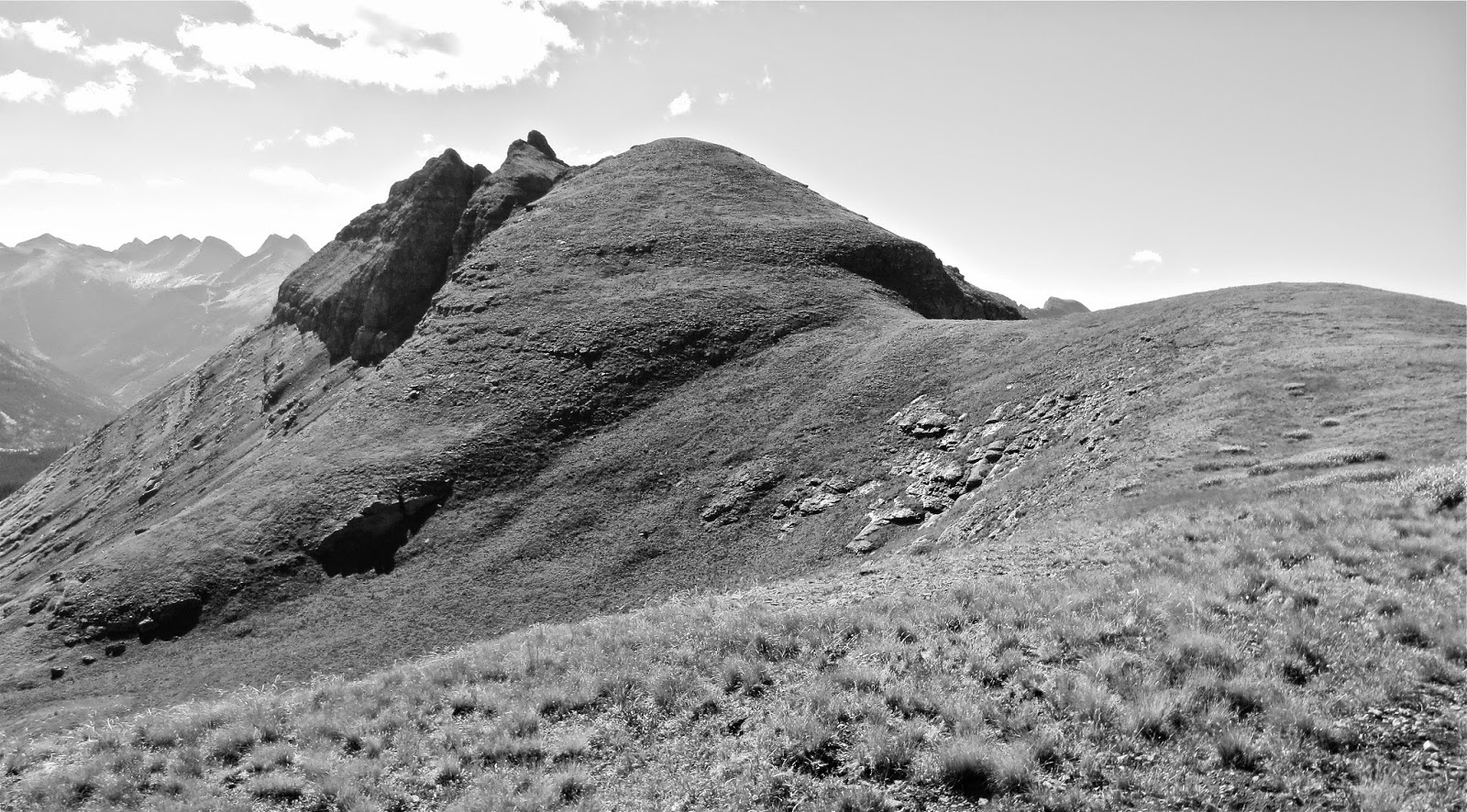 On day two of Goldie's trial run campout at Little Molas Lake we decided to climb above Ms Autumn's colorful quilt… to see the patterns and shapes from a different perspective. Any week now Old Man Winter will begin to pile foot upon foot of white plague on the 13'ers above Little Molas… making it more and more off limits to all but the hardiest, and sometimes foolish winter backcountry enthusiasts. Here are a few Ansel Adams moments from 13,000 feet above sea level, and then a few moments from my digital Kodachrome Canon. 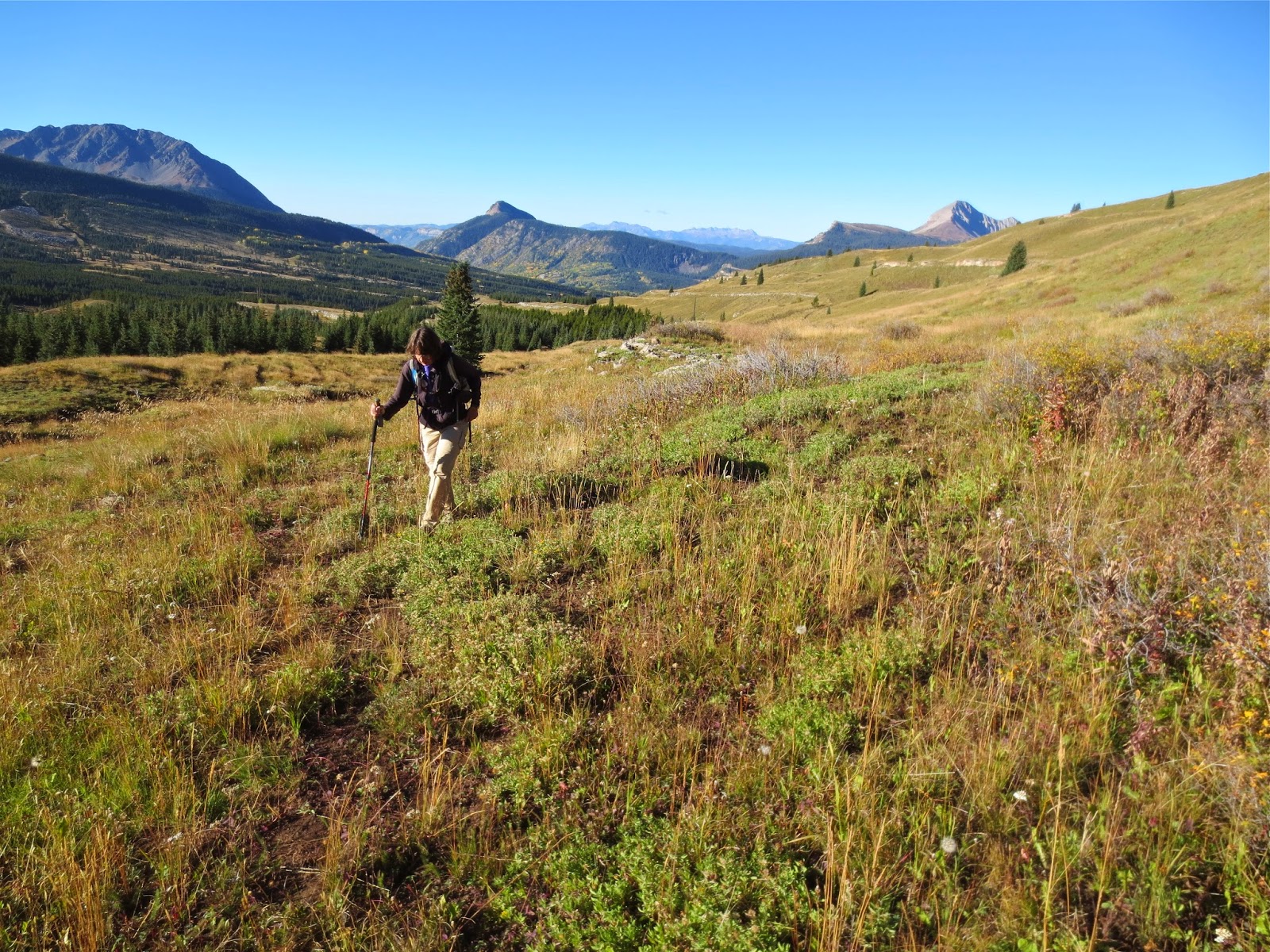 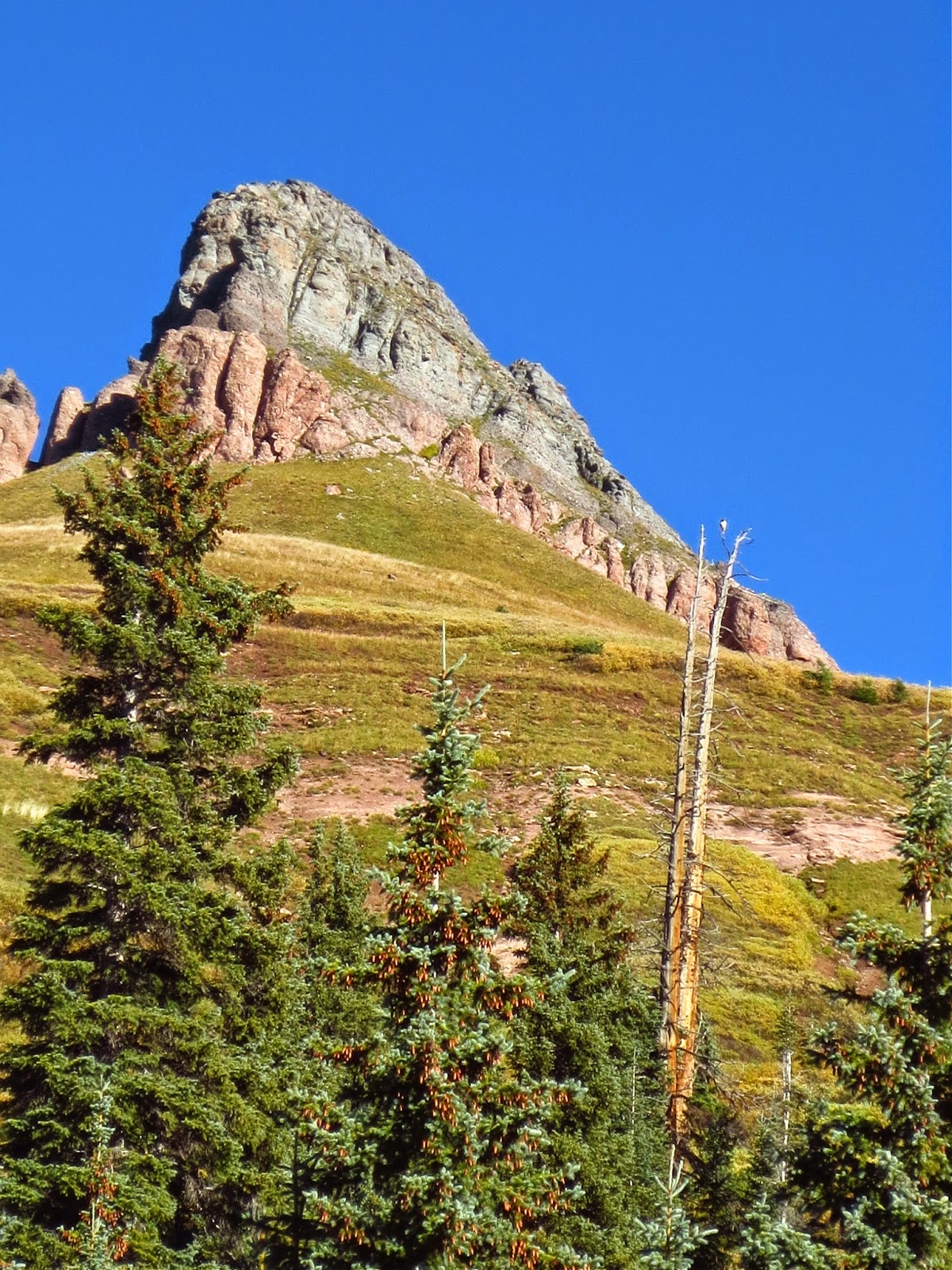 Note the hawk above the two dead trees… 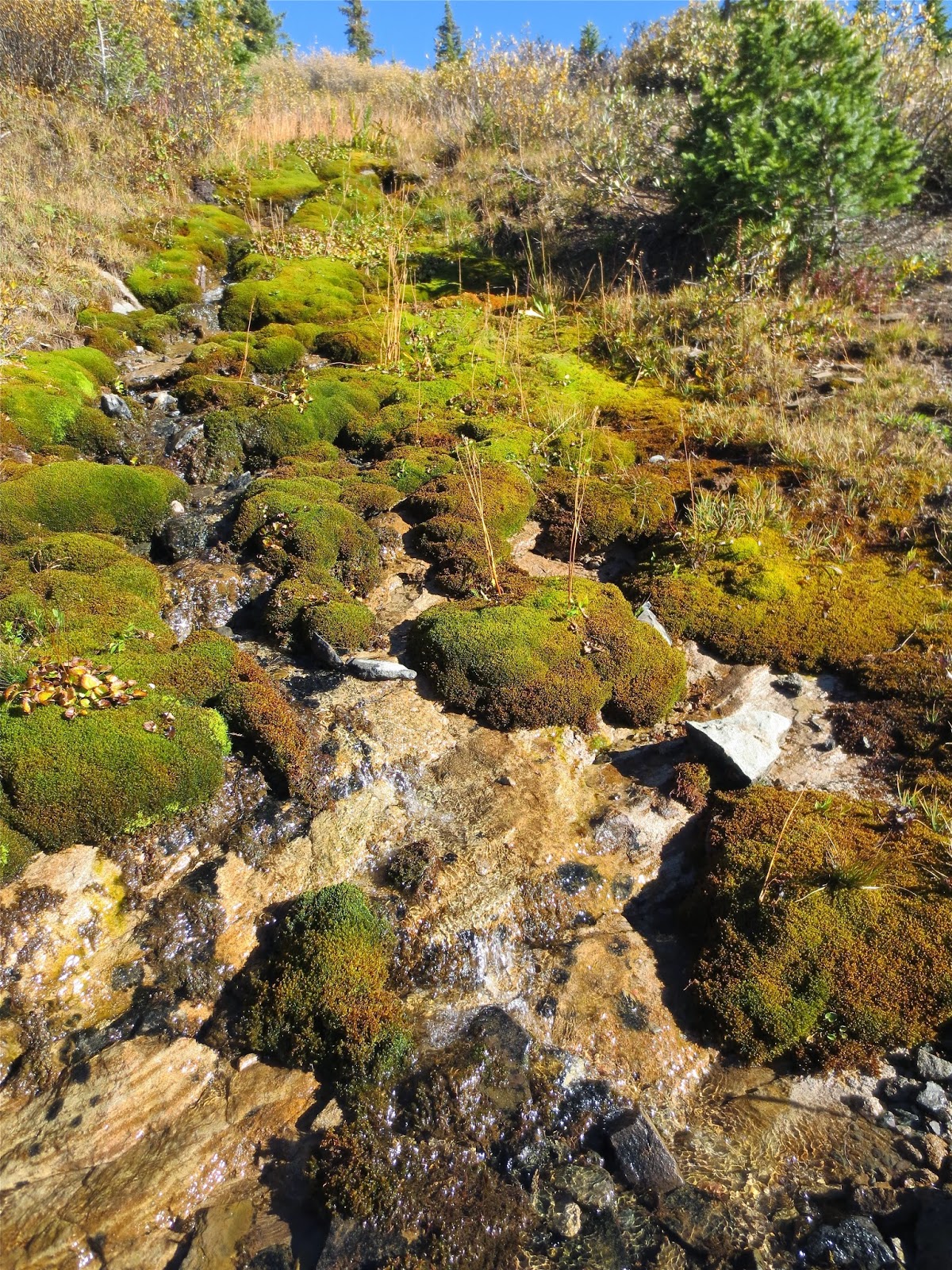 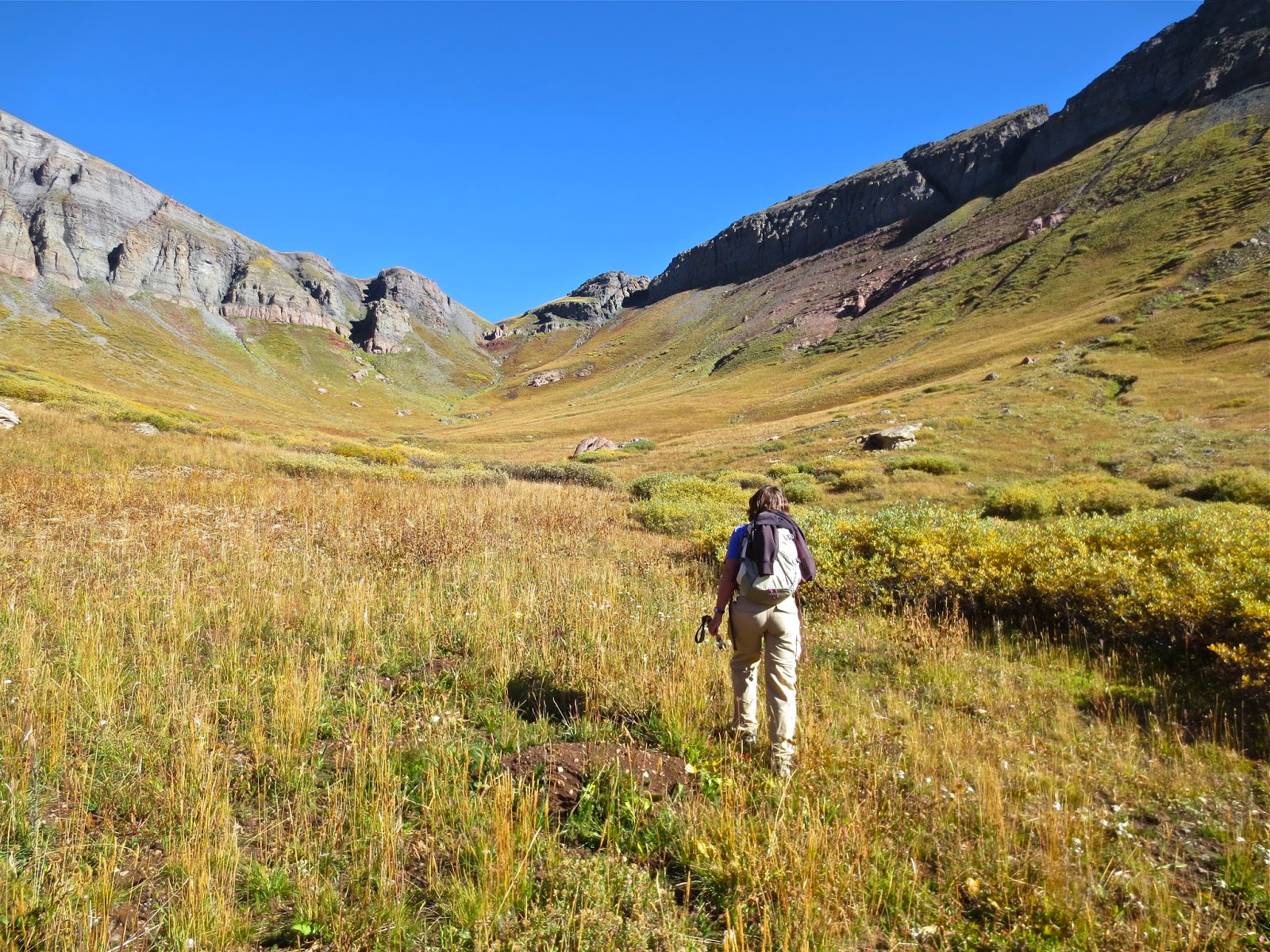 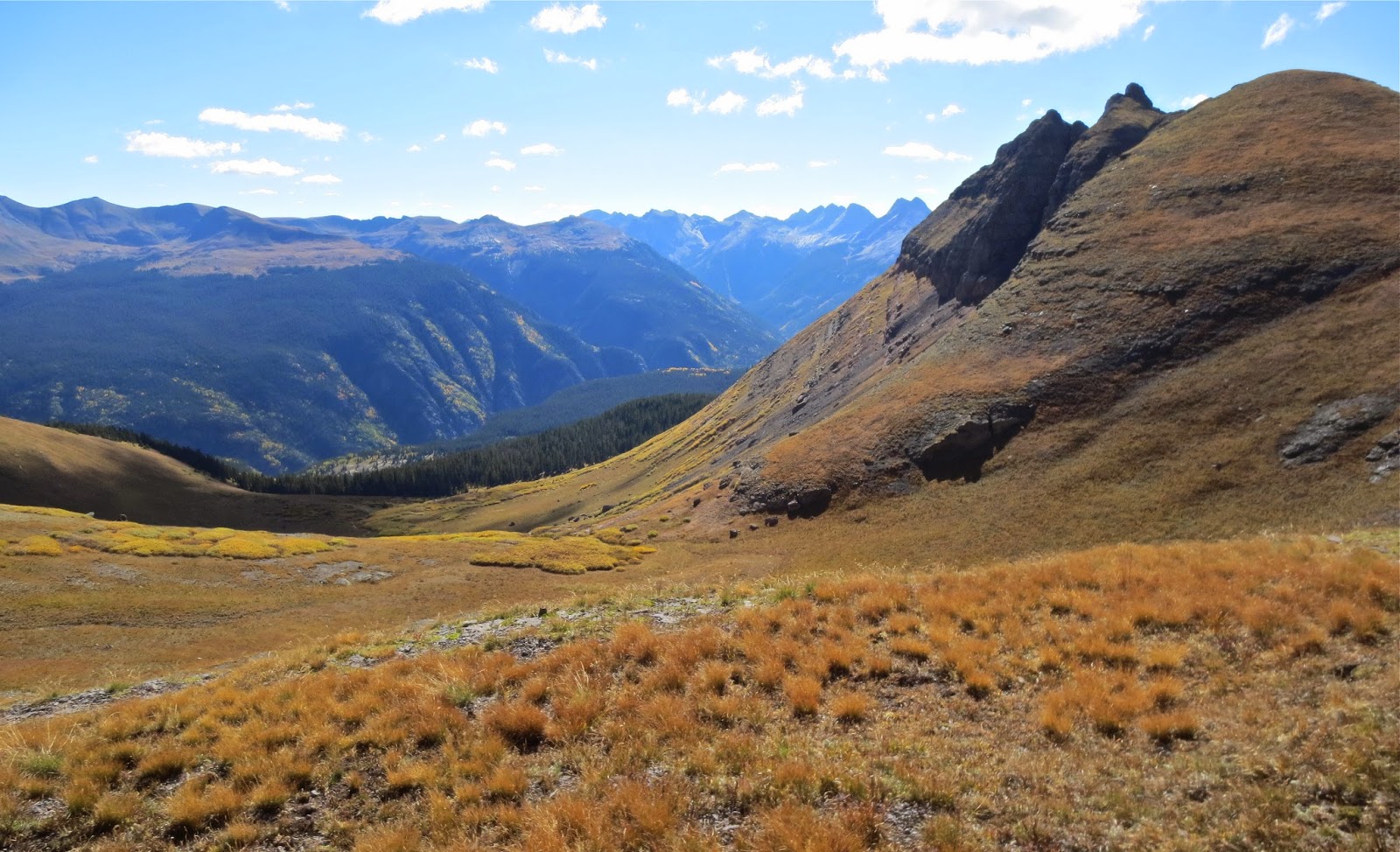 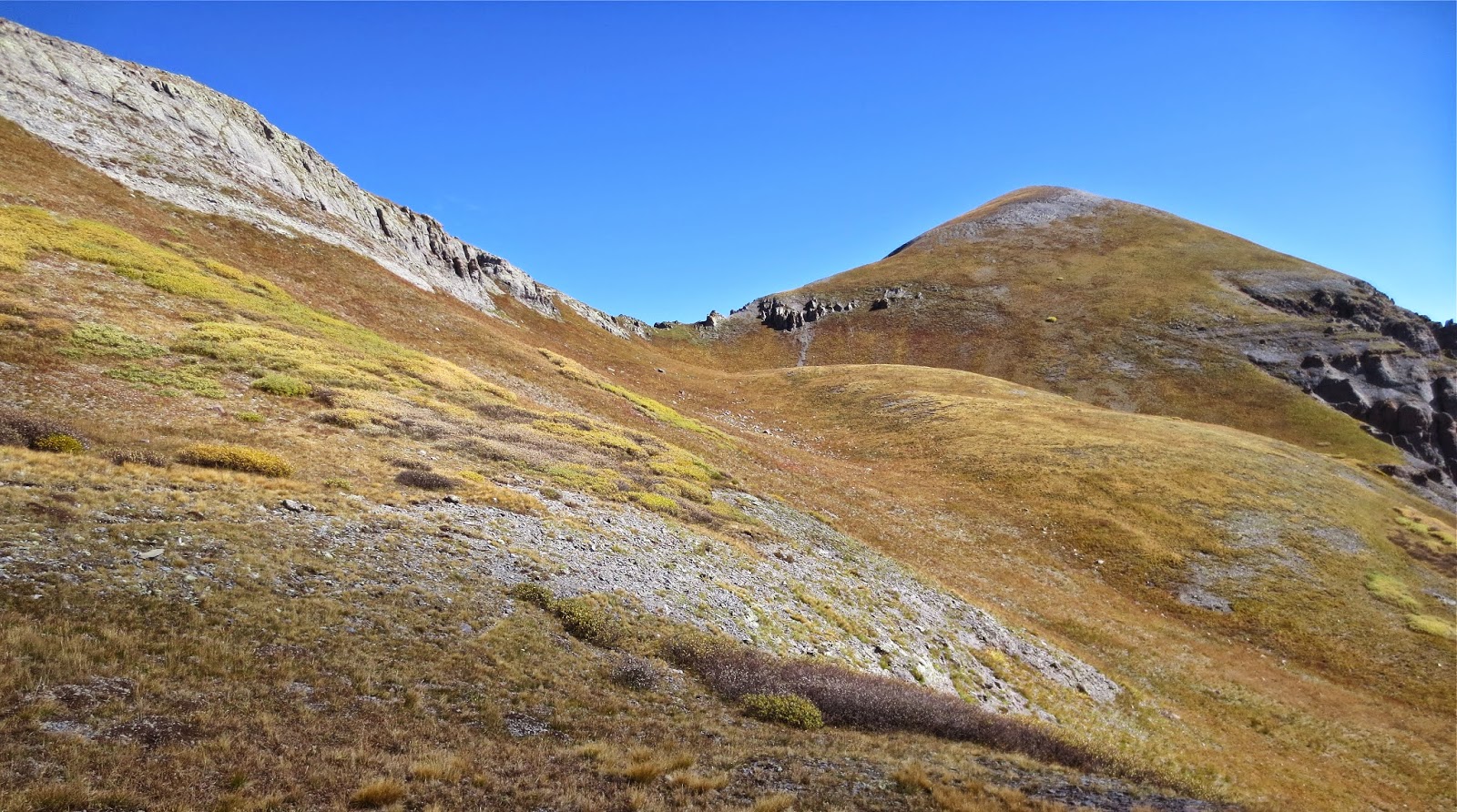 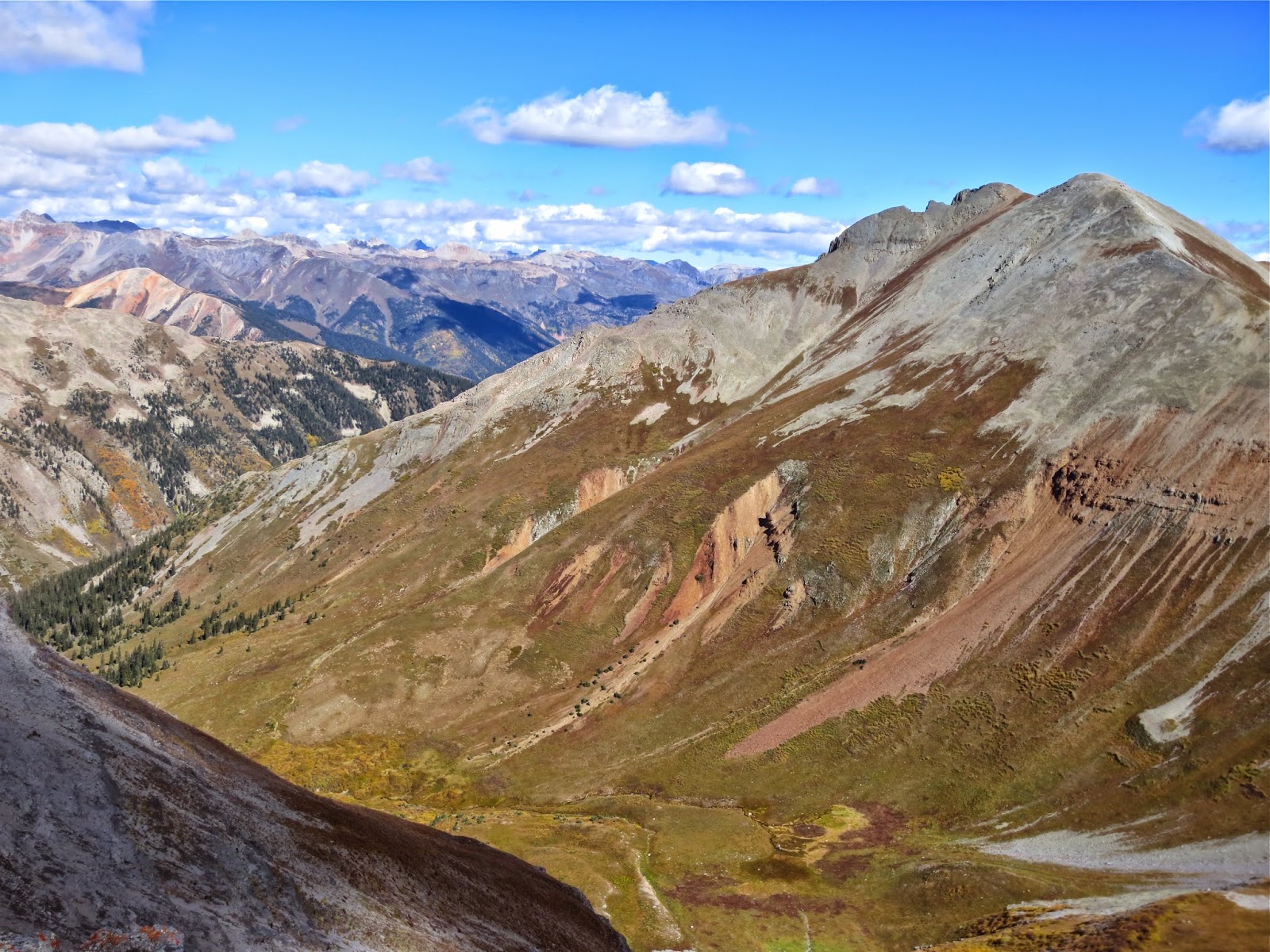 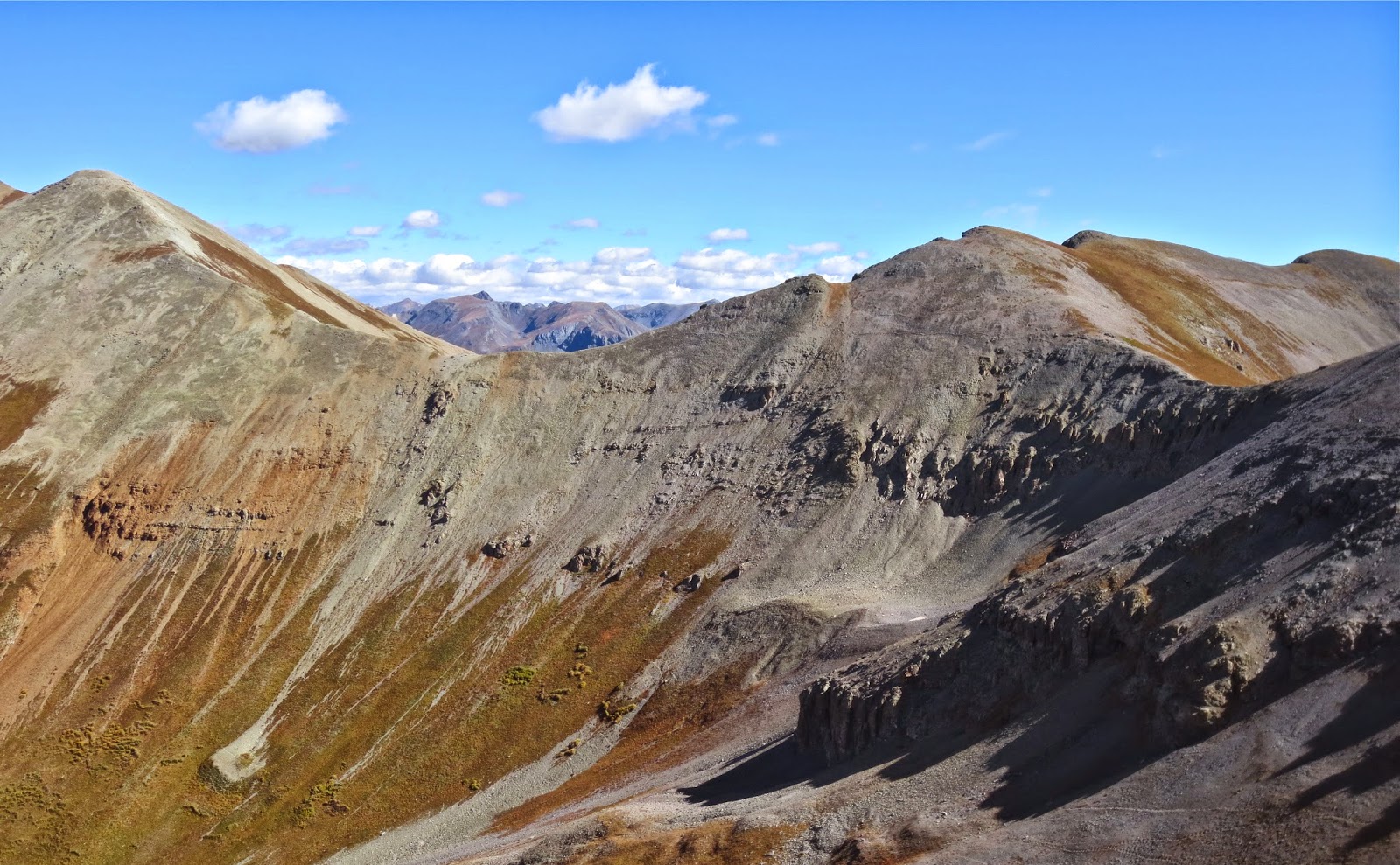 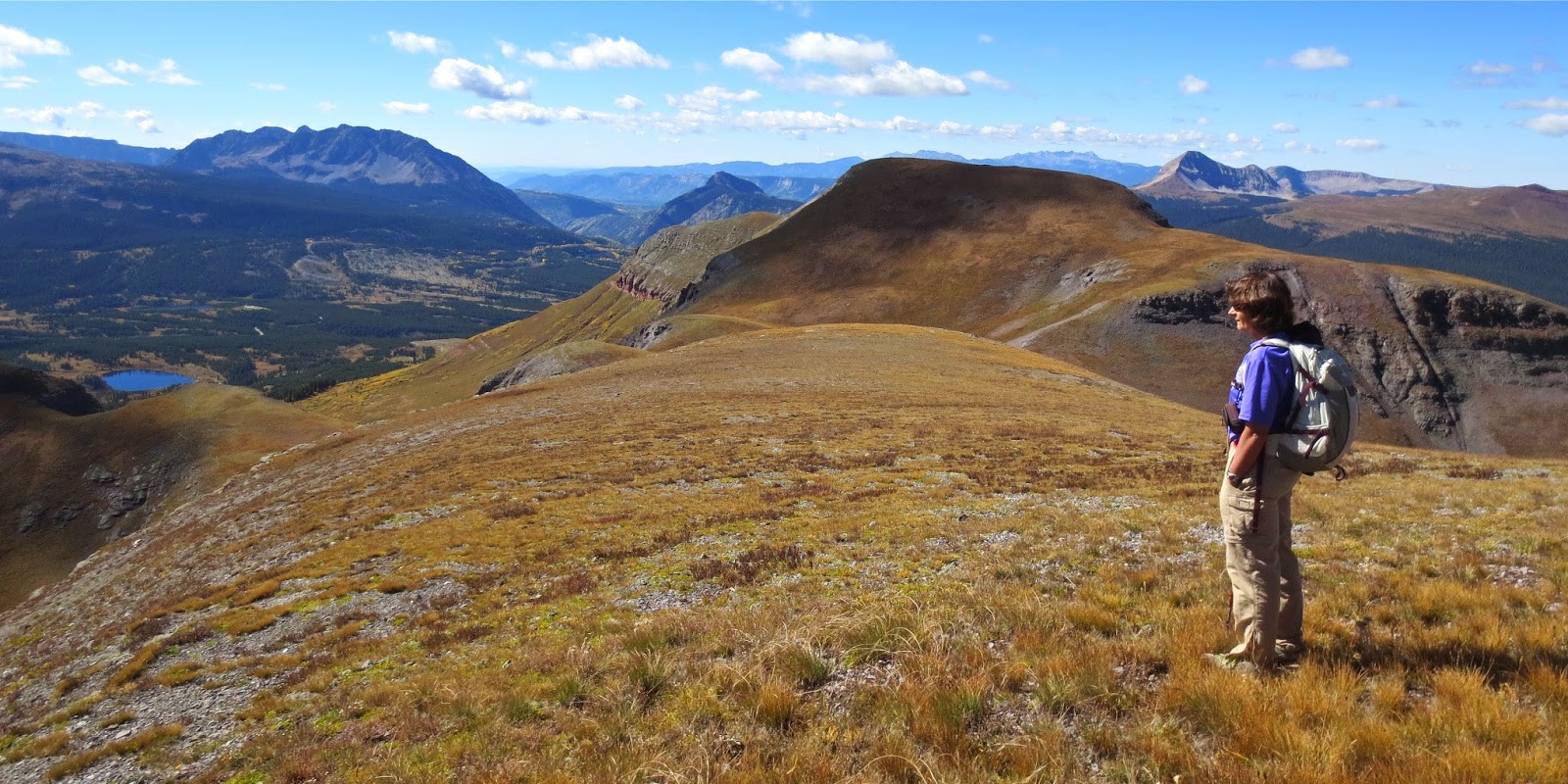 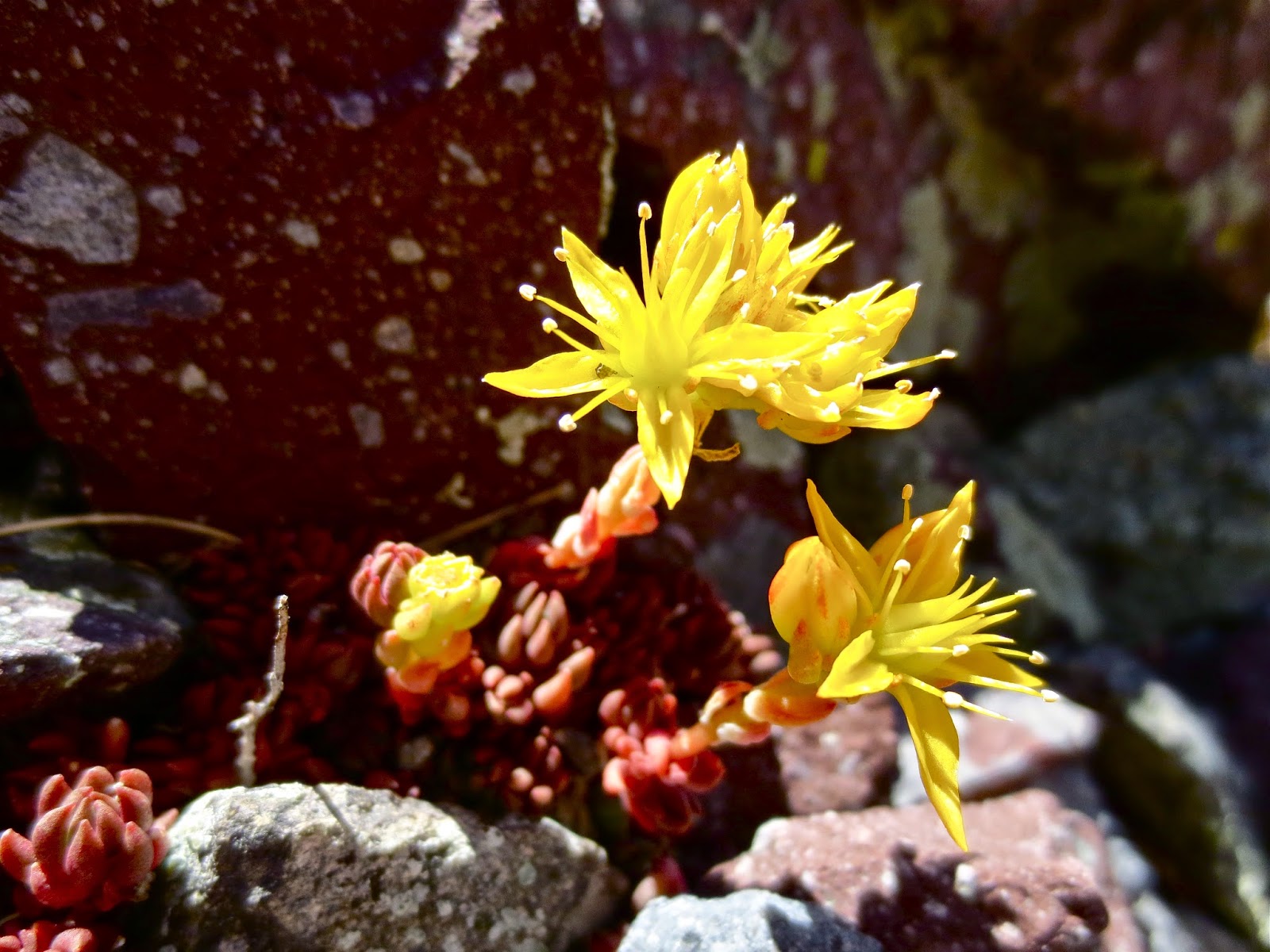 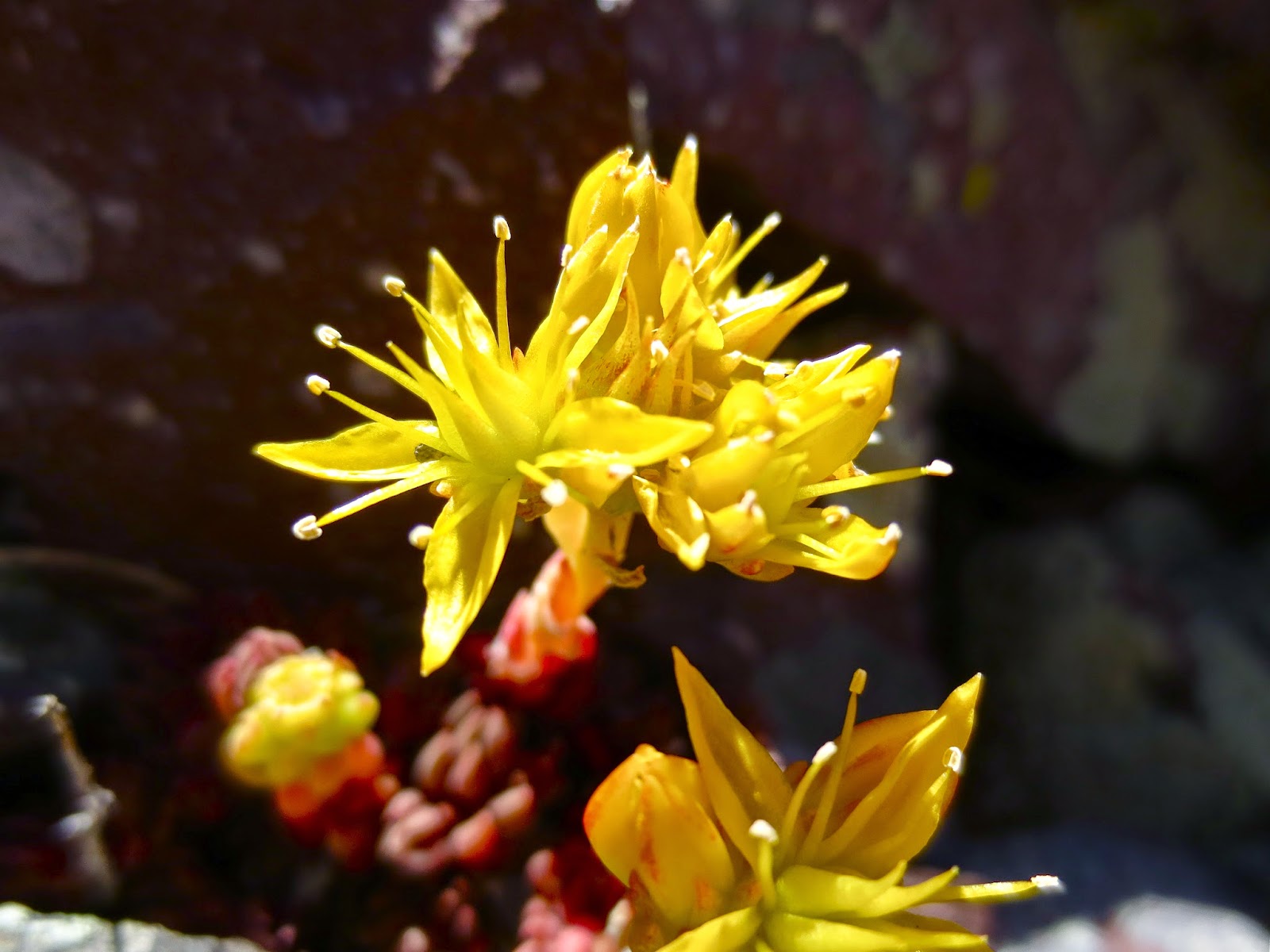 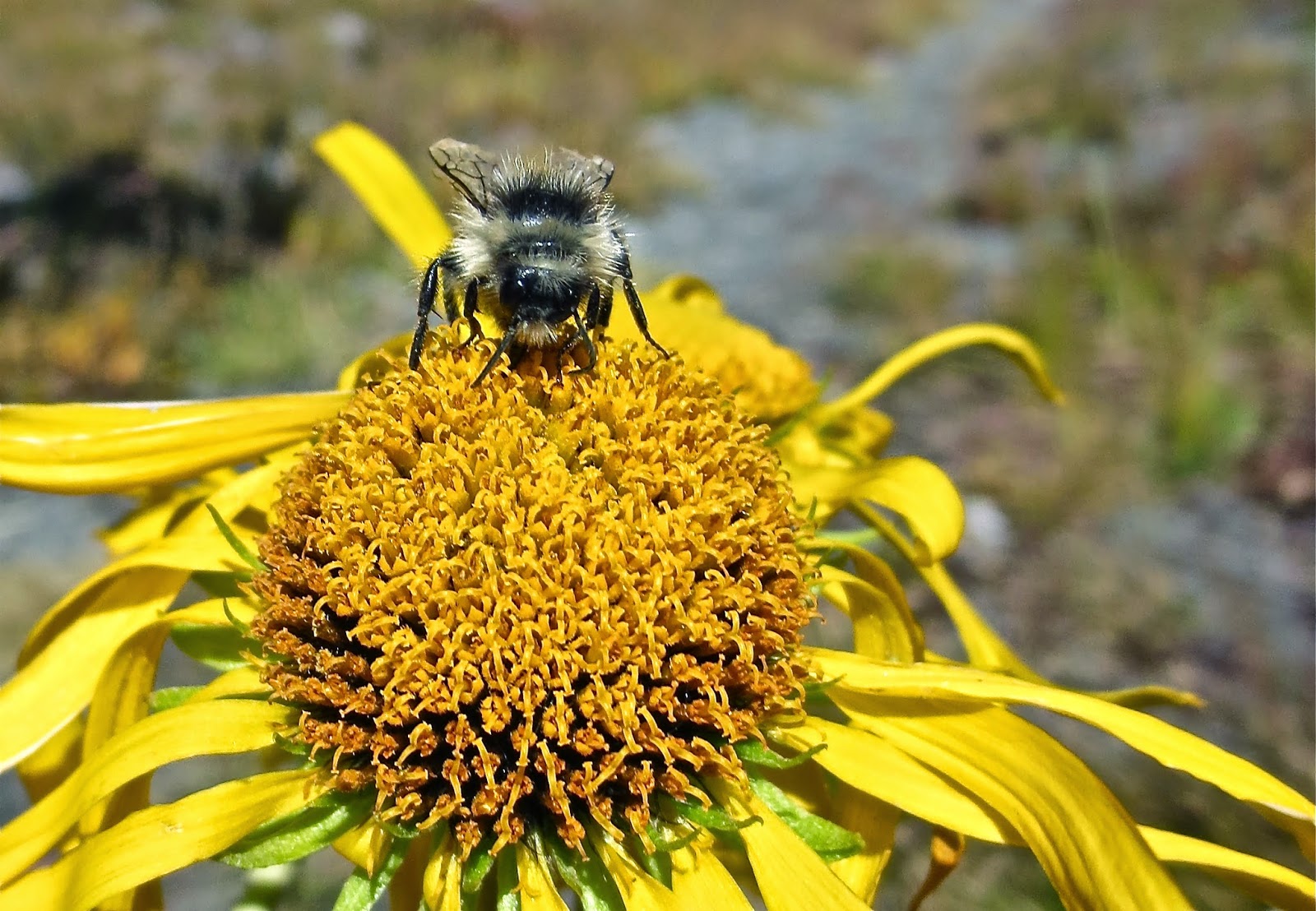 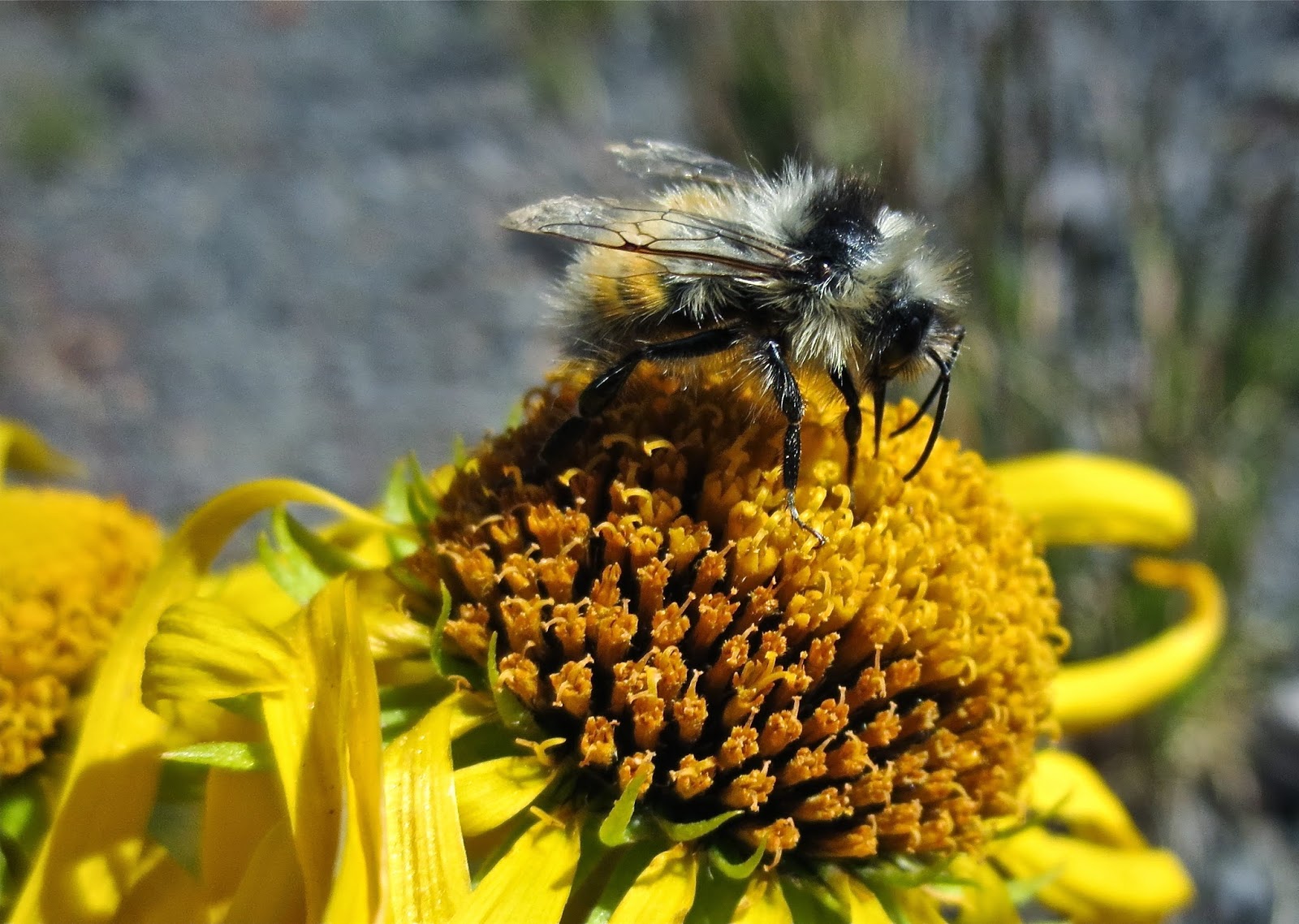 Stay tuned, as we plunge back into fall colors next time, and maybe for a while :))
Posted by Box Canyon Blog.com at 11:33 AM